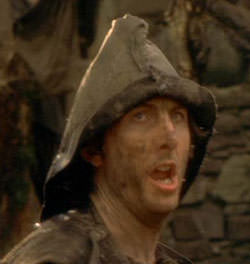 PLAGUE! PLAGUE IN THE ANGELES NATIONAL FOREST!!!111! Those are the types of headlines you’ll be likely to see over the next few days, now that a plague-infected squirrel has caused several campgrounds in the eastern reaches of the Angeles to shut down.

The Broken Blade, Twisted Arrow, and Pima Loops campgrounds near Wrightwood are closed for at least a week while officials try to clean out squirrel burrows to control the fleas that transmit the disease to humans.

While bubonic plague is still a deadly disease, it can be effectively treated with antibiotics if caught within the first 24 hours. If you notice the symptoms of bubonic plague or think you may have been exposed, see a doctor as soon as you can – but don’t freak out. The plague has been around these parts before (although usually in the Four Corners region), and will continue to be wherever fleas can find a home. Plague cannot be transmitted person-to-person.

So just watch out for rodents on the trail!