Big news – parts of the Angeles National Forest have re-opened to the public.

While the vast majority of the western Angeles National Forest will remain closed through September 2010 (or until later orders open up small chunks of that land), most of the forest to the east of the 39 is now open – including the Mount Baldy area, Mount Baden-Powell, and the Devil’s Punchbowl in the Antelope Valley.

Also re-opened are the extreme western portion of the ANF, the Desert Marksman Rifle Range, Little Rock Reservoir, and some portions of the mountains near Altadena. The Forest Service released a PDF map of the re-opened areas (which is a bit tough to read at close zooms), but it looks like Echo Mountain, Henninger Flats, and Santa Anita Canyon west of the Chantry Flats area are all good … although I can’t tell whether Chantry Flats itself is open or not. It does appear that the Echo Mountain area is closed south of Mount Lowe and Inspiration Point. 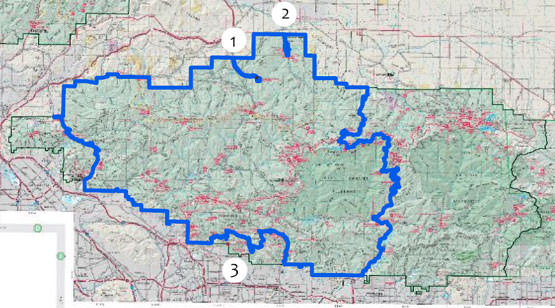 Download a PDF map of the closure area here, and keep up to date with current Forest closures here.