Graffiti and vandalism in public lands — you may have read a few things about it on this very site on occasion.

All too often, though, the follow up to stories of vandals defacing our favorite trails and parks is the eternally asked question, “but what can we do?!”

Many times, hikers who want to donate their time and elbow grease to help clean up trail vandalism are met with hidden roadblocks — the tangled jurisdictional boundaries and sensitive cultural artifacts in a place like the Santa Monica Mountains National Recreation Area, for instance, have frustrated some Good Samaritan volunteers who wanted to help cleanup a section of the Backbone Trail.

But more often than not, hikers who spot graffiti just don’t know what to do with that information. But now, a new company is moving into the outdoor space and hoping to help bridge the gap between land managers and users who can spot problems on the ground … and also make it easier for the land managers to ingest and analyze that data. It’s called ParkWatchReport, and Modern Hiker chatted with Ben Hoover, the site’s director of marketing.

ParkWatchReport solves a disconnect that existed between park visitors and park management.  ParkWatchReport is a web based service that provides a website and mobile app for all parks everywhere to use to improve trails and address safety issues by engaging the public’s help.

How did the idea for ParkWatchReport come about?

The ParkWatchReport website in its original form was developed by a group of volunteers in the Sierra Foothills of California in 2008. A fence that separated private property from a public park was cut and went unreported. The consequences? Two equestrians were severely injured, one horse went missing and one horse was killed when multiple motorcycle riders entered the park through the cut fence and roared on to a horse/hiker only trail.

The tragedy was first attributed to trail user conflict but the blame shifted quickly to the disconnect that existed between park visitors and park management.  The cut in the fence was well known but was it a problem to be solved by State Parks, US Forest Service, Bureau of Land Management, Bureau of Reclamation, the city, the county or the private property owner?  No one knew. 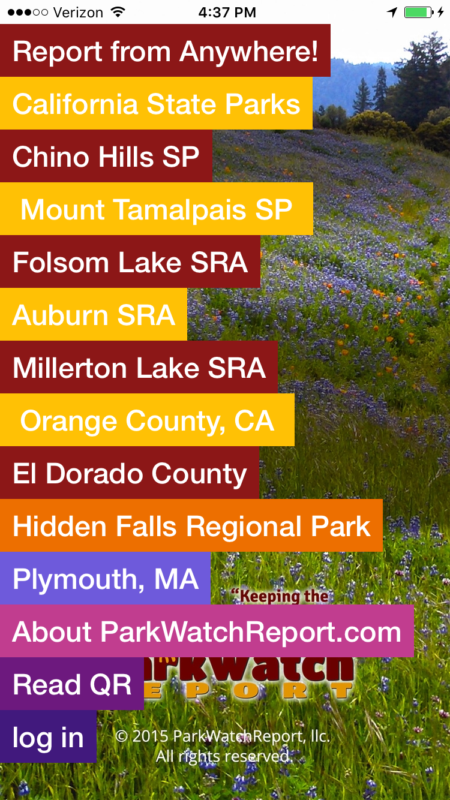 Some of the partner agencies as of June 2016

You’re continuously expanding the agencies you’re working with – I saw California State Parks just got added this month. What’s the response from land managers been so far?

Park rangers, wardens and superintendents need the public to be their “eyes and ears” and to use ParkWatchReport to alert them of circumstances and conditions that pose a concern.  With ParkWatchReport they get a precise location with photos and a tool box of management aids. It saves them time and they love it!

Can hikers still use the app if a land agency isn’t listed as a partner yet?

Yes, a report can be filed regarding any and all land agencies.  The land manager of that property will receive the report based on the GPS coordinates from the report even if they are not currently listed on ParkWatchReport.

Do hikers need a cell signal or data connection to use the app?

At the moment some cell signal is required because the service is web based.  However, in the near future only a minimal signal will be needed and any part of the report that is too large for the available signal will be saved and sent later. 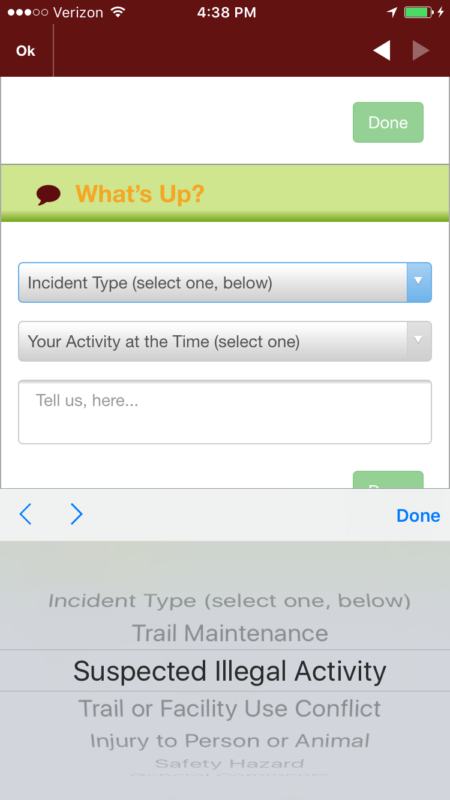 Filling out a report in the app. It can also be used to note areas where a trail needs maintenance or a general safety hazard

What’s next for Park Watch Report?

Technology never rests.  The new features coming to ParkWatchReport in 2016 are revolutionary (again).  A text alert system is being developed for park managers that will spread the news of a lost child or road closure to park visitors instantly.  Millions of hours of volunteer time is donated every year to public land projects but a means of tracking these hours hasn’t existed until now.  ParkWatchReport is developing a tracking system for not only the volunteer hours but also the projects, assignments, patrol reports and job qualifications will be systematically cataloged and available for grant applications, tax records, and appreciation awards. 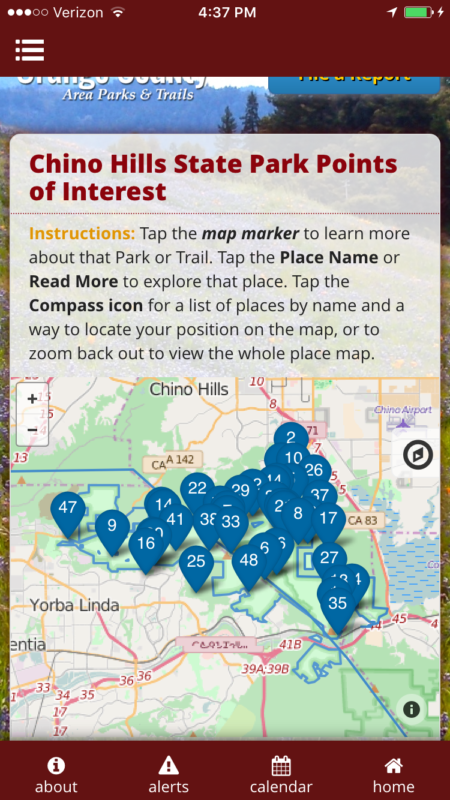