A week before the start of the 2016 Republican Convention, the Republican Party issued a platform that officially outlined its goals and principles in the upcoming election. Although much of the platform describes political goals not relevant to the world of outdoor recreation, one section of the platform concerns the Republican Party’s vision for the role of the United States Forest Service, which in turn presents a concern for hikers, mountain bikers, fishers, hunters, campers, backpackers, and all other outdoor recreationists across the country.

Although readers of this site are undoubtedly familiar with the U.S. Forest Service, allow us to briefly review what the Forest Service actually does. The USFS is a program governed by the U.S. Department of Agriculture. Its mission statement for the 193 million acres of public land it oversees is to “Sustain the health, diversity, and productivity of the Nation’s forests and grasslands to meet the needs of present and future generations.”

The term “productivity” refers in part to the USFS practice of allowing limited resource exploitation in the form of recreation, logging, and mining. Balanced against this exploitation, the USFS also pursues the conservation of open space, restoration and enhancement of the nation’s grasslands and forests, sustainment and enhancement of public recreation, providing science-based tools for forest management, and engaging urban Americans with forest programs.

The Republican Party’s vision for the role of the USFS sets a striking contrast with far-reaching consequences. After alluding to the agency’s vast catalog of timber and mineral resources, the platform declares “The Forest Service should be charged to use these resources to the best economic potential for the nation.” In a vacuum, this statement may come across as innocuous. After all, many people believe that public land can be a major source of revenue, and in many places the Forest Service is already a source of income for contracted companies. Recreational use has been shown to be a major economic engine to regions near National Forests, Monuments, and Parks. A steady increase in recreational use correlates with the growing realization that American public health benefits from physical, psychological, and social recreation on public lands.

However, the platform makes it clear that it is not talking about expanding recreation when it further elaborates on what “resources” they have in mind. In describing the “best economic potential for the nation” the platform reveals its true intentions. “Congress should reconsider whether parts of the federal government’s enormous landholdings and control of water in the West could be better used for ranching, mining, or forestry through private ownership. Timber is a renewable natural resource, which provides jobs to thousands of Americans. All efforts should be made to make federal lands managed by the U.S. Forest Service available for harvesting.”

Let’s break that down for you:

“Congress should reconsider whether parts of the federal government’s landholdings and control of water in the West could be better used for ranching, mining, or forestry through private ownership.”

“Timber is a renewable resource, which provides thousands of jobs for Americans.”

Yes, it is. And Timber is currently providing jobs to thousands of Americans without any structural, organizational, or philosophical alterations to the Forest Service. This use of the familiar war cry of “job creation” to justify exploitation (a hallmark of “Sagebrush Rebels” for decades) distracts from and obfuscates the country’s history of destructive resource exploitation not balanced with environmental stewardship, i.e. regulated.  The timber industry accounts for such a small percentage of the nation’s jobs, that adding a thousand jobs pales in comparison to the millions of other jobs added over the last seven years without handing over public lands to timber extraction industries. Ironically, the platform neglects to mention the real money-spinner: fracking. The rise of hydraulic fracturing as a means of extracting every last ounce of oil from the ground has created a mounting land management crisis throughout the western states, despite creating a lot of boom jobs. We should note that, historically, boom jobs vanish along with the inevitable bust. As oil boom jobs evaporate with the last drops of oil, devastated communities are always left in their wake. We will have more to say on fracking in a bit.

Finally: “All efforts should be made to make federal lands managed by the U.S. Forest Service available for harvesting.”

Although the context of the quote appears to refer to logging, the inclusion of mining interests and livestock interests elsewhere in the platform implies that resource exploitation for economic purposes extends beyond chopping down trees. The platform states elsewhere that “Federal agencies charged with enforcing environmental laws must stop regulating beyond their authority. There is no place in regulatory agencies for activist regulators.” This position strongly suggests that Republicans believe the environmental policies designed to responsibly manage the forests have no place within the agencies. This belief persists despite the fact that the Forest Service is already regulating environmental law within its authority, as laid out by the Environmental Protection Act and Endangered Species Acts. The platform in a separate anti-EPA section implies that it would like to take the teeth out of environmental regulations that the Forest Services currently uses to guide its activities. After all, it is harder to make money when the Endangered Species Act protects some critically threatened species of frog that’s inconveniently clinging to life above a potential fracking site. 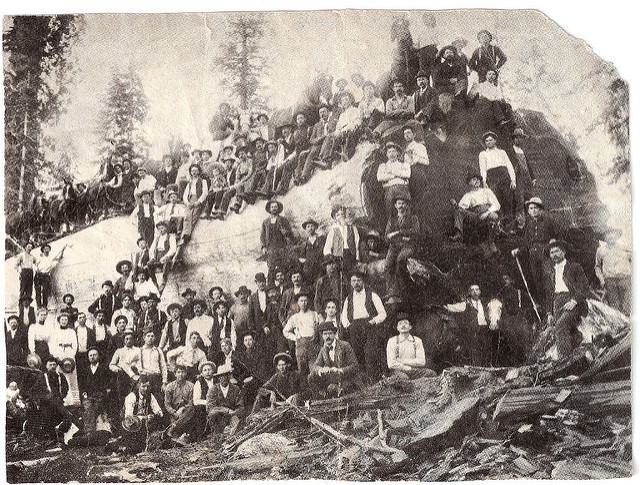 A decade before the turn of the 20th Century, concerned citizens throughout the western states had already watched decades of unchecked resource exploitation. Timber barons had annihilated the largest sequoia grove on the planet at Converse Basin, and they were well on the way to reducing old growth stands of Coast Redwood to what today is about 5% of the tree’s original range. Improving hydroelectric and water storage technology was giving birth to plans that would lead to the damming and flooding of countless mountain valleys like Hetch Hetchy and Glen Canyon. Mining and logging had wreaked havoc on watercourses to the point where agriculture interests were actually the driving force in creating parks, so that loggers would stop destroying run-off and damaging more profitable food production. When citizens, led by John Muir and the Sierra Club, realized that without some sort of forward-thinking protection, there would be no sequoias, no redwoods, no mountain valleys, and not much more than a stubble of tree stumps and a honeycomb of abandoned mines, the outrage and action eventually spawned both the National Parks and the National Forests.

More recently on Bureau of Land Management land in California, Colorado, Montana, North Dakota, New Mexico, Utah, and Wyoming, mining and fracking operations have proliferated at an alarming rate. Currently, there are thousands of fracking-related health and safety complaints, not to mention thousands of acres of destroyed habitats that will take millennia to recover. Vast tracts of BLM Land have been transformed into mining boom towns laced with dirt roads connecting thousands of fracking operations on some of the same western desert lands immortalized by writers like Ed Abbey and Wallace Stegner. 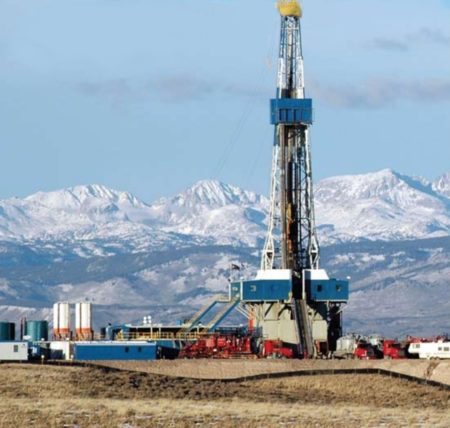 But as if the echoes of the Sagebrush Rebellion reach us from miles away, we hear the familiar “whoa, whoa, whoa. The BLM is the government! They are the problem!” Not quite. In September 2015, a Federal judge in U.S. District Court of Wyoming ruled that the BLM lacked the authority to regulate fracking, instead relegating that right to the states under the pretense that the states can do it better. The states, who stand to gain a tremendous amount of money in revenue and commerce, continue to allow wholesale mining exploitation without regarding the human and environmental cost. Not only does this neuter the BLM’s ability to care for its land, but it also reinforces the perception that government agencies are too inept and corrupt to care for the land. Clever, right? Is this the fate that awaits the 193 million acres of public land governed by the USFS?

While local and state authorities have been flirting with principles of the Sagebrush Rebellion since Congress spawned the unholy trinity of The Endangered Species Act, National Environmental Policy Act, and Clean Air and Water acts in the 1970’s, this is the first time we’ve seen a major political party within the Federal Government seek to undo 125 years of conservation. Throughout the platform, Republicans talk a good talk about listening to science, even as they reject climate science on the basis that climate scientists have a crippling, anti-economic agenda. They claim that the state of the environment is getting better and better, even as rivers in Colorado run orange, the coasts of Santa Barbara and Gulf of Mexico begin their long term recoveries from recent oil spills, 66 million trees have died in the Southern Sierra Nevada, and the pace of climate change continues unabated. They blame the EPA for imposing costs of $9 billion on American consumers through environmental regulation, even though they don’t balance their assertion by providing figures on the savings brought about by responsible environmental stewardship, not to mention the cost of cleaning up after the land is all used up.

In short, the Republican Party is either pathologically deluded about humanity’s effects on the environment, or they are attempting to deceive us into relinquishing full control of our public lands before turning around and bestowing those lands upon private investors who would then exploit natural resources for profit. This exploitation would be done under the pretense of job creation, although the job creation claims completely ignore emerging evidence that recreation and conservation are powerful economic engines on their own. Furthermore, the Republican Party would like to undo 40 years of “activist” environmental protections that give the “overreaching” EPA its teeth primarily because those protections set a hard cap on how much money private interests can make. History and current events show that unregulated resource exploitation is spectacularly destructive, and with the environmental health of the planet already critically imperiled, Republicans would like to throw science out the window, too, so that private interests can afford bigger yachts.

Is that the natural world you’d like to hand down to the next generation?