I’ve said it here before, and I’ll say it ten thousand times more: the desert is magic.

It’s no surprise that the desert has many admirers, and here in California, Senator Dianne Feinstein has long been one of its most ardent supporters. She authored the California Desert Protection Act of 1994, which among other things established Joshua Tree and Death Valley National Parks and Mojave National Preserve. However, Senator Feinstein wasn’t able to include all of the areas she hoped in the original Act, and so began a very long, committed process to expand those protections. Along the way, she’s been joined by an exceptionally diverse group of supporters, including not just conservation-minded organizations like The Wildlands Conservancy, Mojave Desert Land Trust, and Sierra Club, but also citizen supporters from hikers to hunters, bicyclists to off-road enthusiasts. 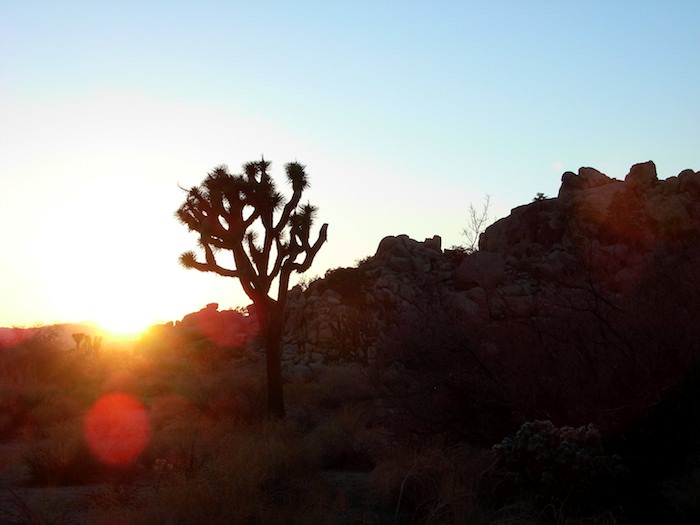 After years of hard work, this large and varied group has a lot to celebrate right now as President Obama invoked the 1906 Antiquities Act (designed to preserve areas of cultural, scientific, natural, and historical significance – the same Act used to designate the San Gabriel Mountains National Monument just a little over a year ago) to designate Mojave Trails, Sand to Snow, and Castle Mountains National Monuments, all three located in Southern California’s San Bernardino and Riverside Counties.

Mojave Trails National Monument is the largest of the three designations, protecting around a million acres of diverse terrain that creates a corridor between Mojave National Preserve and Joshua Tree National Park – and beyond. When I visited last year, I sat humbled by the infinite landscape, which includes singing sand dunes, dense cactus gardens, and soaring peaks that provide a rocky home for bighorn sheep. A neon-free slash of Historic Route 66 winds a century miler through these lands, which also play host to volcanic Amboy Crater and unfathomably ancient fossil beds.

Sand to Snow National Monument protects a vital wildlife corridor linking the Sonoran Desert with the pine-tipped San Bernardino Mountains. This area is rich with not just natural diversity (wetlands, deserts, alpine forests, rivers), but also human history – and human present, when you consider that a beautiful segment of the Pacific Crest Trail (itself a federally designated National Scenic Trail) routes through lush, riparian Whitewater Canyon (and Whitewater Preserve), up through the San Gorgonio Wilderness and into the forested heights above.

Castle Mountains National Monument will close a crucial gap in the Mojave National Preserve, leading to further protection for its varied animal inhabitants – desert tortoise, bighorn sheep, and golden eagles are but a few of the species that live in this small pocket near the California / Nevada border. This area includes the sand, peaks, and flora you might typically associate with this part of the desert, but it also includes exceptional native grasslands and is being considered as a prime locale for reintroduction of pronghorn, an indigenous antelope-like species designated as the fastest land animal in North America.

If you want to learn more about these Monuments, check out a fact sheet posted by the Department of the Interior, visit Campaign For The California Deserts, or watch a pair of gorgeous videos created by The Wildlands Conservancy to showcase Mojave Trails and Sand To Snow National Monuments.