I know mountain lions tend to scare the bejeezus out of hikers, but attacks on humans are exceedingly rare. Here in L.A., you’re in much more danger driving to the trailhead than you are on the trail, generally speaking … and also, LOOK HOW CUTE THIS KITTEN IS: 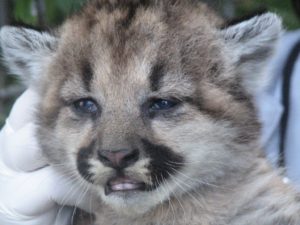 The three kittens – two females and a male – will provide Park Service biologists an unprecedented opportunity to study the movement and range of the litter. And the kittens are also unique in that their father, a collared lion named P12, was the first recorded mountain lion to successfully cross the 101 freeway to enter the area, potentially bringing new genetic material into the isolated and slightly inbred lions in the Santa Monica Mountains. 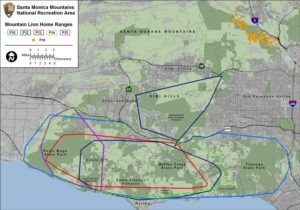 the ranges of known lions in the Santa Monicas

The study has also located and tracked a lion known as P16, the first tracked lion in the Santa Susana Mountains since 2004. 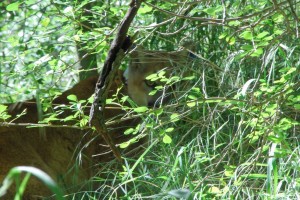 P16 - the only tracked lion in the Santa Susana Mountains

The movement of all of the lions will be monitored to provide data for future preservation efforts, including proposed wilderness corridors to help the lions cross the area’s freeways. If you’re interested in more info, the full NPS press release can be read here(PDF). Otherwise, here are some more pictures of the kittens. Check out those claws! 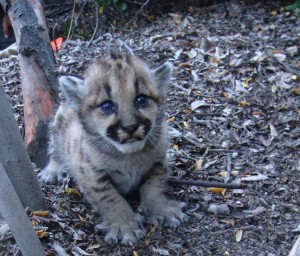 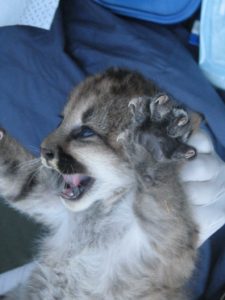 All images courtesy of the National Park Service.