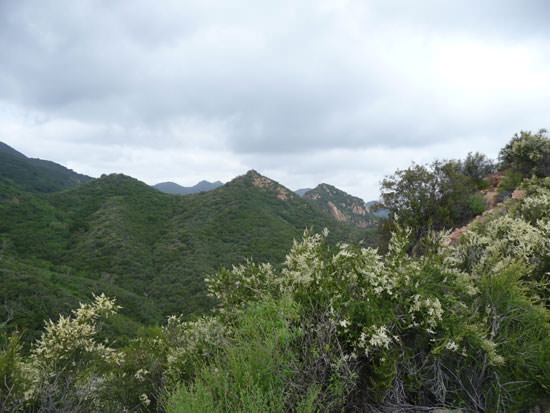 some of the newly-acquired land

The three parcels of land stretch from the north face of Castro Crest in Malibu Creek State Park to federal parkland near the Rock Store on Mulholland Highway, and was at risk of being sold to housing developers if the Park Service didn’t grab it first. This land was important not only for its undisturbed habitat, but also because it will be an integral part of the under-construction Coastal Slope Trail, too.