The second in a series on hiking the Annapurna Base Camp trek in Nepal with Active Adventures.

In the hills just to the west of Kathmandu Valley lie one of the holiest sites in Newar and Tibetan Buddhism – and an important Hindu site as well – Swayambhunath Temple.

An important holy site since the 3rd century BCE, the current temple complex was begun in the 5th century with numerous additions and renovations since then. Today the temple is a tourist attraction (and UNESCO World Heritage Site) but it is still a very real and important site for both monks and other religious persons as well as everyday Nepalis. When you arrive at the site, it’s clear that this temple is still a living, breathing part of Nepali culture – parents take their children to the stupas for blessings and prayers, Nepalis attempt to toss coins into a jar at the foot of a gilded Buddha for good luck, monks seek alms on the staircases, young people snap selfies, and political groups hold rallies calling for better education while a thick layer of prayer flags flutter above, strung up at impossible distances between the towering trees.

Also, there are monkeys. Lots and lots of monkeys. 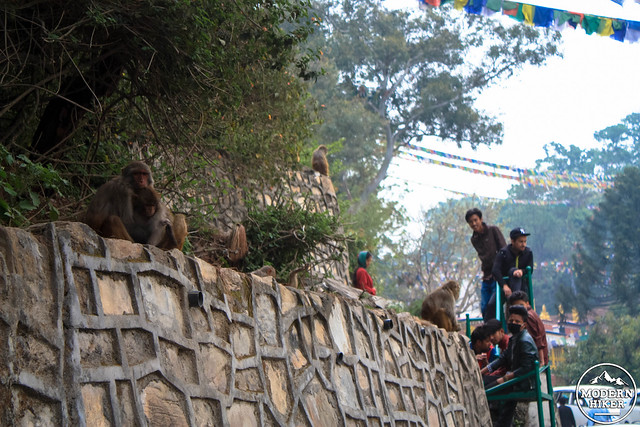 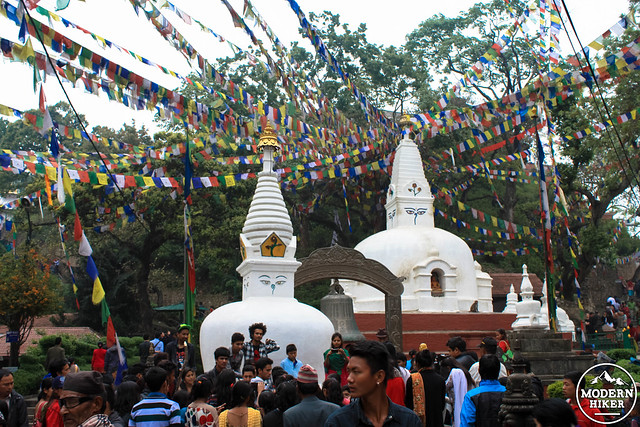 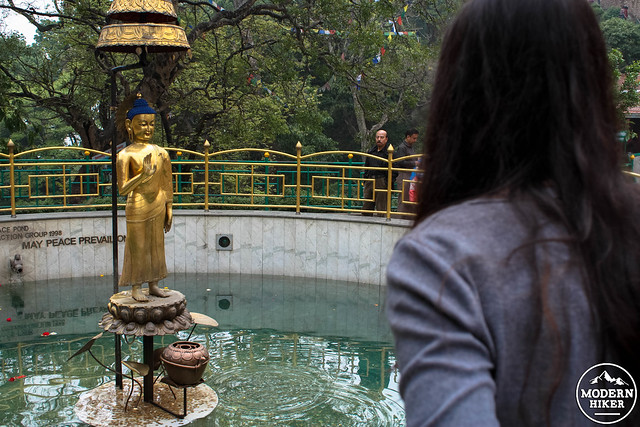 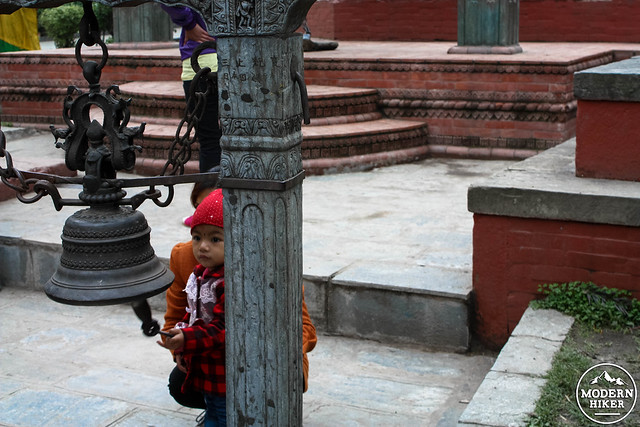 We were warned that the monkeys can sometimes get a little … grabby – but nobody had any encounters while we were there.

The complex consists of several levels of temples, shrines, and small stupas. From the lower level, you ascend a long staircase up to a second level with more shrines (and a few shops) before you reach the main stupa – a large white dome representing the world is topped with a column with the eyes of Buddha looking in all four directions. Above the eyes, thirteen layers of gilding represent the thirteen stages of realization before a person reaches Buddahood, ascending to the sky to show the direction toward enlightenment when one awakes from the bonds of the earth. 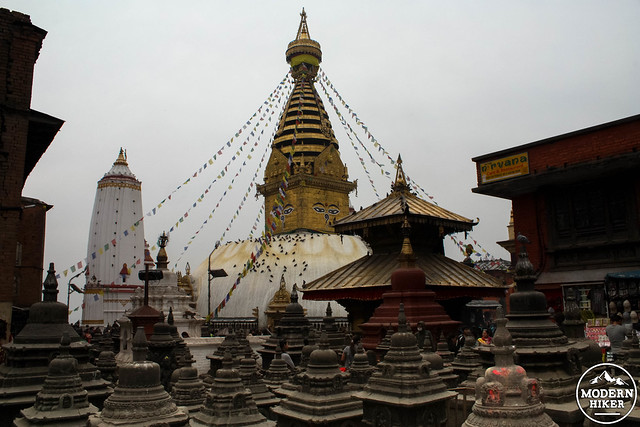 The colors, sights, sounds, and smells here will all be indelibly etched into your memory when you visit. Statues, shrines, and people are covered in flowers and colored dyes. Bronzed prayer wheels spin at the base of the stupa as devotees and pilgrims dutifully walk around the structure clockwise. There is song and incense in the air, and yak butter candles shine in every darkened corner of this intricate plaza. 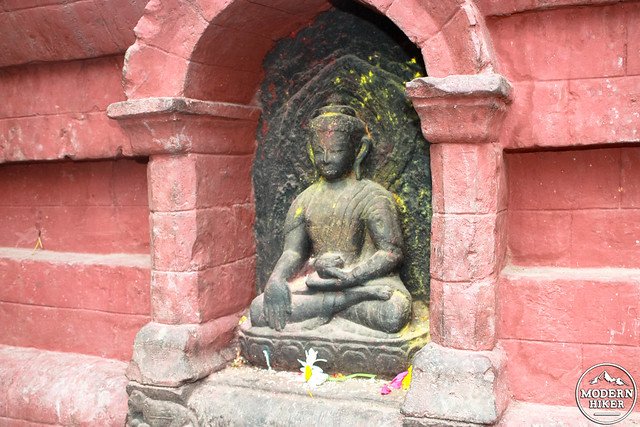 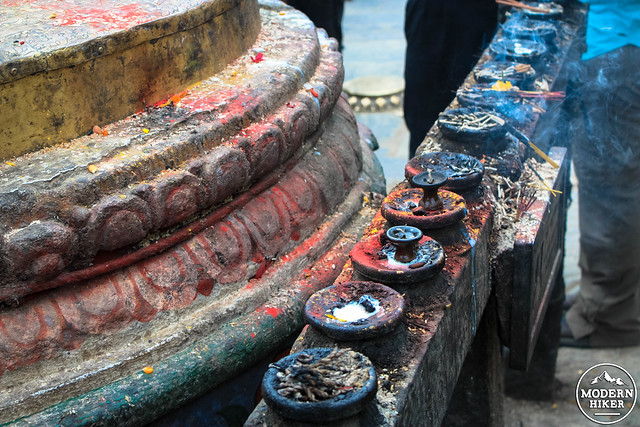 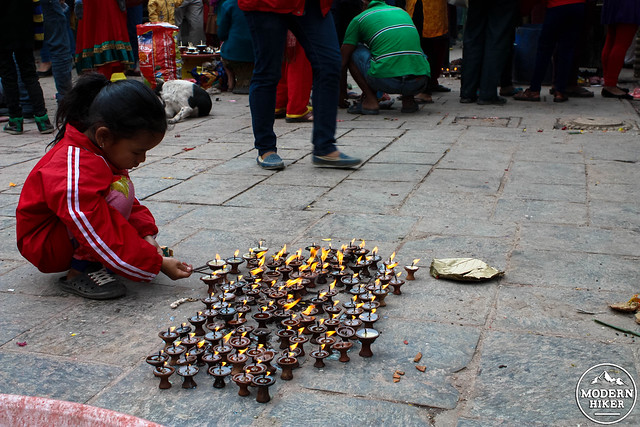 Near the main stupa, an older, much steeper staircase rises from the valley floor. From here – if the clouds, haze, and smog are cooperative – you may experience your first view of the massive expanse of Kathmandu city.

Even if it’s cloudy, this vantage point is a beautiful spot to gaze out into the valley. And somehow, even with all the noise and activity, it’s also a supremely peaceful spot in the city. 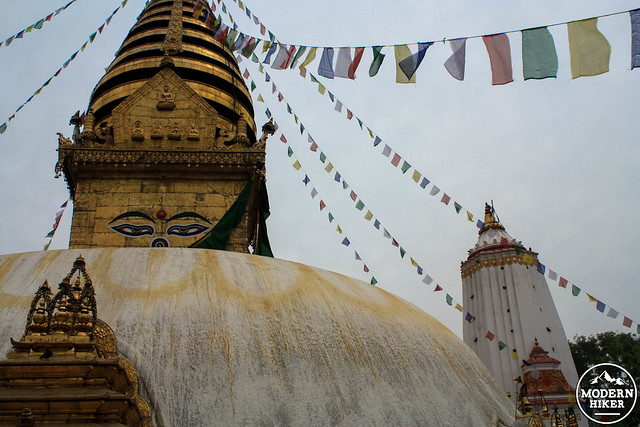 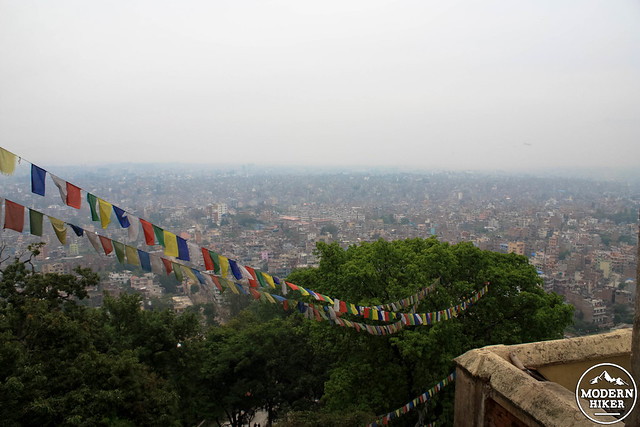 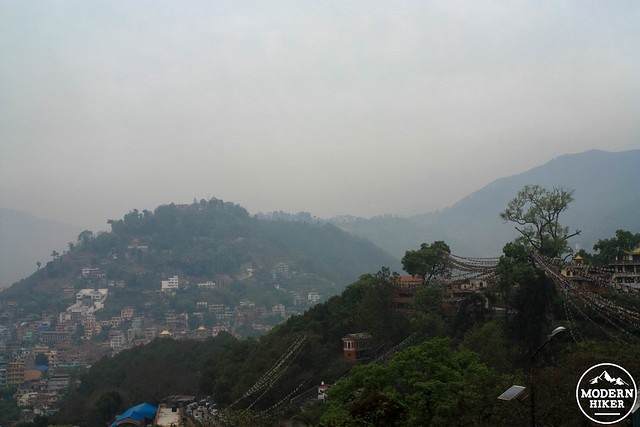 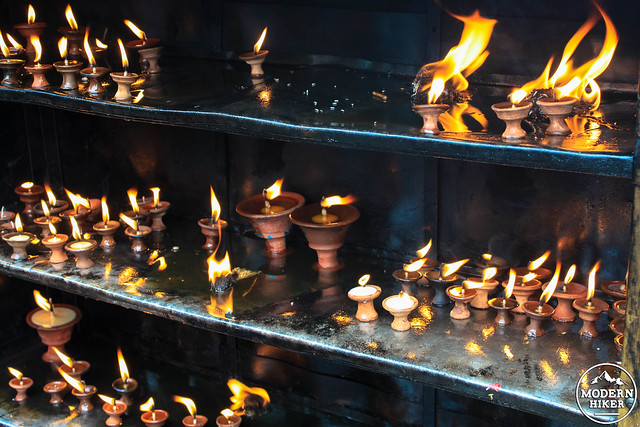