Beginning on February 12th, MacGillivray Freeman’s National Parks Adventure will hit IMAX screens around the country in both 3D and 2D showings.

The film follows Conrad Anker (most recently seen in last year’s climbing documentary Meru) along with his stepson Alex Lowe and family friend Rachel Pohl. The trio set out on a massive National Parks road trip, visiting about 40 parks over 2 and a half years with an IMAX film crew in tow.

The resulting film, directed by longtime IMAX veteran Greg MacGillivray, joins this adventuresome trio on that trip, blazing across the country from the Channel Islands to Acadia and back again. Throughout the film, we not only see some of the many different ways visitors can enjoy our National Parks – from river rafting to rock climbing, camping, hiking, cycling, hang-gliding, and ice climbing – but also learn the important story of how the National Park System was founded and how our public spaces need to be actively protected for future generations.

Although the people in the film are interesting, it’s really the landscape that steals the show here – as you’d expect. Sweeping fly-throughs of the Grand Canyon, some amazing vertical shots from the Devil’s Tower, and amphitheaters of ice at Pictured Rocks National Seashore all steal the show and are incredible experiences in 3D IMAX. 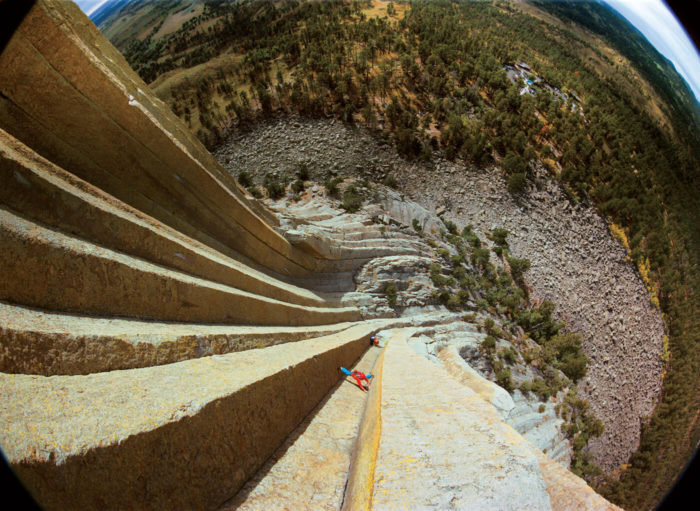 Film buffs will enjoy that this is the last IMAX movie to be shot primarily on 15x70mm film. There are some incredible aerial shots in the film that look like they’re shot from drones, but are actually done on a mounted helicopter. The IMAX film rolls are so huge and unwieldy that it takes about 20 minutes to change each roll – and each roll itself can only capture about 3 minutes at a time. So yes, those fly-by shots were REALLY hard to get!

Because the film covers so much territory in its 44 minutes that at times it can feel a little break-neck, but the film does stop to linger in areas long enough to give you a taste of the peacefulness and excitement of many parks. If you’ve had the chance to visit these places, you’ll have lots of nice memories flooding back at once. If you haven’t, you’ll be plotting your next adventure as soon as the lights come up in the theater. 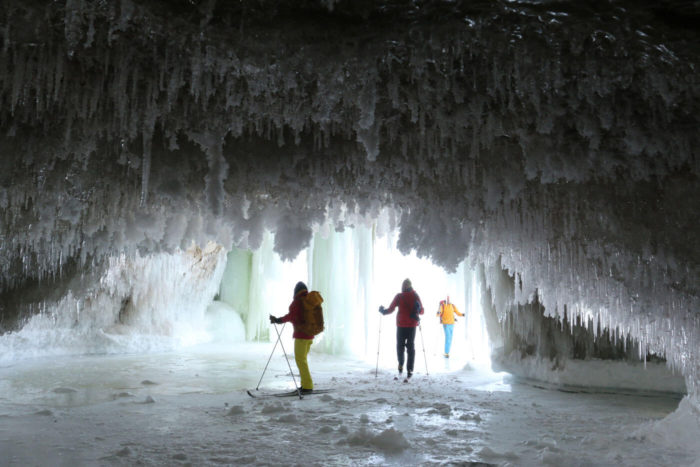 National Parks Adventure opens in select theaters, including the California Science Center in Los Angeles and the Tech Museum of Innovation in San Jose on February 12. For a full list of theaters and dates, click here.