More Info on the One Day in L.A. Hike

On Saturday, April 26th, I invite you to join me on the trail to Echo Mountain as part of the documentary project One Day in L.A..

I met with the producers of this ambitious project a few weeks ago and I really dug their mission. They want to capture the state of American cities right now and catch a glimpse into what the future holds for them. The project’s footage will all be geotagged on an interactive archive and broadcast later in the year on a series on public television.

I chose the trail to Echo Mountain in Altadena for a few reasons — first, to show that the Los Angeles region has always attracted Big Dreamers like Professor Lowe, people who throw themselves into their passions even when they don’t necessarily make sense. It’s also a great trail to show the remnants of L.A.’s once extensive mass transit system, but most importantly it’s a great place to show just how connected Los Angeles is to the wilderness that surrounds it.

People think of L.A. as a big, messy sprawl of parking lots and strip malls — and don’t get me wrong, it is. But nature has always played a pivotal role in the creation and development of Los Angeles.

The reason the original Pueblo was founded was because of access to the verdant riparian landscape that came from the Los Angeles River and the basin’s numerous springs and streams. The Angeles National Forest was the first National Forest in California and the Santa Monica Mountains National Recreation Area – a groundbreaking public-private partnership – is not only the world’s largest urban national park, but it’s also the geographic center of the city of Los Angeles. 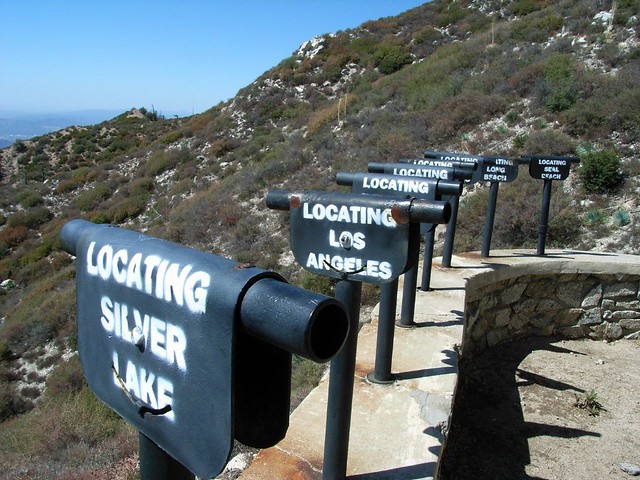 On Saturday the 26th we’ll be hiking up to the ruins of Echo Mountain where we’ll have lunch and enjoy the hopefully-clear view back toward downtown Los Angeles. I’ll be bringing a camera and we may have a film crew with us as well – and I would absolutely love for you to tell me what nature in Los Angeles means to you. Was it a reason you moved here? Did it keep you from moving somewhere else? What do you love most about it and what do you wish the city was doing better to preserve or protect it?

Please RSVP with us on the Facebook Event Page and tell your friends – the more people, the better! I’ll also update that page with more information about the event as we get closer to the 26th.

There is more information about the One Day in L.A. project here (PDF). Let me know if you have any questions and I hope to see you on the trail!

SATURDAY, APRIL 26TH
9 AM
ECHO MOUNTAIN TRAILHEAD
Street Parking and the Event are Free. No permits needed.
Bring good hiking shoes, sunscreen, sunglasses or hat, snacks and lunch, and plenty of water.
The hike will be approximately 6 miles roundtrip and is moderately difficult.

One Day in Los Angeles from One Day on Earth on Vimeo.