I’m willing to bet most Angelenos have, at one point, had to drive up Laurel Canyon Boulevard to get from the city to the valley or vice versa. If so, you’ve also most likely passed what could potentially be the next addition in the patchwork of parkland that’s scattered through the Santa Monica Mountains … or, alternatively, more houses.

The Huffington Post has an impassioned article alerting Angelenos to the situation: apparently, that open space has been up for sale to the tune of $4 million. Up until now, a collection of public and private funding led by the Mountains Recreation and Conservation Authority has been able to pool enough money to keep an option open on the land – but they’re $145,000 short for the next deadline: August 17th. If they can’t raise the cash by then, the six acres goes back on the market, and one house already slated for development will begin construction. 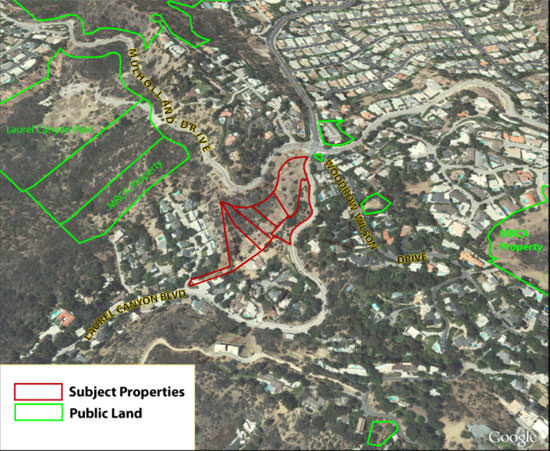 Odds are, they will never have the opportunity to fully preserve this tract of land again. It is an essential wildlife corridor for the Santa Monica Mountains and they need our help to save it: spread the word – especially to anyone you know who lives in the hills – and donate anything you can to the MRCA here. Not only will you be helping to save one of the last open spaces in the Santa Monica Mountains, but your donation is also tax-deductible. Sweet!