Odds are when you’re looking to explore a new place — even if it’s just during a daydream — you’re either inspired by a map or a map is the first place you turn to once you’ve decided you want to gather a bit more information about it.

One of the very first experiences you have when you enter a National Park is picking up one of those stately park brochures, where the trademark font and black bar give way to iconic glimpses of the place you’re about to enjoy … and a distinctive overview map.

Matt Holly works for the Park Service as a ranger but on his own time he’s dedicated himself to creating and curating a massive and ever-growing online database of free downloadable maps for National Parks called NPMaps (tagline: “Here, I uploaded a bunch of free maps for you. Wooo!”) We had the chance to catch up with him via email to ask him about his map habit.

MH: Have you always been into cartography?

I was that dorky kid who could spend hours flipping through a world atlas. I’ve always been a visual learner and interested in other countries, so maps and atlases were perfect ways to learn. I ended up with an innate ability to learn geography trivia, and in 8th grade made it to the National Geographic Geography Bee finals for Washington state. Sadly, I lost in the finals so I didn’t get to travel to the national finals in DC to meet Alex Trebek.

NPMaps has a great origin story. How did you get started on this project?

During the government shutdown in October 2013, most of us park rangers were out of work for the duration. We couldn’t go anywhere – since any day the shutdown could end and we’d be back at work the next day – so I needed something to keep me busy. My first idea was to create an app that would easily download all NPS maps with a minimal amount of fuss, but I quickly learned I was in over my head with programming and decided to try a website instead (After all, mobile users can still browse the site and download all the maps before their trip). The goal was to help out people like myself – those that really just want to get all the maps as quickly as possible for a starting point for trip planning research. Maps are so important for all parts of a park visit – where to hike, where to camp, where to stay. For me, everything else is secondary to getting the maps. 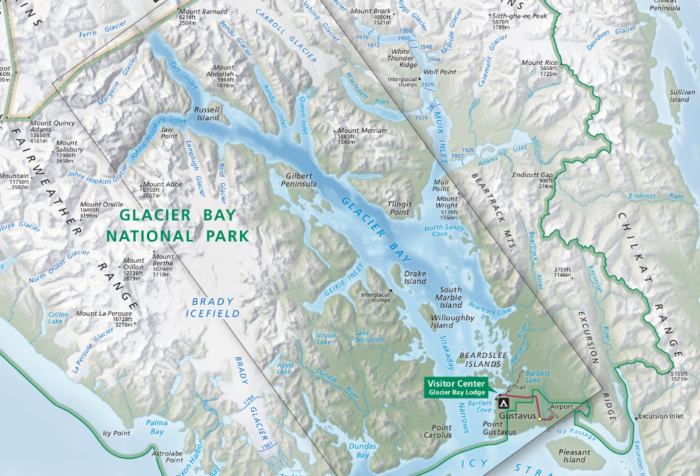 Of course, the shutdown ended before I got more than just a few parks uploaded, but I plugged away at it a bit that winter on free nights. But after moving to Colorado that spring, I pretty much abandoned the site for over a year, focusing instead of exploring the state and making new friends. But now that I’m comfortably settled into my new home and environment, I’m back at it, finishing the 59 national parks and moving on to monuments, seashores, recreation areas, historic parks, and more.

How do you make the maps on your site?

My maps come from a number of sources, but just about all of them started out as PDF files hosted on nps.gov or the Harpers Ferry Center maps site (for full park maps only). PDFs are not ideal for all uses, so I’ll convert all PDFs to very large image files and then usually host both files to provide options for my users. Other maps are embedded in park newspapers, camping handouts, hiking brochures, and so on – for those I have to convert the PDFs to image files and then edit away all the extraneous information to leave behind the map only. Every so often I’ll find maps with lots of compression artifacts and blurriness, so I’ll do my best to use image editing tools to clean them up and make them more legible. And sometimes maps are just too small or similar to another that I won’t include it on my site at all. It’s really an art, not a science.

It seems like you have some maps for specific activities — climbing and camping get special treatment, as well as rough driving distances in some of the backcountry areas that allow vehicles. There’s even an underground map of Jewel Cave National Monument! Any plans to add more activity-based maps? 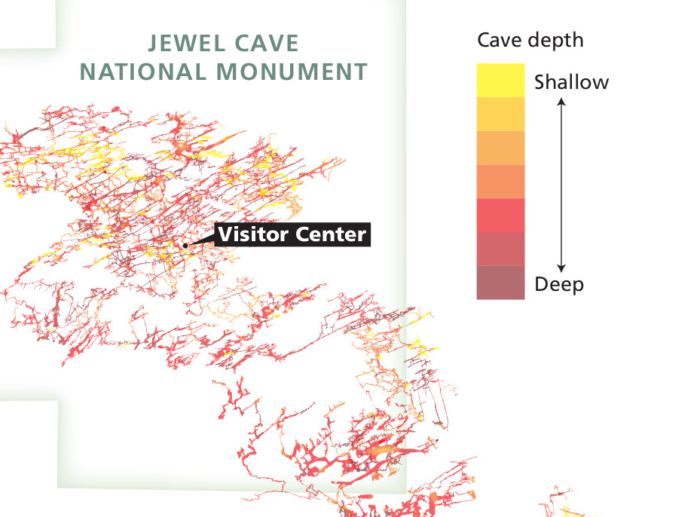 The content of my site is mostly based on what’s made available by the park. If they provide Joshua Tree climbing maps, I’ll share them on my site; if they have hand-drawn Grand Teton backcountry camping area maps, I’ll clean them up and share those too. Although I’ve been to most national parks, I haven’t been to all, and am no expert on what’s relevant to every park’s visitor. So I do not consciously curate the maps around my own interests. I mean, I’m no fisherman, but look how many fishing maps I’ve edited and hosted for Gateway!

Which of your maps tells your favorite story or shows visitors information they might not otherwise see?

I love this question. Glacier Bay’s maps tell the story of climate change in a very subtle, powerful manner, as both the full park Glacier Bay map and Glacier Bay detail map have outlines with dates showing past positions of the park’s glaciers. The Great Sand Dunes and White Sands maps both tell parts of the story of why the sand dunes are where they are by drawing in arrows showing how wind patterns and water flows interact. You’d never know this from a static overhead map; these small additions really help us interpret the landscape in a whole new one. 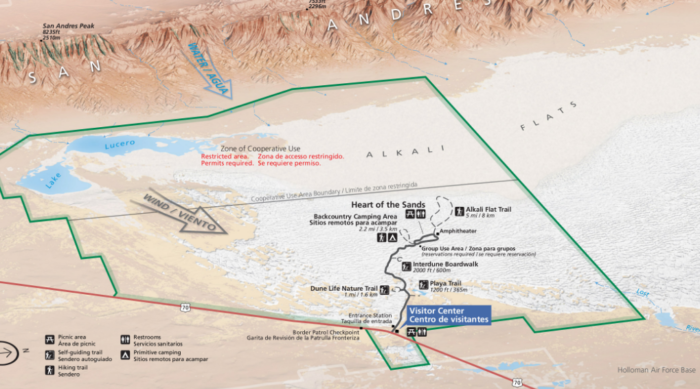 I know you’ve recently been inundated with an onslaught of requests for future maps of everyone’s favorites … is there a map you’ve been looking forward to doing or putting off because you’re dreading it?

At some point, I know I need to get around to Santa Monica Mountains National Recreation Area, but it’s a bit complicated. I have dozens of maps for this park, but the maps cover a variety of jurisdictions and are published by varying agencies and nonprofits. Copyrights can be a tricky field to navigate, so it’s easier to just skip it for now. I put off Cape Cod National Seashore maps for the longest time, as I knew it would be more time-consuming than other pages; so many of the maps I wanted to include were hand-drawn and embedded in long brochures and handouts. Finally on a cold, miserable spring Sunday, I buckled down and did it.

The Hawaii Volcanoes map is probably my current favorite map because there’s so much going on – the various lava flows (with dates!), the summits of the various volcanoes, the changing vegetation patterns. My first time ever leaving the continental U.S. was on a family trip to Hawaii, and this map so accurately captures the Big Island and the wonder I experienced by being in a place so different than I had ever seen before.

My favorite map of all time? I’ve been seeing variations of this map for decades now and it always fascinated me as a kid. I grew up in Seattle and remember many visits to Mount Rainier and Mount St. Helens when I was young; this map always reminded me that the Earth is alive. Sure, Mount Rainier looks quiet and stately now, but… it’s only a matter of time. “When,” not “if.”

More than 1100 high resolution maps of National Parks, Monuments, Recreation Areas and other park units are available for free at Matt’s web site, npmaps.com. We wish him the best of luck and lots of patience for whenever he starts to work on the map for the Santa Monica Mountains.