On a fairly regular basis, I receive emails at Modern Hiker from people who were out enjoying their favorite trails and unfortunately came upon a form of vandalism. Sometimes they caught people in the act, other times they just happened upon it afterward. And while more people are (thankfully, I guess?) including their social media handles on their graffiti or posting photos of their ‘work’ on their own social media accounts, often times people who are trying to do the right thing and report these crimes simply don’t know who to report them to. Unless the vandalism rises to the scope of a Casey Nocket or the vandal has the high profile of someone like André Saraiva, it can be tough to drum up enough public awareness to spur action.

Now there’s a more efficient way or reporting these acts, though — and it’s as easy as sending a Facebook message.

Recently, someone tweeted a video from southern Utah’s National Parks to us — and while the video was, indeed, quite lovely to look at, it also appeared to be shot using aerial drones at locations that were recognizably inside national parks. A 2014 policy banned personal drone use without a permit in most parks, including all of the parks that appear to be in the video. 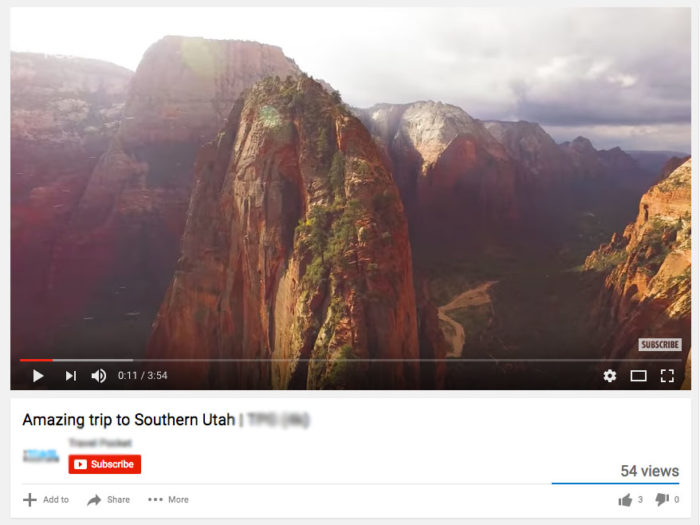 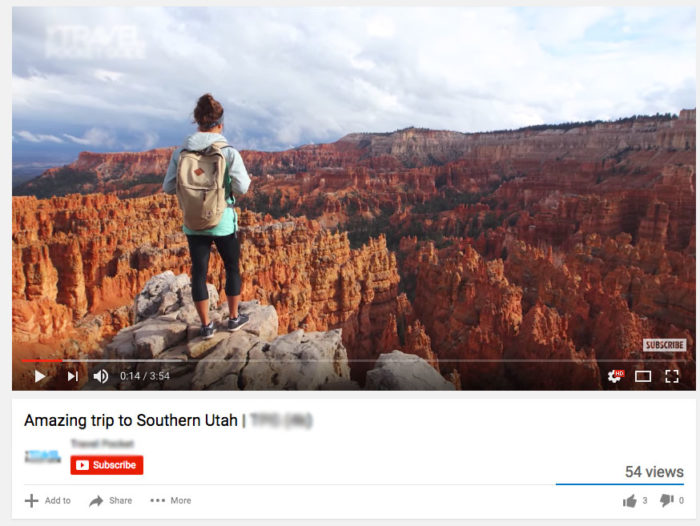 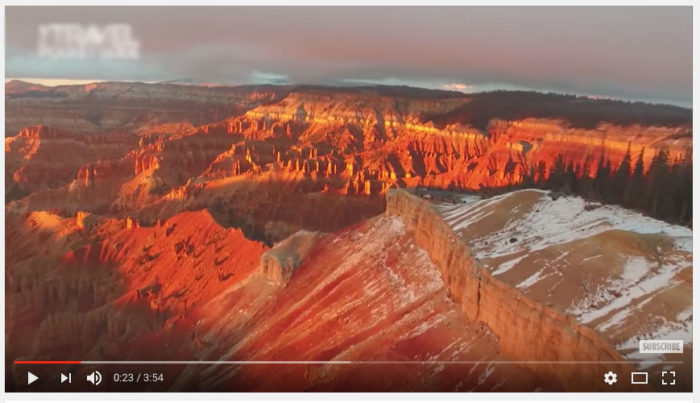 After digging into the account and checking on drone policy in those parks, I headed to the NPS Investigative Services Facebook Page, opened up their Facebook Messenger, and sent them relevant URLs and screenshots. The very next morning, I received a response from the agents: 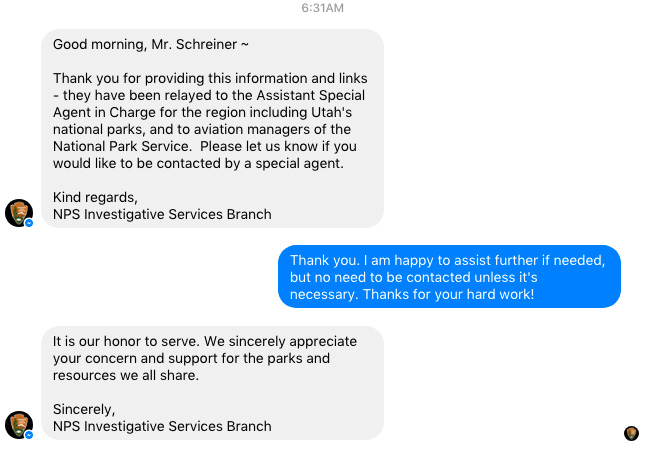 And that was it! Quick and simple, and a response from an actual human being. It honestly couldn’t be easier.

The Investigative Services Facebook page is also a good place to keep up to date on what law enforcement operations are going on inside National Park lands. They’ll post missing persons reports, video footage or stills of suspects they’re looking for, and updates and resolutions to cases.

Tips and information can be submitted anonymously as well, and if you’re not on Facebook there are several other options for reporting things that may be violations of rules or laws:

Social media too-often takes an unfair share of the blame for the increased levels of vandalism inside our public lands, so it’s incredibly refreshing to see the Park Service using social media to help its law enforcement efforts.