How Gorilla Glass 4 Can Save You Some Pack Weight

For day hikers and beginner hikers, it can be difficult to understand why backpackers and the ultralight crowd are so obsessed with weight. We’ve all read stories about people cutting the plastic bits off the end of their shoelaces or removing everything but the brush from their toothbrushes to save a few grams here and a few grams there. But those little snips and the investment in admittedly often more expensive ultralight versions of the basic gear can pay off in the long run – it’s much easier to haul 25 pounds on your back up a mountain than it is to lug 45.

But even for the hiker who likes to sleep in their own bed at night (and hey, there’s nothing wrong with that), weight and bulk can make the difference between a fun day spent outdoors and a sweaty, swear-filled day wishing you weren’t carrying bricks around in your pack.

This same downsizing also applies to our gadgets and electronics, too. I’ve been lugging around a full-sized DSLR since I started Modern Hiker almost 10 years ago, and while it still takes beautiful, richly-colored photos, I’ve come to dread wrapping that camera bag around my shoulder on longer hikes – and especially on hikes where I’ll have to navigate narrow ridges or do some scrambling along the way. 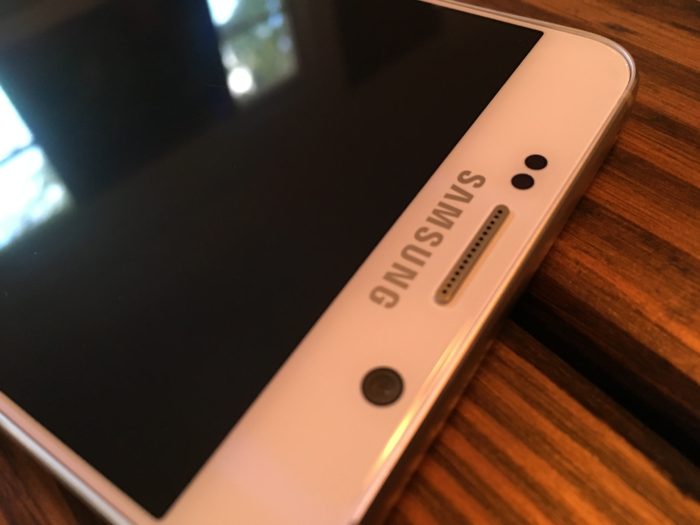 the Samsung Galaxy Note 5, wrapped up in Gorilla Glass 4

For a long time, a DSLR was your only option for getting great photos from the backcountry, but as the years have gone by, point-and-shoots and – more noticeably – cell phones have really caught up to the big cameras in many ways. Current-generation phones can match or exceed older DSLRs for megapixels and often times their image sensors are more flexible at capturing the best exposures without having to worry about getting mired down in technical settings. For true professional and high-level photographers, you’re never really going to get better image quality than a DSLR (for now), but today, most people can probably get away with just taking their cell phones along with them and still come home with some stunning trail photos.

I’ll admit it – more and more I’m leaving the DLSR at home and just bringing my phone with me. It’s smaller, it’s lighter, I don’t need an extra bag digging into my shoulder over long trips, and a lot of times it even takes better photos with its auto-HDR mode. In fact, for my upcoming book Day Hiking Los Angeles, probably about half of the photos were taken with a cell phone. 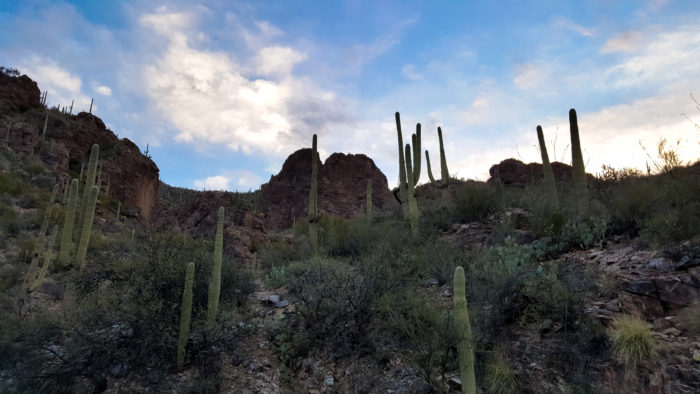 cell phone photography has come a long way, hasn’t it? 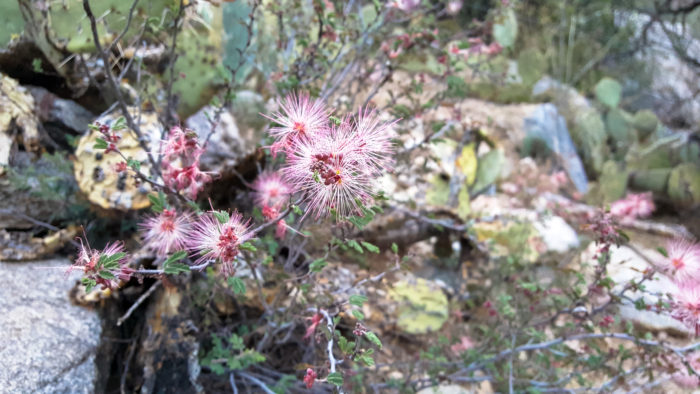 Of course, the other benefit to using your cell phone is that it can also be a GPS device, heart rate monitor, calorie tracker … oh, and a phone, too. And let’s face it, if you’re just doing a quick hike or trail run after work, you’re not going to be lugging all that stuff around with you anyway. But then comes the big question: what happens if I end up dropping this thing? 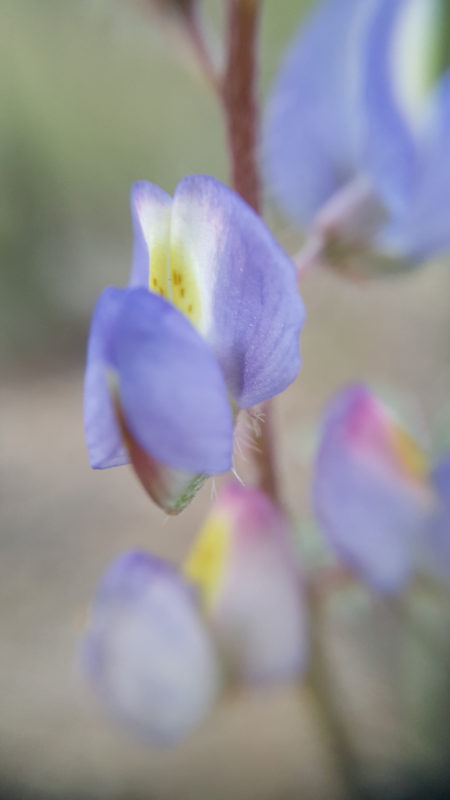 I recently joined some bloggers from around the world in Tucson, Arizona for a weekend of demos from Corning Incorporated, showing off their new Corning® Gorilla® Glass 4, which dramatically improves protection against drops. The team at Corning is no newcomer to this business, either – they’ve been creating glass for electronics since developing the first glass casing for Edison’s lightbulb in 1873.

Today, the tough stuff known as Gorilla Glass began its life as a way to strengthen glass with an ion bath in 1967, but that technology wasn’t applied to consumer products until it made its way into LCD screens in 2006 and the first cell phone cover glass in 2007. Starting in 2006 with the first version of Gorilla Glass, earlier versions focused on outperforming plastic for scratch resistance and protecting against flaws in glass that can arise from everyday use, and over time they’ve become thinner and stronger, matching the designs of the phones we buy. Today, Gorilla Glass 4 is touted as the toughest cover glass yet, helping to improve protection against scratches and – most importantly for outdoorsy people – drops. 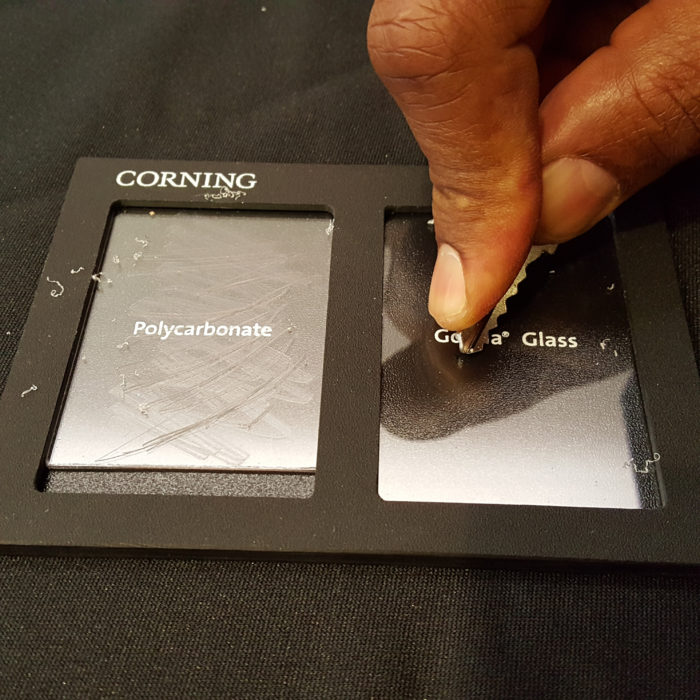 We spent a little bit of time on the trails near Tucson with the Corning guys, and I can tell you they are hardcore scientific. When they said Gorilla Glass 4 is better at surviving drops, it’s not something that comes out of their marketing team – it’s something that comes from their research department and has reams of data to back it up. The team figured out the average height people drop their phones from, the average roughness and density of the surface they drop it on, and invented a repeatable lab test to see how far they could push their own product. In the end, they found Gorilla Glass 4 survives up to 80% of drops from 1 meter high – which are pretty good odds, if you ask me.

The Corning team did want to really make it clear that when put to it, all glass can break – it’s just that Gorilla Glass is significantly less likely to. And although you may wish you could ditch a bulky protective case without a worry in the world, you may still want to keep some form of protection on. Only a few phones today are waterproof or resistant, and the body of many phones is still made with softer metal that may not take a beating as well as Gorilla Glass could.

It doesn’t always get a mention on packaging of phones or tablets, but Gorilla Glass is in more than 1500 models on the market there’s a good chance you already have it in your pocket. The company’s site also has a tool you can use to see which brands feature Gorilla Glass in their devices, so the next time you’re trading up to a new device, you can make sure you’re getting the strongest cover glass available.

Modern Hiker received compensation from Corning Incorporated for this post, but all opinions are our own.