It’s only natural that the landmarks in a place as whimsical as Bryce Canyon National Park should be adorned with equally whimsical and light-hearted names. Take a trip to the park, and you’ll come across colorful monikers such as the Queens Garden, the Hat Shop, Rainbow Point, the Silent City, Thor’s Hammer, and the Peek-a-Boo Loop. One of my favorite spots in the park, as well as one of my favorite names, is the Fairyland Trail. Named after Fairyland Canyon, this half-day loop explores some of the quieter parts of Bryce Canyon with stops at a few notable spots such as Tower Bridge, Fairyland Point, the Chinese Wall, and the Rim Trail. 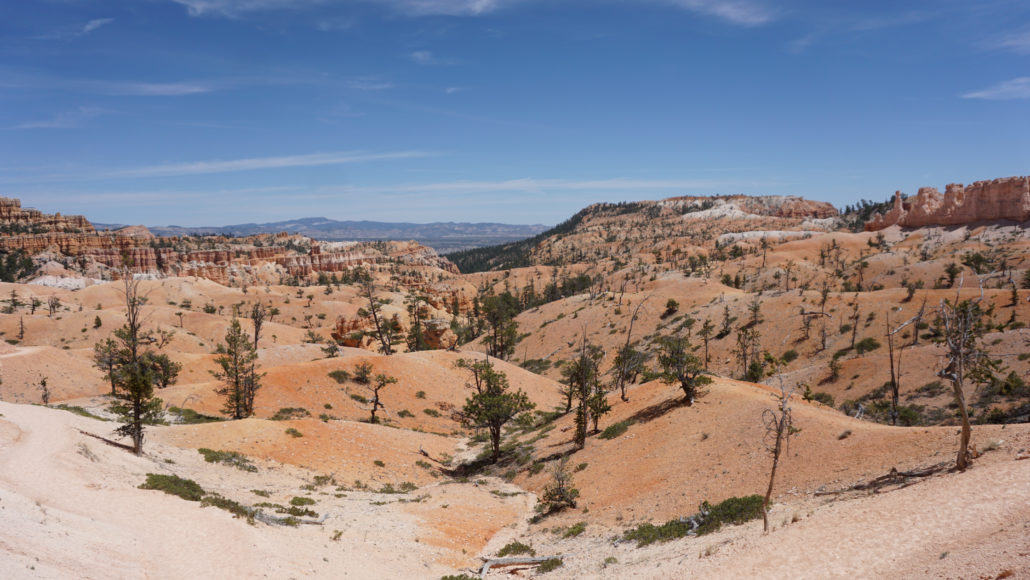 Since Bryce Canyon offers a convenient shuttle system servicing most of the stops in and around the Bryce Amphitheater Area, I recommend that you start this loop from Sunrise Point. You could start it from Fairyland Point, but that parking area is small and can fill up quickly on a busy weekend. You don’t have to worry about parking at Sunrise Point, which relieves a bit of the stress of getting around Bryce Amphitheater. 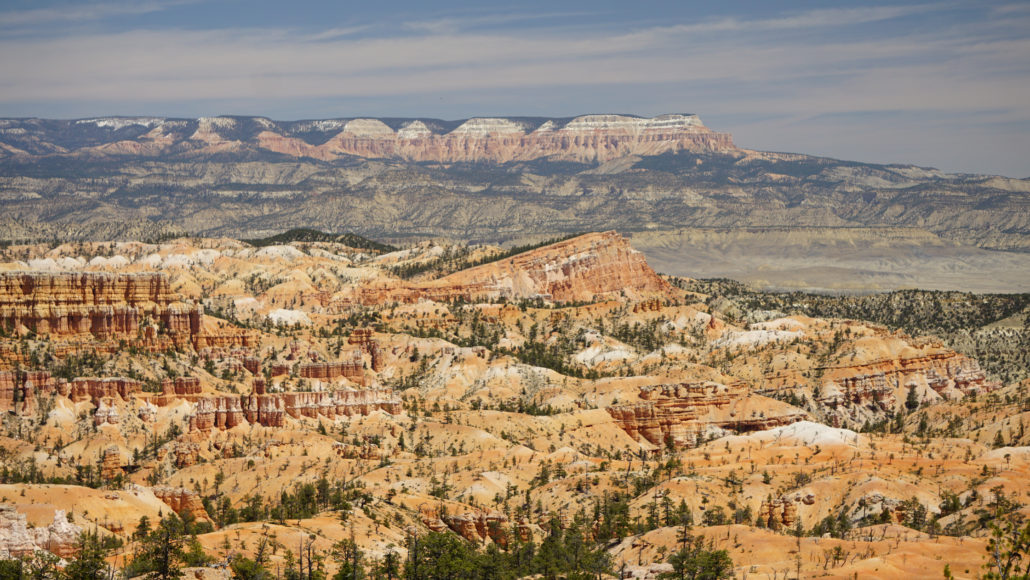 From the Sunrise Point shuttle stop, locate a short path that leads southeast to the Rim Trail skirting the edge of Bryce Amphitheater. Turn left here, and continue north. After 0.25 mile from the start, turn right onto the signed Fairyland Trail, and begin an extended descent along a ridge bounding the south edge of Campbell Canyon. This part of Bryce Canyon doesn’t feature as many hoodoos as the Bryce Amphitheater area does, but you still get the same outstanding views to the east and north. 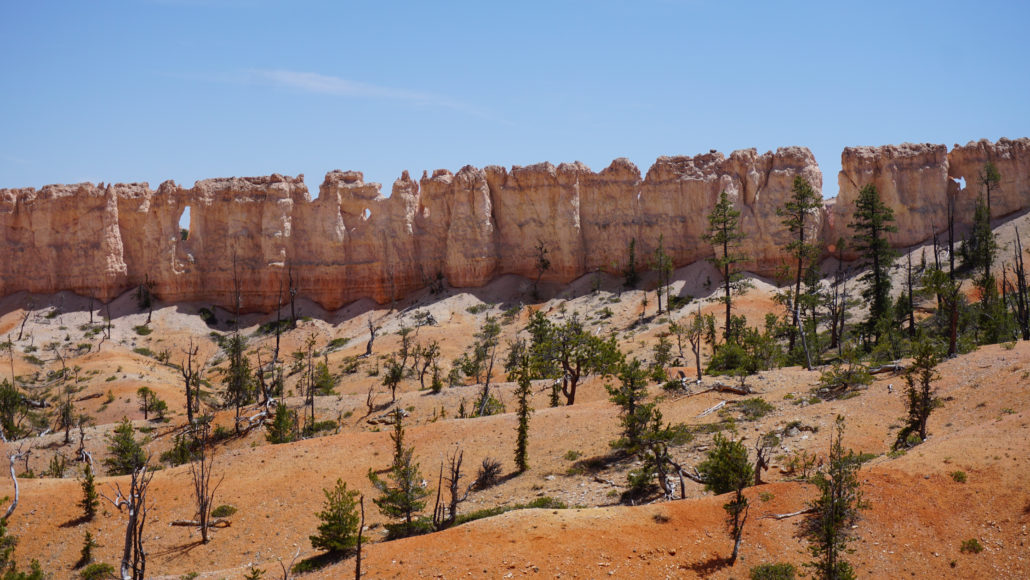 The Aquarius Plateau, the highpoint of the larger Grand Staircase/Colorado Plateau region dominates the skyline to the north, and you will be able to spot the Sinking Ship, a tilted mesa resembling a tragic boating accident, at numerous spots along the descent. Look to the right at the 1.0 mile mark to spot the Chinese Wall, an unusual looking fin that early explored felt resembled Chinese architecture. 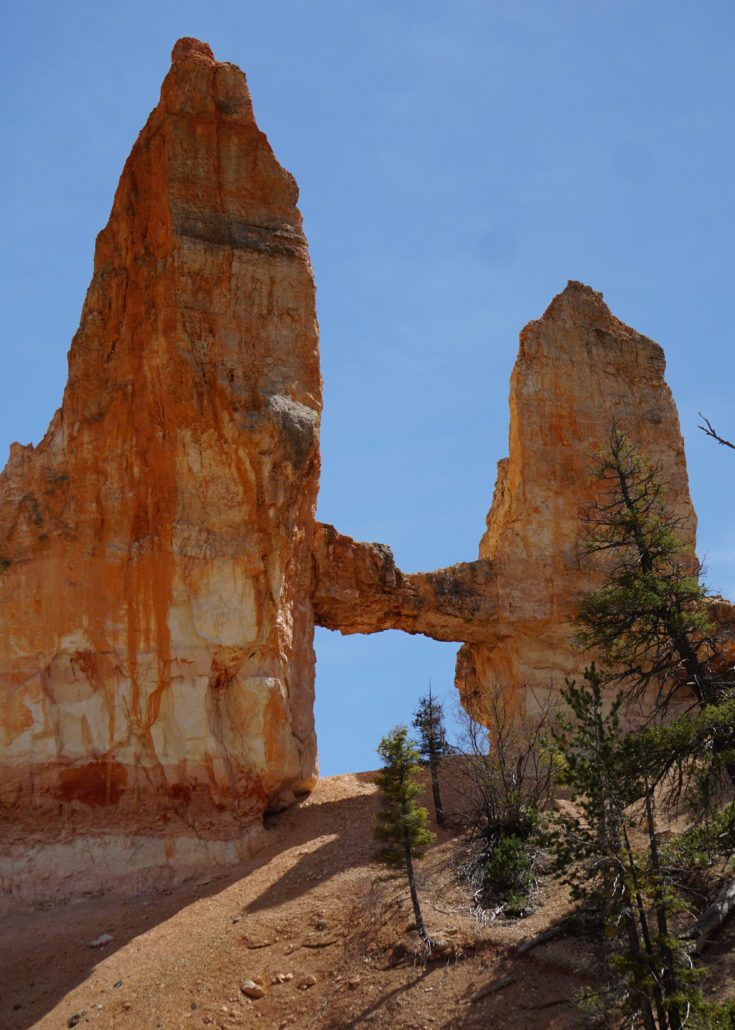 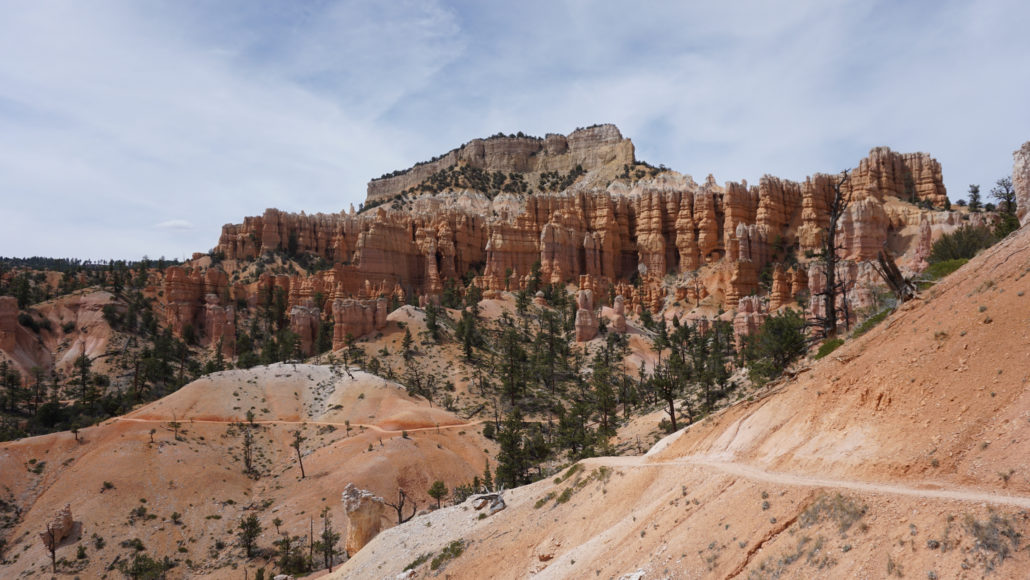 The ramparts of Boat Mesa

Backtrack along the spur trail back to the Fairyland Trail, and turn right. The long, moderate descent you enjoyed to this point yields to an extended section of undulating trail that takes a long arc around Boat Mesa, a prominent formation that dominates the topography and scenery for the remainder of the hike. In addition to the ups and the downs through this section, the trail bends into and out the various ravines carved into the flanks of Boat Mesa. There are a lot more hoodoos and castle-like formations along this section, and the views of heavily eroded Boat Mesa’s flanks are also excellent. 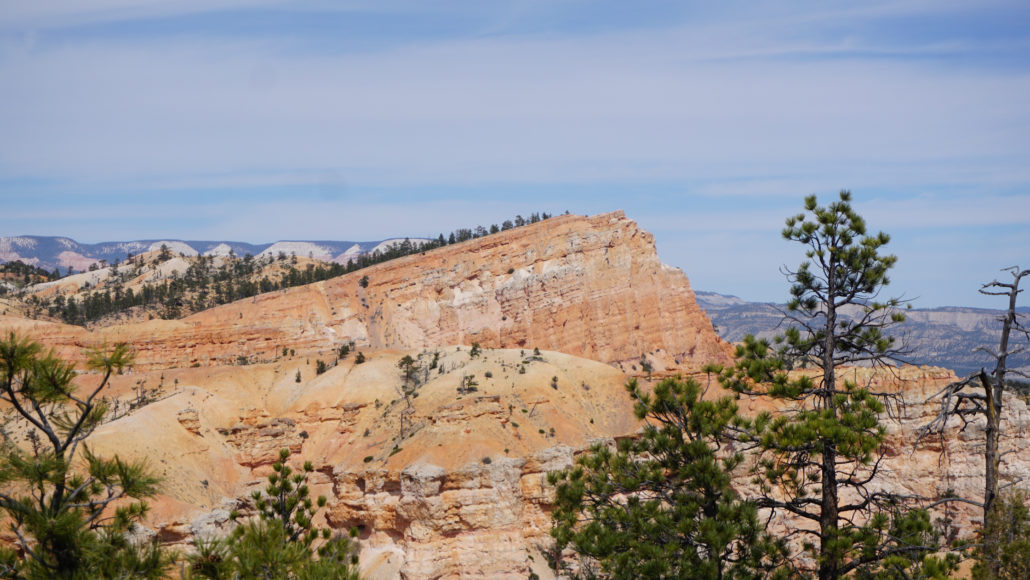 At 3.5 miles, the trail reaches the high point of the undulating section, at which point you get your closest and clearest look at the Sinking Ship to your northeast. Fairyland Canyon is the deep crease between you and the Sinking Ship, and from this high point, you will make a pronounced turn to the northwest to follow the course of Fairyland Canyon all the way up to Fairyland Point. The meaning behind the name “Fairyland” becomes more obvious as you progress uphill on a moderate, steady incline; countless hoodoo, ridge, fin, and arc formations assume all varieties of shapes, sizes, and colors, creating a phantasmagoria of sights contrasting against the deep blue Utah sky. 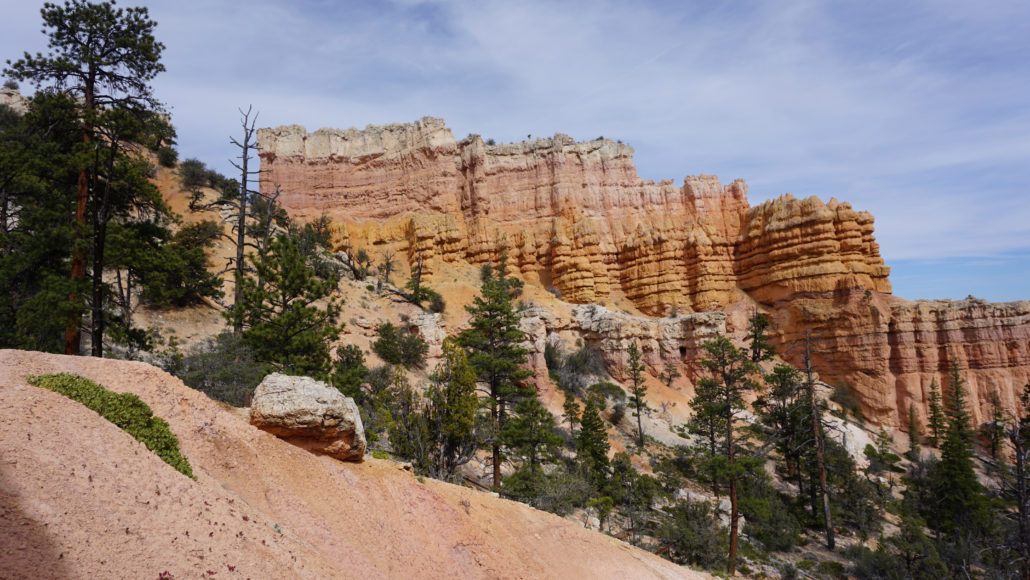 At 4.9 miles, the trail crosses Fairyland Canyon’s dry stream bed and makes a few climbing switchbacks up to Fairyland Point at 5.4 miles. From this point, you can enjoy an unimpeded view east and north toward the Aquarius Plateau and across Tropic Valley. You can’t see quite as much of Bryce Amphitheater, since Fairyland Point is off on its own away from the hustle and bustle. However, the views here are still stellar. 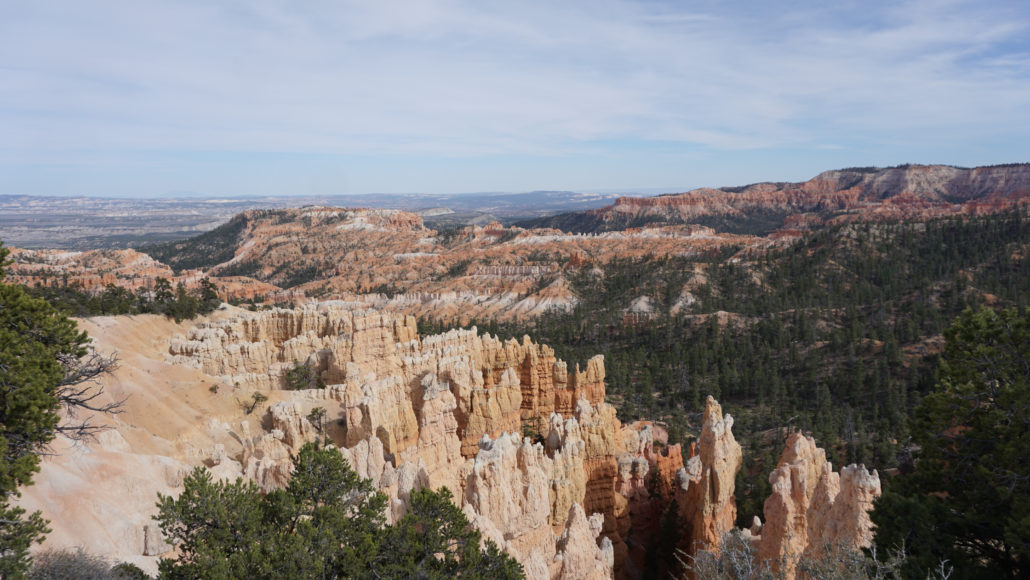 After you’ve finished scanning the horizon at Fairyland Point, find the northern terminus for the Rim Trail, and follow it south along the rim of the Pink Cliffs. The Rim Trail will ultimately take you back to Sunrise Point, but you will immediately notice that the landscape you’re enjoying is dramatically different. Below the rim, everything is pink, eroded, and bizarre. Up atop the rim, the landscape is dominated by pine forest, rolling grasslands, and less dramatic views west. The hiking itself is quite pleasant, and even as amazing as Fairyland Canyon is, it doesn’t hurt to have a change of scenery after so much overwhelming pink flamboyance. 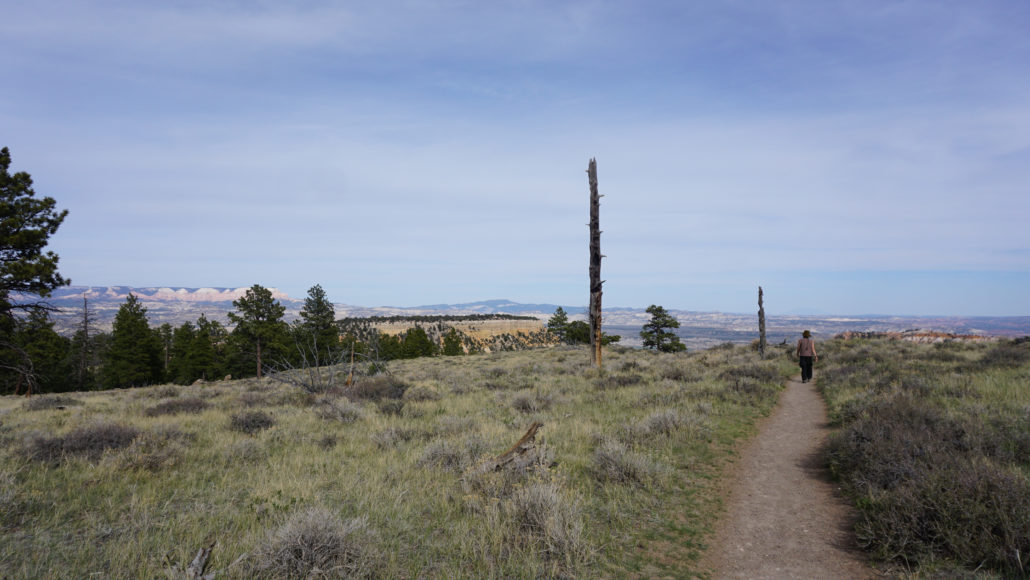 As the Rim Trail travels south, it climbs along the rim, featuring constantly changing views down into the hoodoos and west toward Red Canyon. The incline quickens at 6.6 miles as the trail reaches the high point for the route at 7.1 miles. The best views west can be found here, and if you can manage to time this part of the hike for the sunset, you will treat yourself to good views of the sinking sun – a rare treat at Bryce Canyon. 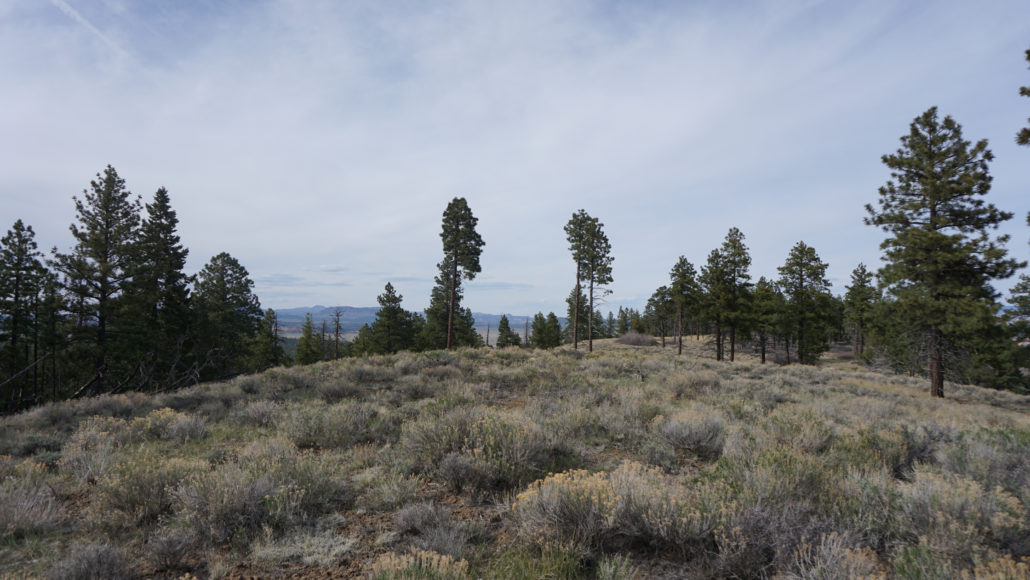 After topping out the high point, the trail descends toward Sunrise Point while faithfully following a few more small hills and passing along the east edge of North Campground. Continue past the first Fairyland Trail Junction, and turn right back onto the access trail leading to the Sunrise Point shuttle stop, which will lead you back to wherever you parked.

Accommodations near The Fairyland Loop 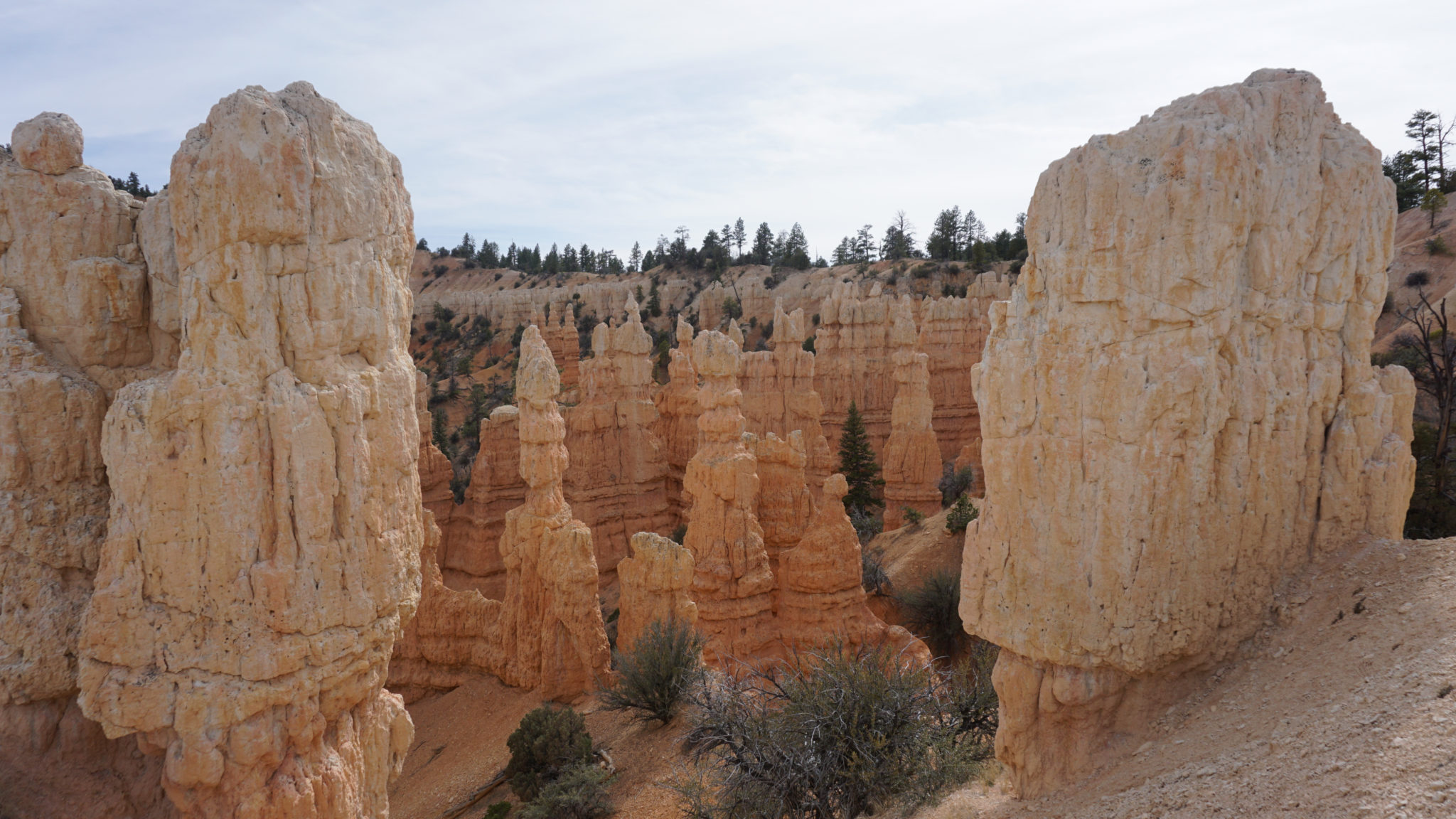 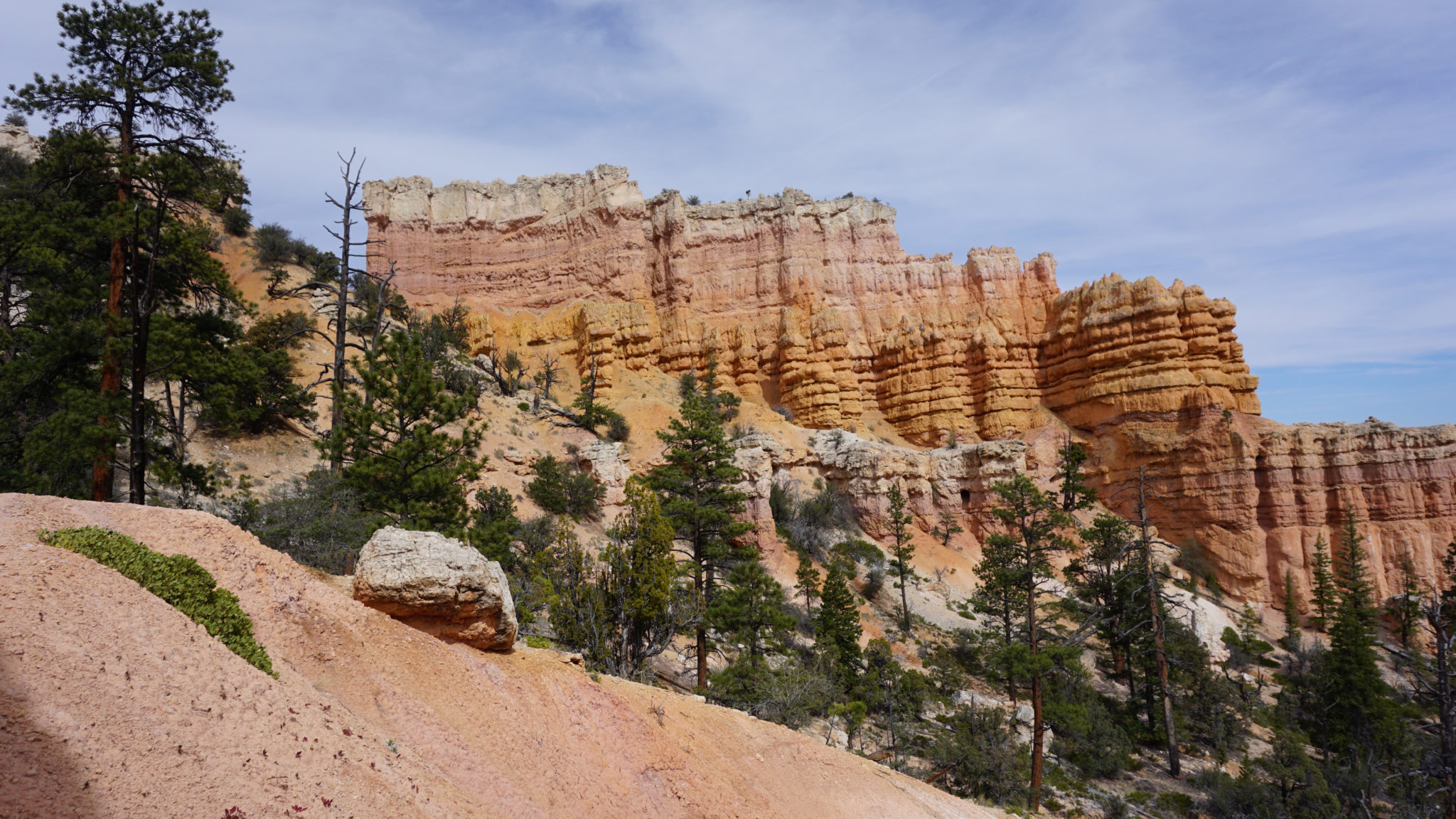 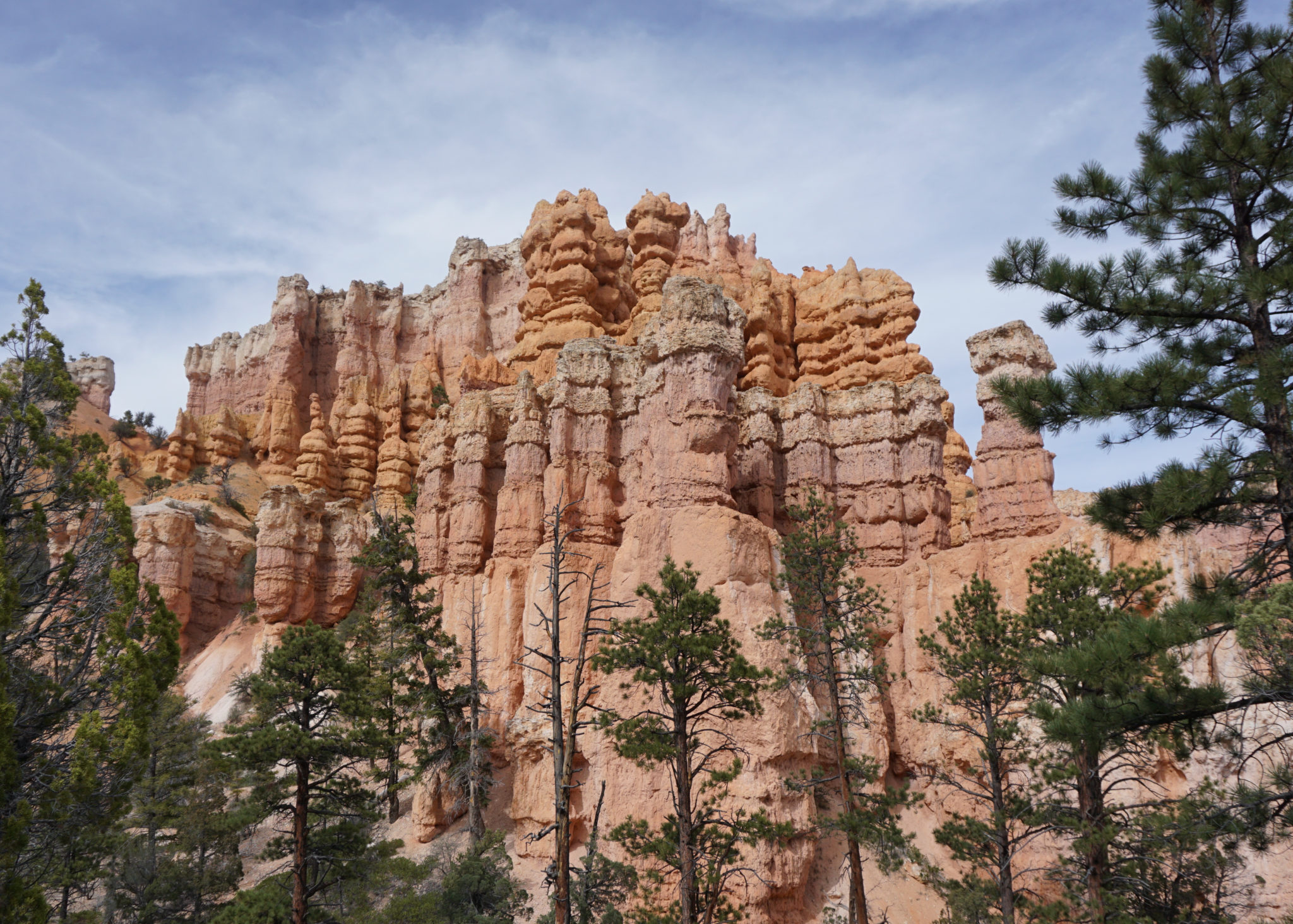 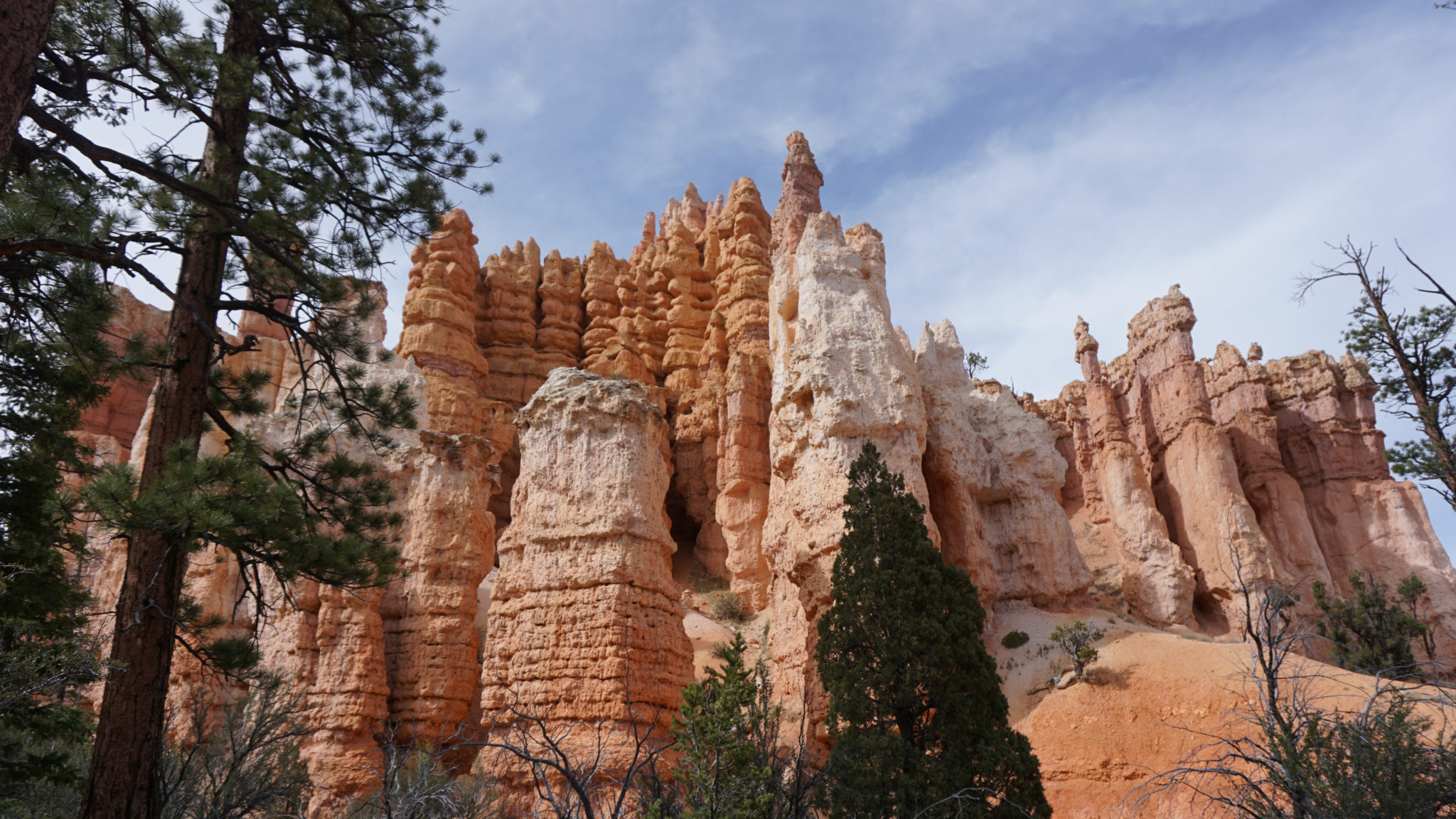 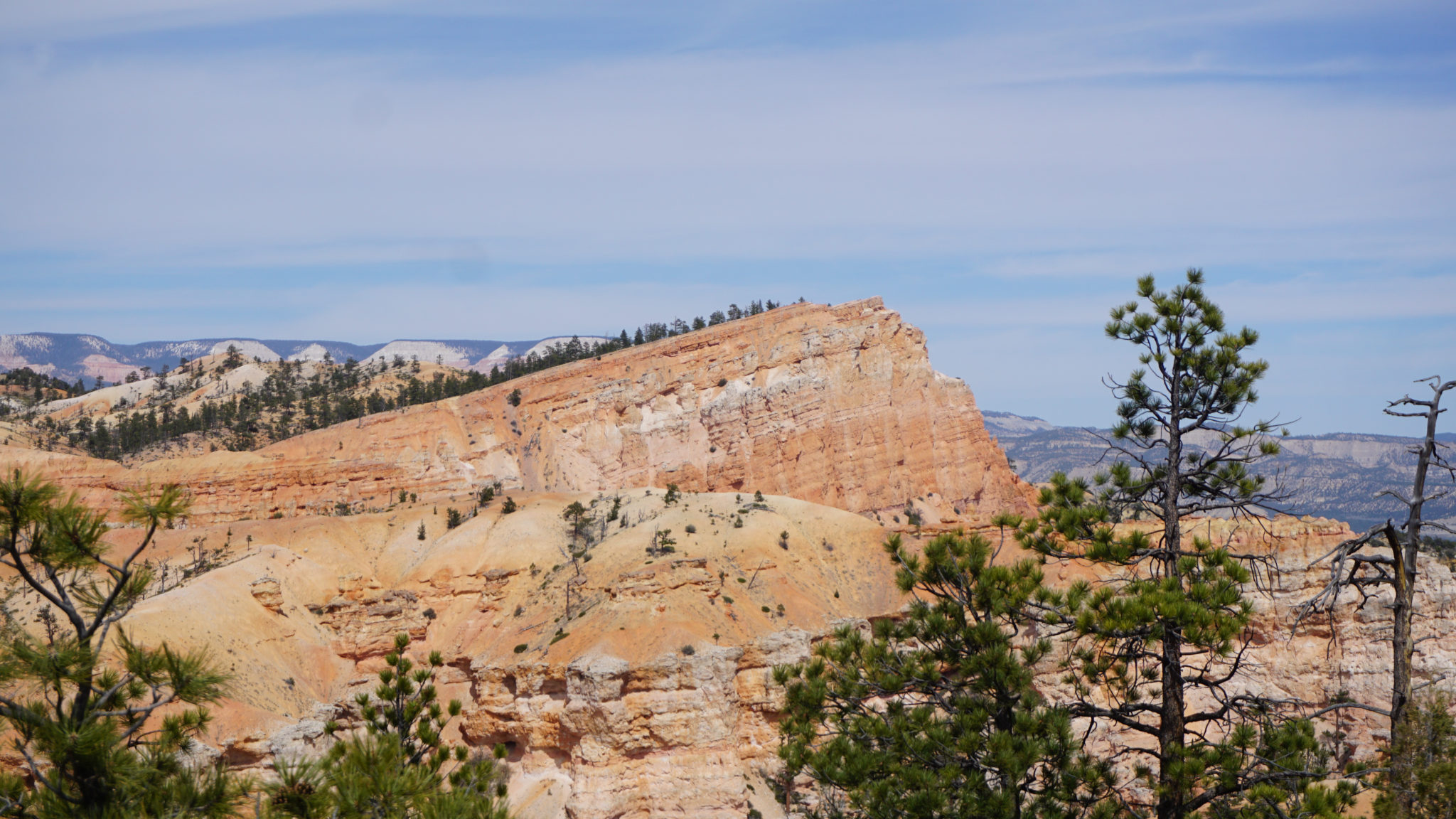 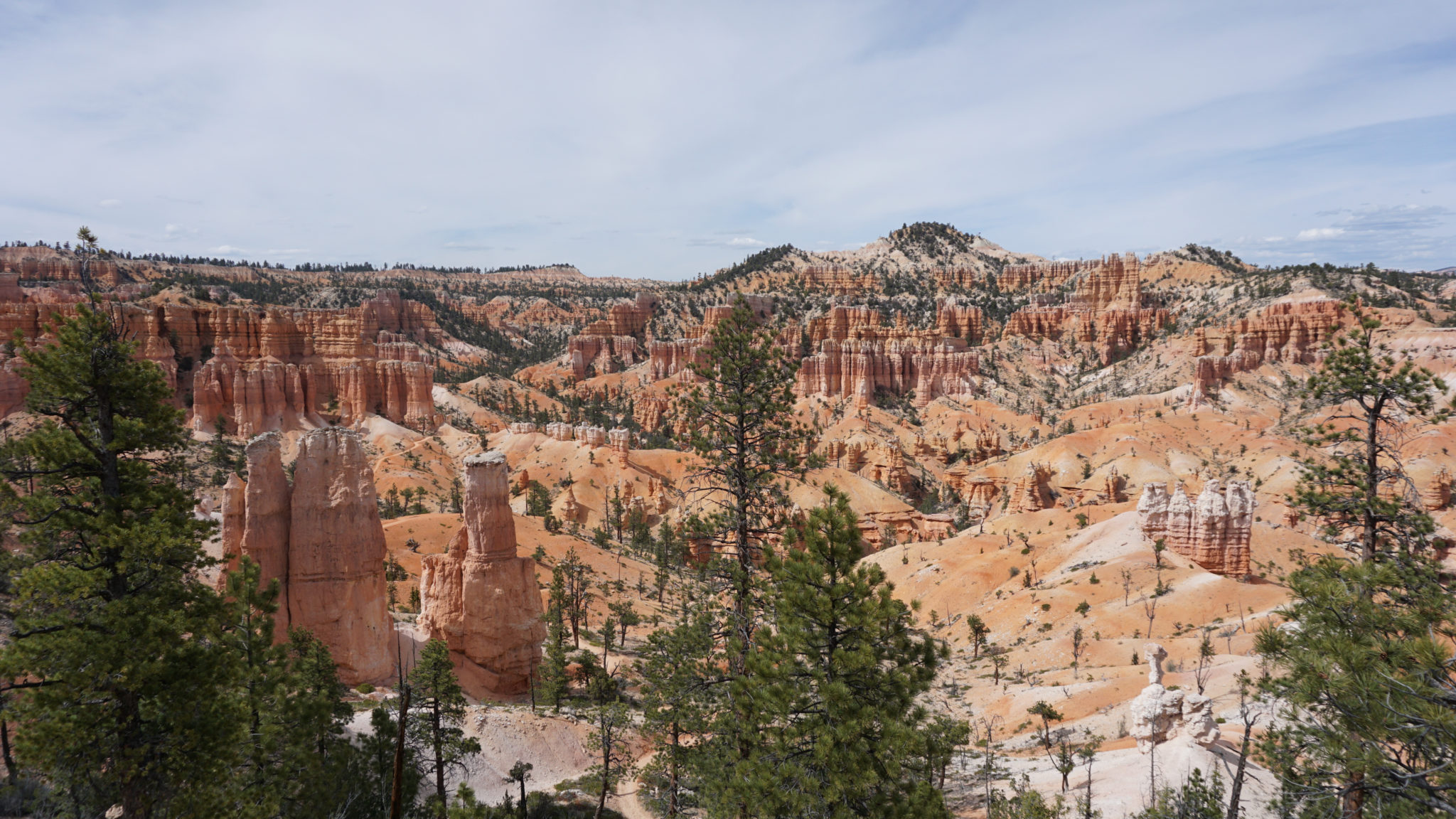 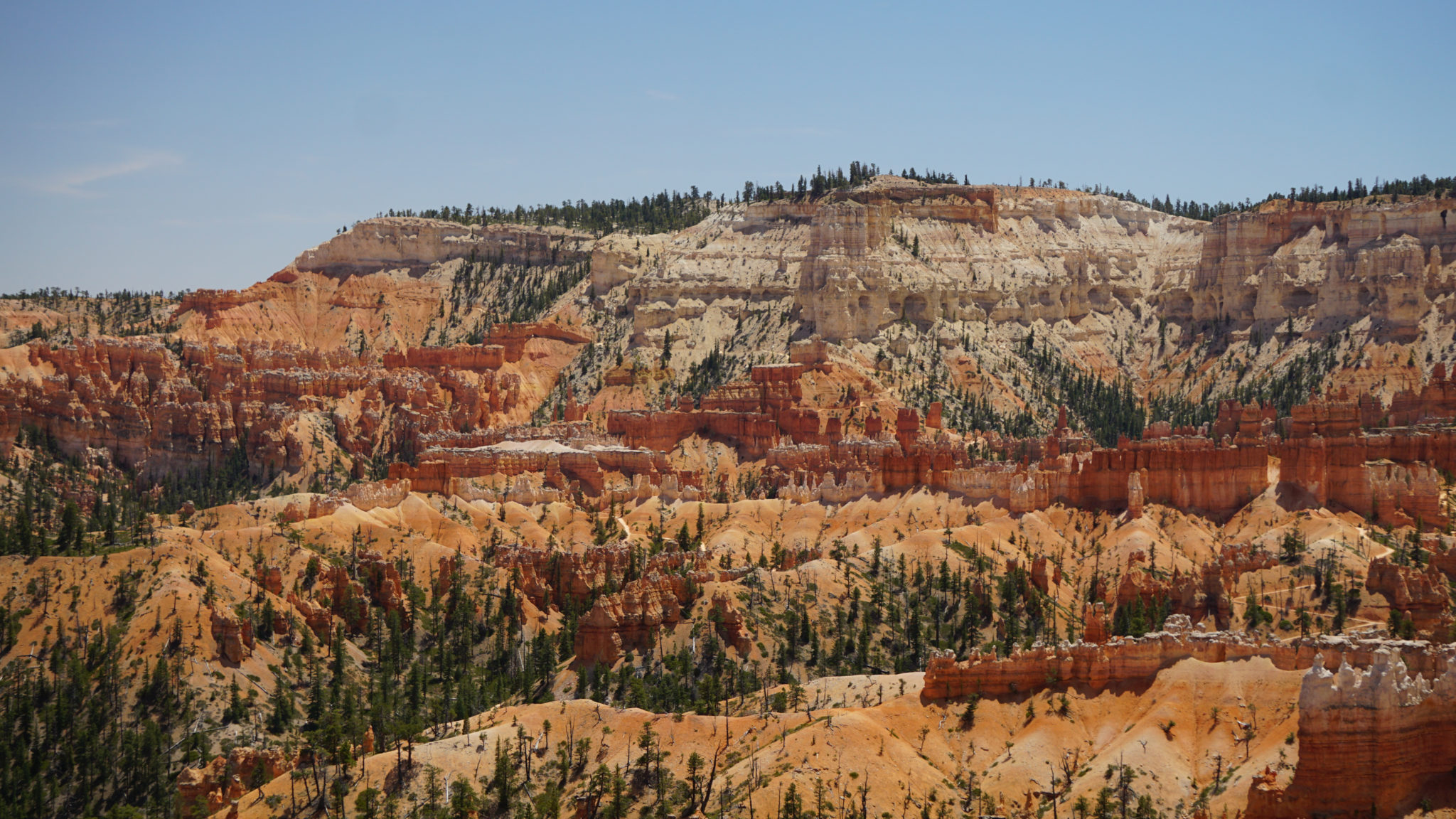 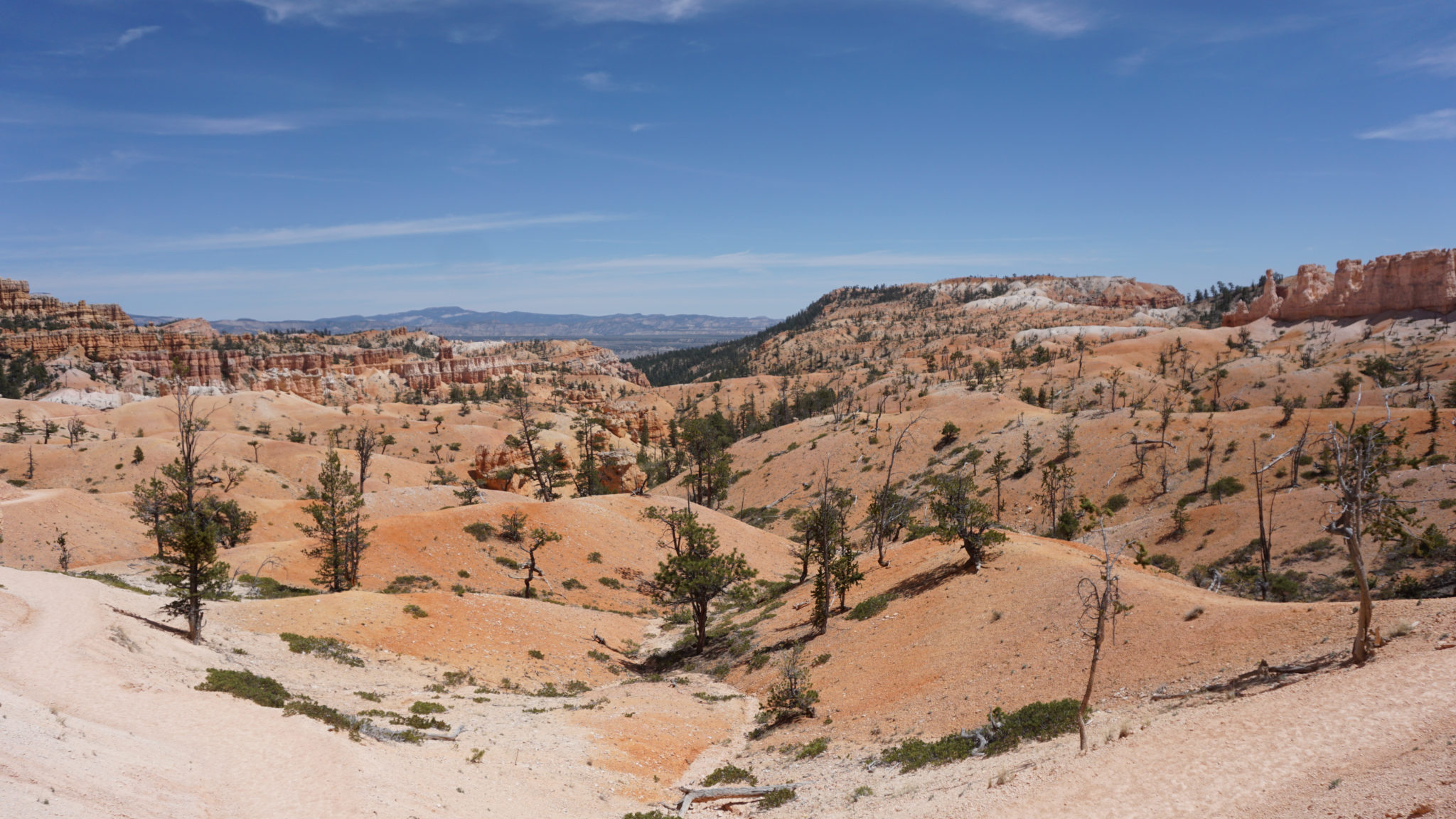 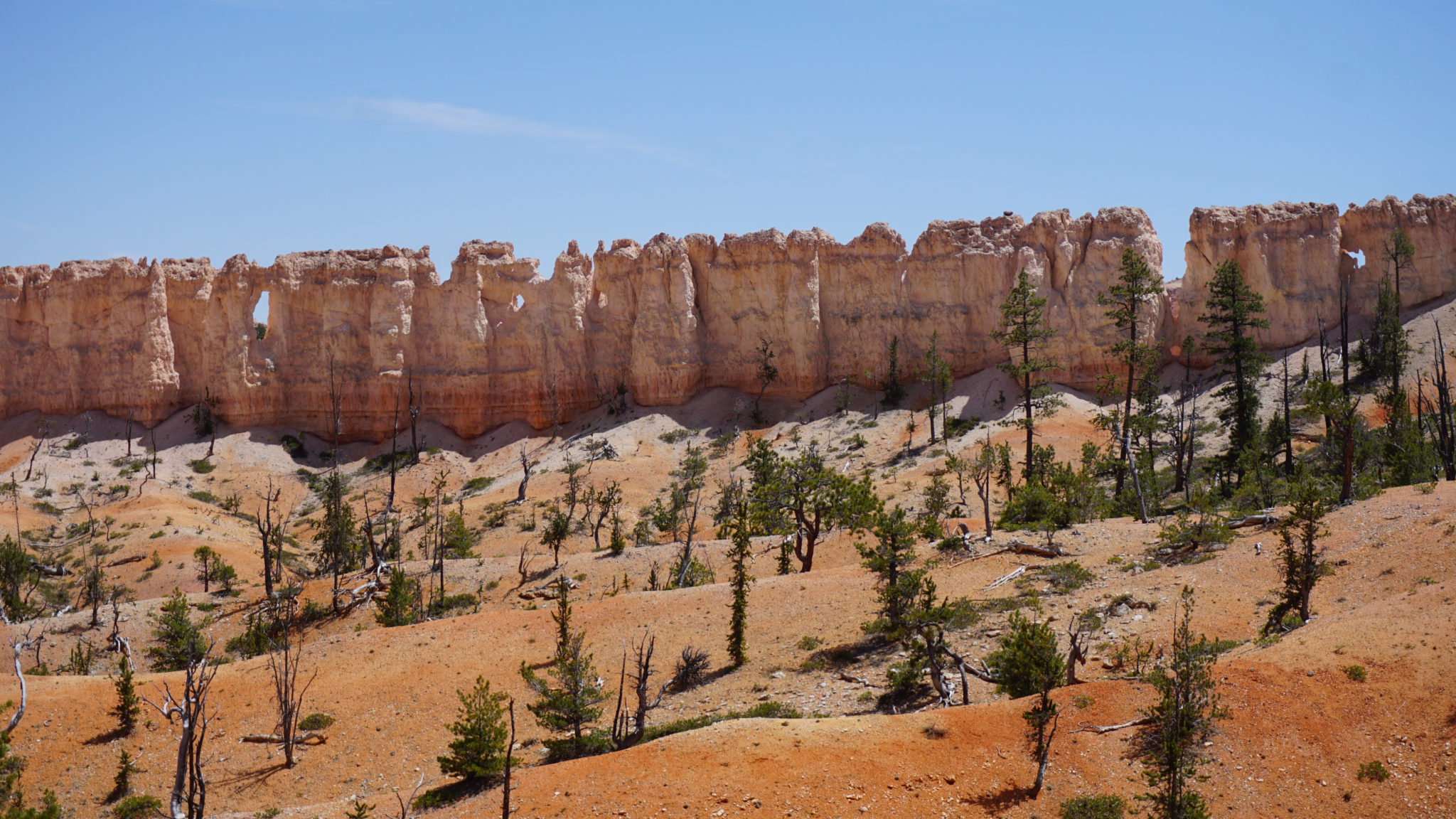 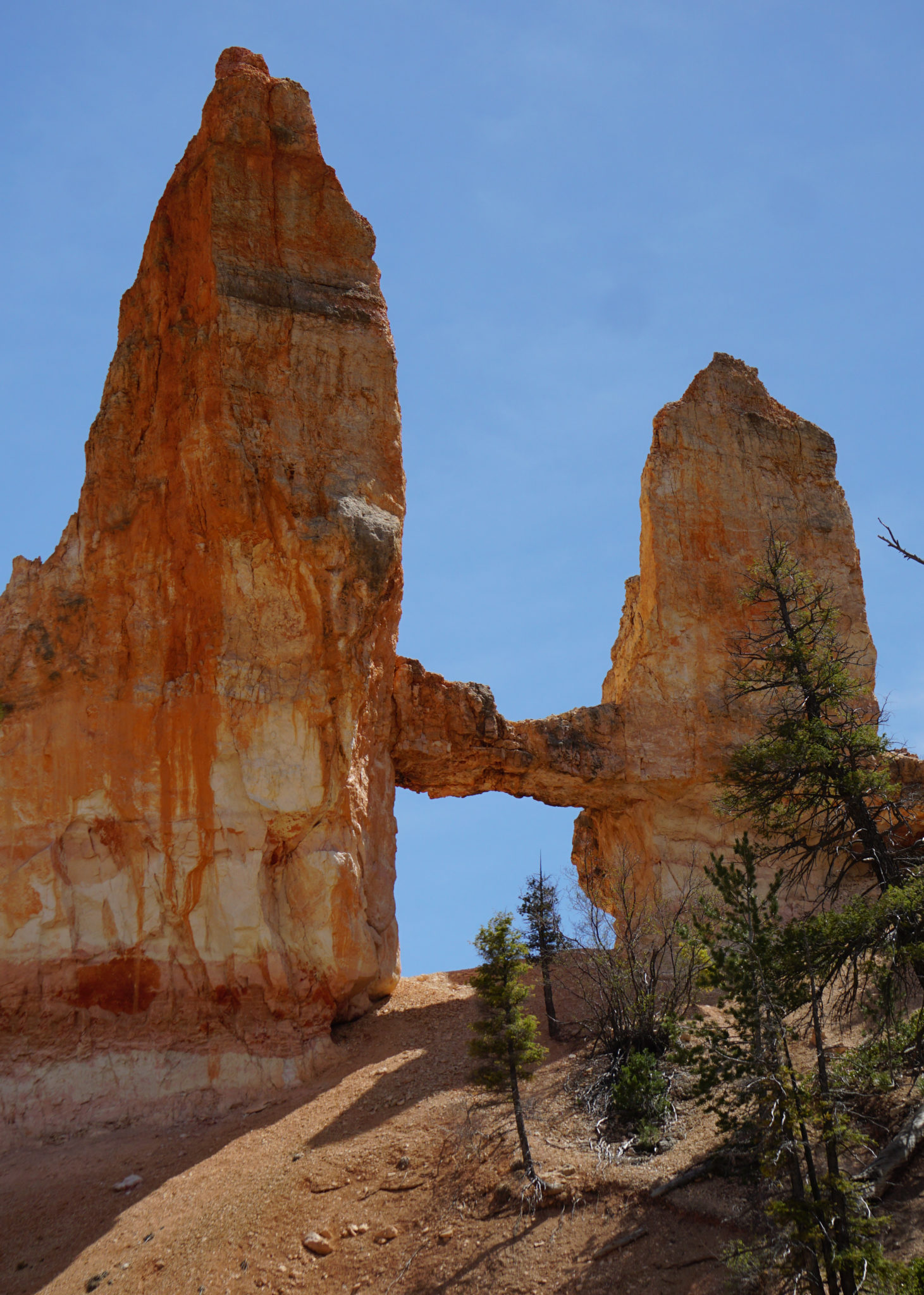 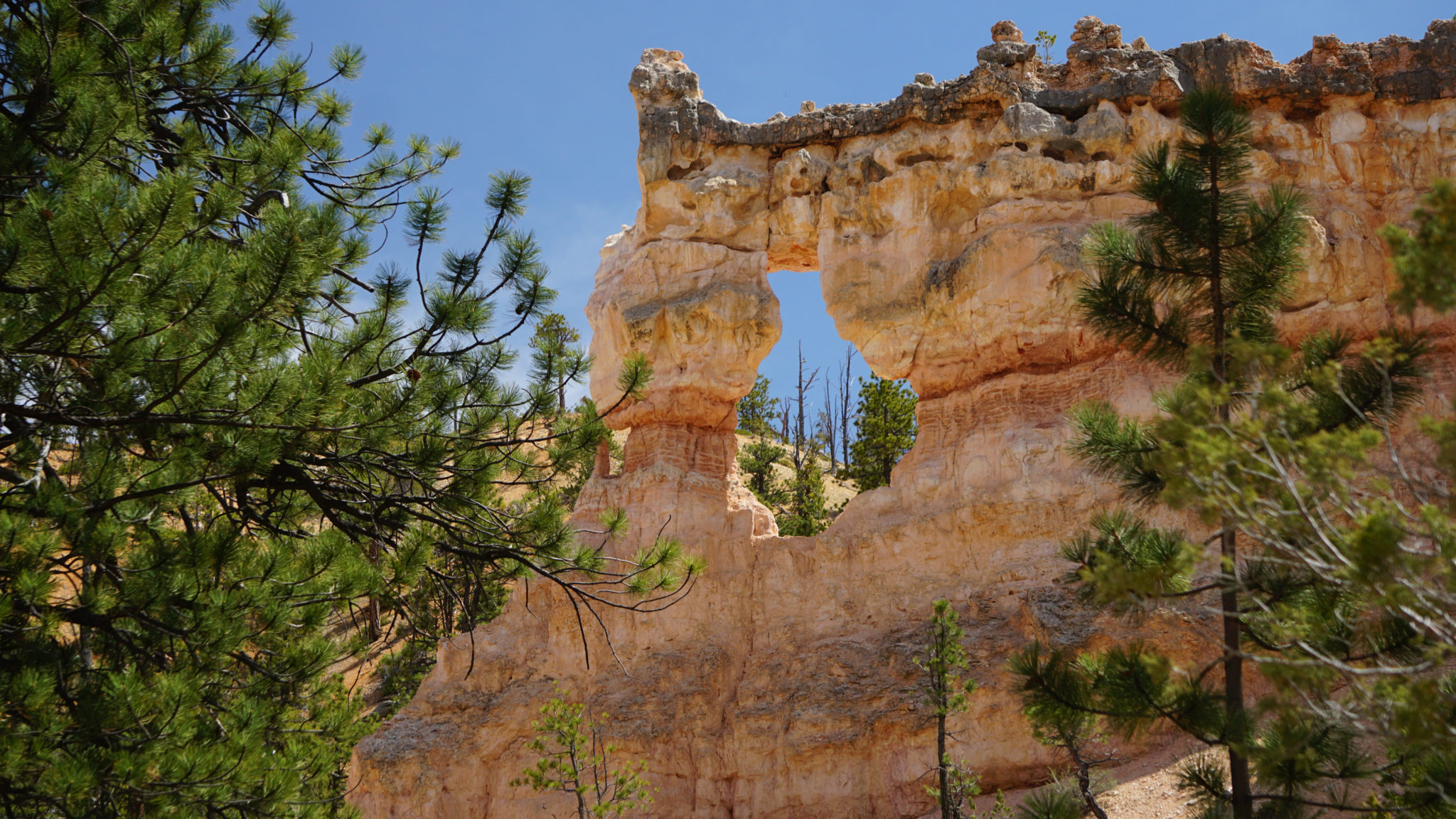 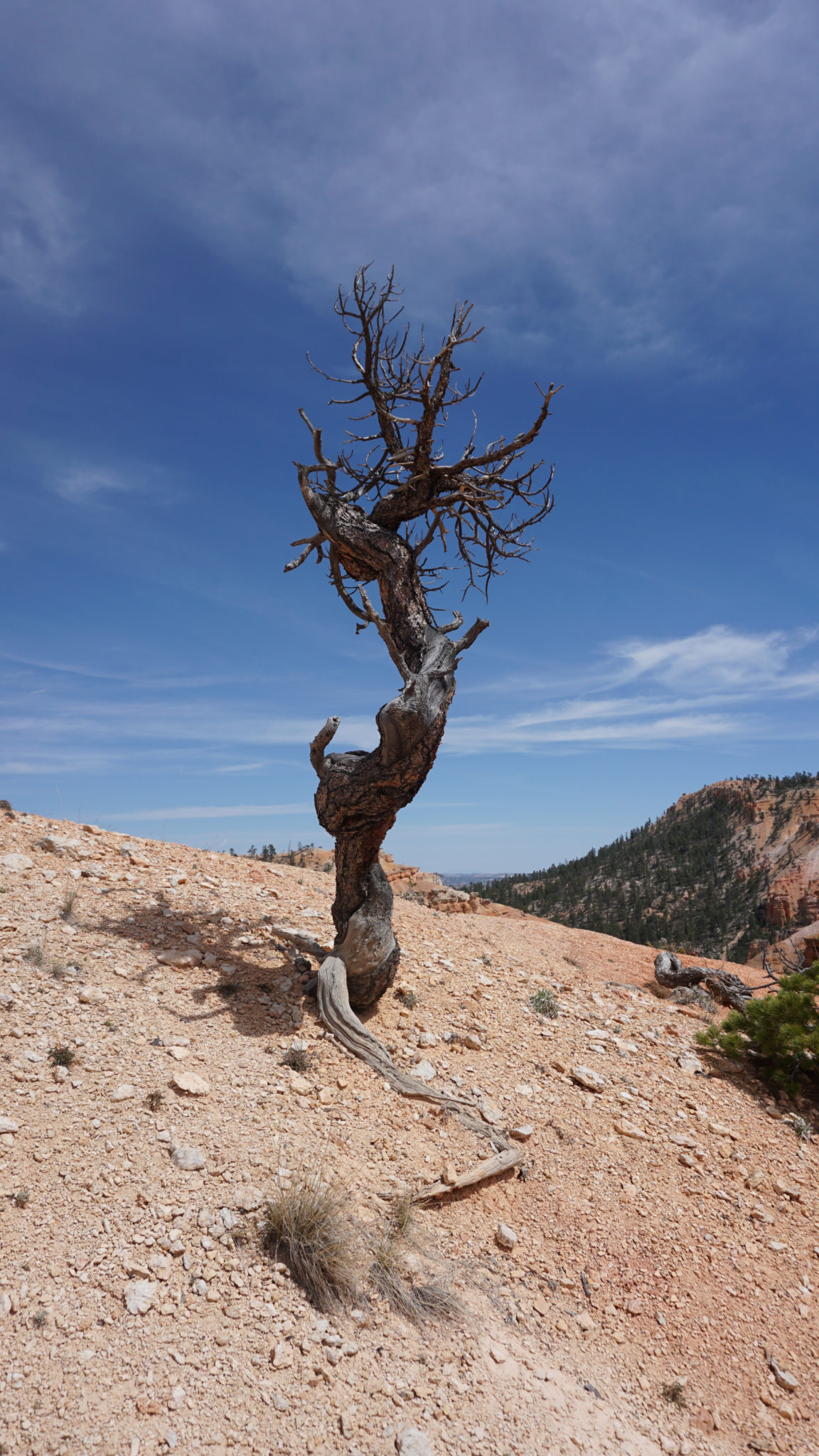 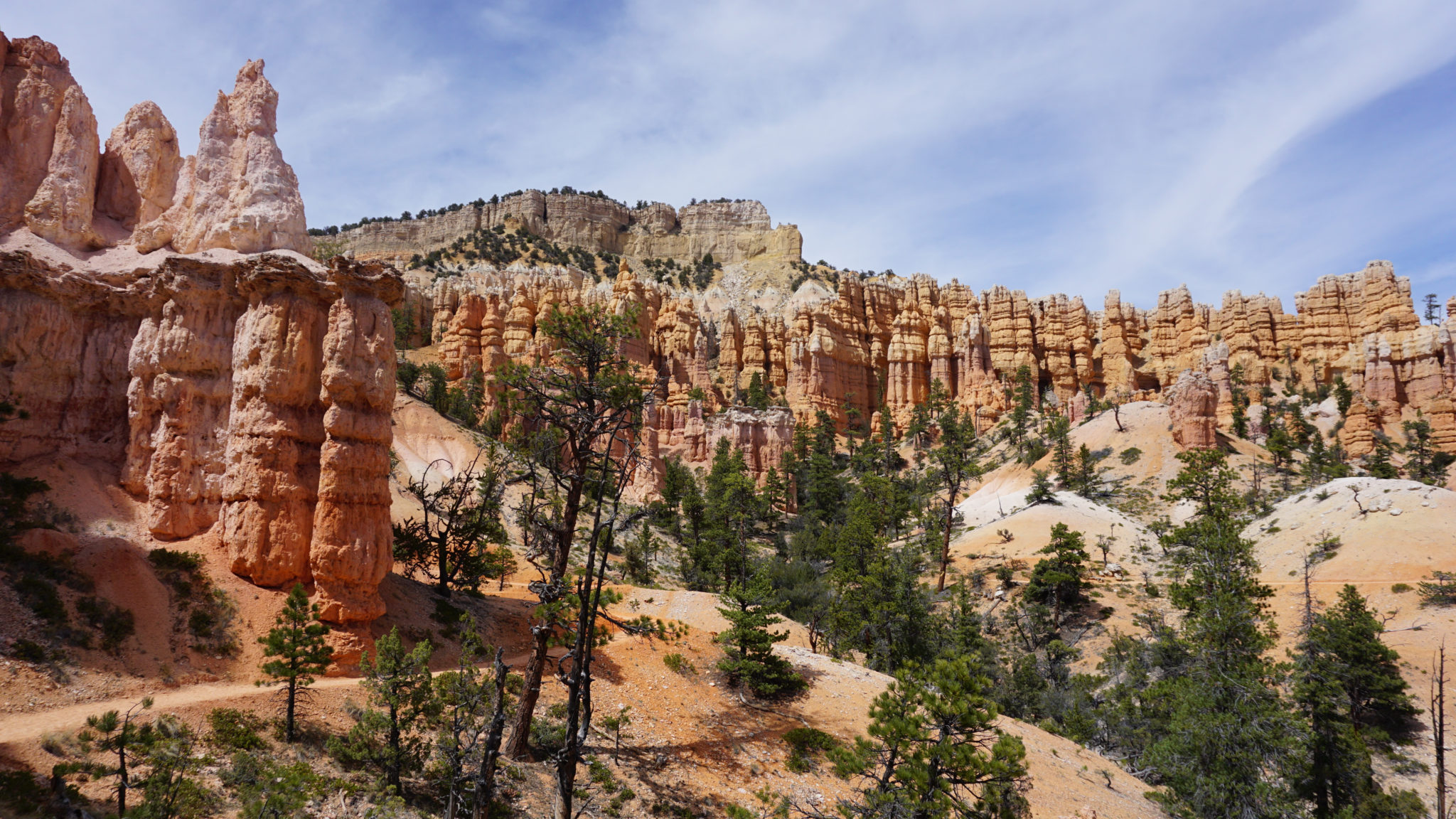 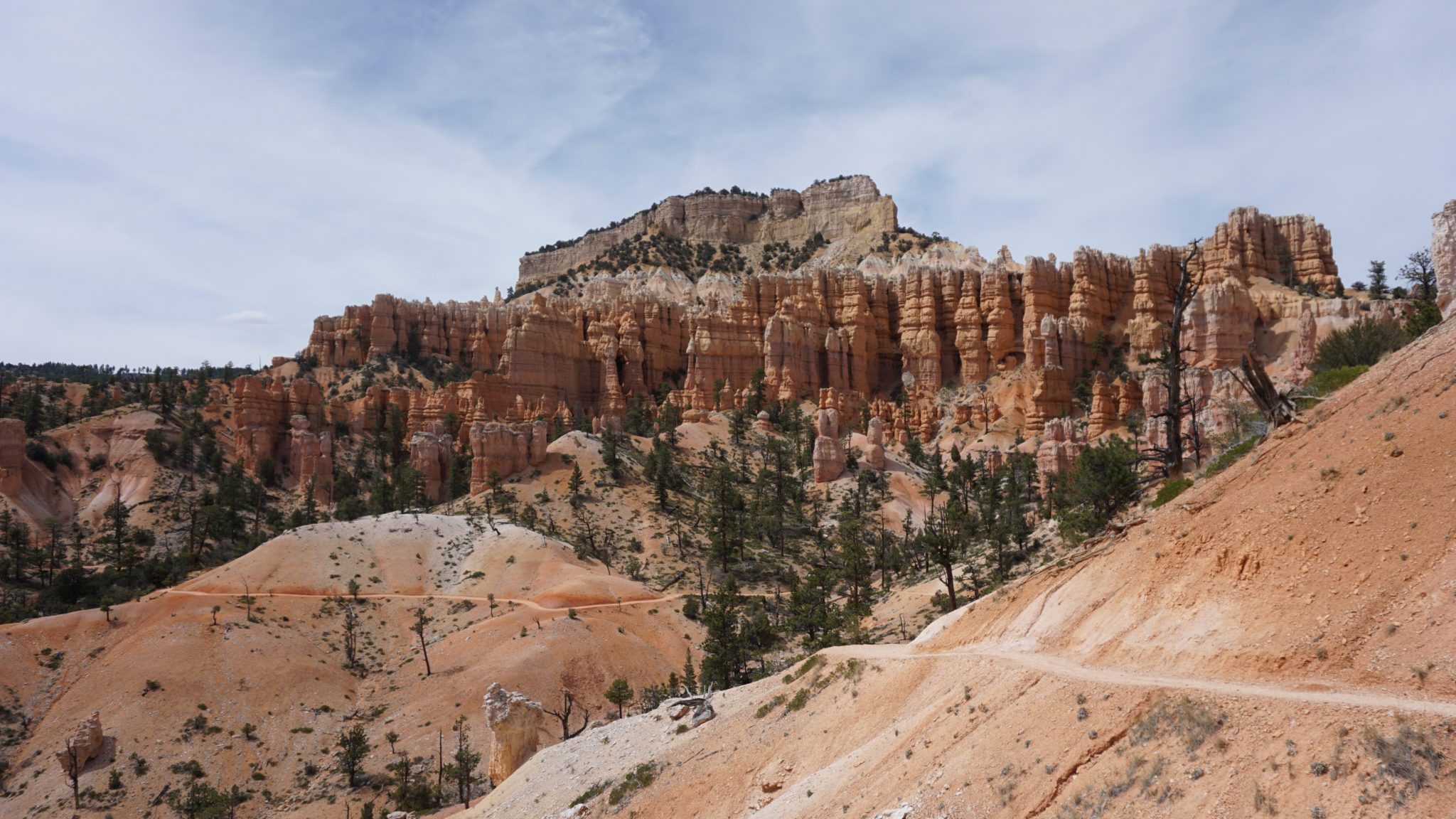 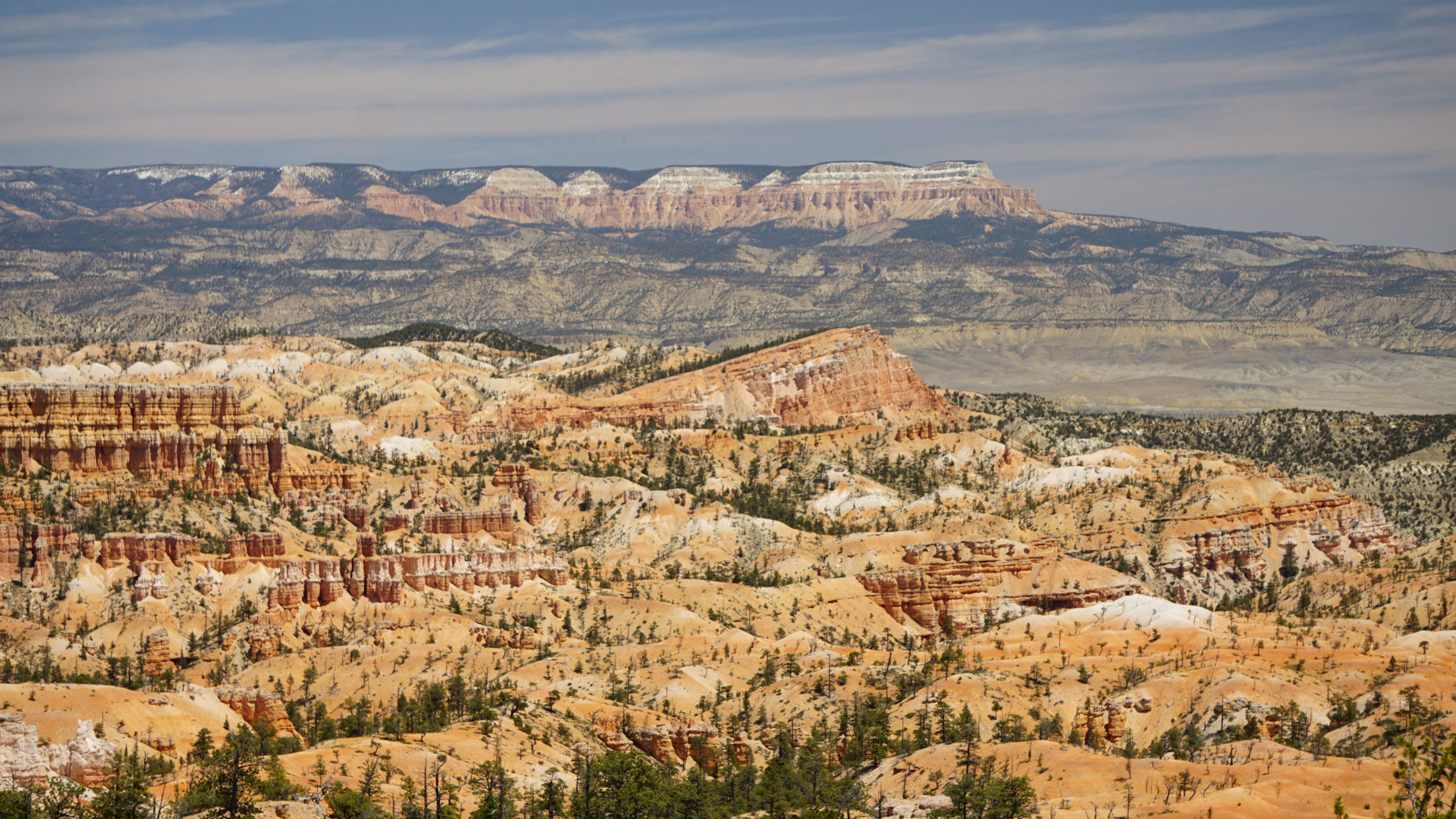 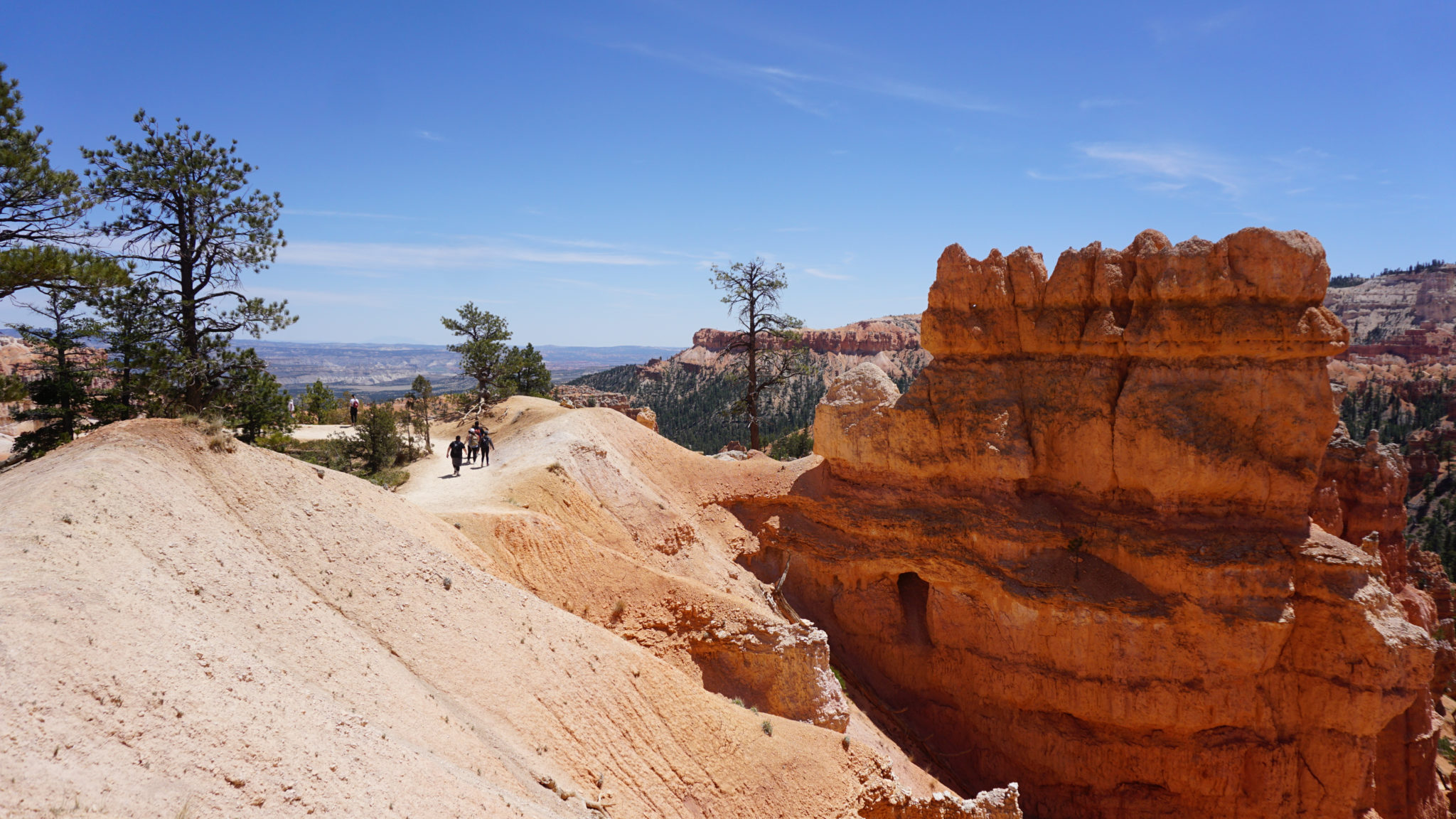 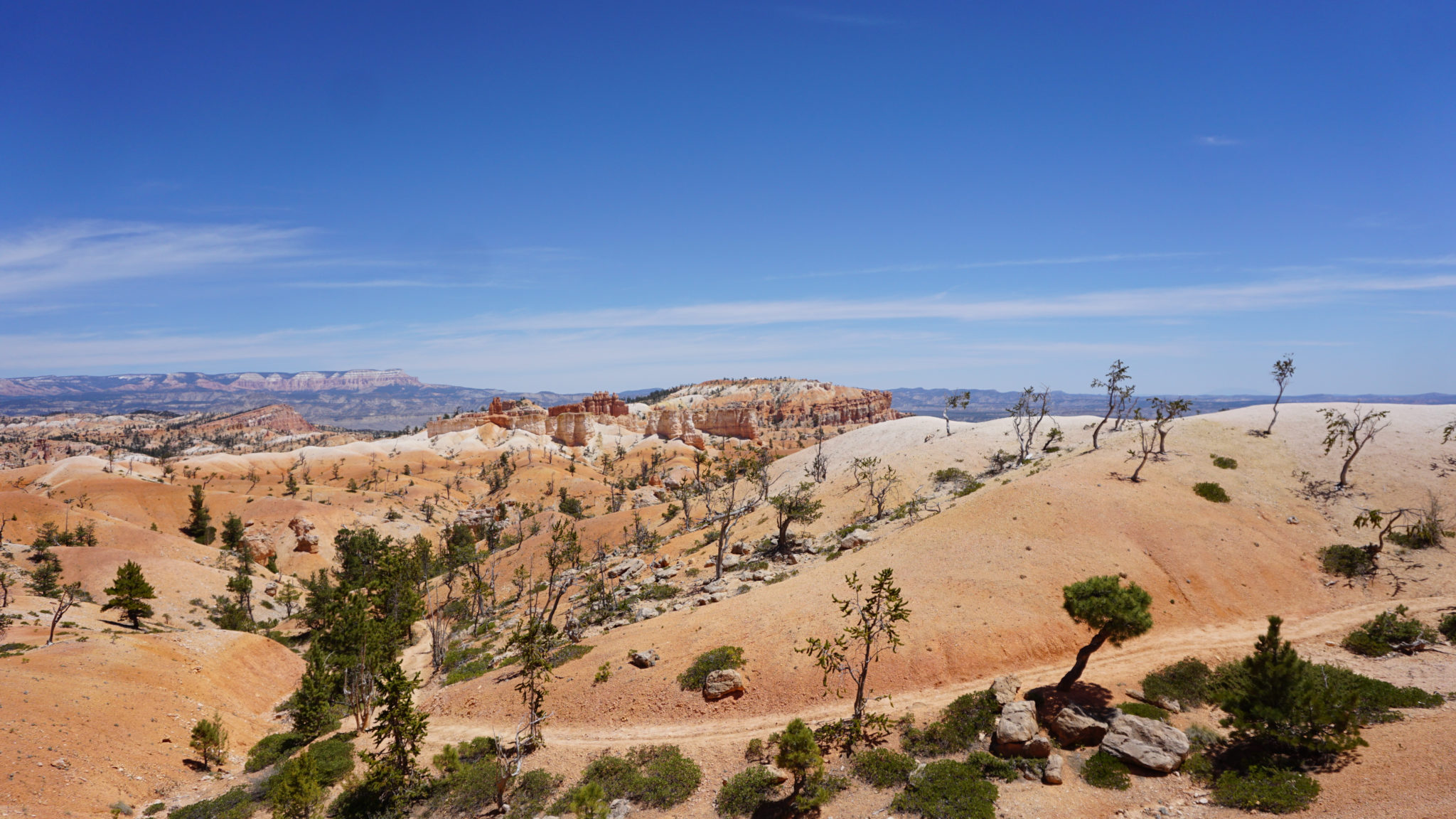 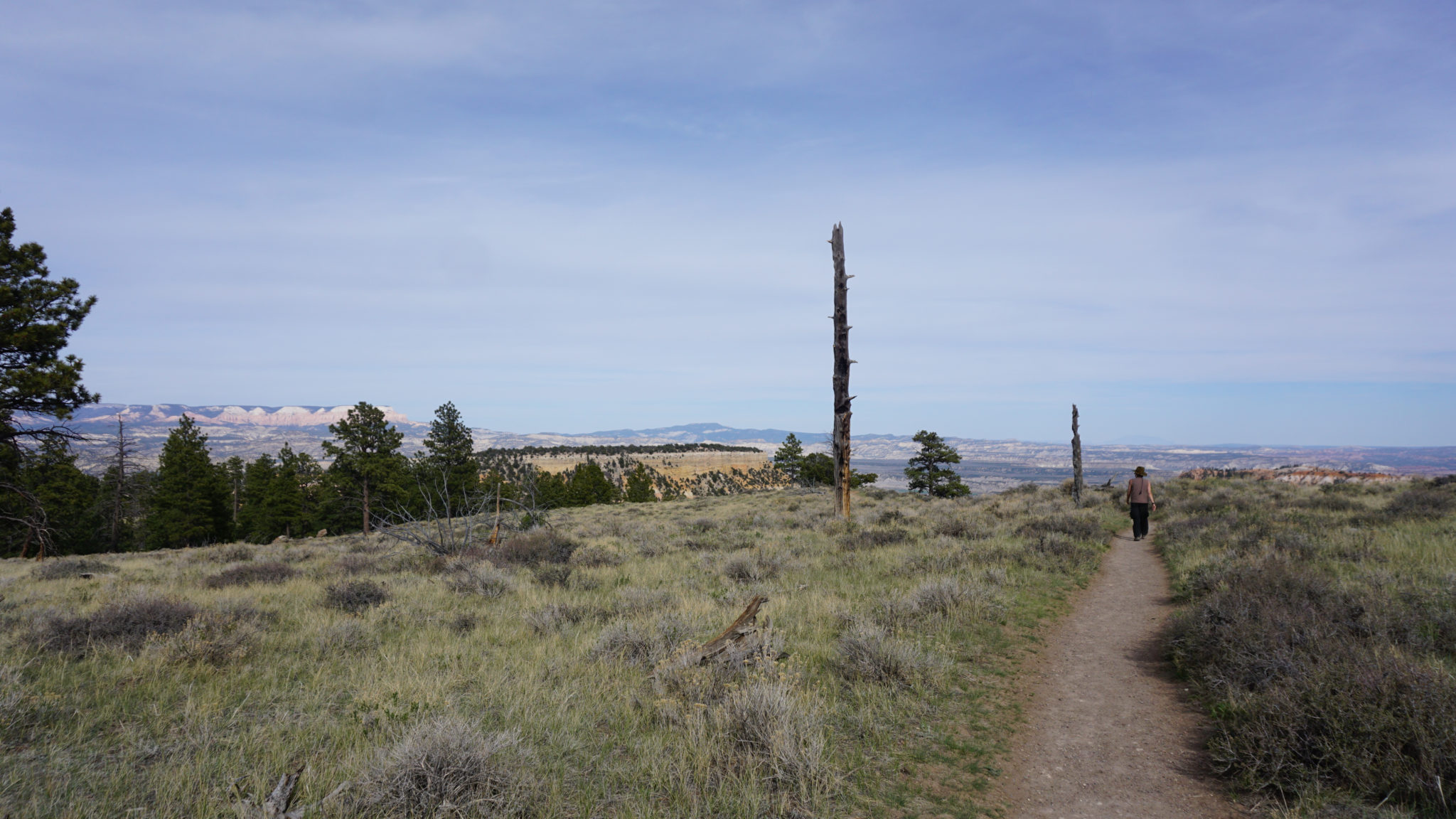 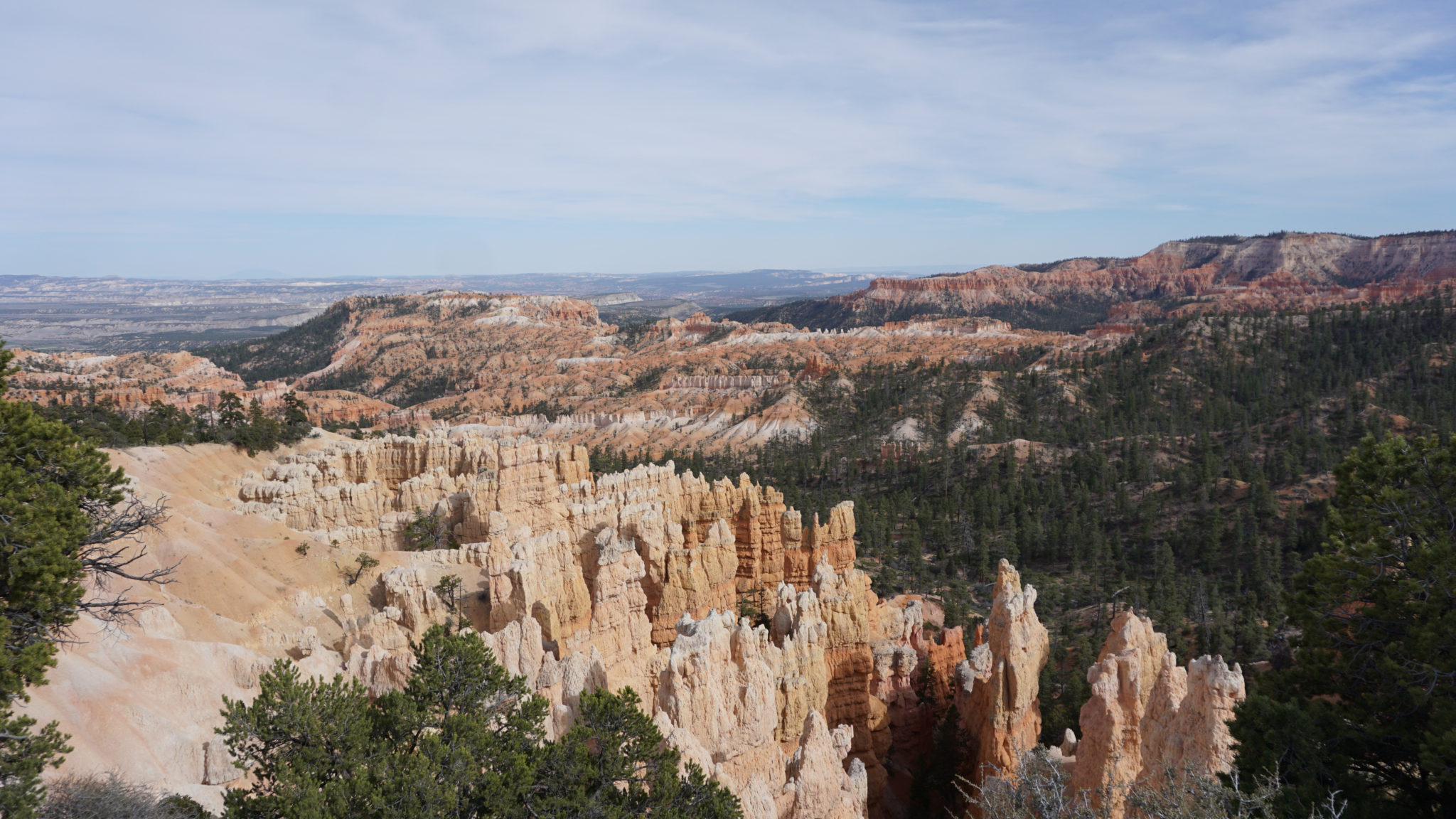 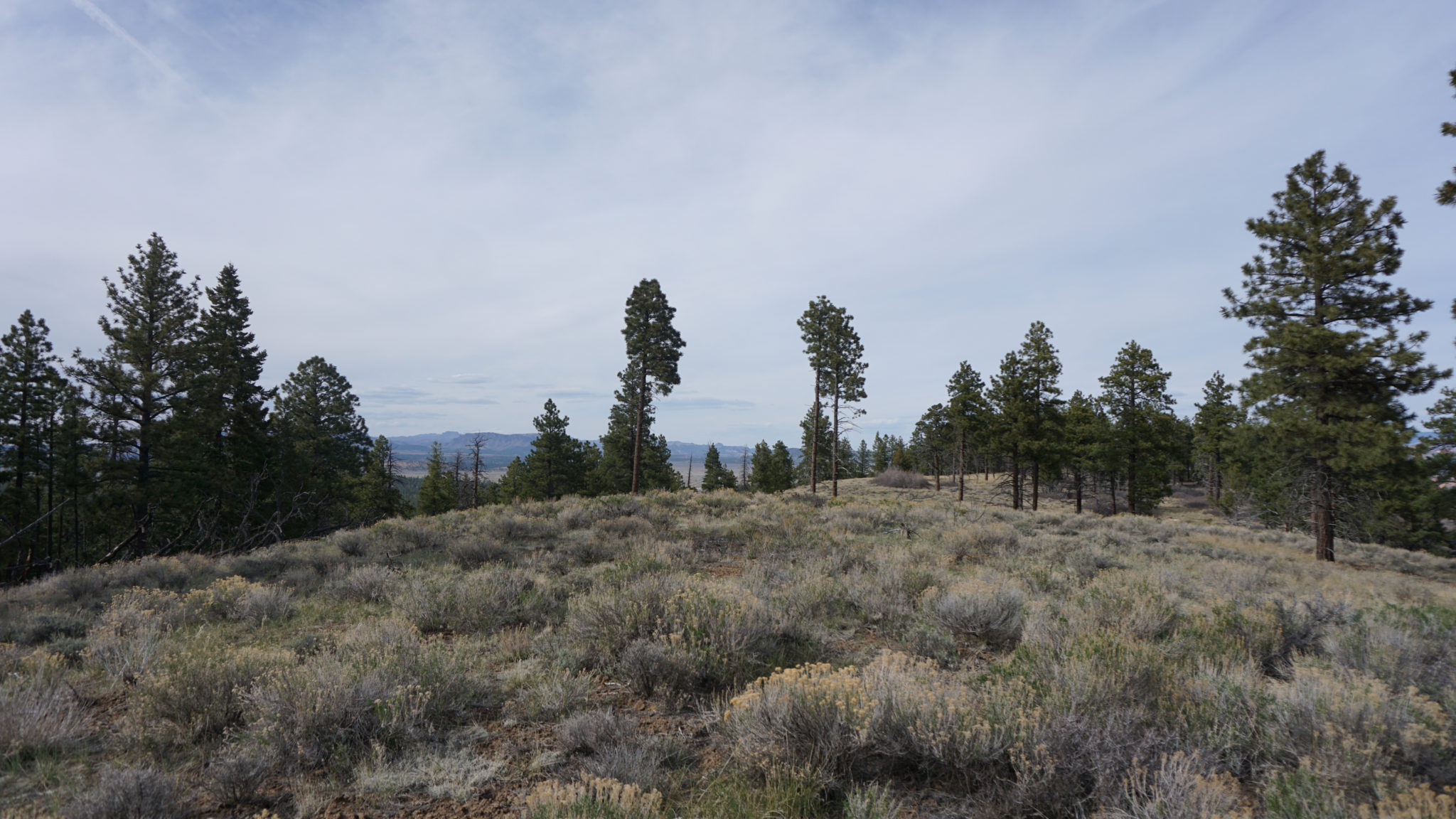 The trail is in good shape and easy to follow. Bryce Canyon's signage isn't the best, but since this trail lies off of the congested, complicated Bryce Amphitheater trail network, you shouldn't have too much trouble sticking to the route.

The nearest campground is North Campground, which you will actually walk by on the end of the route.