First order of business: to correct a mispronunciation that has created confusion among hikers for years. Many people think the word “Tahquitz” is pronounced like “TAH-quitz” or “TAH-keetz.” Neither of those are correct, however. After checking in with the desk clerk at the Agua Caliente Tahquitz Visitor Center, I learned that it is pronounced “TAH-kwish.” In the Cahuilla language, “tz” is pronounced as “sh.” Confusion resolved. 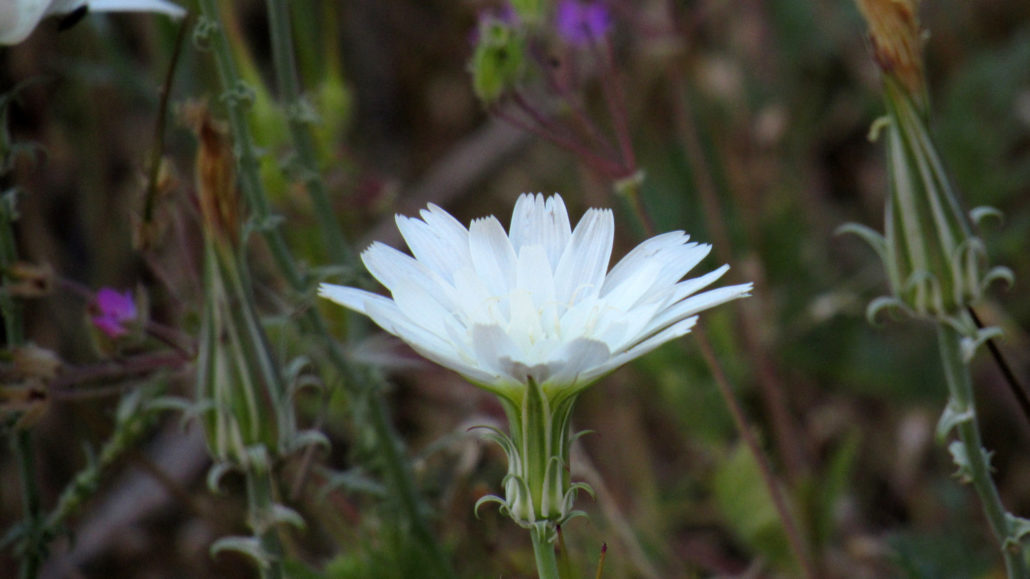 Cahuilla culture bears a heavy imprint on this hike, which travels through lands that have always been and remain to this day Cahuilla Land. As part of the territory of the Agua Caliente Band of Cahuilla, Tahquitz Canyon and the neighboring canyons within Indian Canyon to the south stand apart from the sprawling desert resorts of Palm Springs. The Agua Caliente allows light recreation on its land for a fairly substantial fee ($12.50 at the time of writing – September 2017). Out of respect for the Agua Caliente, pay the fee and abide by their rules. Not only is the hike well worth it, but there’s a good chance a ranger will escort you off the trail if you’re caught without proof you paid. 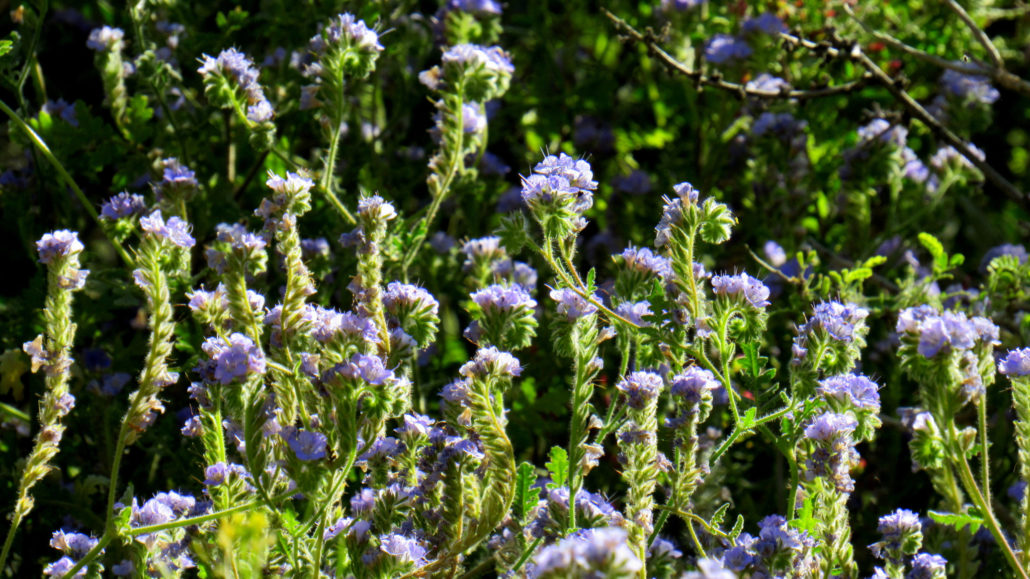 Speaking of rangers, it may behoove you to consider taking a ranger-led interpretive hikes. Rangers lead group out from the visitor center at 8am, 10am, noon, and 2pm. If you want to hoof it on your own, or you simply miss the time frames, be sure to pick up a map from the visitor center that also serves as an interpretive guide. It will alert you to many of the highlights you will encounter along the way. Note that I only touch on a few of the various highlights, so the brochure will certainly augment the information I convey in this article. 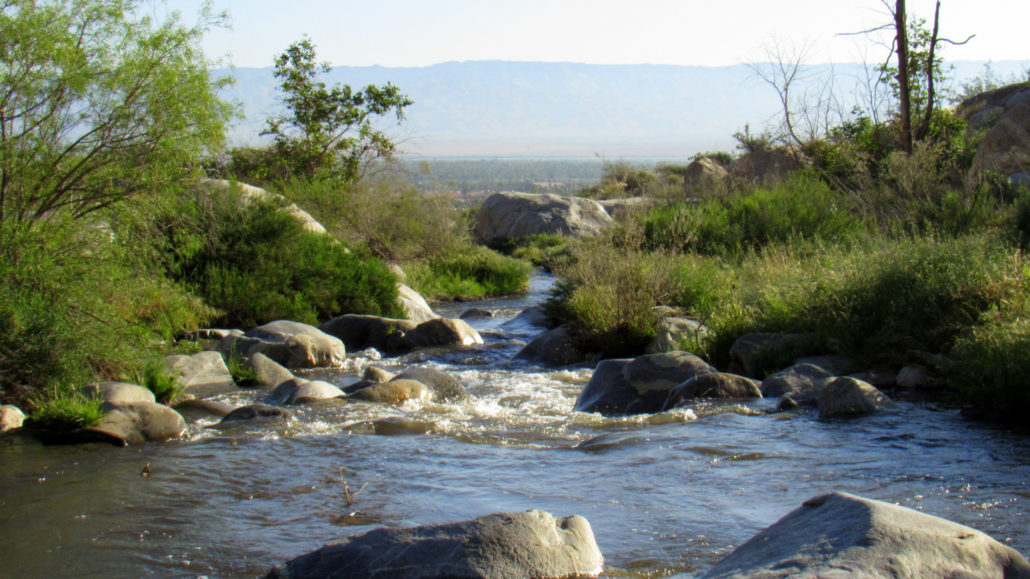 The route follows a figure-8 loop. You can choose to go either way, but I recommend taking the right fork to begin. Set out heading southwest from the visitor center on a moderate incline. After crossing Tahquitz Creek on an easy rock hope, you reach a junction with the first of the two loops. Just inside this loop lies the site of one of the oldest village sites in the Agua Caliente tribe’s original habitat. Astute hikers will pick out bedrock mortars and even rock art that date back several thousand years. 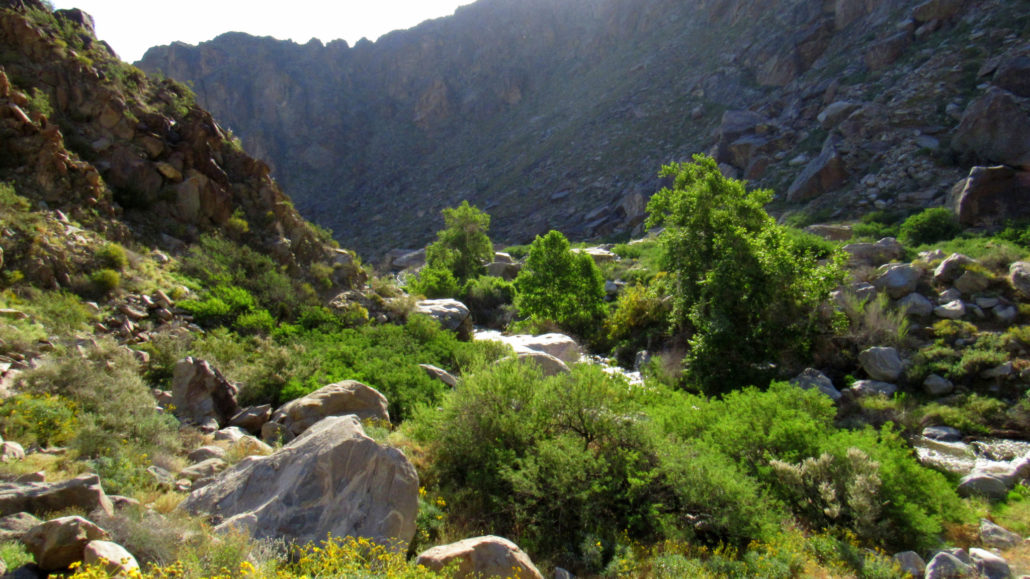 Just past this point, the loop closes and follows the north bank of the creek. As the trail progress, it reaches a junction for the second loop at 0.4 mile. Take the right fork and follow it as it approaches a point where the canyon narrows. After rounding a bend to enter the canyon, the trail follows closely along the creek sometimes in the shade of sycamores. 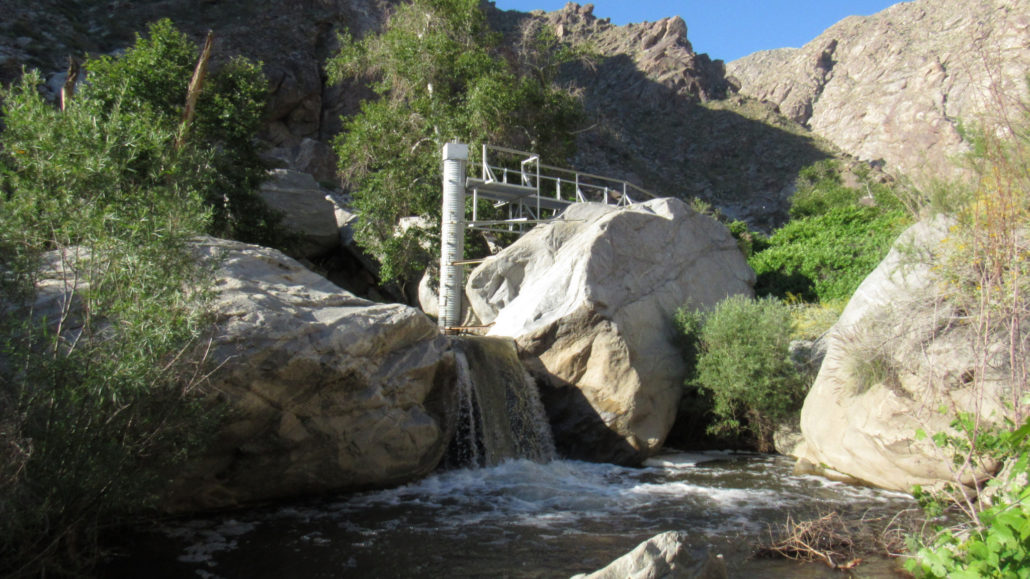 At 0.6 mile, you will notice the creek spilling over a cleft between two large boulders with a metal catwalk reaching a concrete pillar. This is a gauging site built by the United States Geological Survey in 1947 to monitor the flow of the creek. The USGS continues to monitor the site to this day. 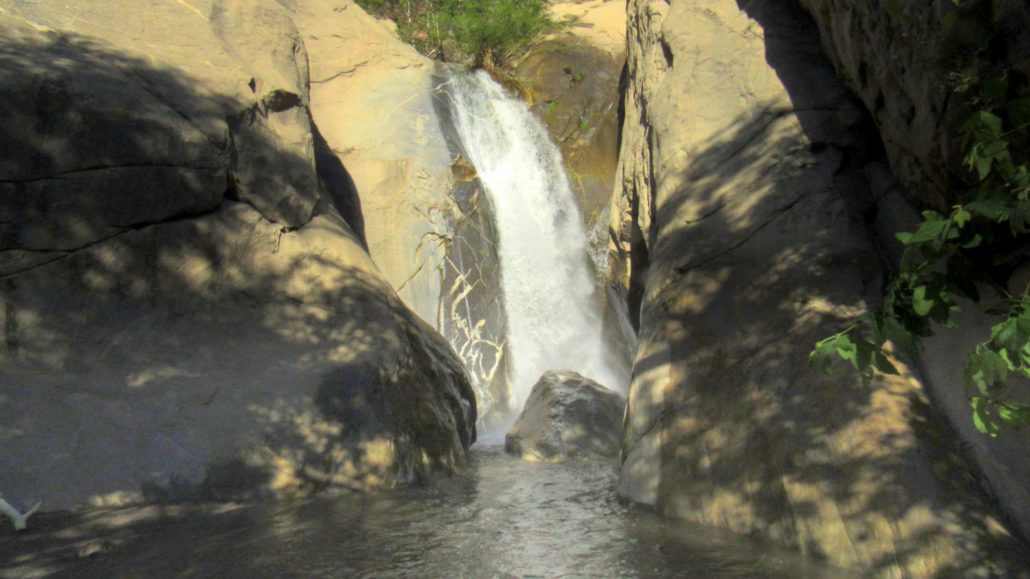 Beyond the gauging station, the incline steepens moderately as the trail approaches the grotto containing the waterfall. After passing through a dense thicket of sycamores while being serenaded by the rumbling (or whispering) of the creek, you reach the edge of a large pool bounded by steep cliffs. On the far side of the pool, Tahquitz Creek spills 60 feet onto a large boulder. Regardless of how big, a waterfall in the desert is always a special thing, but this particular waterfall’s size, grandeur, and setting set it apart from most of the rest. 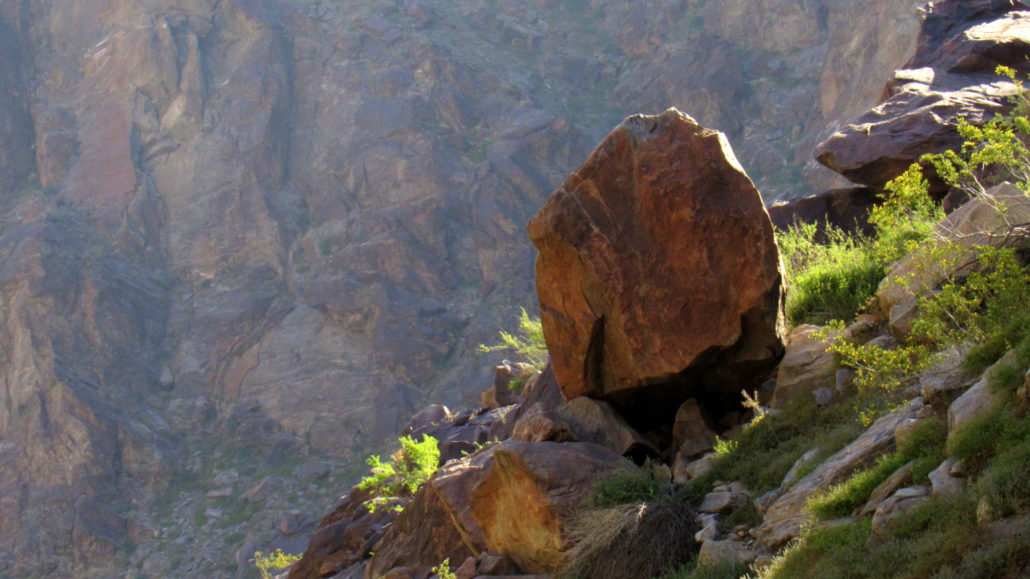 After crossing over the small pool’s outlet over a bridge of stones, you reach the other half of the second loop trail to commence the return journey. Morning hikers will get to enjoy the next part of the hike in the shade. Along the way, springtime displays of phacelia, indigo bush, desert chicory, and brittlebush brighten up the usually stark environs. The cliffs high above convey and imposing presence with numerous large boulders perched high atop the rugged slopes. 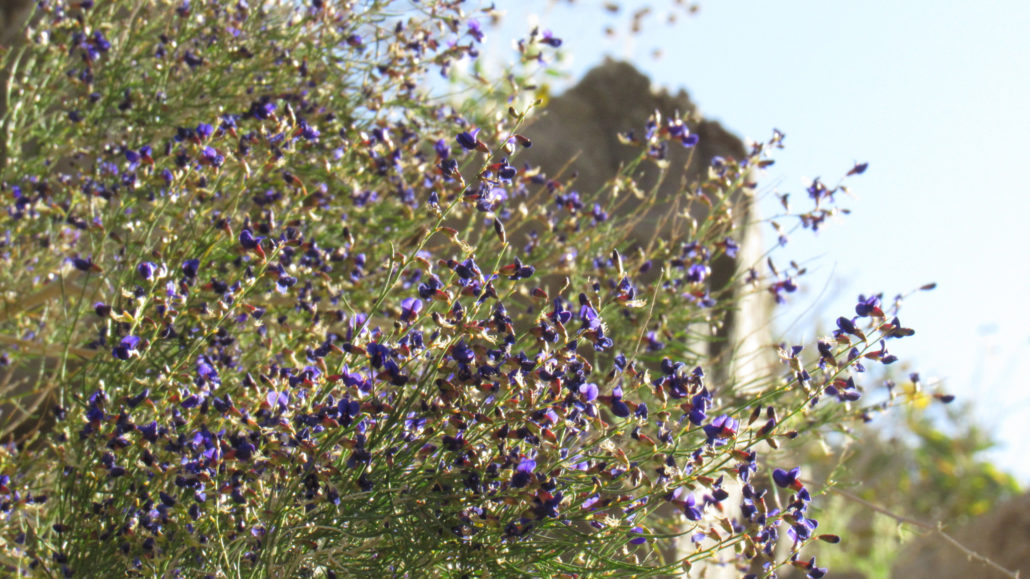 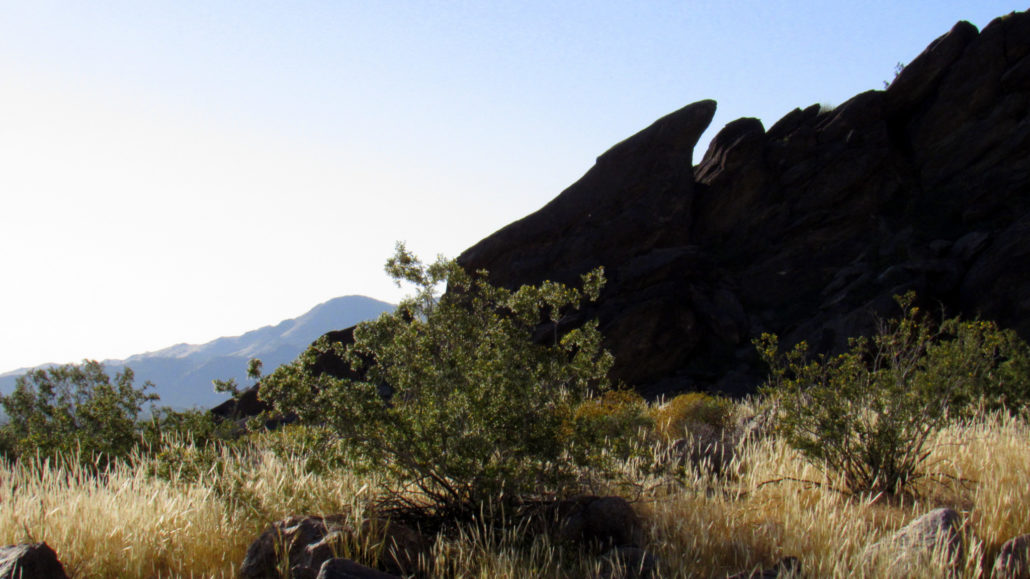 At 1.7 miles, the trail rejoins a narrow path that leads back the the visitor center and the conclusion of your hike. Be sure to take some time to explore the visitor center displays to supplement your education in Cahuilla culture. You can view Cahuilla artifacts as well as a short film tilted “The Legend of Tahquitz Canyon” that digs deeper into the history of the canyon and the people who have inhabited it for centuries. 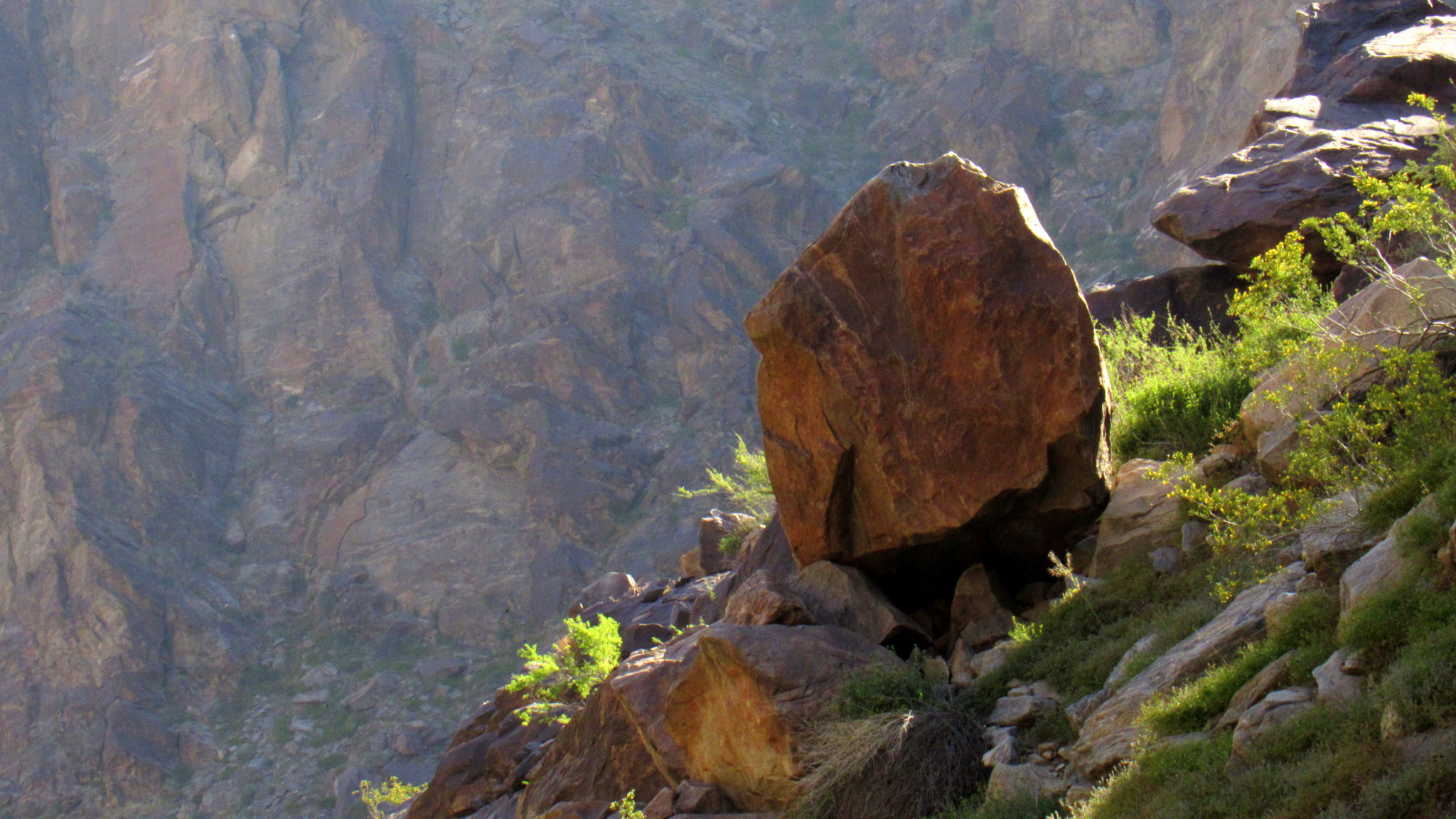 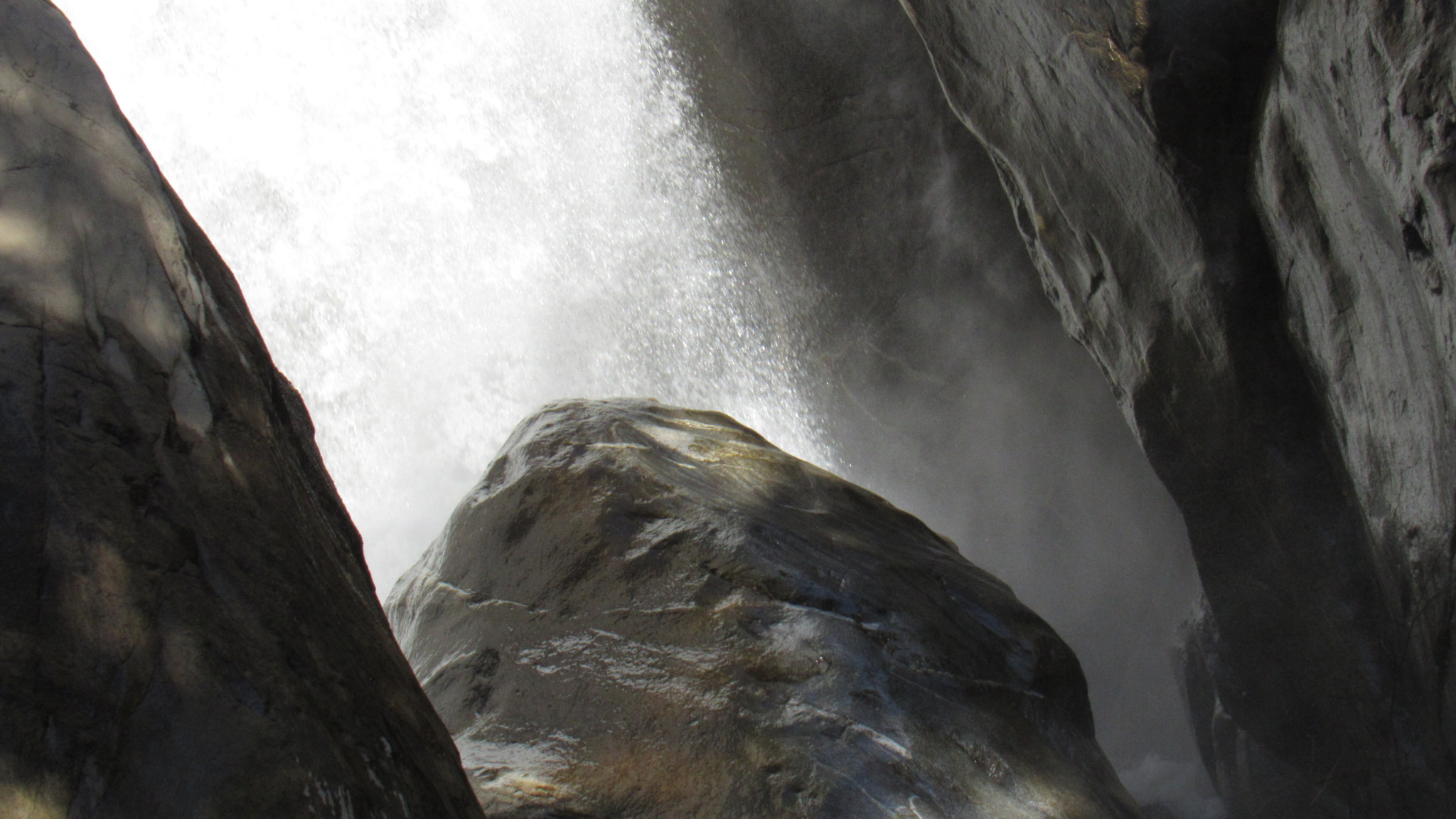 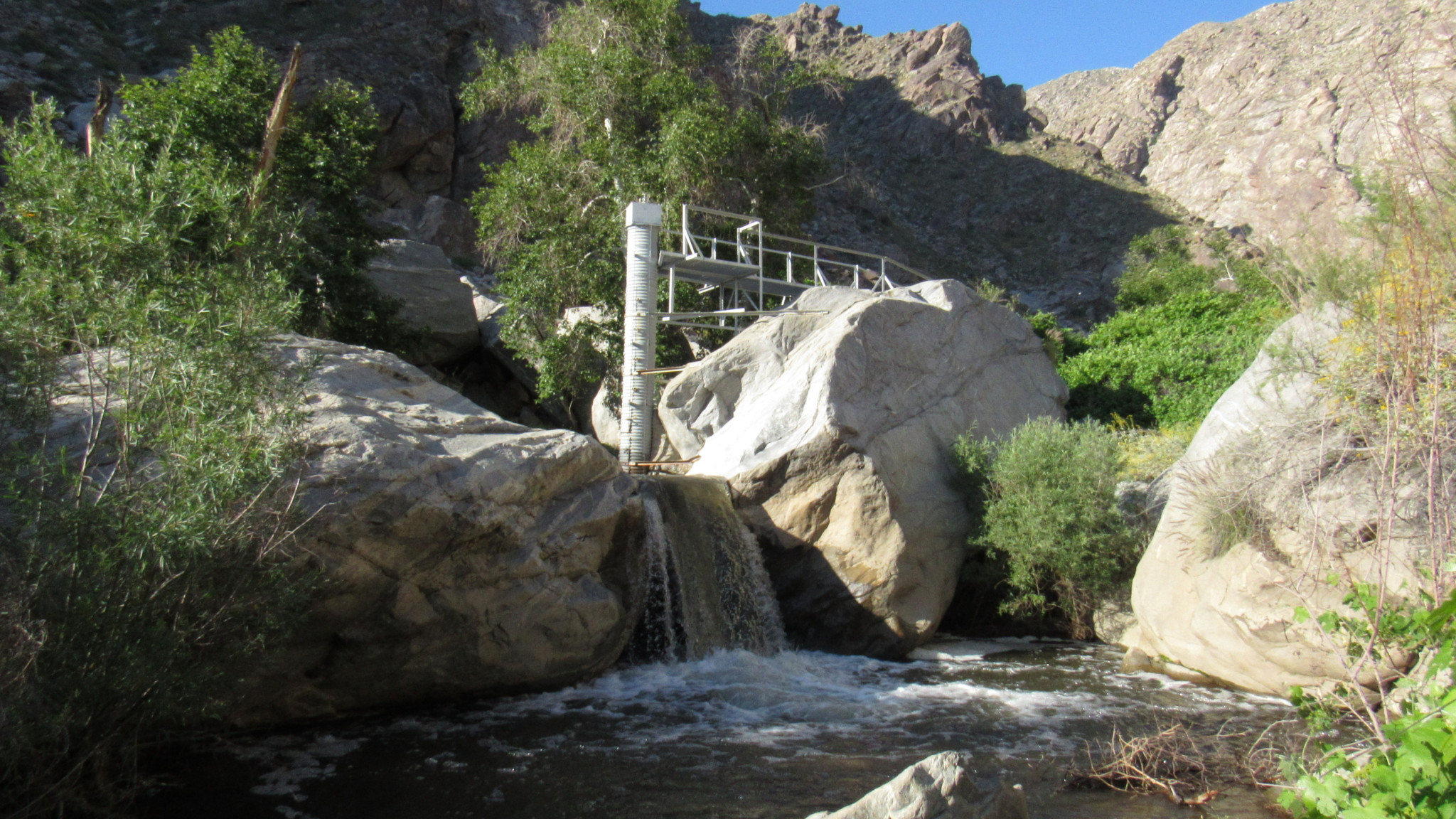 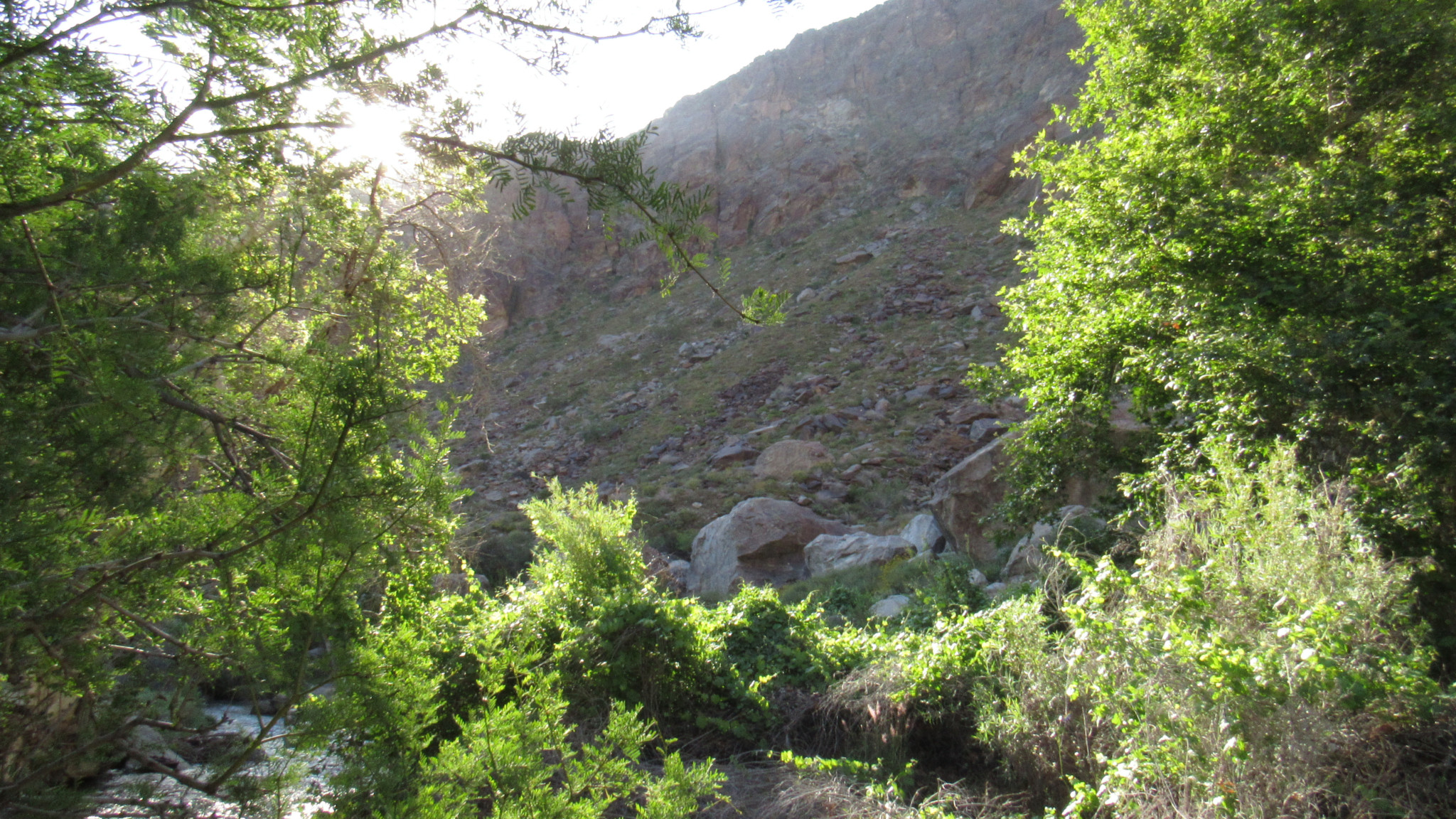 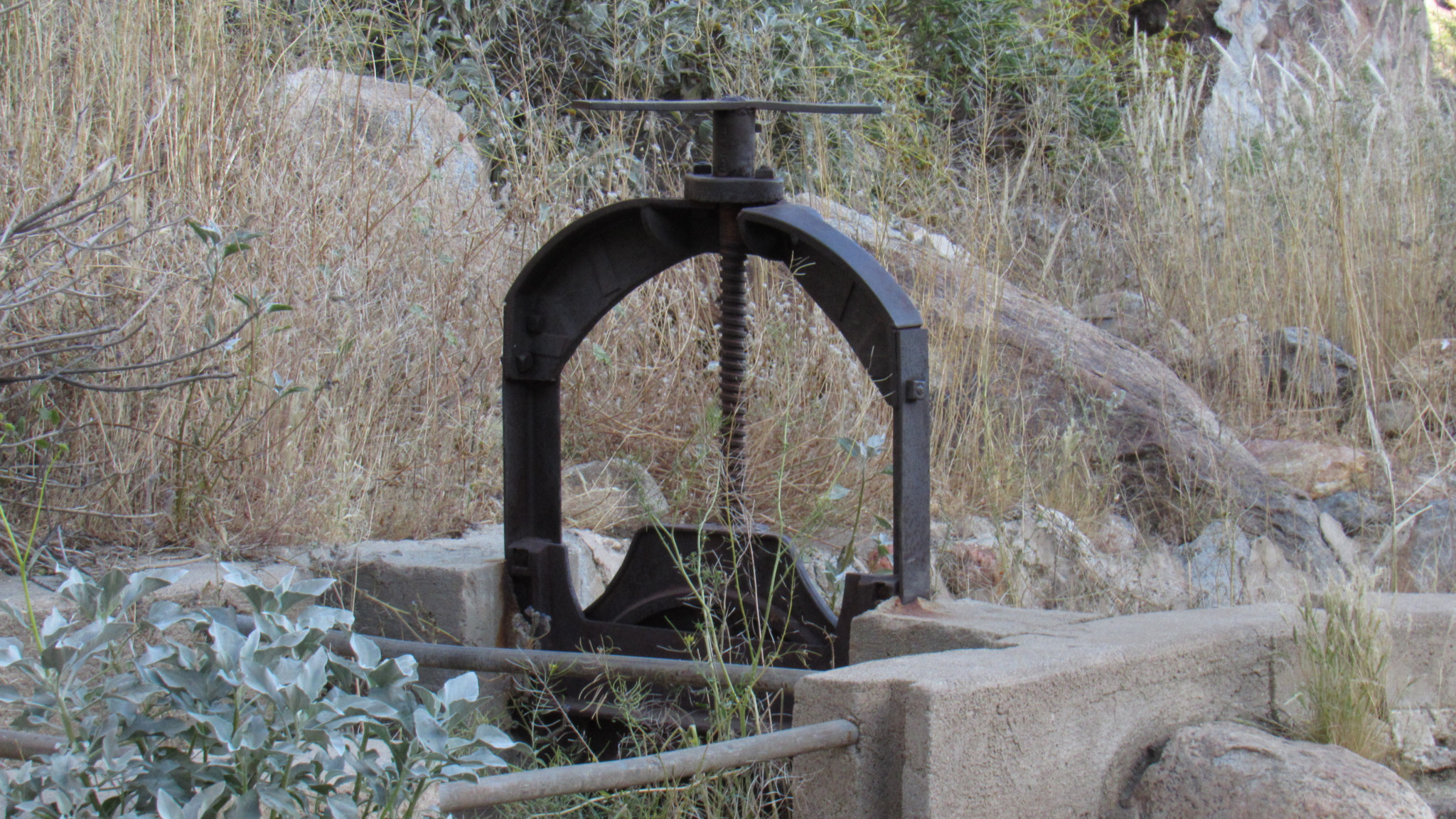 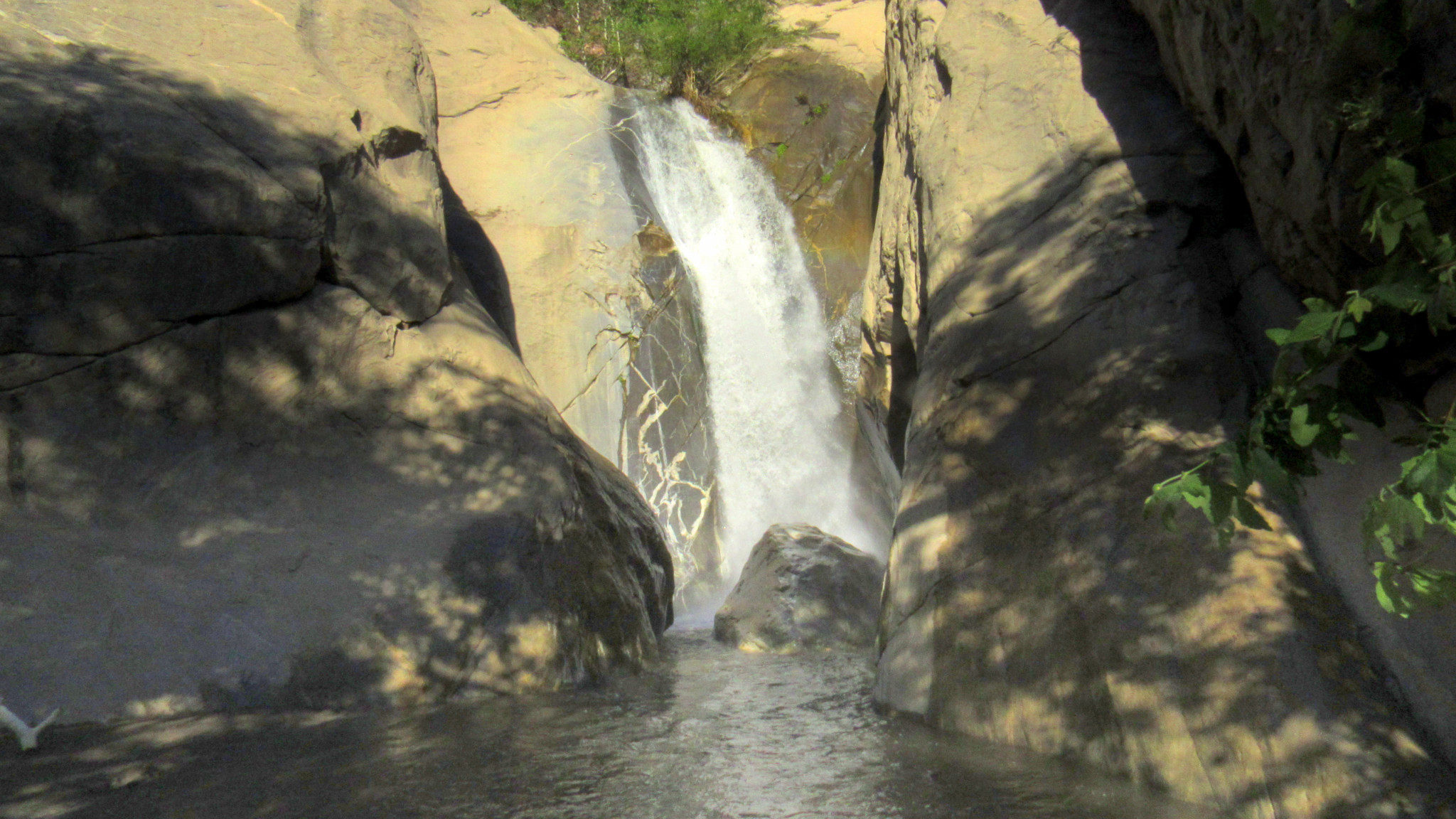 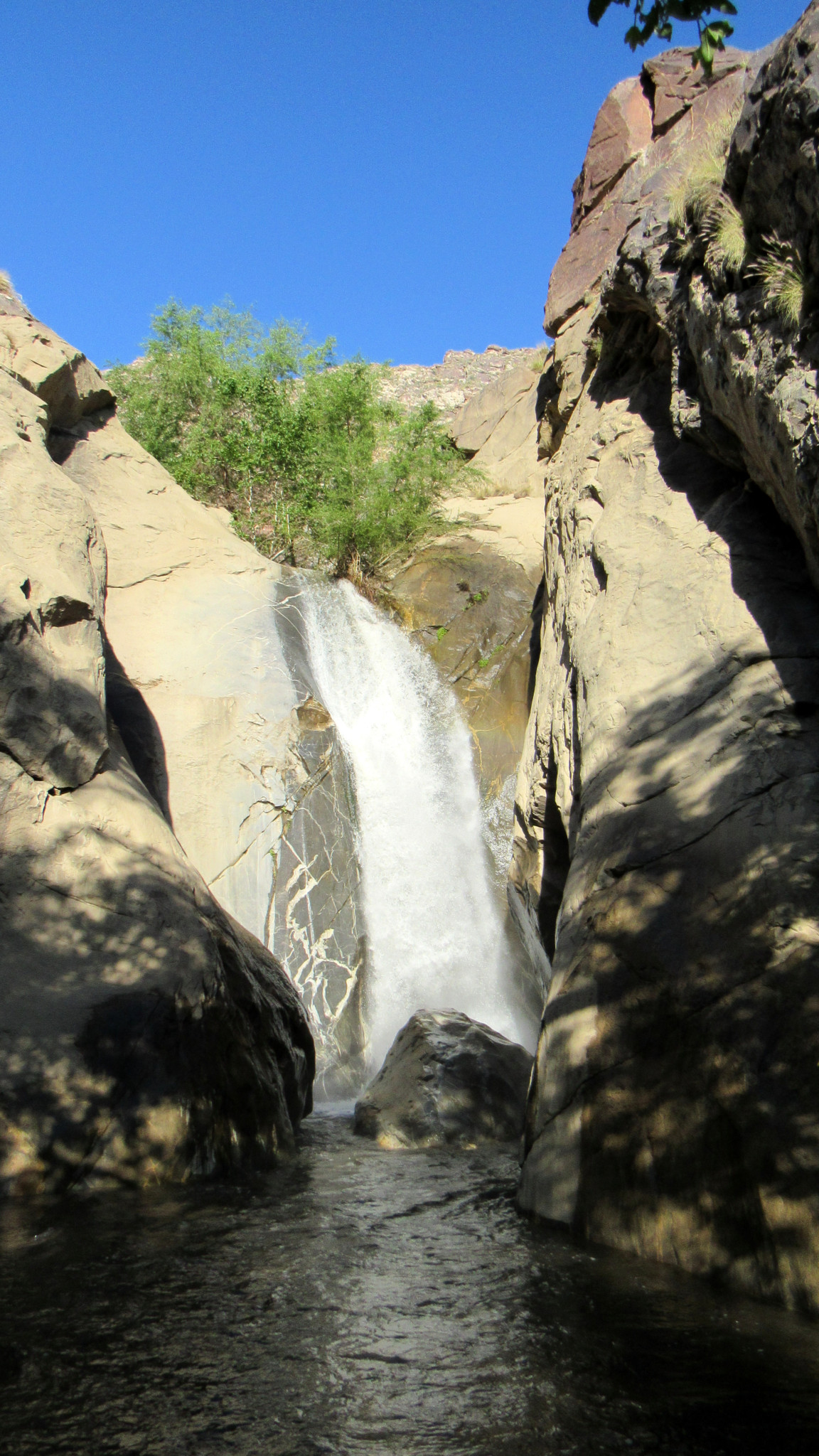 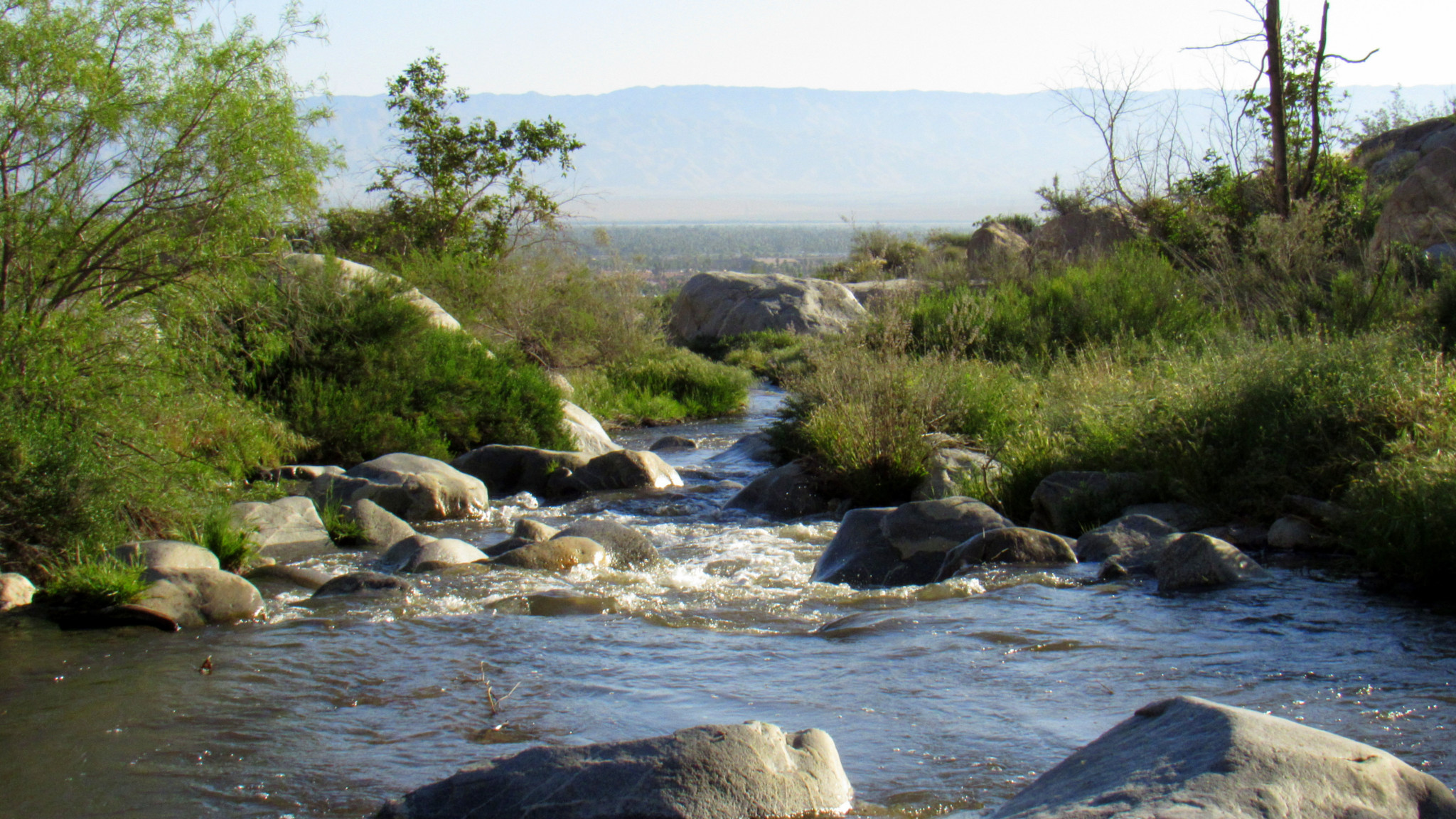 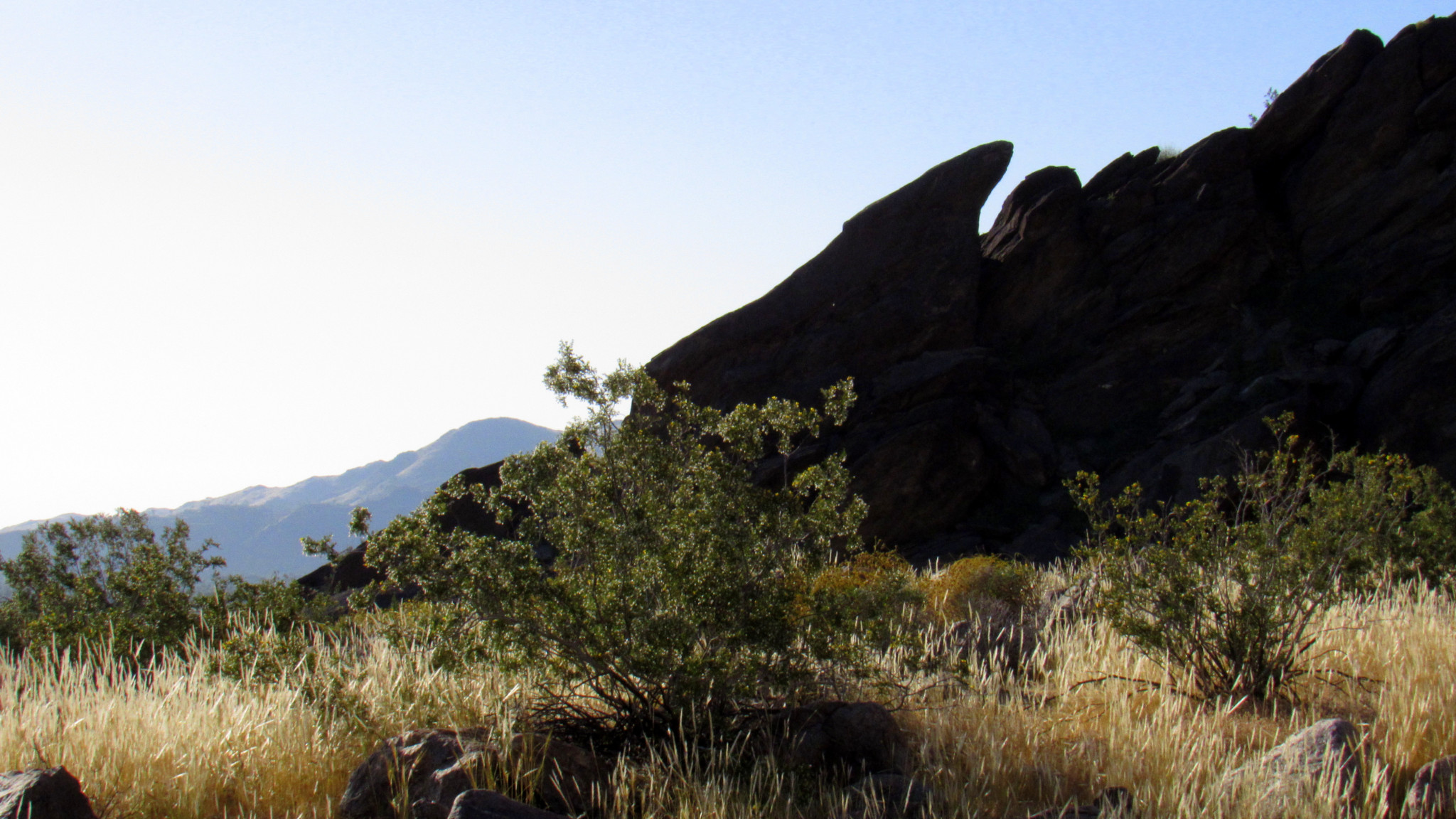 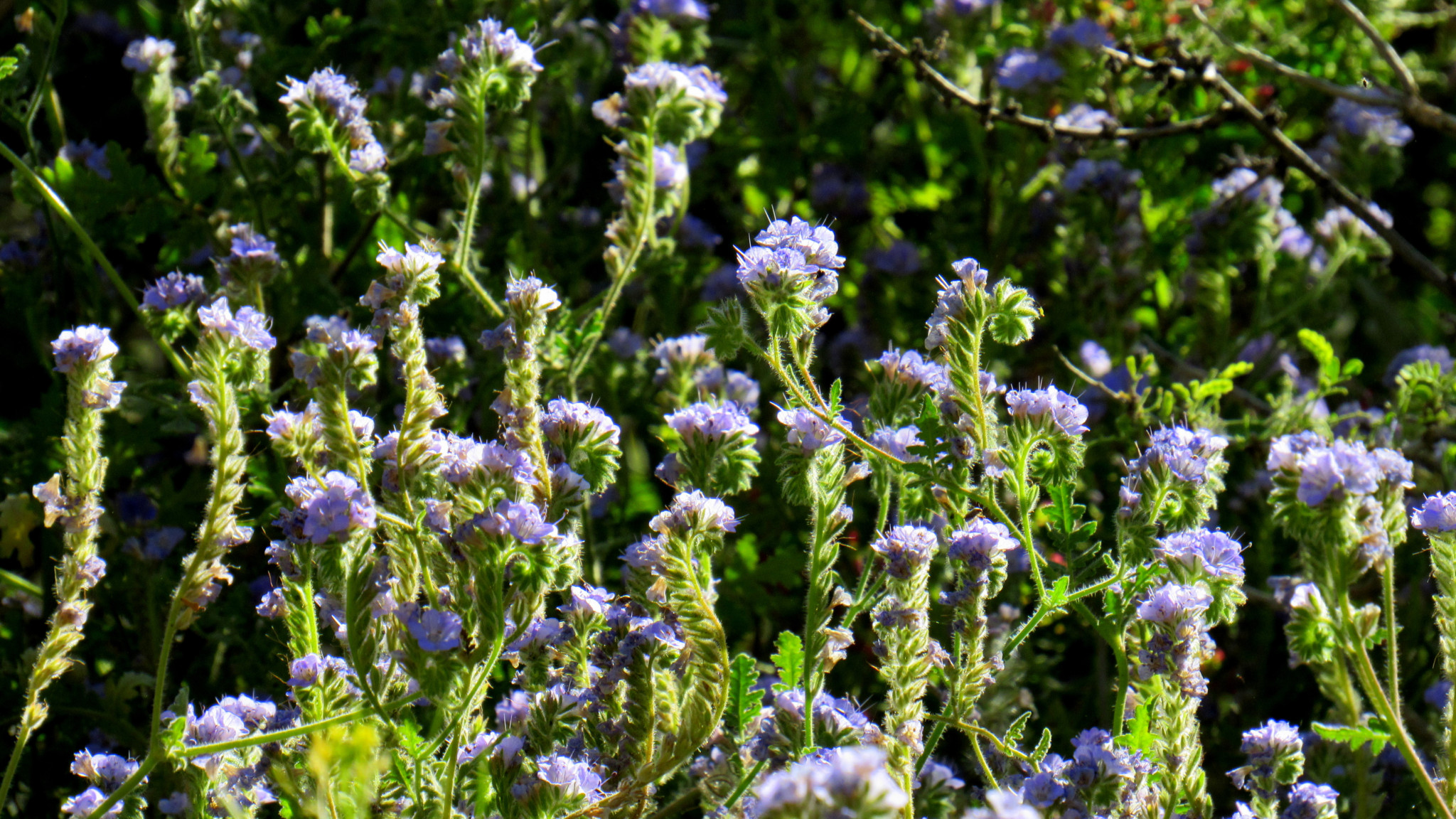 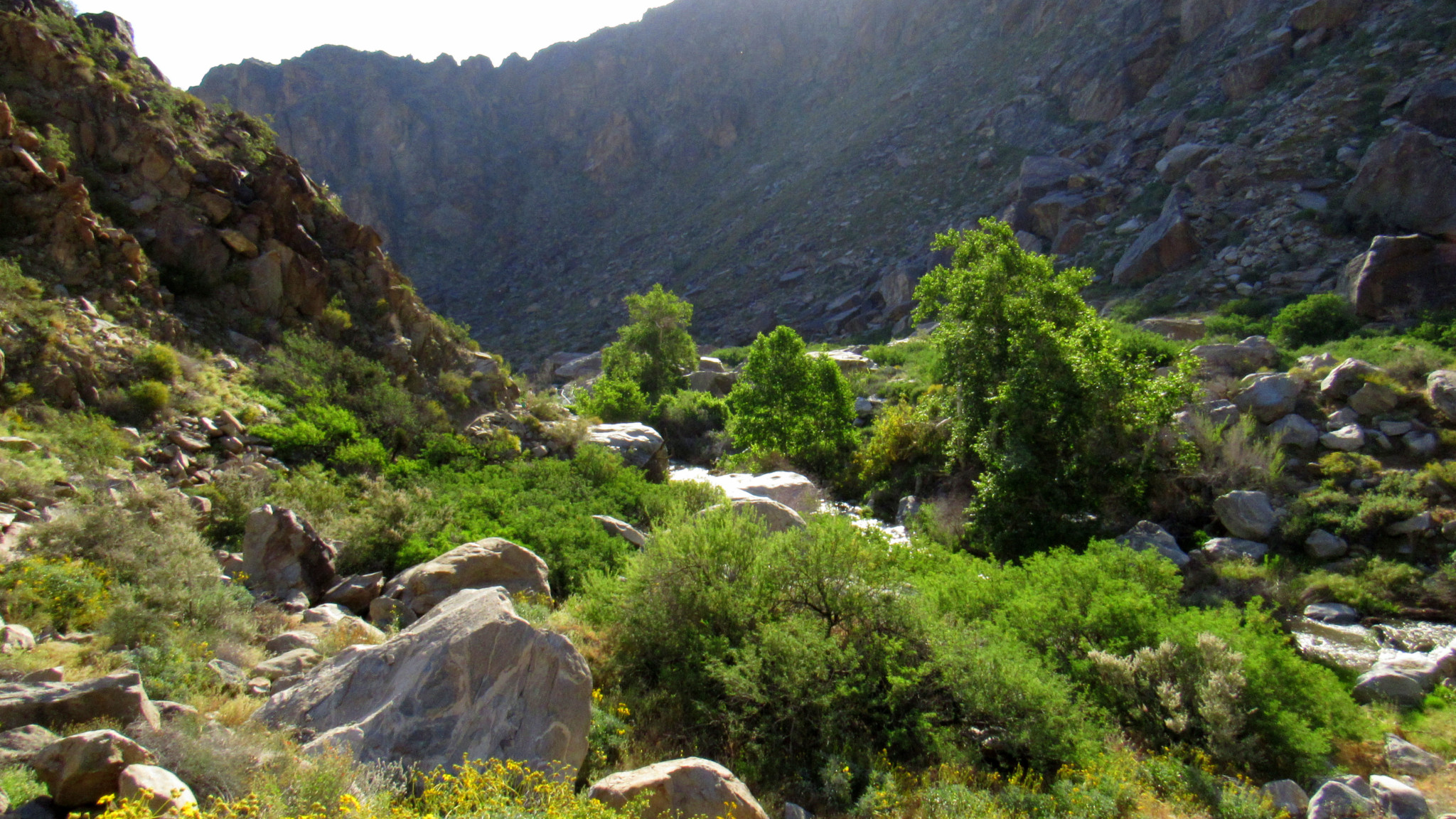 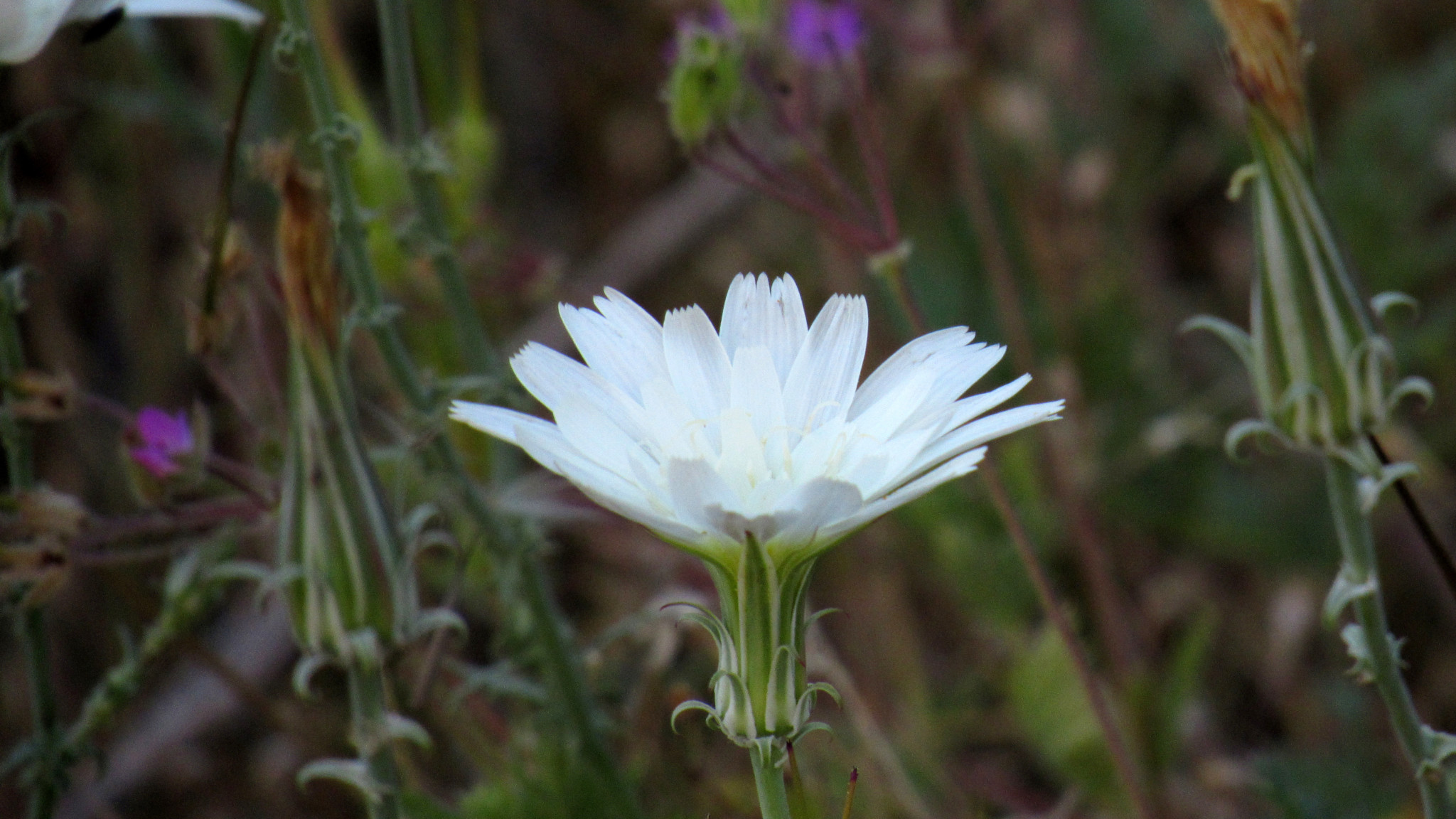 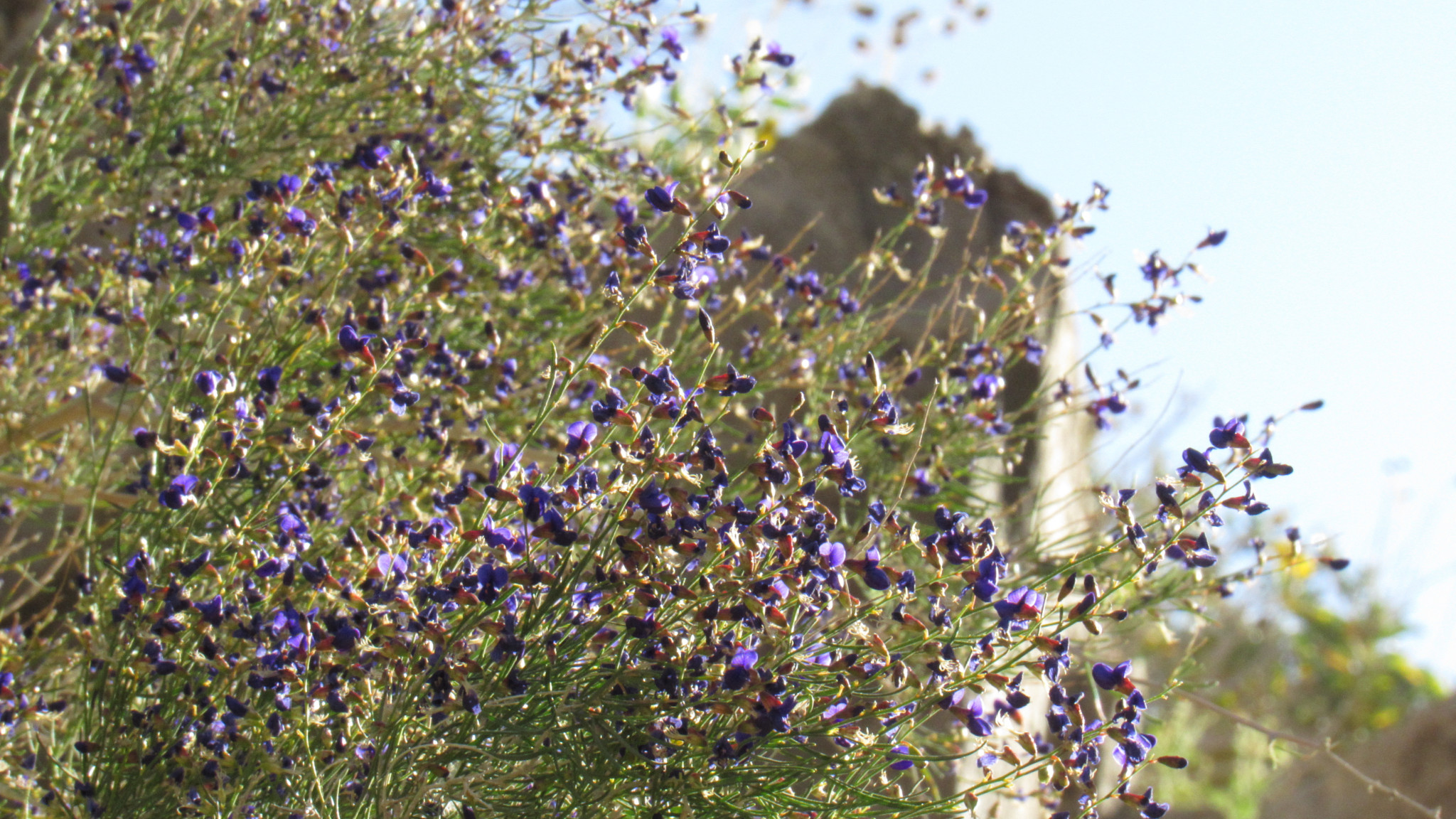 Although the trail is rocky in some spots, it is easy to follow and friendly enough for families.