From the rolling flats atop Spooners Mesa in the County of San Diego’s Tijuana River Valley Regional Park, hikers can enjoy a binational panorama that reveals a number of fascinating details about the International Border Region. From this spot, excellent views across the Tijuana River Valley, urban San Diego, and San Diego Harbor contrast against the chaotic bustle of la Ciudad de Tijuana just across the border.

As this hike occurs on land that abuts the International Border, there are certain cautions that apply. The Border Patrol and the Department of Homeland Security (DOHS) maintain a very visible and active presence here as they seek to mitigate and eliminate the persistent tide of immigrant incursions. Some of the land that the trail passes is about as off-limits as it gets, as the DOHS controls a thin strip of land that buffers two formidable border fences. You are almost certain to encounter Border Patrol agents playing their part in a perpetual cat-and-mouse game with migrants. You will just as certainly encounter the evidence of migrant passage most commonly in the form of “booties” made out of carpet insulation and wire. Migrants wrap these booties around their shoes to disguise their foot prints.

As daunting as that all sounds, you should not let these factors dissuade you from enjoying this hike. Not only are the views outstanding; you’ll also enjoy a fine display of coastal vegetation, including coastal sage-scrub, grasslands, wildflowers, and the unusual presence of a few botanical friends more commonly found in the low desert.

From the staging area, backtrack on Monument Road for .25 mile to the crushed gravel access road that climbs up to the top of Spooners Mesa. As you climb, be sure to scan the vegetation, especially in the shade, for specimens of mammalaria, A.K.A. fishhook cactus. This unobtrusive but beautiful succulent generally occurs in the low desert, but it finds a conducive enough environment here on the coast. Its neighbors include coastal varieties of cholla and barrel cactus, along with other sage-scrub species like California sagebrush, black sage, and chamise. The presence of so many succulents should not be too surprising. After all, coastal San Diego gets only a bit more rain than most parts of Anza-Borrego Desert. The climates are similar enough that certain cacti can thrive in both spots.

The climb ends at 0.7 mile when you reach a Y-junction. Be sure to stop for a bit to admire the view. The dense, almost jungle-like explosion of vegetation across the Tijuana River Valley contrasts dramatically to the urban jungle just across the border in Tijuana. See if you can spot some of the numerous San Diego landmarks, including the downtown skyline, the Coronado Bridge, Point Loma, and Coronado Island.

At the junction, you have the option of going left or right. For simplicity’s sake, turn right at the junction and begin a rolling traverse of the mesa’s perimeter. As you travel west and then south, a few Mexico landmarks including the Tijuana bullfighting ring and the Coronado Islands come into view. You’ll also glimpse a few abandoned buildings along with several dilapidated tamarisk windbreaks. The structures and the windbreaks are the remnants of the old Spooner Ranch that once stood atop the mesa. The Spooners operated a dairy ranch on this site many years ago before the land passed into the county’s hands.

Before even the Spooners, this area was a hotbed of Native American activity. Nearby coastal fishing villages and the reliable water supply of the Tijuana River provided ample sustenance for coastal peoples, and this area served as the extreme western terminus of a trade route that depended in part on seafood and other goods from the coastal area.

As you reach the southern half of the mesa, you’ll find yourself in close proximity with the intimidating International Border fence and the narrow sliver of land between buffering two very different landscapes. Keep well away from the border as you progress so as not to interfere with the work of the Border Patrol. You’ll pass a few junctions with trails that cut across the mesa, but ignore those paths so as to complete the circuit along the mesa.

Along the east side of the mesa, you’ll enjoy views into the interior of the southern third of the county. The two principal landmarks on display are Otay Mountain on the extreme south of the county and the forbidden, antenna-crowned summit of Mt. San Miguel.

At 2.6 miles, the path returns to the Y-Junction. From here, follow the road back down to the river valley and return to your car via Monument Road. 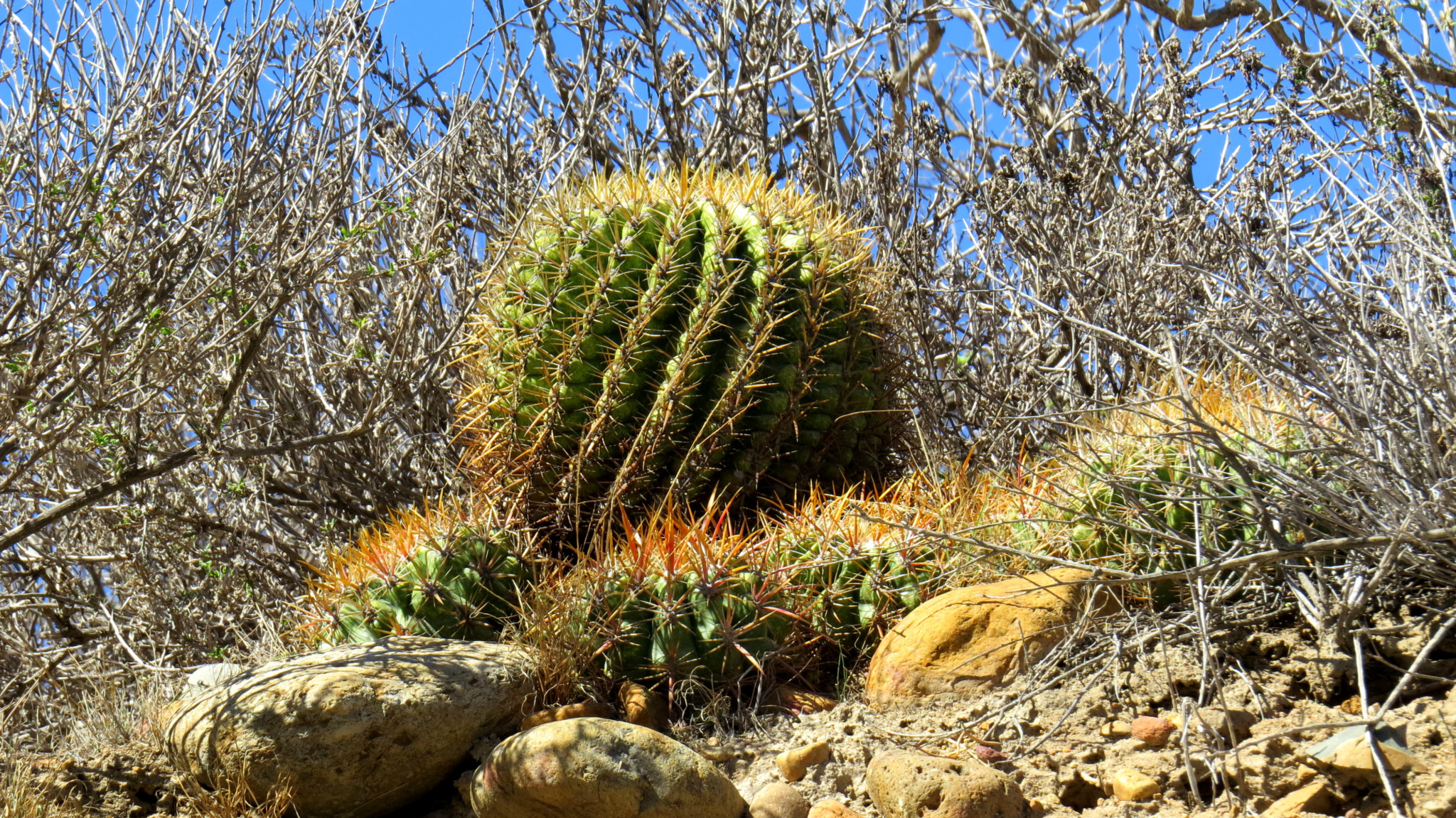 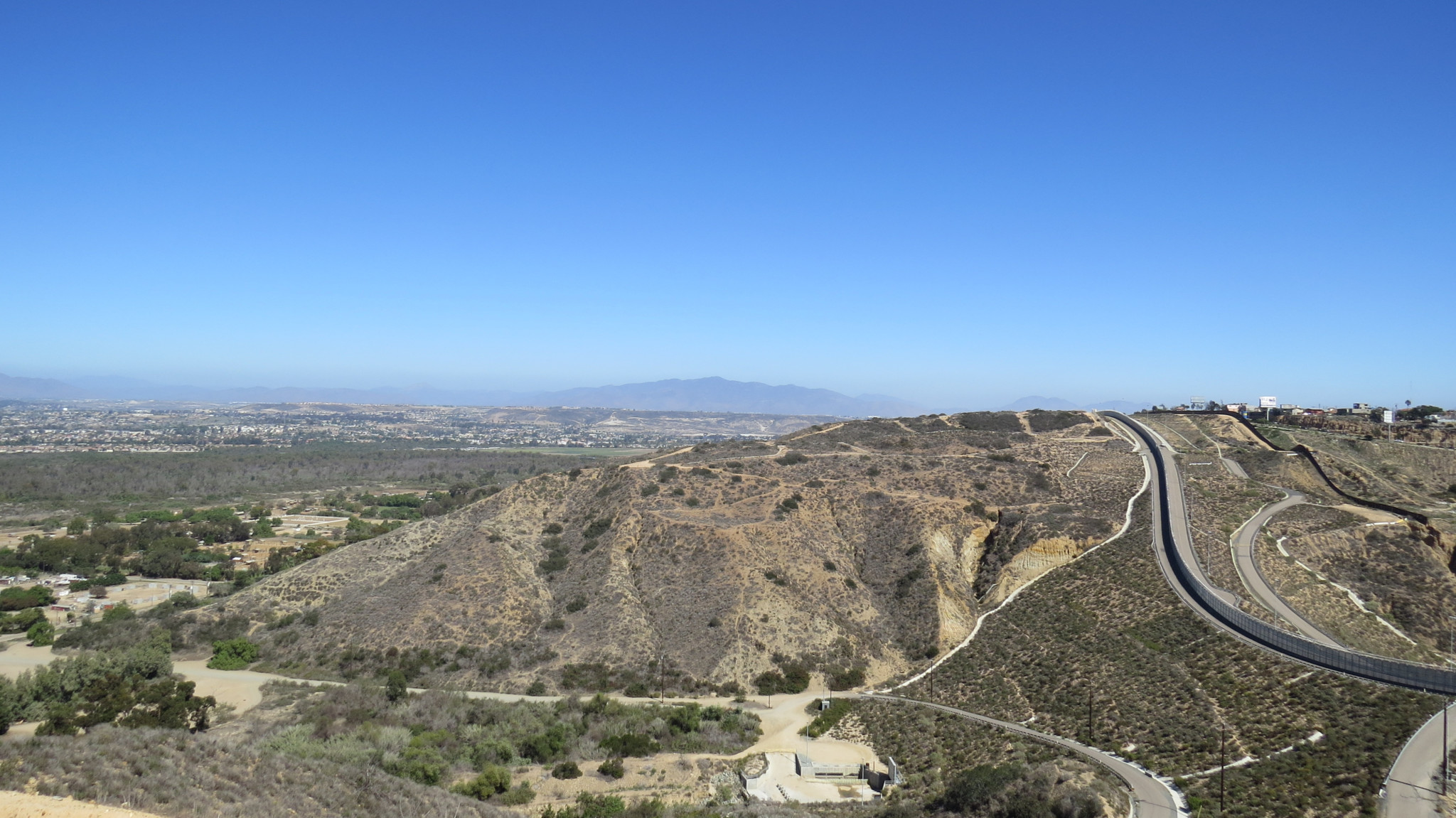 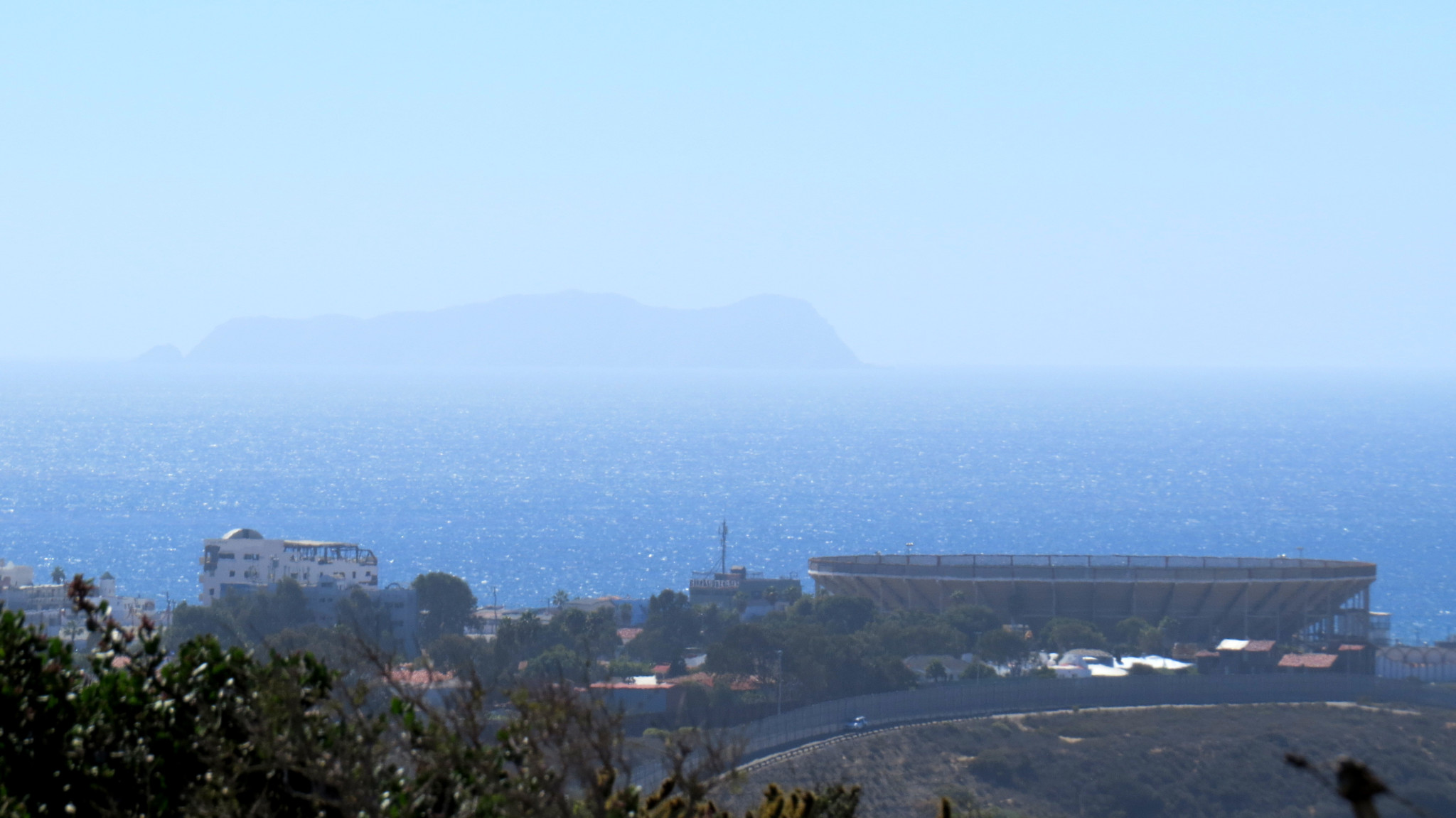 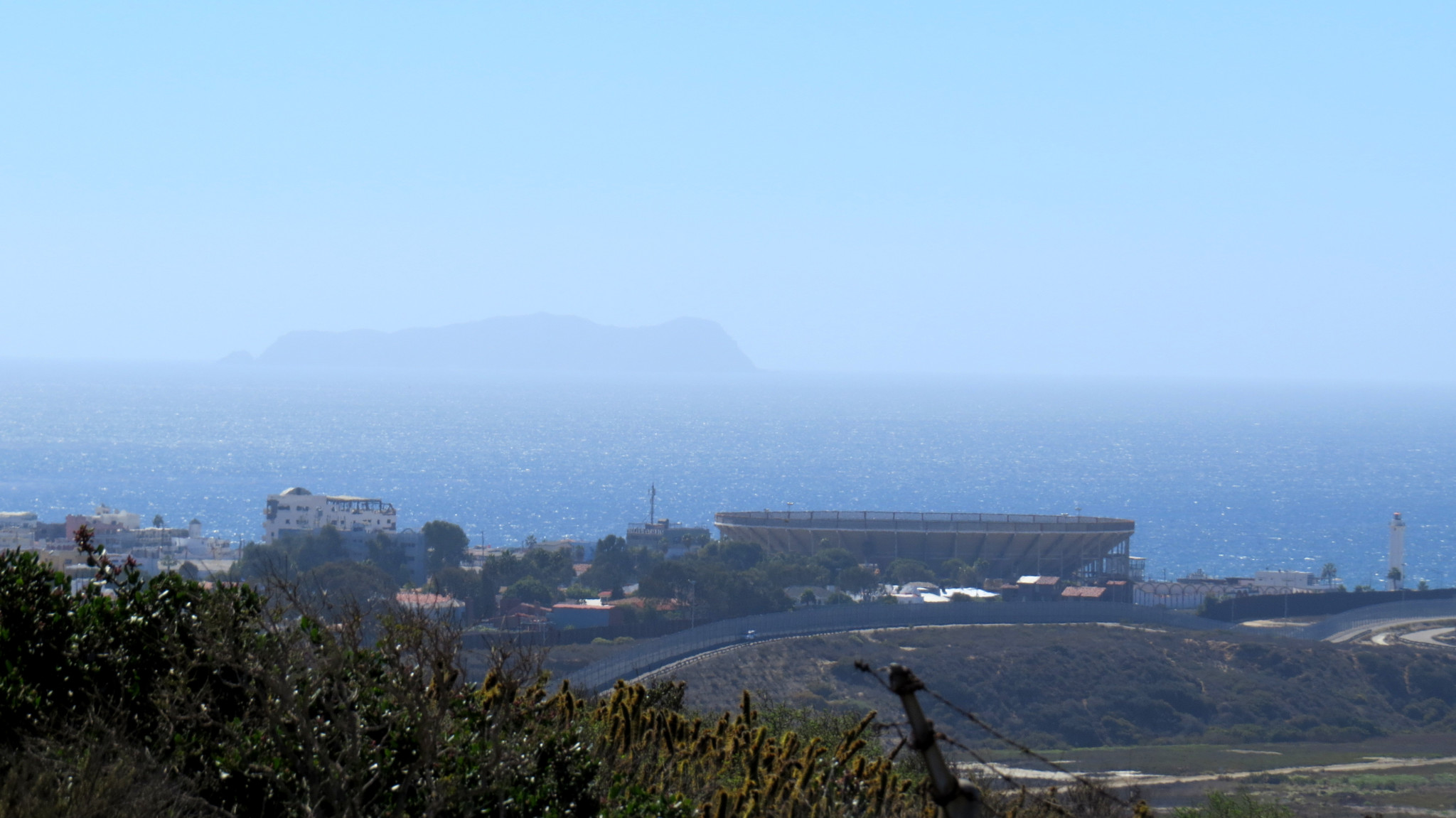 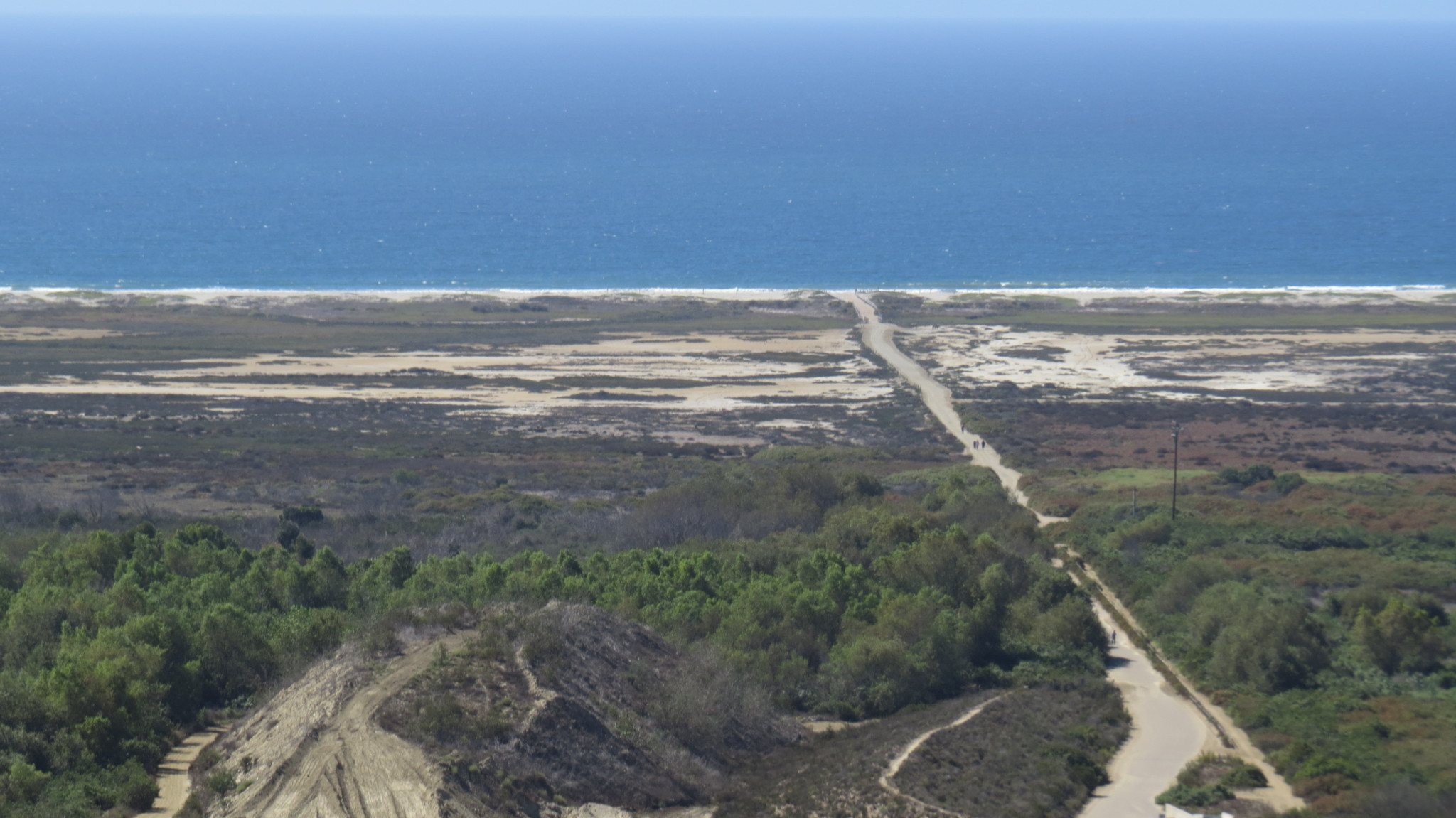 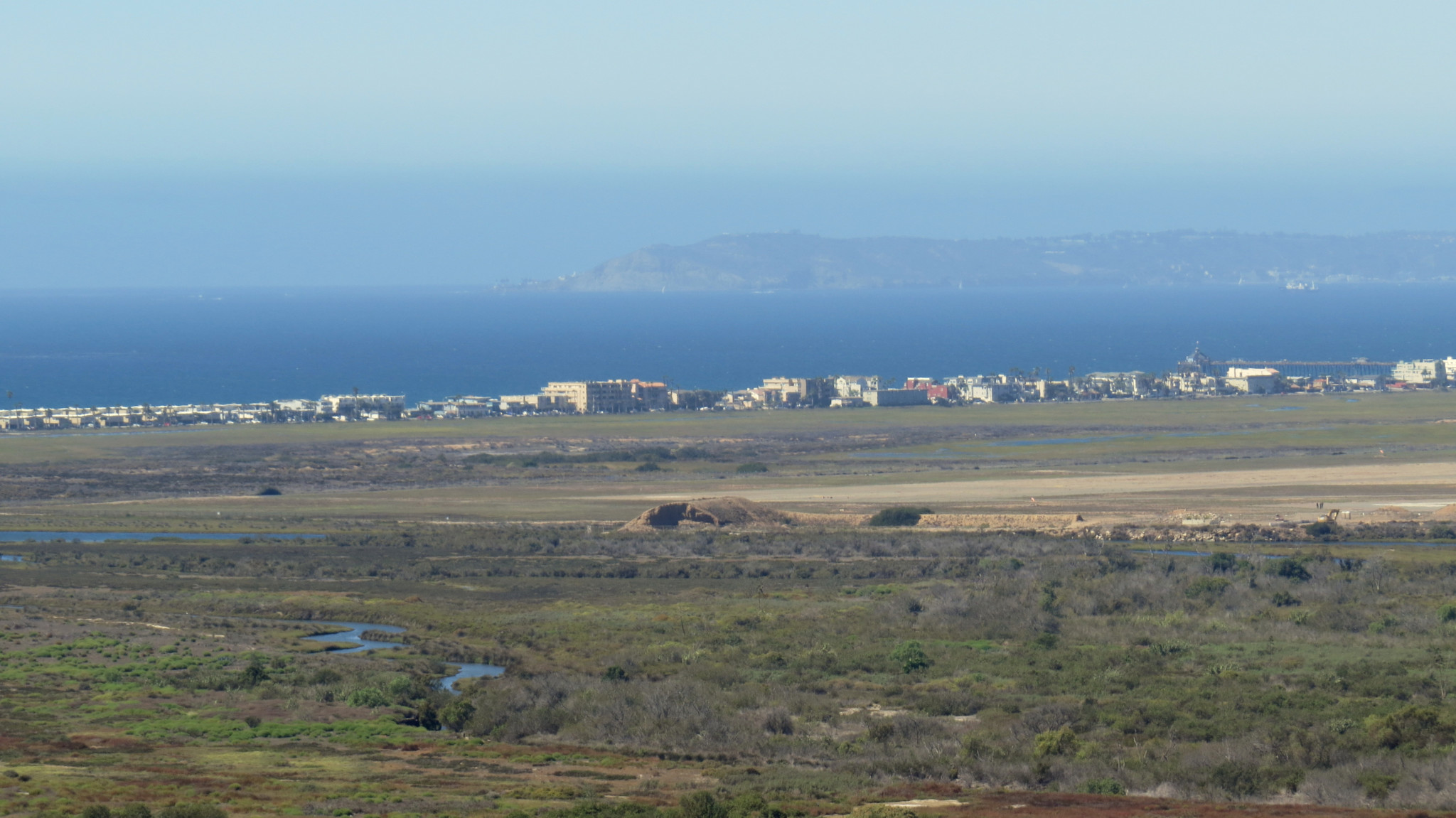 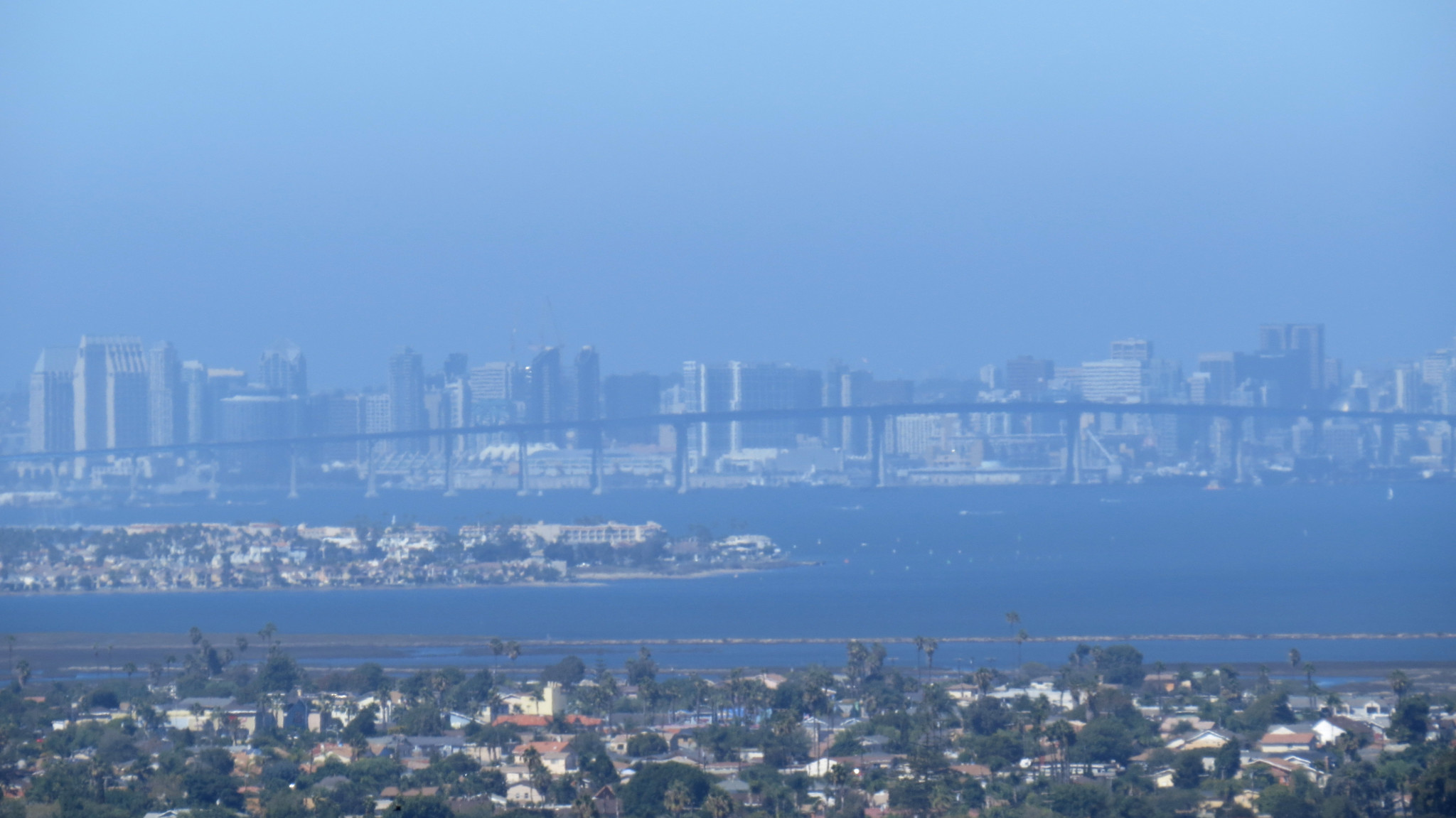 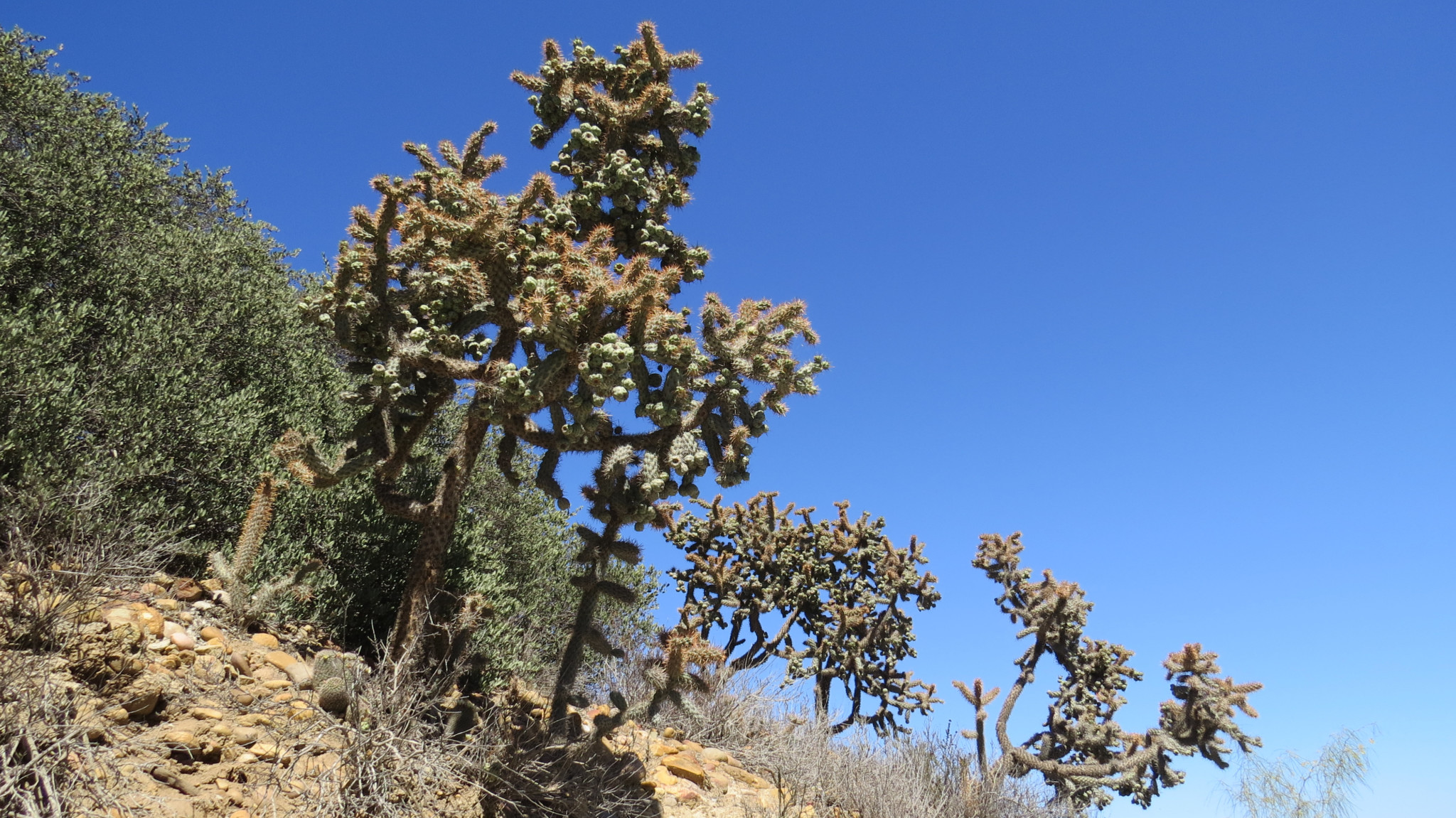 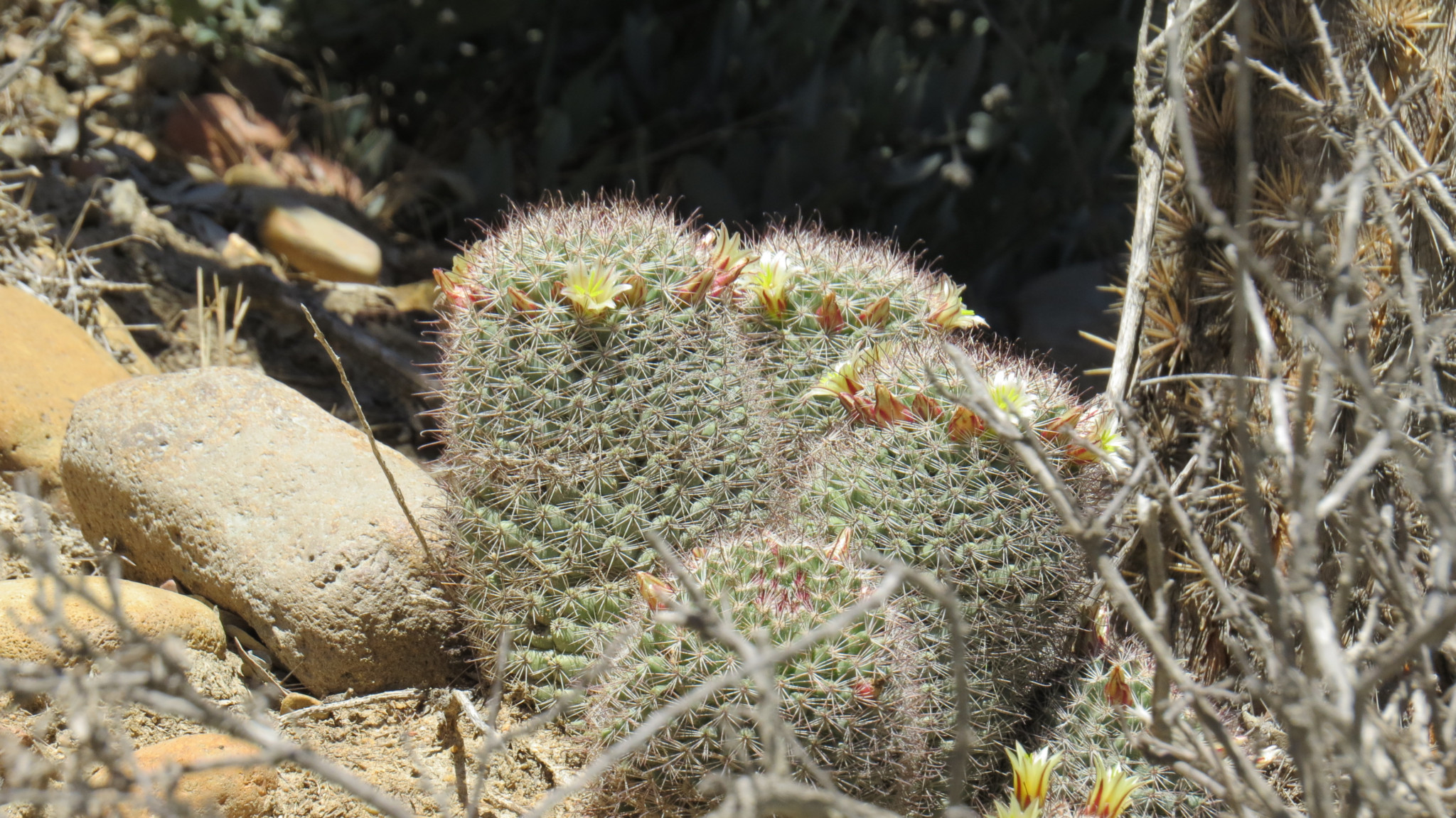 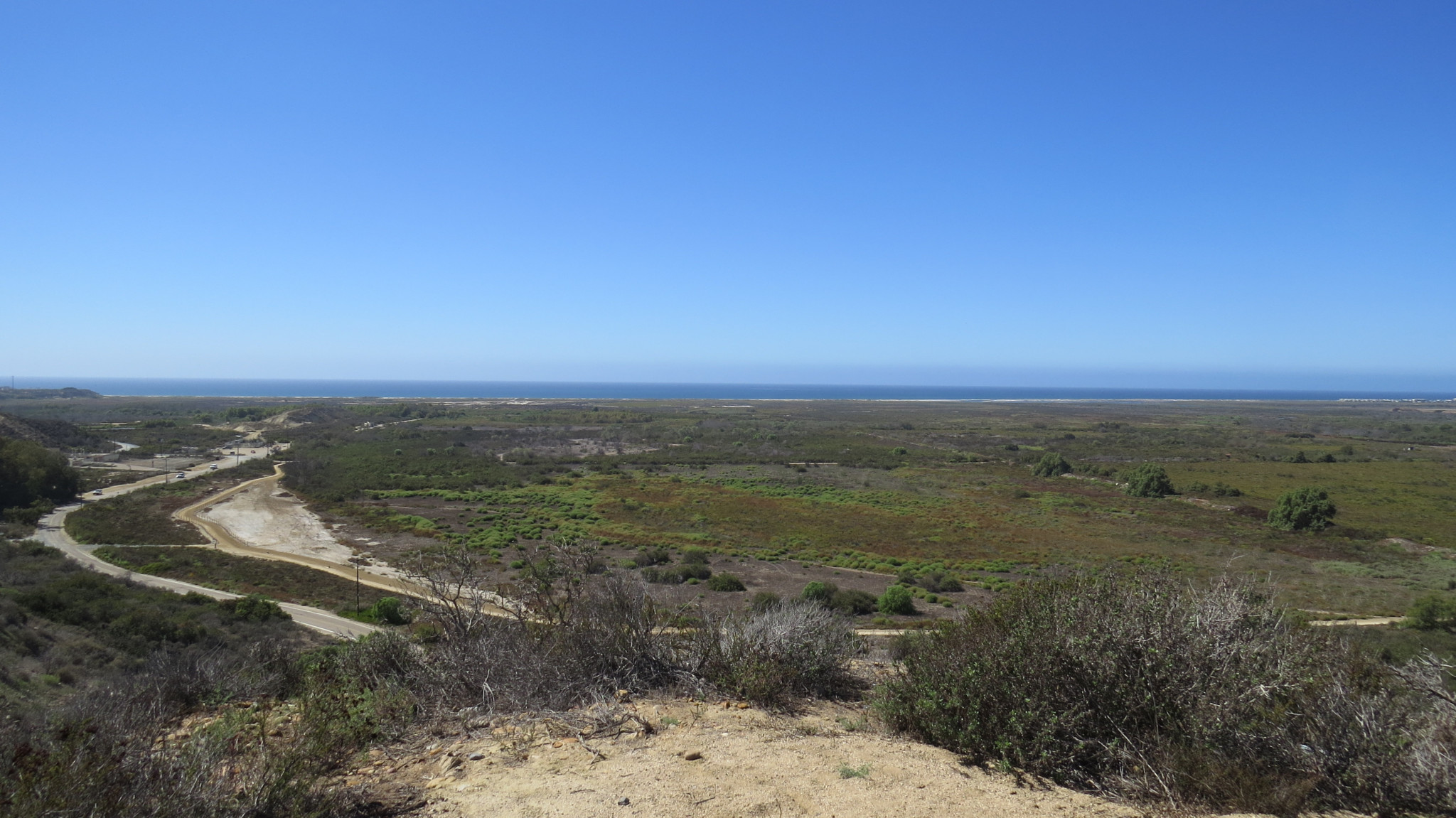 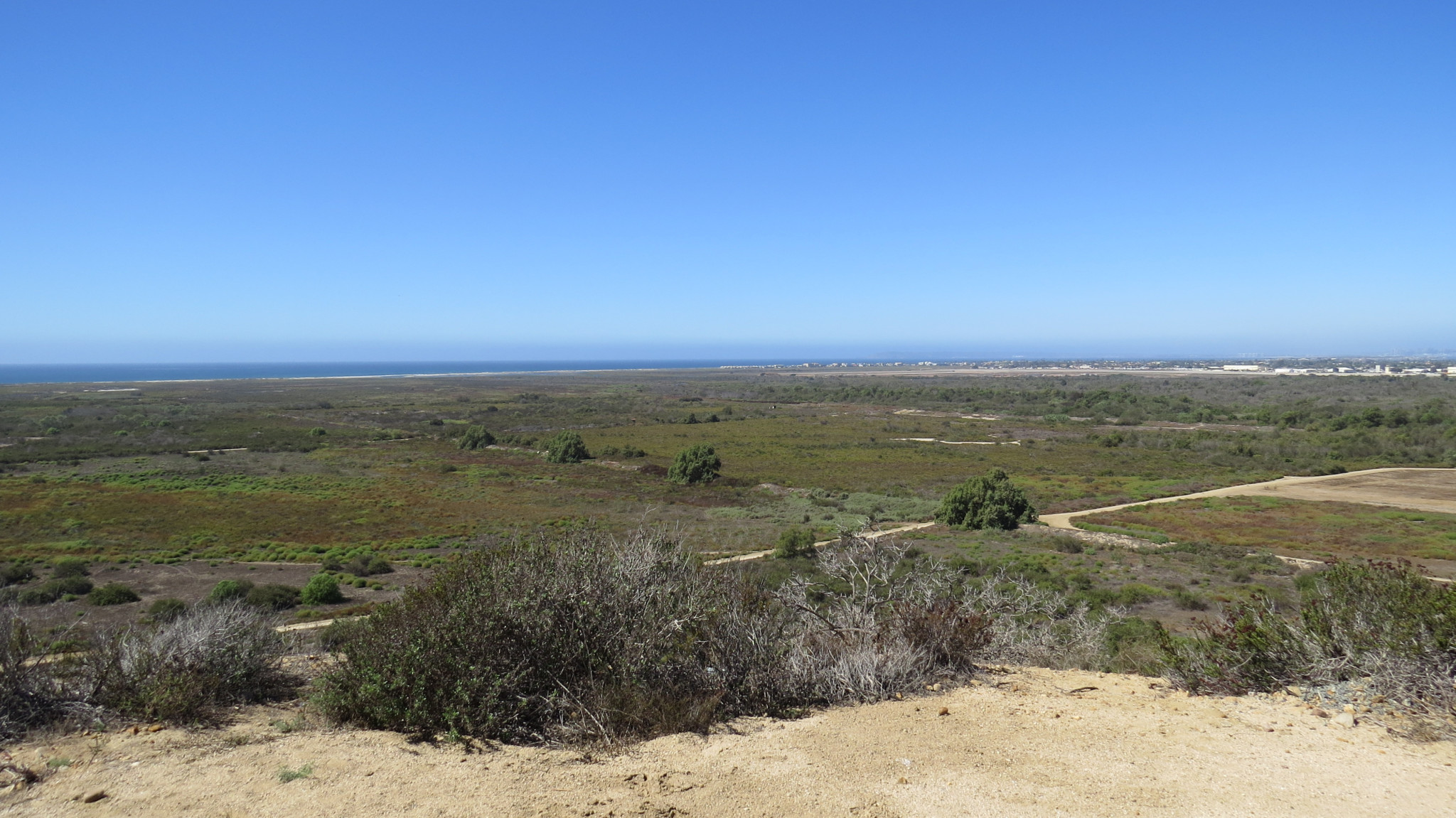 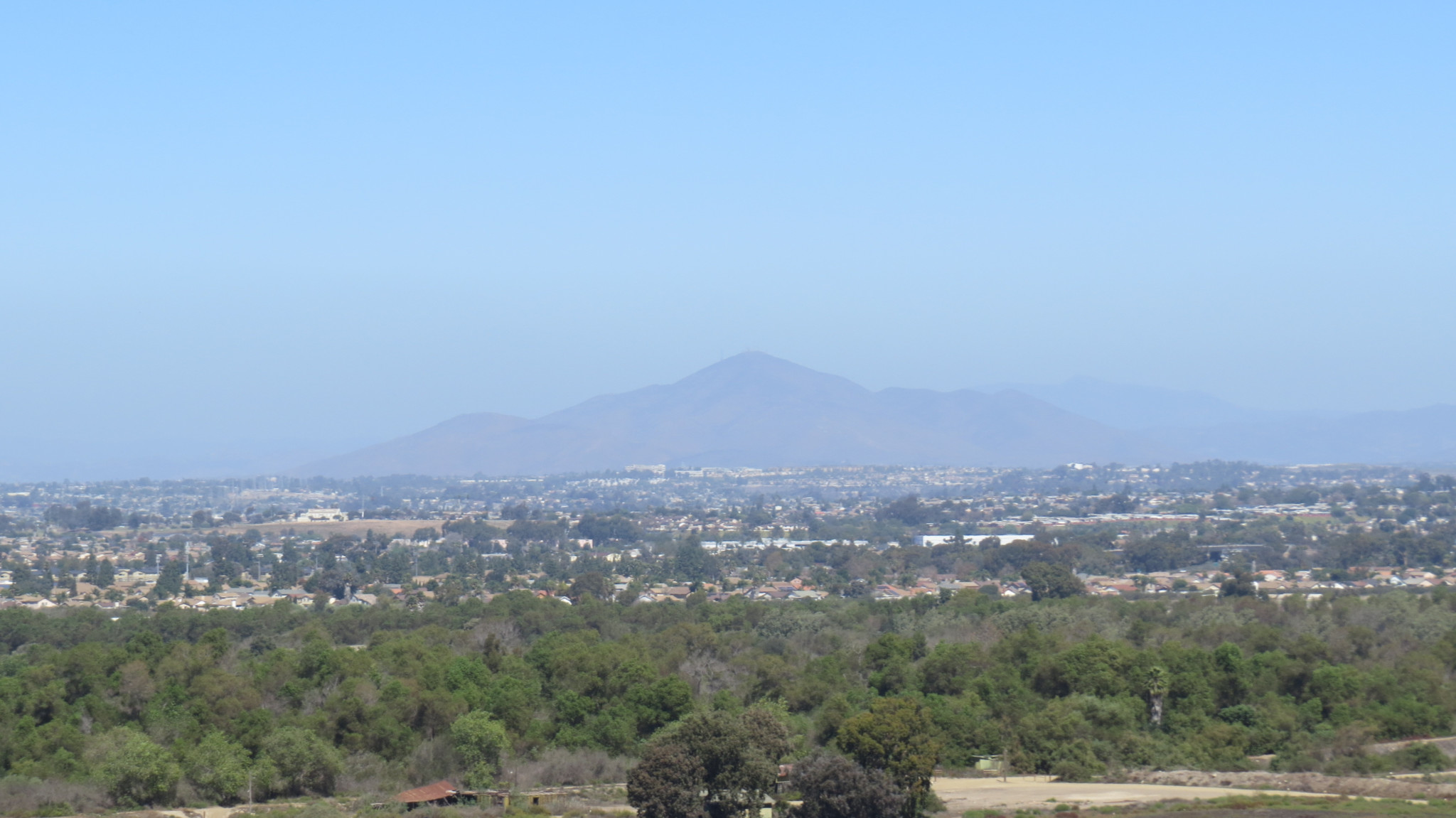 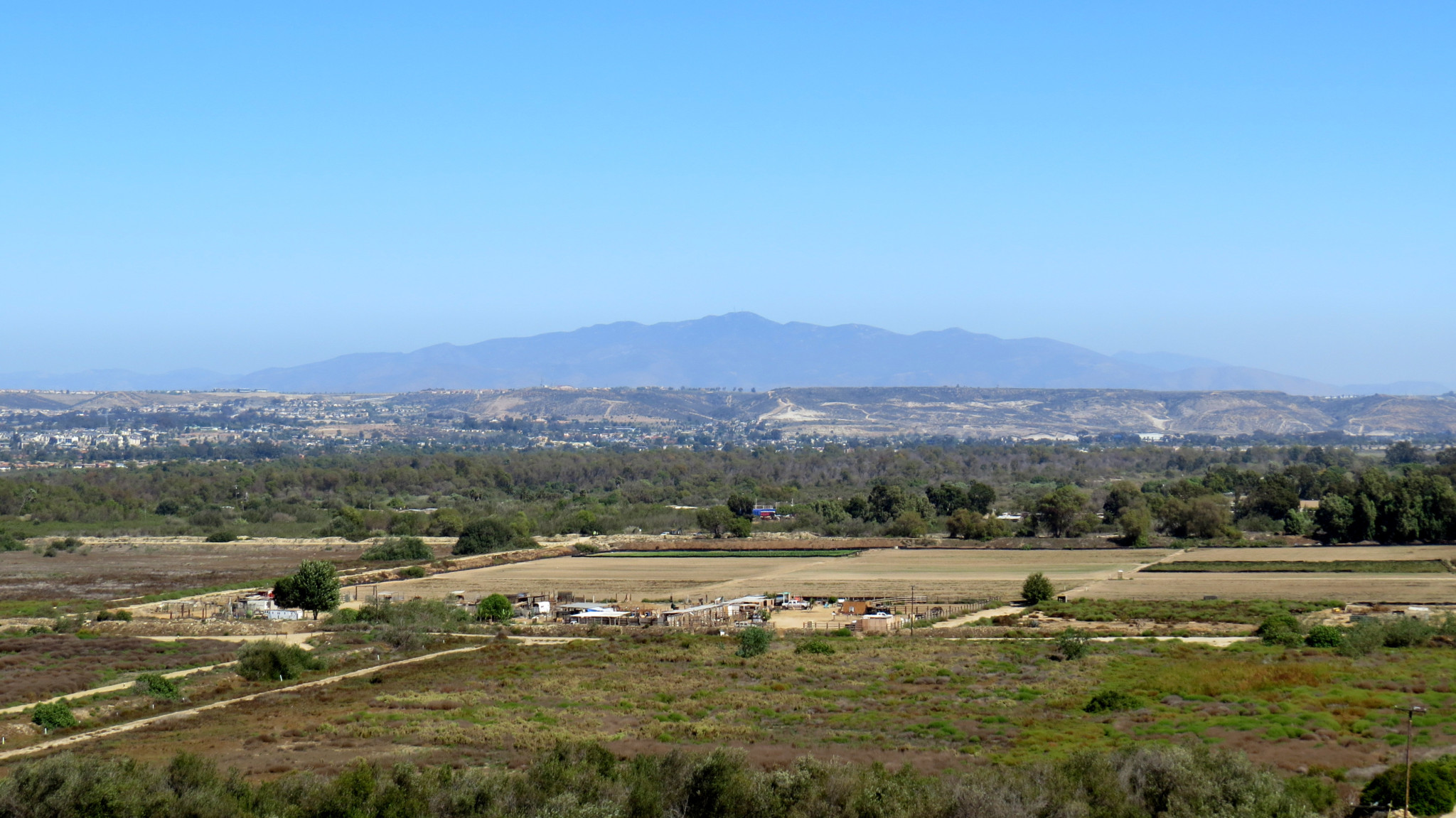 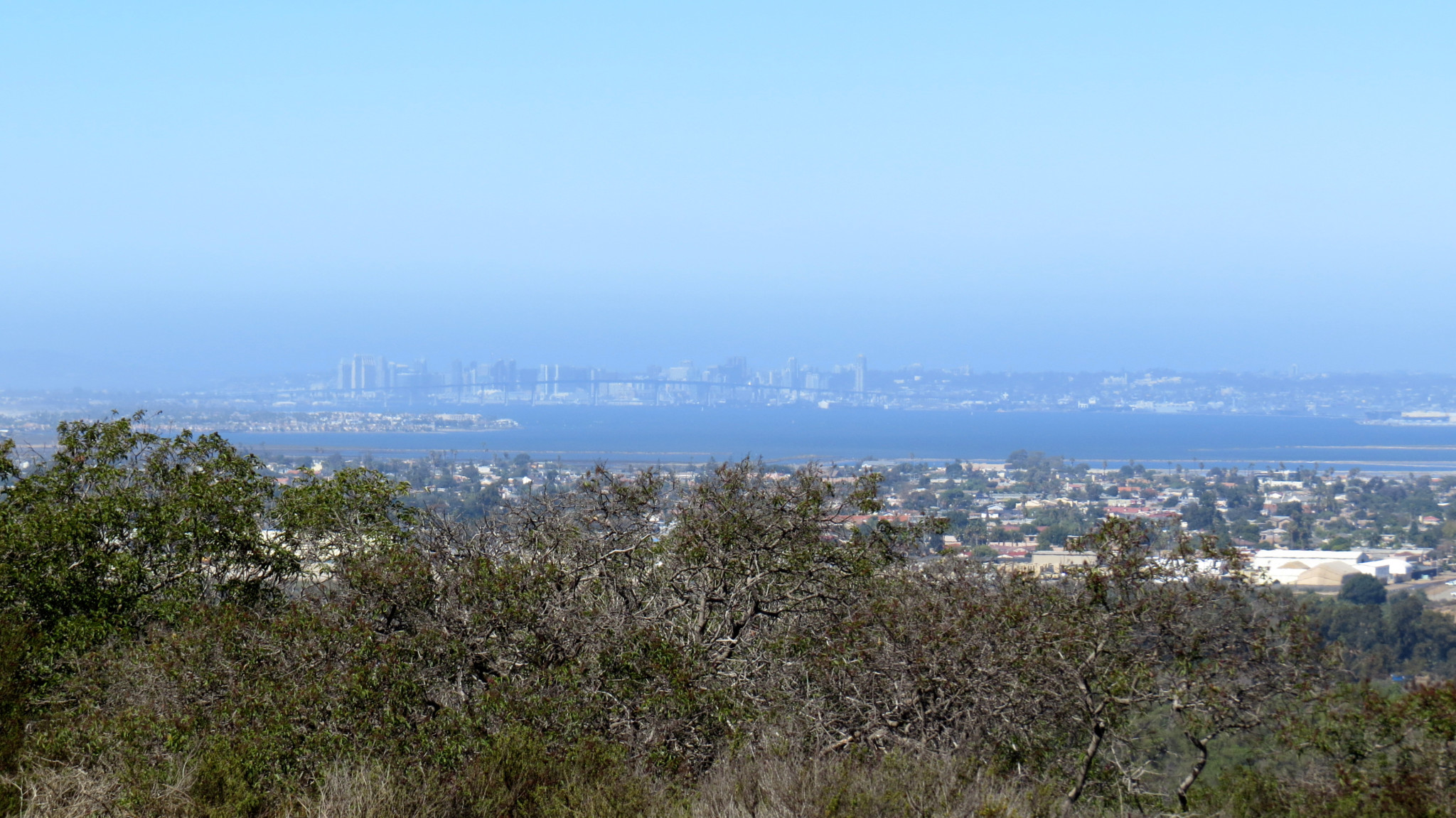 The nearest available camping is at Sweetwater Summit Regional Park.

Heading south on Interstate 5, exit at Dairy Mart Road and turn right to head southwest. Dairy Mart Road becomes Monument Road after 1.1 mile. After another 2.3 miles, park at the gated entrance to Border Field State Park. If the gate is open, you can continue on directly to International Friendship Park. However, the road is frequently flooded, so it's best to count on parking just outside the gate. To reach the trailhead, backtrack on the road heading east for a quarter mile.