One of the most beloved hikes in the Eugene-Springfield area, Spencer Butte and its iconic profile make a striking landmark on the skyline – it’s one of two buttes in Eugene that serve as starting and ending points for the annual Butte to Butte 10K in Eugene. Since Spencer Butte is part of the Ridgeline Trail system, you can enter pretty much any trailhead to reach the summit, but for a solid 5-mile hike, you should start at the 52nd and Willamette Street trailhead. For a quicker jaunt to the top, the Spencer Butte trailhead gets you there and still offers gorgeous panoramic views of the Willamette Valley. 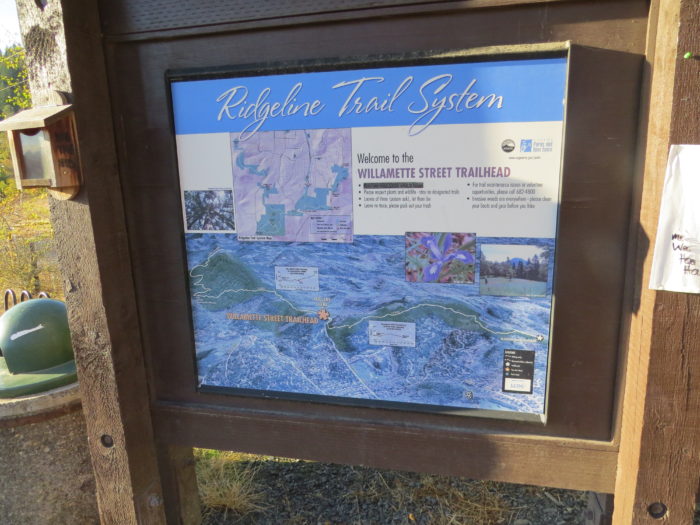 You’ll start with a traipse through the Mariposa Woodland, an open meadow that turns into progressively denser forest as you ascend the side of the butte. On clear days, sunlight filters through the trees in the first portion of the hike, a nice change from the normally thick Pacific Northwest tree cover. 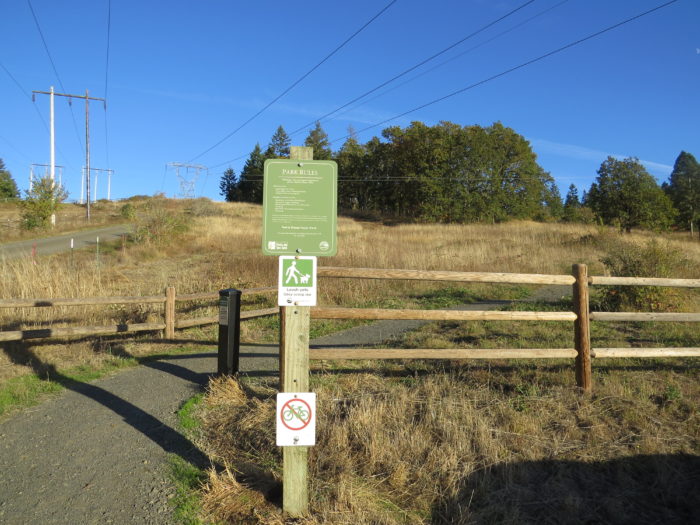 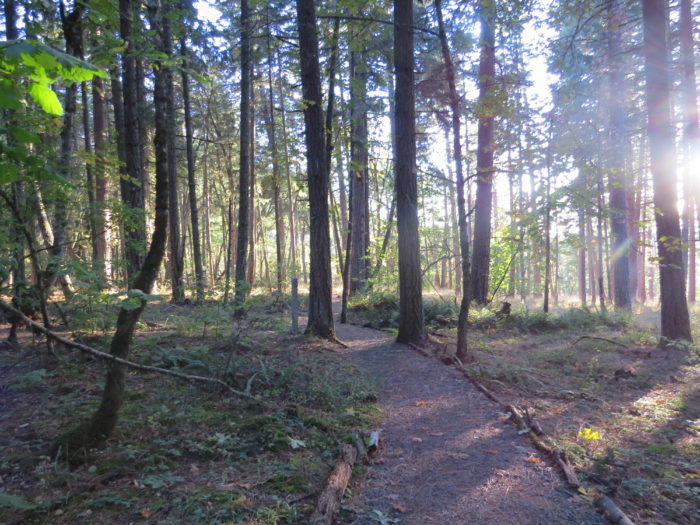 The first two miles or so, you’ll steadily climb the butte on increasingly tight switchbacks, but nothing’s too steep. You’ll be rewarded with views of fern-clad hillsides as you trek upward, and don’t be surprised to see and hear songbirds, chipmunks, and other wildlife. 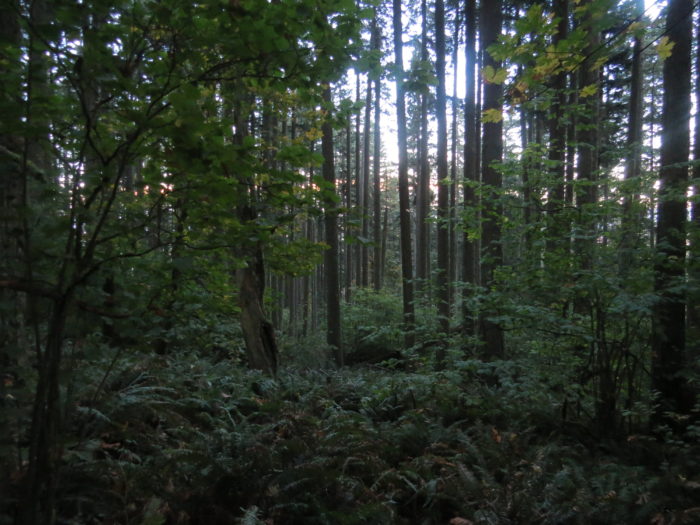 The trail eventually meets and merges with the shorter trail that started at the Spencer Butte trailhead, leaving about half a mile to the top. Don’t worry about losing your way – signposts mark each trail intersection. Marginally steeper switchbacks continue and then open up to a series of beautifully constructed stone steps. These are a fairly recent addition, making the scramble to the top safer and less damaging to surrounding habitat. You’ll also be able to enjoy your first glimpses of the valley below. 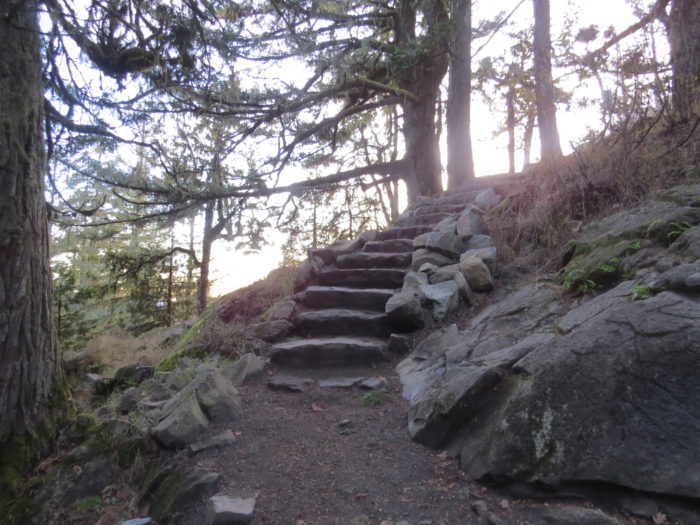 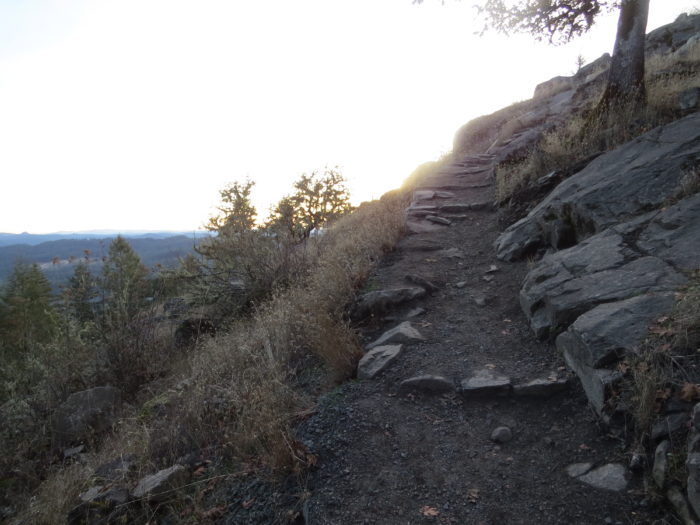 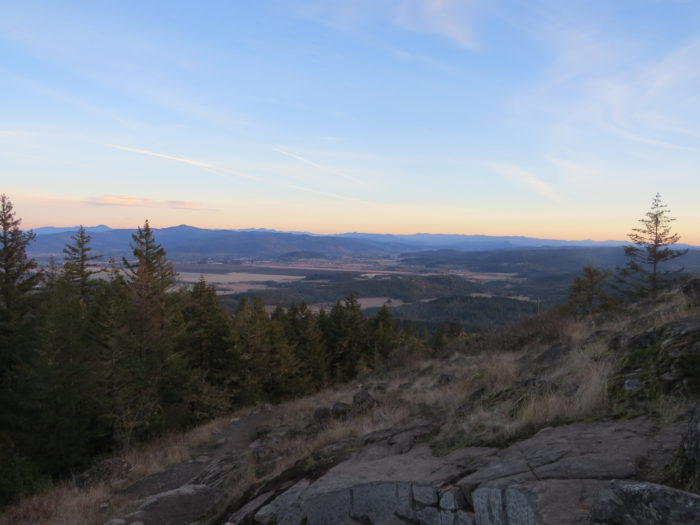 As you continue up the stairs, the landscape gets a bit more rocky. Keep heading upwards until you climb the last set of stairs. Suddenly, the valley opens up, and you can see all of Eugene and beyond spread out before you. On clear days, the Three Sisters and their snowy peaks stick out against the blue of the sky. You can see the University of Oregon’s Autzen Stadium as well as a patchwork of farms and fields. 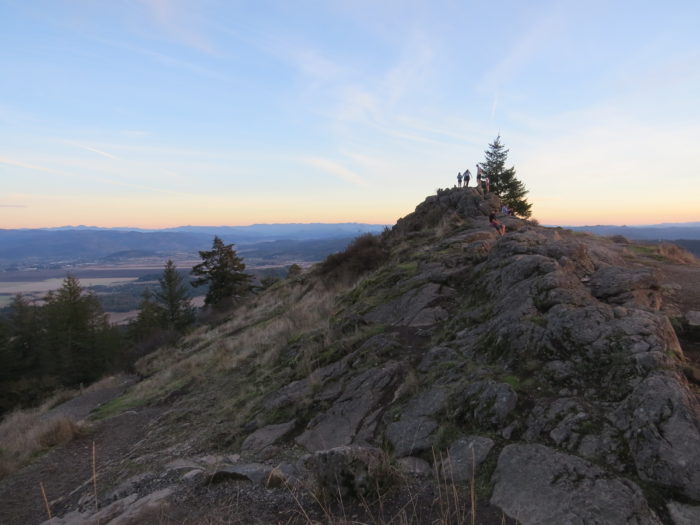 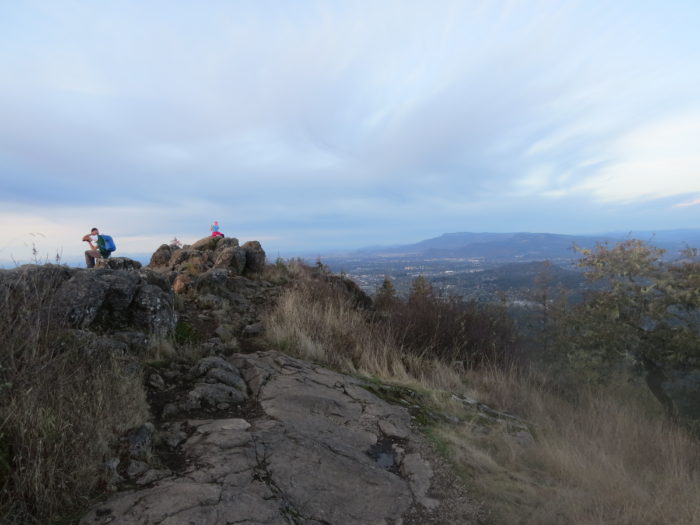 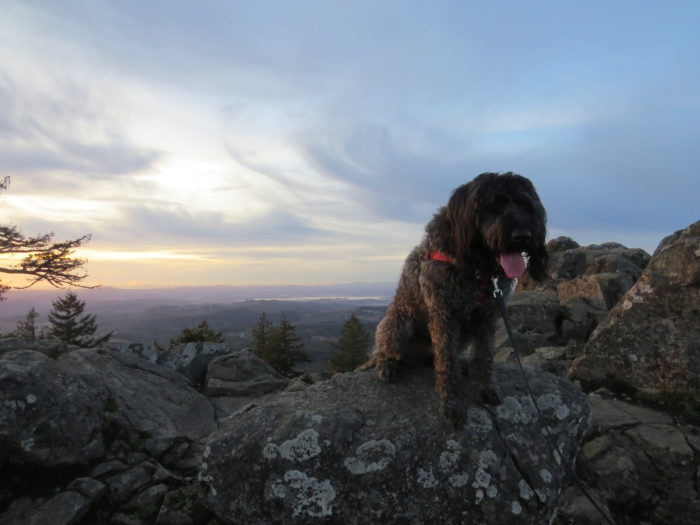 You’re likely to be joined by a legion of college students at the top, but they’re generally respectful of the place. In the early mornings, people make the trek to the top to watch the sun rise above the mist. When there’s an inversion going on, this is a particular striking place to be. The top of Spencer Butte is one of the quietest places in the southern Willamette Valley. 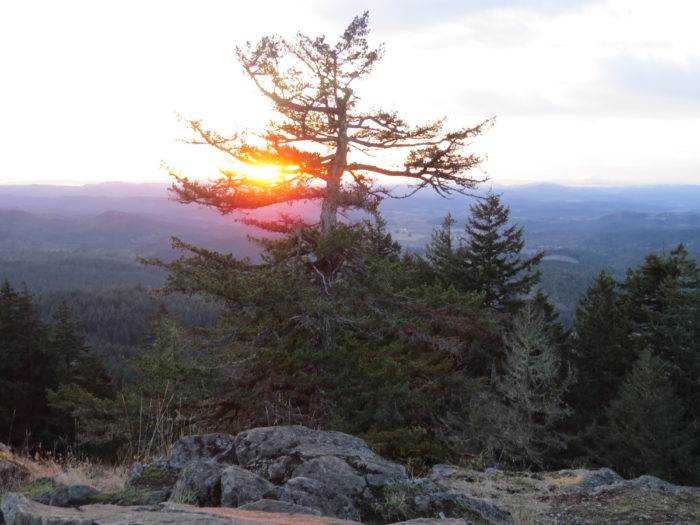 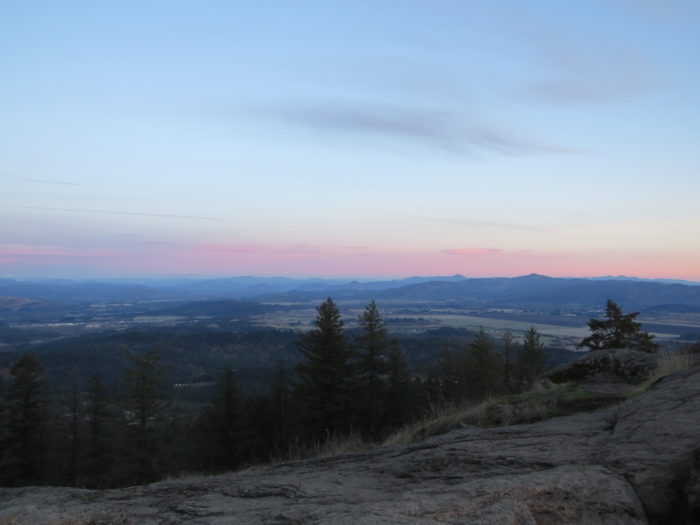 You might want to opt for a view at sunset instead, which can be pretty spectacular – just make sure to bring a headlamp for the journey back down. 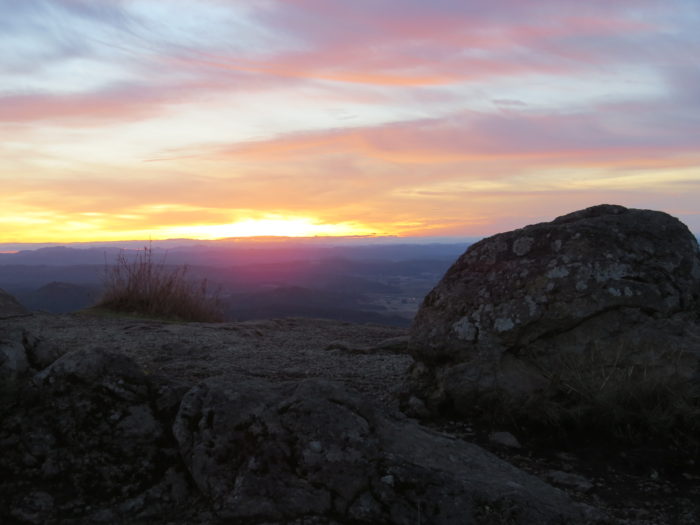 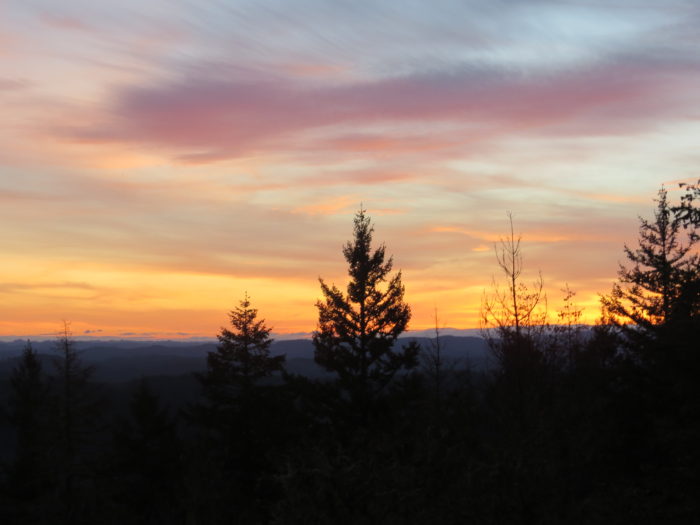 Amy Klarup is a writer, hiker and wildlife lover based in Eugene, Oregon. 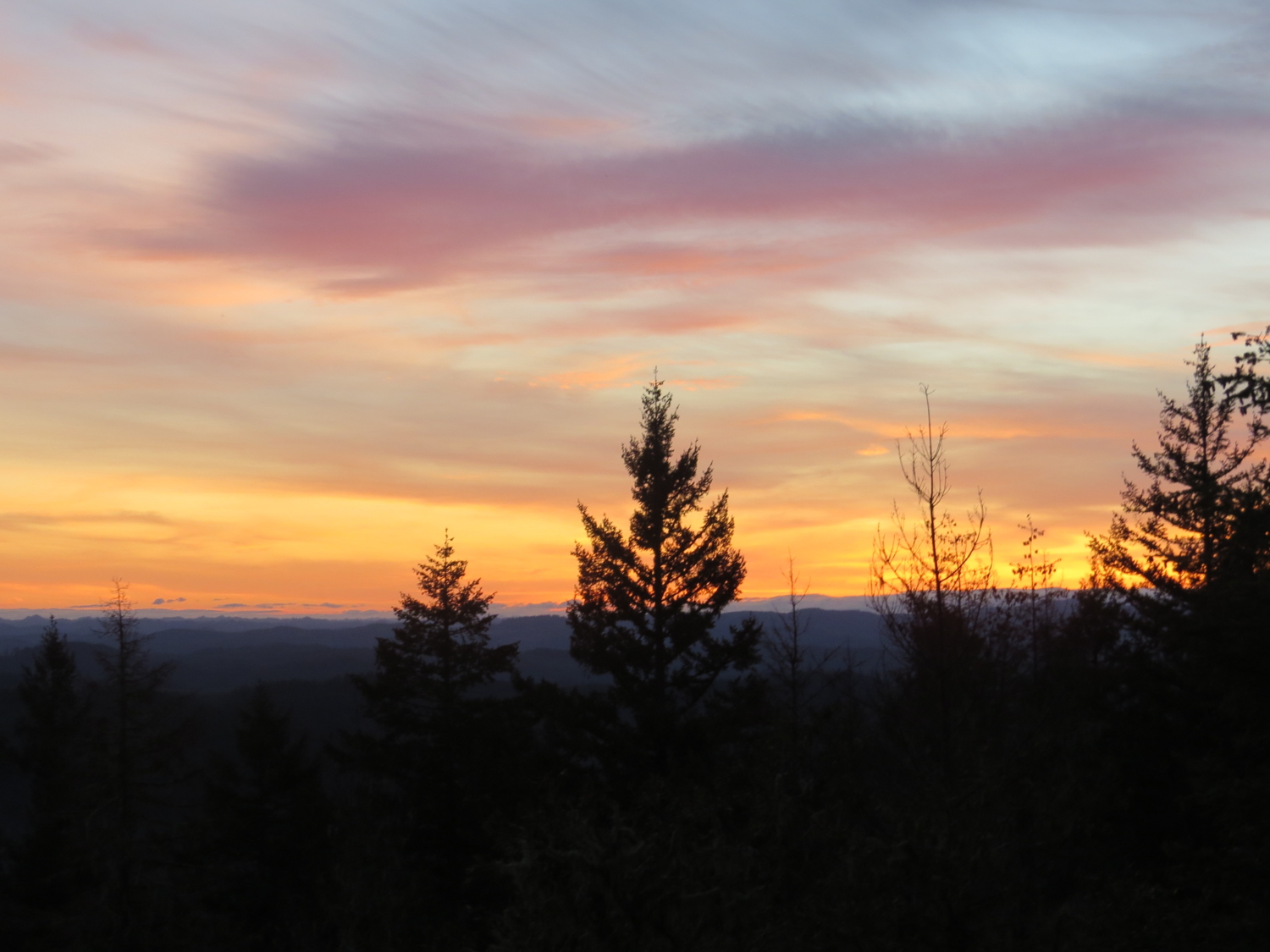 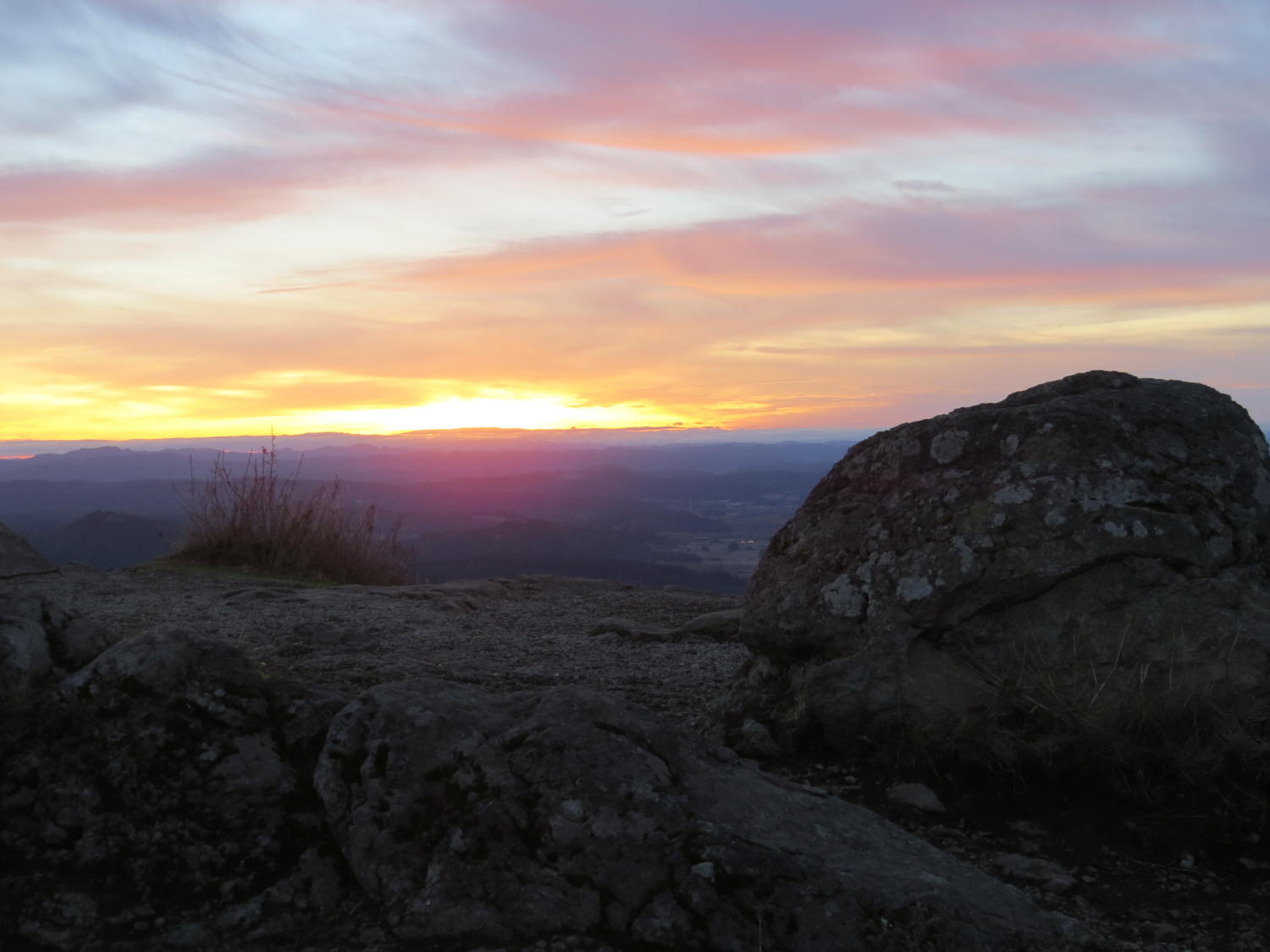 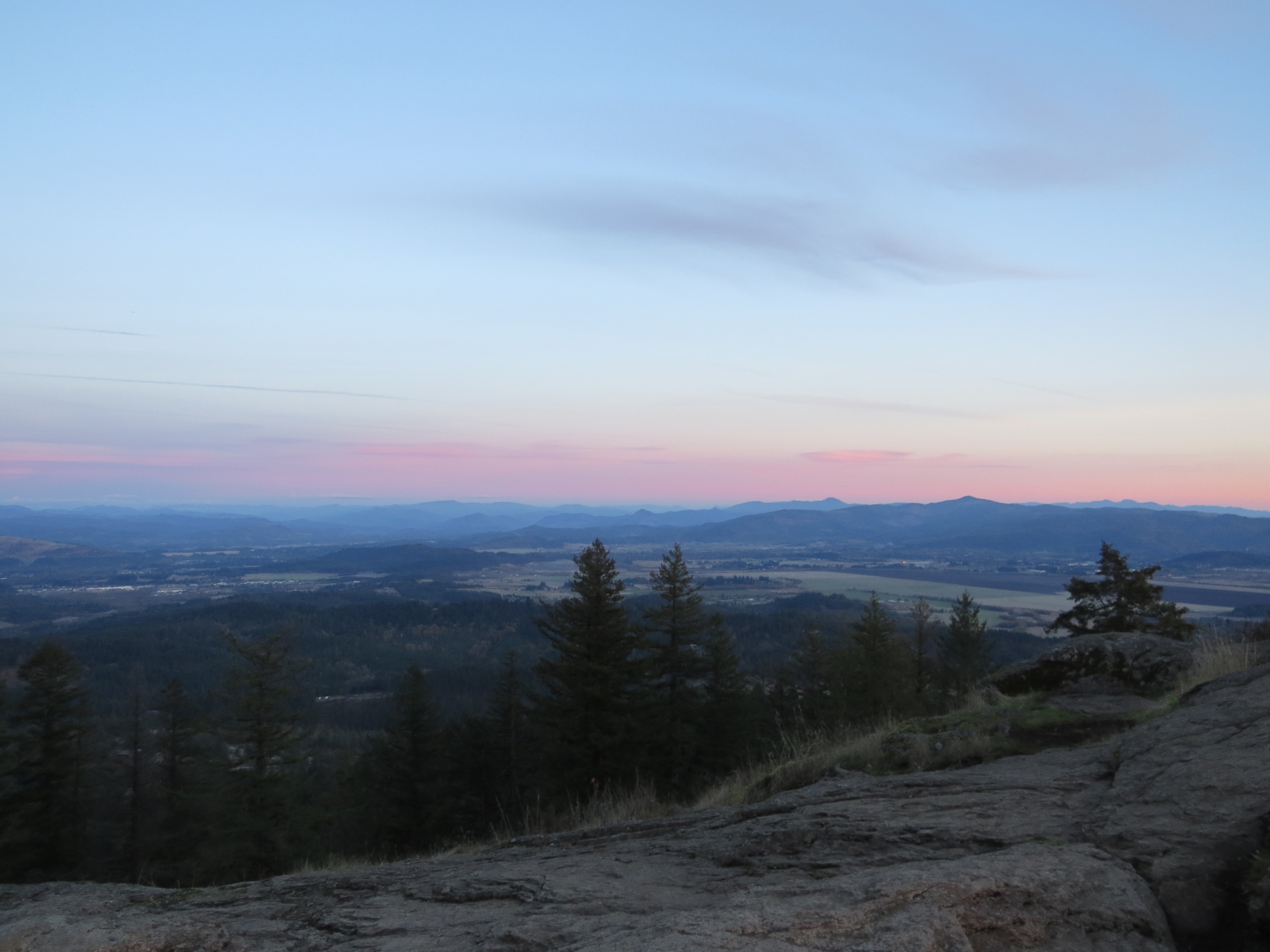 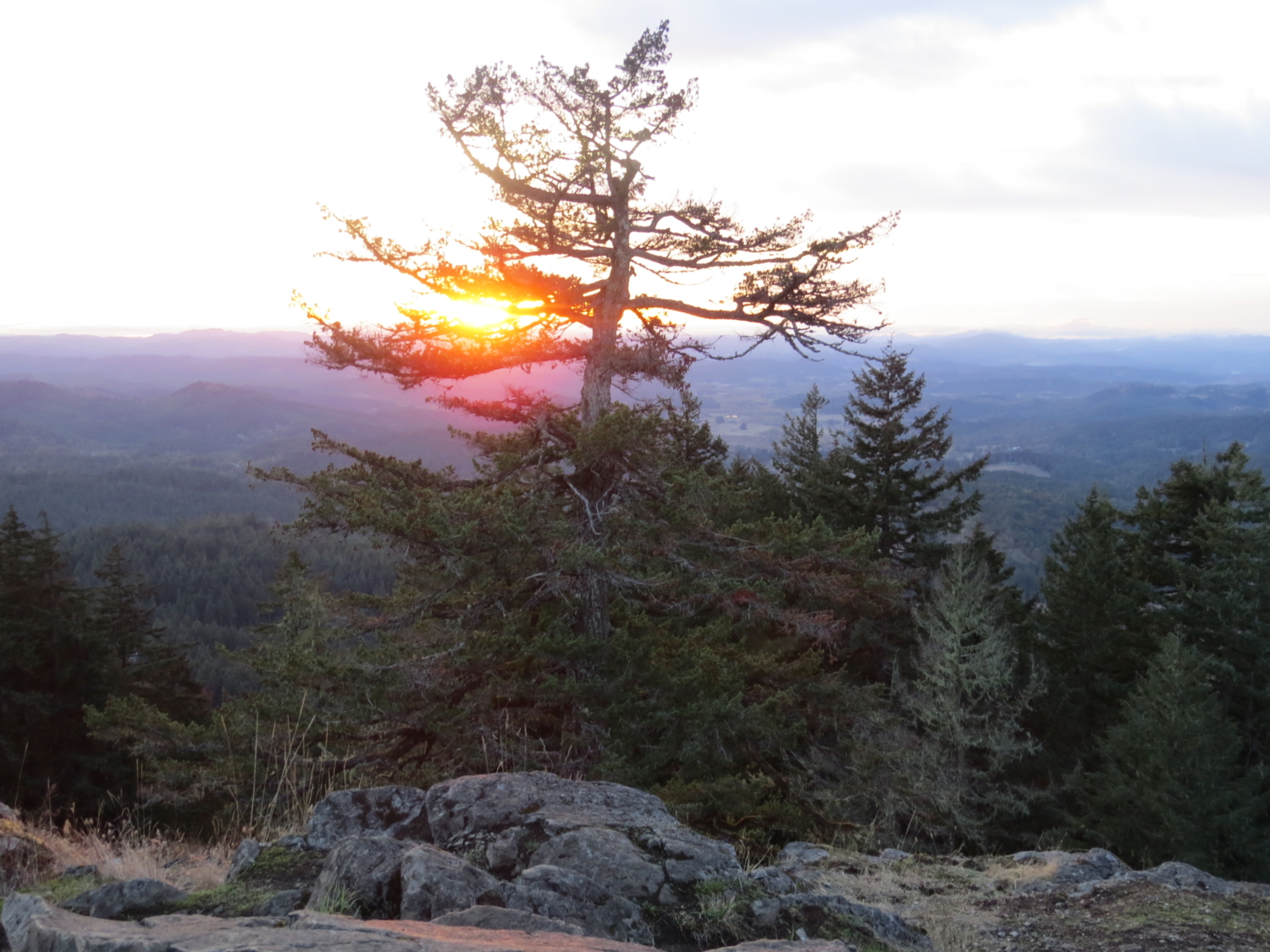 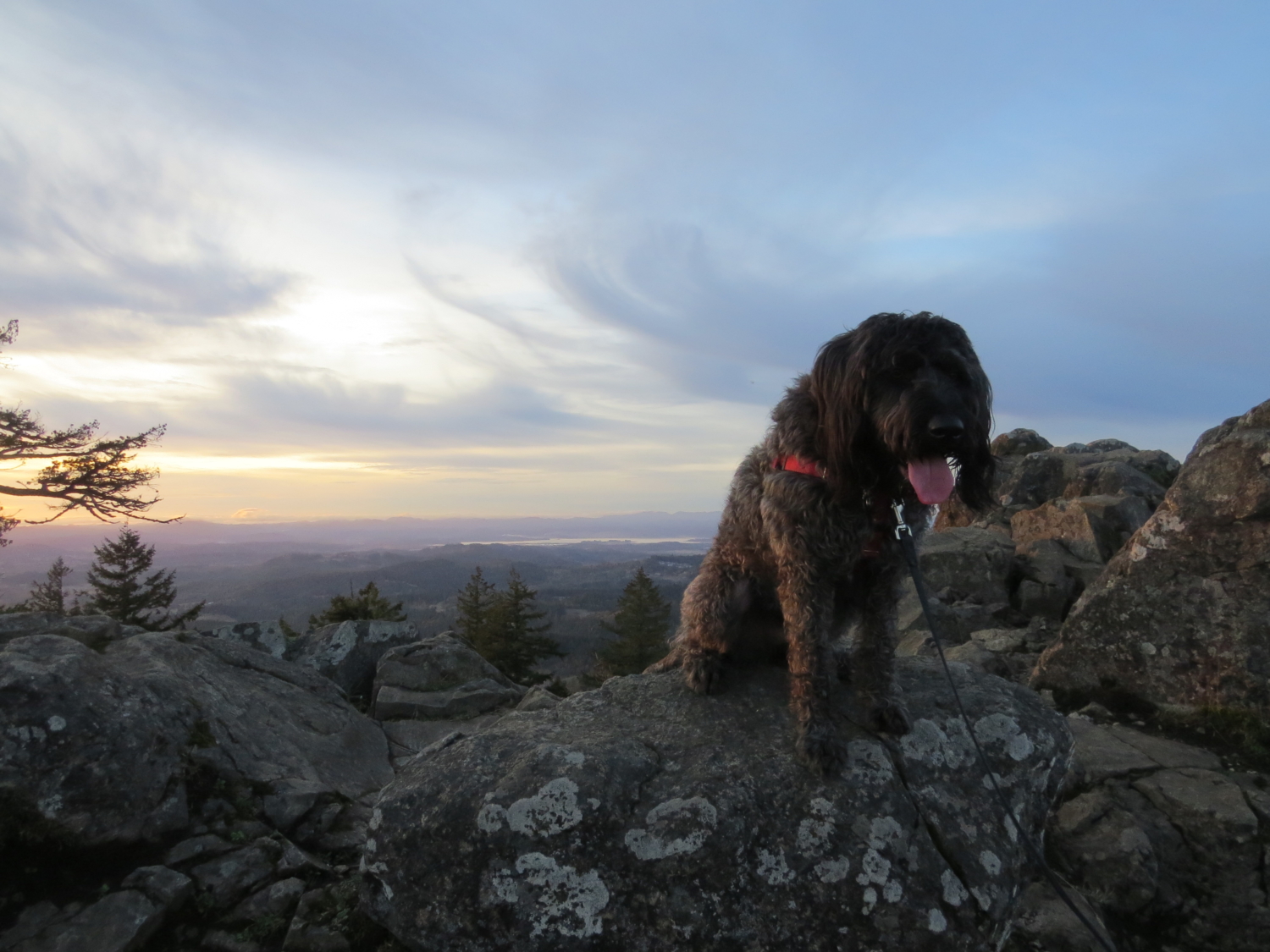 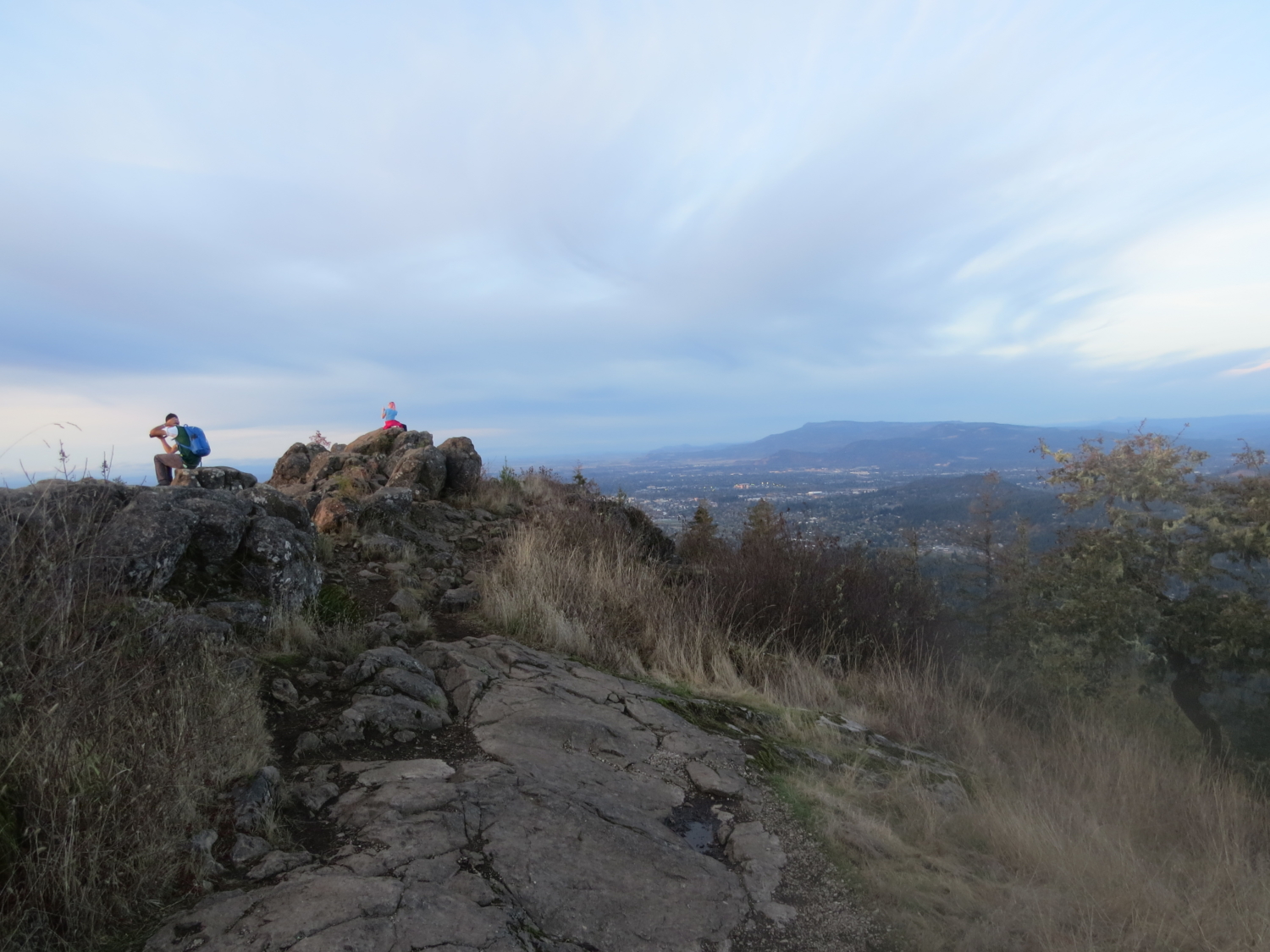 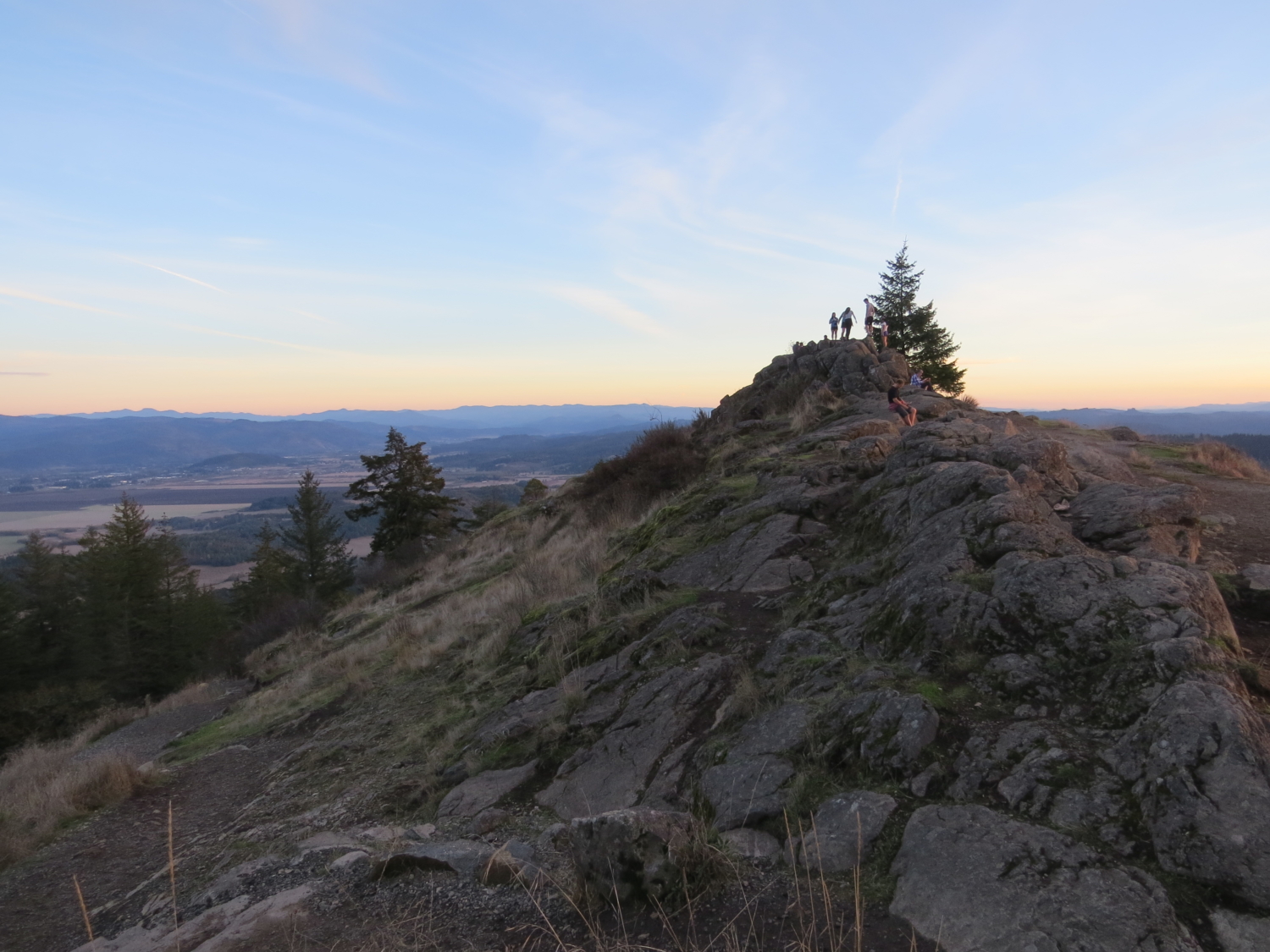 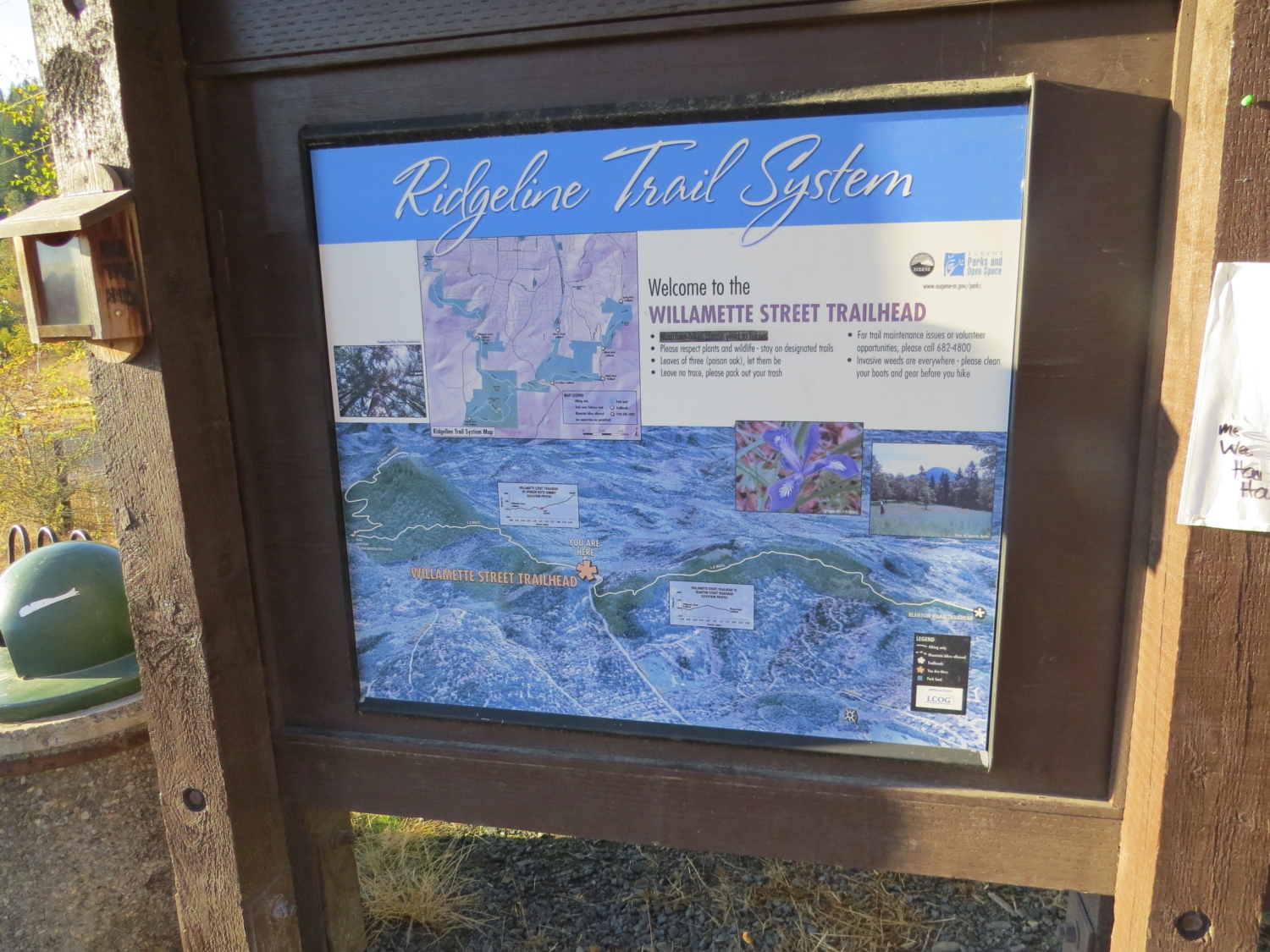 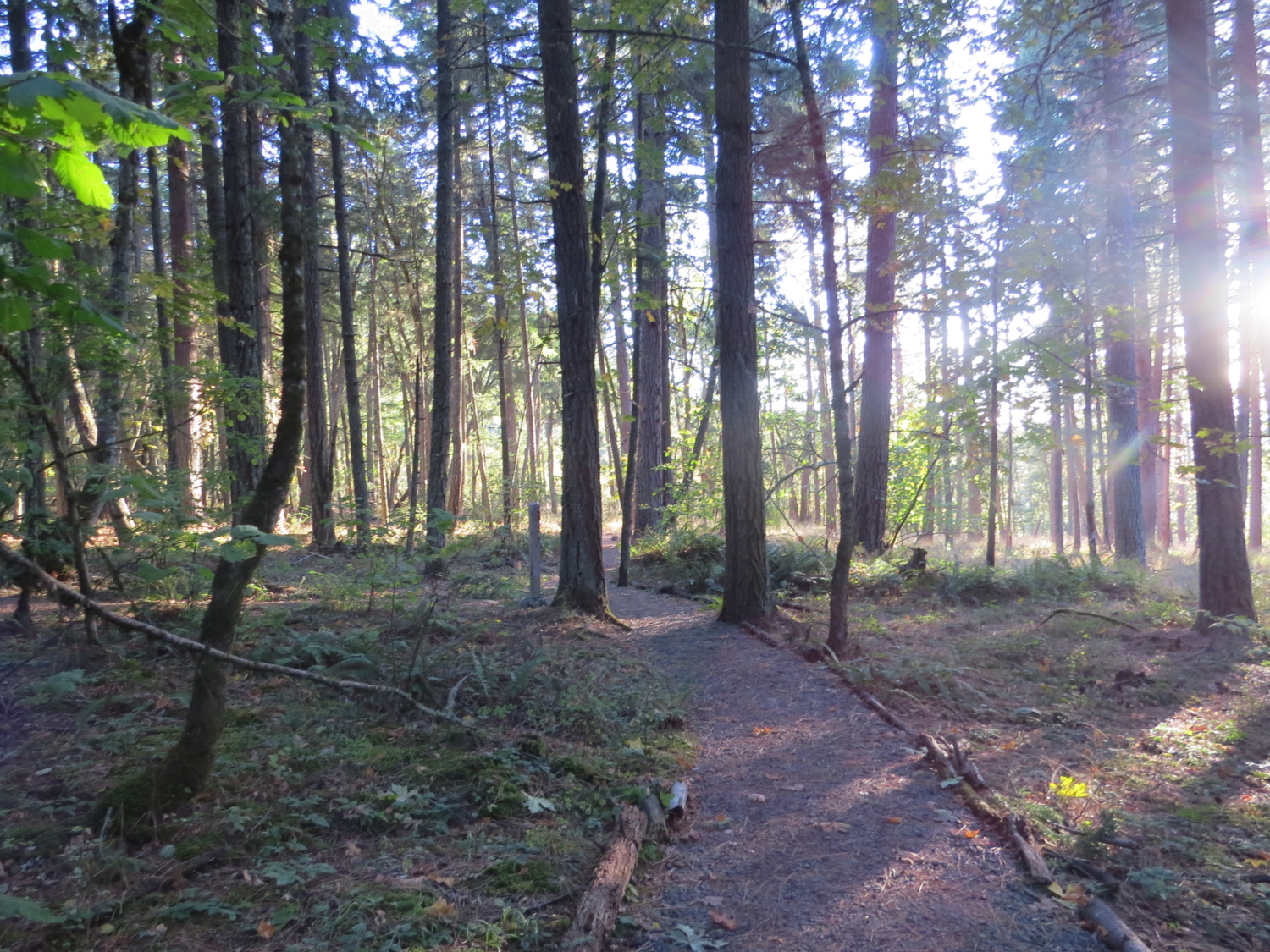 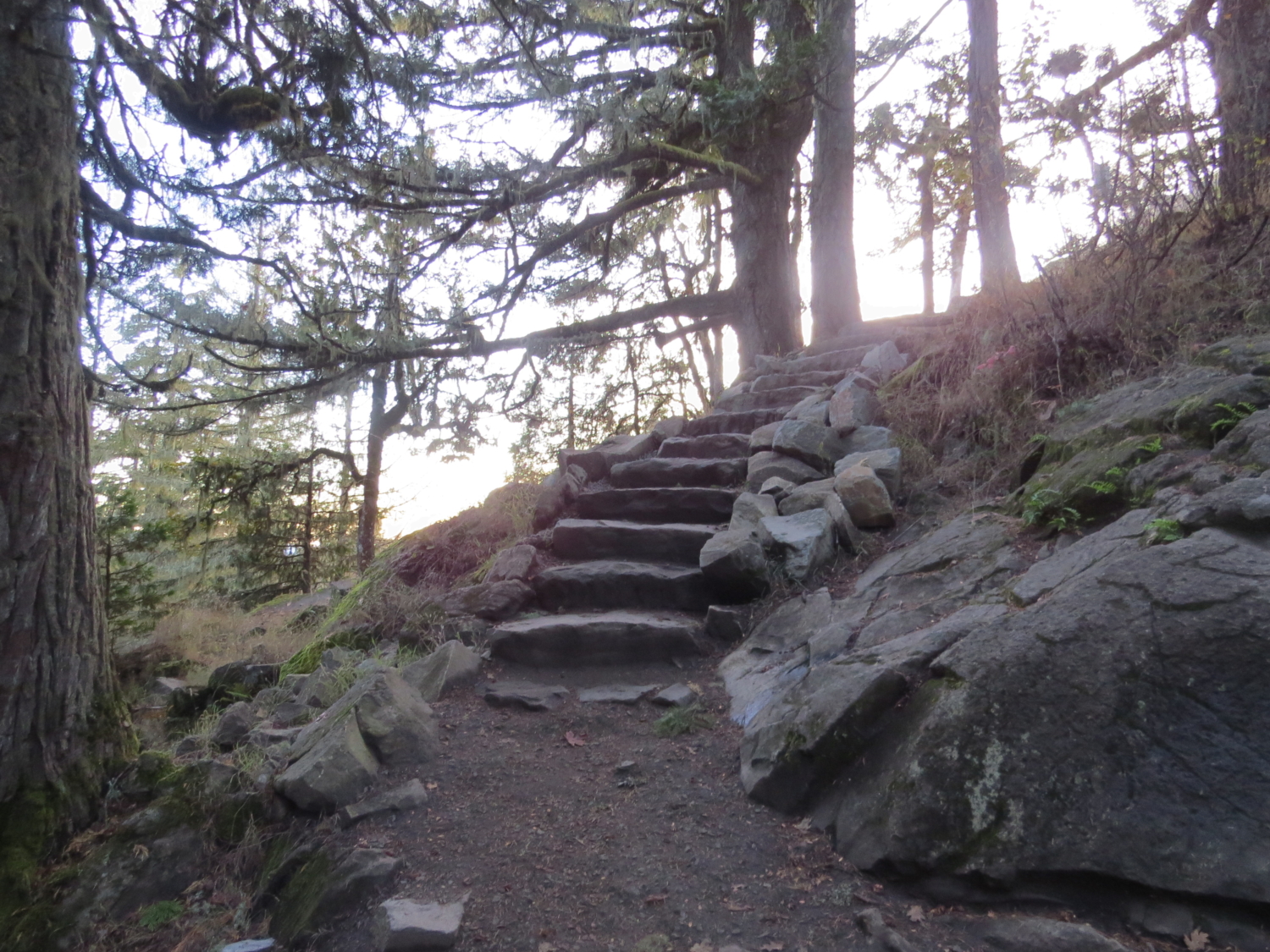 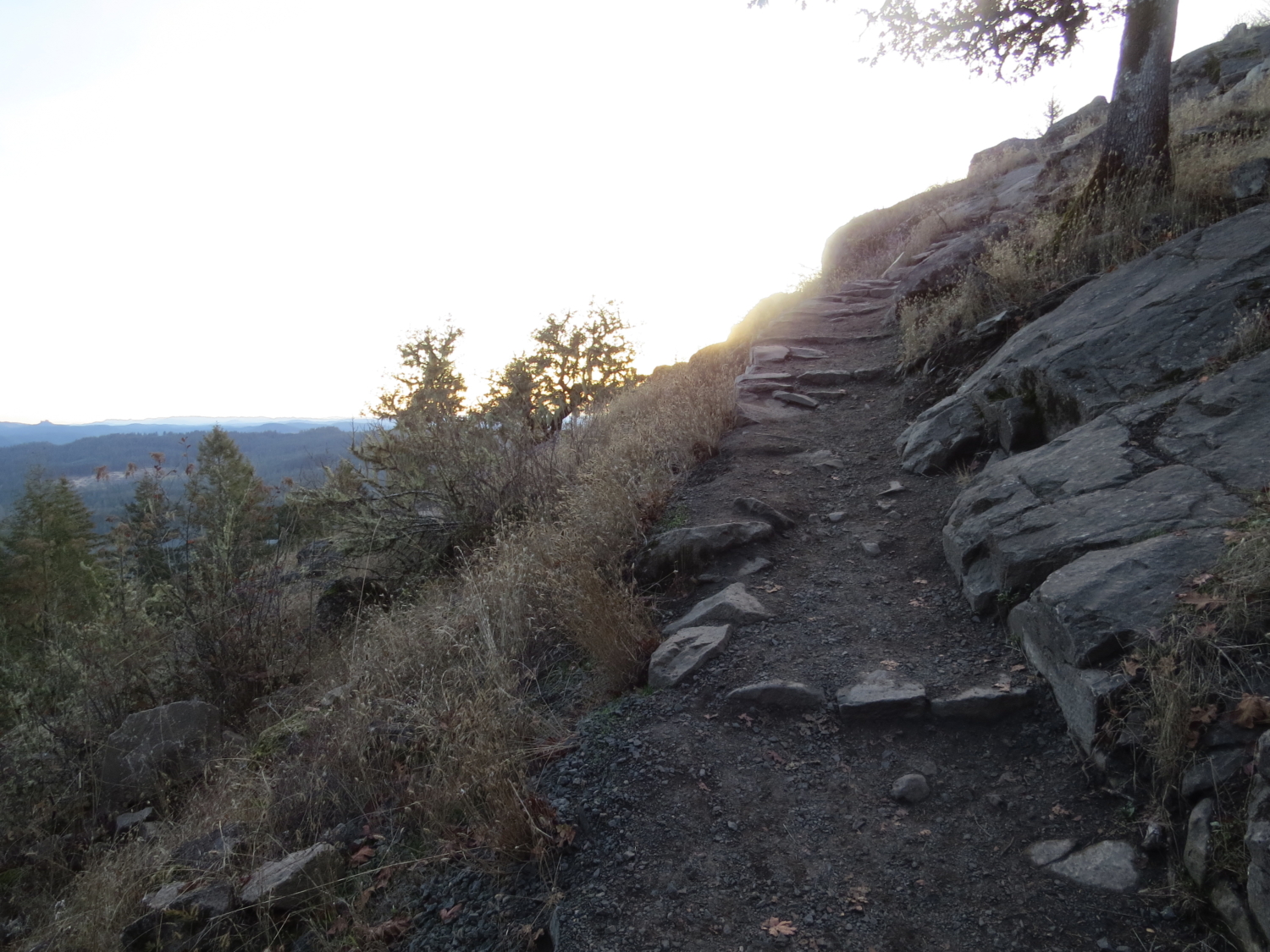 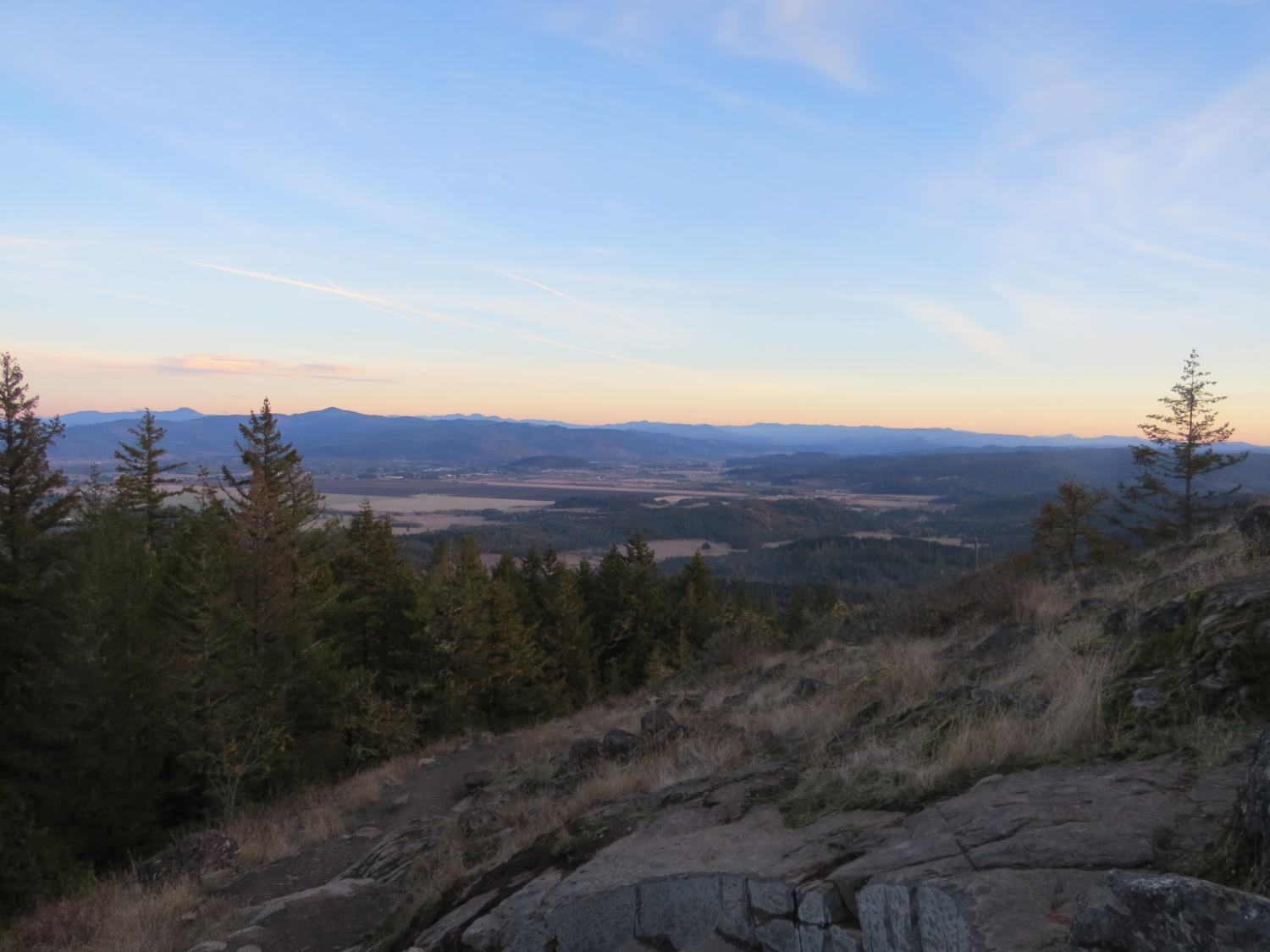 This trail is a clearly marked dirt path, with newly constructed stone steps at the top.

From 18th Avenue in Eugene, head south on Willamette Street. In 3.2 miles, the trailhead will be on your left.