Chino Hills State Park was founded in part to prevent sprawling SoCal housing from closing off an important wildlife corridor between the Santa Ana Mountains and the Puente Hills (and, along the Rio Hondo and San Gabriel Rivers, up to the San Gabriel Mountains, too!). The park itself can be divided into two different types of terrains and two different sections — to the west, we have a section anchored by the Discovery Center near Carbon Canyon. To the east, a connected but distinctly different section of the park is accessed by Bane Canyon Road and the old Rolling M Ranch. Both sections of the park have basically two types of trails — canyons and ridgelines.

The trek up to San Juan Hill is a ridgeline route — totally shadeless, sun-exposed, and steep — but with phenomenal views in nearly every direction. There is hardly a finer spot to soak in a full lay of the land of this region of Southern California, and to clearly make out the interconnected nature of its rivers, hills, and mountains. In the winter and spring months — given a decent amount of rain — this is also one of the most breathtaking regions for wildflowers.

This particular run to the top of San Juan Hill is a no-nonsense fire road route that, to be honest, is more popular with mountain bikers and trail runners than with us slowpoke hikers — but that doesn’t mean we should overlook it. Check with the park to make sure it’s open (the park may be closed during Red Flag days or after heavy rains), then head up to Rimcrest Drive and look for the clear trailhead. 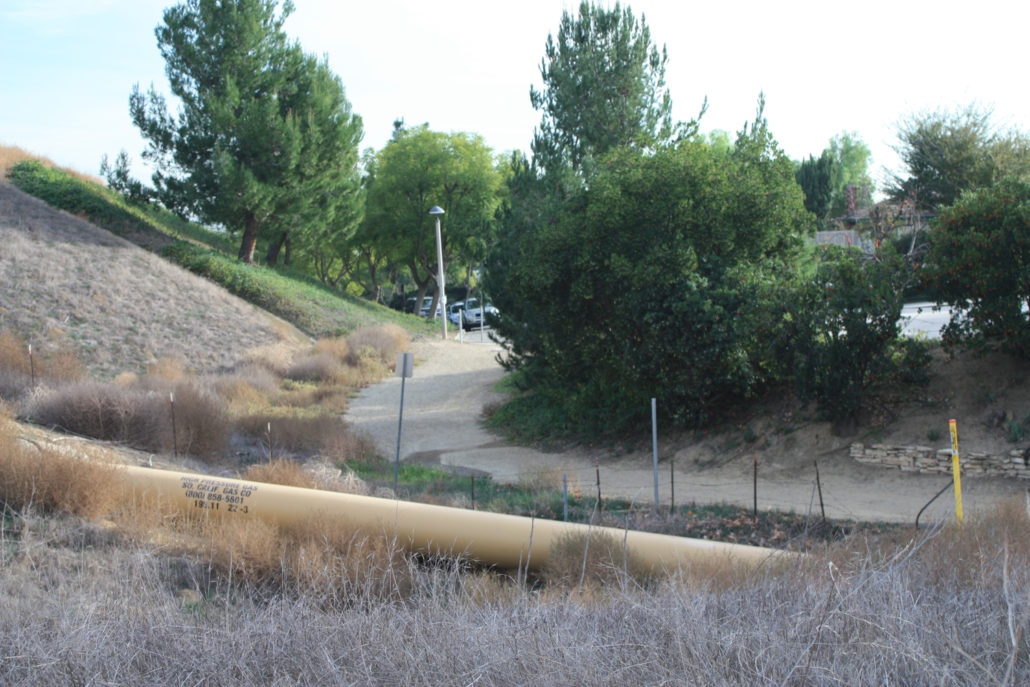 Looking back toward Rimcrest Drive from the trail

The trailhead here immediately hits a four-way junction. To the west, the South Ridge Trail rises along — you guessed it — the southern ridge of the park. Straight ahead, the narrow Easy Street Trail will take you down into Telegraph Canyon. You’ll want to keep to the right, to head east (and up) the South Ridge Trail toward San Juan Hill. 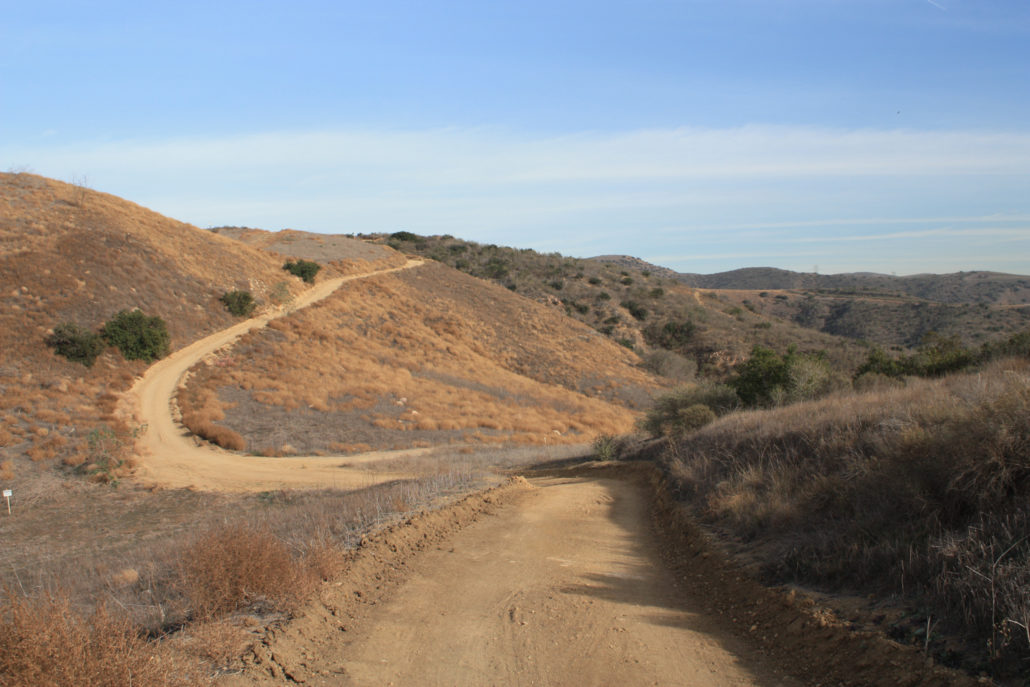 Although you’ll still be able to see the development of Yorba Linda to your south through most of this route, if you turn your head slightly and look to the north instead — or even straight ahead to the east — you can easily trick yourself into thinking you’re somewhere much deeper in the wilderness of Southern California. 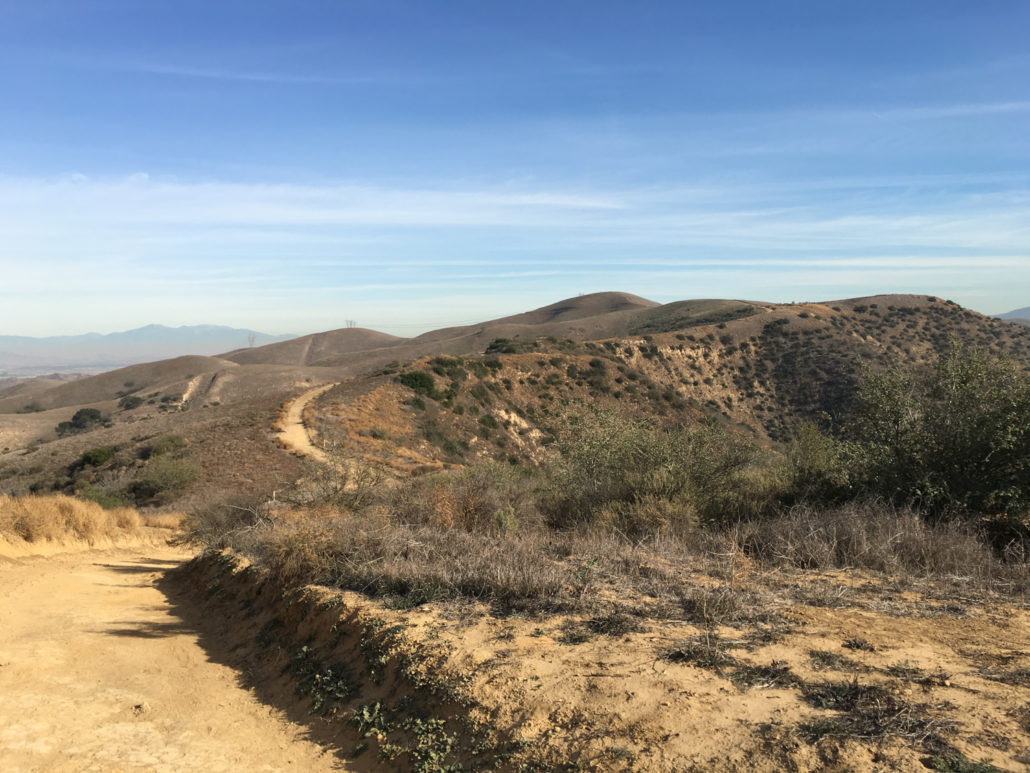 (Note: I hiked this route during the dry months, as you can tell from all our Summer Brown. Although you can hike this year round, I’d highly recommend waiting for some winter rains to wake up our native plants and grasses for a bit more green).

The hike itself is almost entirely on wide, well-maintained fire road, and is fairly easy to follow. There are some junctions along the way that are marked — but as this is former ranch land, there are also lots of unmarked spur trails, old ranch roads, and utility access roads.

Stay on South Ridge Trail for almost the entire route, ignoring the spur to Little Canyon at 0.9 mile, the Utility Spur at 1.4 miles, and the Condor Ridge Road at 2 miles. 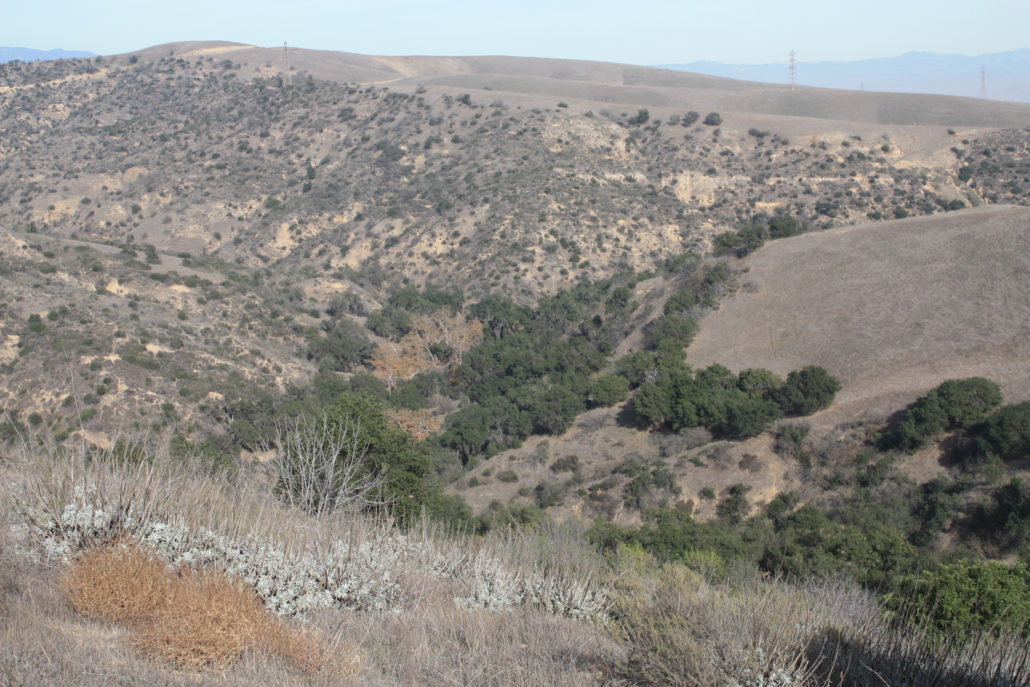 Looking down into Telegraph Canyon 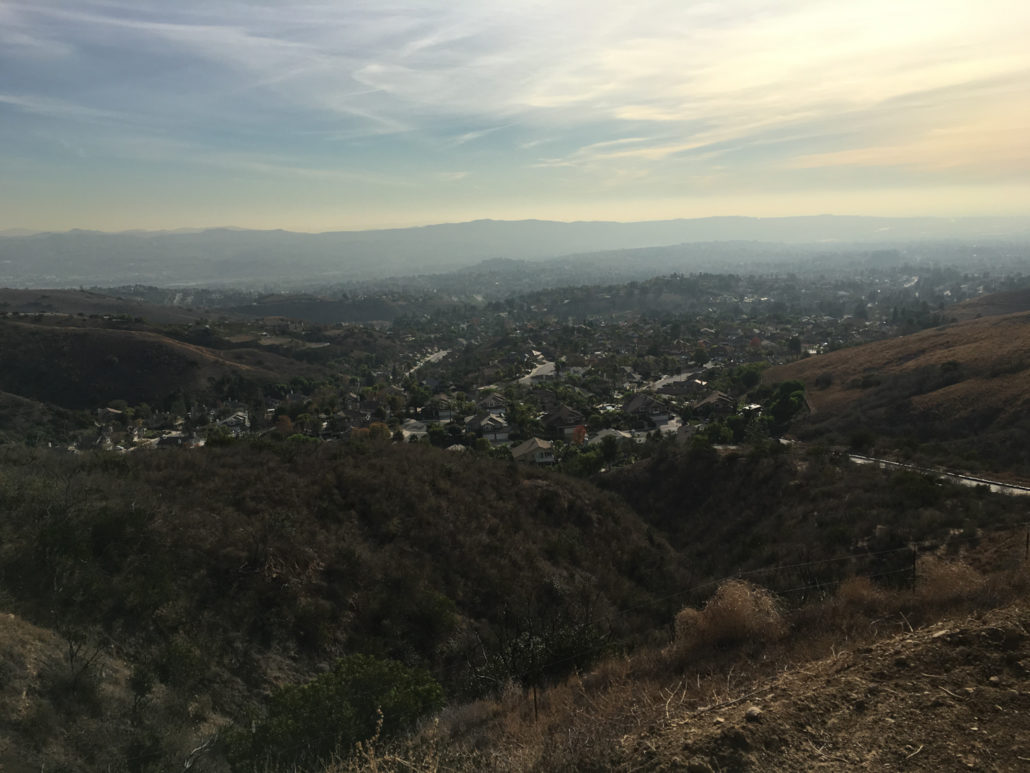 At 2.5 miles, keep right at the junction with the Bovinian Delight Trail and at 2.9 miles, look for a single track spur that departs the fire roads and heads toward San Juan Hill. 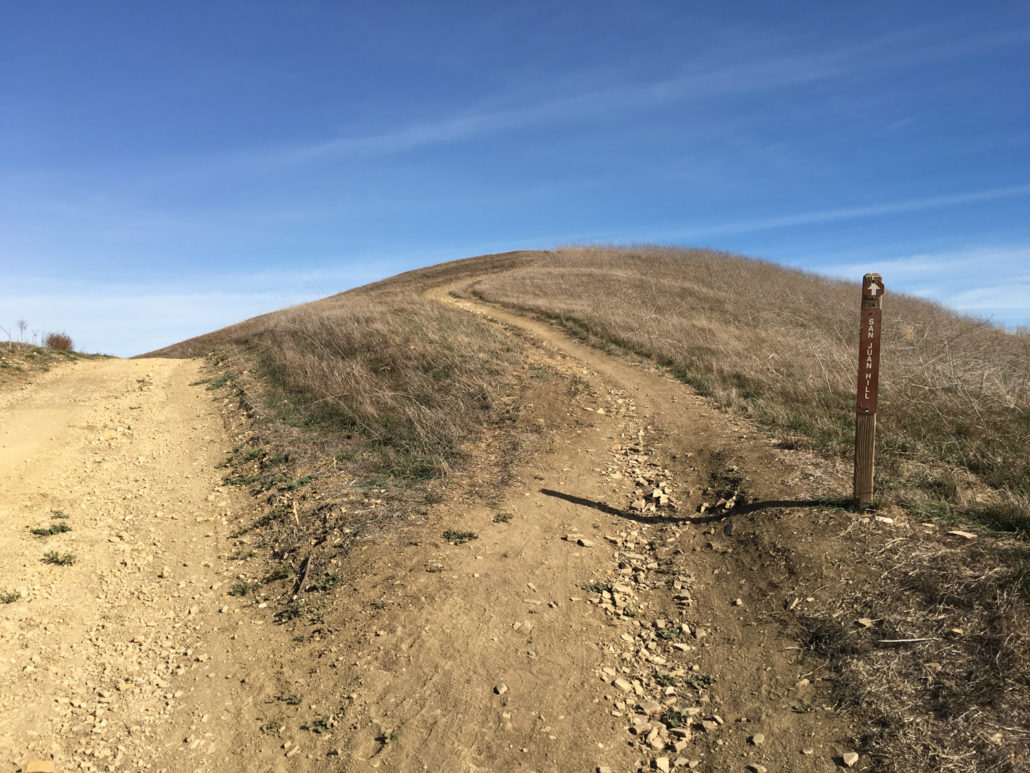 Just a few more minutes, and you’ll find yourself atop San Juan Hill, greeted by a concrete monument and some phenomenal views. 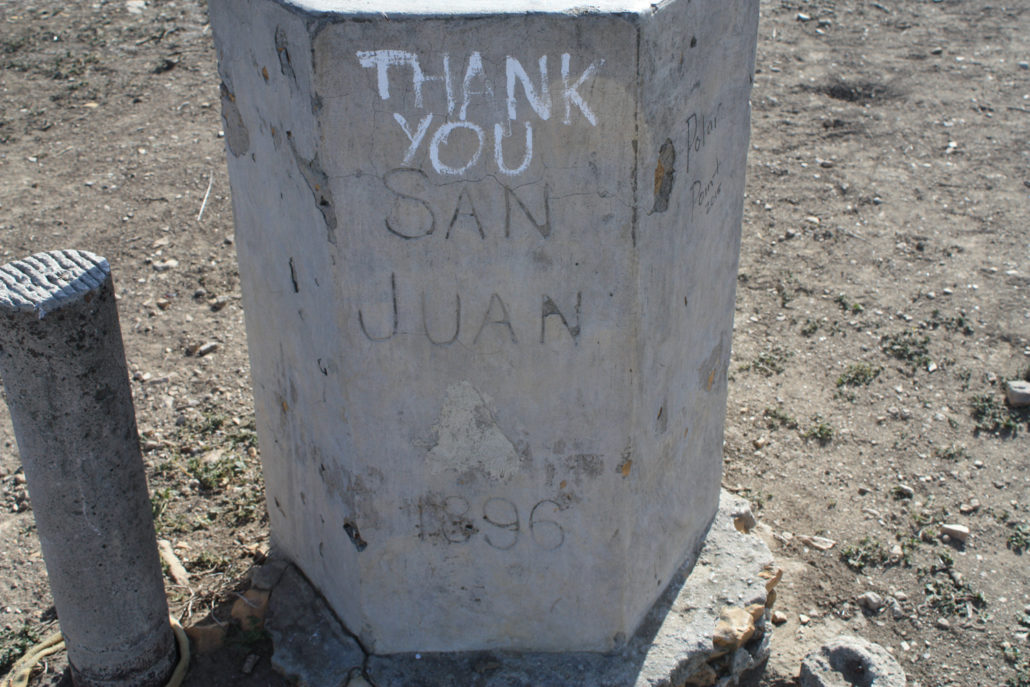 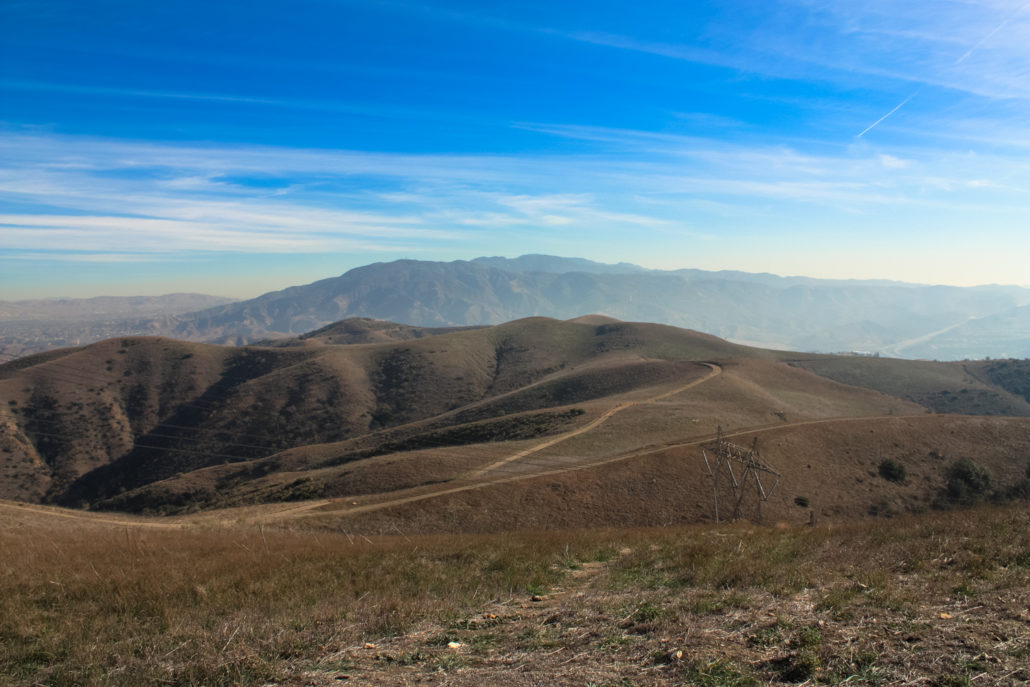 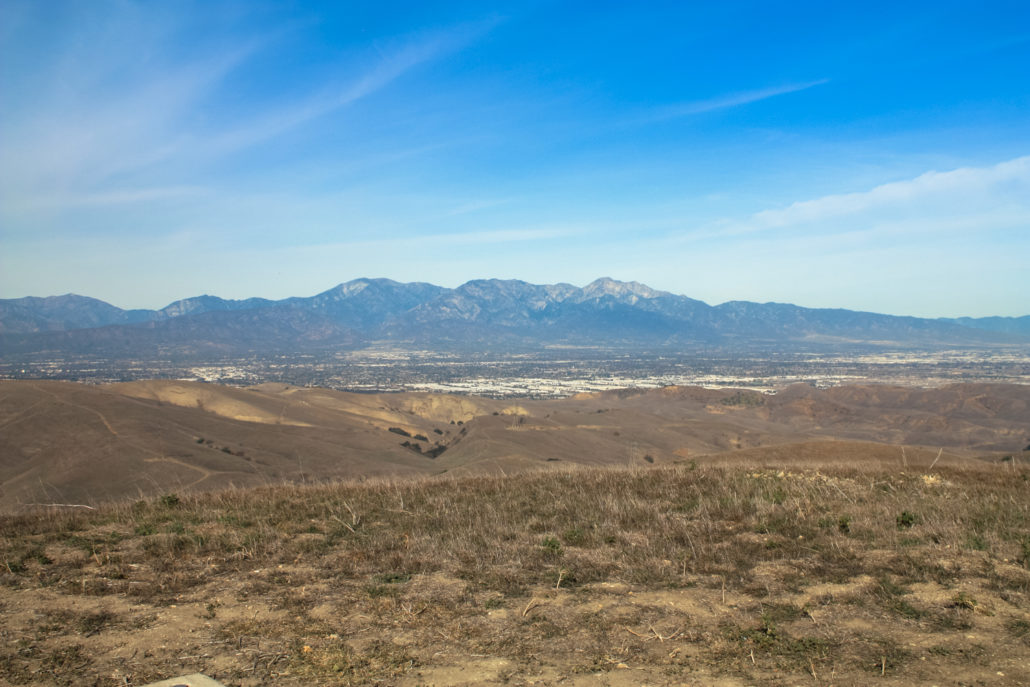 When most historically-minded Americans hear the phrase “San Juan Hill,” they think of Colonel Teddy Roosevelt’s famous charge up the hill of the same name in Cuba — but that happened two years after this pillar was placed here.

The truth of the matter is a bit more scientific — this is one of the few remaining markers in mostly original condition used by the oldest federal science agency, the United States Coast and Geodetic Survey, in the “39th Parallel to the Mexican Border” survey. On the other side of the marker, you’ll see an inscription that reads “”US CG VEY,” with “VEY” apparently being shorthand for “survey.” The agency is now part of the National Oceanic and Atmospheric Administration as the National Geodetic Survey, and provides the framework for all positioning activities within the United States.

When you’re done soaking in the views and / or thinking about geodesy, return back the way you came.

For a change in scenery, also consider heading north on the Bovinian Delight Trail to Four Corners, then heading west in Telegraph Canyon and returning to the trailhead via the Easy Street Trail. 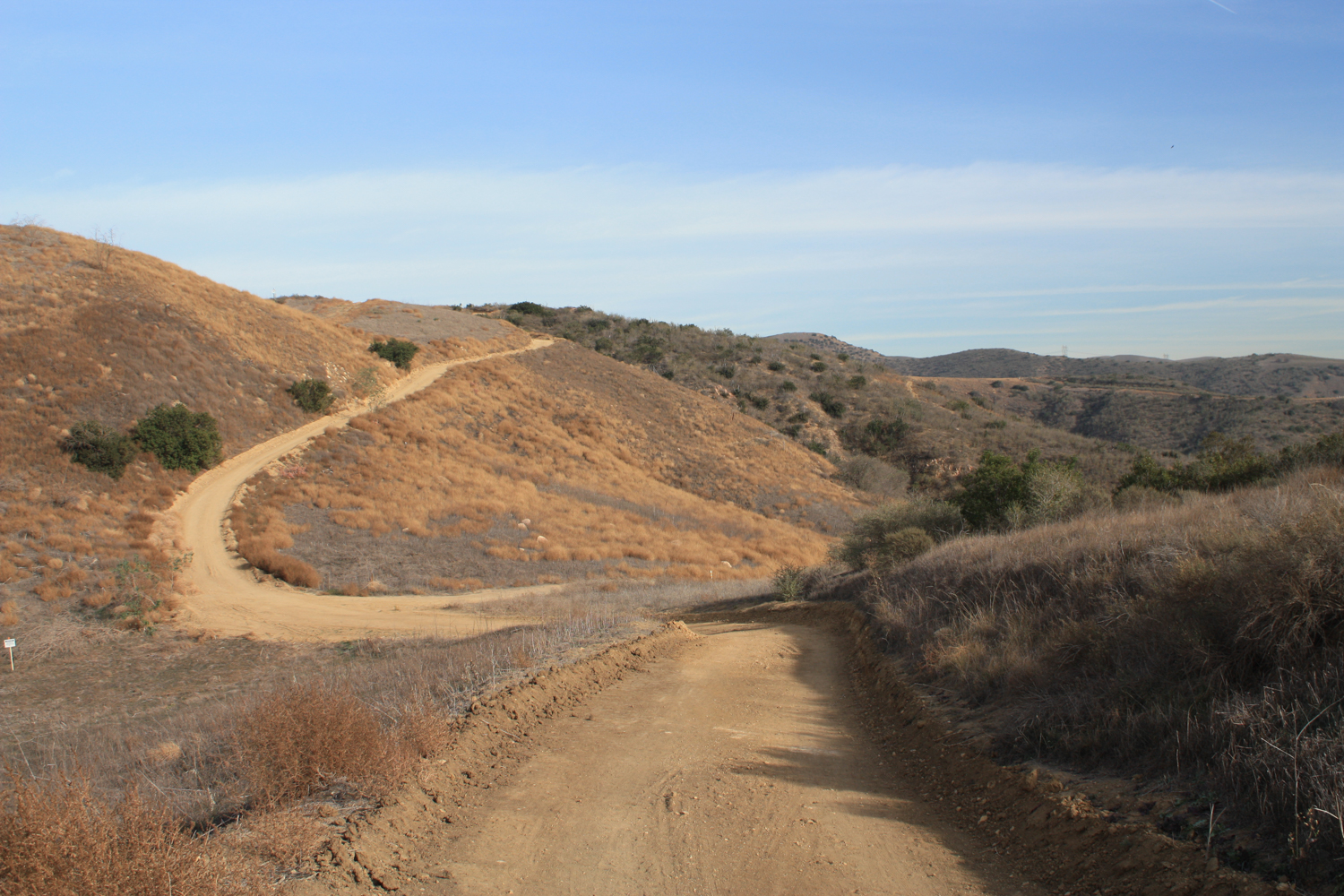 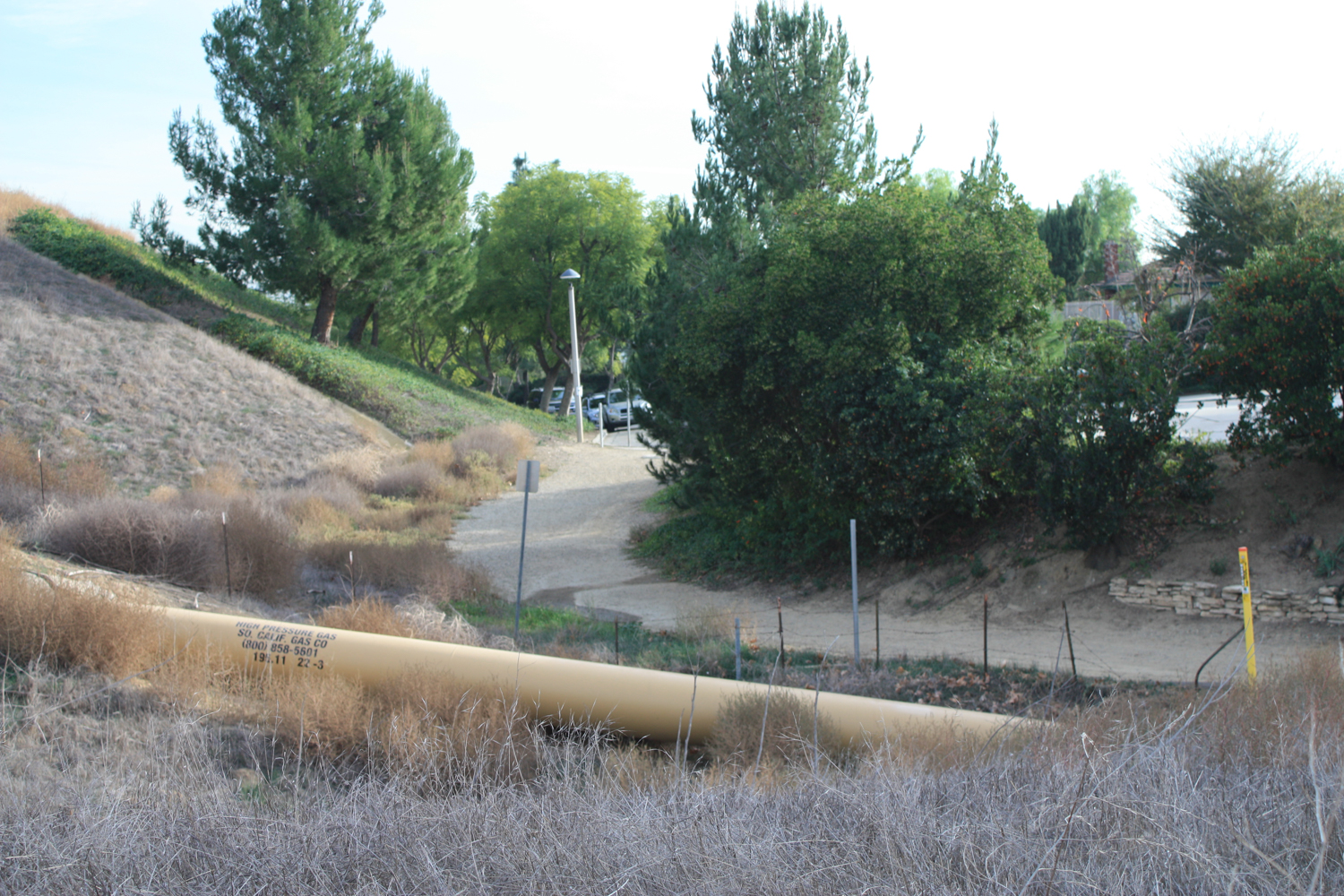 Looking back toward Rimcrest Drive from the trail 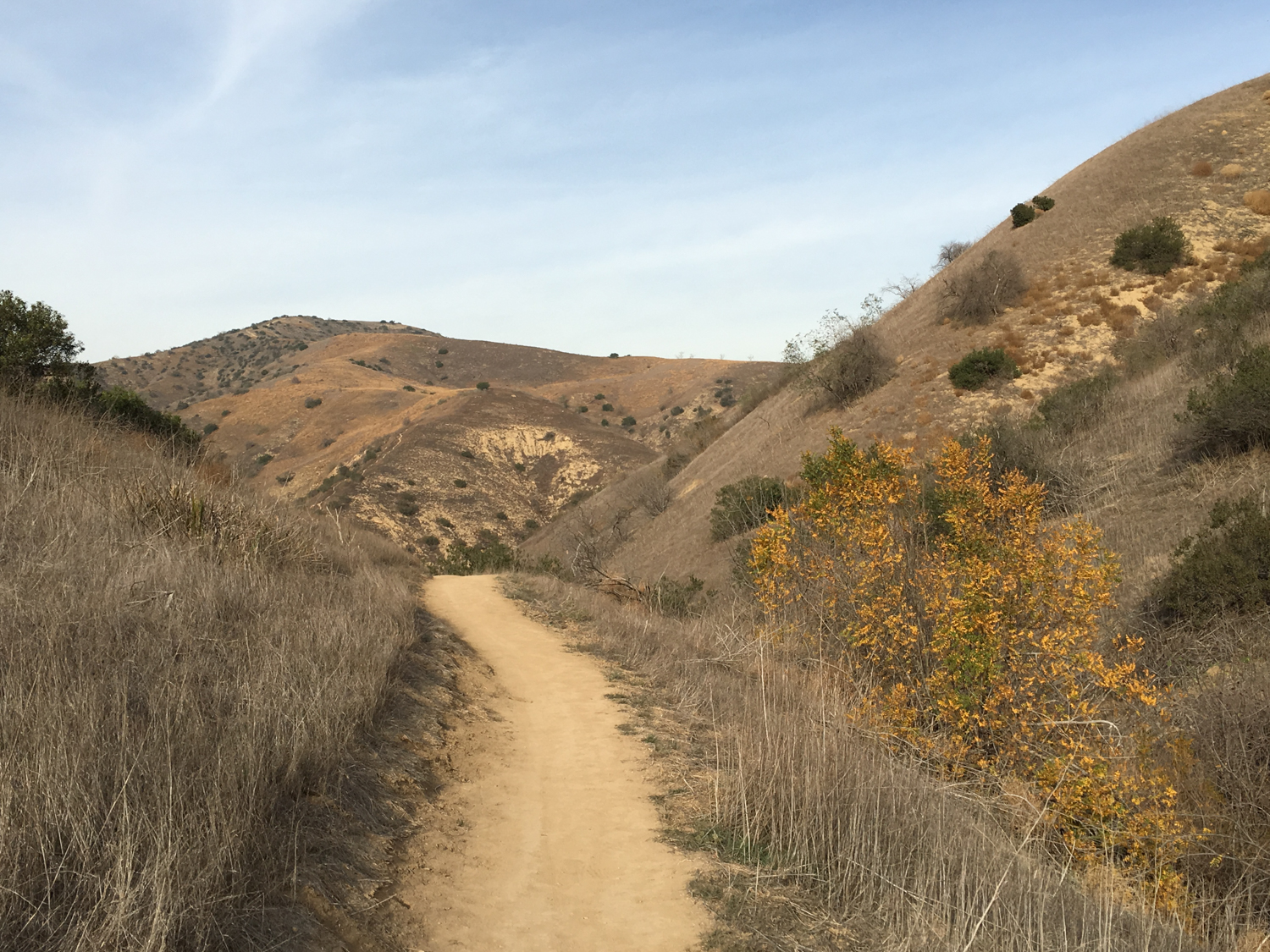 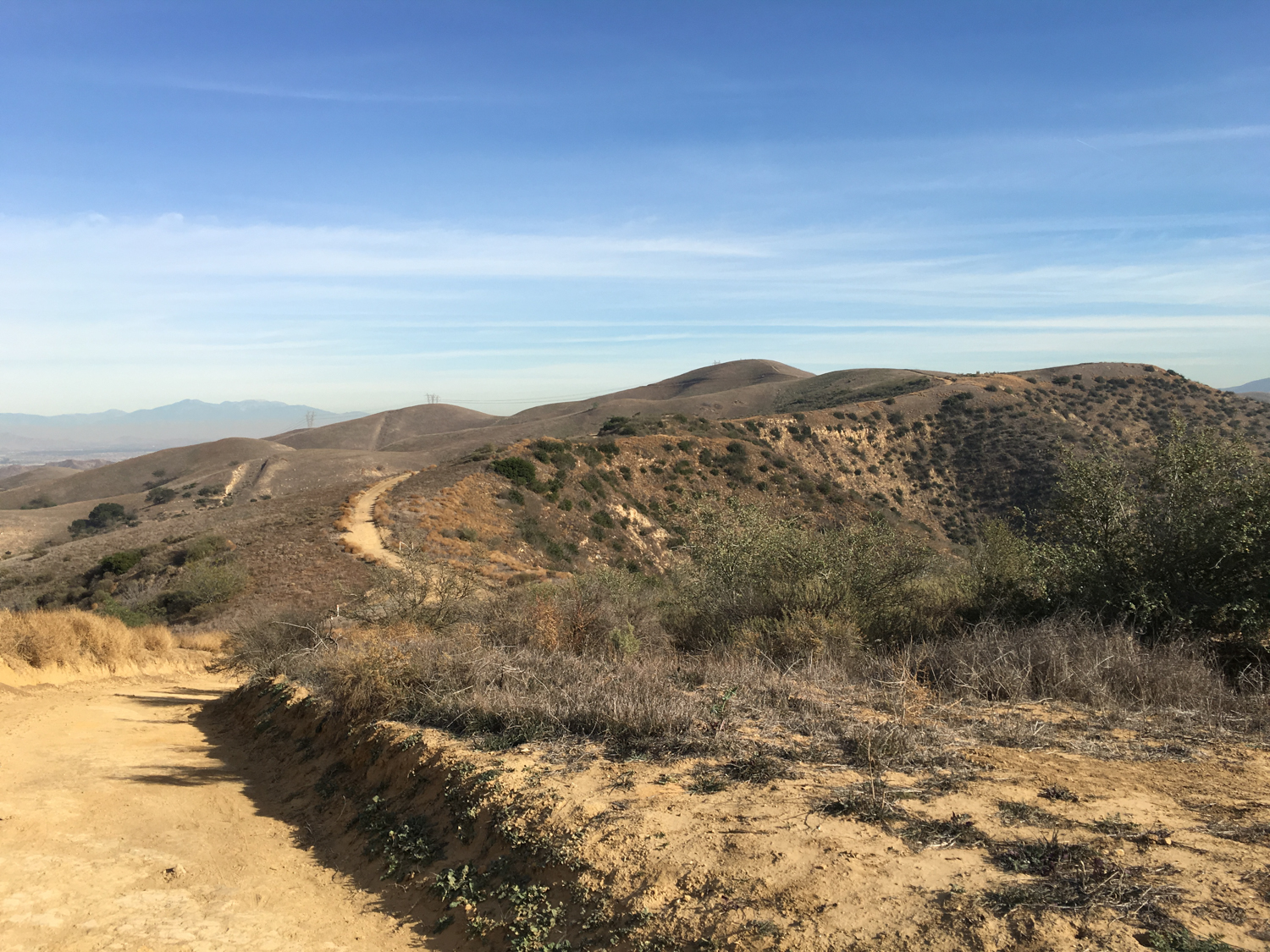 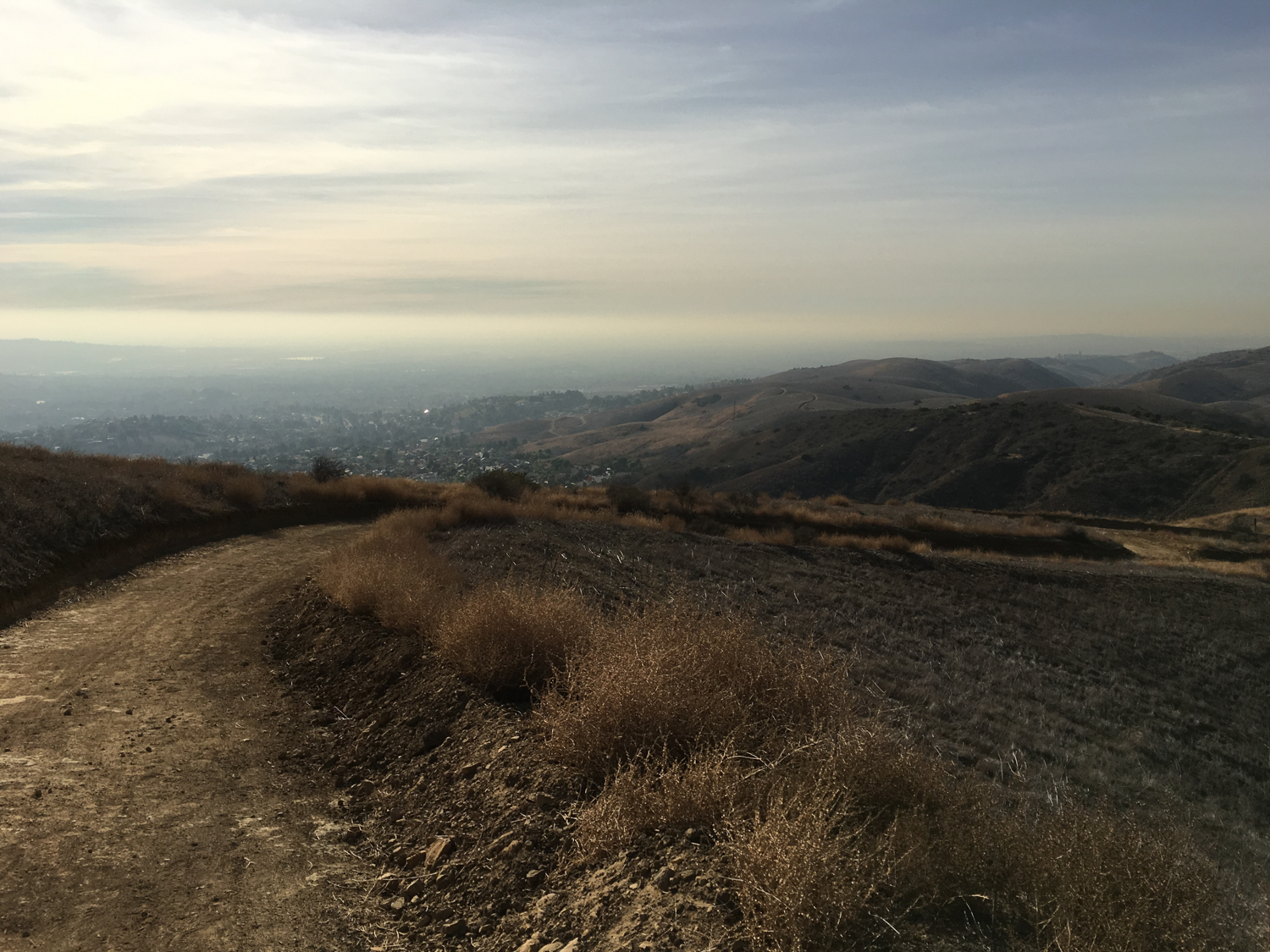 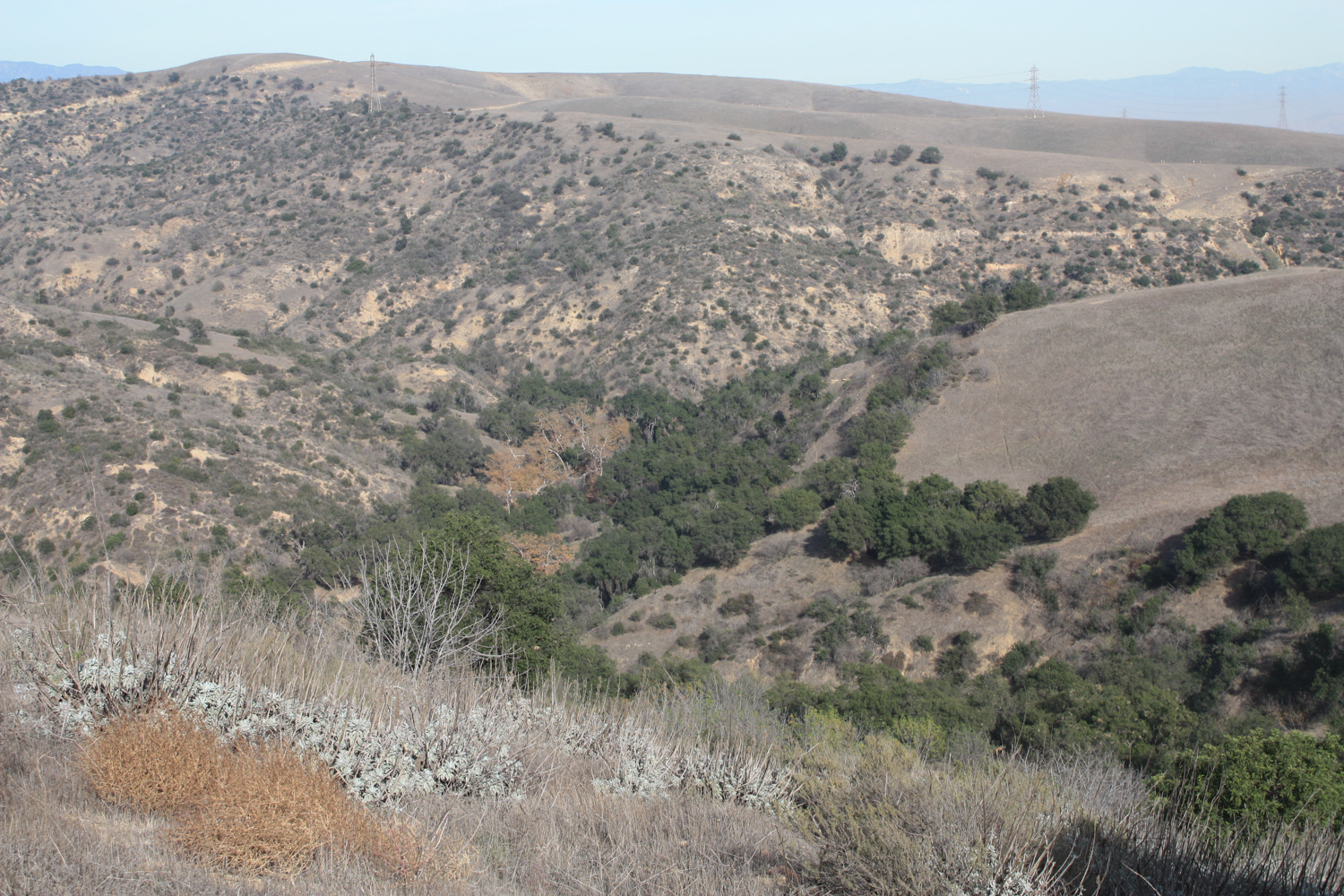 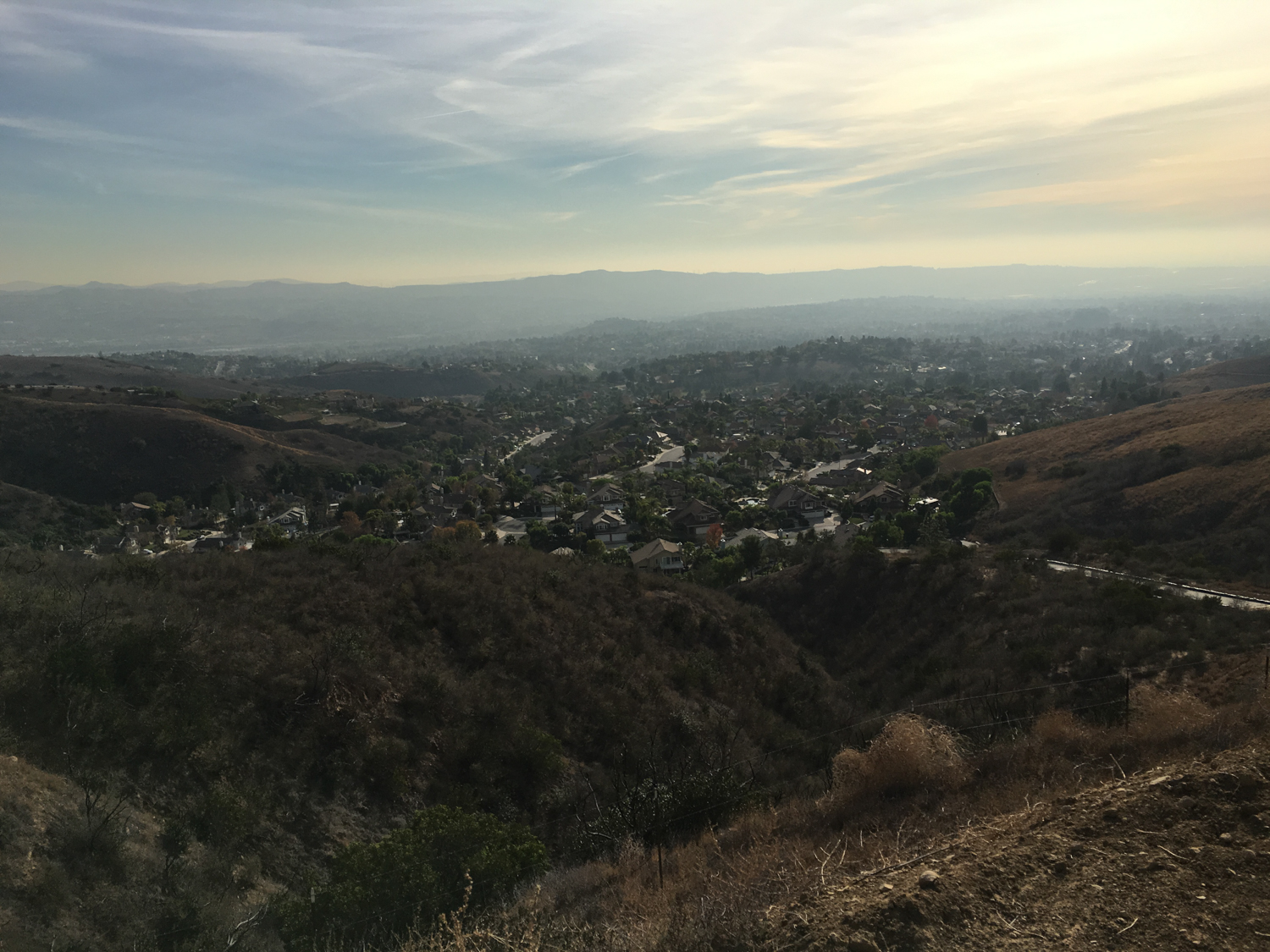 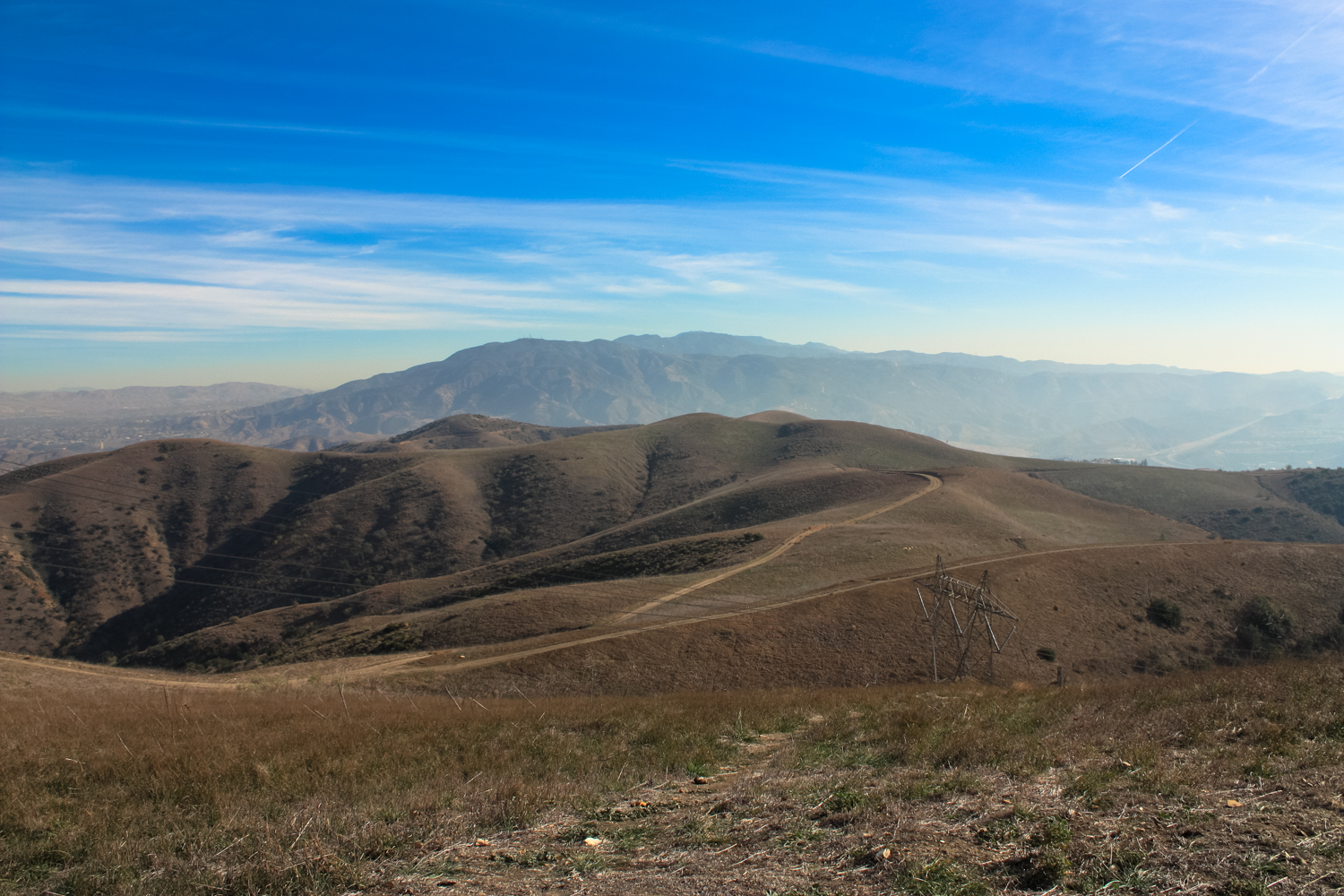 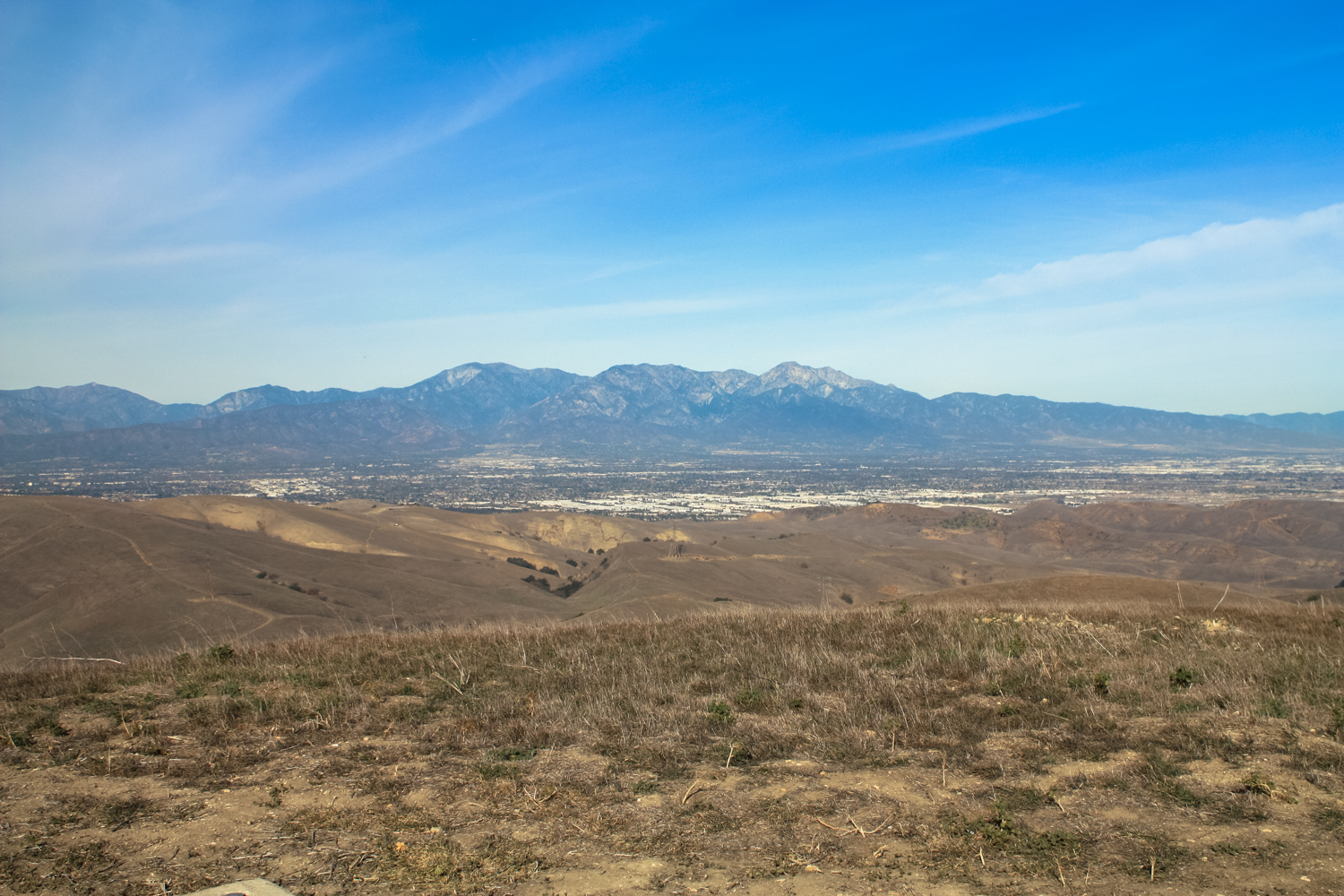 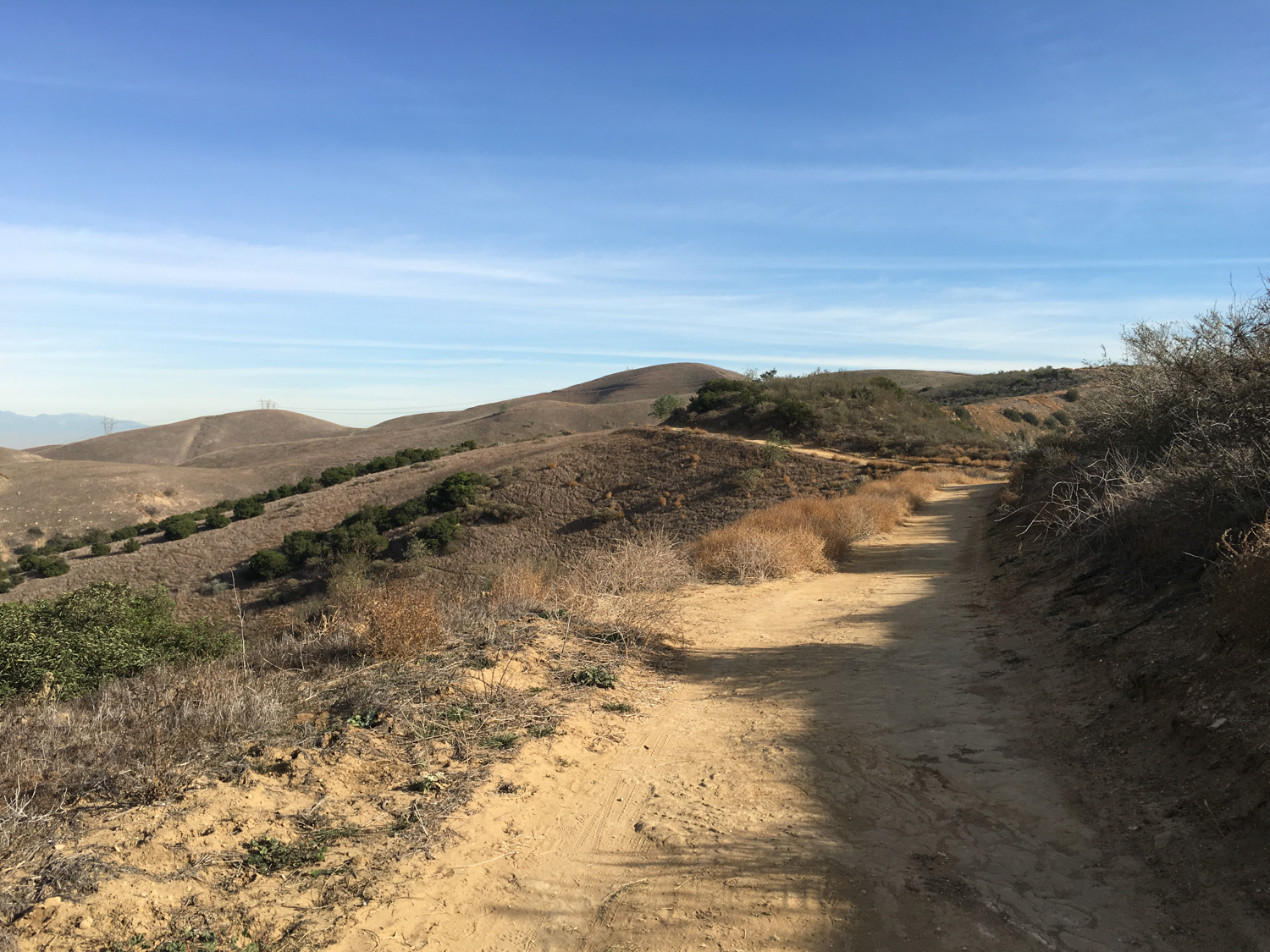 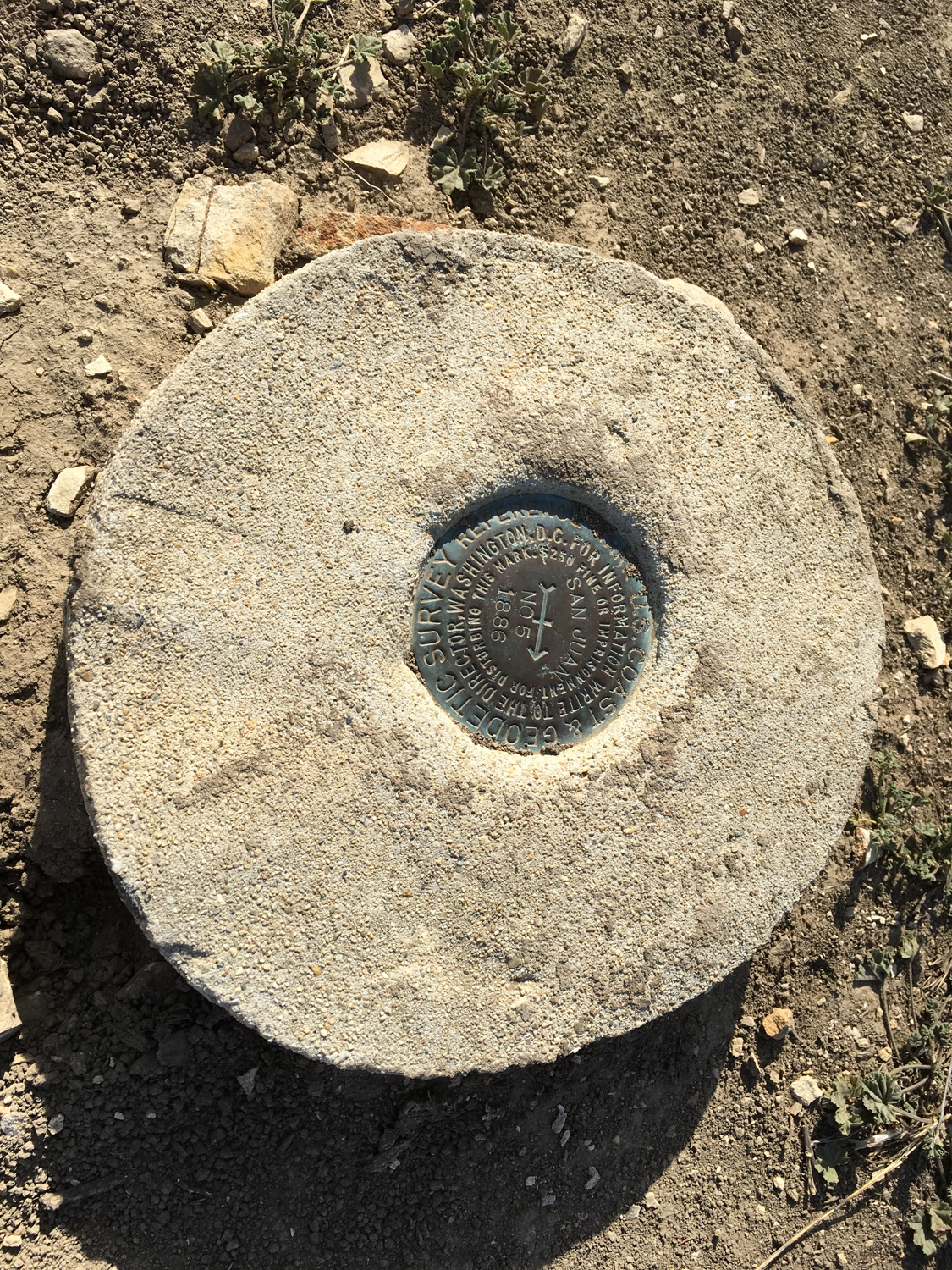 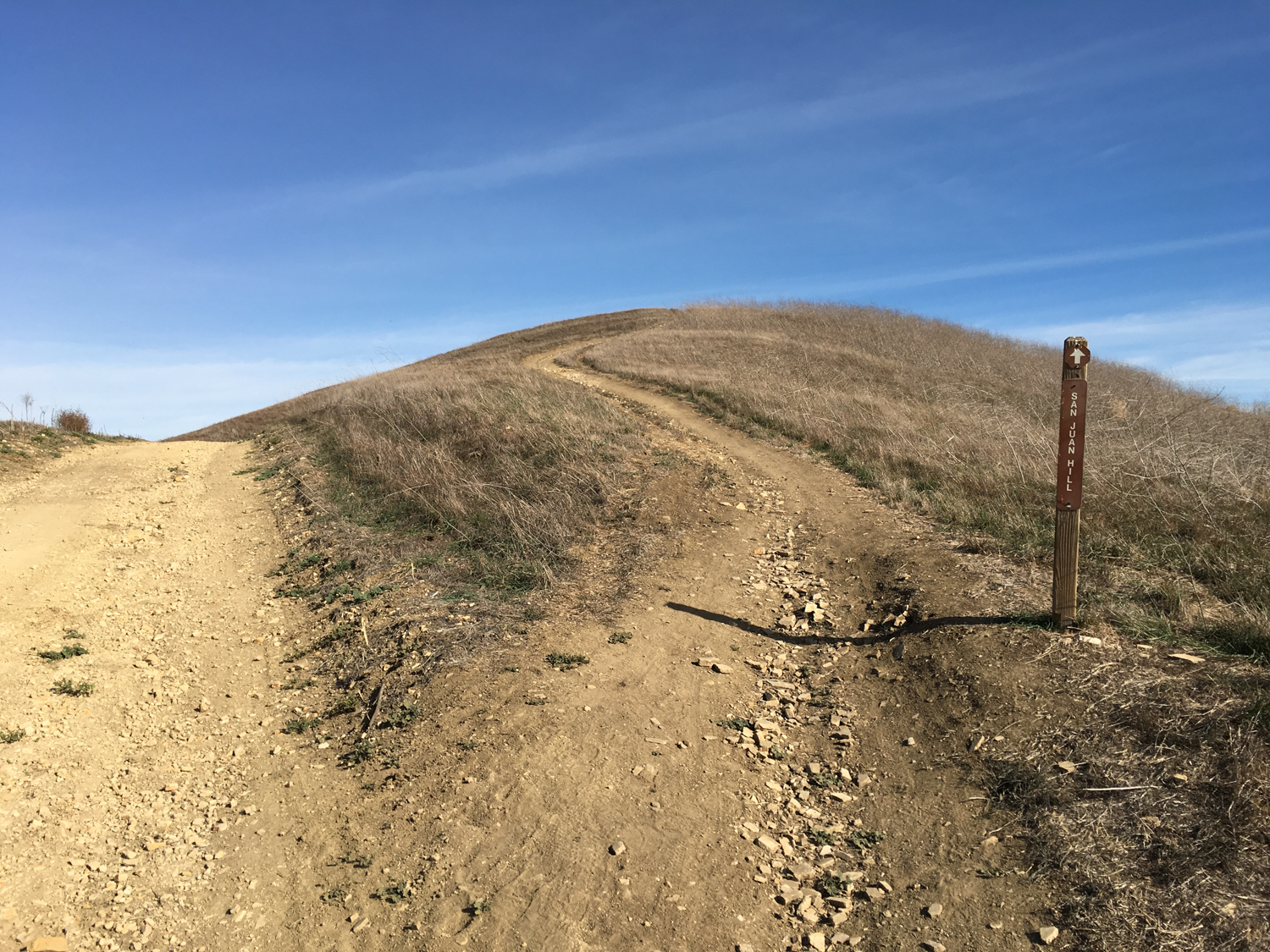 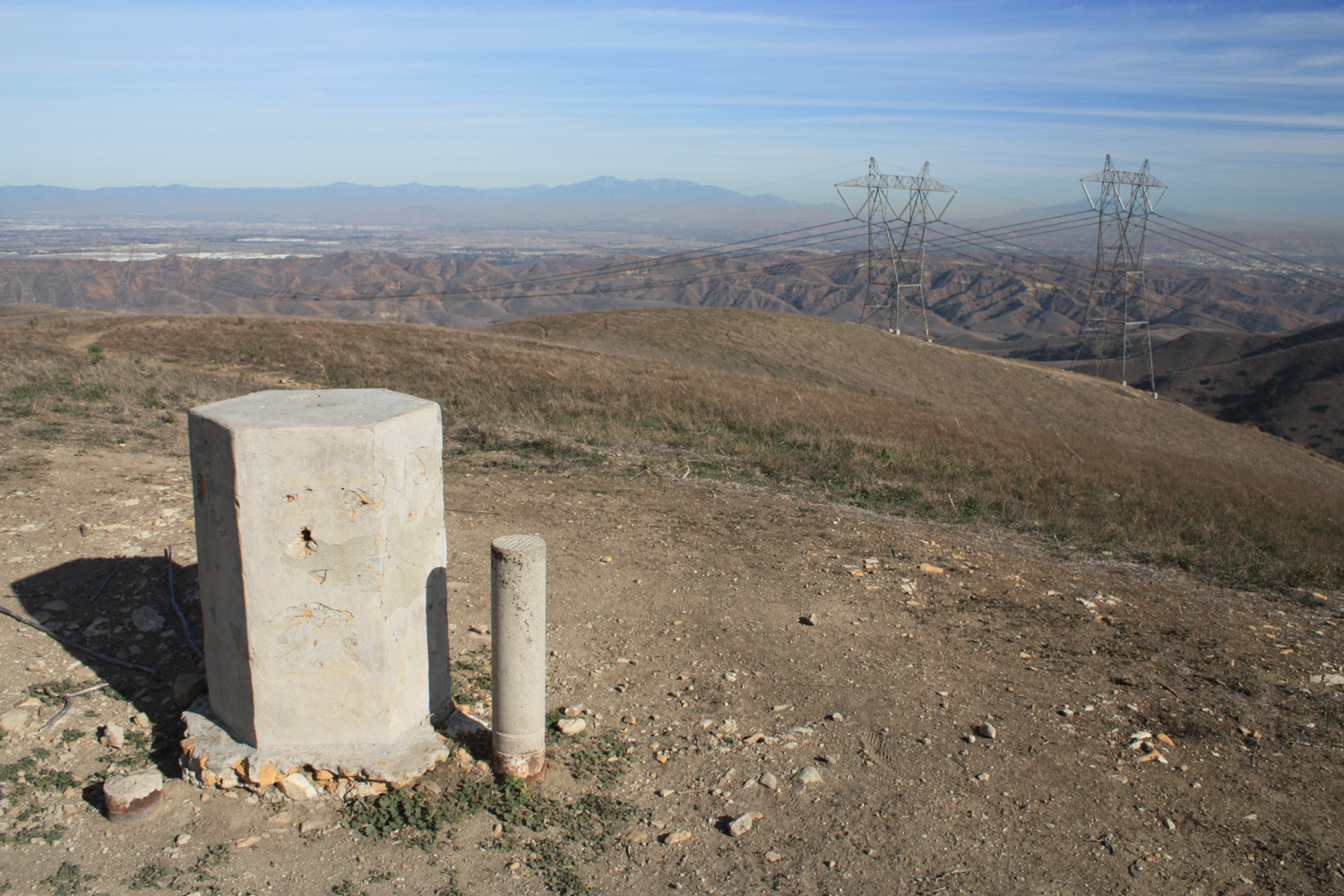 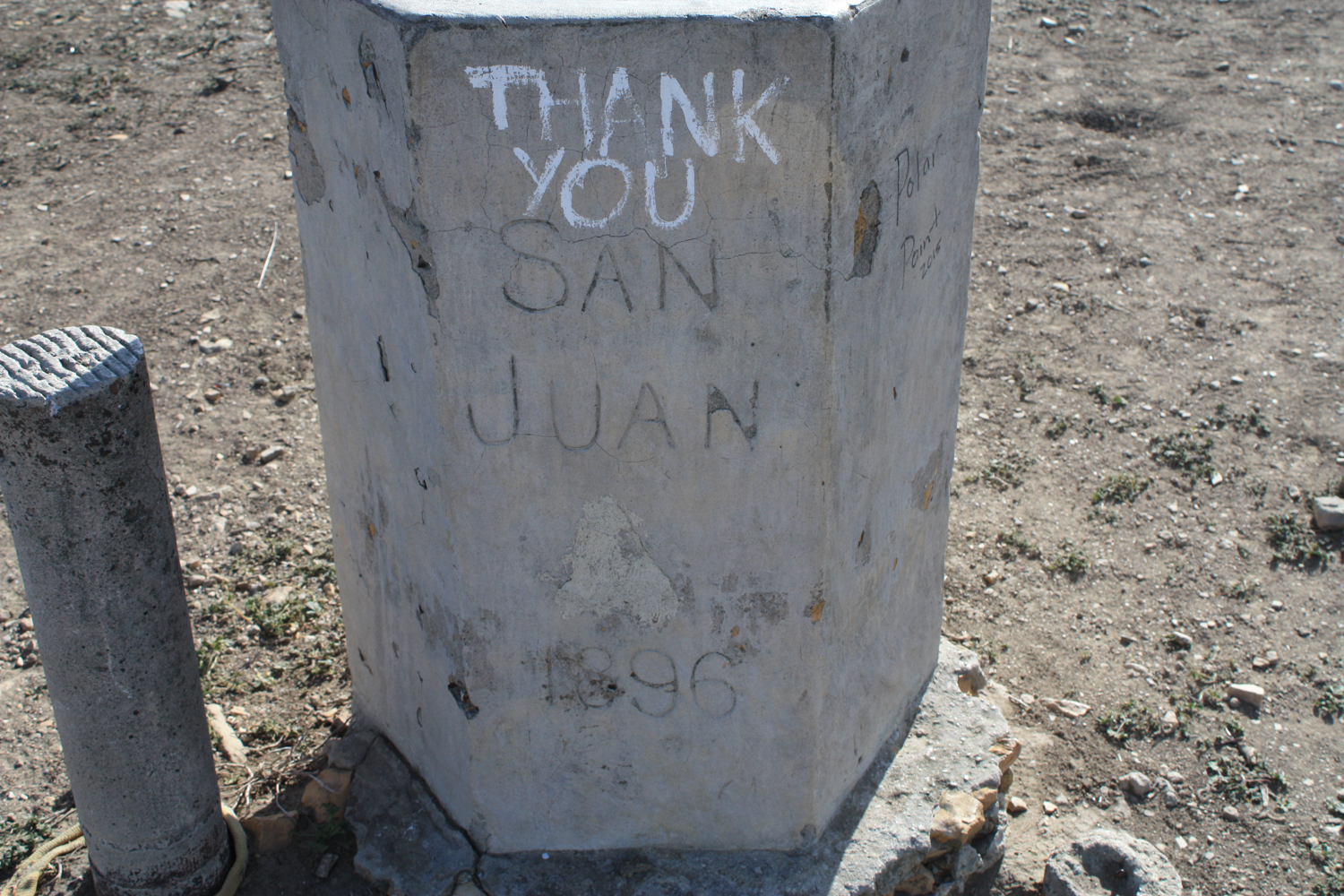 This route is on established, multi-use trail and fire road. Some junctions are not signed, however, so definitely bring a map and be familiar with the area.

From CA-57 in Brea, take exit 9 for CA-90 and head east. In 3.3 miles, turn left onto Bastanchury Road. In 2.7 miles, take another left onto Fairmont Blvd. and in 0.8 mile, turn left again onto Rimcrest Drive. Park near the end of the road and make sure to pay attention to neighborhood parking regulations. Be mindful of the residential neighborhood, too. Note that the park opens at 8AM and closes at 5PM October-March and 7PM April-September. Park may be closed on Red Flag days or after storms.