Let’s face it — there aren’t too many places in the United States where you can walk among the ruins of temples built for kings, but Pu’ukohola Heiau National Historic Site is just such a place. This small and modest unit of the National Park System sits just off one of the main roads on the Island of Hawaii, which despite being a main road is still pretty sleepy by most standards. The hiking here is pleasant and easy, but this is most definitely a draw for history buffs and those visitors interested or even unaware of the history of the Hawaiian Islands and its people — because the stuff that went down here could easily find a home in Game of Thrones, and in many ways it laid the foundations for the modern Kingdom of Hawaii. 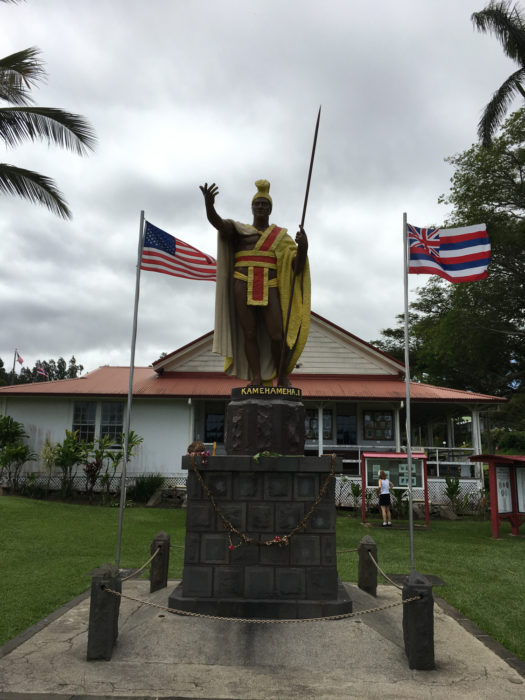 Statue of Kamehameha I in Kapaau

Kamehameha I was the first person to unify all of the Hawaiian Islands under single rule — but as you might have guessed, it wasn’t an easy or painless process. Kamehameha was born in nearby Kohala around 1736, to the daughter of a Kona chief. His birth was supposedly around the appearance of Halley’s Comet, which was seen as a sign of greatness and led to the young boy being hidden away from other royal members for many years in the region near Kapaau. By the 1780s, most of the Islands were warring with each other or amongst themselves, and when the ali’i nui (high chief) of Hawaii Kalani’opu’u died, he split the lands between his nephew Kamehameha and his son Kiwala’o.

Kiwala’o gave gifts of land to his uncle Keawemauhili but his half-brother Keoua Ku’ahu‘ula got nothing, and when Kiwala’o died in battle this led to a massive four-way civil war on Hawaii.

A priest from Kuwaii prophesied that if Kamehameha built a large stone heiau (temple) at Pu’ukohola dedicated to his family’s war god Kuka’ilimoku, he would not only reign over Hawaii but eventually would rule all of the Hawaiian Islands. And so, from 1790 to 1791, Kamehameha ordered the construction of this massive temple of Pu’ukohola Heiau, the ruins of which are visible from the parking lot of the historic site. 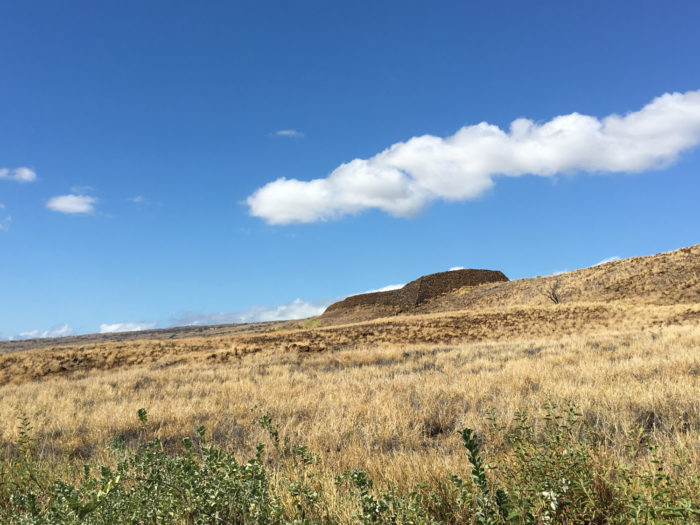 According to oral histories, thousands of laborers formed a human chain some 25 miles long to carry the stones to this site from the Pololu Valley. The temple was built without mortar or any other bonding materials and still stands today.

Inside the visitor center, you can get a sense of the rich history that took place here around the same time as the American Revolution was heating up several thousand miles to the east. There’s a huge collection of great art from native Hawaiians, and the rangers here are more than happy to bring this story back to life for visitors. Talks and tours seem pretty informal here, but if you have a group you can call ahead to reserve a program, too. 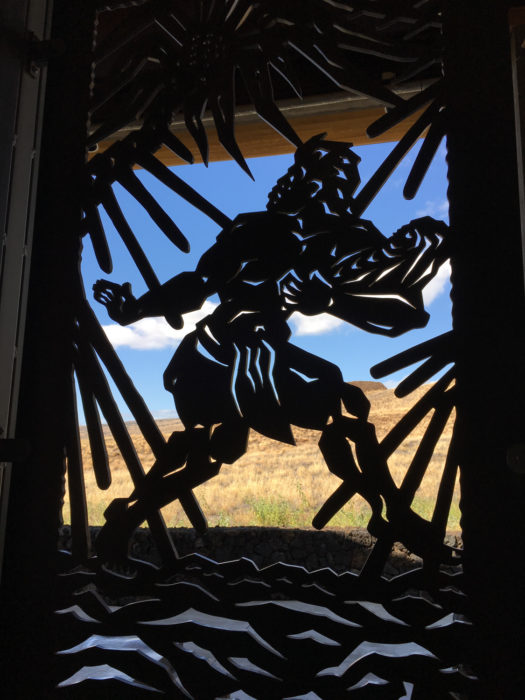 Pass through the visitor center (which has drinking fountains and restrooms if you need them) to walk the short hiking trail to the remaining walls of Pu’ukohola Heiau. You’ll definitely want to stay on the trail here, as the Kiawe tree (a relative of mesquite introduced from South America) can drop branches and twigs with some pretty massive thorns on them.

The easy path heads down to the coastline near Samuel M. Spencer Beach Park and then heads north. A nearby harbor is visible, as are the temple and several ruins of rock walls that used to defend the complex. 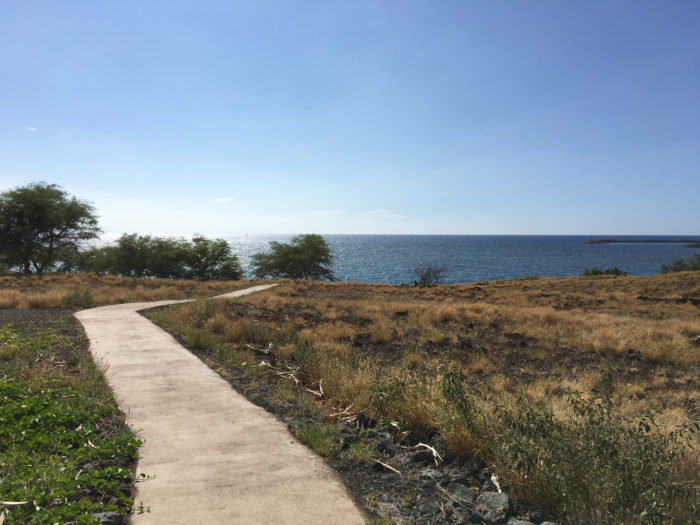 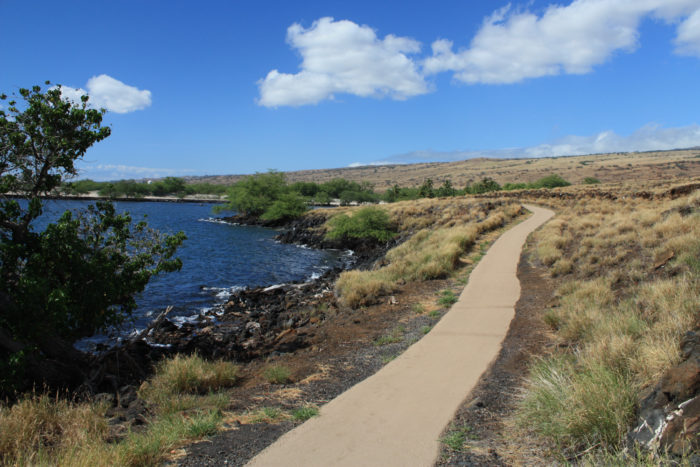 At about the 0.3 mile mark, the trail heads into a lush cove, where the royal residence of Pelekane once stood. 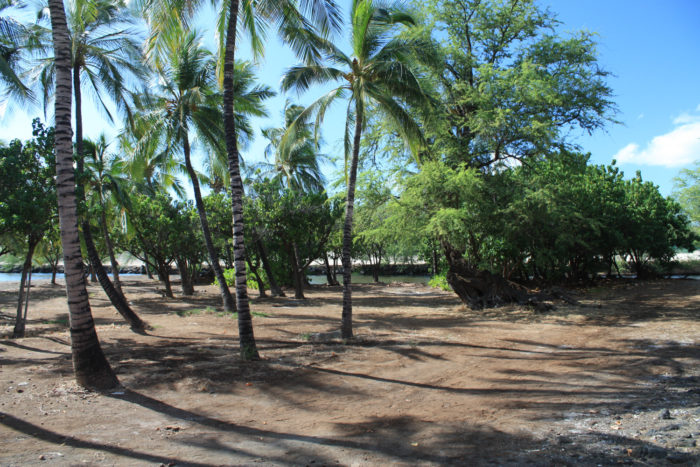 In 1791, after many battles, Kamehameha’s cousin and ruler of most of the eastern Island of Hawaii, Keoua, sailed into this harbor for the dedication of the Pu’ukohola Heiau and — theoretically — for a peace accord to end the conflict. According to oral histories, upon seeing the temple, Keoua sensed his time was up and that he was actually here to be offered as a human sacrifice. To deny Kamehameha a pure sacrifice for his big day, Keoua castrated himself on the canoes as they rowed in to ensure his cousin wouldn’t get the full mana from his ritual.

Think about that the next time you have to go to a family gathering with relatives you don’t get along with.

Because he fulfilled the prophecy (and, let’s face it, because he was also the first Hawaiian chief to trade with Westerners for firearms, cannons, and ships and also had two Western advisors), Kamehameha assumed complete control of the Island of Hawaii by 1792. Maui, Lana’i, Moloka’i, and O’ahu fell to Kamehameha’s forces by the end of 1795, and the ruler of Kaua’i pledged loyalty in 1810, allowing Kamehameha to form the Kingdom of Hawaii. 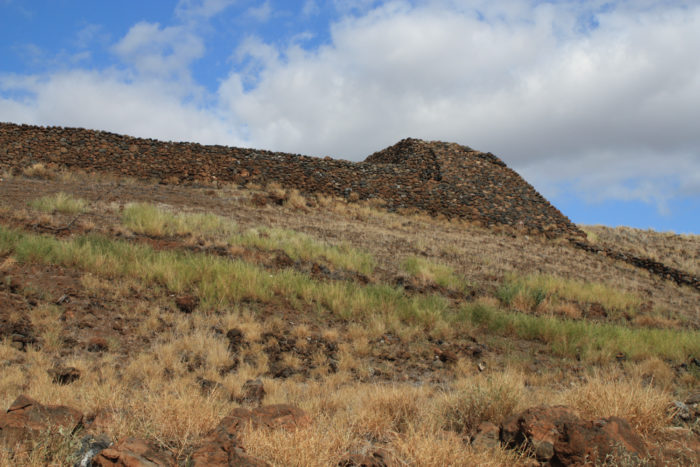 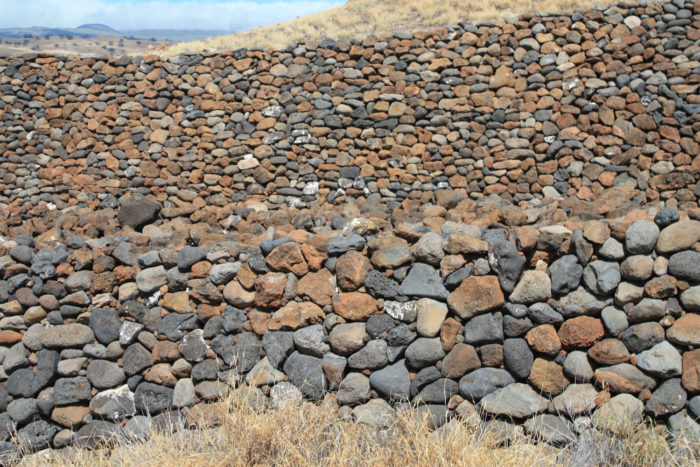 Past the site of the village, the trail comes right up next to the walls of the temple itself. Because the temple is still considered a sacred site by Hawaiians, it is only open to them for ritual and religious reasons. You can, however, get to see some of the exquisite stonework on the outer walls.

For more history, be sure to stop in the visitor center on your way out to chat with the rangers, or read these articles on Kamehameha and his rise to power on the Historic Site’s website. 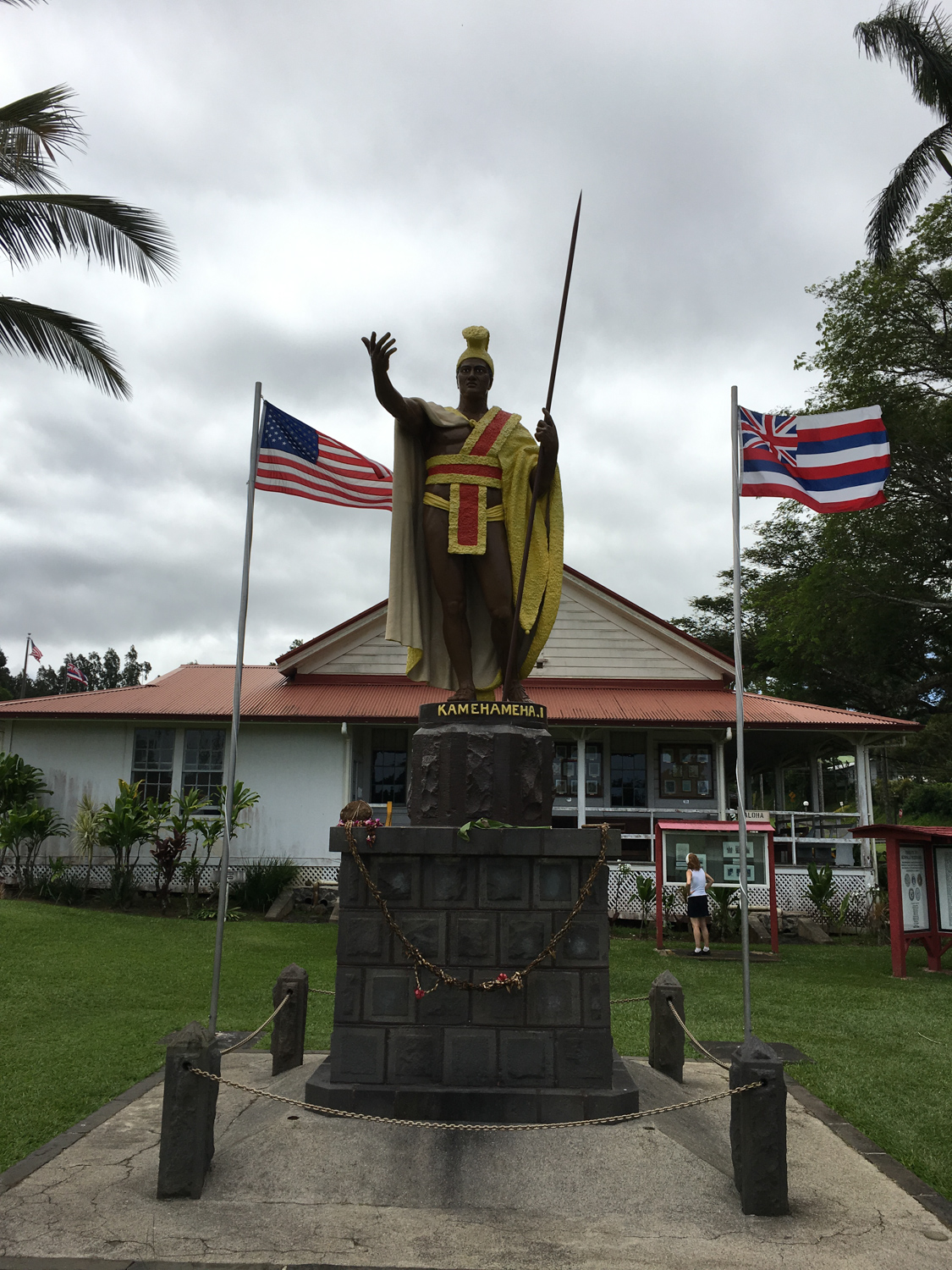 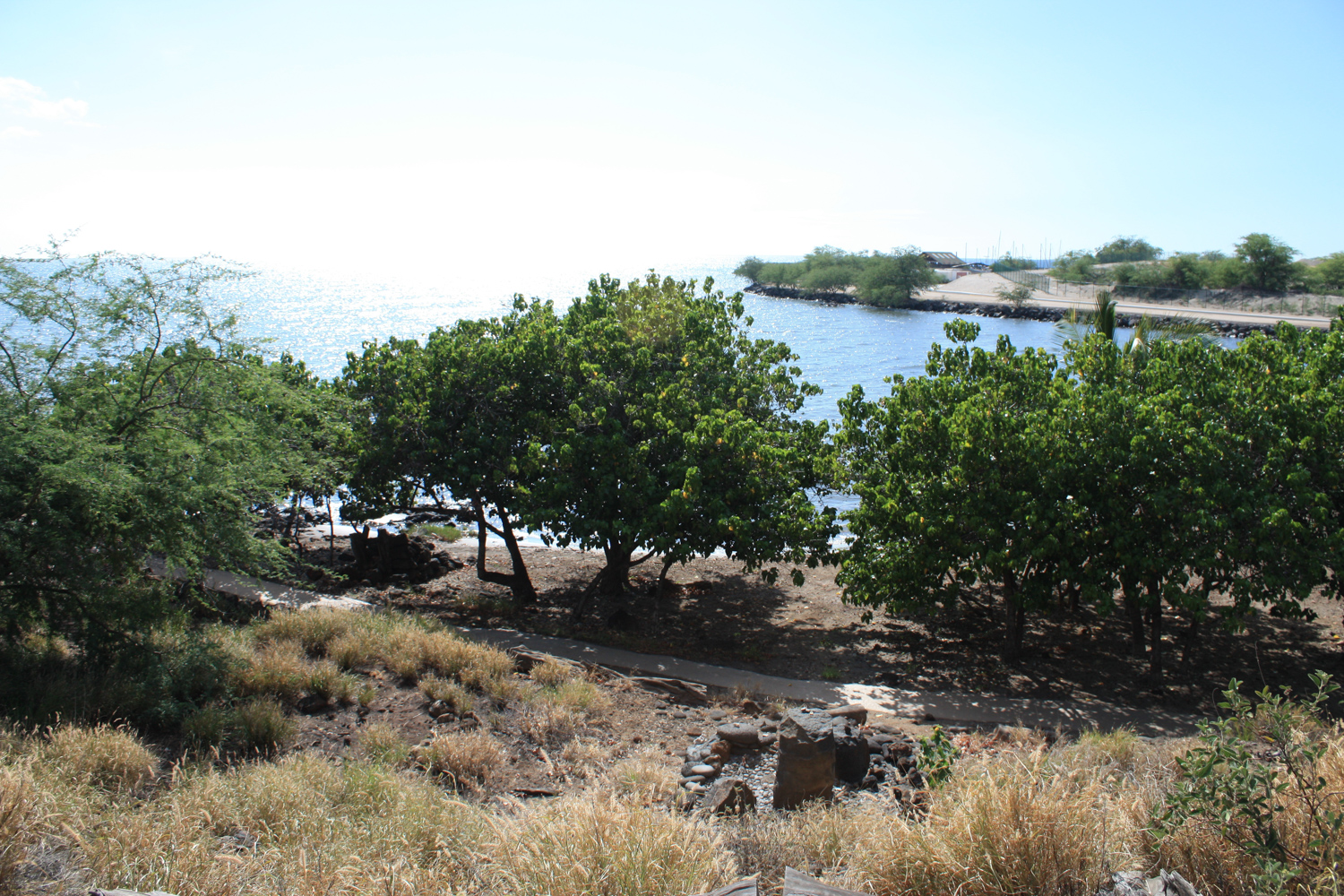 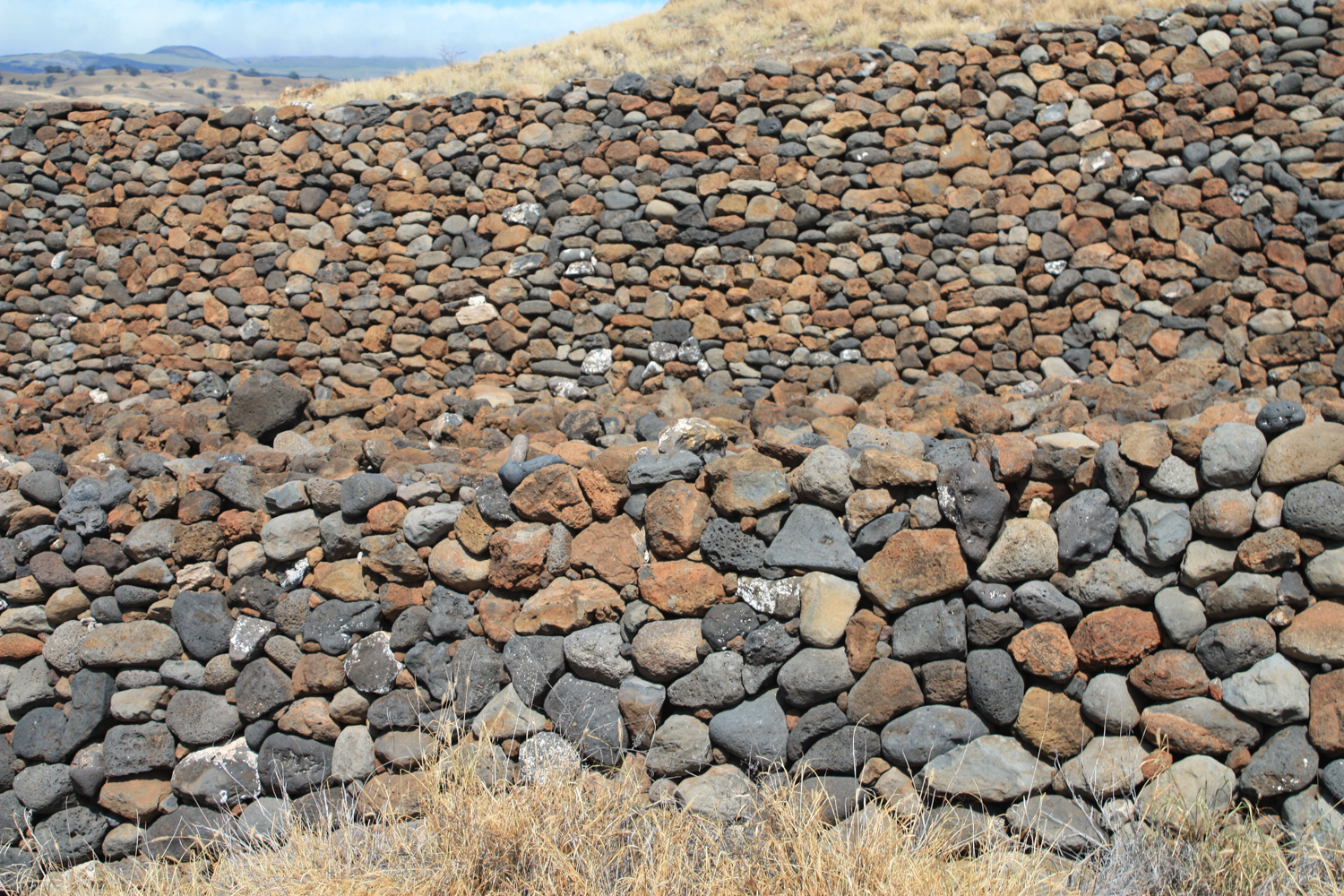 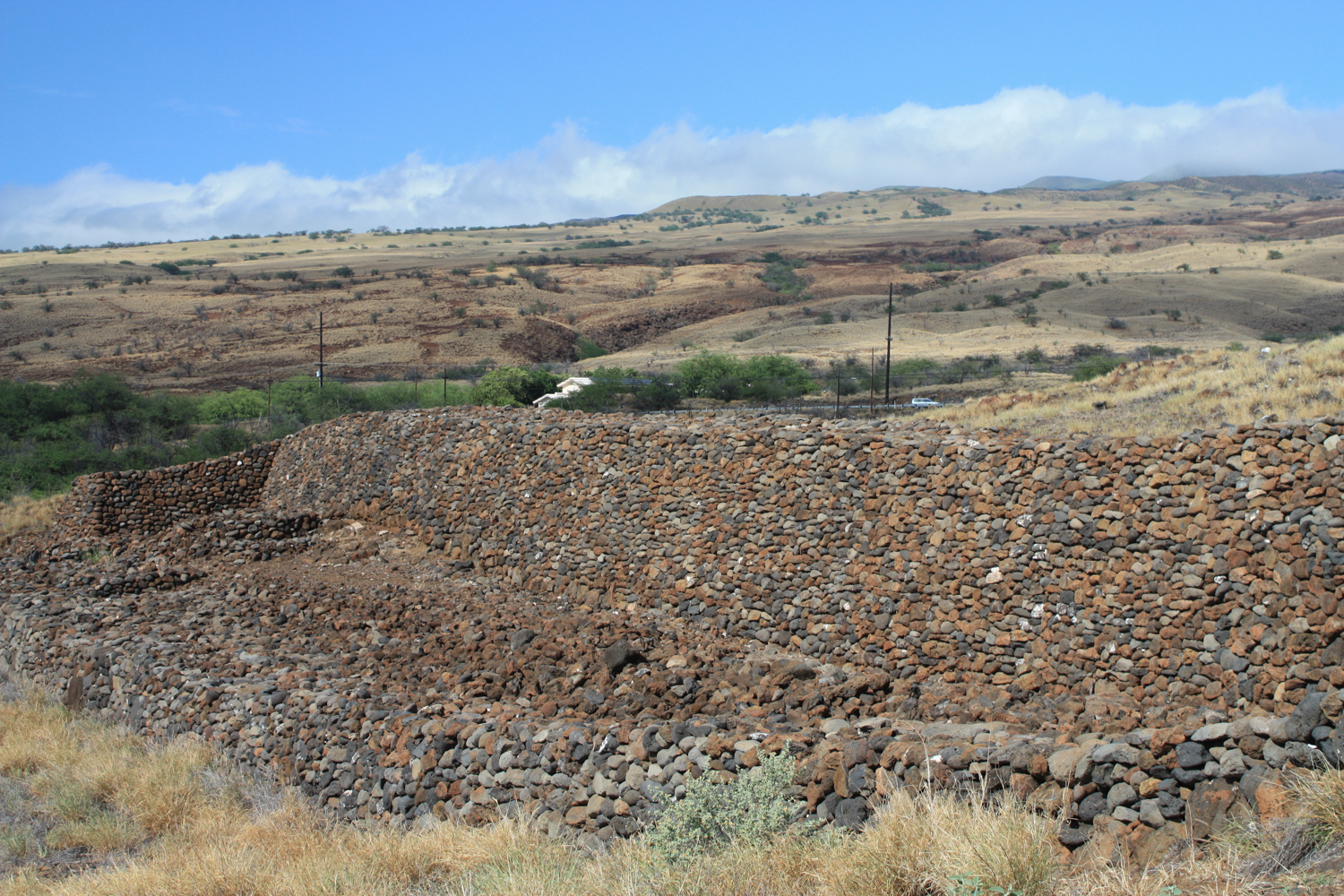 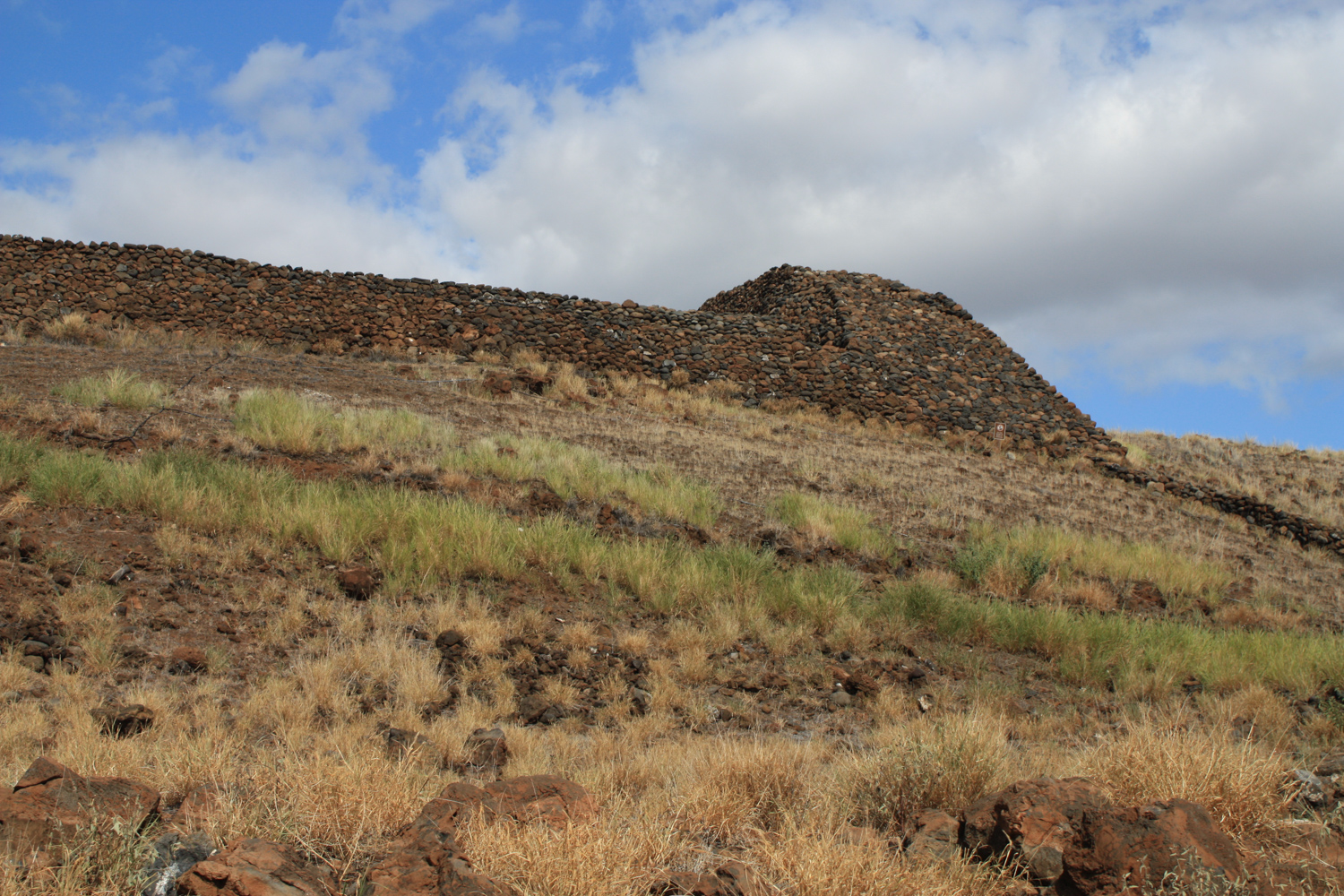 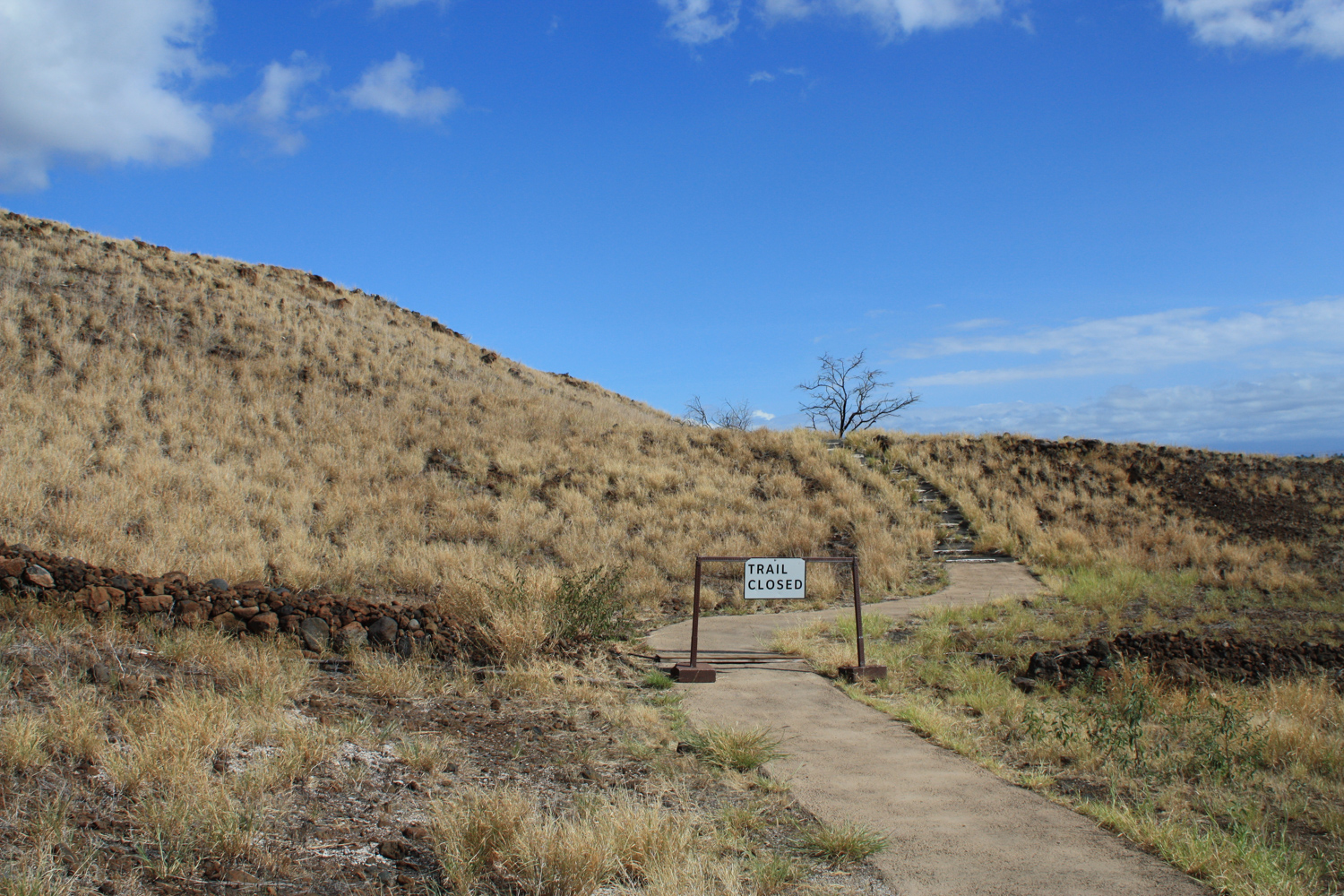 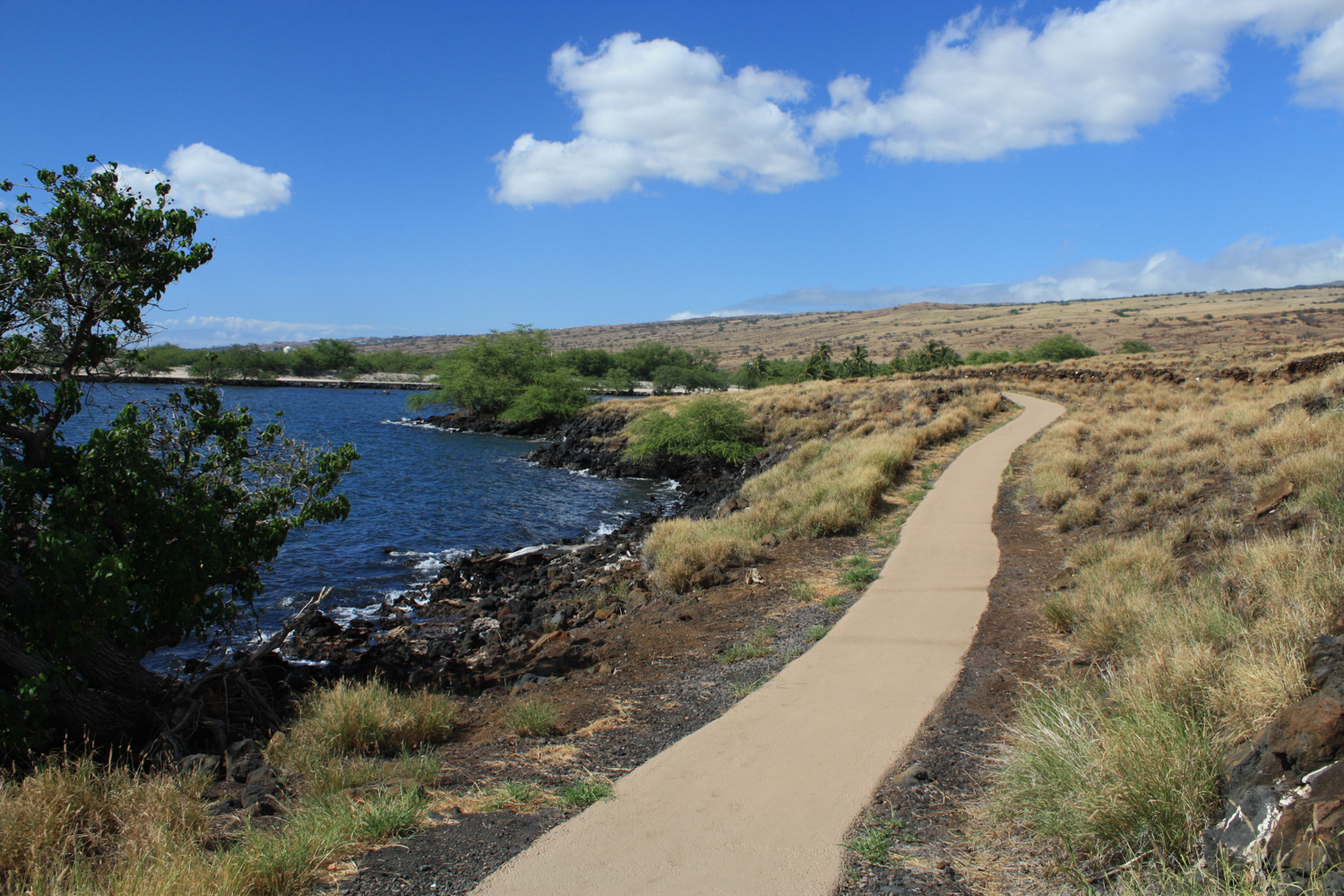 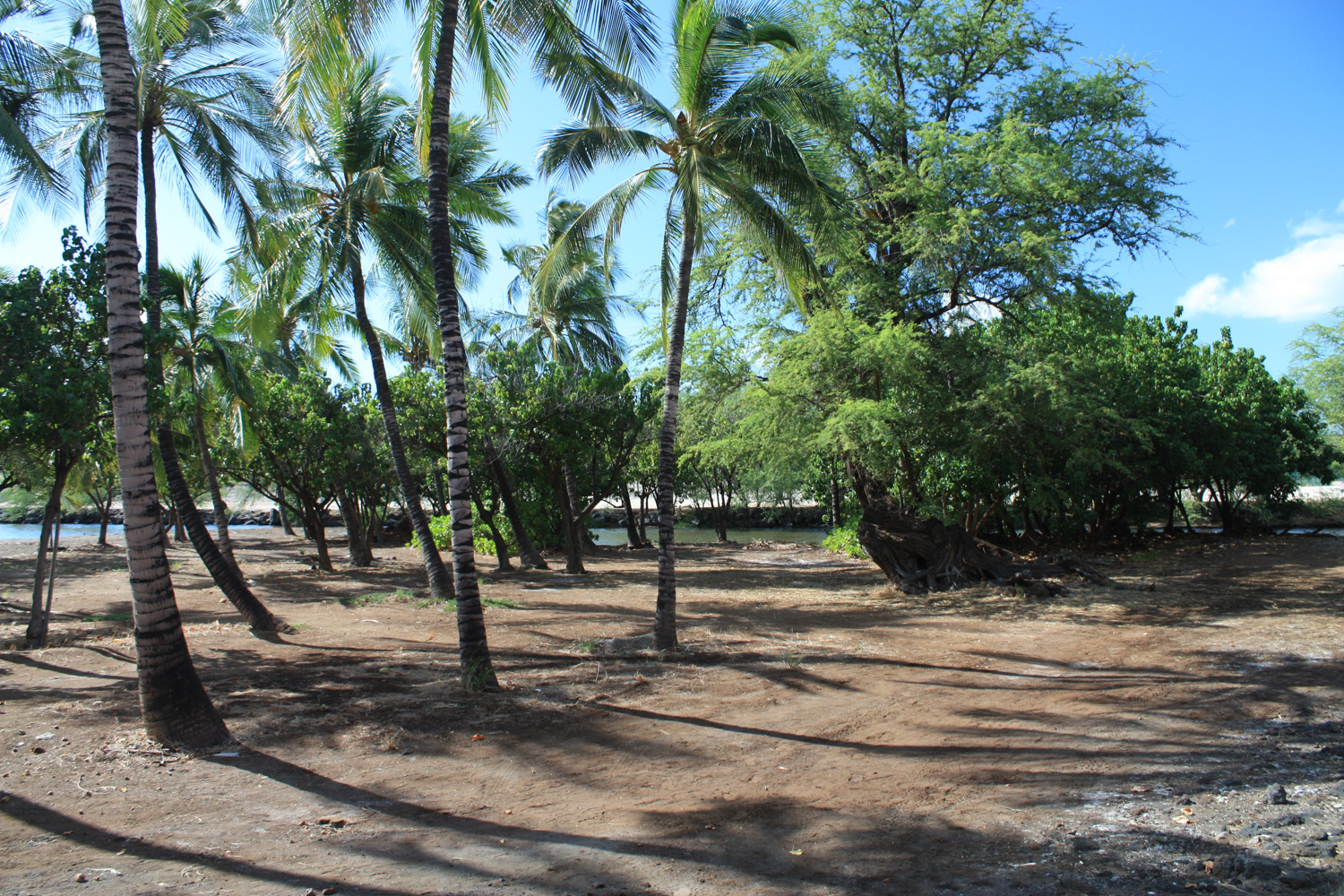 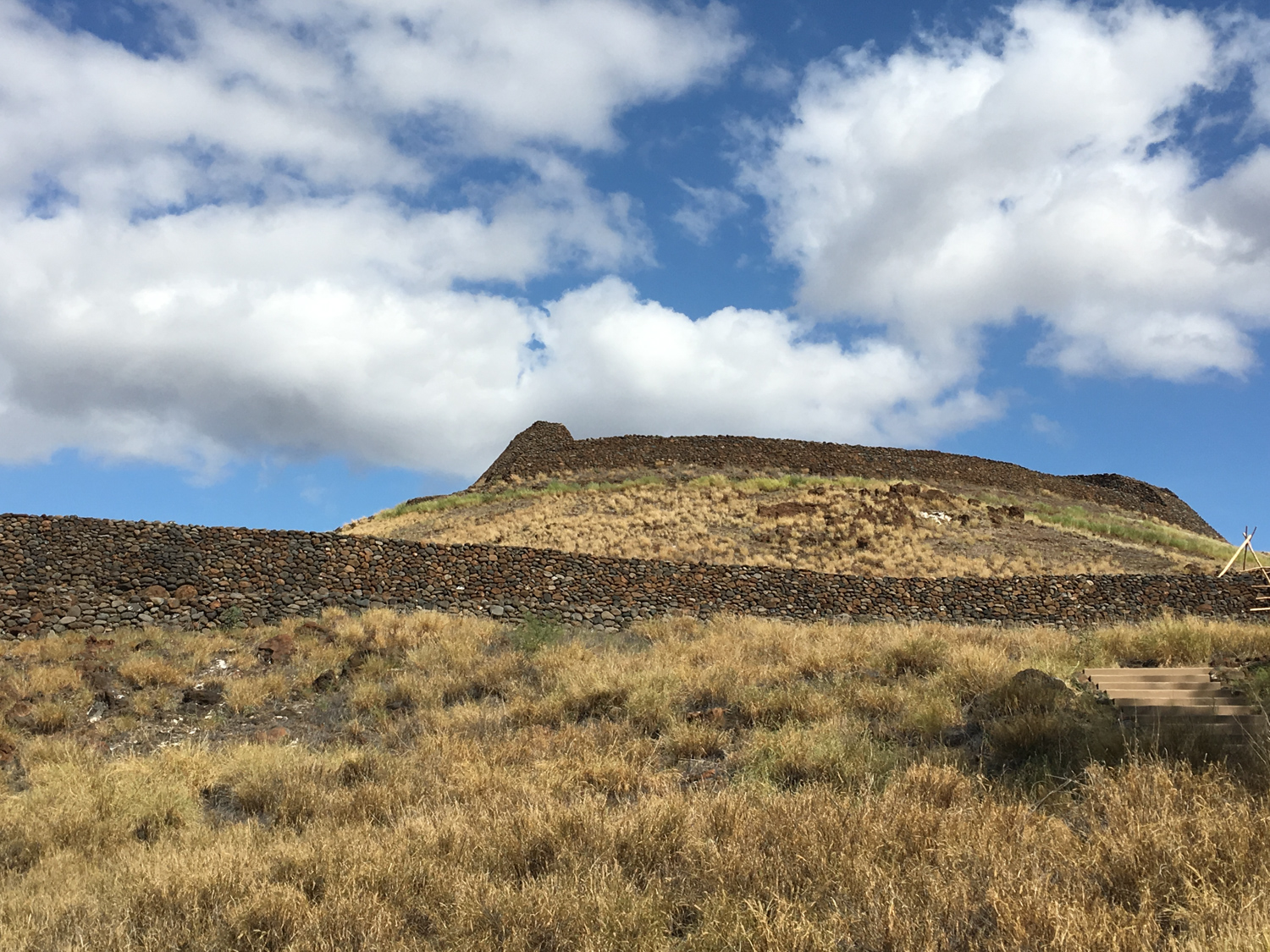 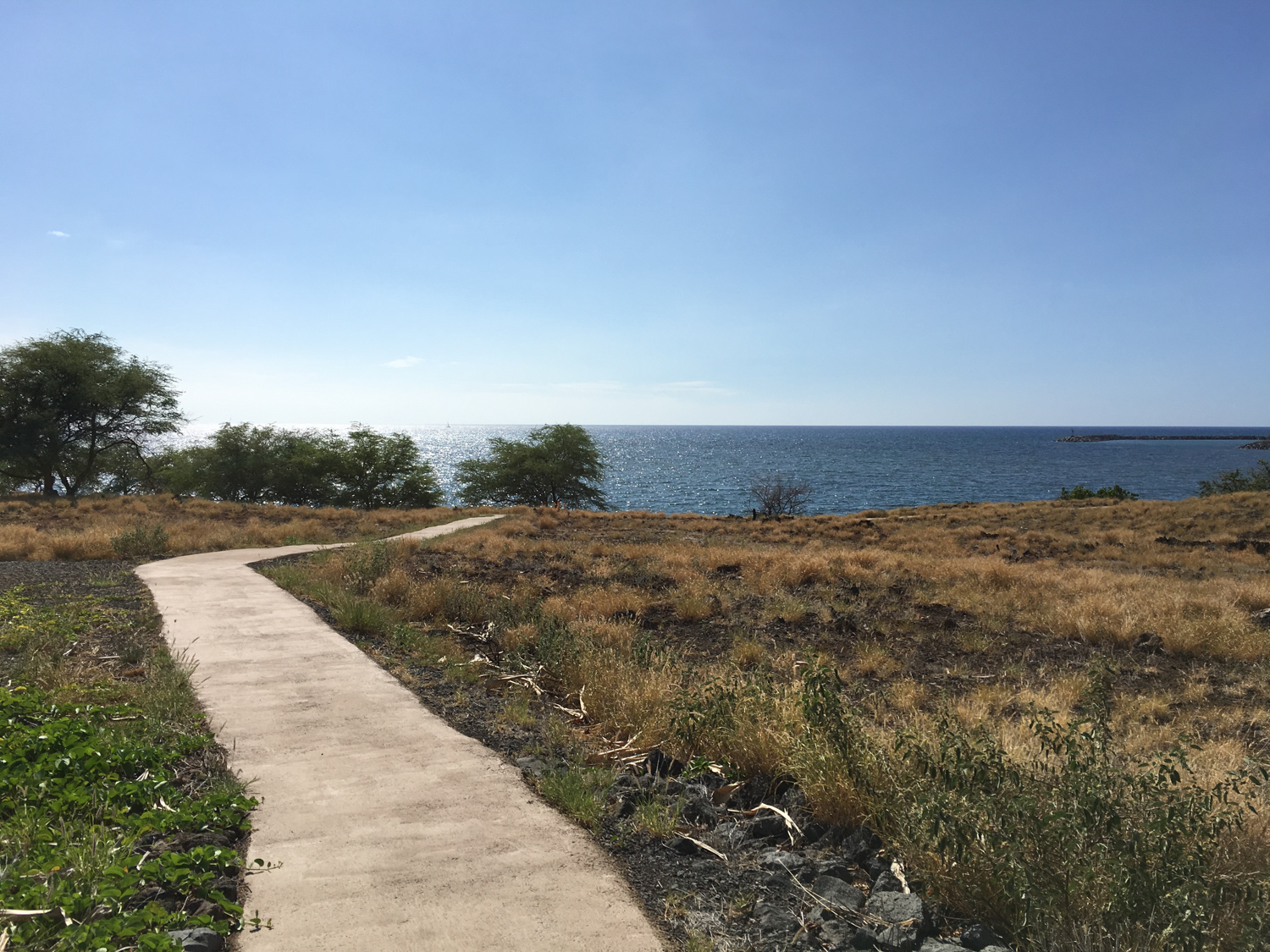 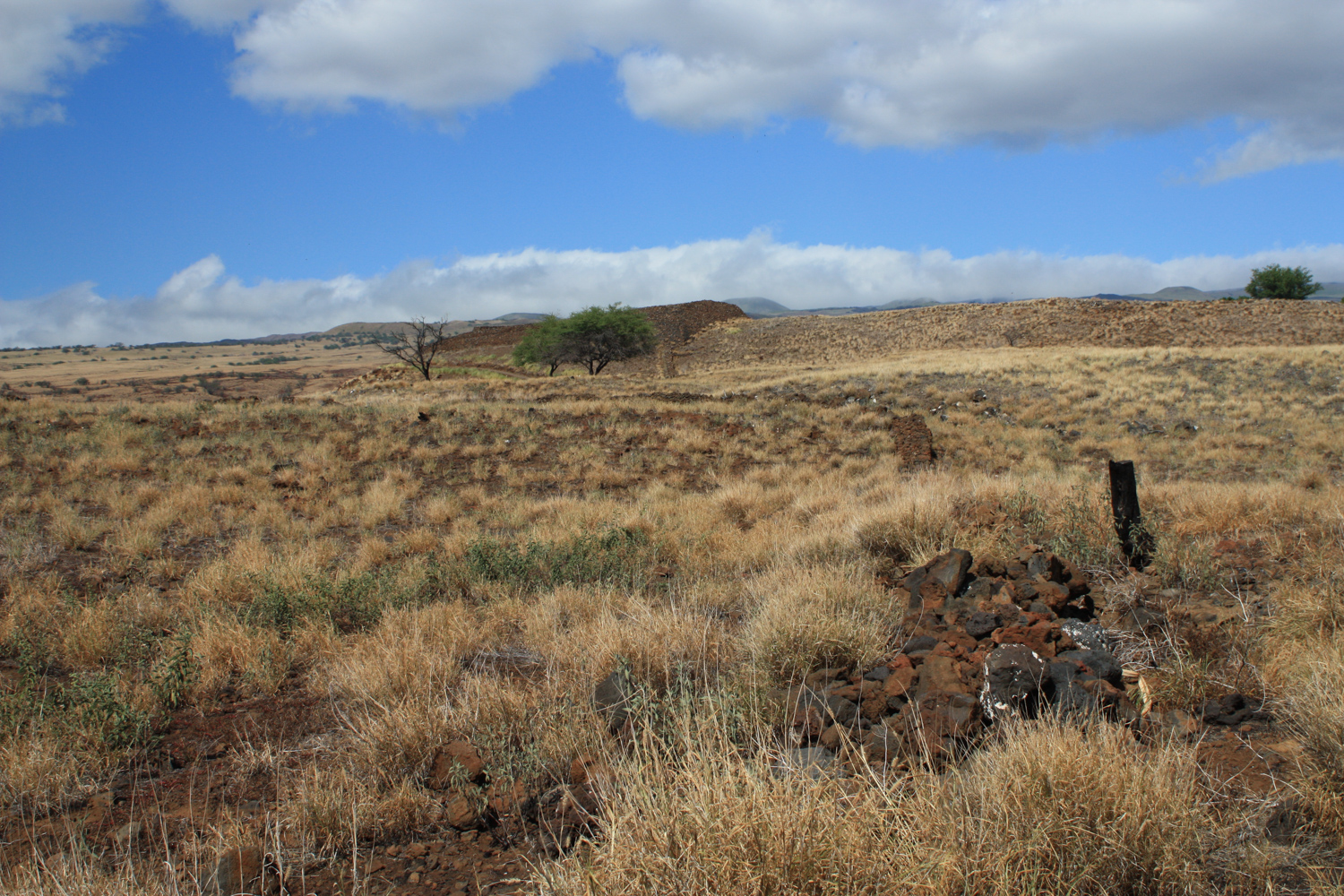 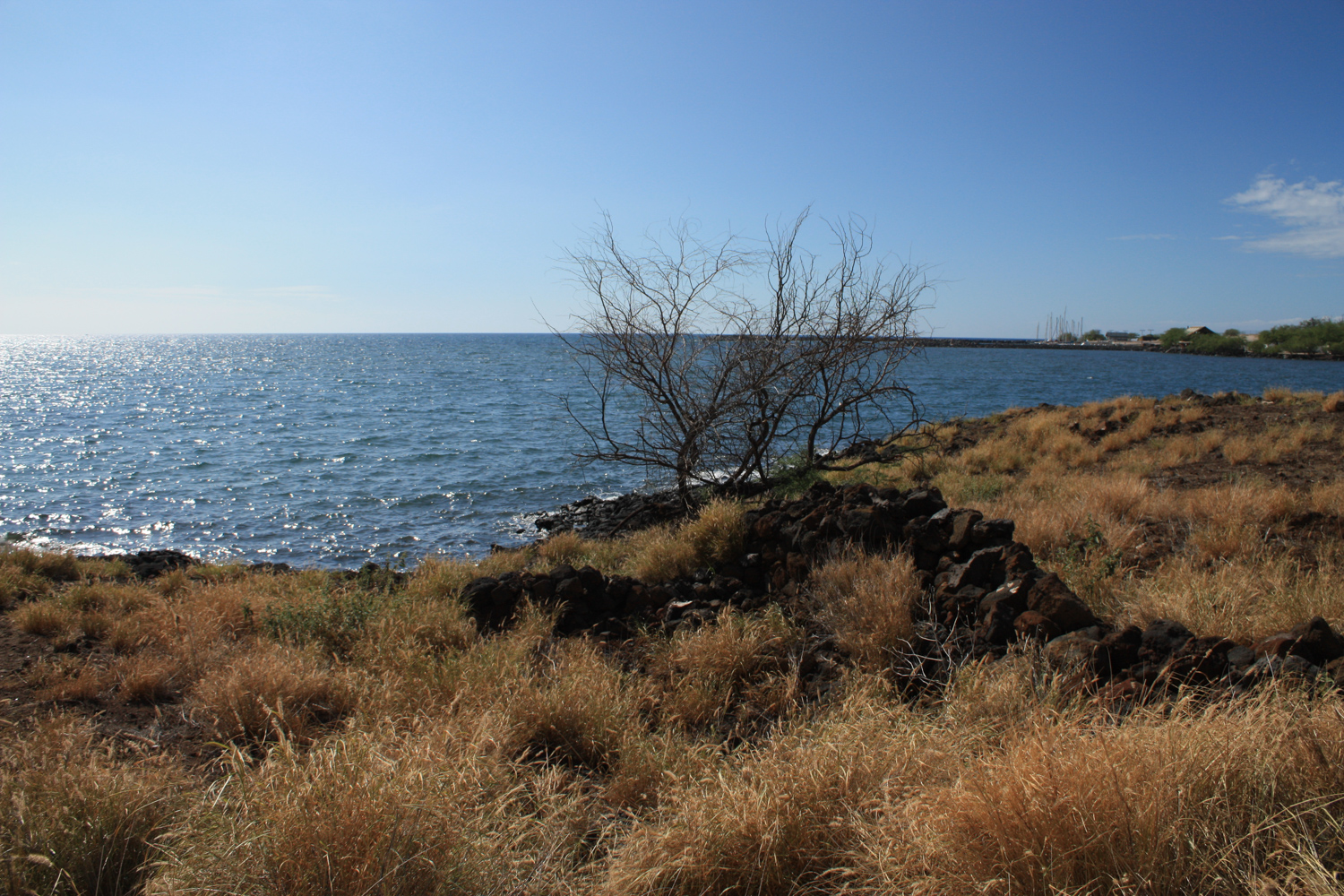 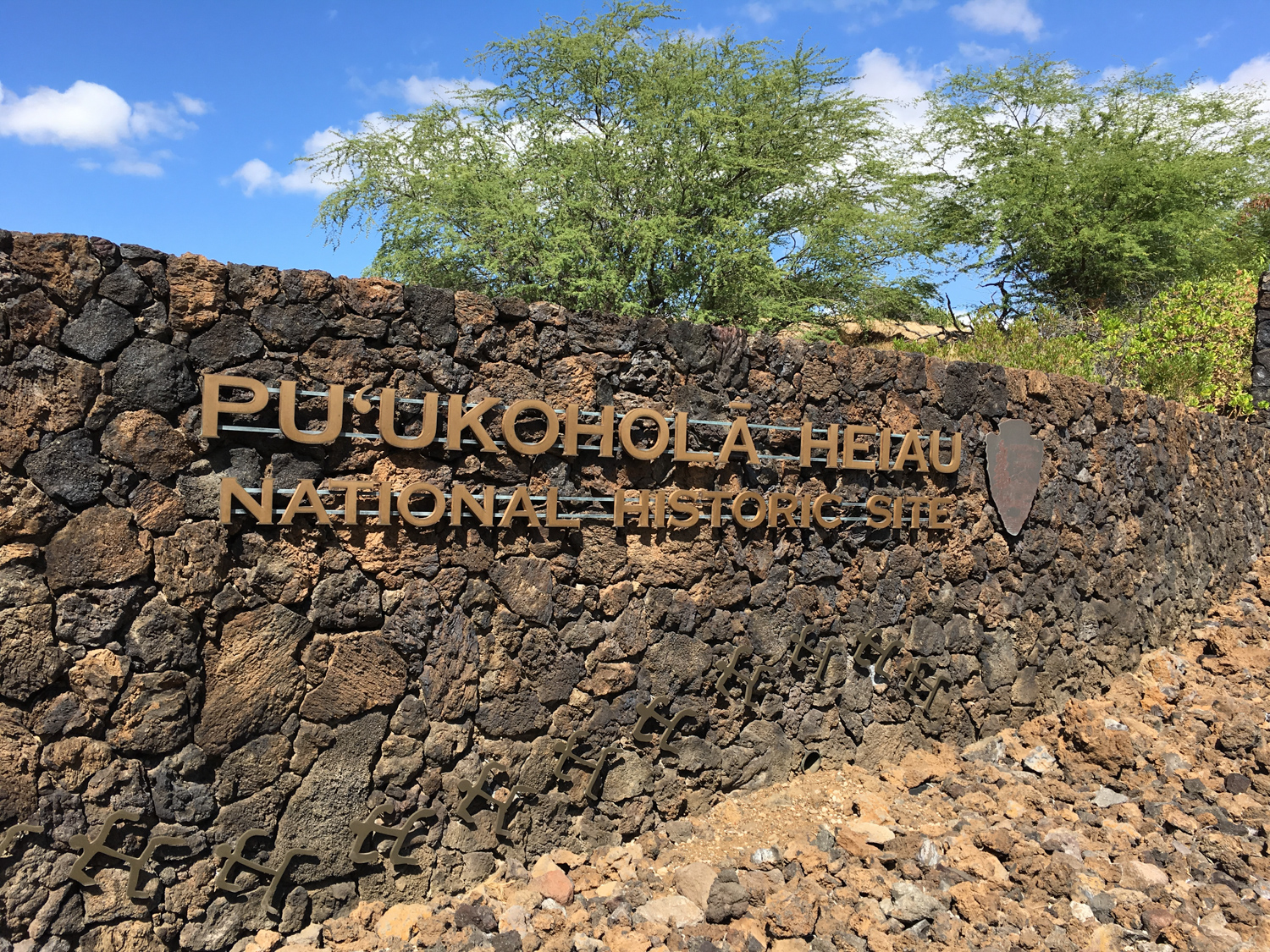 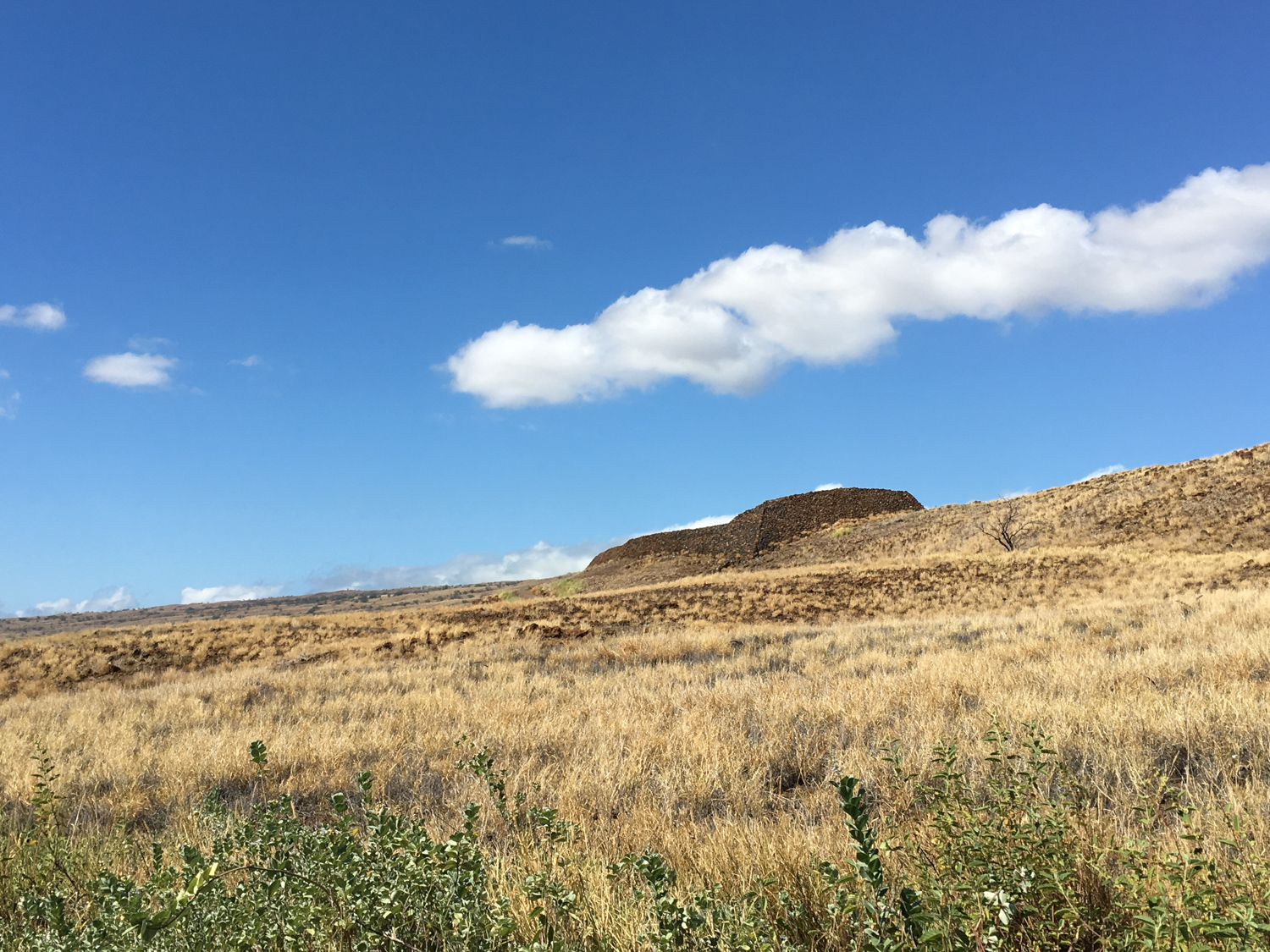 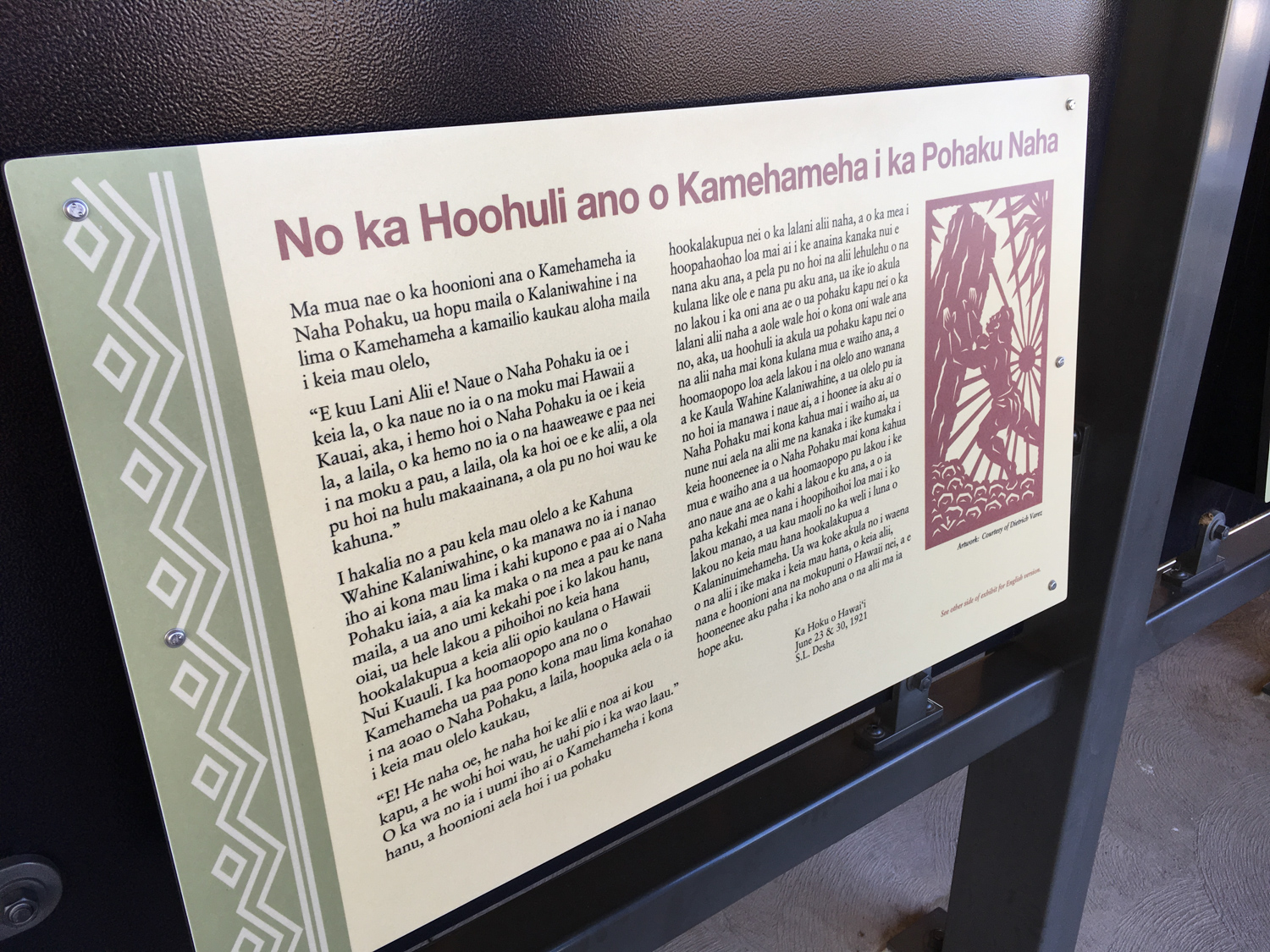 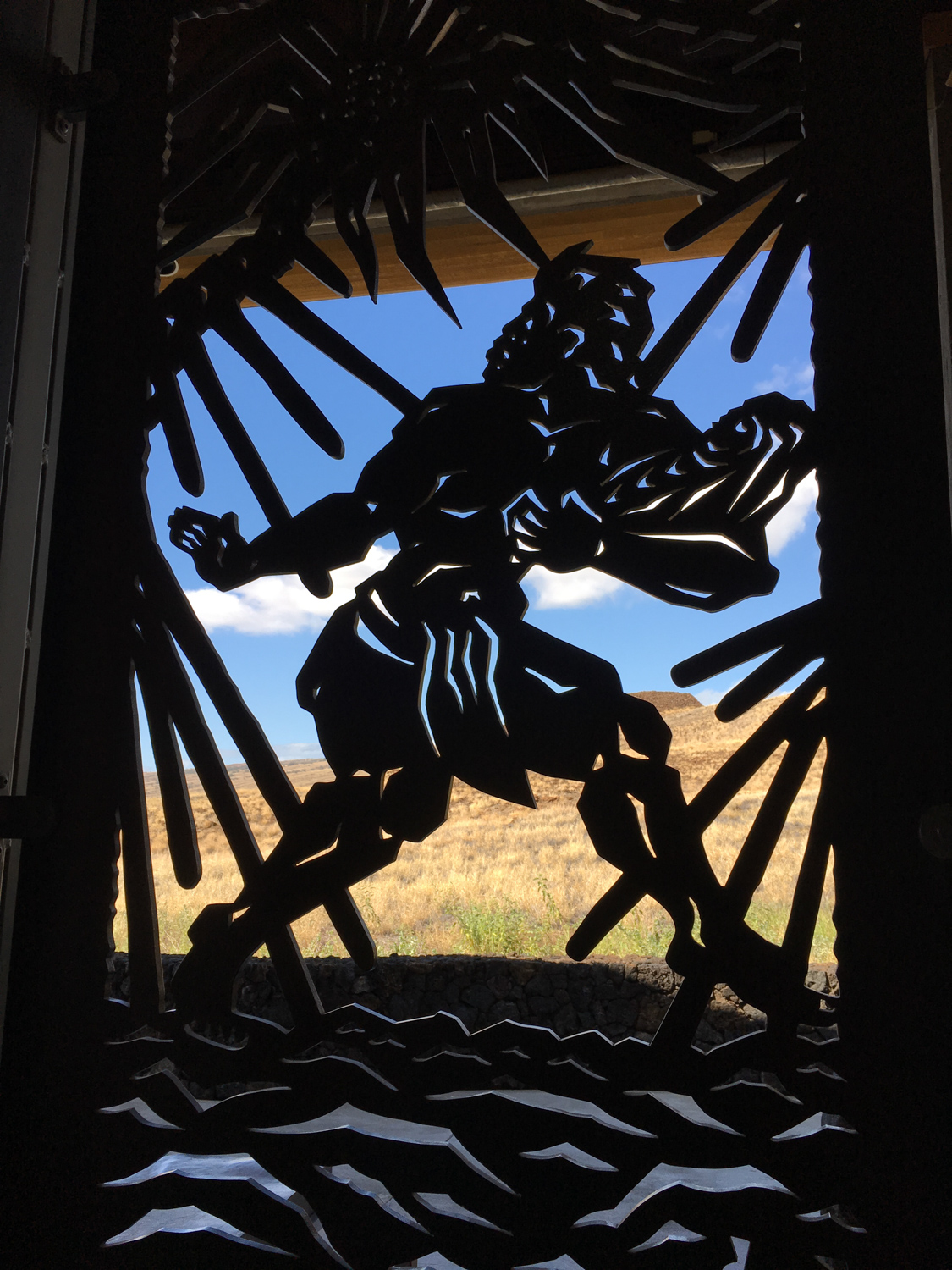 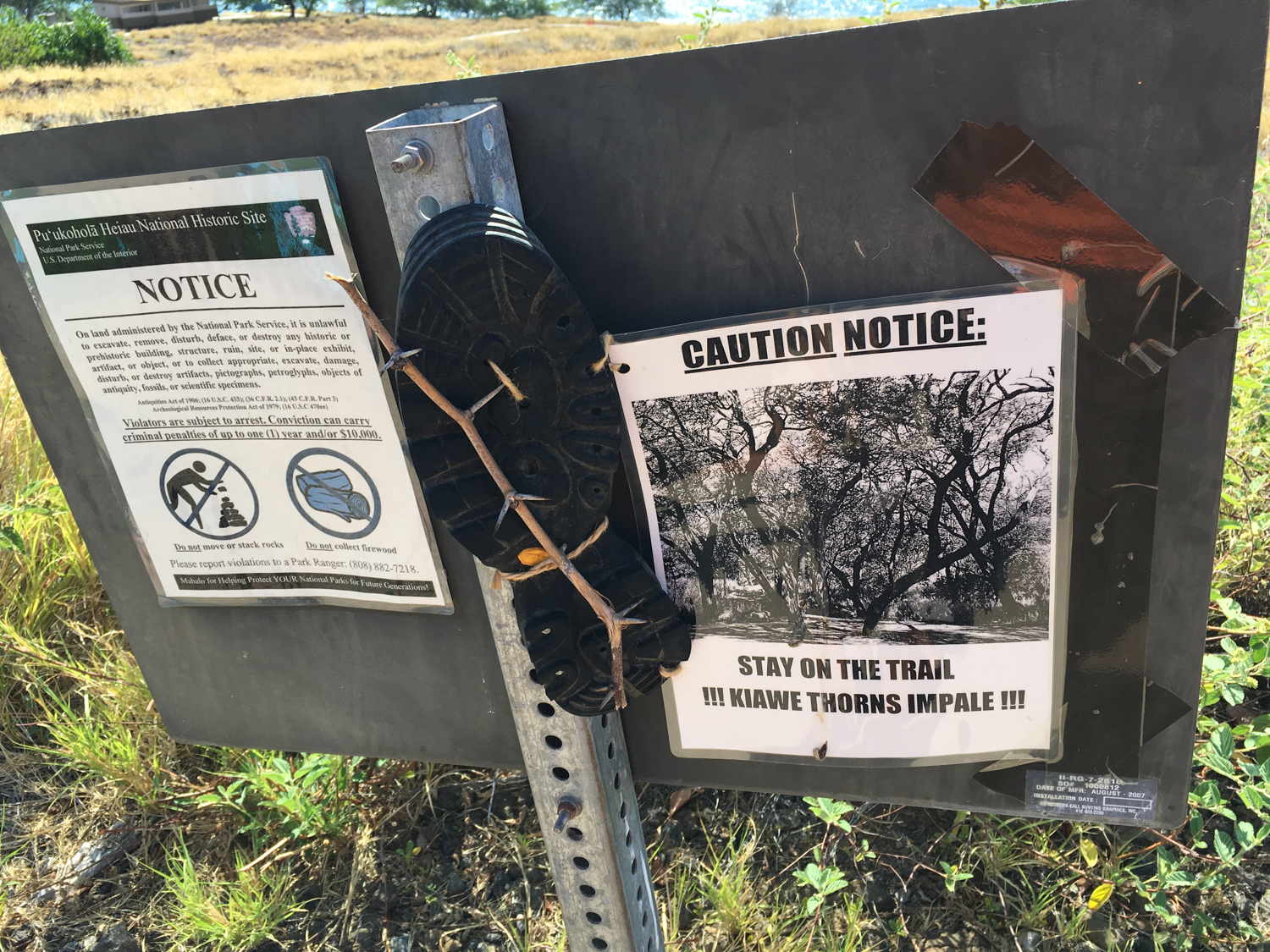 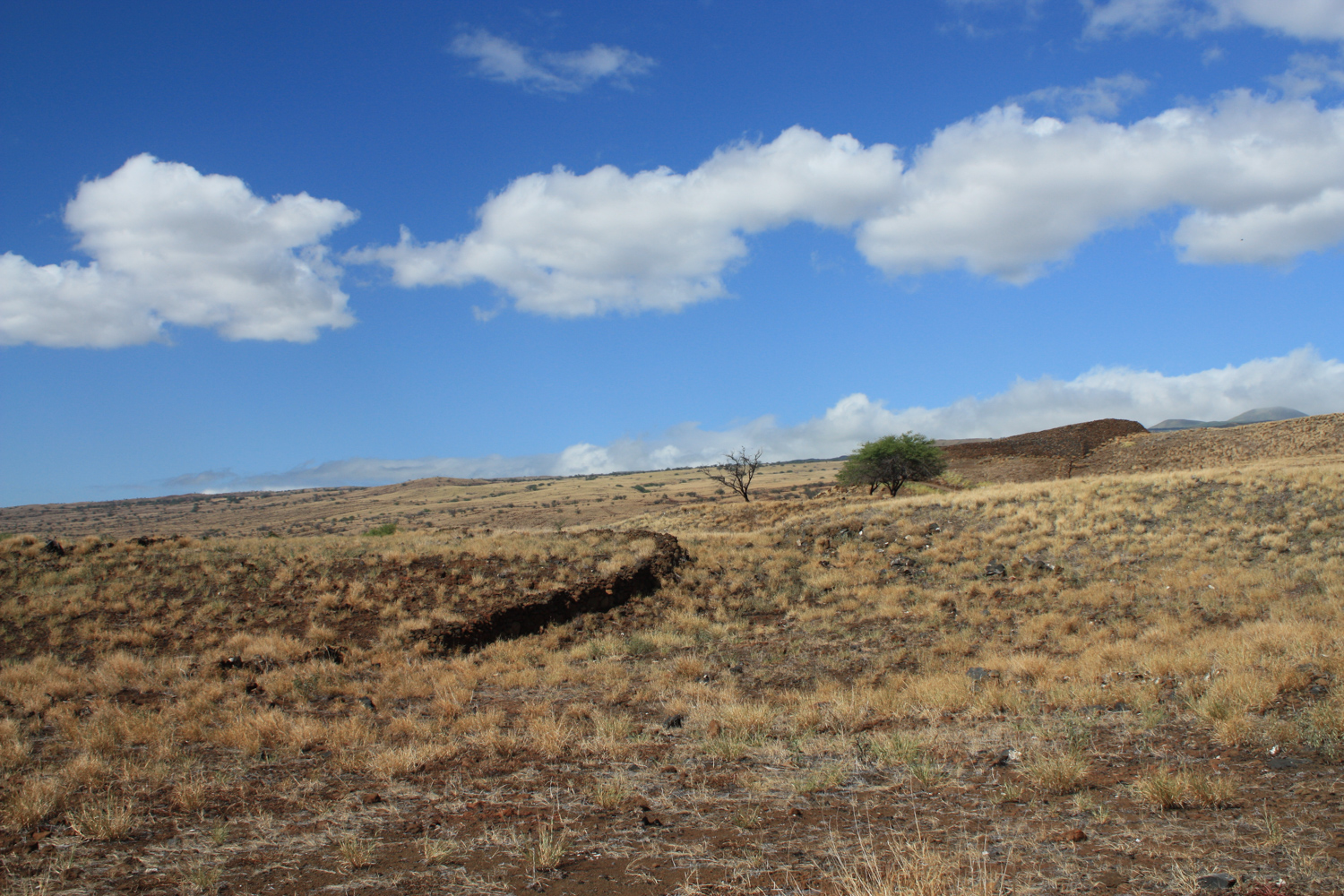 The lower section of this trail is paved and is accessible, while the short loop to the temple itself is a wide and well-maintained gravel path.

The National Historic Site is located near the junctions of HI-19 and HI-270, south of the town of Kawaihae. It's about 34 miles north of Kailua-Kona. Parking and entrance are free.