This short, family-friendly stroll to the Potwisha Pictographs offers a nice mixture of pre-history, recent human history, foothill habitats, and even a sheltered cove along the Middle Fork Kaweah River from which to laze and relax in its icy waters. This fine introduction to the foothills might even be enjoyable during the summer, provided you get an early start to beat out the scorching triple-digits temperatures in the afternoons. 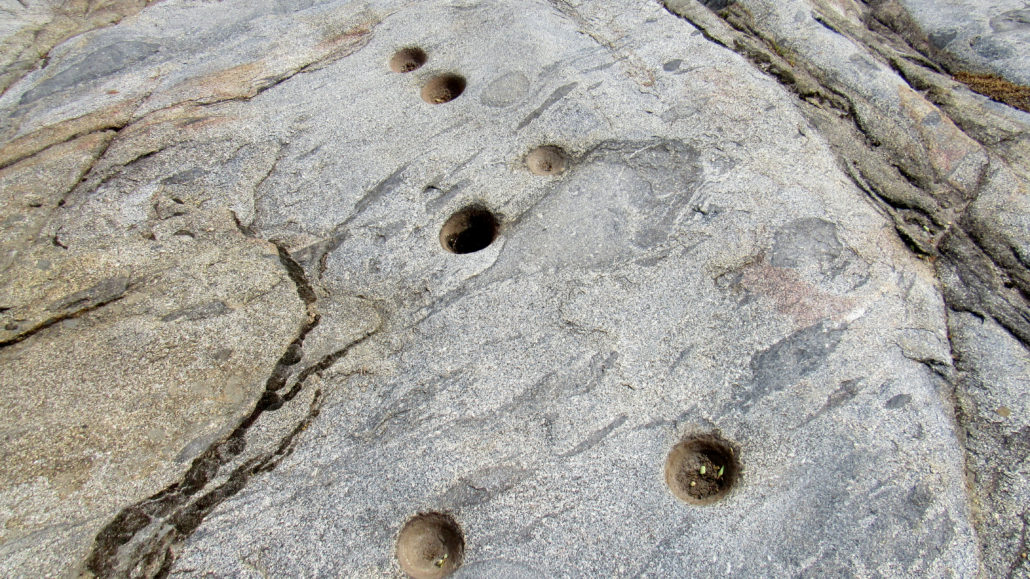 From the parking area, follow a rocky trail south into a grove of trees before emerging on the eastern bank of the middle fork. Look to the right to spot a large, sloping slab of granite pock-marked with over a dozen circular depressions. The native monache once clustered here to pound acorns and seeds into meal, and the presence of so many depressions, known as morteros, indicates the presence of a nearby villages at today’s Potwisha Campground. 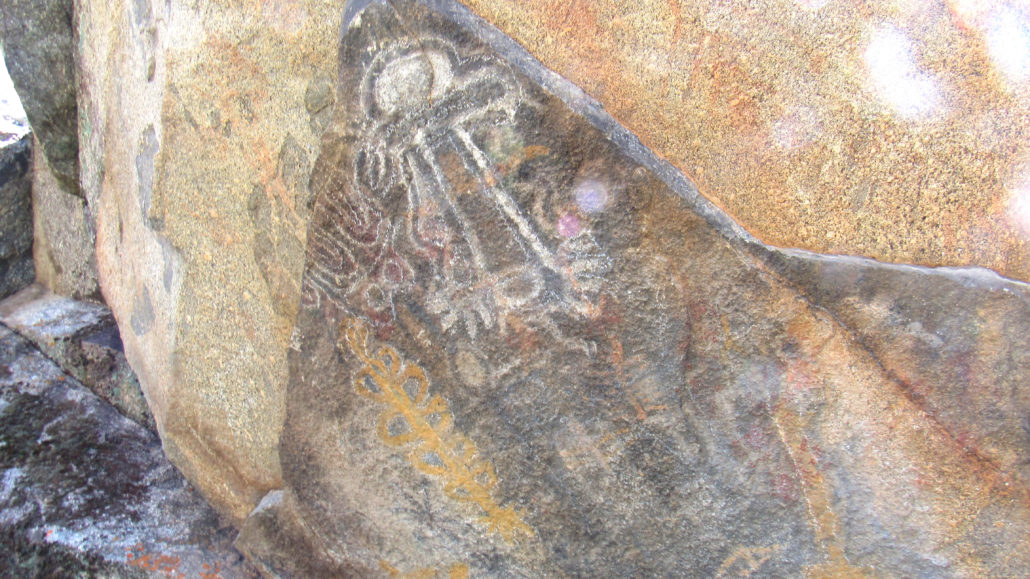 About 50 yards to the southeast, look up to find a large, tilted granite slab decorated with a series of pictographs. Many of these pictographs are weathered and deteriorated, but several drawings remain fairly well-preserved. You can reach the panel by way of a short scramble. A handful of morteros lie beneath the panel. 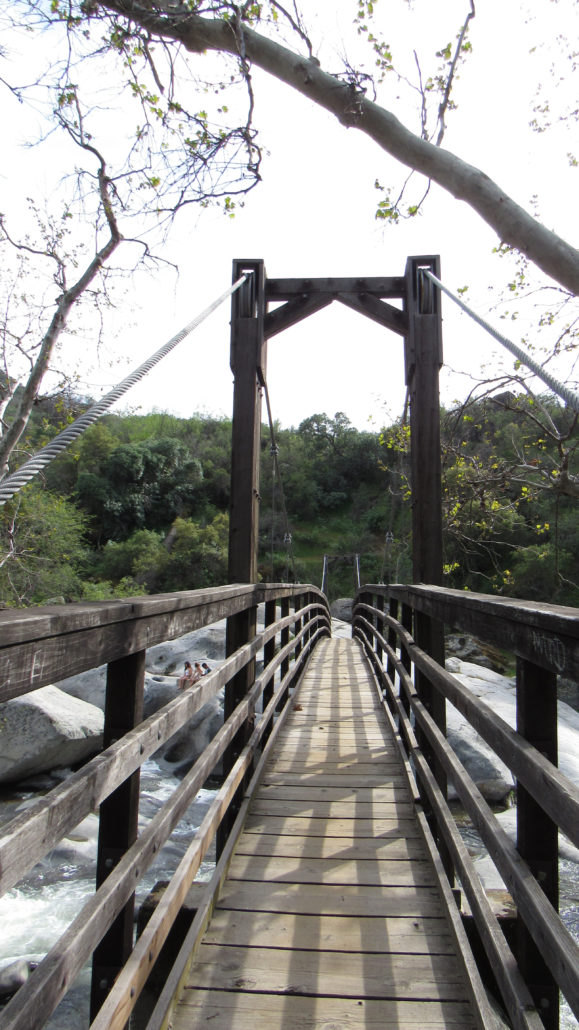 Continuing beyond the pictograph, you will pass through a rocky wash shaded by sycamores and buckeyes before reaching a suspension bridge that crosses the Middle Fork. Pass over this bridge to reach the boulders on the other side. The aforementioned cover lies on the right. If you’re going to take a dip, be warned that the river is lethal during high flow. Nobody should go in if the water is high, but by summer and early fall, this may be a comfortable spot for wading. 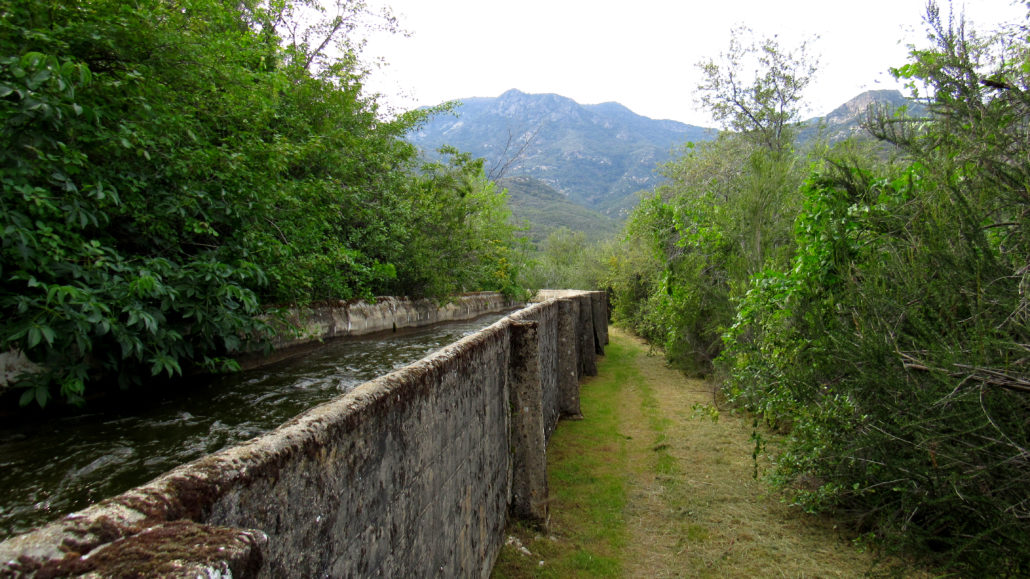 Trail alongside the flume

To continue a brief loop that captures a bit of more recent history, turn left after the bridge and pick your way over boulders to a path that leads into a thicket of buckeyes. Follow the trail uphill through the buckeyes to where the trail tops out alongside a concrete flume that conveys water pulled from the Middle Fork upstream. 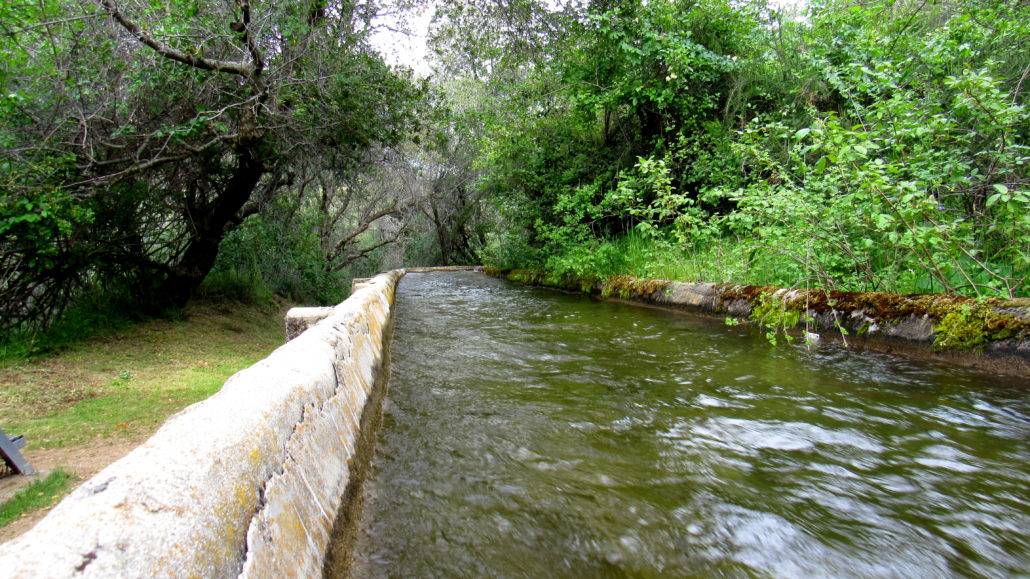 This flume once carried river water downstream to an old hydroelectric plant constructed by the Mt. Whitney Power Company during the early 20th century. The power company and plant are long defunct, but the canals continue to shuttle water. 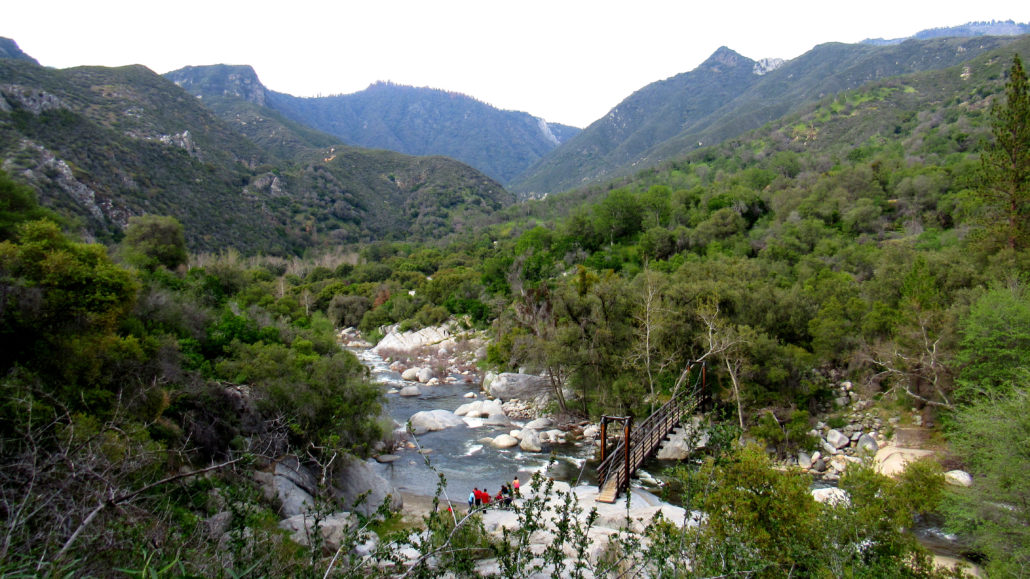 Turn right and follow the canal for a bit (the vegetation may be overgrown here) until you reach another junction a mere 0.2 mile ahead. Turn right on this junction to descend back to the bridge while noting the impressive view north into Deep Canyon and the Marble Fork Kaweah River. Once you return to the bridge, cross it and return to the parking area. 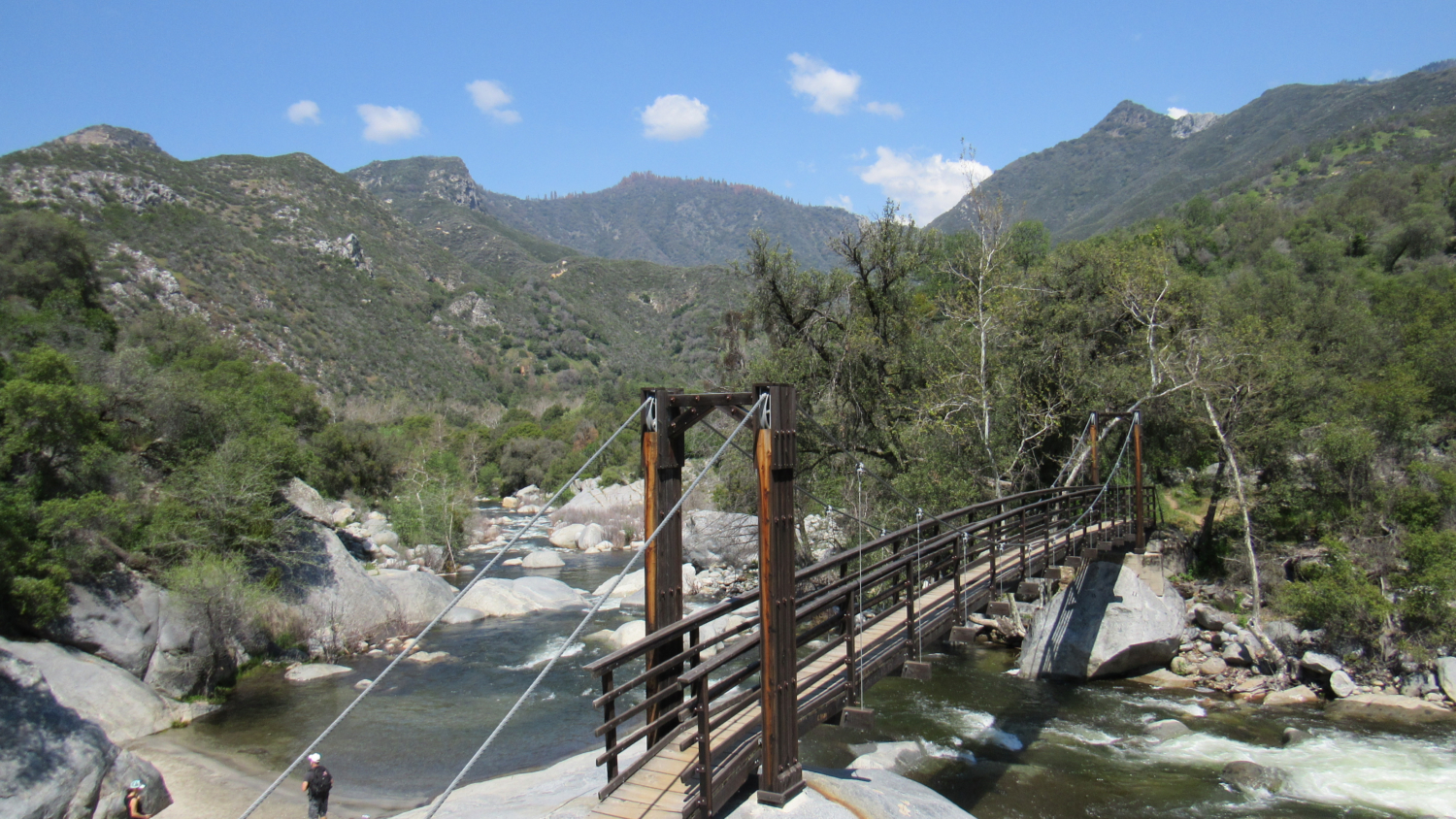 Bridge across the Middle Fork 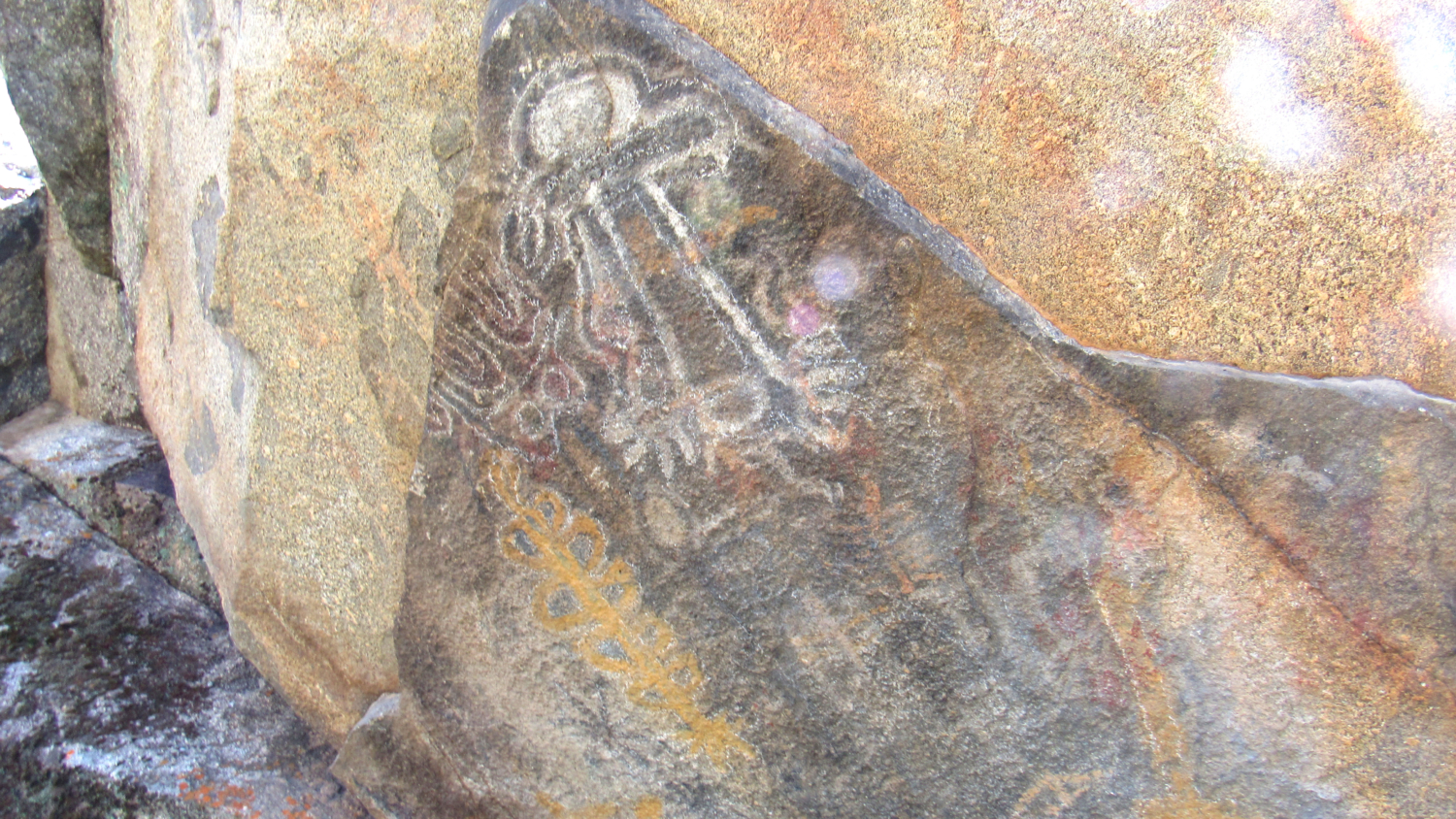 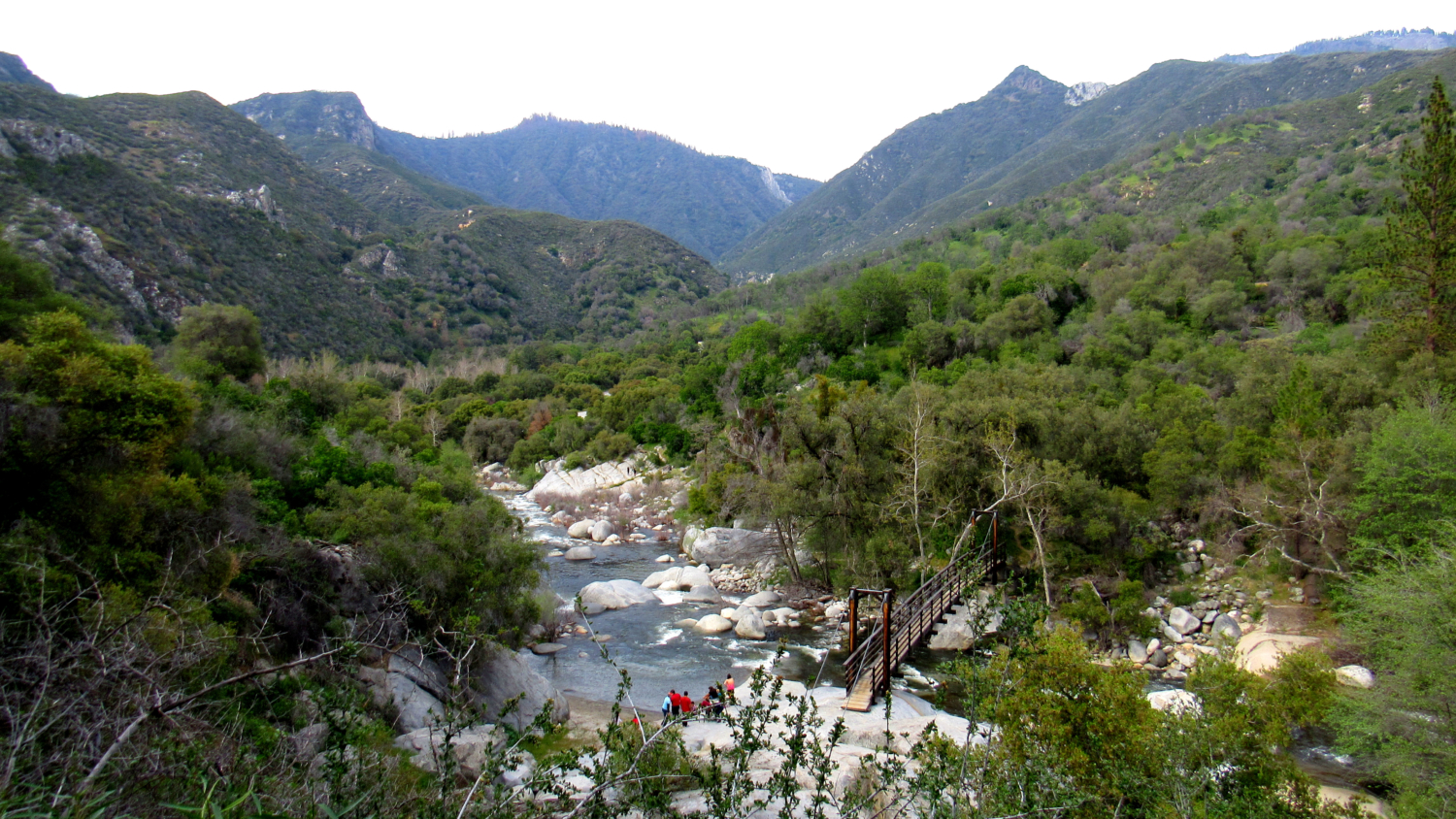 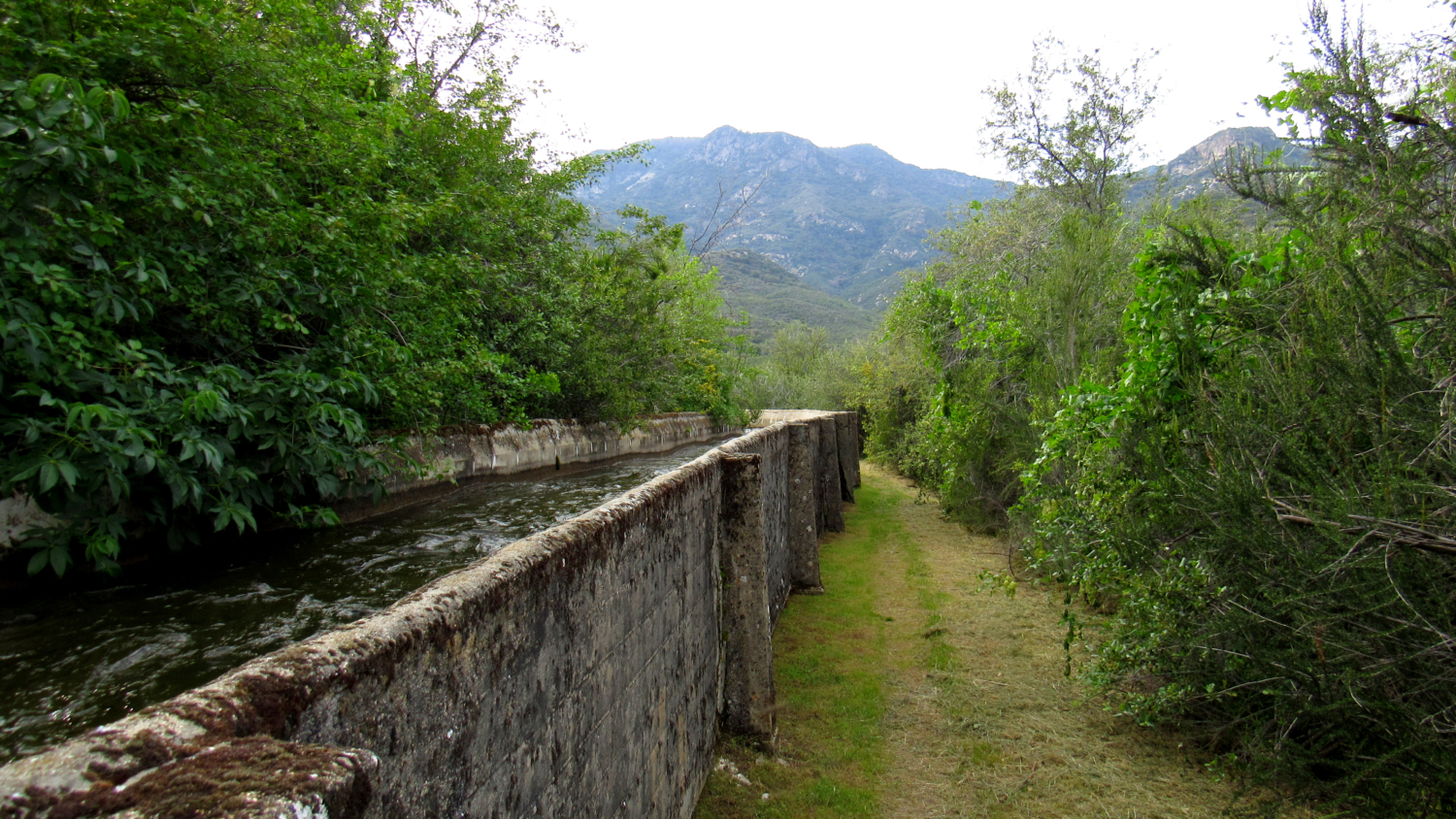 Trail alongside the flume 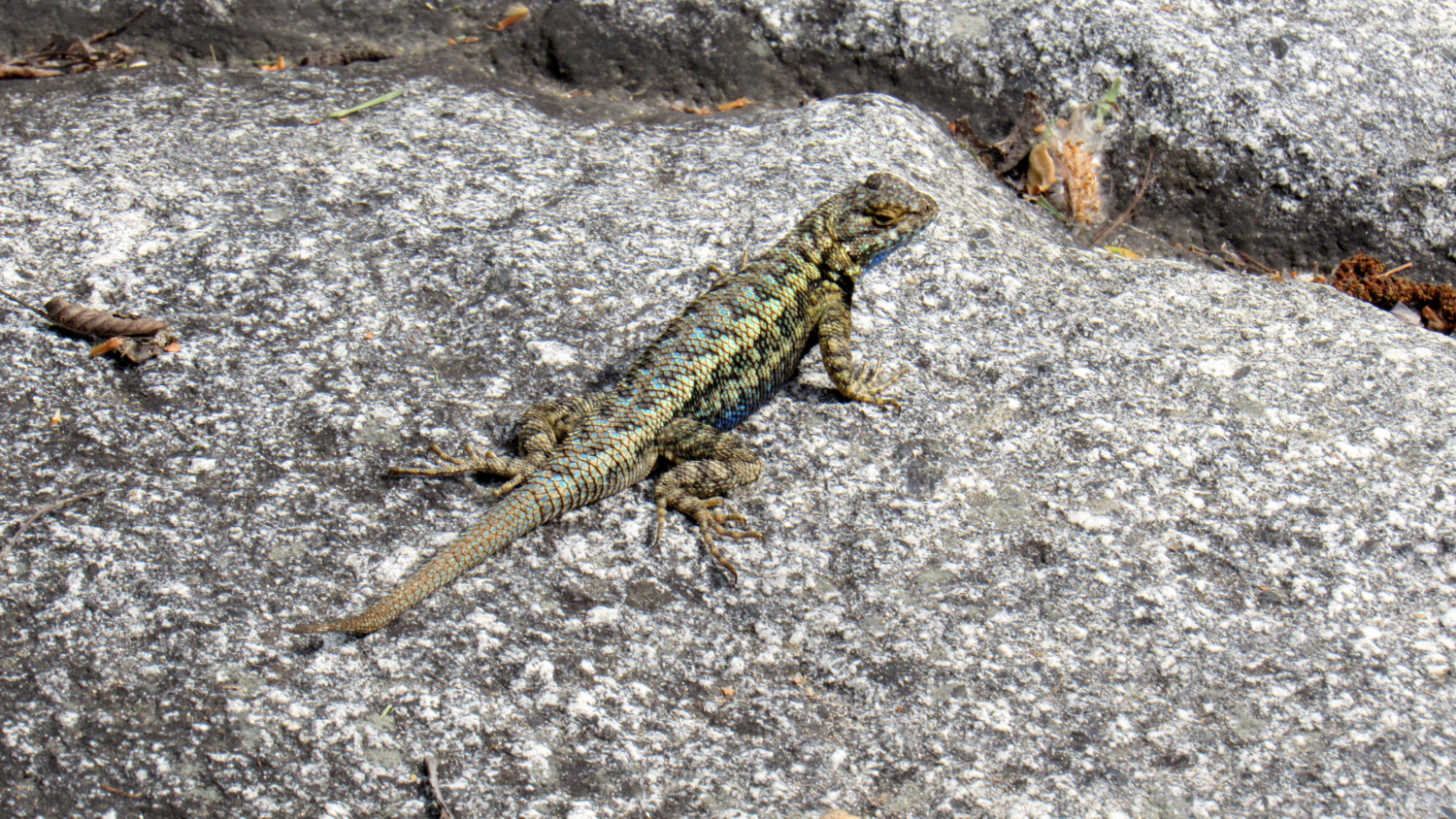 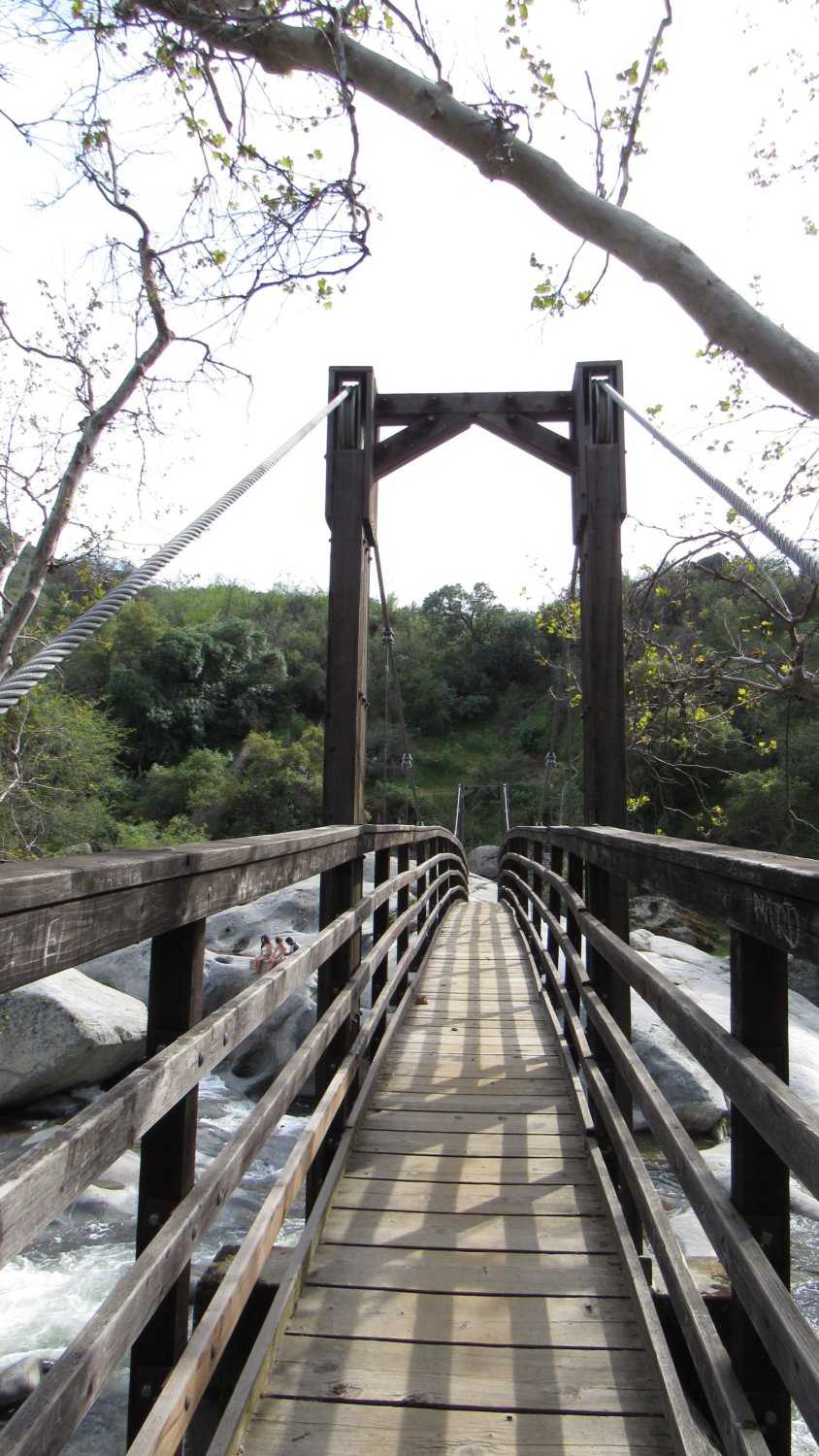 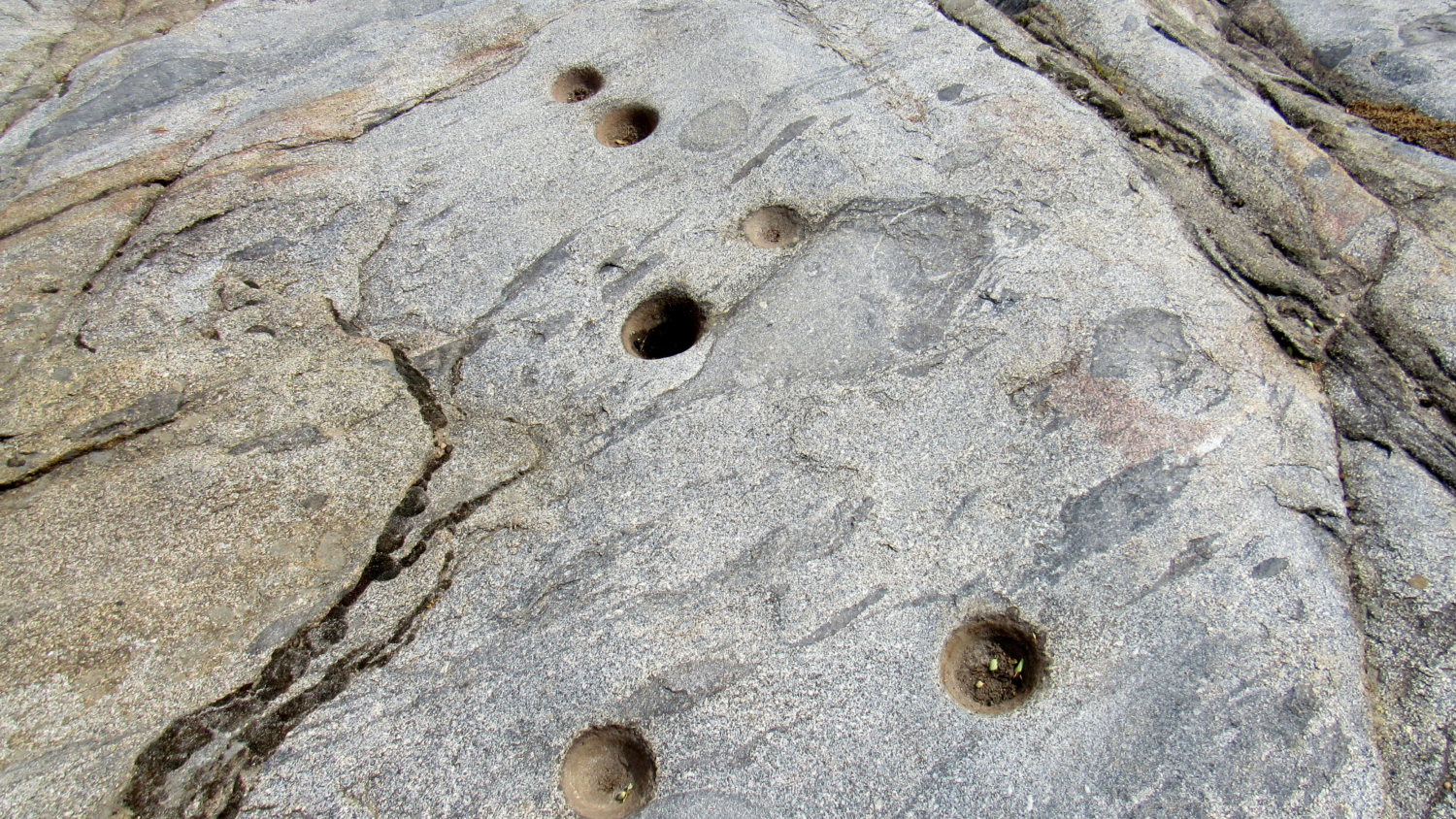 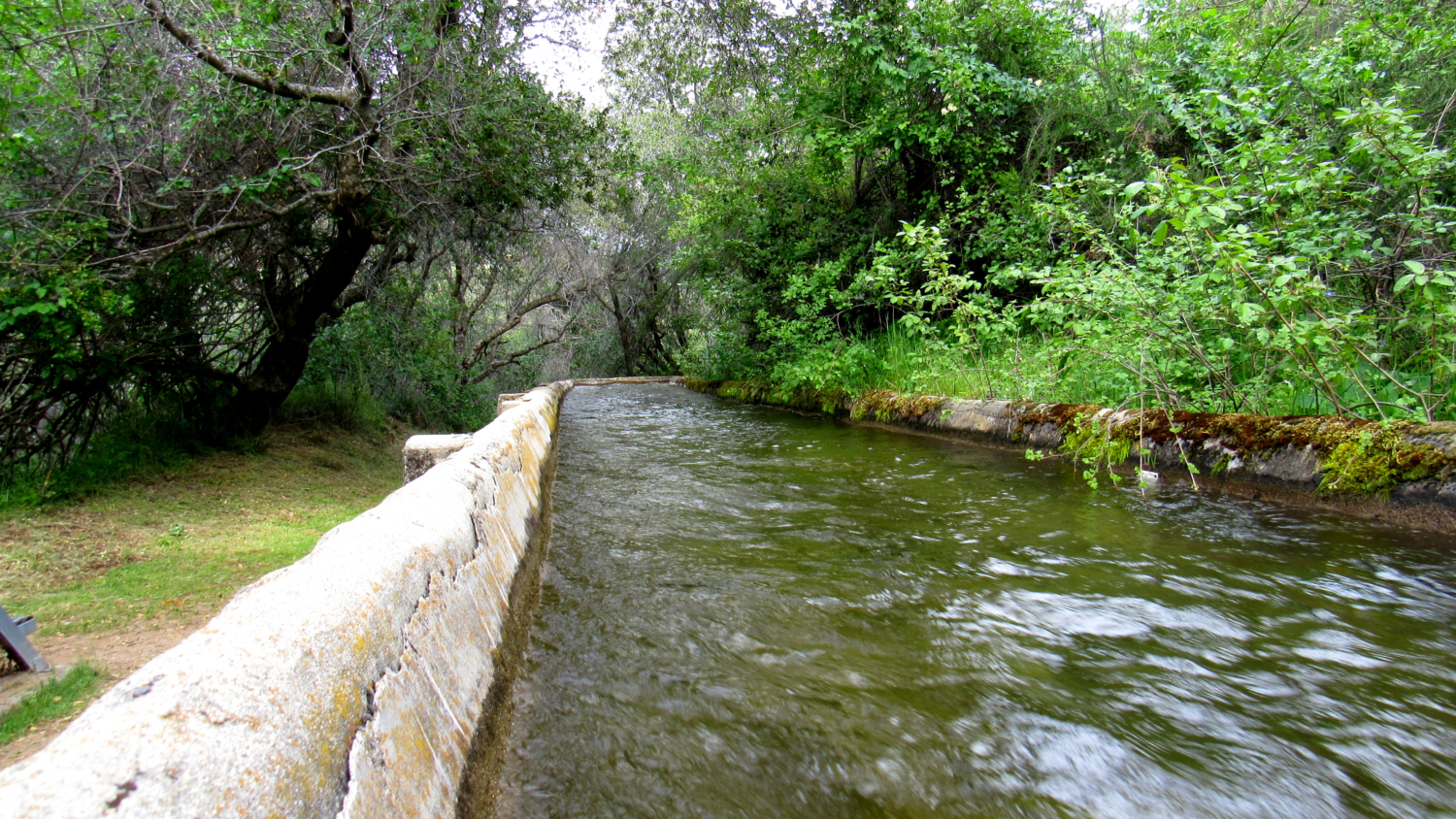 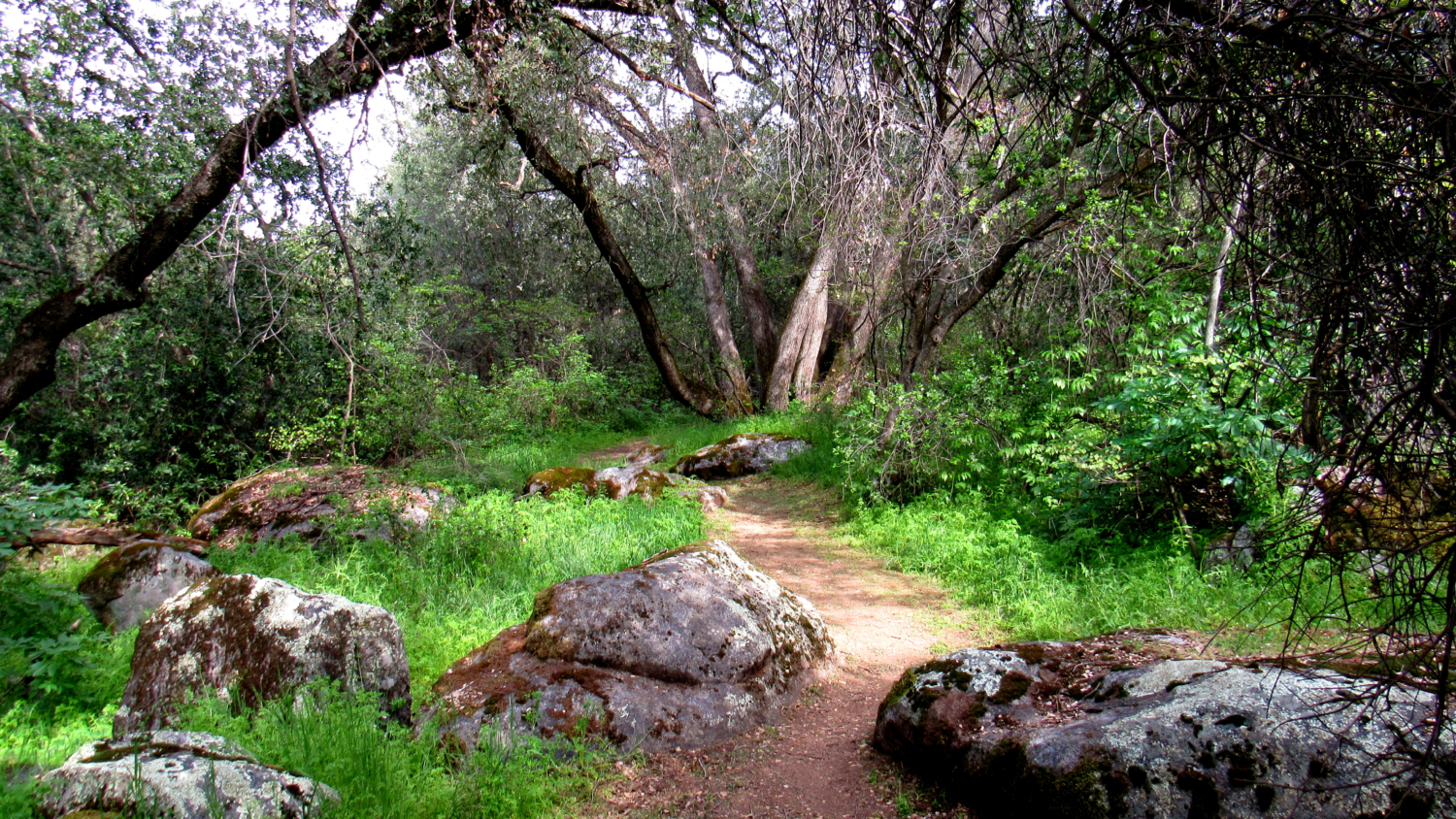 This short trail is generally pretty easy to follow. However, a short section along a wash may require a bit of attention. Also, the trail along the flume can get a bit overgrown at times.

Potwisha Campground is just to the north on the other side of Generals Highway.

From Visalia, drive east on CA-198 through Three Rivers to the Ash Mountain Entrance to Sequoia National Park. From the entrance, continue east for 3.7 miles to Potwisha Campground, and turn left toward the RV dump station. Stay straight, avoiding the left turn into the dump station, to find a large parking area.