The short, gently sloping Ohai Trail (Oh, hi!) explores native habitat atop Maui’s tallest sea cliffs. Along the way, you’ll enjoy sweeping views from some of the tallest sea cliffs on the island of Maui as well as a garden of native plants and habitats. 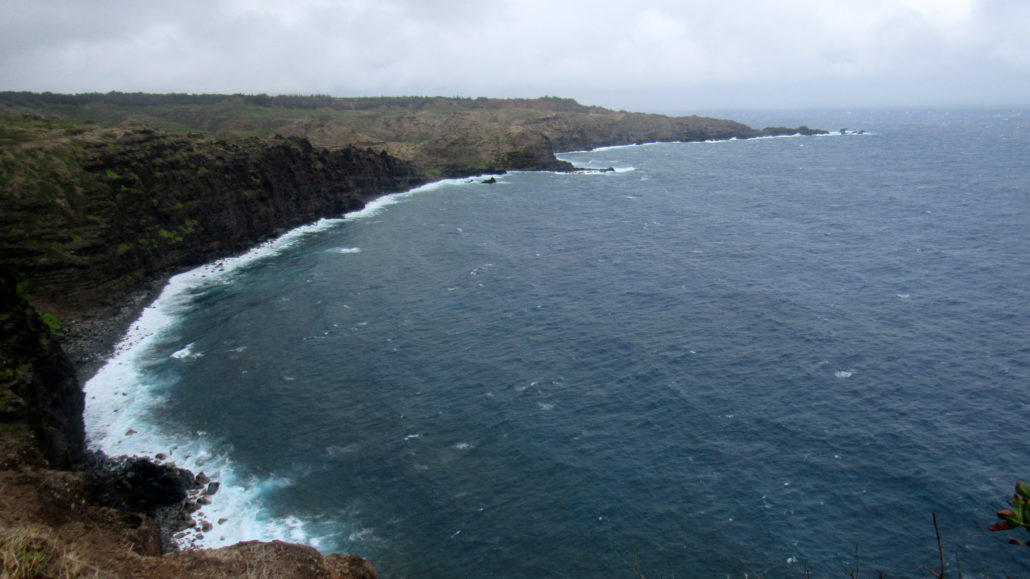 This second stop along the road to the village of Kahakuloa takes you on an easy looping route through rolling grasslands that look plucked out of an Irish Spring commercial before traversing the edge of impressive sea cliffs dropping straight down into the turbulent Pacific Ocean. If you’re taking the road to Kahakuloa (BANANA BREAD, Y’ALL!), this is a great spot to stop, stretch your legs, and enjoy the wild side of Maui that you won’t get from lounging around the well-manicured grounds of your resort. 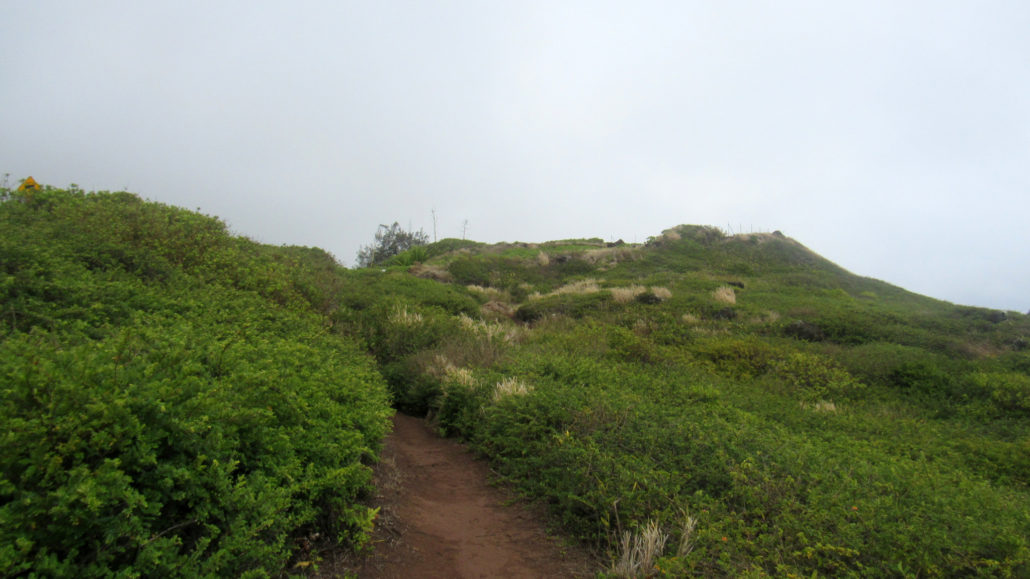 From the trailhead, make the first right that branches off of a trail leading up to an overlook. This route is best taken counter-clockwise, as you’ll enjoy the best part of the trail at the very end. After the right turn, the trail drops down into a mixture of native vegetation, including alahe’e, uhaloa, ulei, and a’ali’i. 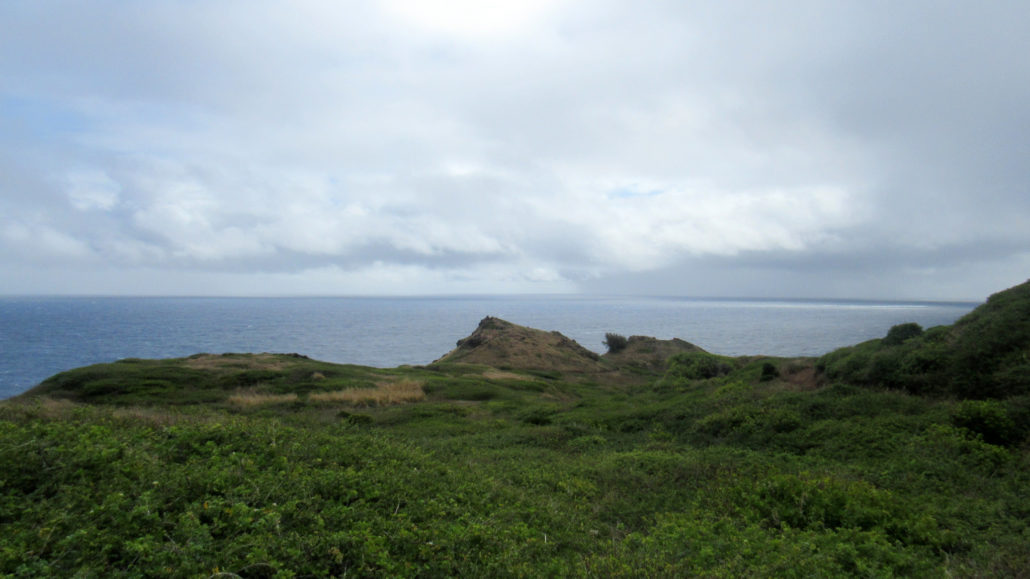 The trail dips into and out of a series of low gullies before climbing up to the edge of the cliffs. At the cliffs, the trail makes a quick bend to the left. Keep your eyes peeled for side paths that take you closer (but not too close) to the edge so you can get a good look up and down the coast. The large crag jutting into the sky east from your position is Kahakuloa Head, which also marks the location of the village of Kahakuloa (did I mention the banana bread?). 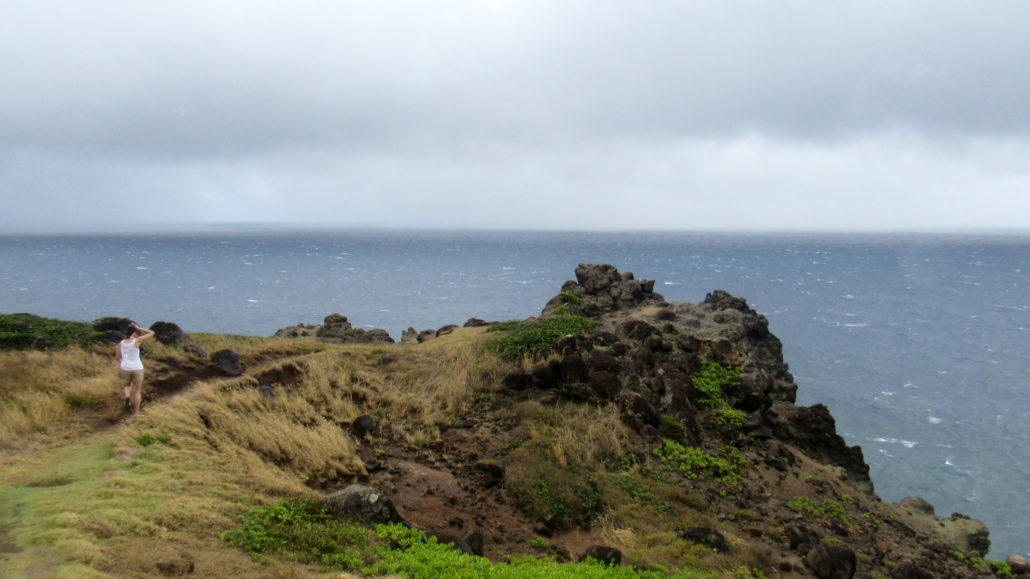 As you continue, snatches of view out across the ocean or down the cliffs open up here and there. At 0.8 mile, the trail will begin to climb away from the cliffs toward a viewpoint. Just after the trail returns to the first junction, make a right to climb up to the viewpoint. From here, you’ll get the best vantage looking west and east along the coastline. 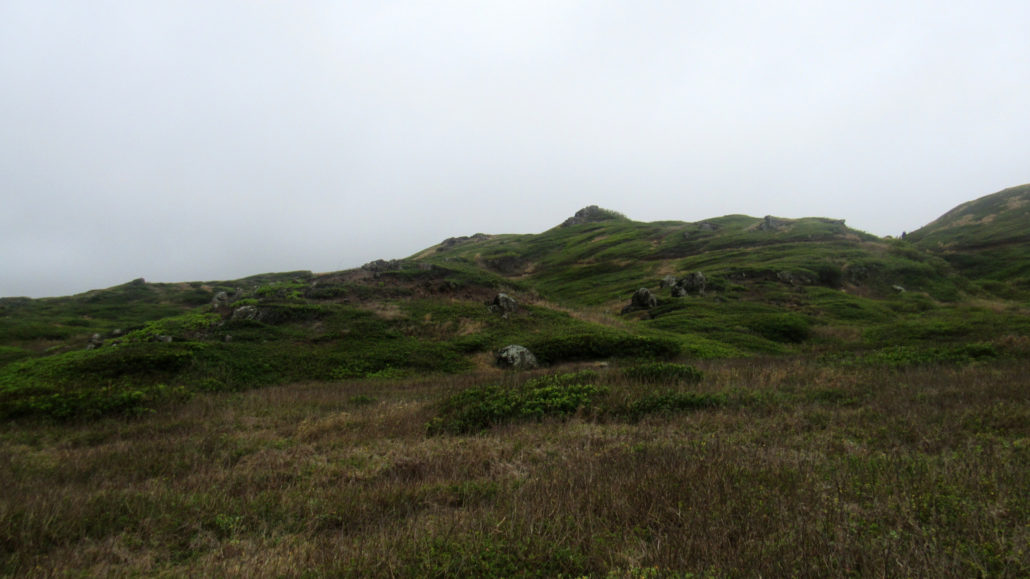 This vantage point reveals numerous volcanic outcrops jutting into the sea while rugged cliffs rise directly from the relentless surf. The north- to northwest-facing aspect of the coastline means that it receives a continuous bombardment of massive waves during winter. Eagle-eyed lookouts may spot the Nakalele Blowhole spouting into the trade winds some 3-4 miles west. 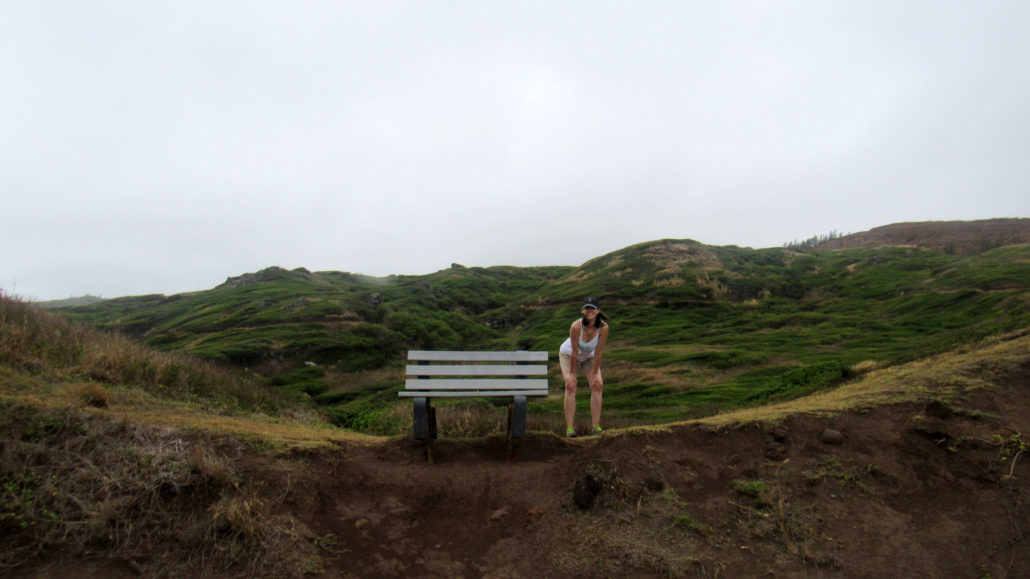 When you’ve fully absorbed the view, return back to your car along the short concrete walkway. 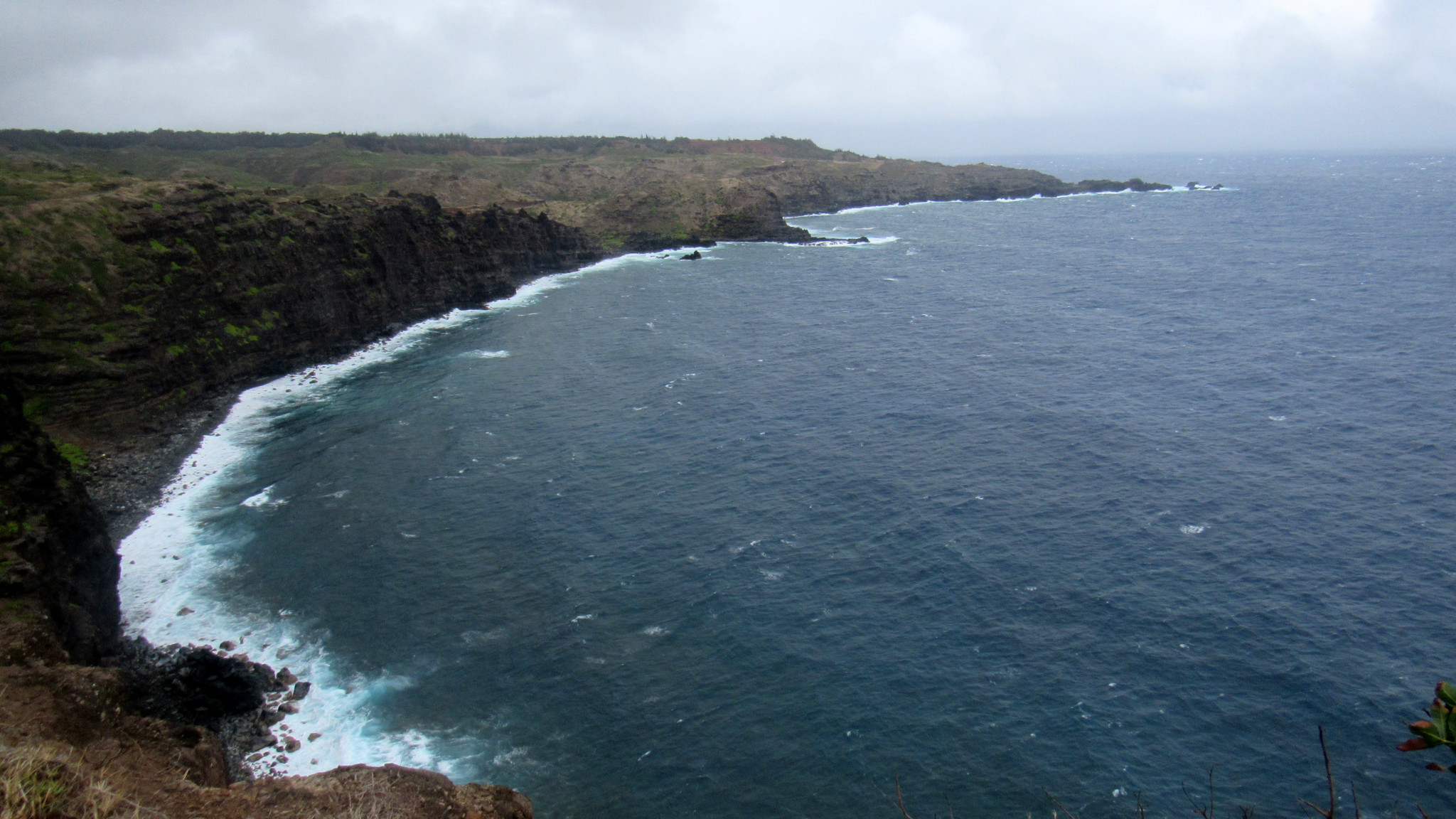 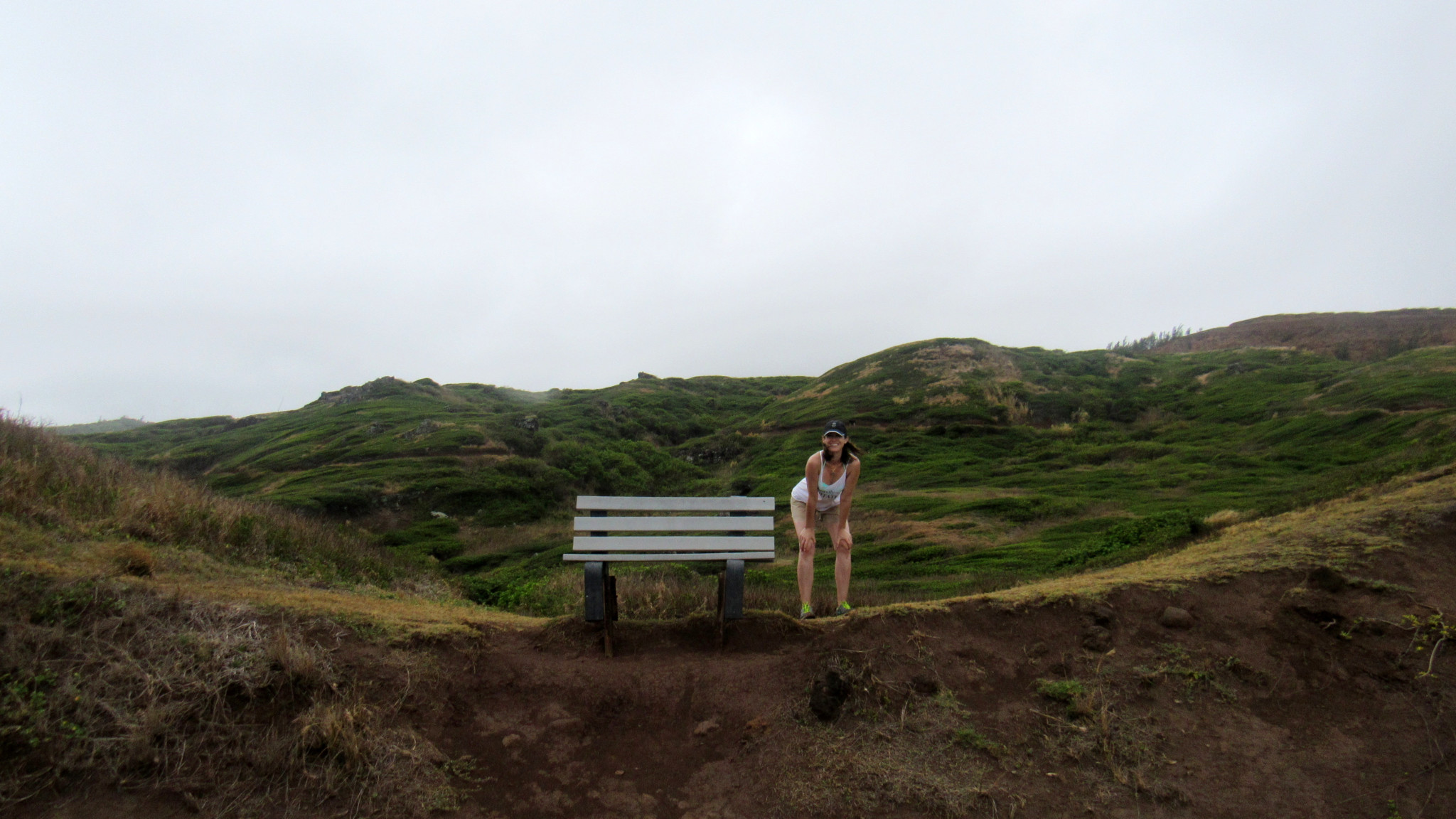 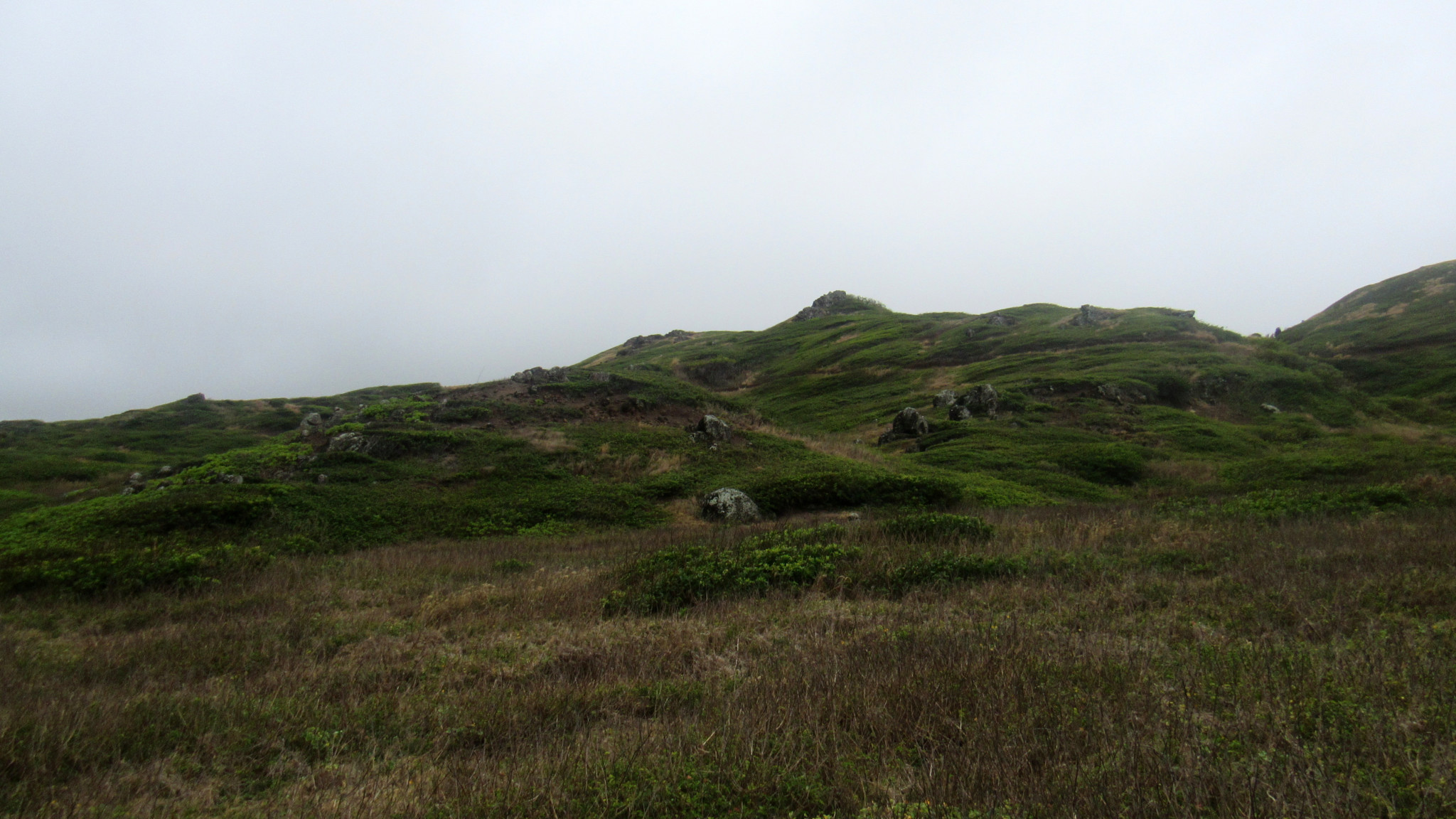 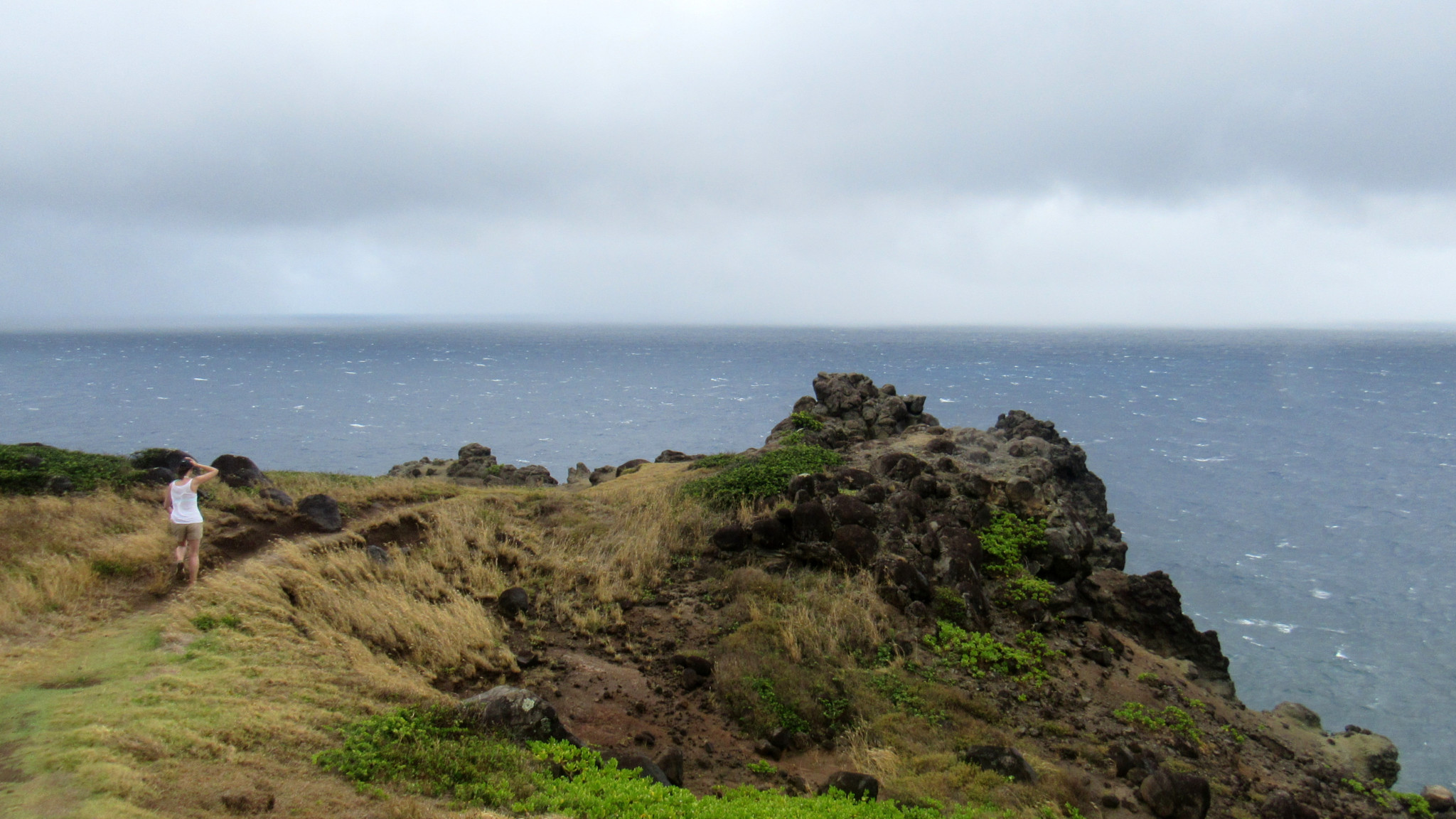 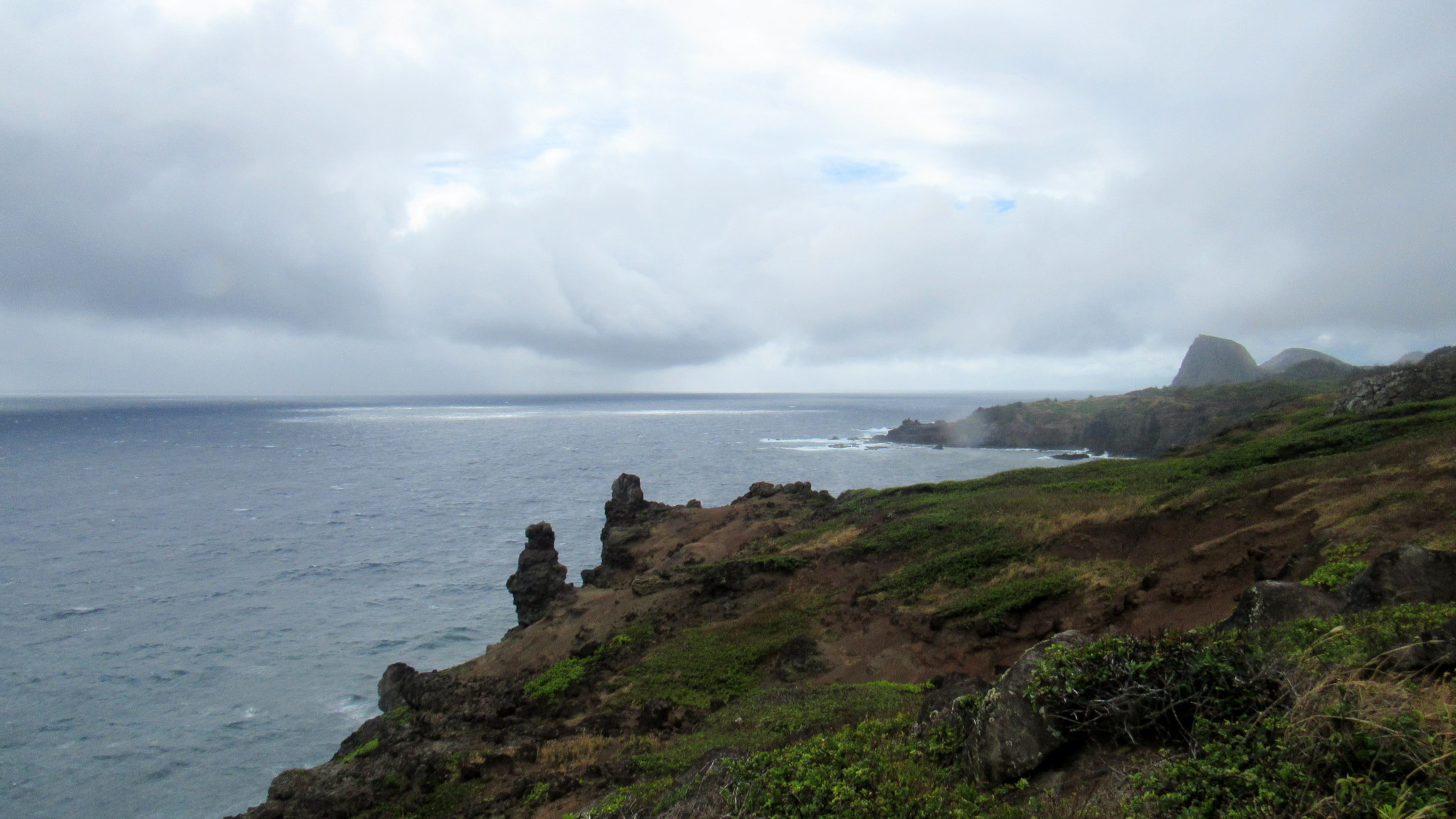 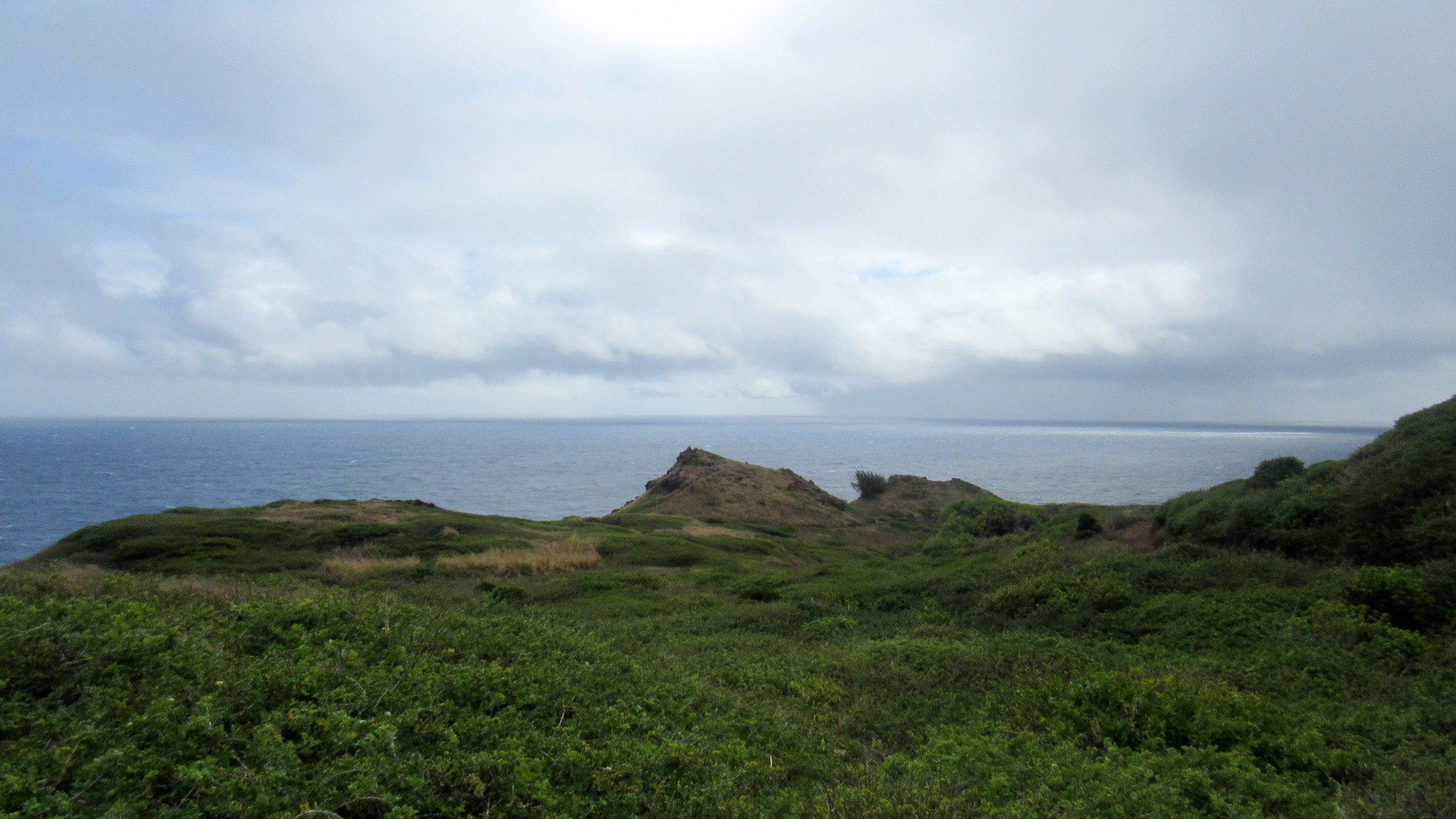 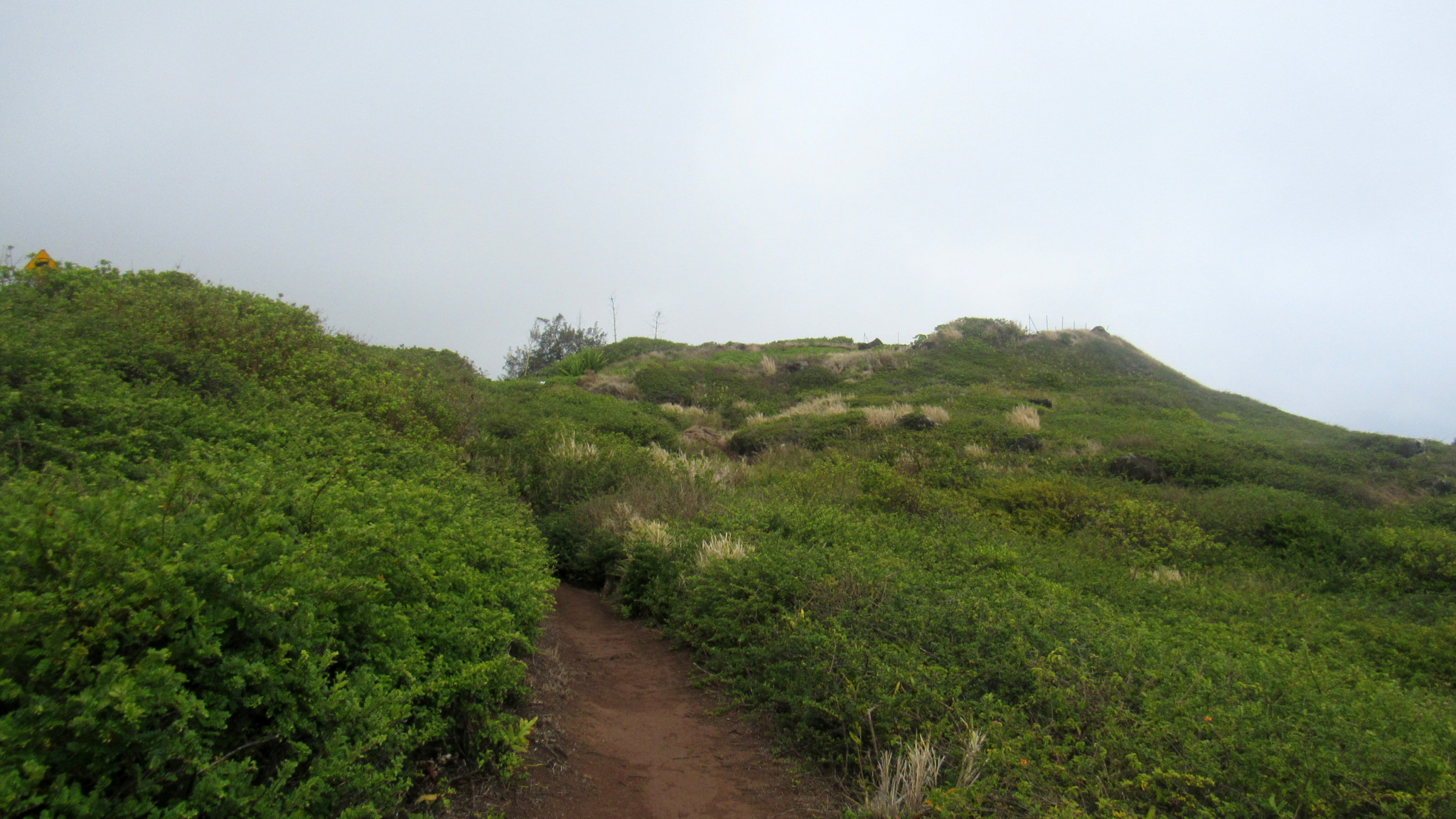 The rolling single-track is in good condition and easy to follow. It can get slippery when wet, so use caution during and after rainstorm.

From Kapalua, head north on the Honoapiilani Highway toward Kahakuloa. Continue north for 10.0 scenic and winding miles along the north coast of West Maui. The Ohai Loop Trail is on the left (north) side of the highway.