If you have spent any amount of time in the San Diego County interior, chances are you have gotten up close and personal with the region’s abundance of igneous rocks which come in a variety of forms like granite, granodiorite, and gabbro. These igneous rocks originate from a formation known as the Peninsular Range Batholith, an enormous mass of rock formed around 100 million years ago. 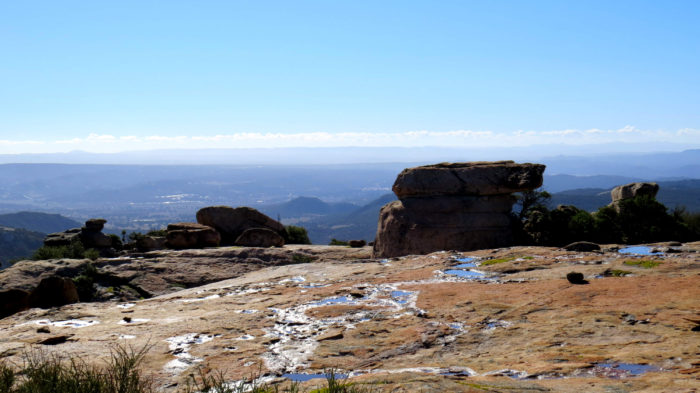 Batholiths, which form many of the major geographic features in California including the Sierra Nevada Mountains, form when two tectonic plates collide. In this specific instance, one plate (the Pacific plate) slides beneath a dominant plate (the North American plate). In a process known as subduction, the plate that slides underneath sinks into the mantle and melts. As the plates grind against each other, large masses of molten rock will rise up into the crust like bubbles. As these “bubbles” cool, they form what’s called a pluton, or a mass of igneous rock. Simply put, a batholith is a massive pluton, and the Peninsular Range Batholith forms much of the county’s mountainous interior from Interstate 15 to Anza-Borrego Desert State Park. 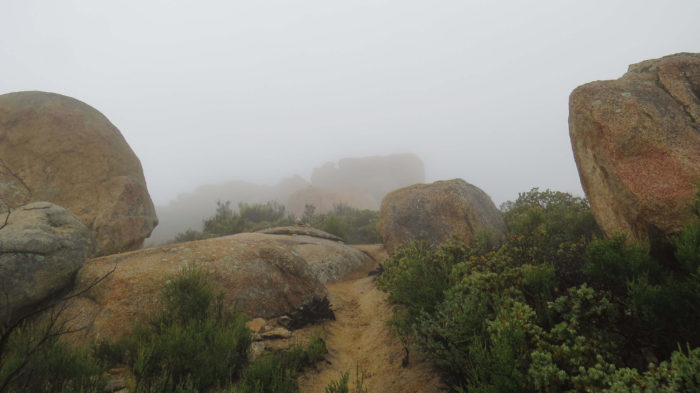 Fast forward several tens of millions of years to when Pacific Plate stopped sinking under the North American Plate and instead started sliding against it from south to north; the principal boundary of this activity today is the San Andreas Fault and lesser associate faults such as the San Jacinto and Elsinore Faults. Such bumping and grinding lifted the batholith up to and through the surface, exposing the igneous rock and forming our mountain ranges. In a number of places, this harder igneous rock extruded from softer surface rocks, which eroded more quickly to reveal many of the County’s peaks, mesas, and ridgelines. 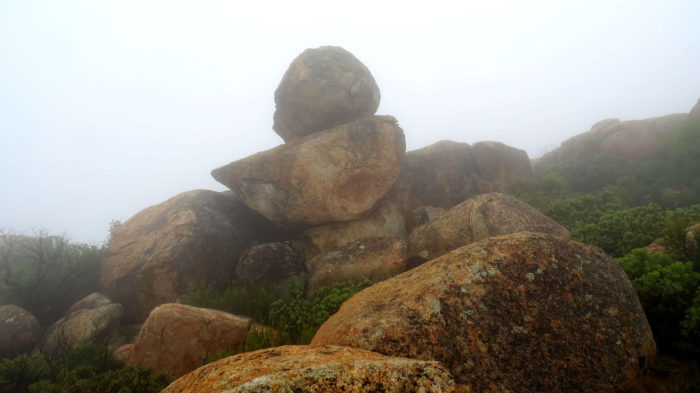 This brings us to Morena Butte. The butte is a large mass of igneous rock bounded by Morena Valley in the north, Hauser Canyon to the south, and smaller tributary canyons east and west. Massive granitic slabs, boulders, and outcrops stud the summit of the butte, providing some fantastic formations for scrambling, climbing, or casual exploration. Aside from the fascinating geology, views from the butte are outstanding, especially the precipitous vistas into Hauser Canyon toward the Barrett Lake Reservoir. 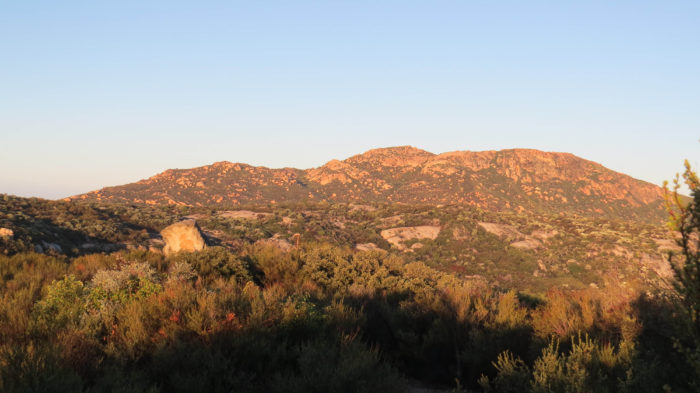 The route to Morena Butte also offers up an opportunity to spend a bit of time on the West Coast’s premier footpath, the Pacific Crest Trail. You will follow the PCT south from Lake Morena County Park to an informal trail scrambling up the southeast flank of the butte to the triple peaks that crown the summit. 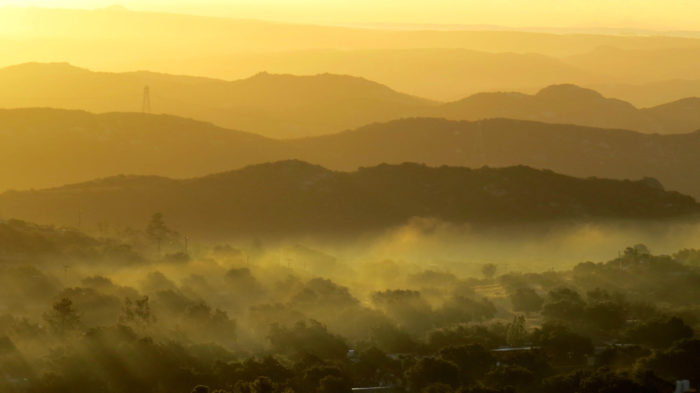 From the PCT access point just outside the entrance to Lake Morena County Park, join the PCT and begin a moderate, meandering climb up to a gently sloping ridge rising away from Lake Morena. Initially, you will get views across Lake Morena, but once upon the ridge, you will get a look into the sleepy hamlet of Morena Village to the north. The PCT keeps to this chaparral and yucca studded ridgeline until crossing a saddle at 1.6 miles and passing just north of Peak 3623. At a number of spots along this stretch, you will pass large slabs of granitic rock that preview the outcrops on Morena Butte. Botany enthusiasts will also enjoy the impressive specimens of bigberry manzanita, many of which attain tree-like proportions. 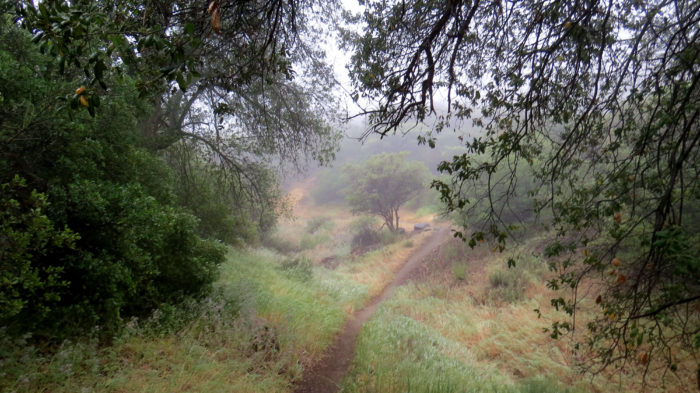 At 2.1 miles, the PCT passes over another saddle and drops into a lightly wooded ravine. The PCT briefly follows the streambed within this ravine before climbing up to a third saddle overlooking Hauser Canyon. Just before you start this climb, look for a faint path on your right that climbs away from the PCT at 2.8 miles; this side path will lead you away from the PCT into a lovely valley and later to the banks of Lake Morena for an alternative return route. 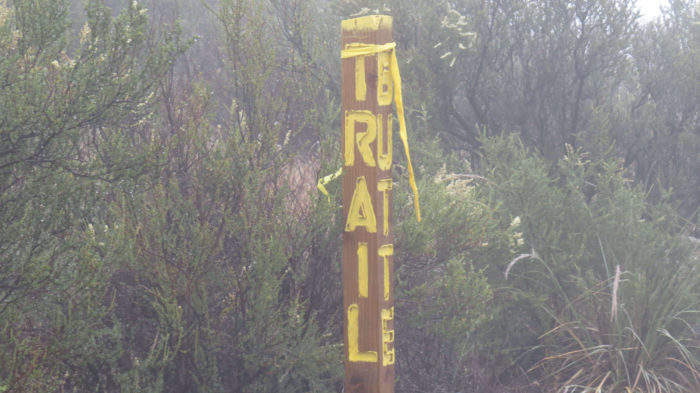 After you climb up to the third saddle, you will reach a junction with a signed trail leading to Morena Butte. If you miss the signed trail, you will immediately start descending. If you are going downhill into a deep canyon (Hauser Canyon, itself a great hiking destination), turn back. Instead, turn right onto the rough, informal trail the climbs the butte from the southwest. The initial going through dense chaparral is fairly steep, uneven, overgrown,  and rough, but the grade mellows out somewhat as you approach the top of the butte. 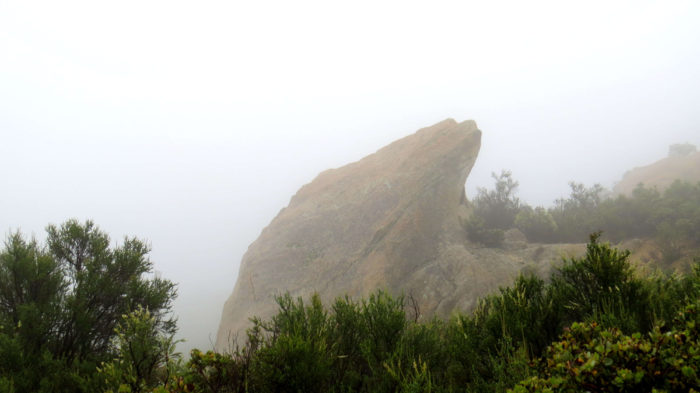 Once up top, you will be making your way over granite slabs and through a maze of pink granitic boulders. Many of these boulders attain fantastic shapes. If you are ever lucky enough to come to Morena Butte during a period of heavy fog or mist, the boulders emerge out of the fog like primeval beasts, creating an eerie, otherworldly ambiance. Of course, mist obscures the views, so sunny days are better for the vistas. 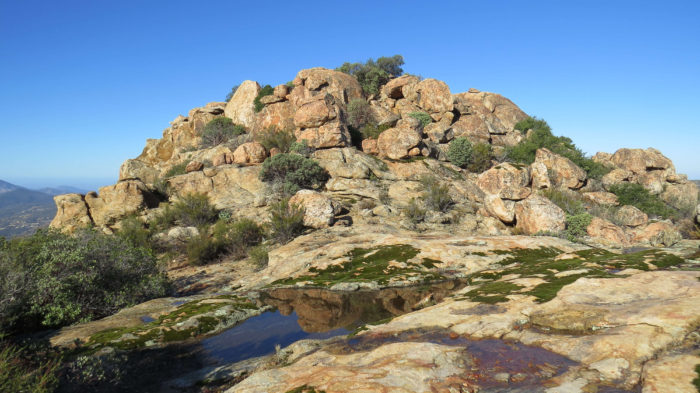 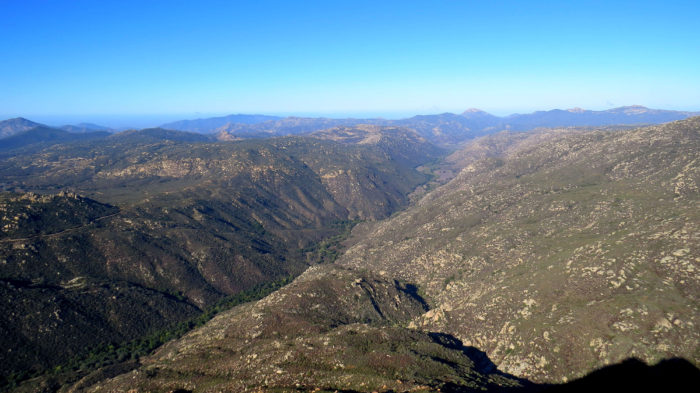 As mentioned before, three different peaks mark the summit. Two of these peaks (southern and northern) are marked according to their elevation on topographic maps as 3919 and 3837, respectively. The southern peak is higher, but the northern peak is far more dramatic as it perches on the edge of the butte for an aerial view of Hauser Canyon. 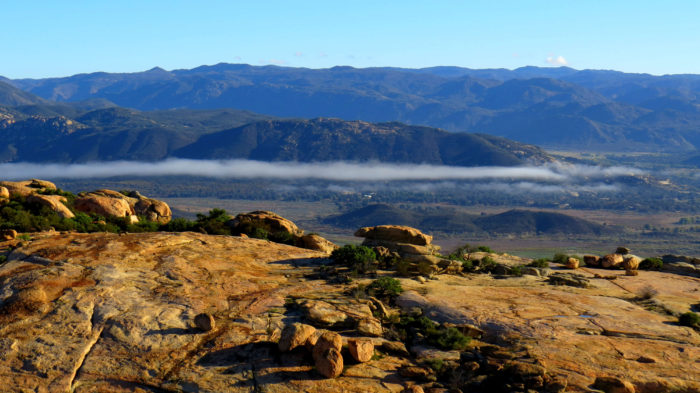 The third peak on the west side of the butte, unmarked on the topos, is a hair shorter than 3919, and it offers the best look over Lake Morena. Finding your way through the maze of boulders and thickets of chaparral is an entirely cross-country affair over boulders and through faint paths. You could spend all day scrambling around the top of the butte into dozens of untold nooks and crannies. 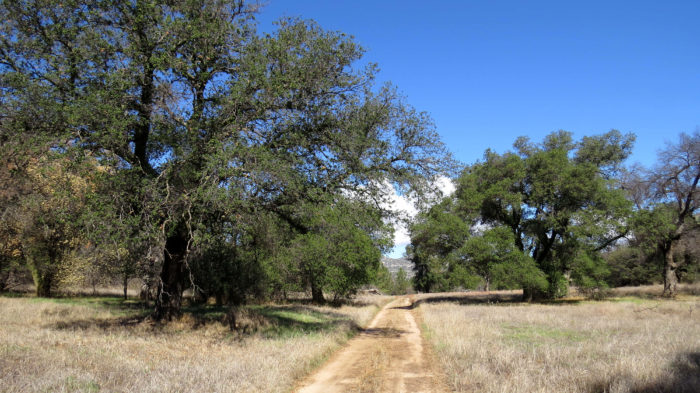 For the return route, you will choose between the simple option of following the PCT back to Lake Morena County Park or a looping, alternate route. If you prefer the looping route, retrace your steps on the PCT back to the faint side path that will split off on your left at 5.3 miles. This path will lead you uphill to a dirt road that descends into a gentle, wooded valley at the foot of Morena Butte. Coast live oaks and a smattering of Coulter pines grace this grassy swale. Two parallel dirt roads take you north to a junction with Morena Reservoir Road. When you reach the junction, turn right to head north and then east toward Lake Morena. 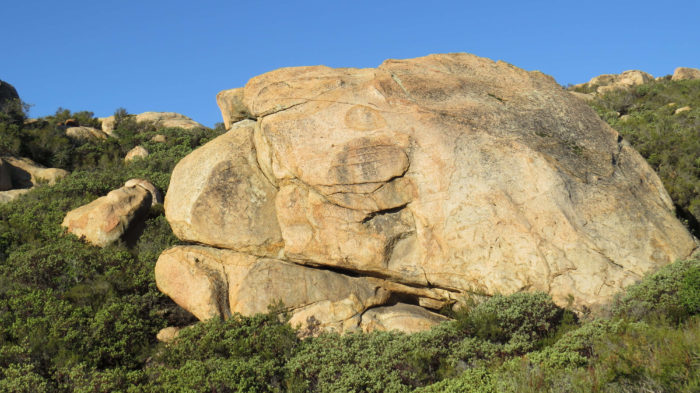 Continue following the dirt reservoir road as it weaves its way along the shore of the lake. Lake Morena covers a massive amount of the portrero in the heart of Morena Valley during wet periods, but it can shrink to 10% of its size during periods of drought. Eventually, the reservoir road enters the Lake Morena County Park campground and passes through the park to reach the parking area for the Pacific Crest Trail access point where your vehicle awaits. 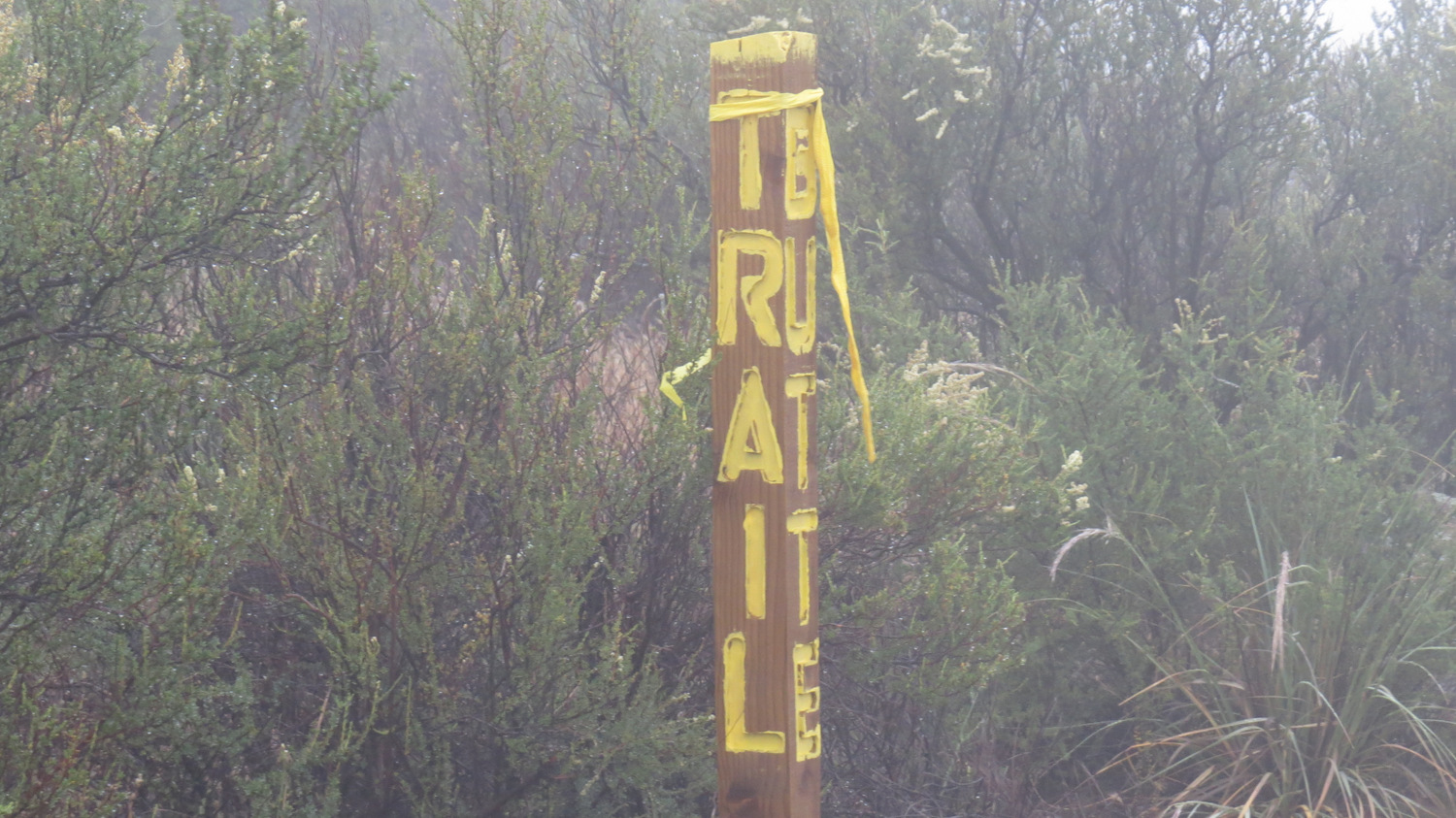 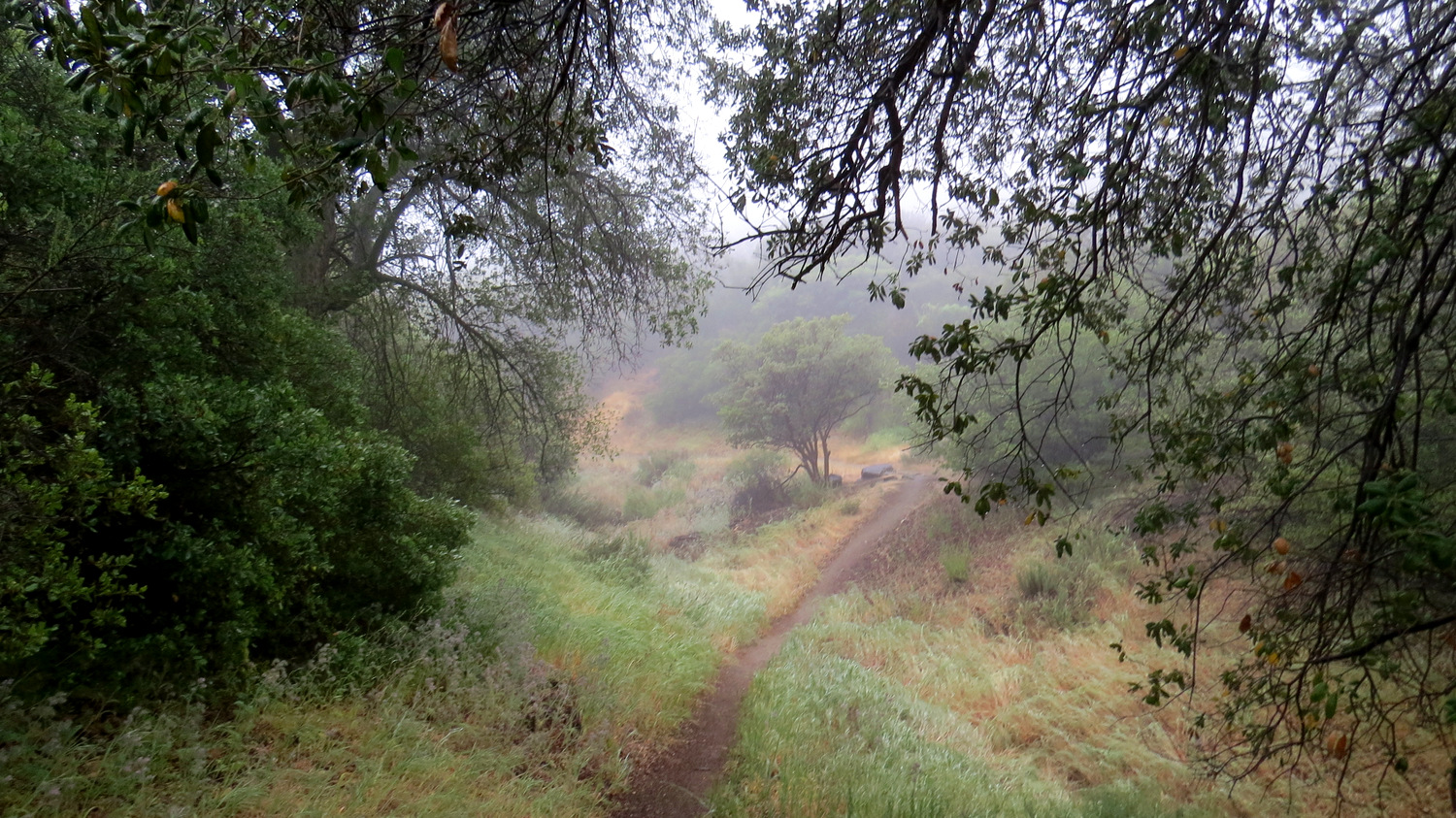 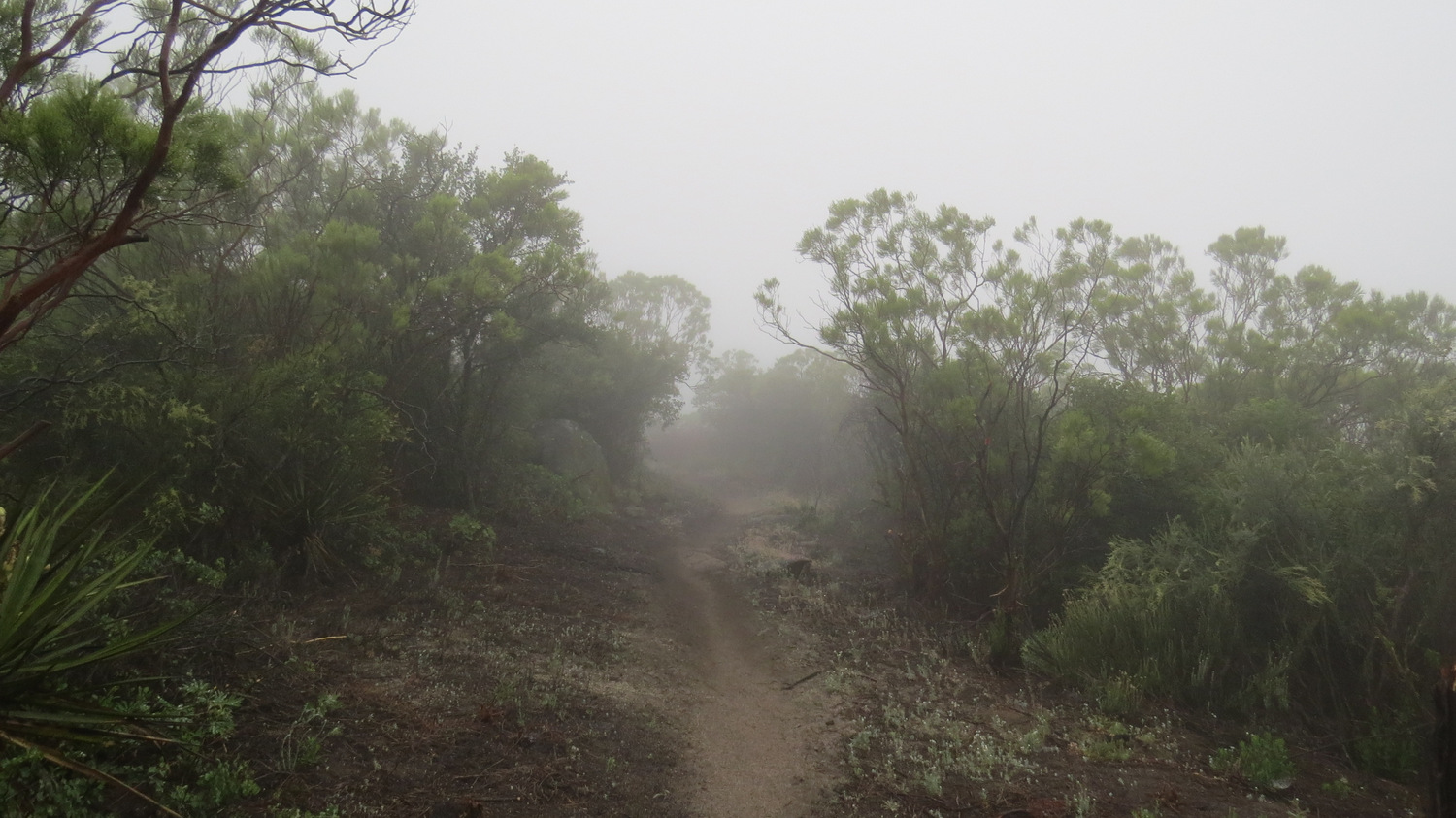 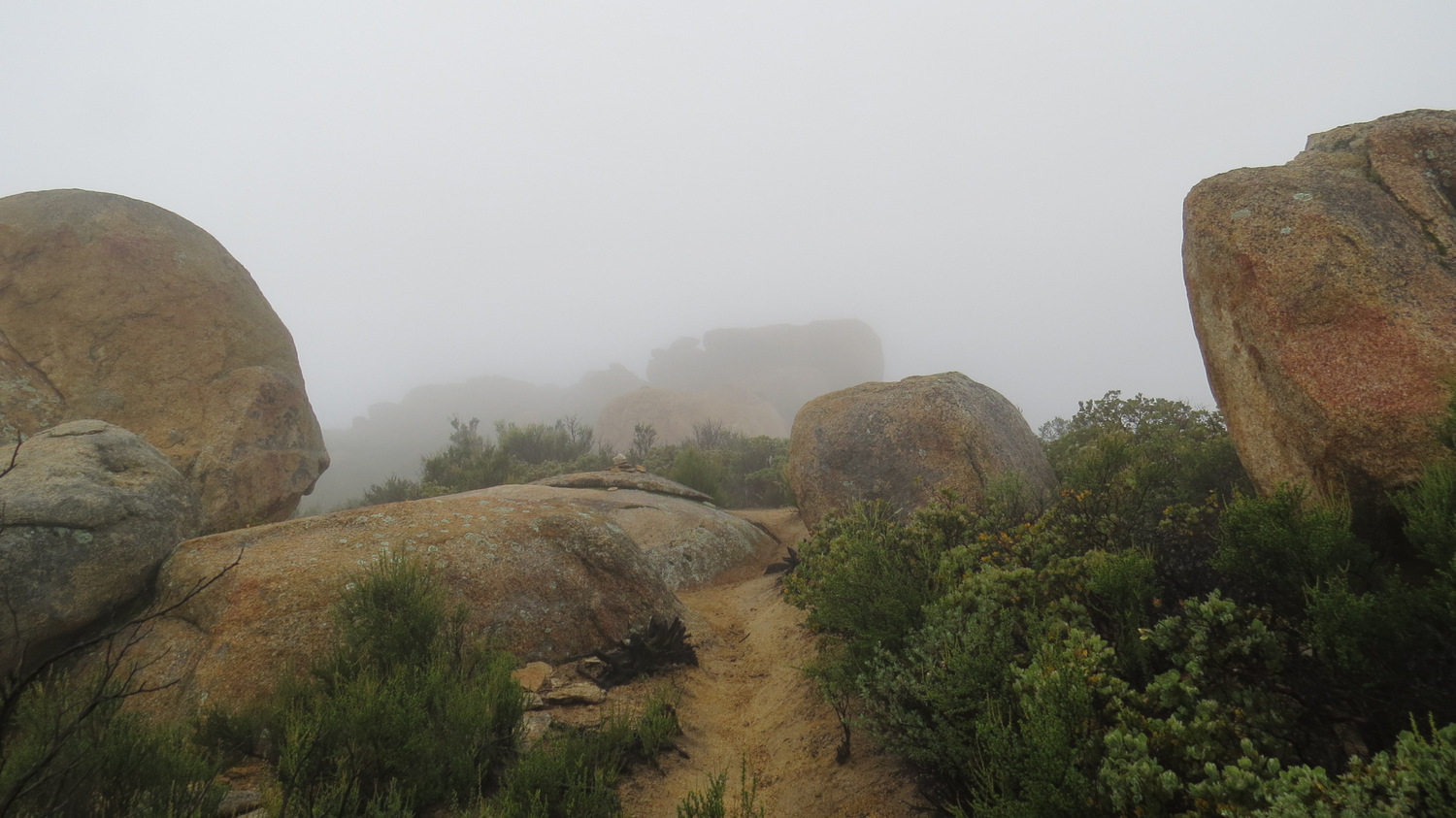 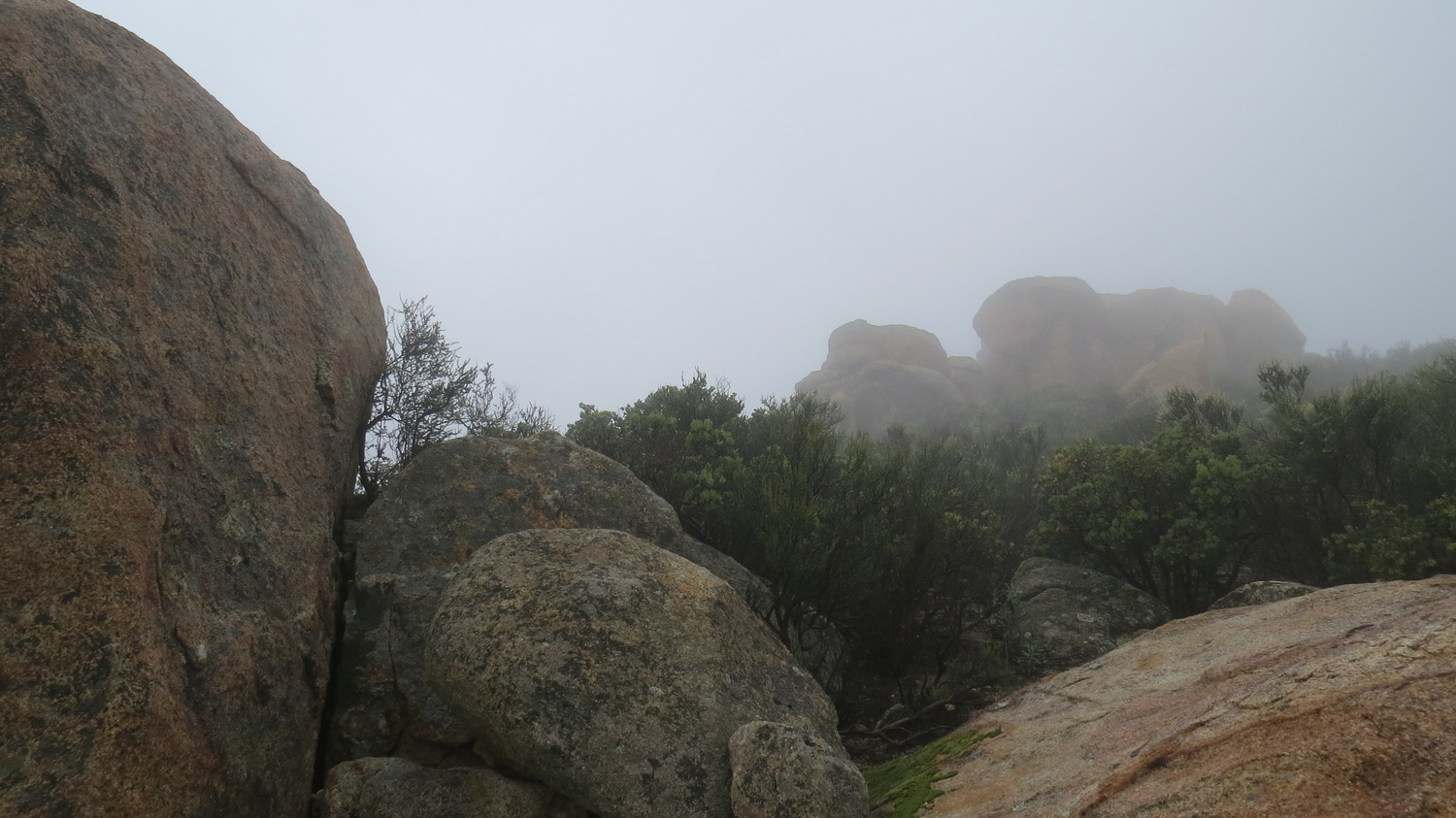 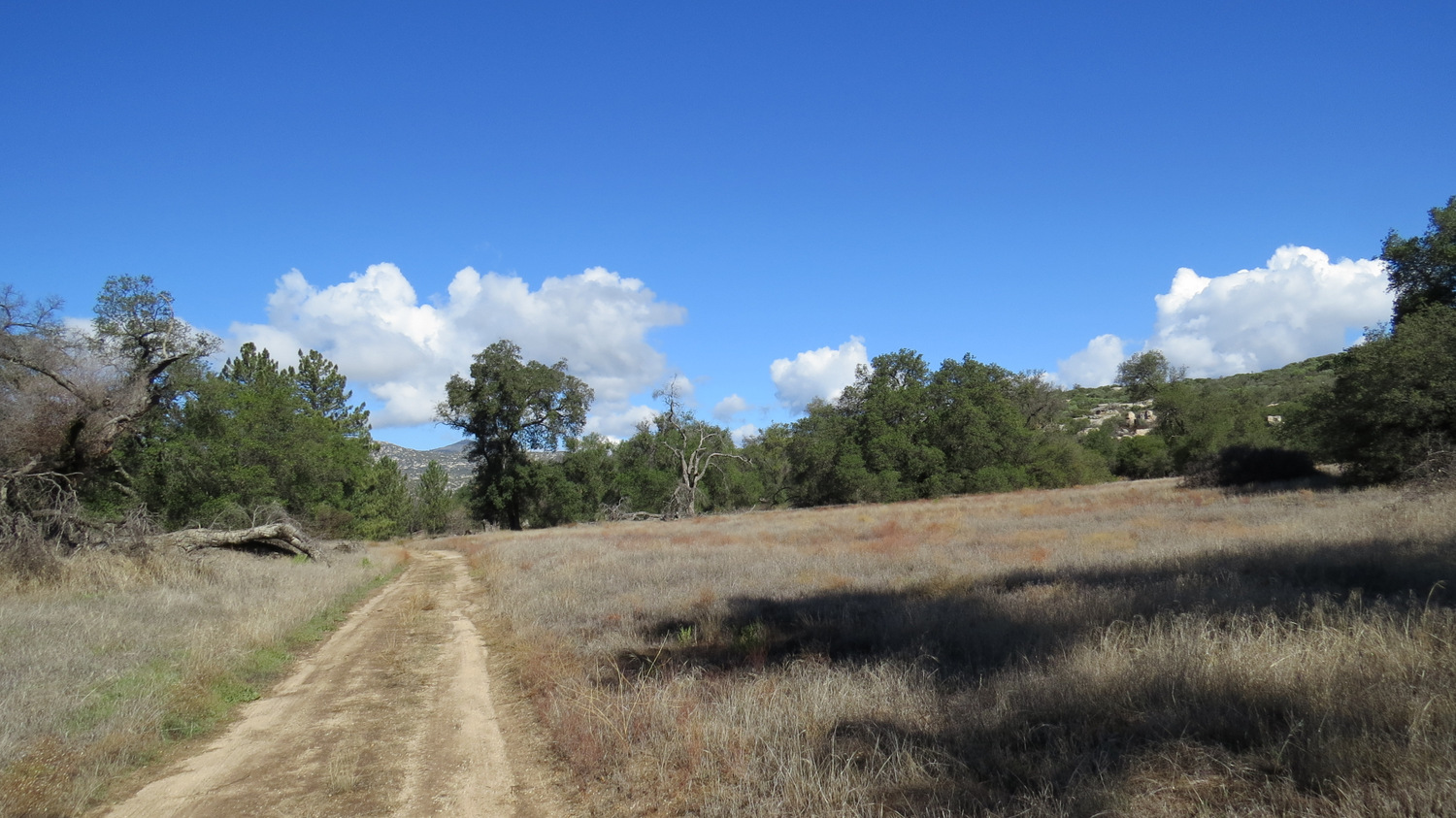 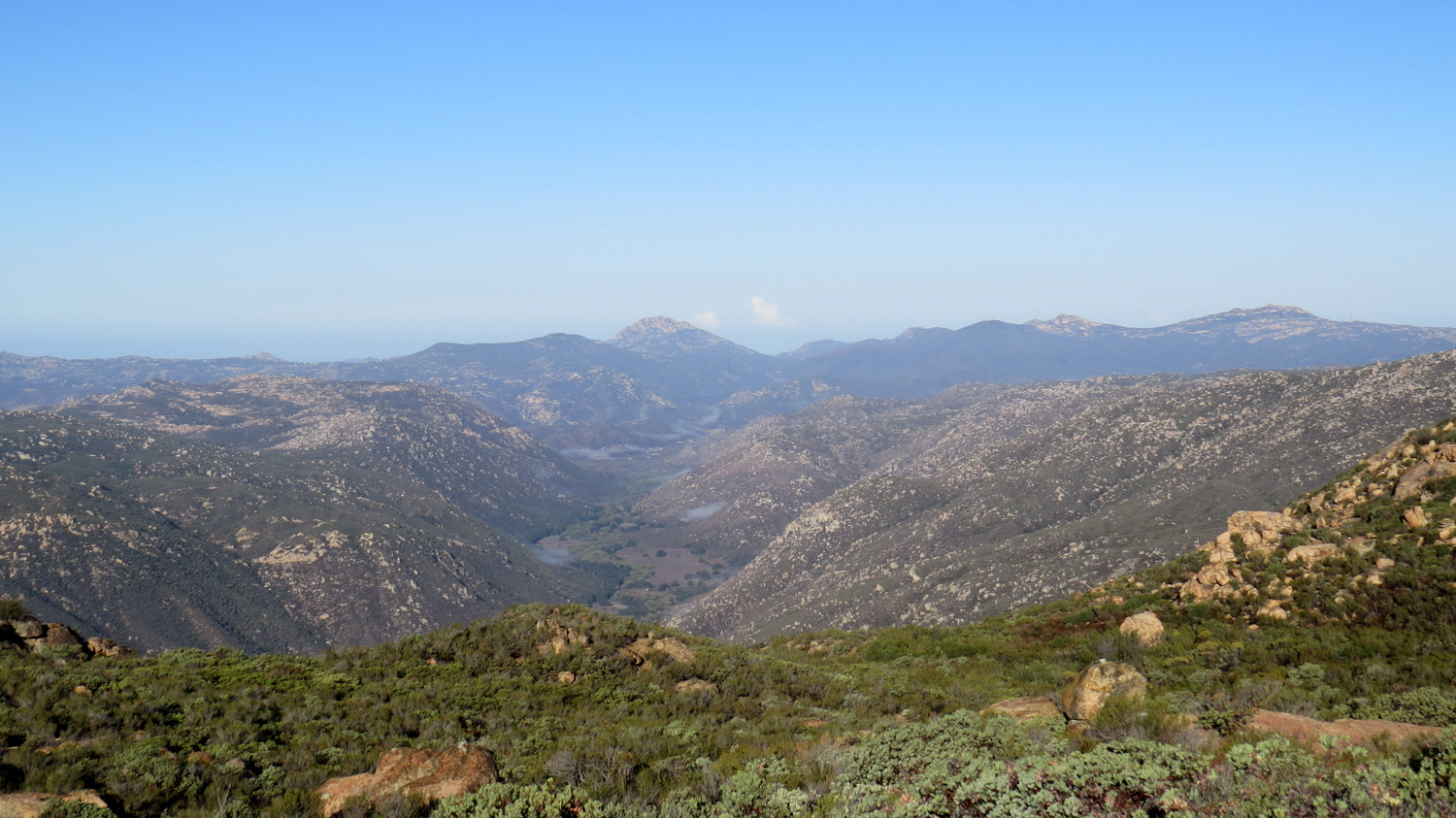 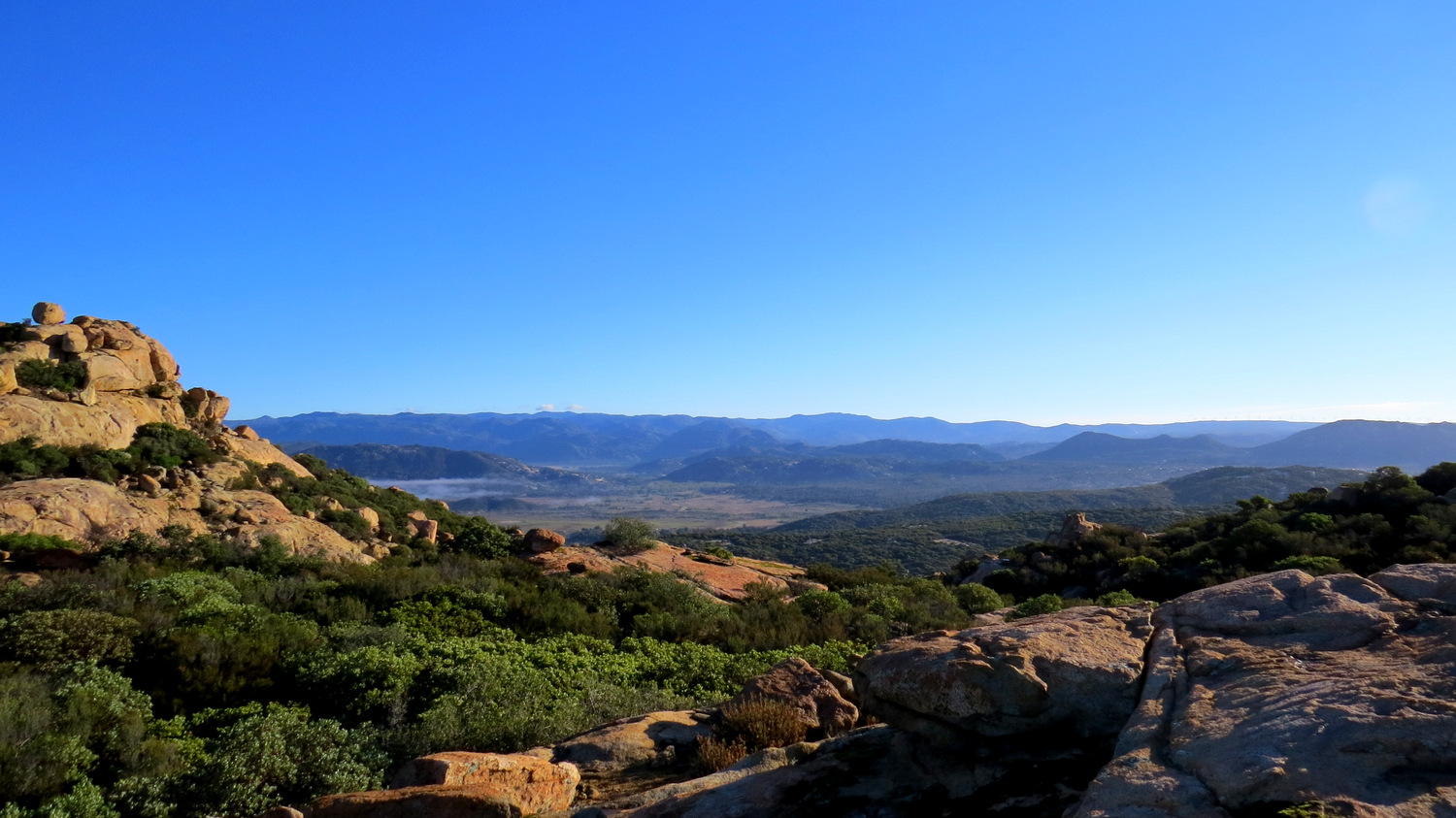 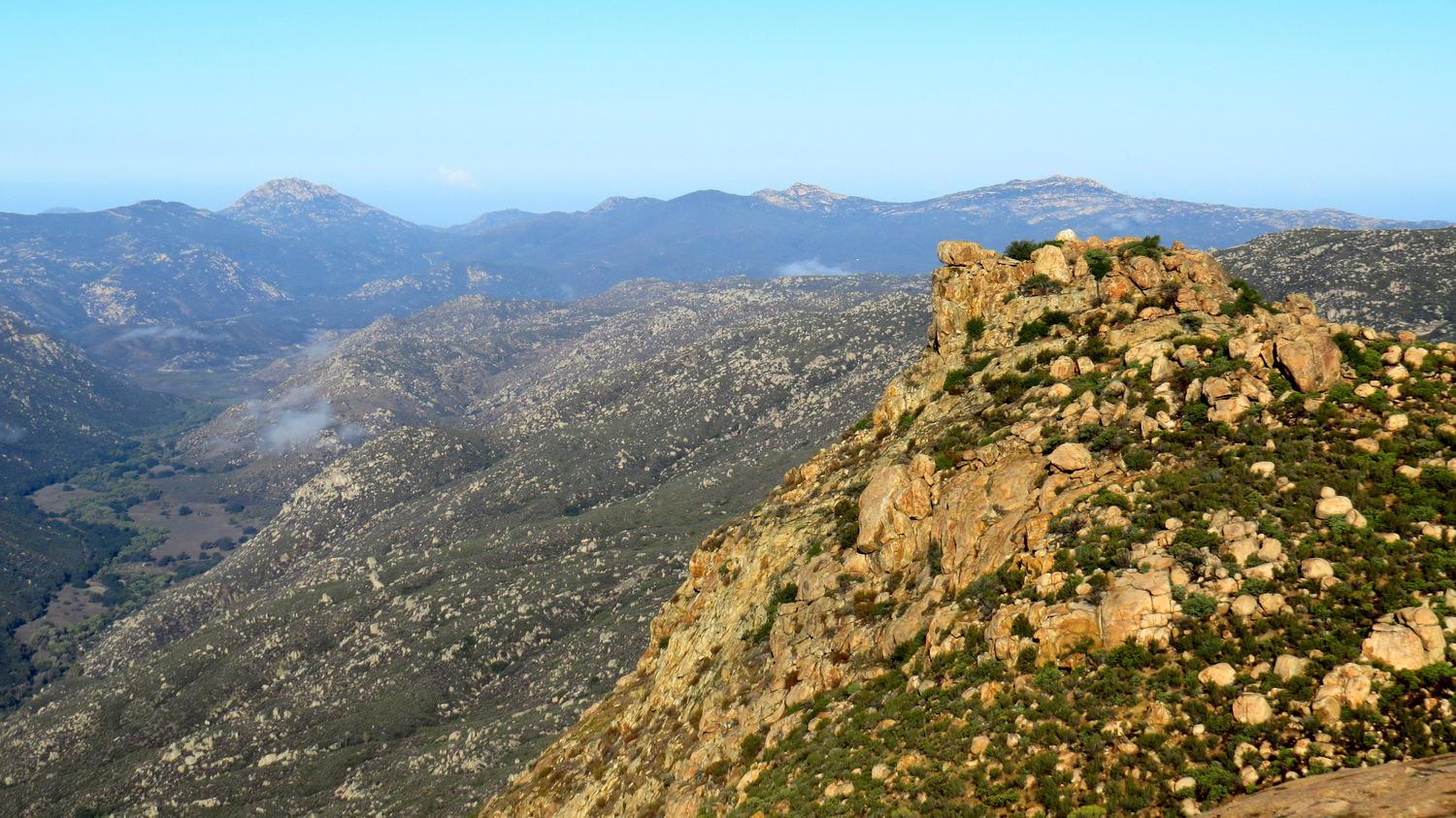 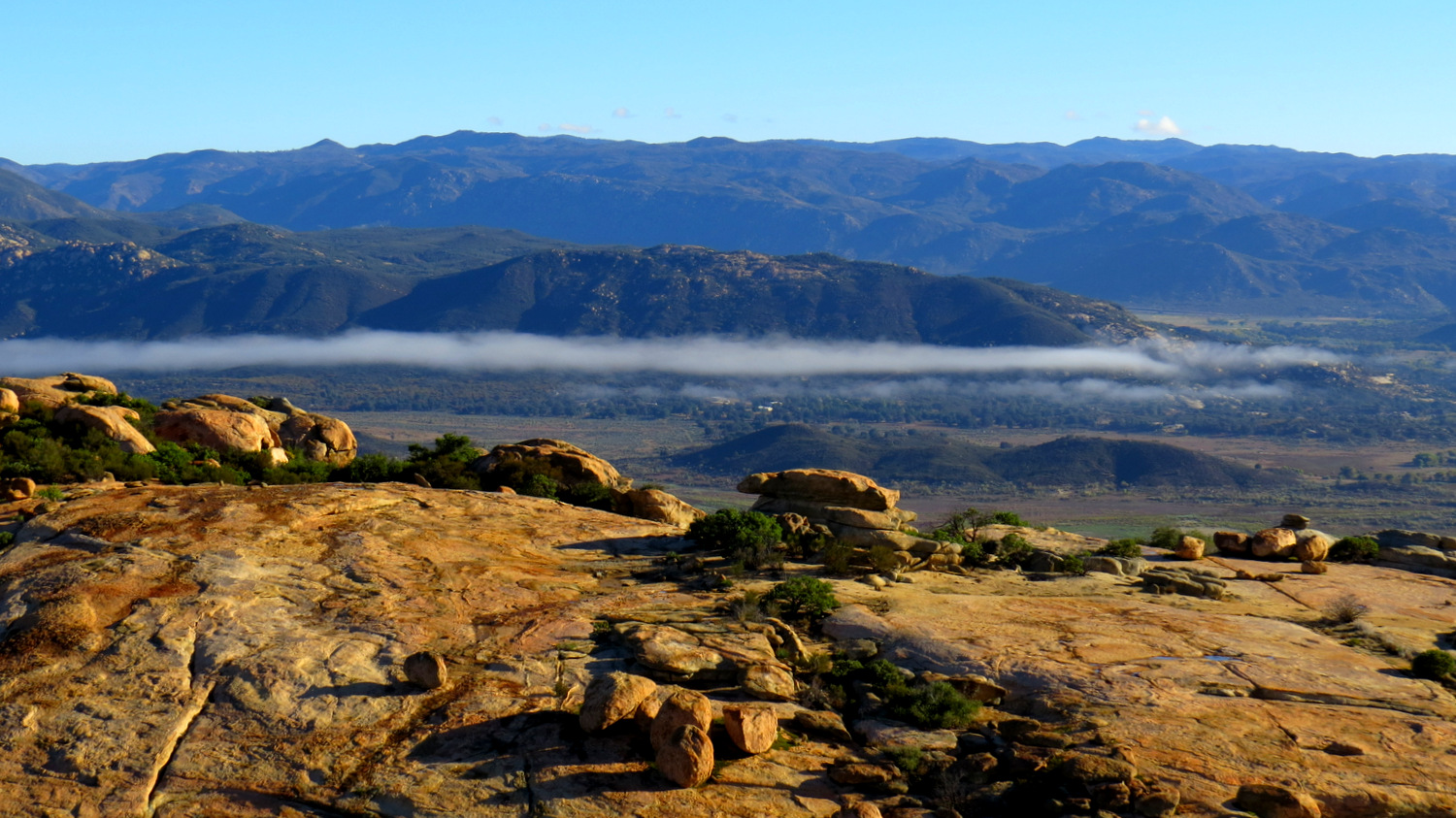 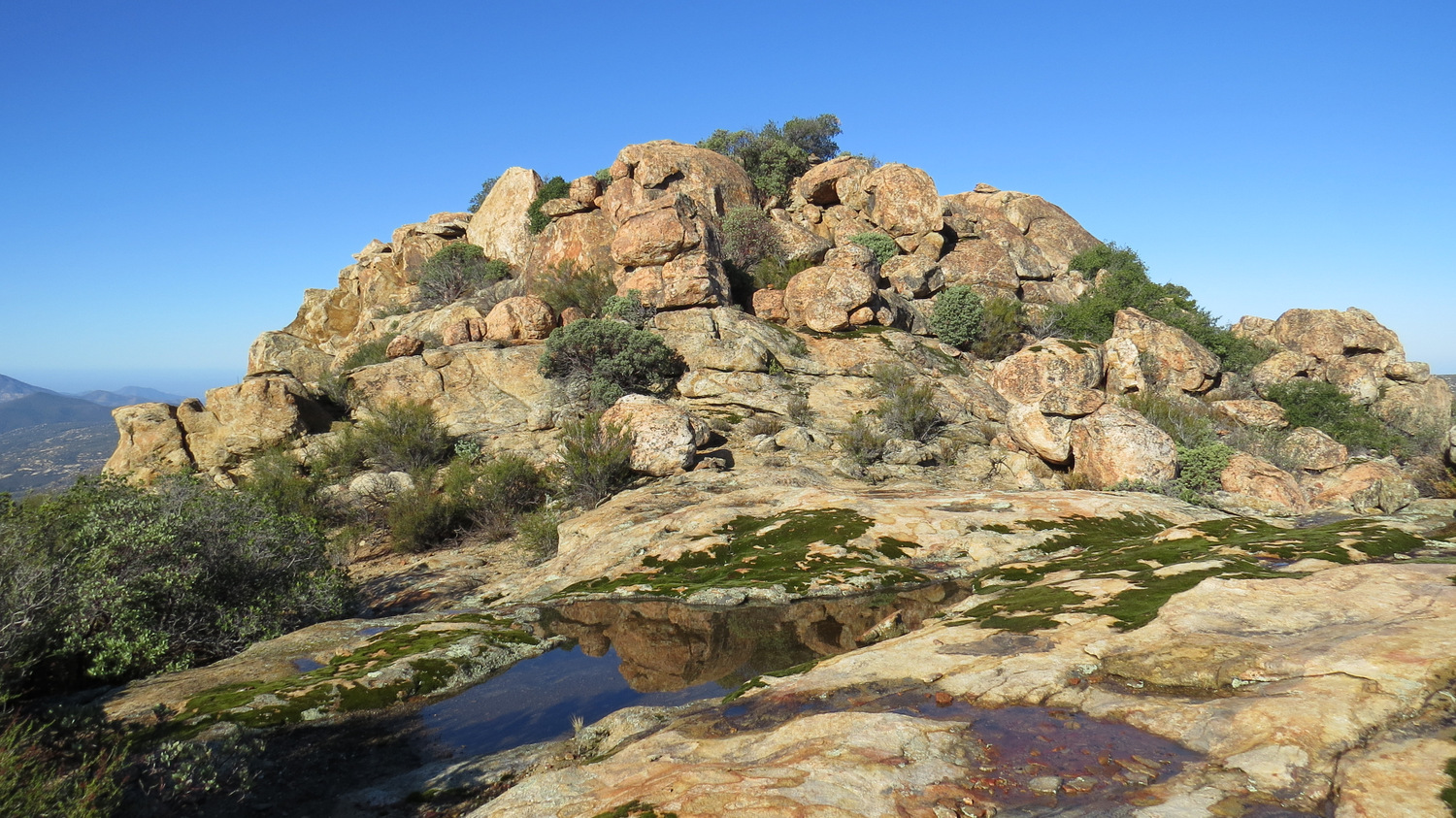 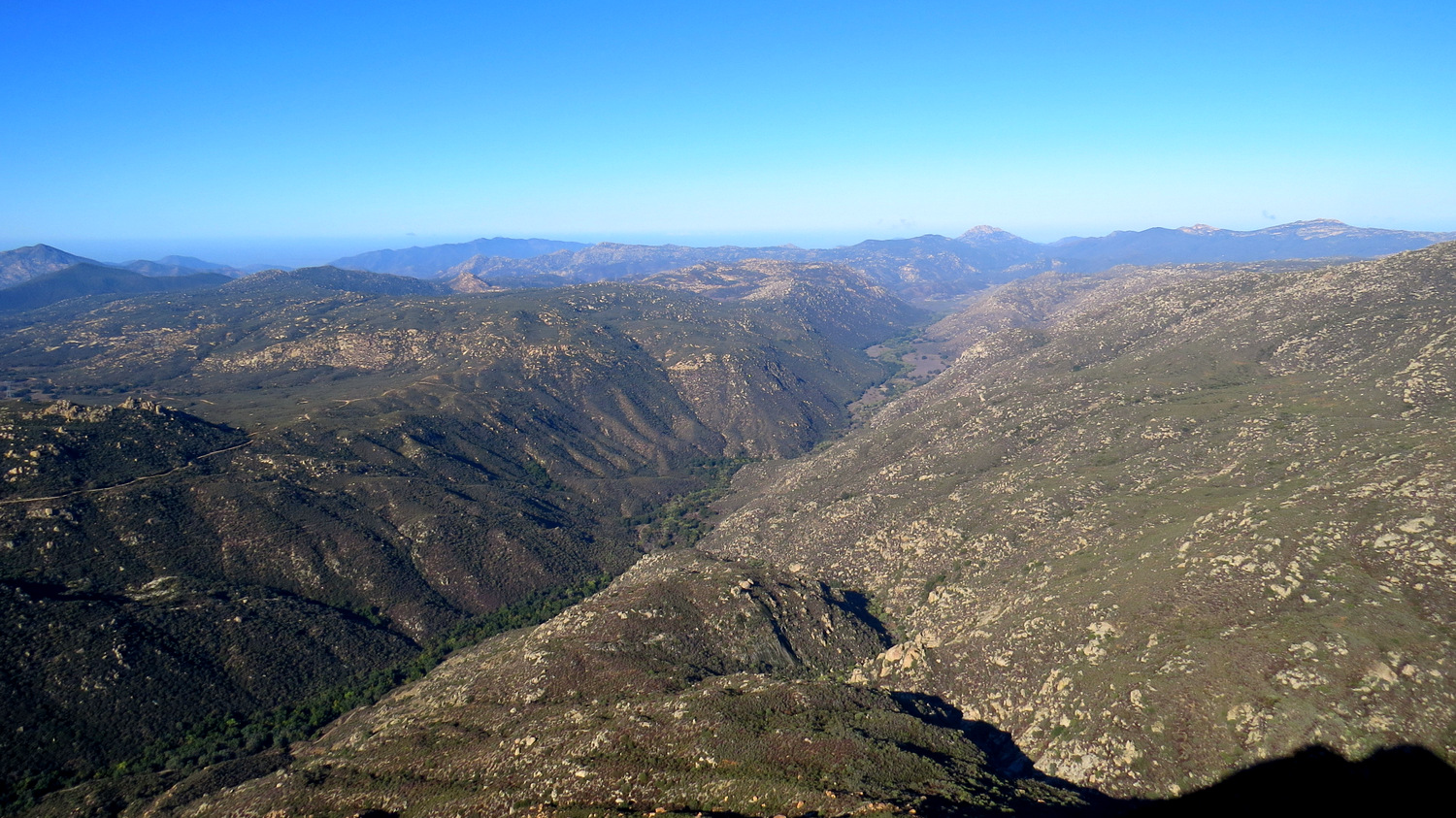 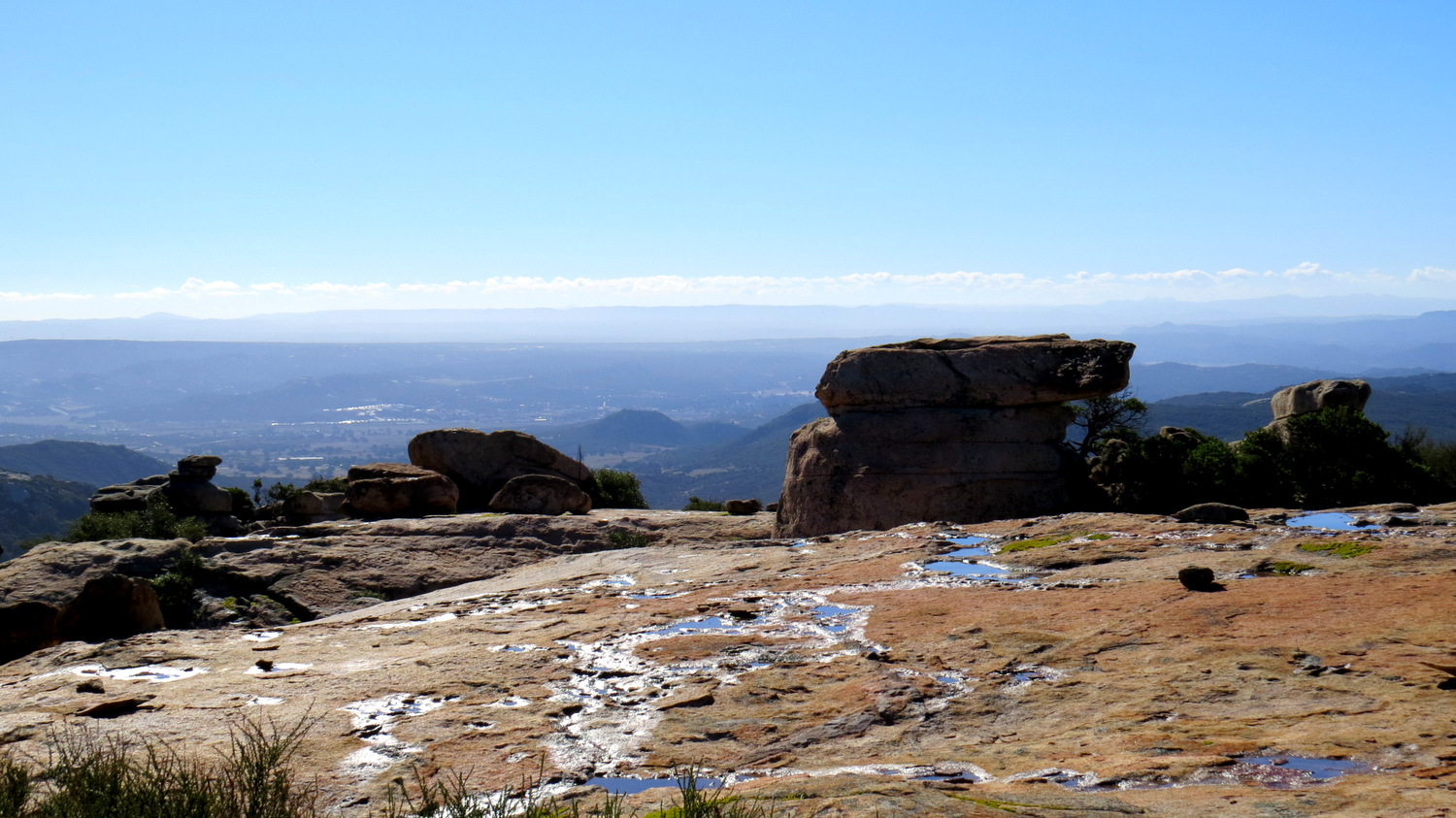 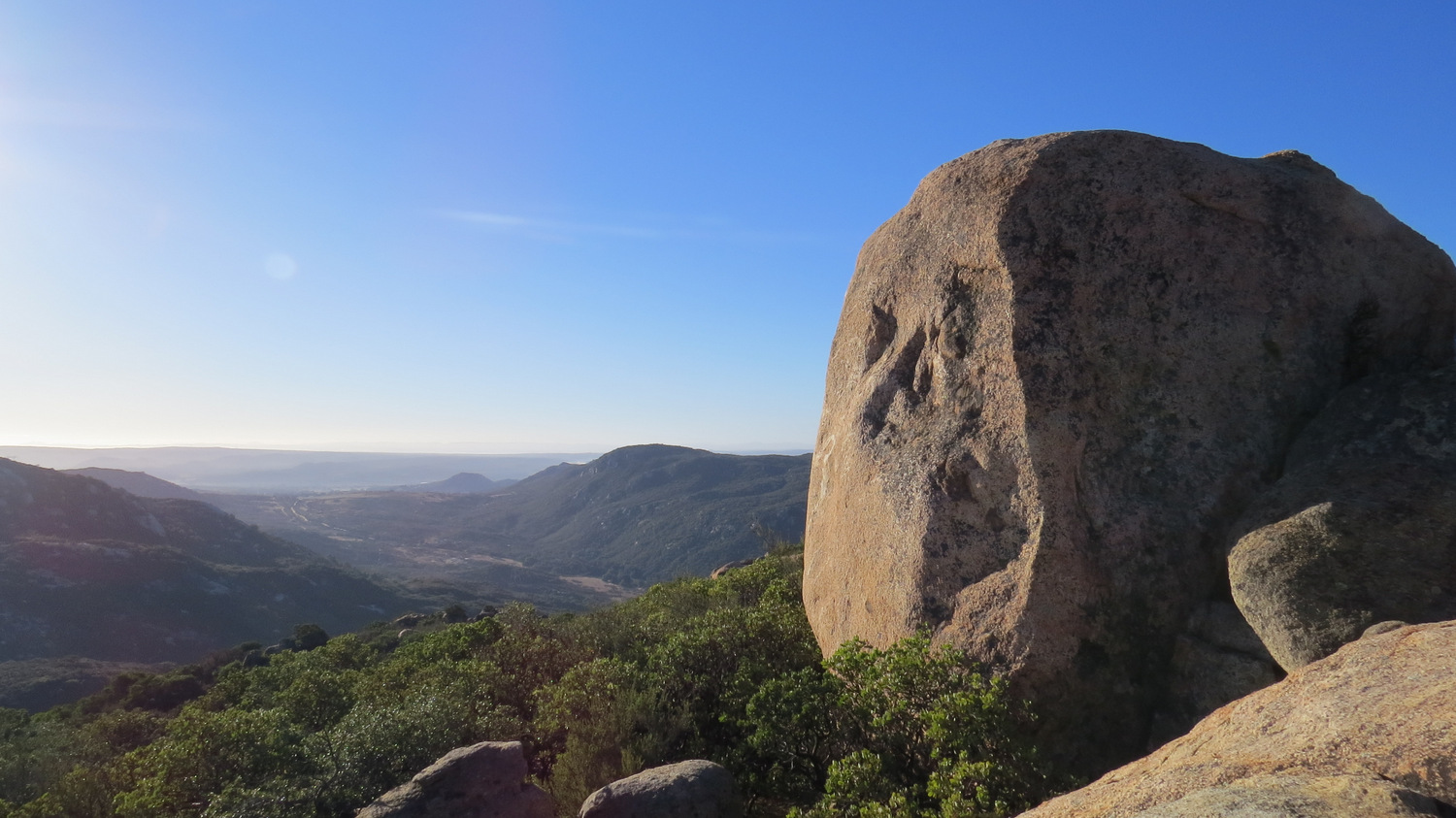 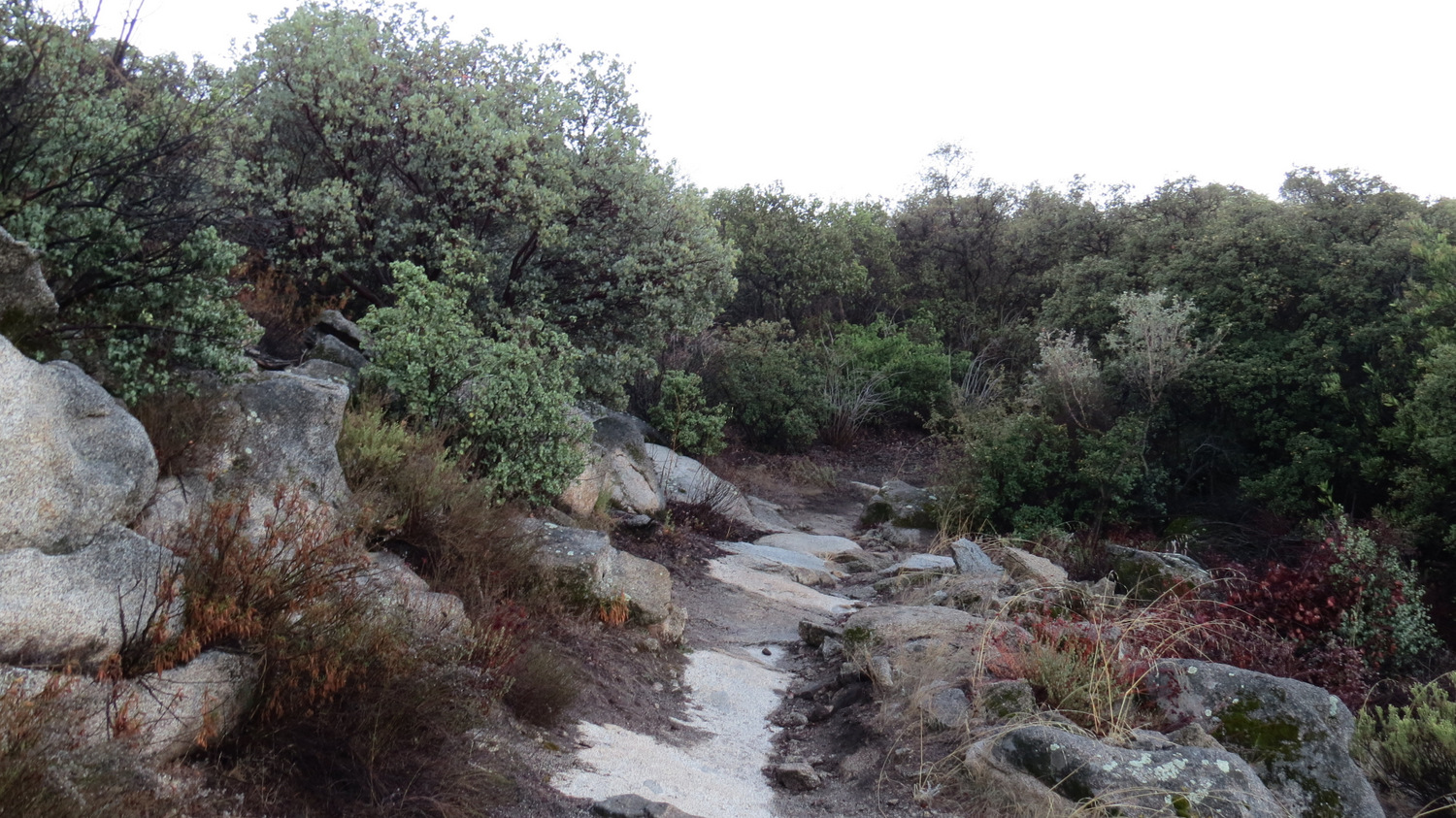 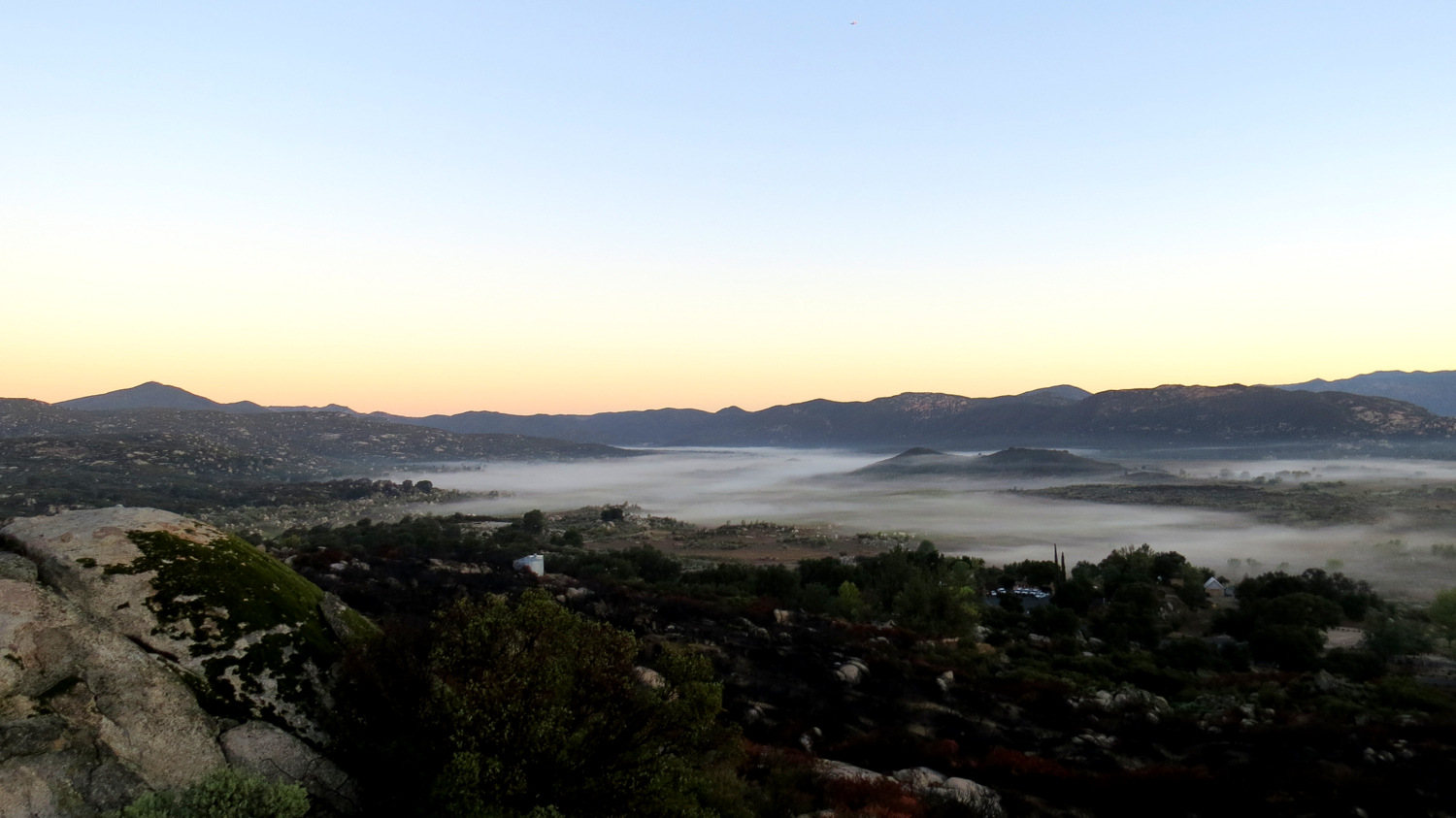 The Pacific Crest Trail is well-traveled, well-maintained, and easy to follow. The same cannot be said for the informal route up to the boute, which follows a rocky, overgrown tread that receives no maintanence. The trails more or less disappear atop the butte, at which point you will conduct the rest of your exploration across granite outcrops.

The closest campground lies just west of the trailhead at Lake Morena County Park. This is your best option for camping, but there are also nearby campgrounds at Boulder Oaks and Cibbets Flat.