Long before the construction of Cedar Grove Road opened up Kings Canyon to tourism, visitors to the area followed an old shepherd’s route past Big Meadow that first passed the rugged summit of Lookout Mountain before descending through dense forest along the Sheep Creek watershed. This old route, named after the pioneering shepherd Don Cecil, still remains in use, albeit of the sporadic kind, allowing access to an impressive panorama encompassing Kings Canyon, the Monarch Divide, and Sentinel Ridge. 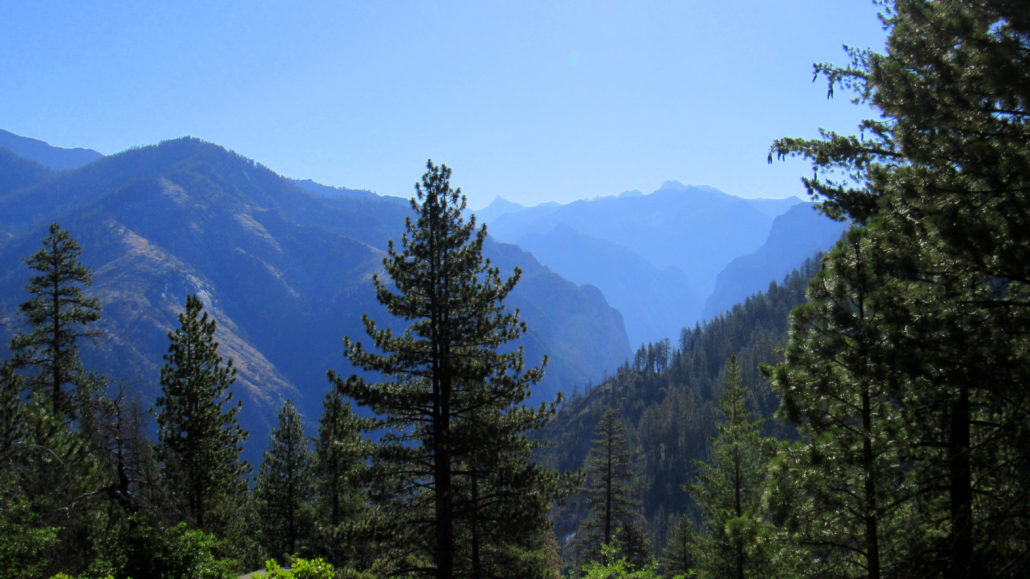 Perhaps around the onset of his love affair with Kings Canyon, John Muir stood upon the rugged summit of Lookout Peak and surveyed the expanse of Kings Canyon. For most early visitors traveling via the old shepherd’s route, and likely for Muir himself, the view from Lookout Peak would be the first taste of the scenic grandeur of the region. Although Muir was sometimes prone to hyperbole when it came to describing views, it is hard to refute his description of the magnificence of the panorama from the lofty heights of Lookout Peak standing 4,000’ above Cedar Grove. In addition to so much grandeur, the hike offers the more subtle pleasure of a secluded cascade where Sheep Creek pours over granite slabs beneath the cool shade of oaks and alders. 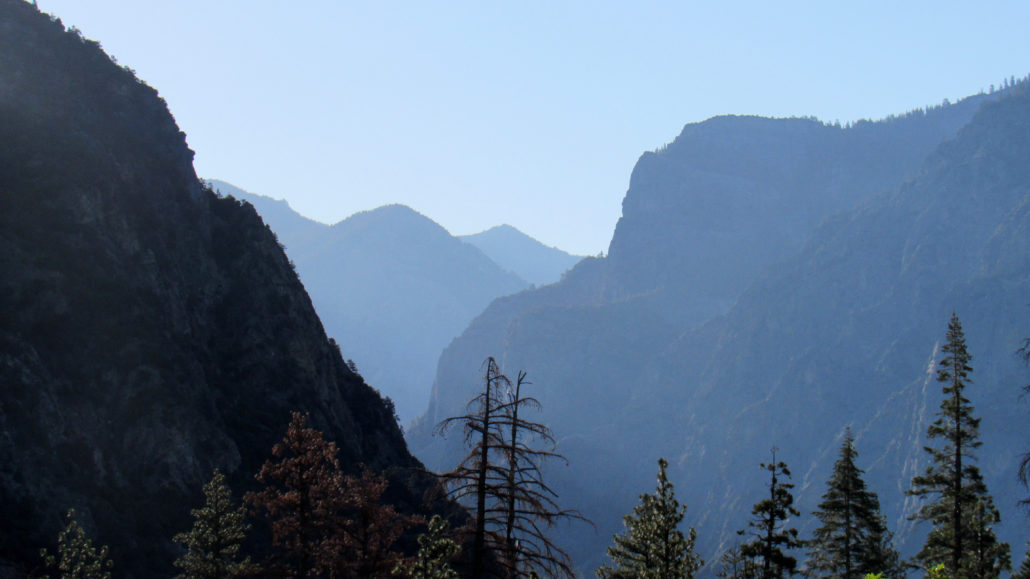 Given the heights and distance involved, hikers should note that this is a challenging dayhike that can become even more challenging when summer’s daytime heat settles into the canyon. Spring and fall temperatures will be far more comfortable, but if you plan to attempt this route between late-June and mid-September, consider the earliest possible start to avoid hiking through the middle elevations during scorching daytime temperatures. 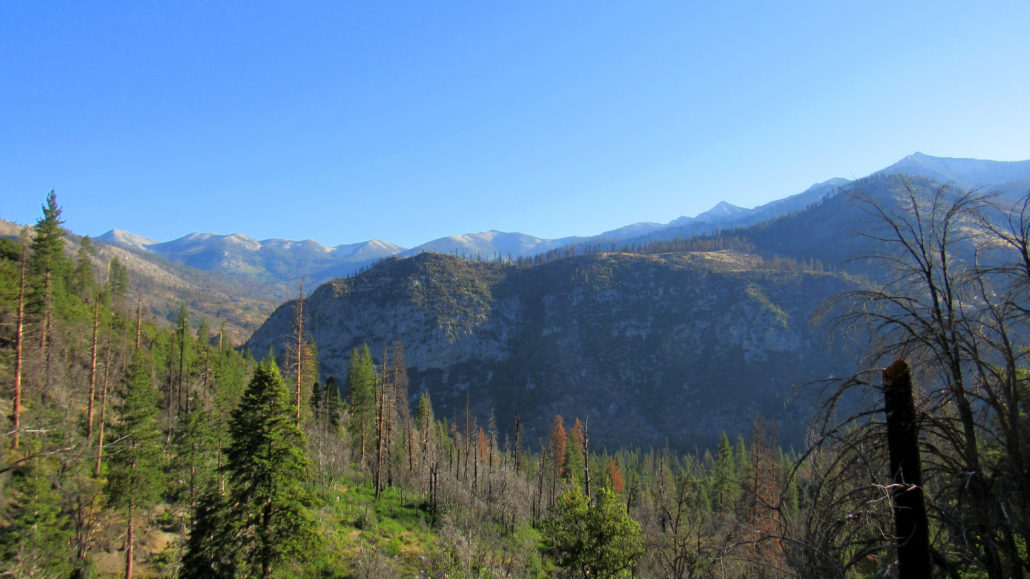 From the day-use parking area, follow the access road to the campground back to the main Cedar Grove Lodge road. Cross the road south of the bridge and continue along the access trail leading to the highway. Cross the highway to reach the signed Don Cecil Trail. 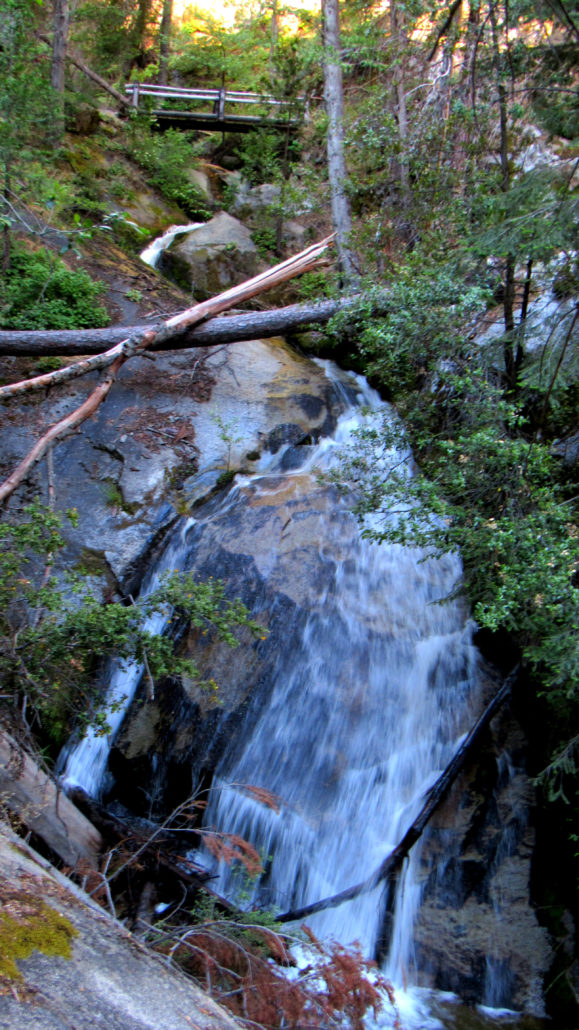 From the trailhead, continue first south and then west uphill through ponderosa pine, oak, and cedar forest. The trail crosses a dirt access road leading to the Kings Canyon Heliport. Cross the road to continue along the trail as it ascends obliquely through forest cover above Sheep Creek below. At 0.9 mile, the trail reaches a wooden bridge across Sheep Creek where the water tumbles over granite within a picturesque grotto. If you’re looking for a fairly easy dayhike, and you are only interested in the waterfall, this is a good spot to turn back. 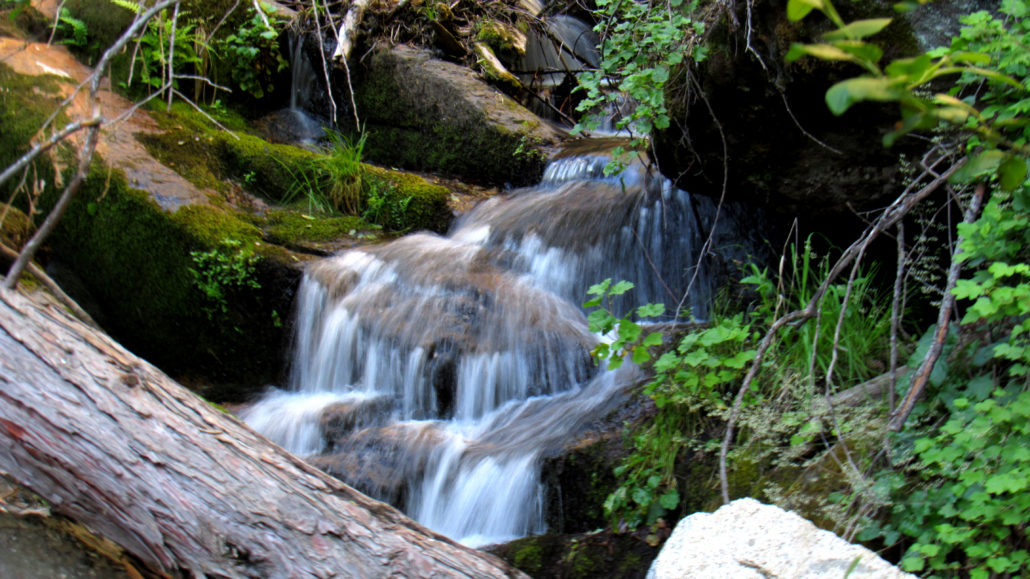 The foot traffic from Cedar Grove that does seek out the waterfall diminishes to the merest trickle beyond the bridge as the trail begins climbing the ridge dividing the main fork of Sheep Creek from a major tributary to the east. The trail switchbacks along the slope, passing at times through open forest with a fragrant carpet of mountain misery on south-facing slopes and dense forest on the north slopes. 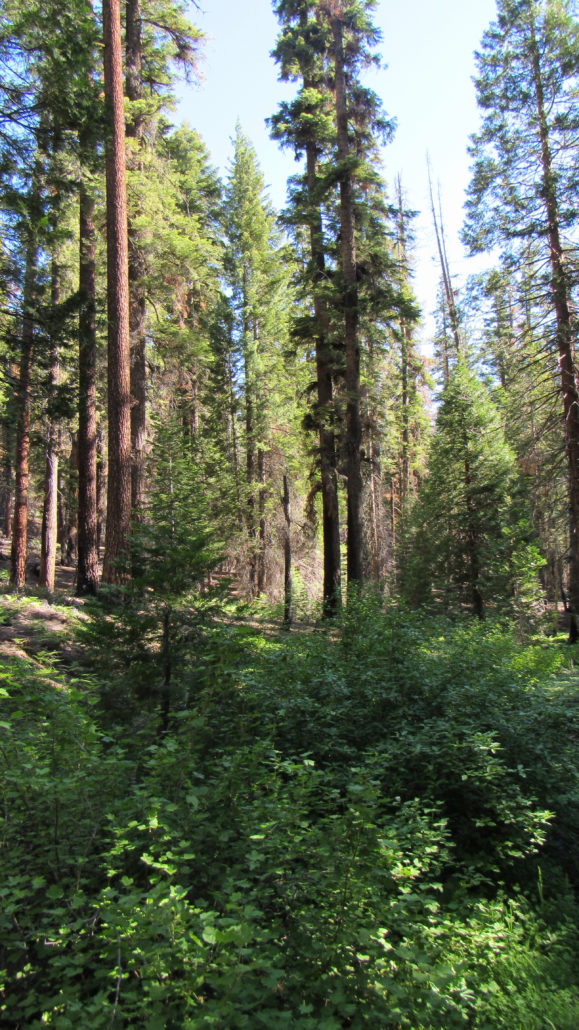 At 3.4 miles, the trail drops down to cross the tributary for Sheep Creek. The trail bends north through a spacious flat area before climbing up to Lookout Peak’s summit ridge. Up to this point, there will not be a lot of views to speak of, but once the trail reaches the ridge and begins to follow its spine, views down Kings Canyon emerge. Around the same time, the trail enters a burn zone from a 2010 fire that licked the east slopes of Lookout Peak. The reduction in tree cover allows for an open view as the trail climbs up to a saddle near the boundary of the National Park and Sequoia National Forest. 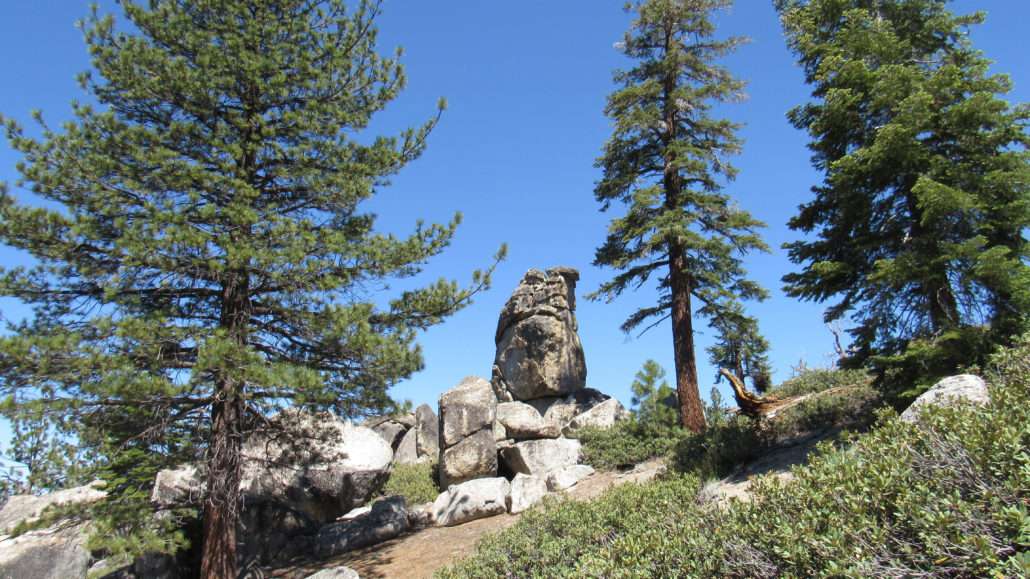 The Scramble to the Top

From the spacious saddle, find the faint, sketchy trail that winds its way up to the summit of Lookout Peak. A handful of brown posts mark the beginning of the trail, which gets harder to follow as it wraps around the southwest side of the peak to thread through boulders before making the steep ascent to the rocky summit. 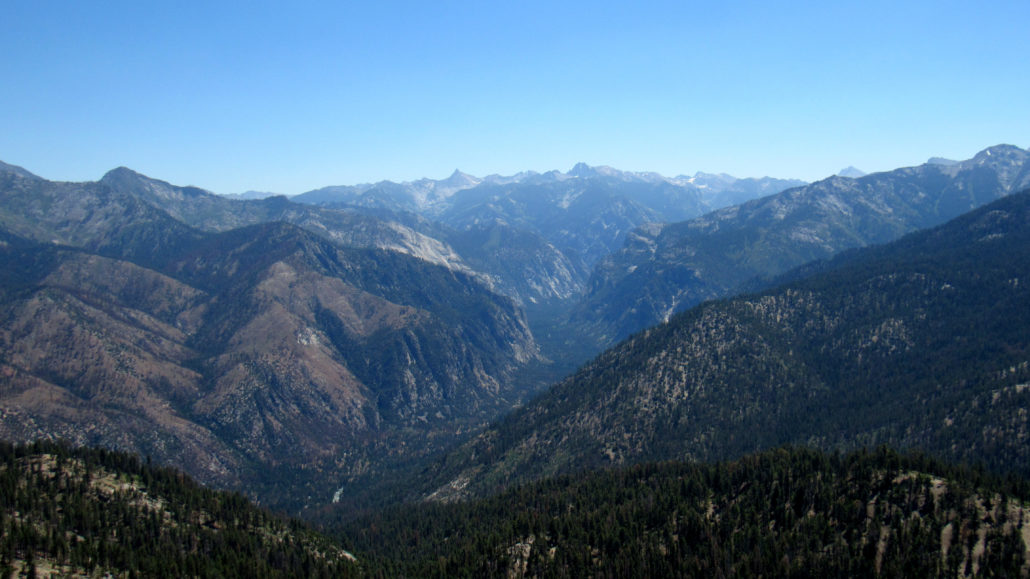 Attaining the peak requires a fair amount of scrambling, and hikers uncomfortable with that sort of maneuvering may be satisfied stopping at a relatively flat section beneath a pair of radio towers. From this point, you can continue scrambling up to the top, but the true summit will require a few moments of scrambling. 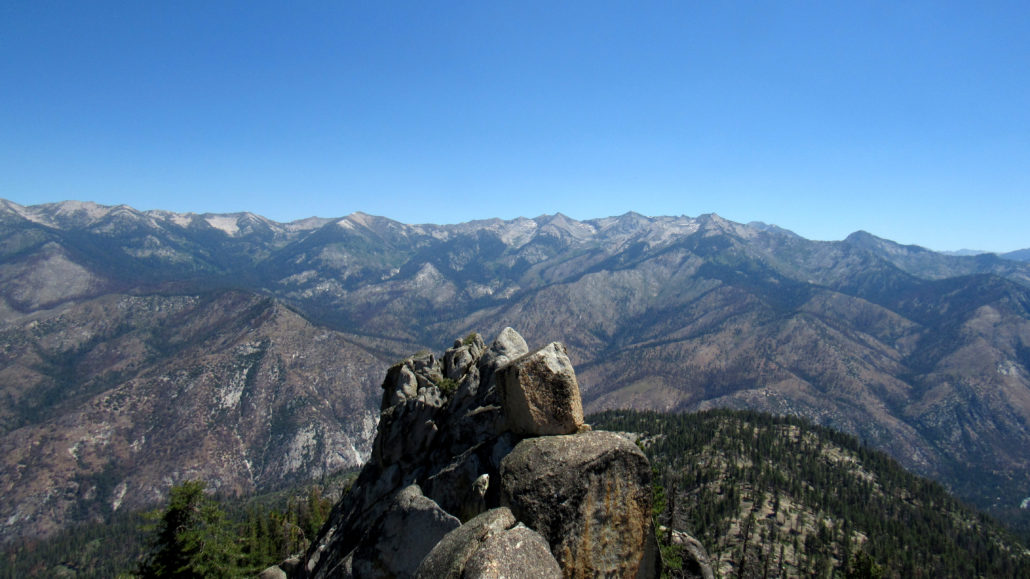 You can continue west along a dirt road to the edge of Summit Meadow about .5 mile from the summit. USGS topographic maps indicate the presence of a trail heading south to Marvin Pass and Mitchell Peak. When I scouted this route, I was unable to find the trail, which has likely been abandoned for some time. Hikers with solid navigation skills could follow the trail south into the Jennie Lakes Wilderness to attain the even loftier summit of Mitchell Peak. 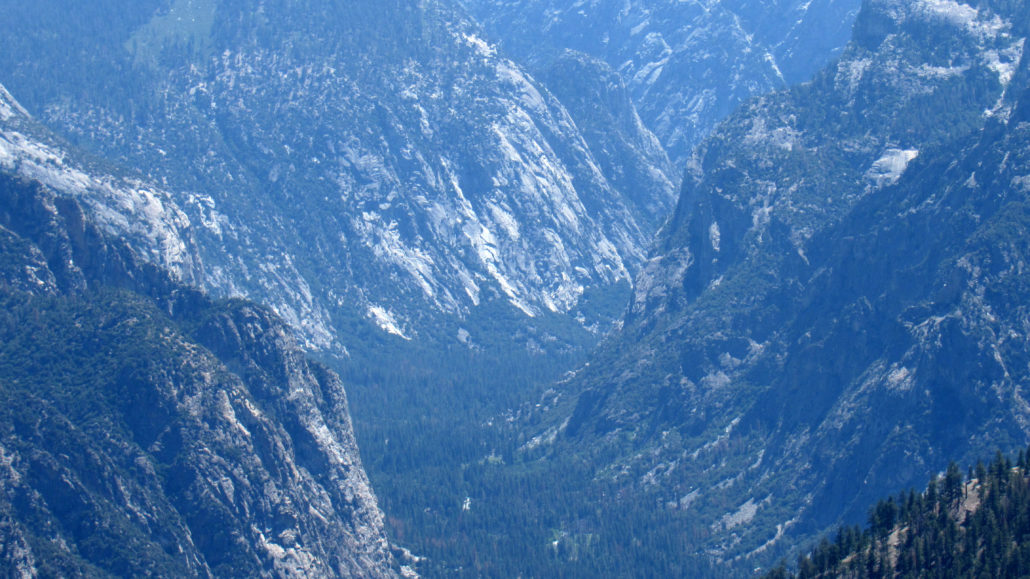 Otherwise, retrace your steps down the mountain and back to Cedar Grove. Pro Tip: Cedar Grove Lodge has some pretty decent food. I’m fond/nostalgic of the chicken caesar salad wrap and potato salad following a long, strenuous hike. 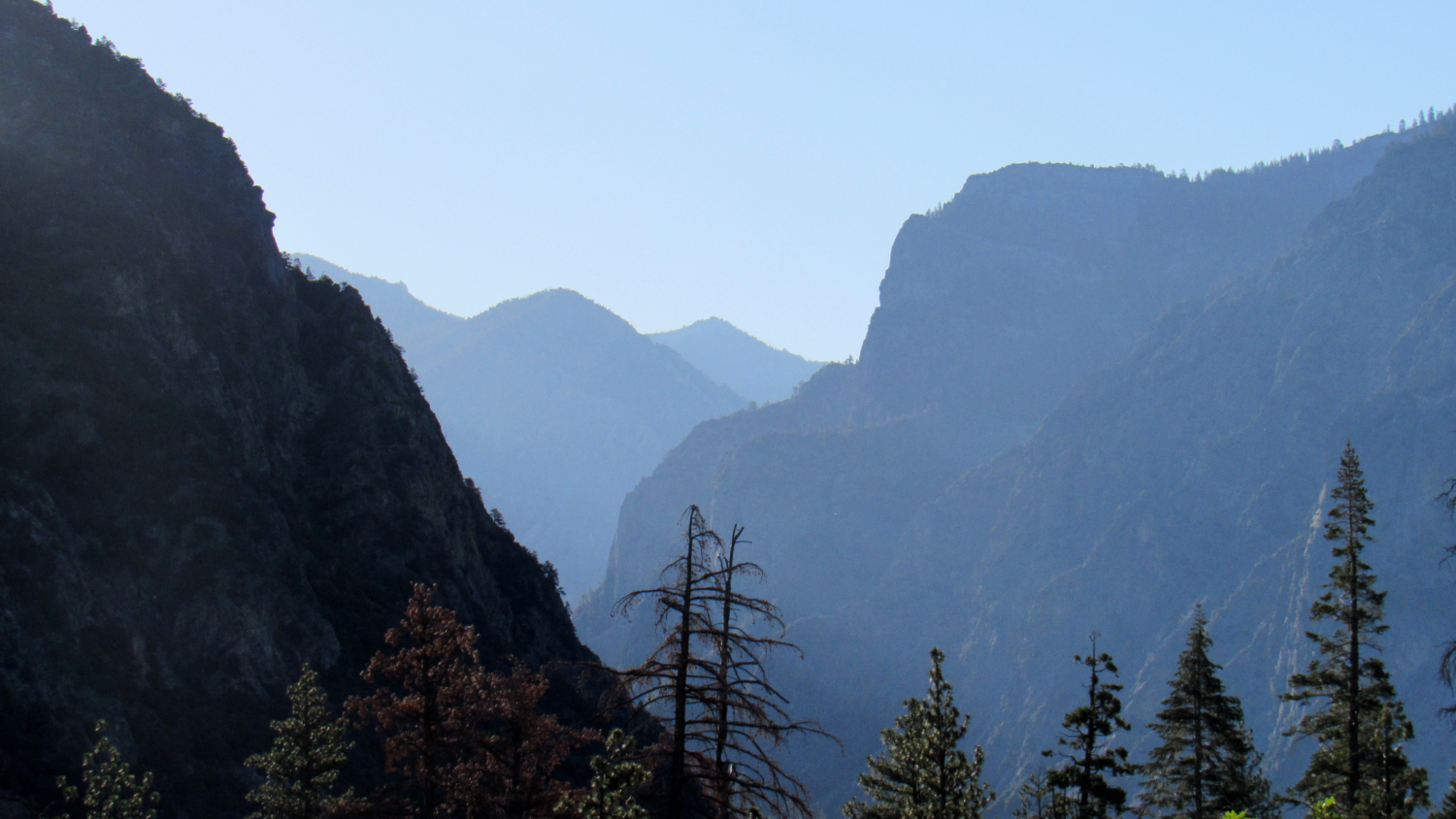 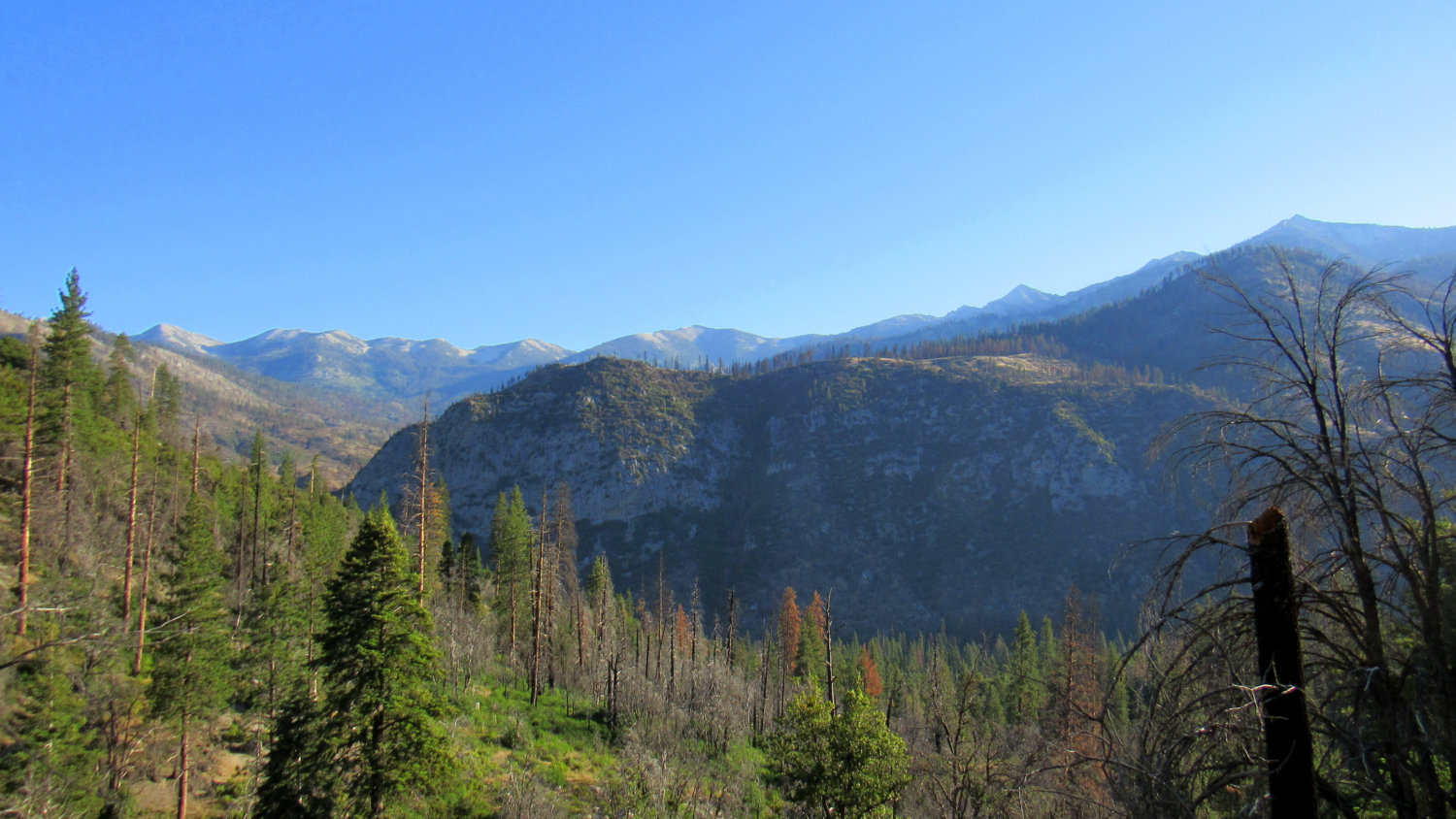 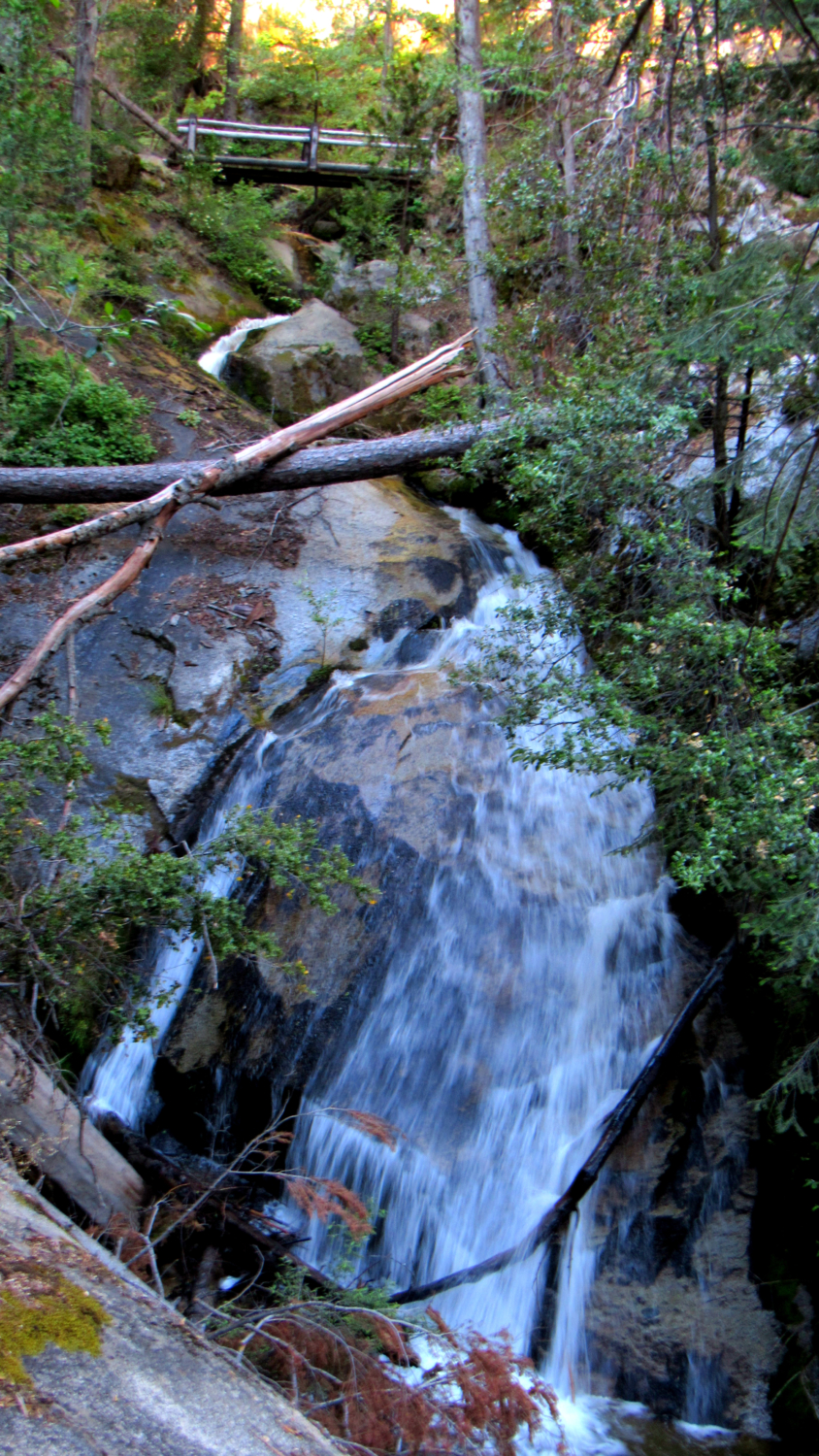 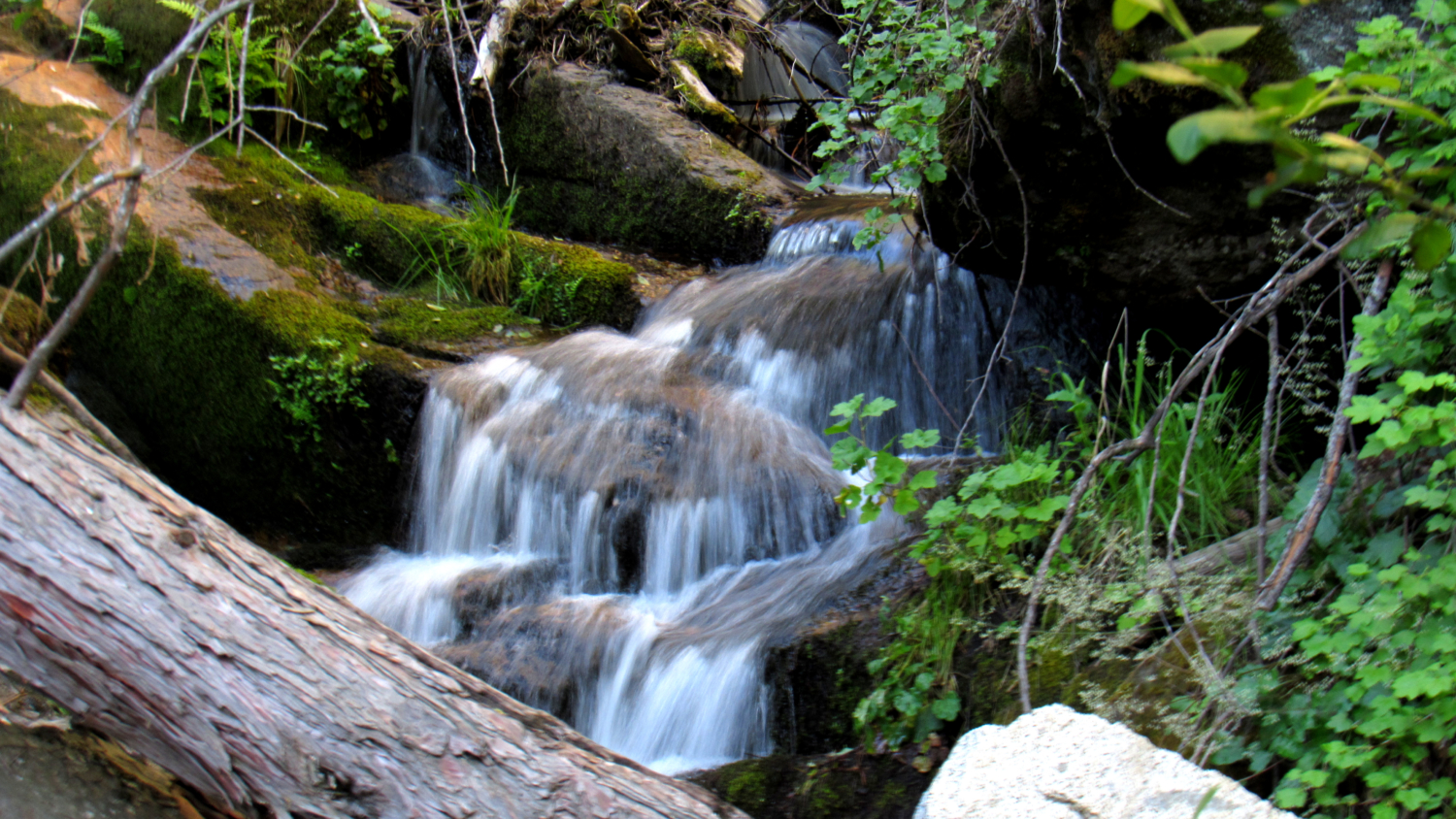 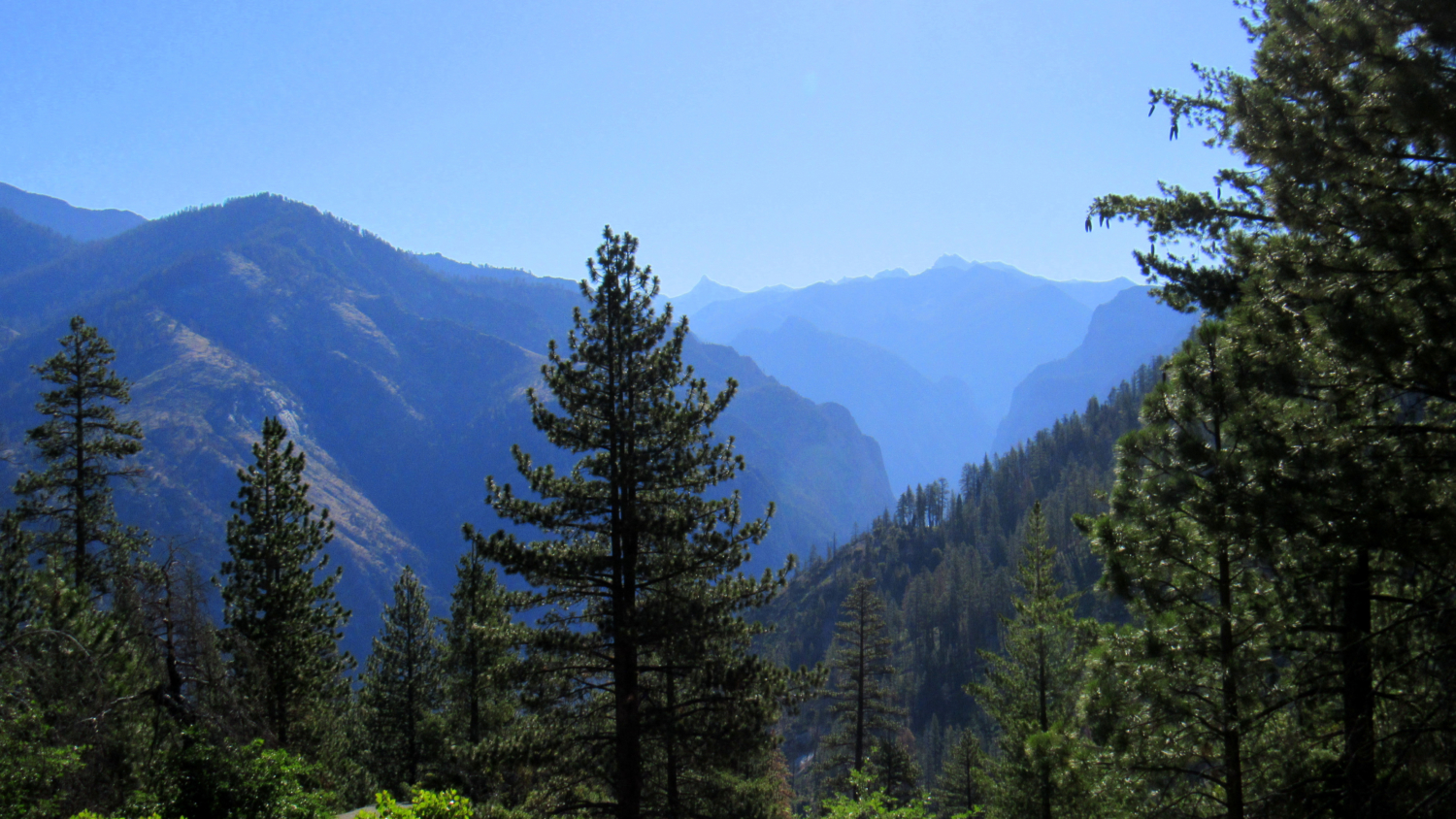 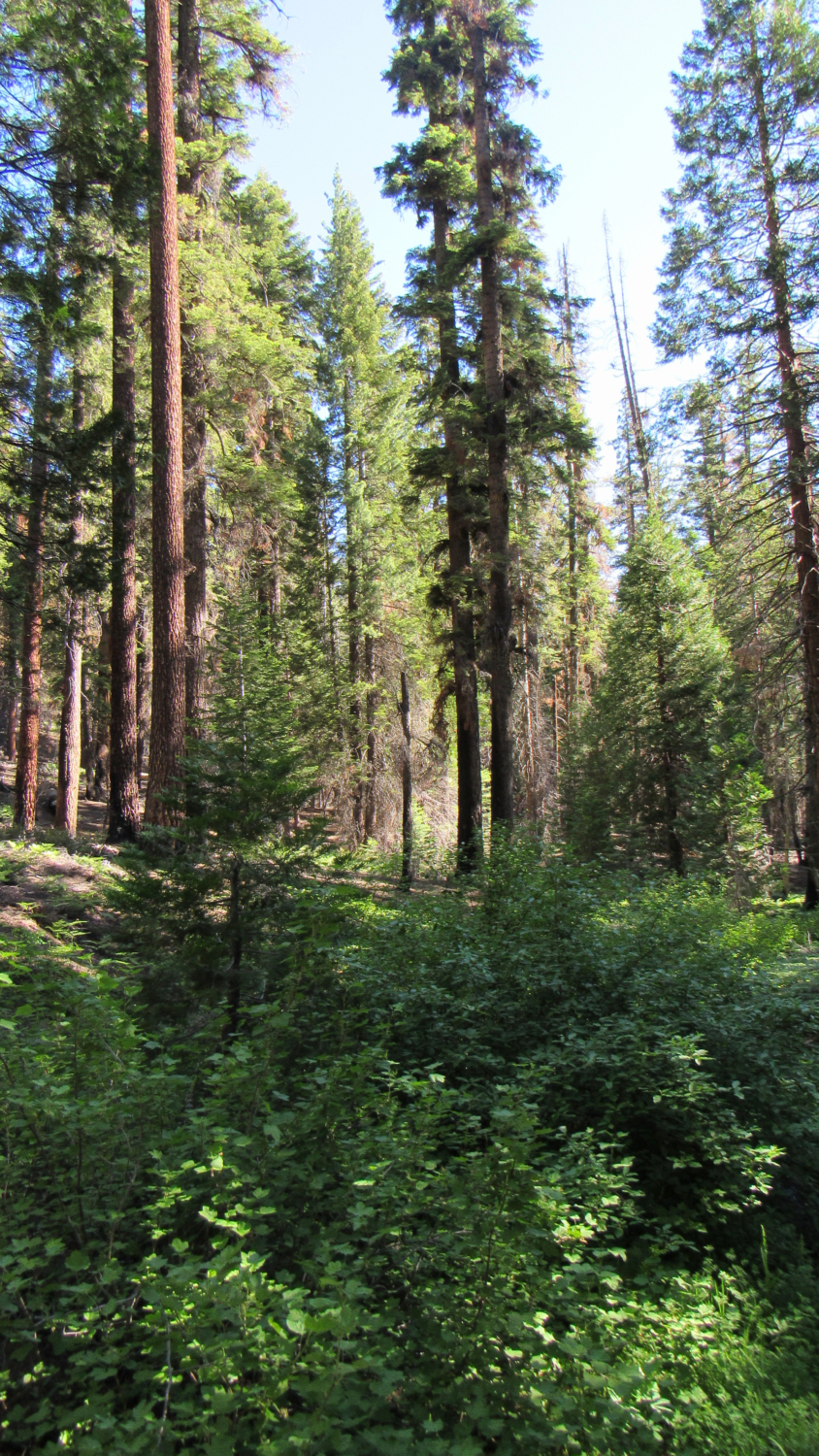 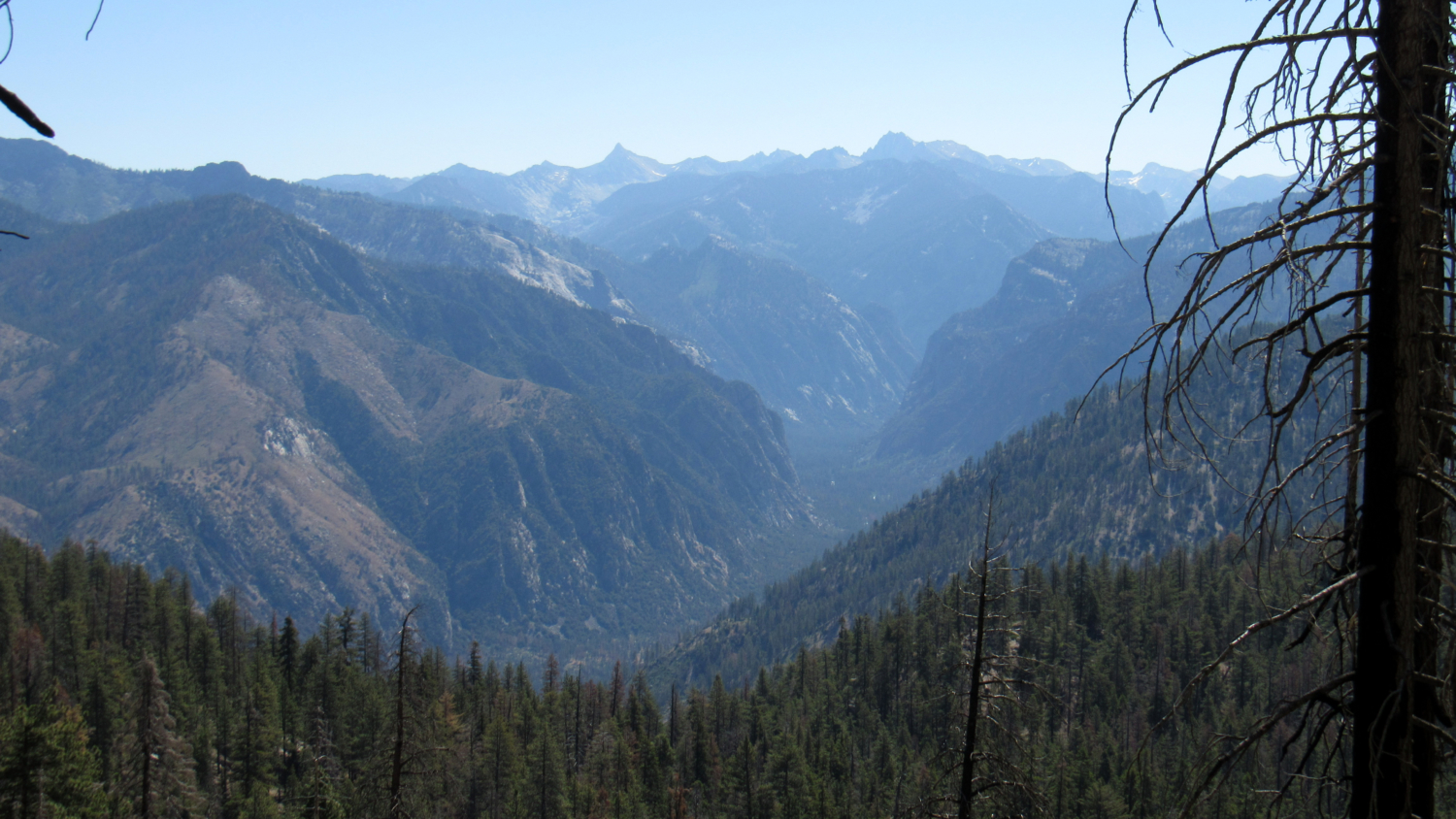 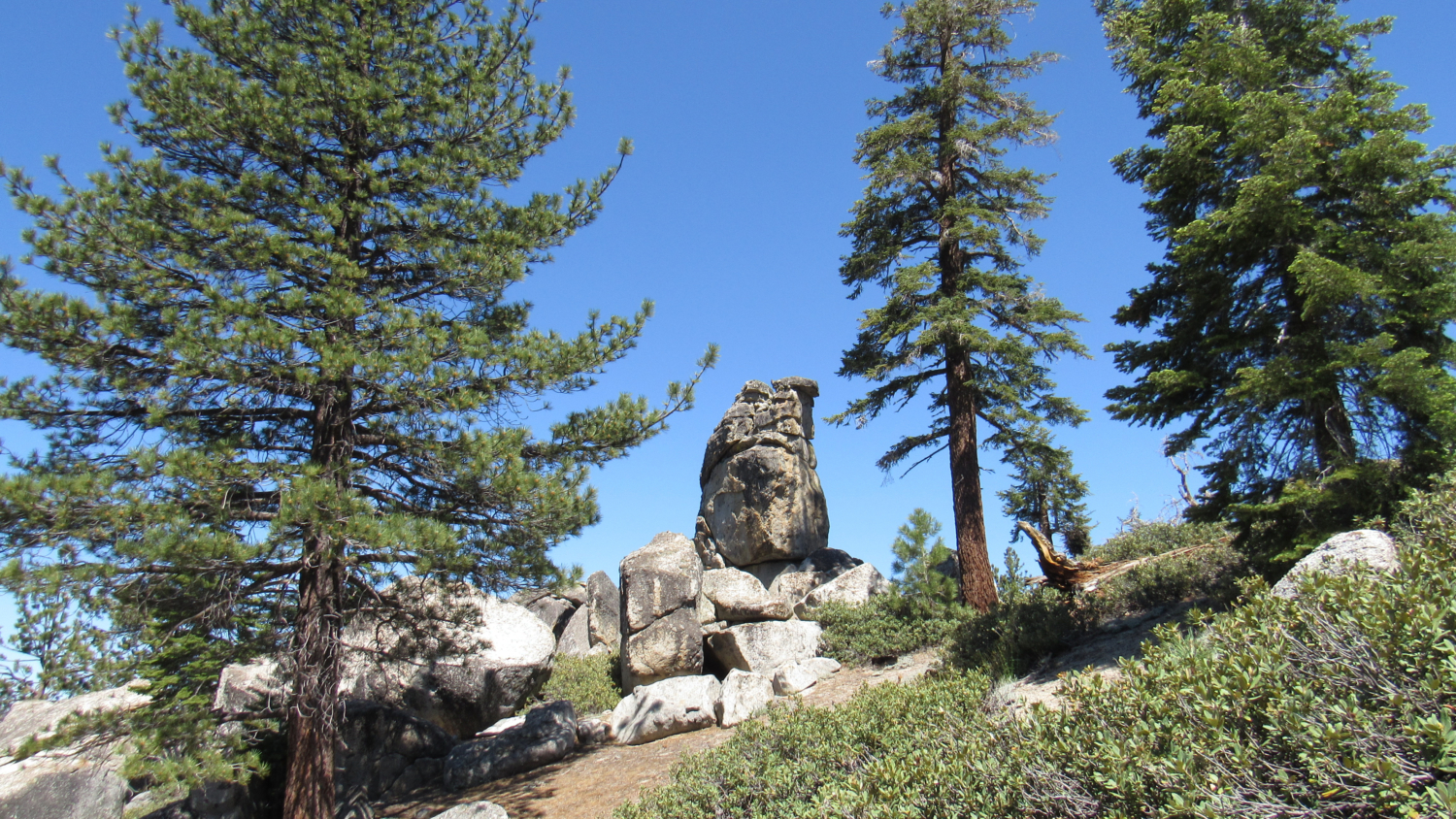 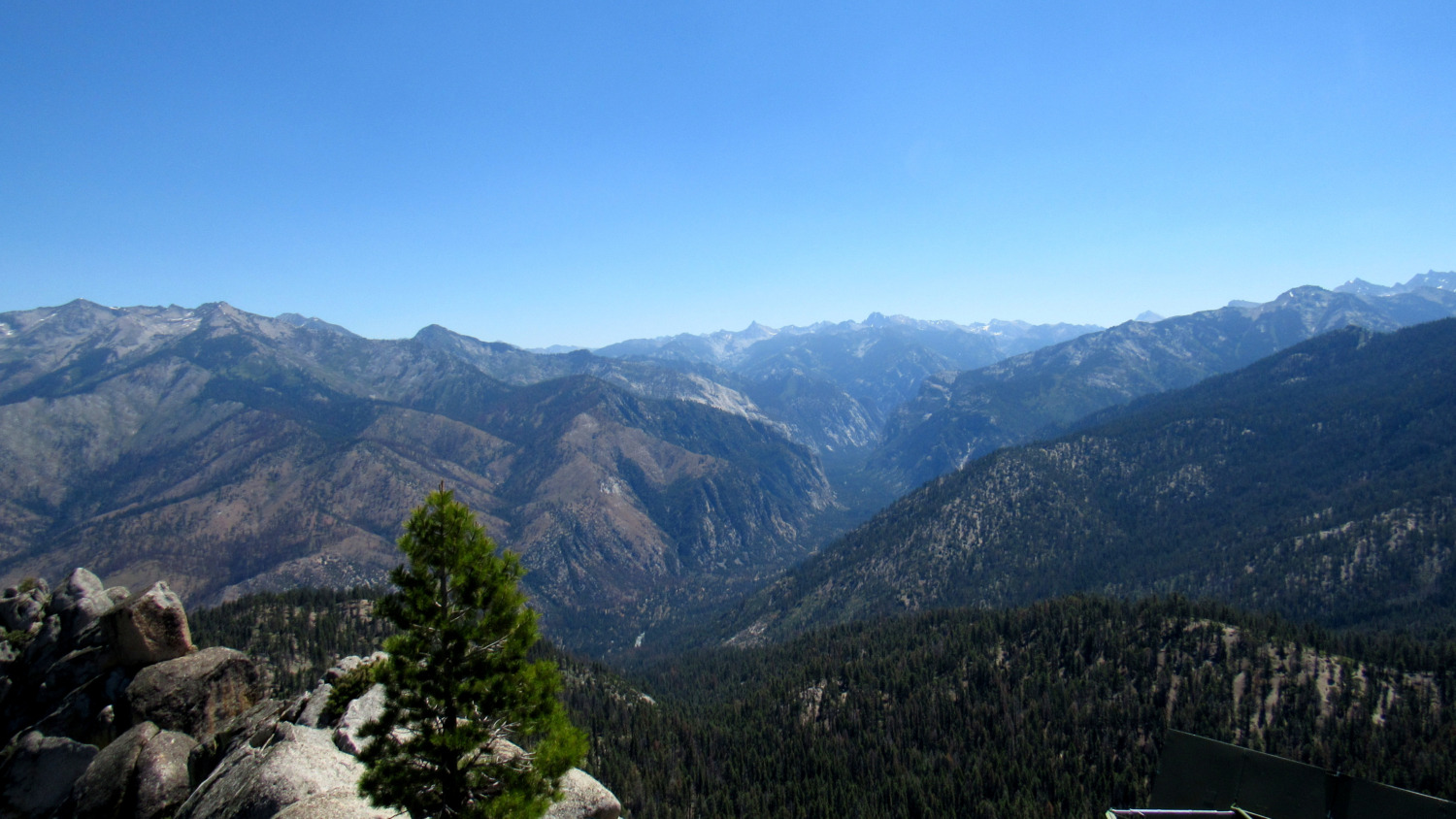 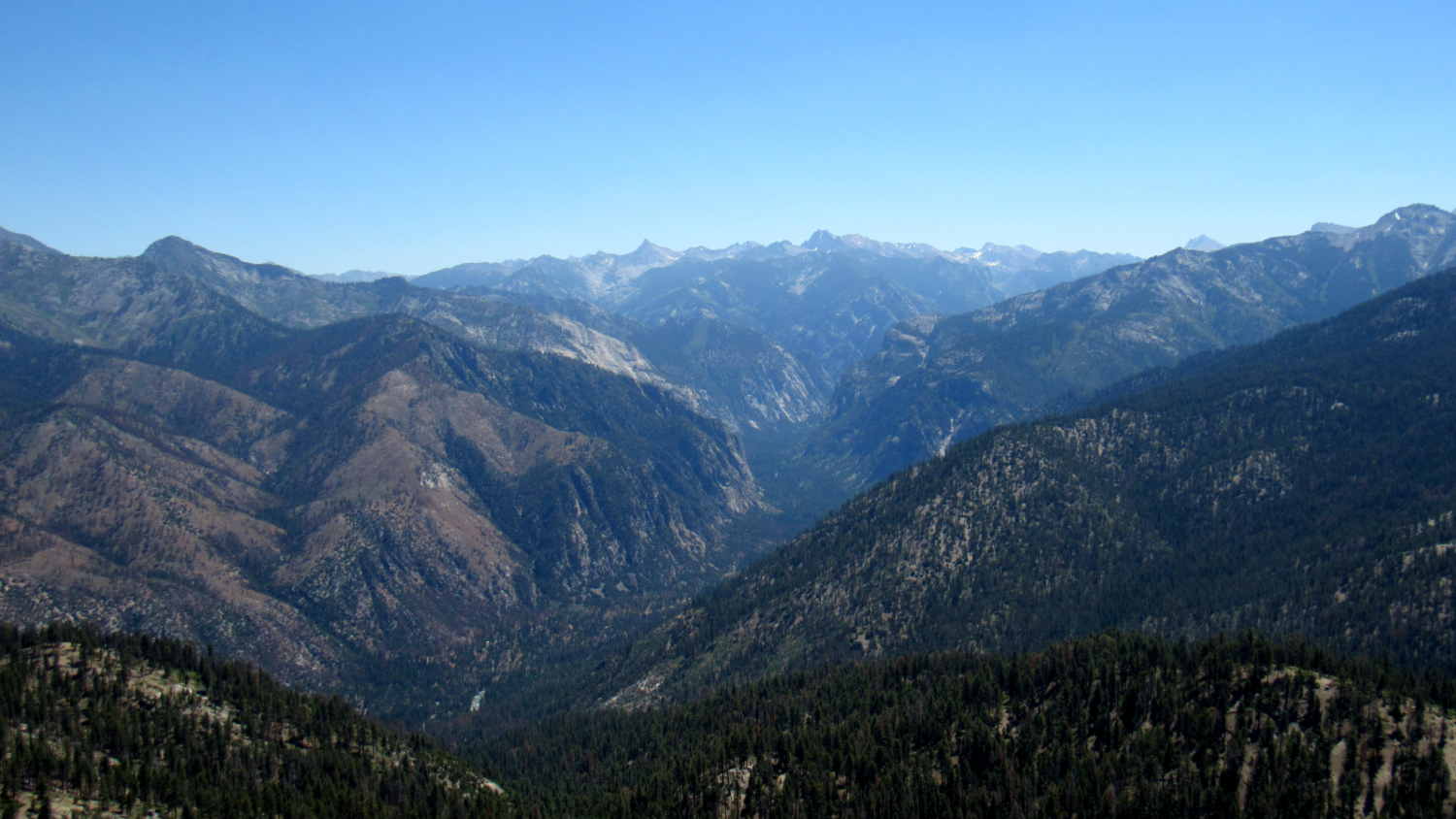 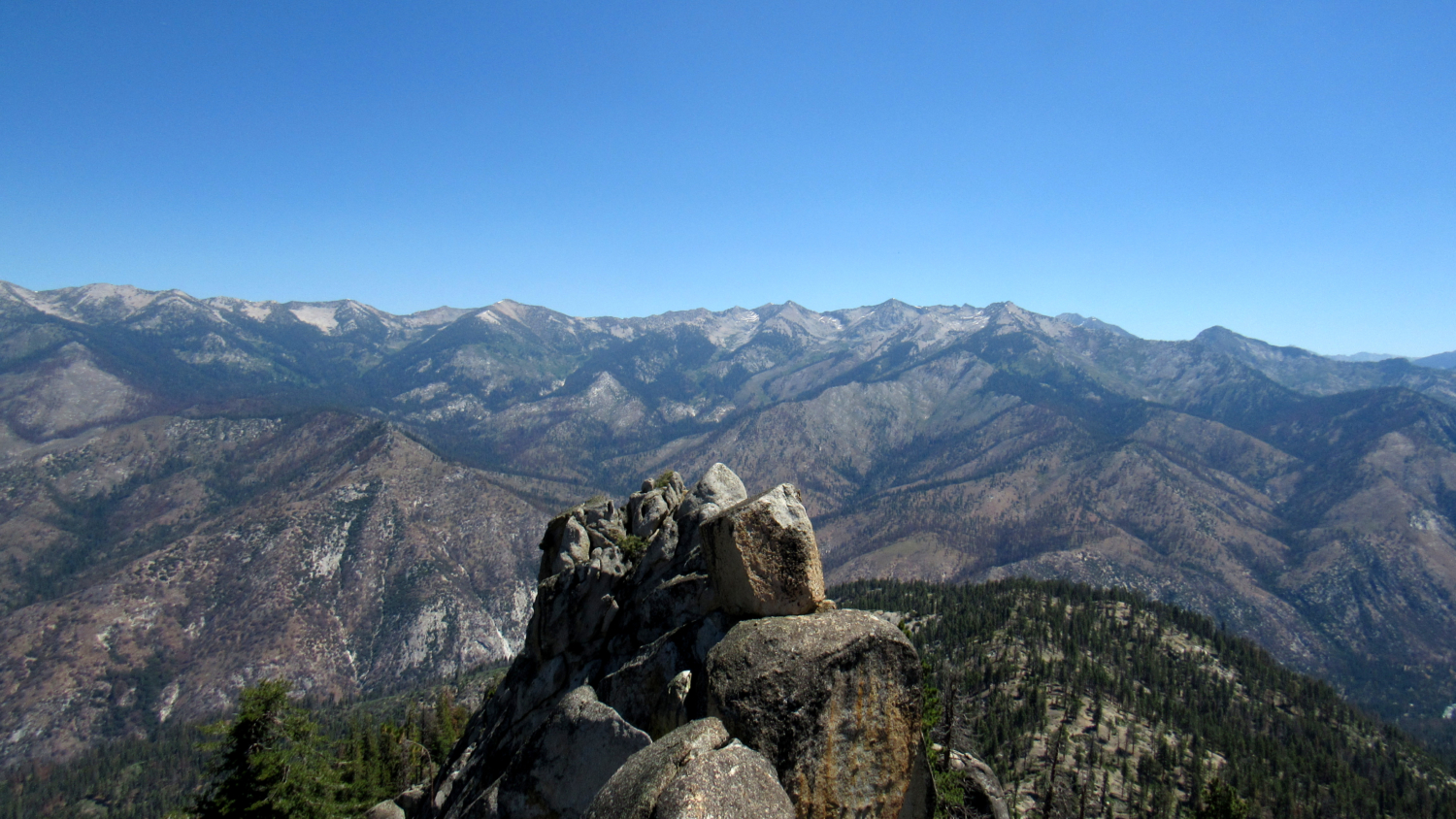 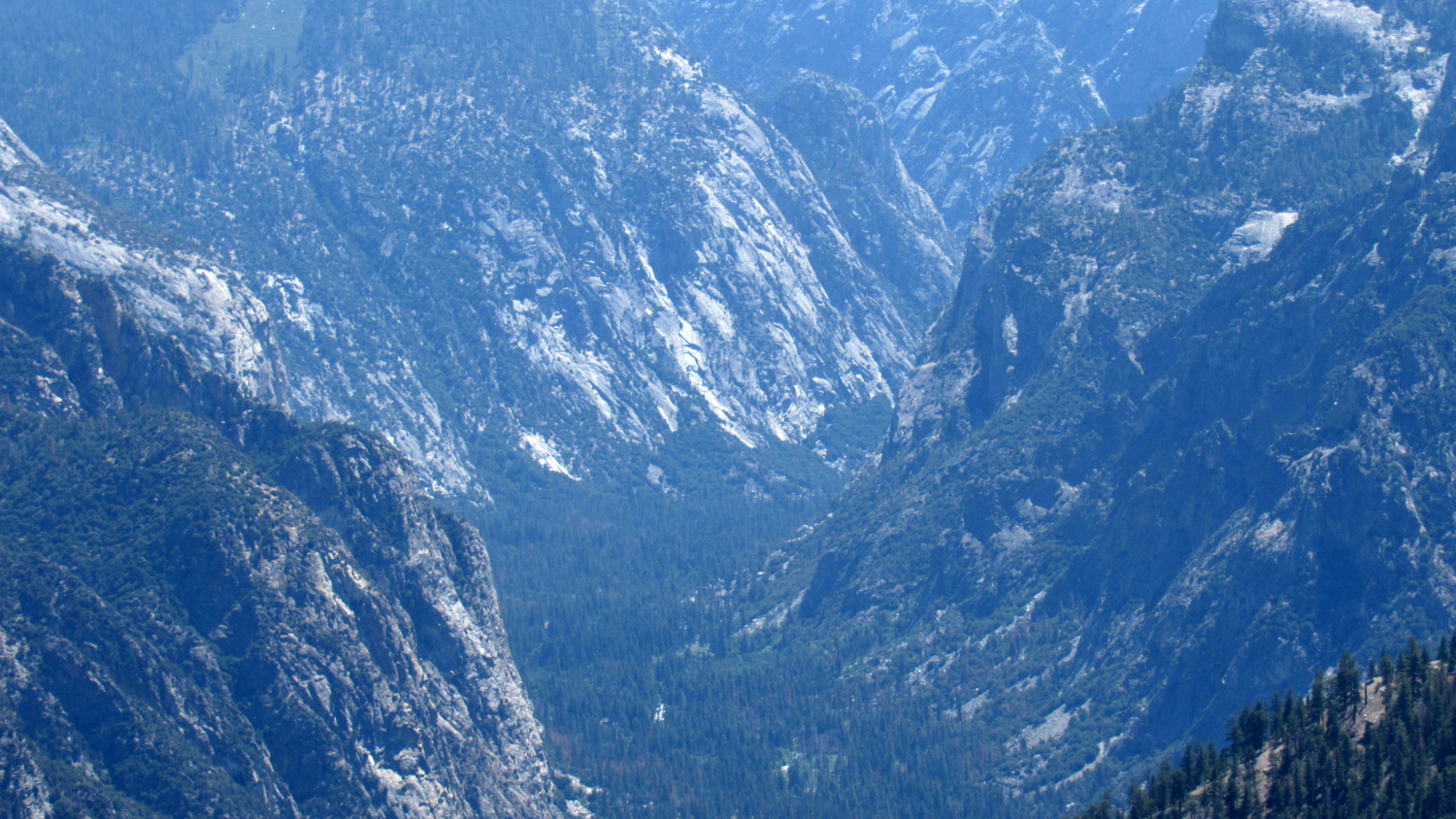 This lightly travelled trail remains in decent condition beyond Sheep Creek, although there are places where overgrowth and light trail damage might present minor obstacles. The trail to the peak requires off-trail travel. Reaching the summit requires some moderate scrambling and bouldering, although there are nice views short of the peak

The nearest available campground is Sentinel Campground, although Sheep Creek Campground and Moraine Campground are both good nearby options.

From Fresno, drive east on CA-180 toward Grant Grove. After 51.4 miles, reach the Big Stump Entrance. Keep left at the junction with Generals Highway to pass through Grant Grove. From the Big Stump Entrance, continue east for another 32.7 miles into Cedar Grove. Turn left onto North Side Drive leading to Cedar Grove Lodge. Make the next left into Sheep Creek Campground and park in the day use lot on the right before the campground entrance.