A longtime favorite trail in the Olympic National Forest, Lena Lake has introduced generations of hikers to the lush Olympic backcountry. Legendary Washington guidebook authors Ira Spring and Harvey Manning describe its history in their book, “100 Classic Hikes in Washington”. Back in the 1930’s, Lena Lake was the site of Camp Cleland — a Boy Scout basecamp with “eight patrol cabins, several staff buildings, a large cookhouse…and an eight-hole outhouse”. Ira attended Camp Cleland as a kid. Lena Lake was his first introduction to the wild Olympics, setting him up for a lifetime of exploration and conservation. 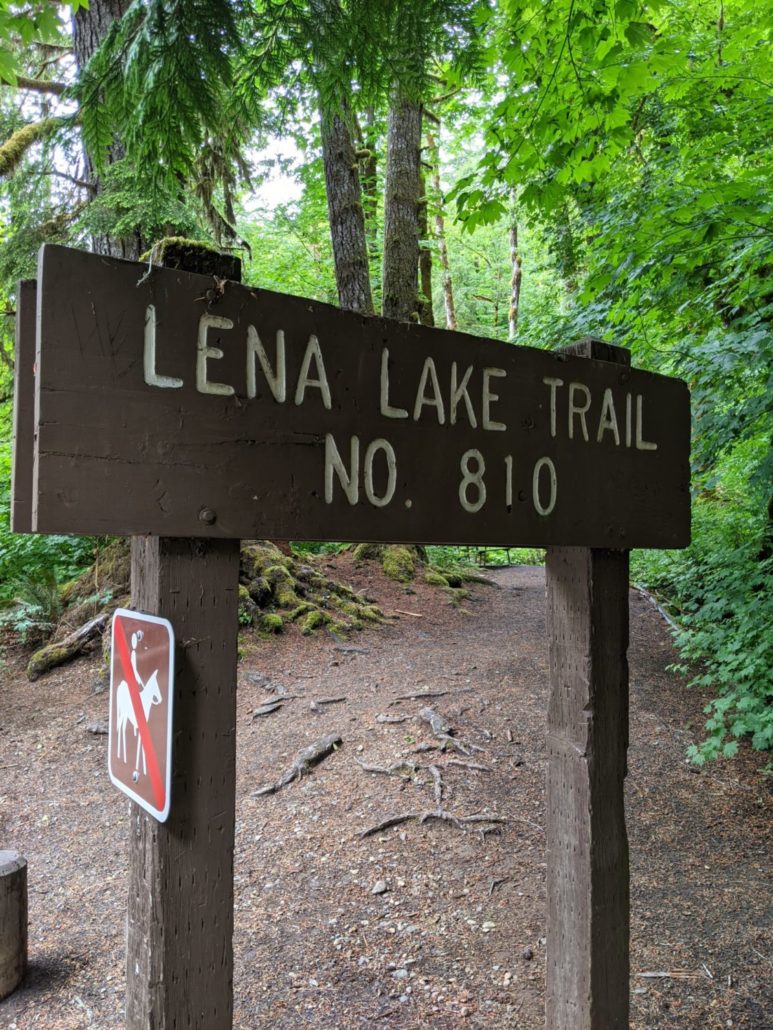 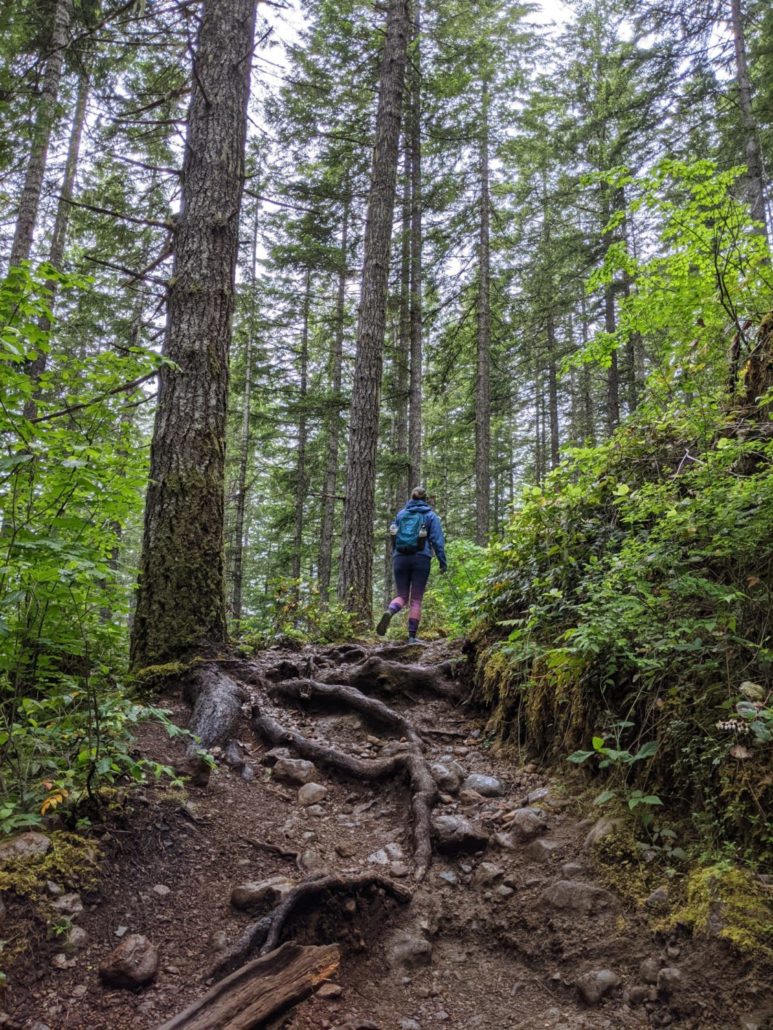 Camp Cleland is long gone today. But the lake remains —  popular as ever — a relatively easy day hiking or backpacking destination near Hood Canal. Lena Lake is a good rainy day hike, as the trail is typically very busy on sunny days and weekends. We visited on a drizzly June day to avoid the crowds and enjoy some true forest bathing. 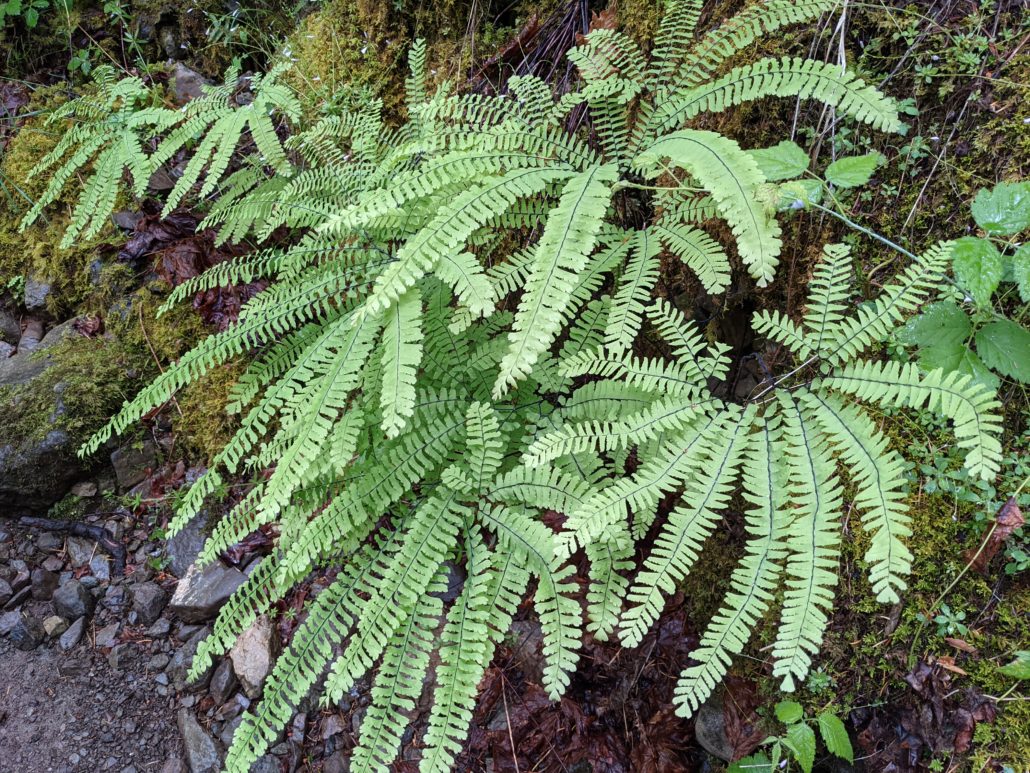 The trail begins with a series of long switchbacks through second-growth forest. This area was logged in the 1930’s; today it is green with vine maple, maidenhair fern, swordfern, cedar, and even some wild rhododendron. Lena Lake Trail is well-maintained (thanks to Washington Trails Association volunteers) due to heavy use, but watch for roots and rocks in some sections. The forest transitions to moss-draped old-growth as you climb a leisurely grade. 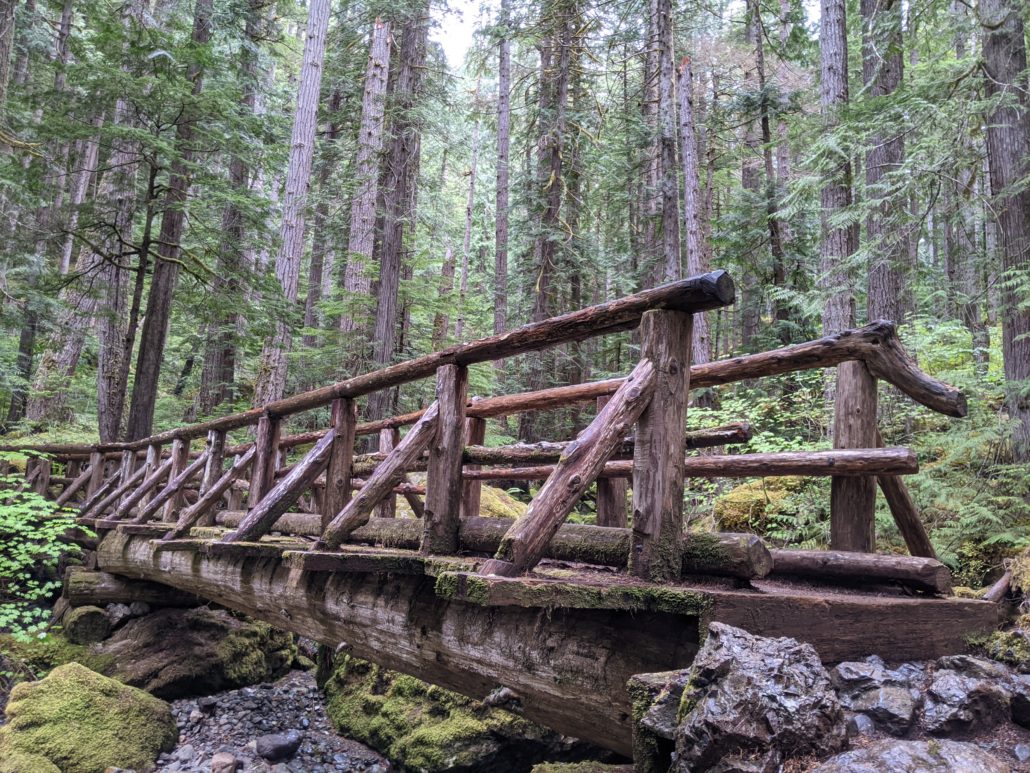 At 1.9 miles, the trail crosses a curiously dry creek bed. Massive boulders in this area are evidence of an earthquake and rock avalanche that occurred some 1,300 years ago — damming Lena Creek, creating Lena Lake, and diverting the creek underground. Cross a footbridge over the subterranean creek and continue on your way. At 2.7 miles, stay left at a signed junction. You may catch your first glimpse of Lena Lake through the trees here, but please stay on the main trail. 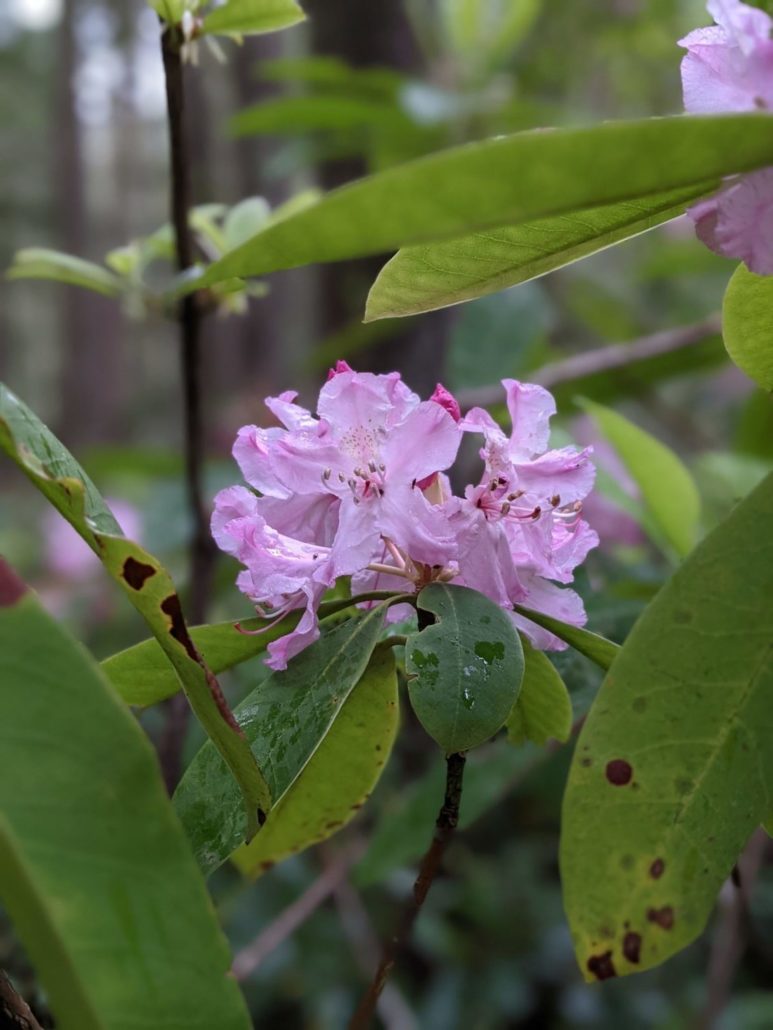 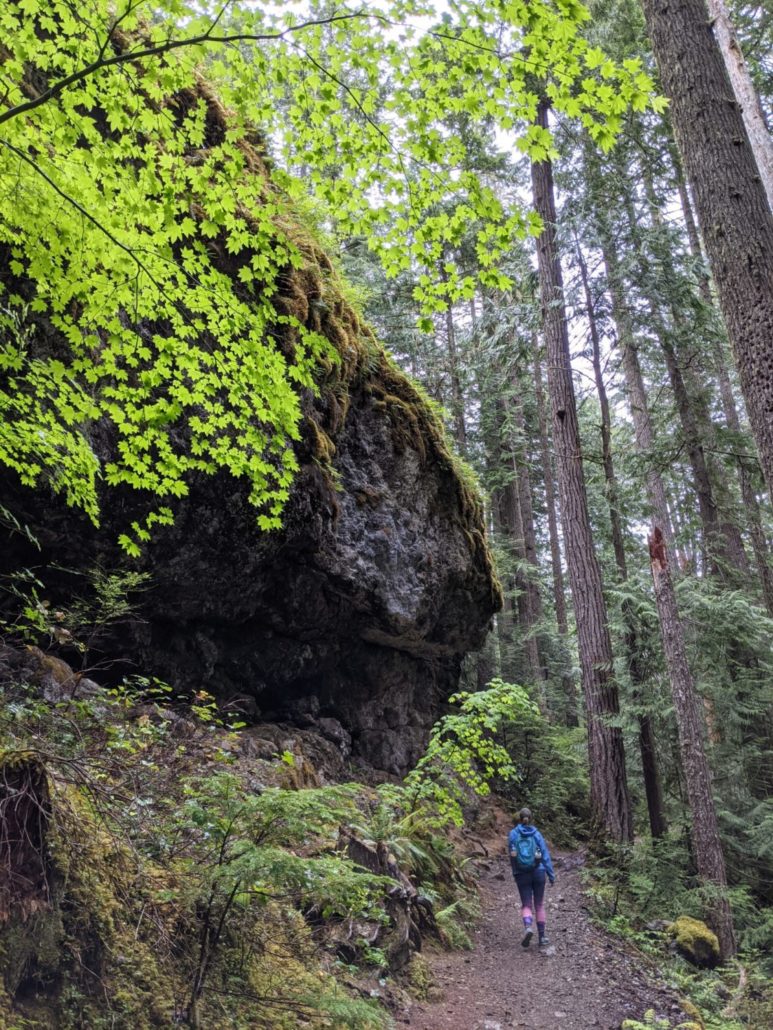 At 3.2 miles, head right at the signed junction. Turning left here would take you to Upper Lena Lake — a grueling hike for another day. Shortly after the junction, you’ll reach a picturesque lake overlook. Various sources call this spot Lunch Rock or Chapel Rock. Digging through Ira Spring’s autobiography (“An Ice Axe, a Camera, and a Jar of Peanut Butter”) reveals an old black-and-white photo of Chapel Rock, where Boy Scouts once held Sunday services. This is a good turnaround point, or you can continue following the trail north along the lakeshore. 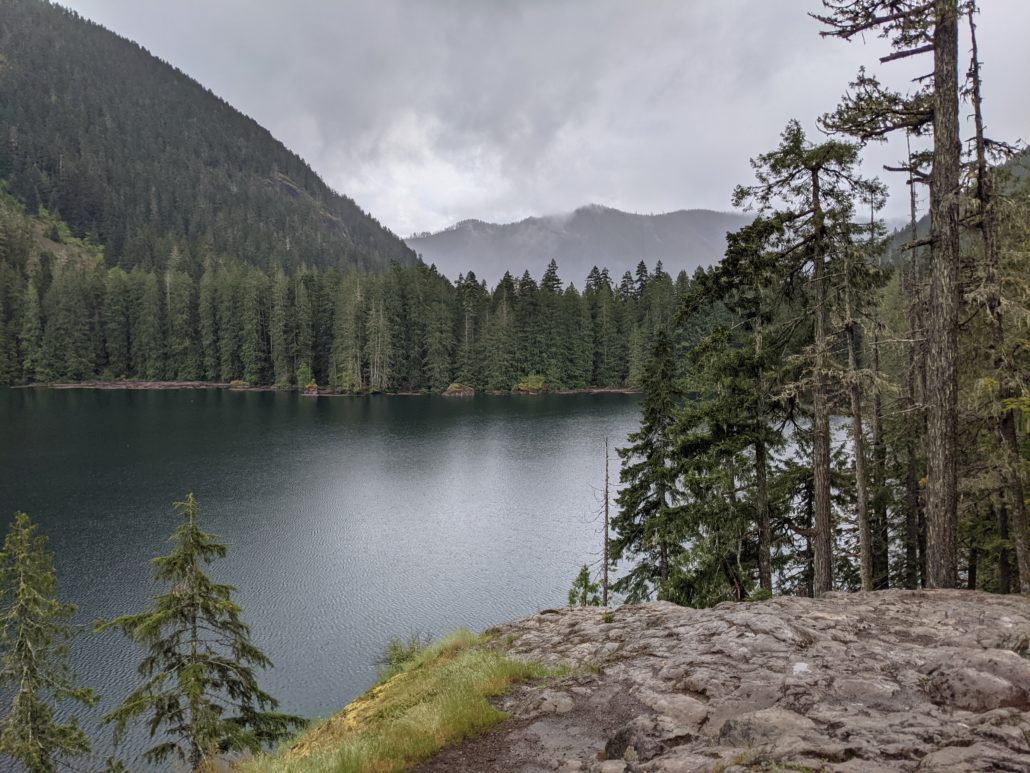 At 3.4 miles, reach several backcountry campsites and a composting toilet. We turned around here as the rain began to pick up. Continuing north along the trail will lead to another junction, where you can turn left for Upper Lena Lake or right for additional backcountry camps along the north shore of Lena Lake. Your mileage may vary on this trail due to the ambiguous turnaround point. Go as far as you like, then return the way you came. 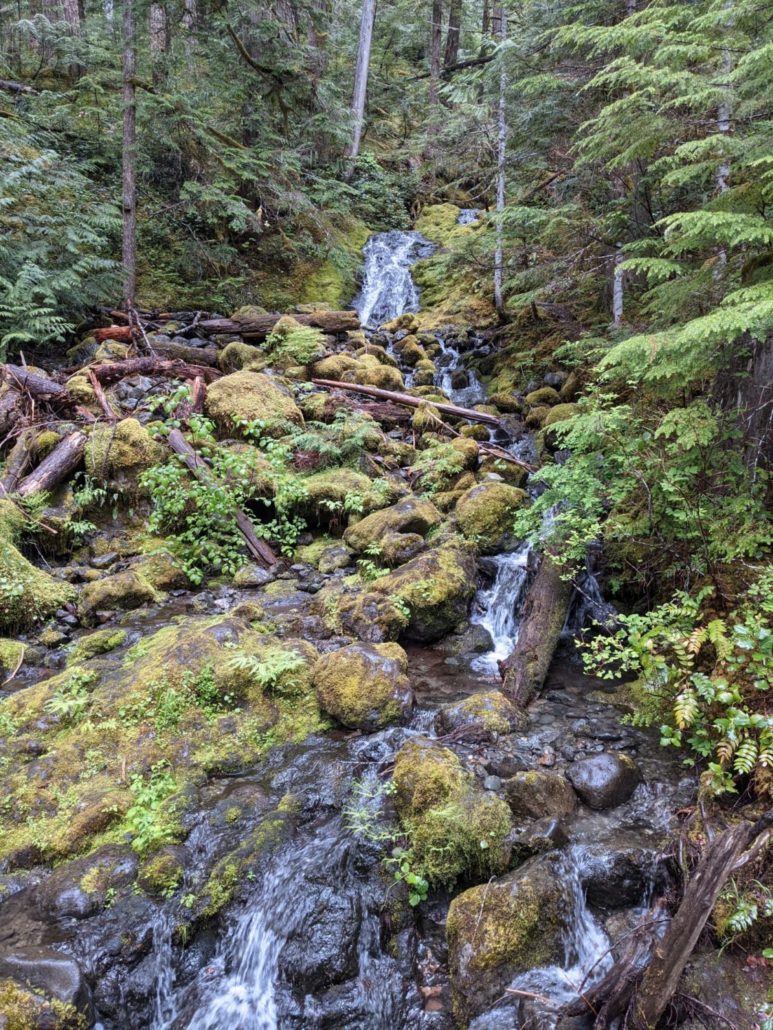 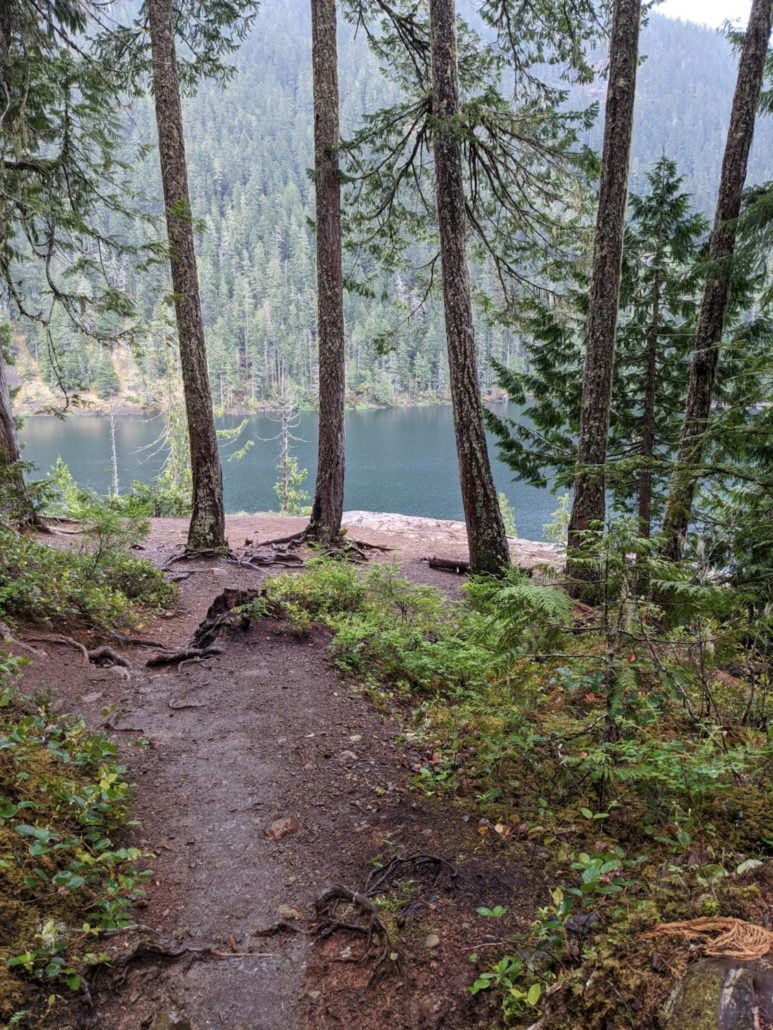 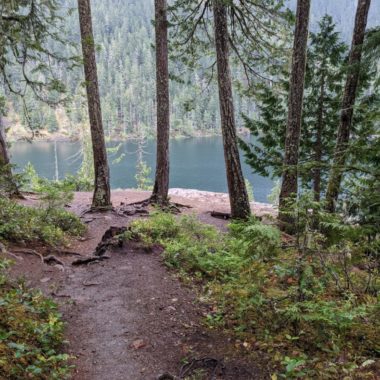 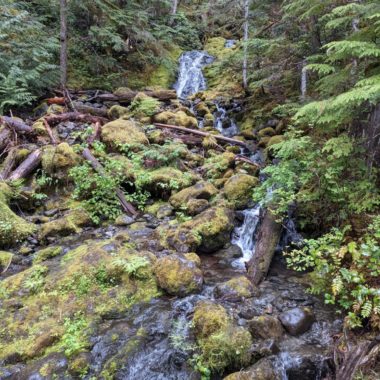 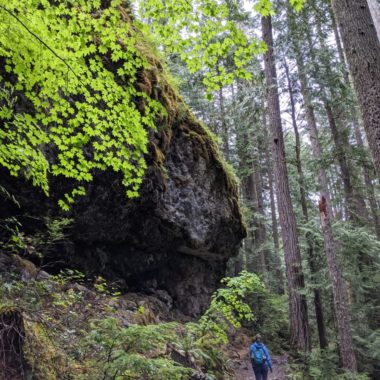 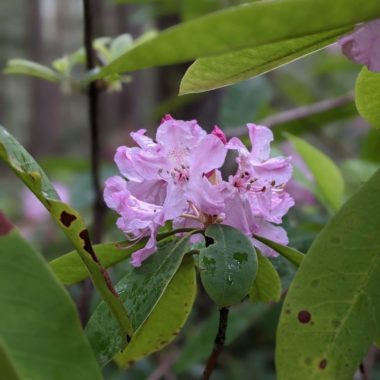 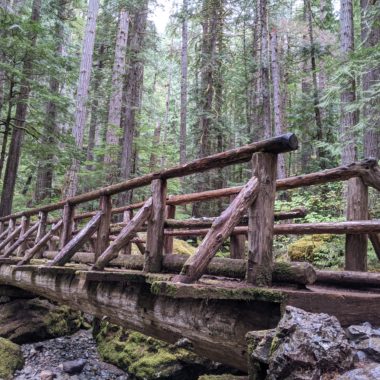 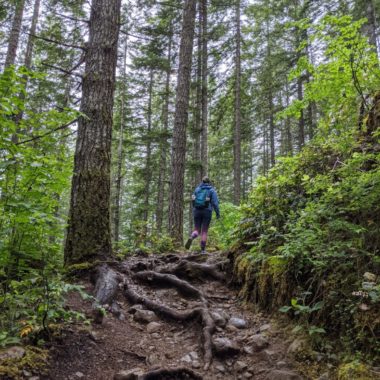 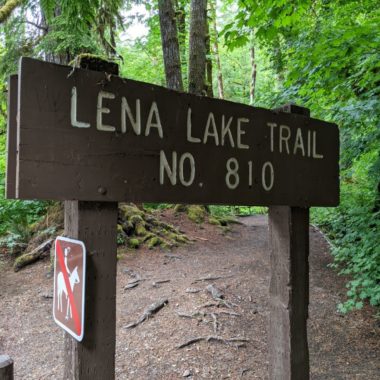 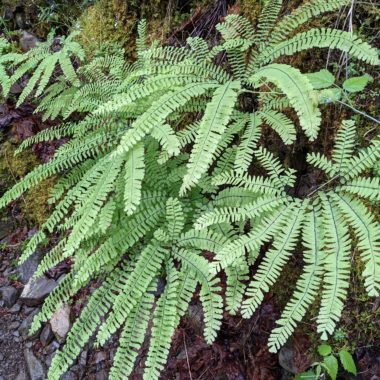 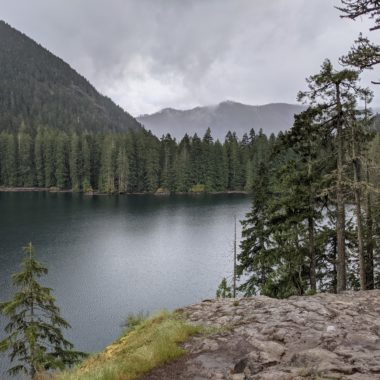 Trail is well signed and well maintained to Lena Lake. Rooty and rocky in some sections, with an easy-moderate grade.