As the nascent city of San Diego began growing in earnest during the late 1880’s, citizens ran headlong into the one of the quintessential challenges of Southern California life: drinking water. The answer to this puzzle, at least long before SoCal began sipping from the Northern Sierra, was to create a reservoir in one of the wettest parts of San Diego County, the Cuyamaca Mountains. 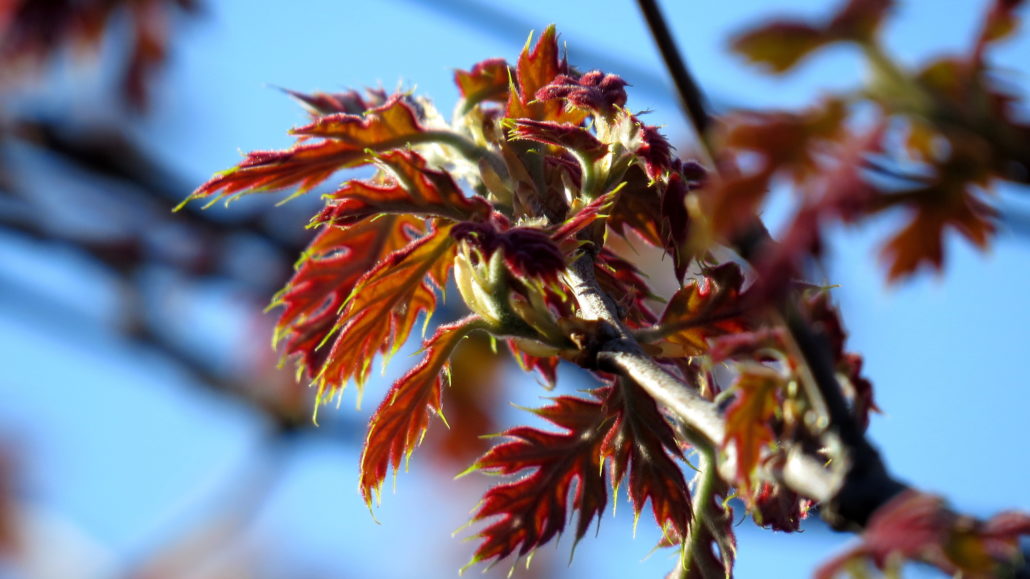 Engineers constructed a dam across Boulder Creek, which drained the northern half of the Cuyamaca Mountains. But given the fickle nature of Southern California precipitation, additional sources of water needed to be found to fill the new reservoir. The solution arrived in the form of a ditch that would collect run-off from the western flanks of North Peak and then shunt that water into the reservoir. In addition to the hydrology, the slopes of North Peak also provided lumber to blossoming mining towns during the same era. Astute observers may see old traces of the logging skids, but the 2003 Cedar Fire has obscured much of the evidence. 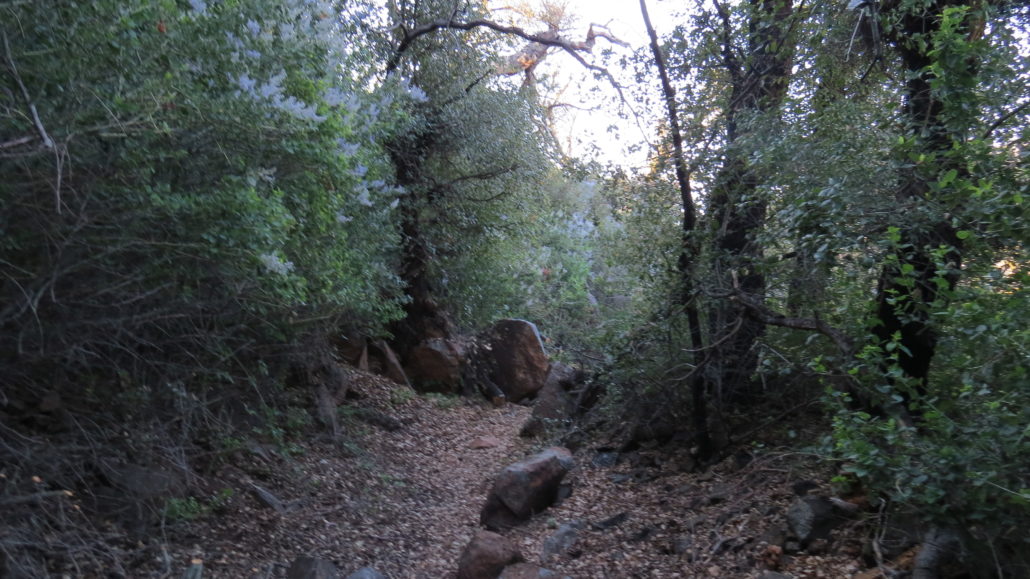 As with most hikes in the Cuyamaca area, the Cedar Fire’s legacy looms large on the Kelly Ditch Trail. Most of the conifers and many of the oaks burned during the flames, and only the oaks are showing signs of staging a comeback. Here and there you may find sprouting conifers attempting to penetrate the dense thickets of ceanothus. Despite the lingering evidence of the devastation, the trail, which follows the old flume grade, remains beautiful in large part thanks to a few sublime sections and tremendous views. 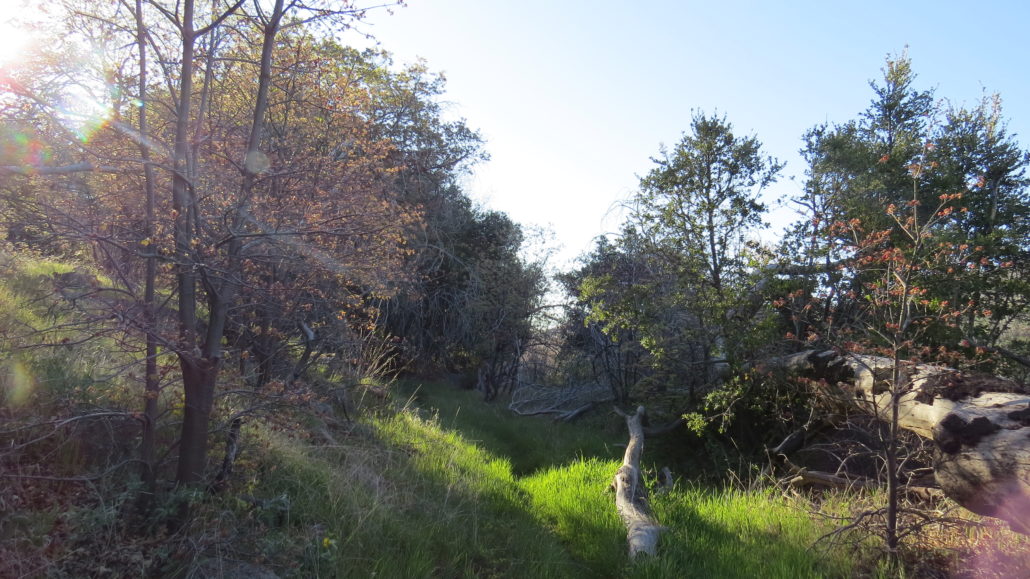 You can hike the route in one of several ways. First, you can arrange a shuttle with one car parked along Highway 79 on the north side of Lake Cuyamaca. Leave a second car at William Heise County Park, and complete the route as a 5.5 mile one-way route. Other hikers attempt the route as a much longer out-and-back hike from either end. Fair warning: regardless of which way you go, you will face a significant climb on the second half of the hike. This makes for an exhausting trip. You may be better served with the one-way version, or you can also hike up from Lake Cuyamaca and turn around before the trail descends into William Heise County Park. 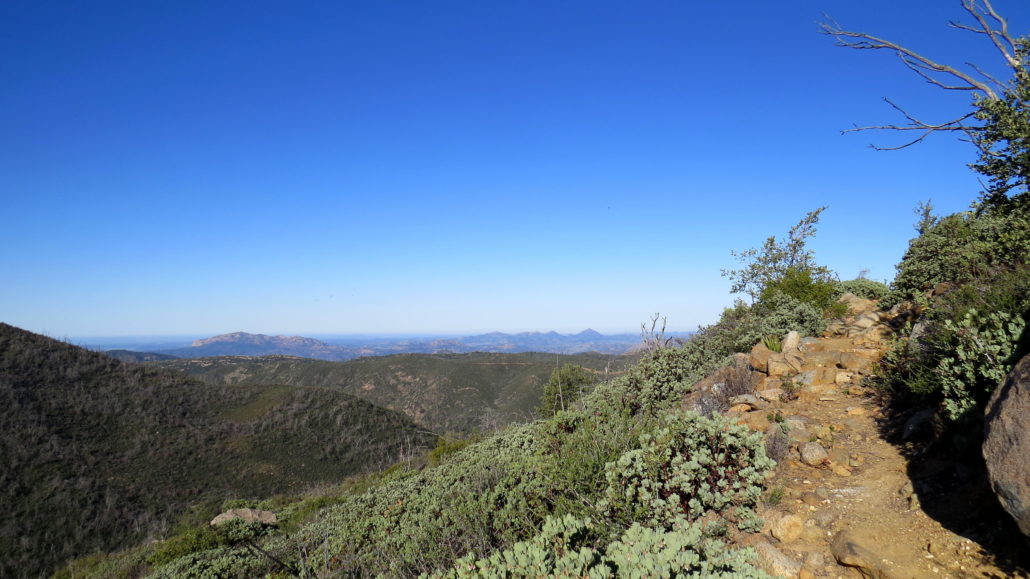 This write-up assumes that you are taking the one-way approach from Lake Cuyamaca. I will also note where the best turnaround point is if you want to hike it one way. After arranging your shuttle, cross Highway 79 and search out the sign for the Kelly Ditch Trail west of Engineers Road. After a brief climb, the trail settles into a measured incline in the shade of recovering oaks and dense ceanothus as you follow the old flume bed. This section has been badly overgrown, but recent trail work has cleared a lot of the detritus. Trail work aside, fallen trees will remain a potential obstacle for years to come as the lingering snags burnt in the Cedar Fire gradually topple. The numerous black oaks along the way provide potential fall color viewing in late October and early November. 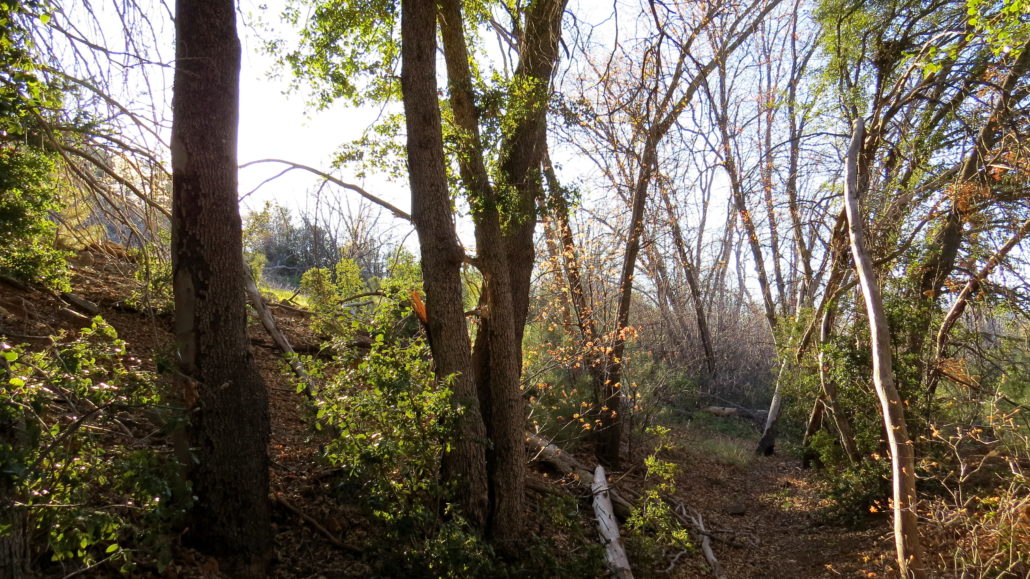 The trail continues along the flume grade for 0.9 miles, simultaneously paralleling Engineers Road. At 0.9 miles, the trail leaves the flume grade and commences a brief climb to a crossing of the road before meandering uphill toward a junction with an abandoned, overgrown dirt road. Continue straight on the dirt road, which climbs obliquely for a bit further before settling into a mostly flat groove on the west face of North Peak. At 2.4 miles, you reach a sunny glade ringed with oaks and conifers that mostly survived the 2003 conflagration. This sublime spot is both a beautiful locale and the high point of the hike. If you only want the out-and-back option, this will be the turnaround spot. Magnificent views of the western half of the county unfurl before you with the Pacific Ocean shimmering on the clearest of days. 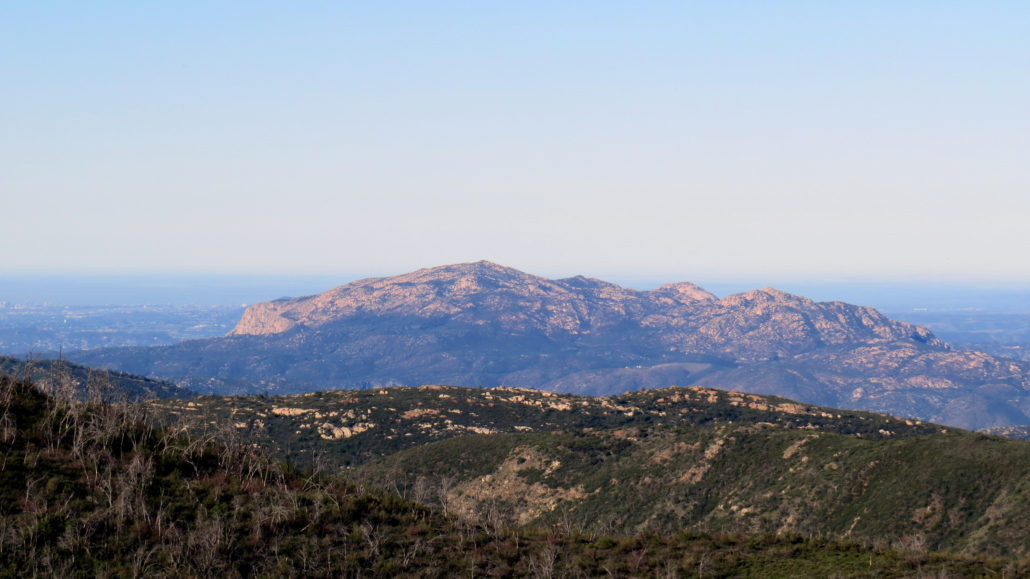 If you’ve arranged for the one-way option, continue over a ridge and find yourself face-to-face with a long series of switchbacks through view-obscuring ceanothus. If the ceanothus permitted, you might enjoy a lovely view of the Volcan Mountains, but as the bush stands now, you won’t get to see much but an omnipresent wall of green. Continue descending through similar terrain down to the banks of a tributary of Cedar Creek. Ironically, this tributary nearly almost always flows, while the actual Cedar Creek runs dry just a few tenths of a mile north. 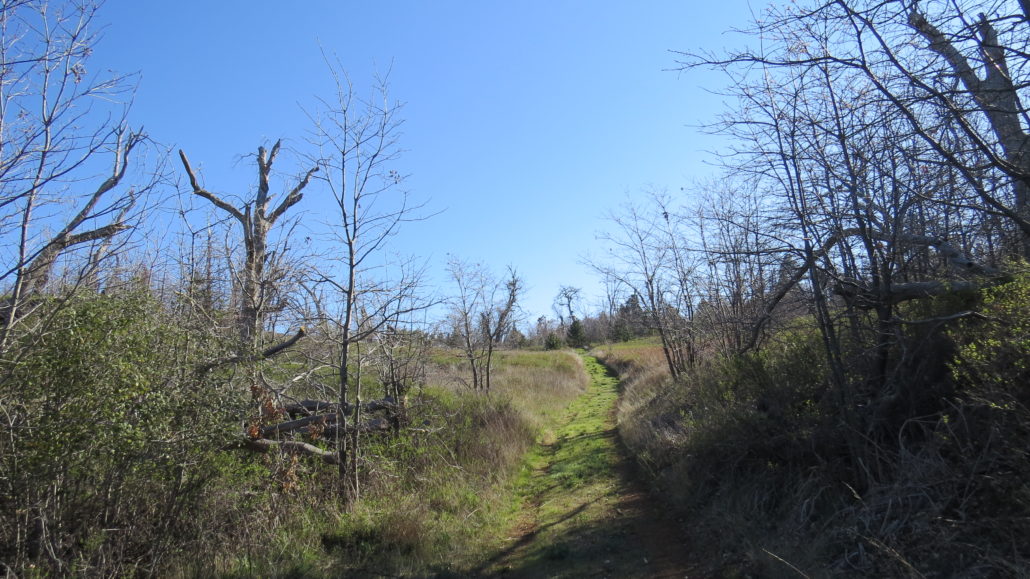 A junction on the north side of the creek gives you two possible return options. The right fork will take you uphill toward the Cedar Loop, which passes through a pleasant forest of cedar and oak before spitting you out at a campground loop. From there, you would turn left to walk the road back to the Heise Park entrance. The second option turns left at this junction and follows the creek downhill before eventually climbing away to cross a meadow and an access road before continuing over a small rise to the Heise Park entrance. The difference in the distance is not significant with the Cedar Loop option being a touch longer. 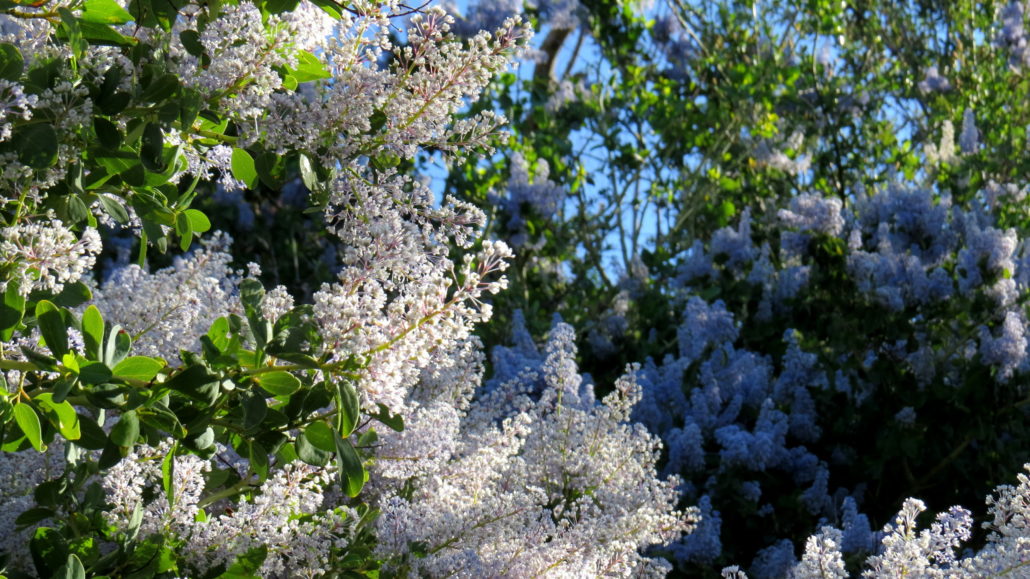 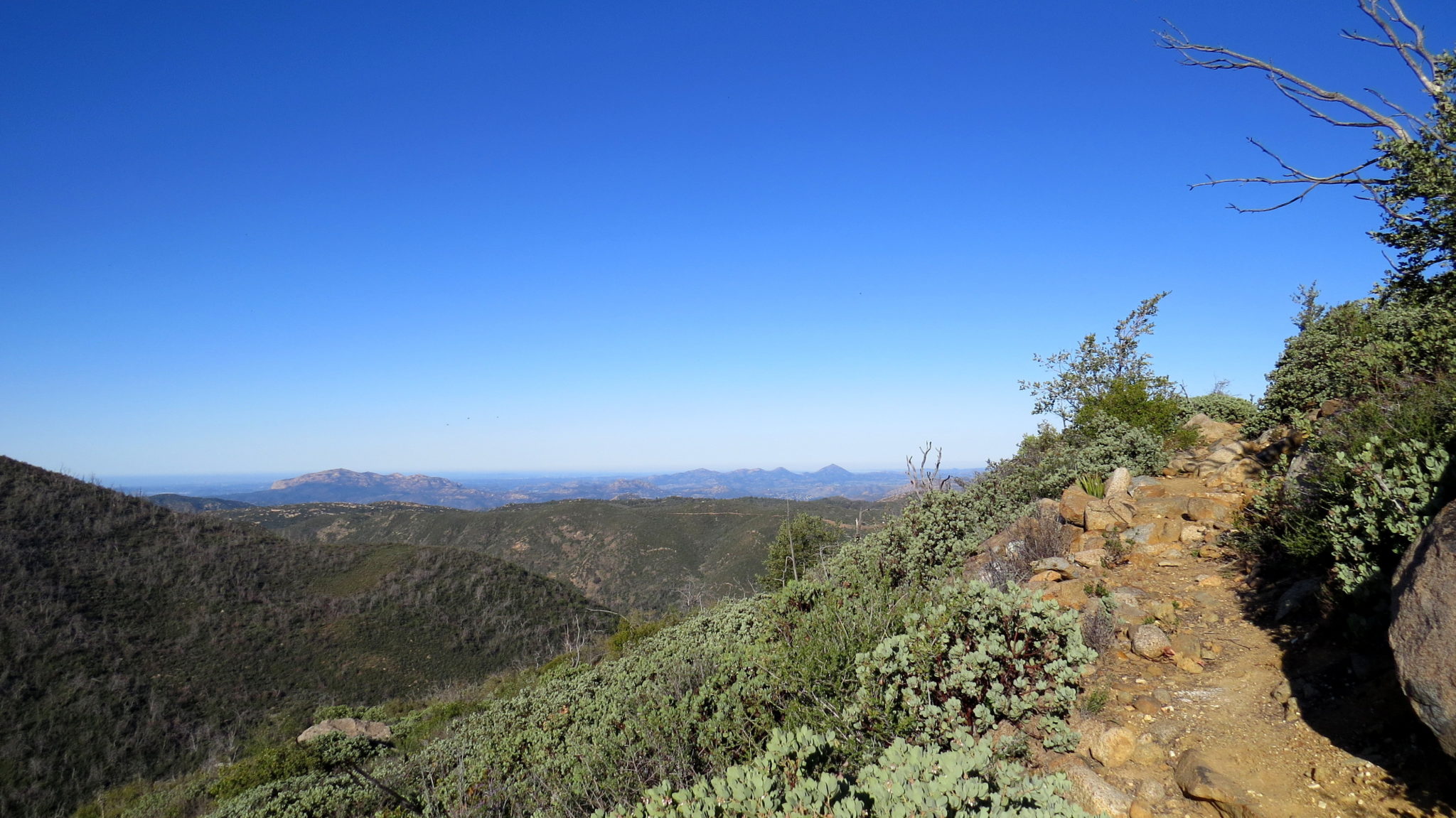 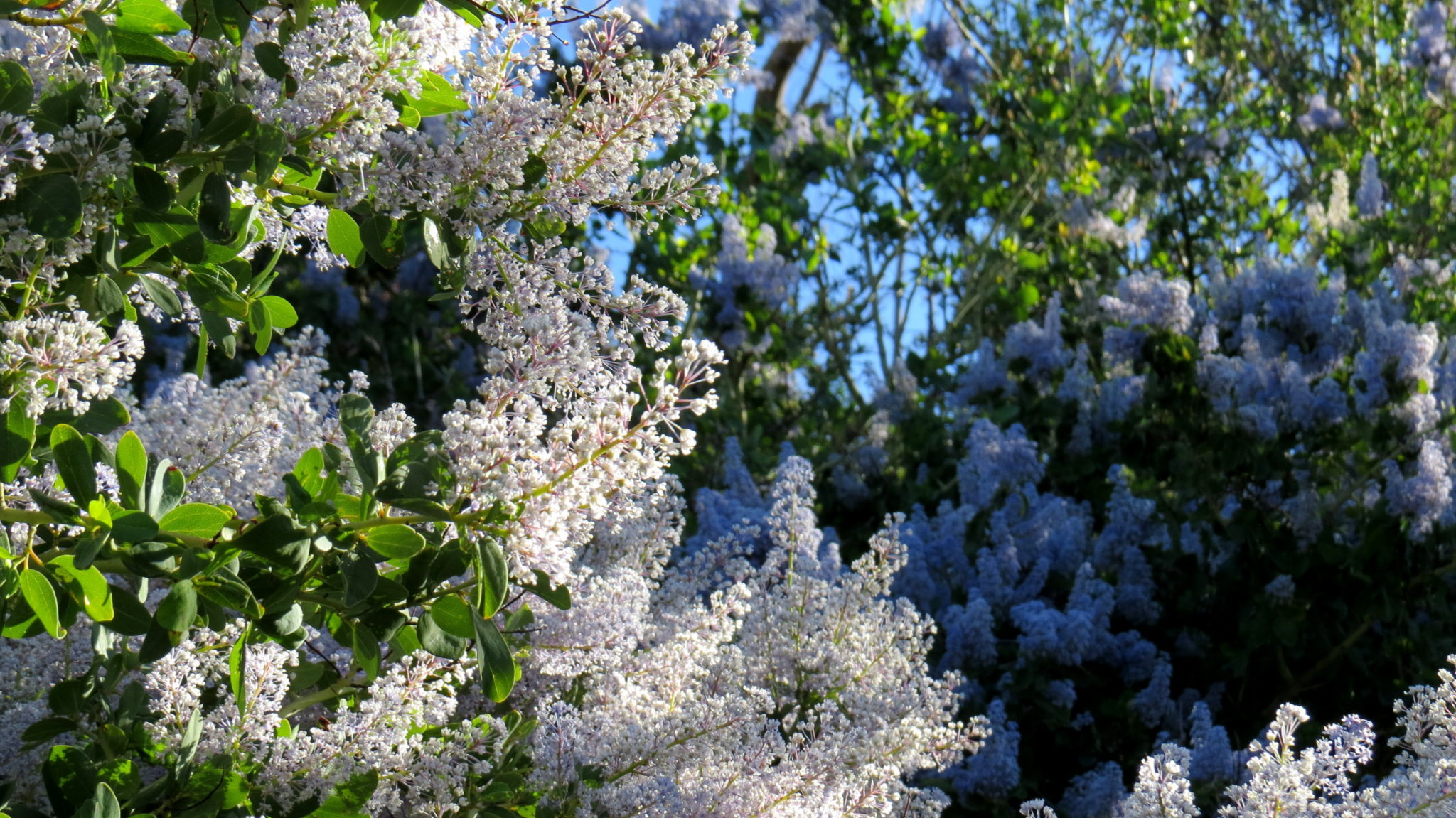 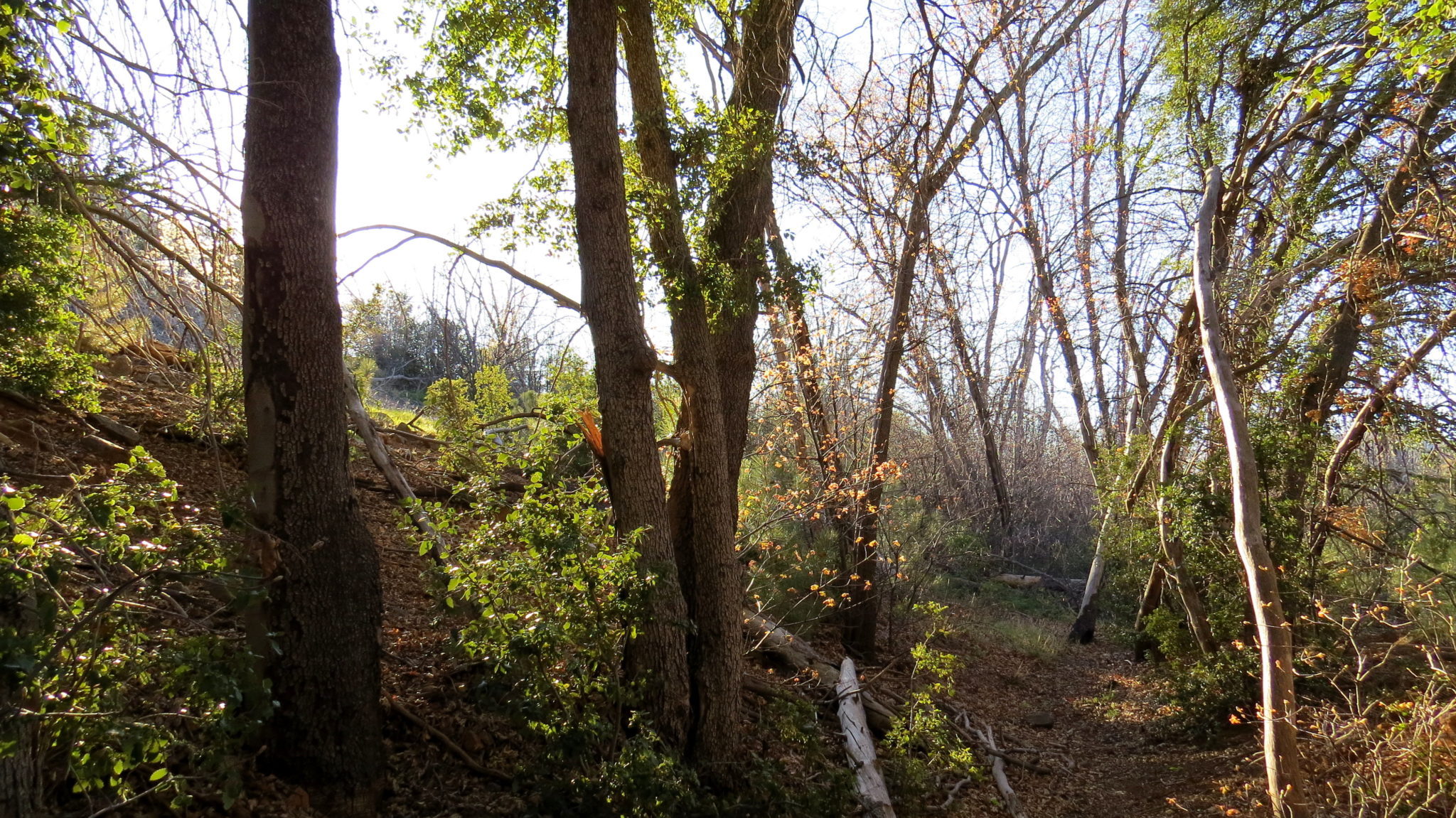 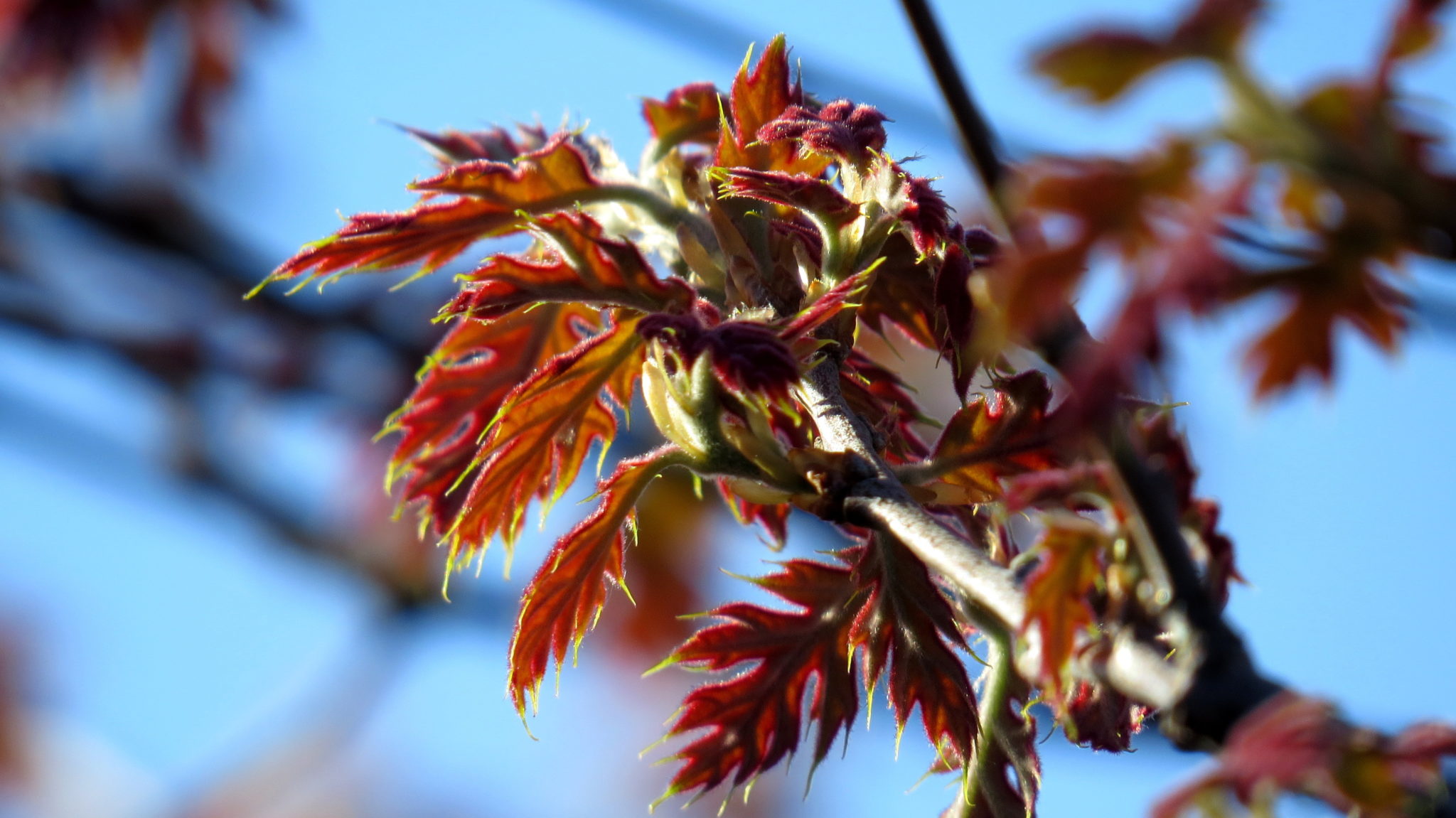 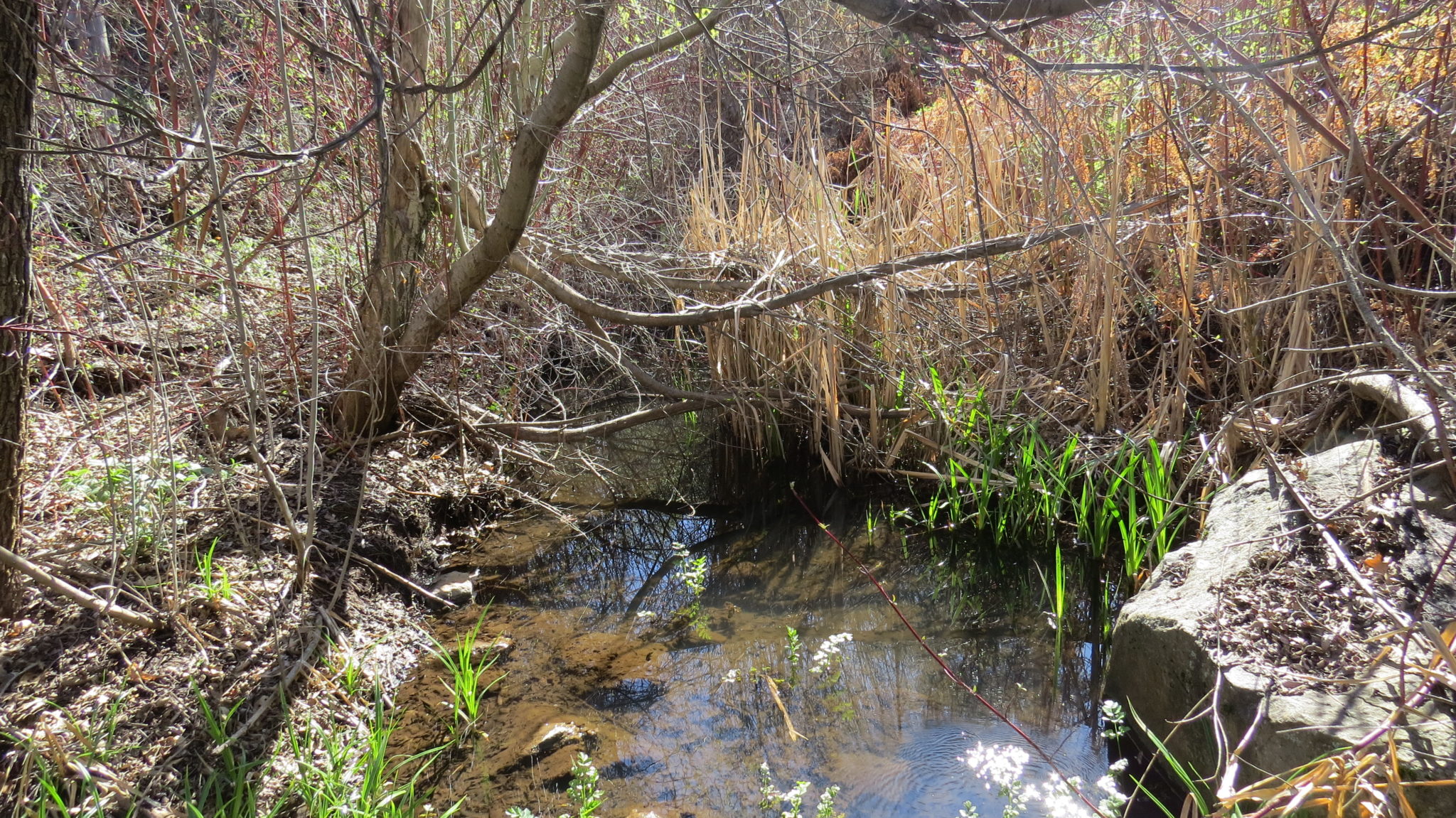 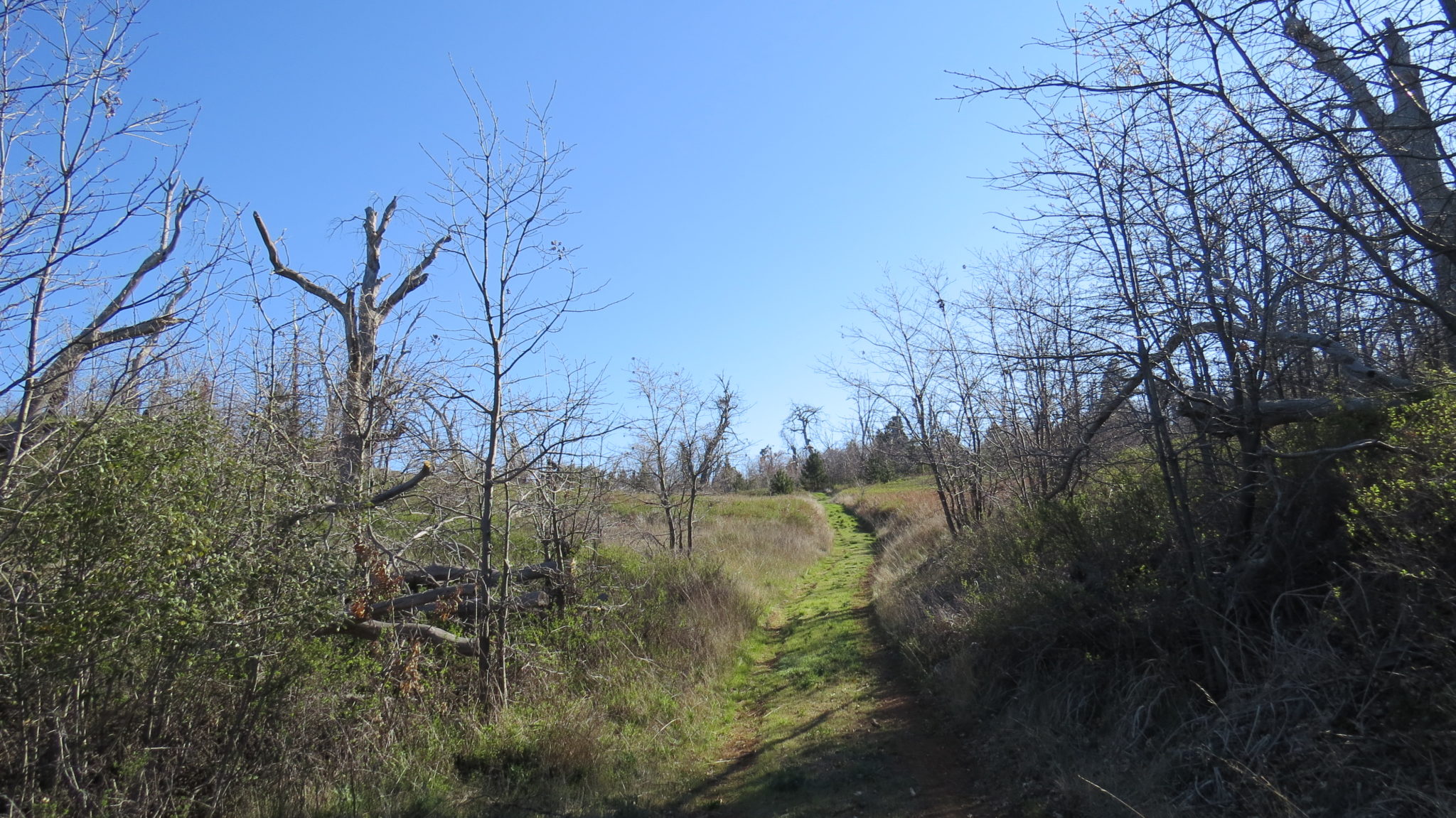 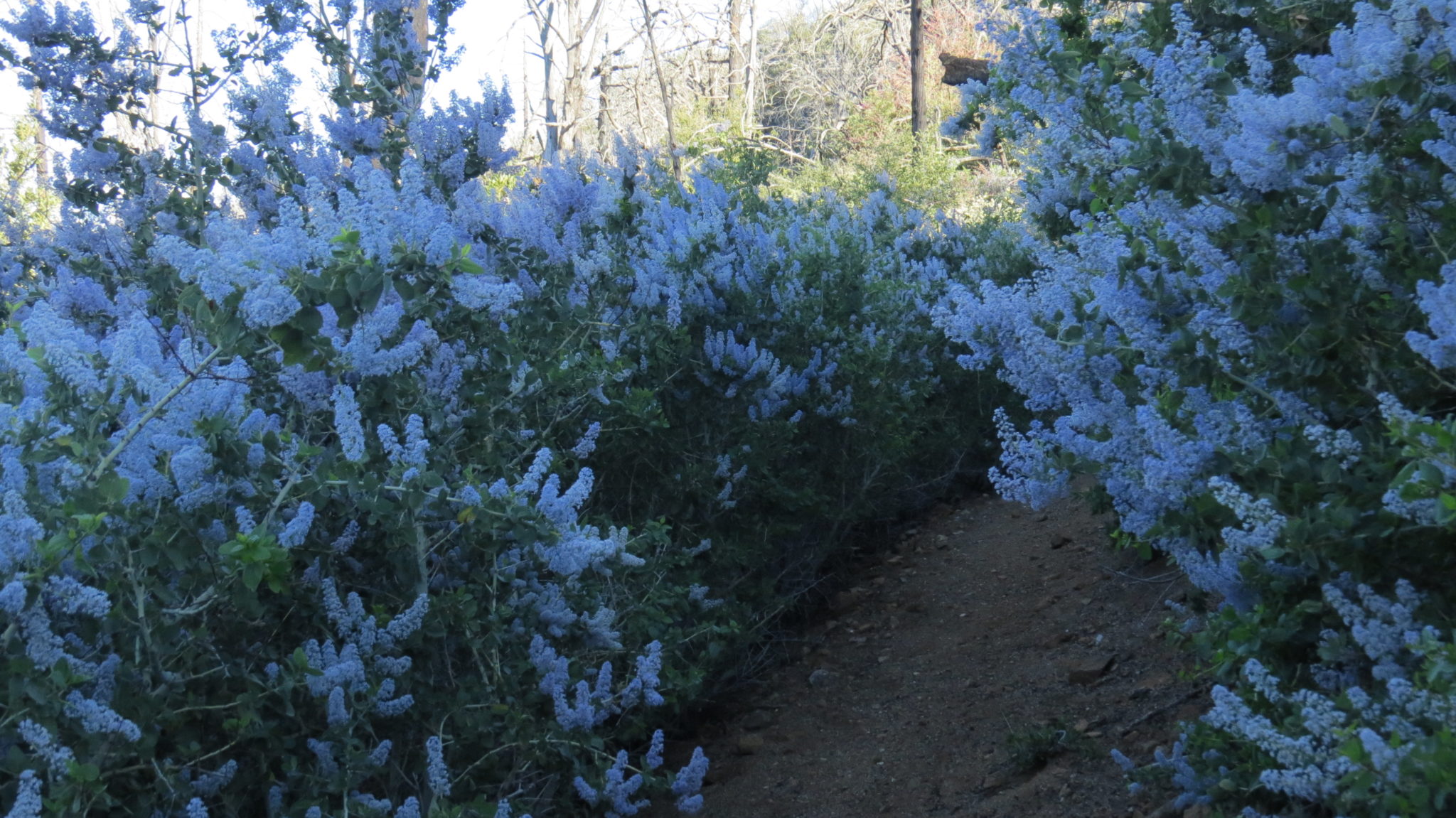 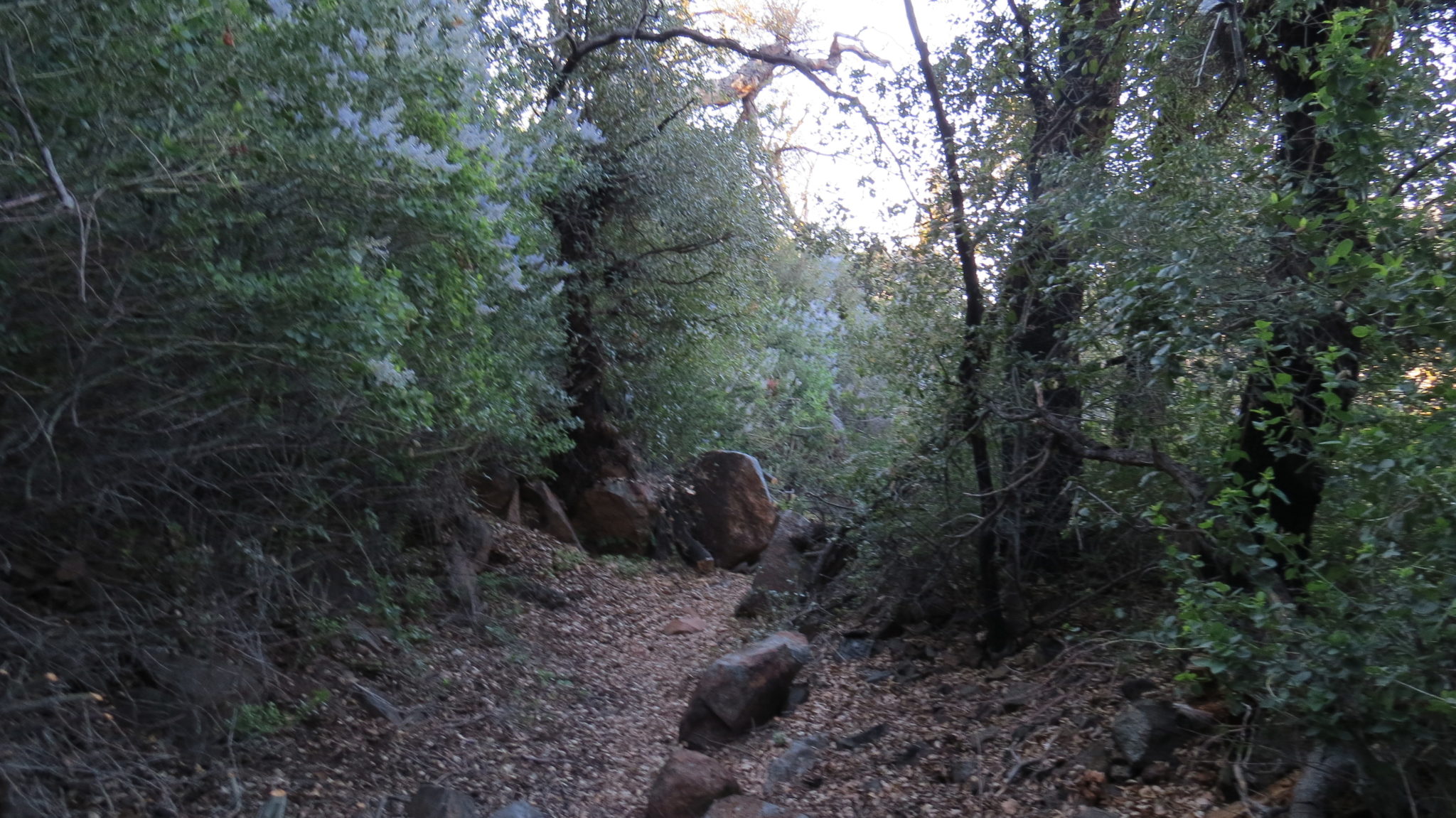 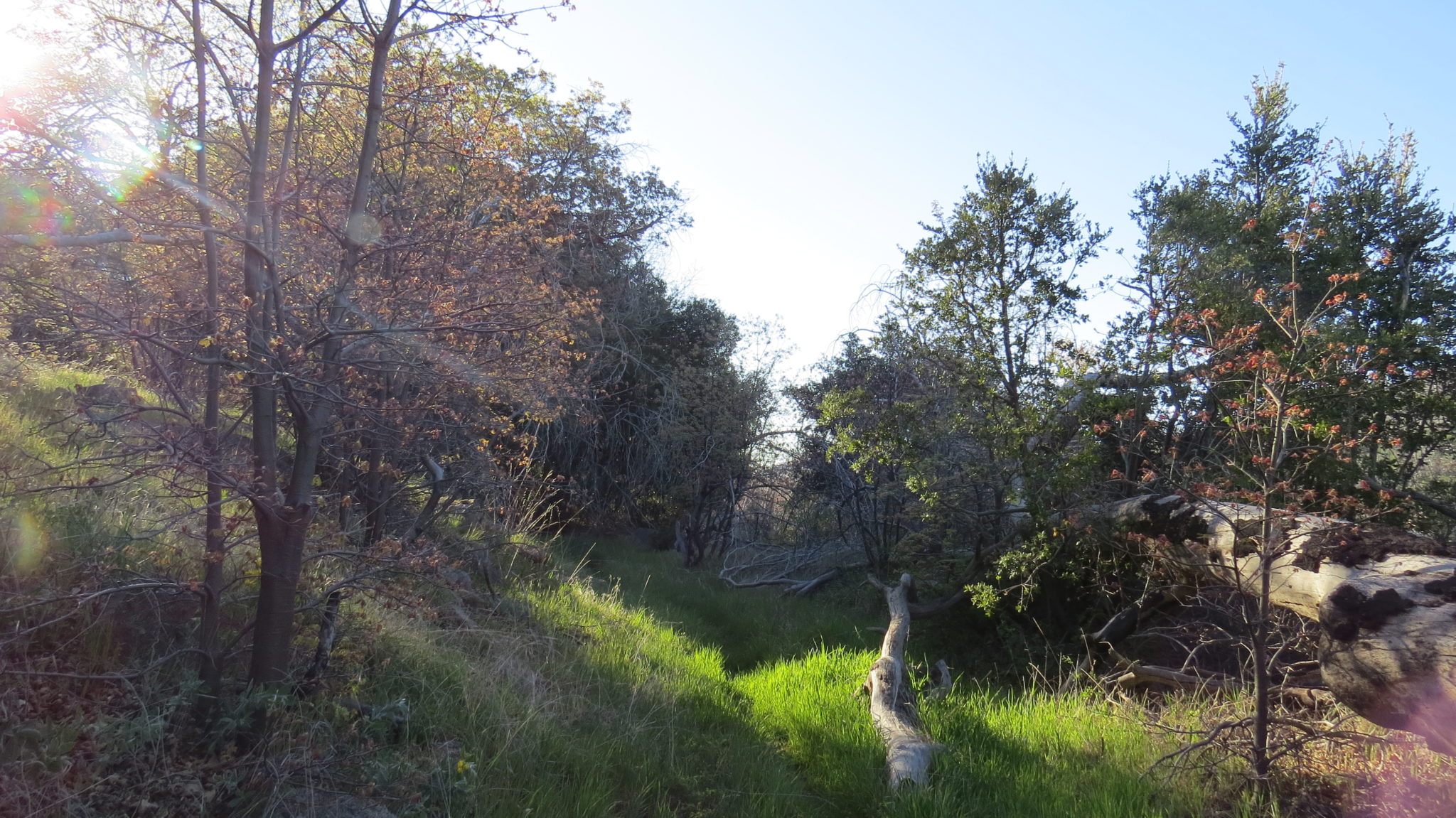 The trail is in good condition following a recent extensive overhaul. The descent into William Heise C.P. may have downed trees at any given time, but they are usually easy to work around.

William Heise County Park features a great campground that is perfectly situated for this hike. You could also stay at Paso Picacho Campground in Cuyamaca Rancho State Park

South Trailhead: From Interstate 8, head north on CA-79 toward Julian for 14.8 miles. You will find roadside parking on the south side of CA-79 just past the Lake Cuyamaca dam. North Trailhead: Continue past the south trailhead for another 9.3 miles, keeping left at CA-78 junction to pass through Julian. Turn left onto Pine Hills Rd., and then turn left onto Deer Lake Park Rd. After 1.9 miles, turn right onto Frisius Rd. and follow it to the William Heise CP entrance.