The route to Mount Wilson via Chantry Flat is a 13 mile, strenuous partial loop trail. This is a not-very-well-known route to the one of Southern California’s most well-known peaks, with a wide range of Southern California geography. This leg-busting, bush-whacking route is just one of the 5 Sierra Club-recognized summit paths to Mount Wilson. There are more ways to climb this mountain than any other in the San Gabriels.

Mount Wilson is a mountain that almost everyone in Southern California knows. Not for its scientific importance or geography (although the mountain’s observatories were home to several groundbreaking scientific discoveries), but because just about every single radio or television station in the Southland has a of tower set up on top of it.

To hikers, it’s that big mountain the middle of the front range that we skip because cars can drive right to the summit. There’s nothing worse than sweating your arse off for 4 hours to get to the top of a mountain and seeing a minivan full of kids with ice cream pull up, make a lot of noise, litter and leave.

This is a trail where the old saying “it’s the journey, not the destination” rings very true – this route is full of leg-busting ascents, thick forests, epic mountain ridges, and idyllic streamside camp sites. It just happens to end at a peak with a parking lot.

It also starts at a rather busy parking lot at Chantry Flat. This is the same trailhead for the popular hikes in the Santa Anita Canyon, so be sure to arrive early – especially if you’re hiking on the weekend.

I usually have to circle a few times before giving up and paying to park at the Adams’ Pack Station, but on this day I lucked out and nabbed a National Forest land spot. I packed up and headed up past the picnic areas to a small paved road.

Signs here point toward the Winter Creek Trail, and it’s very easy to spot if you stick to San Olene Road. This road crawls up the slope in a series of long switchbacks and there is a series of use-trails that cut through them on a more direct ascent. Stick to the road or take the use-trails – but be aware that the use-trails are overgrown in spots and there is poison oak along the way. The road itself is gently graded and in very good shape. It’s not necessarily the most interesting part of the hike, but I could see this being a great place to get outside and do a little bit of trail running. The road is long, winding, and mostly shadeless. But again, it’s not very steep – and you’ll be done with it in 3.4 miles.

At the first major switchback overlooking the L.A. basin, it is possible to take a very steep use trail from behind a helipad. The trail runs along a firebreak on the ridge, and will cut off a large amount of distance but add a significant amount of elevation gain. Where San Olene Road ends, look to the north side of the road for a use-trail leaving the road behind. This turns into a strenuous firebreak trail that makes some very steep climbs and descents along some minor peaks and bumps. It is a grueling, completely exposed trail that – when it’s hot out – will make you sweat gallons. And it’s a hell of a lot of fun.

As the trail cut through low brush and grasses, I had to stop and steal a few glances backward and the omnipresent haze, covering all of the sprawl of Los Angeles except for the distant mountains of the Cleveland National Forest. The towers of Mount Disappointment to the left

I didn’t want to spend too much time on this section of the trail standing around, though. Not only was it getting toastier by the minute, but I was also being joined by a small cloud of various flying insects, who all seemed very interested in landing on every exposed piece of skin I had.

If I kept moving though, I could pretend there was a breeze blowing to cool me off. And with each peak in the trail, I got closer and closer to the actual mountain.

Finally, after about 2 miles of shadeless trekking, the fire break meets up with the Upper Winter Creek Trail at a memorial bench at 5.6 miles, and then takes a much-needed dive into some tree cover. The temperature dropped about 15 degrees in the shade, so I took a little bit of time out here to relax and cool down. After a short stint in the woods, the trail meets up with the old Mount Wilson Toll Road, an historic early motorway that was used to haul observatory parts up the mountain, as well as delivering hikers and outdoorsmen to the forest’s interior before the Angeles Crest Highway existed. It’s got a pretty interesting history, but for the purposes of the hike it’s just a nice break from the steep incline of that firebreak.

Oh, and it’s got some good pine-framed views of the mountains to the east, like Twin Peaks peering out through the haze: With the radio tower farm in clear sight and striking distance, the final ascent of the mountain went quickly … On the summit of the mountain, you’ll be greeted by a communications center, a giant parking lot, and a small picnic area near the observatory. There’s nothing approaching a feeling of remoteness or solitude here but hopefully you knew that going in. Just think of how bad ass you’ll look to car-cramped sightseers when you emerge from the woods, sweaty and covered in dirt.

If you’re lucky, you’ll get a great view of the urban sprawl below you – or the seemingly flat summit of nearby Mount Markham to your west. After a short rest at the top, I made my way back down the mountain, this time taking the Upper Winter Creek Trail back to Chantry Flat. The Upper Trail was more wooded, more rugged, and surprisingly much, much steeper than the firebreak route. It’s also almost completely lined with poison oak on both sides. The scenery is nice, but there are a healthy number of switchbacks on the trail … so if they bug you when climbing, I really don’t recommend trying to come up this way. I do, however, recommend stopping at the Adams’ Pack Station when you’re done. If the weather was hot, you’ll probably need some liquid refreshment – and the staff is always friendly and happy to hear about your hike.

At the very least, you can show off your hikers’ dirt tan: 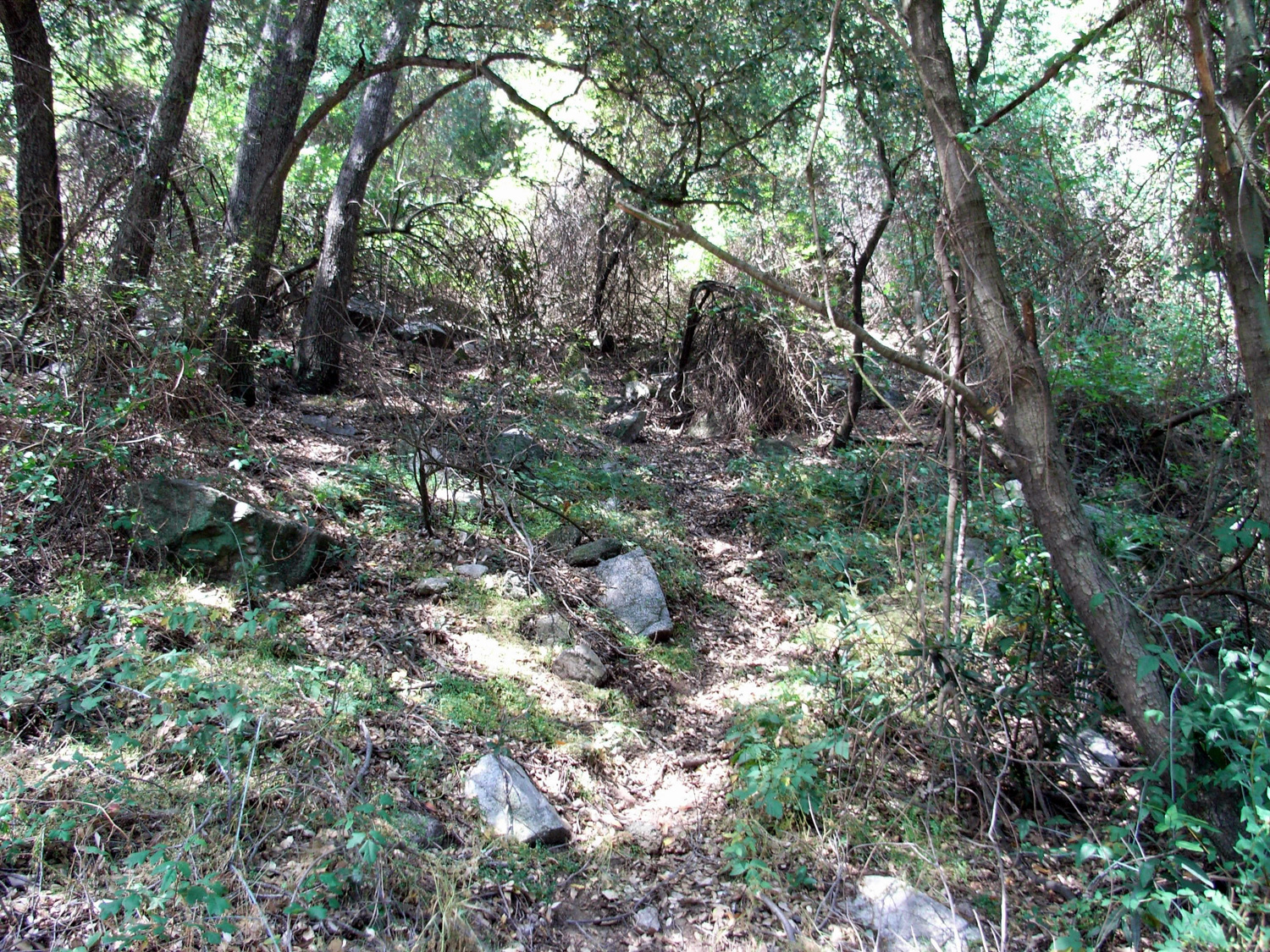 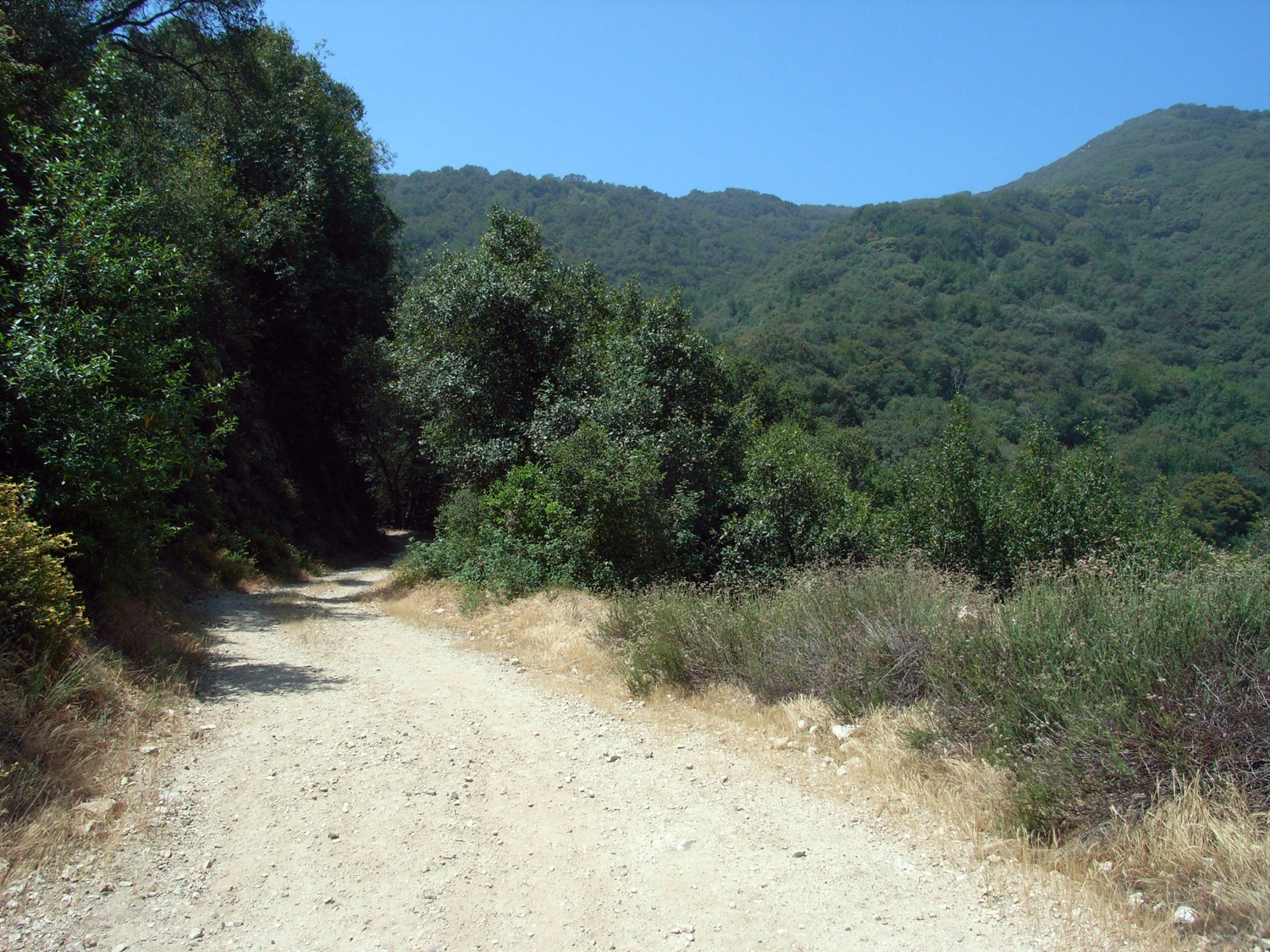 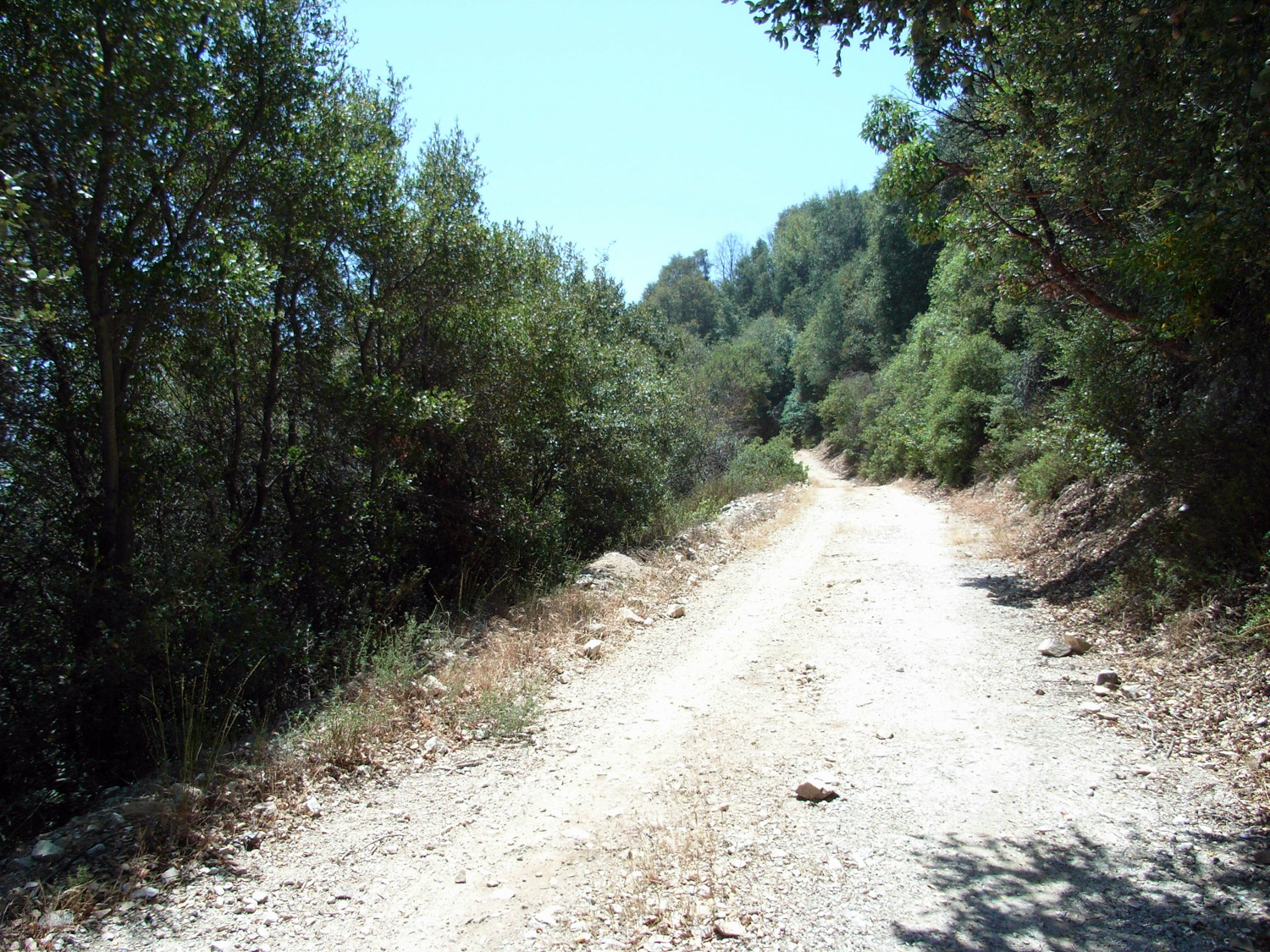 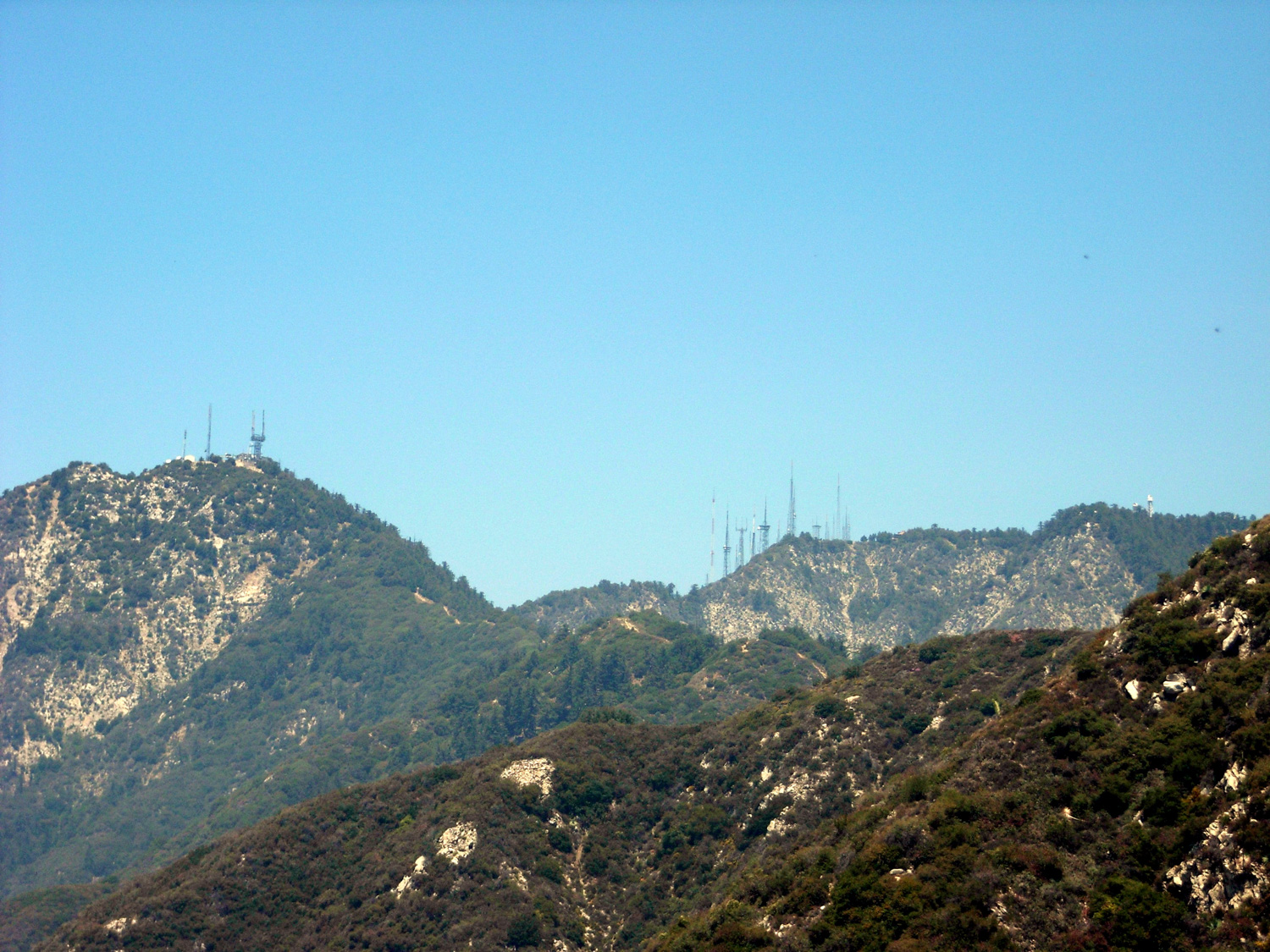 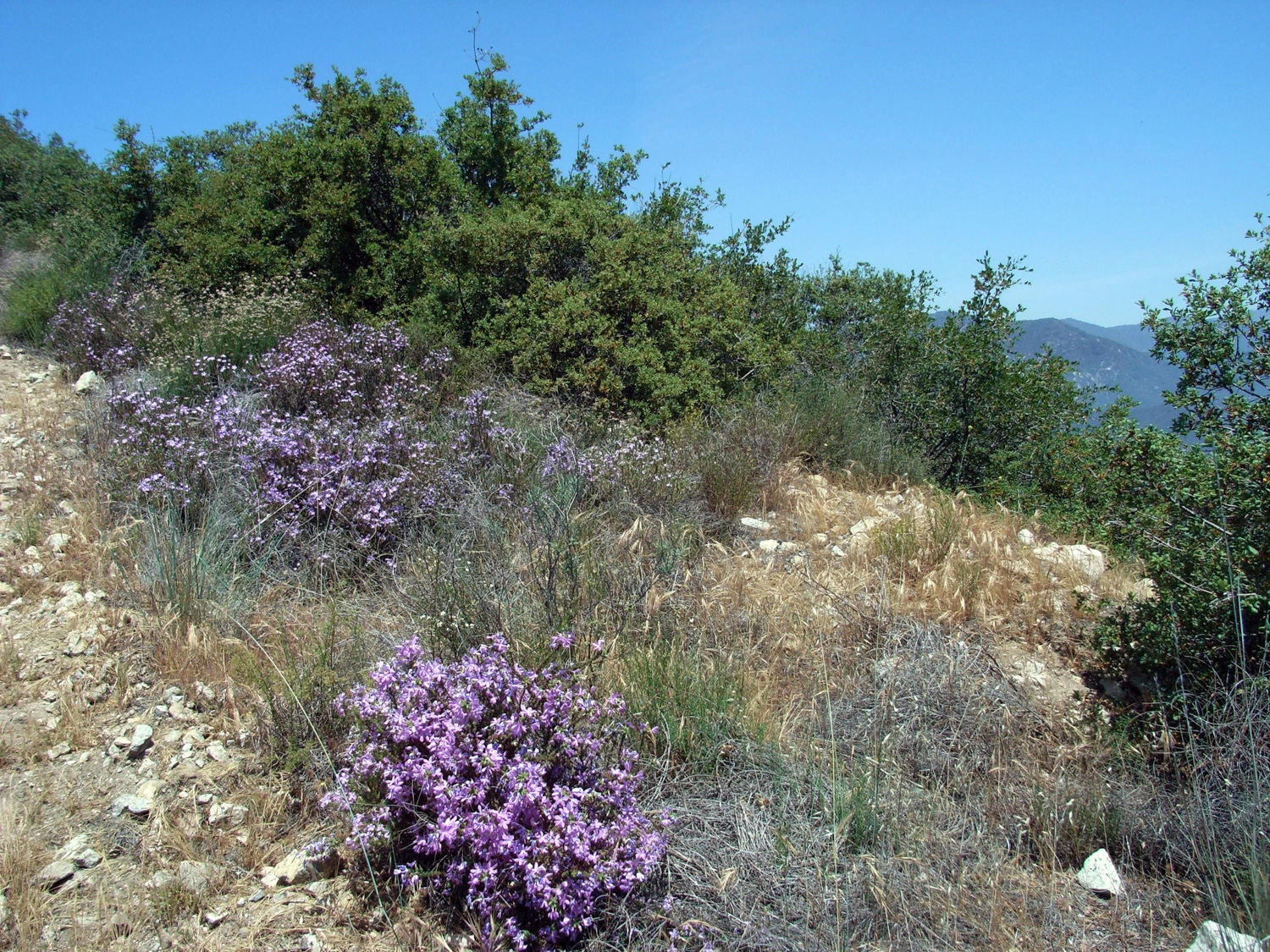 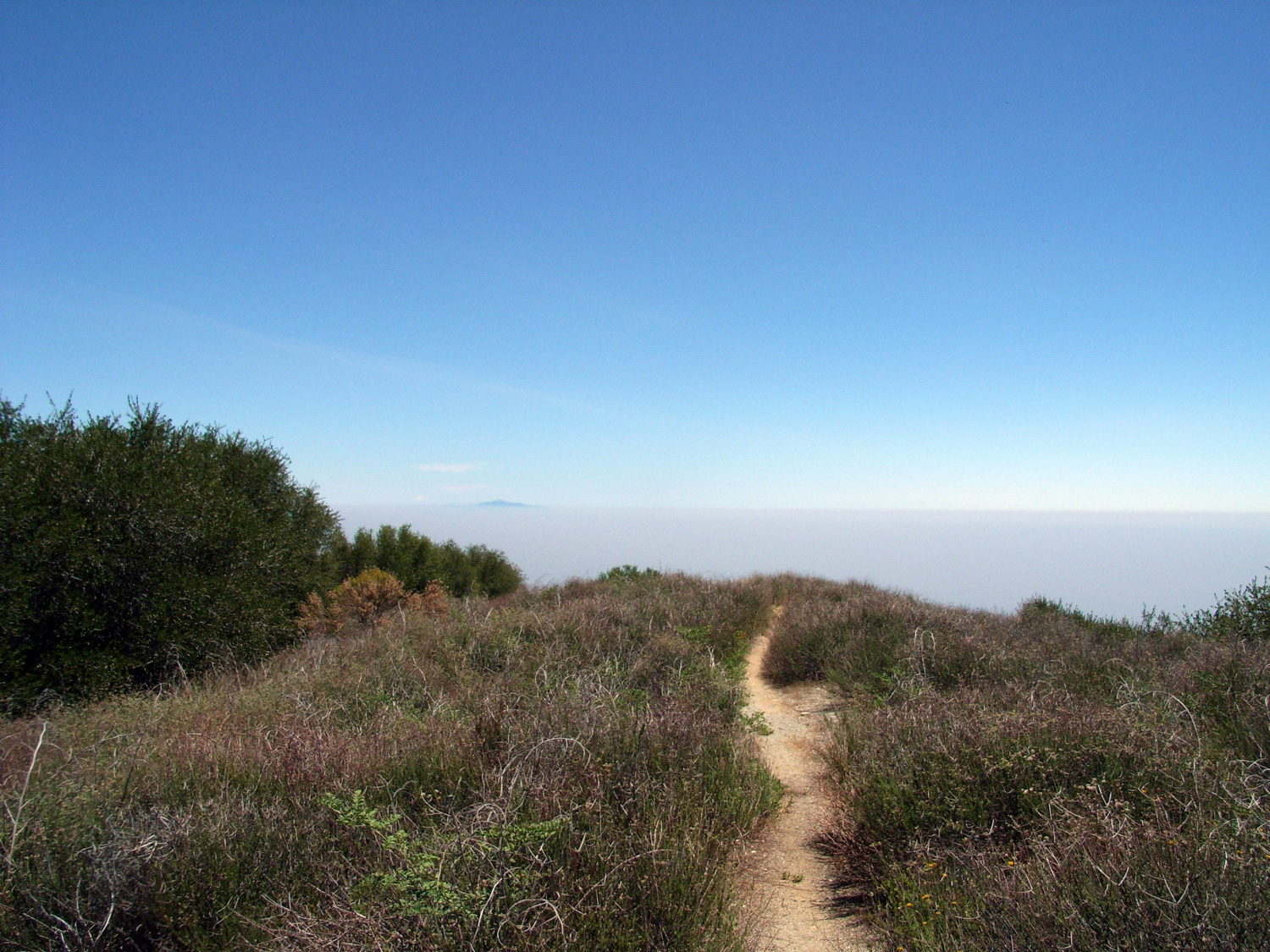 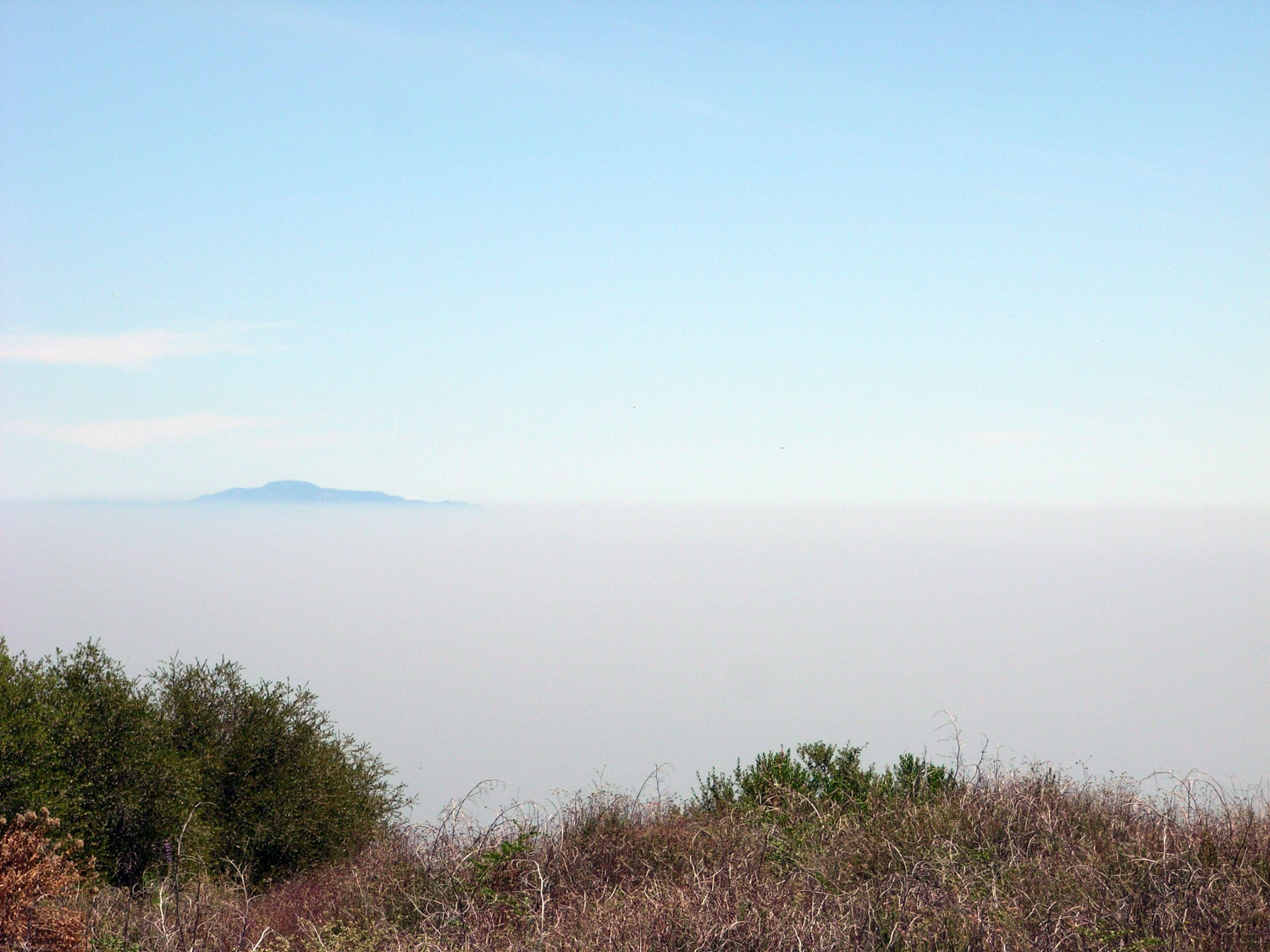 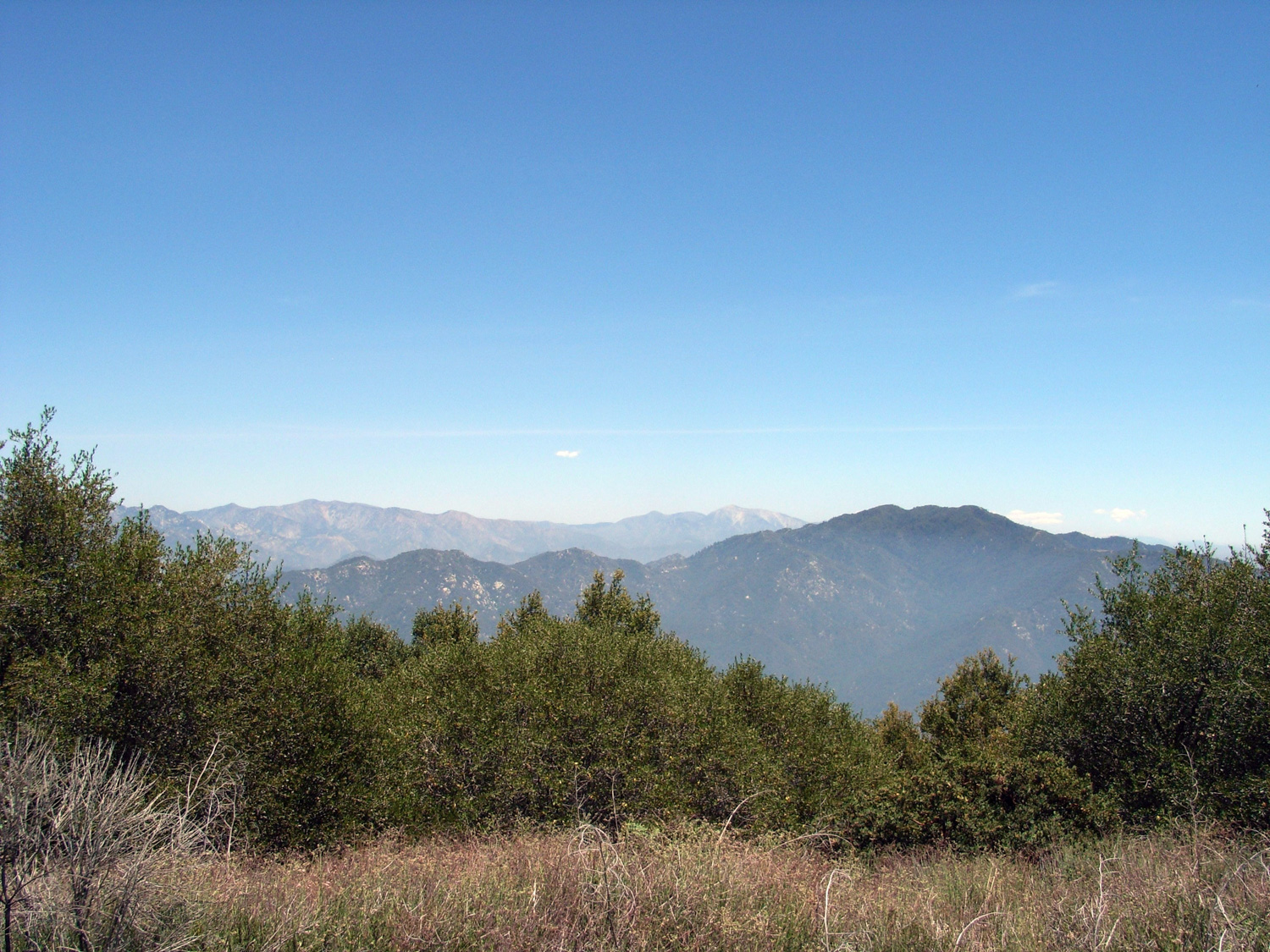 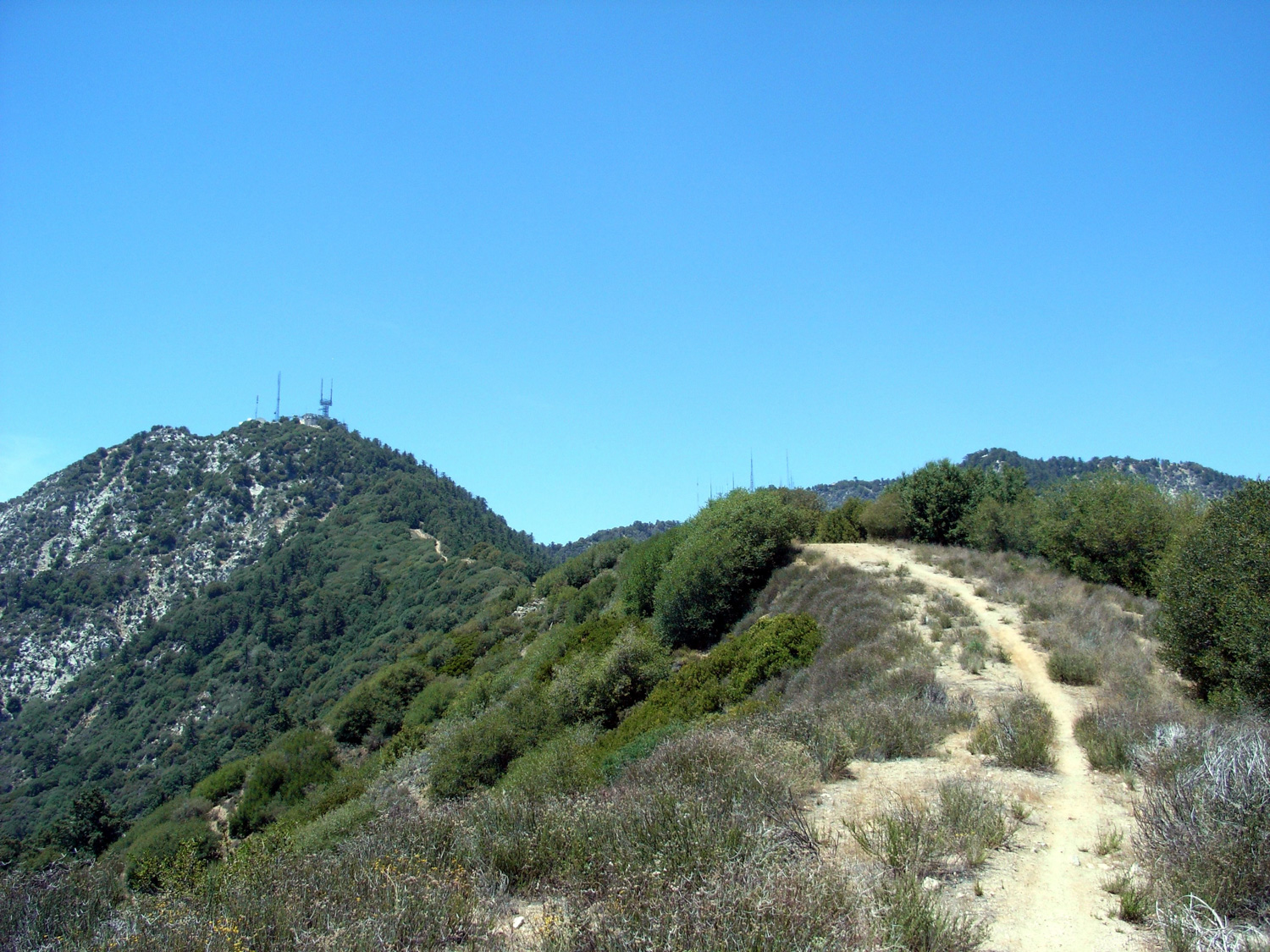 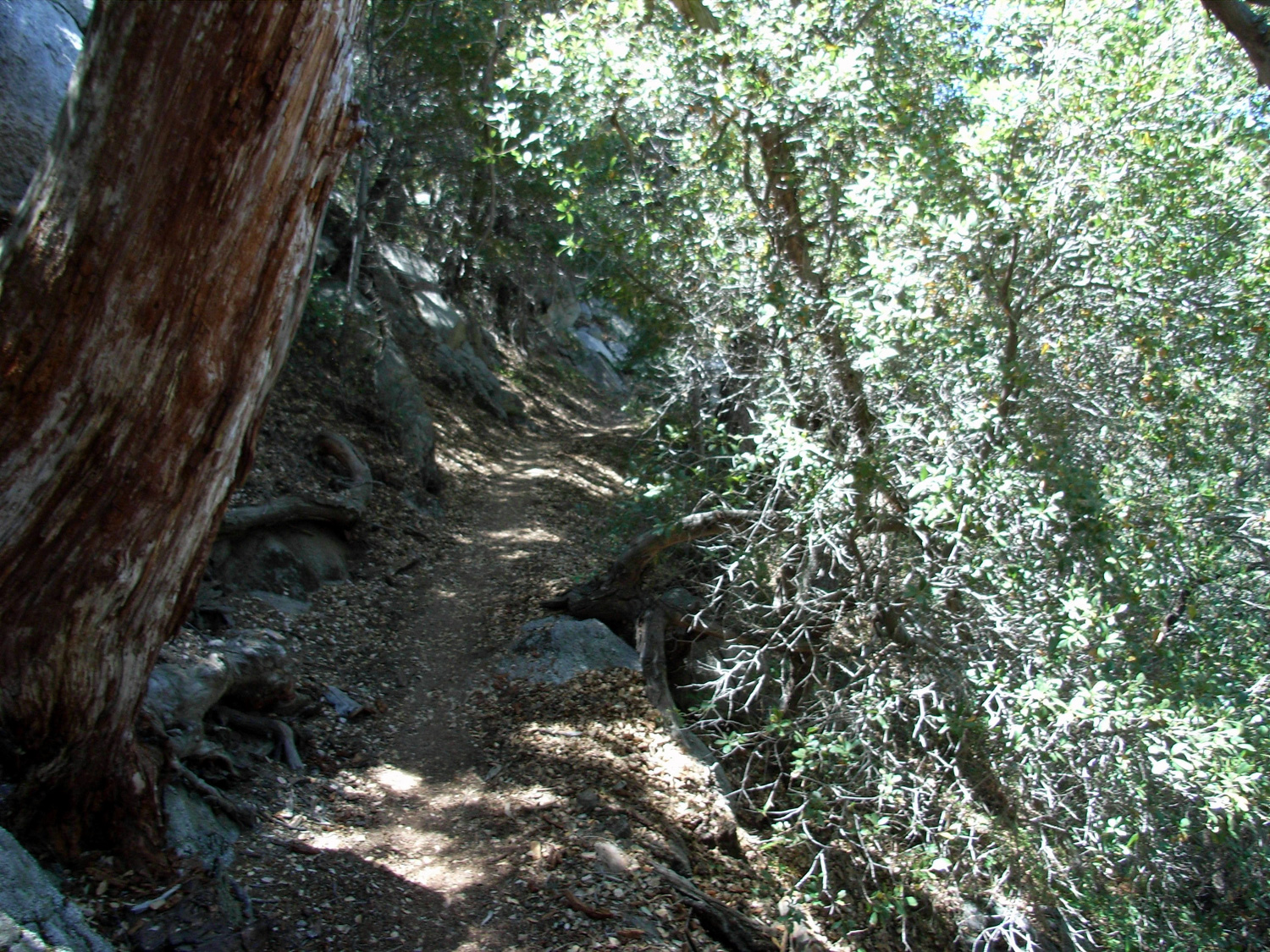 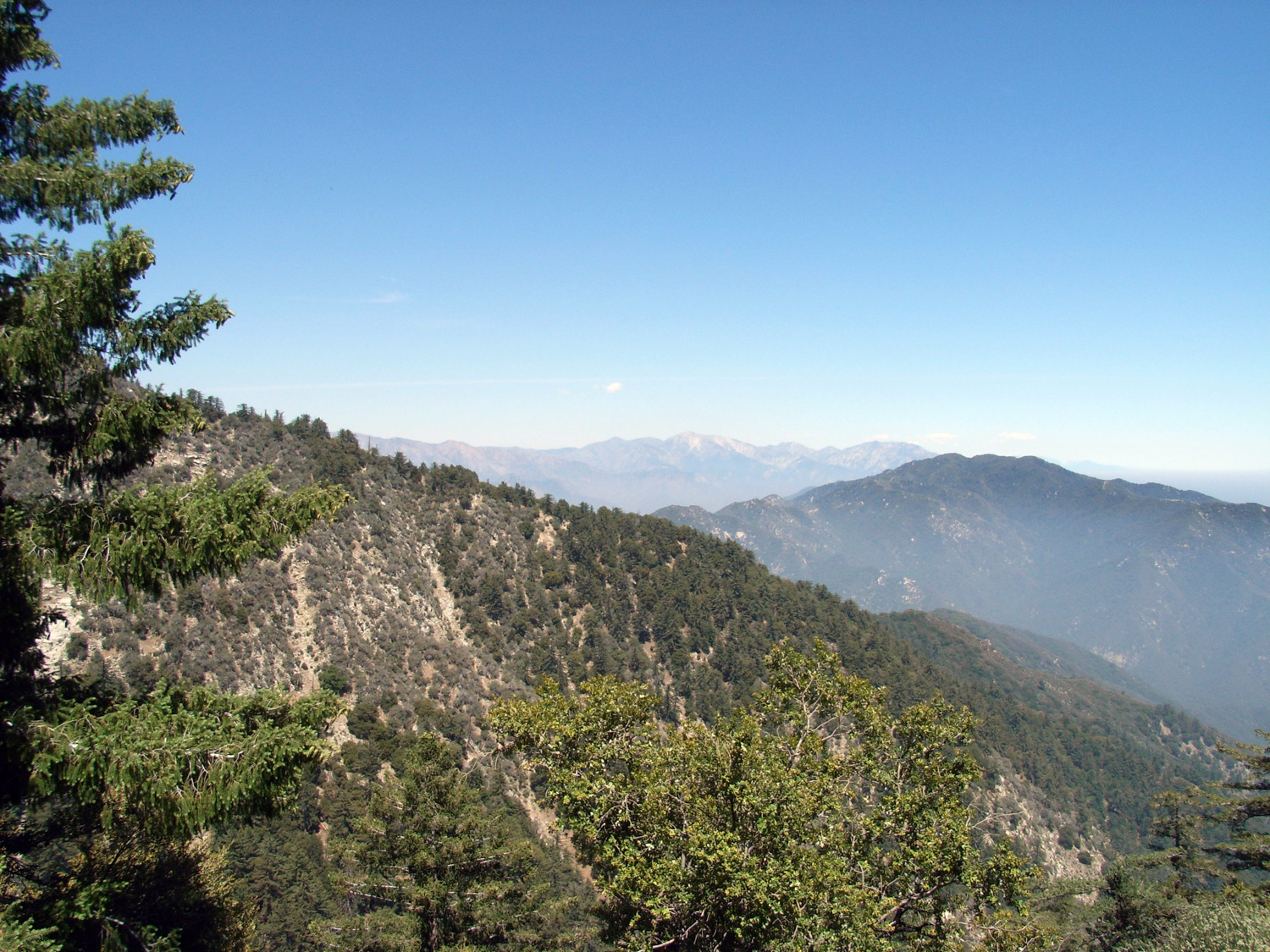 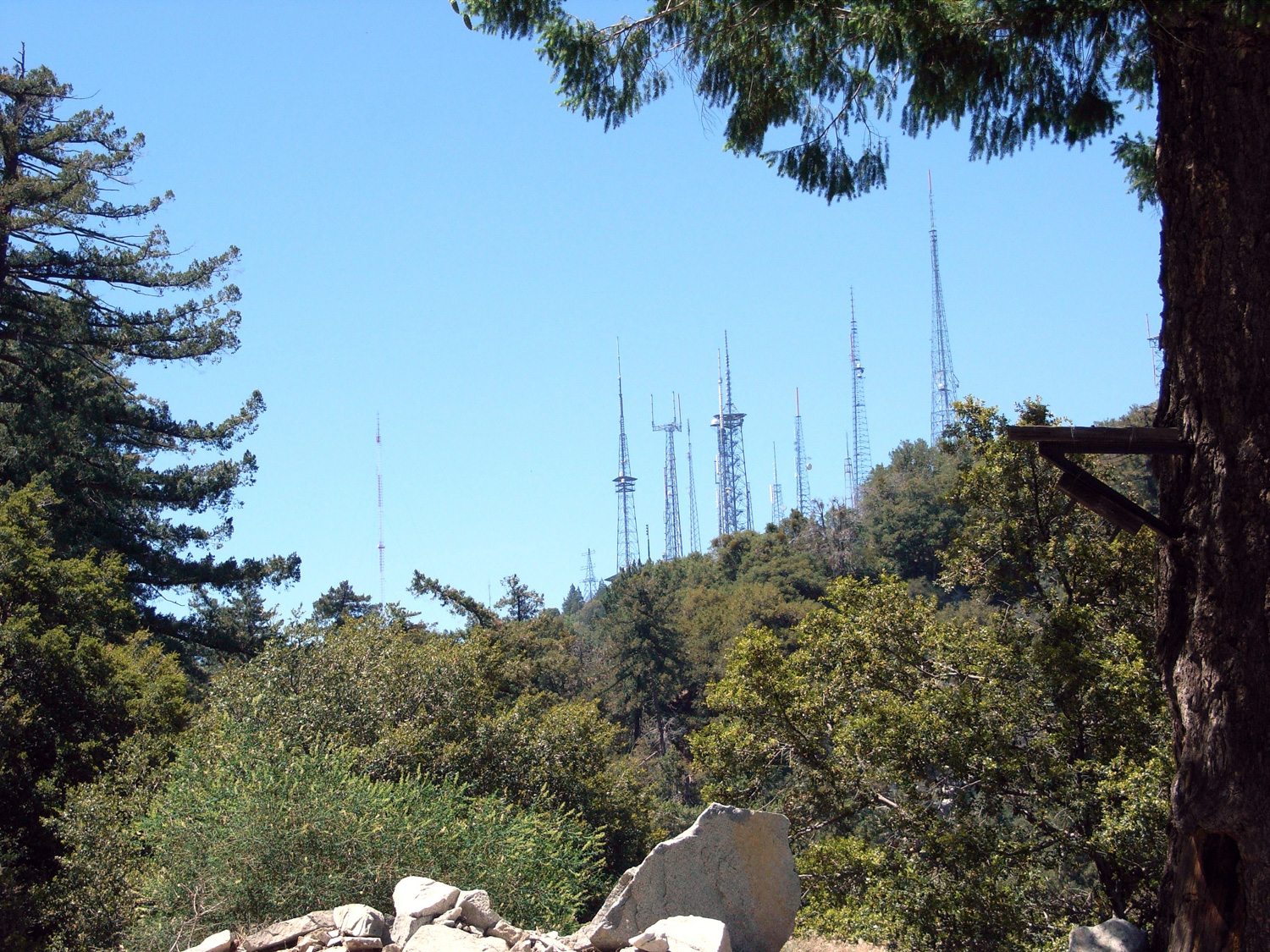 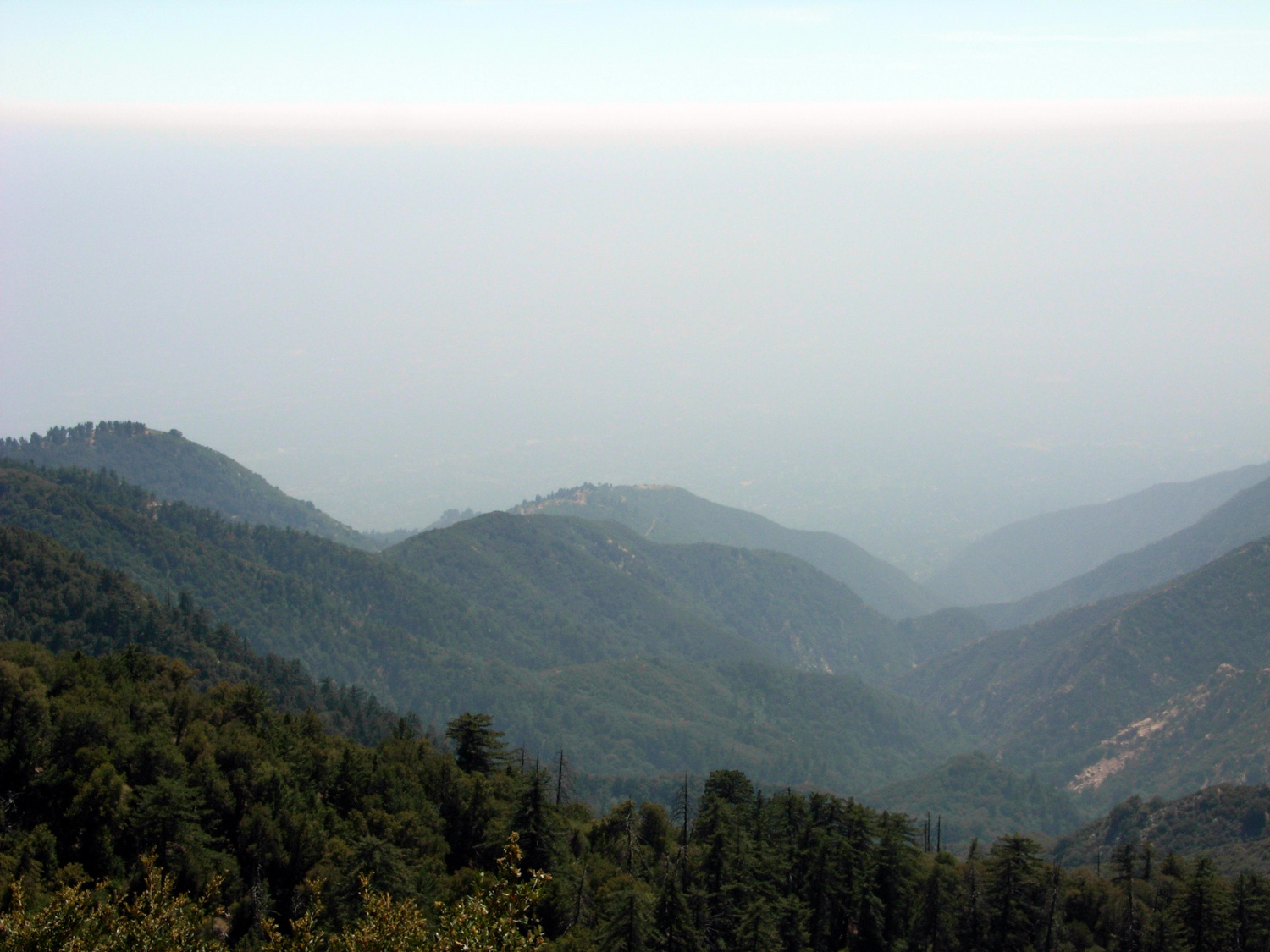 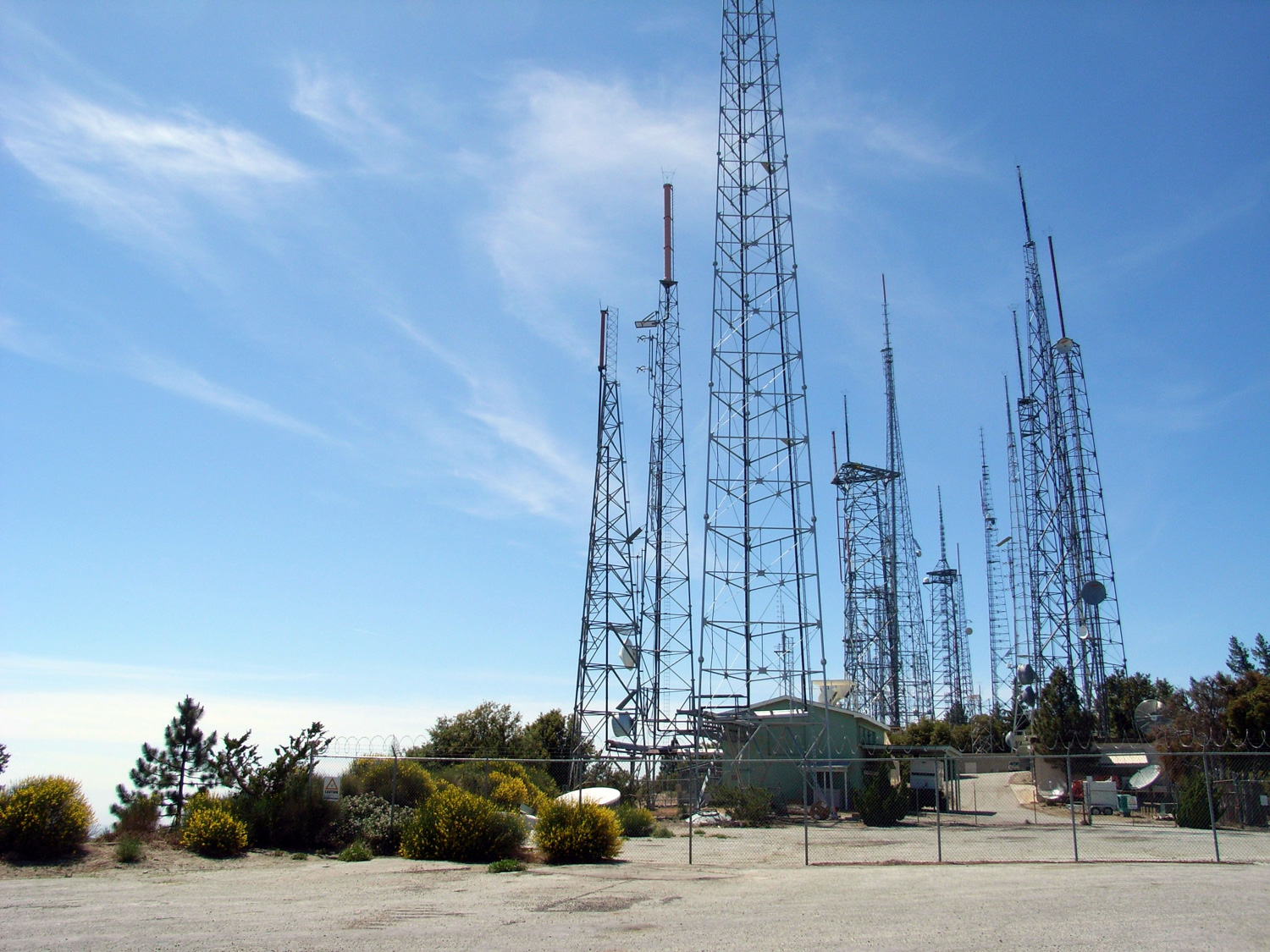 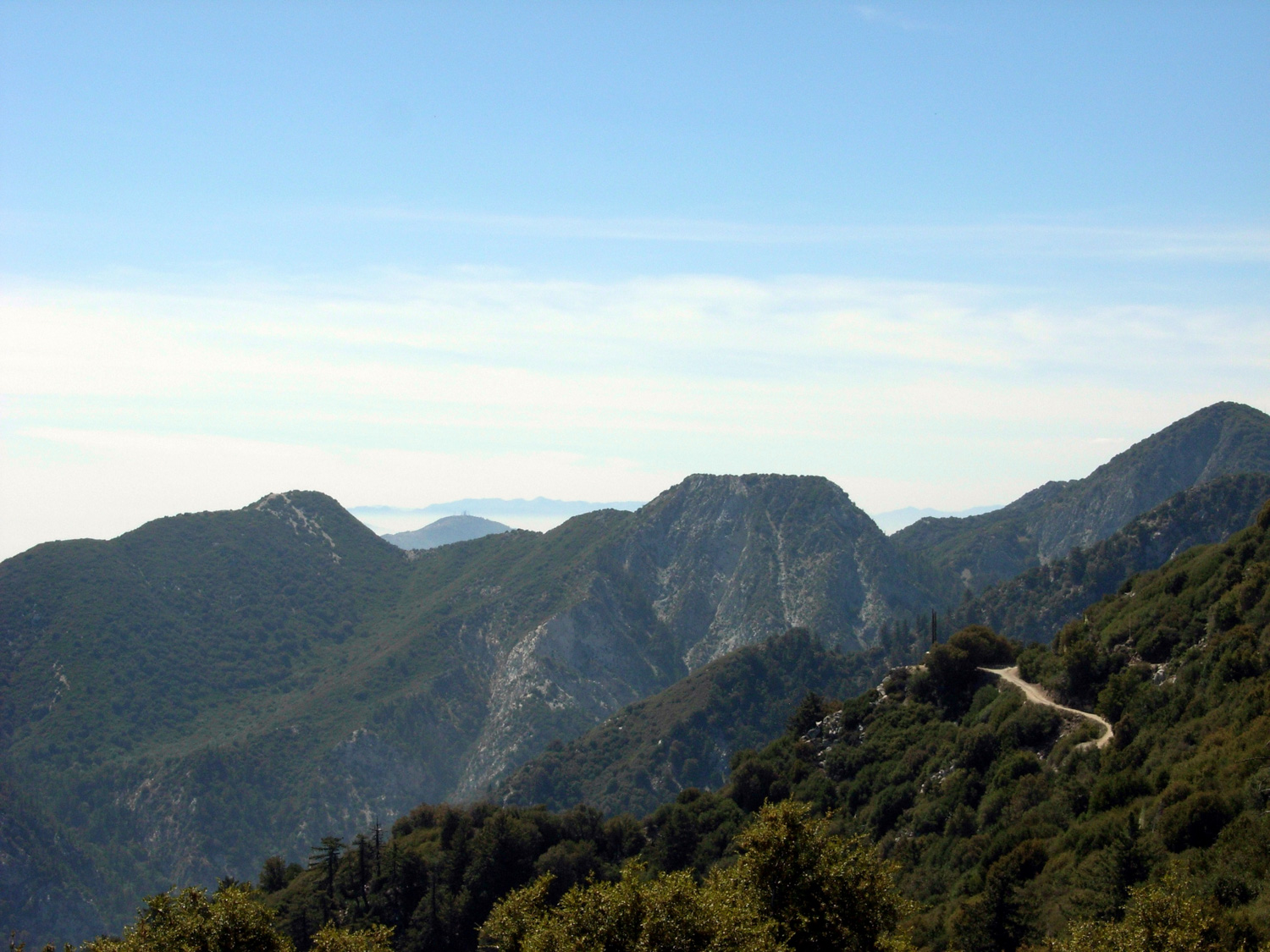 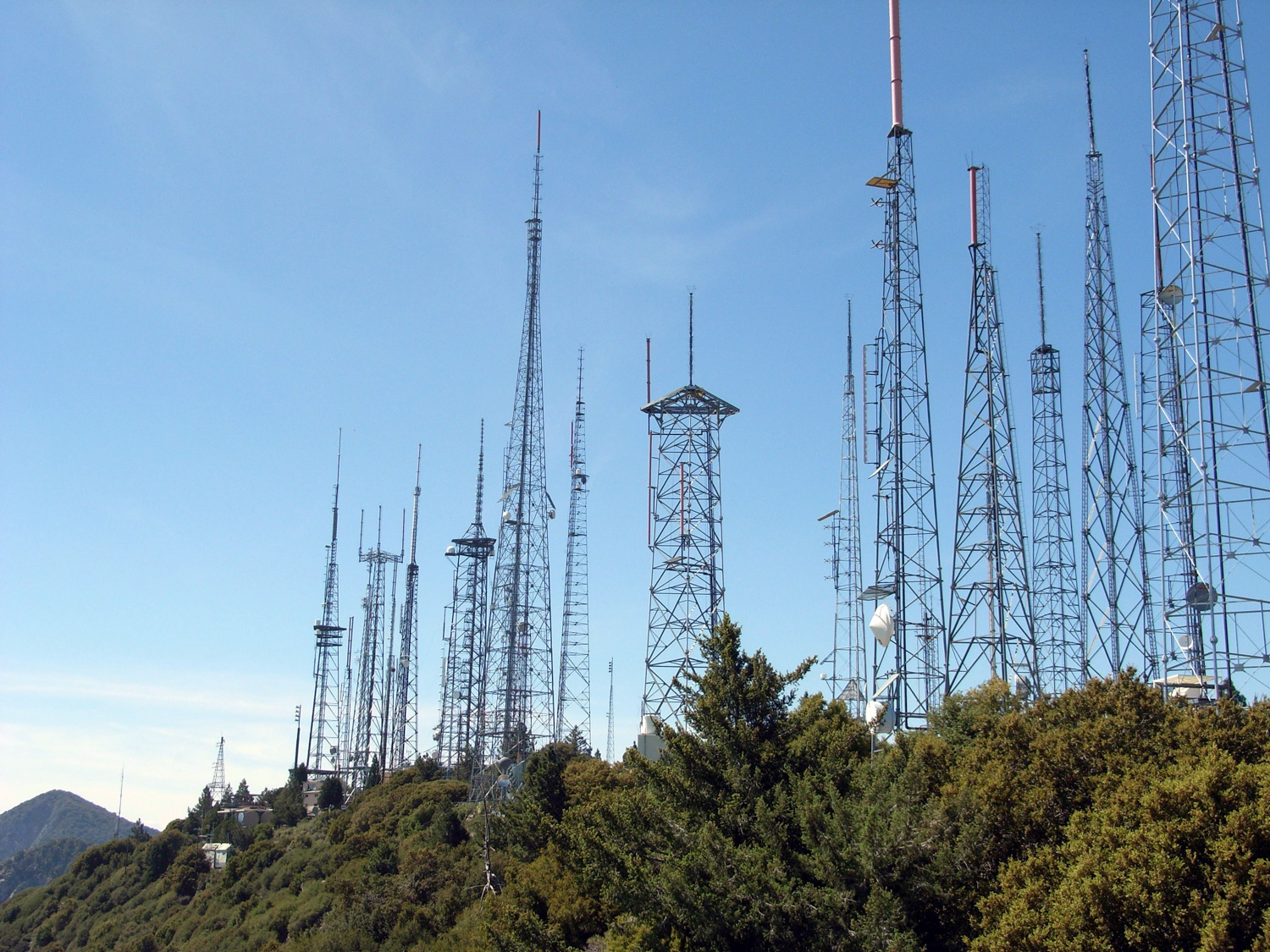 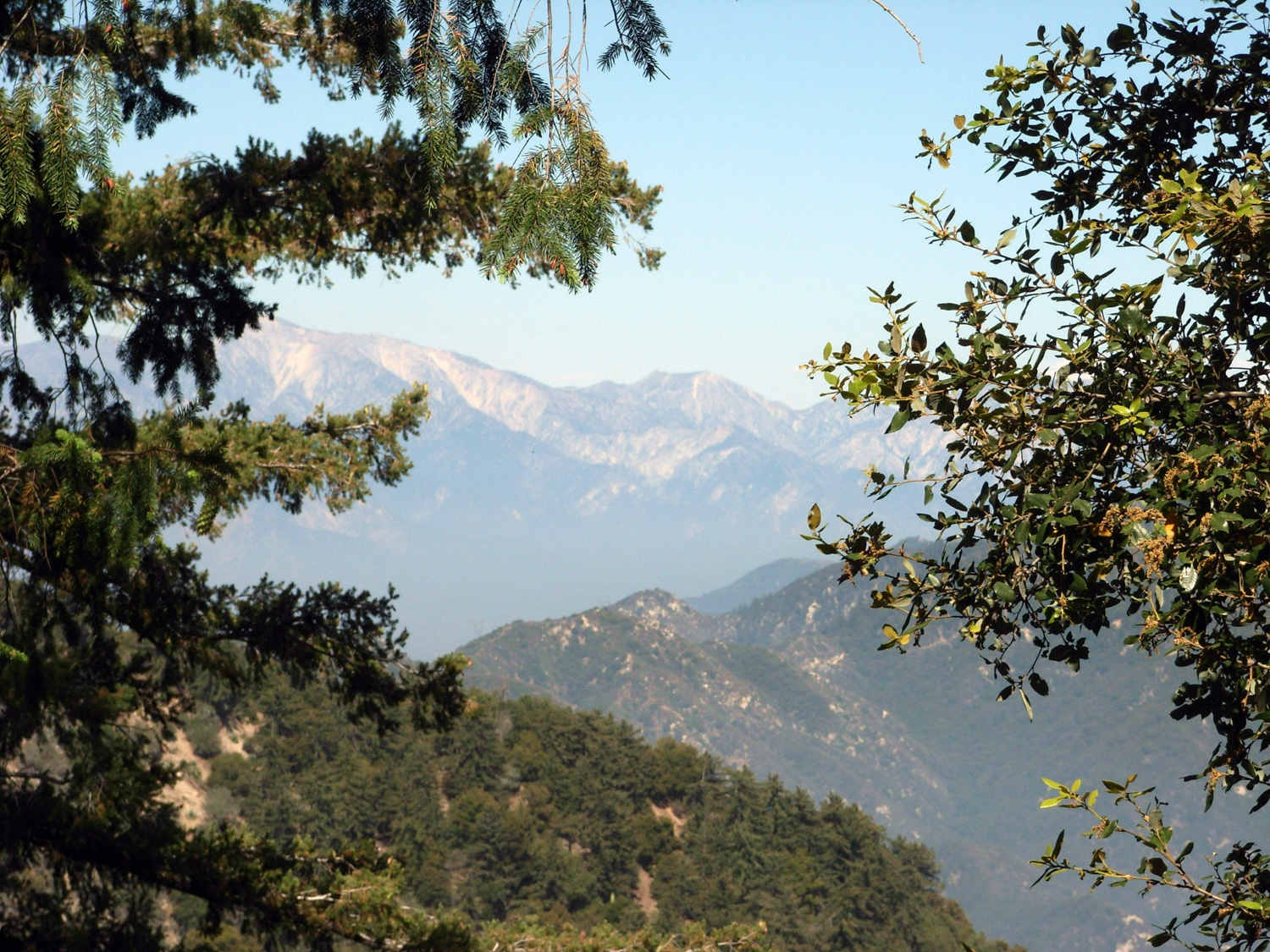 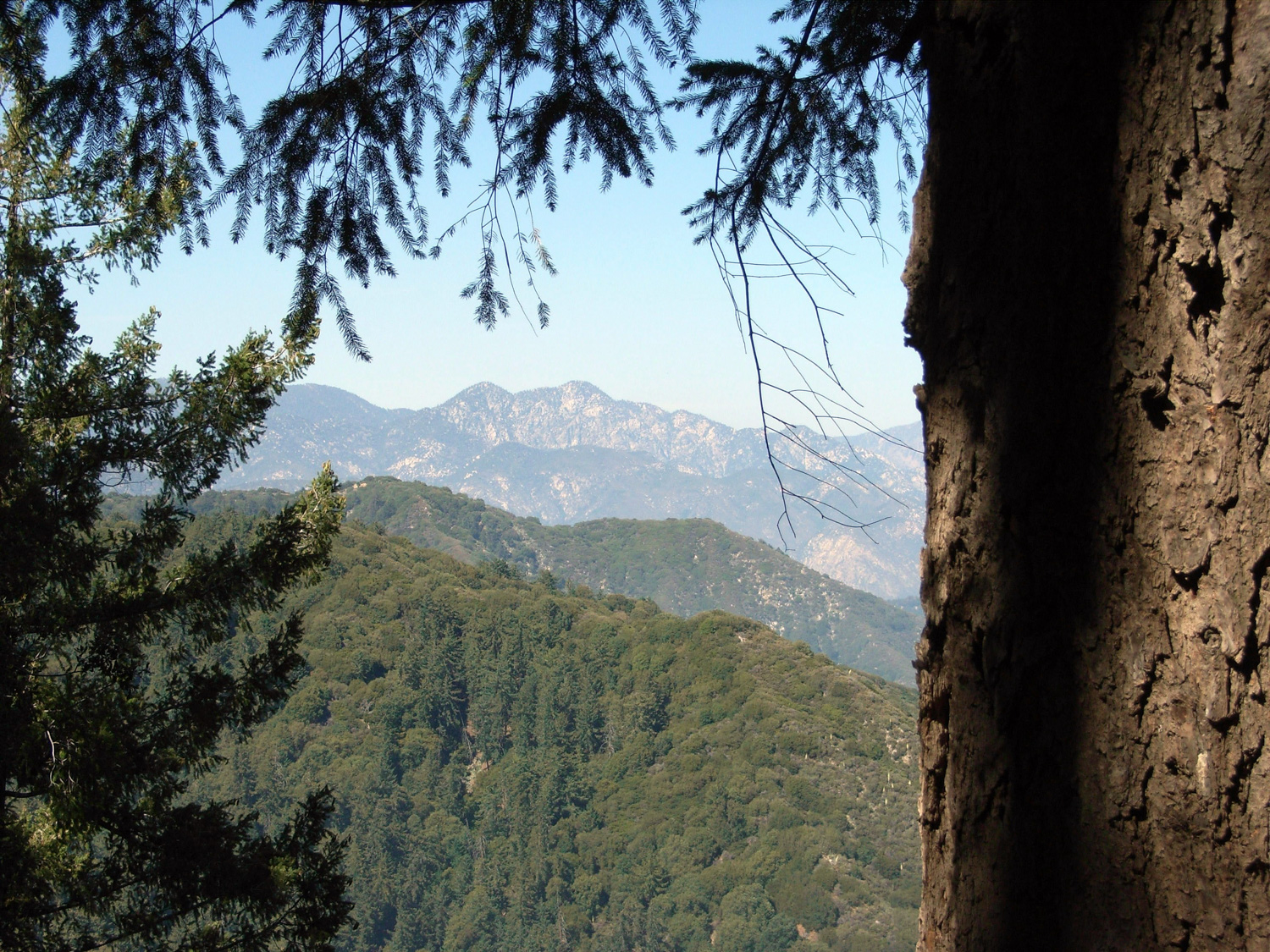 For the most part very good. This trail is mostly on fire road and established trail, the one potentially tough section being the ridgeline firebreak from San Olene Road to the Upper Winter Creek Trail.

Take the Santa Anita exit from the 210 toward Acadia. Keep on Santa Anita Canyon Road until it ends at Chantry Flat. If you can find a parking spot here, snag it and display your Adventure Pass. The Pack Station has overflow parking for an additional fee. Get here early -- this is one of the most notoriously overcrowded trailheads in Southern California.