Note: The GPX on this trail is from two separate trips, which is why the profile is oddly rendered here.

Just west of the deep, rugged gash of Pine Valley Creek lies a trio of rugged, granitic peaks offering brilliant views and some enjoyable scrambling challenges. One of these peaks, Lyons Peak, remains tantalizingly off-limits to the public, but the other two, Lawson and Gaskill, offer hikers impressive views and the chance to test their scrambling skills. 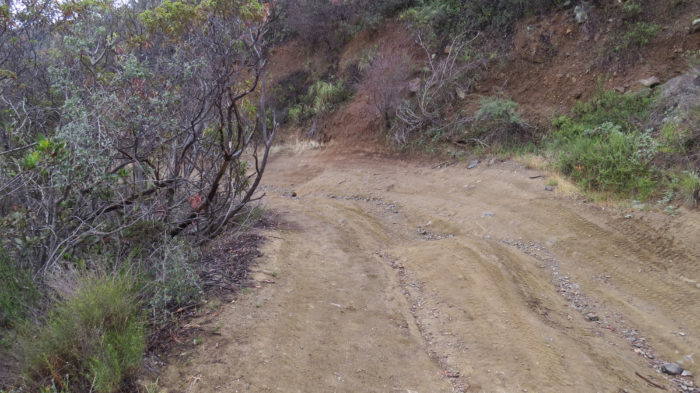 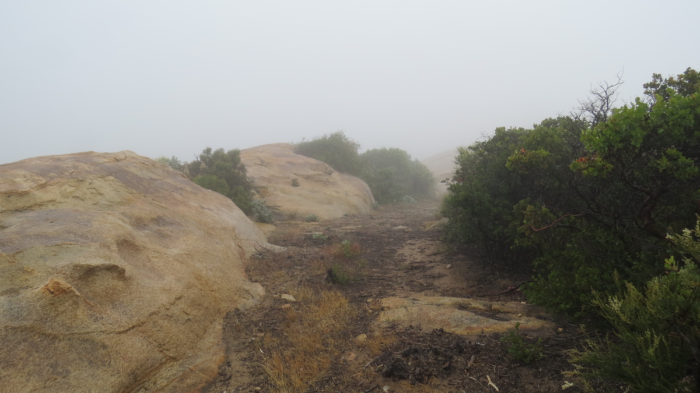 The uneventful, somewhat tedious approach to the peak follows unpaved Carvacre Road. Years of erosion have not been kind to Carvacre Road, as deep ruts and gouges have left it in an advanced state of ruggedness. Even hikers may struggle to find an easy path, but a few 4WD enthusiasts still make an attempt on the excessively rough road. You’ll follow the road generally northwest for 1.9 miles as it gains 1,000 feet on its way to the base of Lawson Peak. 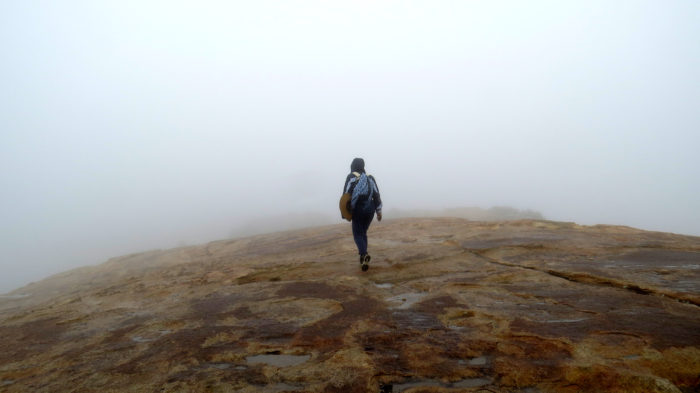 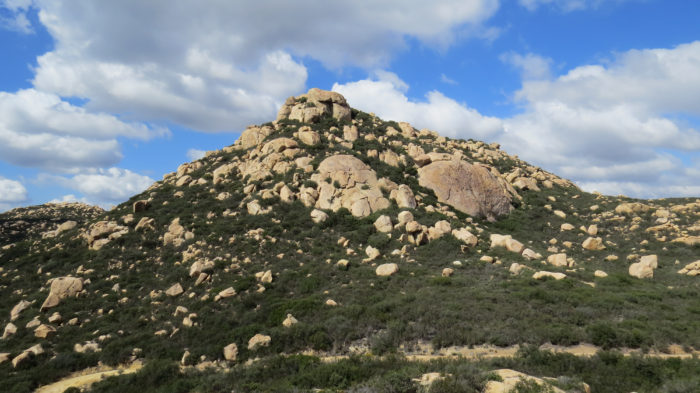 Before reaching the peak, you’ll encounter a massive, rounded granitic outcrop that offers some mild scrambling as a warm-up for the main event. From this outcrop, continue northeast for .2 mile to a four-way junction. Continue straight, heading nearly west, toward the base of  the rugged jumble of boulders known as Lawson Peak and commence a fun, challenging scramble. 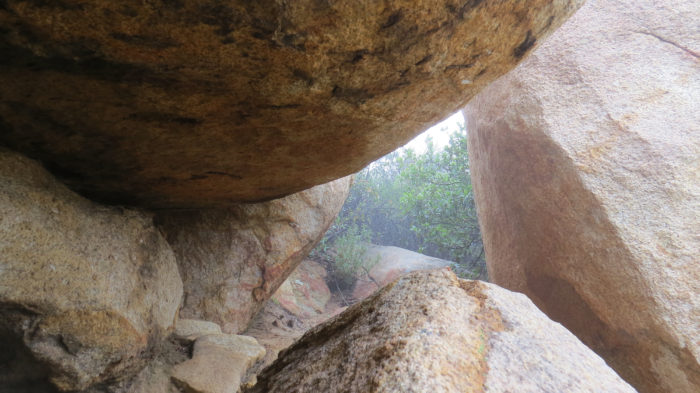 Some of what you’ll be scrambling through

The scrambling takes you up a steep, rugged path that gradually wraps around the north and then west side of the summit. Just before the summit, you’ll encounter a 20-foot high chute that you will have to work your way up to reach the top. A rope may aid in your climb, but it’s probably safer to trust to your own scrambling skills. Beyond the chute, you’ll pass through a small cave before emerging on the dramatic, wind-swept summit. 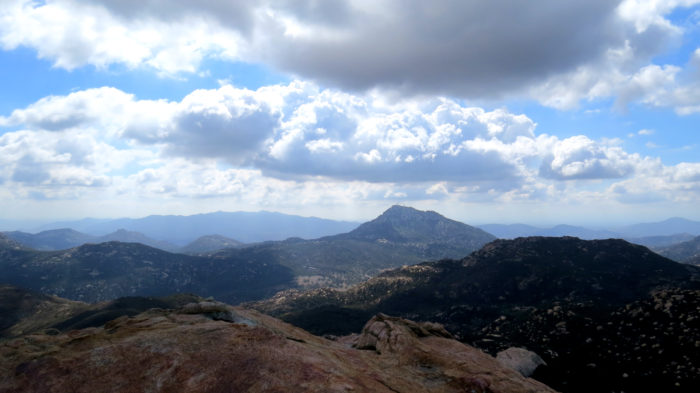 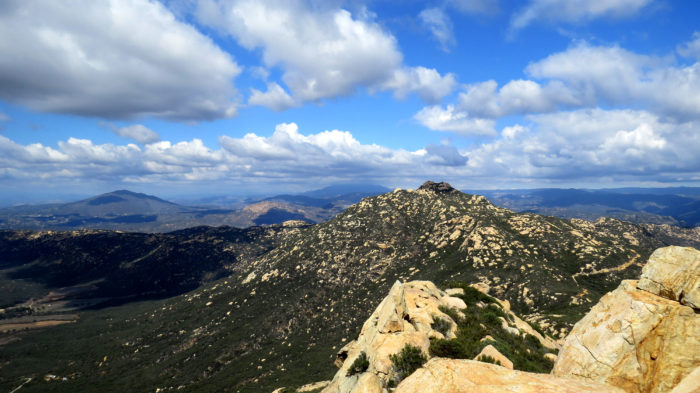 The views here are impressive, especially toward Lyons Peak and into the surrounding valleys adjacent to the Lawson Peak summit ridge. This particularly dramatic summit feels a bit like standing atop the world, even though Lawson Peak’s summit is not particularly high relative to neighboring peaks like Cuyamaca Peak. 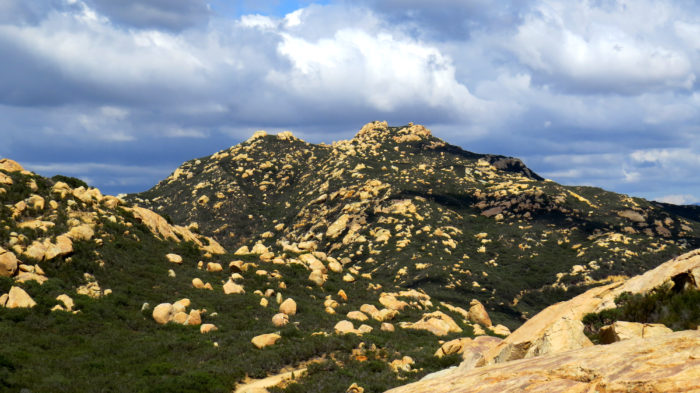 If you have had enough climbing for one day, you can retrace your steps back to your care. If you wish to attempt a second higher, but less challenging ascent, retrace your steps to the four-way junction and head northeast on Wisecarver Road for .5 mile to an obscure junction with a faint, overgrown hiker-created trail leading to the rocky summit of Gaskill Peak. 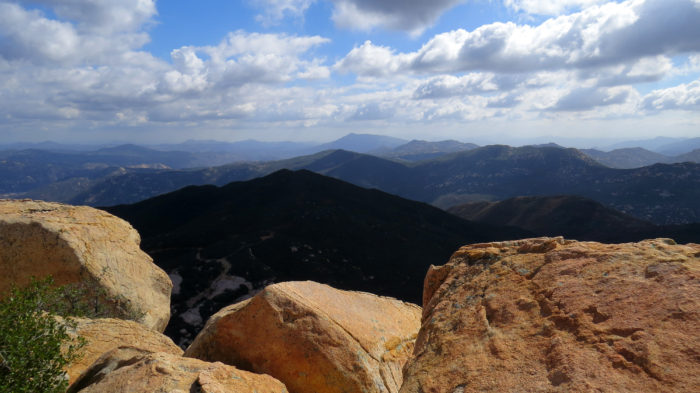 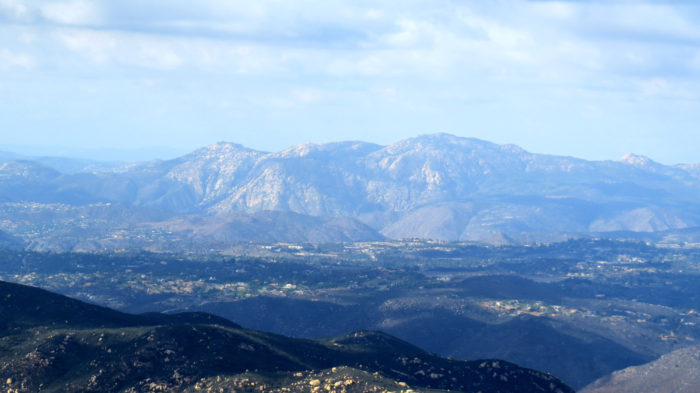 The ascent follows Gaskill’s southern ridge through dense chaparral and occasionally over boulders and outcrops. Reaching the summit is less challenging that Lawson Peak, although there is one tricky bit of climbing just before the summit. Look for a summit register tucked into a tiny alcove. Be sure to add your name to the ever-growing list of modern-day conquistadors looking to show the mountains who is boss.

Accommodations near Lawson and Gaskill Peaks 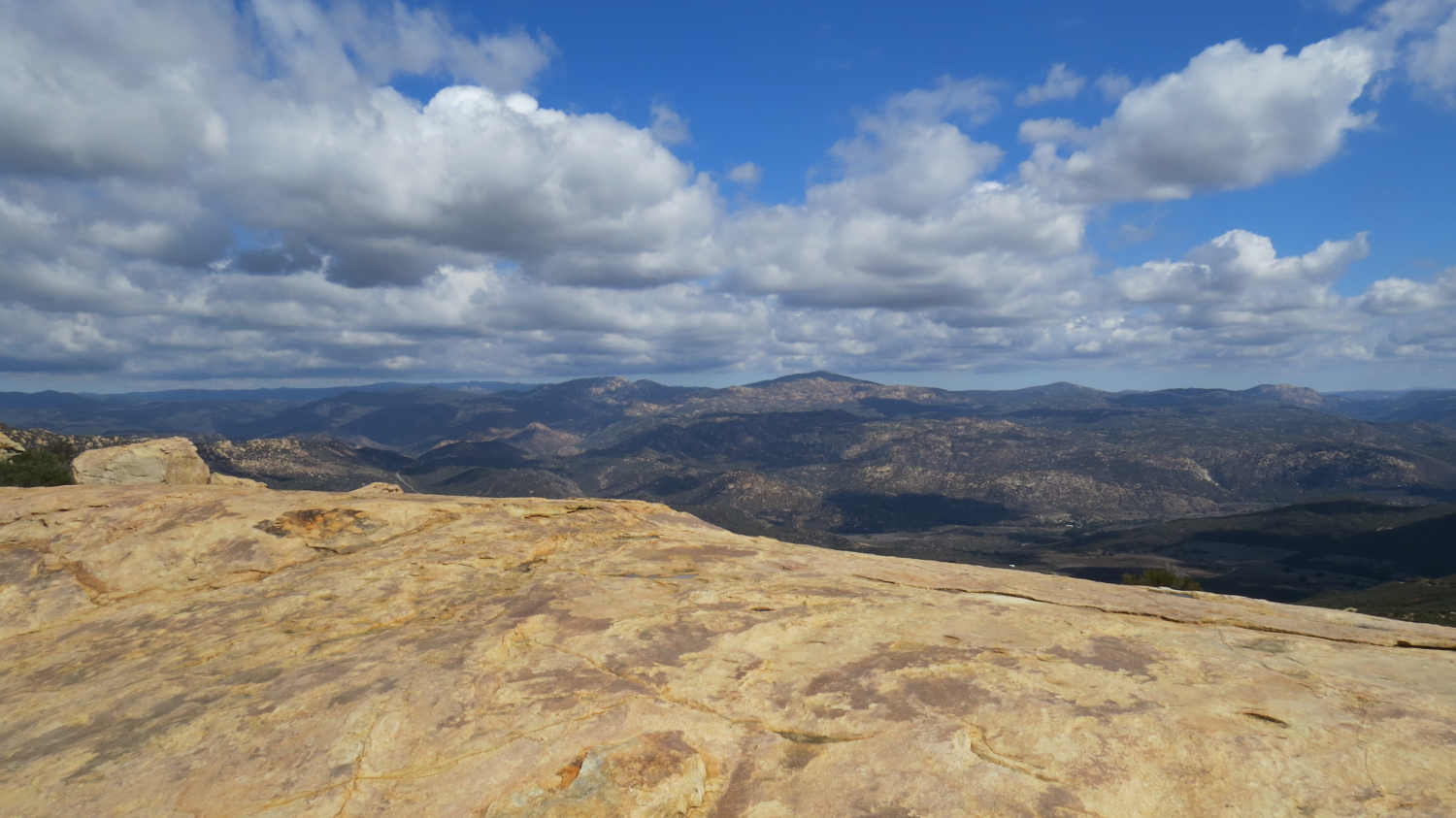 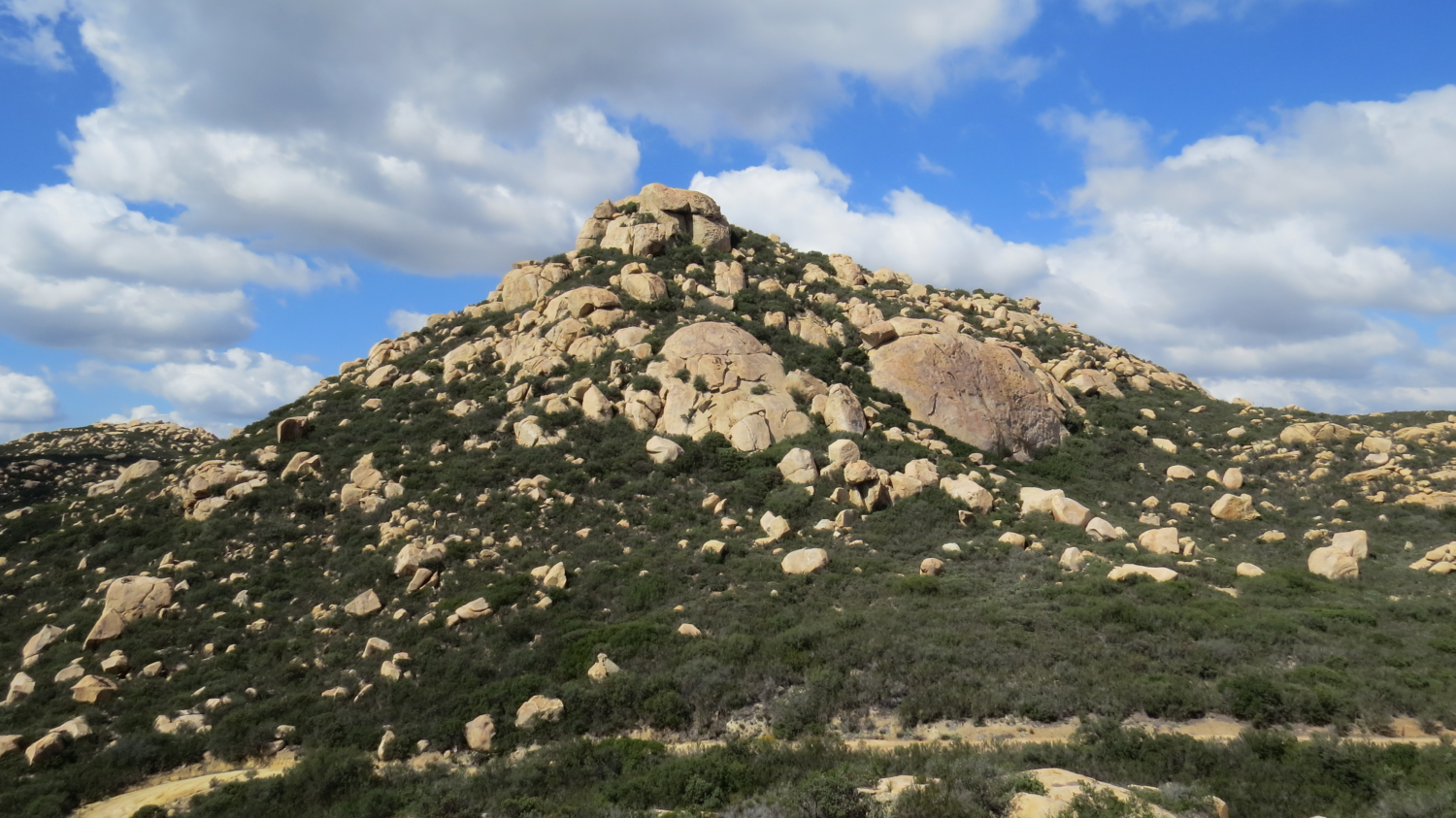 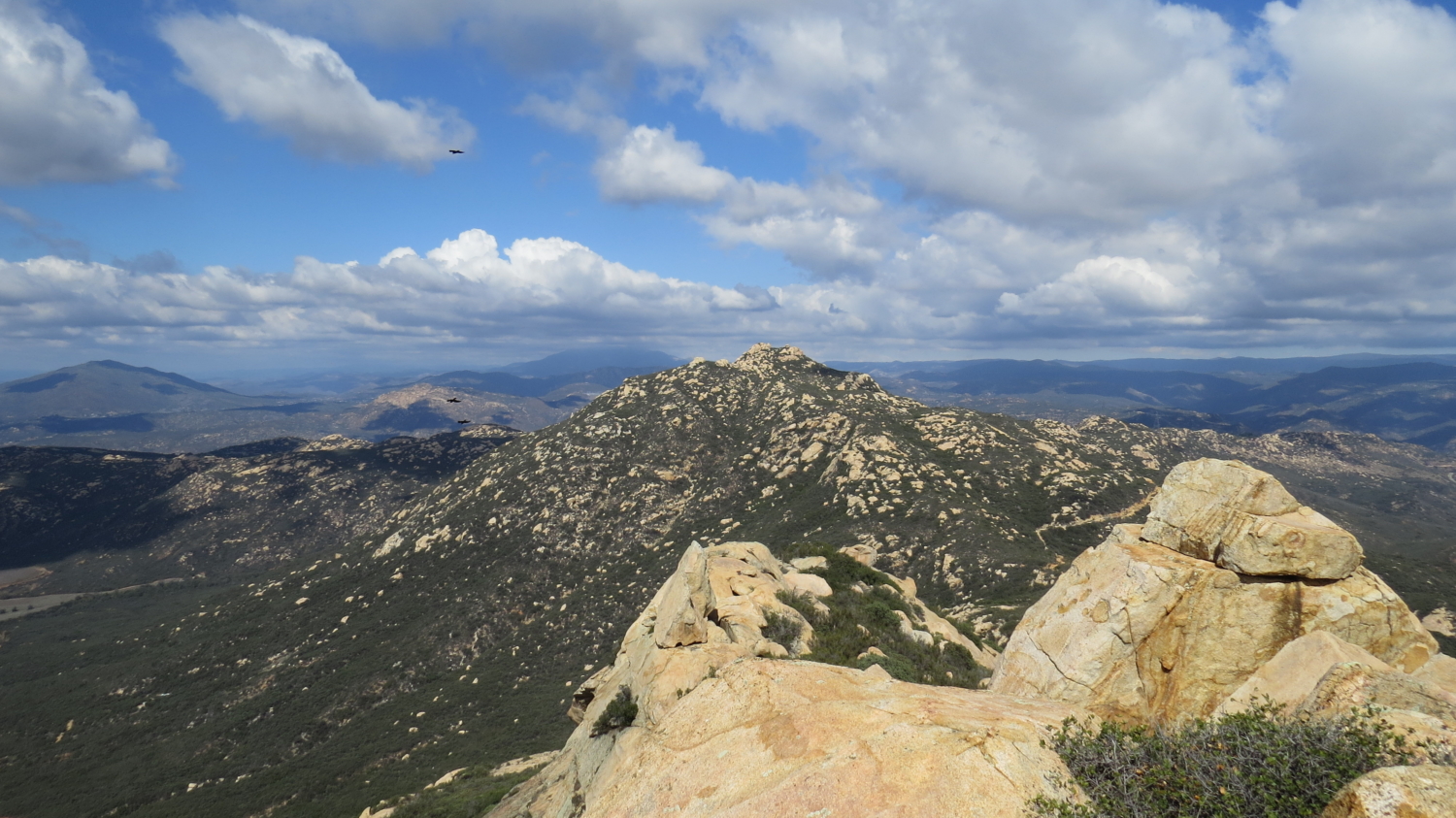 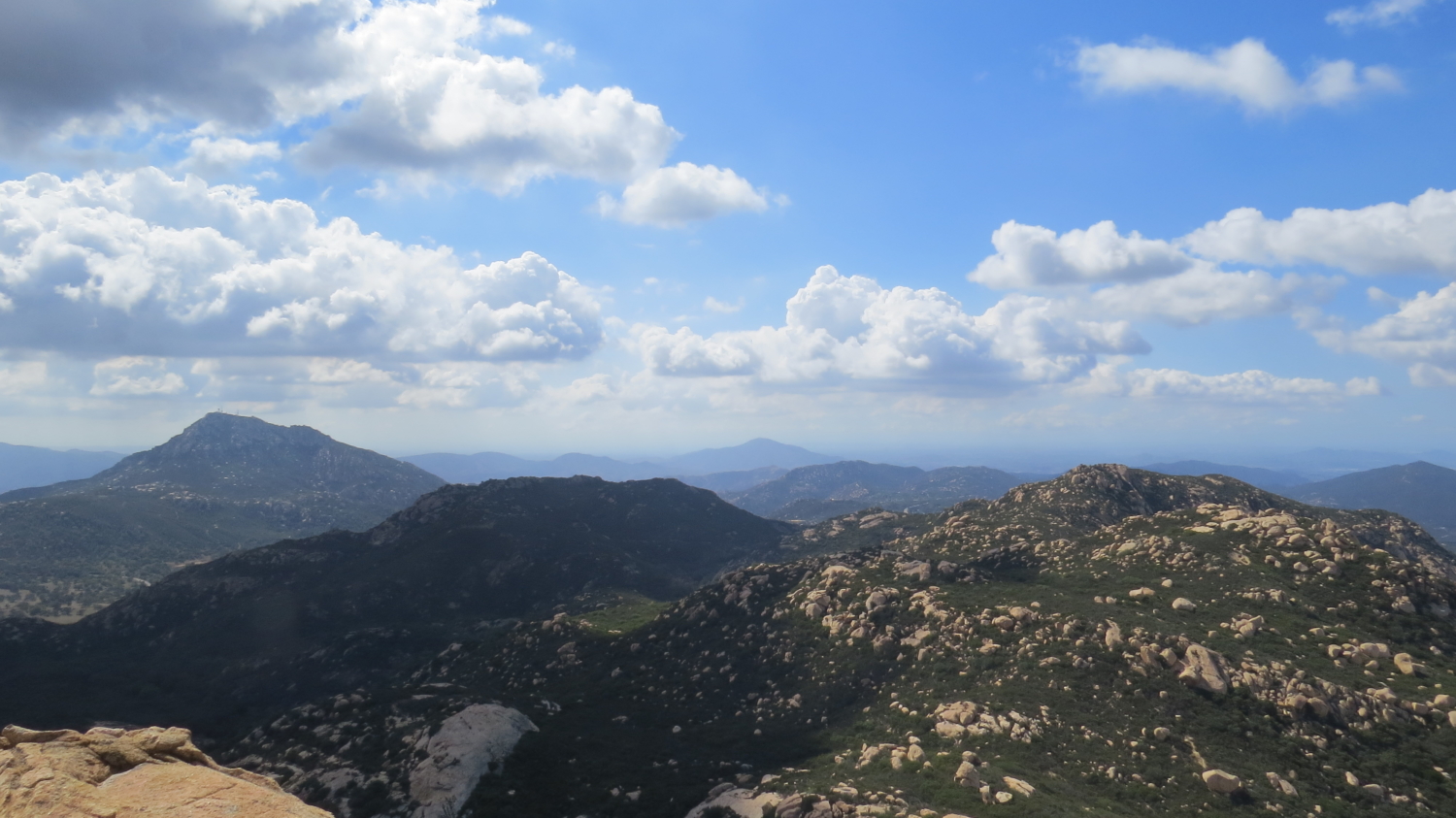 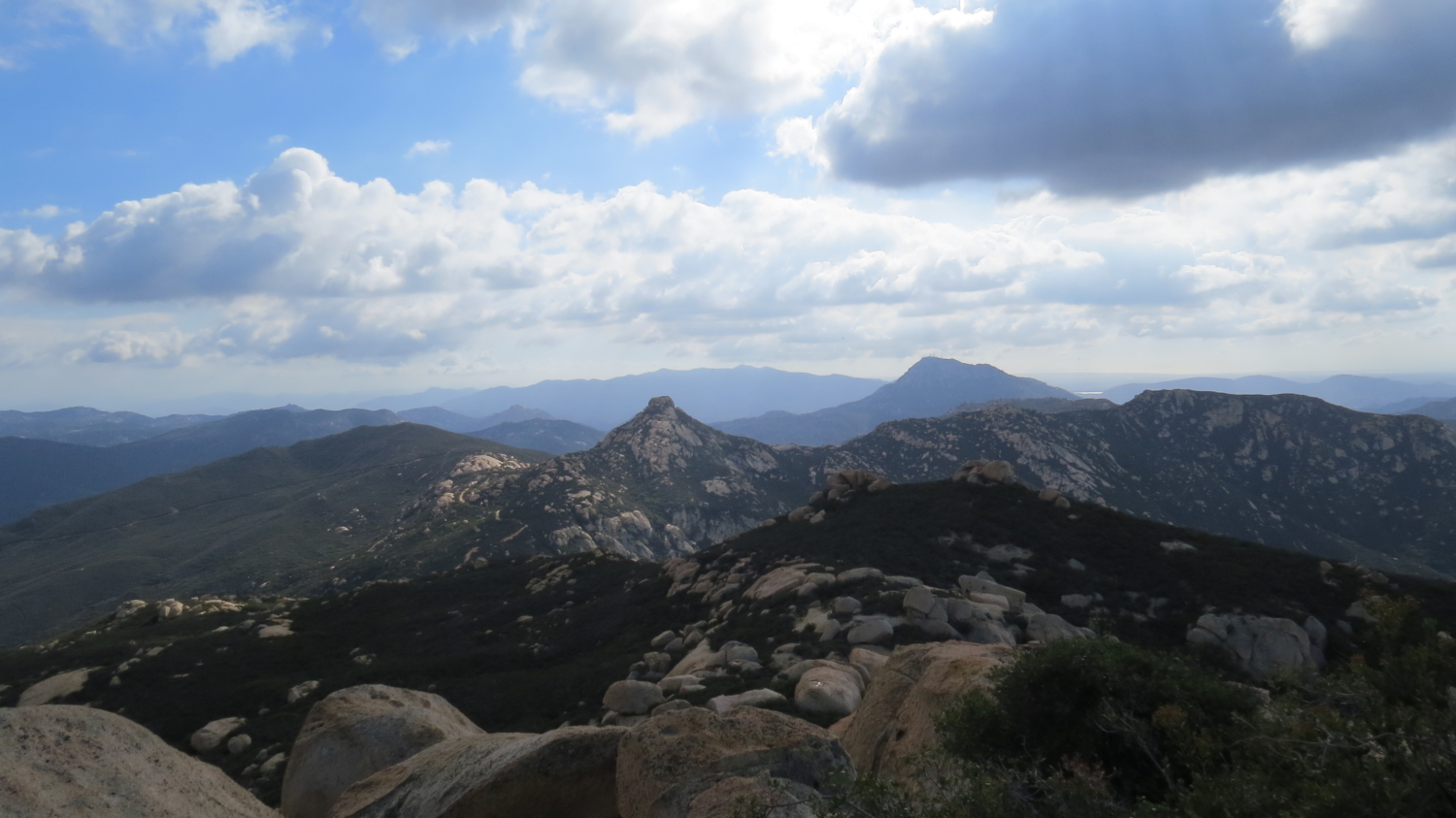 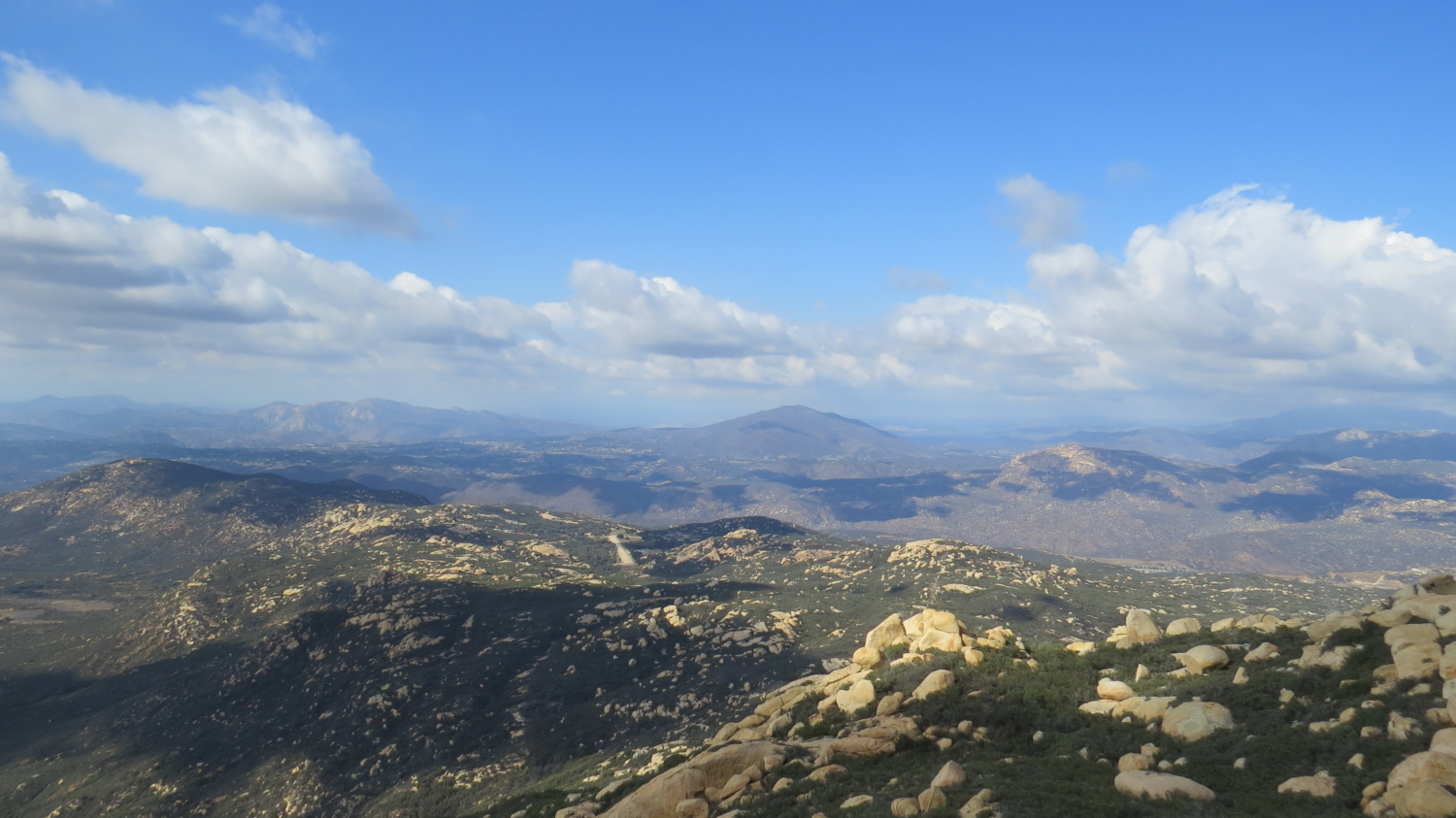 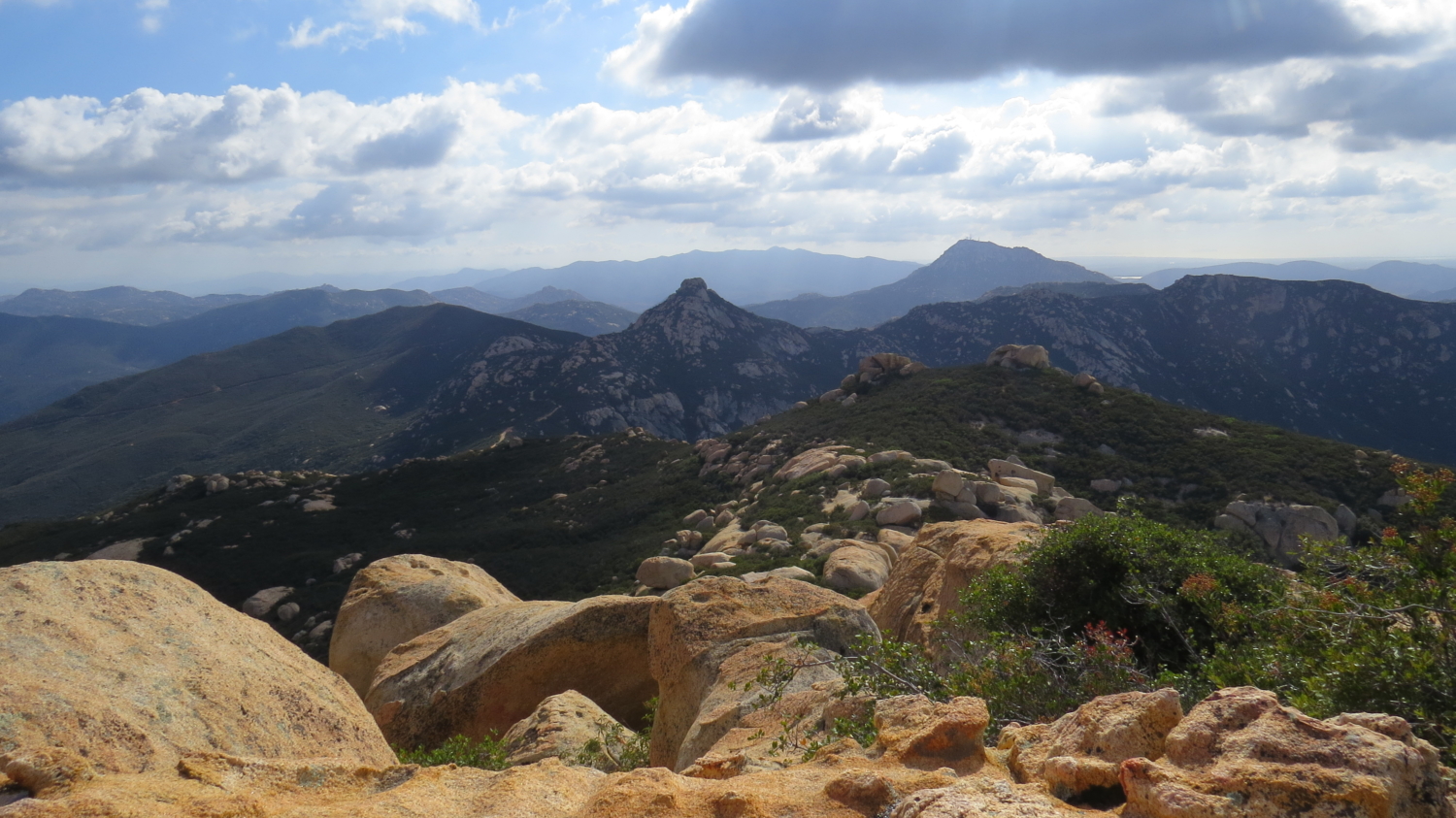 The initial approach to the two peaks follows the severely eroded track of Carveacre Road.The route to Lawson climbs a steep, bouldery slope through dense vegetation before culminating in a tricky climb up a rock chute, then through a cave, and then onto a platform-like summit.

Take I-8 east from San Diego. Exit at CA-79 (Japatul Valley Road), heading south (turn right). After 5.5 miles, turn left onto Lyons Valley road. Continue another 4.9 miles to a turnout along the side of the road opposite of the gated Carveacre Rd. Park here and start your hike.