Inspiration Peak is a quick out-and-back that not only escapes the crowds at popular, drivable Keys View, but also provides better vistas of Joshua Tree National Park and its surrounding mountains.

* Note: This peak may also be referred to as Inspiration Mountain in some maps and guide books.

“Industrial tourism is a threat to the national parks. But the chief victims of the system are the motorized tourists. They are being robbed and robbing themselves. So long as they are unwilling to crawl out of their cars they will not discover the treasures of the national parks and will never escape the stress and turmoil of the urban-suburban complexes which they had hoped, presumably, to leave behind for a while.” – Edward Abbey

In National Parks, there are certain places that are known as automobile hotspots – and in Joshua Tree, Keys View might be the most popular. It’s the highest elevation in the park that you can get to without getting your shoes dirty – and with its ample parking and sloped cement sidewalks it’s always a popular spot.

In many cases, those crowds of tourists can keep you away from popular corners of the Parks – but the actual view from Keys View can be stunning. If the air is clear, you can see the San Bernardinos to the west, Mount San Jacinto to the southwest, and south past the Salton Sea and into northern Mexico.

Luckily for hikers, there is a short trail that leaves the crowded parking lot at Keys View and takes you to an actual peak with even better views than the motorized tourists get. 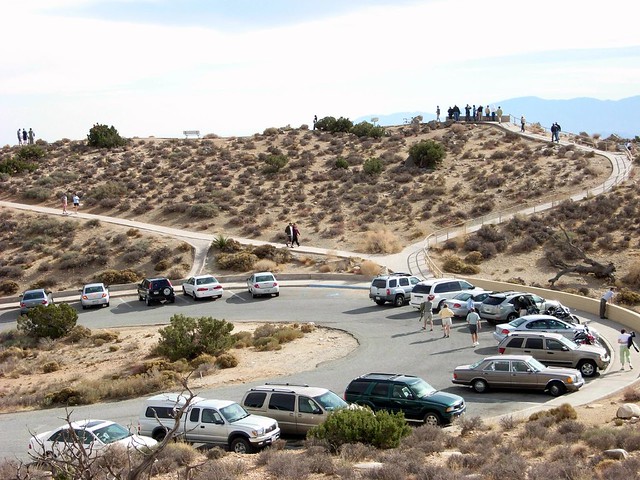 I managed to find a spot a bit further down the road and walked up to the clearly-marked trailhead. Inspiration Peak is visible from the parking lot and looks a hell of a lot more inviting than the cement sidewalk at Keys View. 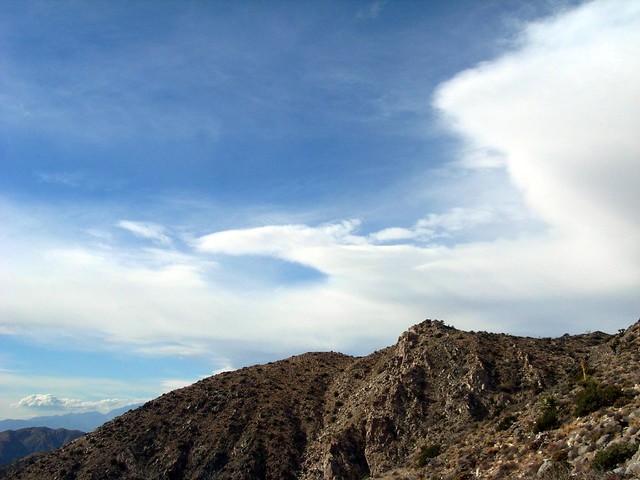 The trail wastes no time in ascending the small, unnamed peak to the northwest of the parking lot. It’s clearly marked with few switchbacks, and it’s just steep enough to scare away most of the sidewalkers at Keys. The trail quickly reaches this peak before descending into a small saddle and rising back up to Inspiration Peak. 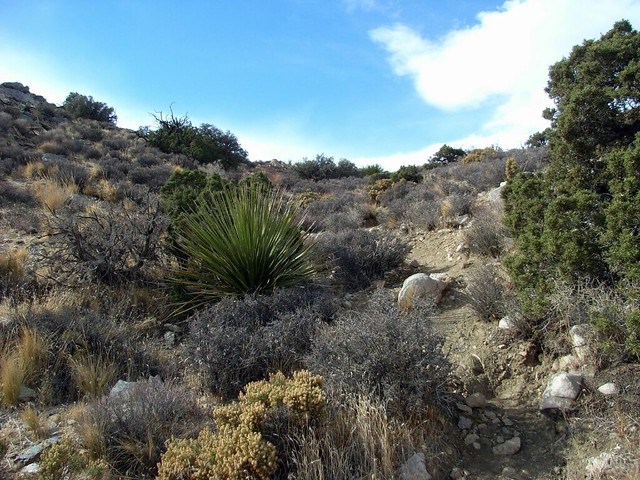 Here, the trail can get slightly difficult to follow … but you’d have to be pretty inattentive to get lost. After the saddle, it’s just another short scramble up to Inspiration Peak – an elevated rock ledge that gives almost-360 degree views.

If you make it to Inspiration, not only will you be rewarded with similarly spectacular views of the Salton Sea and San Jacinto … 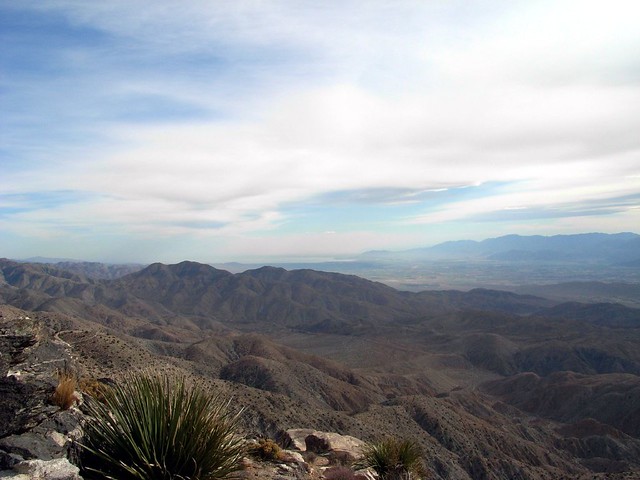 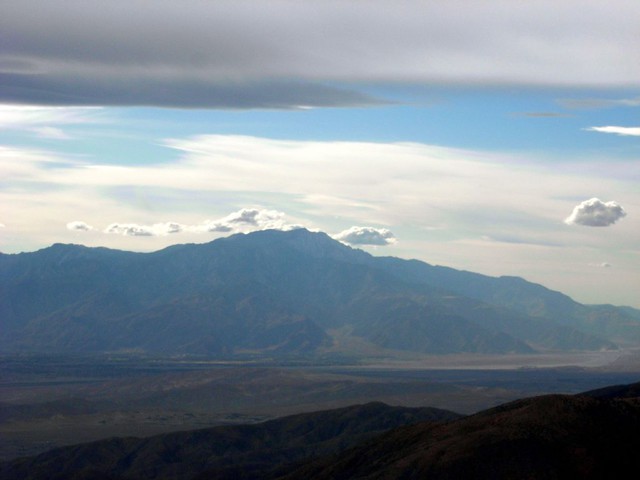 … but you’ll also get sweeping vistas of the park’s interior, which is not visible from Keys View. Here’s distant Queen Mountain (on the left) and Ryan Mountain – an excellent hike in the center of the park – in the foreground. 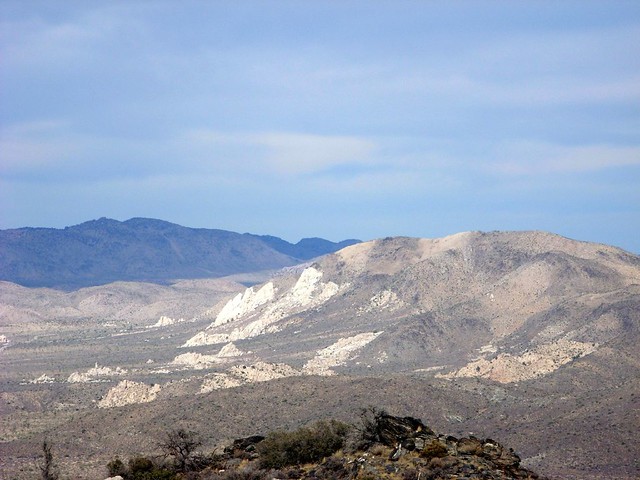 You’ll also get a chance to enjoy these views in relative peace and quiet – which I would bet money on you never getting at Keys View, especially on the weekend.

Very good from Keys View to the first peak. After that, it can be difficult to spot, but almost impossible to get lost.

In Joshua Tree National Park, head toward the center of the park. Turn onto Keys View Road near Cap Rock and follow it to the end of the road. The trailhead is in the northwest side of the parking lot.