Translated from Spanish to English, Cerro Alto means “Tall Hill,” which is an accurate, albeit unimaginative moniker for the 2,624′ high point at the heart of this hike. Cerro Alto is also referred to as a Morro, which in Spanish means “small, rounded hill.” This topographic feature is fairly common in western San Luis Obispo County, and Cerro Alto is geologically related to the nine morros popularly referred to as the “Nine Sisters.” 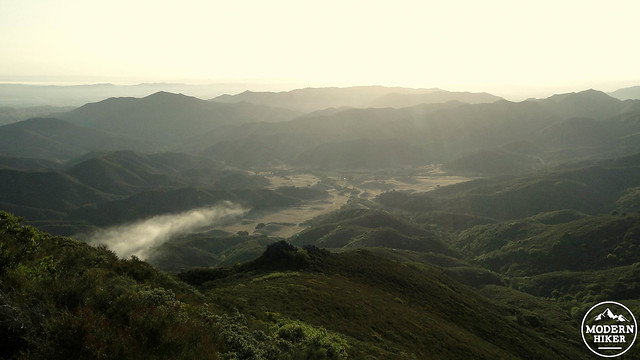 These “sisters” and Cerro Alto represent a chain of volcanic peaks formed over 20 million years ago during an episode of volcanism that occurred roughly around the same time as the volcanic peaks in the Santa Monica Mountains – including the improperly-named Sandstone Peak – and elsewhere in Southern California were formed. 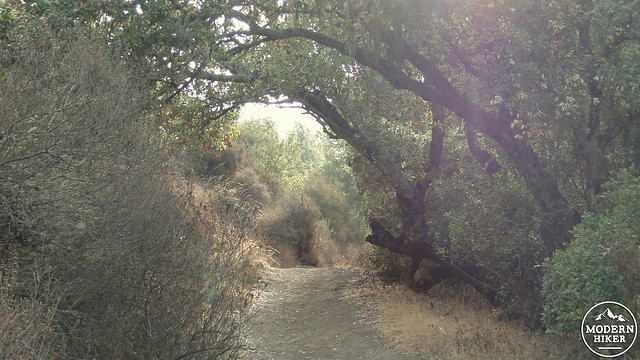 San Luis Obispo’s morros and cerros are not actually volcanoes; rather, they are plug domes left over when lava cooled over the top of the volcanic vents. Millions of years of geologic action buried the plug domes with sedimentary rock, while erosional agents like water wore that same rock away. As a result, the morros – made of harder volcanic rock – lie exposed, indicating the locations of the prehistoric volcanic vents. 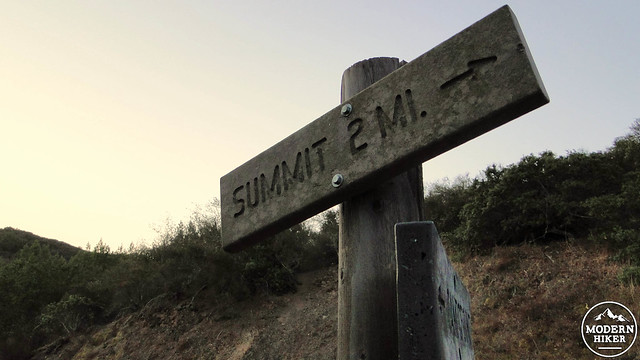 Geology aside, Cerro Alto provides some of the best views in coastal San Luis Obispo County, ranging from the ocean and Morro Bay, the Nine Sisters, and the distant Santa Lucia Range in the east. Along with the summit views, the route travels through riparian forests of oak, bay, sycamore, and willow, while chaparral and coastal sage-scrub dominates the more exposed areas and slopes away from the creek. 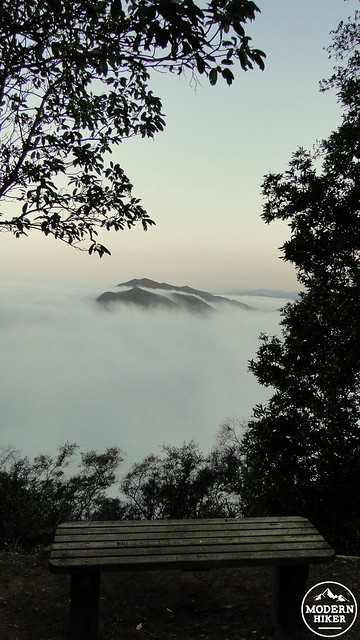 Of the two routes to the top, the trail leaving from the east end of the campground is a more gradual ascent. Start by finding the wide trail that passes Campsite 20 and commence a gentle uphill climb along the east fork of Morro Creek. This first stretch of trail is well-shaded by oaks and bay trees. However, the shade soon vanishes as the trail pulls away from the creek and climbs up to a saddle junction with an AT&T cable road. Take a hard right here and begin climbing obliquely, heading west. 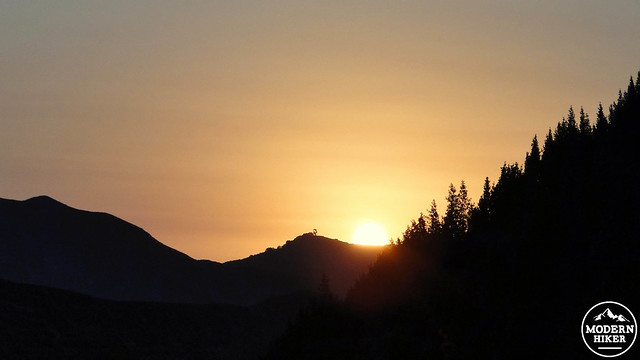 As you hike along the cable road, you wrap around the north end of Cerro Alto. Along this stretch, you’ll be treated to fine views north over Paso Robles wine country and beyond toward San Simeon and the coastal ranges of the Big Sur coast. Much of this may be obscured by marine layer, but even when cloudy the peaks standing like islands in a sea of cloud are a striking sight. 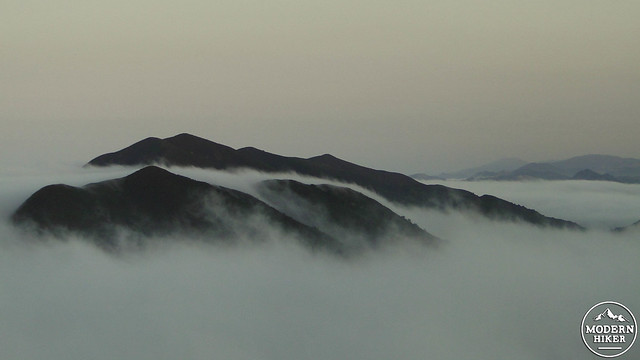 After 1.75 miles, you’ll come to a junction with the summit trail heading both left and right. Commit this spot to memory as the left turn will take you to the top, while right turn will be your return route back to the campground. The trail climbs in earnest toward a junction, at which you will keep to the left, as it ascends toward a saddle near the summit. 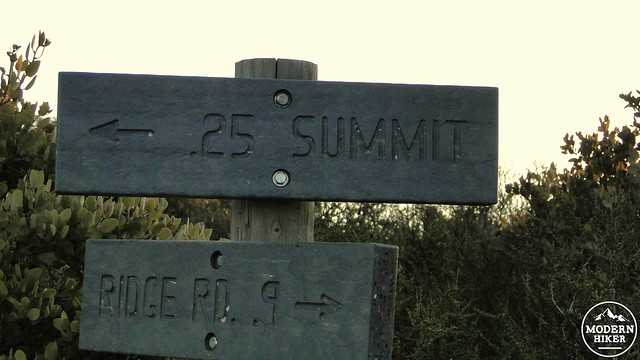 Turn left at the summit to spiral upward toward the flat, spacious peak atop Cerro Alto. The quality of the views here will likely be dependent on the extent of the marine layer, but when clear, you’ll have a panorama of ocean views, the rolling pastoral oak woodlands and wineries to the north, San Luis Obispo to the south, and the Santa Lucia Mountains to the east.

On the way down, continue straight at the junction with the AT&T cable road to take the return trail back to the campground. This return route is steeper and more direct, making it a better options for descending instead of ascending. The trail drops back into oak woodland and riparian forest along Morro Creek before reconnecting with the Cerro Alto Road. Turn right onto the road and follow it back to your car. 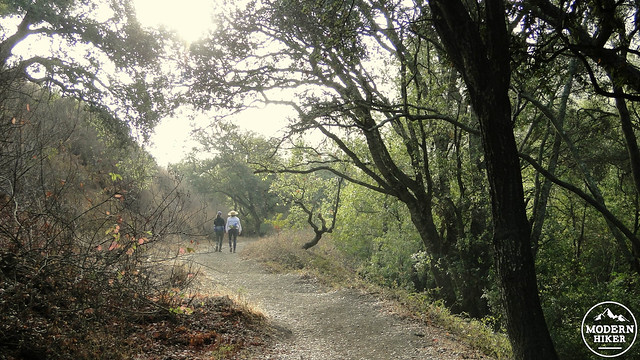 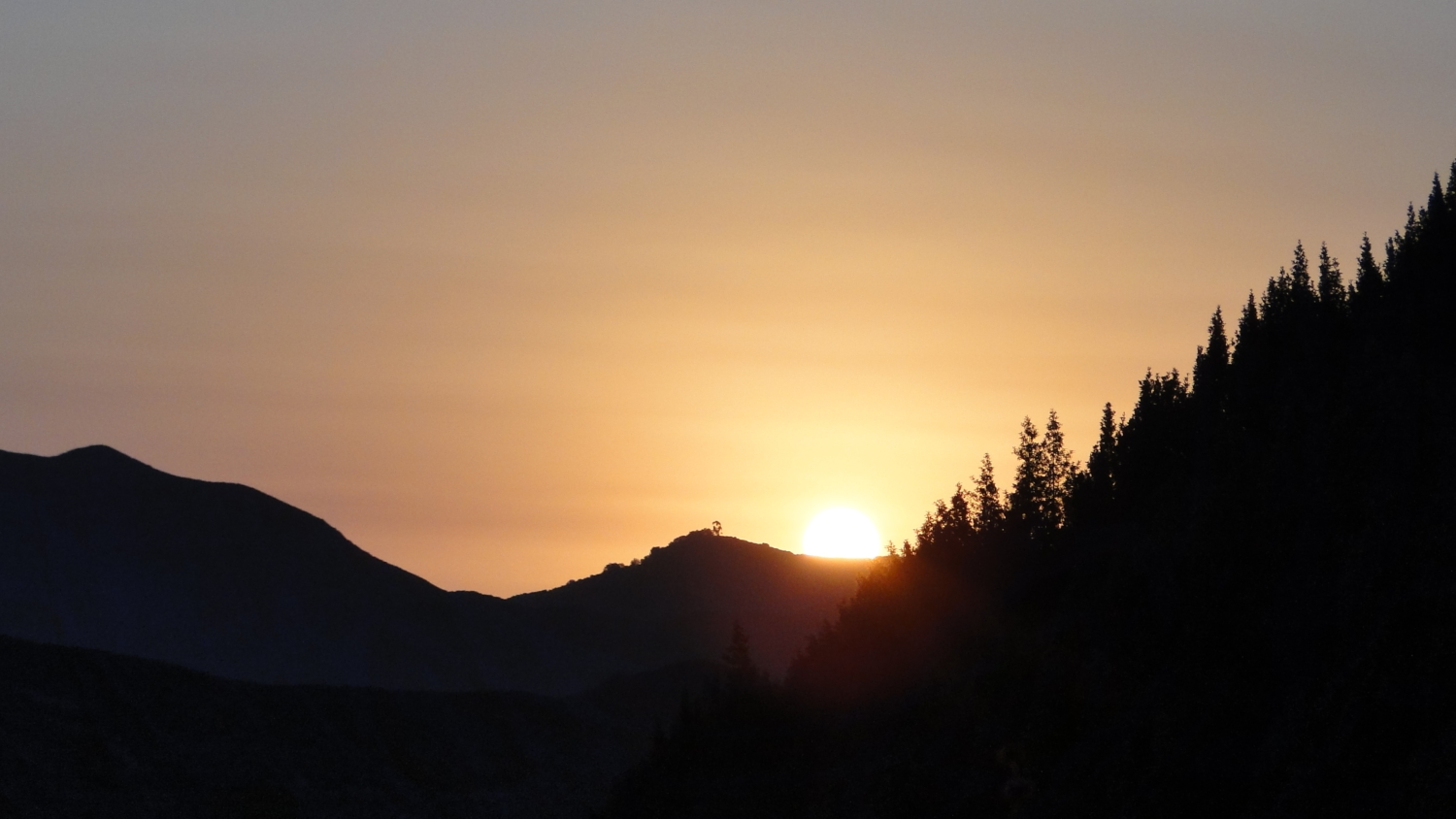 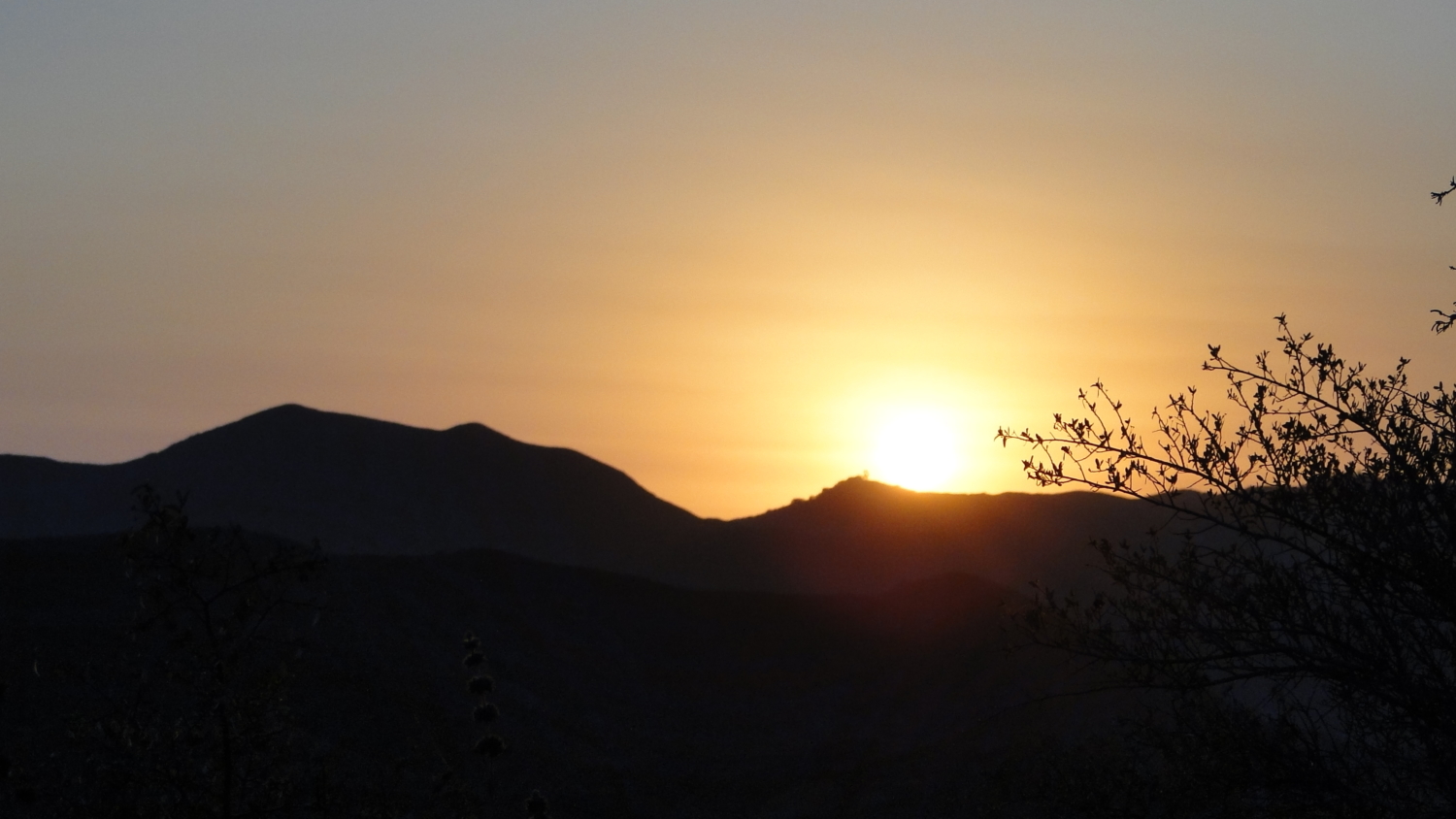 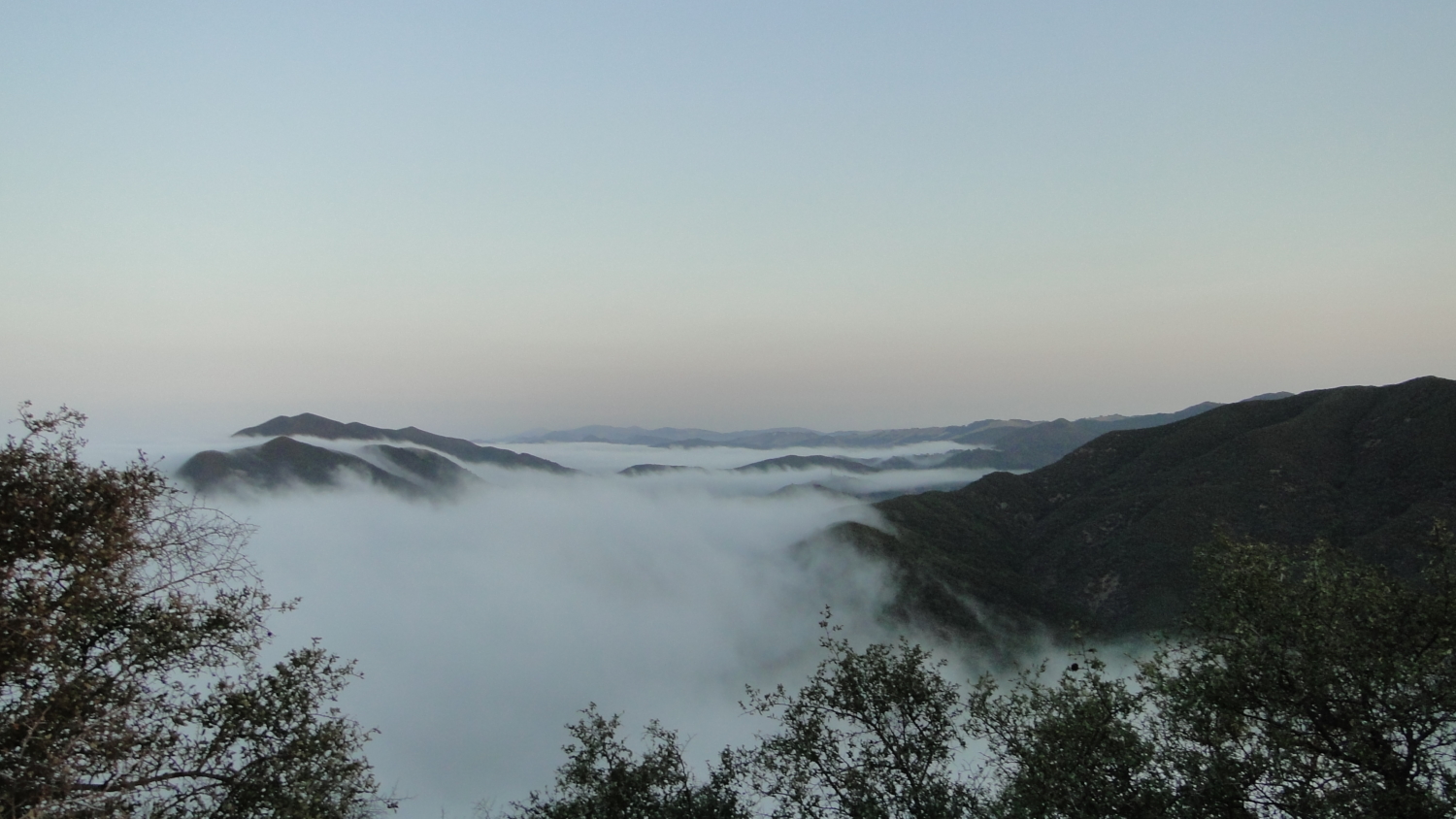 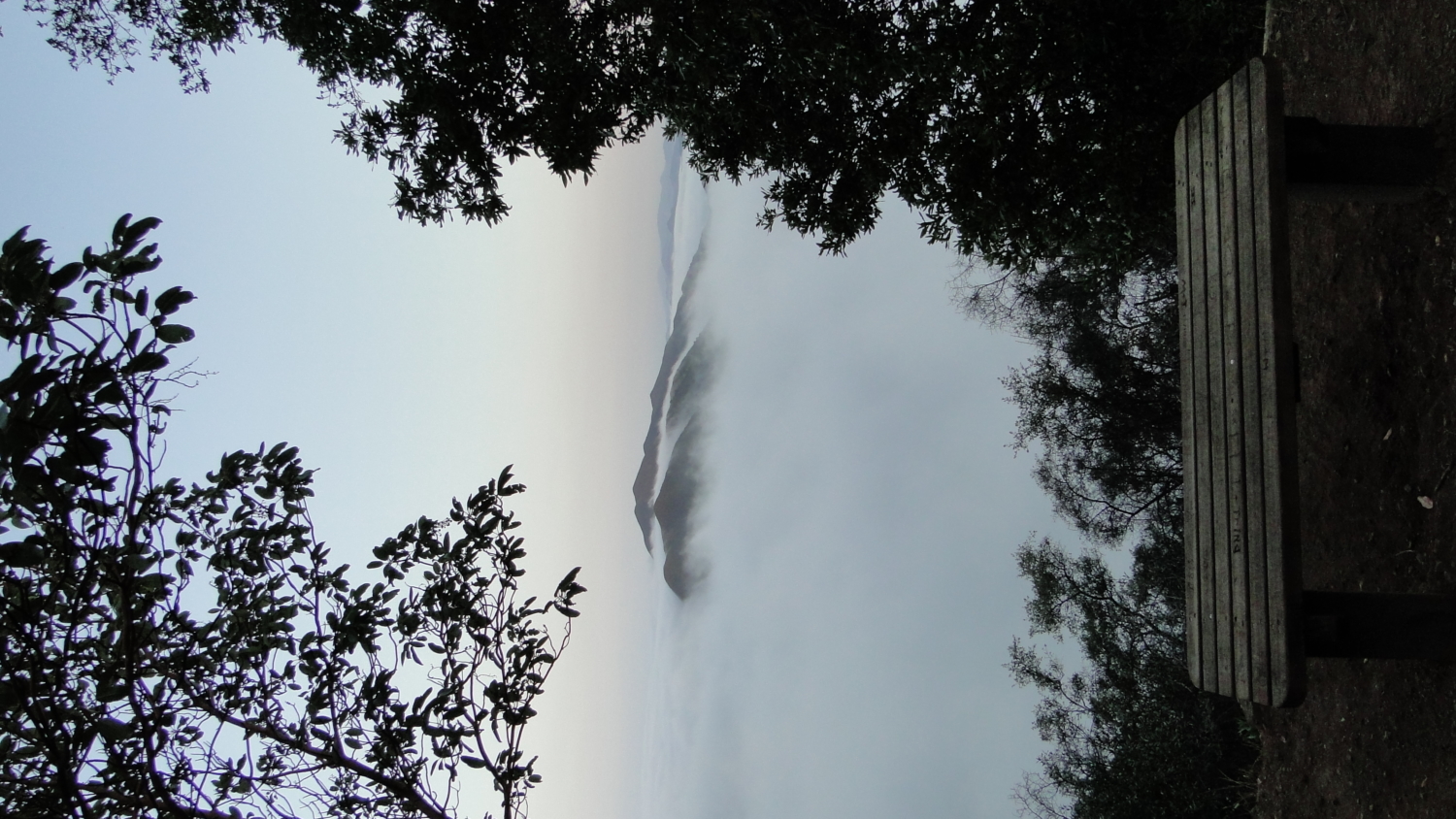 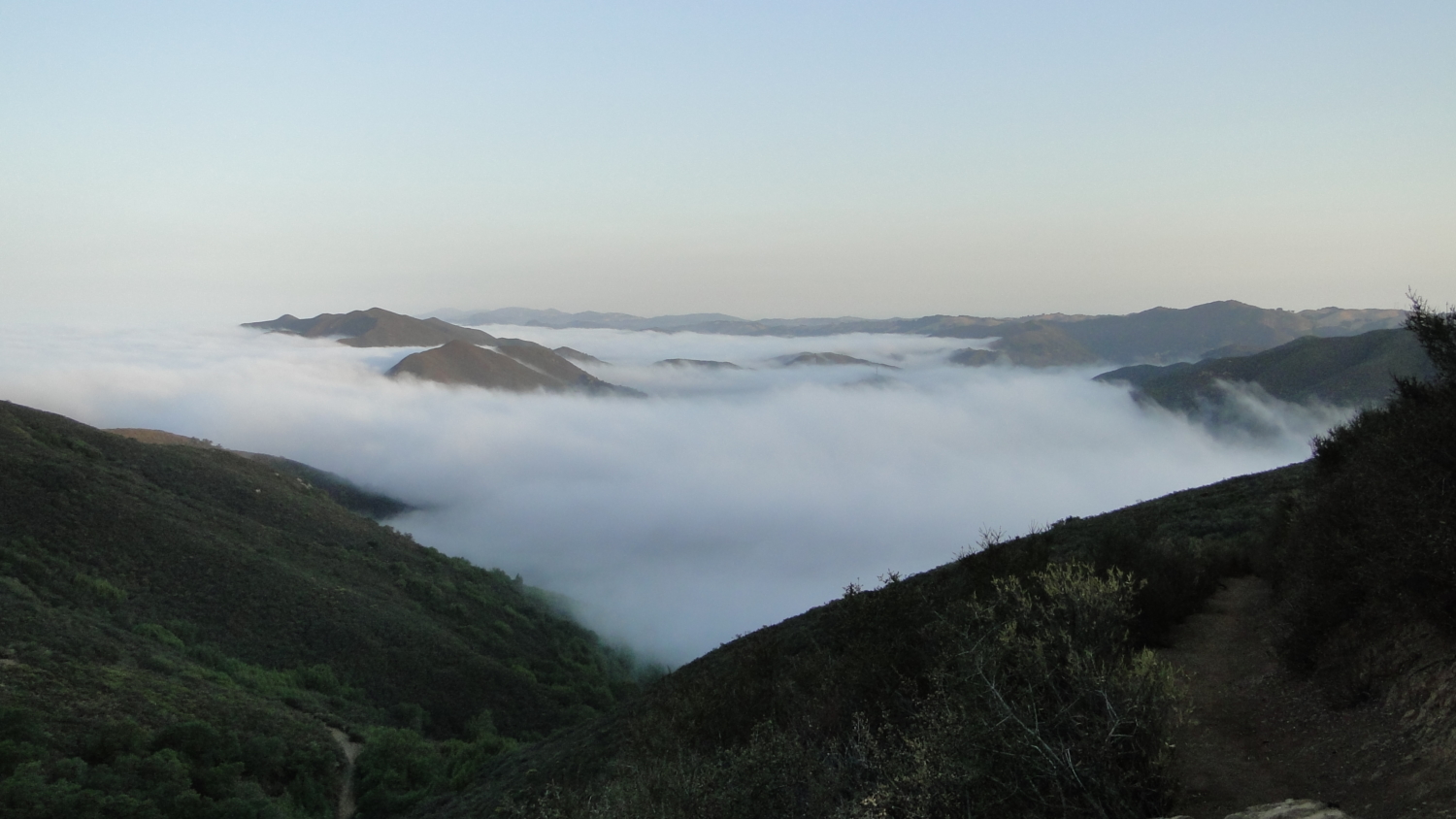 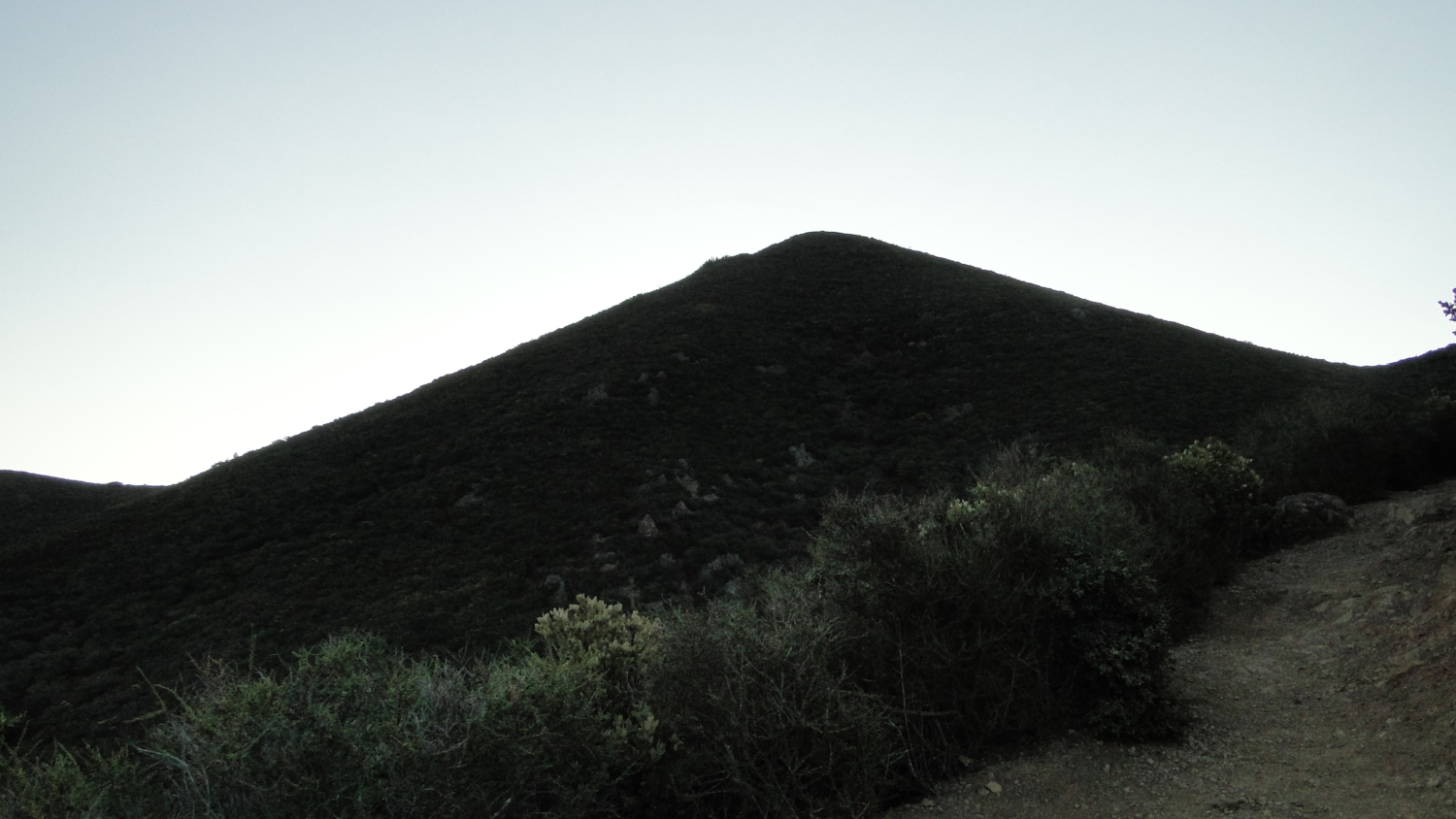 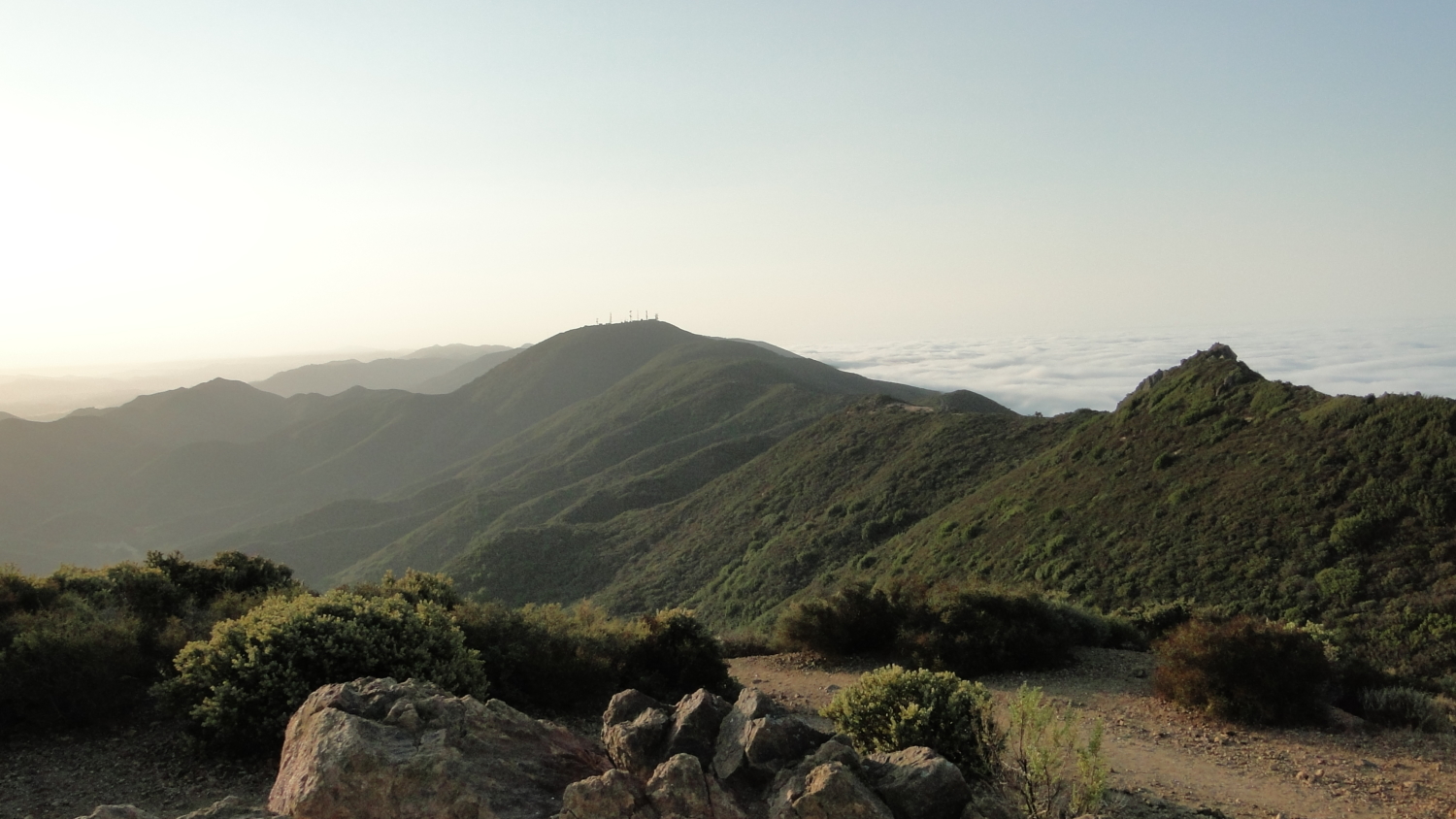 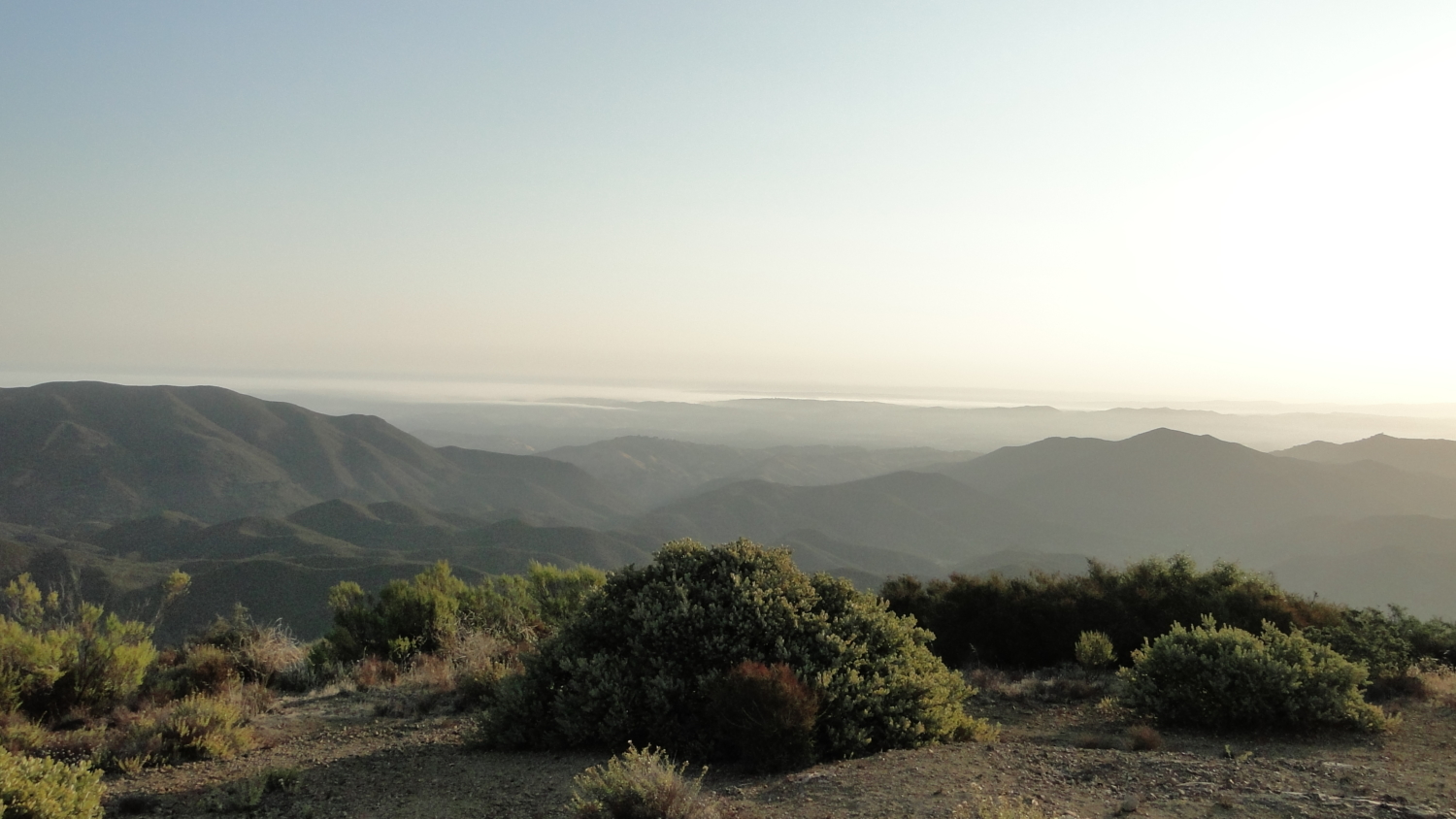 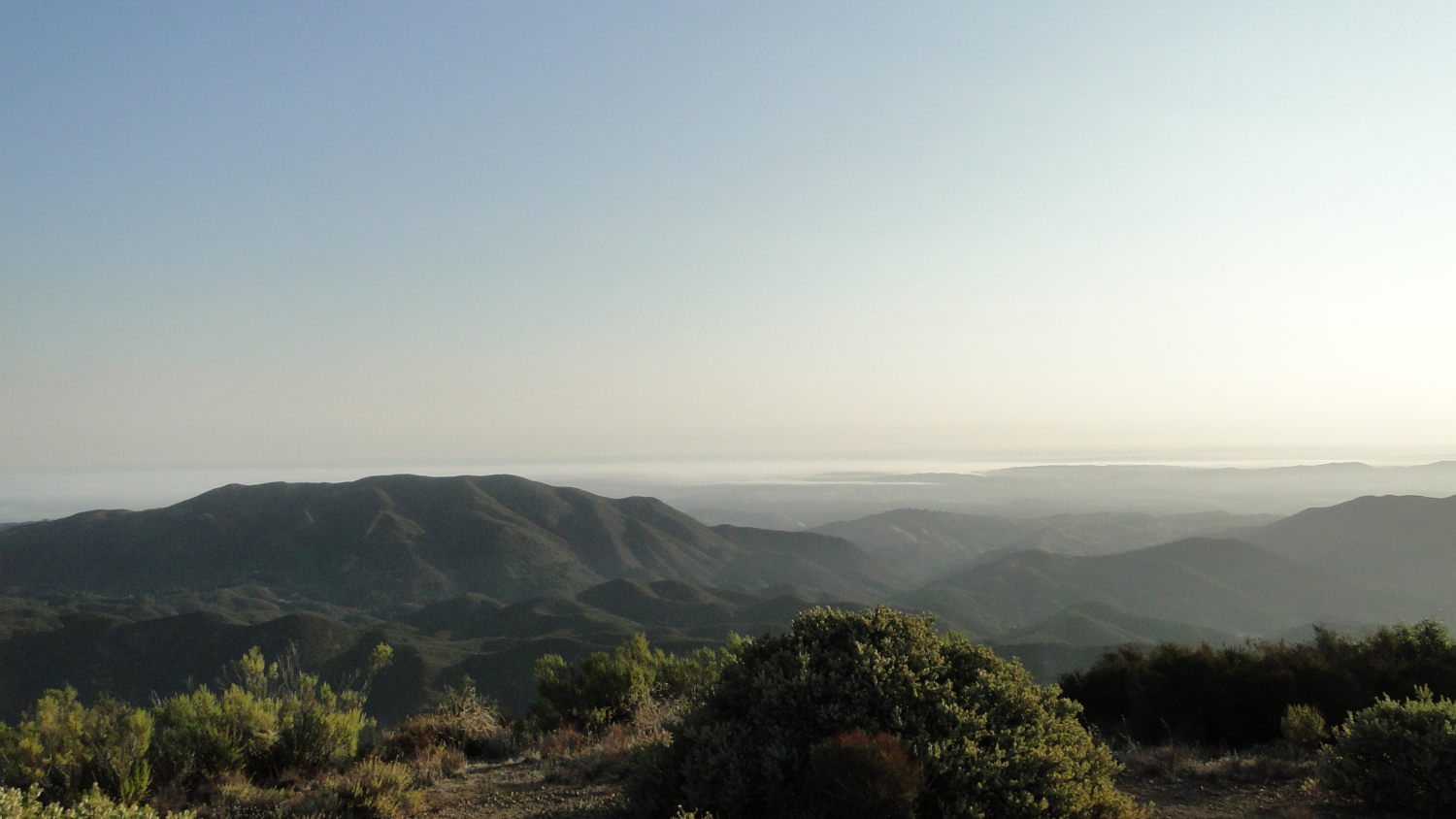 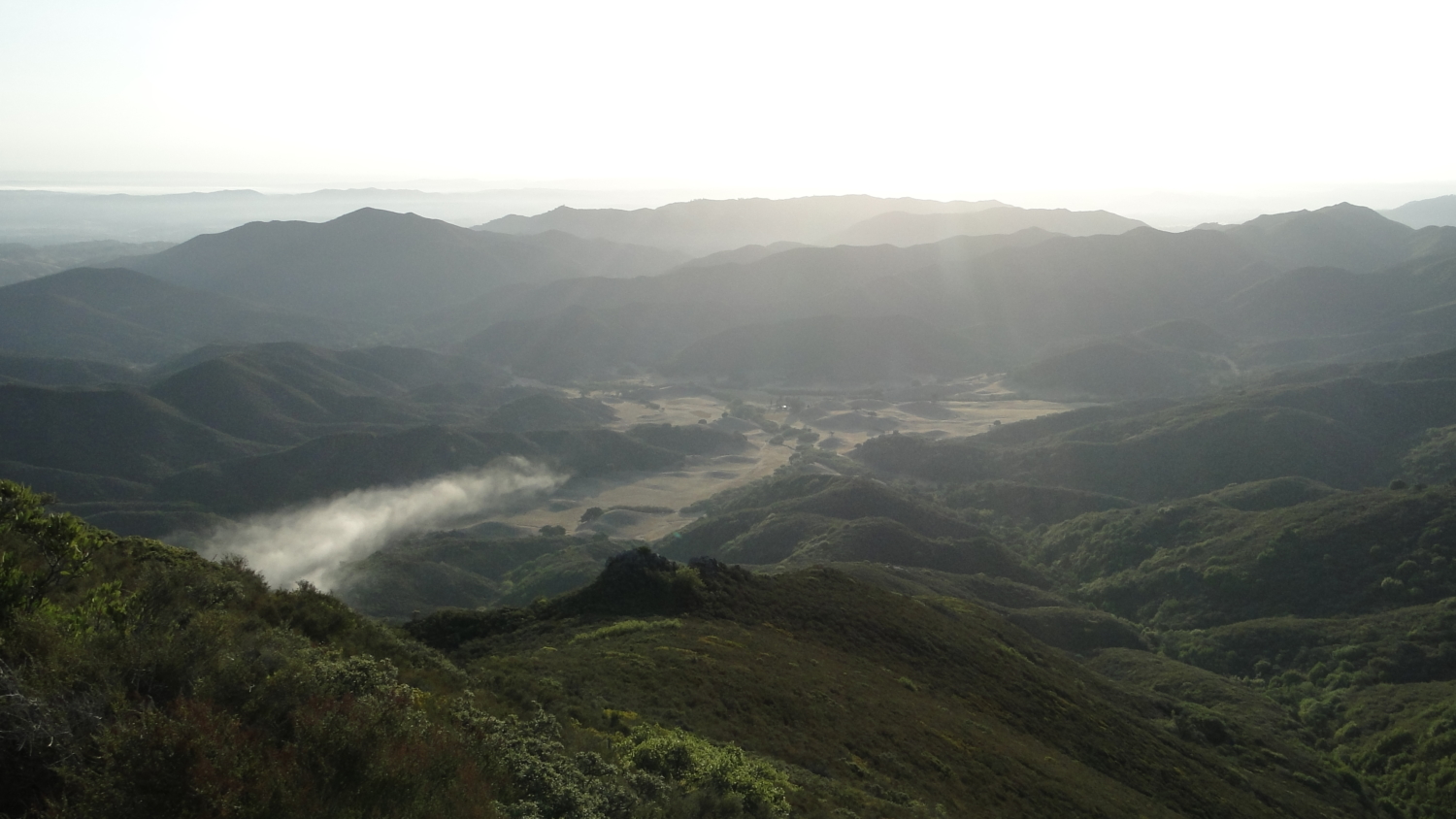 The trail is well-traveled, fairly well-marked, and easy to follow. There are a few rocky spots, but it's not severe.

The trailhead lies at the eastern end of Cerro Alto Campground. This heavily shaded campground is a fine option for camping. Nearby Morro Bay State Park also offers camping, but that campground isn't nearly as nice.

From Highway 101 in Atascadero, head west on CA-41 (Morro Rd) toward Morro Bay. Continue west for 8.6 miles, and turn left into the signed Cerro Alto Campground. Drive all the way through the campground to a signed parking area for the Cerro Alto Trail. The trail leaves the campground from Campsite 20.