A very easy in-and-out hike from a boardwalk to the salt flats of Badwater Basin, the lowest point of elevation in the Western Hemisphere. Even though it’s not a very challenging hike, if you’re in Death Valley National Park, this is pretty much a must-see.

Let’s face it – if you’re taking a trip to Death Valley, you’re going there for the superlatives – it’s the lowest, driest, hottest place in North America, and depending on how you word those superlatives, it could also rank among the world’s hottest places, too.
So chances are if you’re making a trip to Death Valley National Park, you’re going to want to try to visit the lowest point of elevation in the Western Hemisphere – Badwater Basin.

Since it is one of the primary tourist destinations in the park, Badwater is very well signed and hard to miss – there’s a large parking area that usually has a healthy amount of cars in it. If that fails, just look for the spot in the middle of the salt flats where you see people wandering about aimlessly.

Depending on the rainfall that year, this lake-let can expand or shrink in size. During the winter of 2004-5, Death Valley received four-times its average rainfall, and a temporary body of water called Lake Badwater formed here, at the location of the prehistoric inland sea known as Lake Manly.

For most visitors, though, you’ll just walk off the boardwalk and onto the salt flats themselves. The effect is – in a way that is oddly commonplace in Death Valley – otherworldly. You are walking on a completely desolate carpet of table salt on a nearly perfectly flat valley surrounded by enormous mountains (the tallest peak in the Lower 48 – Mount Whitney – is only 85 miles away and 11,043 foot Telescope Peak is visible to the west). There really isn’t anything like it on the planet. The actual lowest point in the Western Hemisphere is out in the salt flats a ways, but it’s not noted by a USGS marker or plaque so you’ll have to rely on a GPS … or just noting where the footprints in the salt start petering out.

Stay out in the flats as long as you like. Enjoy the relative silence and isolation, as well as the strange and unique landscape around you – and marvel at the early settlers who had to live and work in a place like this. 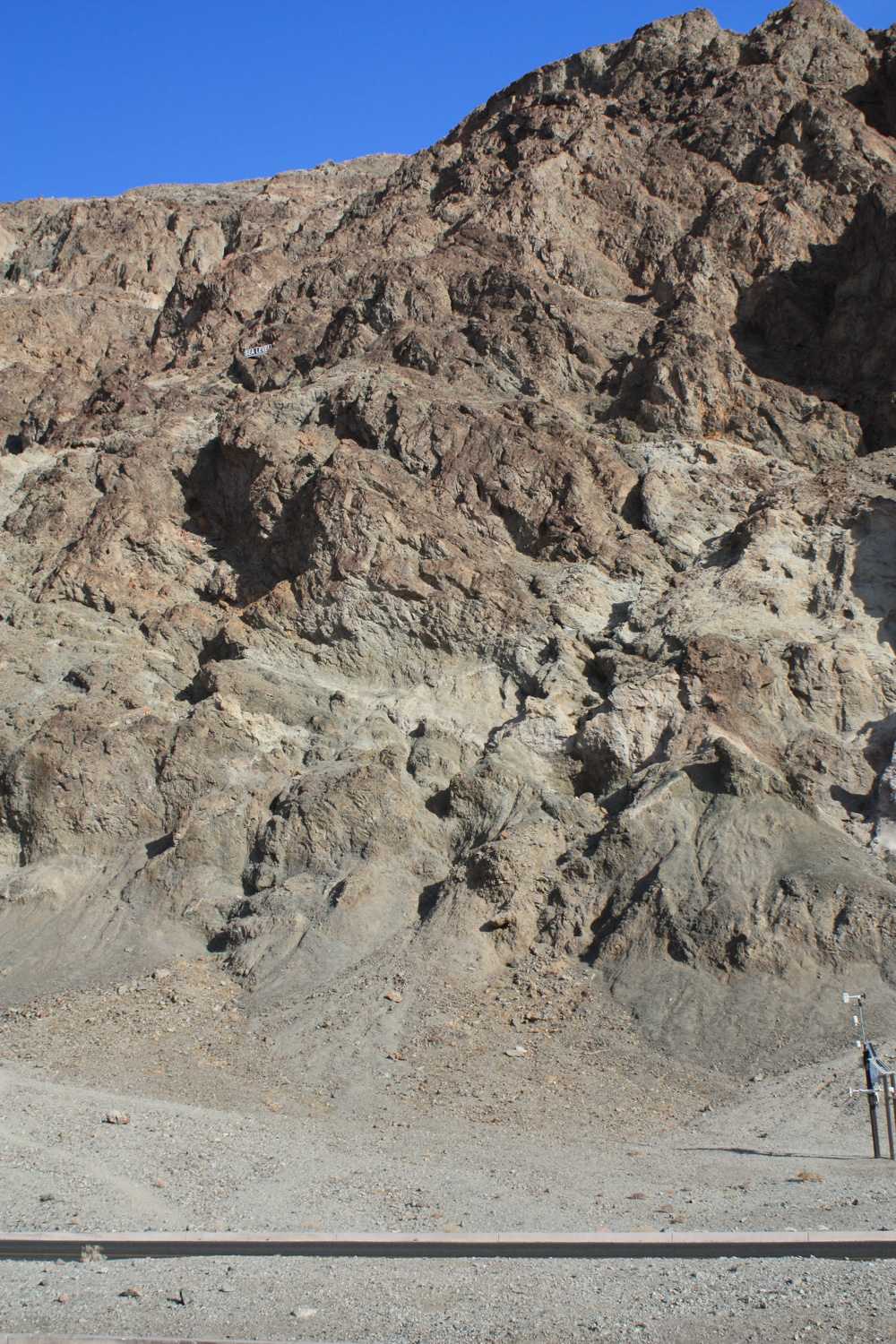 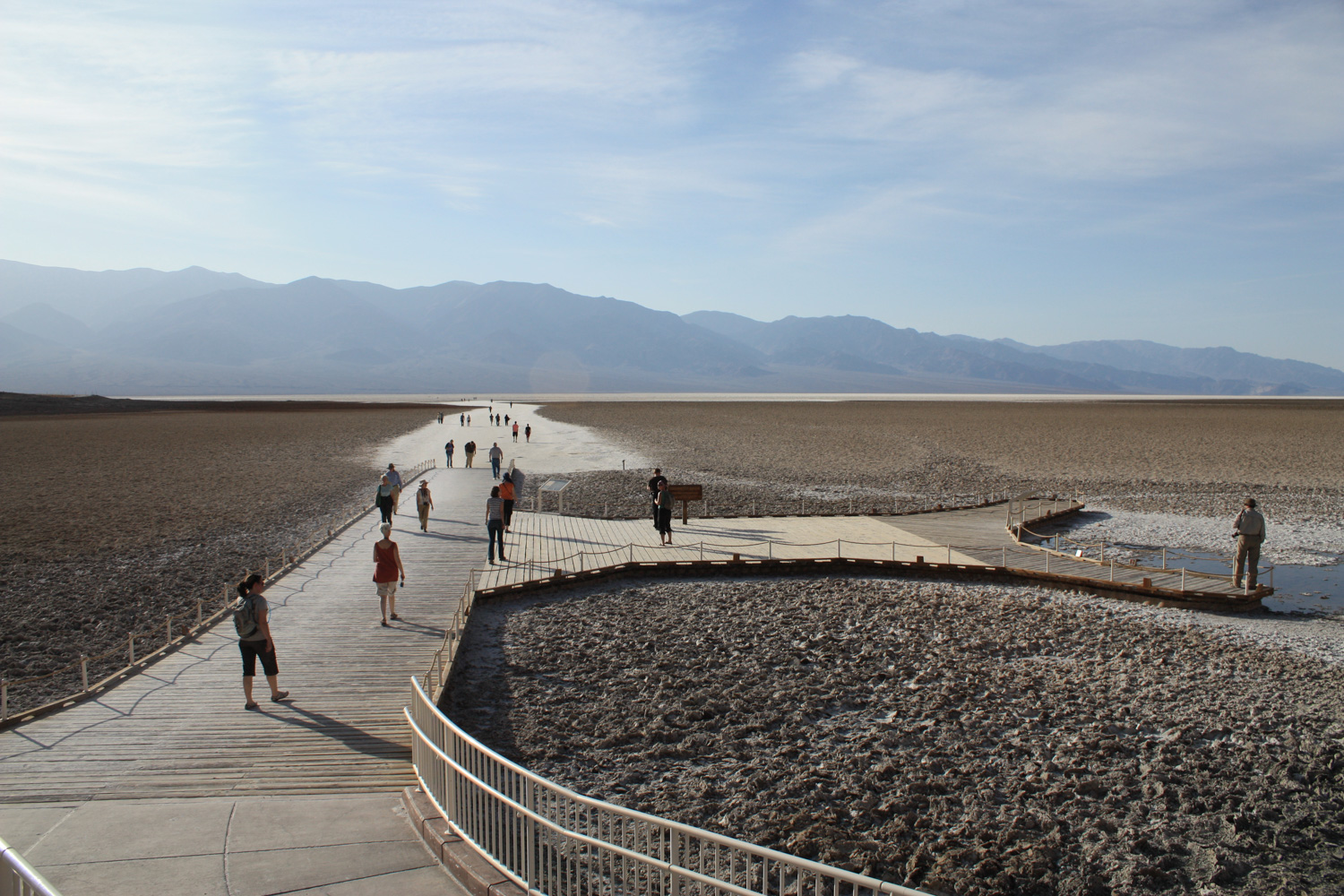 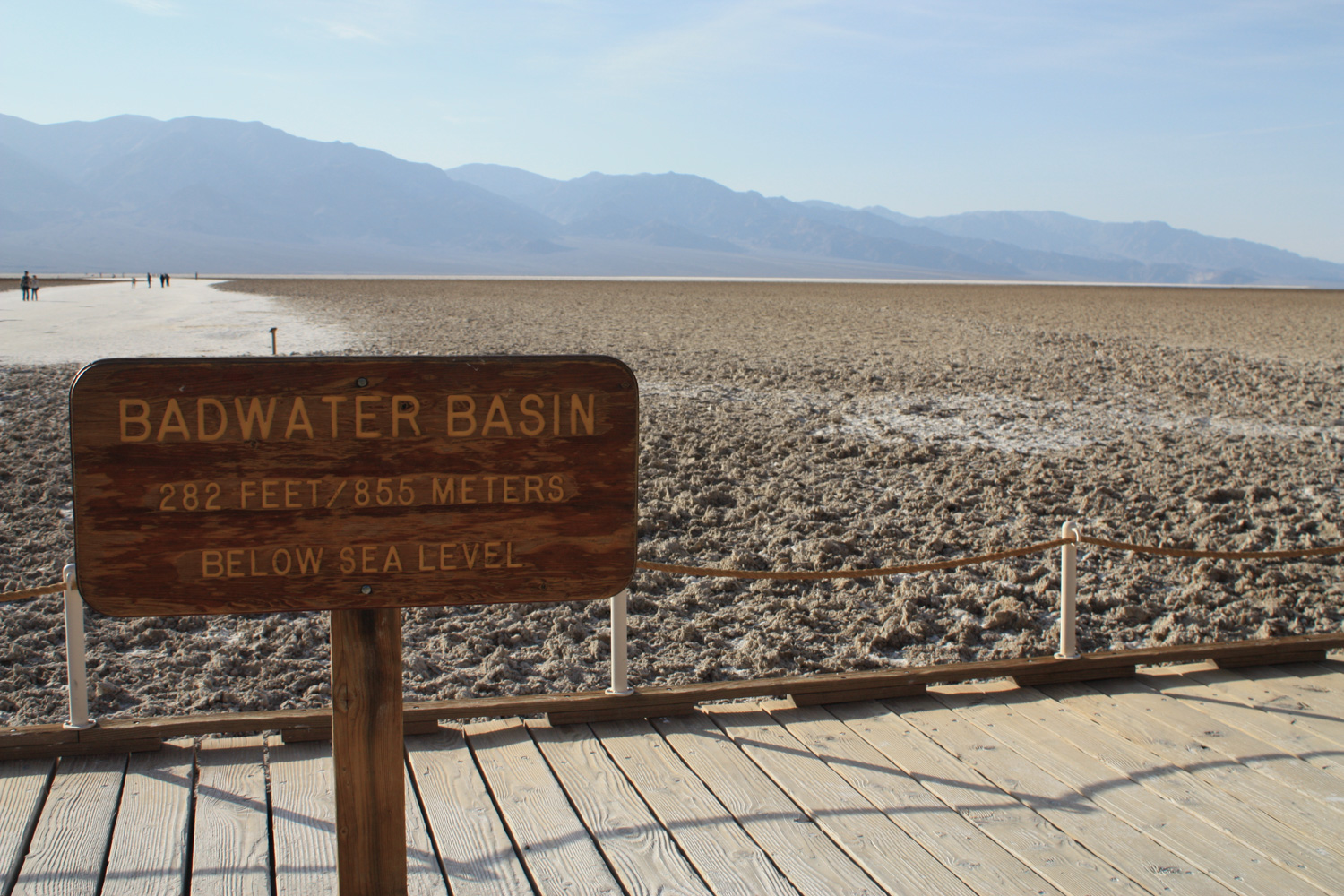 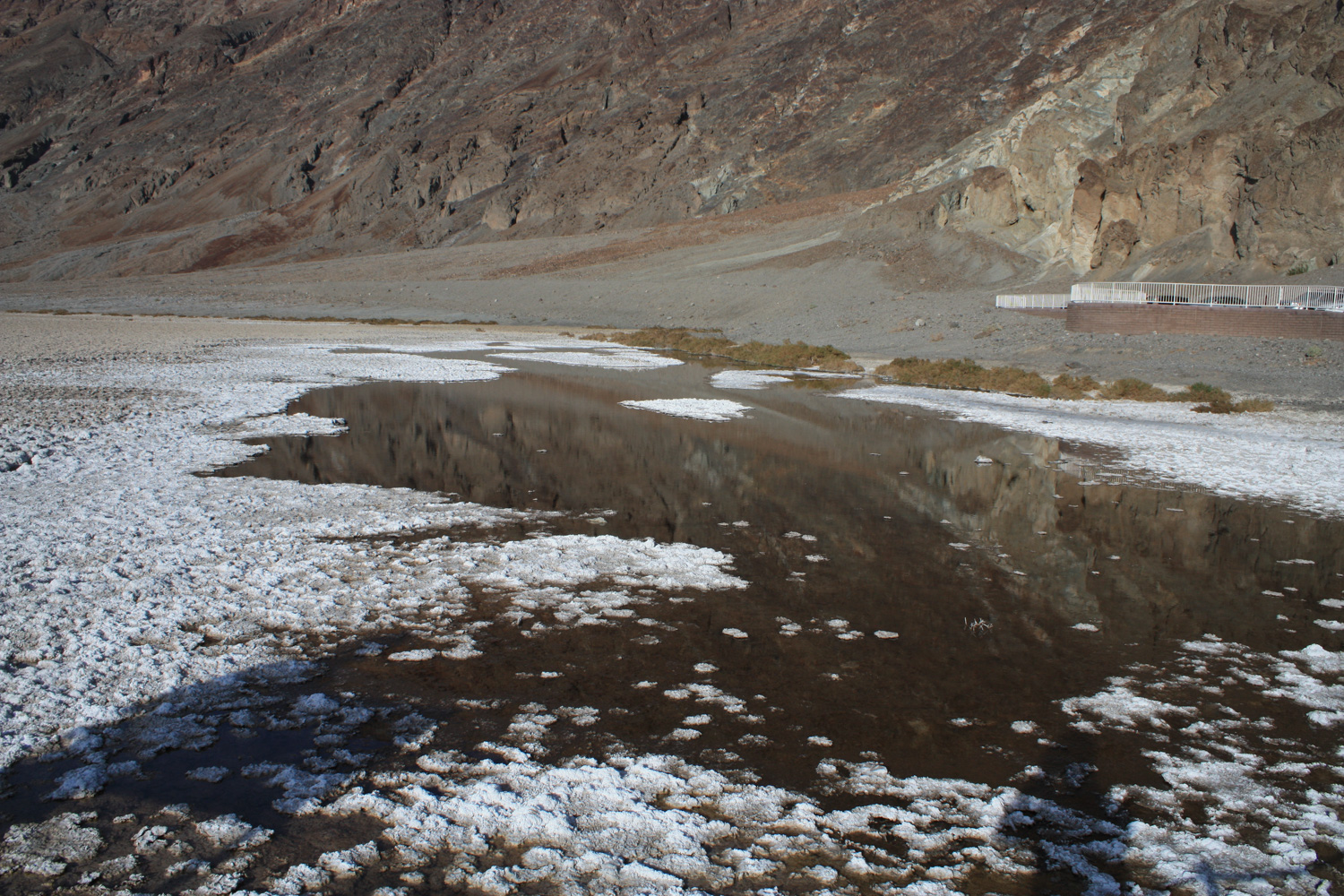 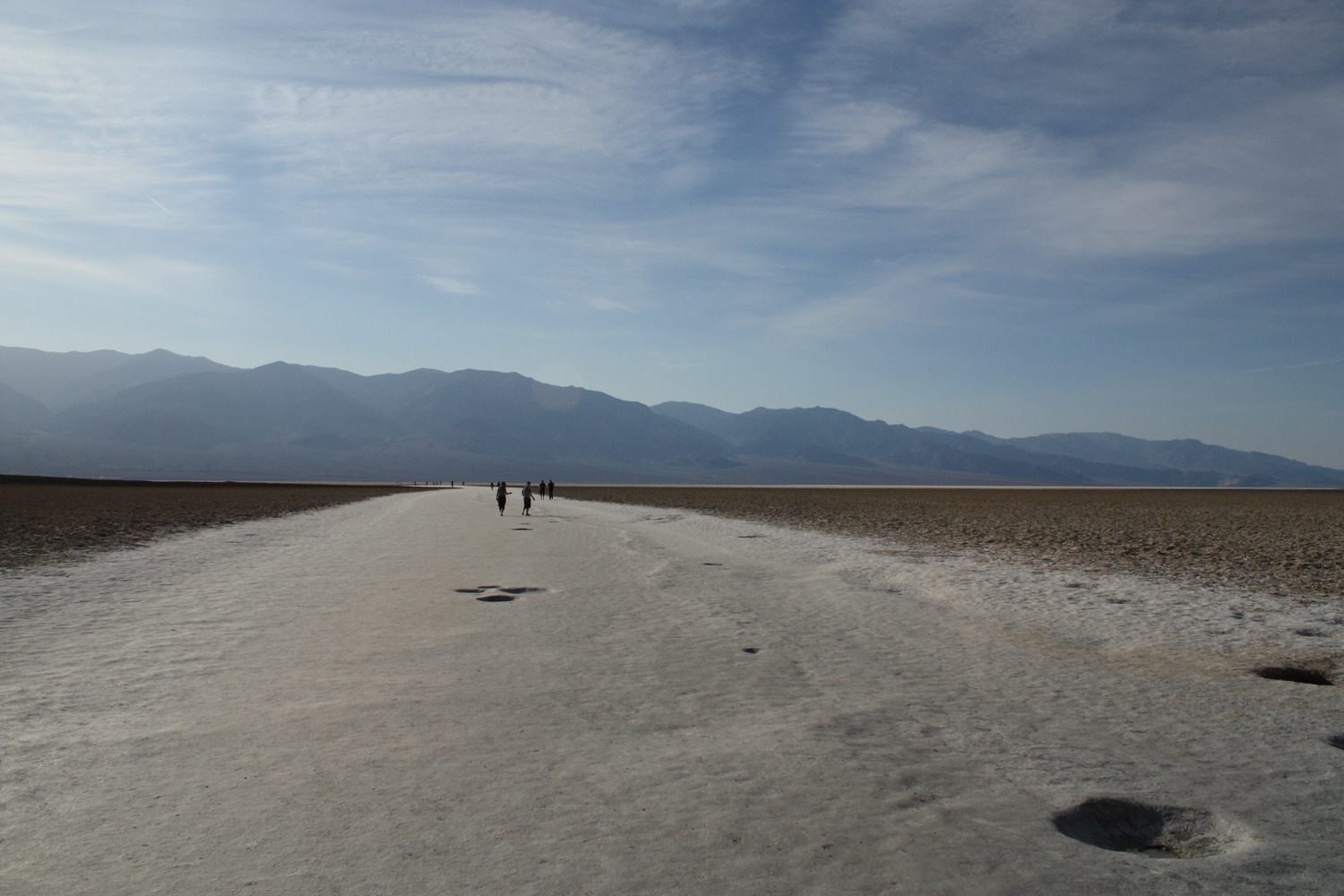 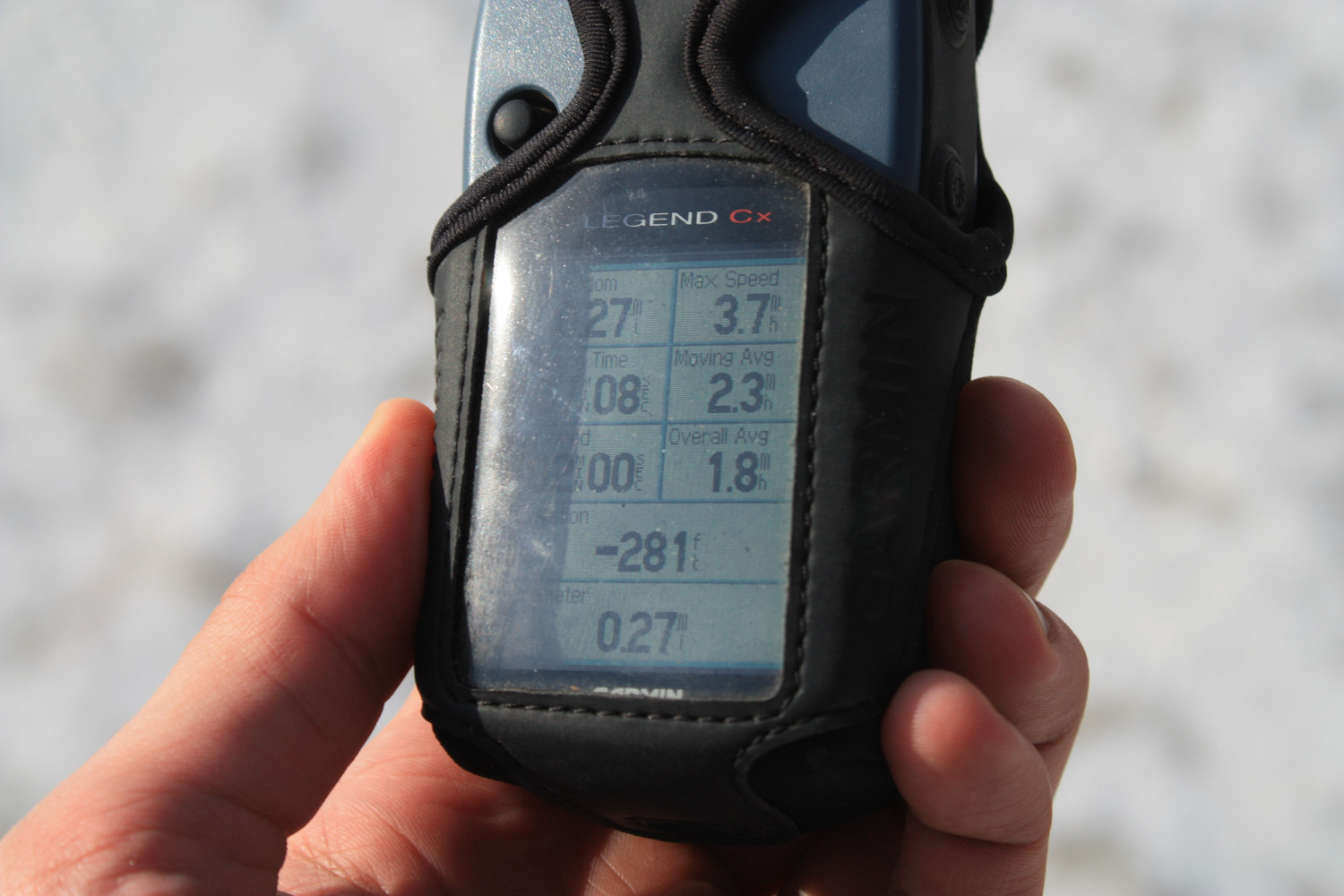 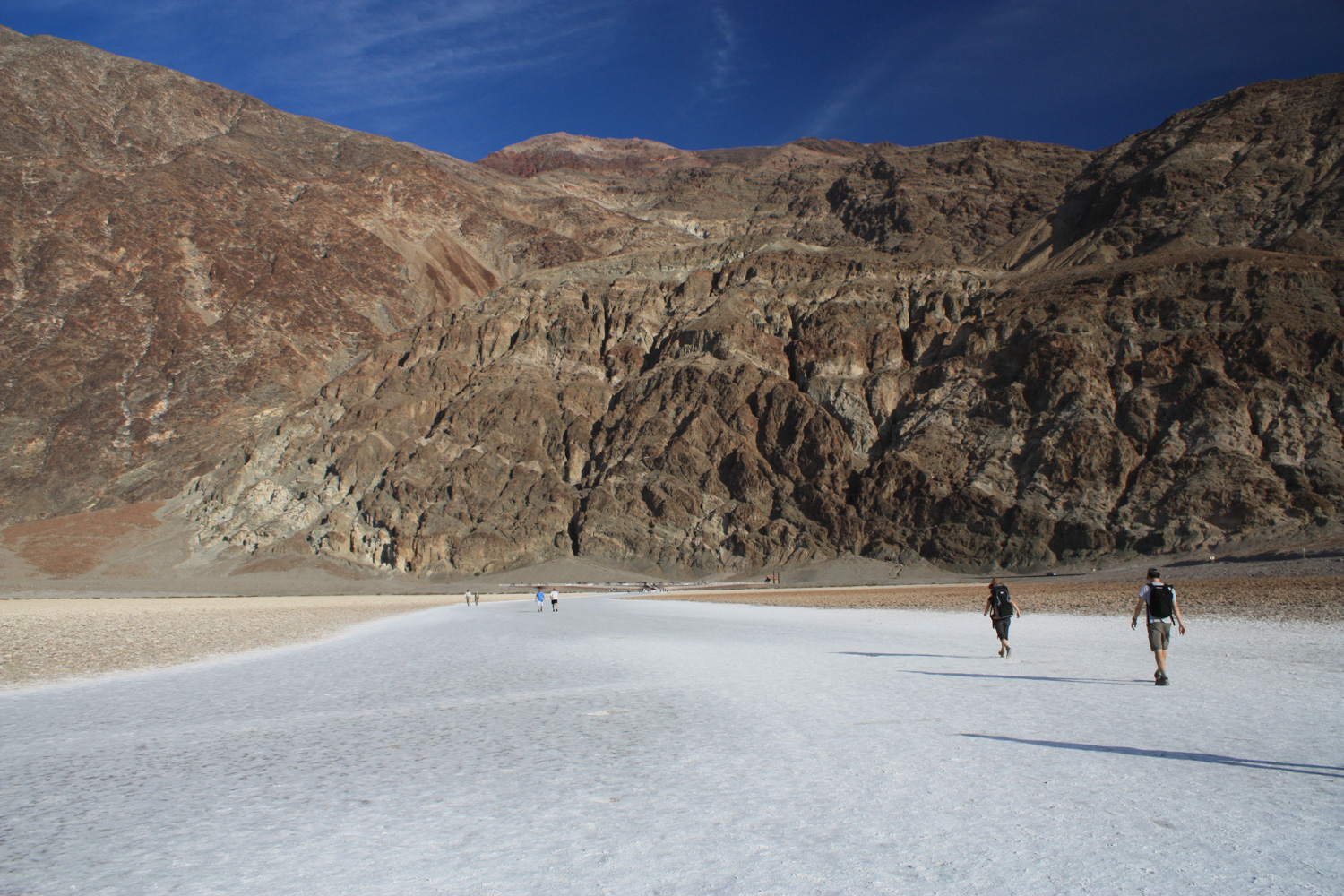 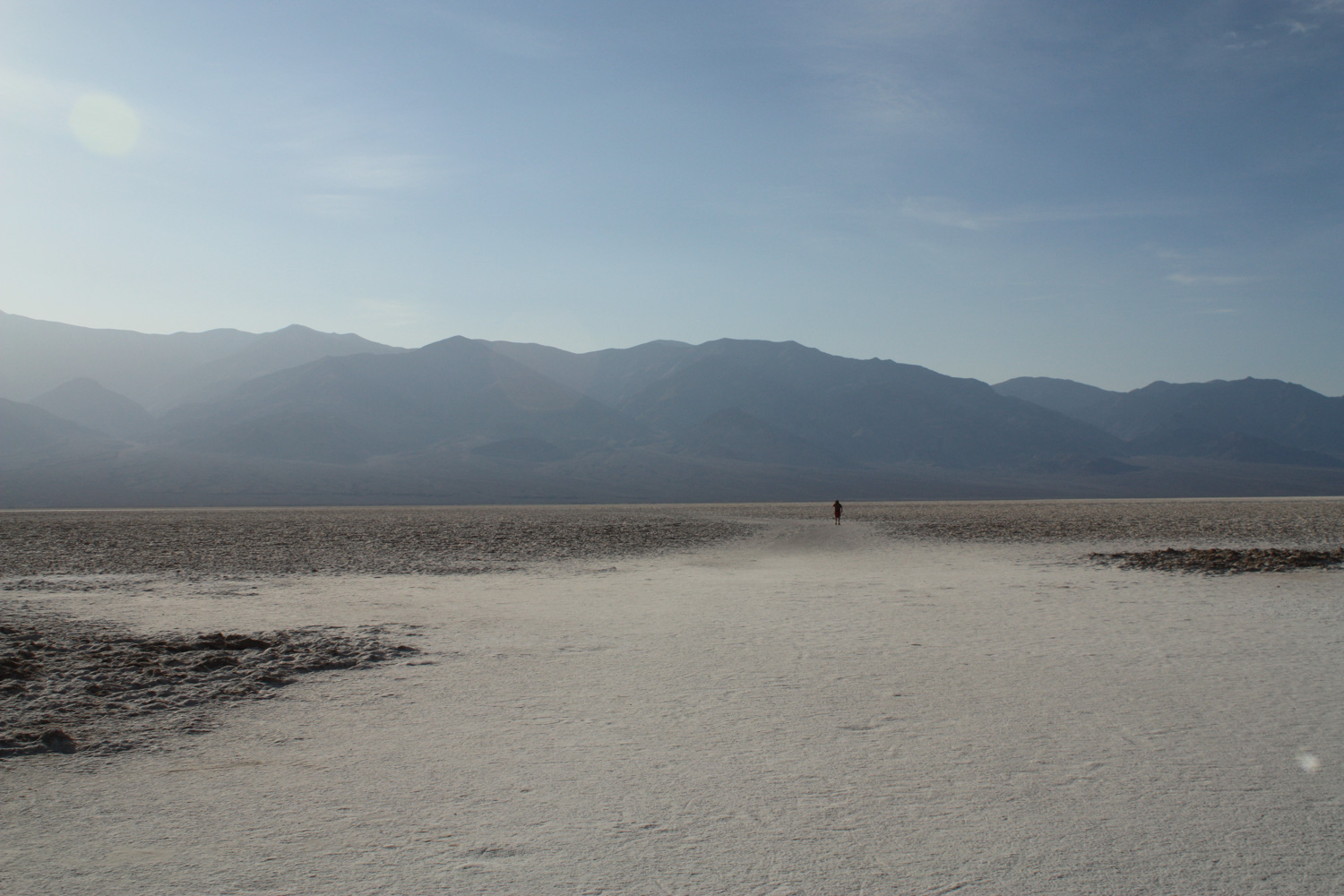 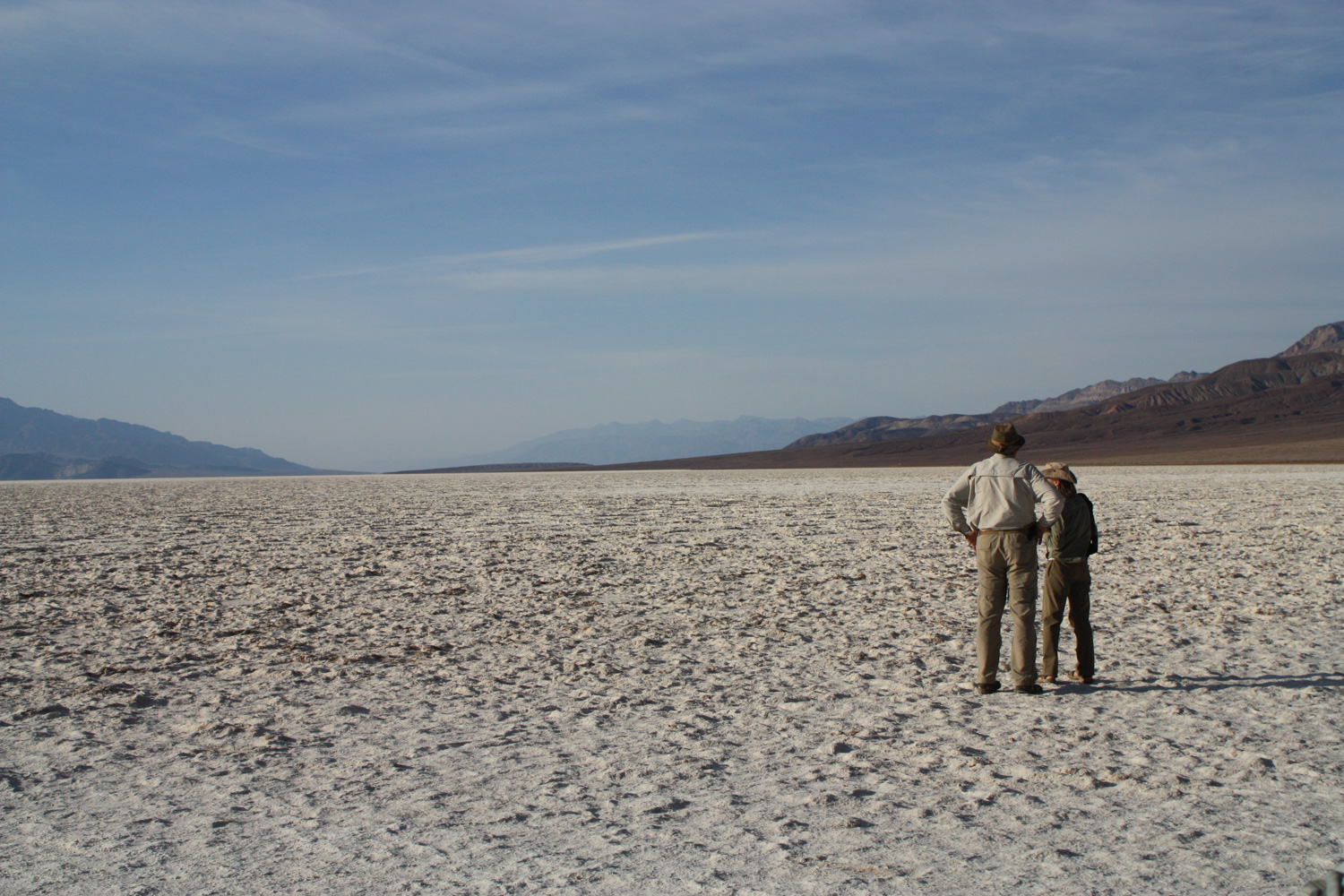 The lowest spot in the continental United States 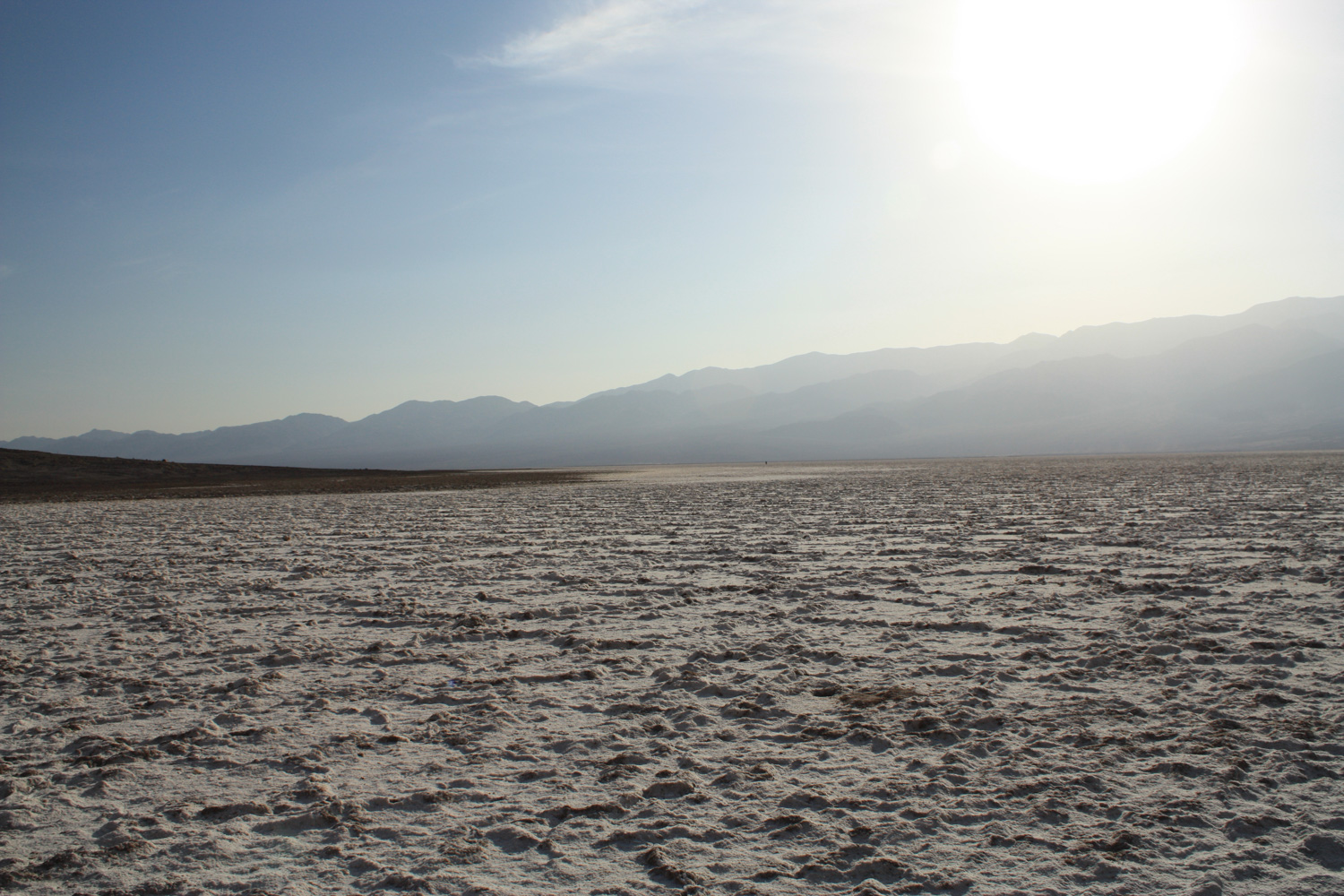 Nonexistant - you're basically just walking on the bed of an ancient ocean.

There are several campgrounds in Death Valley.

From the junction between CA-190 and CA-178 (Badwater Road) near the Furnace Creek Inn, head south for 16.7 miles. The parking area will be clearly visible on the west side of the road. If you are heading into the park from the Southern Entrance, Badwater is 47 miles inside the park.