This three mile trip from the rim to the floor of the canyon stops near the famous White House Ruins and is the only trail in the entire Canyon de Chelly National Monument that can be hiked without a Navajo guide or Park Ranger.

Canyon de Chelly National Monument is a unique unit of the National Park Service for several reasons. First, Canyon de Chelly is the only unit of the Park Service that is entirely owned and operated by a Native American nation. The Navajo Tribal Trust runs the National Monument (and staffs the NPS visitor center). Additionally, members of the Navajo Nation still live inside the Monument’s boundaries, which is why only one trail – the White House Ruins – is open to visitors who are not traveling with a park ranger or Navajo guide.

There is no entrance fee to Canyon de Chelly — and due to the fact that Navajo live both in and around the National Monument, the White House Trail is a route for hikers as well as being a way for residents of the canyon to get in and out of the canyon floor. And, while I was here, it also seemed to be a killer running route for the local high school track teams.

If you would like to explore the monument further, the Park Visitor Center can offer helpful information on free ranger-led hikes as well as a variety of private contractors who can take you beyond the White House Trail. Private tours are offered for hikers, equestrians, and via Jeep — just make sure whichever tour company you go with is authorized by the Navajo Parks and Recreation Department.

OK, one last thing: It’s pronounced “Canyon de Shay.” The phrase “de Chelly” is a Spanish bastardization of the Navajo word for canyon (so, “Canyon of the Canyon”), and when it was translated into English they chose an oddly French-style spelling for some reason.

The trail begins at the White House Overlook and starts off on some classic Southwest slickrock, meandering through a gorgeous stretch of Pinon-Juniper woodland before it reaches the edge of the canyon wall. 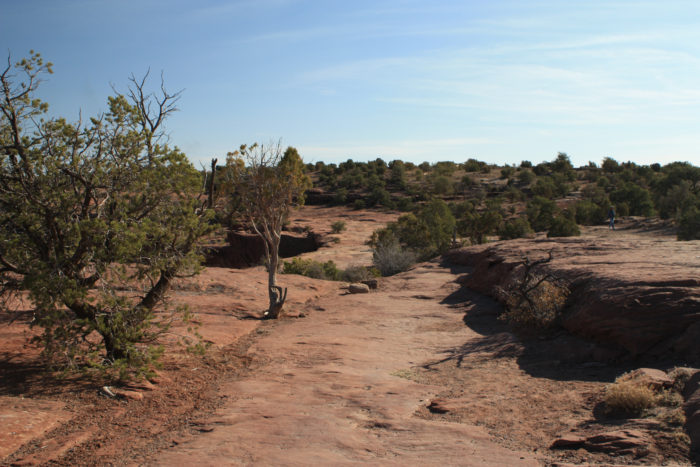 A sign near the edge of the canyon itself reminds you of some of the rules of hiking in this unique National Monument: 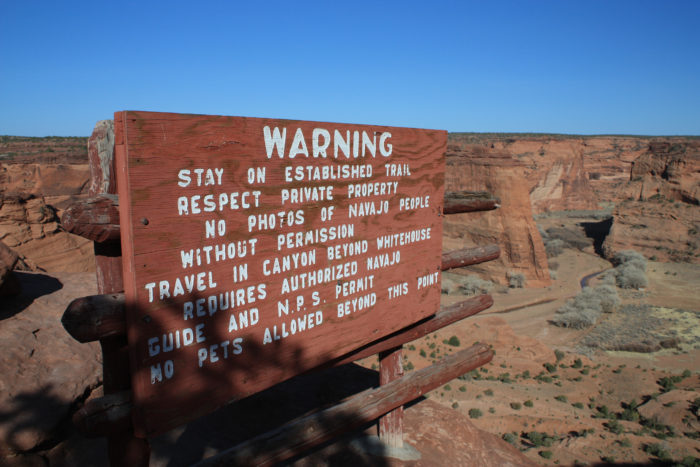 Once the trail reaches the rim of the canyon, you’ll have an incredible view of the red rock landscape and the rushing water below. Depending on the time of year you visit, you may also be treated to some vibrant foliage from the trees hugging the washes.

Follow the trail as it dives down toward the canyon floor — quite literally. 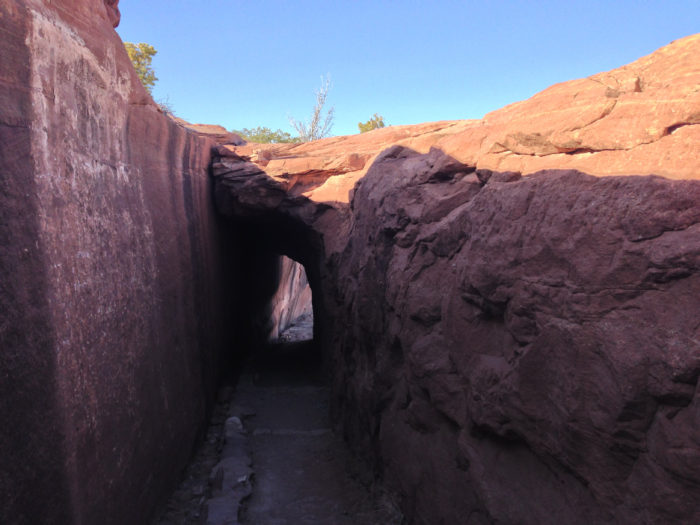 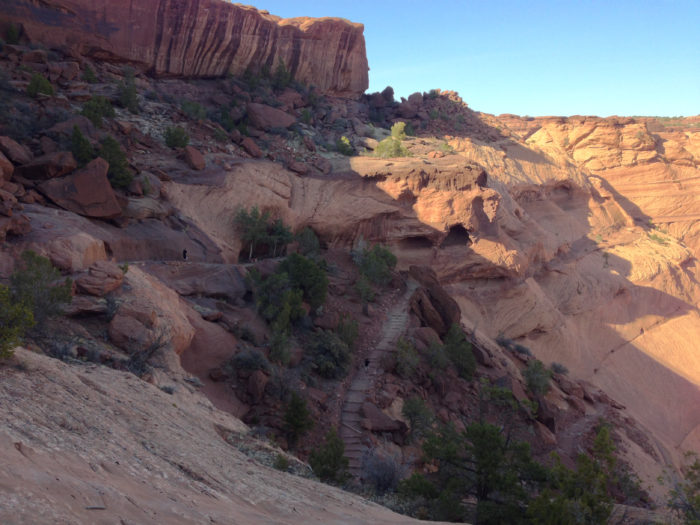 The views of the canyon are simply stunning along this route — and if you can time your trip near the beginning or end of the day, the light and shadows falling on the sandstone will make an already magnetic landscape even more enchanting.

If you keep your eyes peeled, you may also be able to spot some old cliff dwellings in the canyon walls … 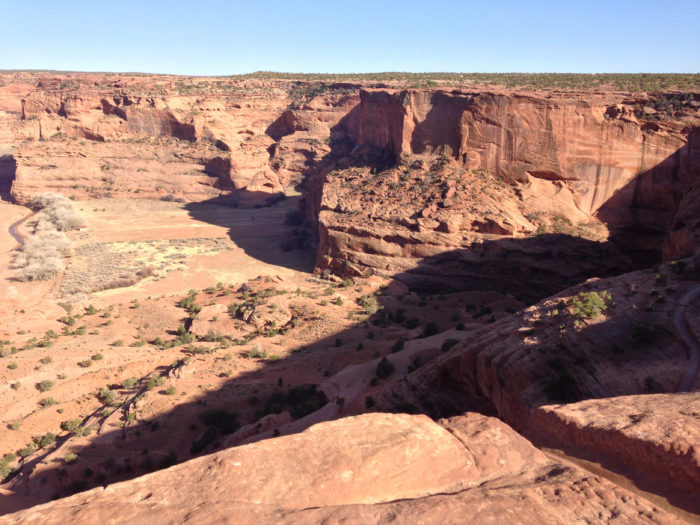 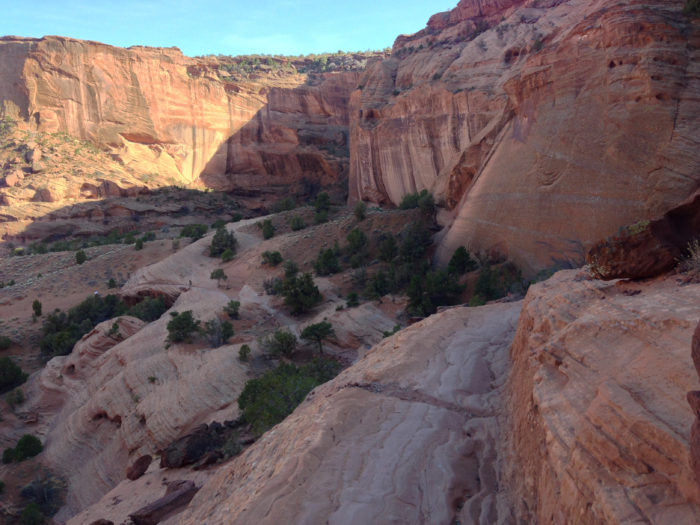 Claustrophobic types should know that there is one portion of this trail where you’ll have to hike through a short tunnel in the sandstone: 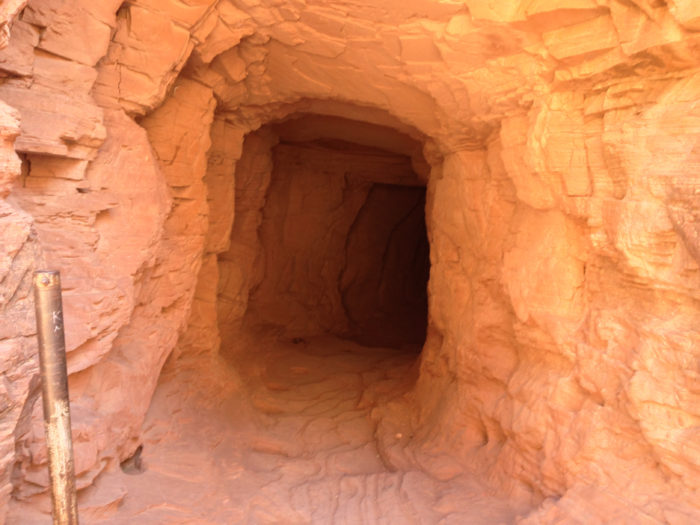 It is a very short section and although you’ll most likely have to duck down to squeeze in a bit, it should be manageable for just about every hiker.

Just before you hit the mile mark, you’ll reach the canyon floor and hop onto a broad dirt trail. Looking back up gives you a nice vantage point on the 520-ish feet you’ve just descended (remember you’ll have to make it back up again!), while continuing northeast toward the wash and the White House Ruins will remind you how different the landscape can be when you’re standing on the canyon floor. 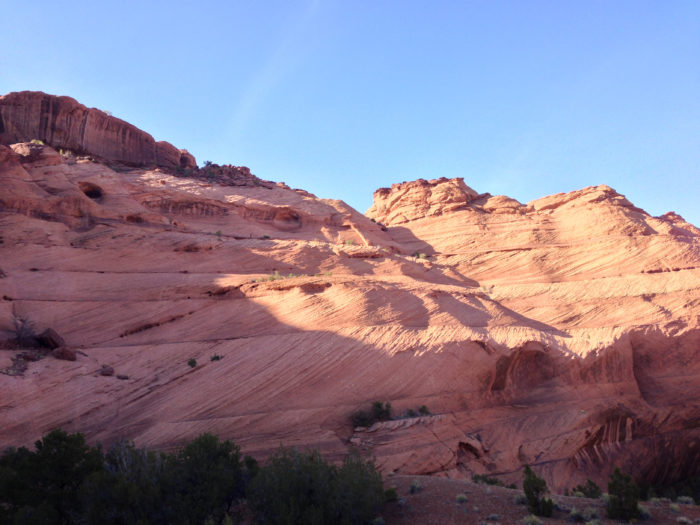 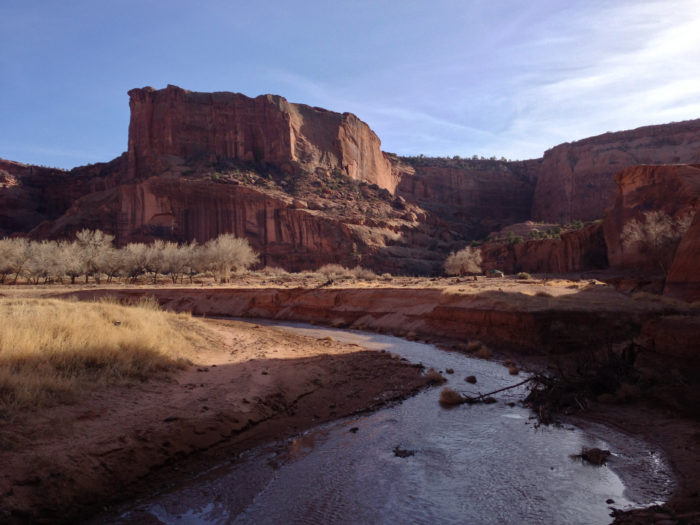 A narrow wooden footbridge takes you across the wash and to the base of the White House Ruins themselves. 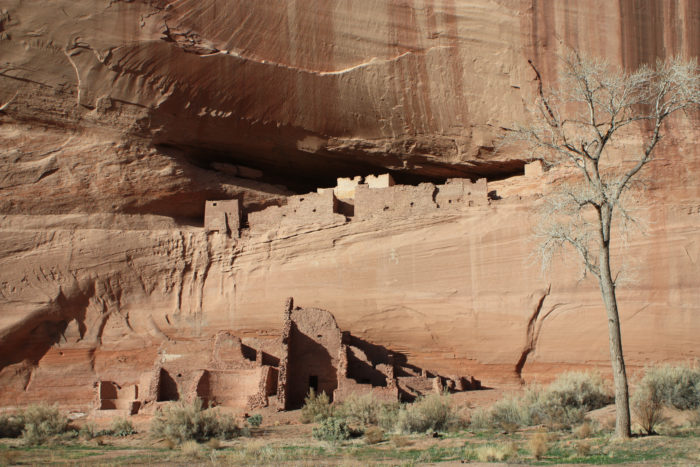 There are numerous cliff dwellings, ruins, and pictographs in this canyon, although the White House Ruins are perhaps the best known (possibly because it’s the only one you can hike to without additional accompaniment on the trail).

The White House Ruins are named for a white plaster wall that adorned a long wall in the upper dwelling.

People inhabited the Canyon de Chelly area since around 2500 BCE, but it is the Ancestral Puebloans (sometimes still called the Anasazi, although that name is falling out of fashion with anthropologists) who built most of the cliff dwellings and structures between 350 and 1300 CE. The cliff dwellings were toward the later end of that stretch, and the Puebloans left the area around 1300 — due to what most believe was a combination of pressure from outside groups and widespread regional drought due to a climate change.

The Hopi people lived in the Canyon after the departure of the Puebloans until the 1600s, when the ancestors of the Navajo Nation emigrated to the region from northwestern Canada and adopted some of the Hopi farming techniques to live in the Canyon. The Spanish weren’t long afterward and, as with most interactions between the Spanish and Native Americans, it didn’t end very well for the Native Americans. The Americans who followed weren’t much better — a military campaign against the Navajo in 1864 resulted in most of the tribe being forcibly removed to New Mexico, but the U.S. government allowed them to return four years later.

Remember on your visit that descendents of those native peoples still call this canyon home, so although you are technically inside a National Monument and the rangers are wearing Park Service uniforms, this land you’re hiking on is also part of a still-thriving and ancient community. Don’t be surprised if you see people selling artisan wares near the trails or just going about their business — just be respectful (and remember to ask permission if you want to take photos of anyone!). 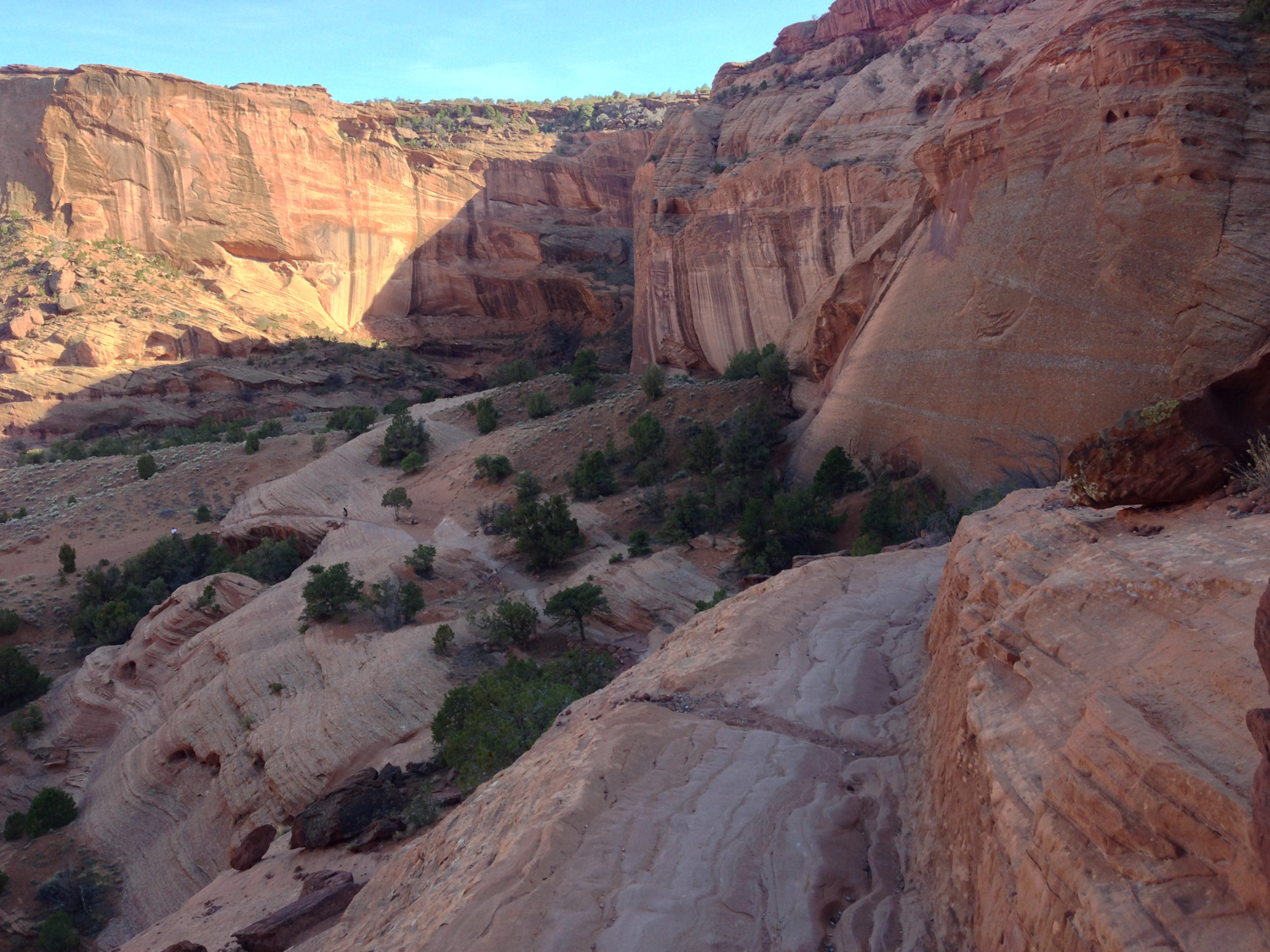 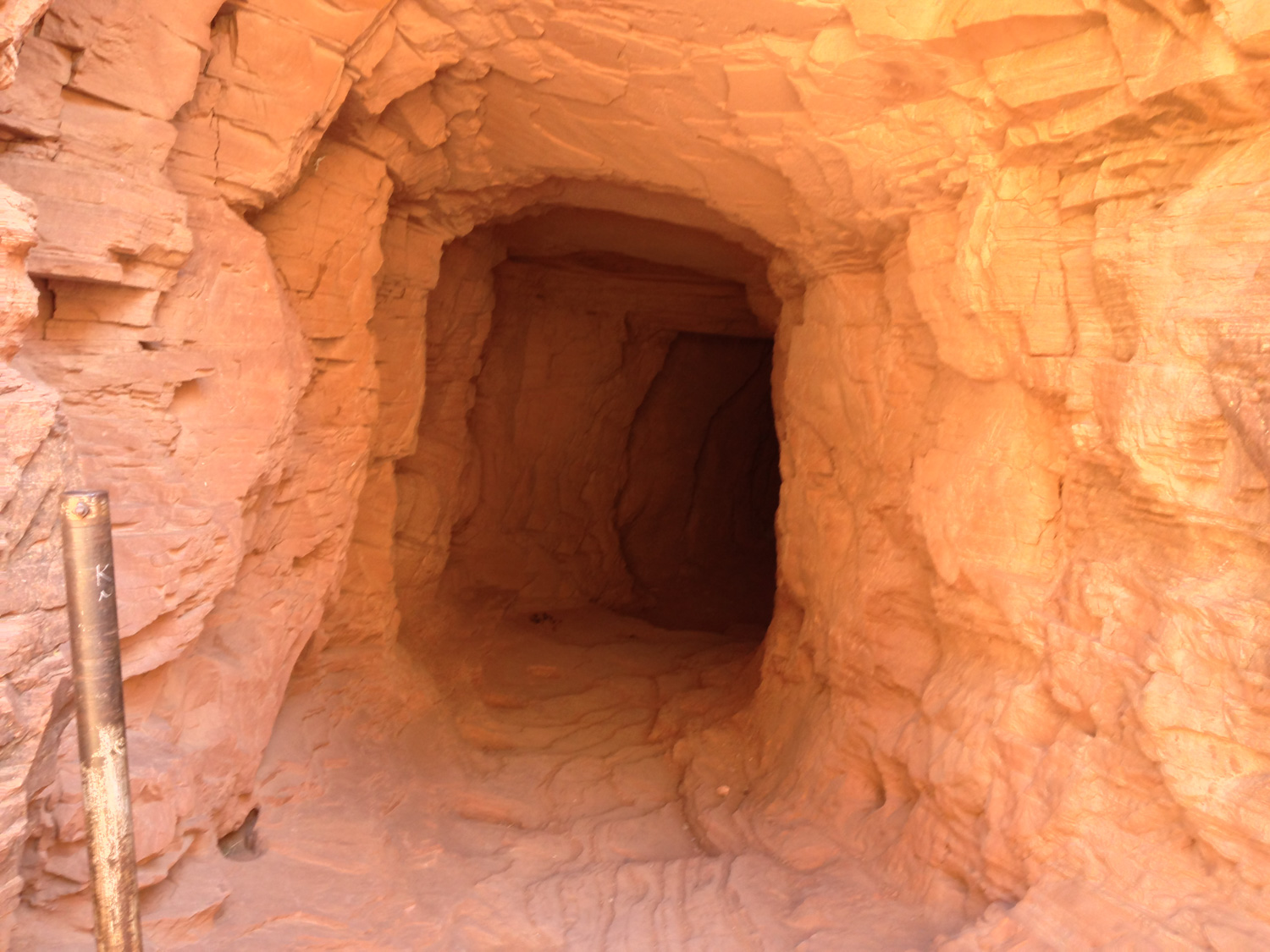 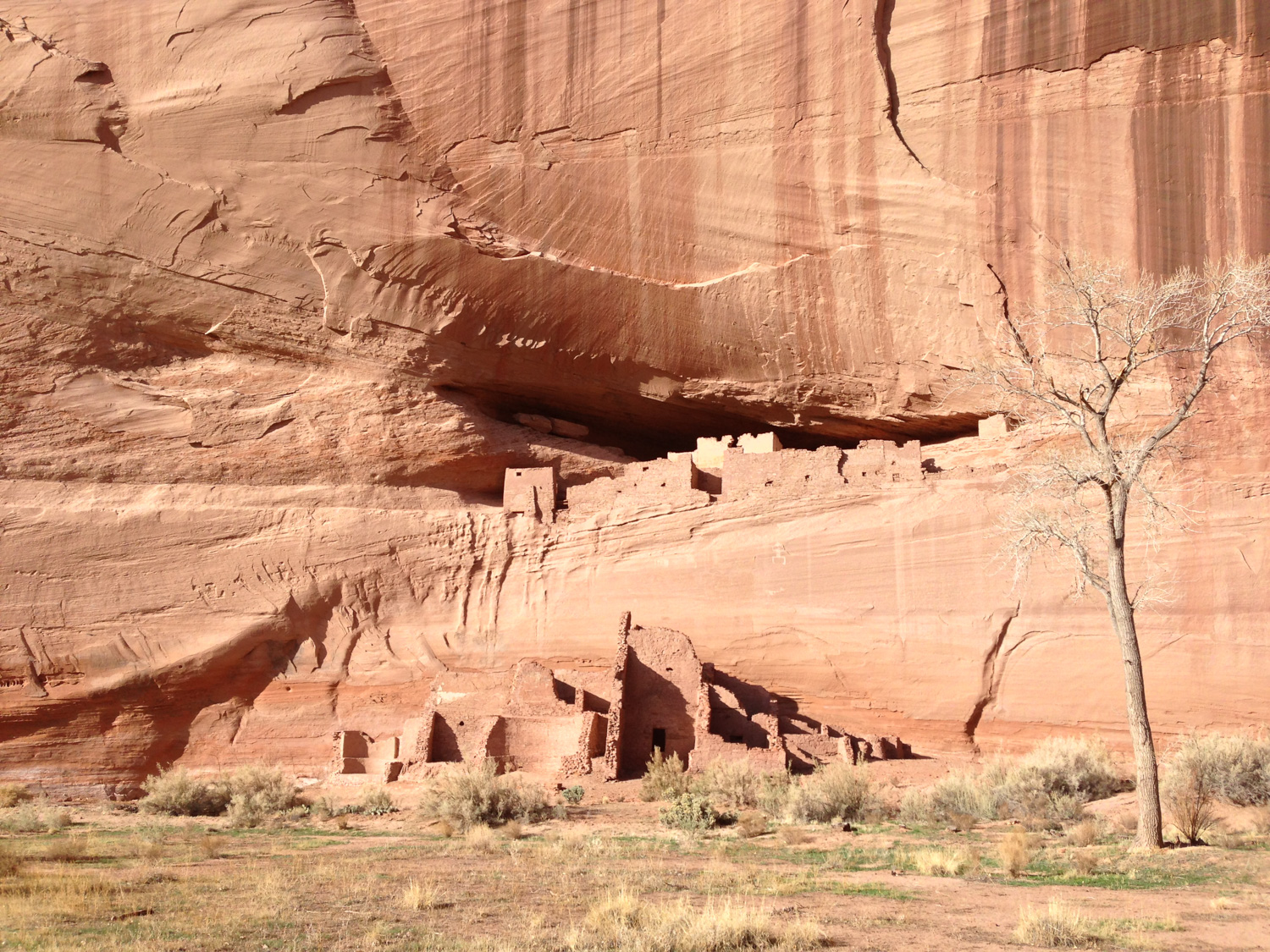 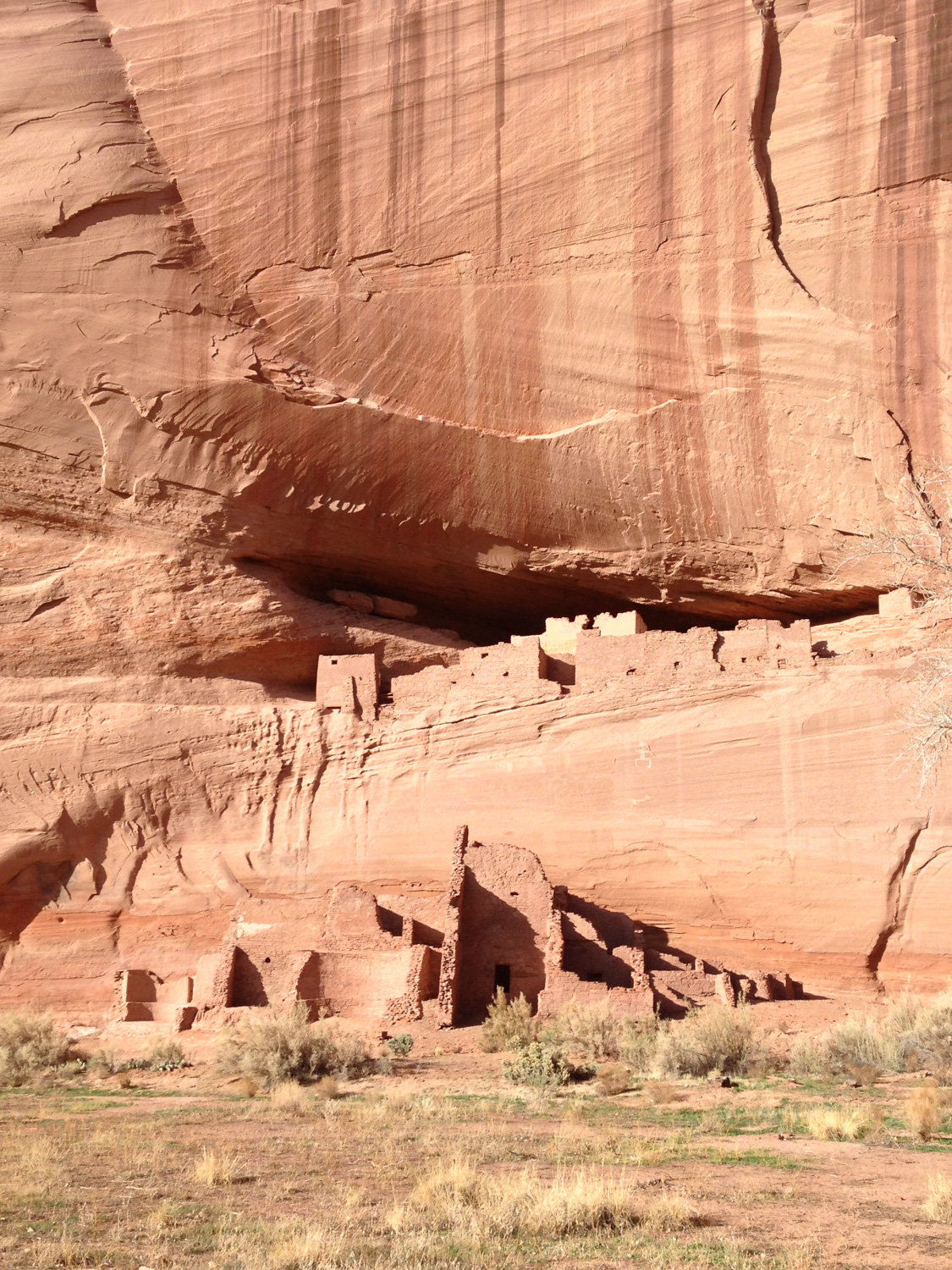 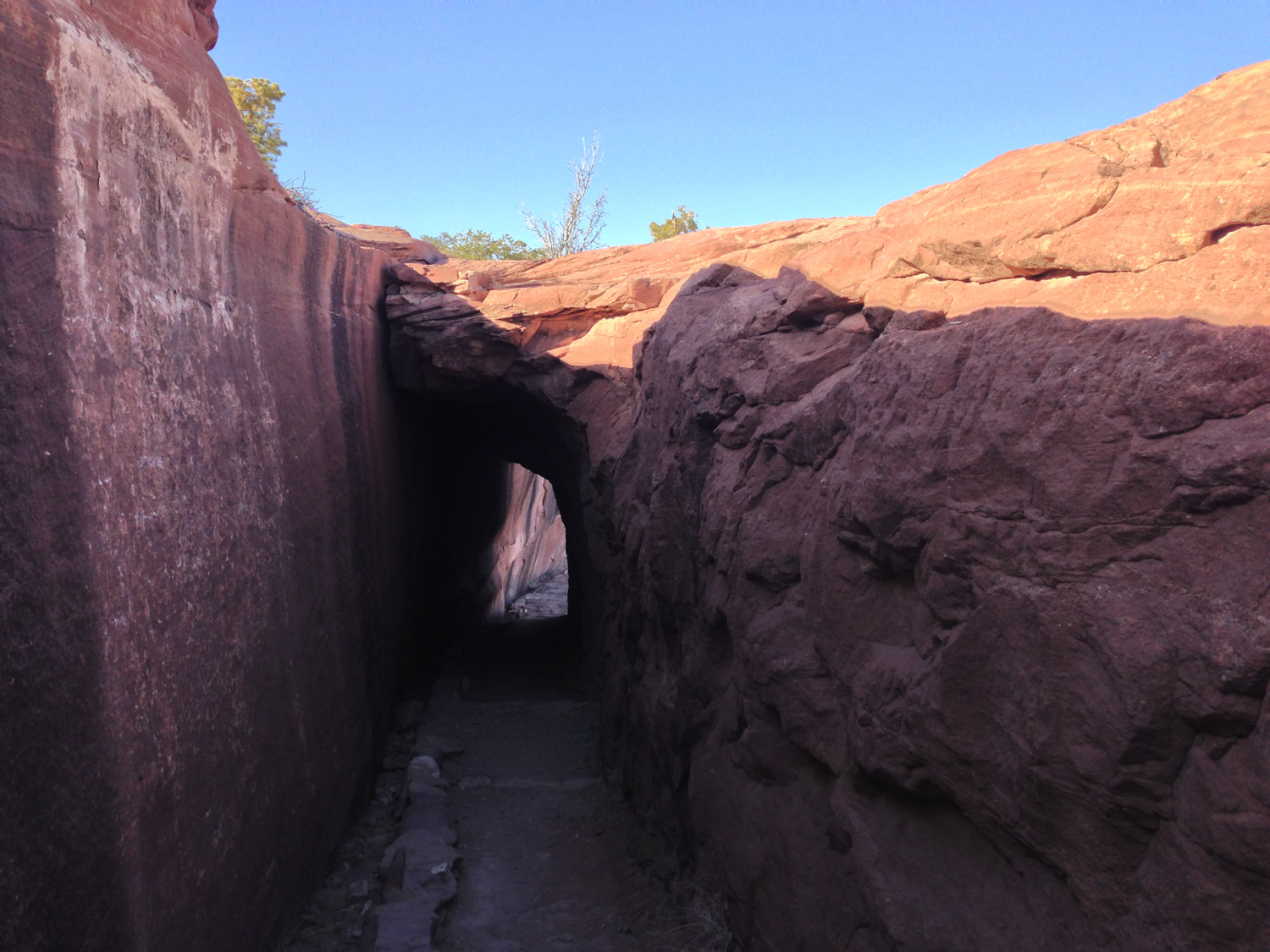 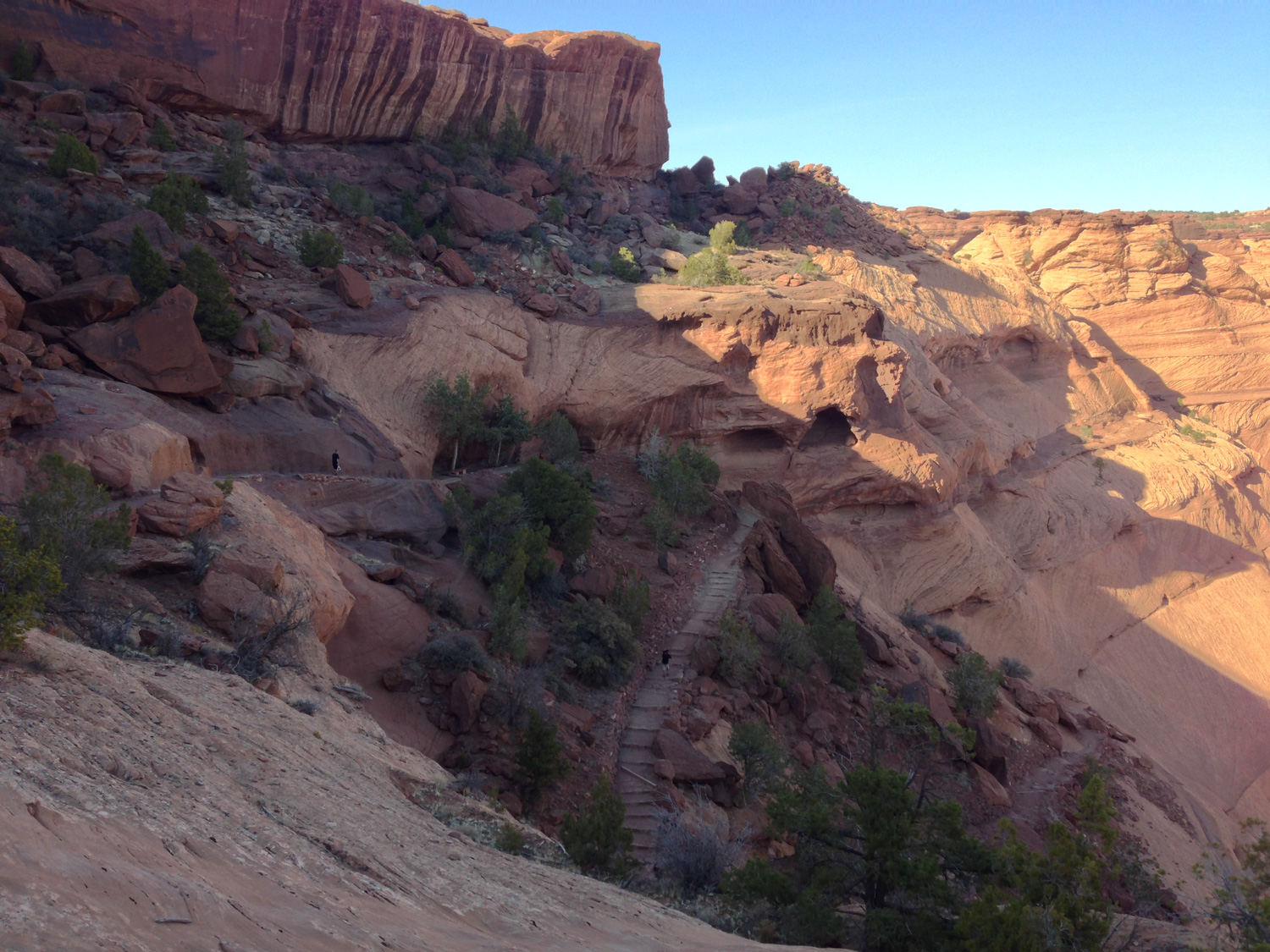 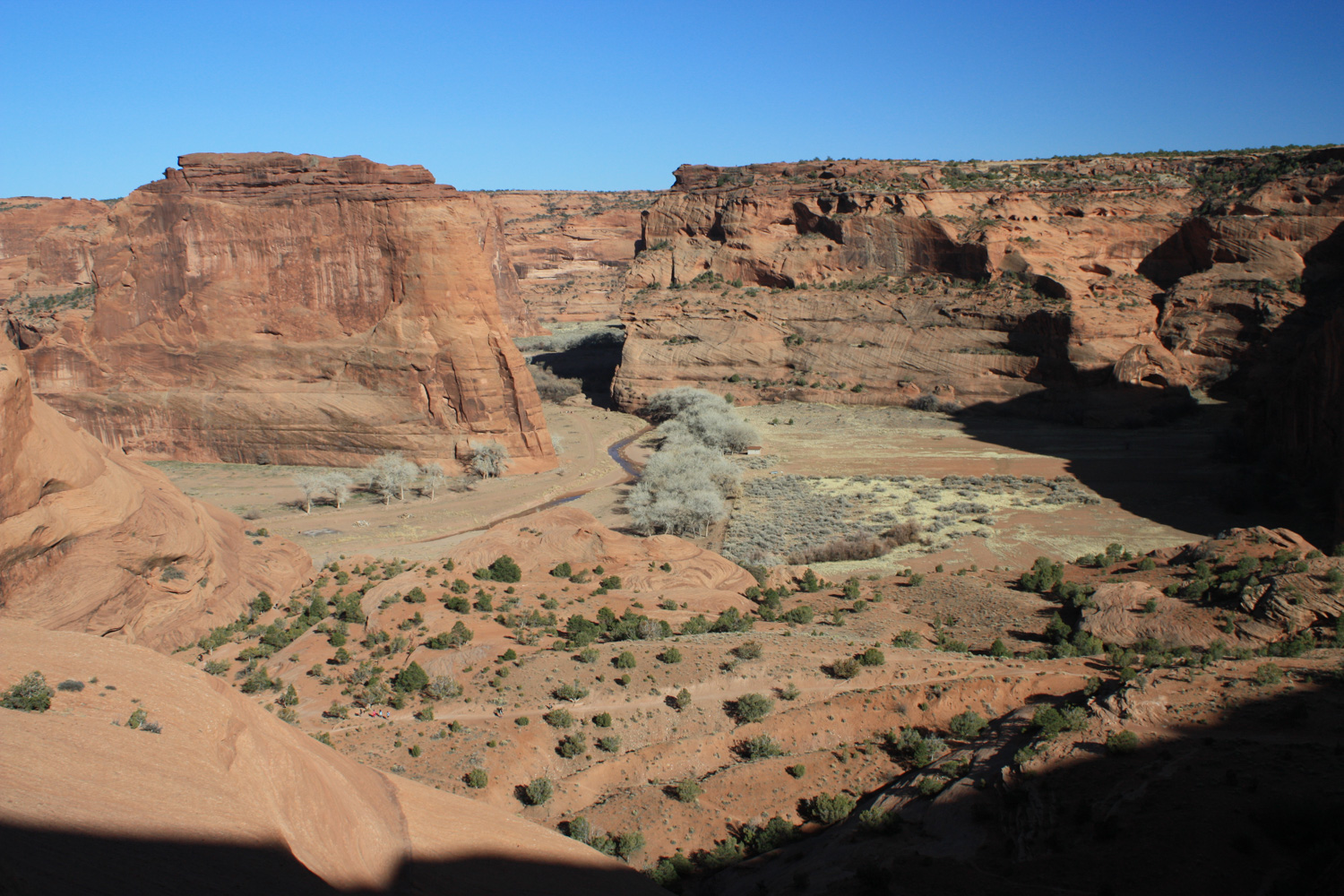 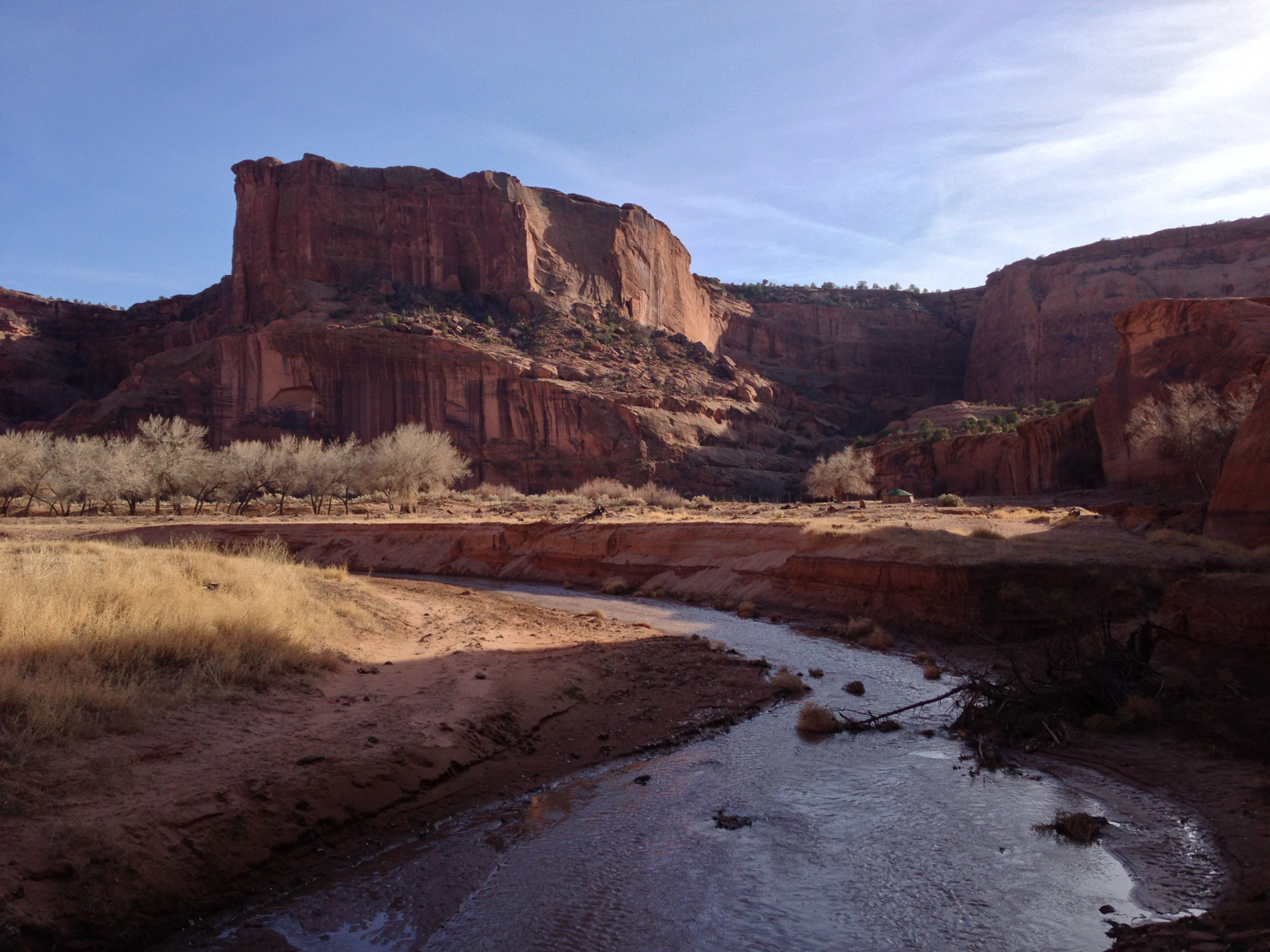 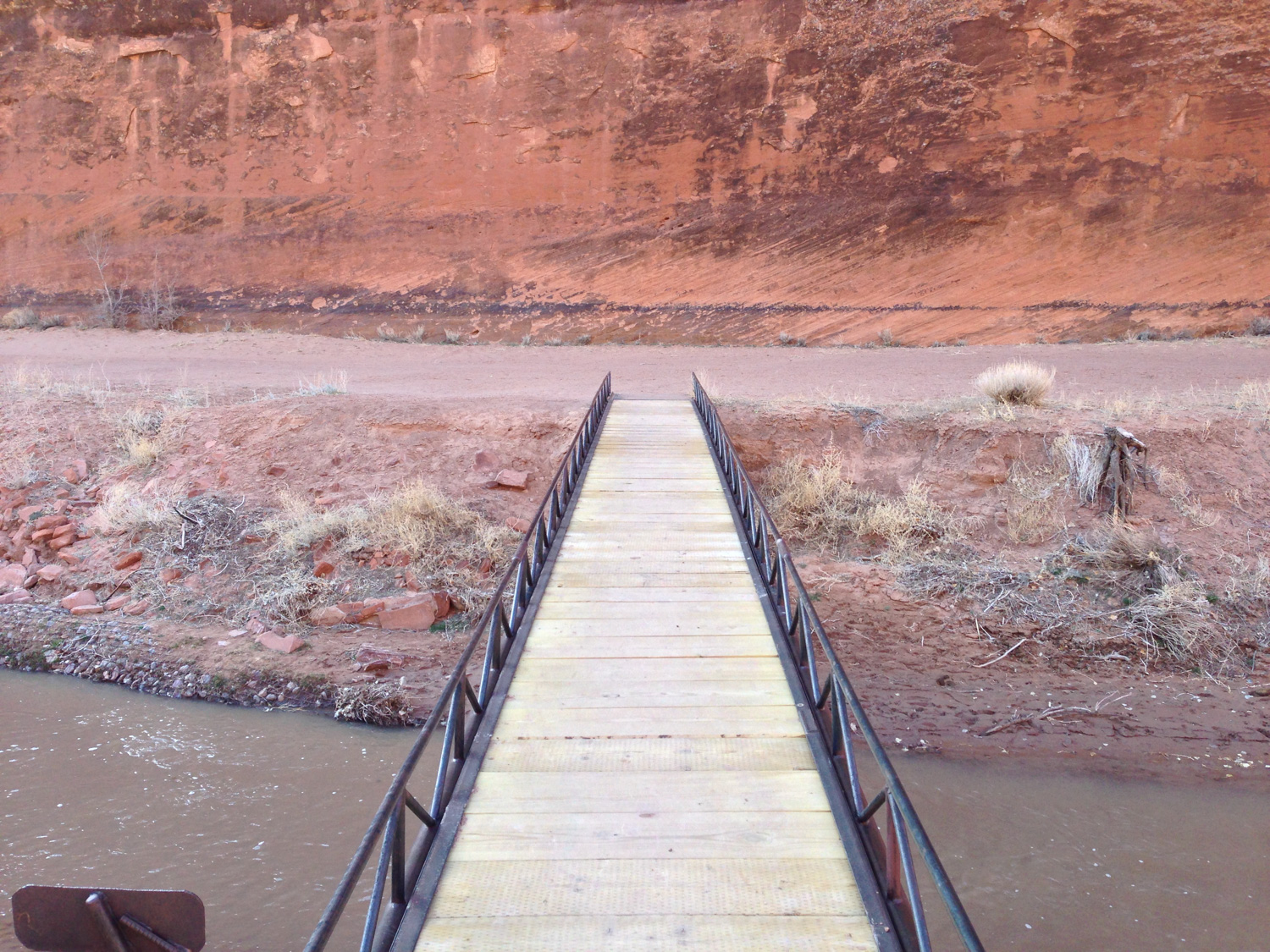 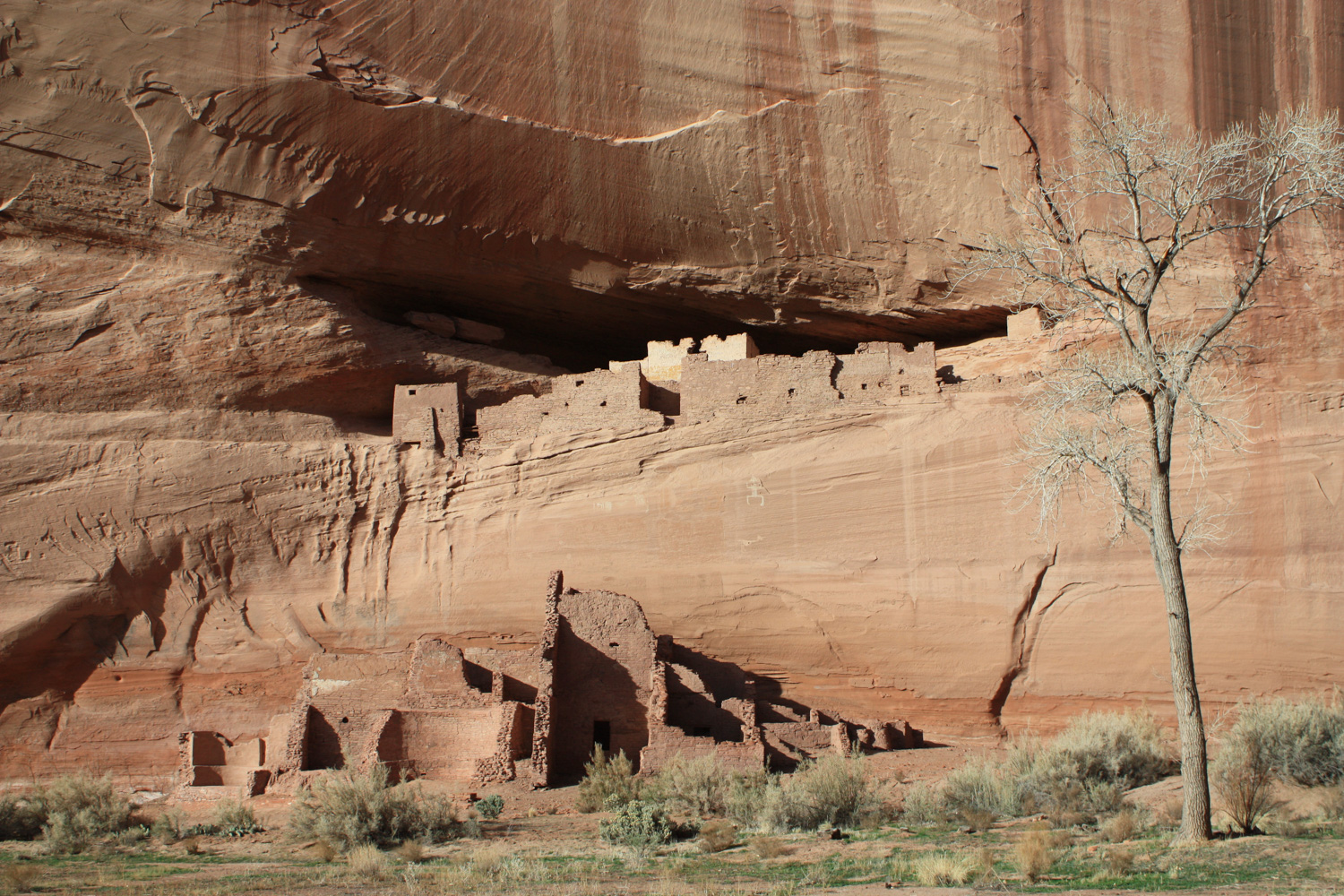 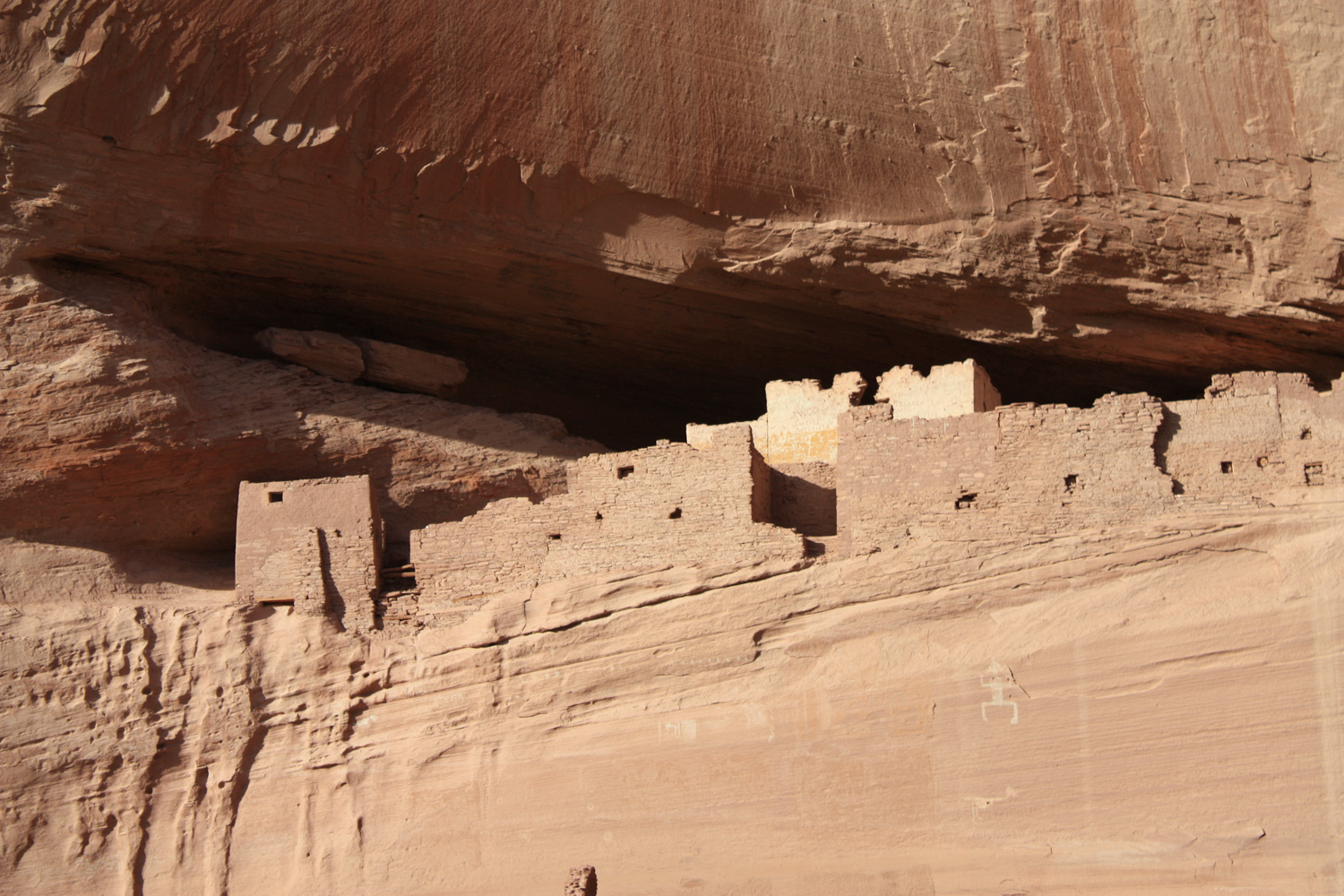 Very good. The trail is well traveled and well-established. Note that this is the only trail visitors are allowed to hike in the National Monument without being accompanied by a Park Service or Navajo guide.

Cottonwood Campground is managed by the Navajo Nation Department of Parks and Recreation. Camping is first-come, first-served and payment is cash only. Call 928-674-2106 for more information.

From the US-191, take Indian Route 7 east through the town of Chinle and turn right just past the Visitor Center. Follow South Rim Drive past the Tunnel, Tsegi, and Junction Overlooks and turn left toward the White House Overlook at 4.2 miles. The trailhead is at the end of the road.