Hike the Sugarbowl Loop through Redwood Canyon on an early June morning, and you may see the sun’s rays filtering down through the boughs of towering sequoia trees. You will pass through verdant corridors of Pacific dogwoods, which may be heavily laden with delicate white flowers. Bright red snow plant may rise out of the duff on the forest floor like a beautiful crimson alien. Mule deer may peak shyly through the brush, and the trickle of Redwood Creek will soothe the senses. 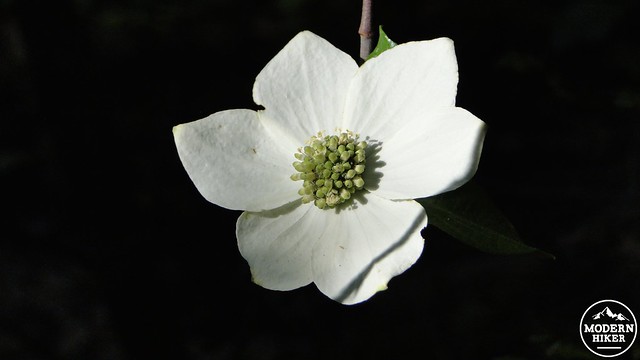 This is the lush, primeval world of Redwood Canyon, which contains the largest of the giant sequoia groves along the slopes of Redwood Mountain and Big Baldy Ridge and along the banks of Redwood Creek. Unlike the more open and sunny groves at Grant Grove and Giant Forest, Redwood Canyon supports a dense, deeply-shaded forest with thousands of medium and large sequoia trees. Up on the north-facing slopes of Redwood Mountain, along which the Sugarbowl Trail travels, the forest is drier, but the trees are larger. On south-facing slopes, the sequoias disappear entirely to be replaced by black oaks, Jeffrey pines, and sugar pines. The variety in the biomes (formations of plants and animals that have similar characteristics) makes Redwood Canyon a pleasure to hike. 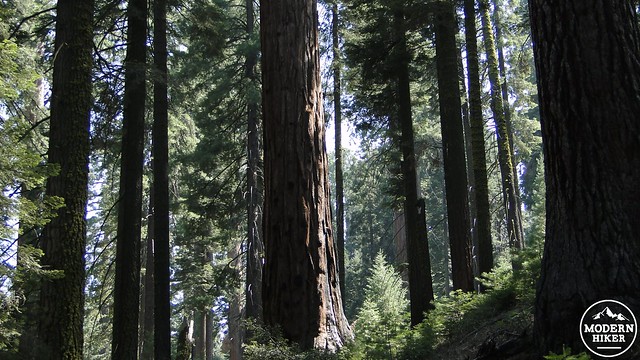 On the Sugarbowl Trail

Redwood Canyon is the epicenter of the National Park Service’s prescribed-burning program. For many years, agencies charged with protecting the land adopted a “protect at all costs mentality” that encouraged extensive efforts to prevent fires of any kind. After years of this policy, scientists and rangers eventually discovered that the forests were struggling and the sequoias were not regenerating. Forest fires, when they did occur, were more intense, leading to more crown fires and stand-replacing fire events. 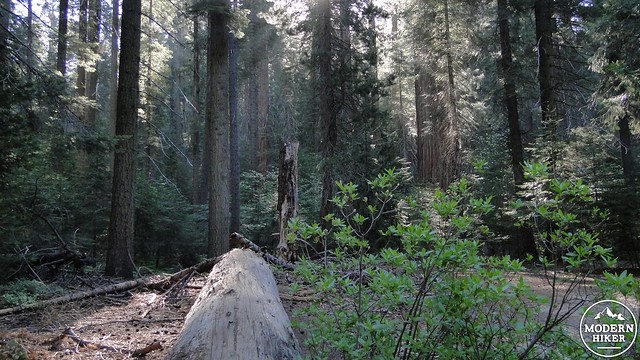 The lush floor of Redwood Canyon

It turns out that the occasional fire is beneficial in a number of ways for forests, and this is particularly true within sequoia groves. Sequoia cones, like many other members of the cypress family, do not open and discharge seeds without the intense heat wildfires can provide. Sequoia saplings typically do not take root unless the thick layers of duff carpeting the forest floor have been transformed by fire into mineral-rich ash. Sun-loving sequoia saplings do not survive long when competition from other species, such as fast-growing white fir, crowd out the sun. Sequoias don’t just benefit from fire; they rely on it. 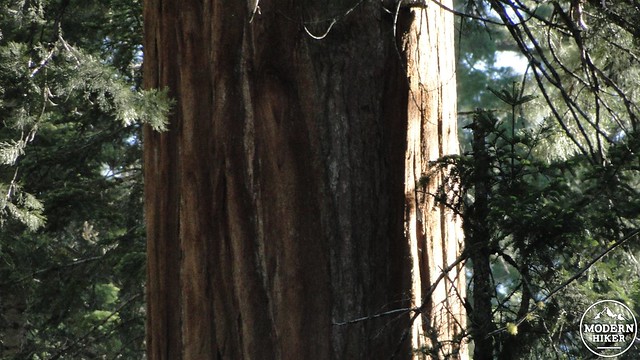 Giant sequoia basking in the sun

Since this discovery, park foresters and scientists have used parts of Redwood Canyon as their testing grounds for developing effective prescribed burning tactics. These tactics have been adopted across the park system and have been responsible for improving the health of the sequoia groves while fostering the growth of numerous sequoia saplings. It’s possible that you will encounter prescribed burns in the Redwood Canyon area as the parks will select 150 acre parcels for burns nearly every year. The aftermaths of burns are frequently in evidence, but so then are the spectacular explosions of plant growth in the years following the fires. 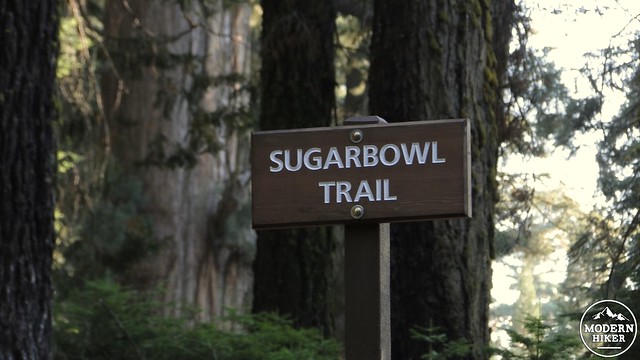 The Sugarbowl Trail begins from the Redwood Canyon parking lot, bearing right and away from the combined Redwood Canyon/Hart Tree Trailhead. The Sugarbowl Trail promptly begins to climb up onto the ridge of Redwood Mountain. Initially, you will be surrounded by medium to medium-large sequoias as the trail sticks to the north-side of a ridge. Being on the north or south side of this ridge, which trends roughly east to west, makes all of the difference as to what kind of forest you’re walking in. The cooler, moisture-holding north sides are perfect for sequoia groves. The warmer, rapidly evaporative south sides cannot support sequoias, but will support more drought-tolerant species like black oaks, Jeffrey pines, and sugar pines. 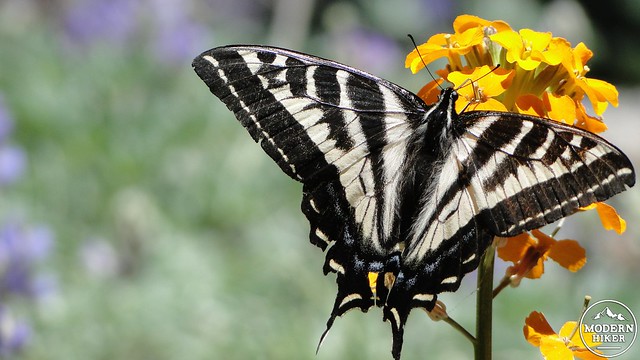 Tiger swallowtail butterfly on a wallflower

As the trail climbs, it continues to pass a large number of sequoia trees before it crosses up and over to the south side of the ridge. As you might expect, the sequoias vanish, to be replaced with a completely different biome. In the late spring and early summer months, you are likely to see carpets of pink flowers or tall, spindly orange wallflowers. Beautiful tiger swallowtail butterflies will flutter by on the breeze, while views of Big Baldy Ridge begin to open up to the south. 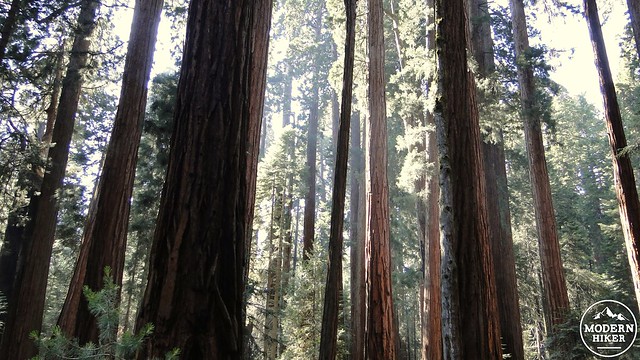 The trail continues along the south side of the ridge before coming up and over to the north side once again. After dipping down in a dense sequoia grove, the trail will bend to the left and enter a nearly pure stand of sequoias. This is the Sugarbowl, from which this trail gets its name. The nearly pure grove of sequoias is a rare sight, as most sequoias co-mingle with white fir, sugar pine, red fir, and ponderosa pines. The Sugarbowl has a number of shady spots where one can stop and enjoy a leisurely snack break. 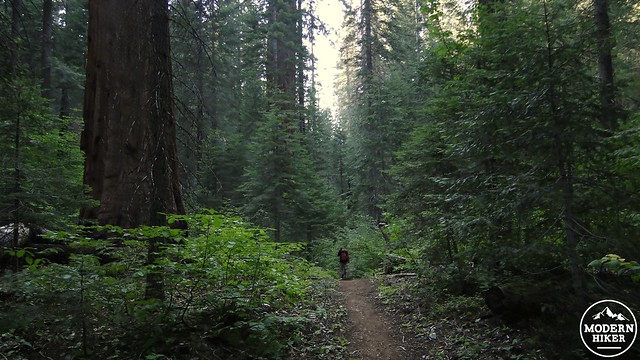 From the Sugarbowl, the trail will begin a descent down the south slope of Redwood Mountain into the depths of Redwood Canyon. The trail will switchback down through varying patches of oak and pine woodland, chaparral, and denser patches of cedars and firs. As the trail nears the canyon’s bottom, it will reach eye level with some towering sequoias and sugar pines, while the views of Big Baldy improve at every step. The rocky, rounded summit of Buena Vista Peak is also visible for a moment before the trail plunges into a dense thicket of sequoia saplings that have taken root following a prescribed burn. Not long afterward, the trail will bottom out and reach the junction with the Redwood Canyon Trail. 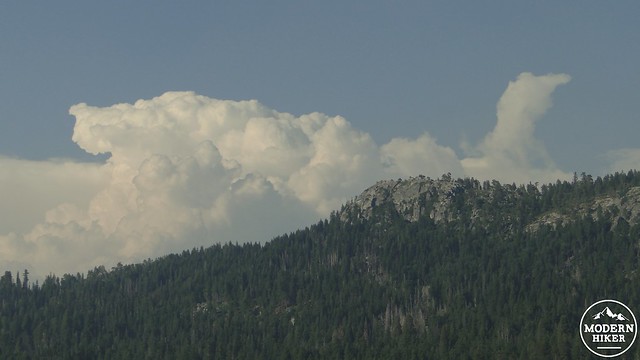 This track turns left to begin the gentle climb up Redwood Canyon which returns to the trailhead. If you are backpacking, you will want to continue down canyon by turning right. After a short walk, which is maybe no more than a quarter of a mile, you will come to a log crossing Redwood Creek. On the other side of the creek is another grove of large sequoias with some flat spots perfect for camping. There are not a lot of places where one can backpack beneath a giant sequoia, and backpacking in Redwood Canyon is a perfect introductory backpack for novices, as well as a unique opportunity for seasoned backpacking enthusiasts. 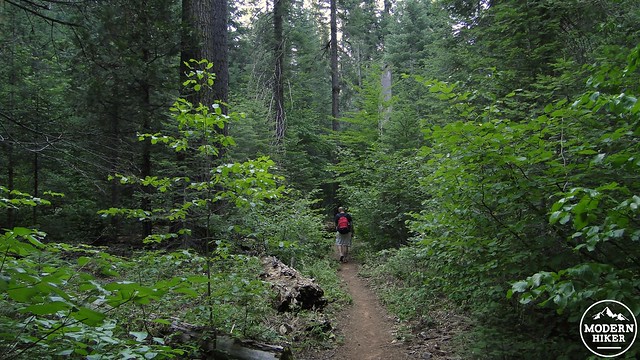 A corridor of dogwoods

If you elect to turn left and head back to the trailhead, you will begin to walk through some of the densest vegetation you will find in any forest in the western Sierra. Where there aren’t massive sequoias, firs, and pines rising up from the ground like wooden skyscrapers (and there are thousands of those), you will see thickets of willows along the creek, or you will pass through beautiful green corridors of Pacific dogwood rich with flowers in the late spring. Dogwood trees are one of the few color-changing deciduous trees in the area, and they tend to turn a dull-to-vivid red, depending on conditions, around mid- to late October. Combined with the abundant black oak trees up the canyon’s slopes, which turn gold in late October, Redwood Canyon may also make a great fall color hike if timed correctly. 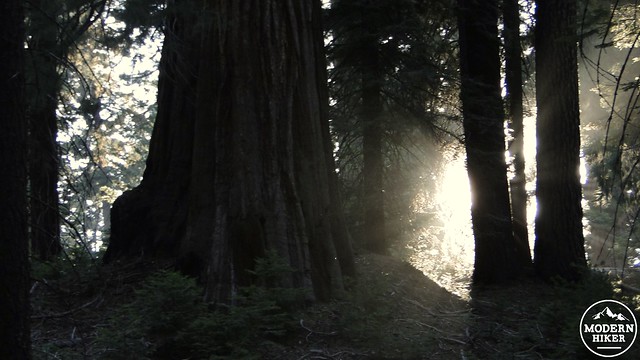 The trail climbs for over a mile before it begins to bend off to the left on the return to the trailhead. As it climbs, and occasionally switchbacks, late afternoon light may filter through the forest, producing otherworldly light and deep pools of shadow. The trail will pass a junction that shoots off to the right. This is the Hart Tree Trail, which loops around the southern side of the Redwood Canyon grove to visit the enormous Hart Tree. Continue straight, and you will eventually emerge back at the trailhead. 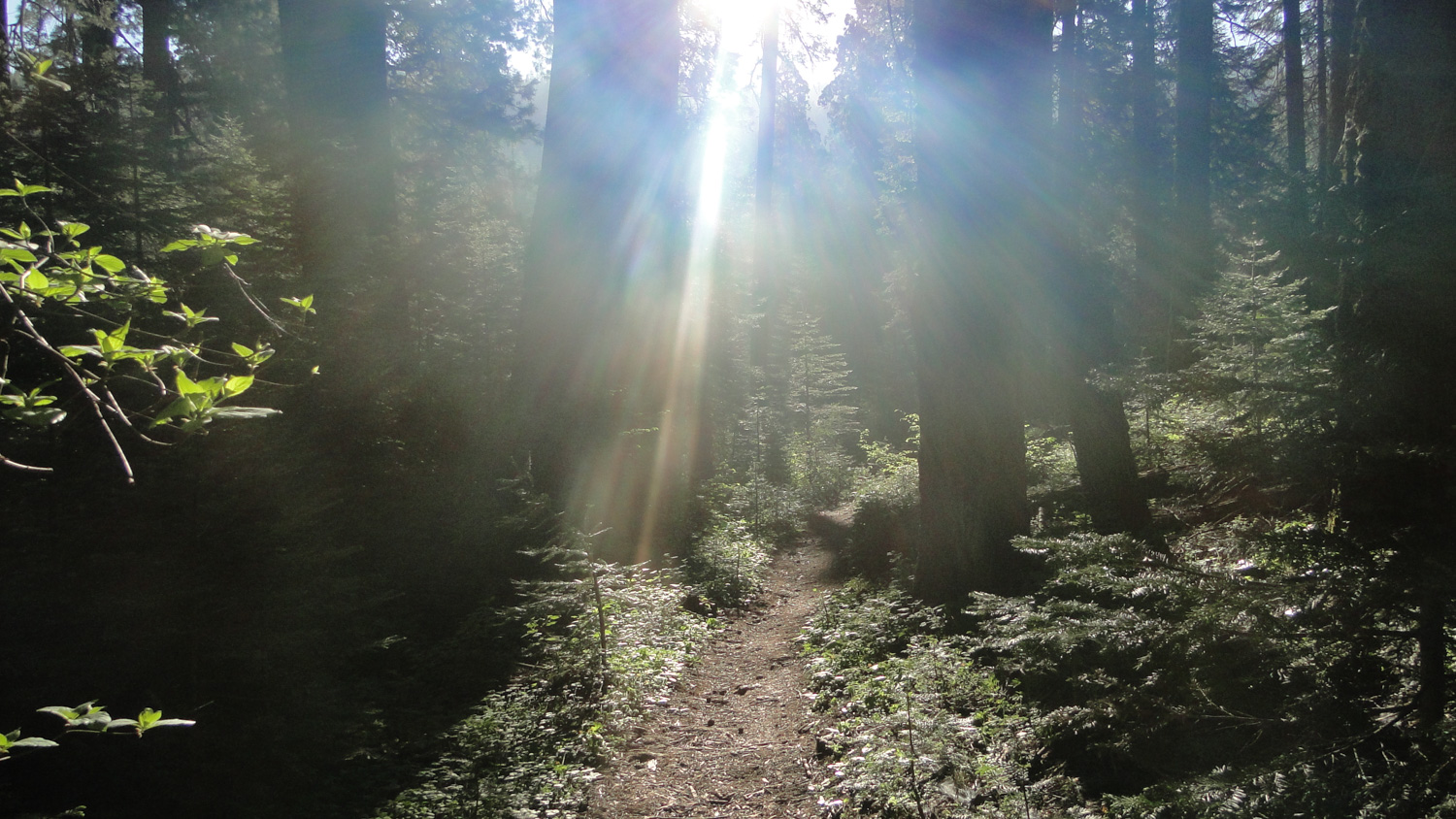 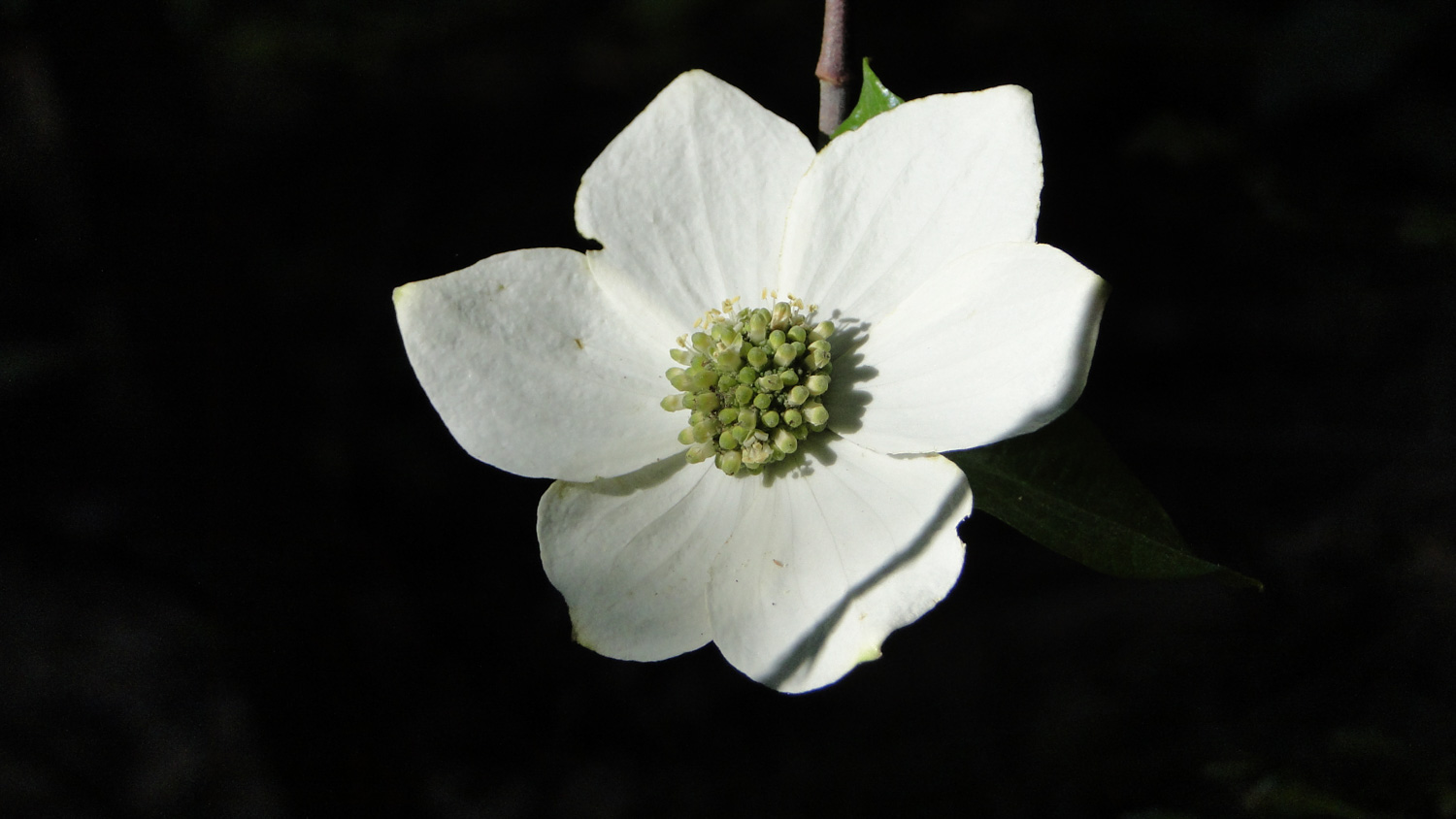 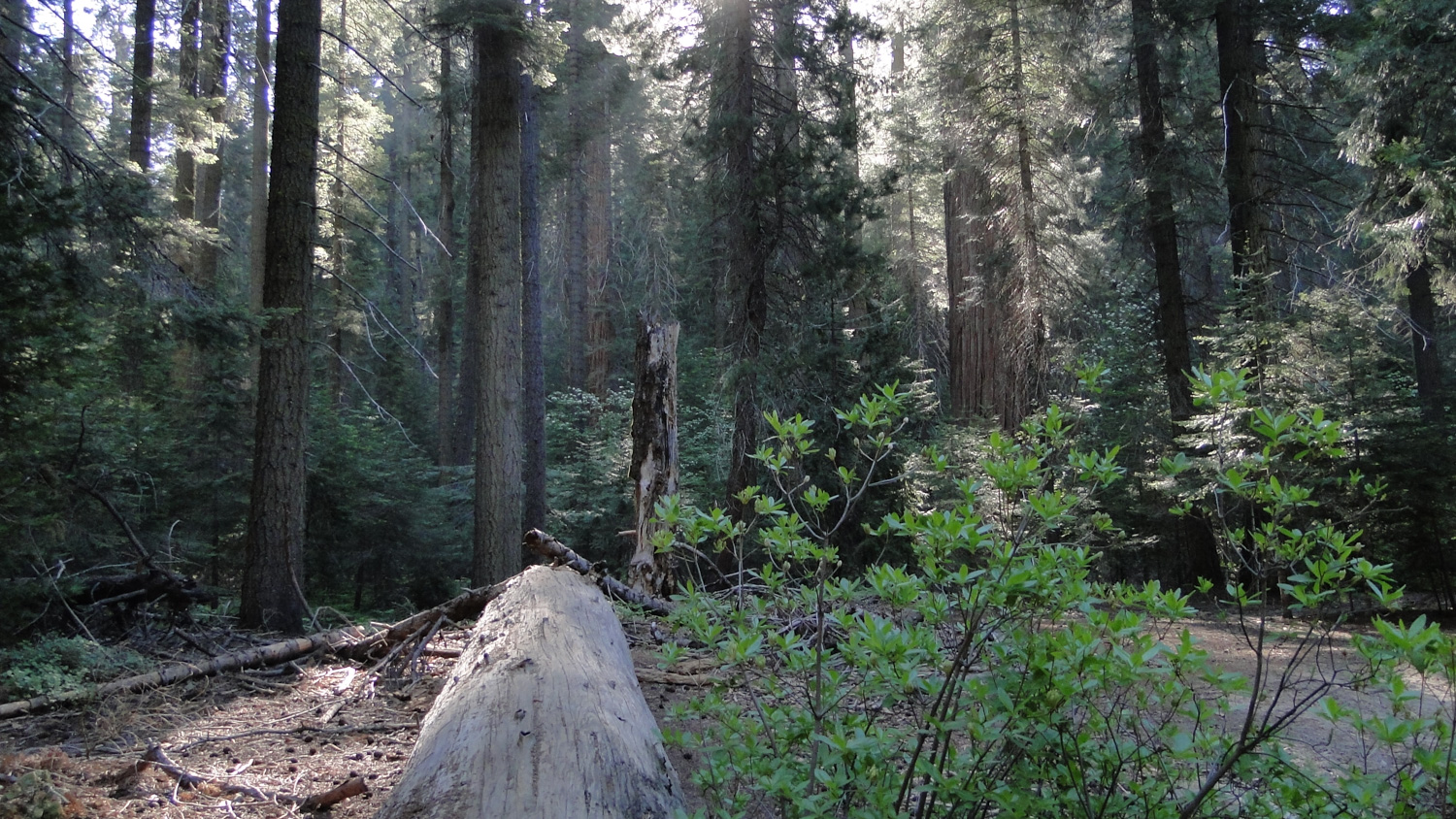 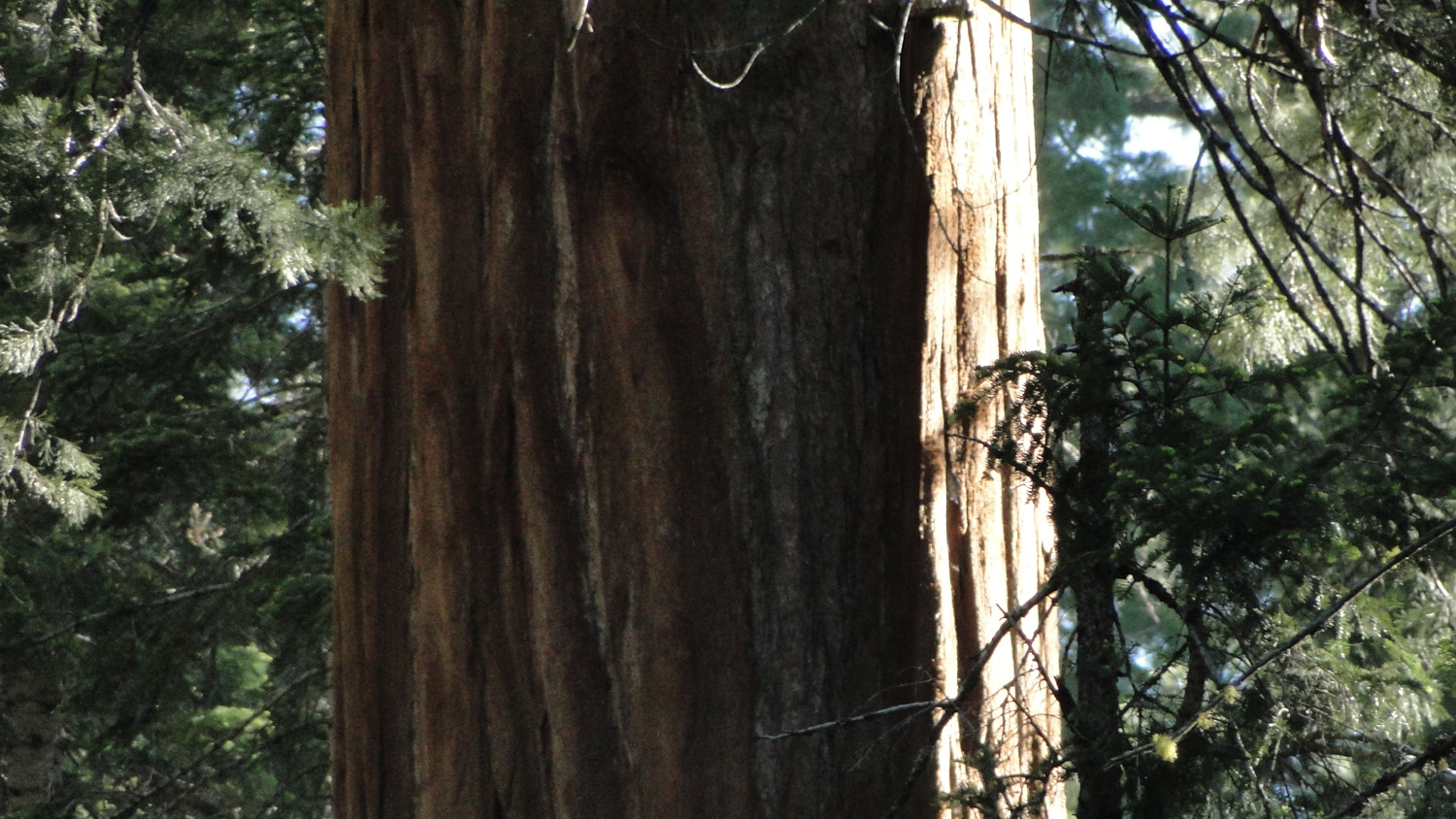 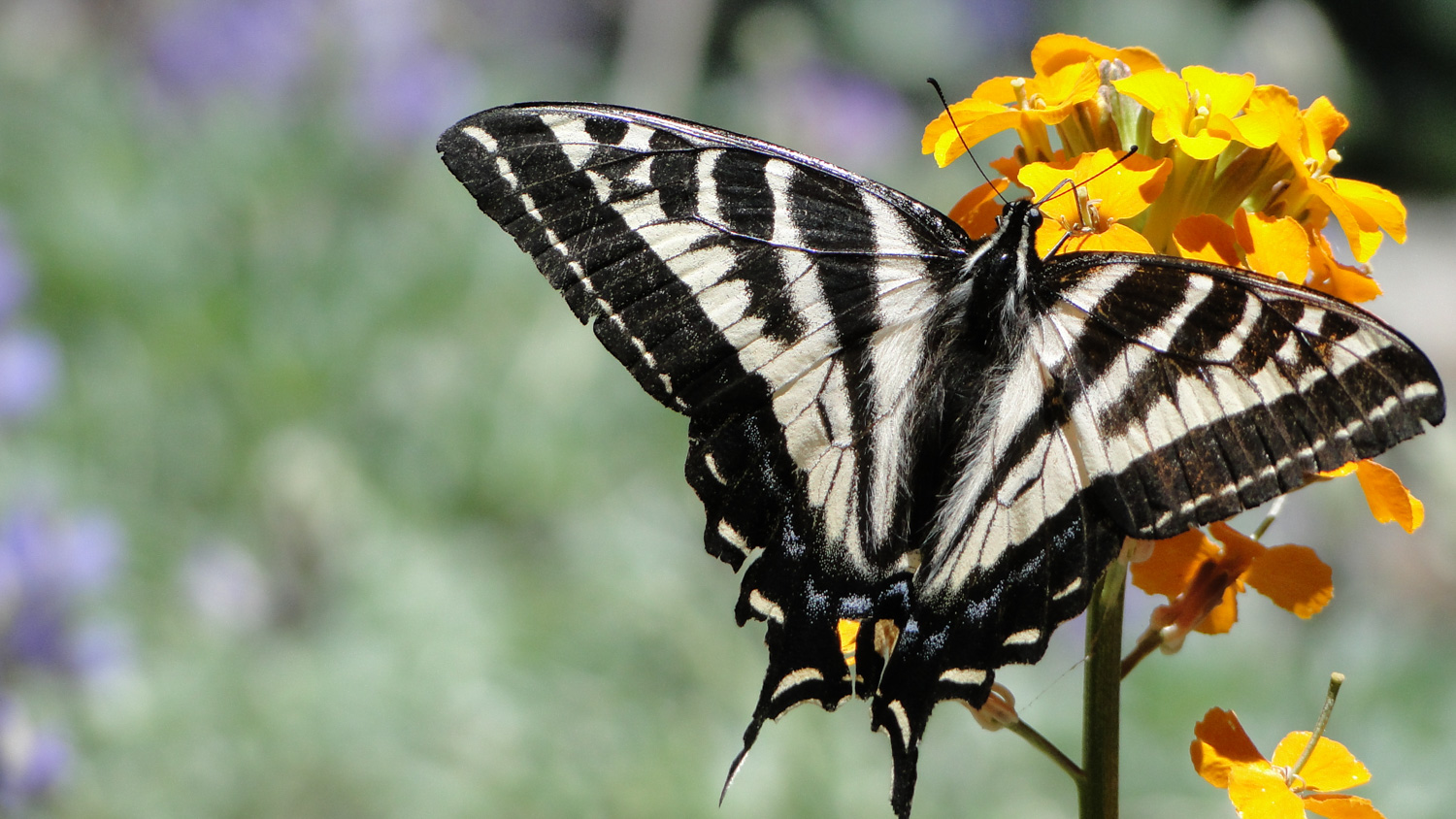 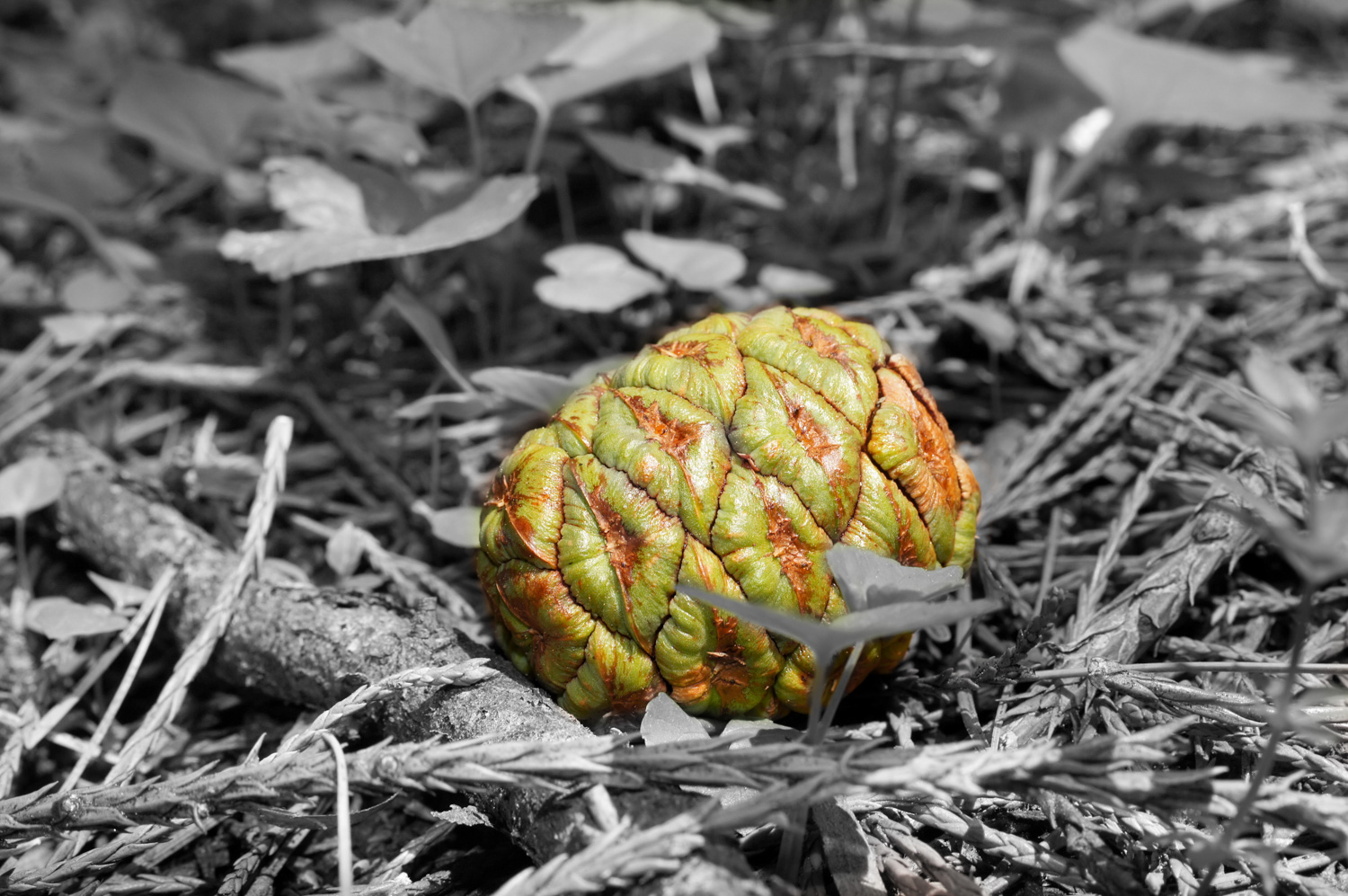 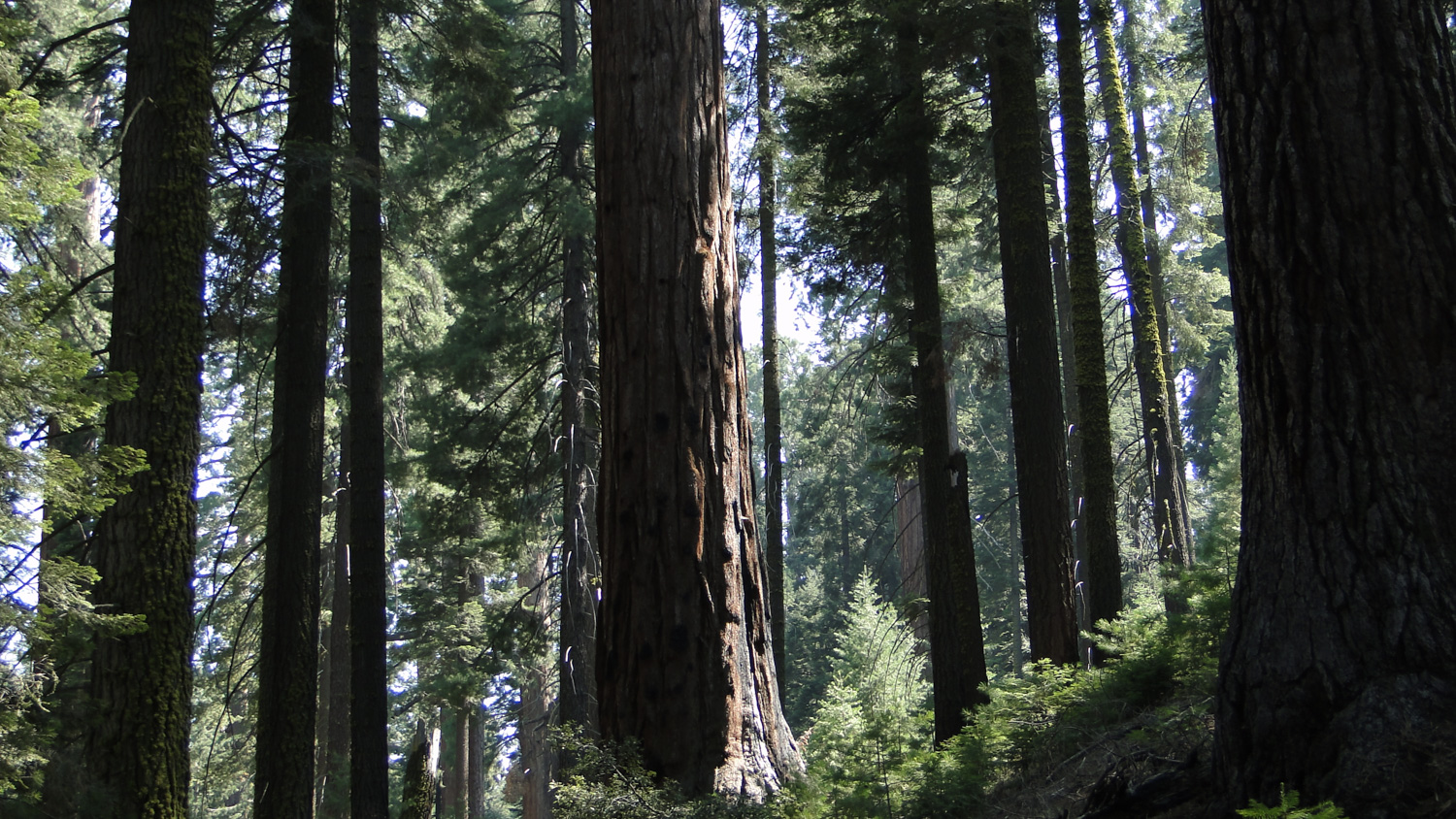 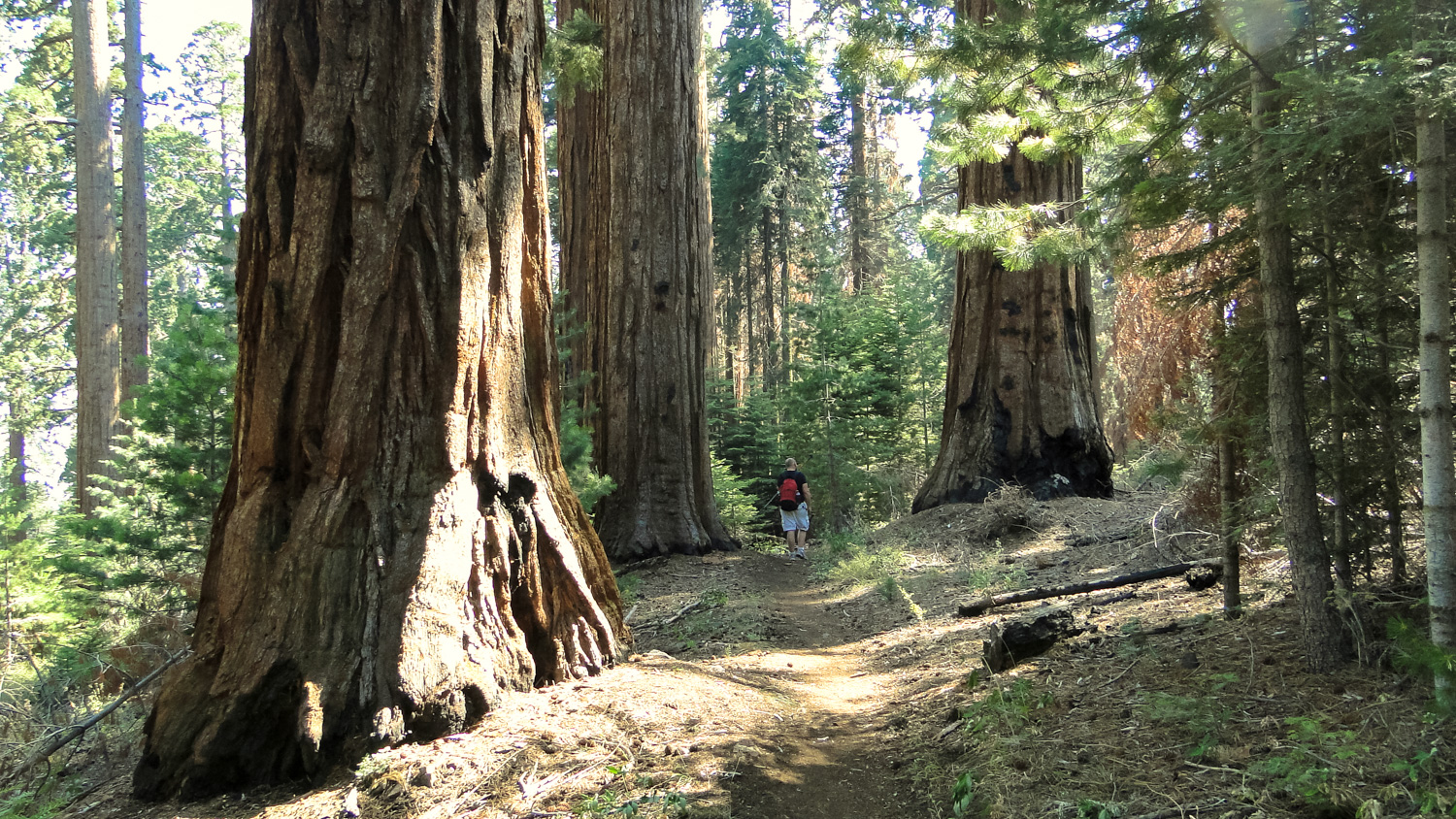 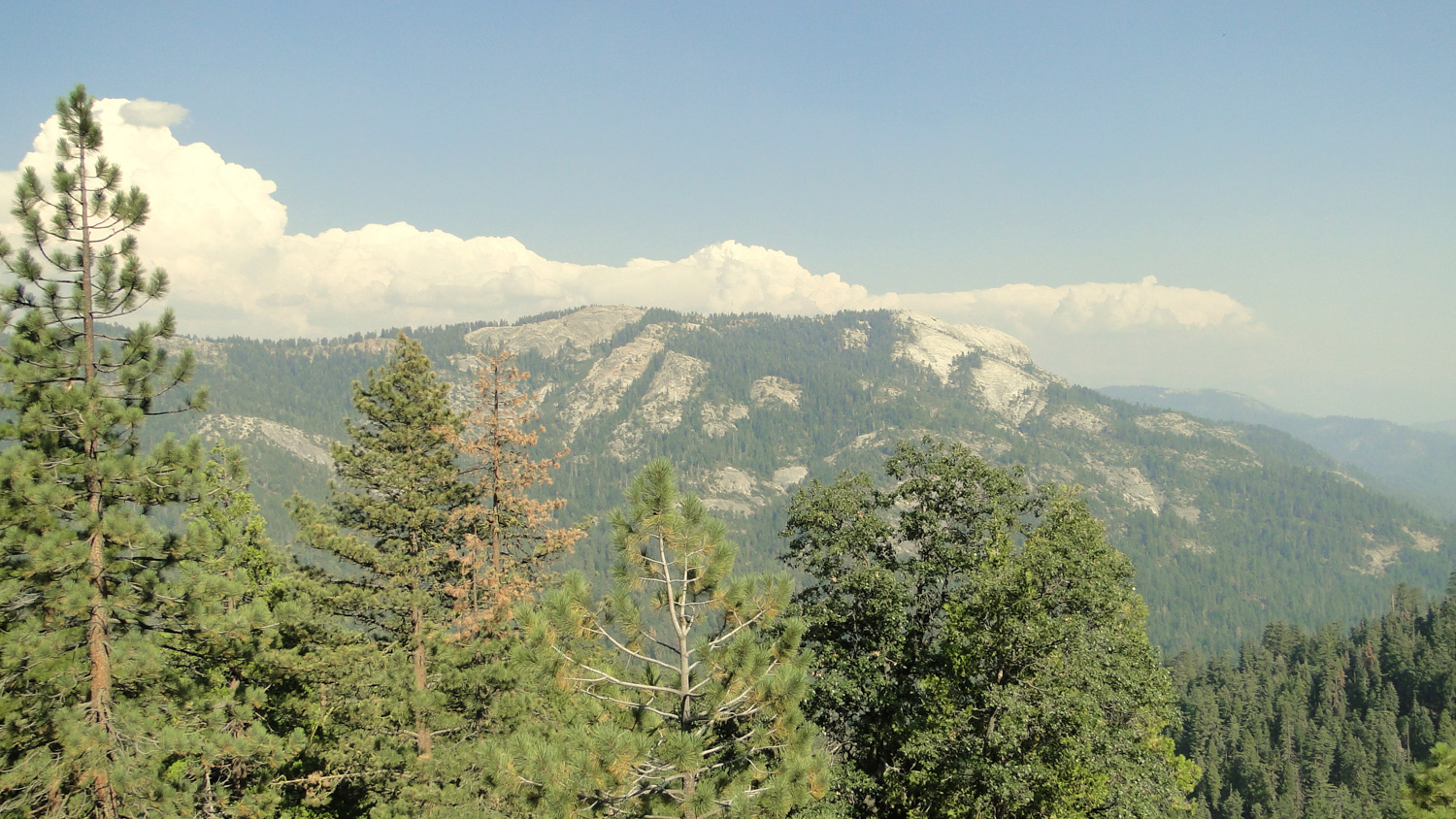 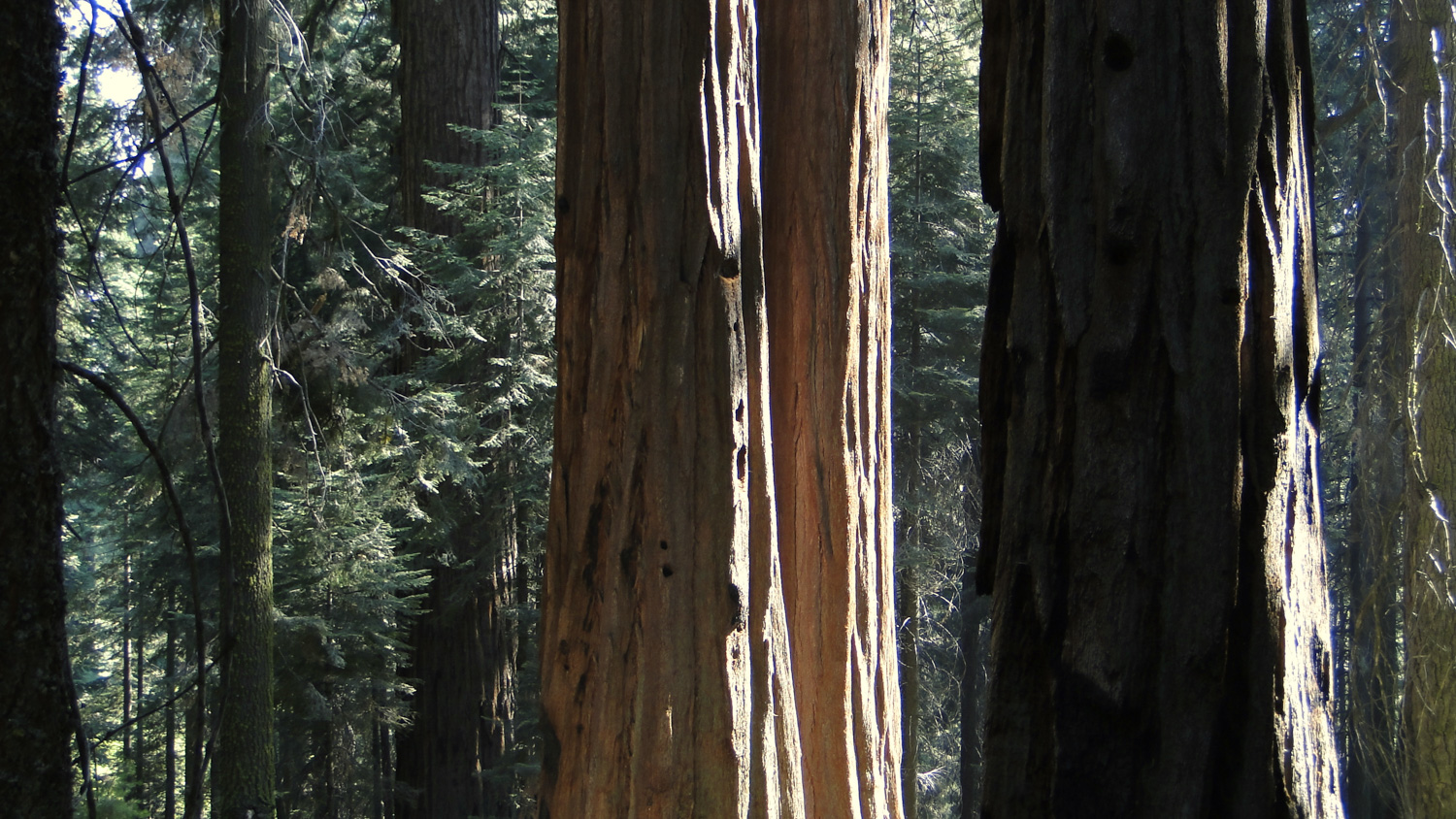 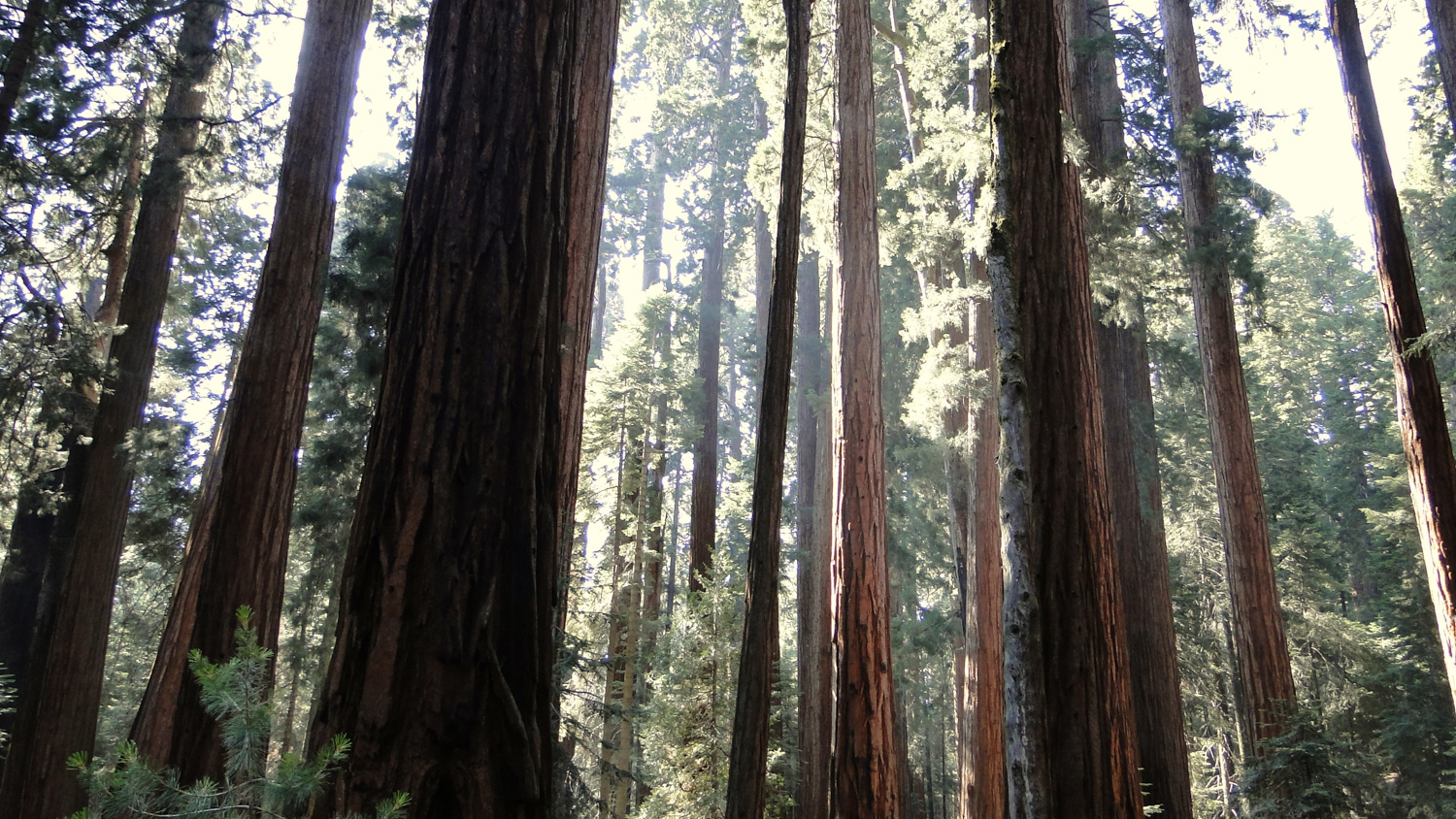 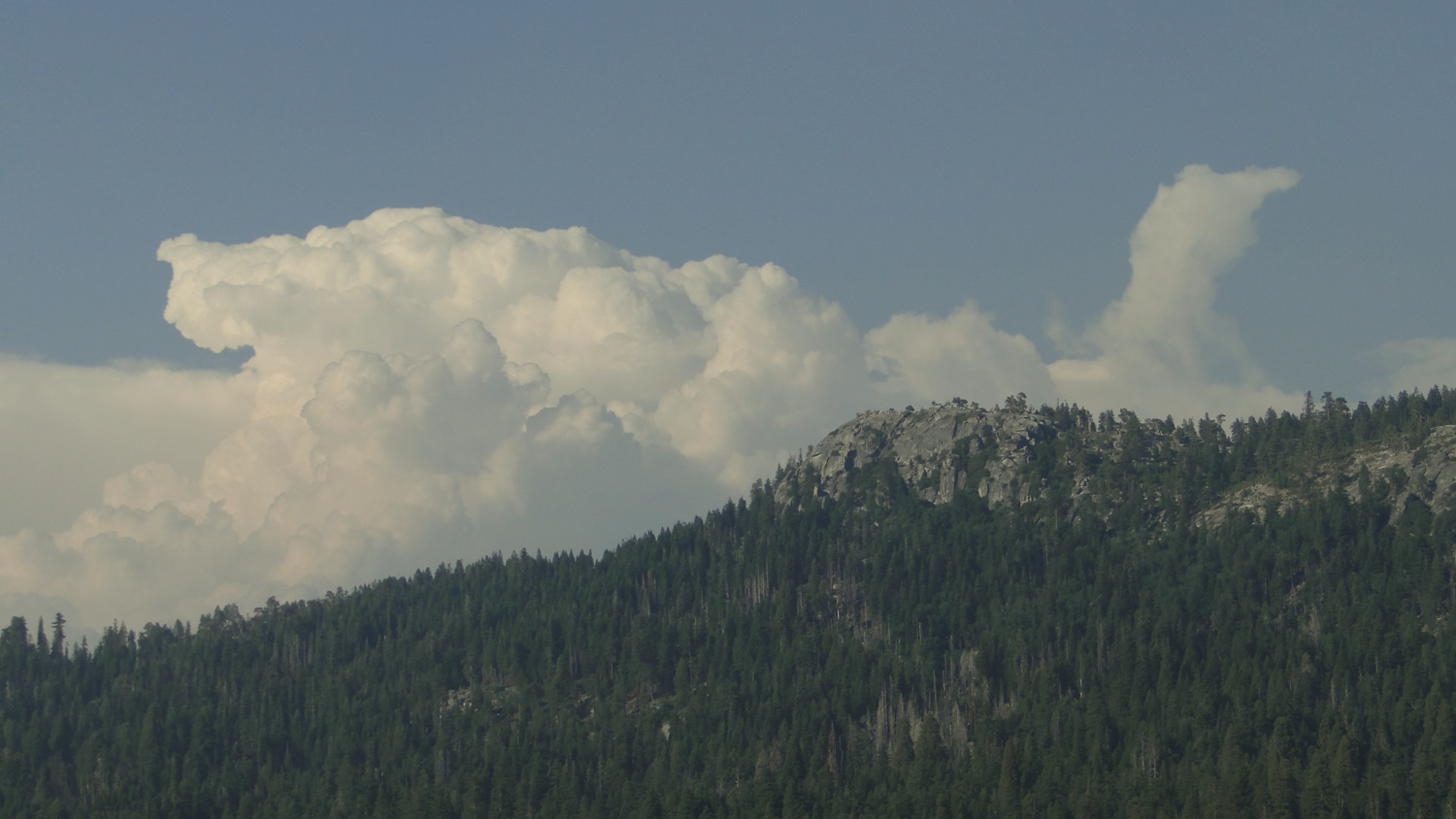 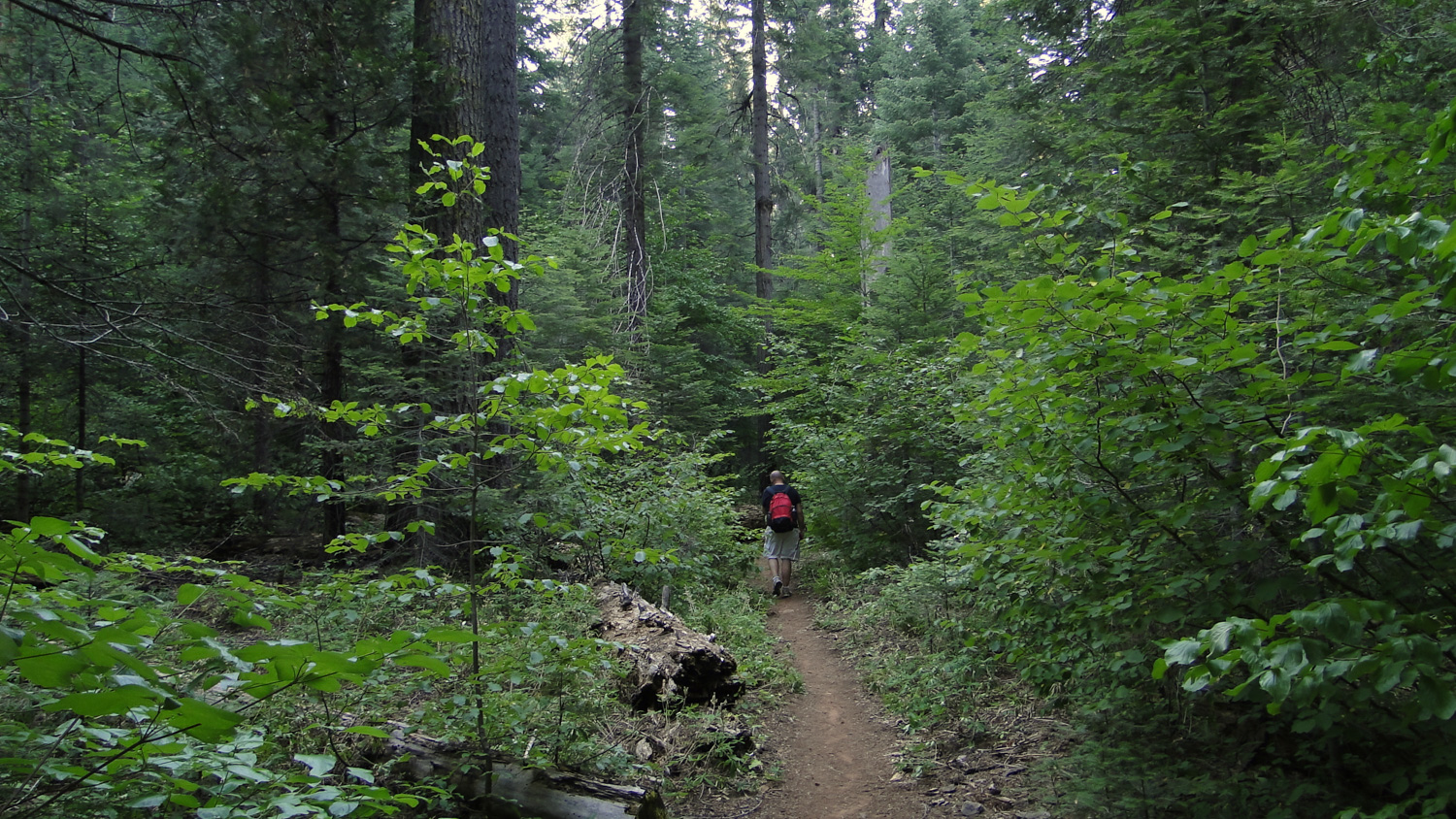 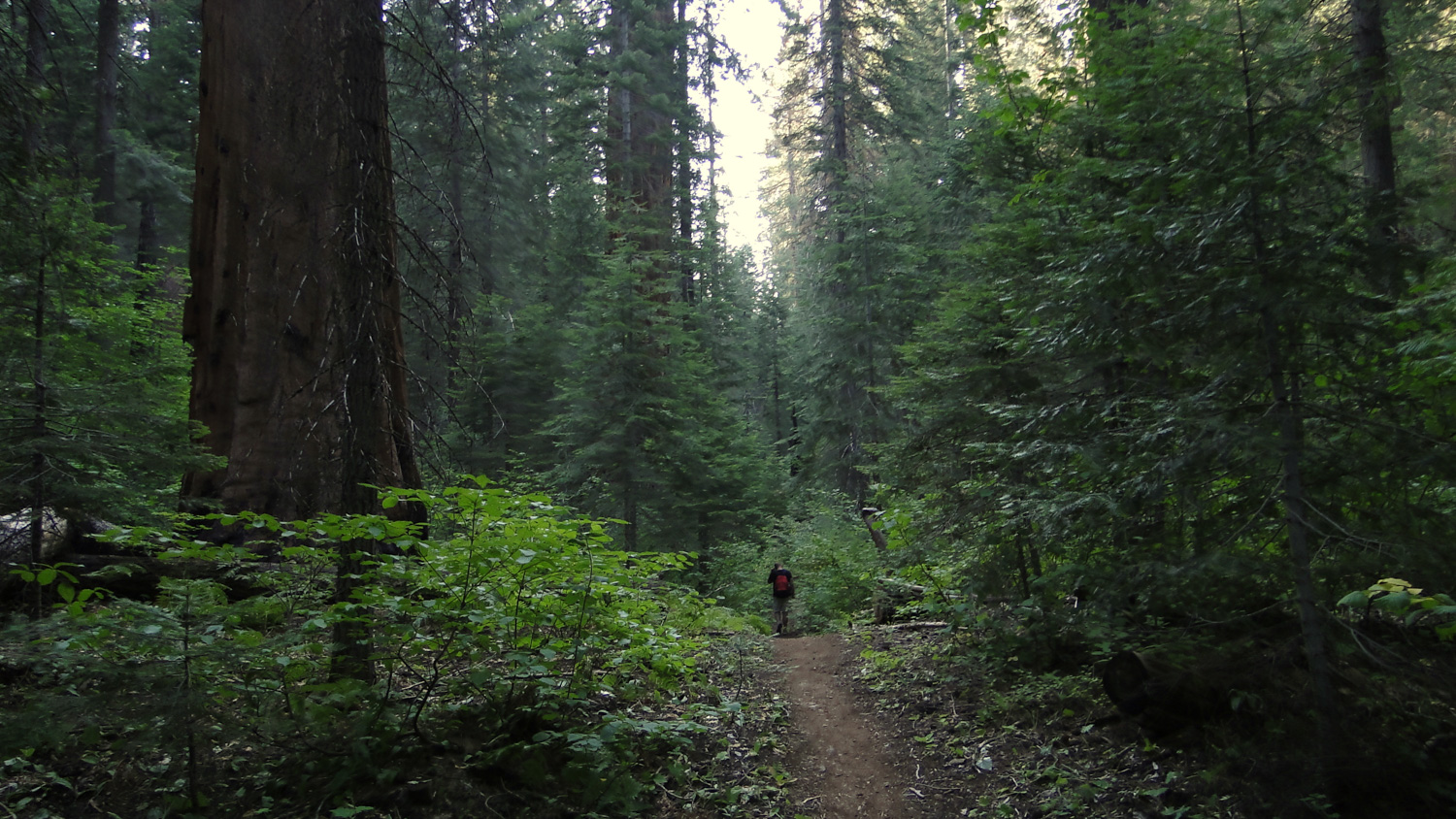 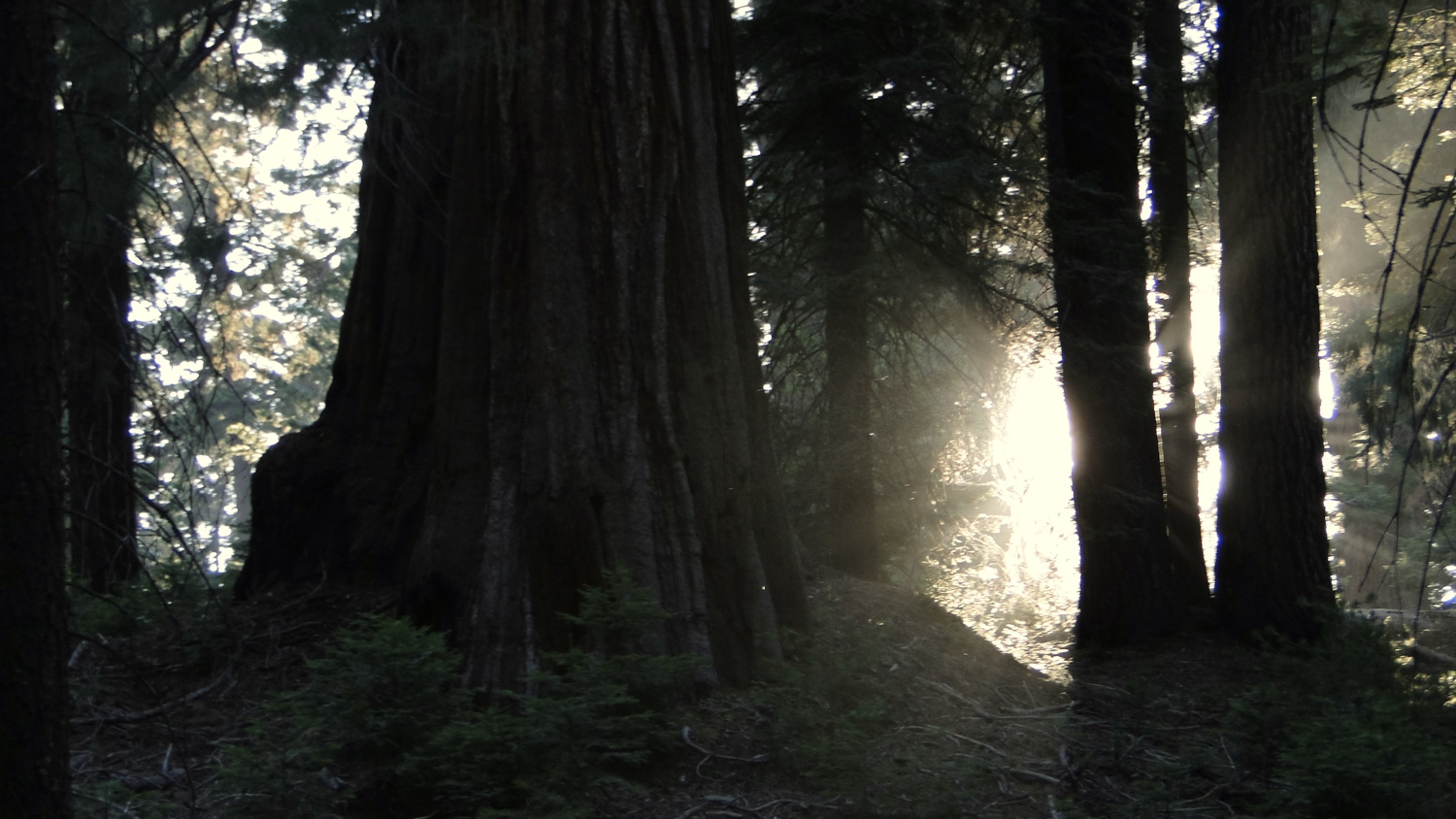 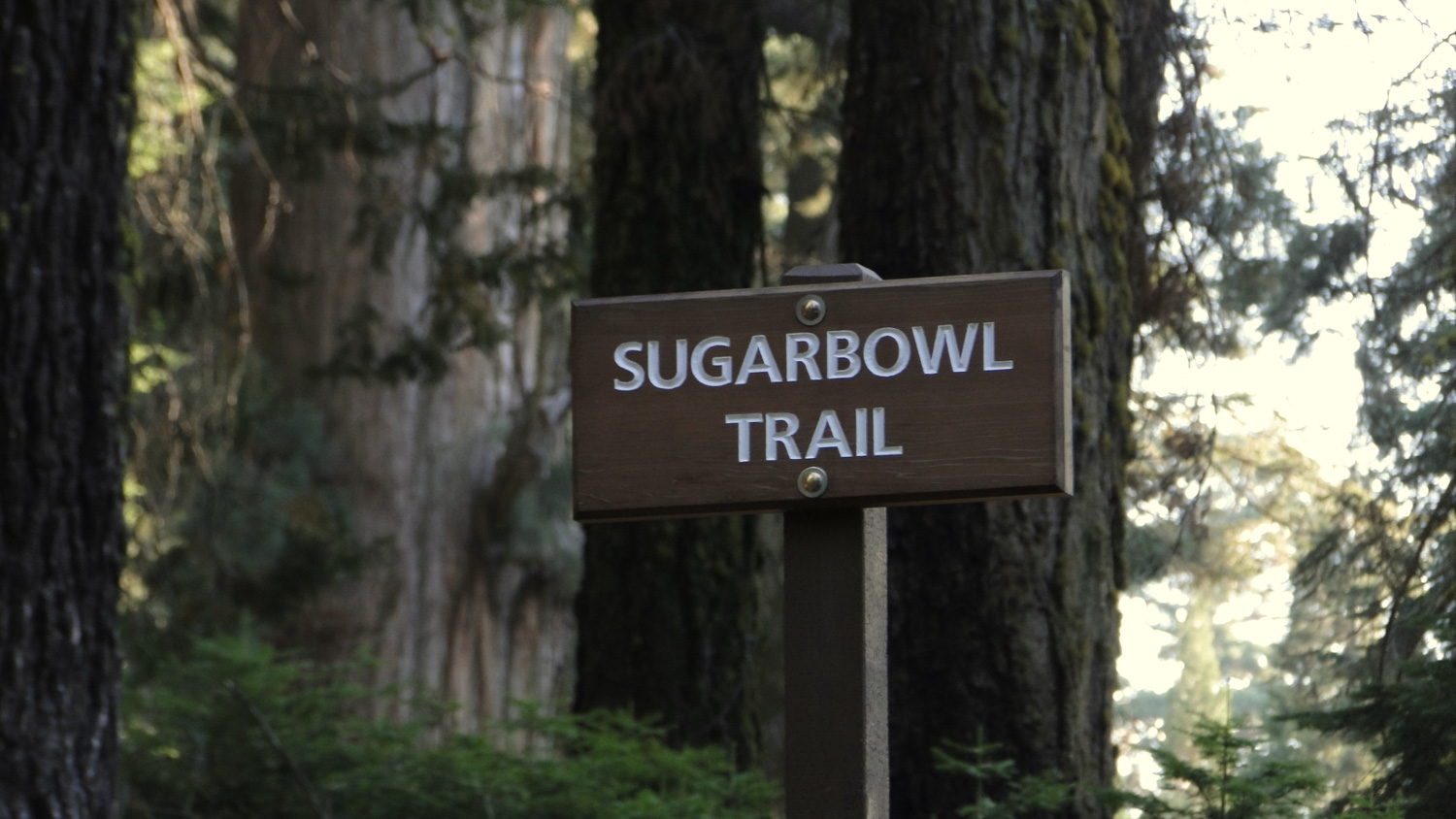 The trail is smooth and soft in most places, but gets a bit rocky on some of the south-facing slopes.

There abundant campsites nearby, including the Grant Grove area campsites detailed by Hipcamp. Additionally, the nearby campgrounds around Big Meadow and the Stony Creek Recreation Area are alternative options on National Forest Land.

From Fresno, take Highway 180 east toward Kings Canyon National Park. After passing through the park entrance, take a right on Generals Highway and travel south toward Giant Forest. The dirt road to Redwood Meadow will be on the right side of the highway, directly opposite of the road to Big Meadows. Turn right and follow the dirt road 2 miles down to the Redwood Canyon parking lot, which will be off to the left of the main road.