When it comes to rivers in Southern California, most people envision concrete channels carrying the Los Angeles River past some of the rougher parts of downtown Los Angeles. Some people envision the San Diego River acting as a refuge/battleground for homeless folks as it passes through the offices and shopping centers of Mission Valley. And perhaps others imagine the San Gabriel River with its random concrete Bridge to Nowhere before it gets swallowed up by reservoirs and flood channels. Any image of a river in Southern California cannot be separated from the man-made “improvements” imposed in the interest of expanding the urban landscape. 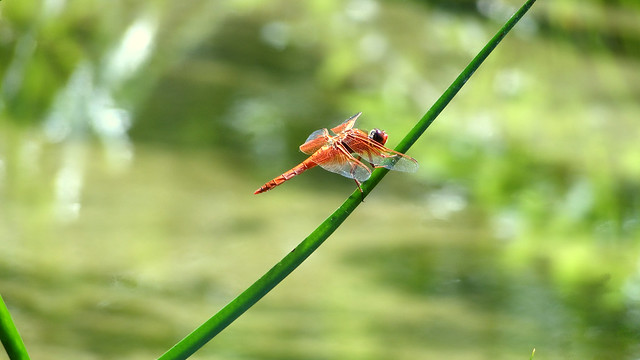 However, there is one river that remains relatively untouched. The river maintains its relatively untrammeled existence both to the presence of nearby Camp Pendleton and the relative remoteness and inaccessibility of the landscape through which it travels. Of all the rivers in Southern California, only the Santa Margarita River remains undiverted, unchanneled, and un-dammed. 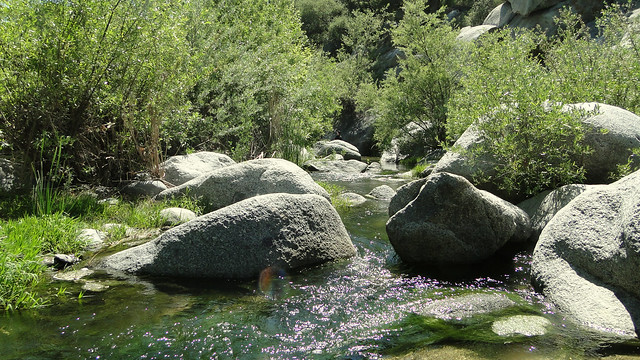 Of course, the river is barely a river by the standards of anything east of the Rockies. In fact, it pales in comparisons to the rivers that drain the Sierra Nevadas, unless there has been a raging storm to swell the river and cause it to overflow. The fact that it is designated a river may seem a technicality to some, as it is the main channel into which numerous creeks empty their contents before reaching the Pacific Ocean. In this instance, comparison with other larger rivers only serves to diminish your experience. Taken as it is, the Santa Margarita is a gem to be treasured. 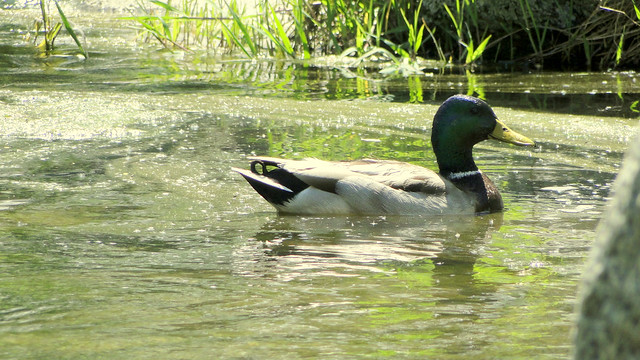 This hike will lead you along the river’s banks, through lush growths of wild grape vines and wildflowers, under the spreading boughs of live oaks, and along sandy shores where the water pools up and invites swimming on hot days. The hike presented in the GPS track above takes the hiker beyond what would normally be considered a turn-around point, and the option is yours to continue past what is an obvious place to lay out a beach towel and bask in the sun along the cool, crisp waters. 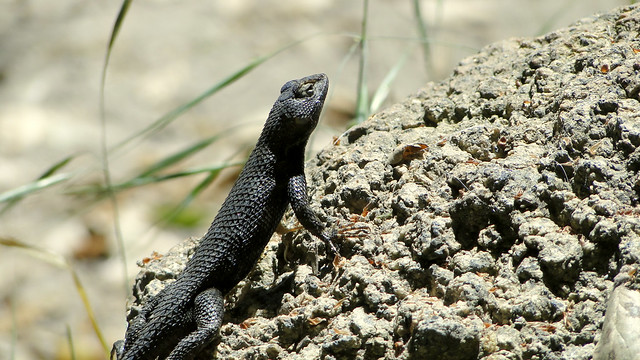 Starting at the trailhead, make your way through a gate and pass the information kiosk.  The trail wastes no time in finding the river itself, and you will pass above the river at eye level with the numerous cottonwoods and willows that find their sustenance from the ever-flowing water. Cottonwoods and willows both turn a bright orange in late fall, and remember that this might be a good opportunity to glimpse the few fall color shows present in Southern California. 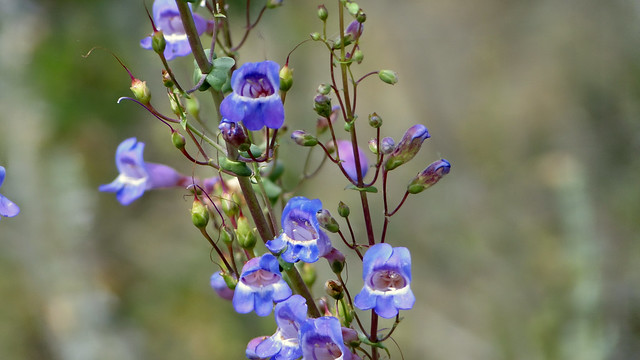 After passing a few tricky passages of trail washed out by flooding, the track evens out as it passes through a long corridor of oak trees.  Shade from oaks also means poison oak, so be wary of its presence. As you walk along, you’ll notice numerous use trails branching off to the left. These trails lead down to various waterholes or fishing spots frequented on weekends by locals. Any one of these places will be fine for a dip, but never forget about the poison oak nearby. 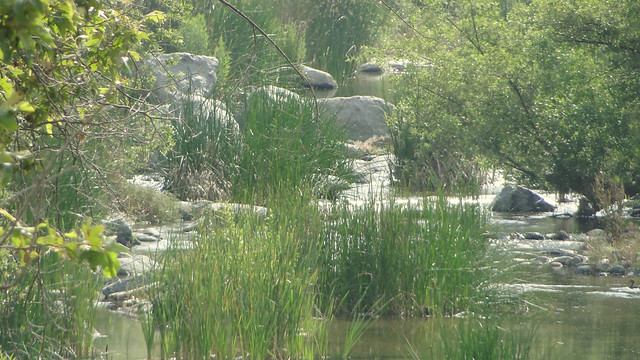 The River Beyond the River Crossing

It is also wise to invest in environmentally safe sunscreen should you decide to go wading in the water. As one of the last untampered watersheds (San Mateo Creek is another), the last thing the river needs is a glossy, rainbow-colored slick floating its way down to the ocean. These ecologically sound sunscreens aren’t quite as effective, but maintaining the health of this environment might just be as important as avoiding a sunburn. 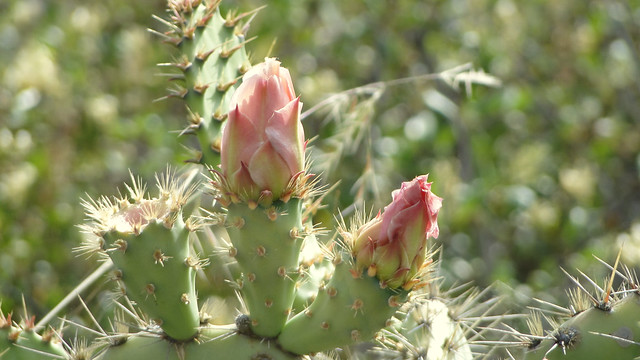 Be sure to ignore a trail branching off to the right that will take you up into the hot chaparral. You might also notice a trail designated for horses directed toward the river. Ignore it, too. Staying on the main path, you will eventually find yourself at the sandy banks of the river in an open, sunny spot. This spot looks ideal for sunbathing and splashing around, and it marks the 1.5 mile point of the trail. For most people, this is a great place to stop, rest, and turn around – which is particularly true if you are bringing children as they will have a blast playing the lazy, shallow waters while brilliant crimson dragonflies flutter about. 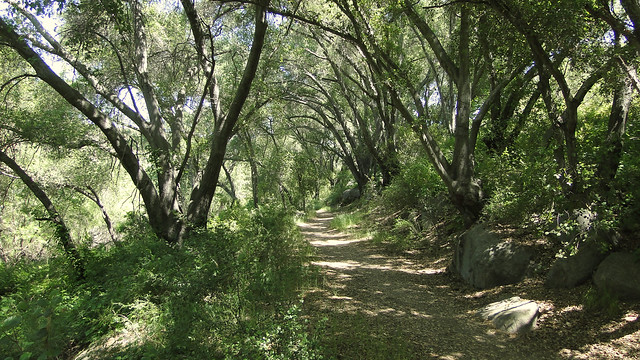 Trail Heading Toward the River Crossing

If you opt to cross the river, you will continue along the river’s north bank through more woodlands and lush patches of wild grapevine. The trail continues on for some distance, and when it begins to separate from the river, it’s probably best to turn back. There are some rewards for continuing on this way, but they aren’t comparable to what you’ll find over the first 1.5 miles. I recommend this purely for those looking for a longer hike. For those looking for a casual hike and a splash in the river, look no further than the first 1.5 miles. 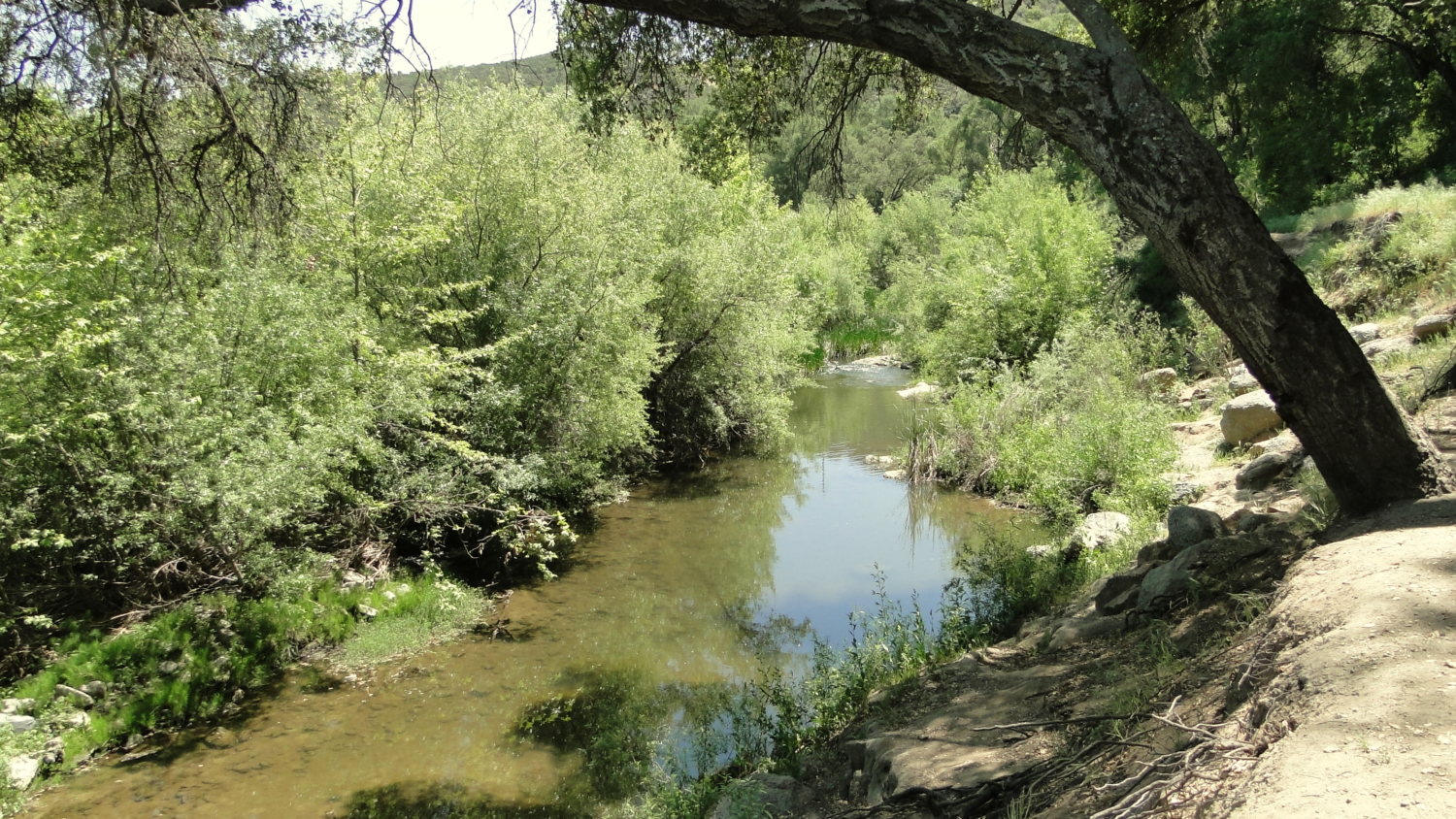 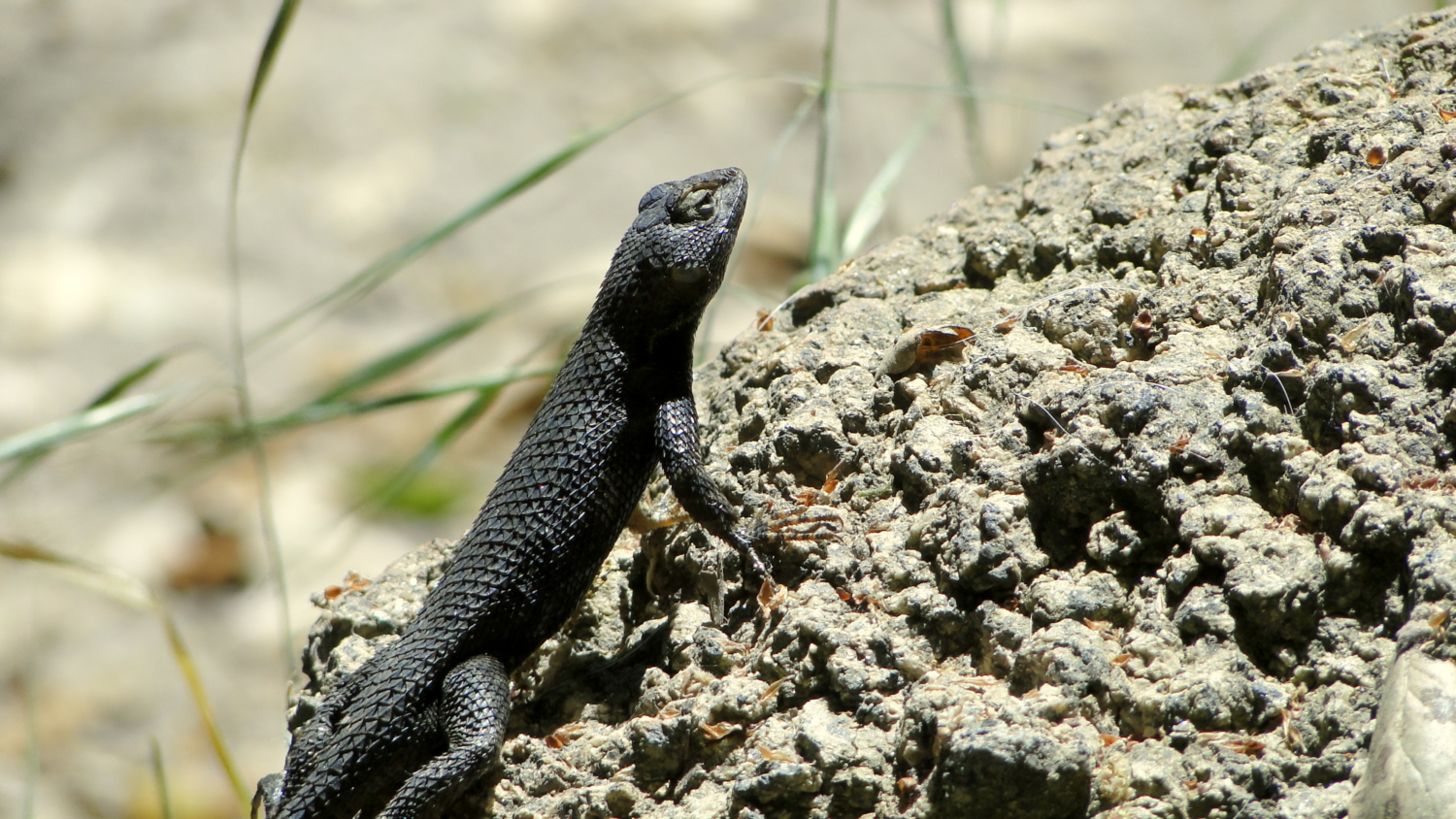 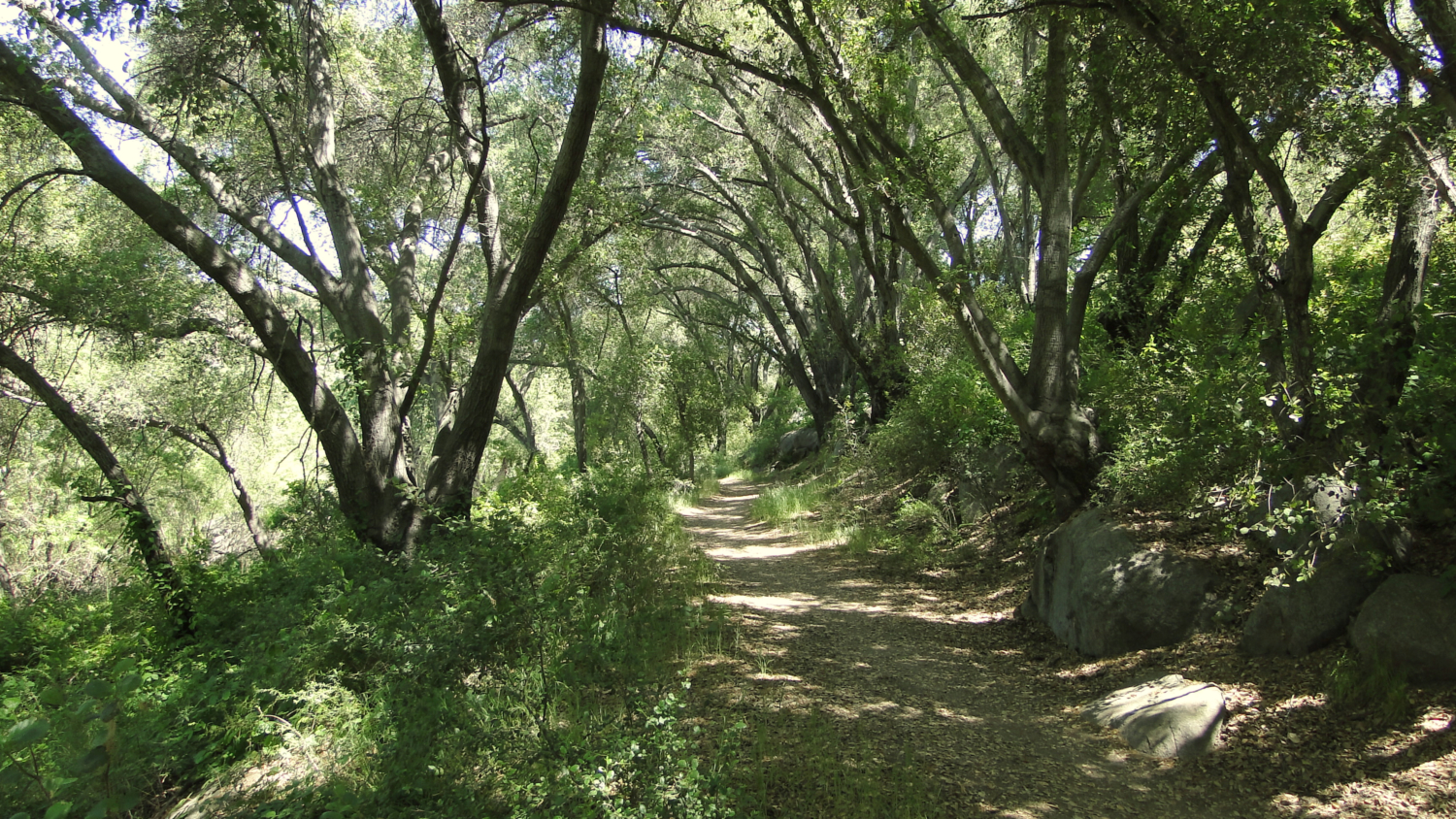 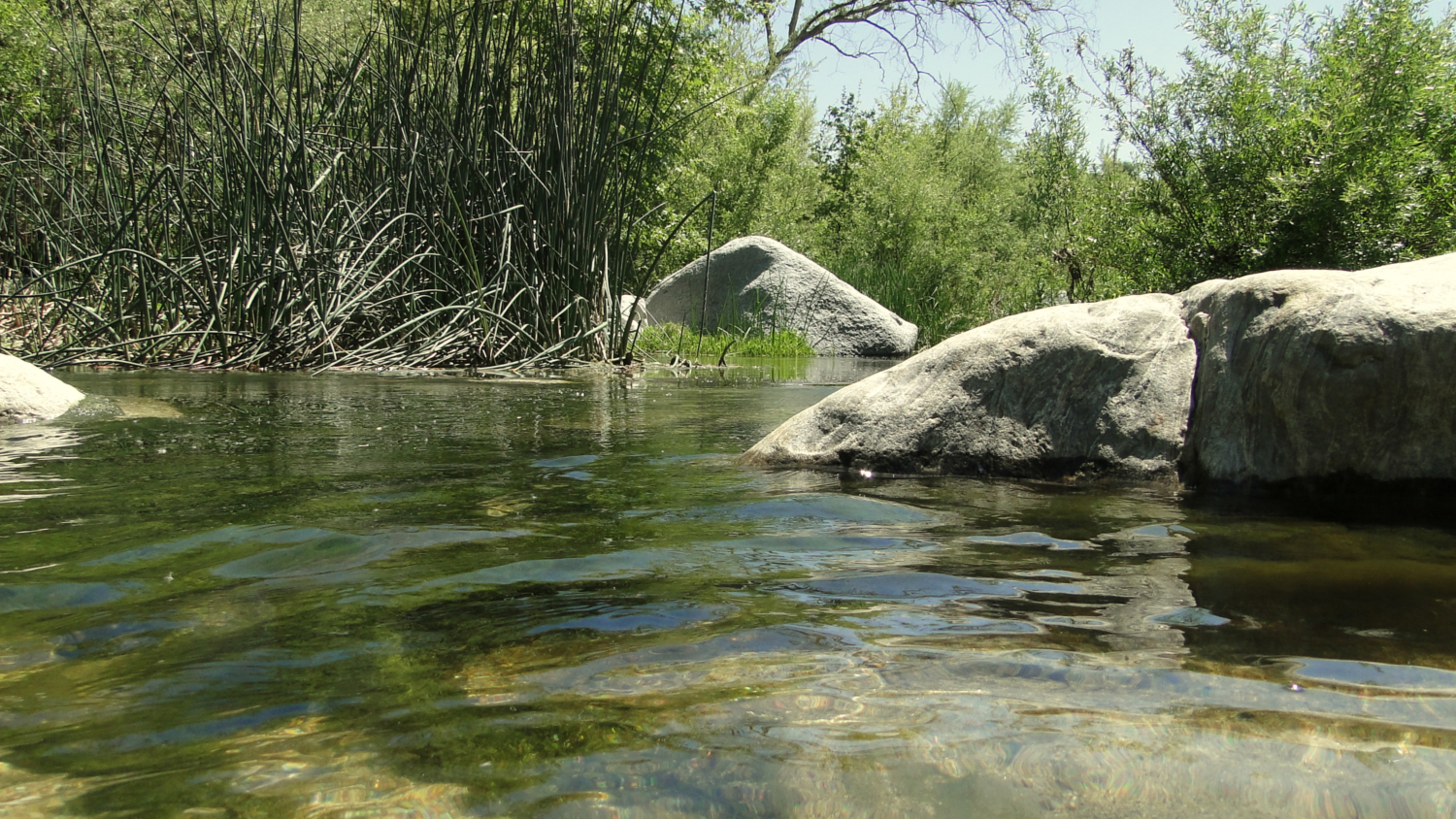 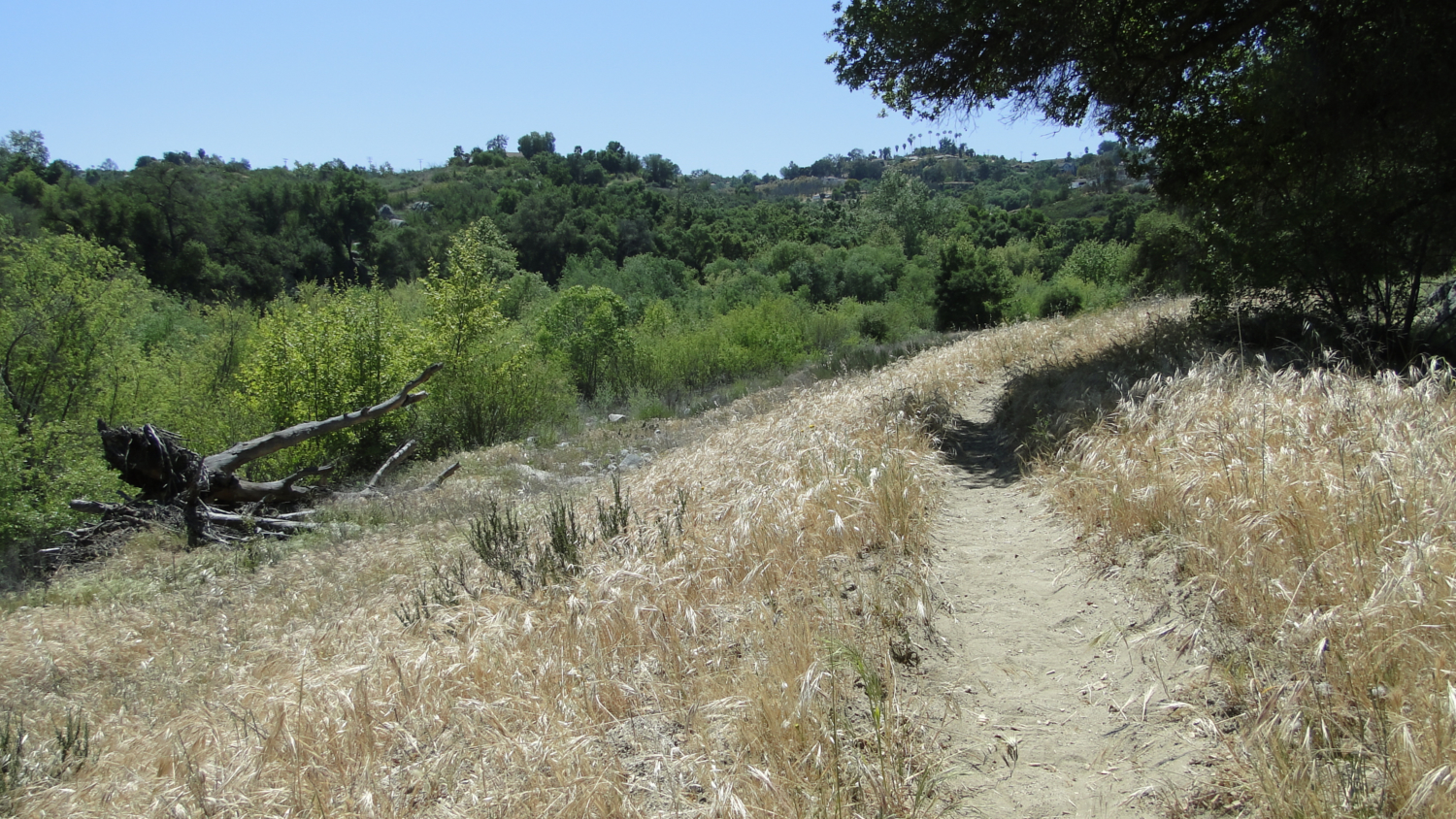 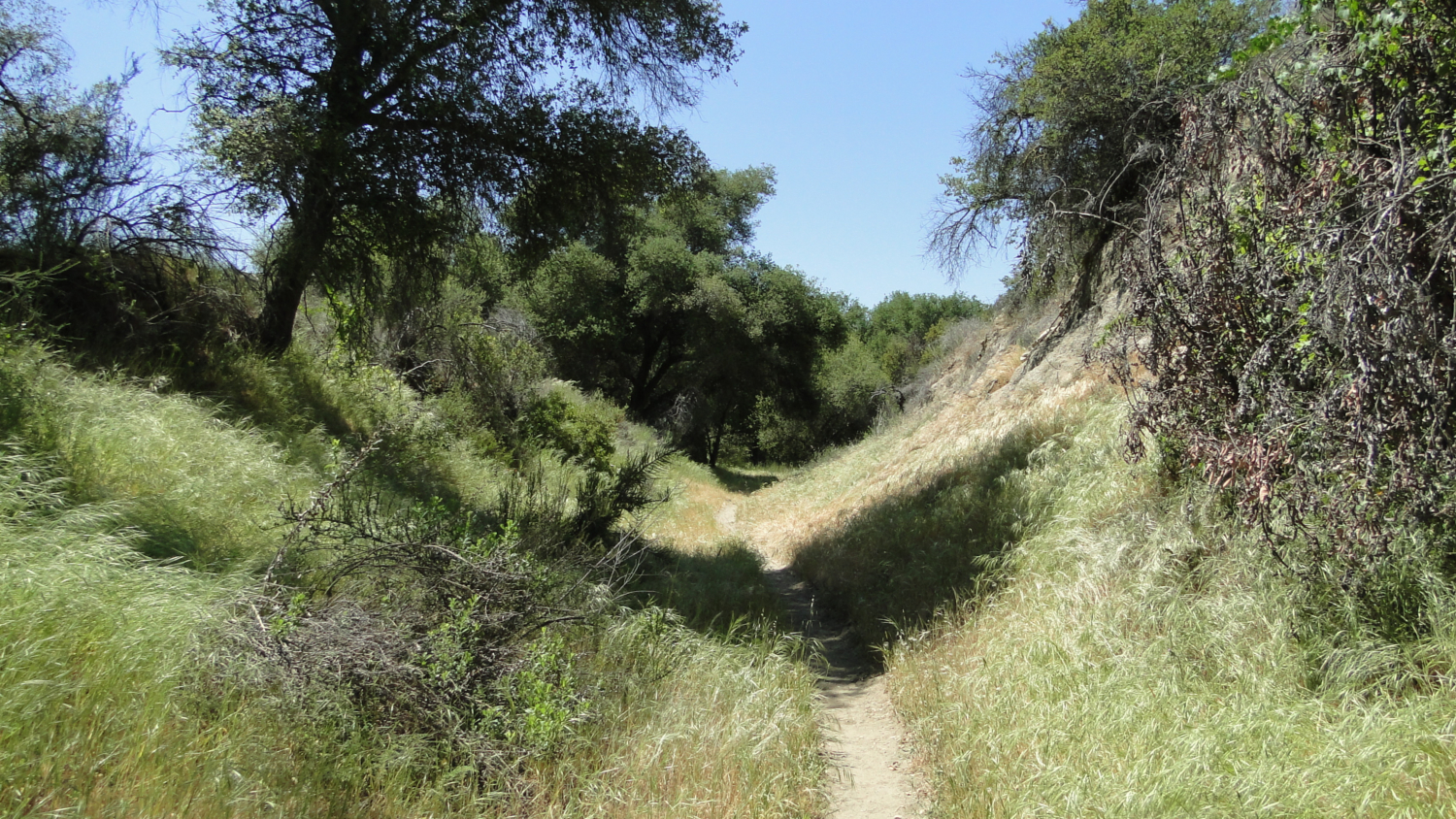 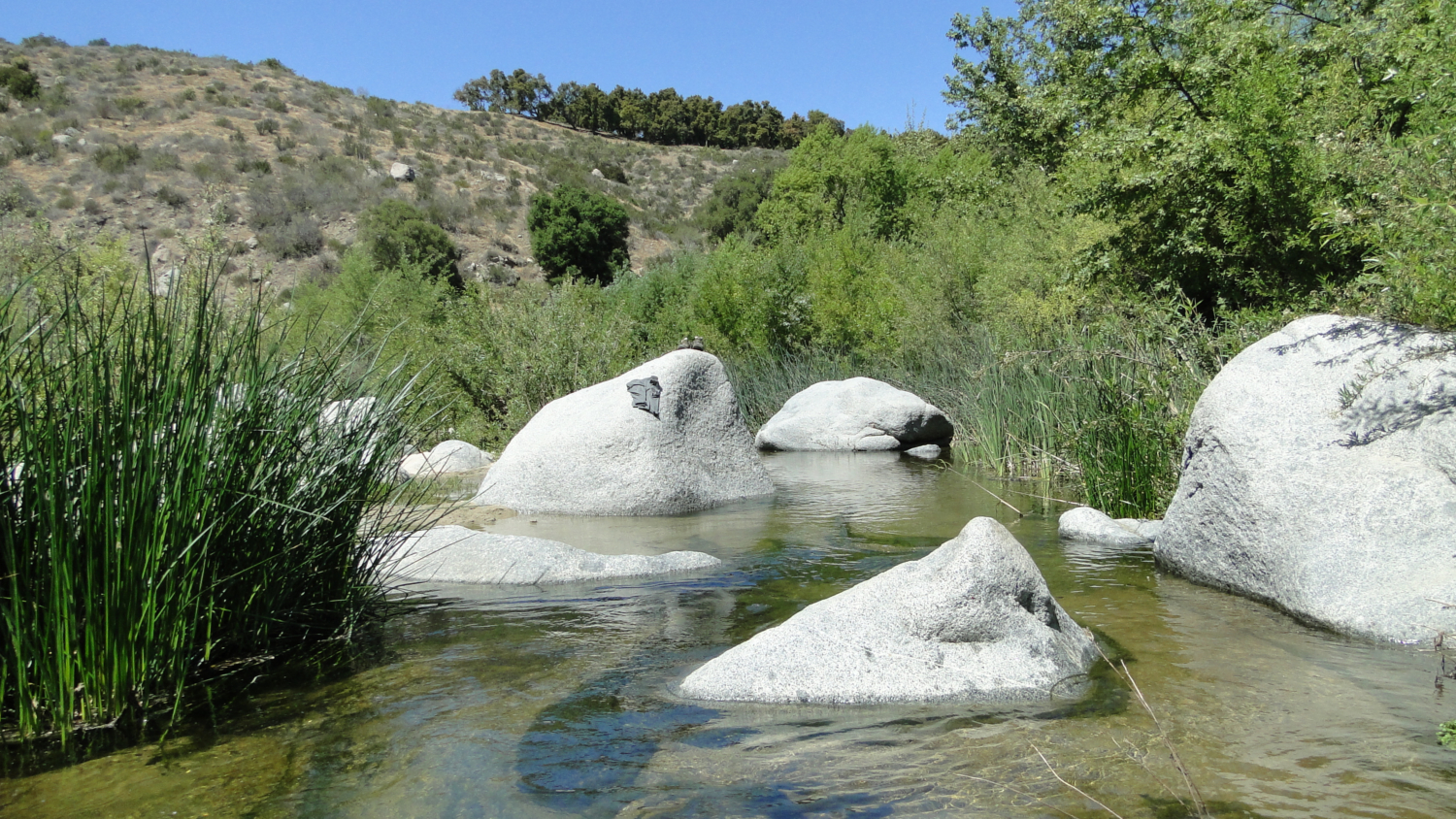 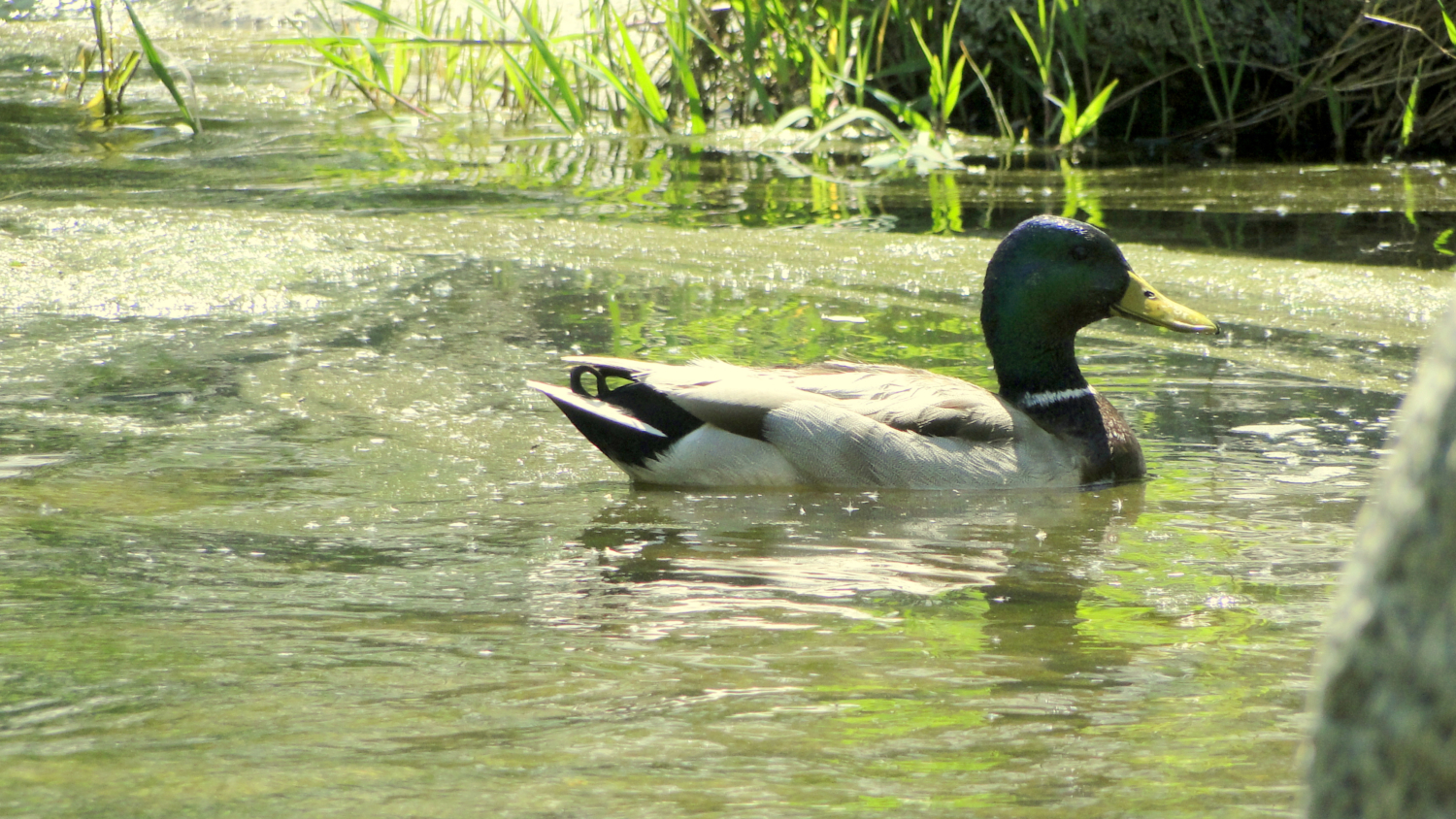 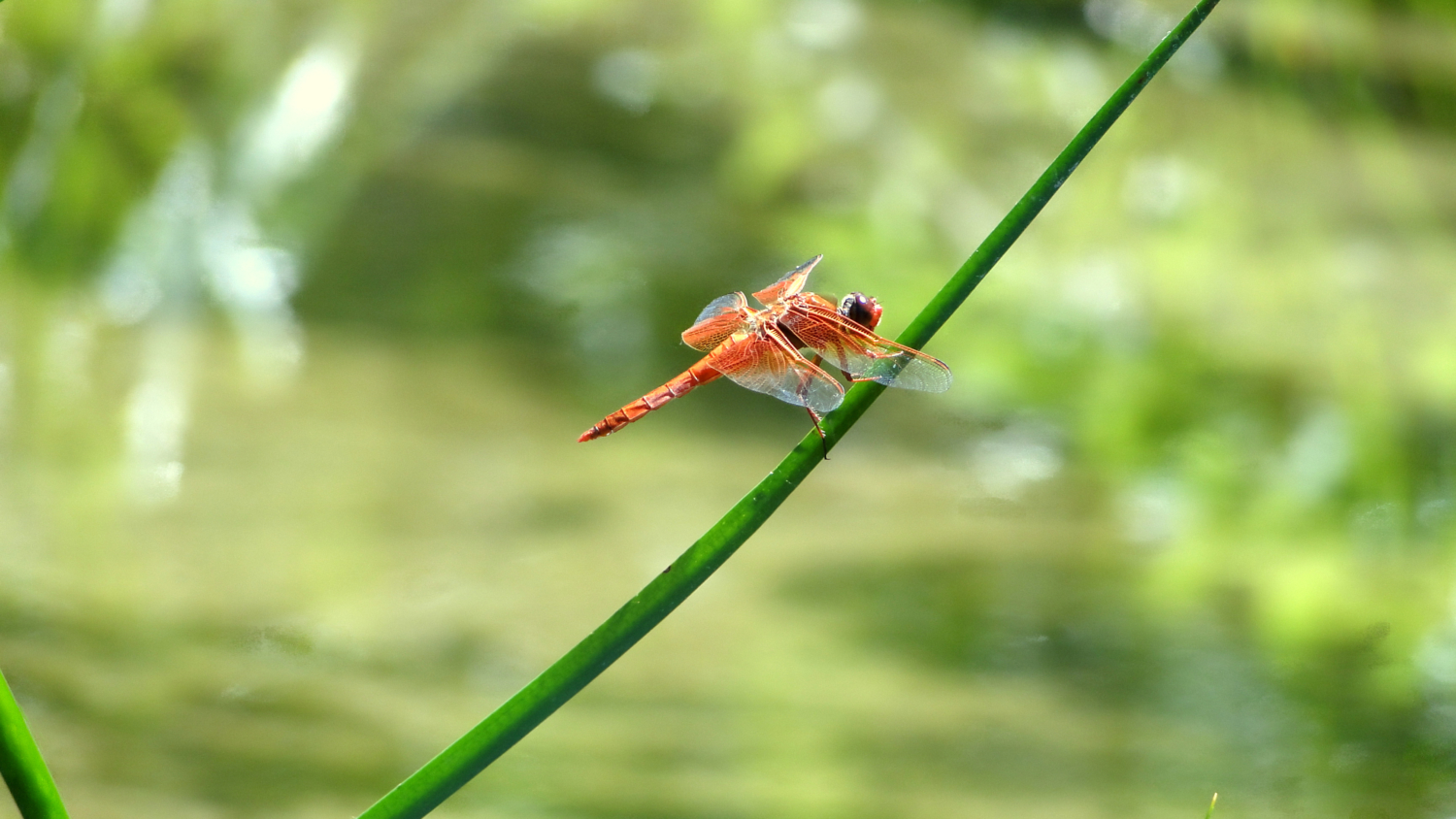 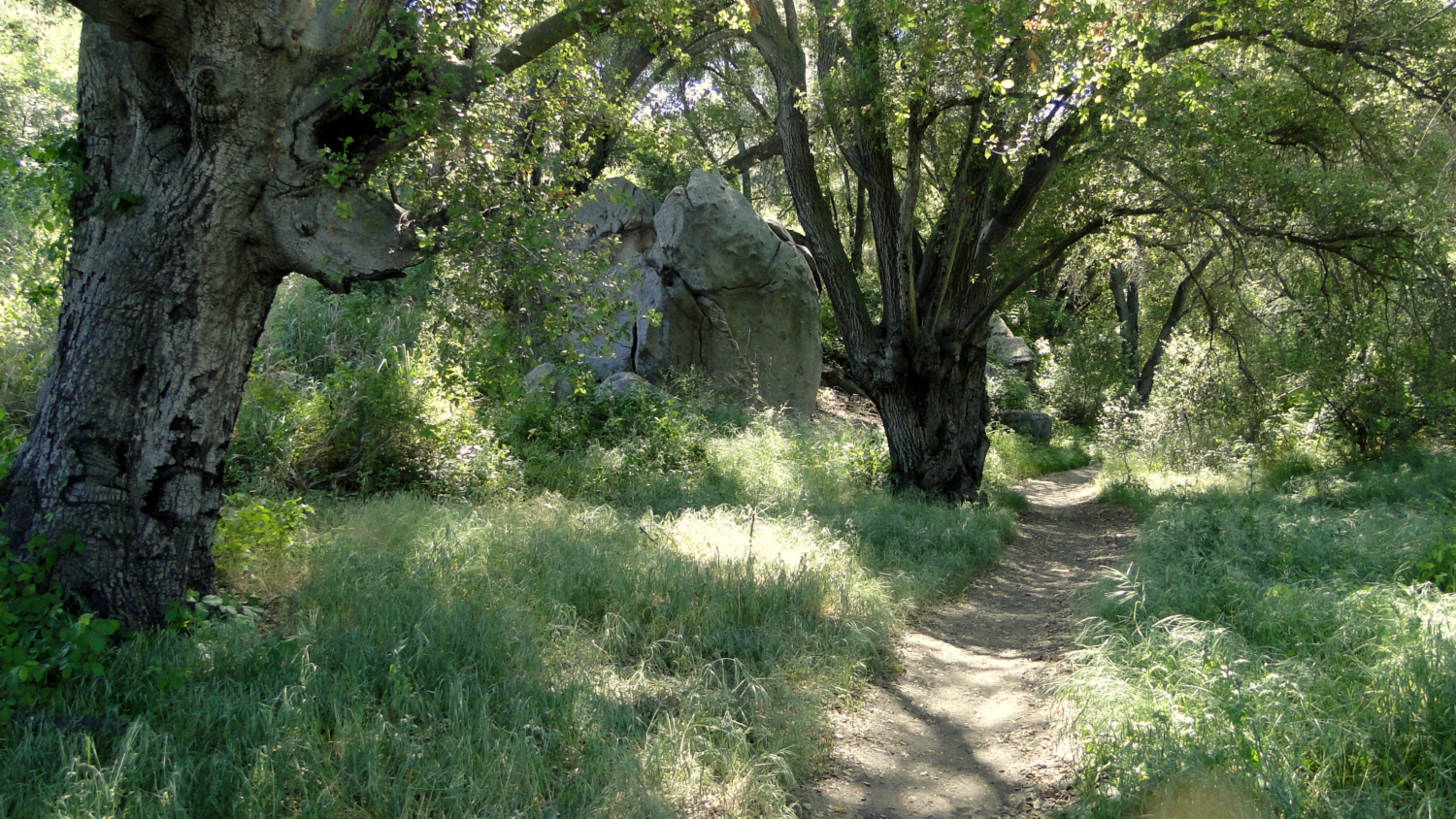 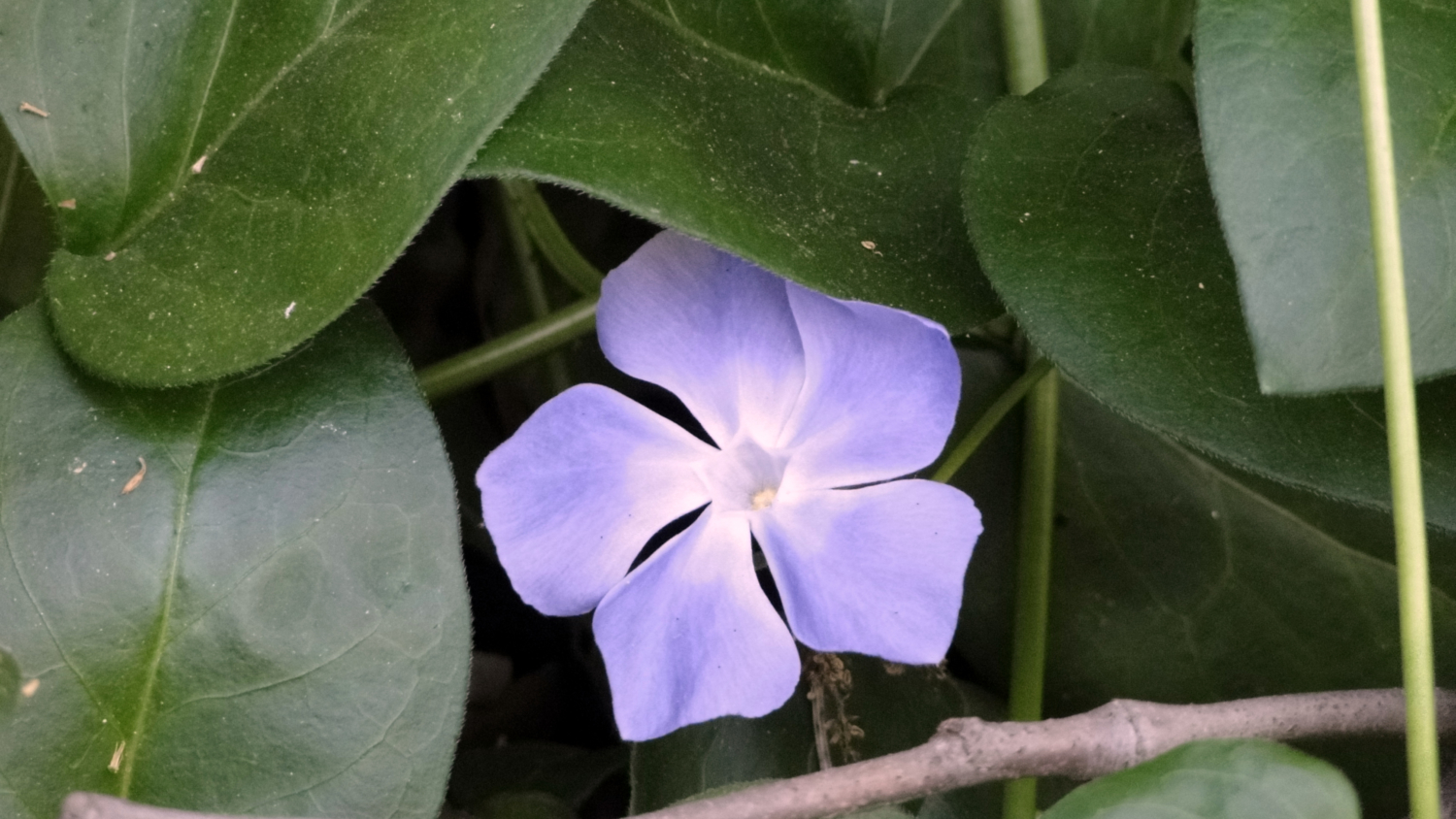 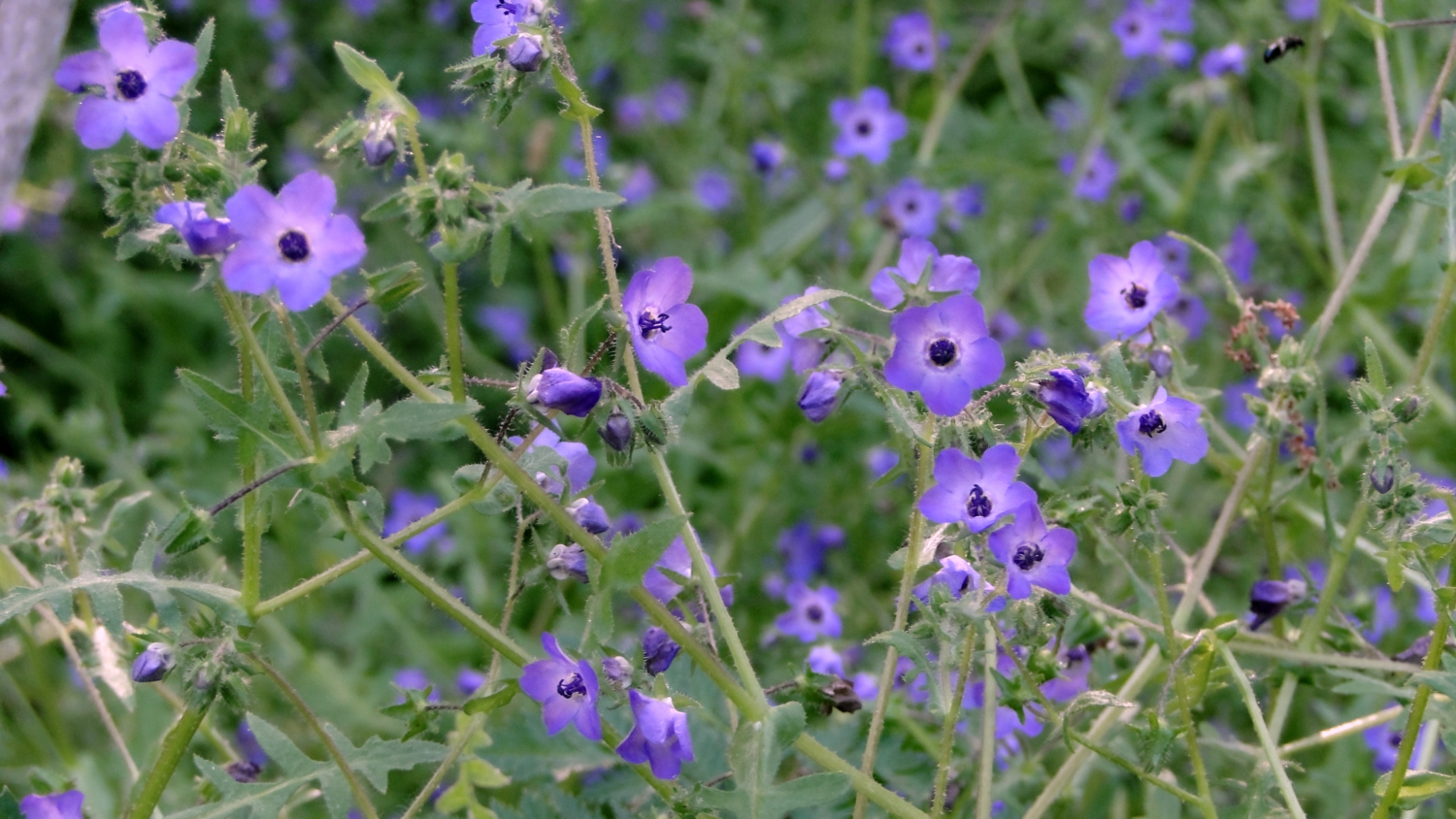 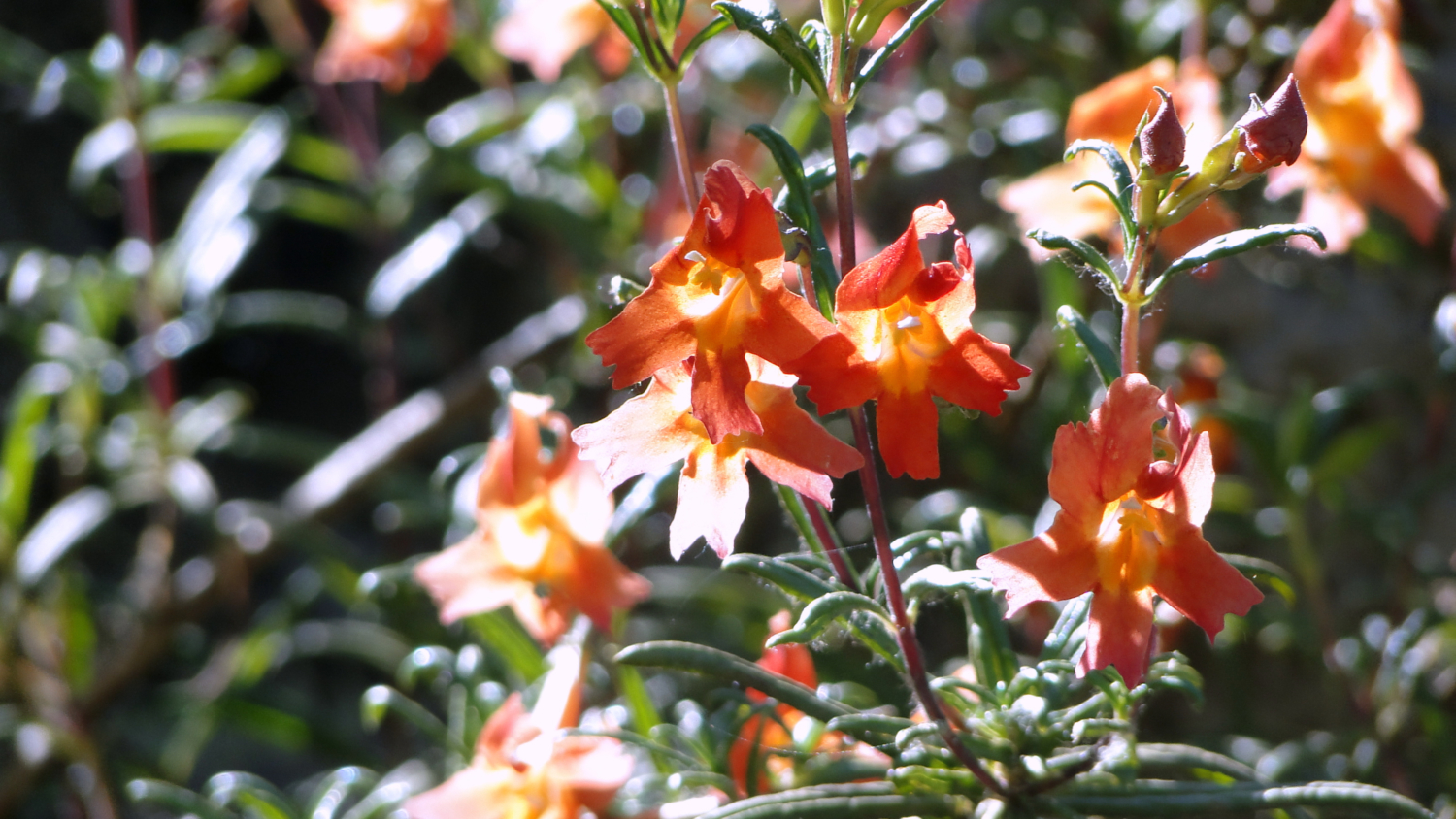 Trail is a little rough at a few spots where the trail has collapsed due to flooding. This leads to a bit of very light scrambling, which some might find uncomfortable. Also, poison oak is present on this trail from start to finish; know it by sight and avoid it scrupulously.

From I-5, take Highway 76 east and turn left on Mission Road, heading north. Take the first left onto Pico Road, which quickly becomes De Luz Road. Veer right onto Sandia Creek Road, and park on the trailhead just before the bridge.