Tahquitz Peak, sometimes known simply as “Tahquitz,” is a prominent peak crowning the South Ridge that hems Idyllwild into large bowl of Strawberry Valley. The peak features a National Forest fire lookout, and is the focus of Native American legend. The climb is a relatively moderate peak-bagging experience that offers tremendous views over the Inland Empire, the Desert Divide, the Santa Ana Mountains, and San Diego County. 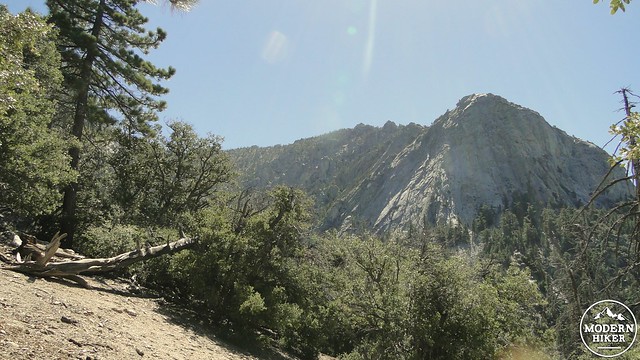 Tahquitz gets its name from a demon in Soboba Indian legend. The demon was rumored to make the area his home. The legend, as told by Ernie Maxwell (for whom a nearby trail is named), can be read here, and it involves a demon masquerading as a chief, a revenge attack on the demon, and a battle that shaped the natural formations in the area, including Lake Elsinore. When the demon was killed, the body was burned but the spirit escaped in the smoke and was said to reside in a cave in the San Jacintos. 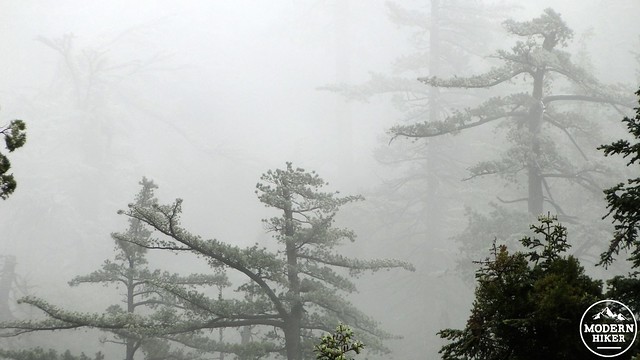 I did not see any evidence of smoke demons on my hike, but I did encounter a fire lookout that does its best to spot smoke of every kind. San Bernadino National Forest operates a seasonal fire lookout at the summit of Tahquitz Peak, which surveys a vast panorama of land throughout Riverside and San Diego County. The lookout is a fairly large structure that houses a bed, a stove, lookout gear, and a fair amount of comforts compared to the other lookouts in the area. The lookout is usually staffed during season, and occasionally volunteers will stay for numerous overnights to provide lookout coverage during the summer and fall fire season. 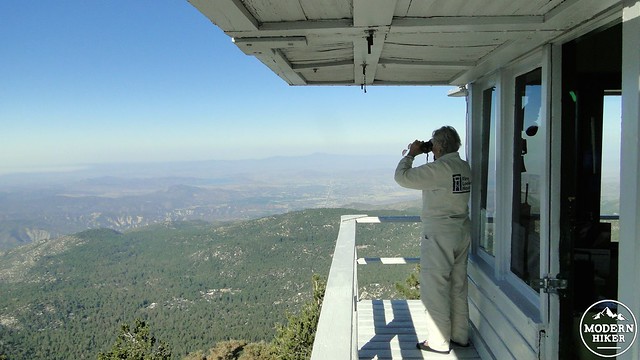 Volunteer at the Tahquitz lookout

Tahquitz is also a popular feature with rock climbers, as the numerous granite outcroppings, including conspicuous Lily Rock, below the peak have attracted climbing enthusiasts for over 80 years. The trail to Tahquitz mostly avoids the areas where climbing is most popular, although there is a chance that you may spy climbers on the trip up Devils Slide. 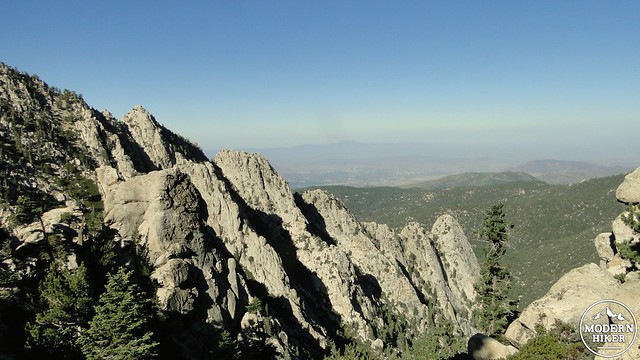 South Ridge and some of the rock formations

There is a bit of red tape for this hike. As Tahquitz lies within San Jacinto and Santa Rosa National Monument, as well as within the San Jacinto Wilderness, you will need a permit to take this hike. The free permit may be obtained at the Idyllwild Ranger Station before your hike. You don’t need to talk to a ranger; simply fill out the permit form, stuff the form into the provided slot, and keep the carbon copy with you on the hike. You can also backpack near Tahquitz Peak, although you will have to obtain a different permit from the ranger station. 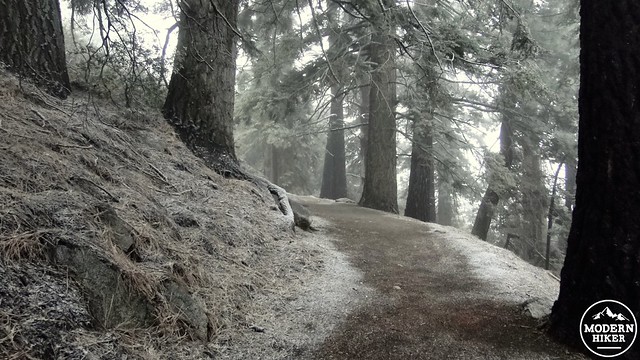 Finally, you should be aware that, as of July of 2013, numerous trails leading from Saddle Junction, including the trails to Round Meadow and Skunk Cabbage Meadow remain closed to allow the area to recover from the 2013 Mountain Fire. The closures are pretty well marked at Saddle Junction, along with the reasons for the closure. It appears that at least one section of trail to the Caramba Overlook has been opened, which would allow access to Tahquitz Creek for backpackers looking to refill their water supplies. 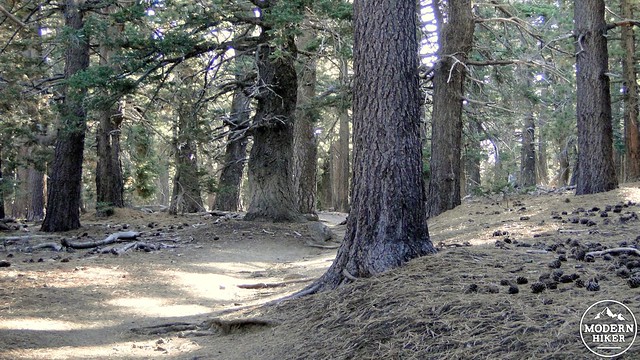 After you’ve obtained your permit, parked at Humber Park, and displayed your Adventure Pass, you will be ready to begin. Start by entering the Devils Slide Trail, which will switchback up the eastern wall of Strawberry Canyon for 2.5 miles about about 1,700’. The trail presents a hearty climb, but the grades are rarely excruciating. Along the way, you will enjoy gradually improving views out over Anza Valley, Temecula, and toward the Palomar Mountain Range. The white dome of the Observatory is conspicuous against the dark green slopes. 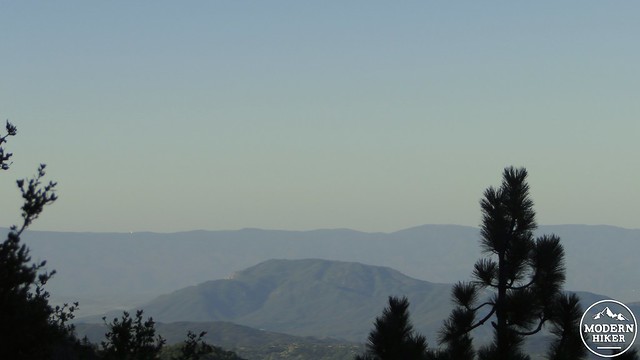 Palomar Mountain. Can you spot the white observatory dome on the left third of the frame?

Devils Slide winds its way through a mix of chaparral, oak woodland, and patchy conifers, mostly dominated by graceful sugar pines, whose outstretched limbs dangle massive pine cones. The trail will pass a few lush pockets along usually dry springs and creeks that will featurs patches of Western azalea and grape soda-scented penstemons. At other times, the trail gets a bit rocky, as it crosses through bouldery outcrops carpeted by growths of buckthorn, manzanita, and chinquapin. 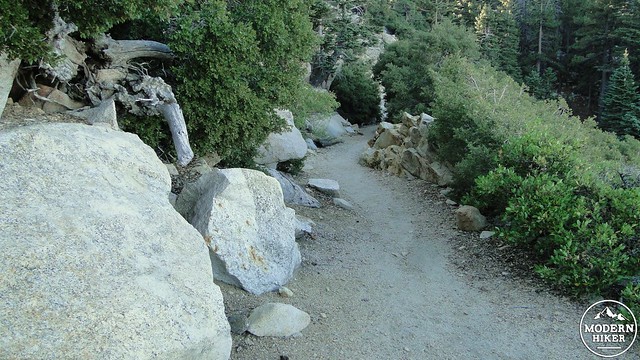 A rocky section of the Devils Slide Trail

As the trail nears the junction, it will take a final bend to the left before crossing through a grove of Jeffrey pines. At the top of this last spurt of climbing, you will reach the five-way Saddle Junction, through which passes the Pacific Crest Trail. As mentioned earlier, the trails to Skunk Cabbage Meadow and Round Valley are both closed due to fire damage, although the PCT north to Wellmans Divide and south to just past Tahquitz remain open. You will not encounter any fire damage along the PCT, as the Mountain Fire was stopped by a fortuitous July rain storm before it could reach the crest of Strawberry Valley and race downhill to scorch Idyllwild. 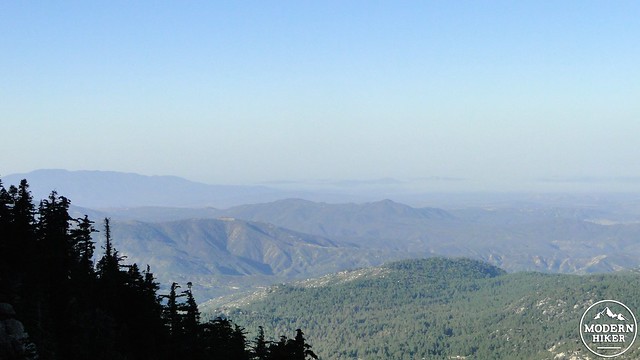 Turn right onto the PCT heading south and enjoy a brief respite from climbing before the trail begins to ascend again through dry forest of white fir, Jeffrey pine, and sugar pine. As the climb continues, the trail will traverse just below the crest of the ridge, offering views east over Tahquitz Valley and down into the Coachella Valley. You’ll probably be able to pick out the crowns of a number of burnt conifers, indicating some of the fire damage. While a number of conifers were destroyed in the fire, many survived. Additionally, the fire cleared out a lot of the undergrowth, which could benefit the health of the forest in the long term. 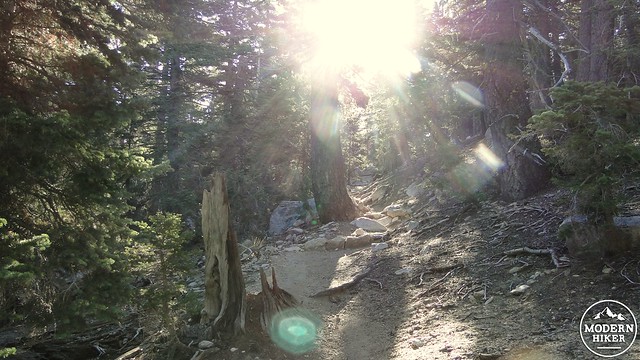 A long, flat-ish ridge will become a prominent part of the view as you near Tahquitz. The summit of Red Tahquitz, just slightly lower than Tahquitz itself, is visible on a rock outcrop that towers above the forest. The trees begin a subtle transition as white fir becomes predominant, with a few lodgepoles and limber pines standing out. The trail enters a flat section known as Chinquapin Flat, which contains numerous campsites. At Chinquapin Flat, the PCT junctions with the Tahquitz Peak access trail which also leads to the precipitous South Ridge Trail. The South Ridge Trail is a more difficult alternative for climbing Tahquitz, but it is reported to be much less enjoyable than the Devils Slide Trail. 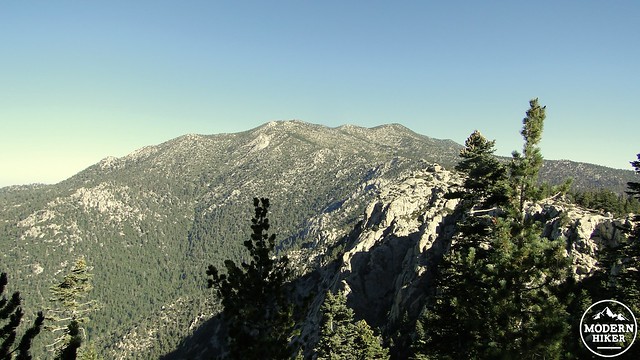 Looking back at Mt. San Jacinto

Take a right onto this access trail and begin another climb up through lodgepole and limber pines. Strawberry Valley lies down below on the right, while the crest of the northern end of the Desert Divide, upon which you had just been walking climbs up to the higher portion and summit of San Jacinto Mountain. The small green patches of Strawberry and Wellmans Cienagas are just visible on the slopes. 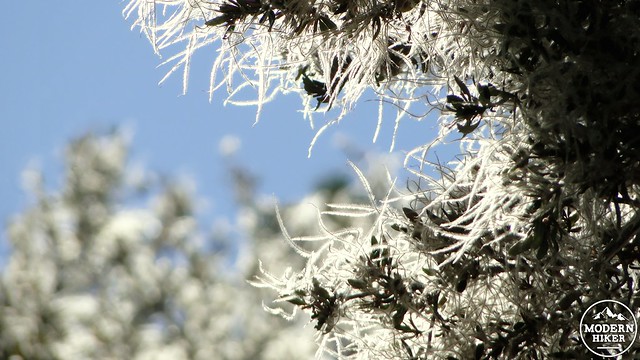 After climbing up through the rocky access trail, you will come to a junction with the South Ridge Trail. Keeping to the right, you will pass through more rocky terrain before the fire lookout comes into view. The lookout occupies the summit, and a climb up the stairs (no more than 5 at a time) can double as the peak bag. Enjoy the views from the summit, which include the partially scorched Desert Divide to the south, Garner Valley, Lake Hemet, Thomas and Cahuila Mountains, the Palomar Range, the Santa Anas, Temecula, and the distant peaks of the Laguna and the Cuyamaca Mountains. The wide panorama might leave you inspired to volunteer so that you can spend a few overnights in a comfy bed perched atop a peak. 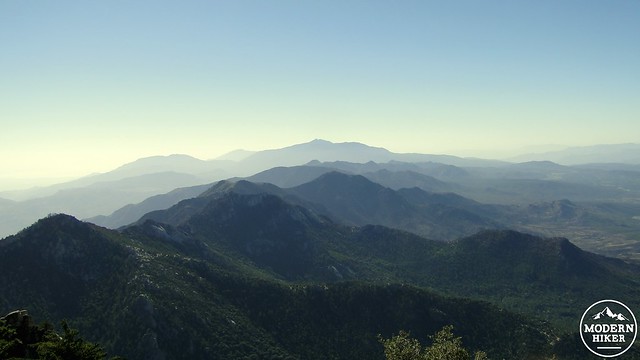 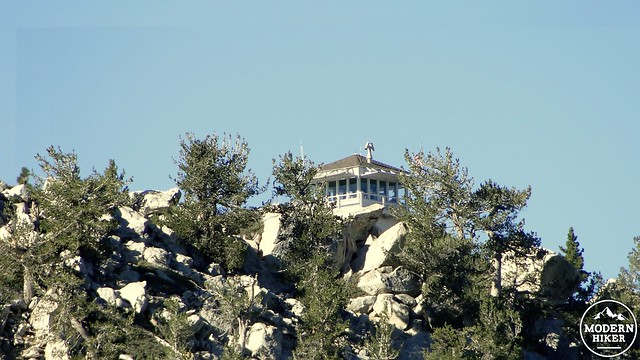 From the peak, simply retrace your steps back to the PCT, back to Saddle Junction, and the down the Devils Slide. If you climb Tahquitz during the summer monsoon season, you may have the pleasant experience of watching cumulonimbus clouds pile up over San Jacinto Peak while a warm downpour of rain cools your descent into the frequently hot Strawberry Valley. Or, perhaps if you come during late spring, you may catch one of the week late season winter storms as it drops a dusting of snow along the trail. No matter how you take it, Tahquitz is a very enjoyable hike that is never overly taxing while still offering a great summit experience. 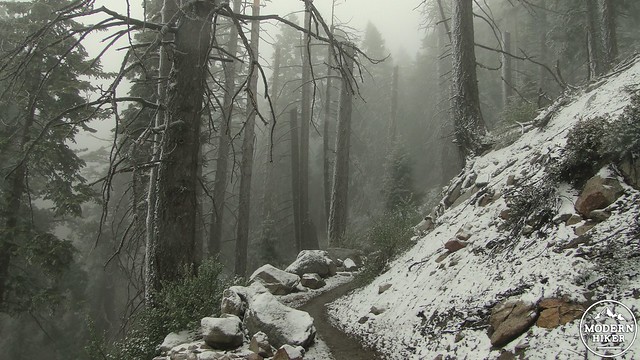 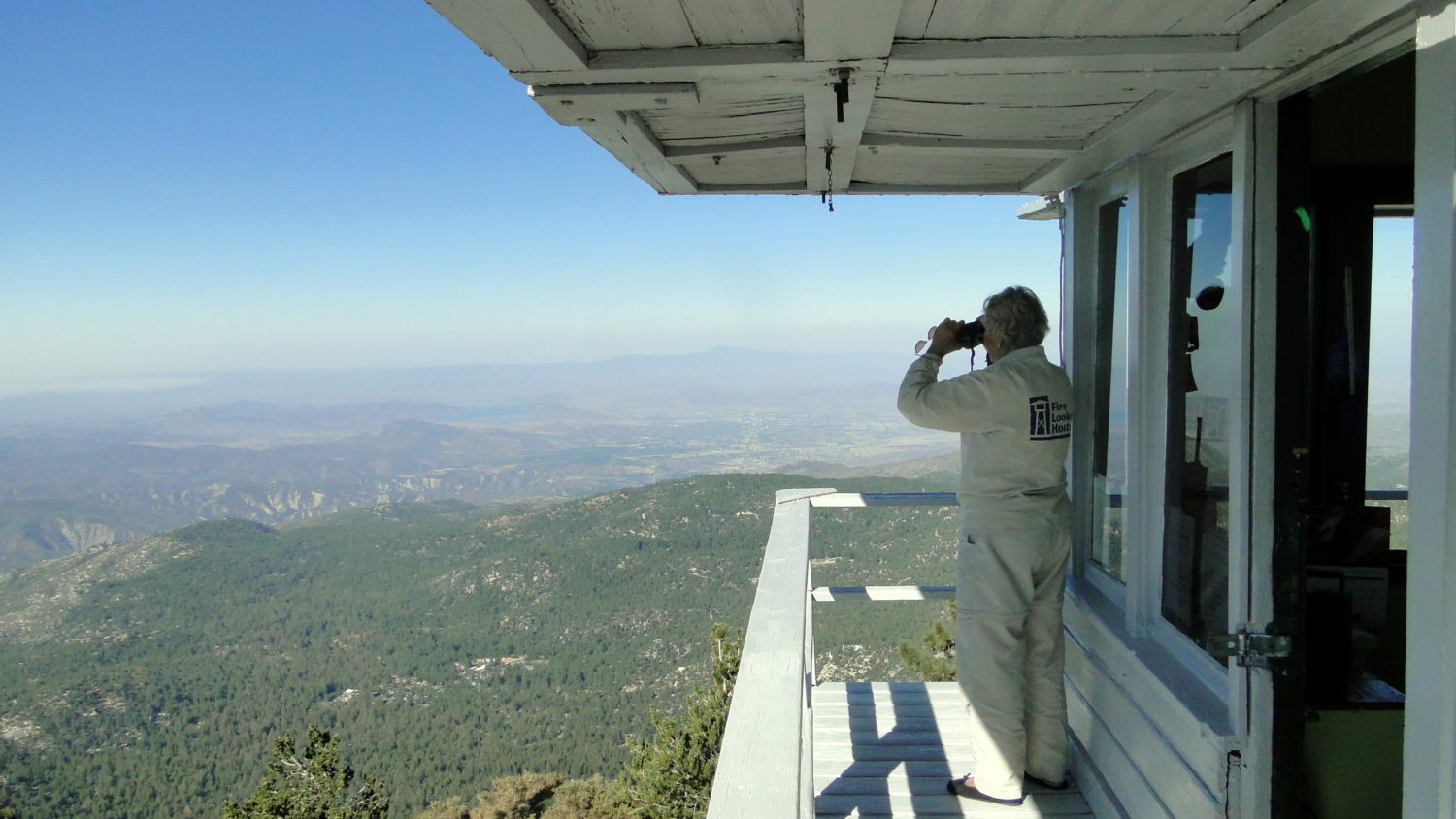 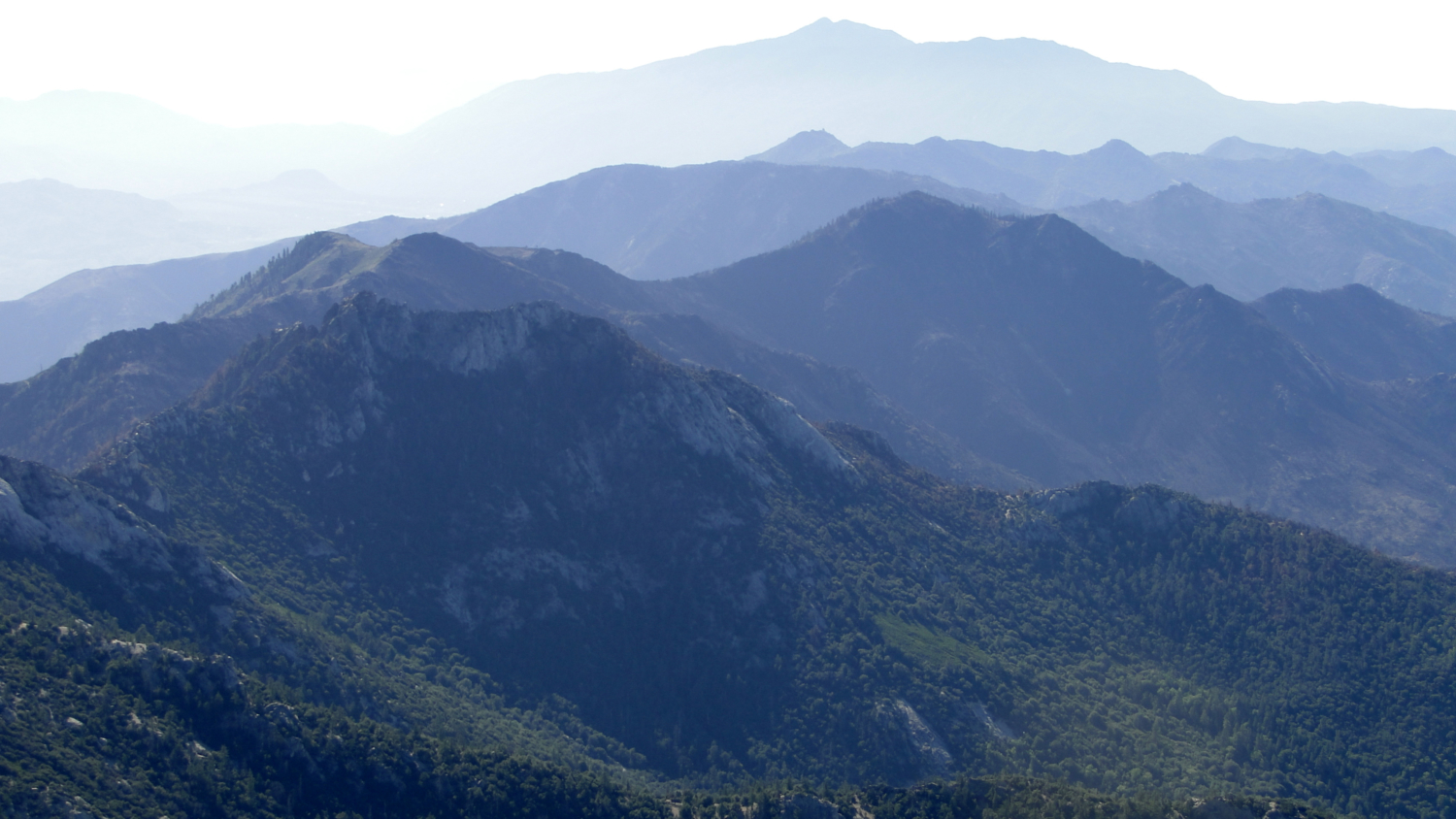 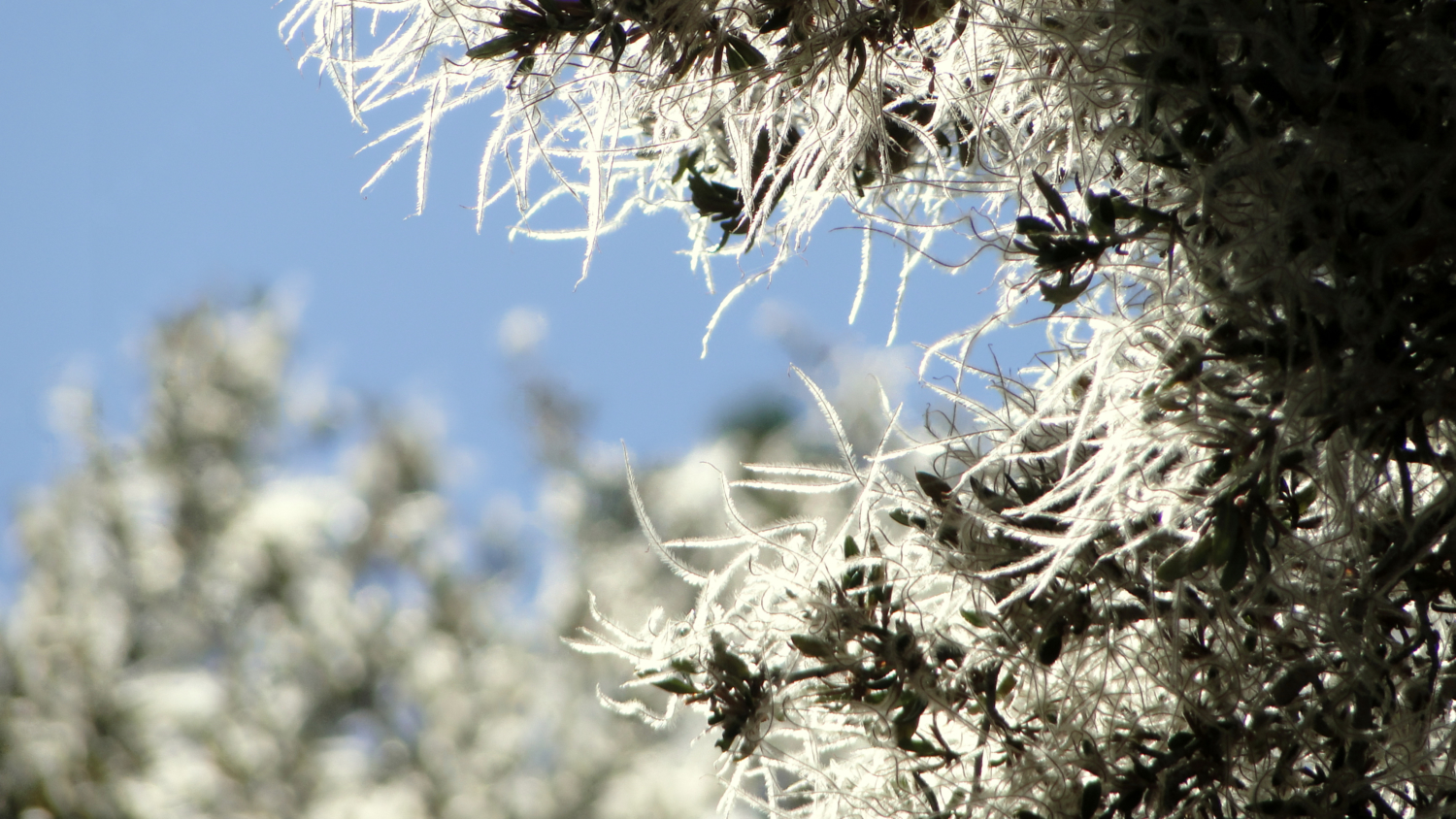 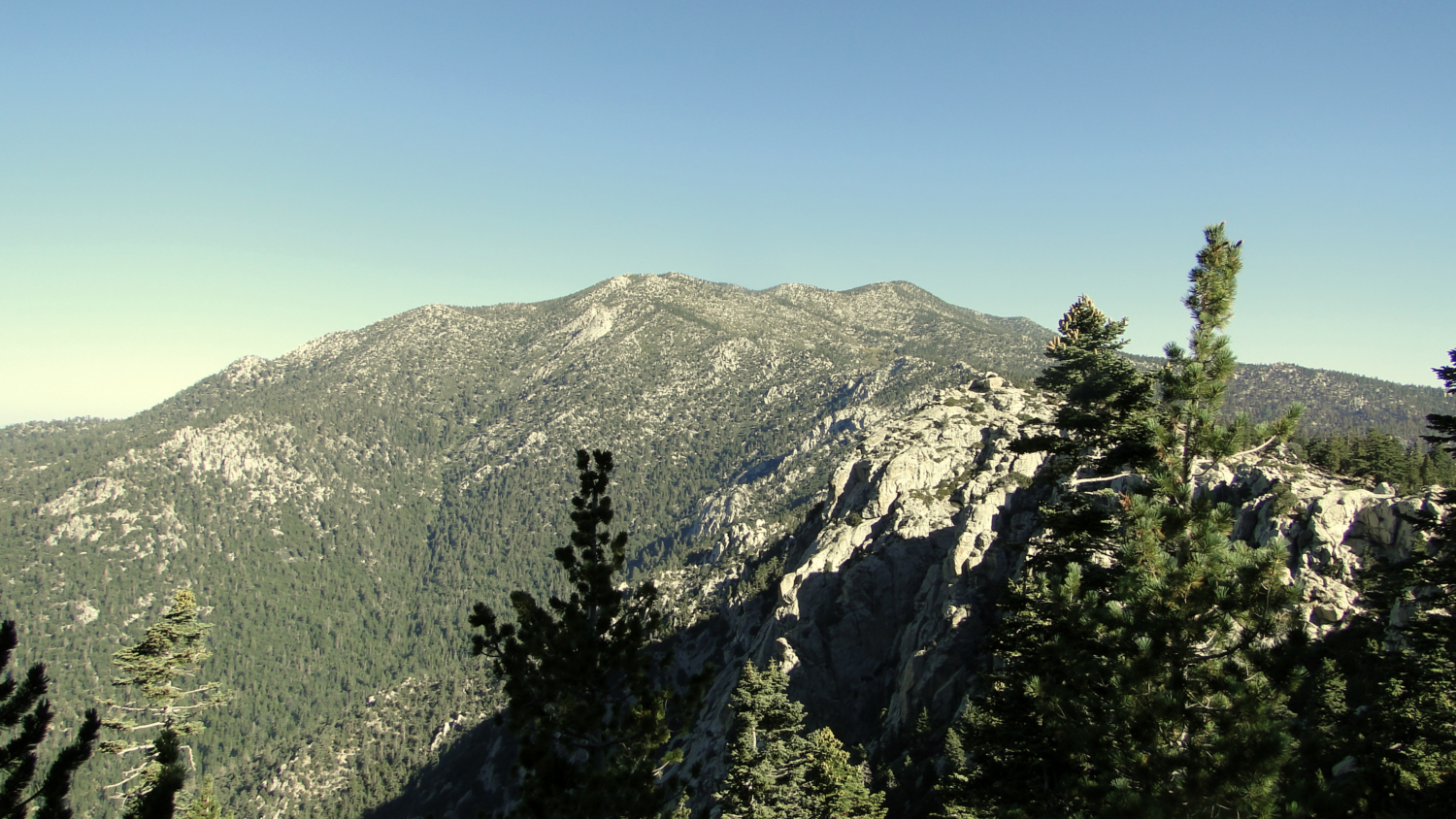 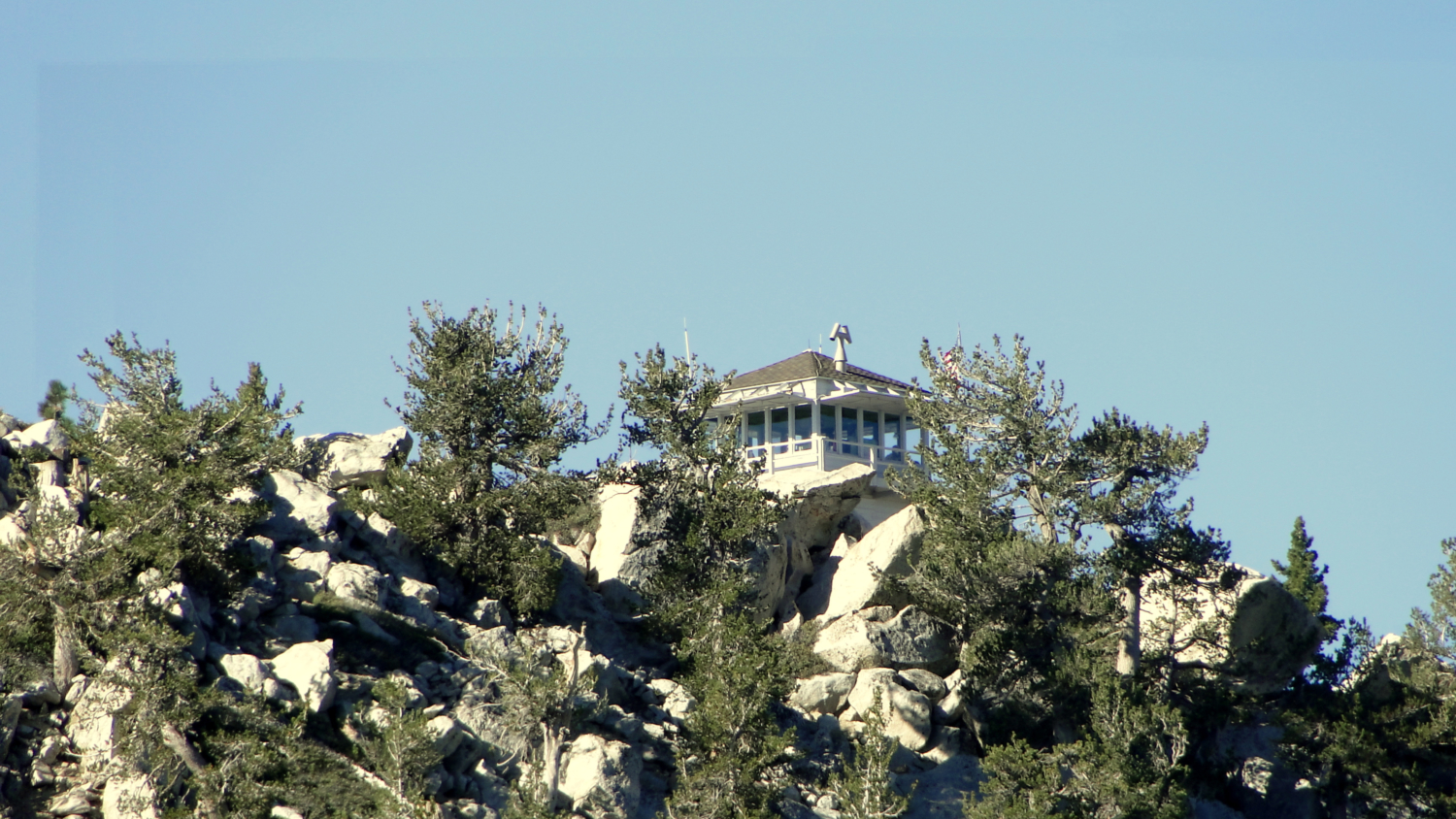 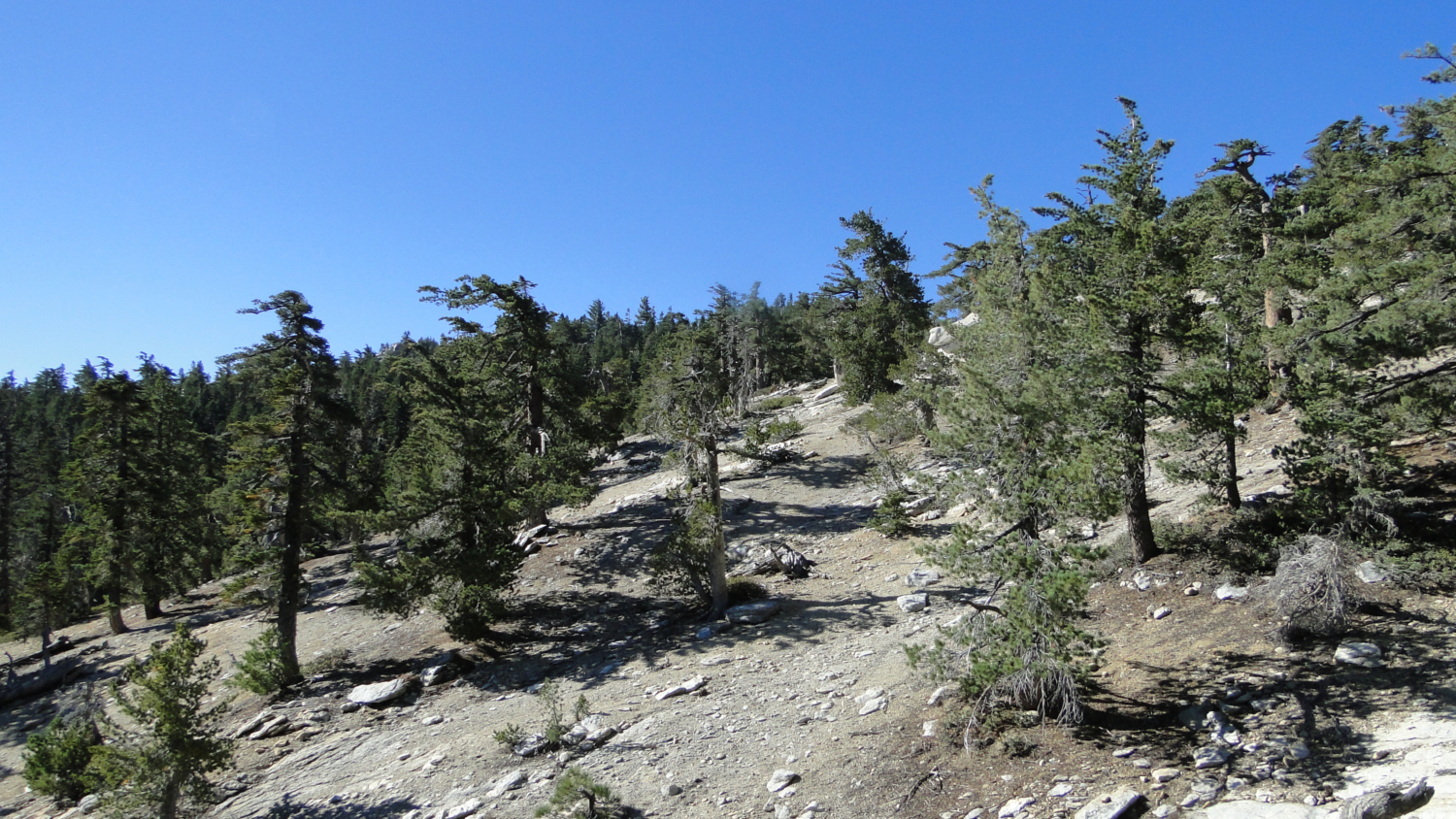 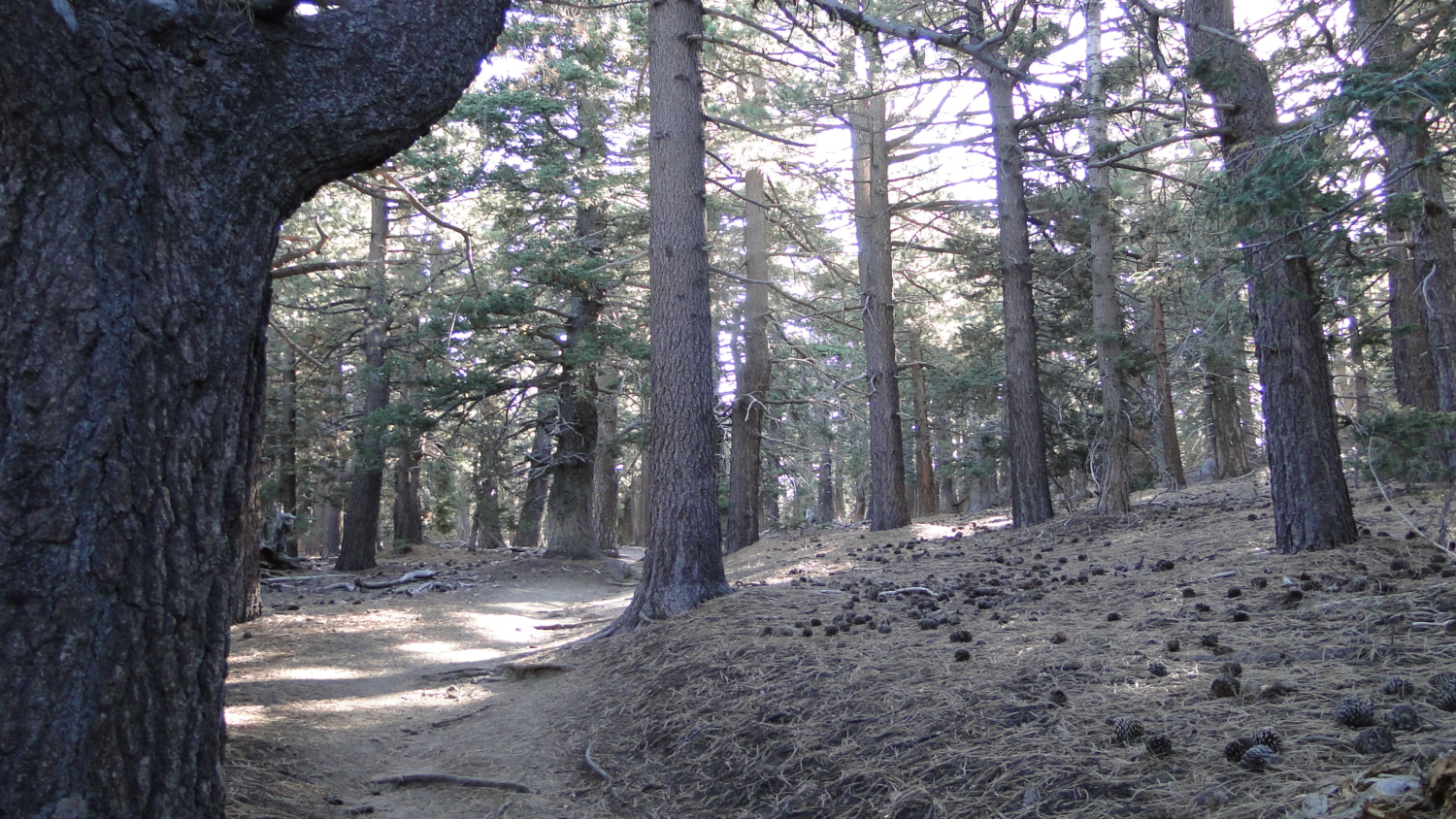 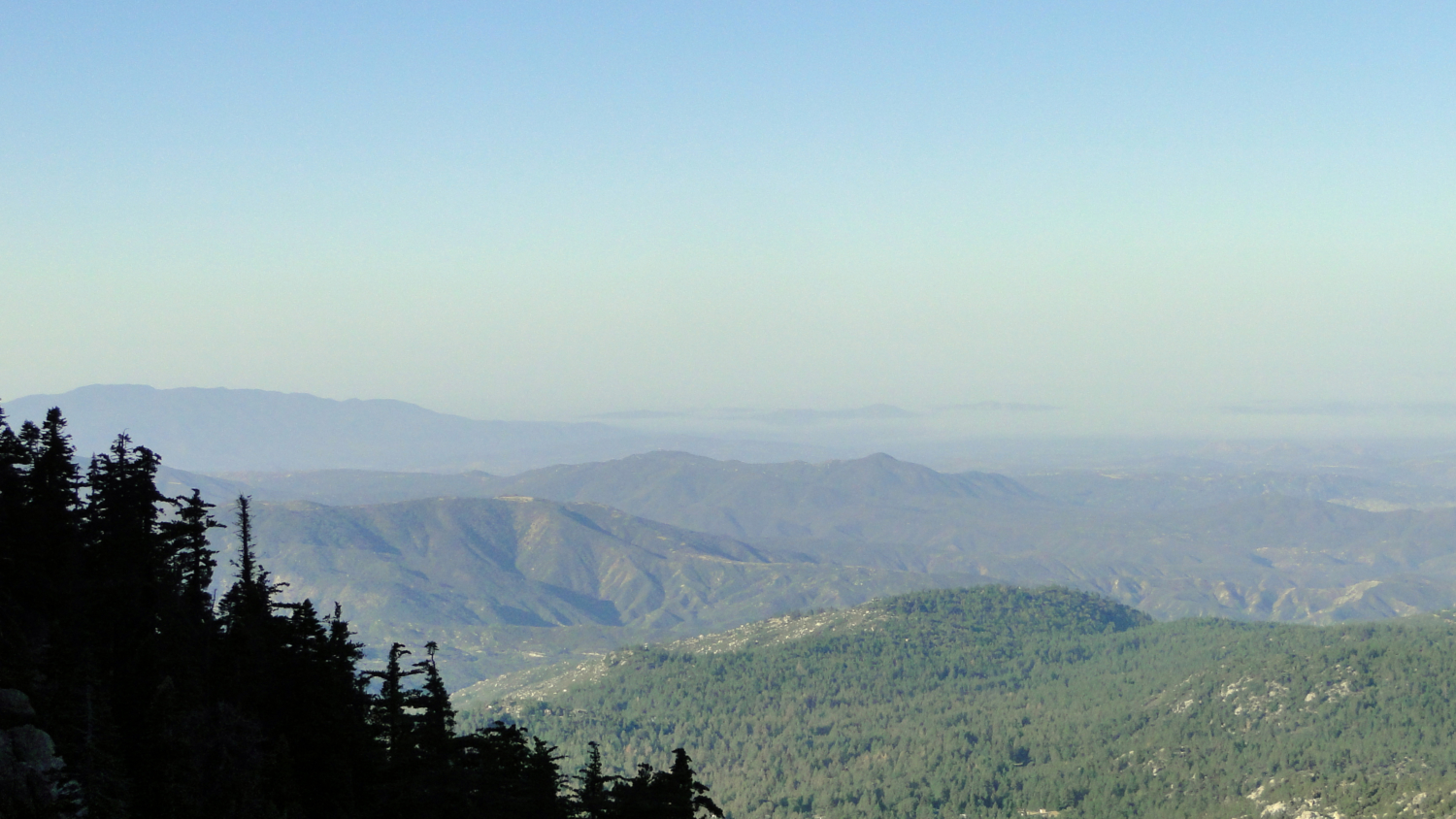 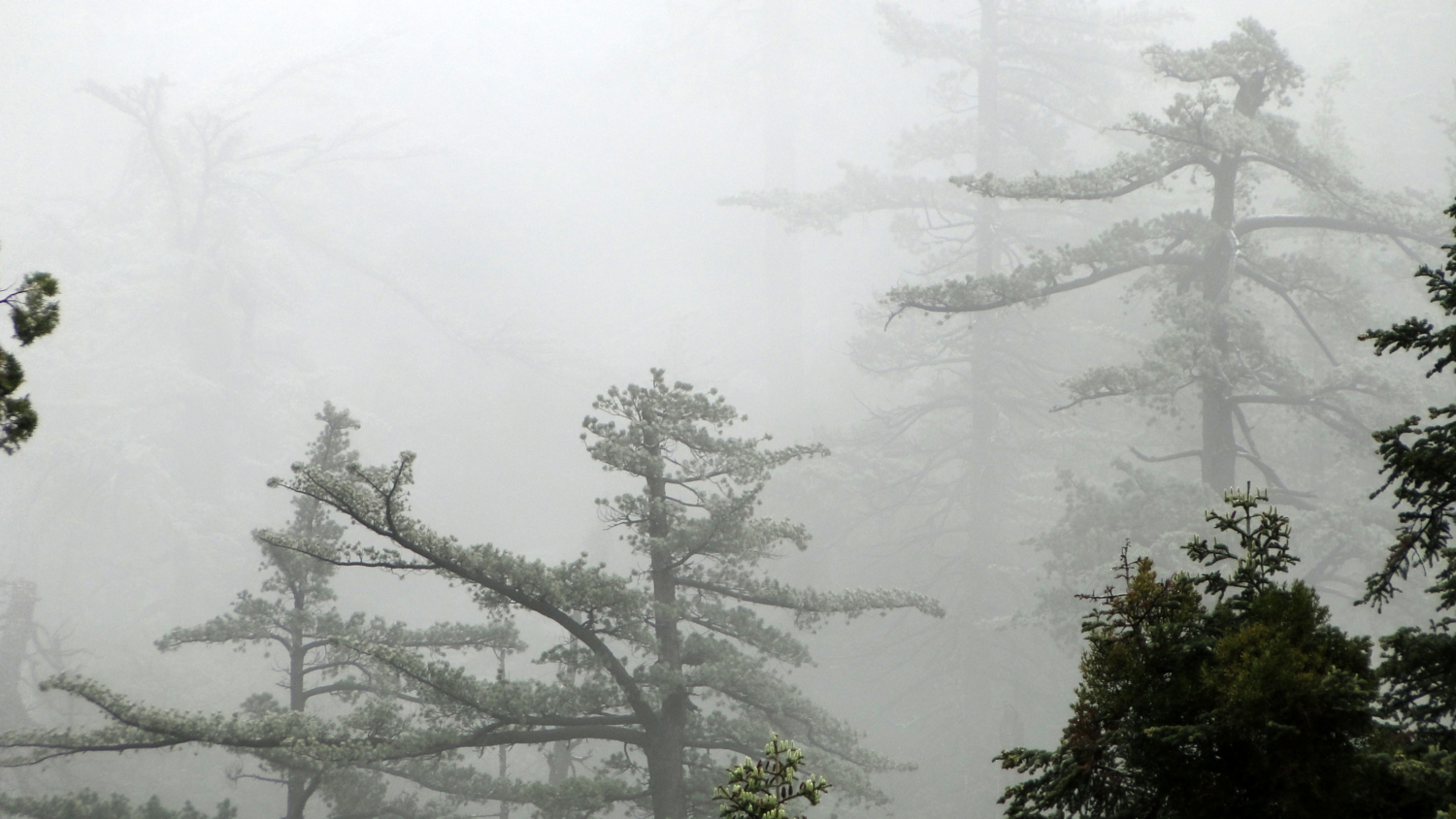 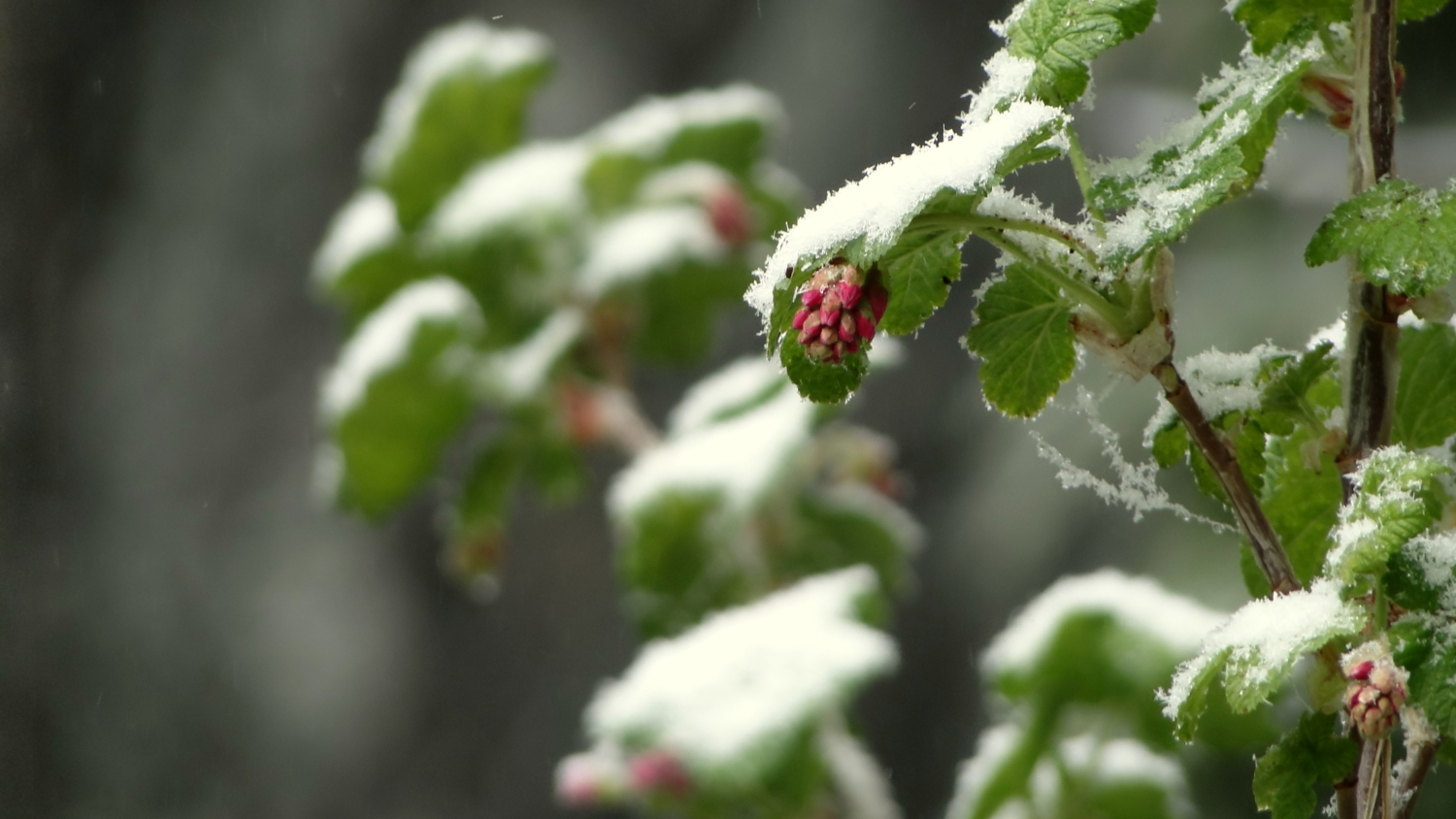 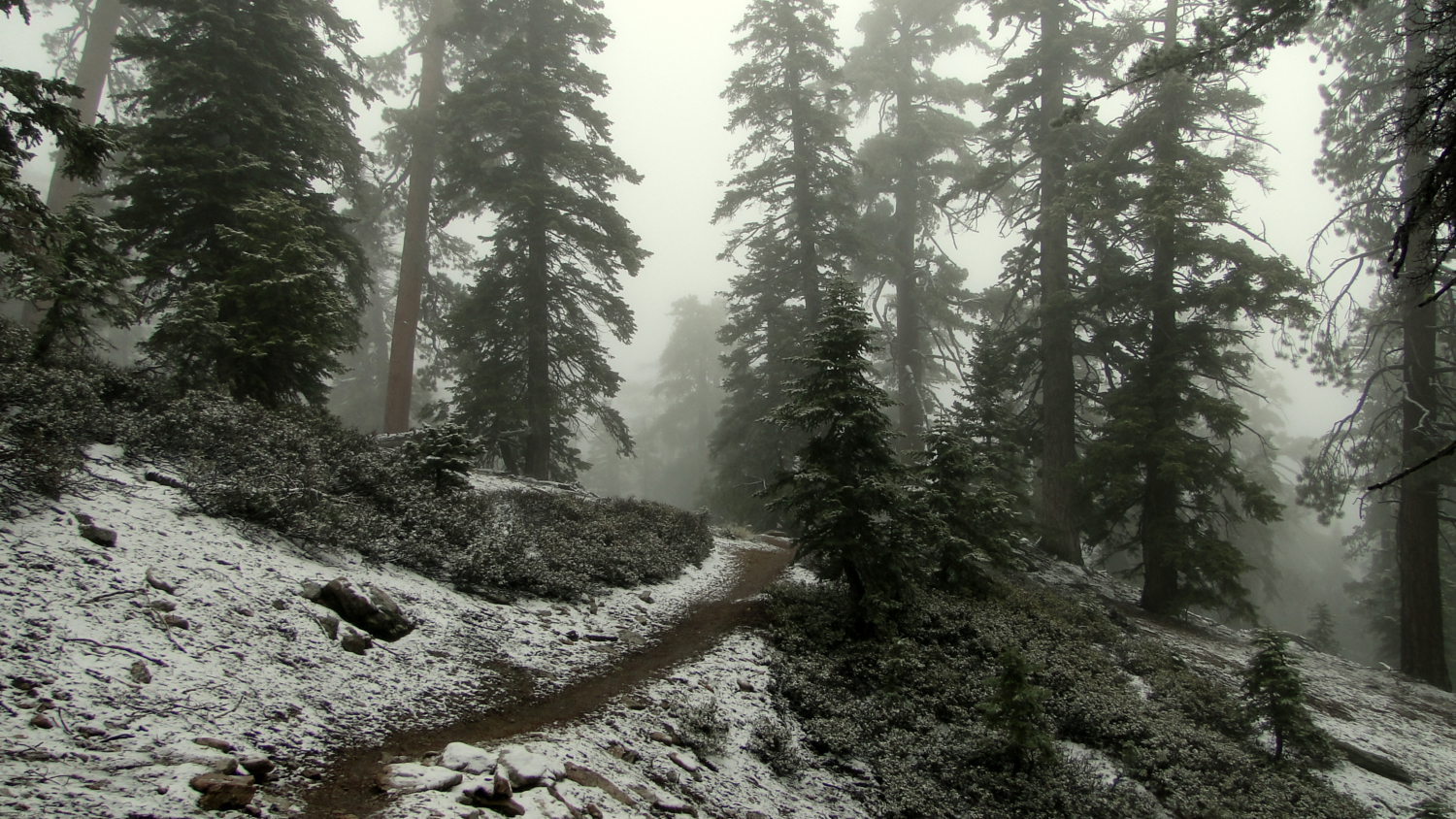 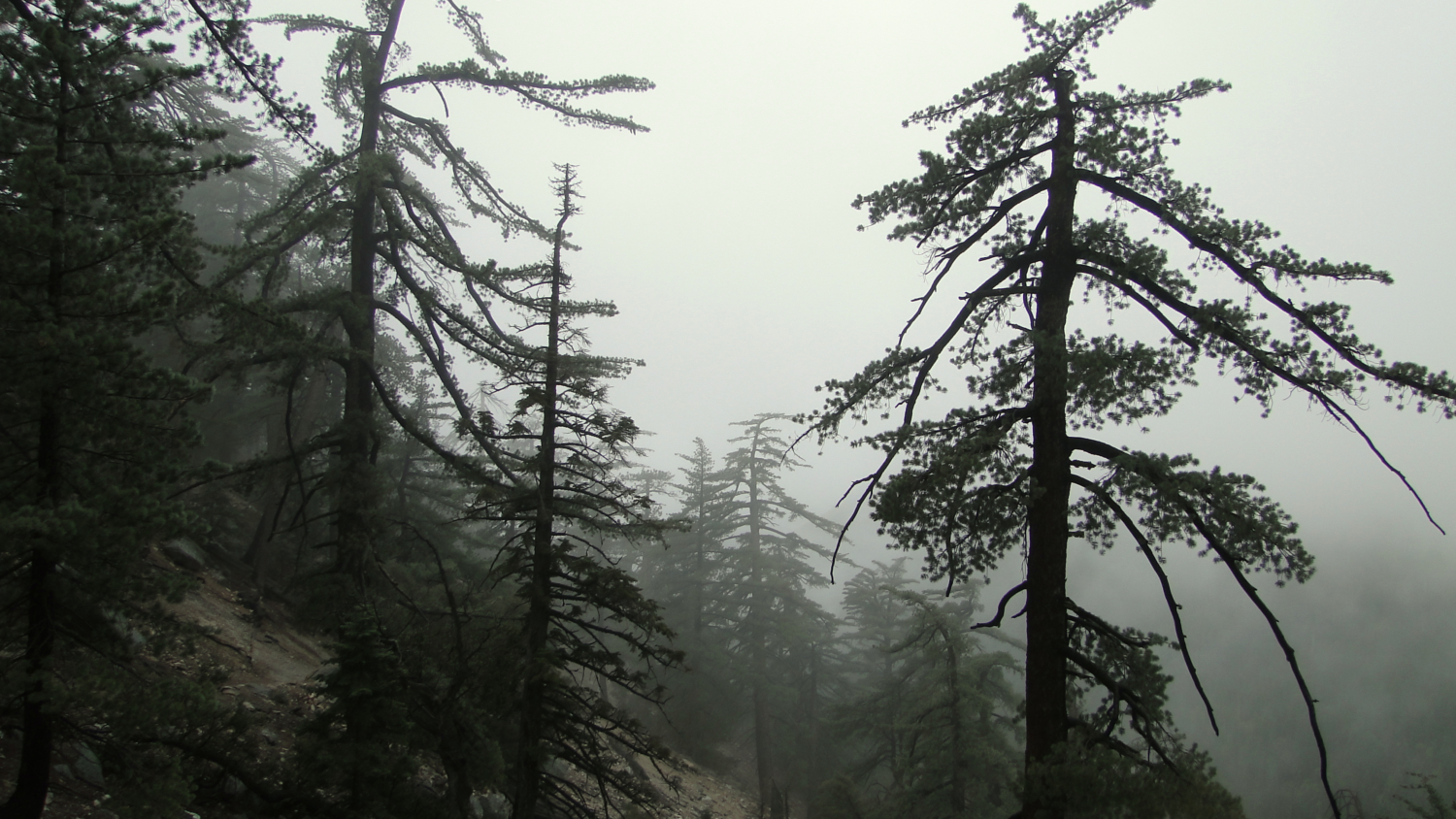 The trail is well-traveled and well-maintained. It gets a little rocky on the connector trail to the peak, but a little caution will do the trick

Backcountry camping is available inside the State Park - as well as more developed camping in the town of Idyllwild. In order to backpack, you will need to download and fill out the backcountry permit found in the link below. Then, you will need to send it to the Idyllwild Ranger Station for San Bernadino National Forest for processing.