One of the better kept secrets in Southern California hiking is the presence of a large Federal Wilderness tucked between Ortega Highway, the semi-rural town of Fallbrook, and sprawling Camp Pendleton Marine Base. This wilderness protects the nearly pristine San Mateo Canyon watershed, which offers numerous hiking and backpacking adventures. Much of the wilderness is difficult to access due to its remote nature, but the northern corner, which contains popular Sitton Peak, is an easy way to dip your toes into the wilderness while staying within shouting distance of suburban Orange County. 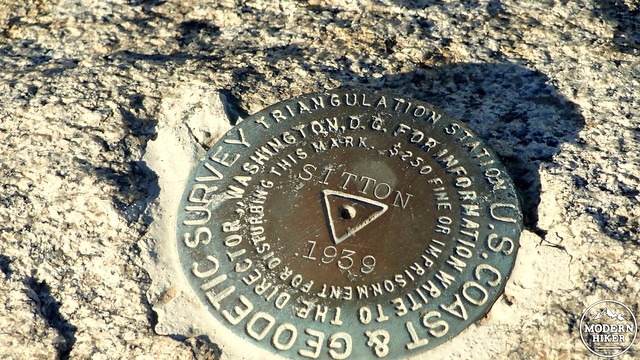 Geographically speaking, Sitton Peak straddles a ridge that divides the San Juan Creek watershed from the San Mateo Creek watershed. San Juan Canyon, which is just to the north of the peak, separates the southern third of the Santa Ana Mountains from the central and northern thirds, which both contain much higher summits. Sitton Peak sits much lower than the loftier peaks in the center of the range, including Santiago Peak, Modjeska Peak, Los Pinos Peak, and Trabuco Peak. Despite its relatively diminutive elevation, however, Sitton Peak has enough prominence over the surrounding landscape that you definitely feel “above it all.” 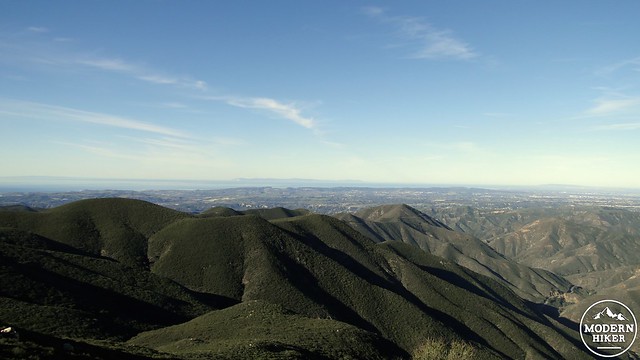 This 9.5 mile trip will take you through the northernmost portion of the San Mateo Canyon Wilderness along the Bear Canyon Trail before climbing the ridge upon which sits Sitton Peak. Along the way, you will pass through chaparral and oak woodland while enjoying a variety of different scenes, ranging from cool oak boughs shading the trail to expansive views over San Diego County and San Mateo Canyon. 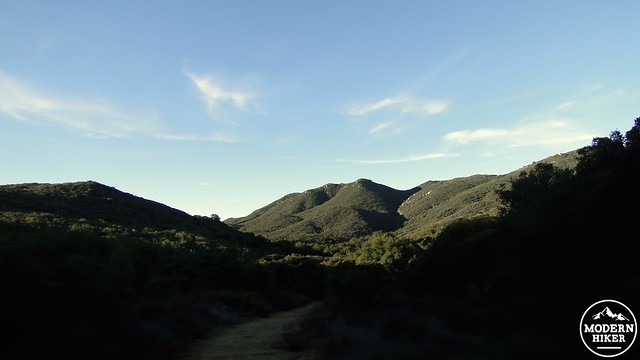 Starting from the parking lot directly across from the Candy Store, cross Highway 74 to reach the Bear Canyon Trailhead, which you will find just to the right of the store. Enter the trailhead and make a brief climb before arriving at an info kiosk containing a map of the wilderness and a visitor’s register. You do not need a permit to dayhike within the wilderness, but you will need a permit to backpack here. You can obtain a backpacking permit from the Trabuco District of Cleveland National Forest by filling out this form and faxing it to the district’s office. 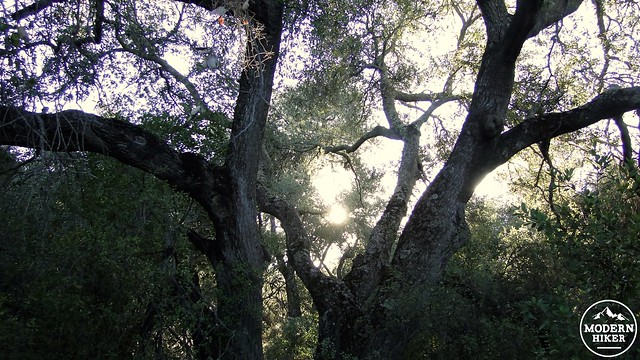 After the register, you will climb up a slope and then bend around a ridge. Once around the ridge, the steady hum of traffic on Ortega Highway will fade into silence as the subtle sounds of birds, hiking boots crunching the dirt, and the breeze rustling the leaves in the trees will take over. After passing this ridge, the trail will begin a gentle descent into a small woodland of oaks before coming to the junction with the Morgan Trail. Keep right at the Morgan Trail to continue on the Bear Canyon Trail toward Four Corners and Sitton Peak. 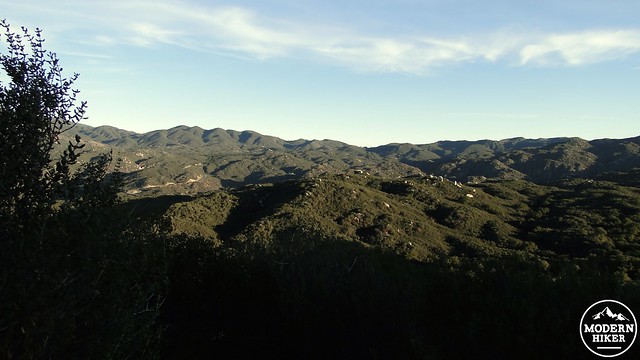 The trail next climbs out of these woods, and after a quick ascent up a scrubby slope, you will find yourself winding in and out of a series of rippling ravines. The occasional view toward the south and east will open up before disappearing again. After this meandering stretch, the trail will drop down to a junction with the Bear Ridge Trail and the Verdugo Truck Trail. The Bear Ridge Trail, which is directly ahead, will climb up onto a chaparral-covered slope to travel parallel with the Verdugo Truck Trail before merging with it at Four Corners. I recommend you take the Truck Trail, as it will pass through a narrow, linear valley beneath the boughs of numerous live oaks. It won’t have the views, but the shade will be quite pleasant. 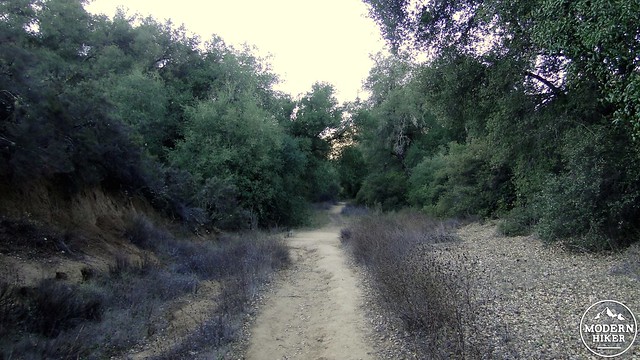 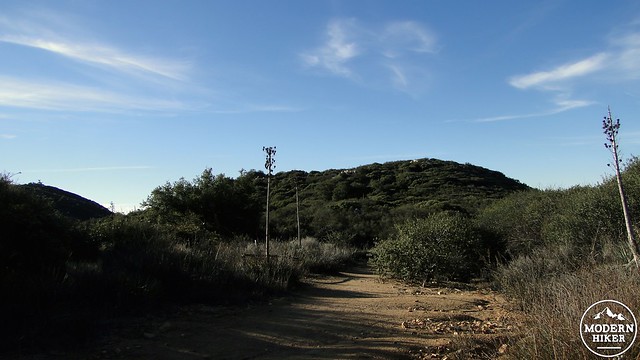 Right before the trees begin to thin out, the trail will pass Pigeon Spring, which will be an important water source for tanking up if you are turning your exploration of the wilderness into a backpacking trip. The spring is contained within a concrete tub, and you will definitely need to filter and treat the water before drinking. After the spring, the trail climbs out of the valley to reach a low saddle. Atop this saddle is a 5-way junction that is somehow called Four Corners. At Four Corners, the Tenaja Trail, Bluewater Trail, Sitton Peak Truck Trail, Verdugo Truck Trail, and Bear Ridge Trail all come together at a flat spot. Find the trail indicating Sitton Peak to the right and begin to climb up an exposed south-facing slope that can become quite warm during the peak of day. 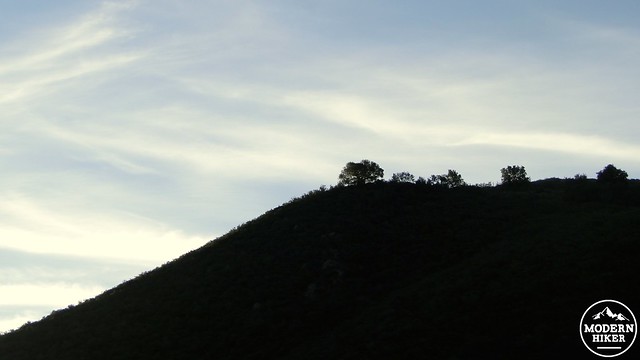 Sitton Peak Truck Trail will wind its way up the shoulder of a cluster of peaks, of which Sitton Peak is the tallest. The trail will climb up to another saddle between the two smaller peaks, after which it will begin a slightly frustrating and tedious descent to the junction with the rough use trail leading to the summit. This sort of thing is always a drag, as nobody who just climbed a mountain wants to climb some more on the way back, but such is the toll that you pay to reach the peak. 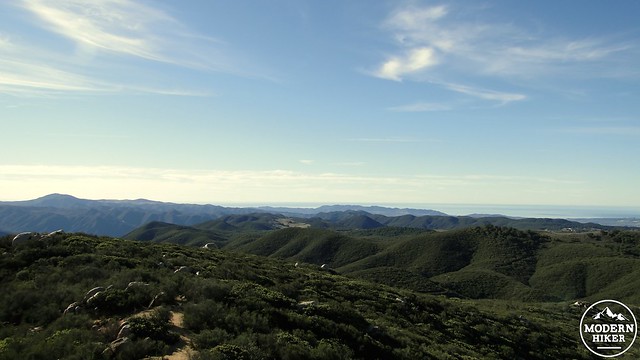 The use trail to the summit is a bit hard to spot, but if you keep your eyes peeled on the right hand side, you will see the route tracking up the eastern side of the peak. Turn right and begin the rough climb up the slope. This route is very steep and occasionally overgrown. It is a bit of a challenge making it up, but it adds a little bit more to the sense of accomplishment you will have when you inevitably reach the peak. Once on the peak, you will spot a number of boulders upon which you can sit and gaze out at an excellent view. 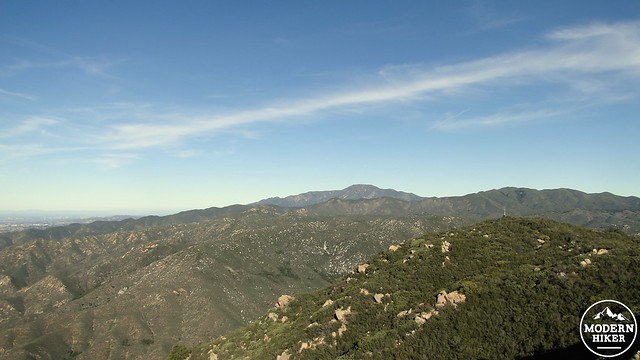 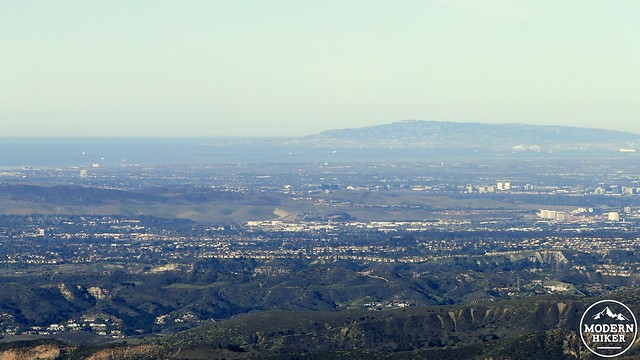 Orange County Coast with Palos Verdes in the background

From the summit, your most exciting views will be to the south overlooking San Diego County. If the air is clear, you will have an excellent, albeit distant view of many of San Diego’s geographic landmarks, including Cuyamaca Peak, Palomar Mountain, Volcan Mountain, Woodson Mountain, and Double Peak. Closer afoot, you will notice the gaping chasm of San Mateo Canyon, with the Santa Rosa Plateau’s gentle grasslands rolling along just beyond. To the east, you will see Mt. San Jacinto, while to the north the Santa Ana Mountains build to their climax at Santiago Peak. To the west, you will see the Santa Ana foothills rolling away to the distant arc of deepest blue. 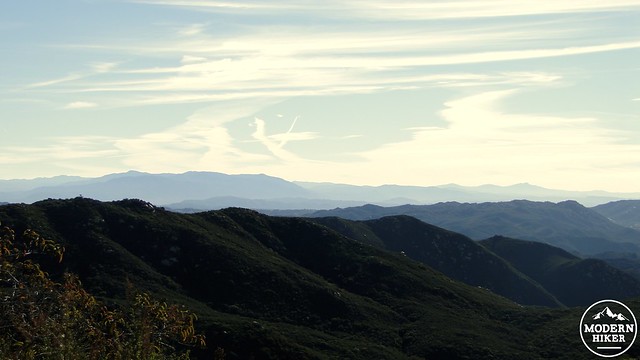 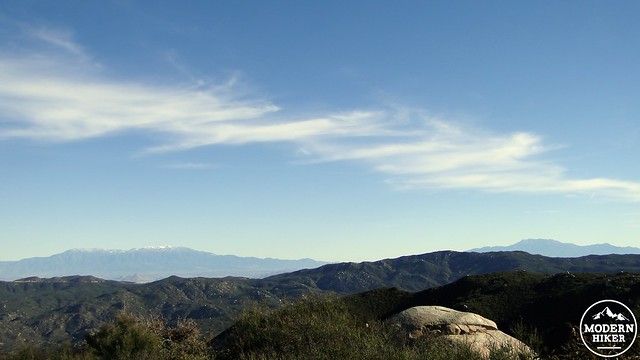 When you are ready to return, you will retrace your route back to Four Corners and turn left on the Verdugo Truck Trail to return back to the trailhead. You will encounter a few modest climbs on the return journey, but it shouldn’t be too egregious for the moderately conditioned hiker. This is not a very easy hike, given the distance and the elevation gain. However, it is within reach of all but novice hikers, provided you come prepared with essentials such as abundant water, sun protection, salty snacks, comfortable footwear, and perhaps a sturdy set of trekking poles. 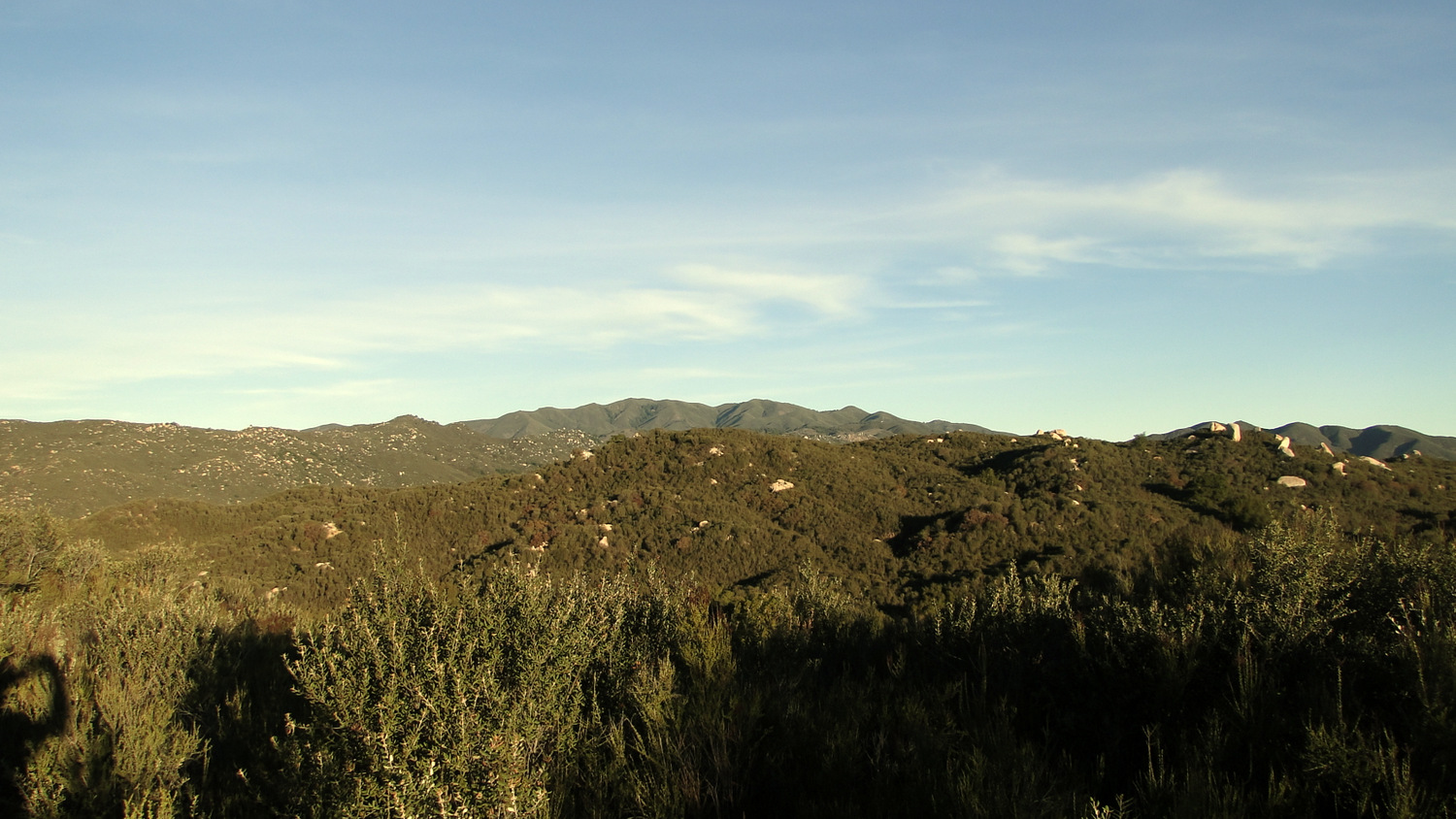 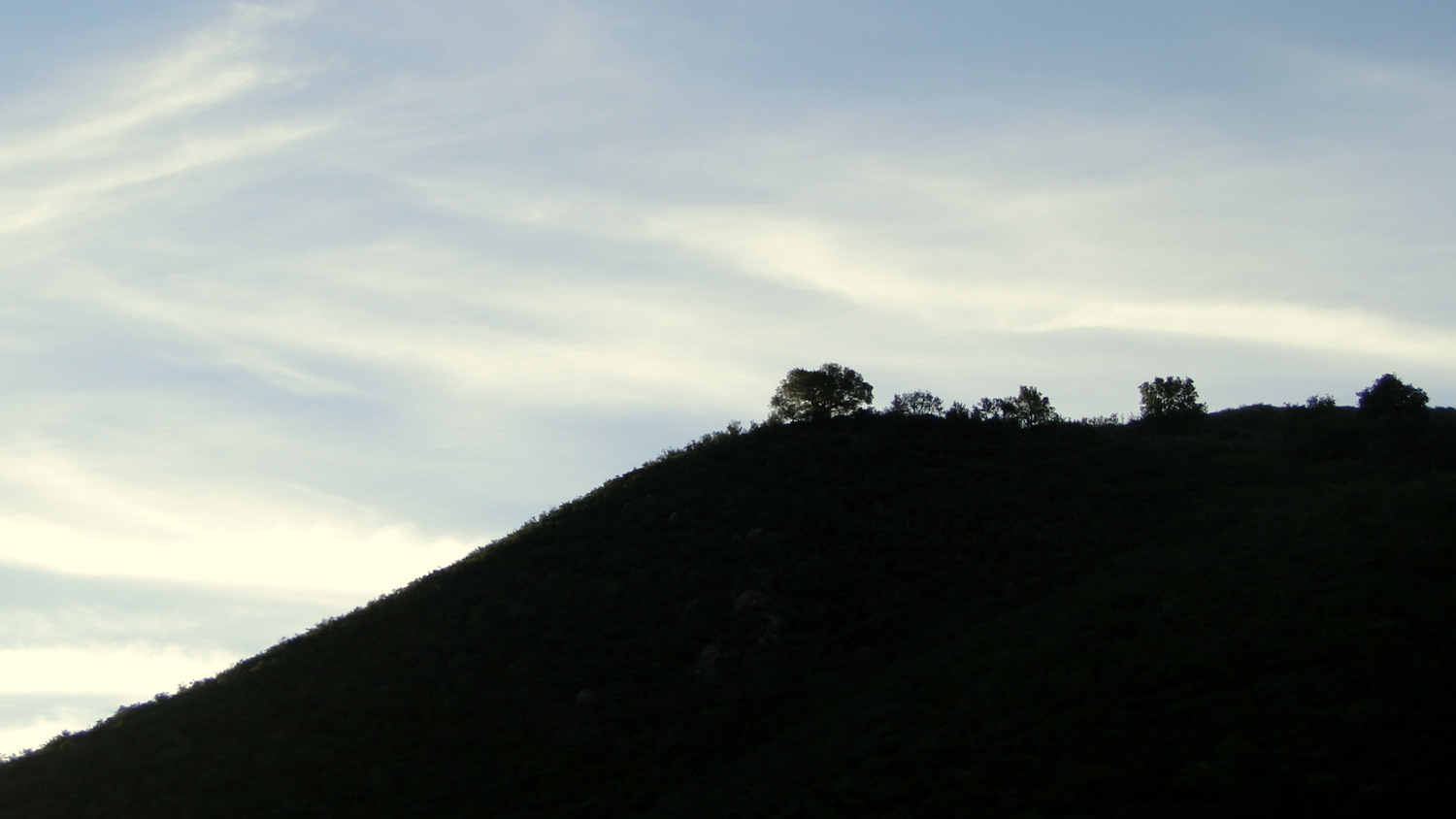 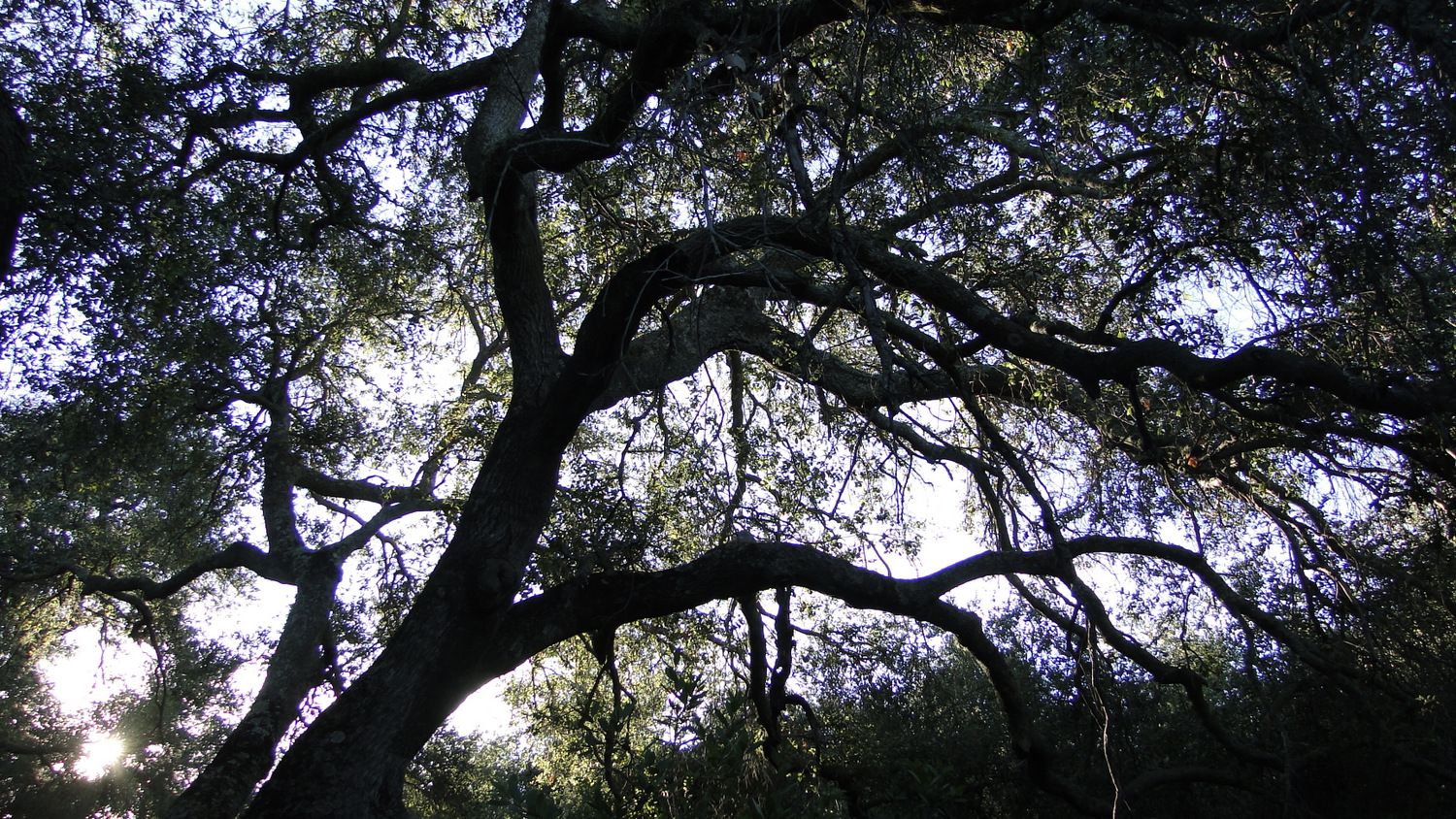 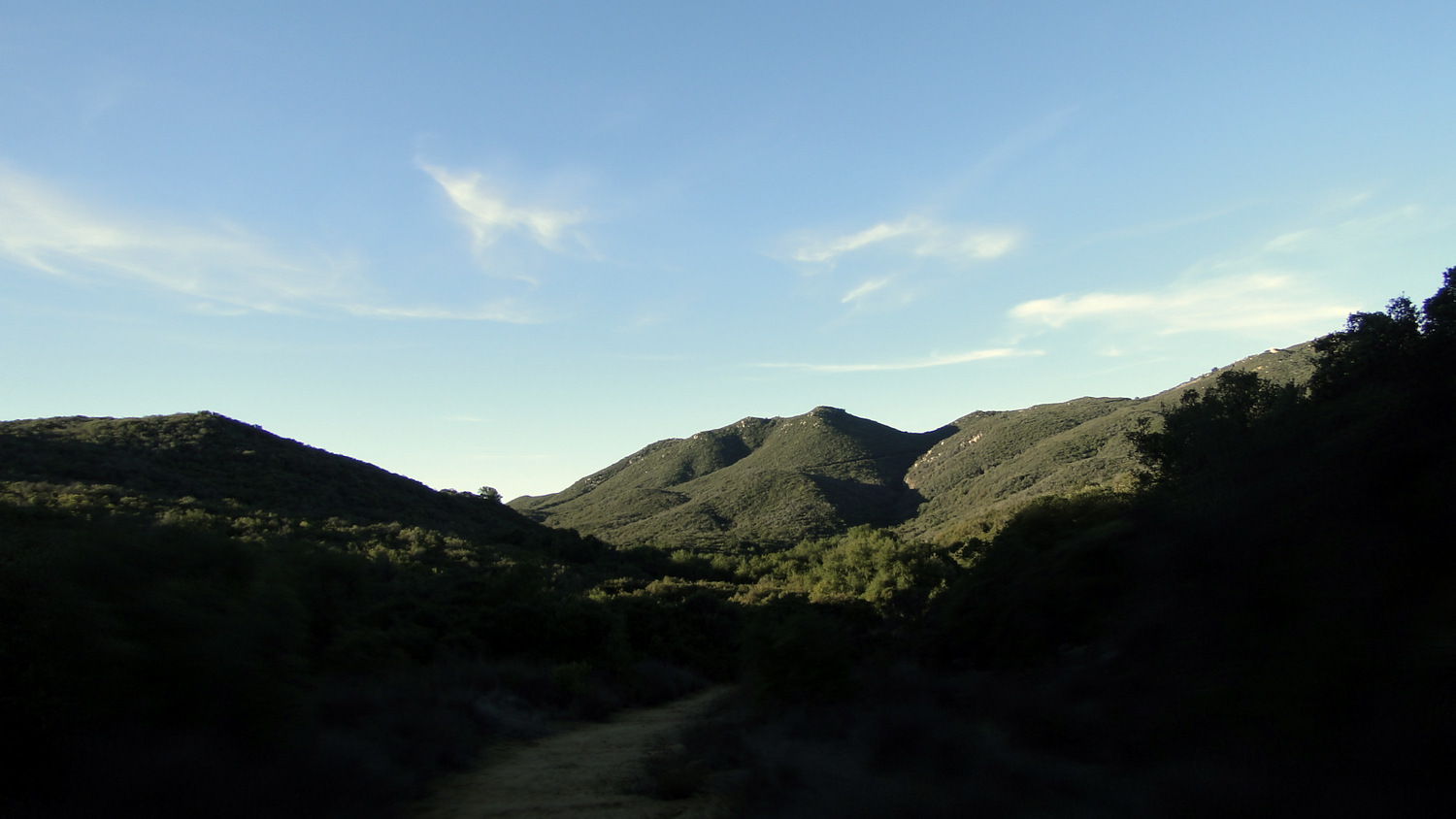 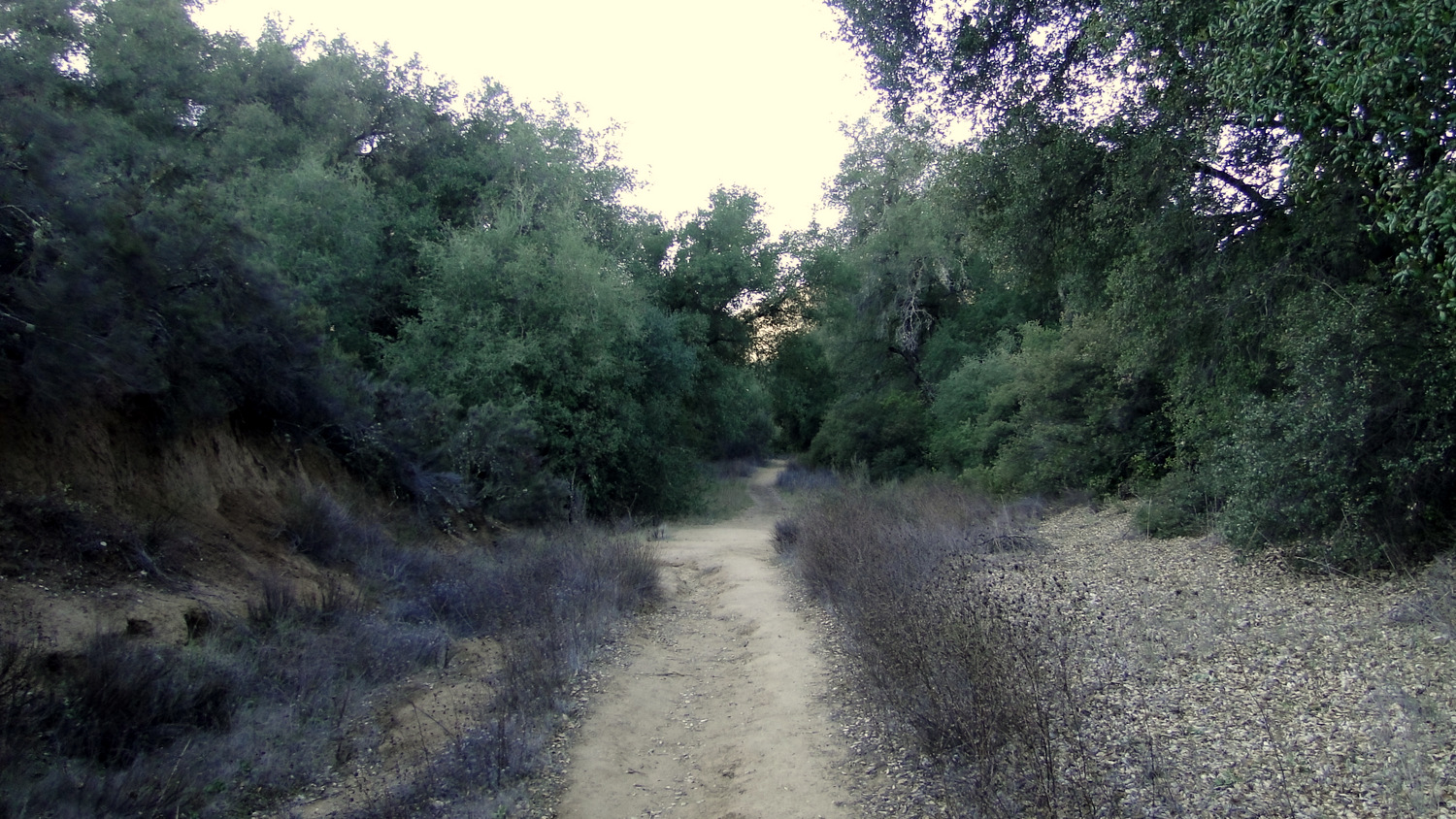 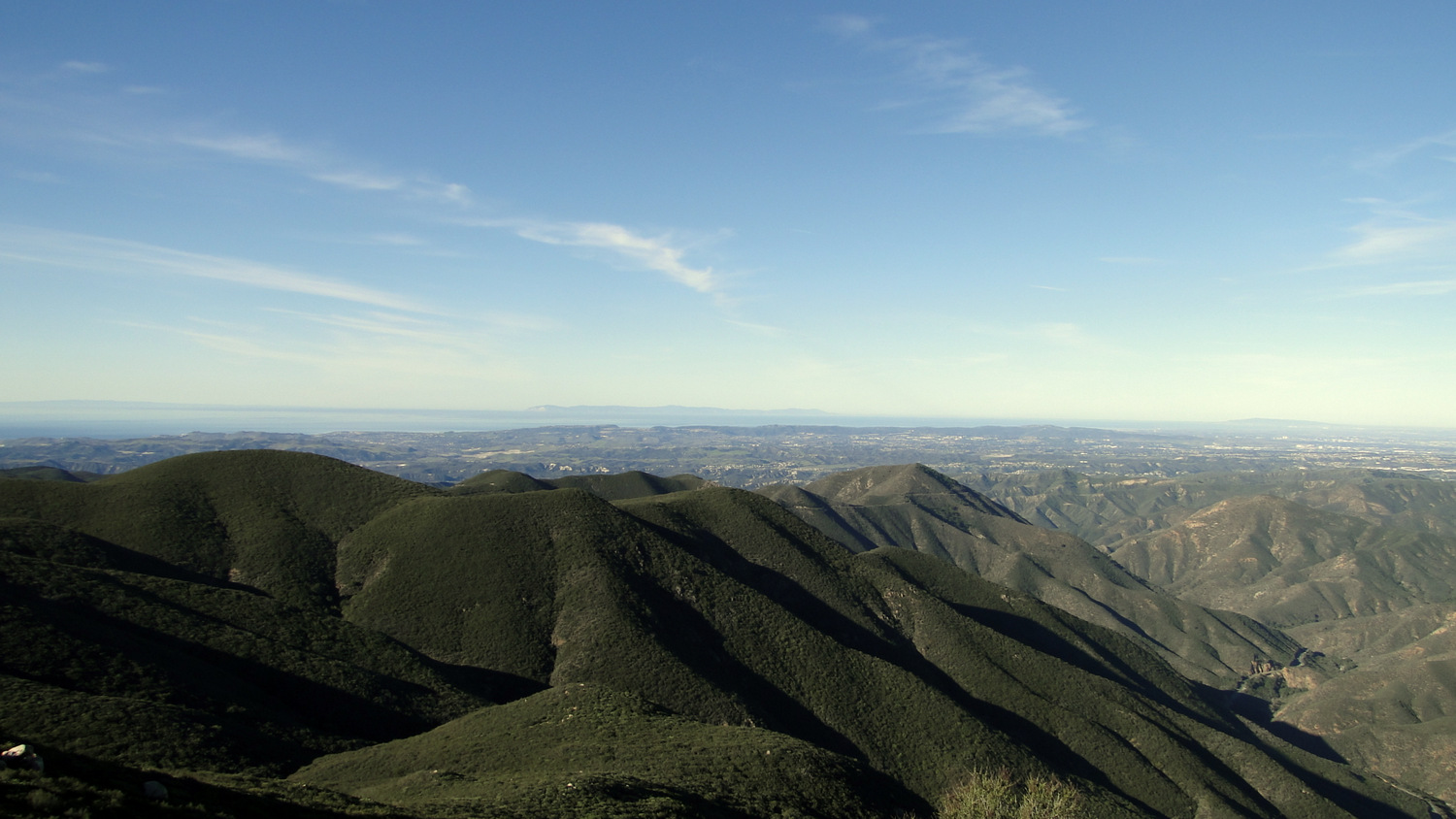 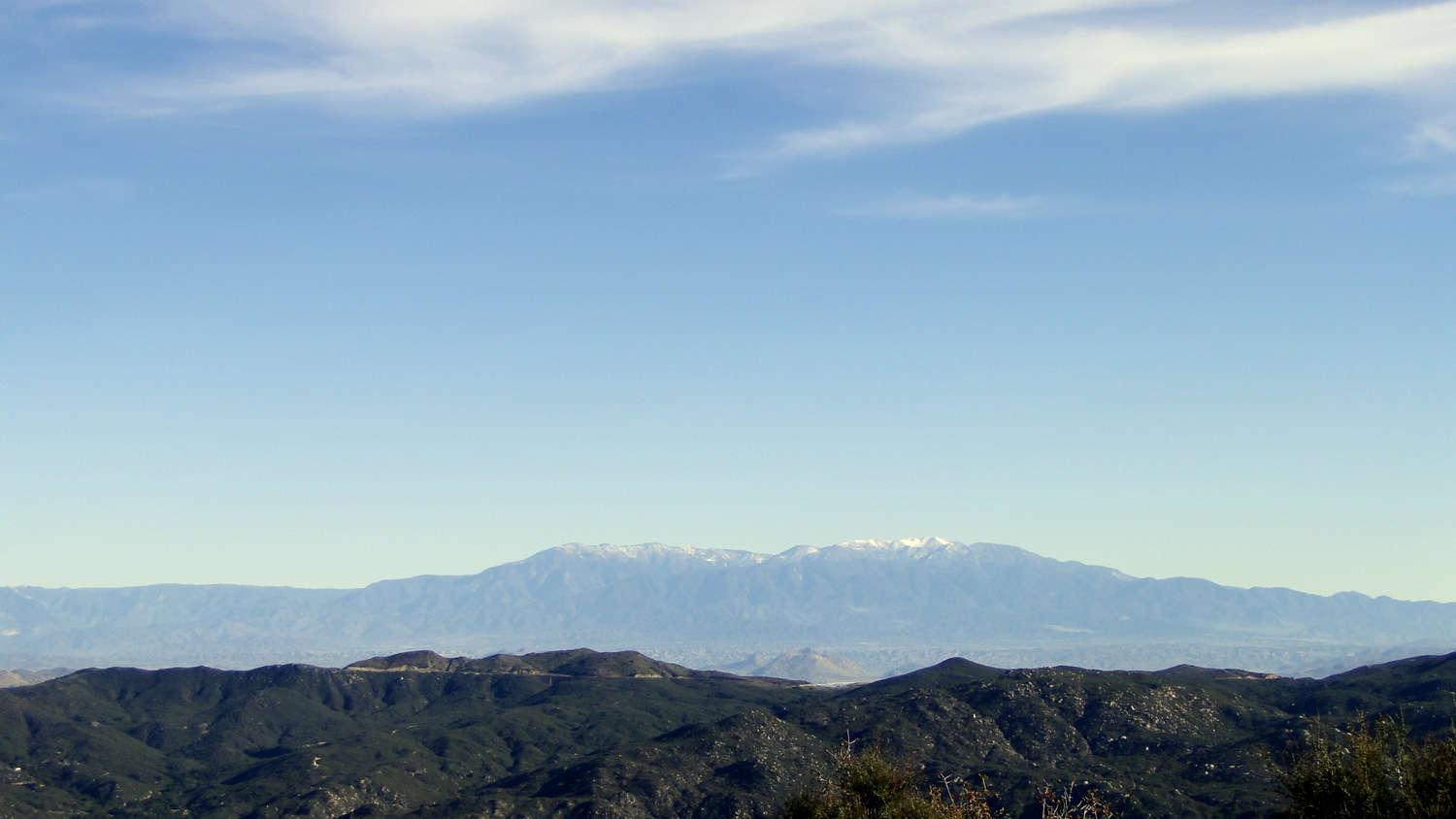 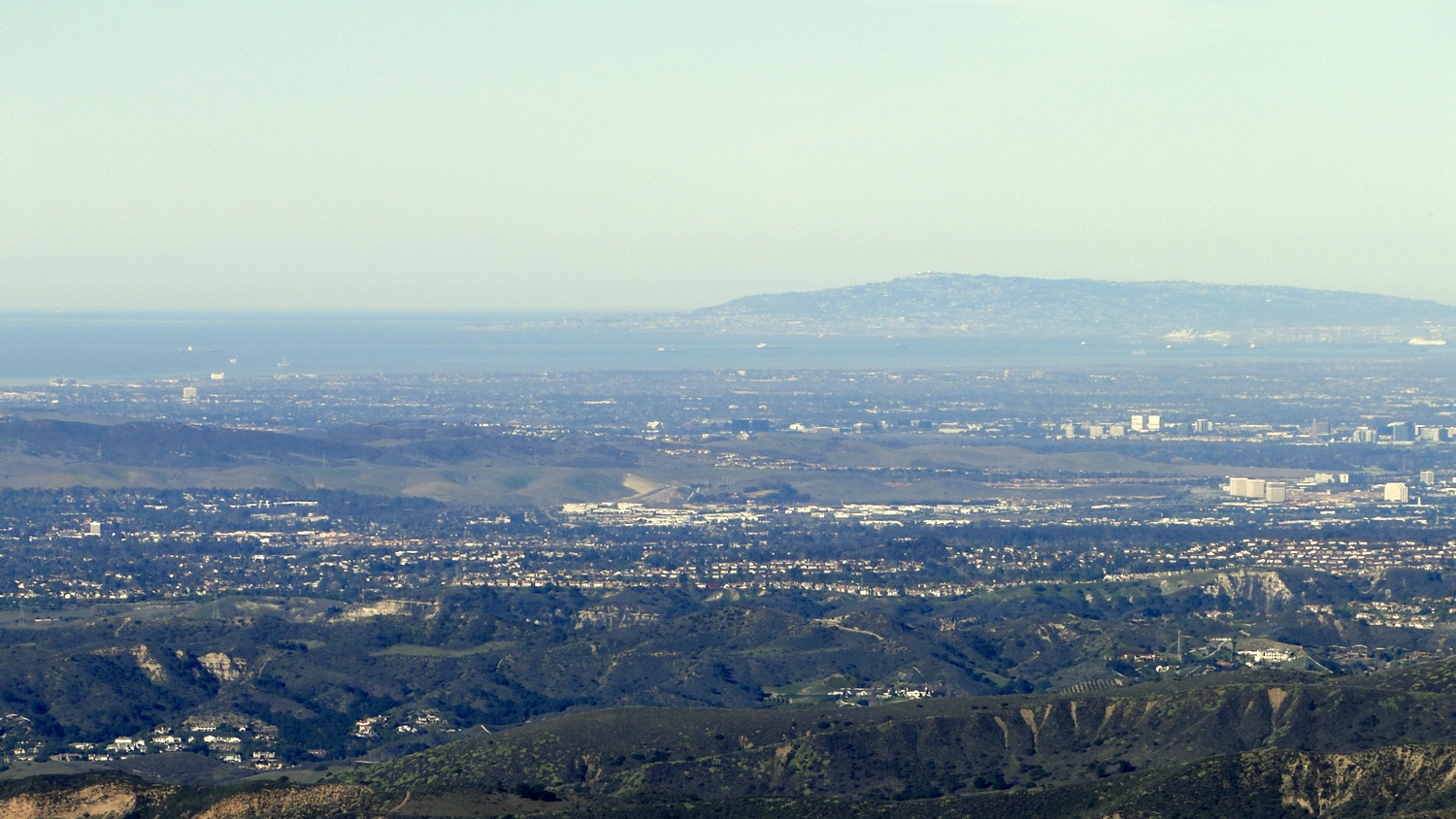 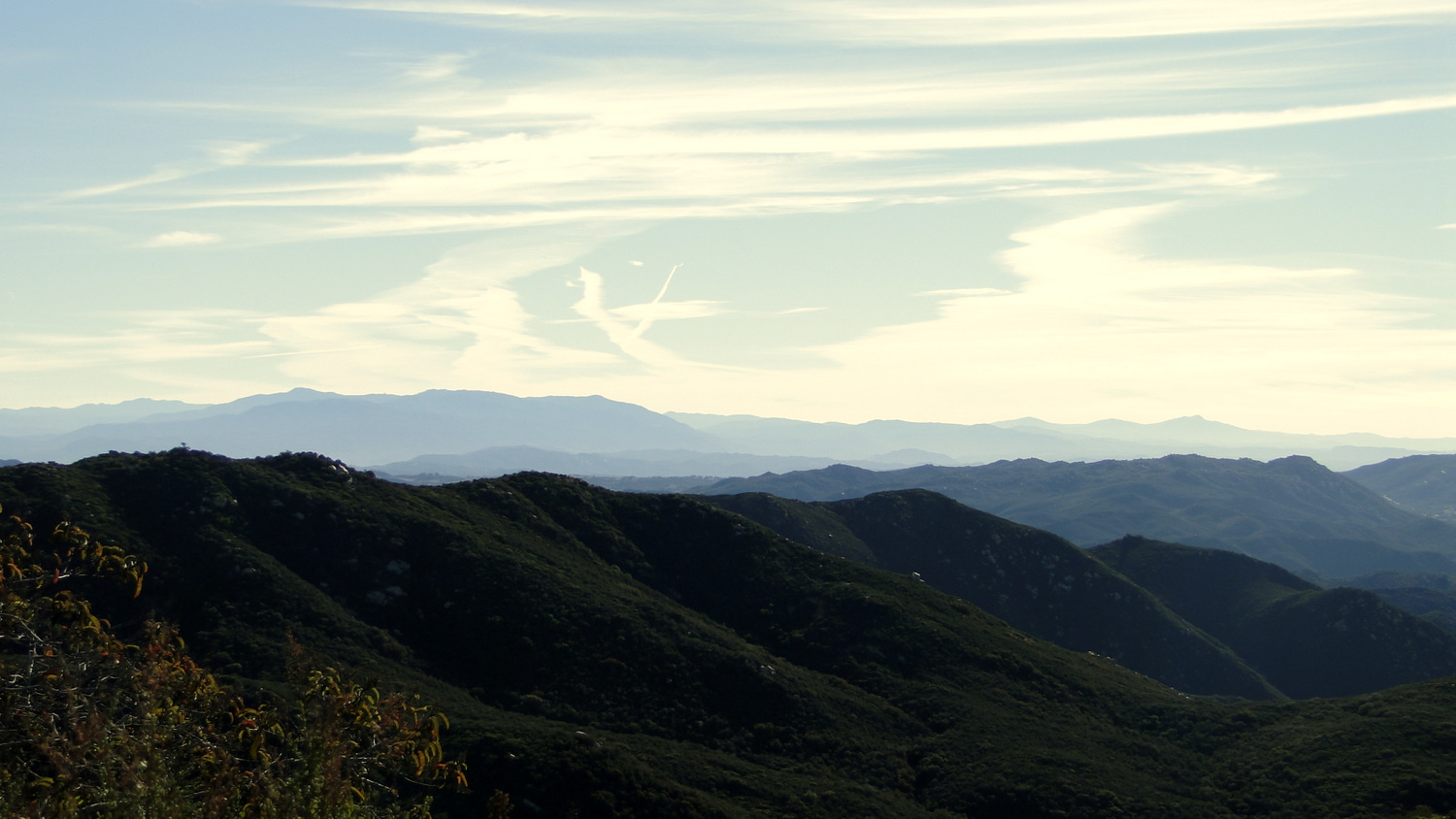 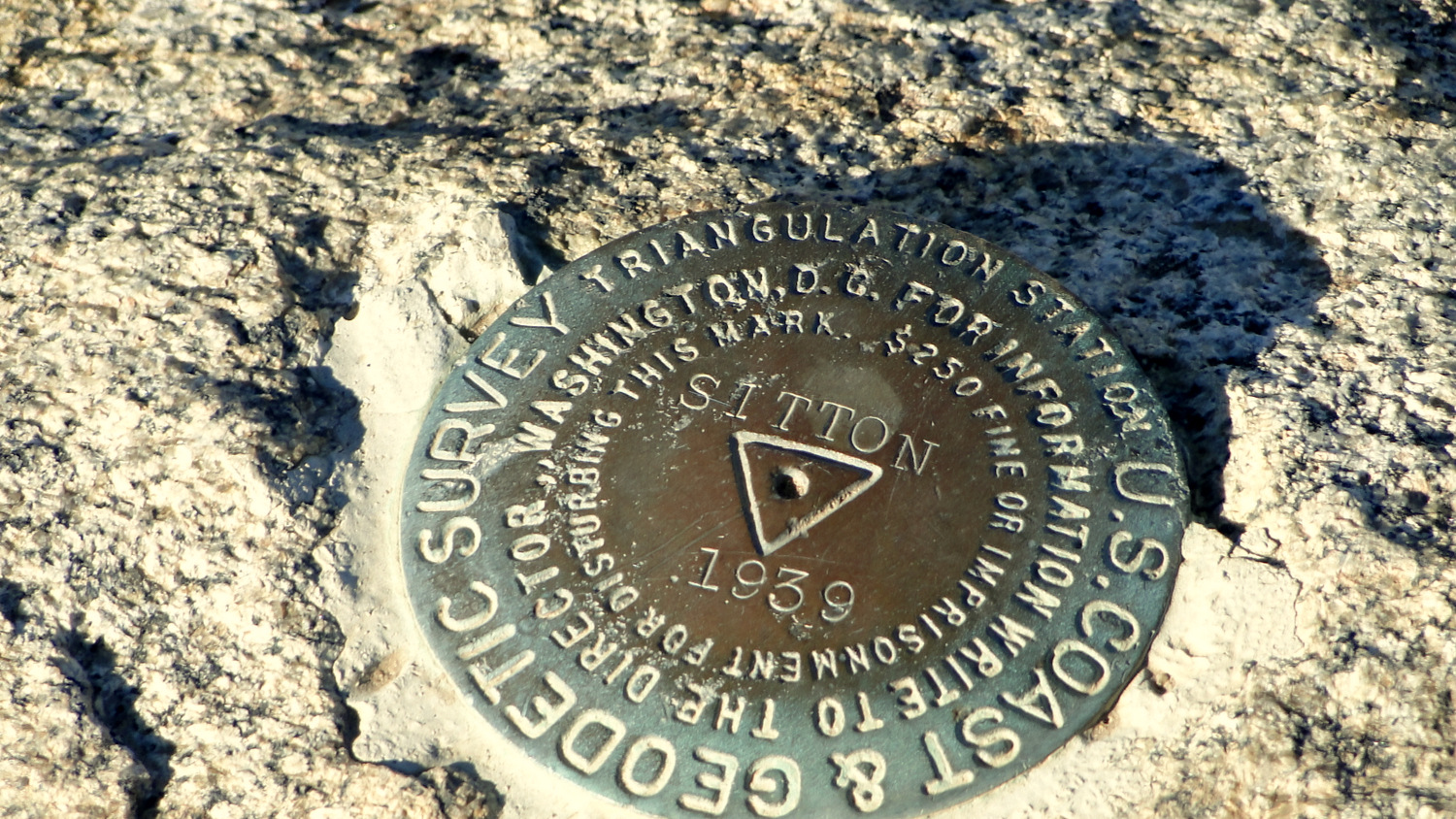 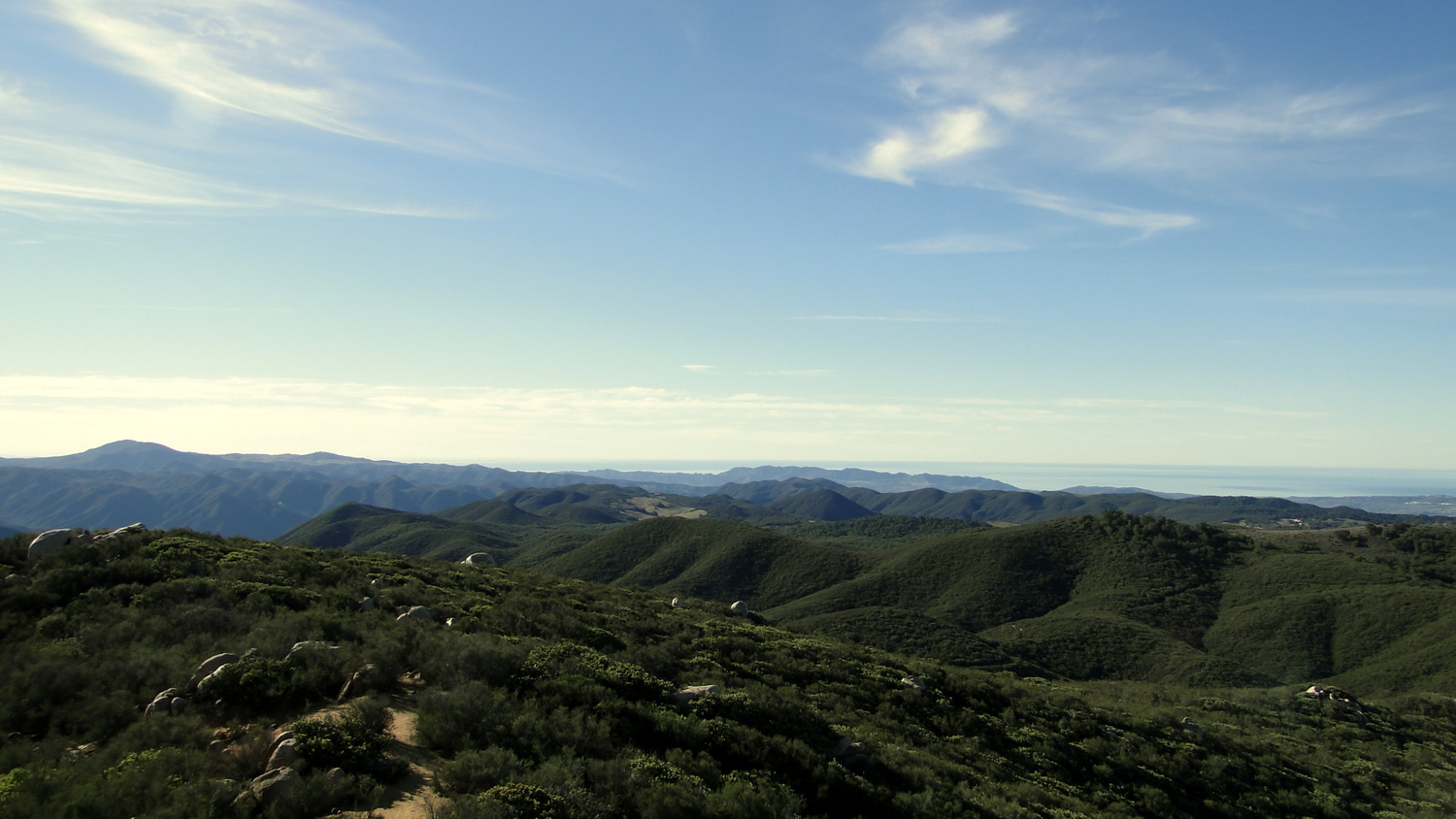 The trail is in pretty good shape all the way up to the final ascent of Sitton Peak. At that point, the trail is a rough, unmaintained climb up a rocky, scrubby slope that will get you huffing and puffing pretty good.

The nearest camping area is Blue Jay Campground. You can also backpack in the San Mateo Wilderness, but you will first need to obtain a permit through Cleveland National Forest's Trabuco District office.

Take I-5 to Highway 74/Ortega Highway, and travel east toward Lake Elsinore. Turn left into the parking lot directly across from the Candy Store and display your Adventure Pass. From Riverside County,