Author’s Note: A 2019 wildfire burned a significant portion of the plateau, and the trails remain closed south of Clinton Keith Road indefinitely.

Long ago, much of the flat areas of Southern California were covered with endless grasslands punctuated by several different types of oaks, including coast live oaks, valley oaks, and Engelmann oaks. These flatlands included much of the Los Angeles Basin through the San Gabriel Valley and Inland Empire. Further south, the grasslands stretched across the vast coastal plains of Orange County before meeting the natural divide of the Santa Ana Mountains. On the east side of the Santa Ana range lay drier, but no less grassy and oak-y plains in Murrieta and Temecula. 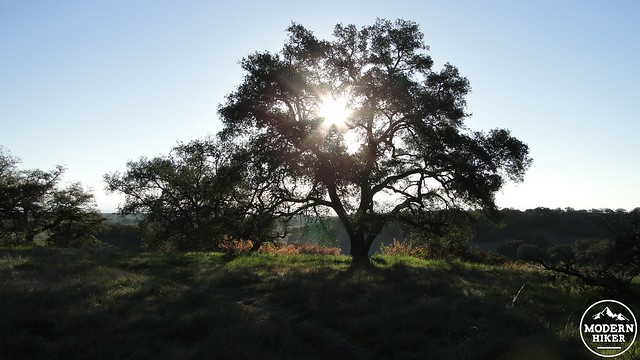 However, flat lands close to the coast in the fine climate of Southern California would not last long as urban development replaced  the grassy, oak-studded savannas. As of 2014, only a few isolated pockets of these grasslands remain, with the Santa Rosa Plateau being the best preserved. The 9,000 acre Ecological Reserve protects a rich woodland of Engelmann oaks along with native grasslands on a volcanic plateau on the southeast end of the Santa Ana Mountains in Riverside County.  This relict ecosystem protects 200 species of native birds, 49 species of endangered animals including mountain lions, pond turtles, and the fairy shrimp that populate the ephemeral Vernal Pools. You will also find the oldest structure in Riverside County, as well as an extensive network of biking and hiking trails. 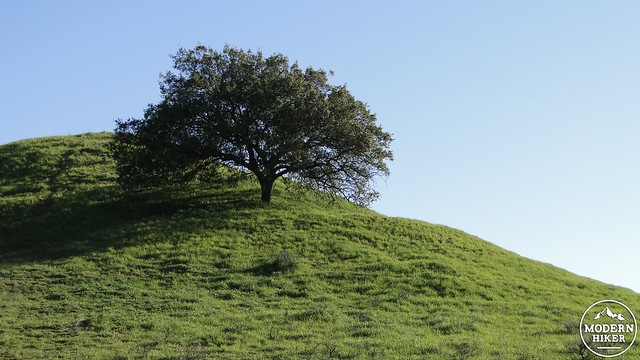 Like much of Southern California, this land was originally occupied by a band of Native-Americans now known as the Luiseno Indians. The Luiseno harvested the acorn masts produced by the abundant coast and Engelmann oaks found throughout the region while hunting the mule deer and smaller mammals that still populate the area today. Also like much of Southern California, this way of life came to an abrupt end in the 1820’s following the arrival of the Spanish, who “obtained” the land and handed it out as a 47,000 acre land grant that became known as Rancho Santa Rosa. The original owner, Juan Moreno, build a ranch house that stills stands and is believed to be the oldest building in Riverside County as well as one of the oldest in the Los Angeles metro region. The land passed from owner to owner until, in 1984, the Nature Conservancy of California purchased 3,000 acres of the property, which was rapidly being developed into high-value homes. Locals and the Conservancy wished to purchase more of the land, but when funds became short, the involved parties (residents, County, and Conservancy) cut a deal with the Metropolitan Water District of Southern California, which was seeking to create a new reservoir. This allowed the purchase of more land in exchange for development rights elsewhere, thus expanding the reserve to its current size. 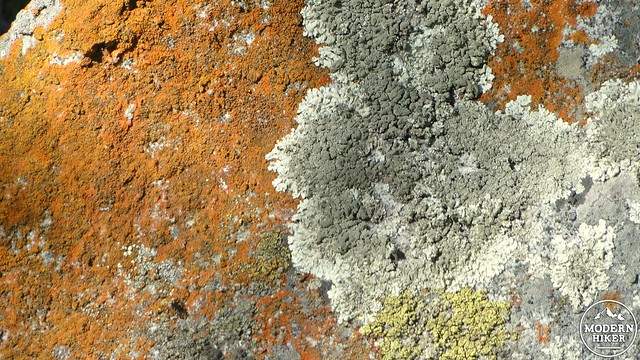 The fungi took a lichen on a rock

Today, the reserve is governed by four separate agencies, including the state, the county, the Nature Conservancy, and the U.S. Fish and Wildlife Service. The cost of entry for the reserve is a modest $5 (as of 2020), and can be paid either at the beautiful park headquarters building or by cash at a number of iron rangers located at various trailheads. This consortium of governing bodies works together to protect the various endangered species in addition to the endangered landscape. Thankfully, the governing bodies do so effectively, meaning that the Engelmann oaks, native grasslands, extensive wildflower fields, and vernal pools will remain protected for some time to come. 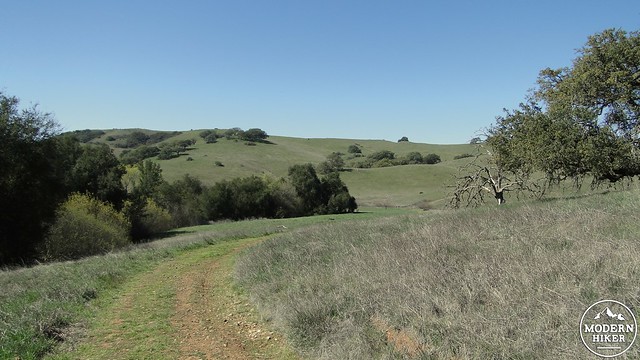 This fairly easy hike showcases some of the highlights of the park, including all of the above-mentioned features as well as the adobes. Starting from the Vernal Pools Trailhead, you will pass by a shaded info kiosk offering maps, an outhouse, and some warnings about the presence of mountain lions and the importance of remaining on trail. The trail then emerges onto an open grassland, with groves of oaks to the left and semi-rural suburbia to the right. At 0.1 miles, make a left turn onto the Los Santos Trail, which will undulate and wind its way through a few shallow ravines with a full complement of Engelmann oaks. The Engelmann was once also known as the Pasadena oak due to its seeming omnipresence in that area prior to development. It is no longer called that, as the only Engelmann’s remaining in the area are protected at the Huntington Library. Santa Rosa protects the last great stands of these trees, which are smaller relatives of the towering and beautiful valley oaks of the central coast and valley. In season, you are likely to see a variety of wildflowers lurking in the grass, which grows thick and green beneath the oaks. Note that grass is not the only thing to grow under oak trees. You are likely to find dense thickets of poison oak beneath oaks, as well as in bushes along the path in some spots. It is important to be able to recognize poison oak, which will allow one to avoid it. 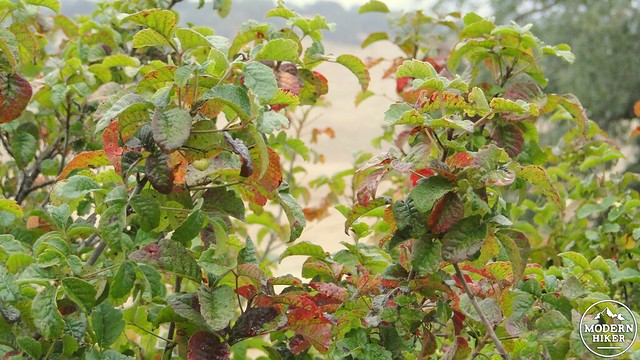 This is poison oak

The Los Santos Trail will cease its undulations after a mile or so before beginning a gentle descent into another flat plain. The trail will reach a T-junction at which Los Santos will continue left and a short connector will lead you to the Ranch Road. Follow the connector and emerge onto Ranch Road, which is a wide, even dirt road traversing the western part of the reserve. This is where you are more likely to encounter traffic, including the occasional mountain biker and trail runner. Unlike single-track trails though, there is plenty of room for everyone. Since the road is smooth and predictable, this is a good opportunity to enjoy the close-up views of the bunch grass prairie against the far-off views of Mt. San Jacinto and Mt. San Gorgonio, which will be constant companions throughout the hike. During the winter and spring, you can enjoy views of snow-capped peaks while crossing through vibrant green plains studded with wildflowers. 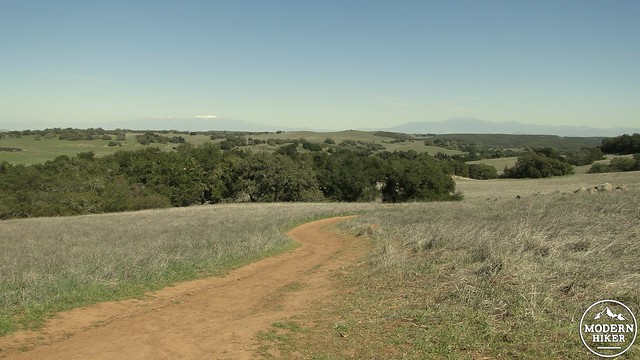 At 1.5 miles from the Los Santos T-Junction, the Ranch Road will pass through a thicket of coast live oaks before emerging at the reserve’s historical structures. Prior to this, you may notice a windmill and some non-native palm trees indicating the presence of a human habitation. Soon, Ranch Road will spit you out at the Adobes, which offer a fine place to stop and enjoy a picnic lunch. While the interiors of the buildings are closed, there are numerous picnic tables and benches placed in the courtyard, which is shaded by an enormous coast live oak. This also marks roughly the halfway point of this hike, and is therefore a great place to stop, rest, snack, and enjoy the peace and quiet of this historic site. 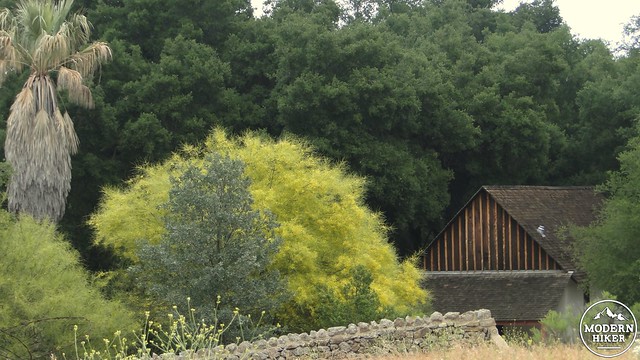 After drinking in your fill of 1840’s real estate, you will return back onto Ranch Road and head back the way you came. Past the thicket of oaks, you will immediately come to another junction with the Vernal Pool Trail. The Vernal Pool Trail begins a moderate climb up a slope, revealing again the views of Mt. San Jacinto and Mt. San Gorgonio. After cresting the hill, the trail will continue on again through a patch of chaparral consisting mostly of lichen-draped chamise and scrub oaks. In late spring, you are likely to see a number of different wildflowers blooming, including the above-mentioned chamise, but also monkey flower and sage. The trail passes out of the chaparral and takes another quick climb before emerging at another flat expanse that contains the vernal pools. 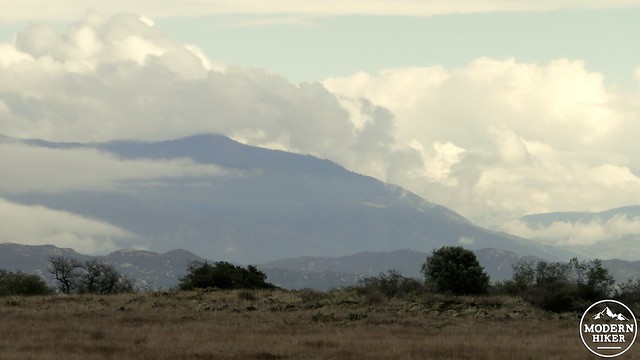 Palomar Mountain from the vernal pools

The vernal pools are rare natural features that were once a bit more common in Southern California, but, like the Engelmann oak, are now restricted to a handful of locations. The plateau itself is a volcanic remnant. As volcanic basalts are more resistant to water than sedimentary or even granitic rocks, they erode more slowly and are not as permeable. The quality of non-erodability explains why this plateau stands above Temecula and Murrieta, while much of the surrounding landscapes have eroded at a faster pace. The impermeability of the basalt means that water cannot sink down into the water table. Without anywhere to go, the water remains on the surface in large pools, which can become quite expansive during wet years. As the water collects, endangered fairy shrimp hatch and live out their ephemeral lives in the gradually evaporating pools. As the pools recede, they leave behind a ring of wildflowers that bloom where the water has recently evaporated. In wet years, this area is a great source of wildflower displays. A boardwalk allows visitors to walk over but not into the pools. It is crucial that you stay on the boardwalk, as this is exceptionally rare and fragile habitat. 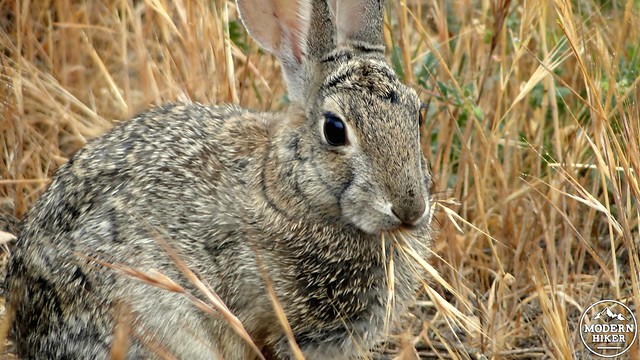 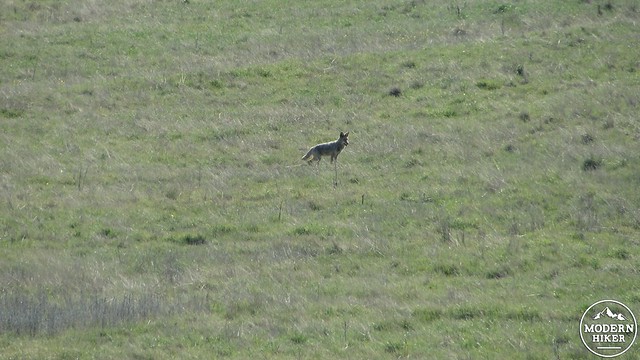 After enjoying the pools (or lack thereof during summer and fall), make your way back to the trailhead while enjoying a view south toward Palomar Mountain. The remainder of the trail is a flat and easy mile that passes by junctions with the Trans Preserve and Los Santos Trails before emerging back at the trailhead. You will spy a few more vernal pools off in the distance to the left, but these are not accessible and should be left alone. Upon reaching the trailhead, you will have completed the loop and can contemplate calling it a morning or afternoon, or you can consider a number of different hiking options within the reserve. 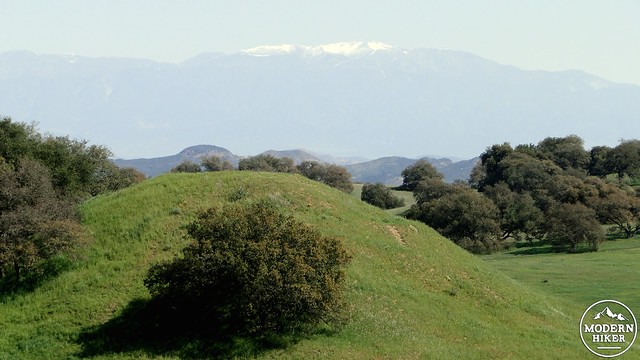 There are many miles of trail here, creating opportunities for different loops. This particular hike covers the main attractions, sans the visitor center, but it does not encompass other lovely areas such as Sylvan Meadows, Monument Hill, the Oak Tree Loop, and the Granite Loop. Eventually, these hikes will be covered, but should you wish to explore further, do be aware that the reserve’s provided maps are inexplicably upside down, with South facing up and North facing down. This doesn’t completely hinder navigation, which is really quite easy here, but it does make transposing left turns into right turns and vice versa into a mild nuisance. 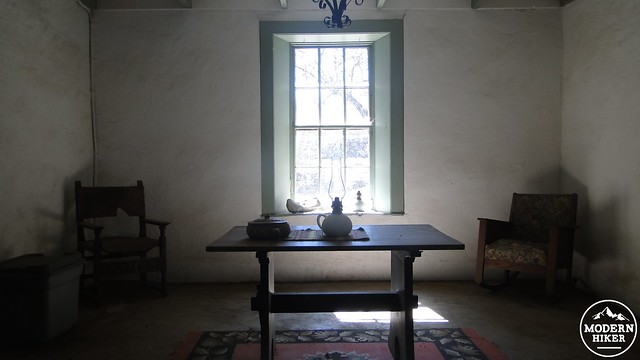 Given the rarity of the features here and the quality of what is preserved, the Santa Rosa Plateau is a hiking destination that should not be missed. Hikes here can reach all levels of difficulty, and for the less outdoorsy, there is a promise of the nearby Temecula wineries for a coda to what will undoubtedly be a fine afternoon in the sun. 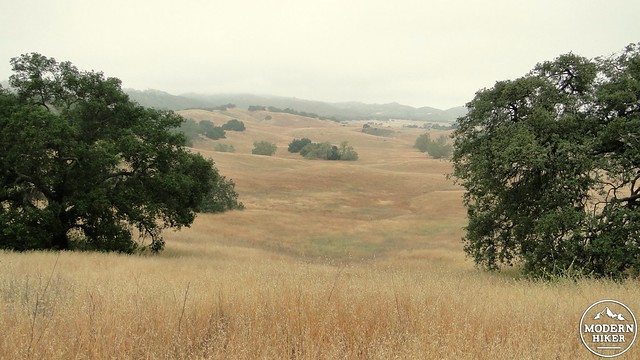 From the Los Santos 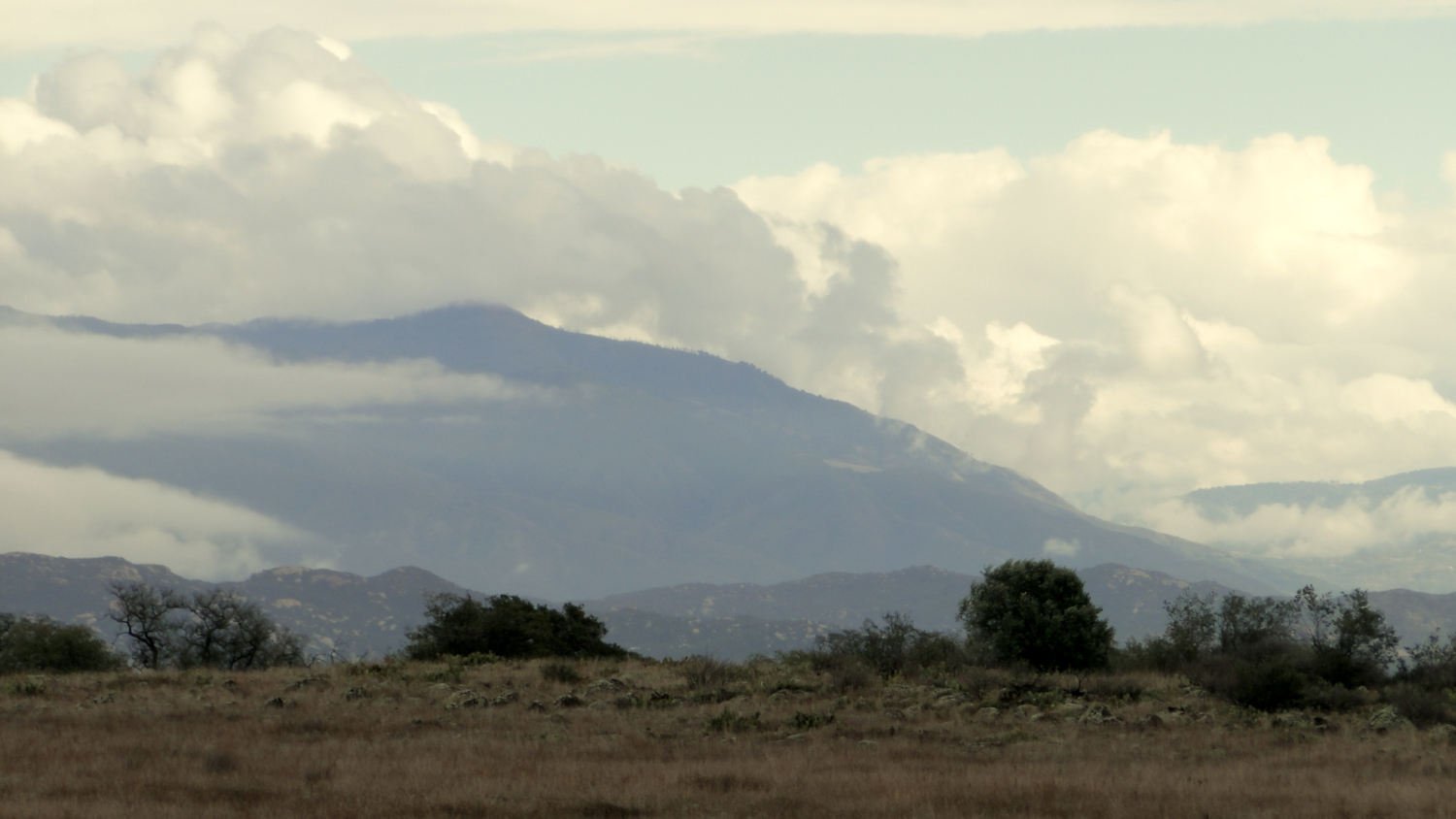 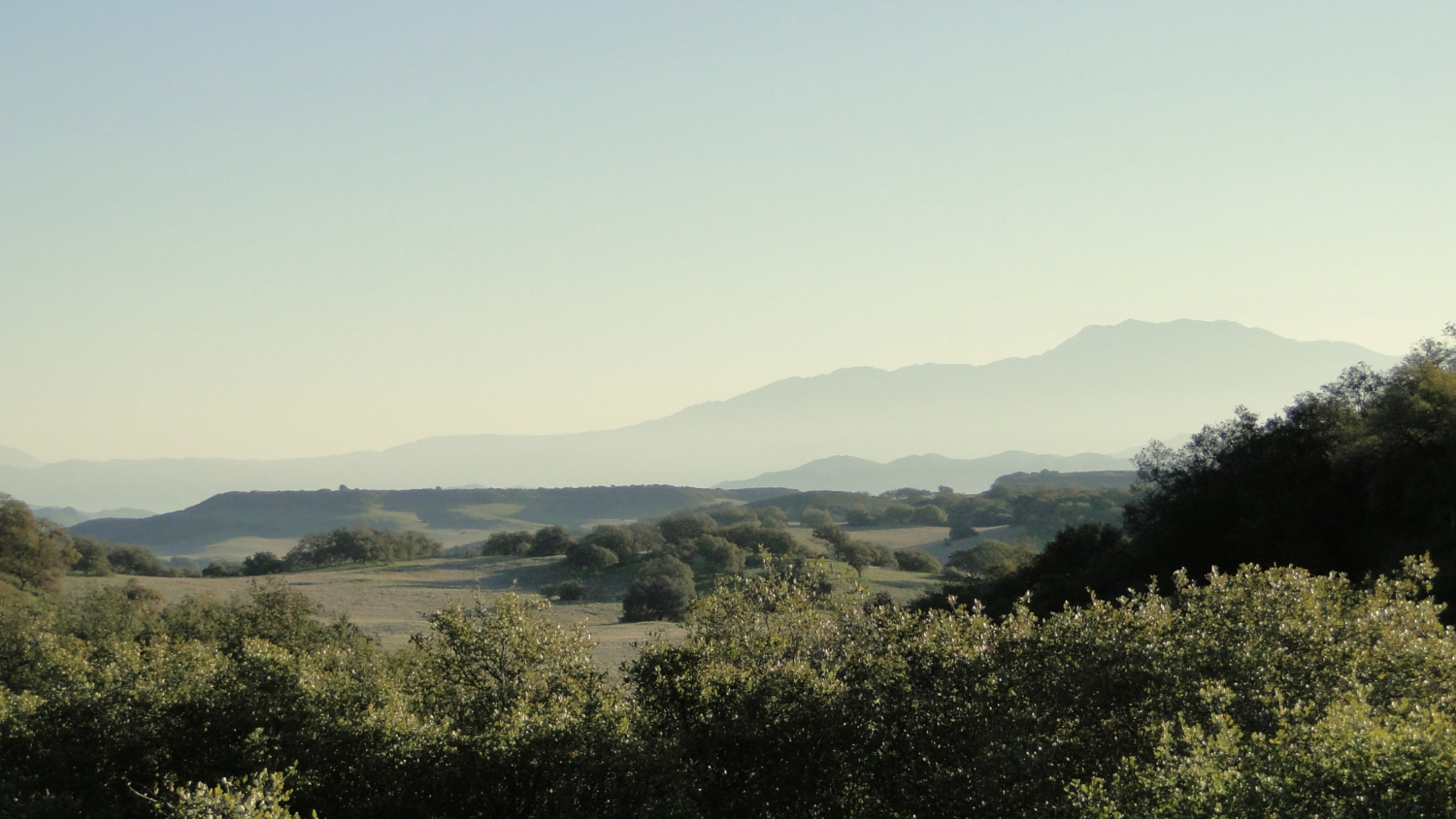 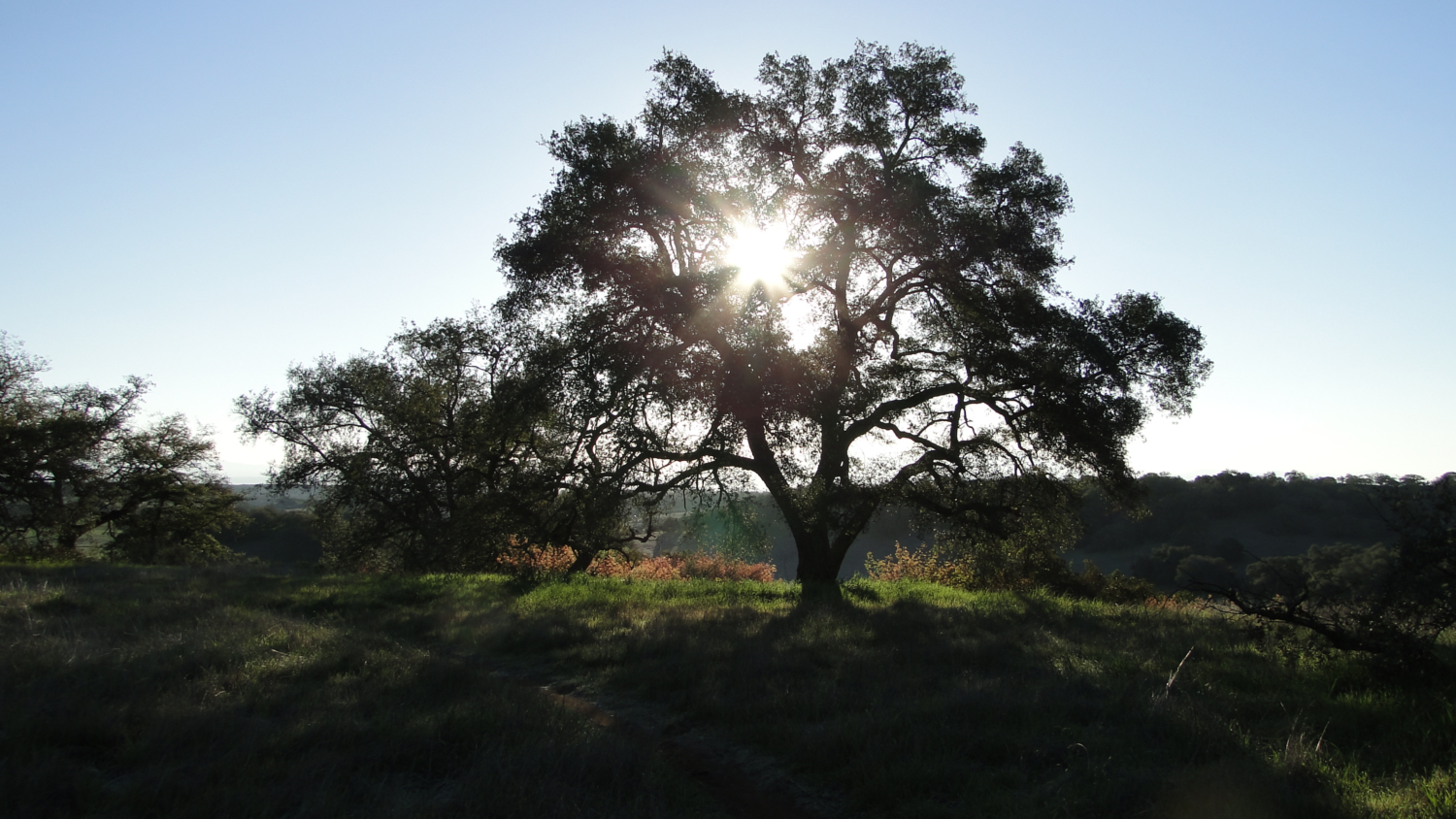 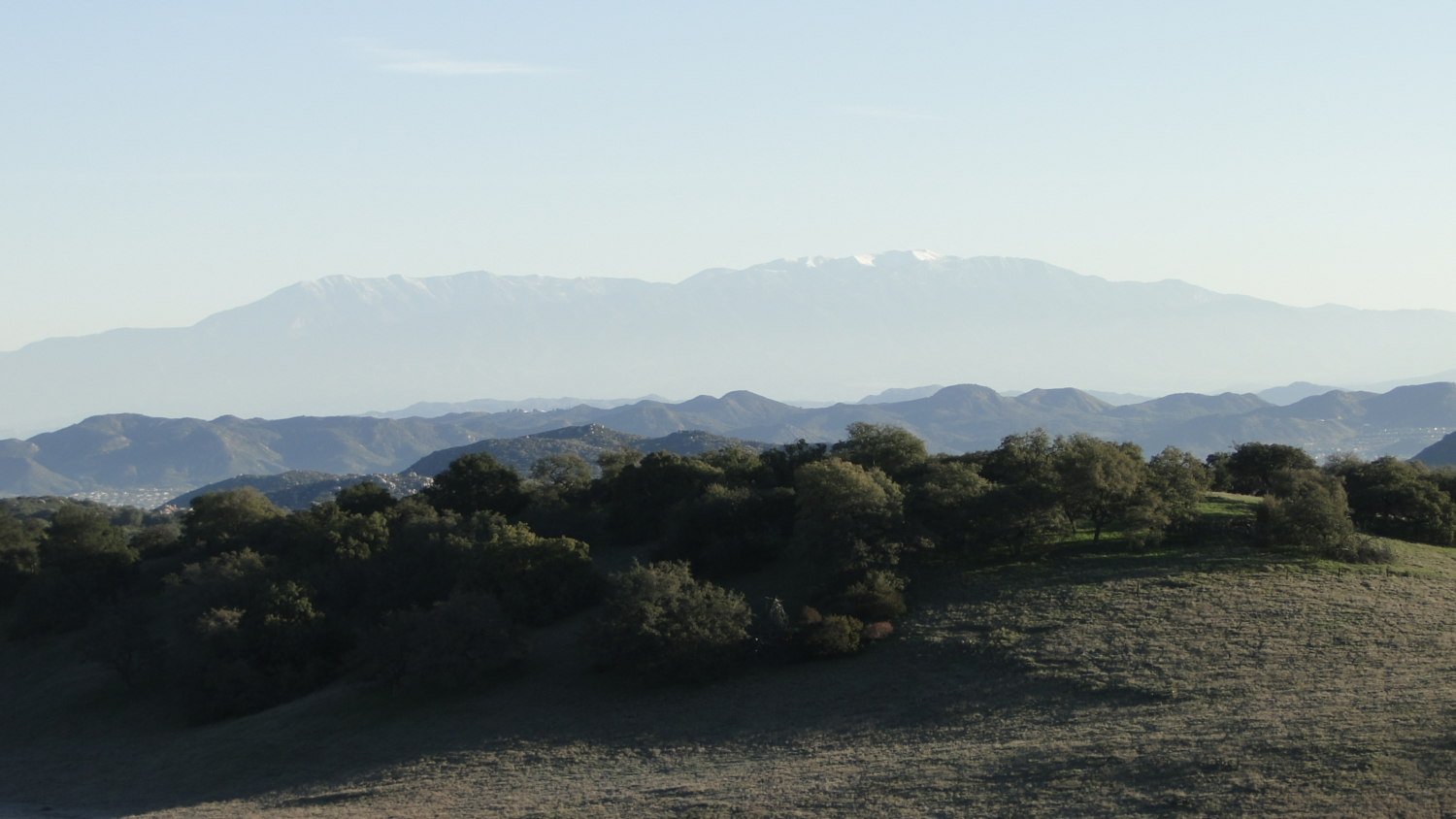 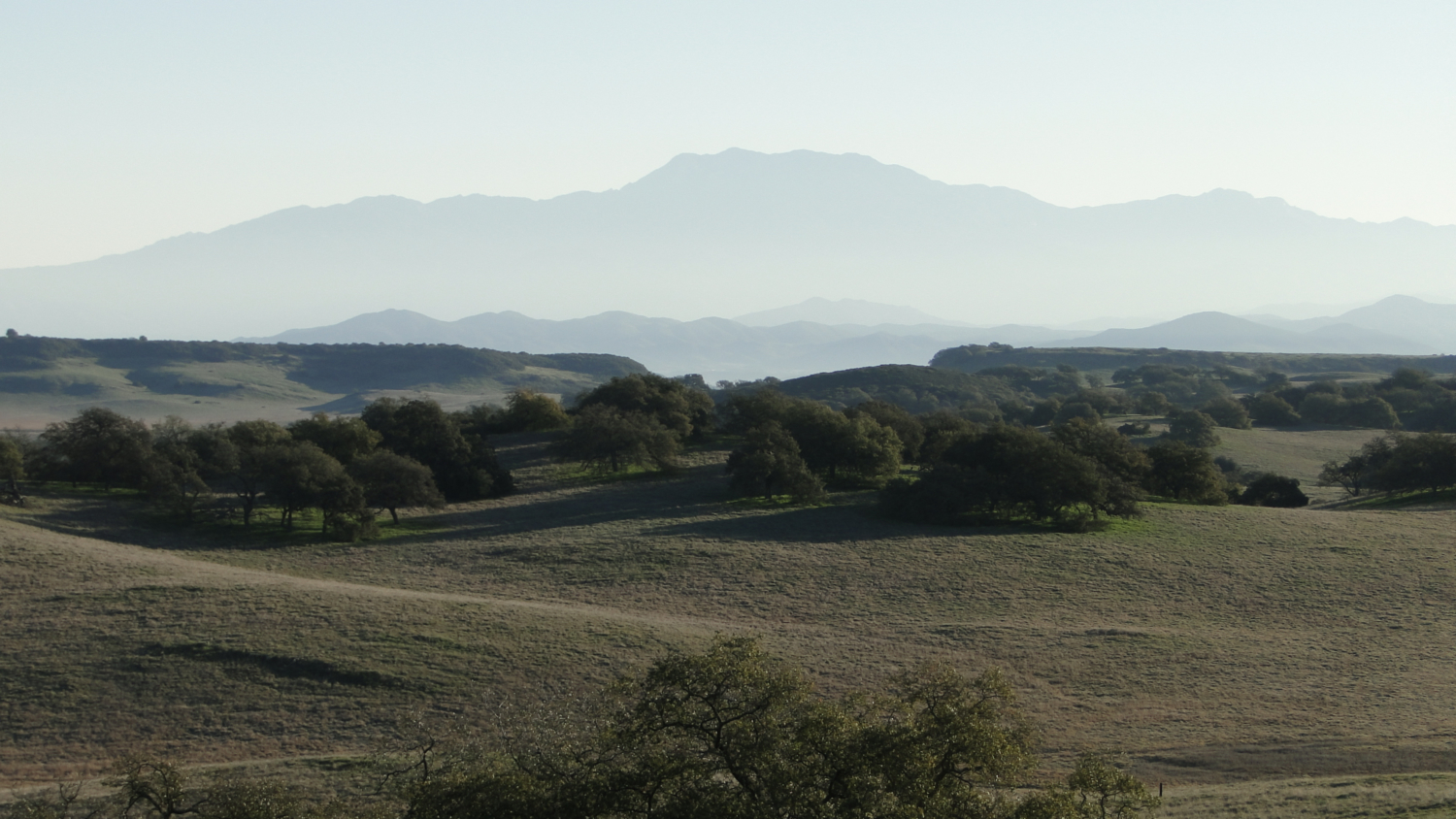 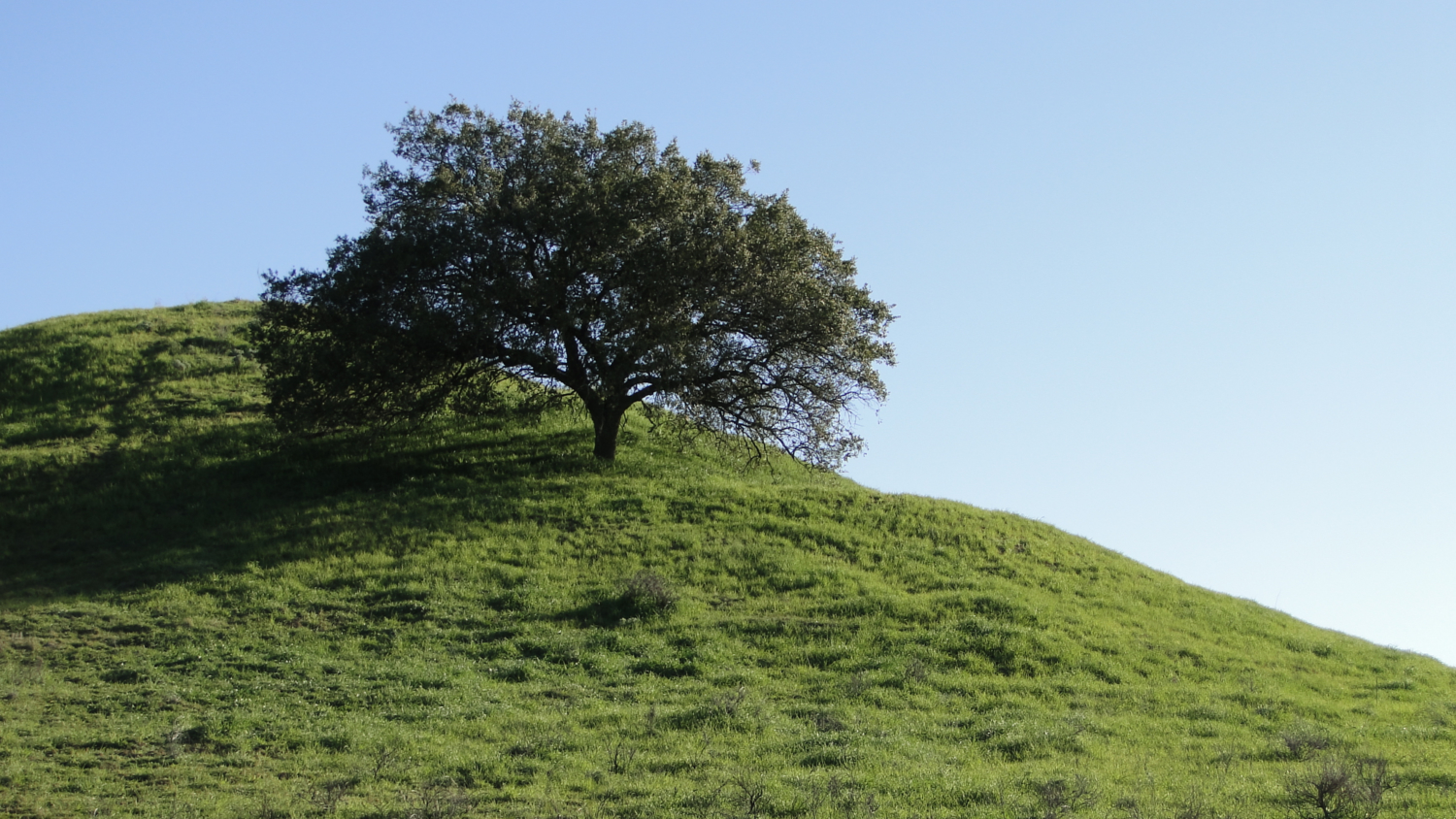 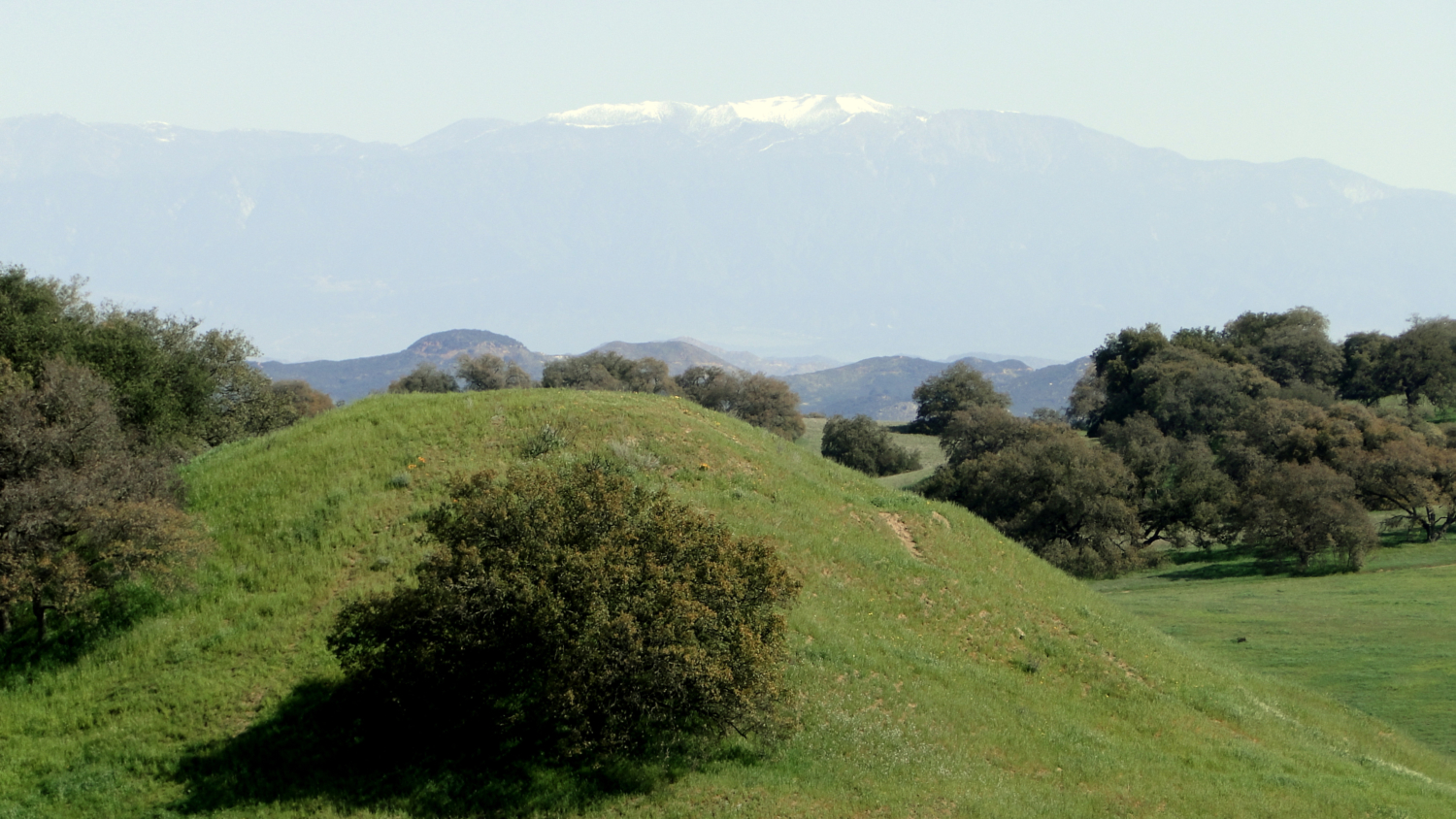 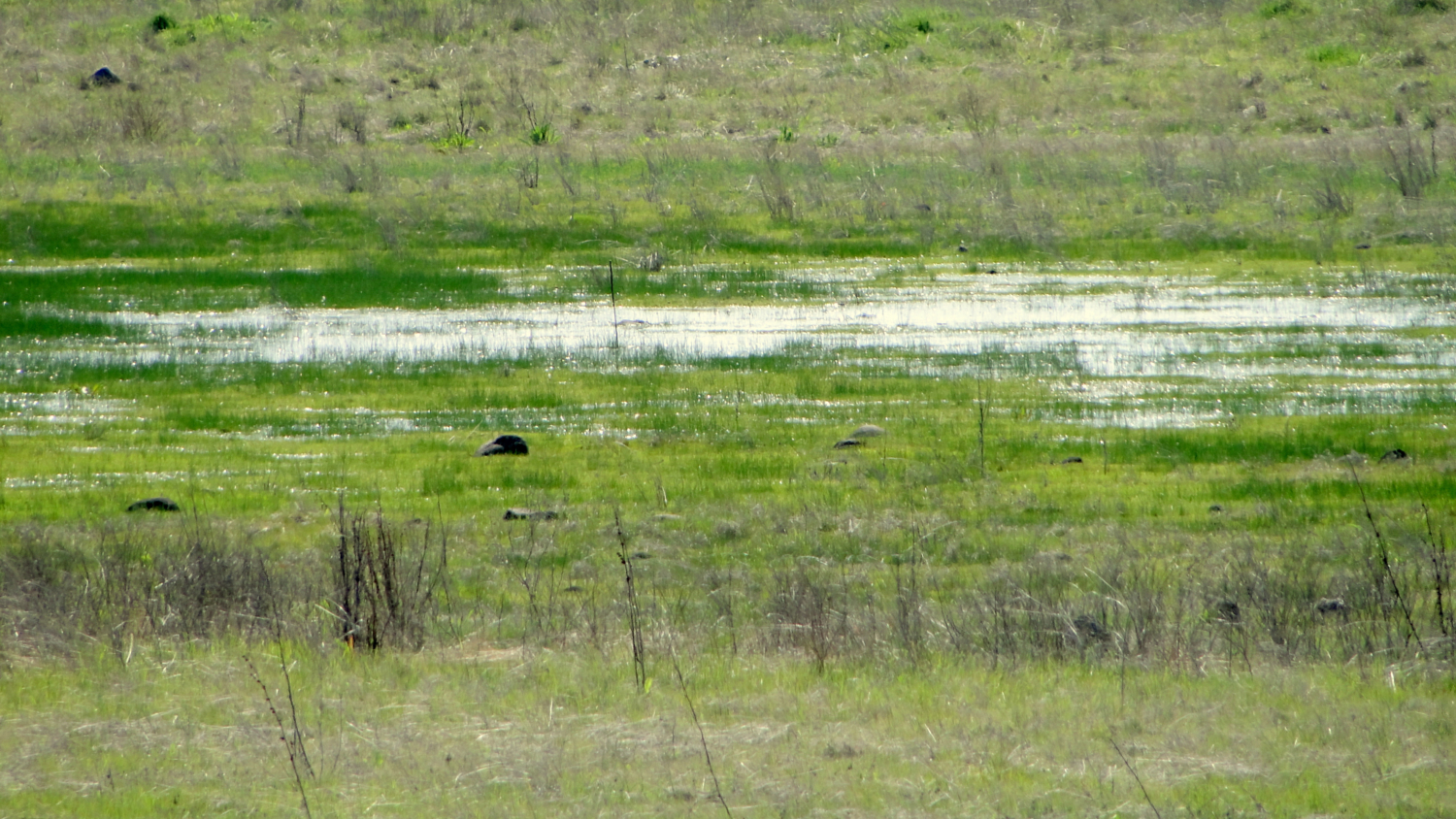 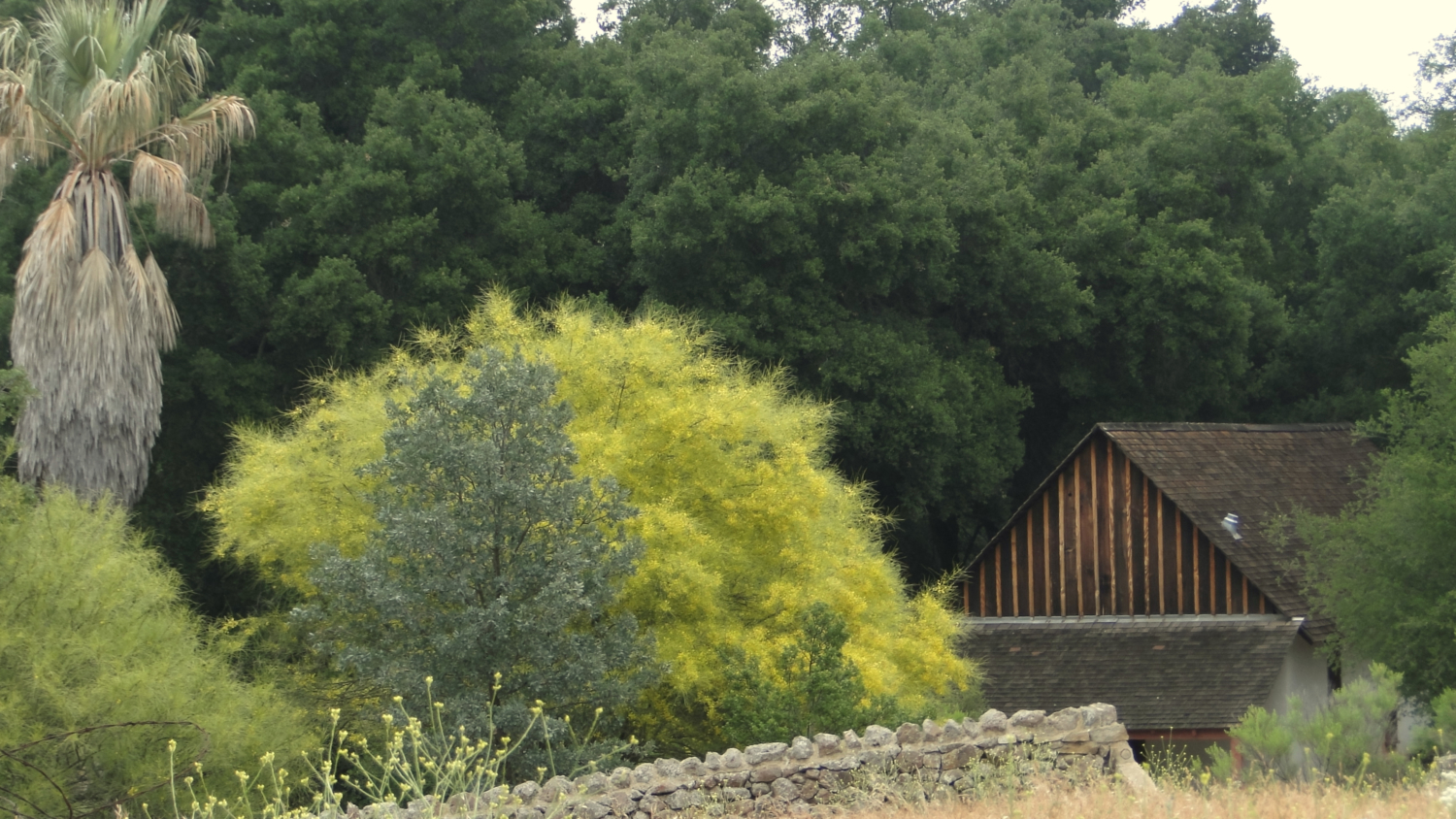 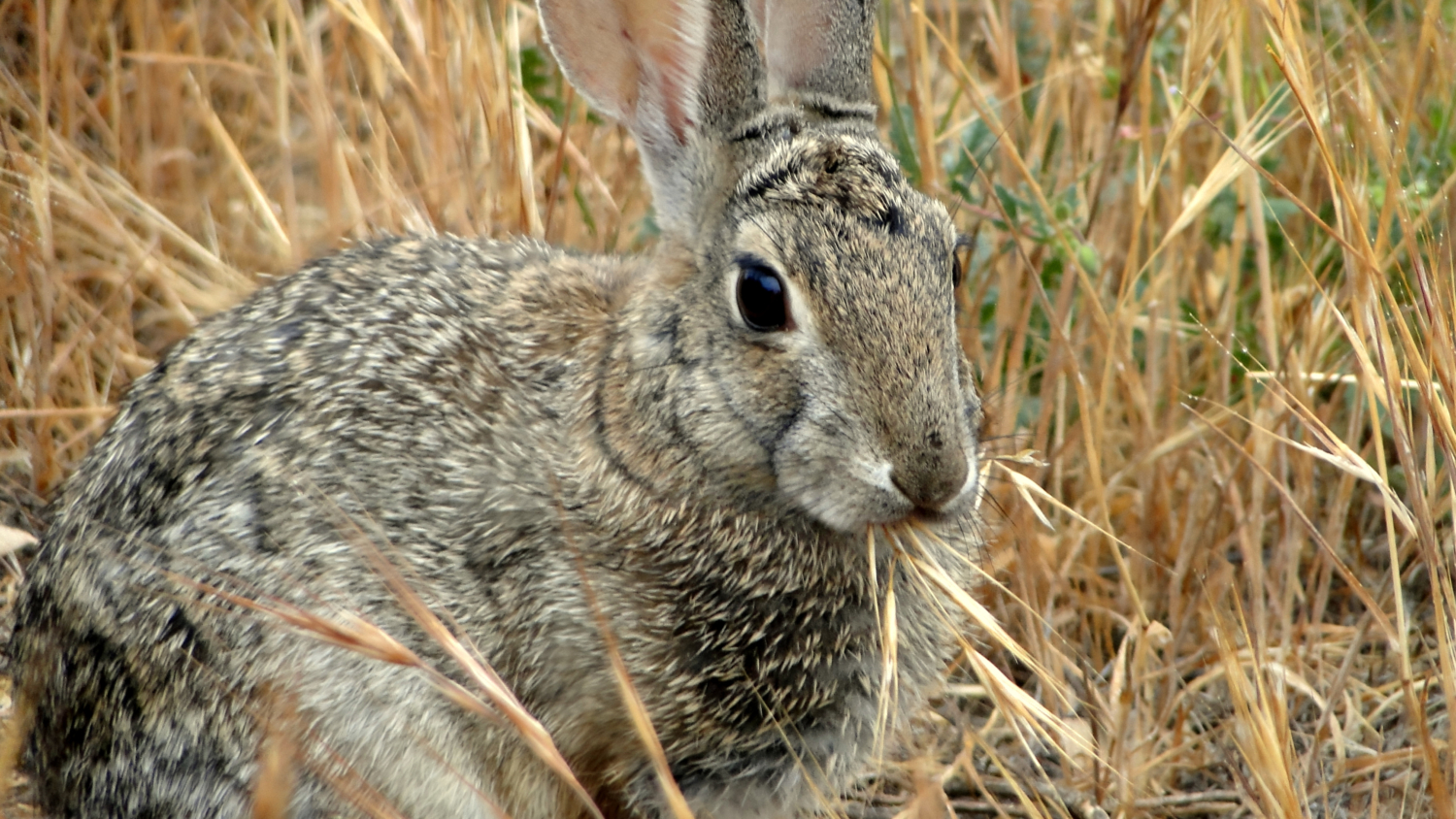 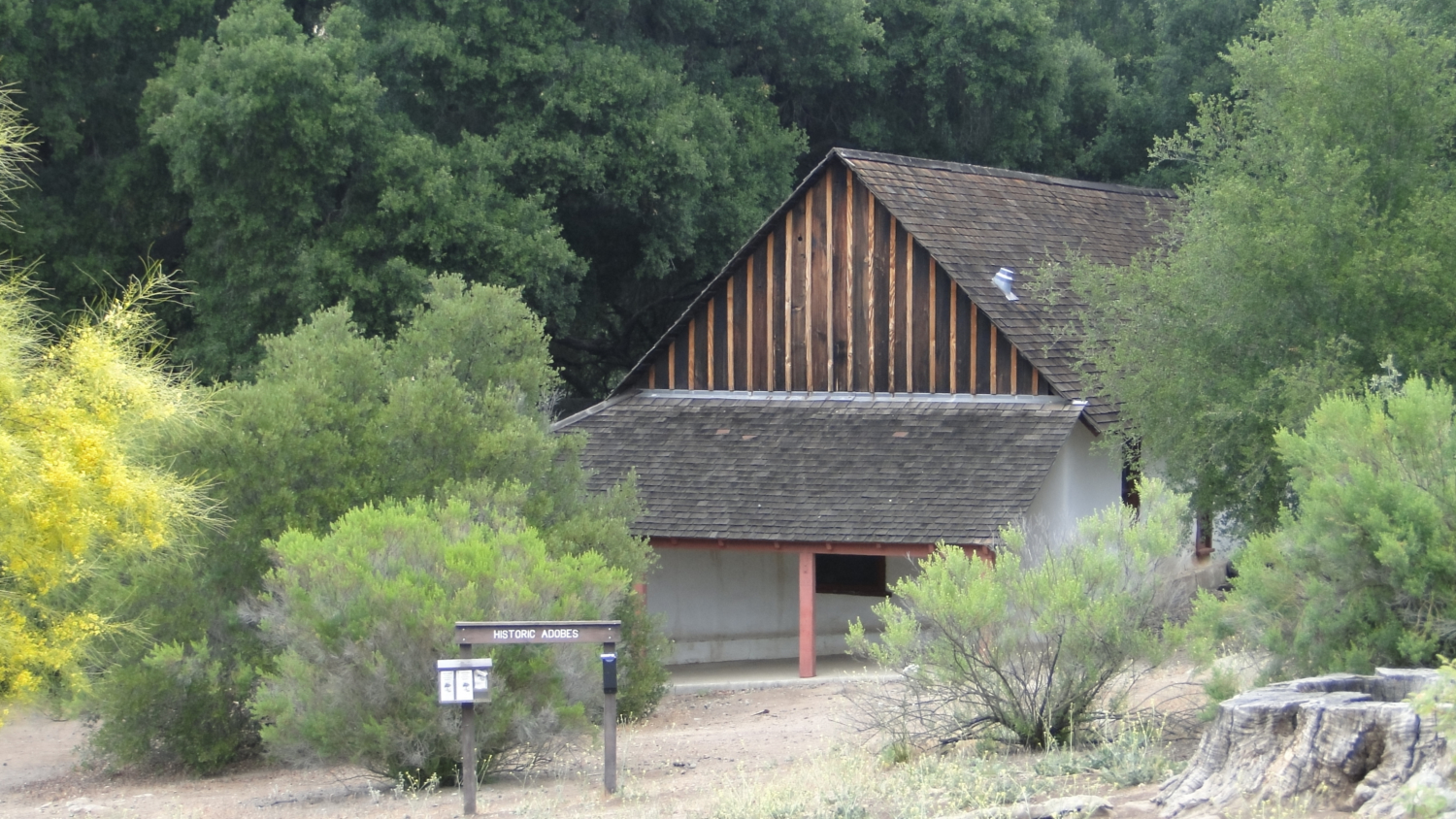 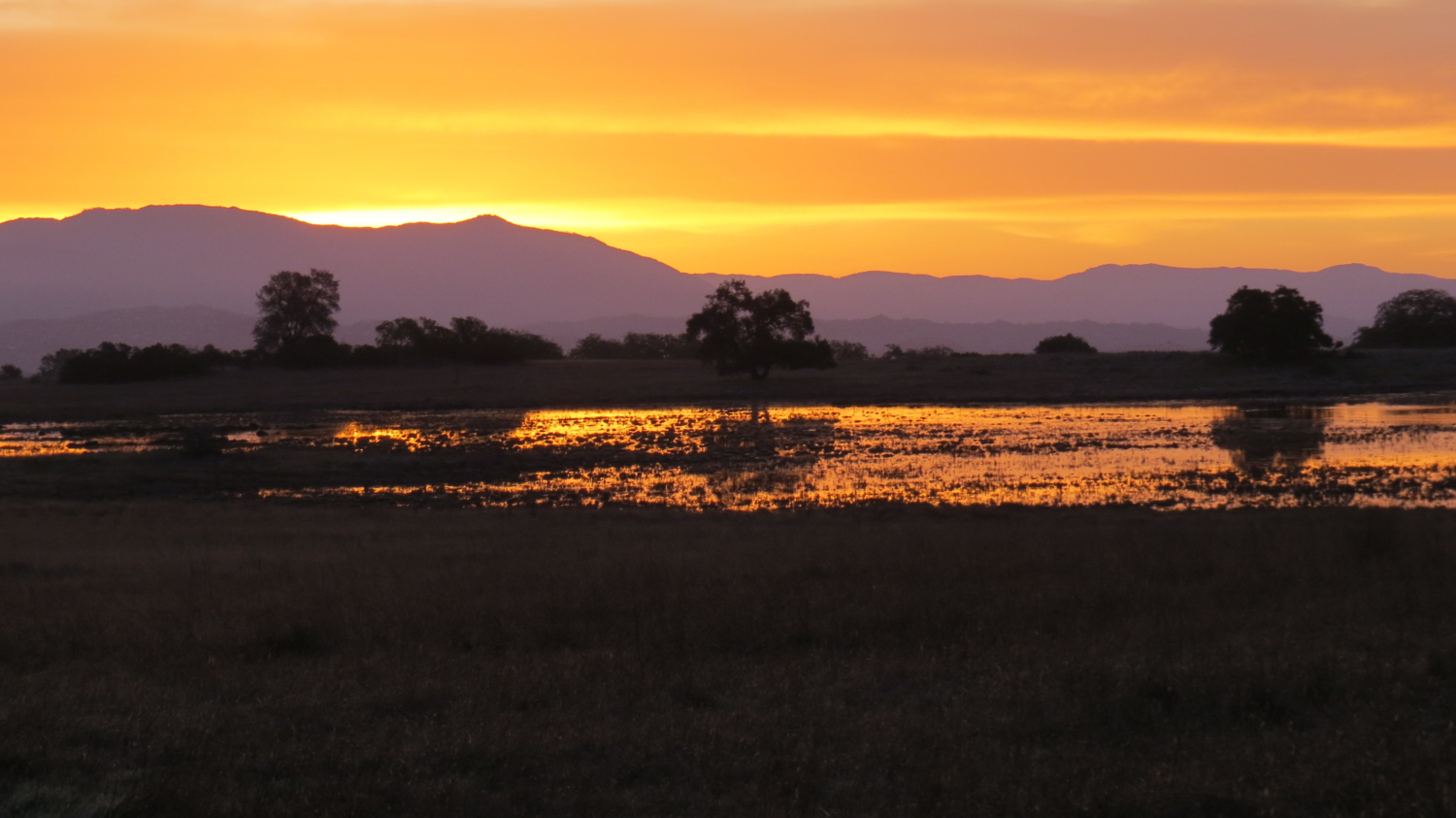 The trails are very well-traveled and well-maintained. During rainy weather, the single track trails become extremely muddy, but the larger fire roads, which feature a layer of gravel sand over the muddy basaltic rock offer better conditions.

From I-15, exit at Clinton Keith Road and follow it west through a ravine and up onto the plateau. Clinton Keith Road will become Tenaja Road, which will then become Via Volcan Road, provided you stay straight. The Vernal Pools trailhead will be on the left.