Ordinarily, I don’t consider a walk on a Southern Californian beach to be a hike. Most of the time, SoCal’s beaches are highly developed both commercially and residentially. While the ocean view is always a wonderful outdoor experience, the rest of the scene remains squarely in the middle of civilization without any flora, fauna (outside of the seagulls), or other natural features to give the impression of the outdoor experience associated with hiking. While one could obviously debate what really constitutes a hike, to me at least those outdoor qualities are crucial, and without them, you’re really only taking a walk (or perhaps just getting a really bad sunburn). 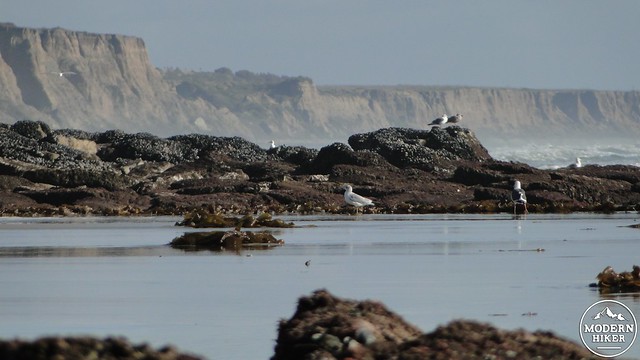 There are exceptions. While most of SoCal’s beaches are heavily developed, a few stretches in San Diego County remain preserved in a nearly natural state. Torrey Pines State Beach is a fine example, as many miles from the Penasquitos Lagoon outlet to La Jolla remain in a relatively pristine condition. Further north, San Onofre State Beach also remains remarkably well preserved, partially thanks to Camp Pendleton, which has preserved a large swath of coastal-sage scrub community along the beach that would have otherwise been developed years ago. 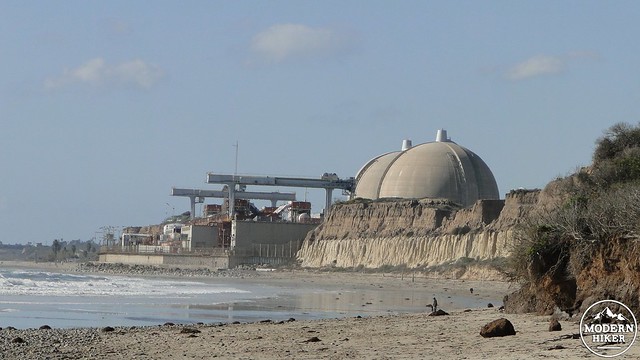 San Onofre is famous for something other than beaches, and anybody who has ever made the drive into San Diego can identify the very, um, distinctive shape of the San Onofre nuclear power plant. The plant, which is currently closed down, is the primary man-made feature near the beach. I cannot pretend that a nuclear power plant does not mar the natural beauty of the place, but fortunately the plant is not visible for the majority of the hike. 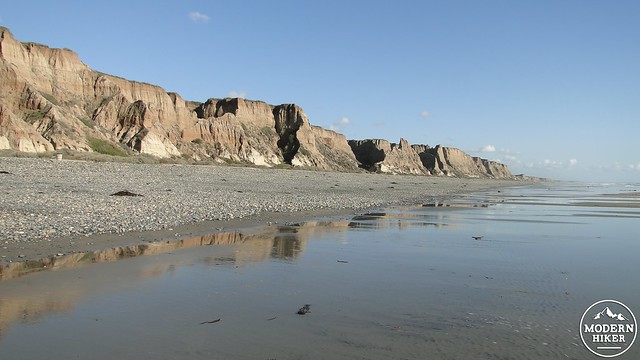 Miles of cliffs and beaches

What is visible for the majority of the hike are the placid (or turbulent) blue waters of the Pacific, tide pools, miles of smooth, soft sand, and the heavily eroded sandstone cliffs that take on fantastic shapes while stretching on for miles toward Oceanside. Given that a walk along this beach feels like a step back to a time when SoCal’s beaches were mainly occupied by sea lions, I have no hesitation considering San Onofre to be a legitimate (and extremely enjoyable) hike. 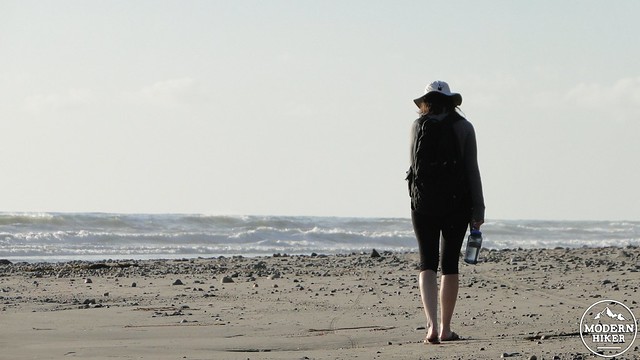 This trip begins at the first parking area immediately past the entrance kiosk. After parking the car, you will find a wide trail that enters the bushes and descends down the cliffs toward the beach. This area was recently hit in the May 2014 San Diego firestorm, during which time as many as 10 different fires were burning in San Diego County. The vegetation may be black from 2014-2016, but the scrubs and bushes should recover rapidly. In the meantime, there could possibly be a nice wildflower display on this brief stretch. 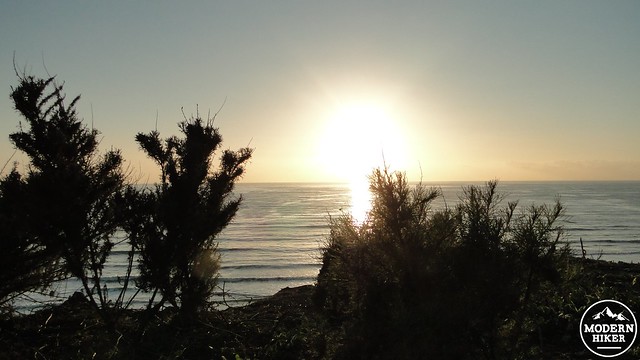 Sunset from atop the bluff

After about a quarter of a mile and 160 feet of descent, the trail will vanish, and the only “trail” will be the miles of sandy beach stretching out in front of you. Put the nuclear power plant on your back, and begin walking. I recommend trying to time your visit for a day when the tide is out around sunset times. This way, you get the benefit of that great late afternoon light, while also having access to some of the tide pools along the way. If the tide is out, it may also be nice to walk this barefoot on that narrow band of sand just above the surf line but below the place where the sand gets all smushy. The cool, damp, firm sand beneath your toes will be a welcome respite from sweaty socks and hiking boots. 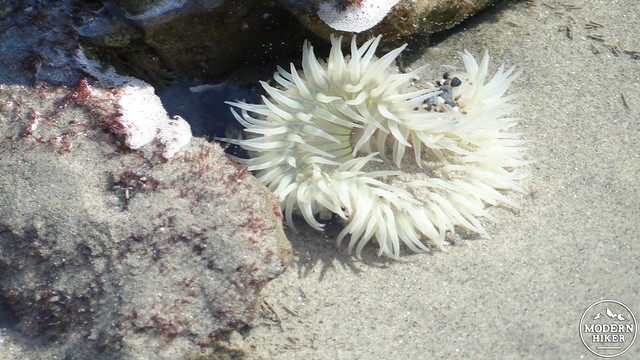 Direction-wise, there isn’t much more to say than “keep walking until you’re ready to turn around.” There is no trail, and there are no junctions. However, there are a number of landmarks along the way. The first tide pools should show up around 1.2 miles. If the tide is out, you’ll see some anemones and possibly sea stars. The occasional crab might skitter about on the barnacle and mussel-encrusted rocks. These aren’t the greatest tide pools, and they don’t compare favorably to those at Leo Carrillo or Crystal Cove, but how often do you get sea anemones on a hike? 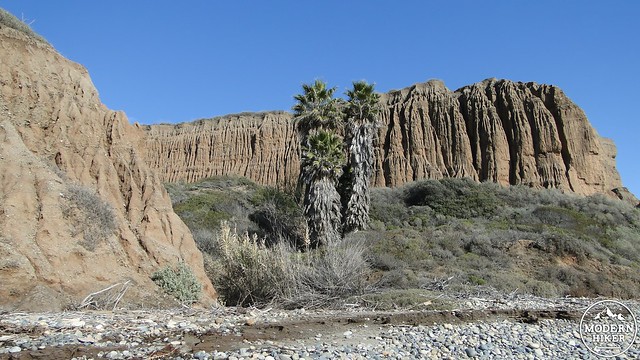 California fan palms at the entrance to a gully

Also noteworthy are the beautifully sculpted cliffs that abruptly rise out of the sand. These sandstone cliffs feature numerous gullies that have been carved out by thousands of years of rain run-off. There are frequent washes that indicate a larger and steadier drainage channel which have carved deeper gullies into the cliffs. Occasionally, you may spot some California fan palms that have taken up residence in these gullies. If you come here during sunset hours, these cliffs will take on a vivid glow from the setting sun’s light. 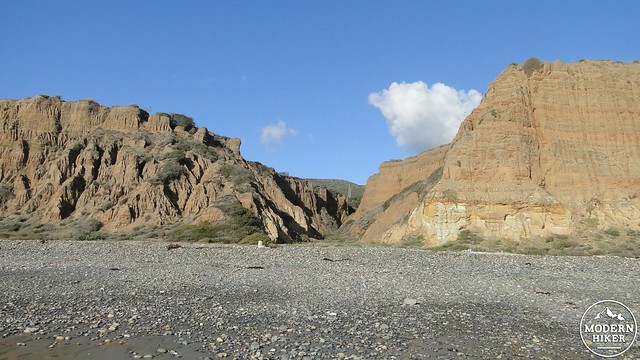 Get ready for a lot of this

You may notice the occasional dirt road or trail emptying out onto the beach from the cliffs above. San Onofre Campground runs the length of the state beach, and it is very popular both with car campers and RV enthusiasts. While the noise from I-5 is omnipresent at this campground, it presents a welcome alternative to the crowded and chaotic campground at nearby Carlsbad State Beach. It’s possible to make a loop out of this hike by walking back up one of these later trails, although you’d have to go back on the asphalt, which I assume won’t be as pleasant as simply doubling back on the beach. 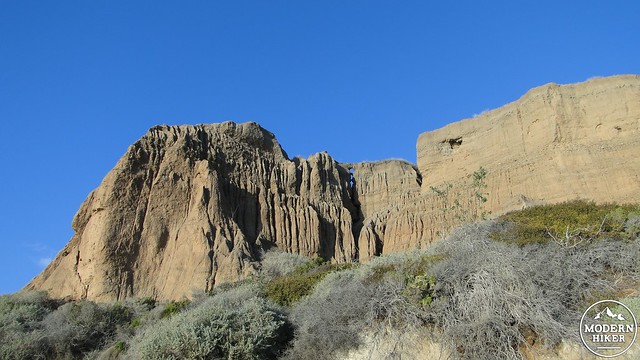 Although you can choose to turn around whenever you want, this track reaches its turnaround point at a lifeguard station. When my wife and I took this hike, we stopped at the tower and sat and watched the gulls and pelicans in their aerial shenanigans while enjoying the sinking angle of the sun’s light. From this vantage, there are few signs either north and south of civilization, and for a brief moment one can imagine what California’s southern coast might have looked like before the arrival of European settlers. 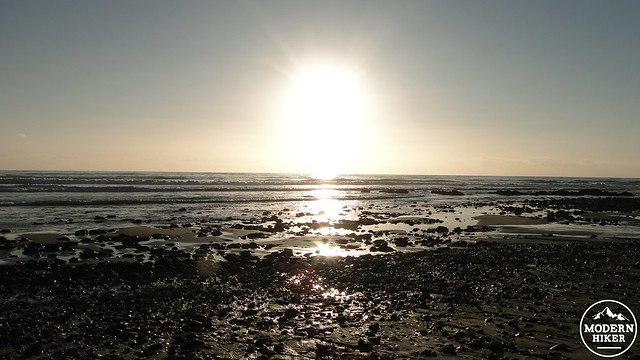 Given how lovely that sight it, we are lucky to have San Onofre preserved, even if that power plant is an uncomfortable reminder of what humans like to do to their coastlines. I imagine that real estate developers salivate at the prospect of miles of untouched coastlines, but fortunately the state saw fit to allow them to keep on drooling indefinitely. San Onfore still feels like a wild and beautiful place thanks to the state’s foresight. If you love the beach but also love to hike, San Onofre is a must-do. 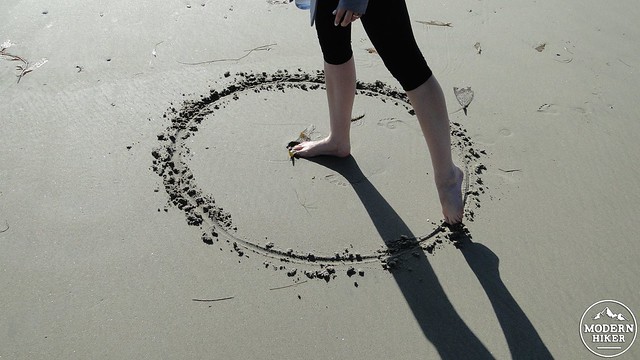 Note:
– There is a $15 day use fee to park at the beach. This may seem a little excessive, and it is a reflection of the state of California’s recent budget turmoil, as well as some of the challenges faced by the State Parks. However, it’s a small price to pay to enjoy such a beautiful expanse of coastline. 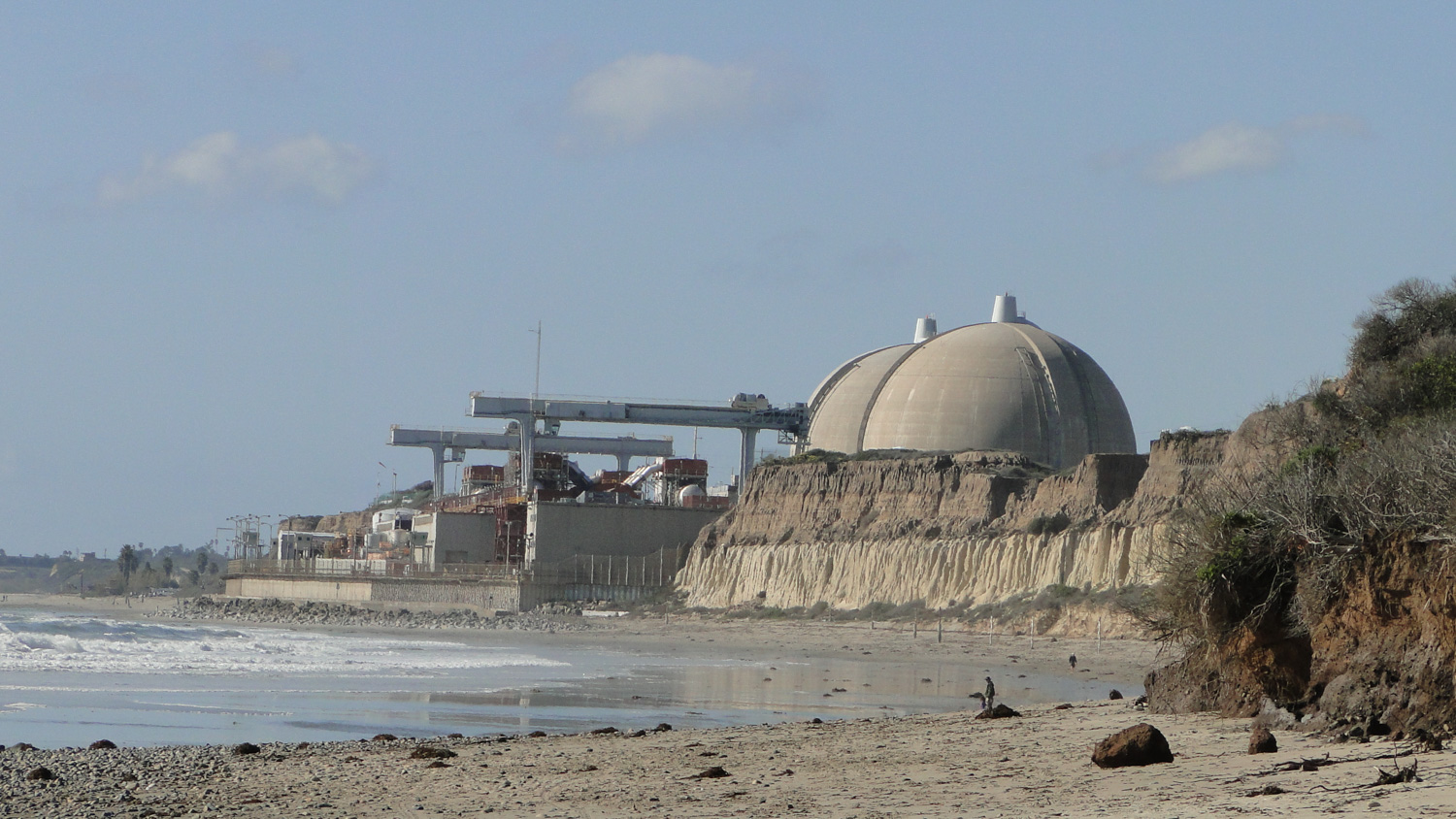 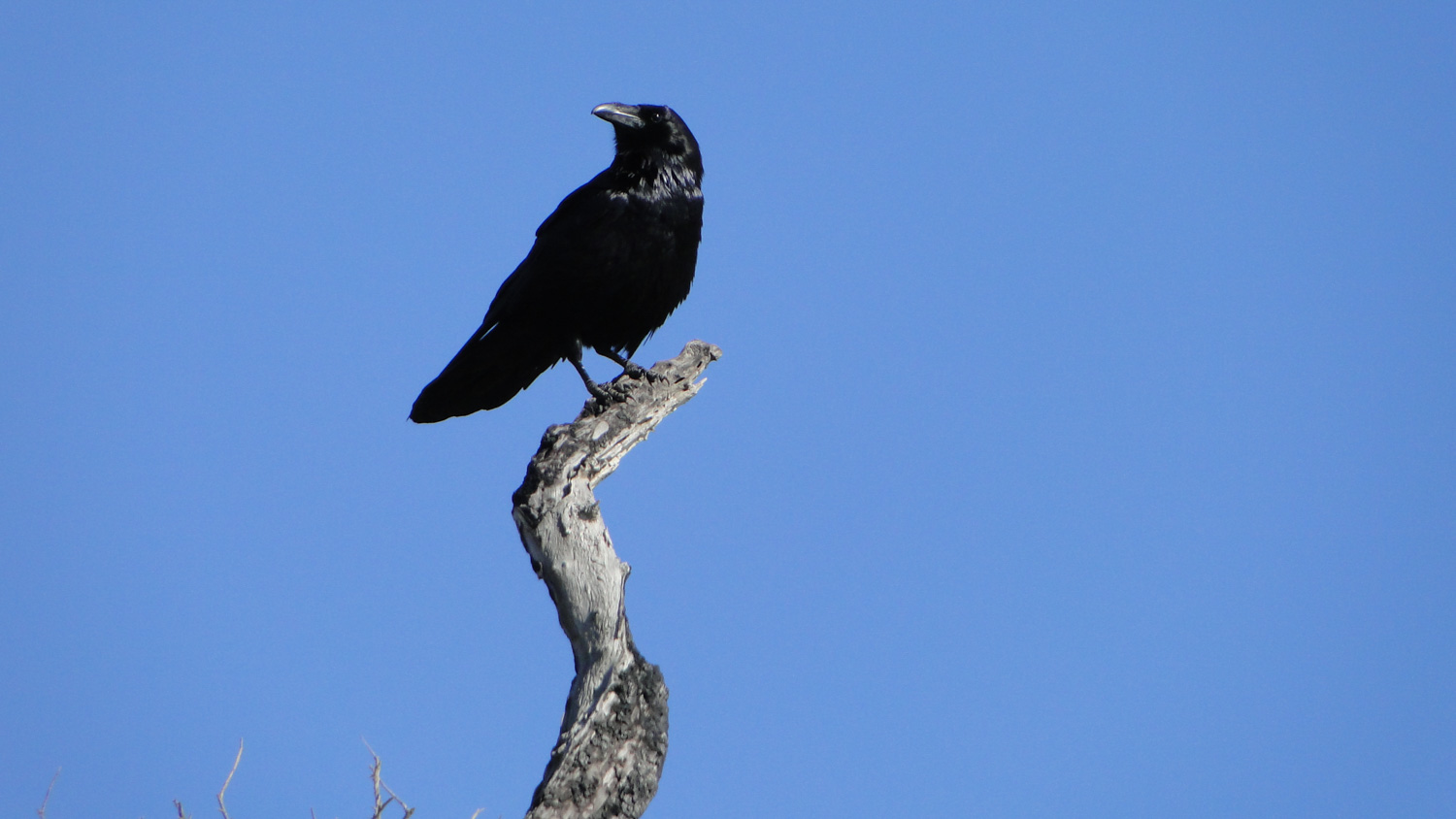 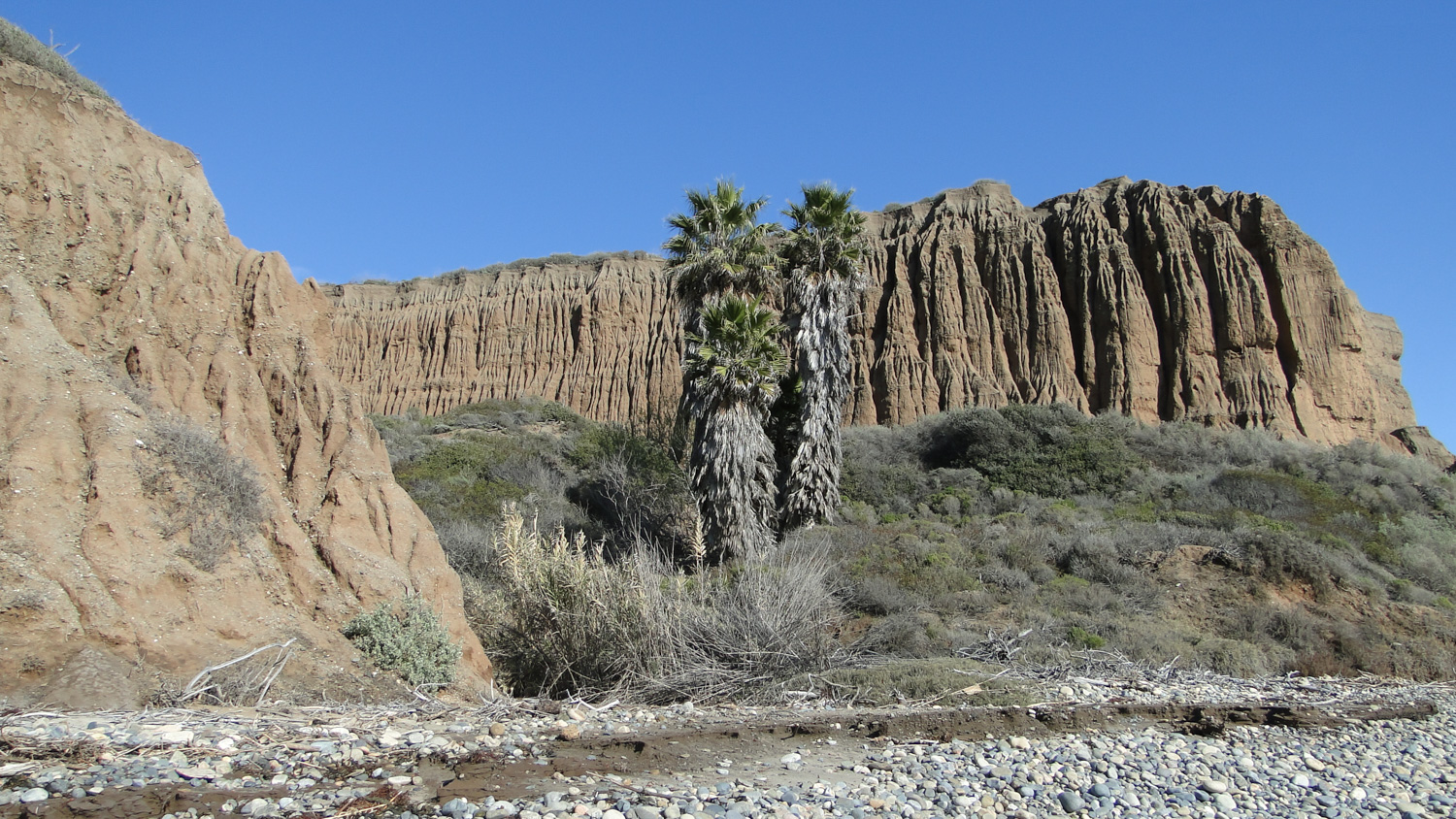 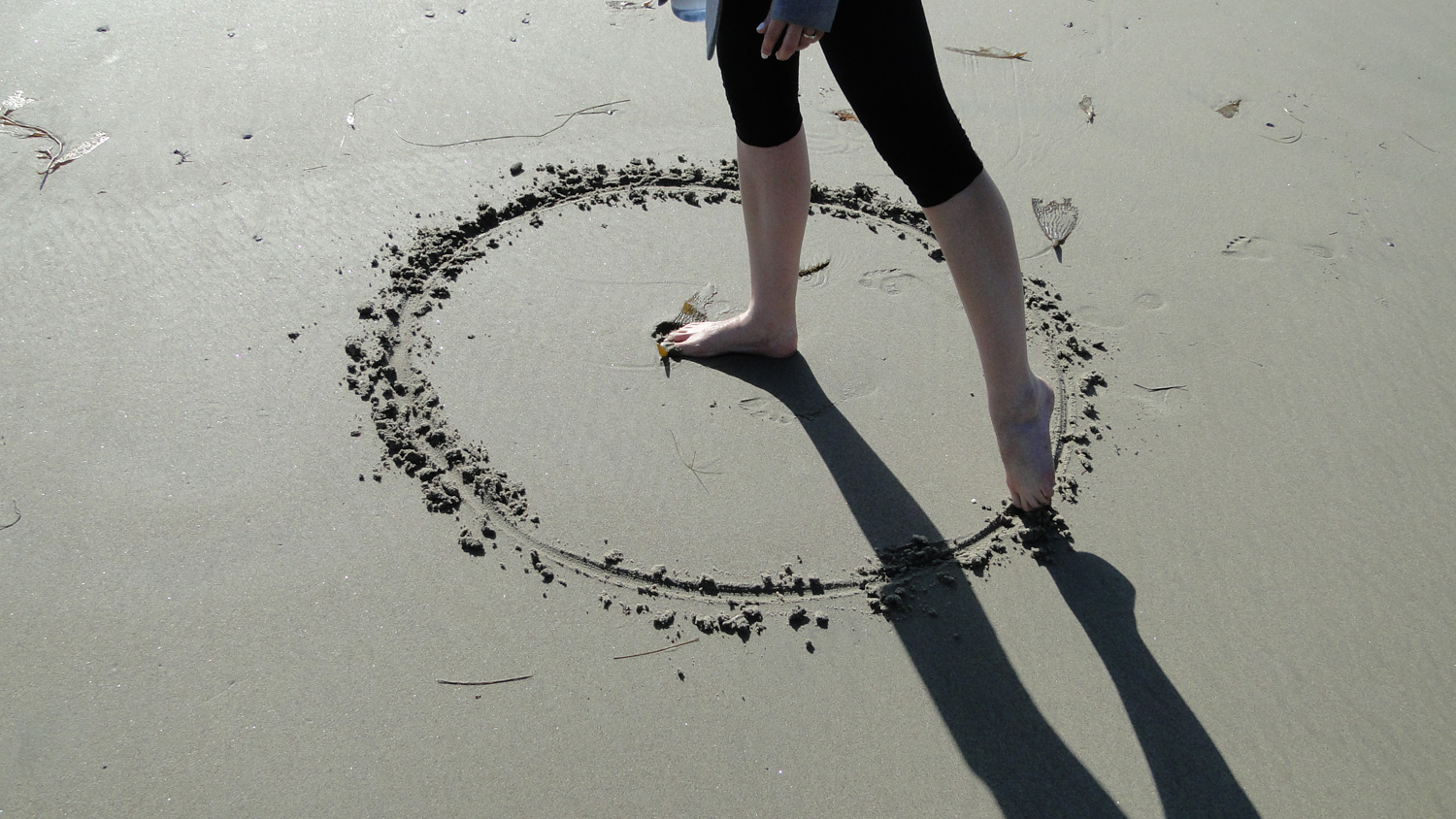 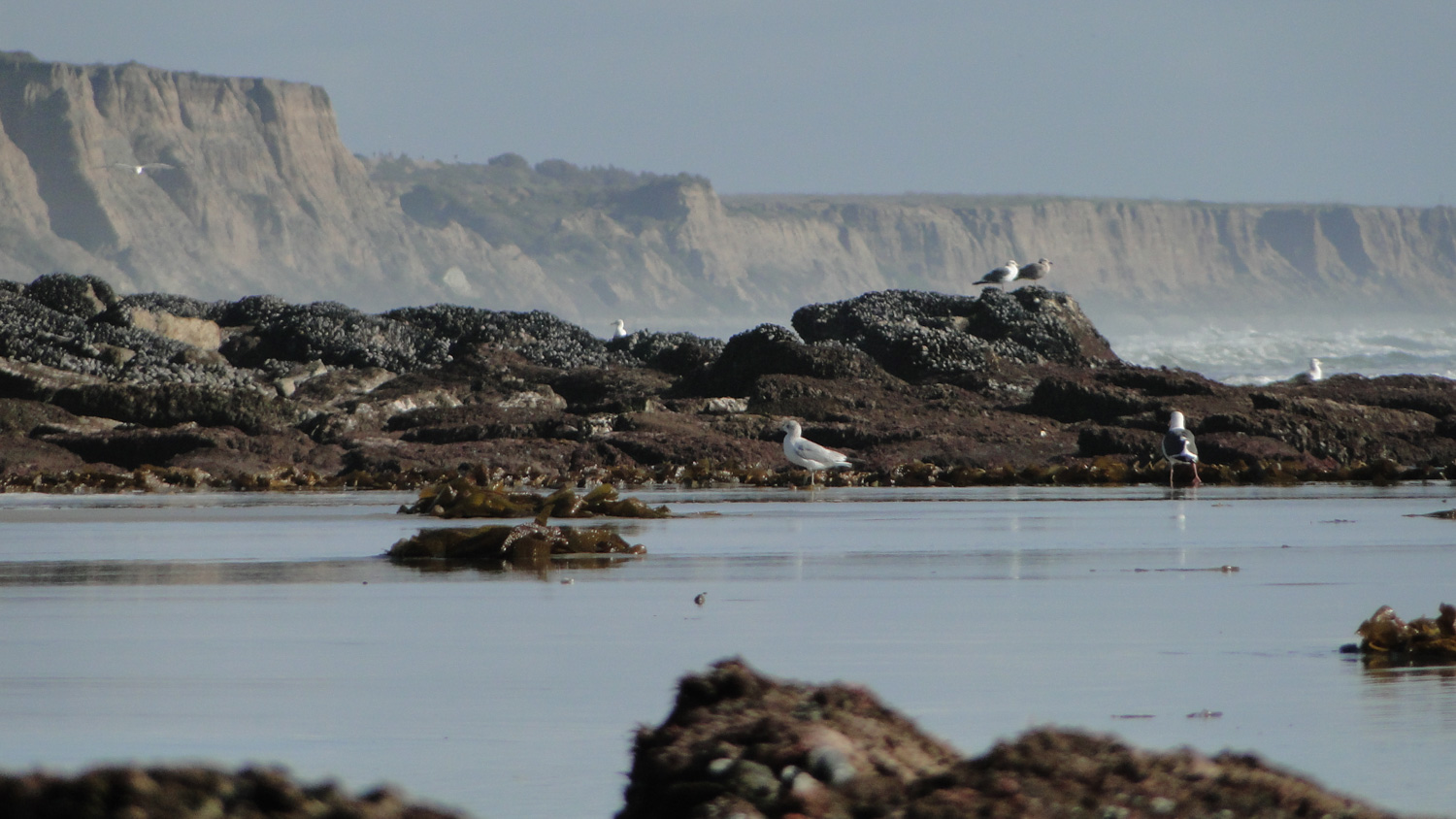 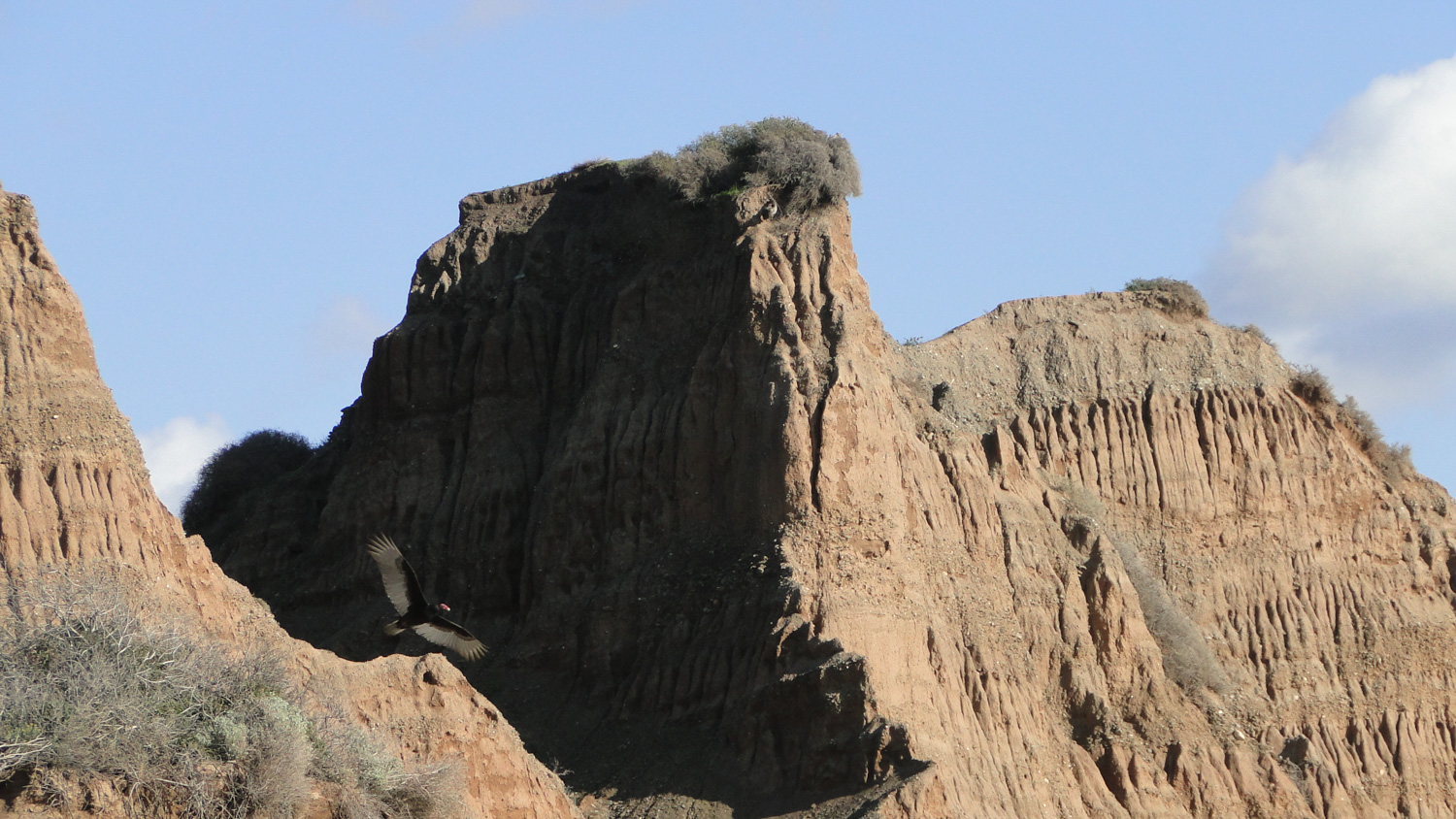 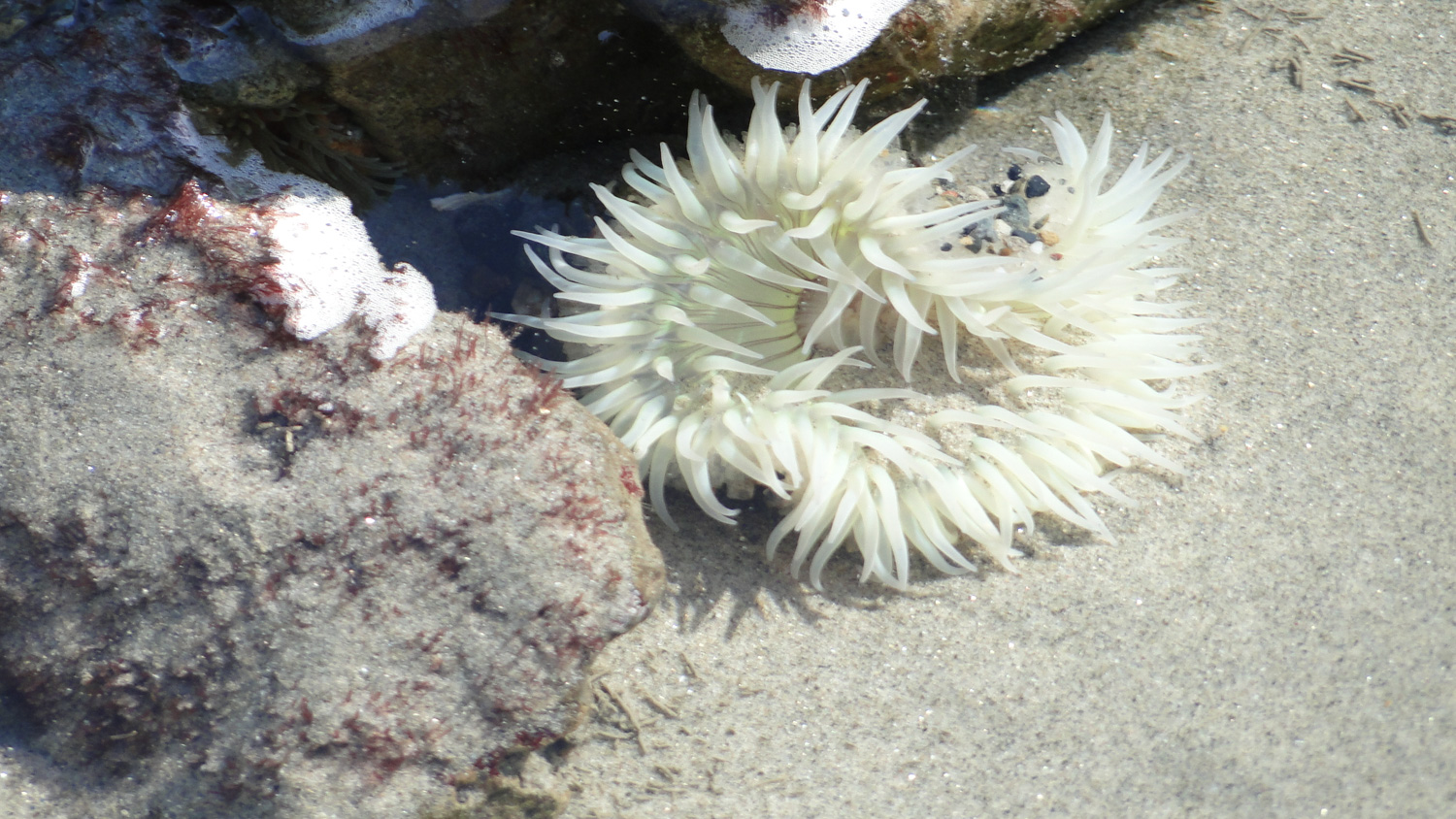 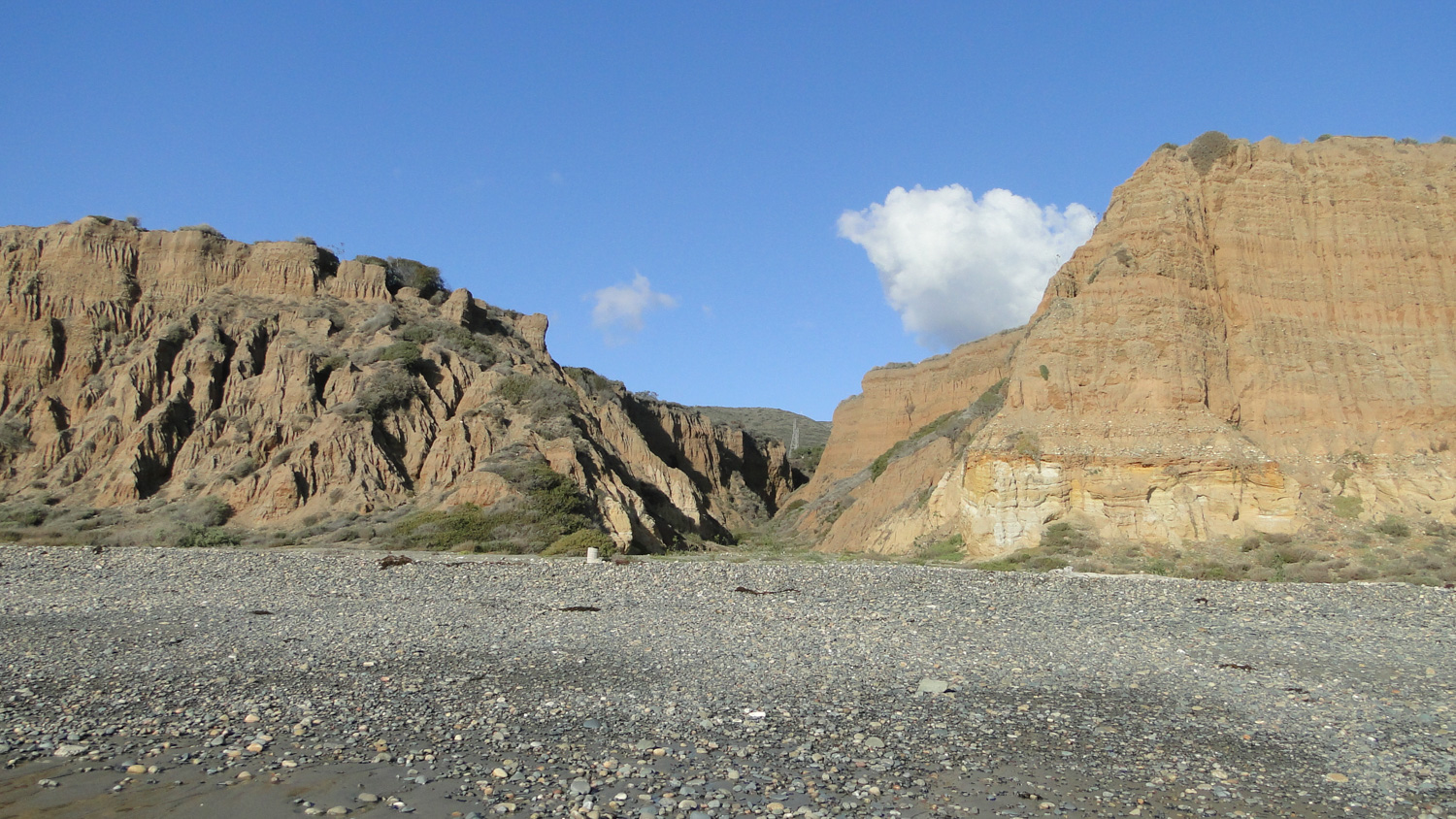 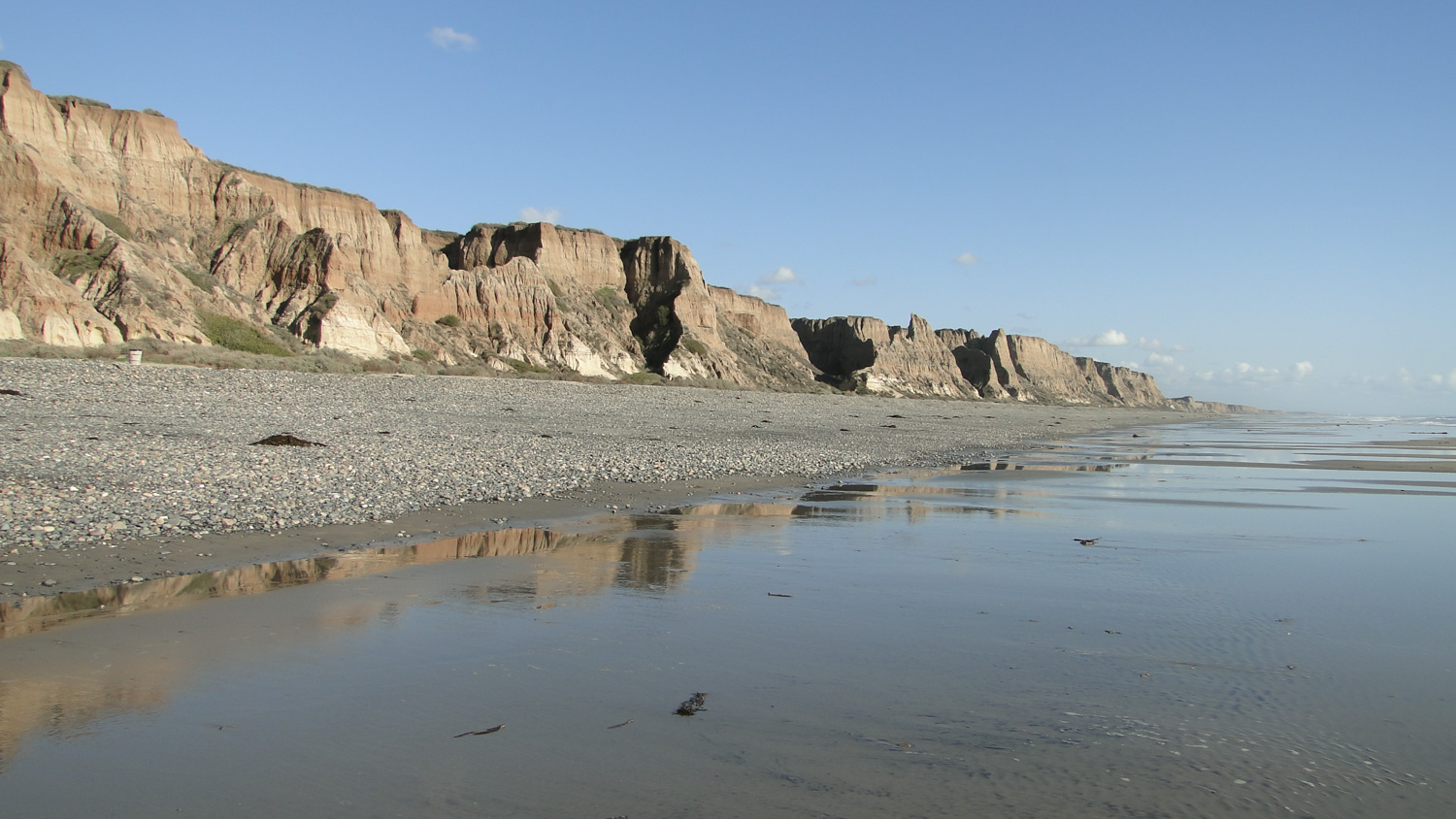 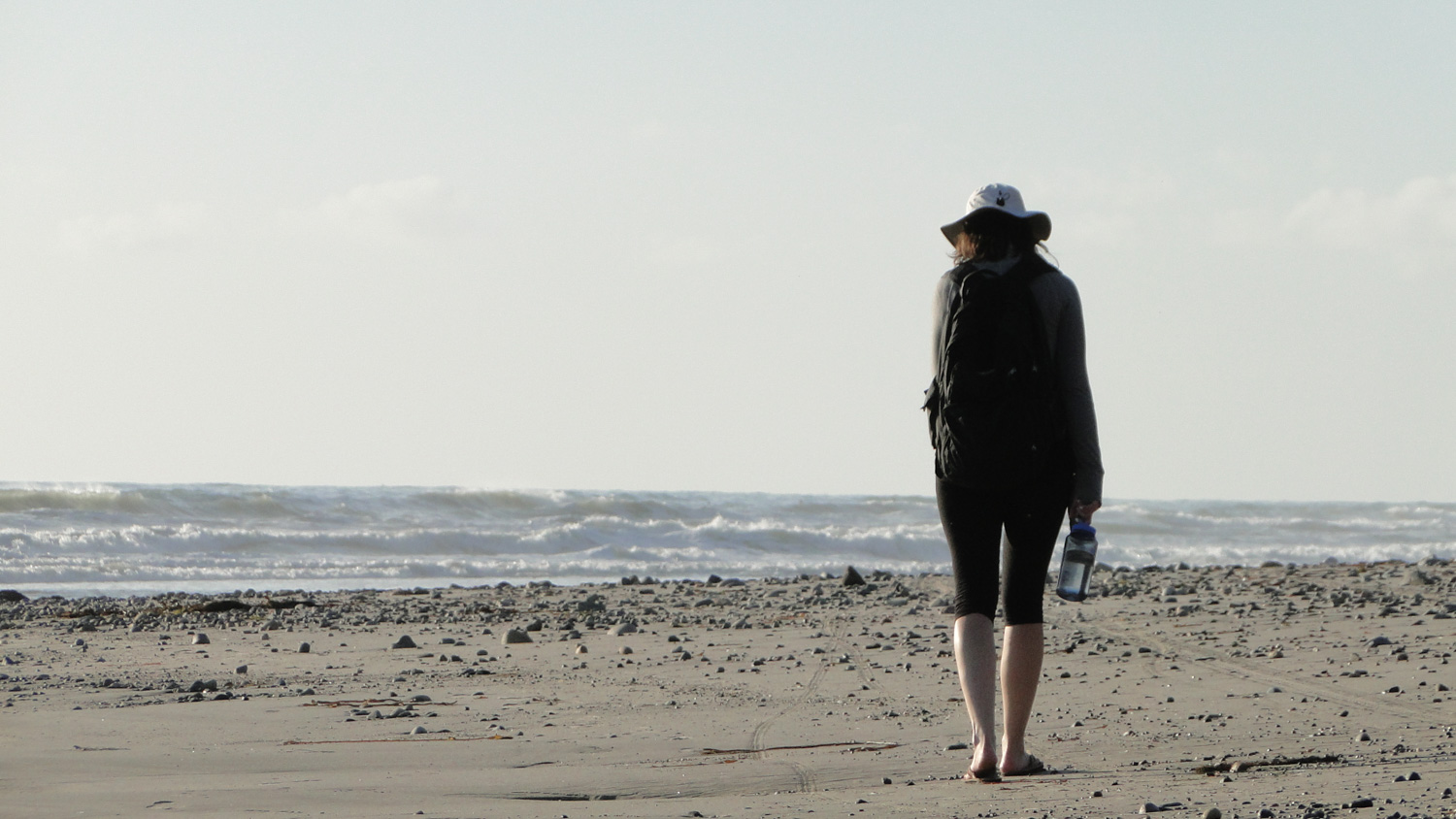 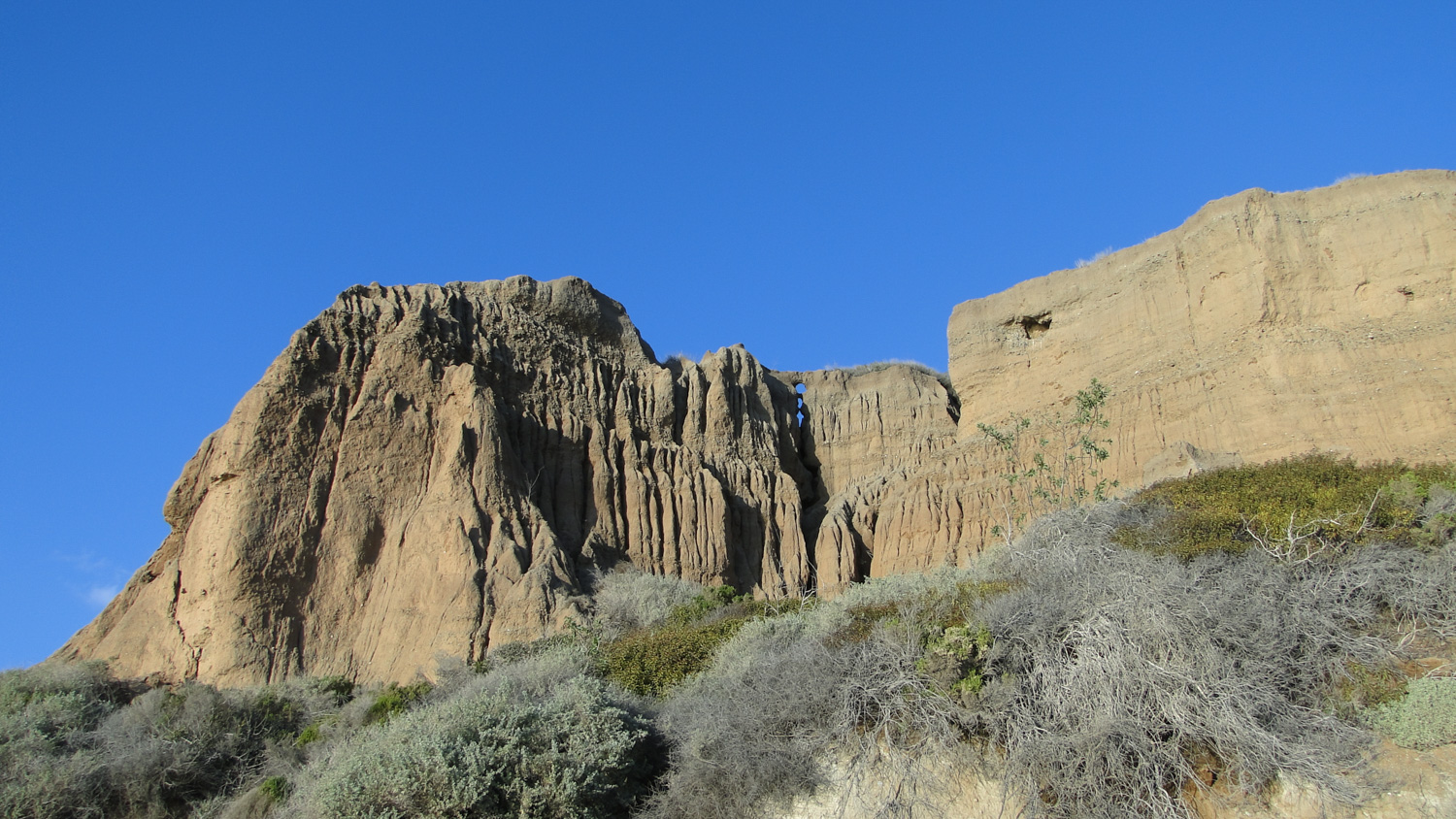 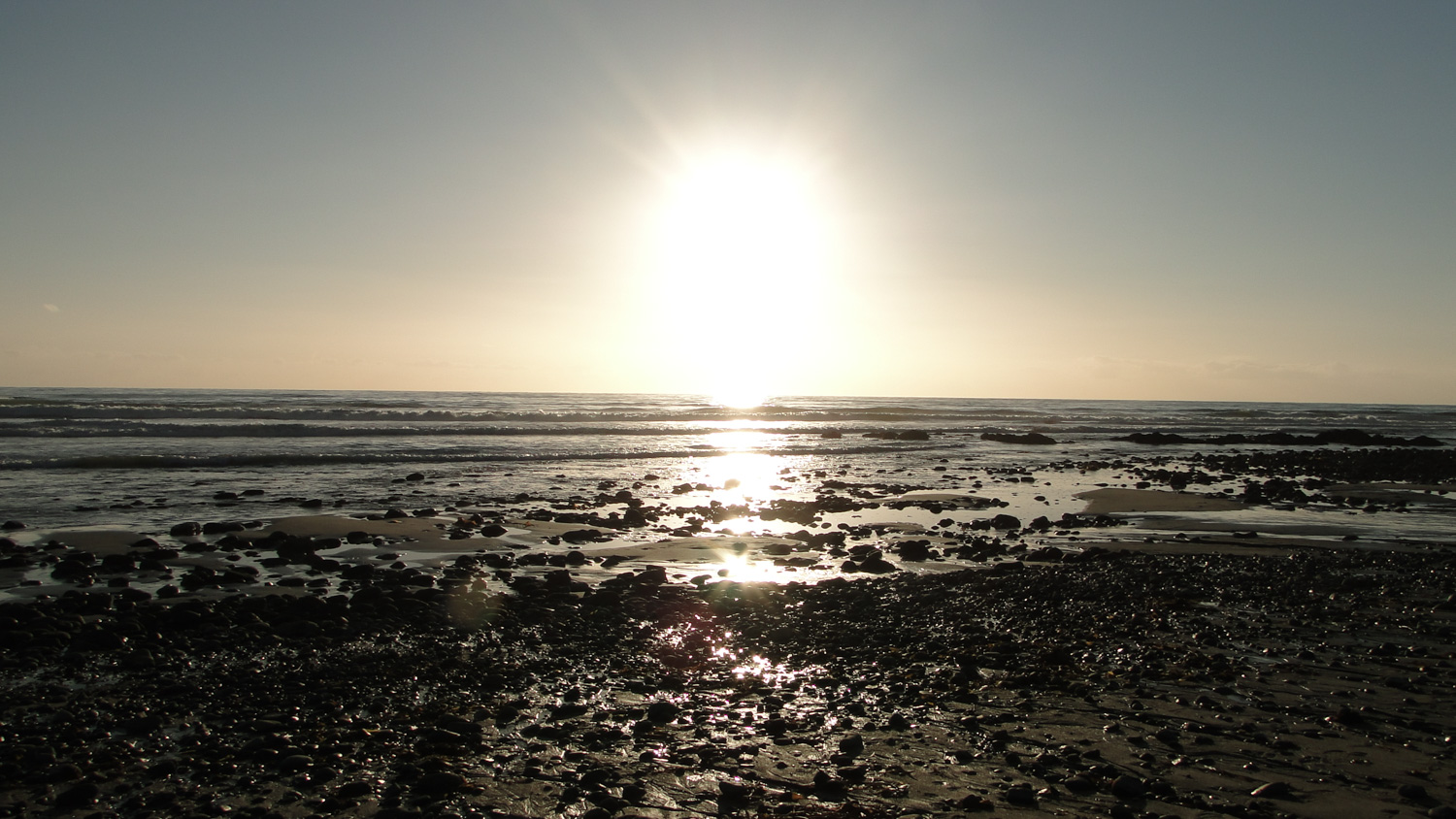 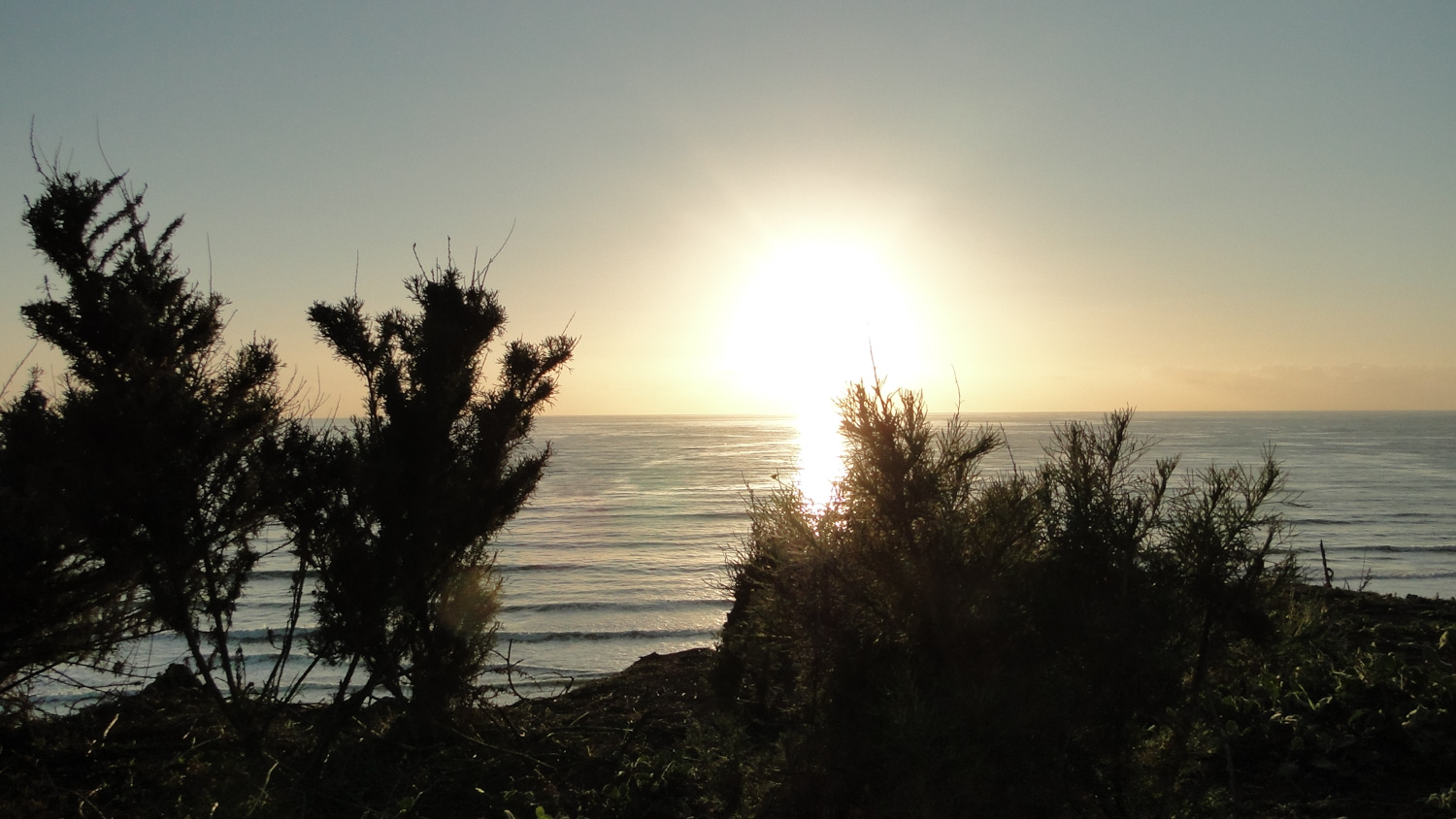 Aside from the trail down to the beach, there actually is no trail. The hike takes place entirely on the sand.

San Onofre operates a 147-site campground set atop the bluffs overlooking the ocean. There is also the nearby San Mateo Campground, which operates a whopping 288 sites. Despite the abundant sites, this area is popular with campers and should be reserved in advance.