Hike an easy, paved path at the largest archeological site in Petrified Forest National Park to take a step back in time to a pueblo containing around 100 rooms and a large plaza. A beautiful place to enjoy the history of the Southwest, this region is also full of petroglyphs — including one that puts on a special show on Summer Solstice.

Just south of the usually-dry wash of the Puerco River sits the site known as Puerco Pueblo, which was occupied between about 1250 and 1380 CE. The people who lived here sat at the crossroads of two of the three major Native American cultures in the area — the Ancestral Puebloans to the north and the Mogollon to the south. The people who lived here had contact with and were influenced by both, and Puerco Pueblo was an active site even after larger settlements like Mesa Verde and Chaco Canyon were abandoned.

At its height around 1300, some 200 people lived in a series of rectangular rooms surrounding a large central plaza. Farmers worked the banks of the Puerco River (which had much more water then), people gathered in the central plaza to trade, visit, and gossip … and a series of underground kivas saw generations pass through spiritual ceremonies as smoke filtered up to the skies. But eventually, the changing climate and extensive droughts that affected their neighbors to the north forced the residents of Puerco Pueblo to wander elsewhere in search of a better life.

Today, you can walk in the area of the central plaza through the largest archeological site in Petrified Forest National Park. This partially-excavated area still has some half-buried walls poking out of the desert landscape, pottery shards sitting along the ground, and extensive petroglyphs that seem to be hiding in every corner — including one that puts on a special show on the Summer Solstice every year.

Traveling this route in the off-season or during a weekday when the park is less likely to be crowded can be an amazing and transformative experience. Walking in the footsteps of people who vanished hundreds of years ago can be a remarkably humbling feeling, and the region’s partially-excavated status can make it seem like you’re the first person who’s stumbled across the site.

That said, please do stay on the established path and do not under any circumstances remove, touch, or disturb anything you see along the way — including artifacts, buildings, or rocks. 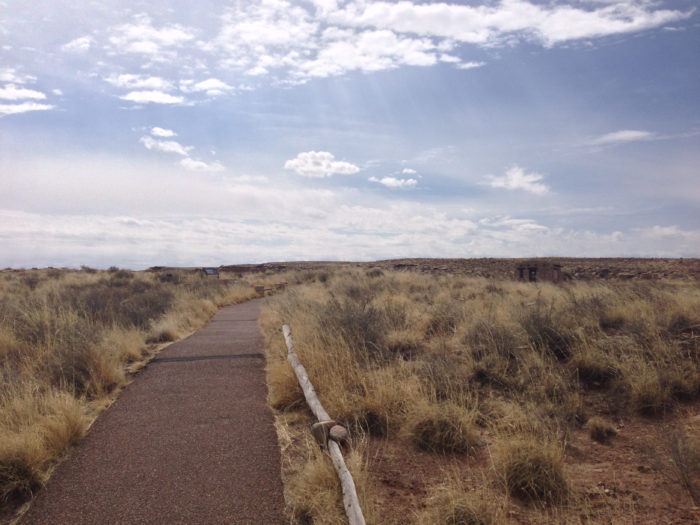 The path begins walking along a broad flat. Blue skies seem to stretch on forever while grasses sway slowly in the wind.

There is zero shade on this walk, so if you’re visiting during the summer months, please don’t do this without adequate water and sun protection. Even though it’s fairly short, you can definitely nake out here!

Keen eyes will soon start to see petroglyphs carved into the desert varnish. The figures are in great shape and some of them are incredibly expressive. 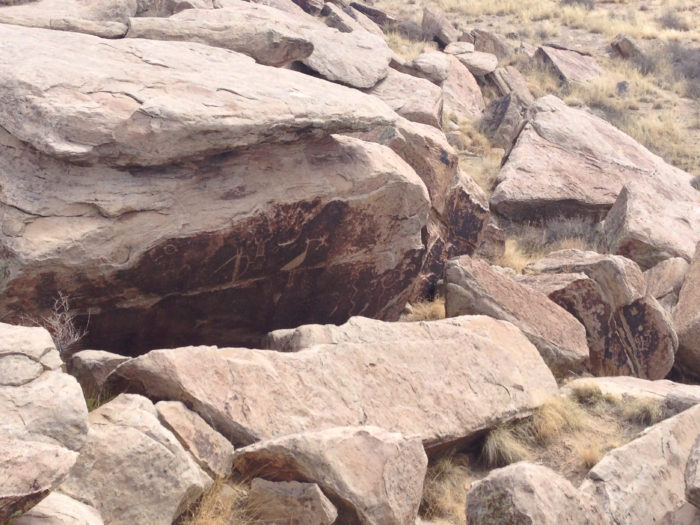 Soon, the structures emerge. Underground rooms with stone walls sit tucked away into the desert soil, while the foundations of other rooms stand in neat rows surrounding the central plaza. 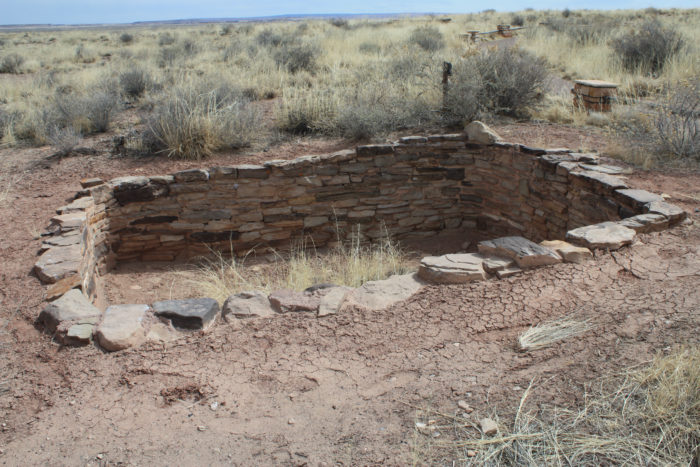 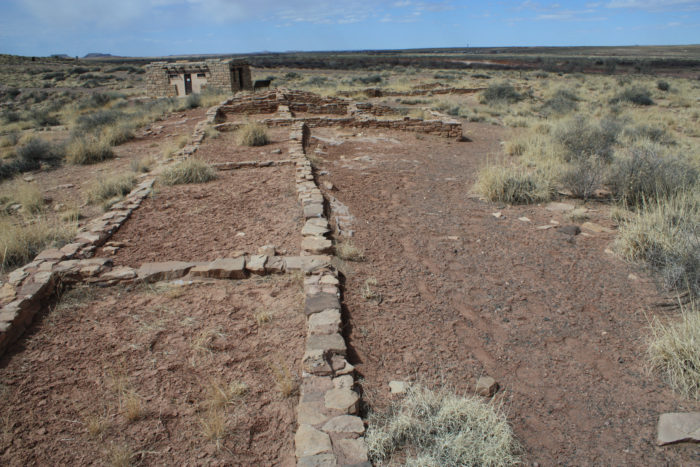 The still-standing building here is a Park Service structure

As your hike continues, look out for a large black boulder with two prominent feet petroglyphs sketched into its side.

On the side of this rock, look for another petroglyph in a tight spiral: 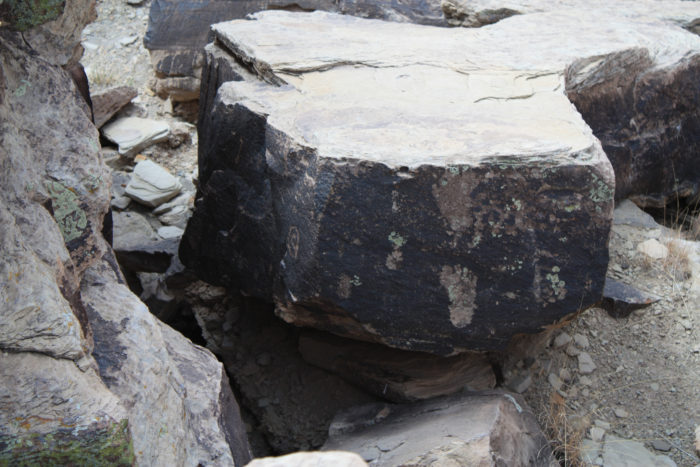 This unassuming marking is a solar calendar. For about two weeks surrounding the Summer Solstice, a shaft of light from a crack in a nearby rock formation slowly travels down the face of this blackened boulder and reaches the center of the spiral petroglyph around 9AM. Check with the rangers at the Visitor Center to see if they are leading any events around this time.

Whether or not you’re there for the solar calendar at solstice, continue following the footpath and enjoy the broad array of petroglyphs on your way back to the trailhead. 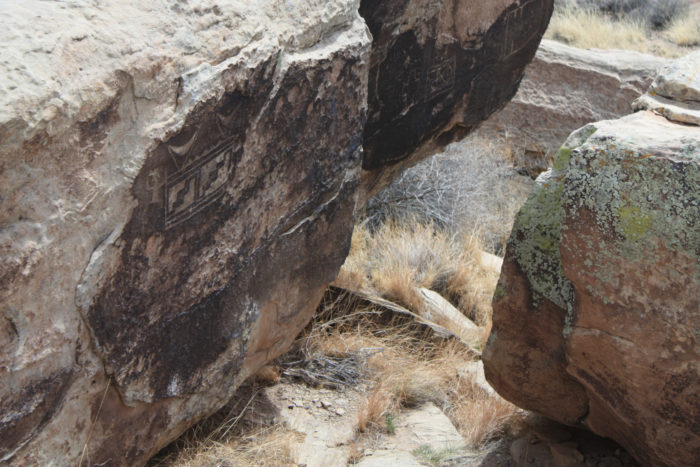 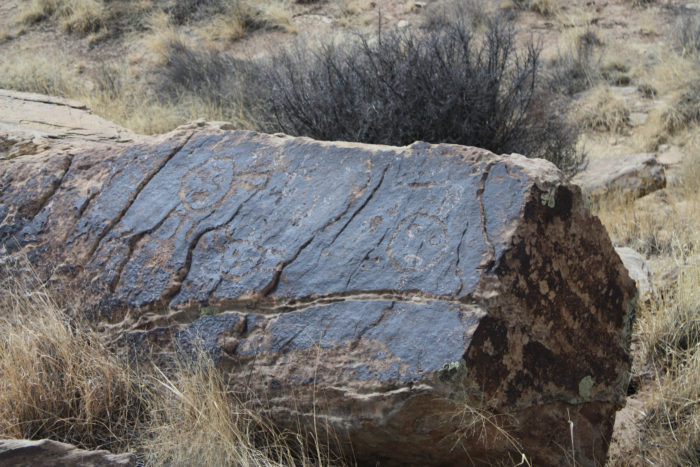 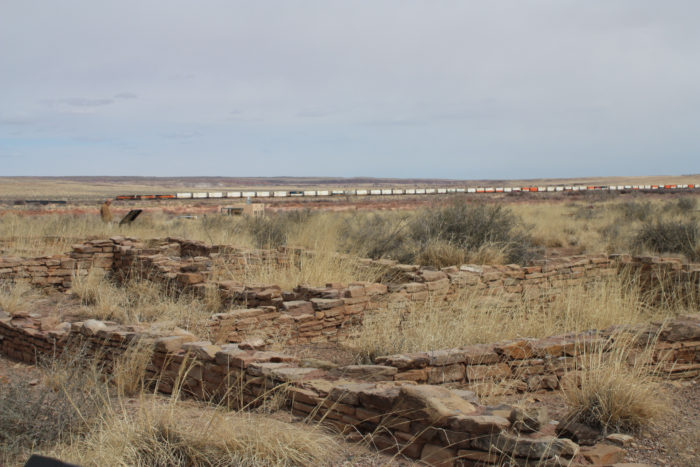 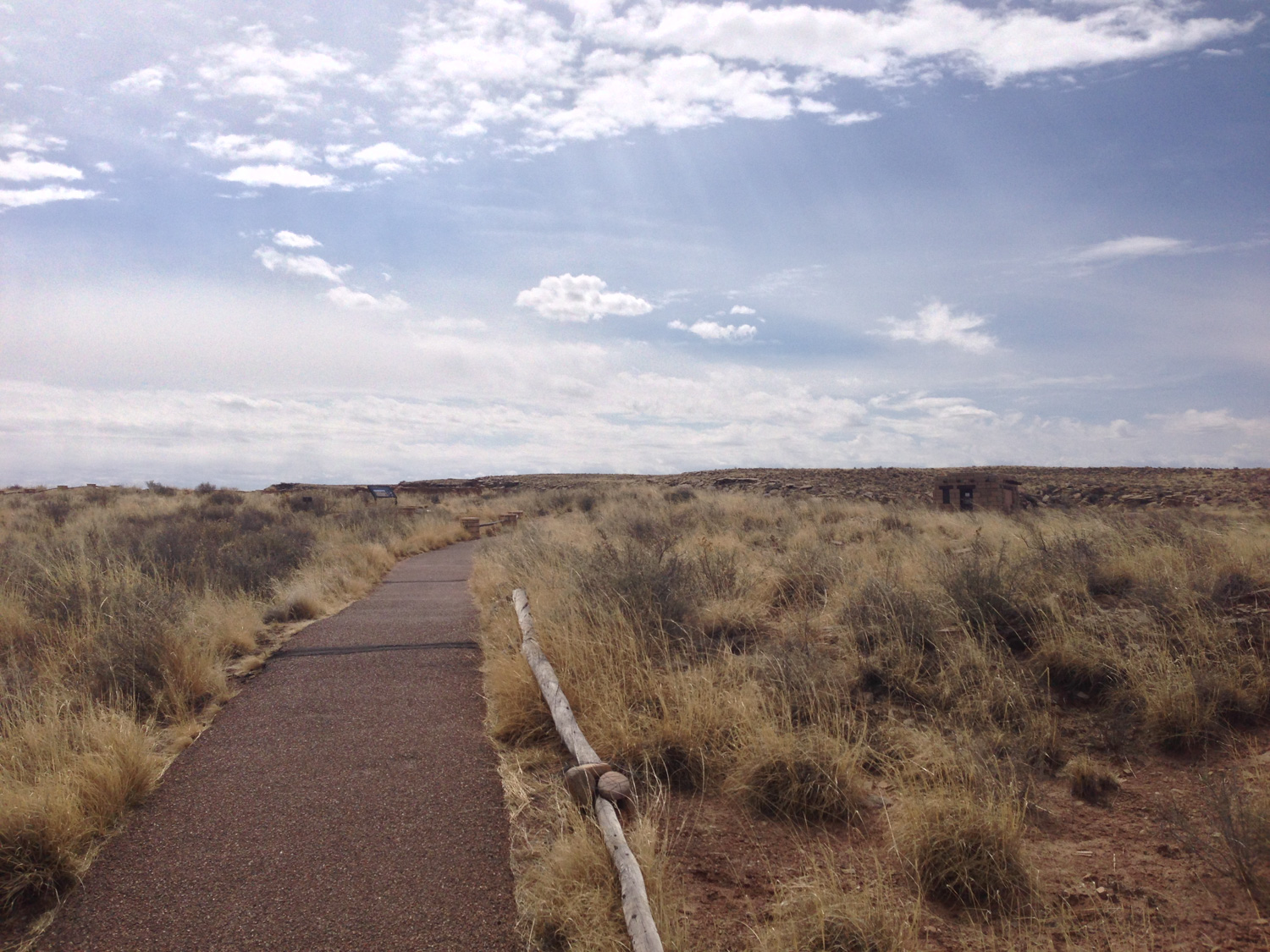 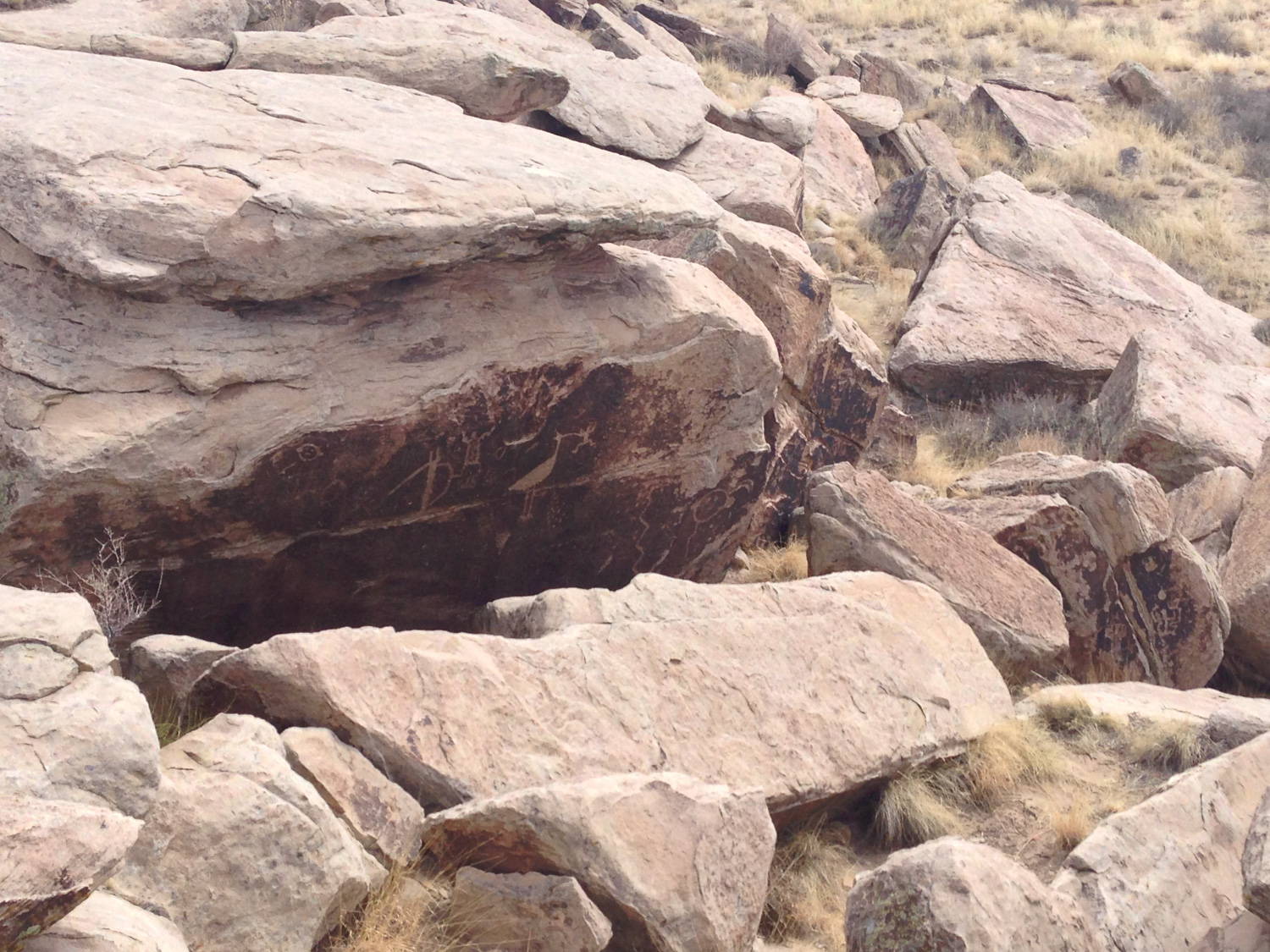 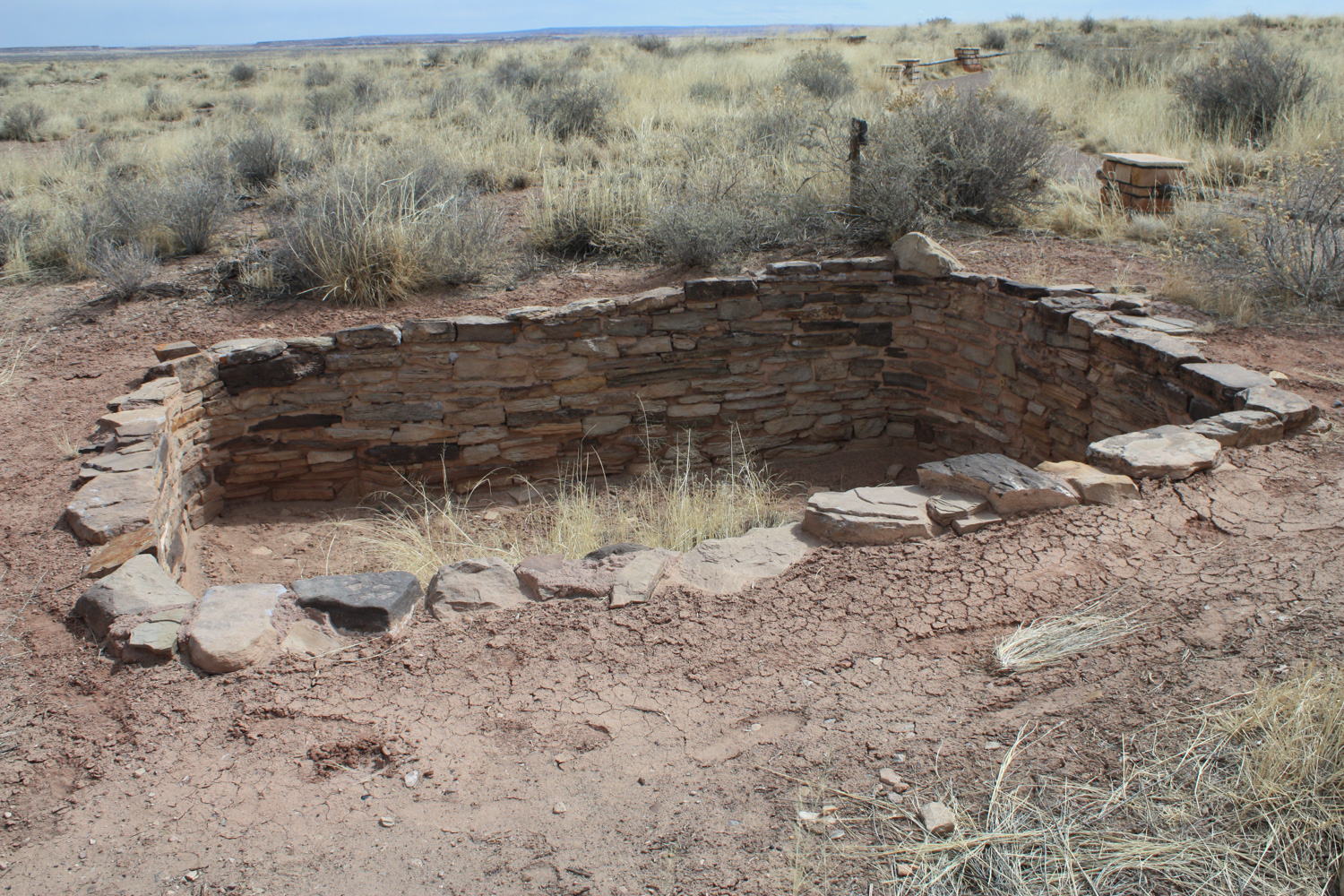 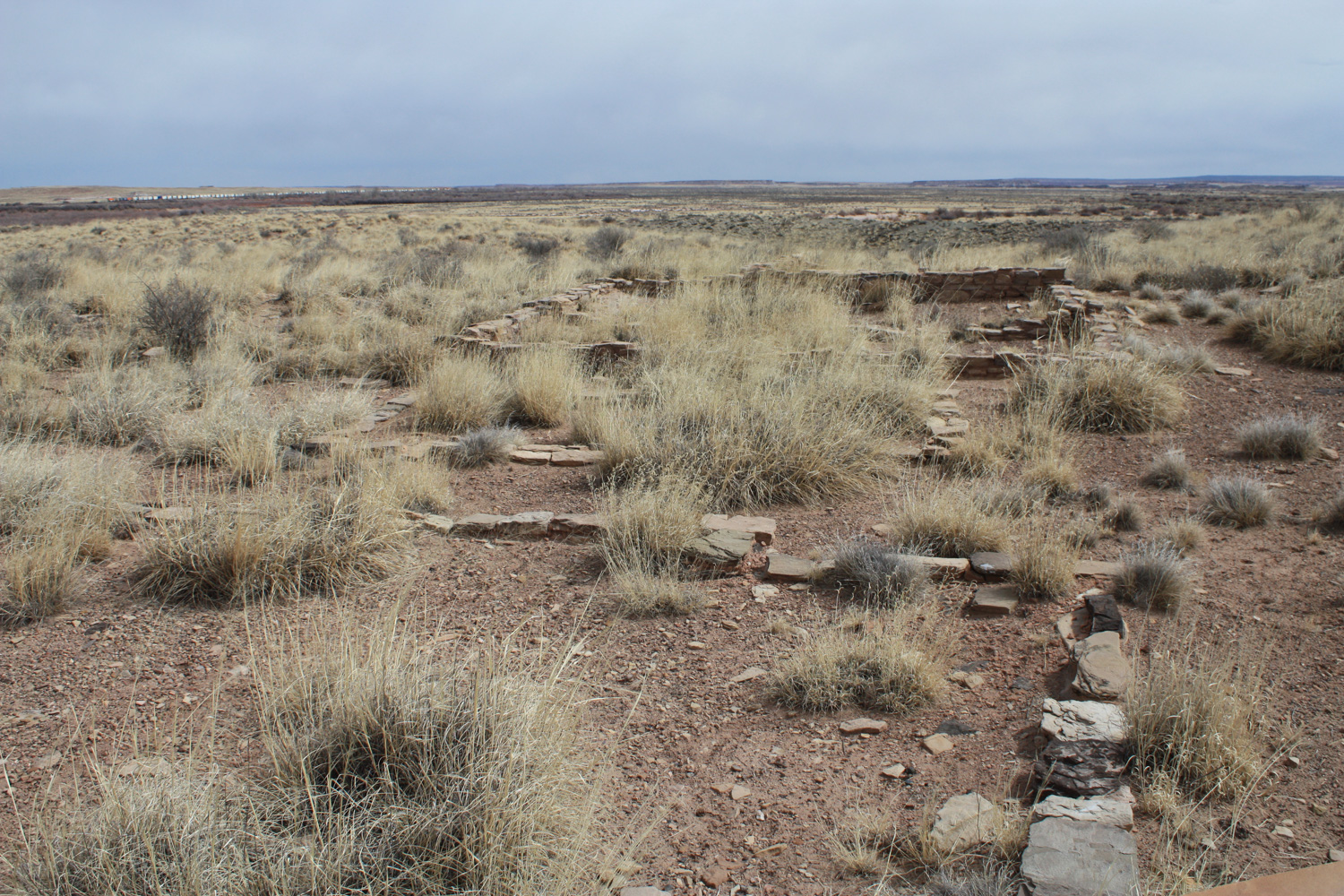 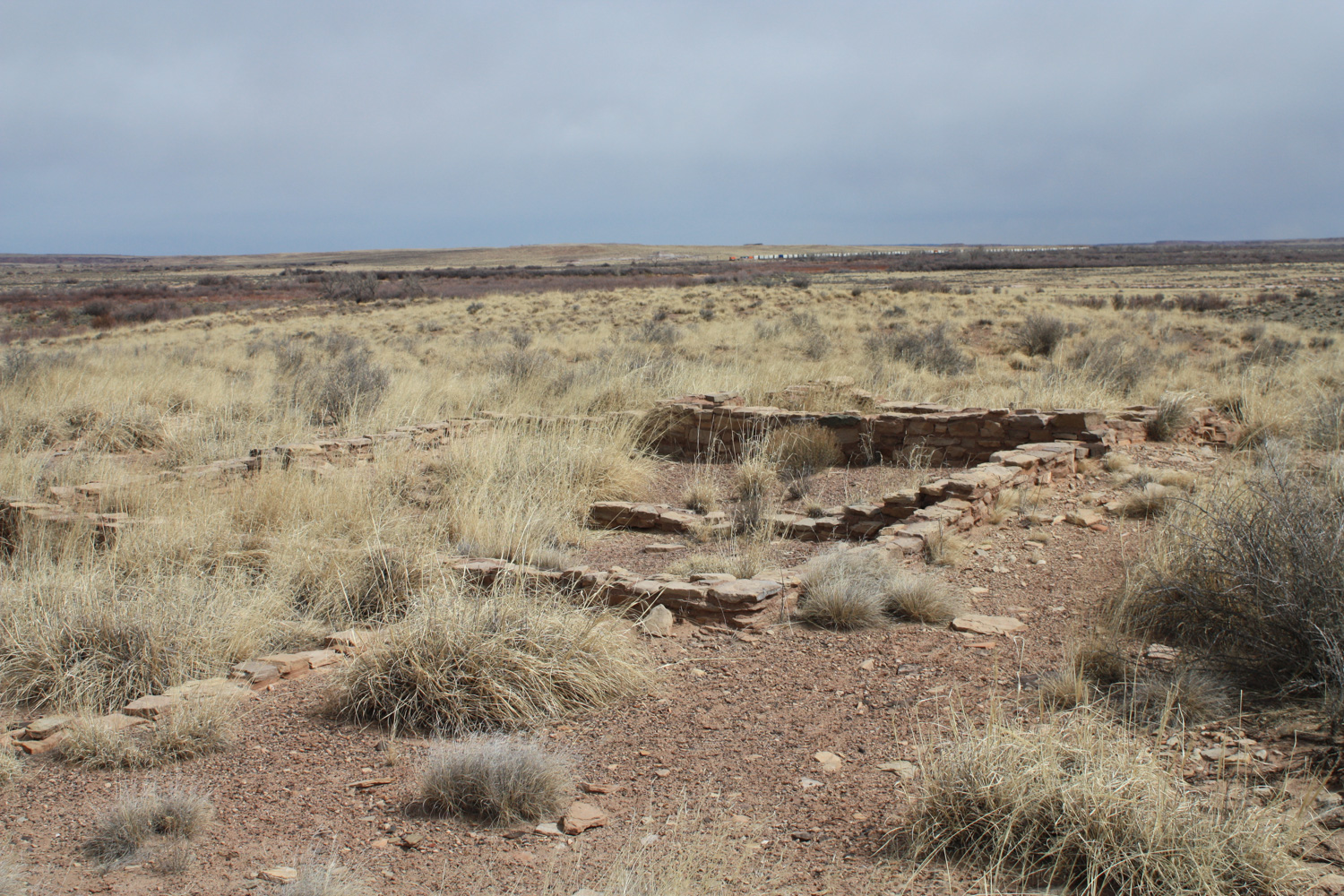 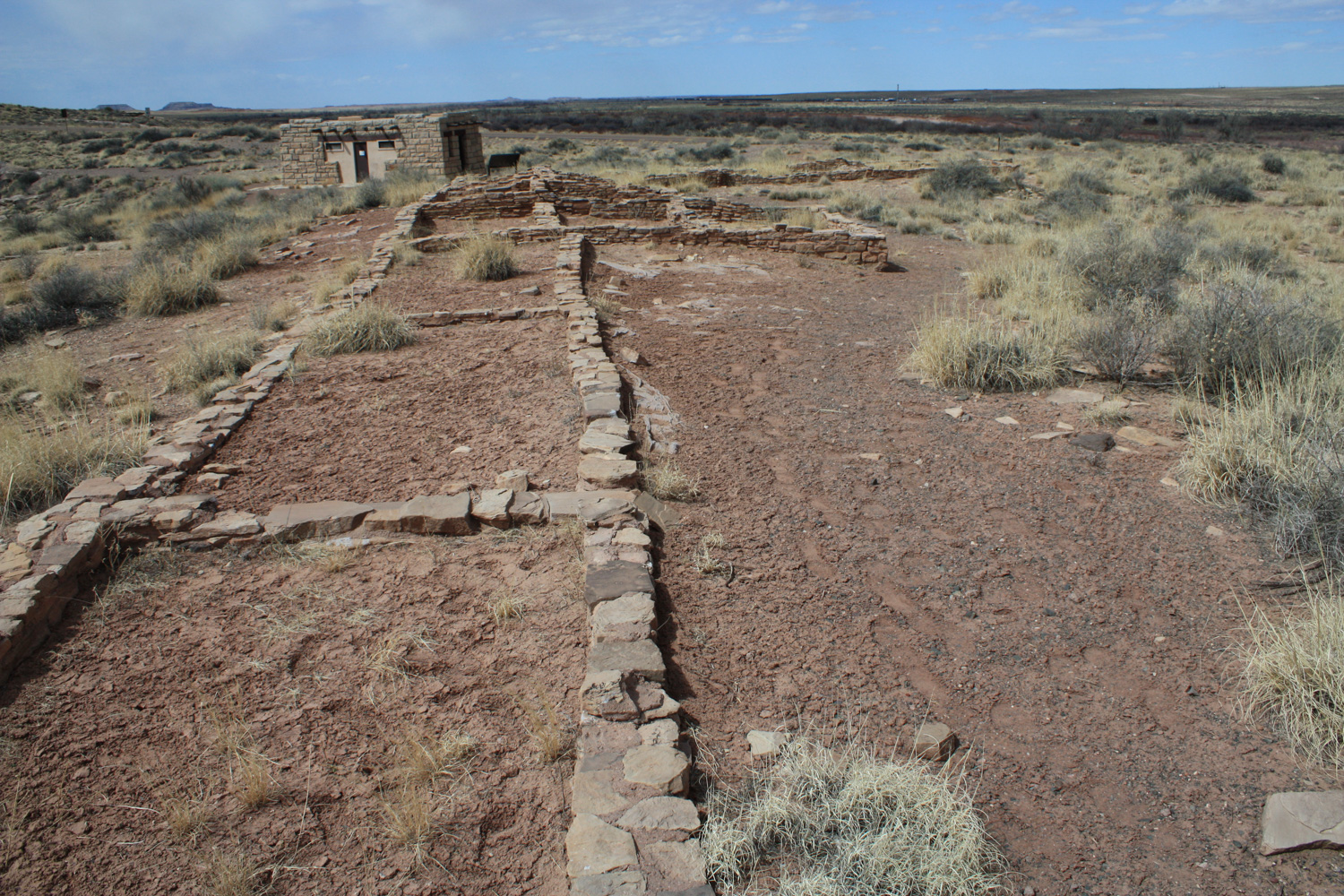 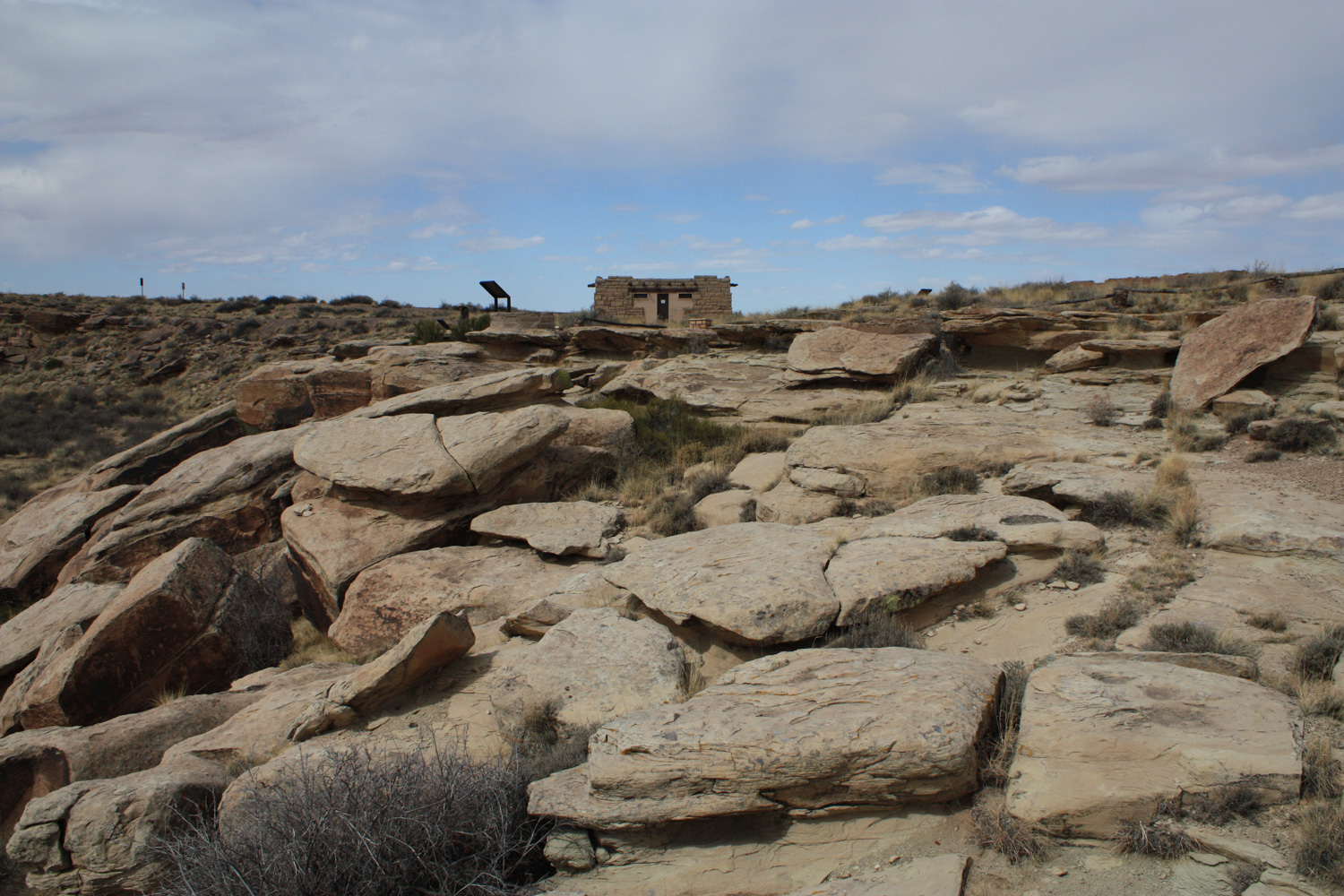 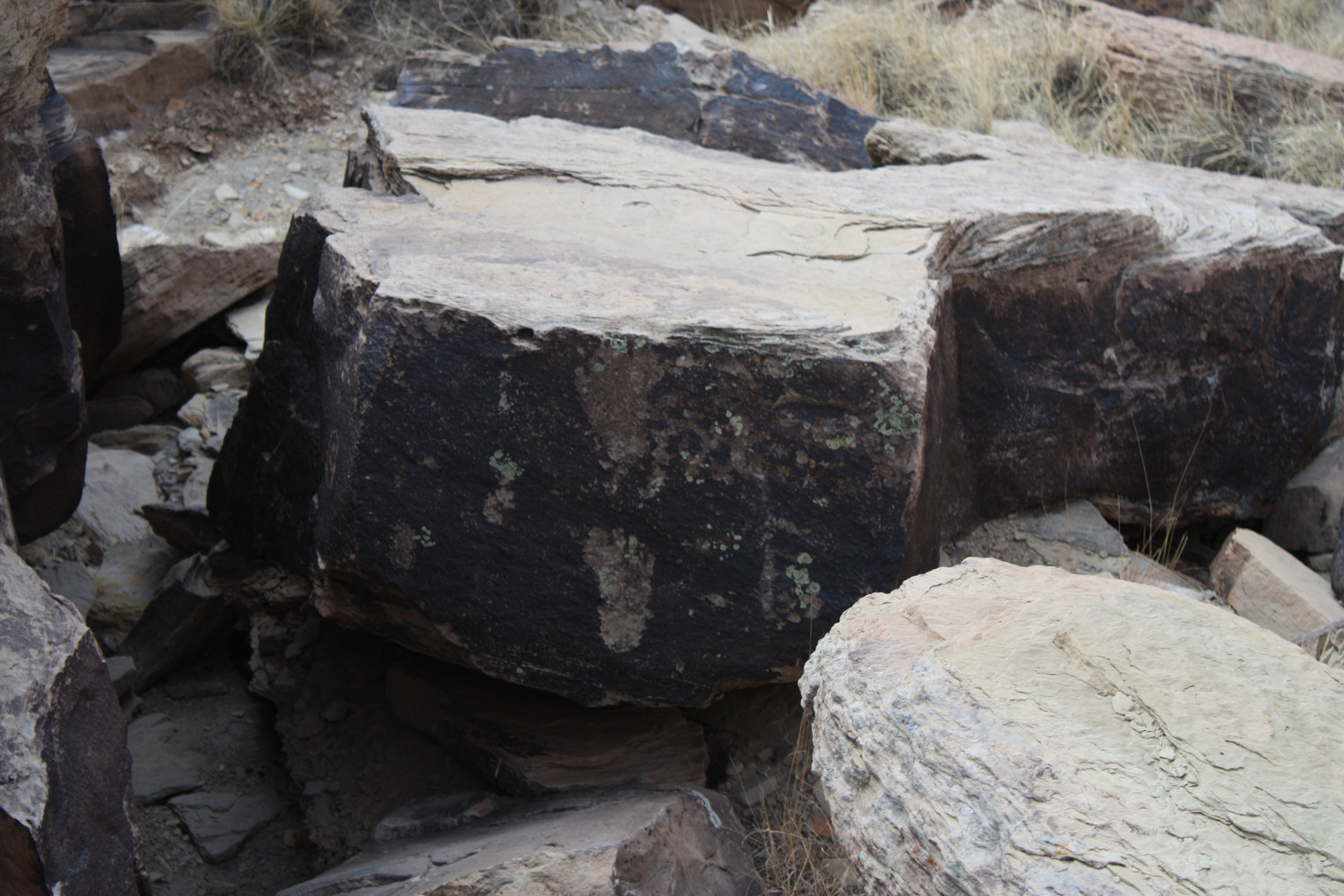 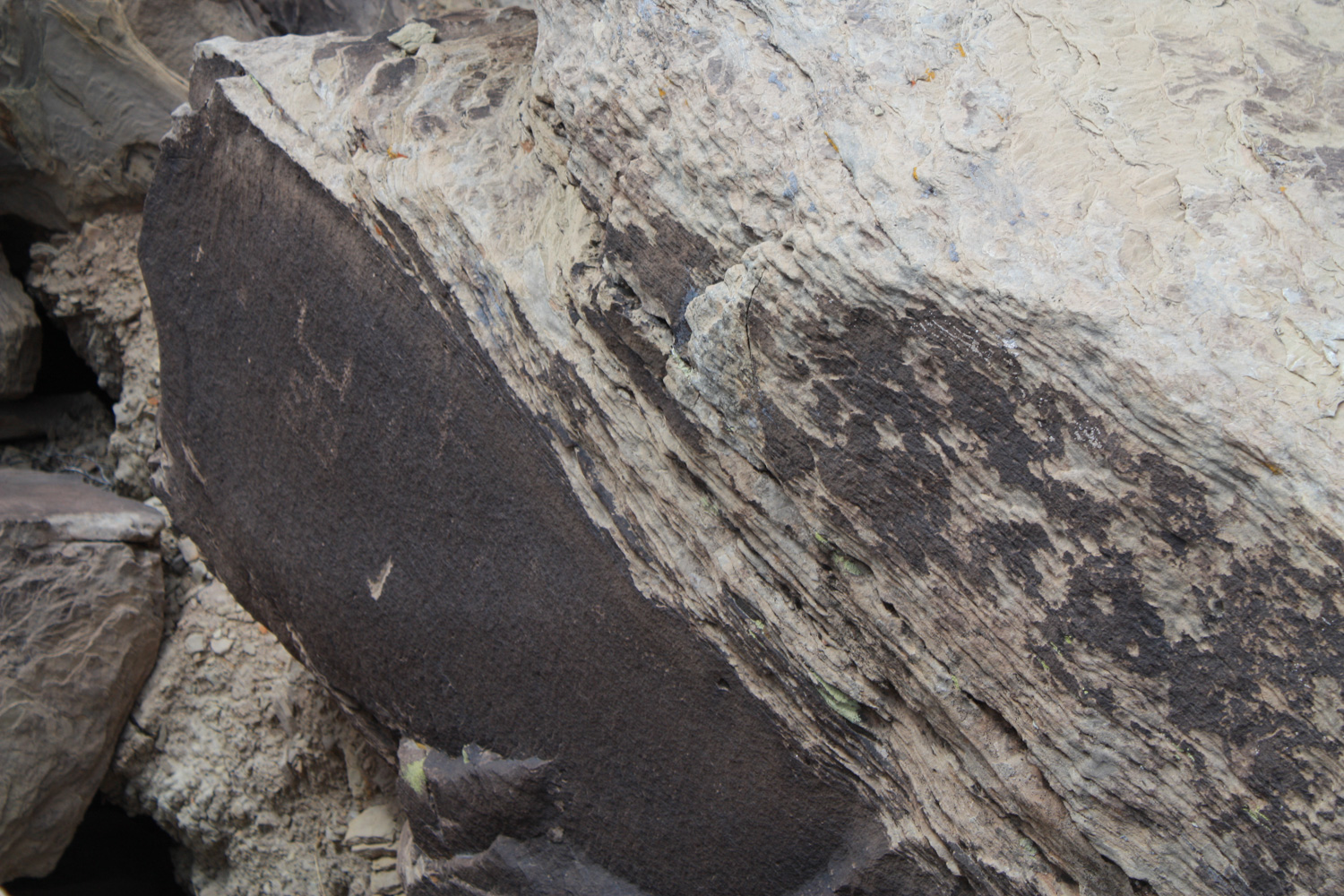 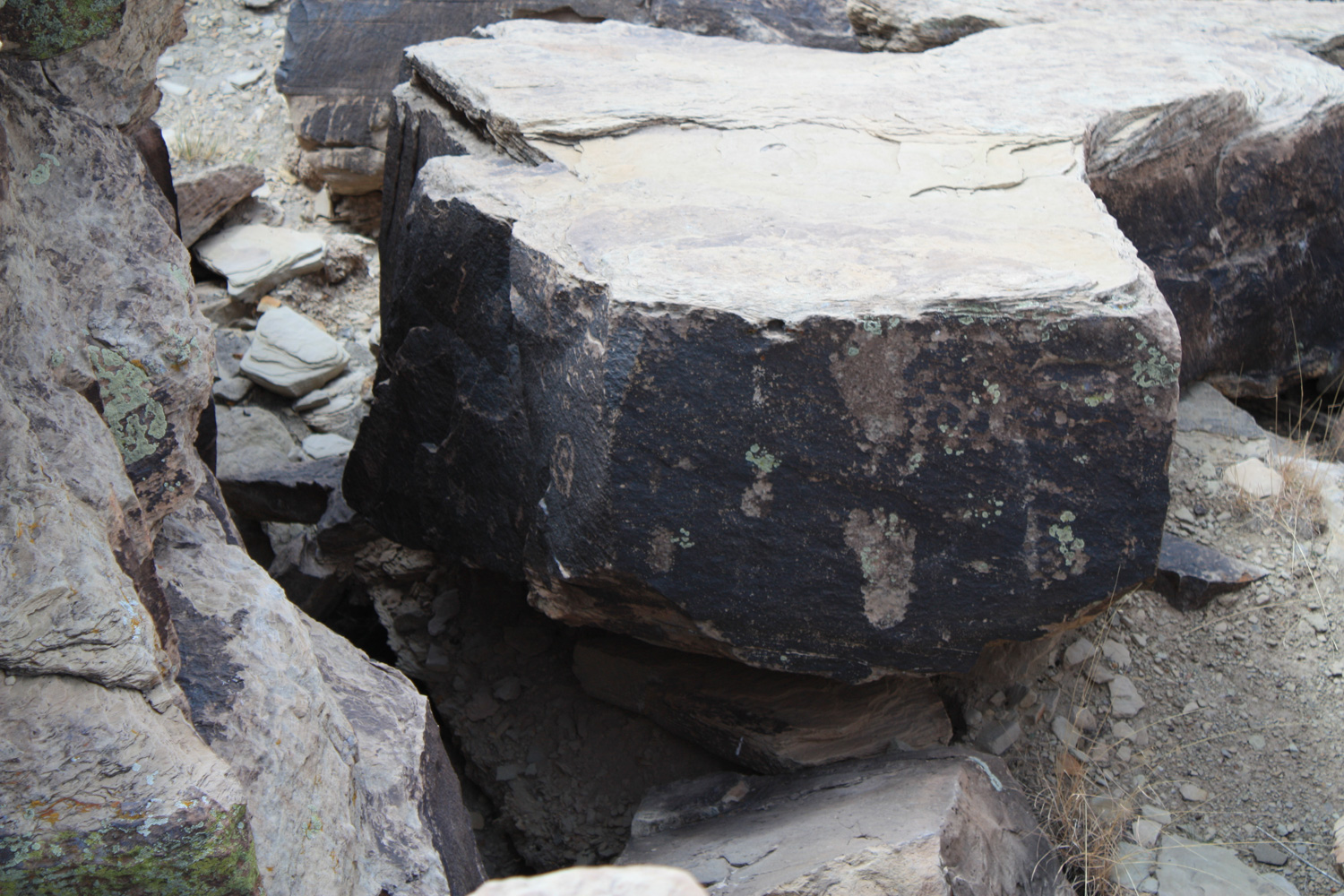 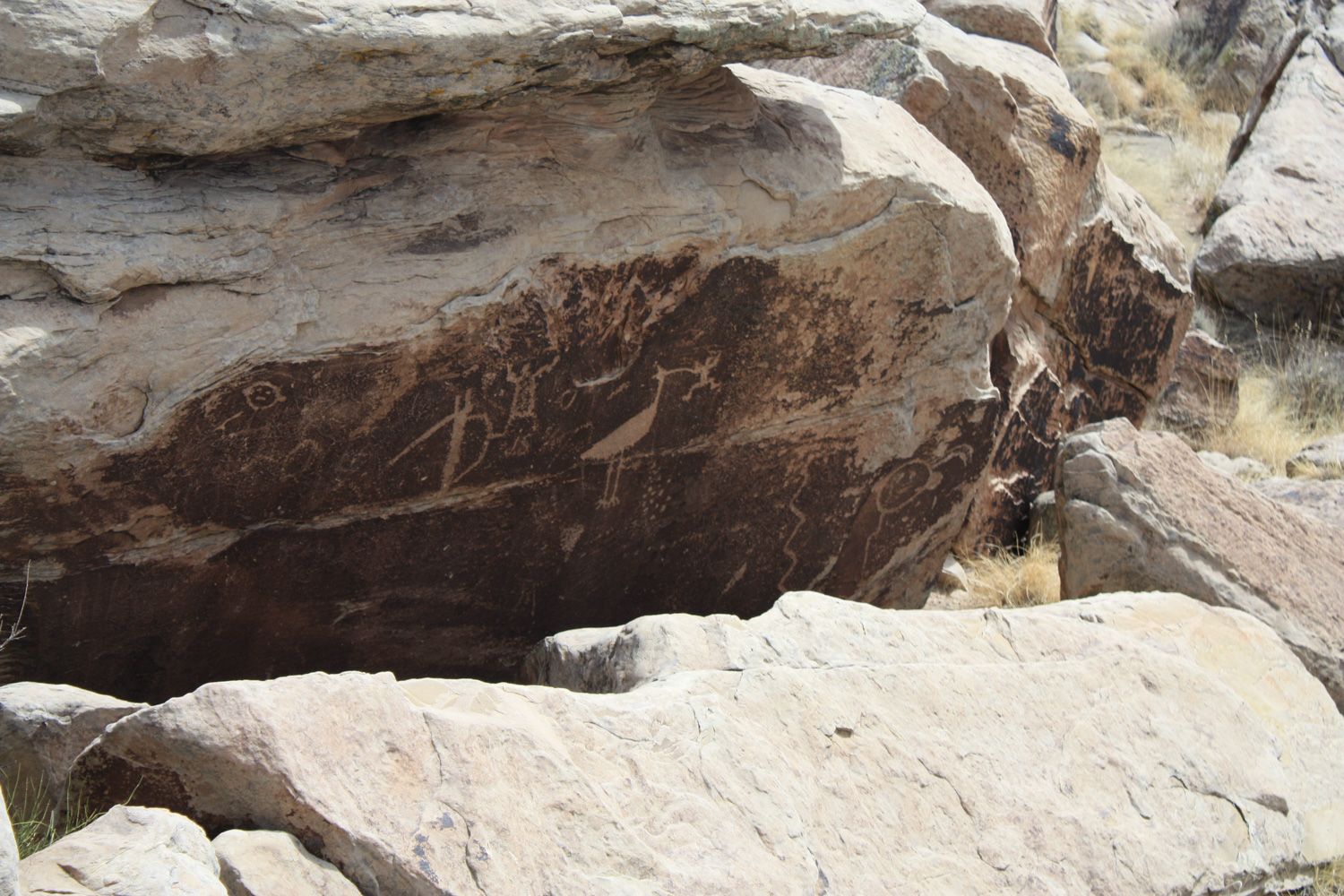 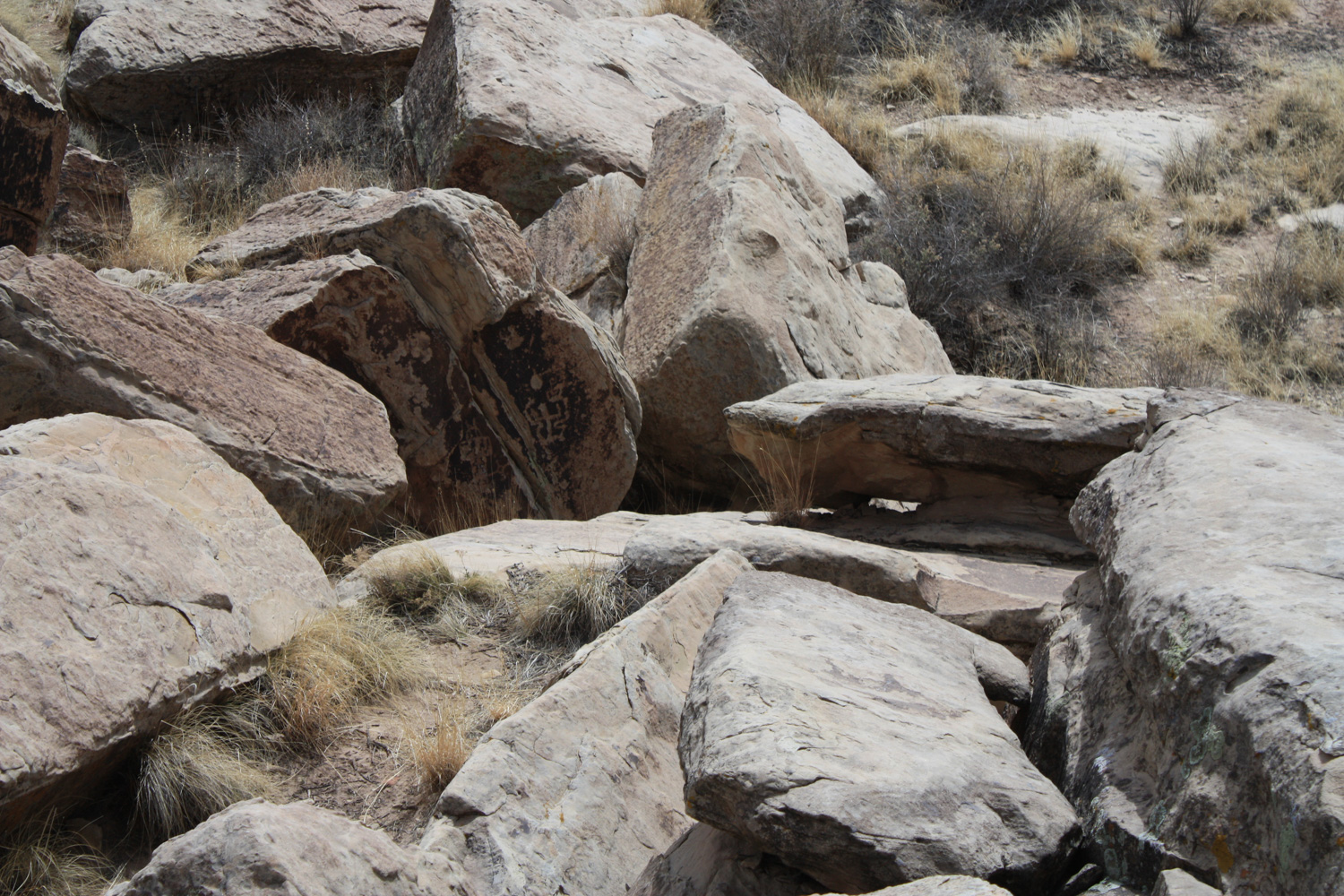 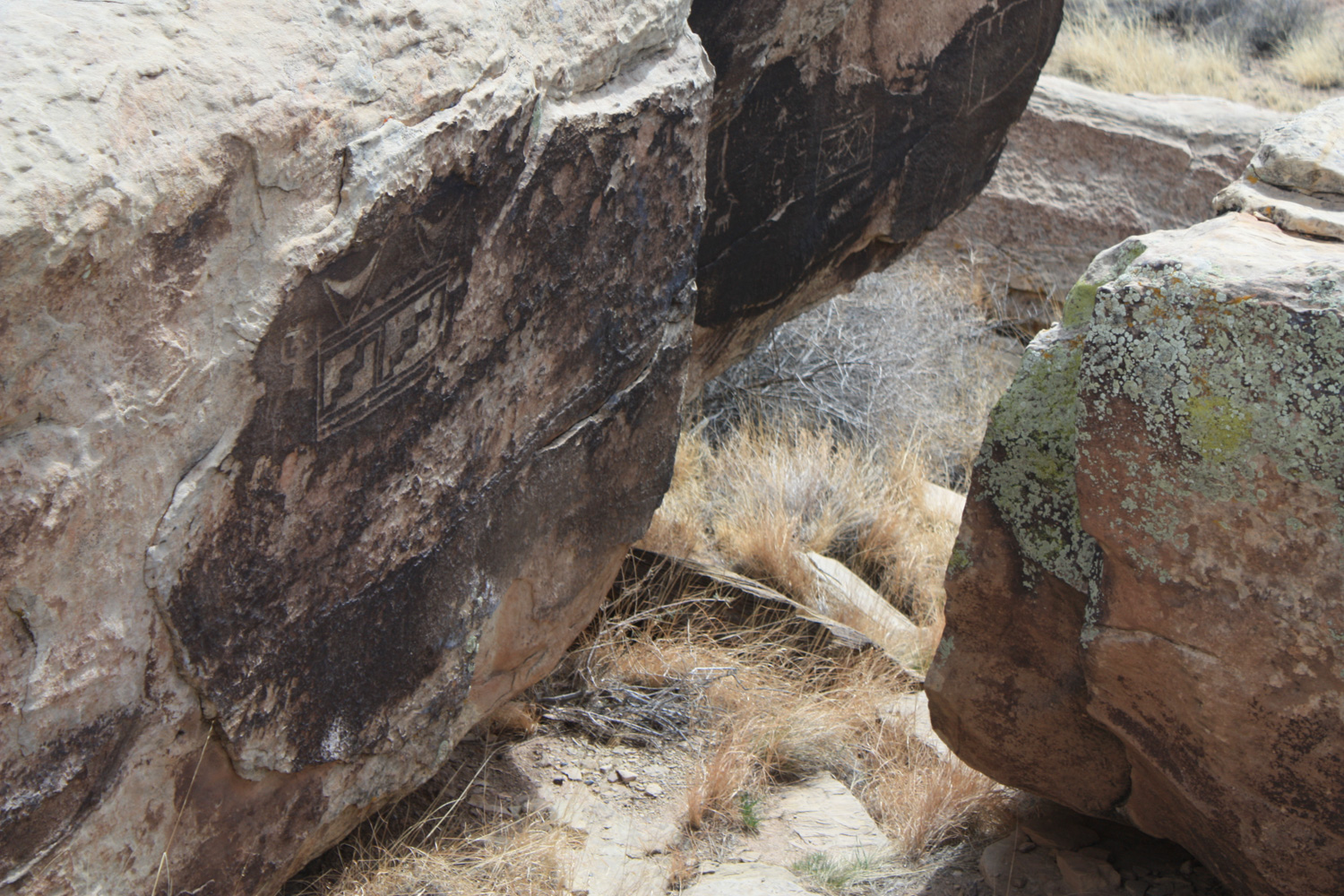 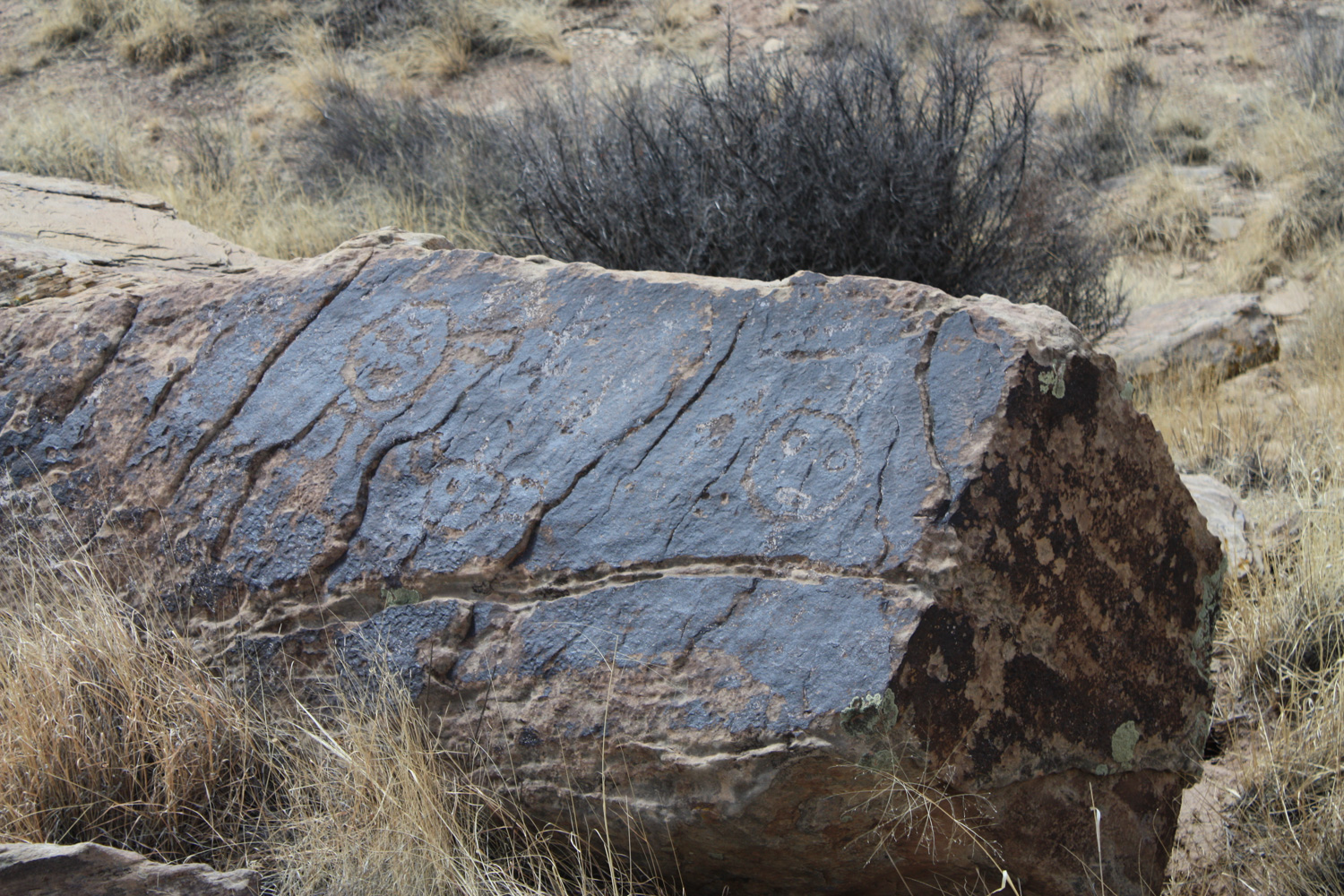 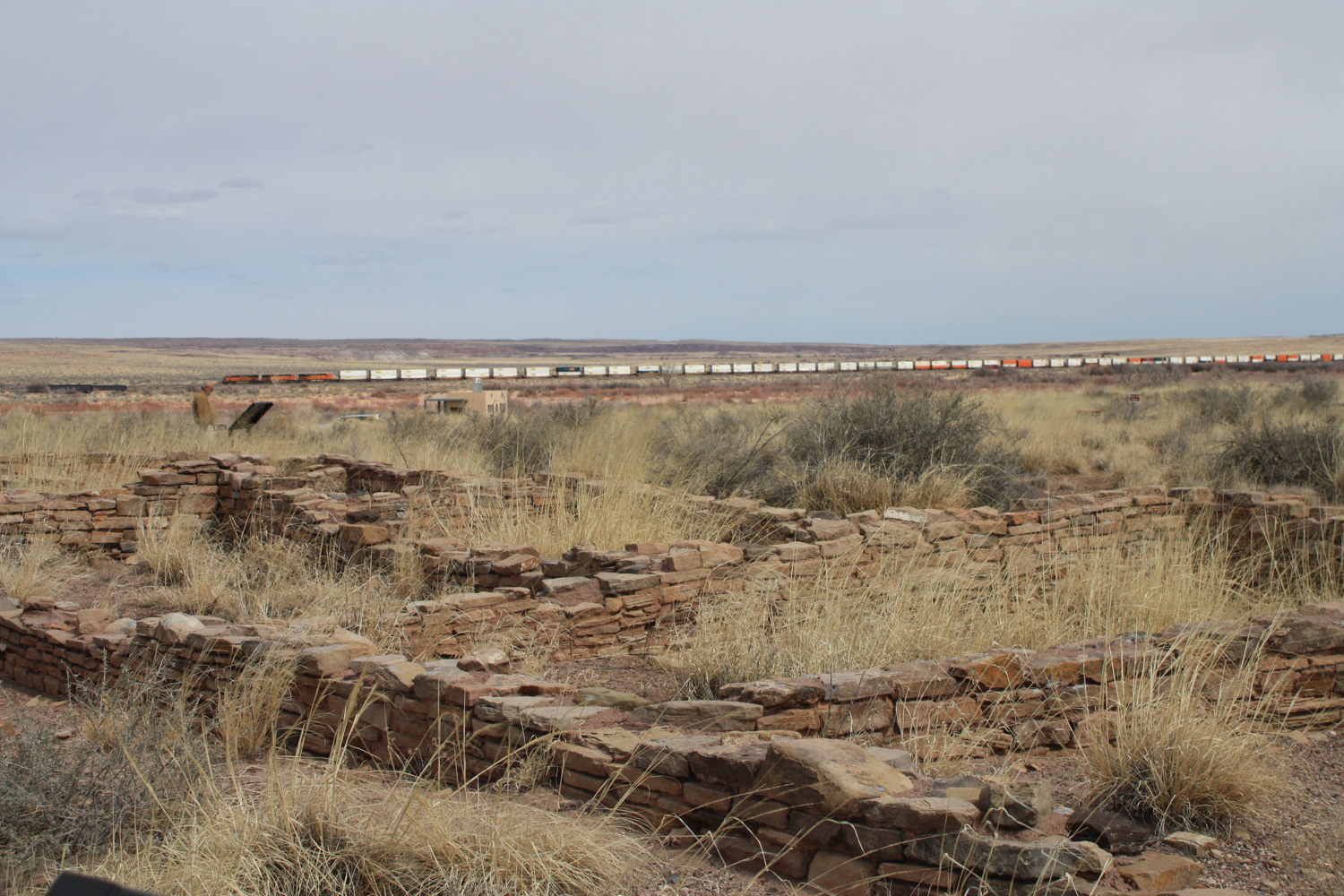 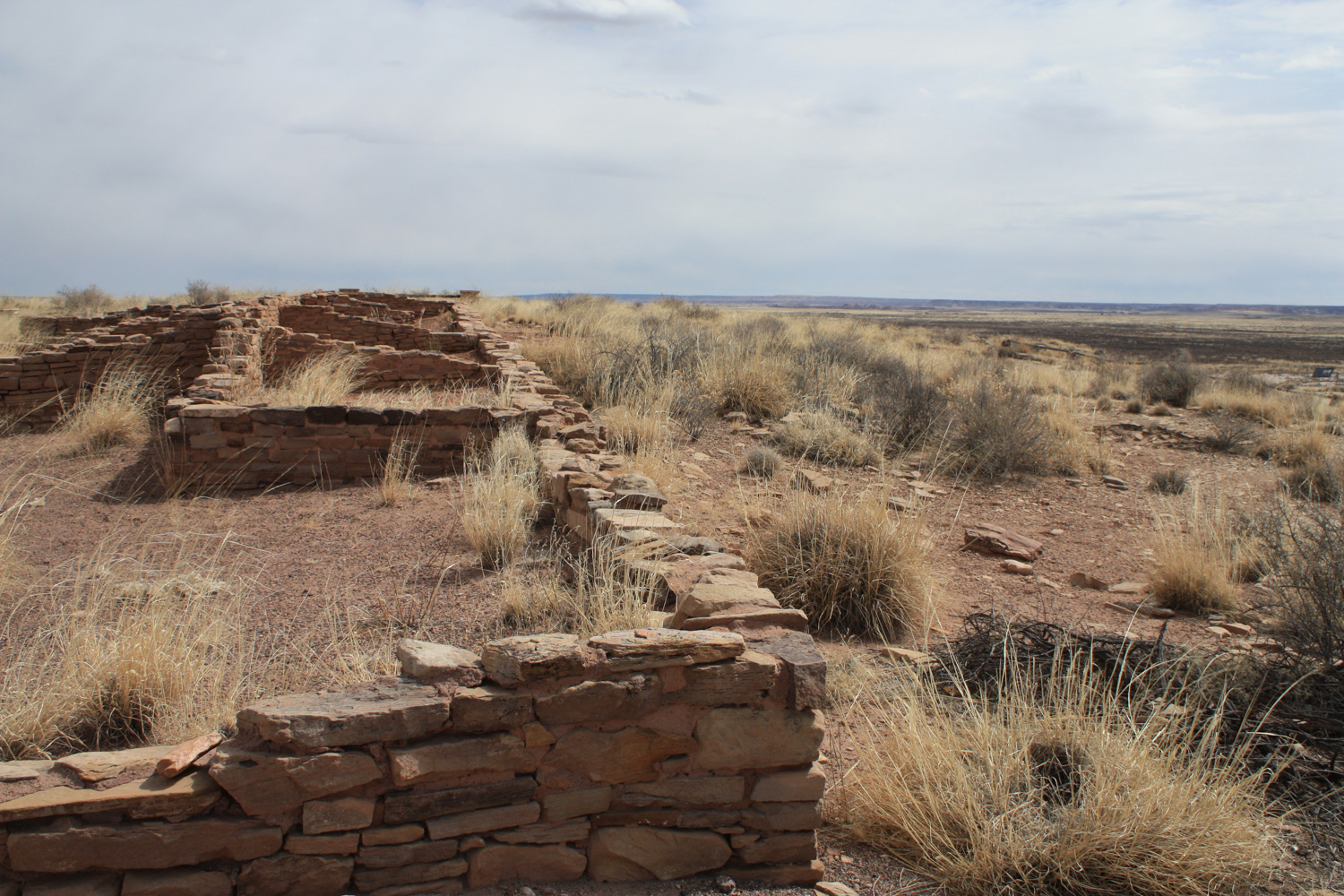 Very good. The route is paved and except for a short, optional spur trail is accessible for strollers and most mobility devices.

There are no developed campgrounds inside Petrified Forest National Park. Backcountry camping is allowed in the Petrified Forest Wilderness Area. Free permits are required and can be obtained at the Painted Desert Visitor Center, Painted Desert Inn, and Rainbow Forest Museum up to an hour before the park closes. The Park Service has a page set up with nearby National Forest and State Park campgrounds for further information.

From I-40, take exit 311 toward Petrified Forest National Park and continue on Park Road / Petrified Forest Road for 11.1 miles. You will cross to the south side of I-40 and across a set of railroad tracks, then the trailhead will be on your left.