The Eastern Sierra is a supremely photogenic region of California no matter what time of year, but in early fall when the aspen change color it can be especially tough to beat.

McGee Creek – between Mammoth Lakes and Bishop just to the southwest of Lake Crowley – is an absolute must-hike at peak color. It’s difficulty is very manageable for most, it’s near a great Forest Service camp site at McGee Creek, and the usually spectacular Sierra terrain is made even more outstanding by the unusual rock formations and mineral content of the towering mountains that flank both sides of the creek canyon.

The hike begins just past the McGee Creek Pack Station at a small parking area that can get a little crowded in the late morning and early afternoon – especially during foliage season. You’ll start hiking on a slow but steady incline through high elevation sagebrush chaparral. To your right you’ll be able to see scattered, solitary juniper trees clinging to the steep slopes of McGee Mountain; straight ahead are the jagged, multicolored faces of Mounts Aggie and Baldwin; and to your left is a thick strand of aspen hugging the creekbed at the base of Mount Morgan. 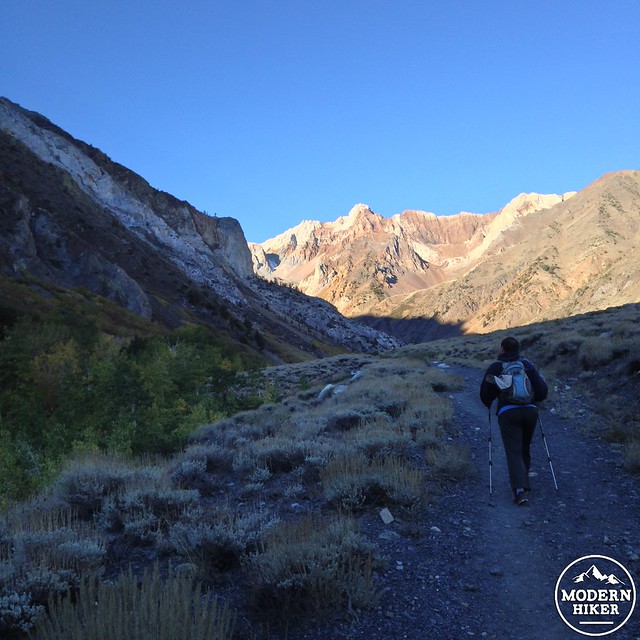 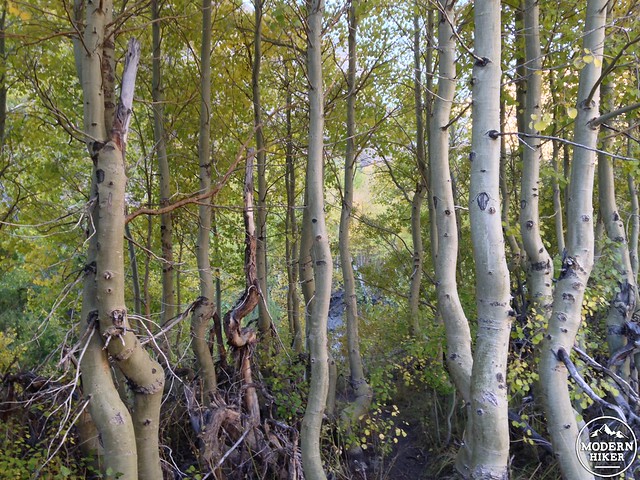 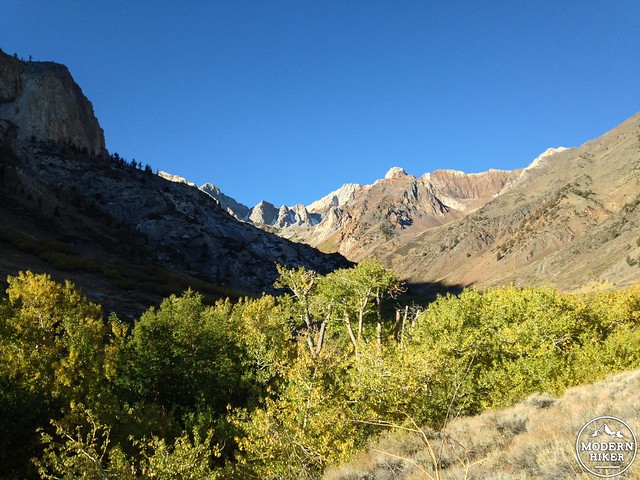 There are several indistinct trails from the parking area – they all end up in the same place, but to get close to those creekside aspen, veer as far to the left as you can. You’ll be able to get much closer to the trees – and the trail itself is more interesting to hike.

By the 0.9 mile mark, all the different trails meet back up and continue heading into the canyon well above the creekbed. You’re not out of the water, though. Buzztail Spring, just to the north of the trail on the south slope of McGee Mountain, provides a few small trickles that even in a record-breaking drought year turned a short section of the trail into a miniature stream.

You’ll cross into the John Muir Wilderness at just past 1 mile, and the trail parallels McGee Creek as it turns to the south. The scenery here is truly stunning – aspen groves continue to hug McGee Creek to the south, but they also seem to crawl out of the bottom of the canyon along various tributary creeks and washes in seemingly every direction. Because there’s a wide range of elevation for these trees, there’s a good chance you’ll be able to see their full spectrum of greens, golds, oranges, and reds if you can target your hike during peak color (usually early/mid-October). 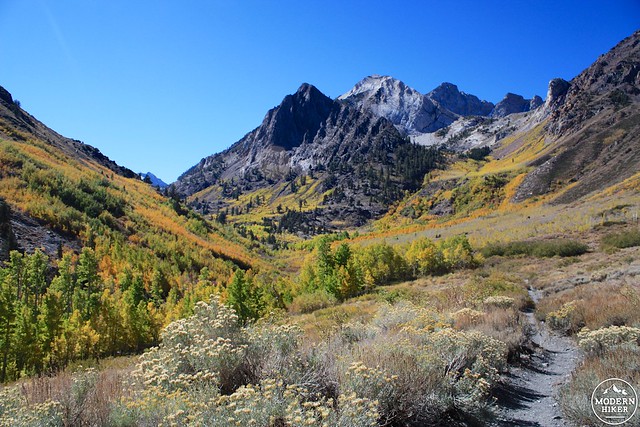 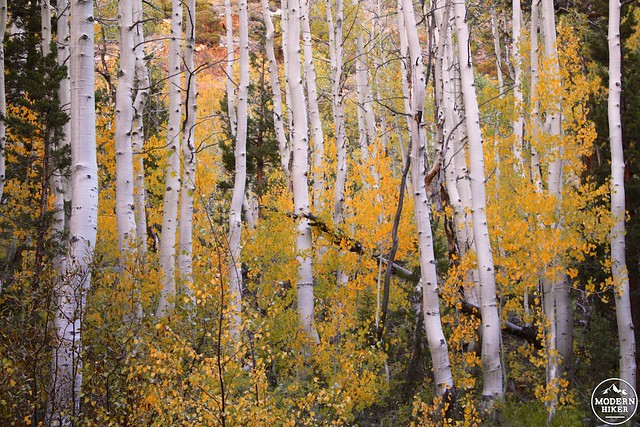 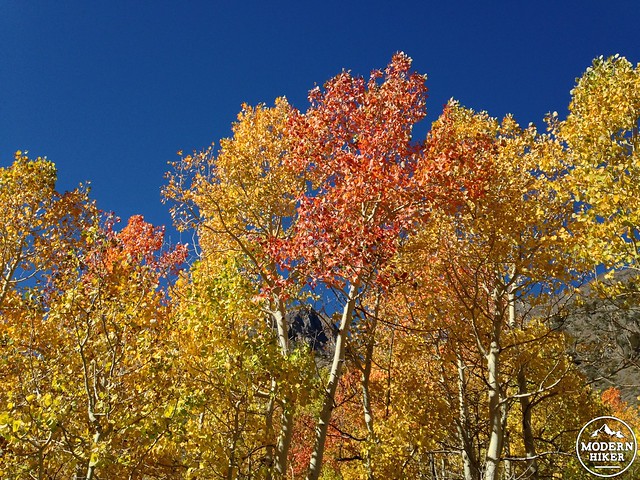 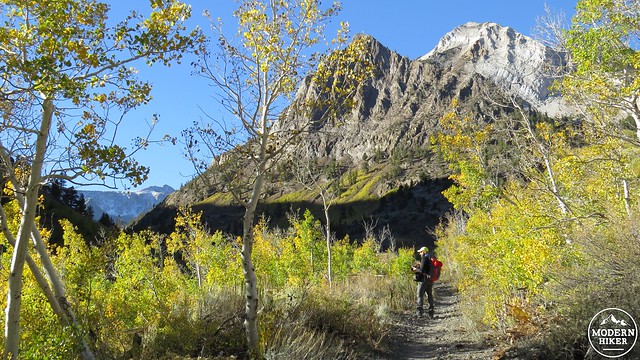 At 1.7 miles, the trail crosses another, more heavily flowing creek – this one formed from a series of springs on Mount Balwdin. You’ll hop across a few boulders in the midst of another large aspen grove – and just beyond this small crossing there is steep use-trail down to the banks of McGee Creek if you’re in the mood for a short side trip. If the light is good, I highly recommend it – you’ll end up at a roaring cascade surrounded by beautiful aspen. Give yourself time to linger to soak in all the scenery. 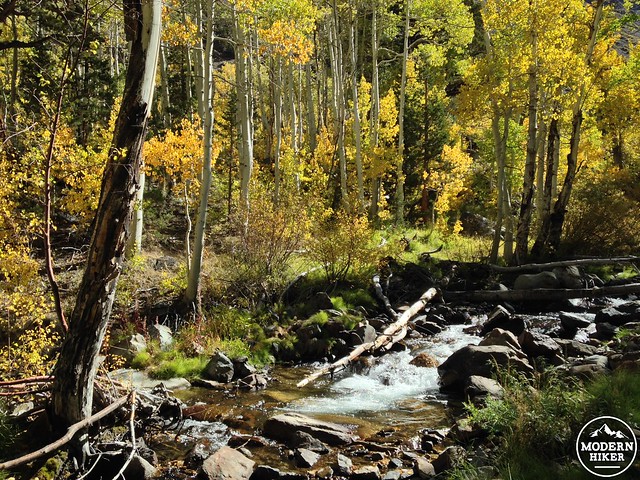 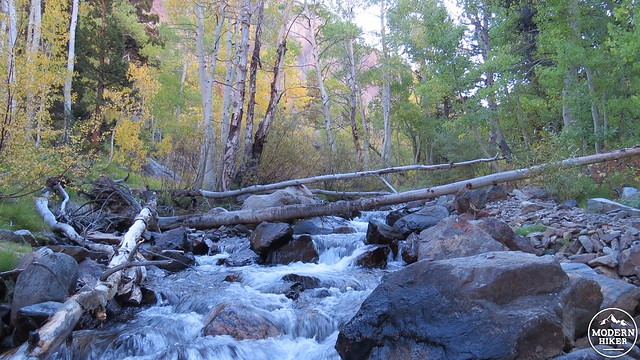 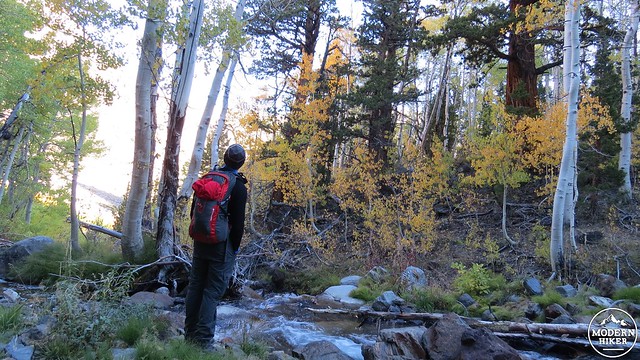 Return to the trail and continue heading south. From here, you’ll pass through a few more dense, low aspen groves and eventually get into the creekbed itself. Above you, the long ridge between Mount Standford on your left and Mount Crocker on your right frames the scene nicely. 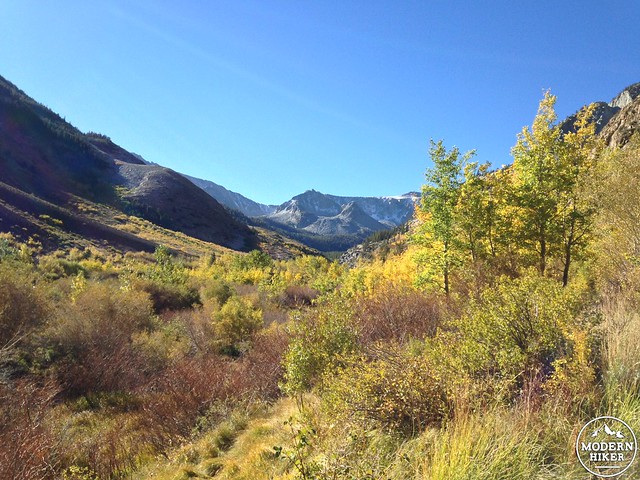 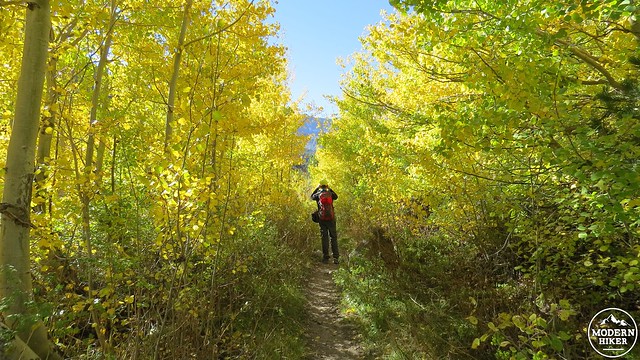 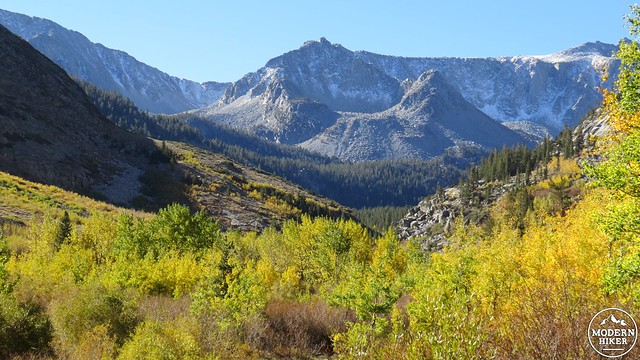 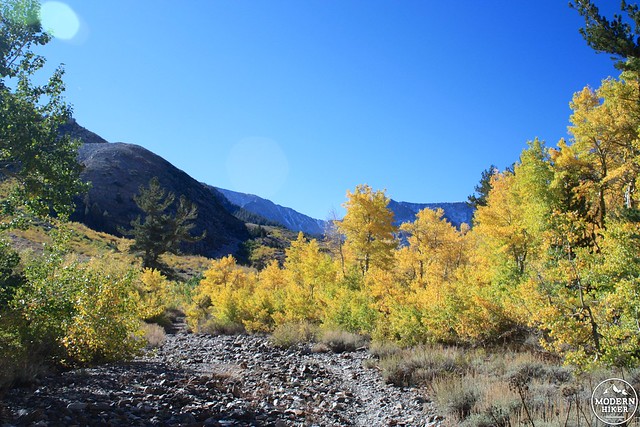 At 2.8 miles, there’s an oddly V-shaped bridge over McGee Creek, after which the trail stays on the east bank until it reaches a very picturesque beaver dammed-lake mirroring the peaks and scattered aspen in the forest. 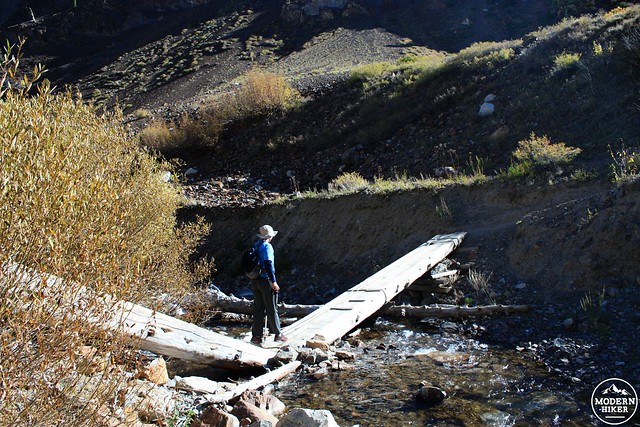 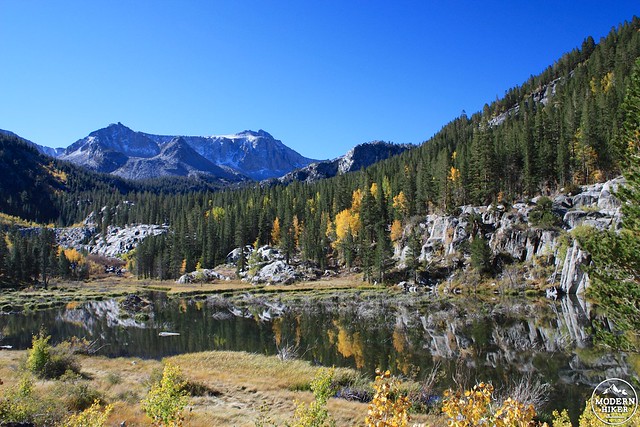 note the beaver lodge at the left of the lake, near the Creek inlet

Beavers in the Sierra are a little controversial – a species of beaver was native in the region until the nineteenth century and were reintroduced to the Sierra in the mid 1940s. There is evidence that beaver can drastically reduce the number of aspen and cottonwood trees when they set up shop along a creek, but there is also evidence that those trees will survive despite the stress. In addition, beaver dams have been shown to increase the overall health of the local ecosystems, increasing the number and density of riparian plants along the banks of the dammed creeks as well as the size and number of trout and salmon in those creeks. Additionally, beaver dams can improve the clarity and quality of downstream bodies of water – but some beaver families and dams are still actively being removed by wildlife managers.

This is a good turn-around point for the hike, although if you’re feeling adventurous you can continue deeper into the John Muir Wilderness. It’s just under a mile to Grass Lake and a little over two to Steelhead Lake, or you can take a long climb from McGee Creek to the ruins of the old Scheelore Mine near the summit of Mount Baldwin. You can also trek past the McGee Lakes on your way to 11,895-foot McGee Pass, between Red Slate Mountain and Red and White Mountain. Wherever you decide to call it a day in this canyon, you definitely won’t be short on scenery or a fantastic outdoor experience. 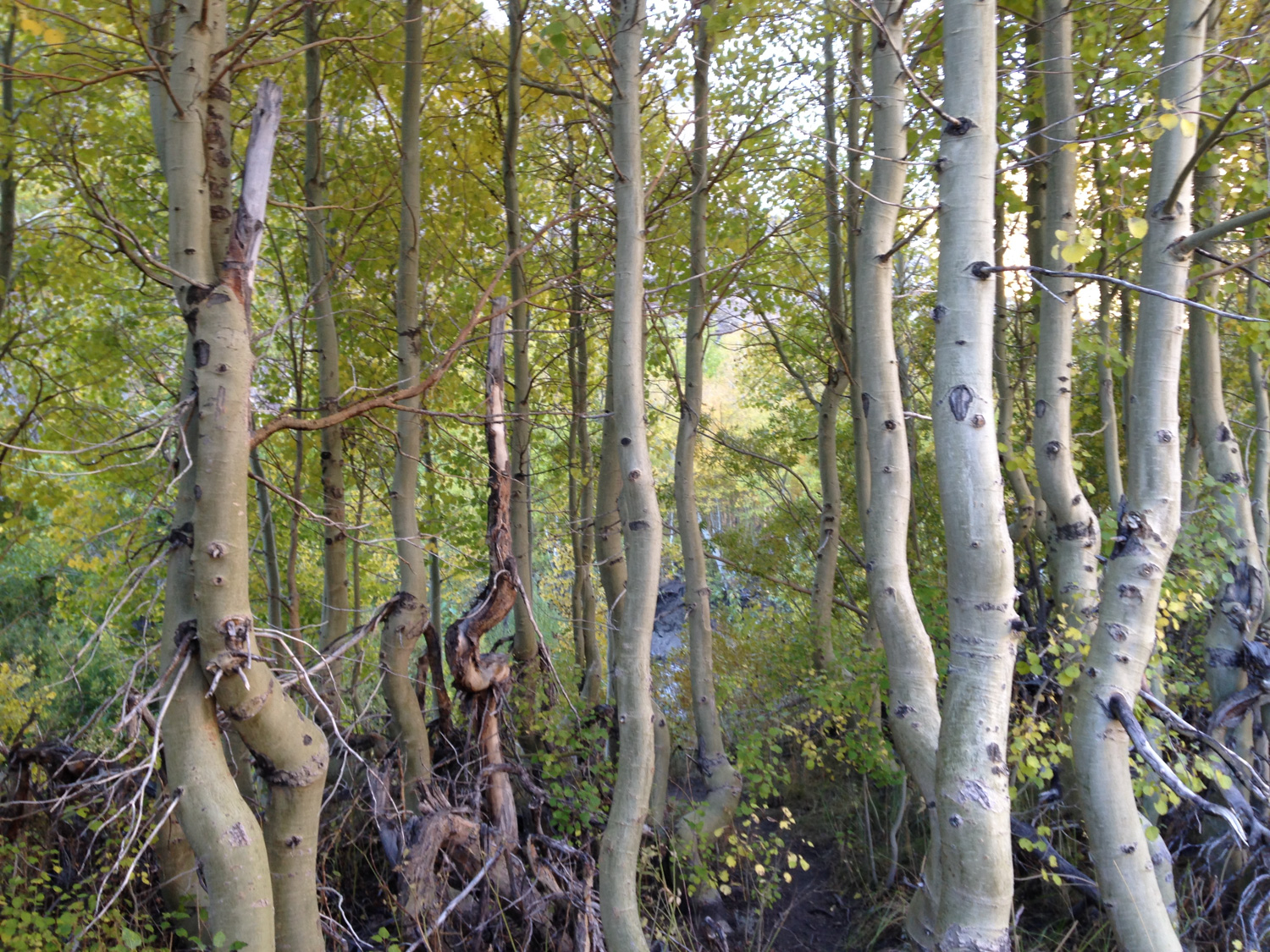 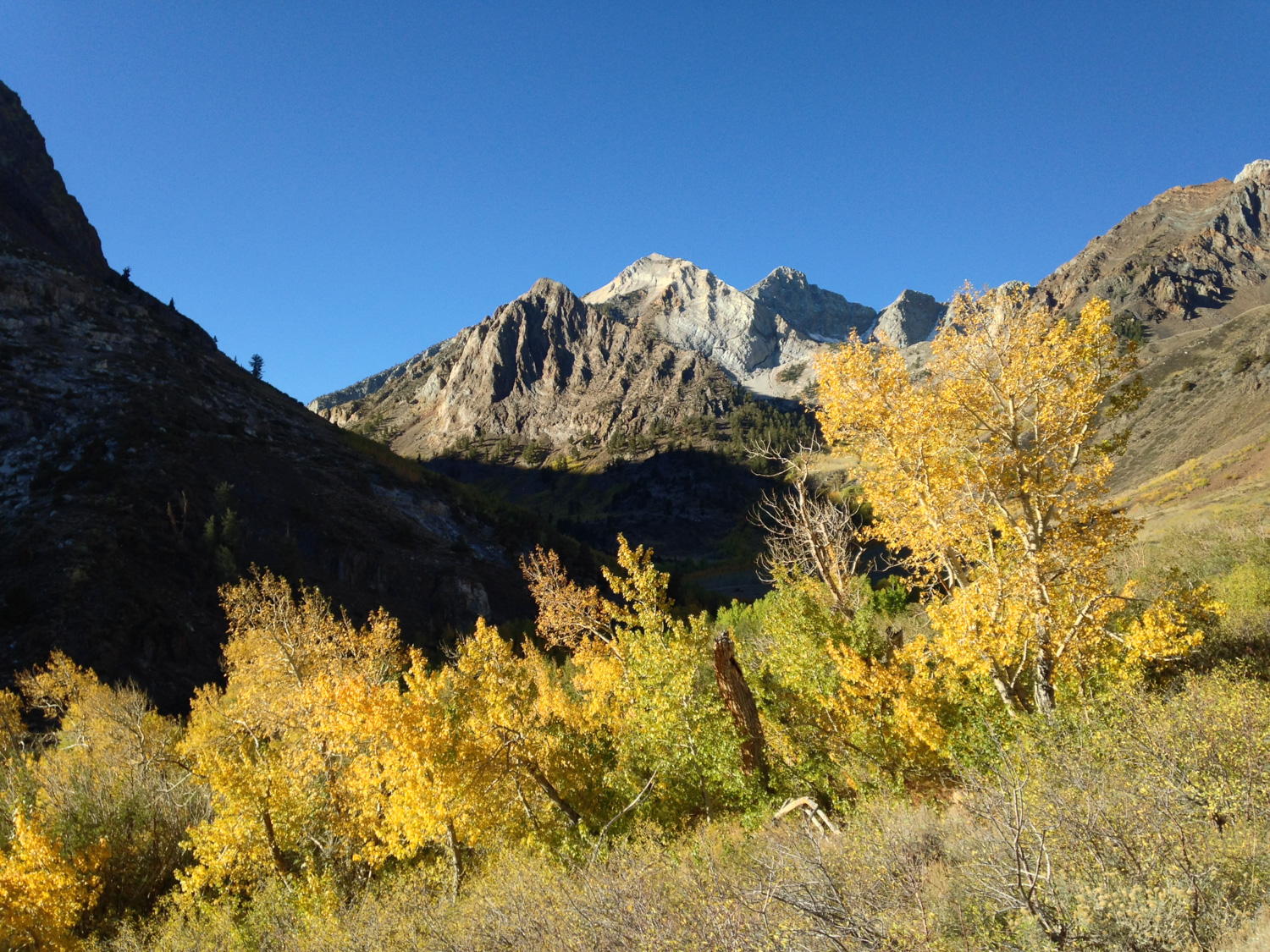 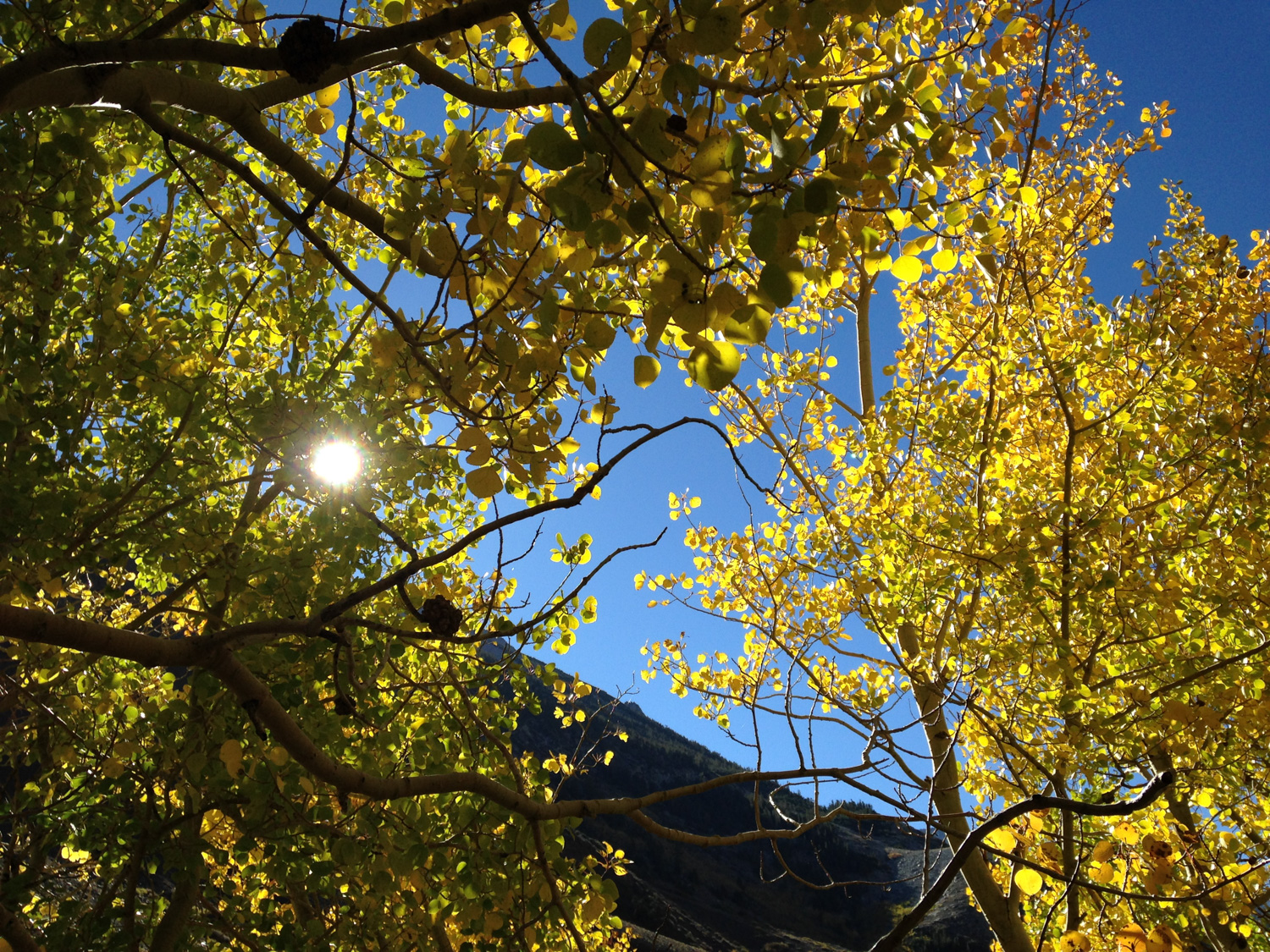 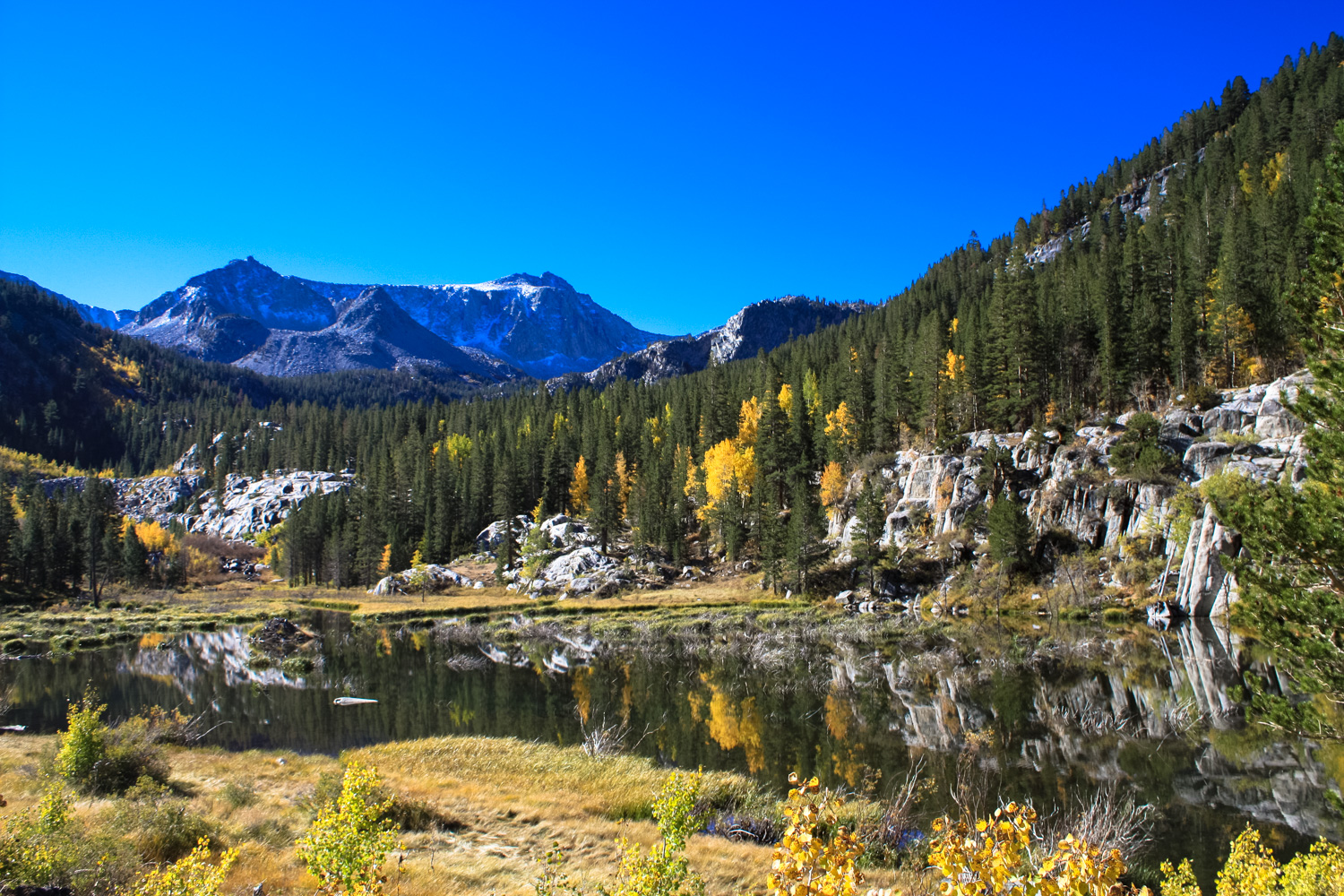 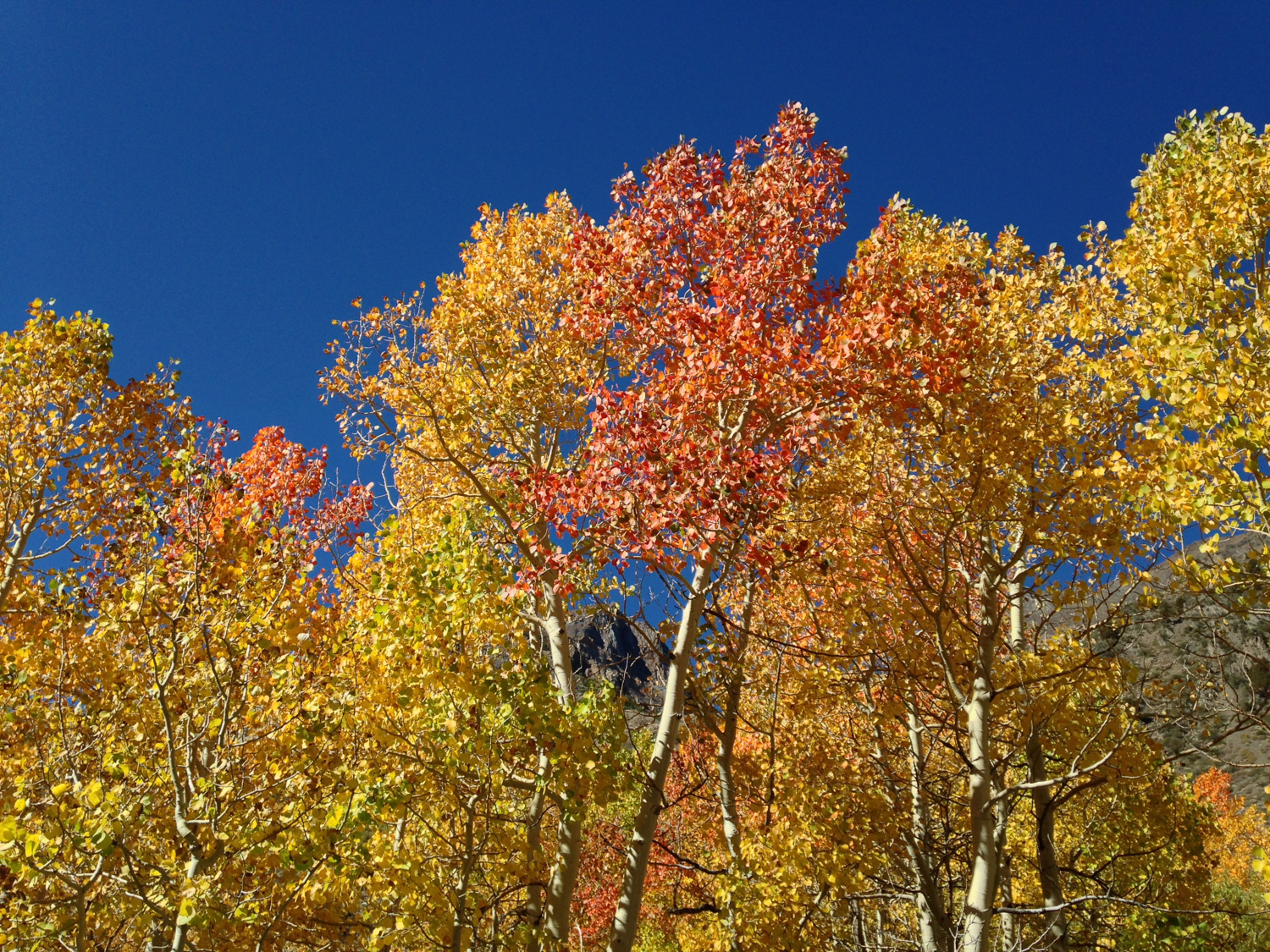 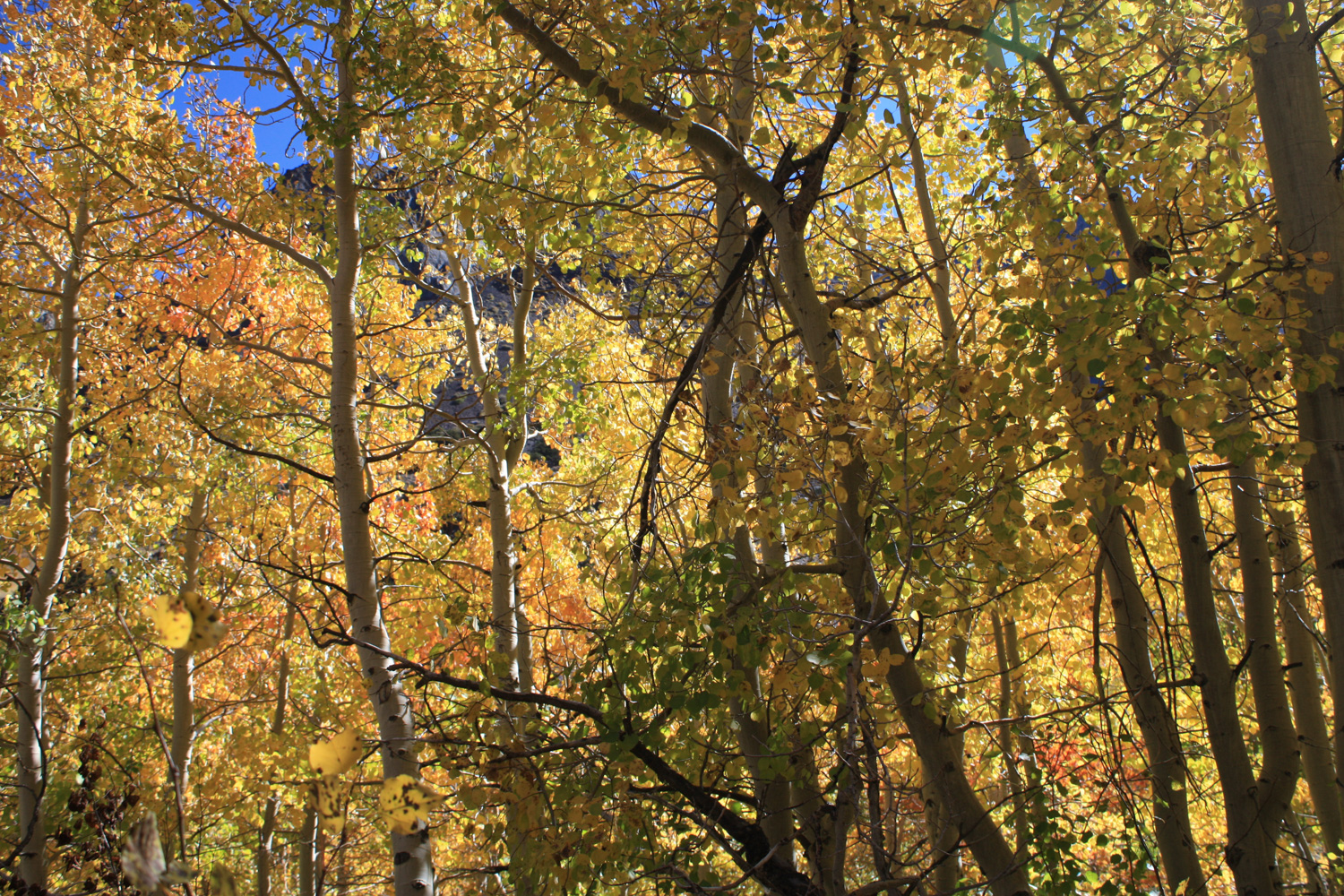 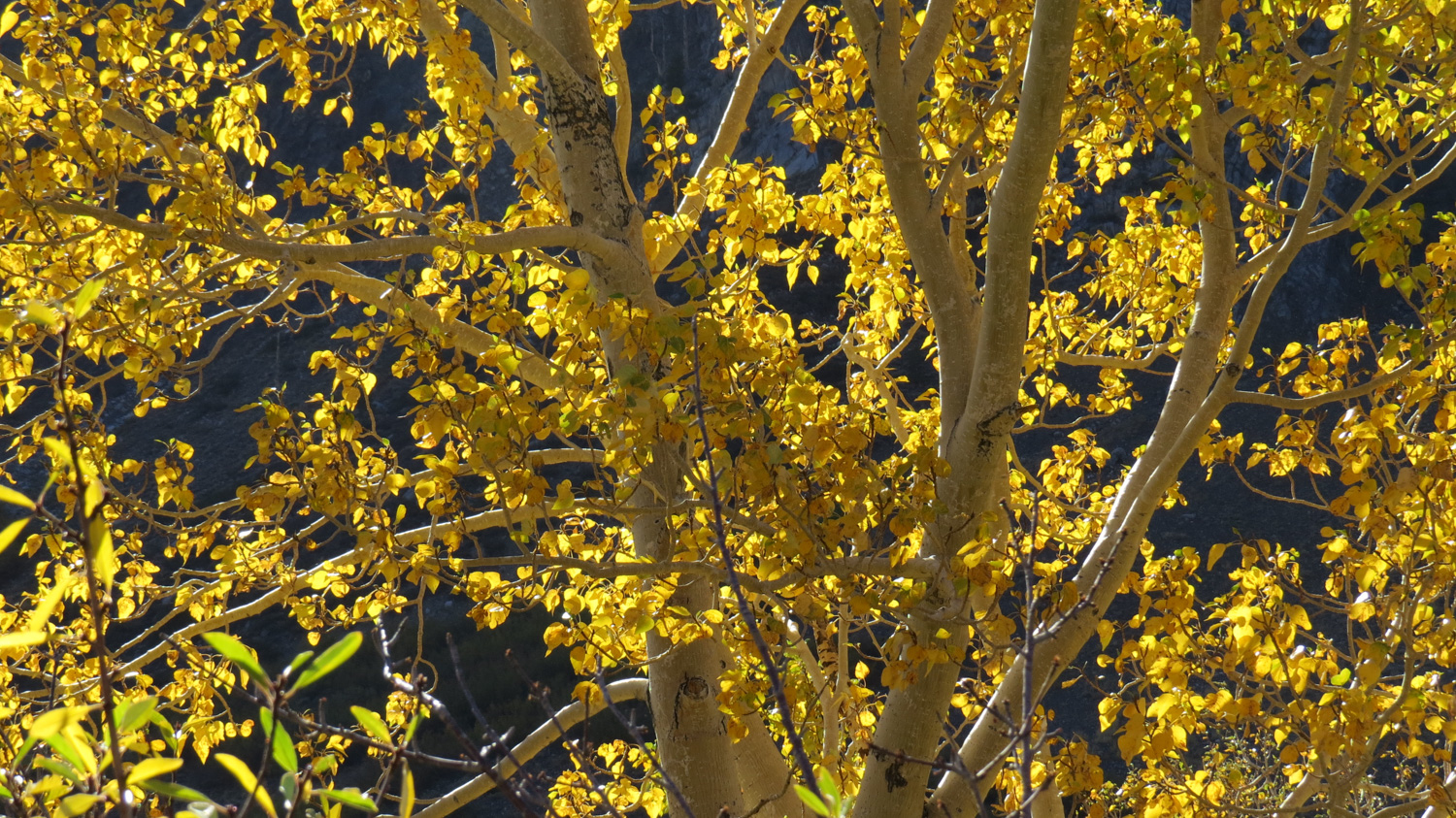 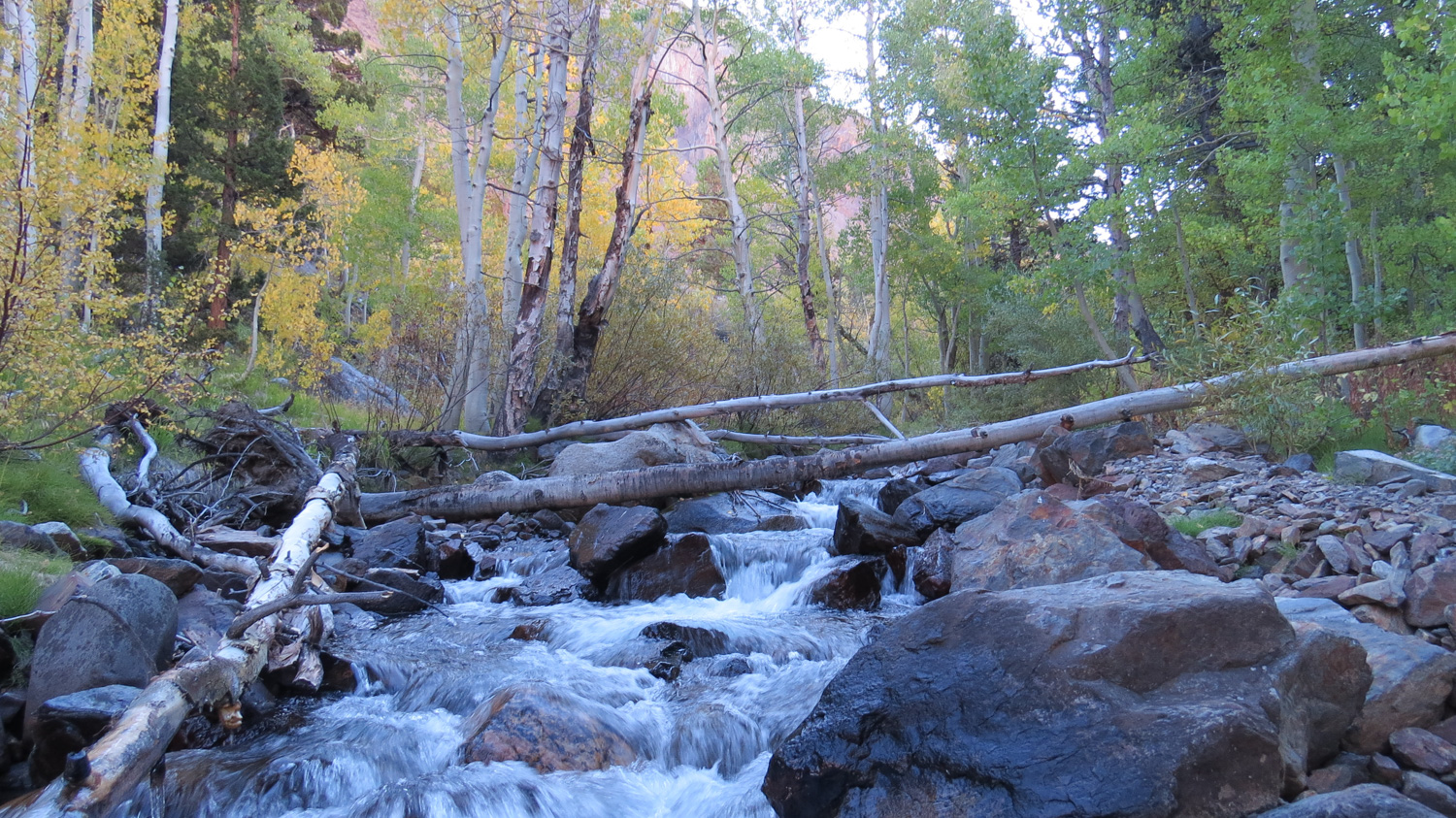 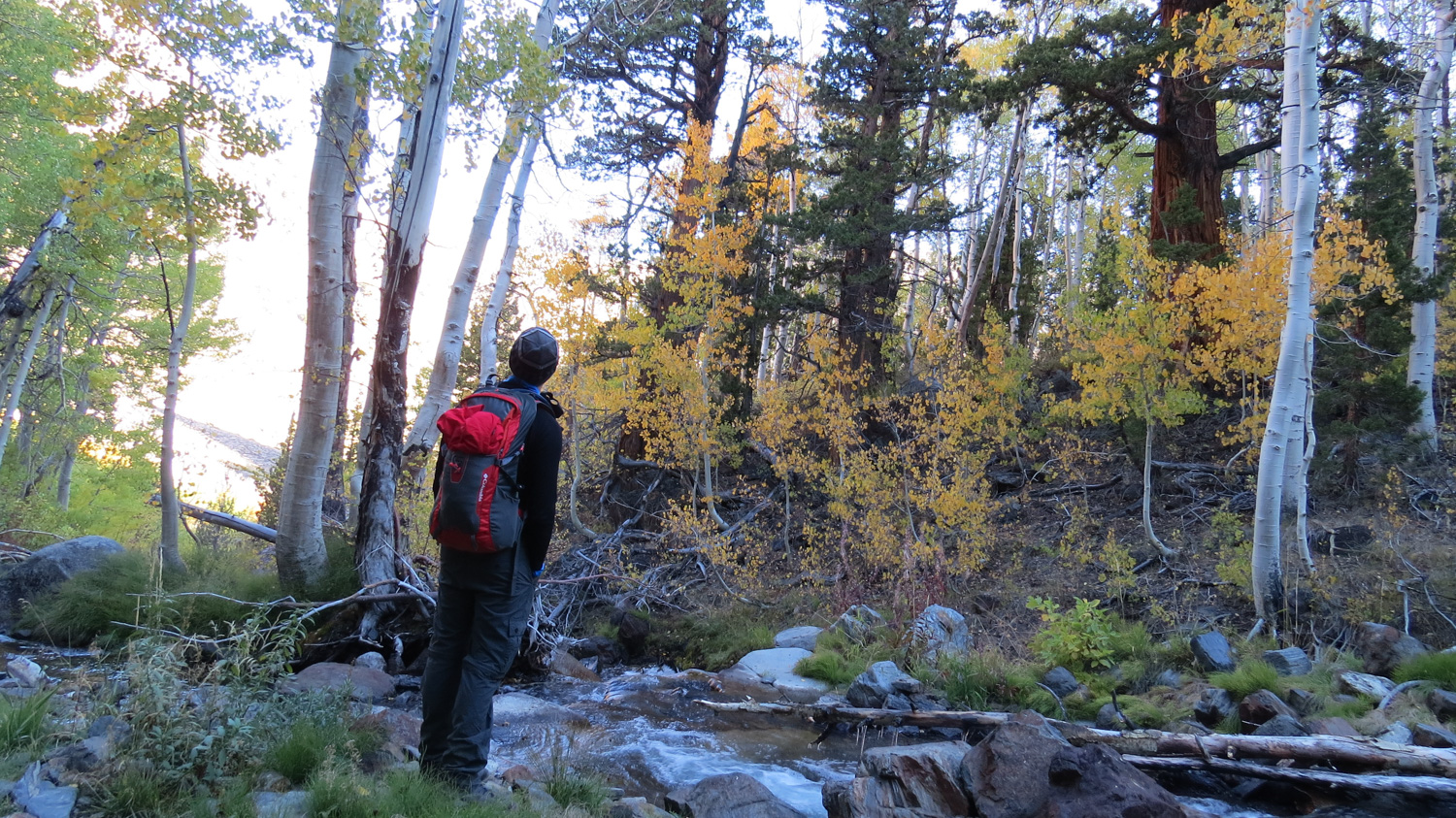 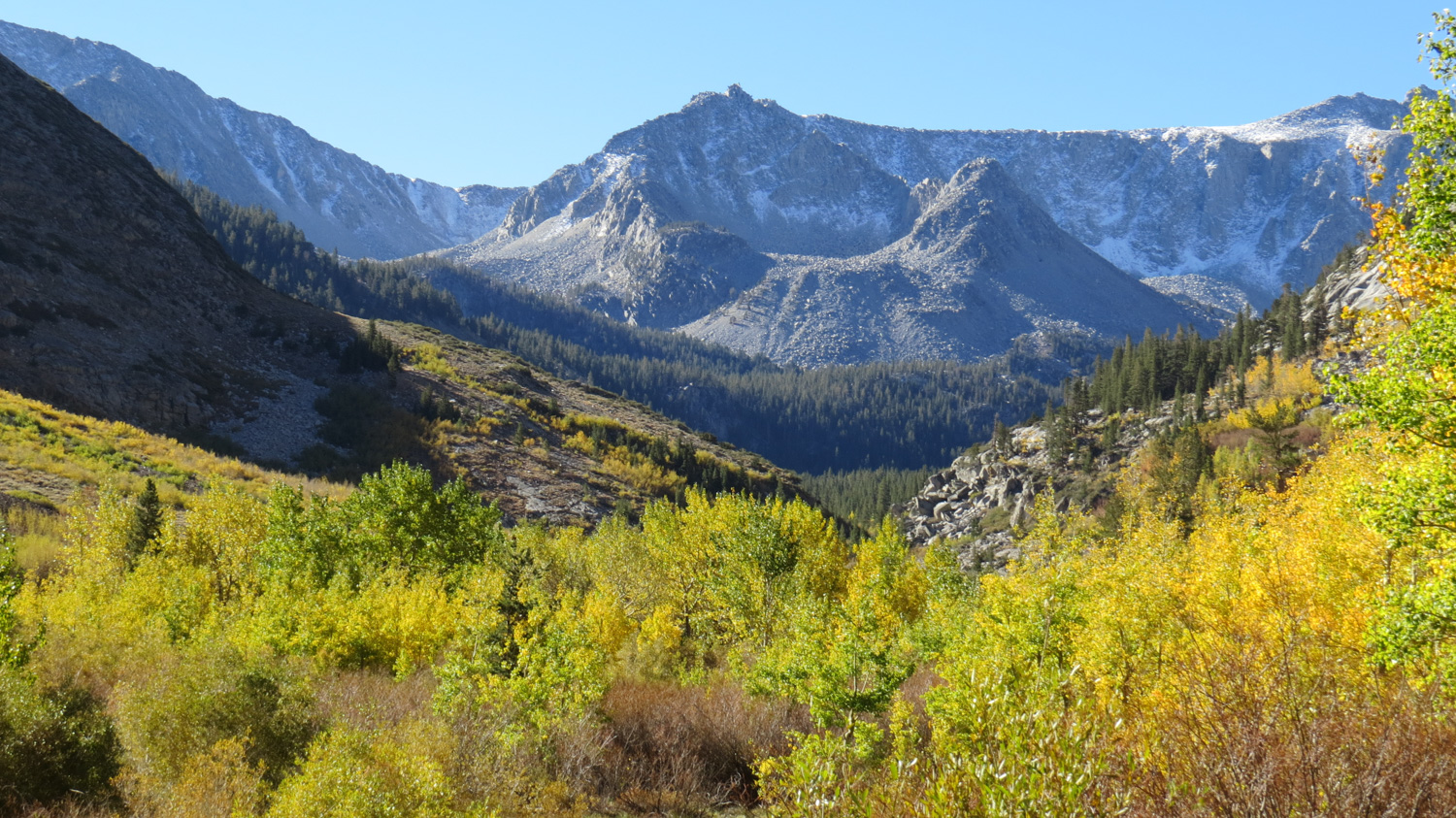 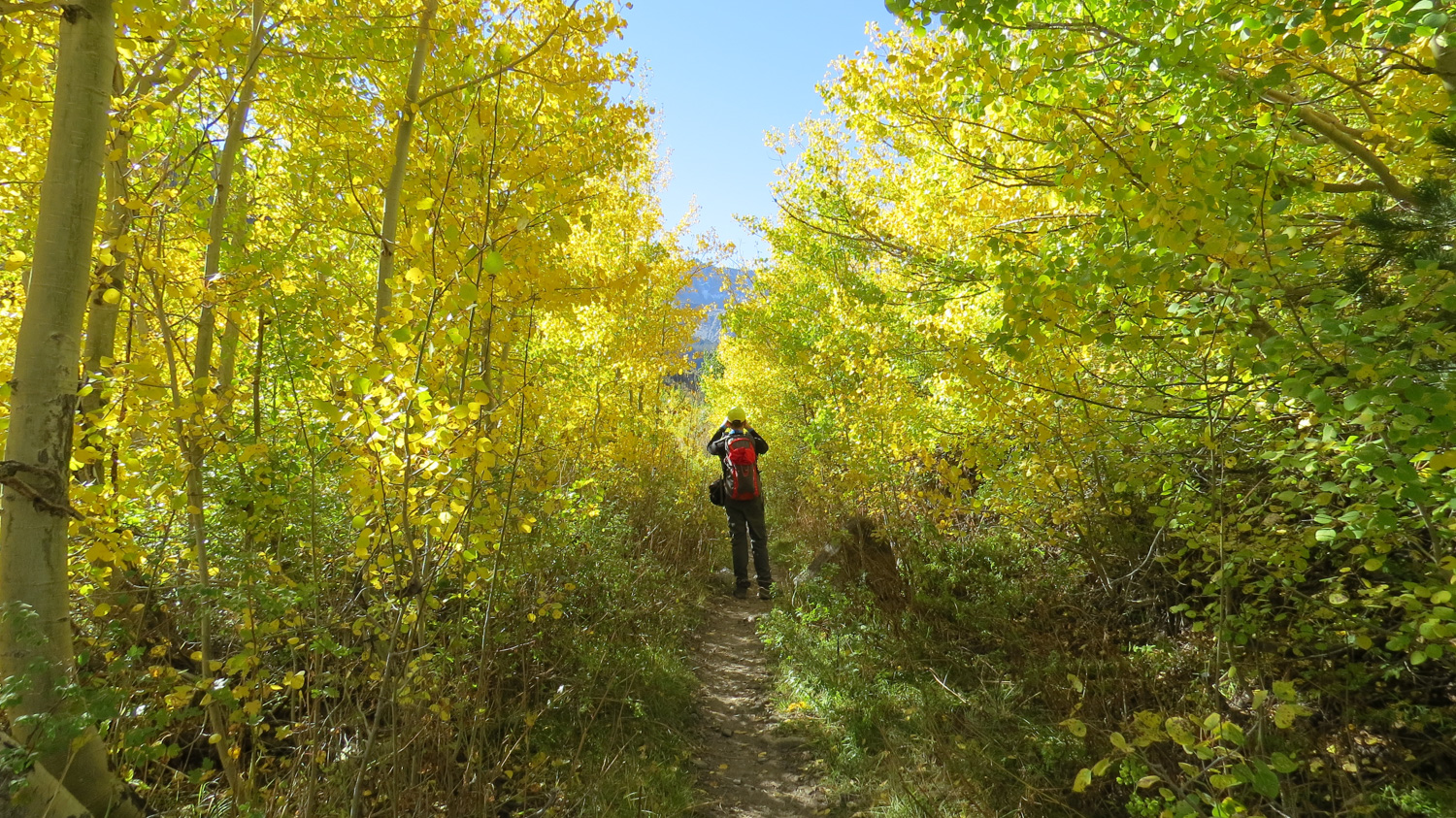 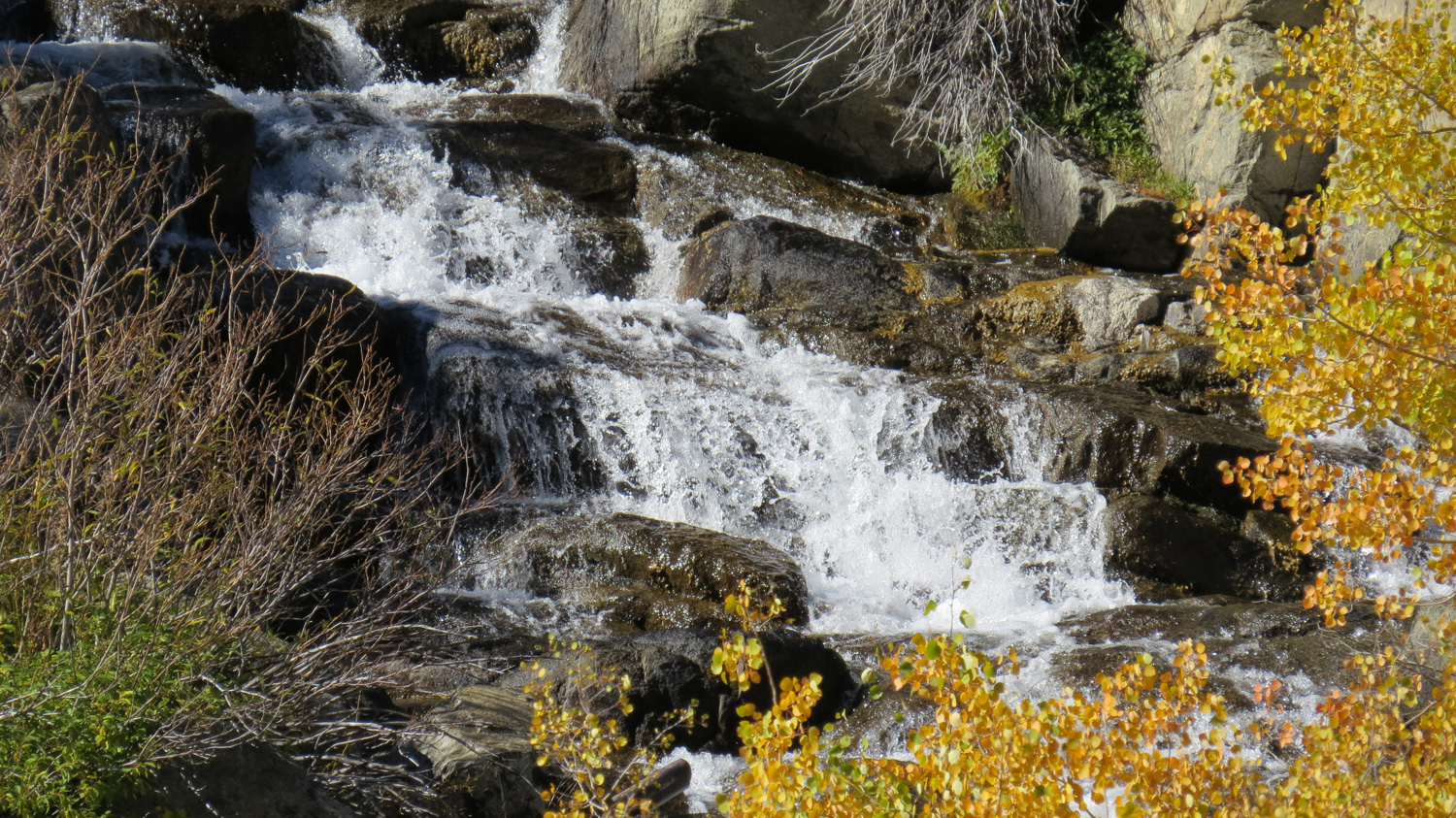 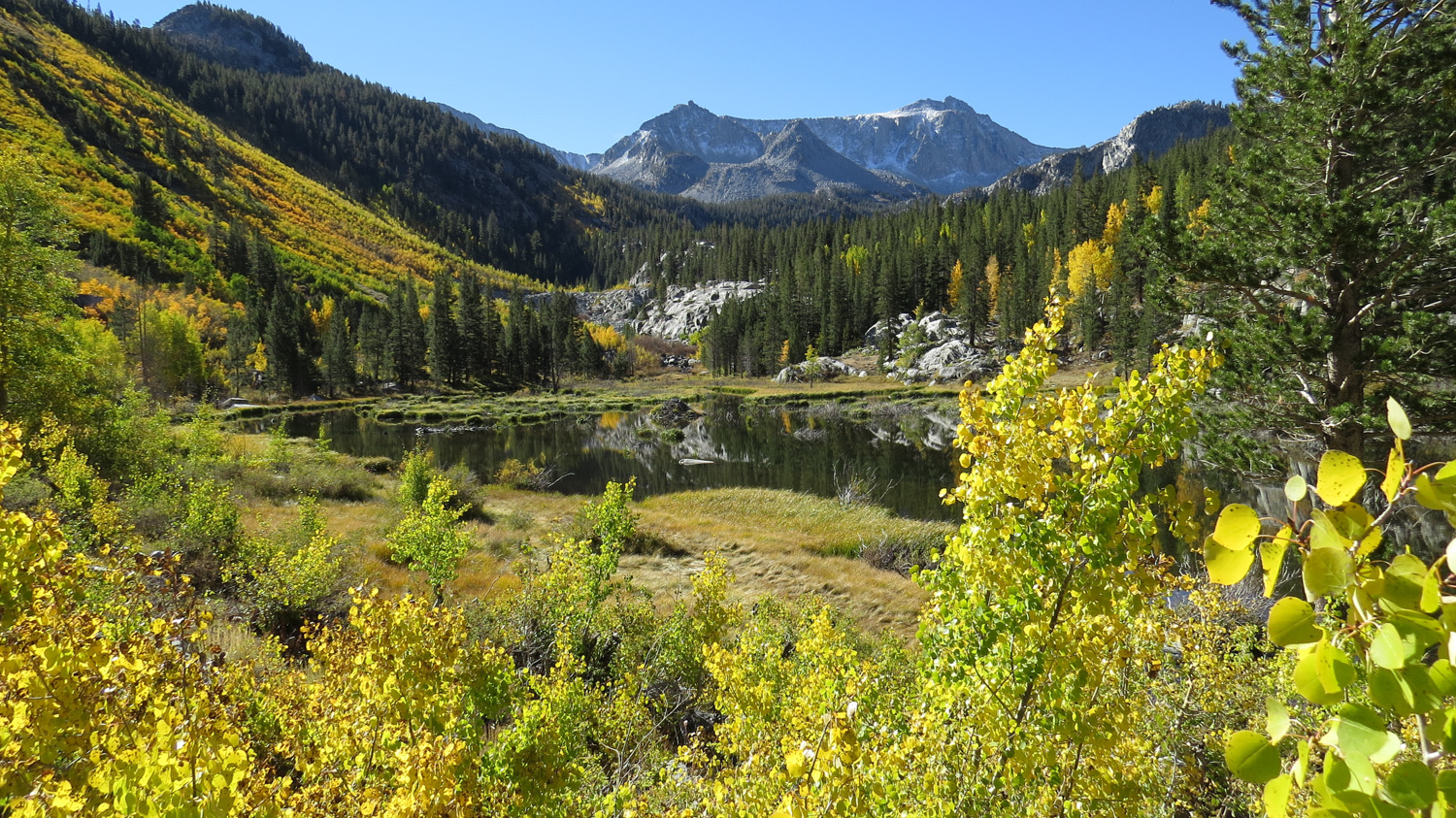 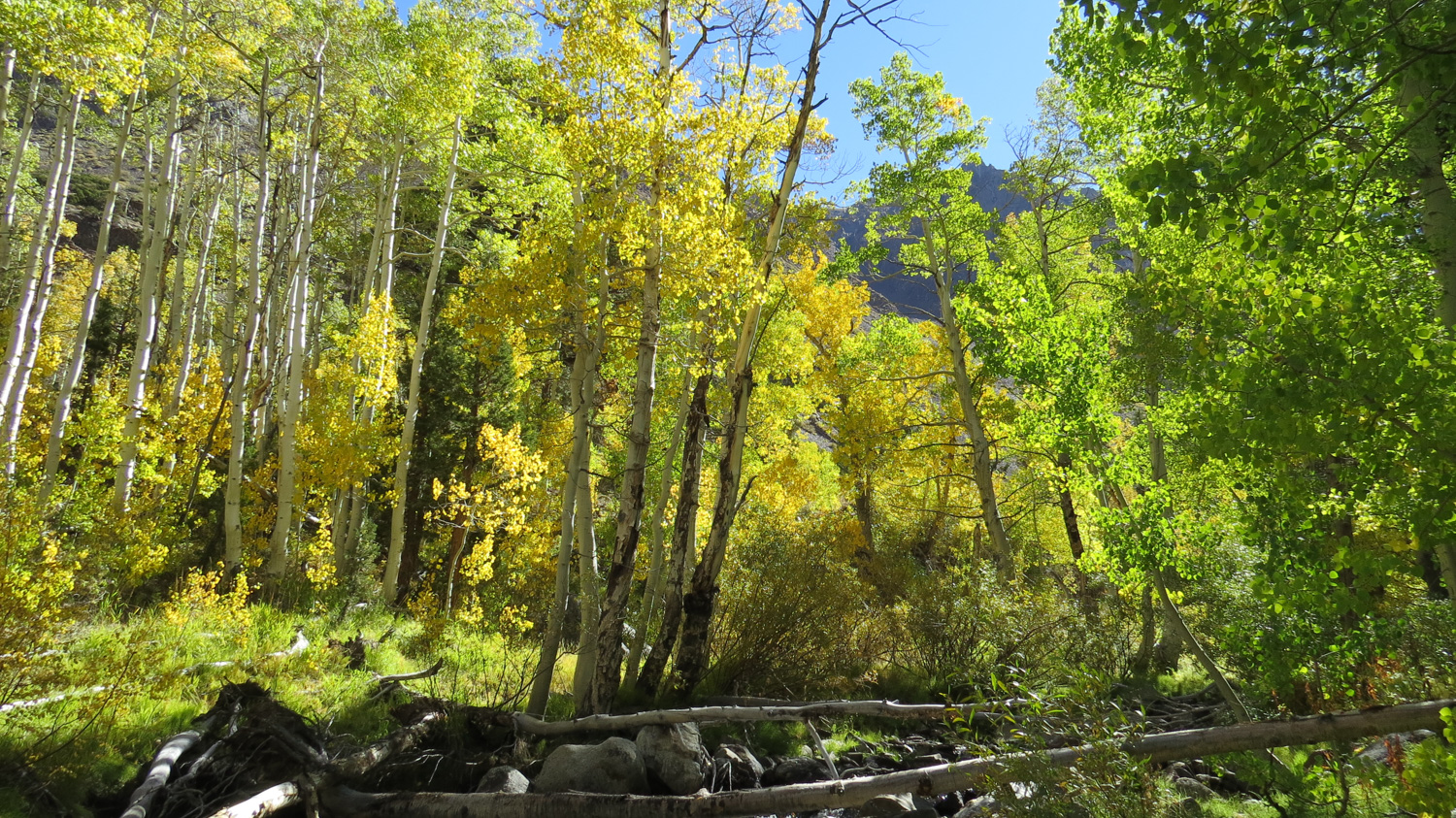 Very good. This trail is well-traveled and in good shape.

Camping is allowed inside the John Muir Wilderness with a Wilderness Permit for your specific trail. Food must be stored with a bear-resistant method, whether that be a bear canister or properly hung from a tree. Campfires are generally allowed below 10,000 feet and dogs are allowed - although if you hike further in and hit a National Park, dogs are not allowed. Inyo National Forest also operates nearby McGee Creek Campground with 28 reservable camp sites, bear lockers, and a flush toilet. Just off the 395, there is also a privately owned and operated RV camp called McGee Creek RV Park and Campground.

From Mammoth Lakes, head east on CA 203 to US 395. Head south on 395 for 11.7 miles and turn right onto McGee Creek Road. Follow the road until it ends in 3.2 miles (the road becomes a dirt road but is easily passable for passenger cars). There is a parking area at the trailhead. If you're coming from Bishop, the head north on 395 for 30.6 miles (from the center of town), then turn left onto McGee Creek Road, shortly after Tom's Place.