Glendale Peak is one of those hidden-in-plain-view gems: an easily reachable peak with stellar views that – for some reason – seems to go overlooked by most hikers who generally keep trudging past the short side-trail on their way to Mount Hollywood. But on a clear day, Griffith Park hikers can see sweeping vistas from the San Gabriels all the way to the ocean and may even find that rarest of city experiences: solitude.

The trail begins at the same fire road as the longer Mount Hollywood trek just north of the Greek Theatre on Vermont Canyon Road. This dirt road kicks off with a noticeable incline, but after the first 0.2 miles it levels off. You’ll have nice views of the Greek almost immediately – and if it’s clear you’ll also be able to see the skyscrapers of downtown L.A. peeking out from behind the hills. 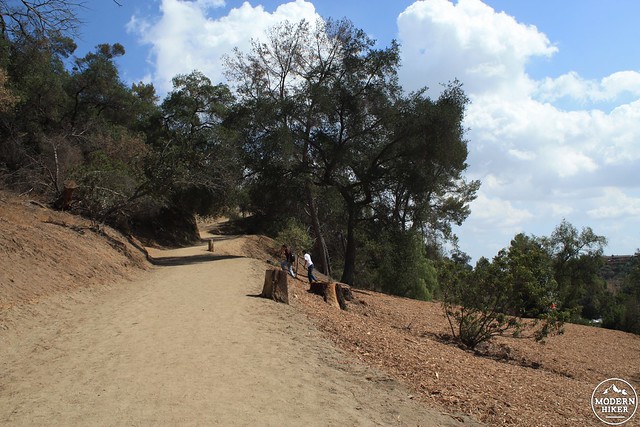 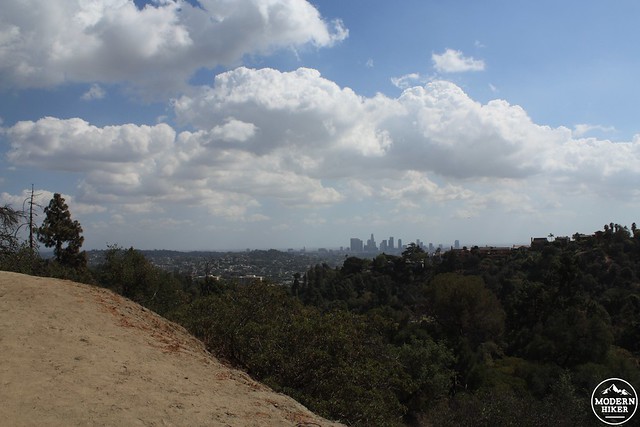 In about a half mile, the fire road reaches a junction with a fire road that heads north from Commonwealth Canyon Drive past some tennis courts. Ignore both this fire road and the use-trail heading deeper into the canyon and continue straight as the fire road continues its incline. Looking left into that canyon, you’ll see the long ridge that connects Mount Hollywood and Dante’s View to Glendale Peak (known as the Hogback Trail). 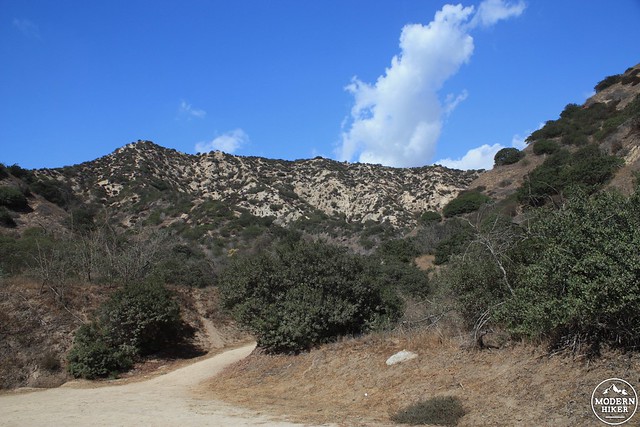 At about the 0.9 mile mark, continue straight at another junction as the fire road makes a short dip toward a short connector road to Commonwealth Canyon near the golf course. From here, just keep climbing up on the road and soaking in the views. 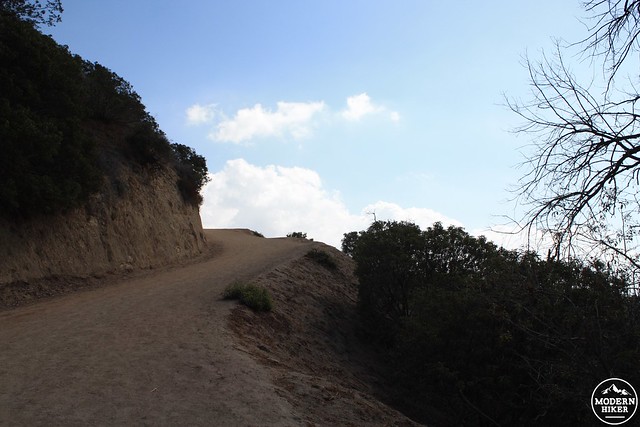 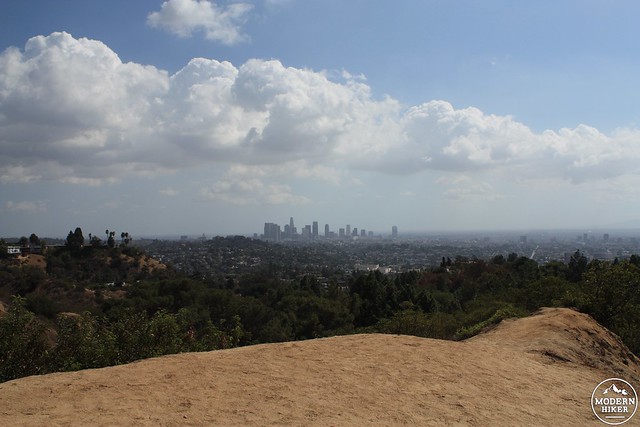 At the 1.2 mile mark, the fire road meets up with the paved Vista de Valle Drive. Make a hard left turn here at a green shack to continue on the trail. 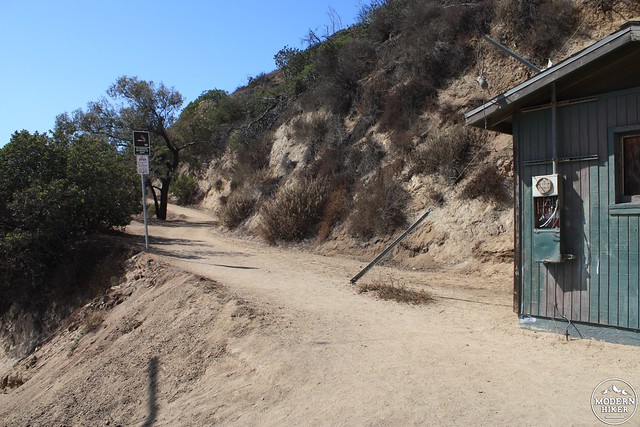 Here, you’ll double back a bit to the west, with clear views of the Griffith Park Observatory right in front of you. At about the 1.3 mile mark, the fire road turns northward and gives you an even better, up close view of the Hogback Trail. 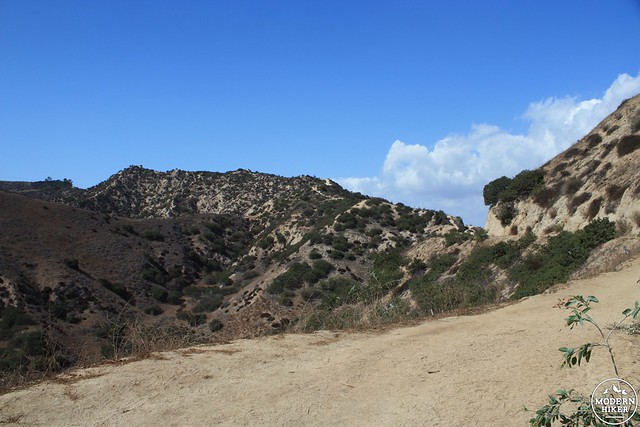 As you approach the Hogback, you’ll see a very incongruous looking bridge across a small ravine – and a small blue sign on the side of the trail. 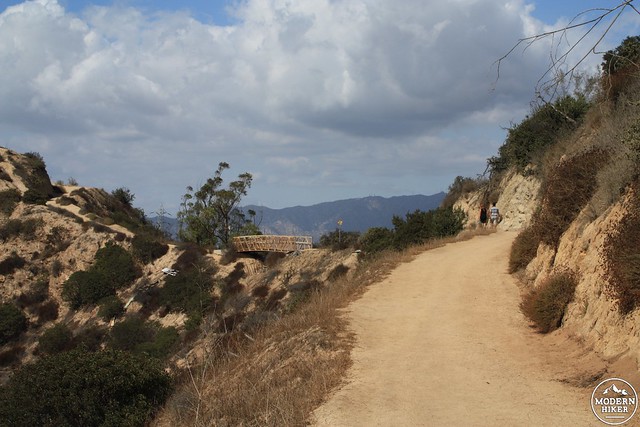 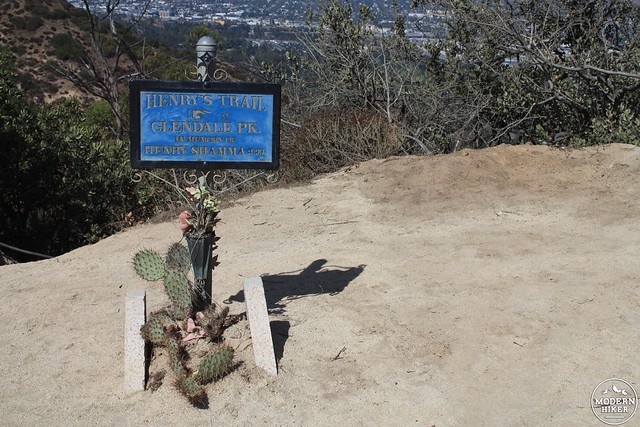 Turn right at this sign to leave the fire road and hop on the short but rugged trail to Glendale Peak.

Almost immediately you’ll notice a difference in the character of this trail. Instead of the broad, level fire road your boots have been on, now you may find yourself doing a quick scramble up a short staircase built into the mountainside that’s very much in the process of eroding away. 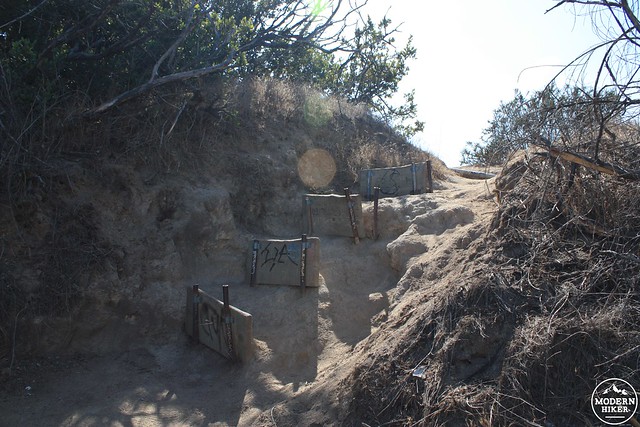 The trail just above this staircase is a beautiful stretch of the hike that’s over much too quickly. The path bounds over a few small bumps before ending at Glendale Peak itself. 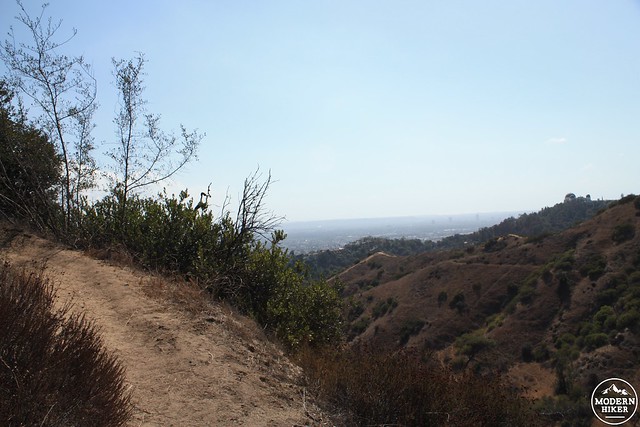 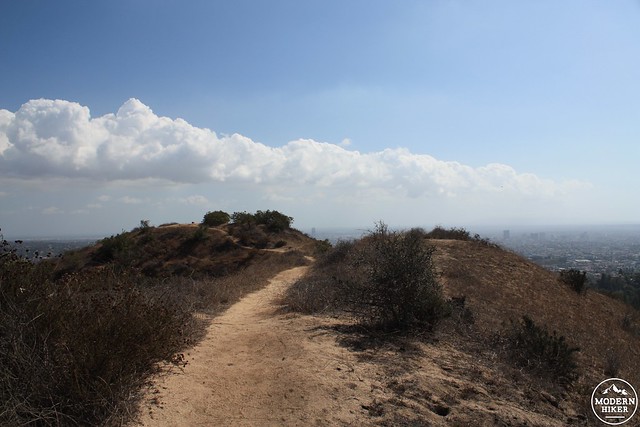 The views from Glendale Peak are hands down some of the best in Griffith Park. You’ll get nearly 360-degree views and on clear days you’ll be able to see from the San Gabriels to the Pacific Ocean – and because the peak itself is a little off the beaten path, there’s a good chance you’ll have these views to yourself. 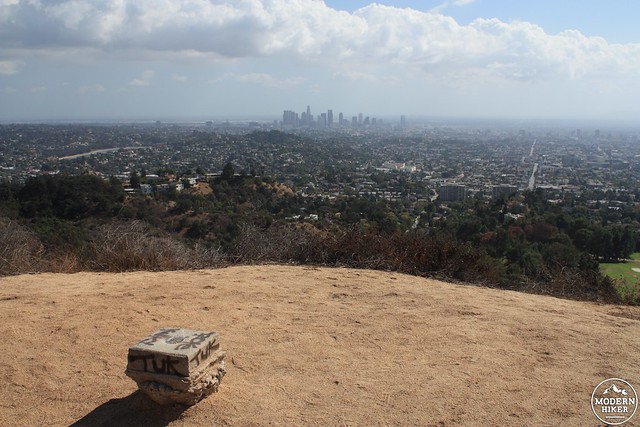 When you’re done soaking in the views, return back the way you came – or consider completing the loop up the Hogback Trail to Mount Hollywood and returning to the trailhead via Vermont Canyon instead.

Very good. Although they are notoriously un-signed and unlabeled, the fire roads in Griffith Park are generally in very good shape. The short trail to Glendale Peak is definitely more rugged than the fire road but should still be passable for most hikers.

Drive north on Vermont Avenue through Los Feliz and into Griffith Park. Once inside the park, pass the Greek Theater on your left and park on the street. The trailhead will be on the east side of Vermont. Transit accessible via Metro busses 180/181, which stop at Hillhurst / Los Feliz (add an extra 0.9 mile each way).

Another option is to start the hike at the old zoo side of the park. Not sure of the total distance but the elevation gain should be about the same. I generally start my hikes here.

This was a great hike with beautiful views. Took my two dogs off leash - they are very obedient and stay within 10 ft but no one seemed to mind.

D'oh! I thought I caught that on my edit but I guess I either had too little or too much coffee :)