A fairly moderate, family-friendly hike from one of the major campgrounds in Waterton Lakes National Park to a beautiful lakeside backcountry campsite framed by stunning peaks in the Canadian Rockies. This is a beautiful route that is understandably popular with summer swimmers.

Picturesque Crandell Lake and its lakeside campground can be reached by two routes in Waterton Lakes National Park — via a gentle 246-foot climb from the Akamina Parkway or this only-slightly-less-gentle 430-foot ascent from the Red Rock Parkway.

This route begins near the Crandell Mountain campground — one of the two developed and reservable campgrounds in Waterton Lakes National Park. Which means if you’re hiking this during a hot summer day, expect to have some company along the trail to the icy lake. That said, we hiked this on a summer weekday and had the trail mostly to ourselves.

Our route begins near a spillover trailhead near the southwestern corner of Crandell Mountain campground, although a more established trailhead for non-campers exists a bit to the west of where we began. This trail kicks off by heading southwest from the campground roads through a lush birch forest. The occasional boardwalk makes an assist through muddier sections of trail and you’ll reach the primary trailhead before the 0.2 mile mark. 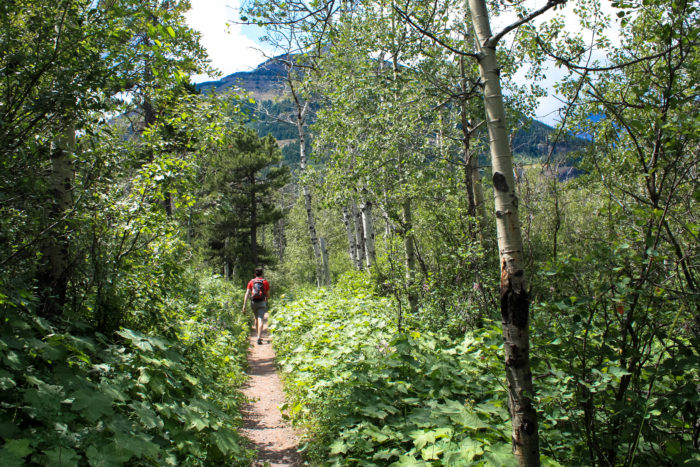 The trail bends to the south here after skirting a moderately sized parking area. Then it begins its moderate but noticeable incline, crossing the occasional sections of slightly slick granite. Be aware that this is a multi-use trail, so you may see mountain bikers and equestrians sharing the route with you. Keep an eye out at those sharp corners!

For the most part, the mountains here can only peek through the dense tree canopy in small doses. You’ll have better views once you reach the clearing by Crandell Lake, so for now just enjoy all the green (and the birdsong!). 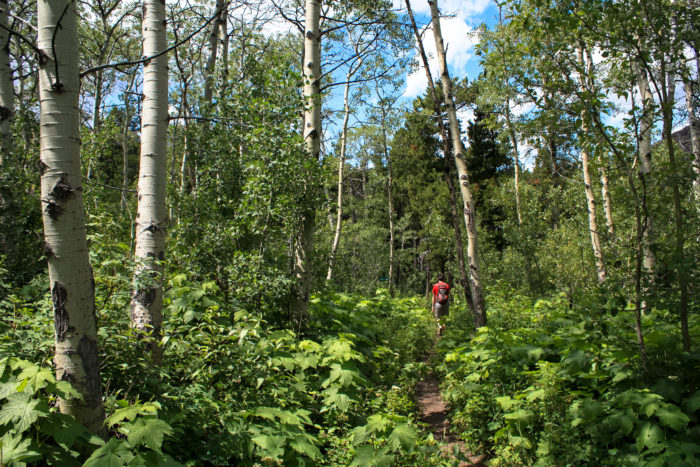 At the 1 mile mark, the trail hits a crest and drops down to the lake shore. You’ll pass some equestrian hitching posts and a few camp sites, although most of the places to officially pitch tents are a bit off the lake shore itself. A covered picnic area sits near the water with some beautiful views of the nearby peaks. Mount Crandell lies to your east, Buchanan Ridge to the south, and Ruby Ridge directly to the west. 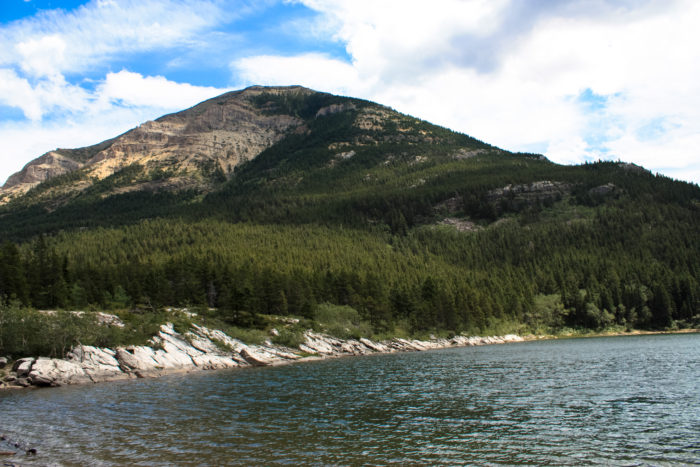 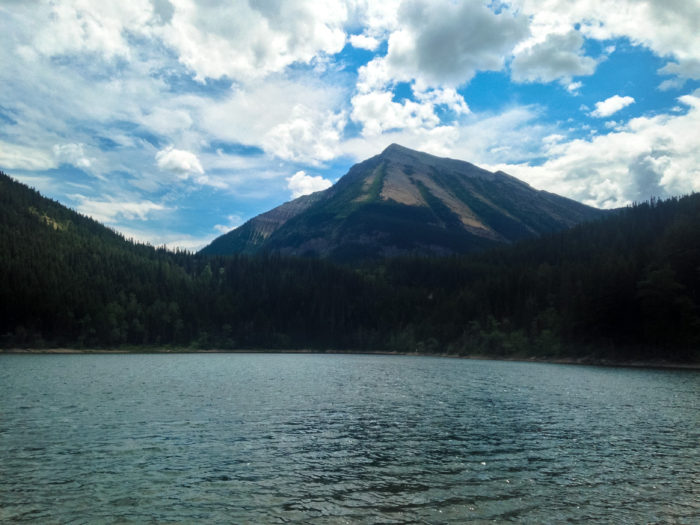 Set up a picnic area and enjoy the views. Or, if it’s hot out — or you’re especially resistant to cold temperatures — wade into the waters to cool off a bit! 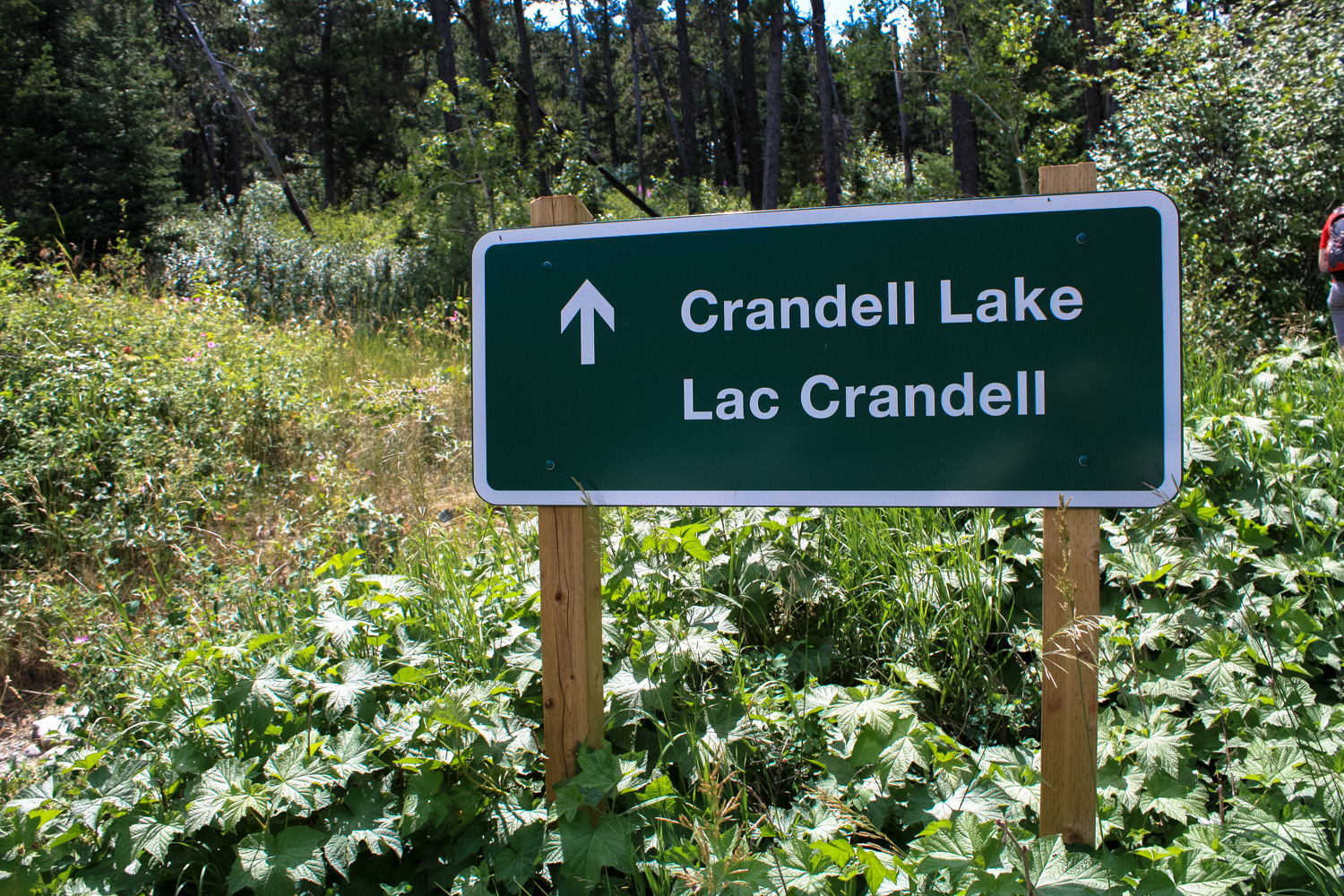 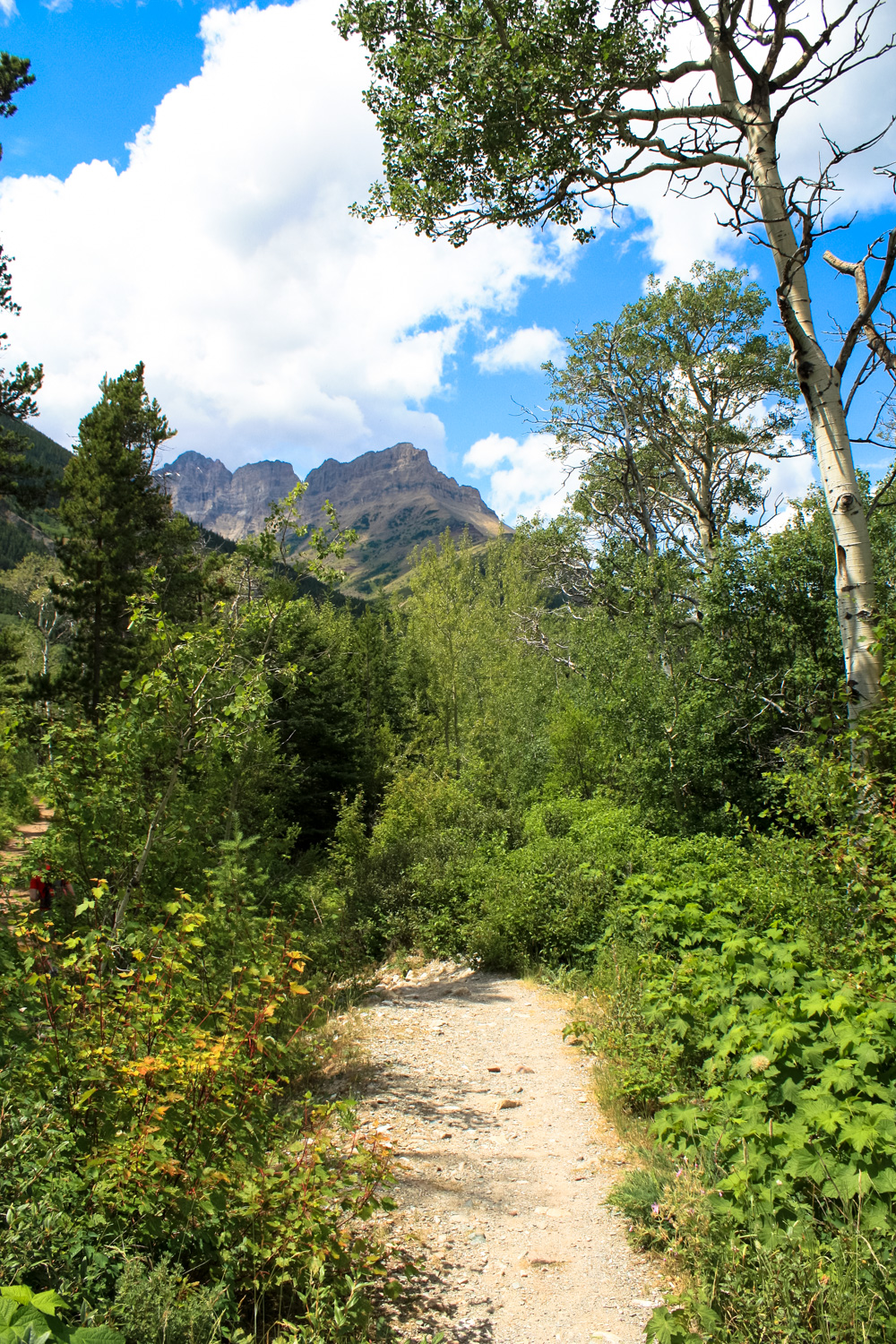 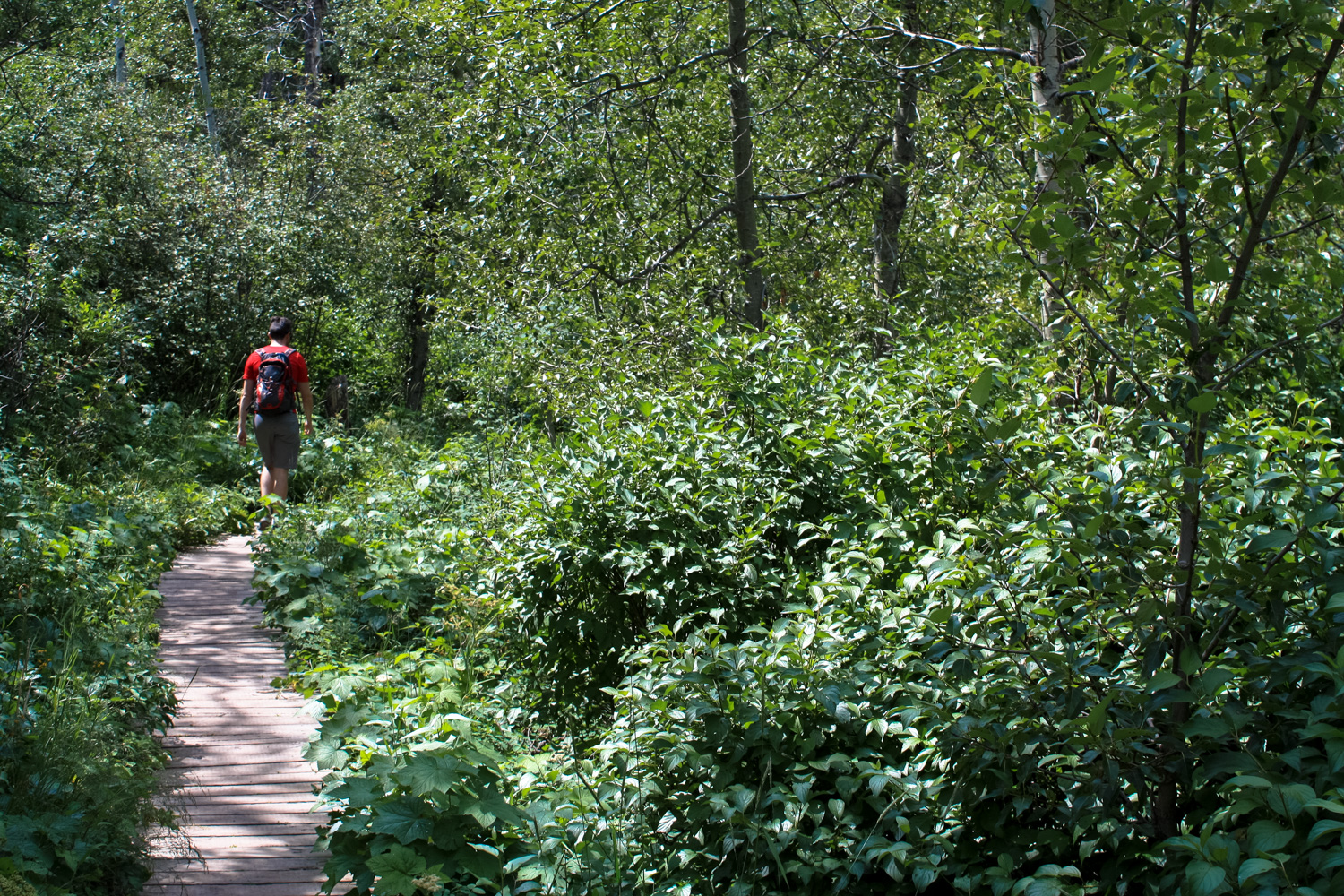 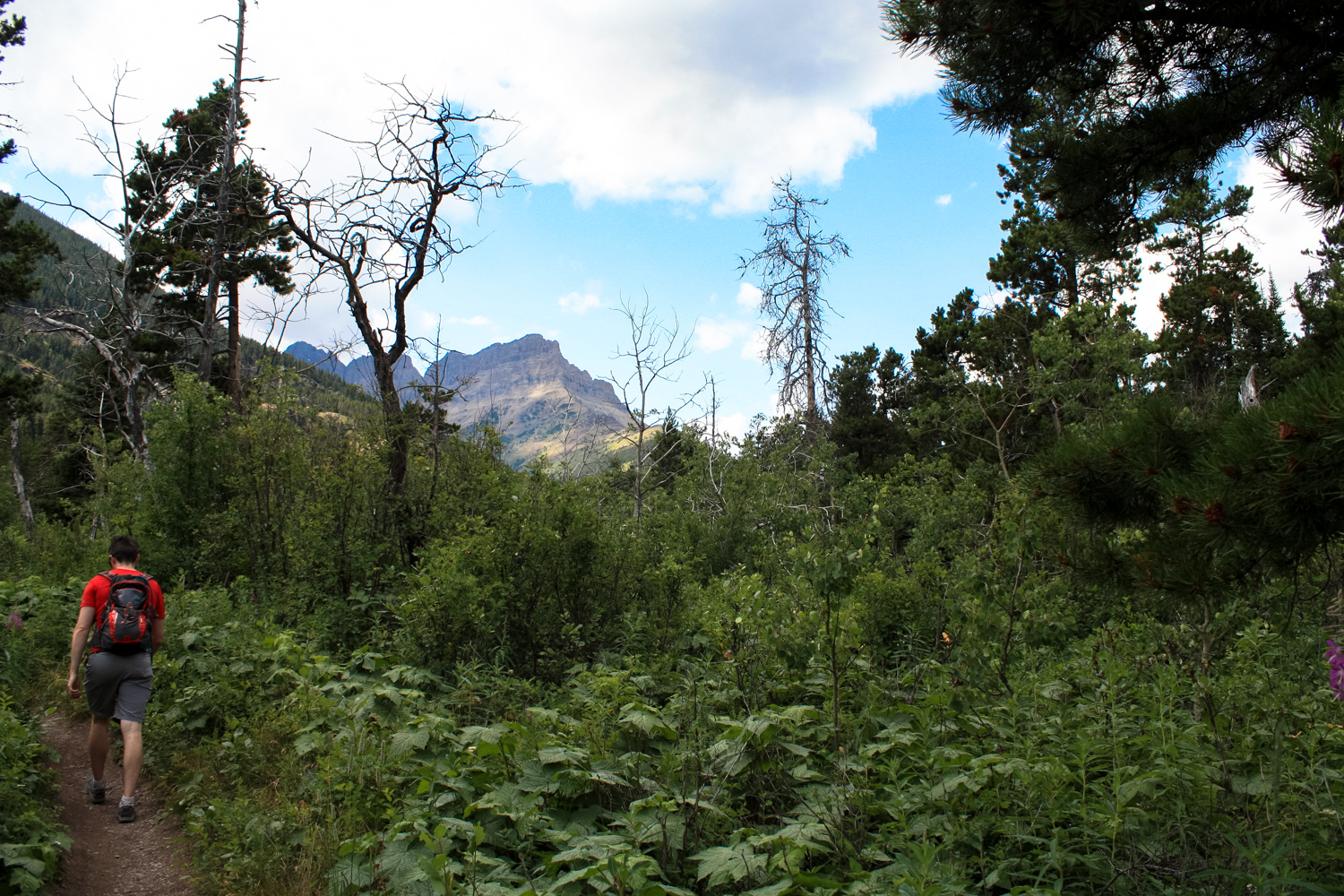 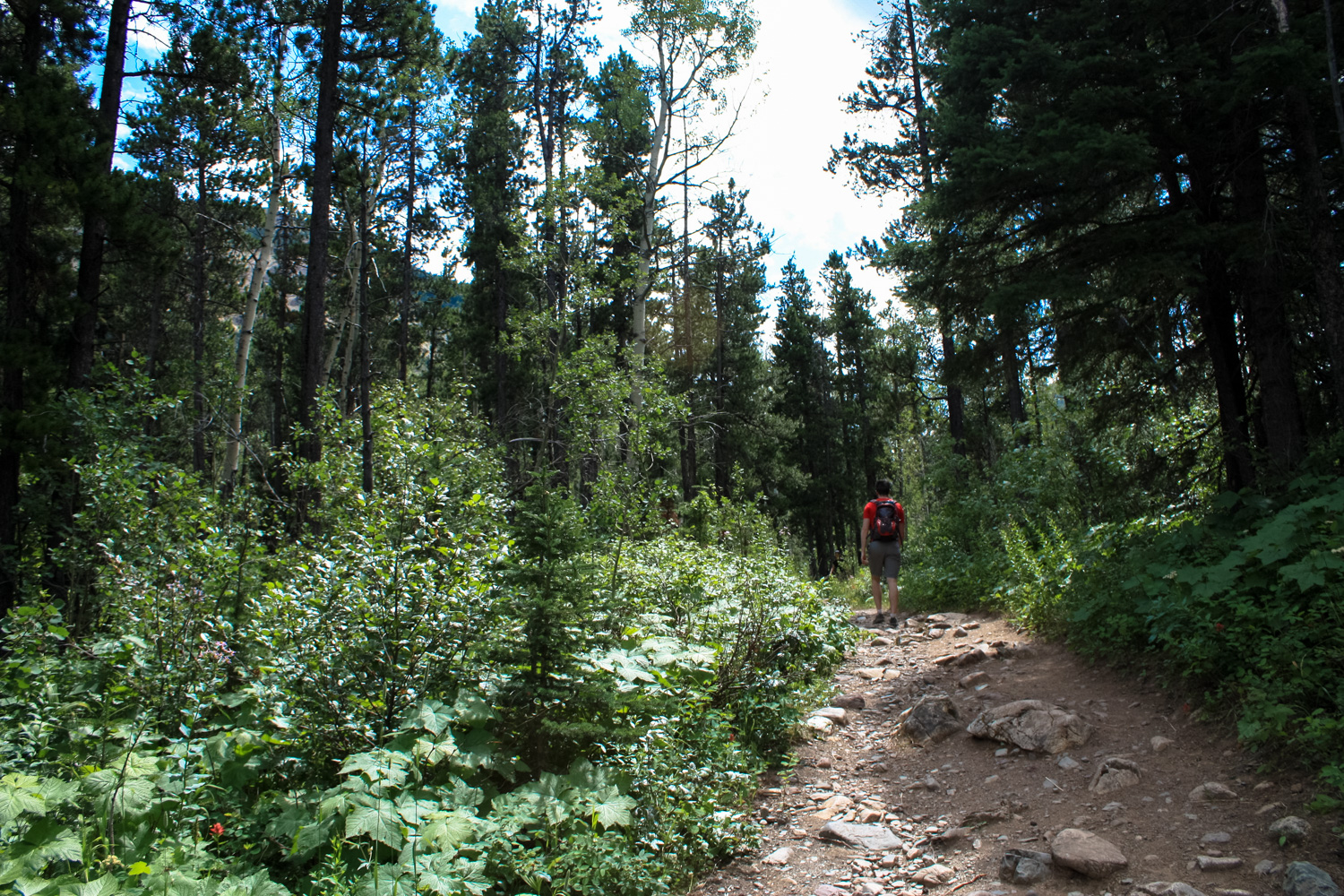 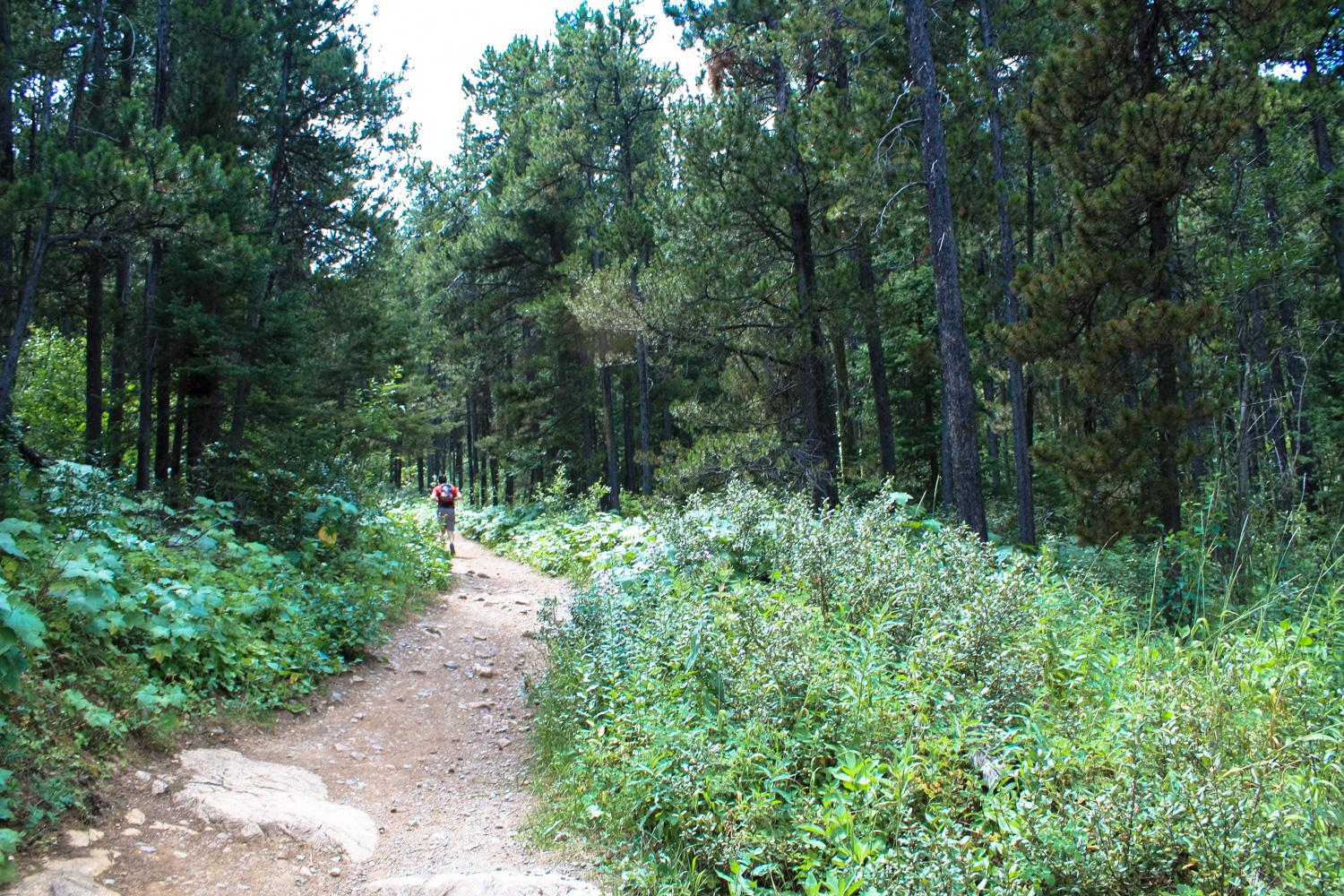 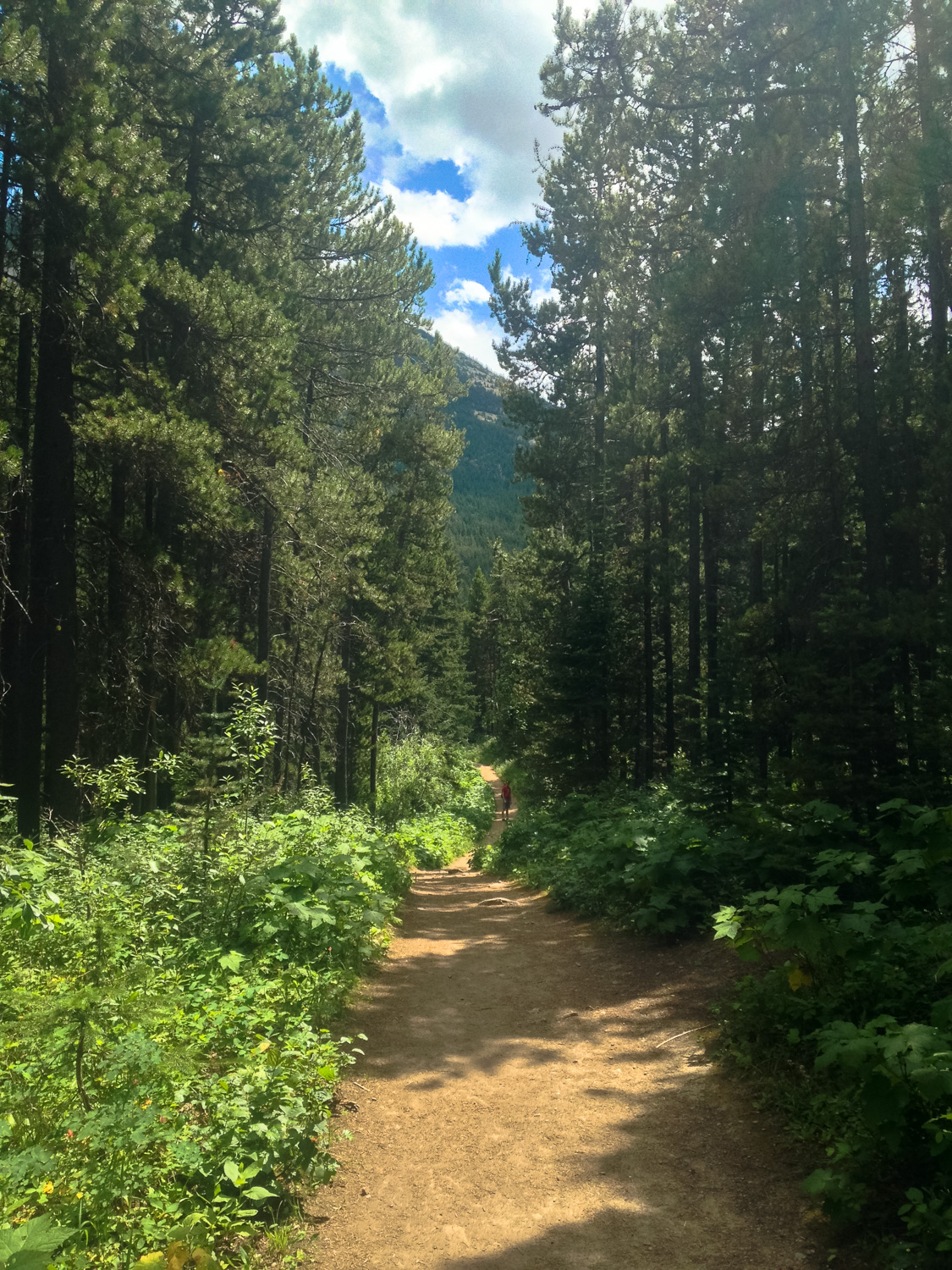 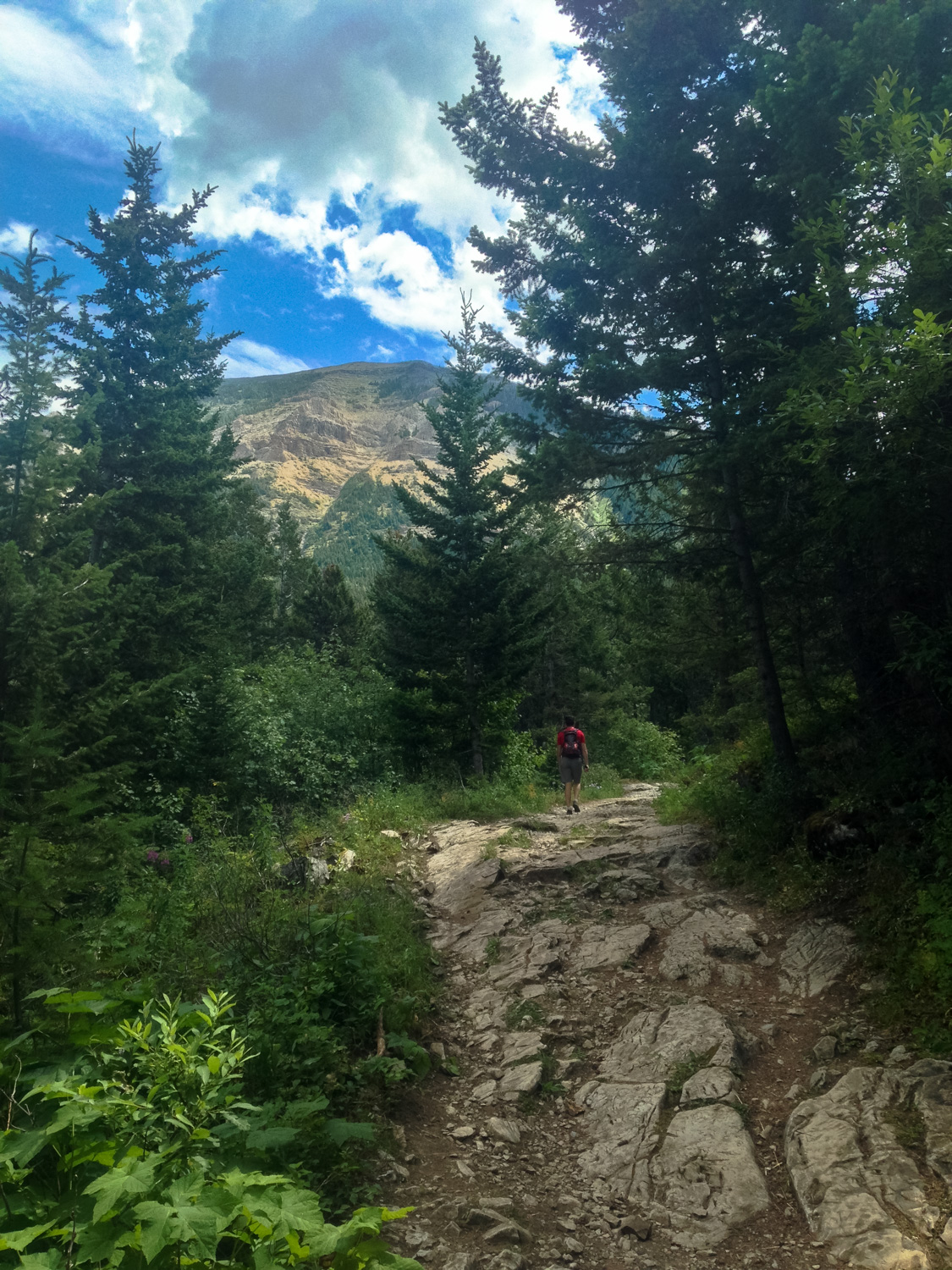 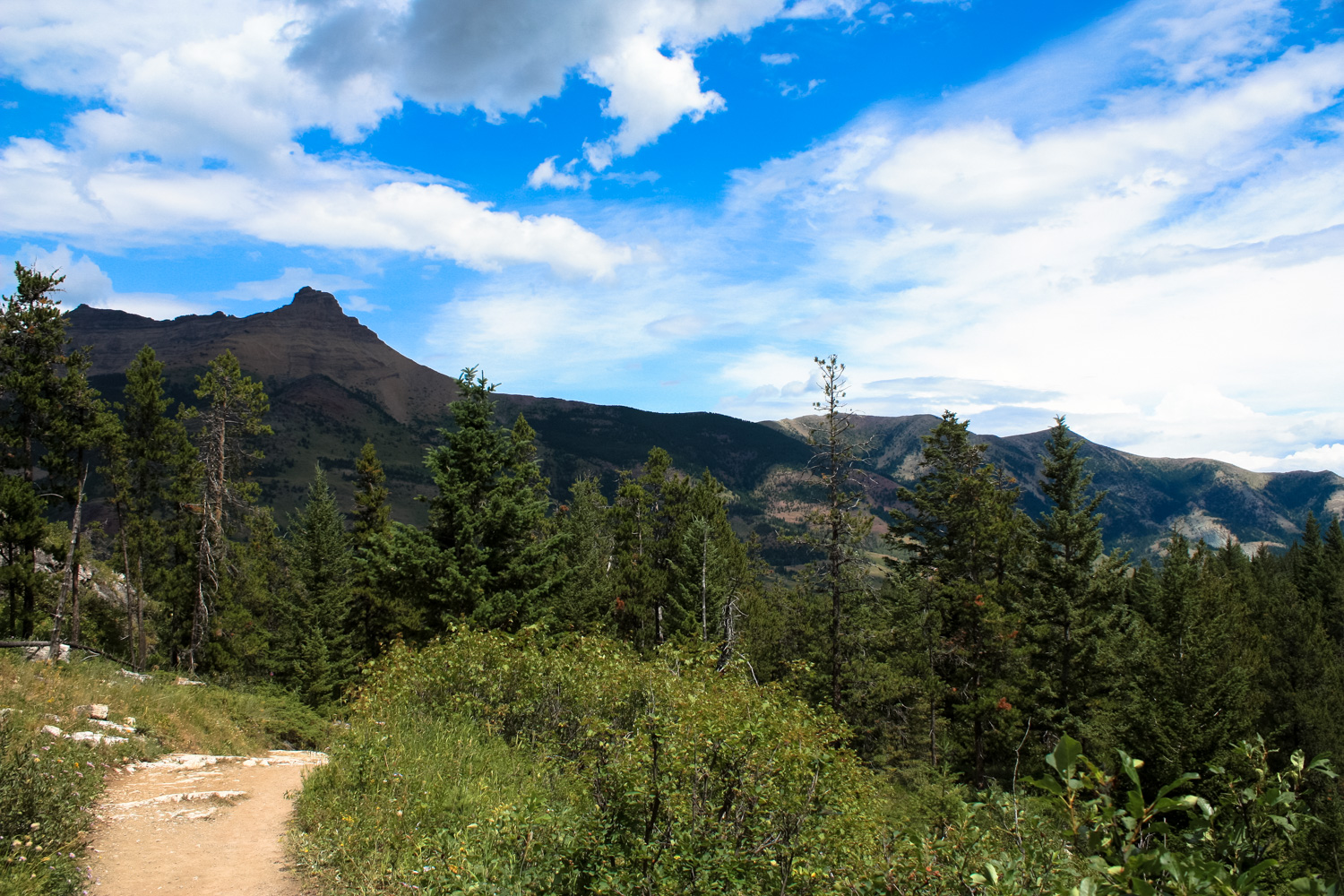 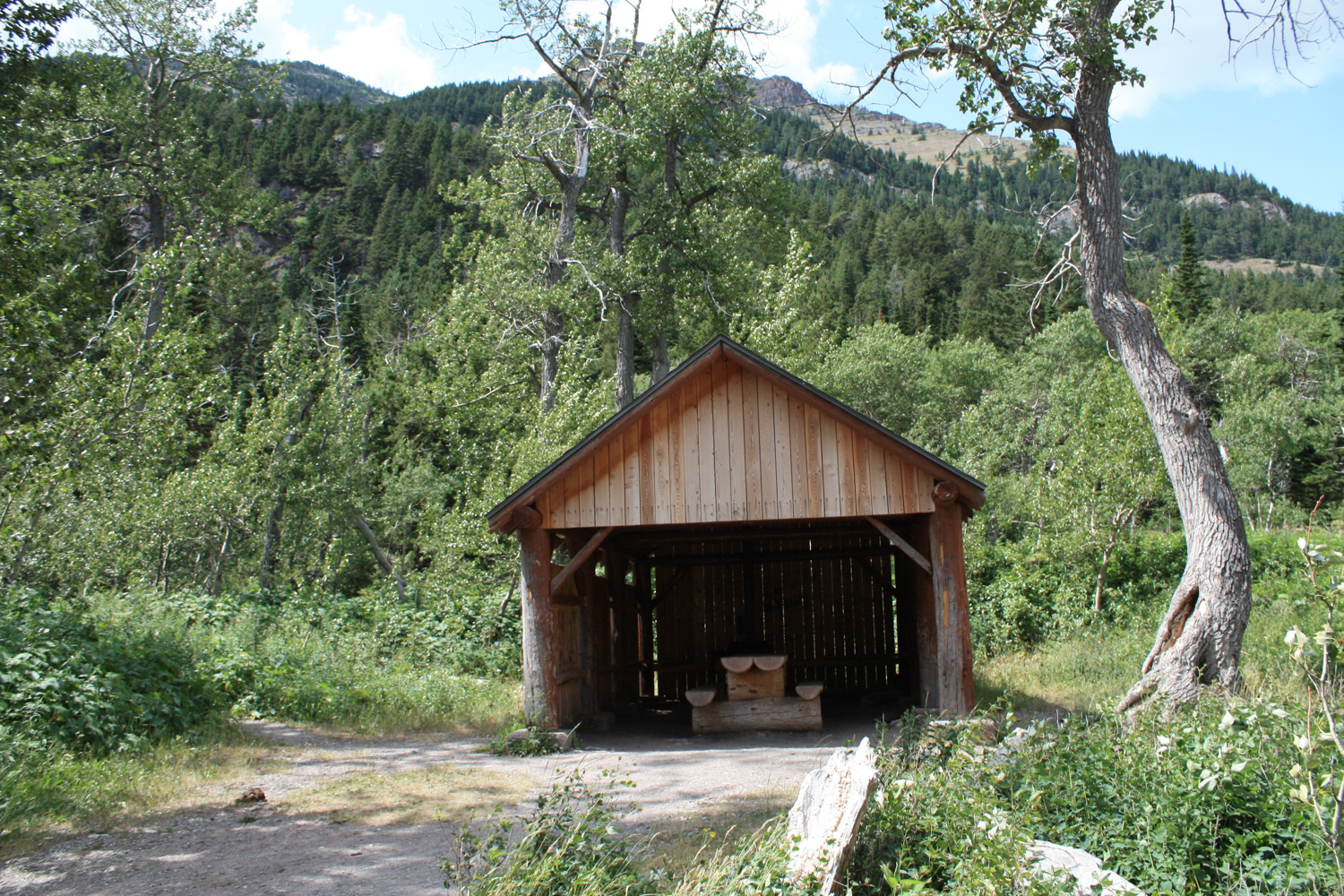 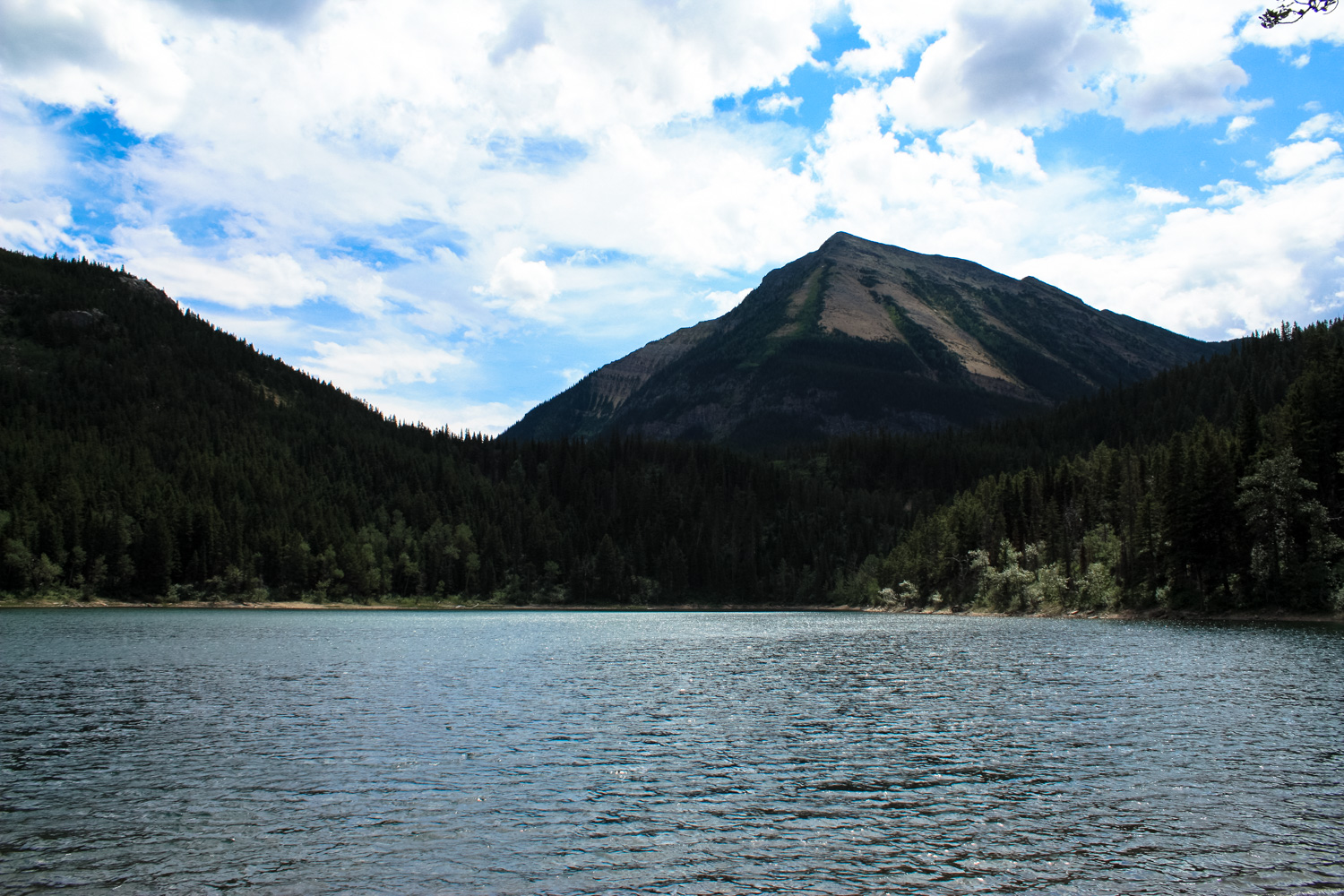 Very good. The trail is well marked and easy to follow.

From Waterton Township, head east toward the eastern park entrance and turn left onto the Red Rock Parkway east of Lonesome Lake. Continue driving on the Red Rock Parkway for 6.8km, then turn left and cross a bridge toward Crandell Campground. Continue on this road for 1.7km to a parking area and trailhead near the southwest corner of the campground. There is also an alternate trailhead just west of the campground, past the Canyon Church Camp.