Bernardo Mountain is a prominent and easily accessible peak towering over the tranquil waters of Lake Hodges. Both landmarks play a starring role in this moderate 7+ mile peak-bagging excursion, which also features good views over the eastern half of the county toward the Peninsular Ranges in addition to the Del Dios Gorge carved out by the San Dieguito River. 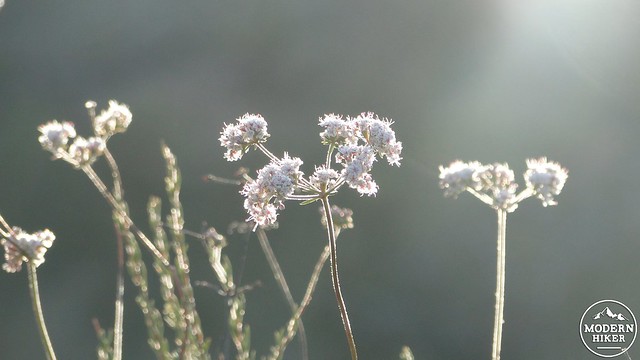 Both the Bernardo Mountain and North Lake Hodges Trails are part of the much larger San Dieguito River Park, which protects the delicate resources of this surprisingly varied watershed from the San Dieguito Lagoon in Del Mar through Rancho Bernardo and beyond toward San Pasqual Valley all the way to the crest of the Volcan Mountains near Julian. The trail network includes the nearby Piedras Pintadas, Bernardo Bay, and Highland Valley Trails, San Pasqual Trails, as well as the Santa Ysabel Open Space Preserves and the Volcan Mountain Open Space Preserve near the river’s headwaters in Julian.  This same network is part of the proposed Coast to Crest Trail running from Del Mar to Julian, which remains a piecemeal affair due to various funding and land acquisition challenges. 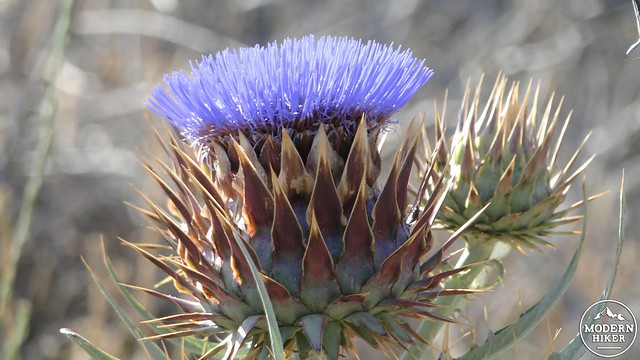 Both trails, particularly the North Lake Hodges Trail, have a reputation for good wildflower shows, in addition to some great birdwatching. On my first time climbing Bernardo Mountain, I saw one of the two golden eagles I have encountered in San Diego County. The other eagle was on the other side of the freeway traveling east on the Mule Hill Trail heading toward San Pasqual. It is rather incredible to see a golden eagle in the middle of heavily developed suburbs, but that should offer a hint as to the value of protecting and enjoying this landscape. 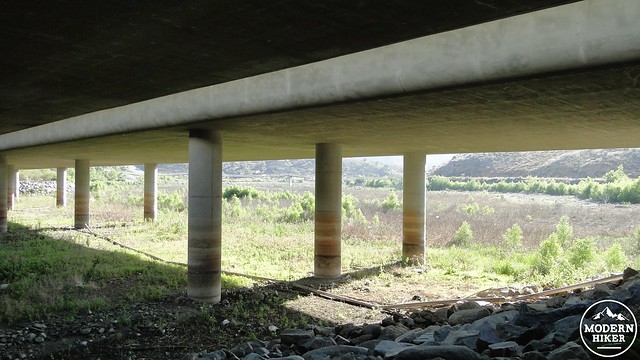 The trail commences from a parking lot at the dead-end of Sunset Drive, where it will break off to the right from the lot at the information kiosk. The trail travels along the east side of I-15 before bending right to travel beneath the freeway along the San Dieguito River’s north bank. I won’t pretend that starting a hike along the freeway (on concrete, no less) is less than an auspicious start, but the concrete and the noise will soon recede from memory. 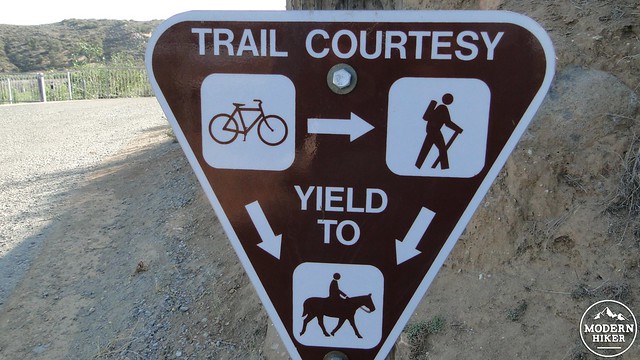 Mountain bikers usually move too fast to read this sign 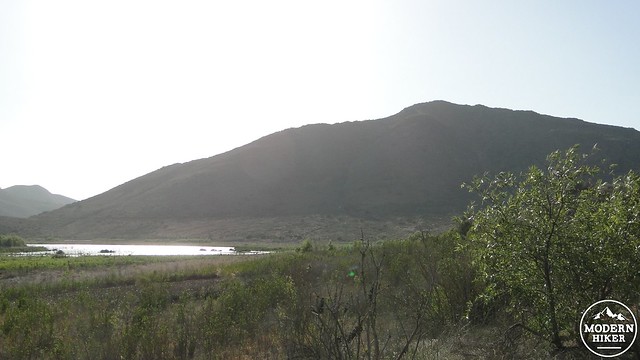 Lake Hodges Trail with Bernardo Mountain in the distance

After the trail passes the freeway, it will bend right again to climb up to a junction. One trail bends right and heads off to places unknown. The main trail keeps to the left and begins to move in the direction of the lake. The trail stays paved for a stretch until it passes the bicycle bridge, at which point it turns into a smooth, well-traveled double-track trail. This nice, flat stretch is a good way to fire up the quads, and it will also be a nice reward following the ascent and descent of Bernardo Mountain. 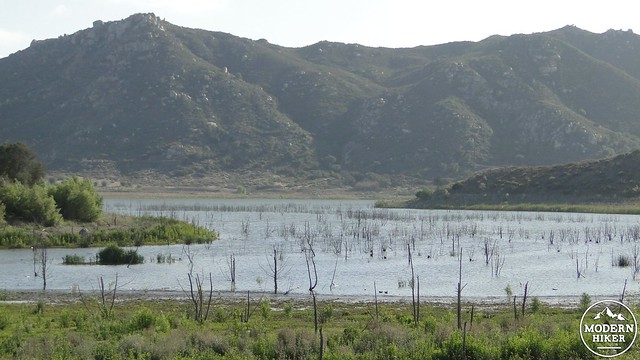 Not long after the lake comes into views, the trail will bend right toward a riparian strip of oaks, sycamores, cottonwoods, and a few planted Mexican fan palms. This is Felicita Creek, which you must cross before reaching the Bernardo Summit Trail (don’t worry. You can hop over it). You’ll almost immediately reach the junction with the Bernardo Summit Trail, which will break off to the right, switchback a few times to gain some height, and then follow along the west bank of Felicita Creek. 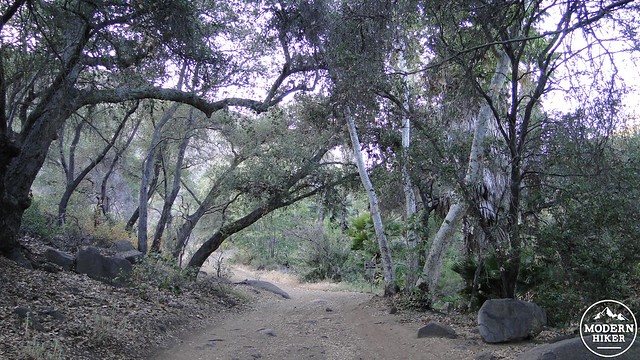 For those not wishing to bag the peak, you can stay on the Lake Hodges Trail and follow along until you have had enough. There is no GPS track available for this, but the route is extremely simple (there’s only one way) after you’ve passed the creek. If you’ve got any energy left after the peak, you can also follow along the north shore of the lake for a ways. It’s really pleasant, and there are some great wildflower displays in season. 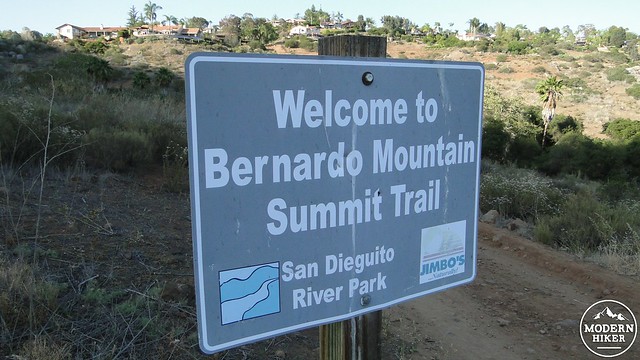 Presuming that you are going for it, keep going along the Bernardo Summit Trail as it climbs gently along the east, and then north slopes of the mountain. You may notice some fire damage on some skeletal Engelmann oaks that paid the toll during a recent fire. As the trail continues to wind around the north side of the mountain, it will dip down and up out of some rugged drainages. Around this point, another trail will branch off to the right, which you will promptly ignore as the trail begins to climb in earnest in the direction of a large water tank. The trail switchbacks up to the tank and then passes along side the chain link fence protecting it. You might see a number of small rocks atop the water tank. This is because the tank makes a deeply satisfying sound when hit by a flung rock. Do not ask me how I know. I do not recommend throwing rocks at large water-containing structures. 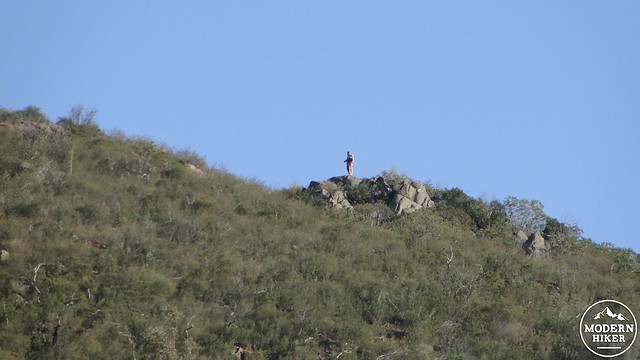 Hiker on the summit from the water tank

From this point, it’s a moderate switchback-a-thon up to the summit. Along the way, views of the Del Dios Gorge, with Lake Hodges shimmering in the sun, will open up for your enjoyment. The trail then bends left, opening up views to the north which had hitherto been obscured by the mountain. You’ll see Mt. Woodson in profile with Black Mountain looming forlornly on the other side of the 15. Soon, you’ll gain the summit and get the rest of the view east, which includes Escondido, Rancho Bernardo, Palomar Mountain, Cuyamaca Peak, and a roster of lesser peaks filling in the gaps. 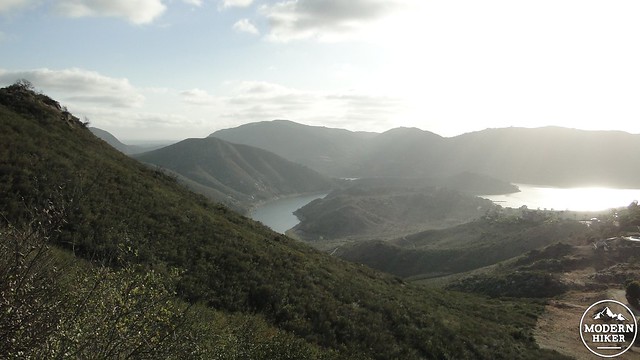 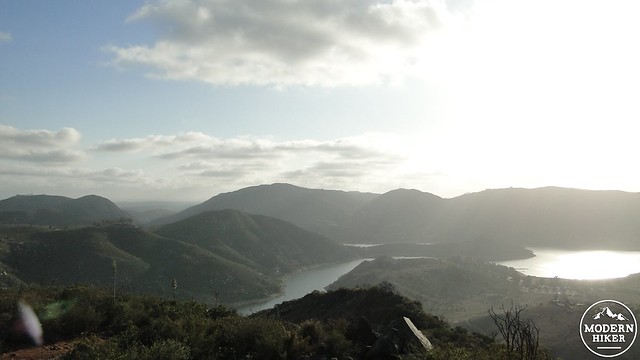 After you’ve enjoyed the views, you will re-trace your route down the switchbacks, past the watertank, while keeping right at the junction. Then, you’ll swerve around the east side of the east side and then down to the Lake Hodges Trail, where you’ll turn left. Hop over the creek, turn right at the freeway and follow the trail under and around the other side, where you will come back to your car. 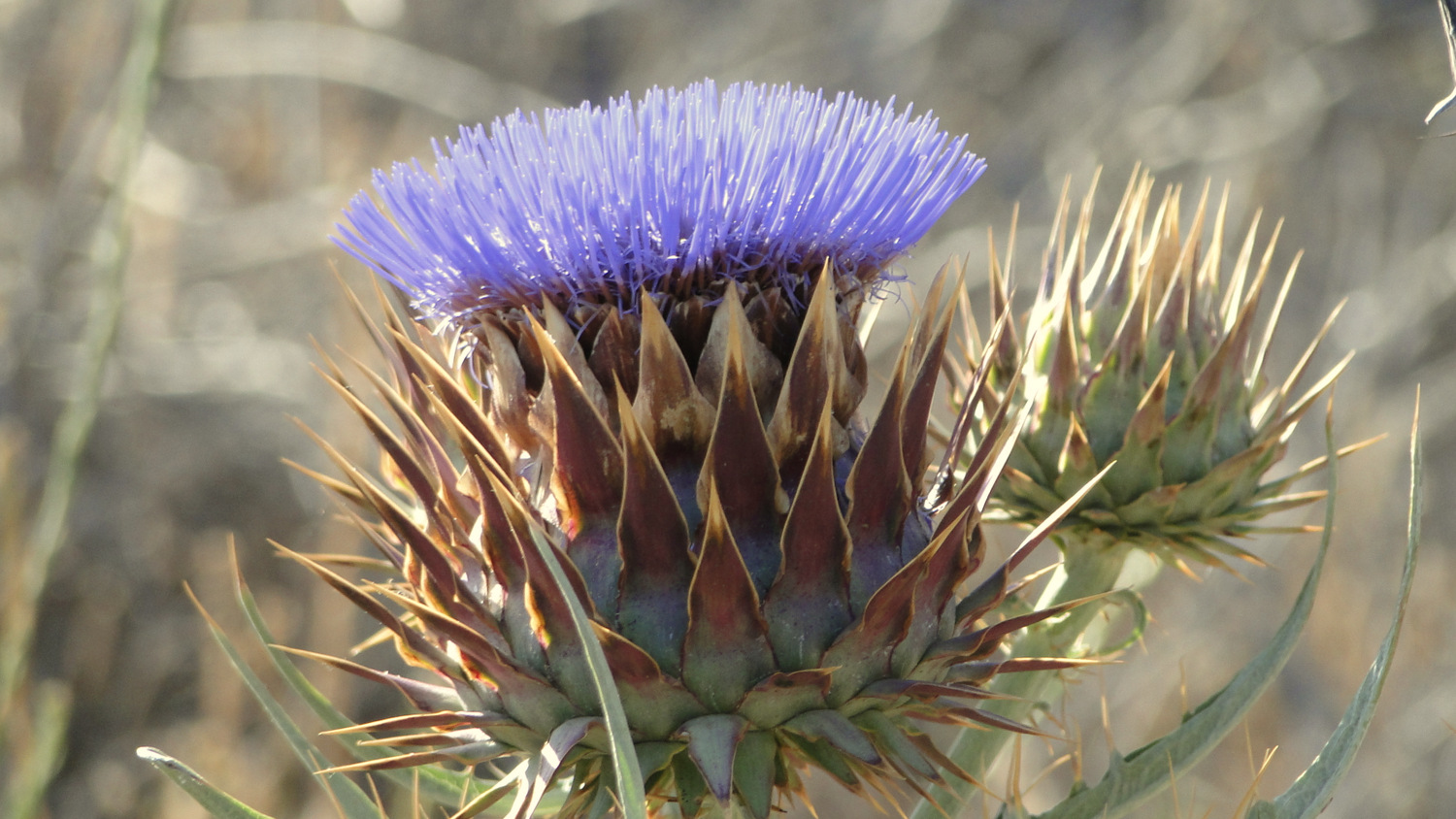 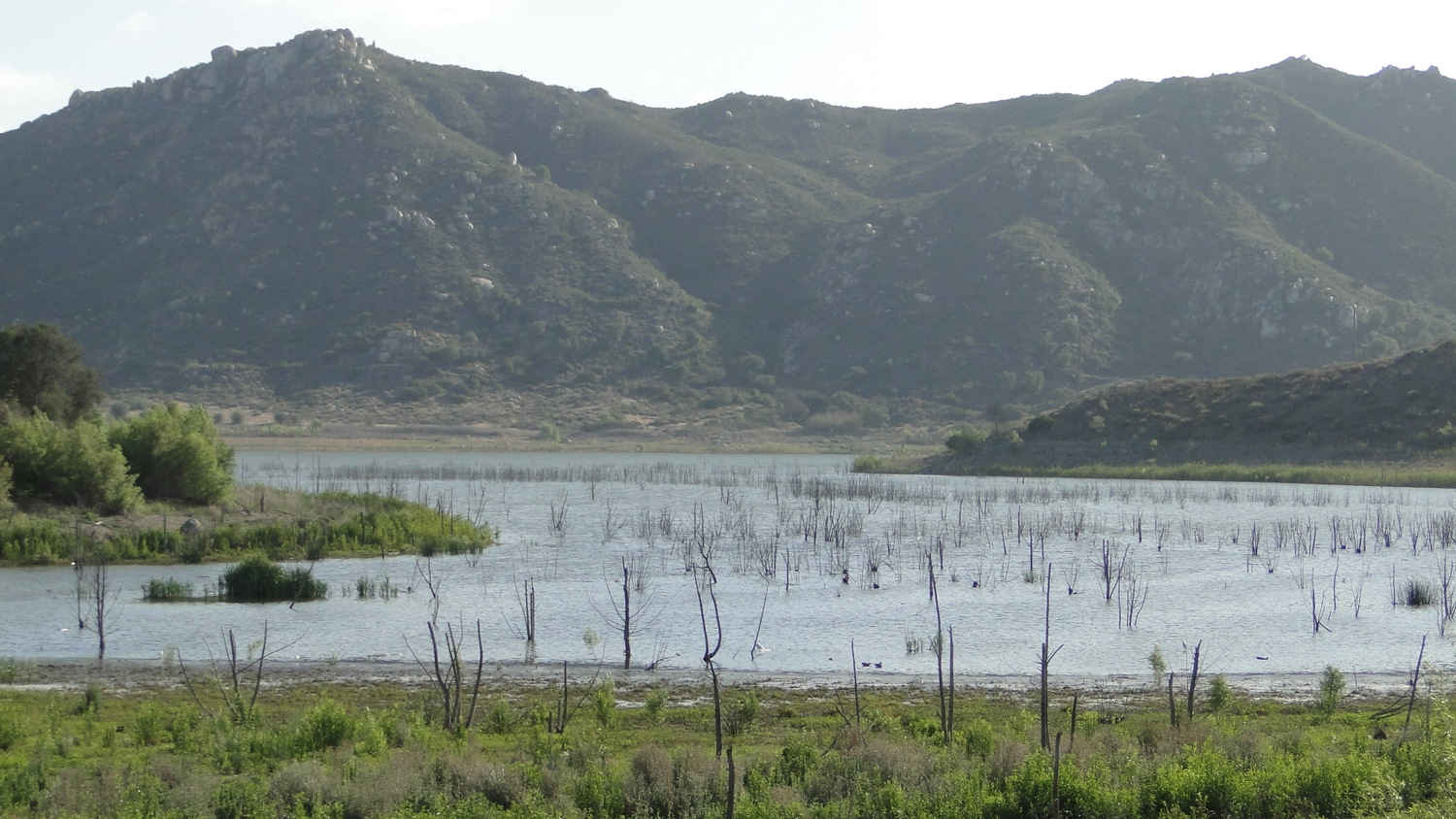 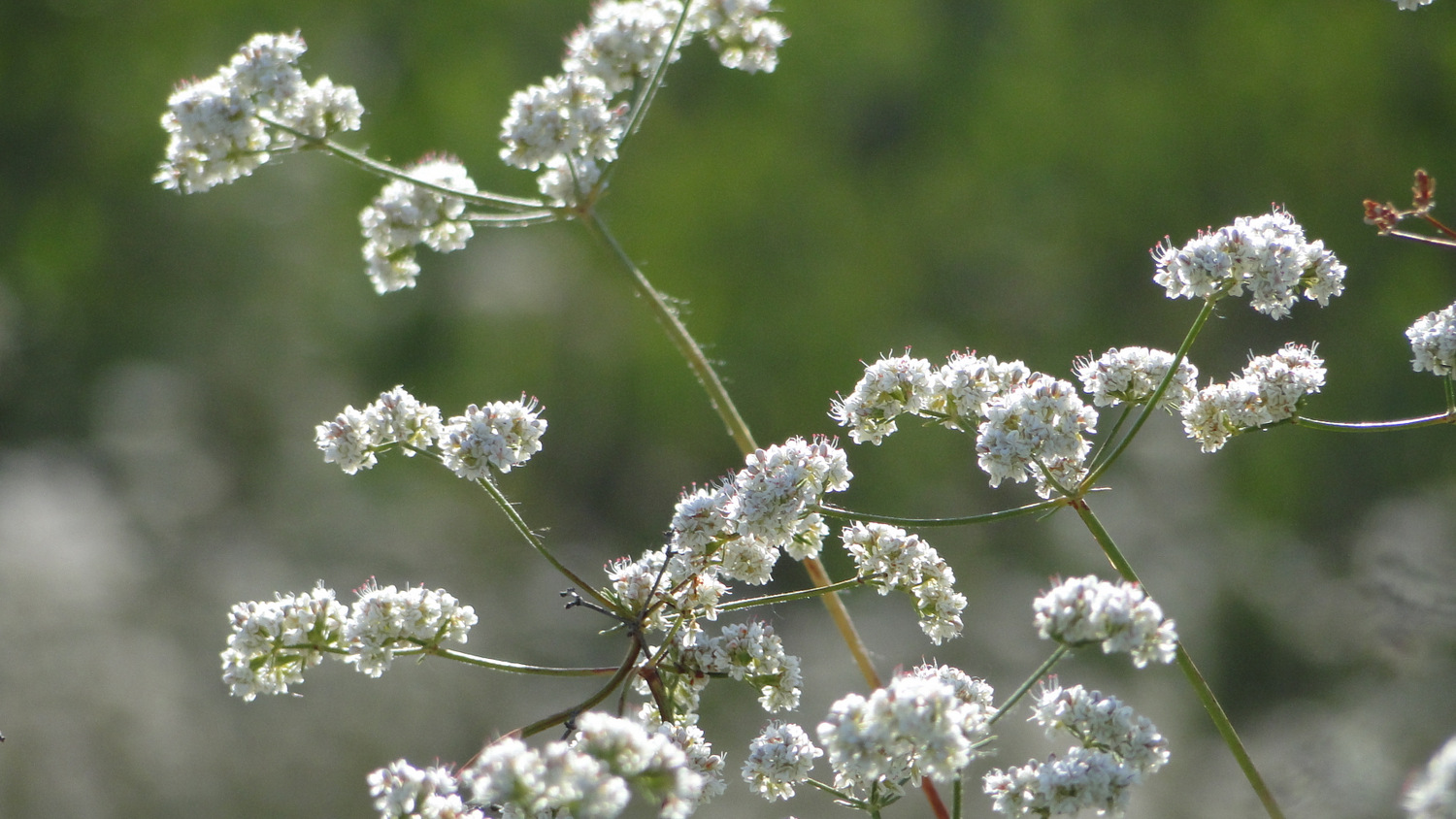 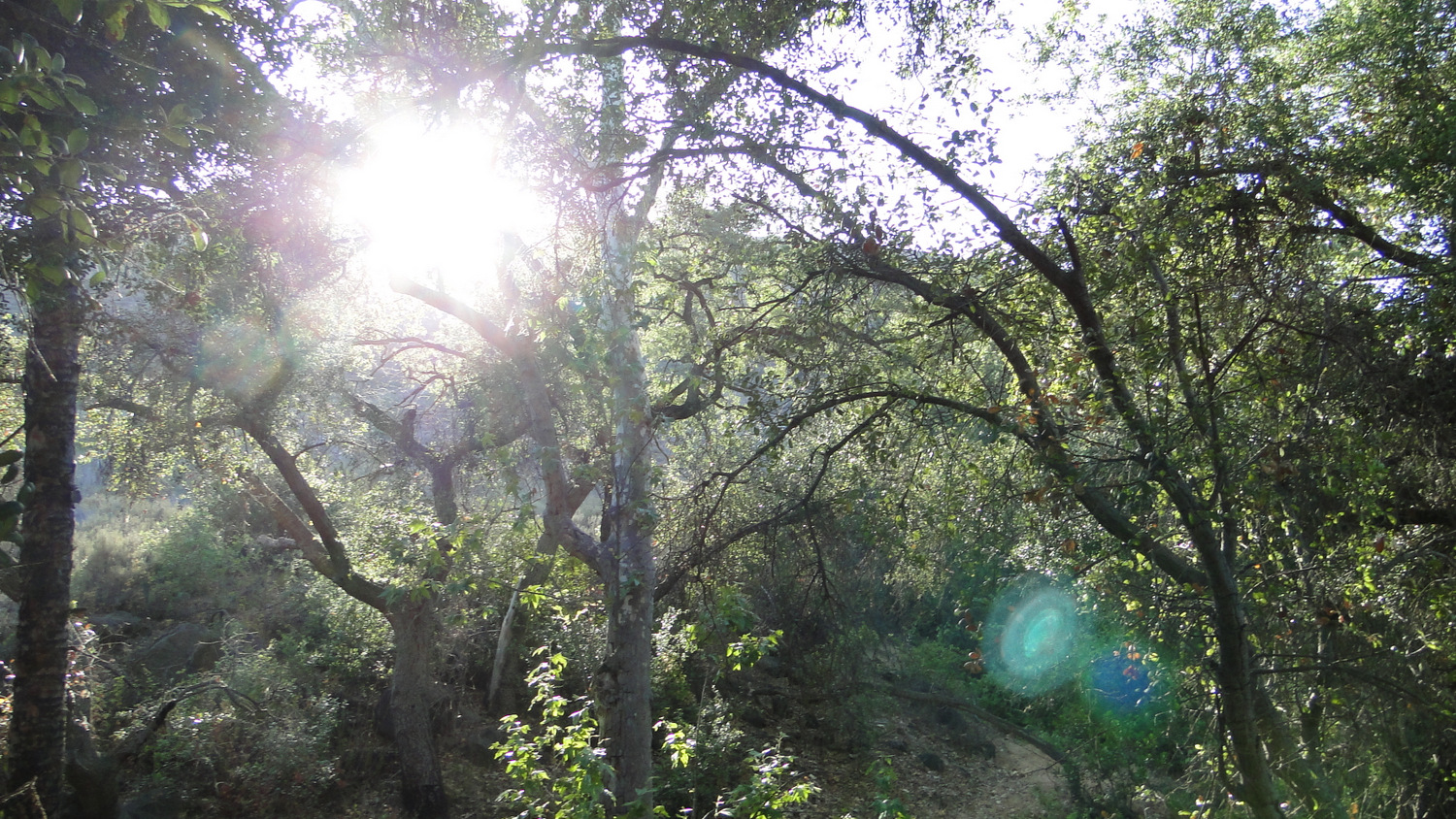 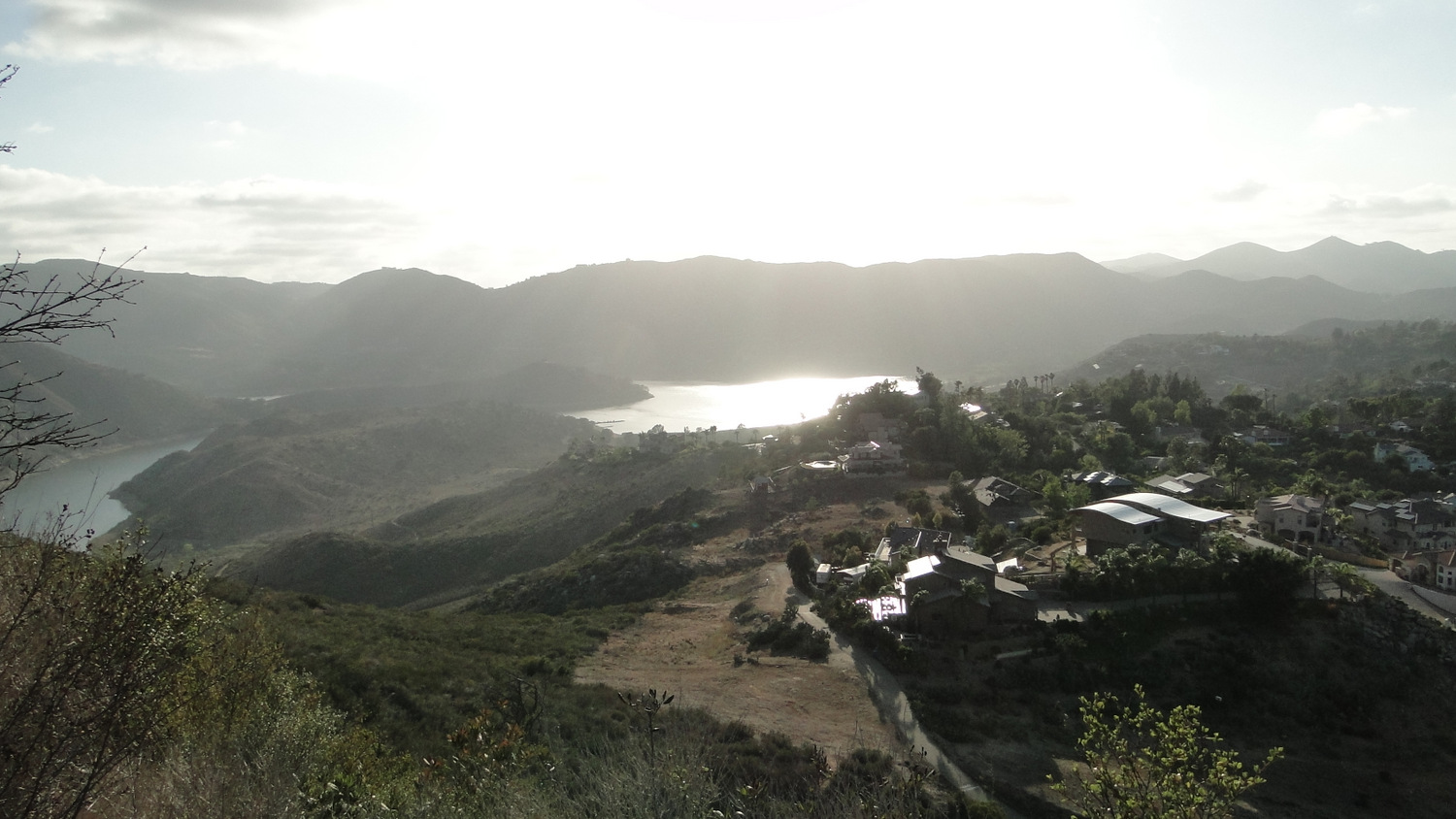 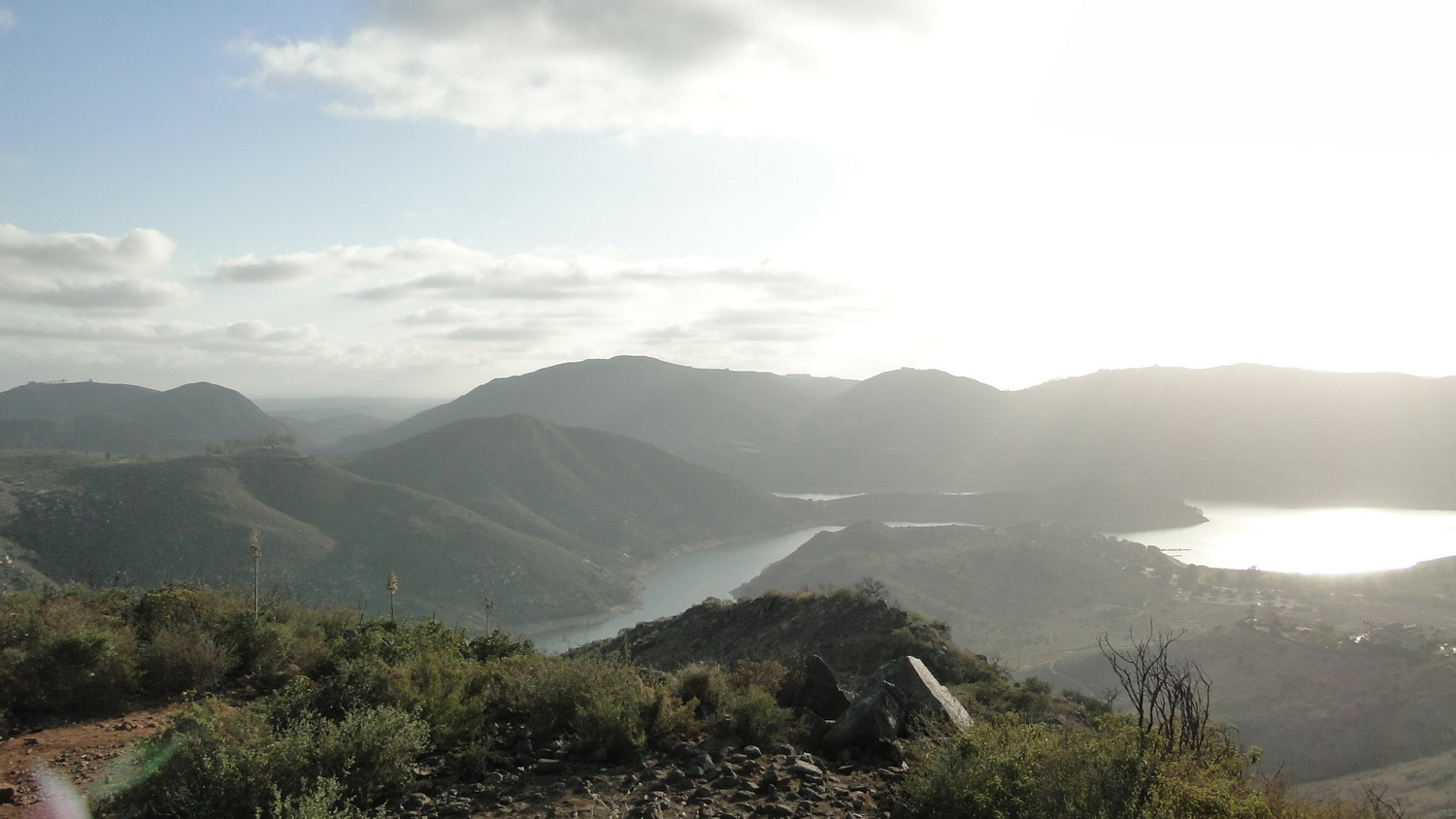 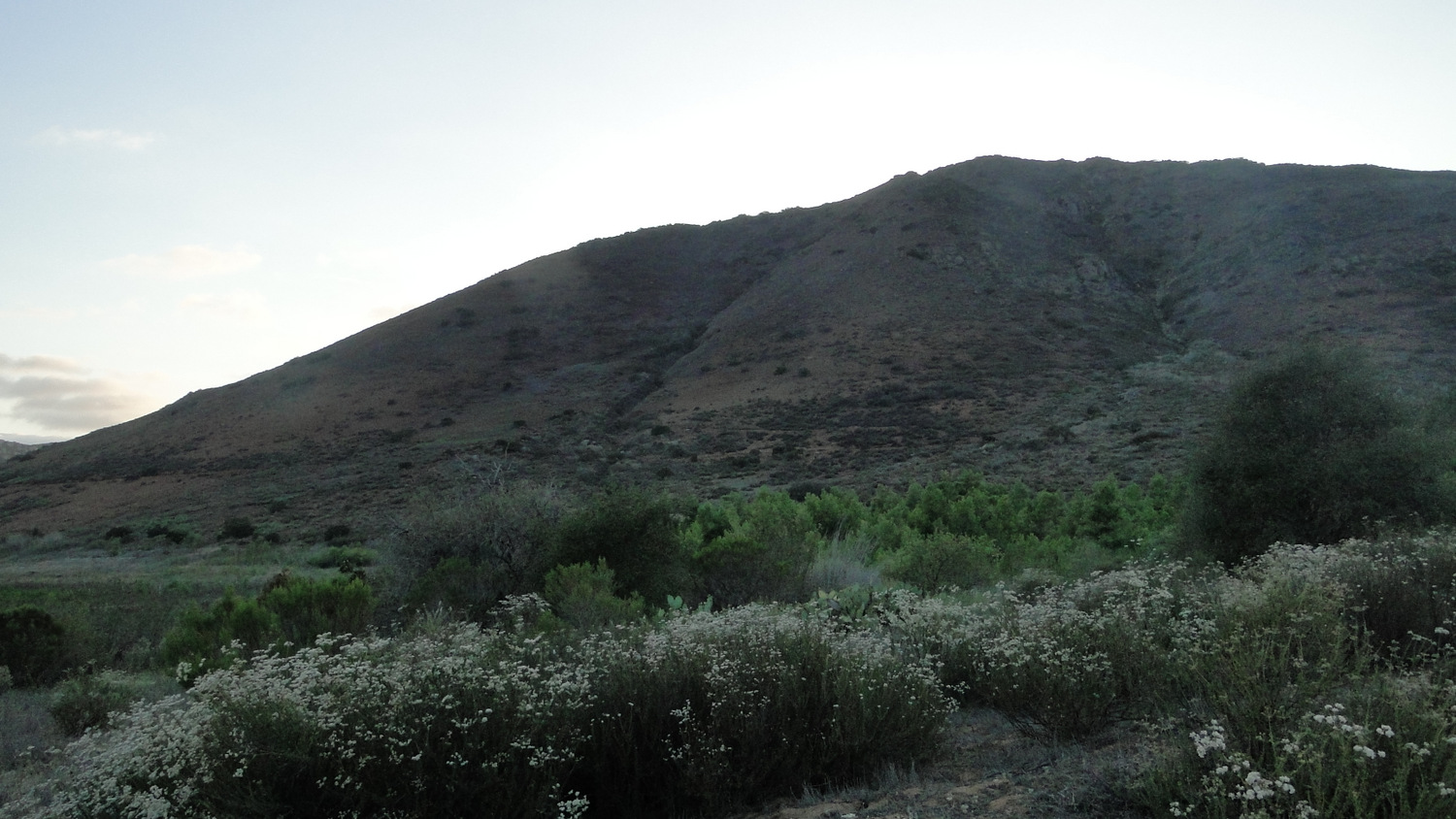 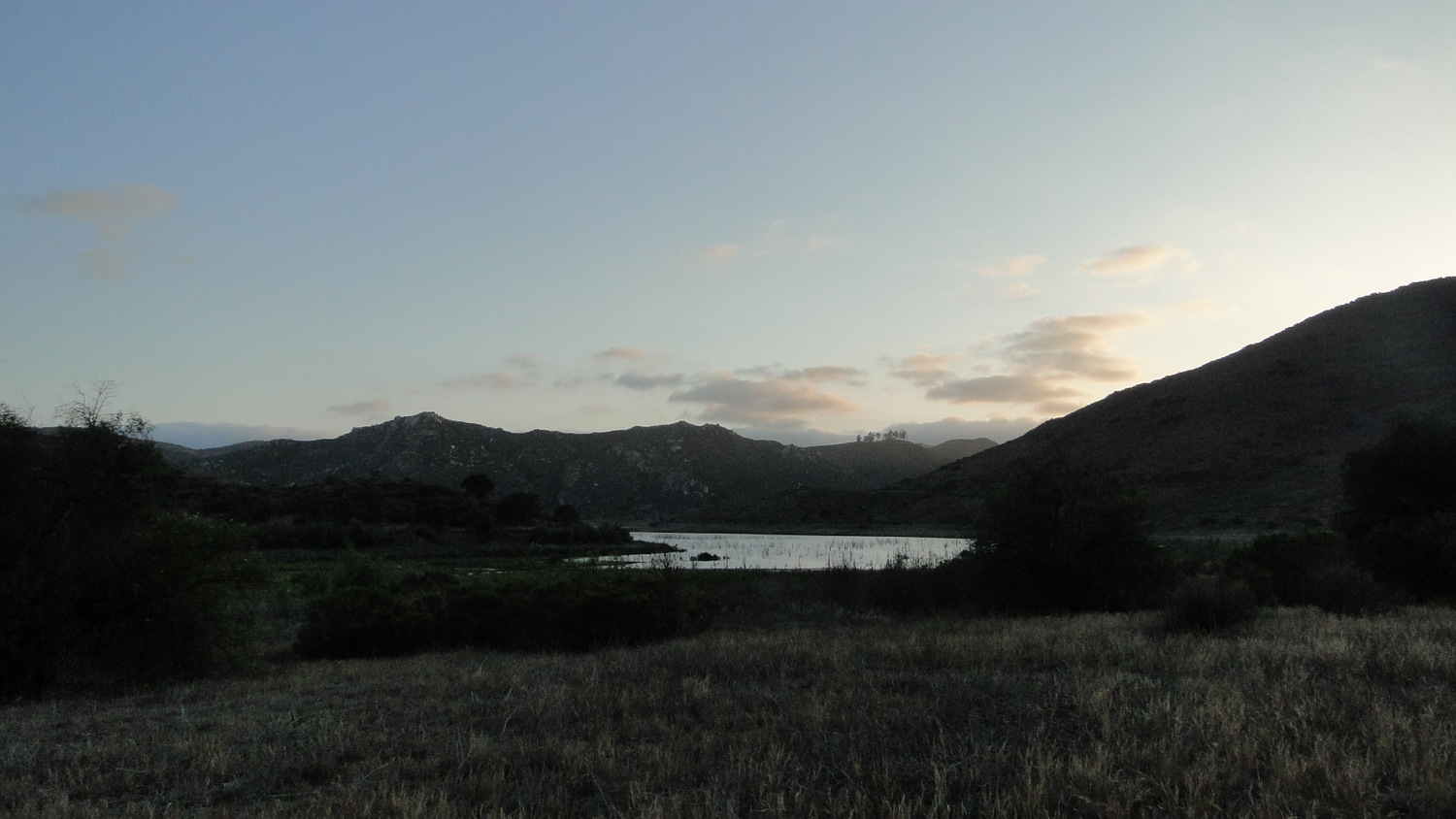 The trail is paved for about the first and last mile. After that, it is very smooth until reaching the Bernardo Summit Trail, at which point the trail becomes fairly rocky and uneven at some points. It's not a particularly difficult trail, but you will need to watch your trail.