Hike along a former tourist road abandoned due to dangerous volcanic activity and enjoy some peace and solitude, see powerful geological forces up close, visit an ancient mining site, and potentially spot some unique volcanic rock formations along the paved thoroughfare, which is slowly being reclaimed by nature.

This hike begins at the Devastation Trailhead, but instead of hiking on that trail, walk back out to Crater Rim Drive and head west, passing a gate that blocks vehicular traffic. 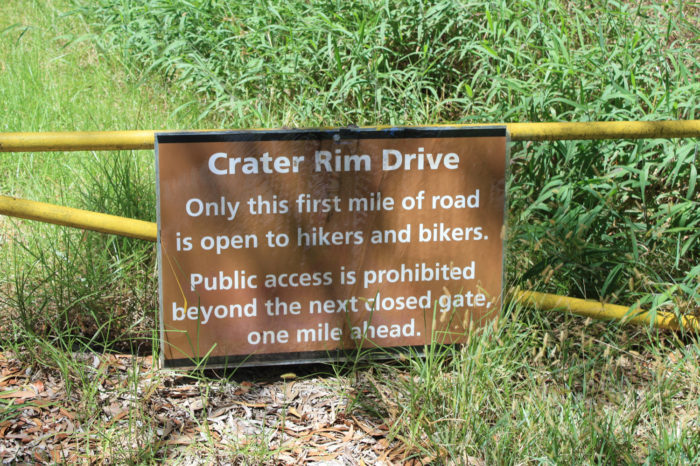 As is the case throughout Hawai’i Volcanoes National Park, the signs here are as unique as the landscape. Even if you’re a seasoned pro used to all kinds of safety warnings, the ones you see in this park will definitely catch your attention. 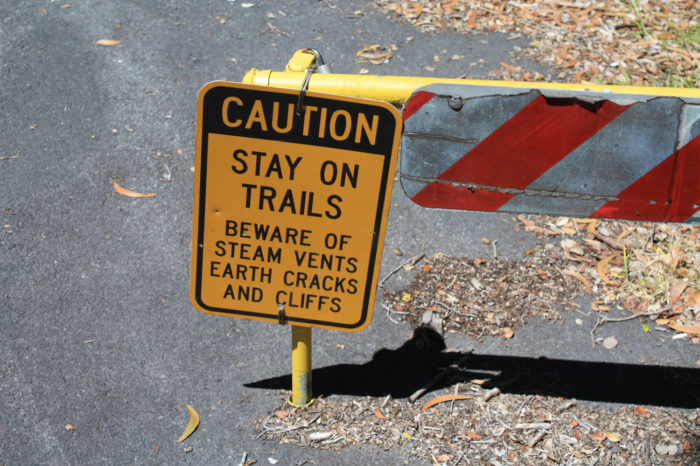 The bulk of this hike is on Crater Rim Drive, which completely circles the Kīlauea Caldera. Previously, visitors could drive around the caldera, stopping at several additional viewpoints and utilizing a network of trails that treks across the dried lava.

Kīlauea is a pretty active volcano, though, and things tend to change fairly quickly and drastically in this incredible landscape. In 2008, a small explosion in Halemaʻumaʻu Crater scattered debris over 74 acres, covering part of Crater Rim Drive and destroying a nearby viewpoint. There was no lava associated with this explosion – but there was a noticeable increase in sulfur dioxide gas, as the explosion opened up a new major vent in the caldera. 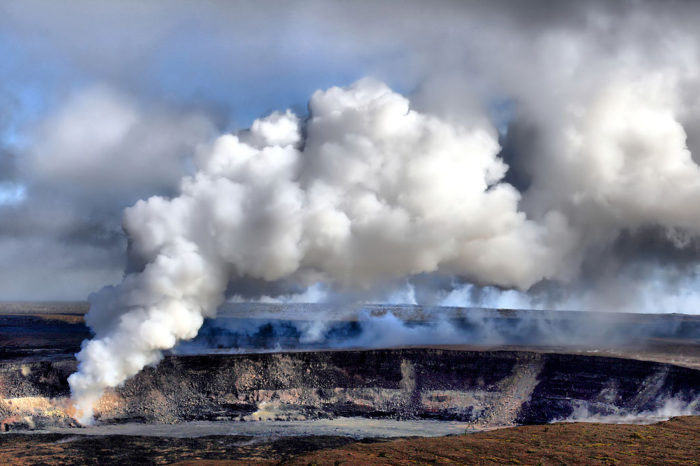 Sulfur dioxide is dangerous to humans, and can cause severe irritation to the nose, eyes, throat, and lungs and make it difficult to breathe. As a precaution, the Park Service closed the stretch of Crater Rim Drive between the Jagger Museum and Chain of Craters Road after this explosion, as well as a larger area downwind of the caldera.

Because the road hasn’t been traveled by vehicles or even large groups of hikers or cyclists since 2008, Crater Rim Drive has the feel of an abandoned place that’s slowly being reclaimed by nature. The forest is creeping back over the man-made intrusions. In some places it’s even almost reached the middle of the road. 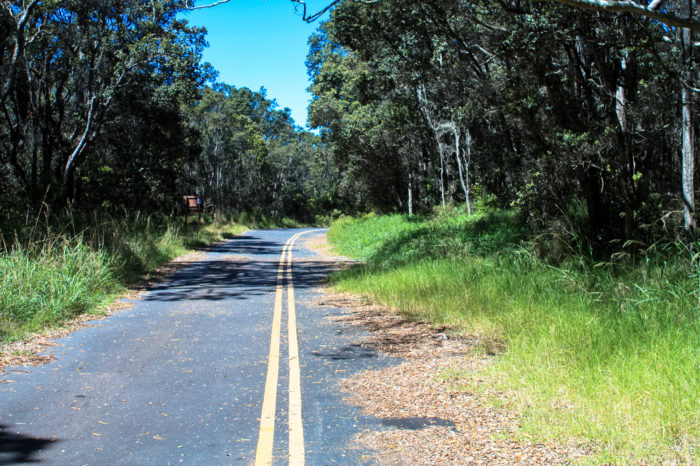 As you walk along the road, look for the vibrant blooms of the ‘Ōhi’a lehua tree – an endemic and highly variable tree that is uniquely adapted to grow in nutrient poor soils near recent lava flows and near volcanic vents.

According to Hawai’ian mythology, the volcano goddess Pele (who makes her home in the Halemaʻumaʻu Crater) fell in love with a handsome man named ‘Ōhi’a. But ‘Ōhi’a was already in love with his lover Lehua. When Pele was rebuked by ‘Ōhi’a, she turned him into a tree in a fit of rage. Lehua was distraught by this, and depending on who you talk to, either Pele or other gods took pity on her and turned Lehua into a beautiful flower that would bloom on the ‘Ōhi’a tree. 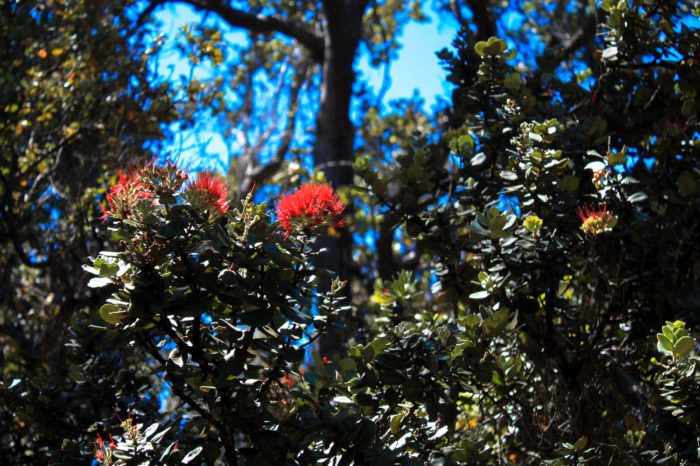 ‘Ōhi’a lehua is often one of the first plants to take hold in new lava flows, and is an anchor species all across the Island of Hawai’i.

As you continue your walk along the road, keep your eyes peeled along the edges of the road and especially near embankments for things that look like piles of straw or look for glistening fishing lines amidst the rest of the rocks. 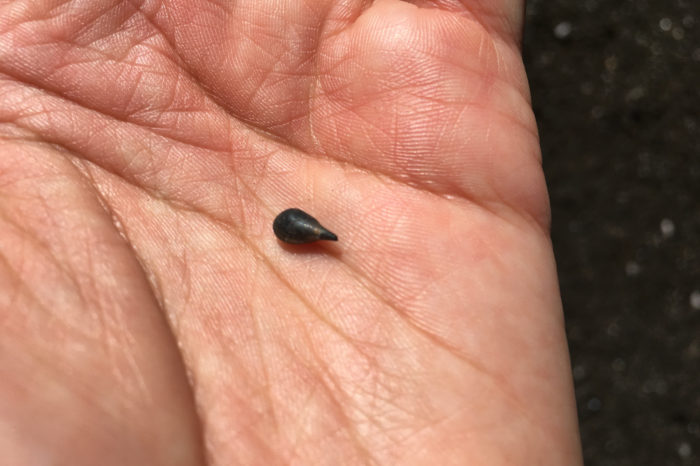 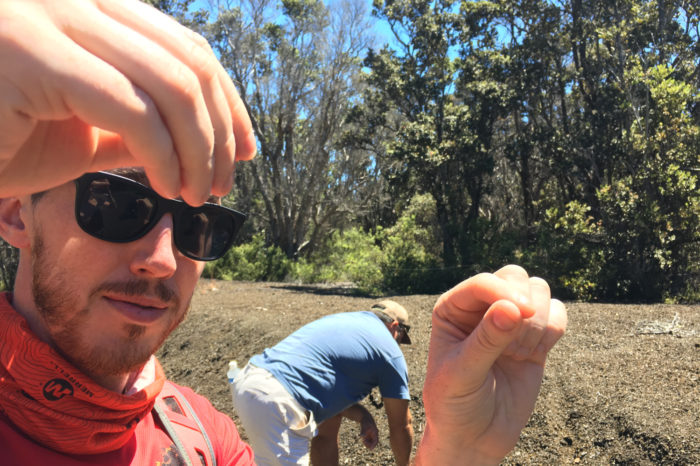 A strand of Pele’s Hair

Pele’s Hair is thin strands of volcanic glass that appear when material is ejected from a lava fountain eruption. If the lava is ejected with a high velocity, it will form Hair. If it’s ejected at a lower velocity, the lava droplets cool in the air and turn into Tears, which are basically little lava raindrops. Sometimes they’re attached to each other, too.

If you see these, do handle them cautiously – both the Tears and Hair can be surprisingly sharp, and inhaling any amount of Pele’s Hair can cause some serious respiratory problems. Also note that all plants, animals, and rocks inside the National Park are protected, so you can observe them but do not remove anything from where you found it. You wouldn’t want Pele mad at you — remember the guy she turned into tree!

At the 0.8 mile mark, you’ll reach the Keanakāko’i Crater overlook to the south of the trail. Keanakākoʻi formed during the 1400s and was a major source of sharp obsidian used for making axe heads. The area was an active quarry for hundreds of years, until eruptions in 1877 and 1974 covered the bottom of the pit in 115 feet of cooled lava. 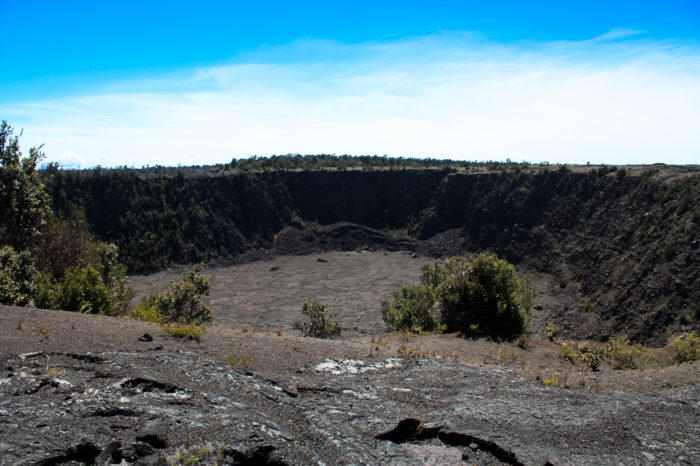 From Keanakākoʻi, turn north and you’ll spot a well-marked footpath leading out onto the Kīlauea Caldera. Because the landscape here is both extremely fragile and has the potential to just collapse or shoot lava or toxic gasses out, it’s important that you stay within the areas that are open to foot traffic. 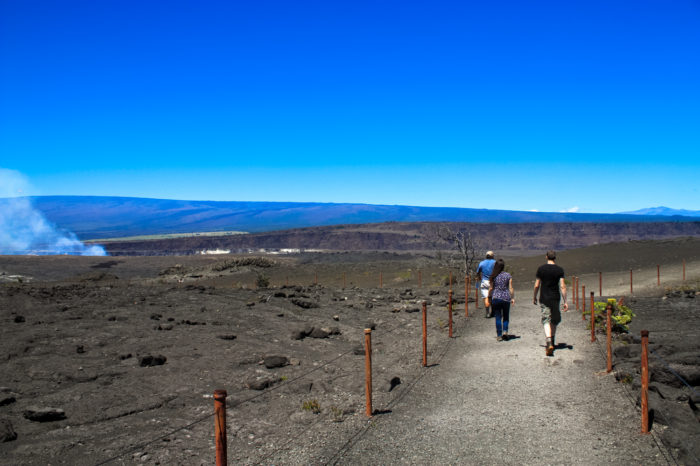 Out here, you can get some incredible up-close views of the fissures that opened up here in 1974, sending lava flowing toward the Chain of Craters Road. You can see tiny ‘Ōhi’a lehuas establishing footholds in what seem like the most inhospitable landscapes on the planet, as well as mineral stains from the lava and from volcanic gasses. If it’s a clear day, the smoke from Halemaʻumaʻu Crater rises in the caldera while the low, sloping dome of Mauna Loa rises behind. If you’re exceptionally lucky, you might be able to see the more jagged form of distant Mauna Kea as well. 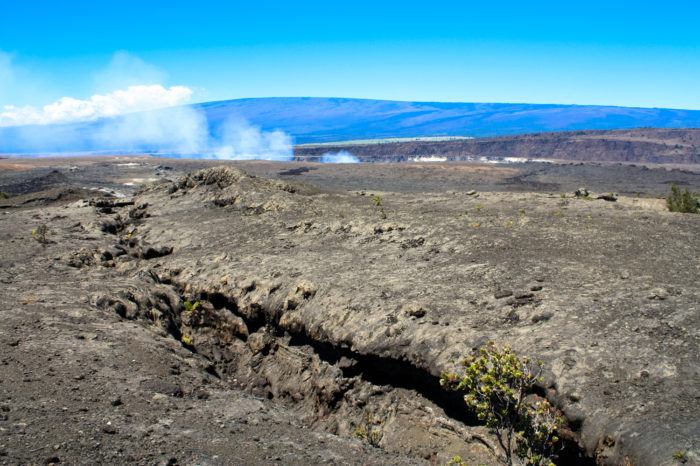 Mauna Loa in the background 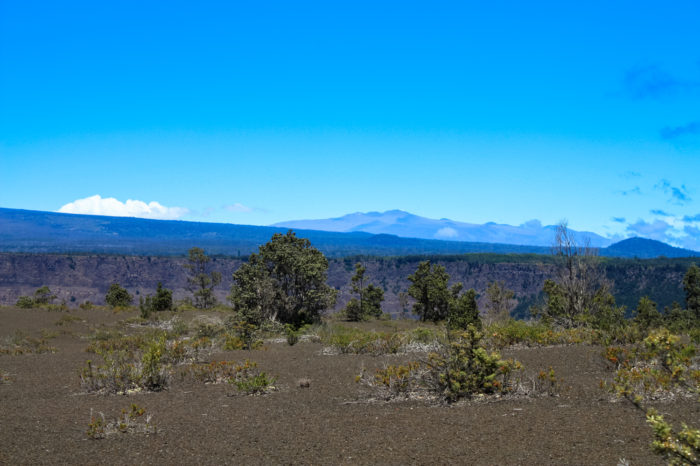 There’s a plaque here that features some photos from the 1974 eruption, demonstrating how long these fissures were and how high they were shooting their lava fountains. The sign maps the currently existing terrain, too, just so you can get an idea of exactly how incredible this event was.

It also features what I still think is the best graphic I have ever seen on any National Park sign ever: 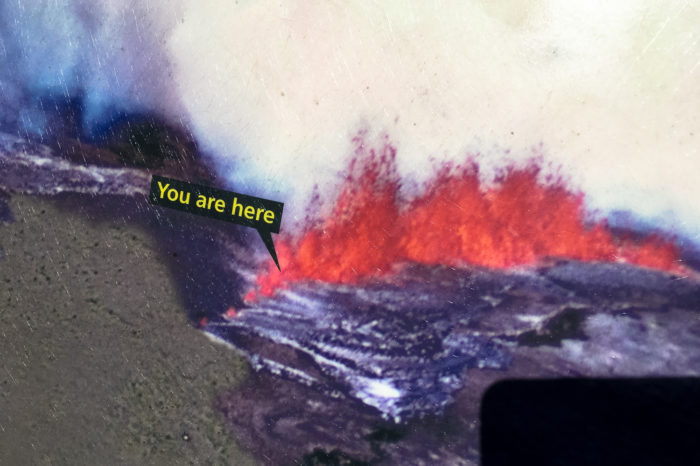 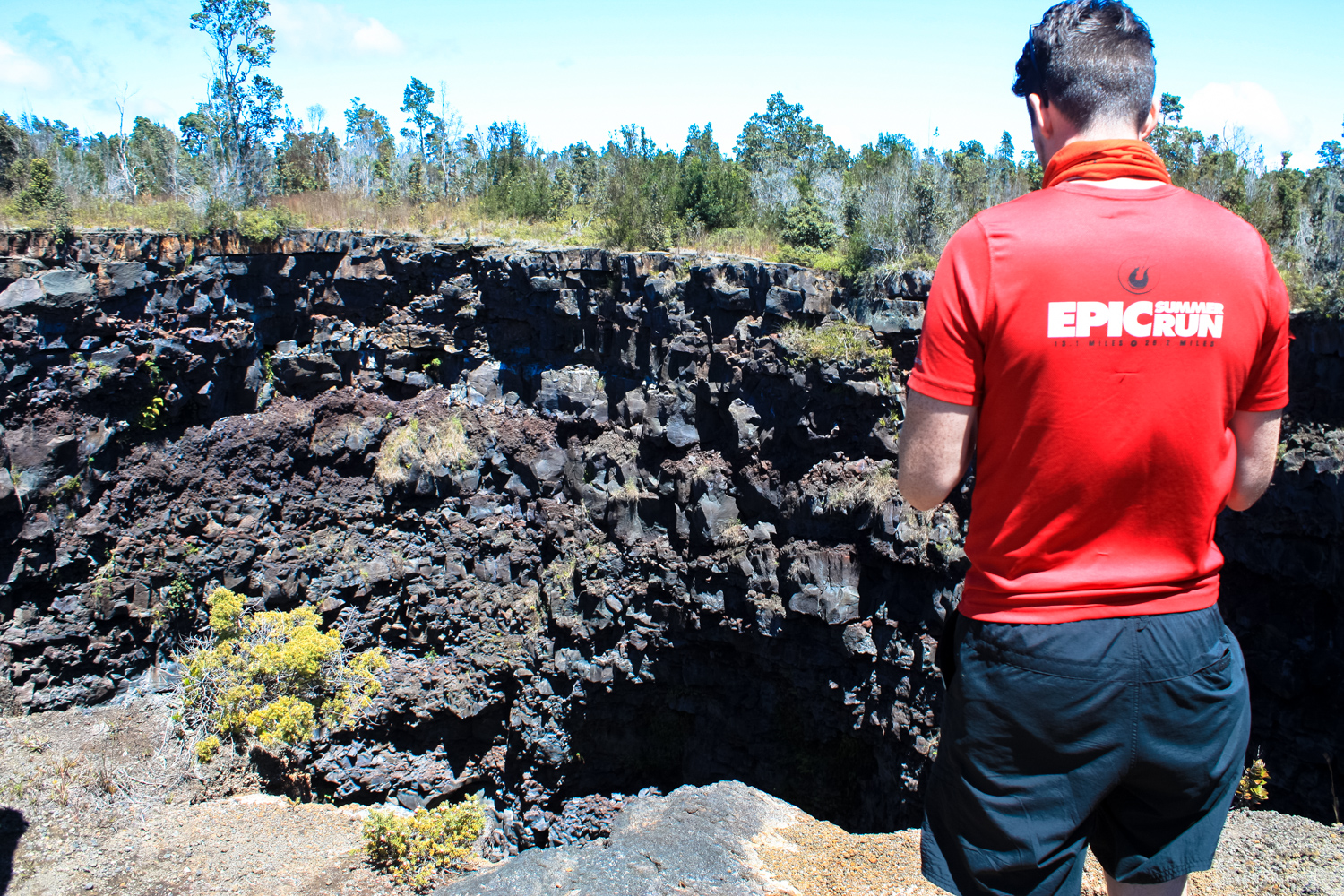 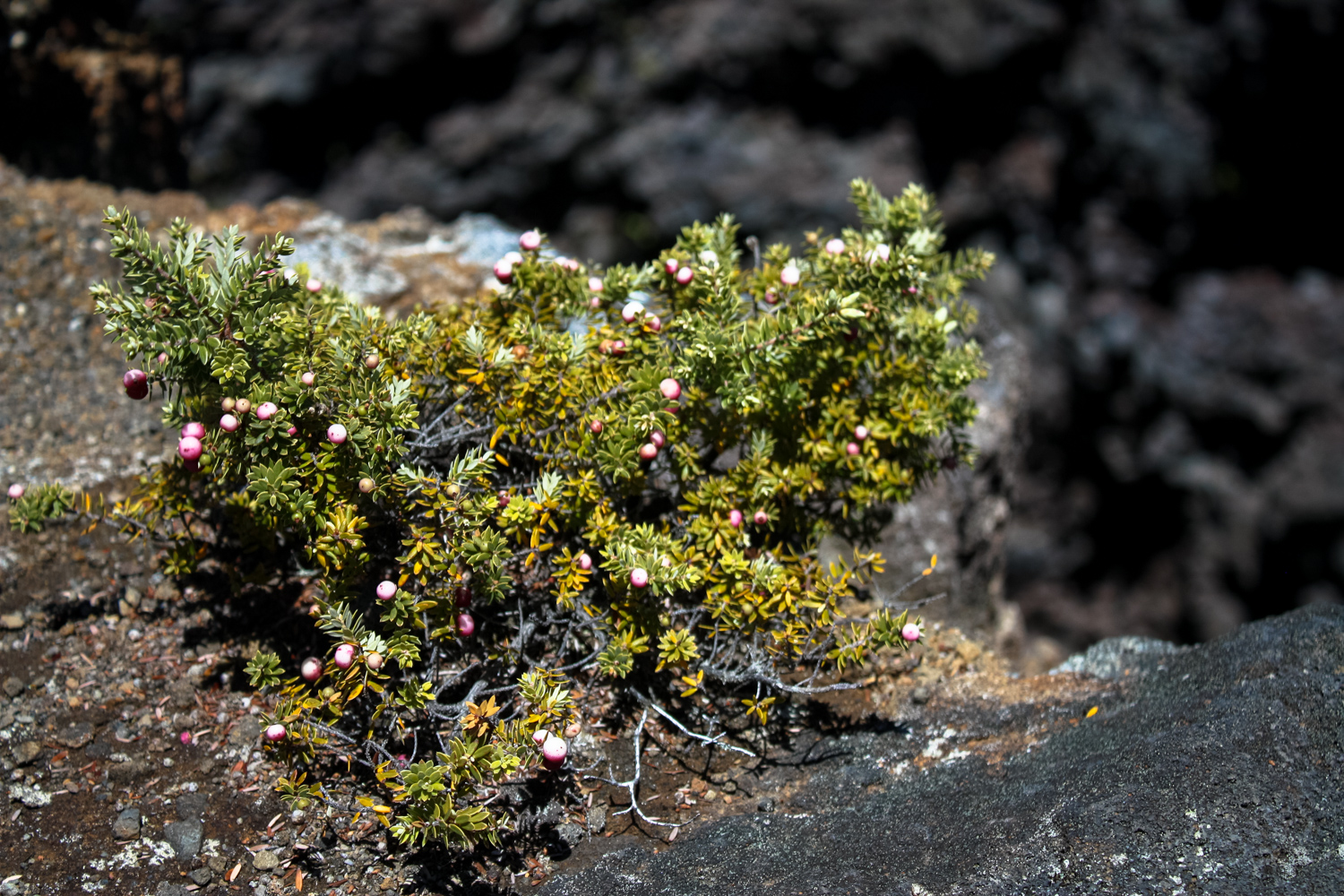 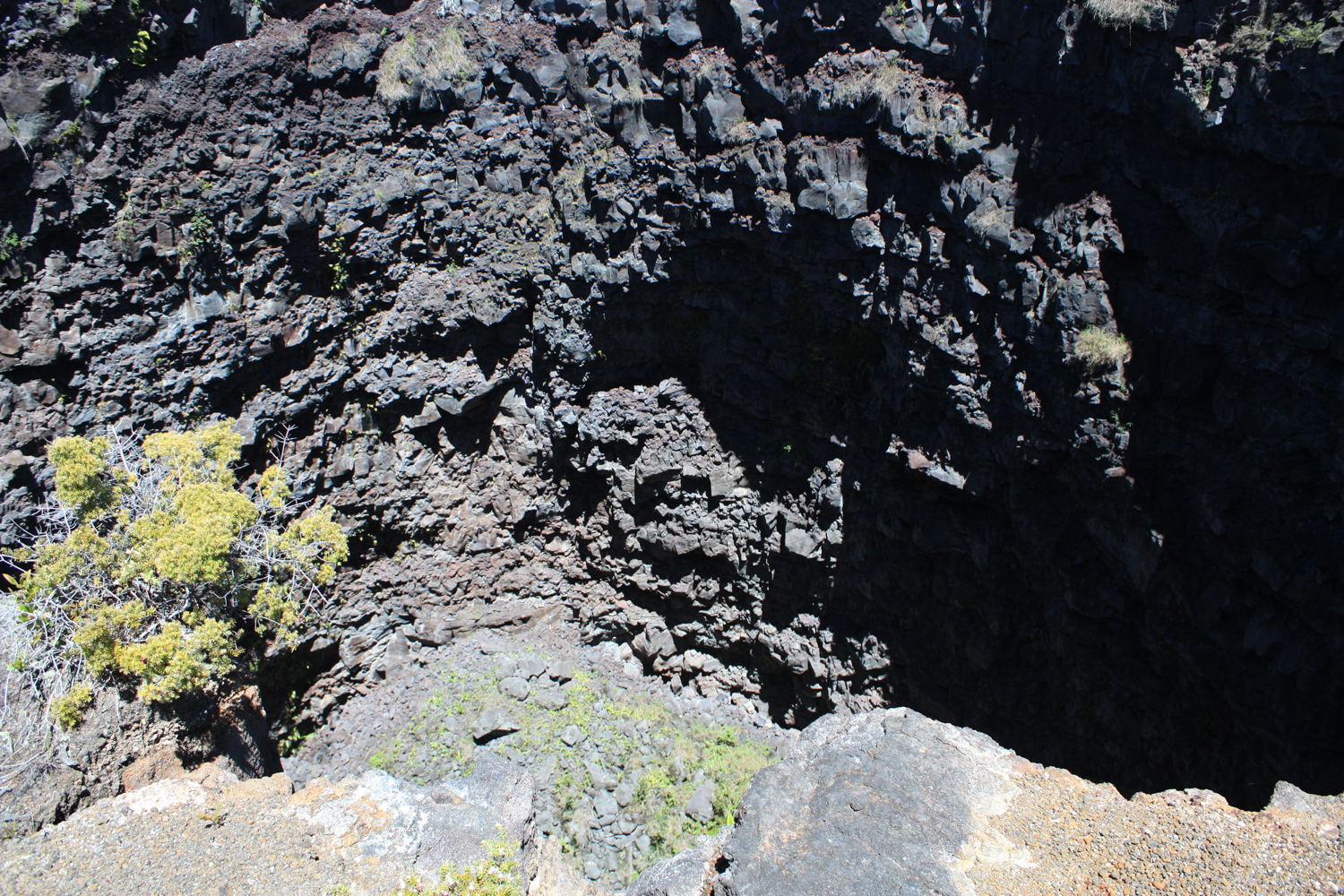 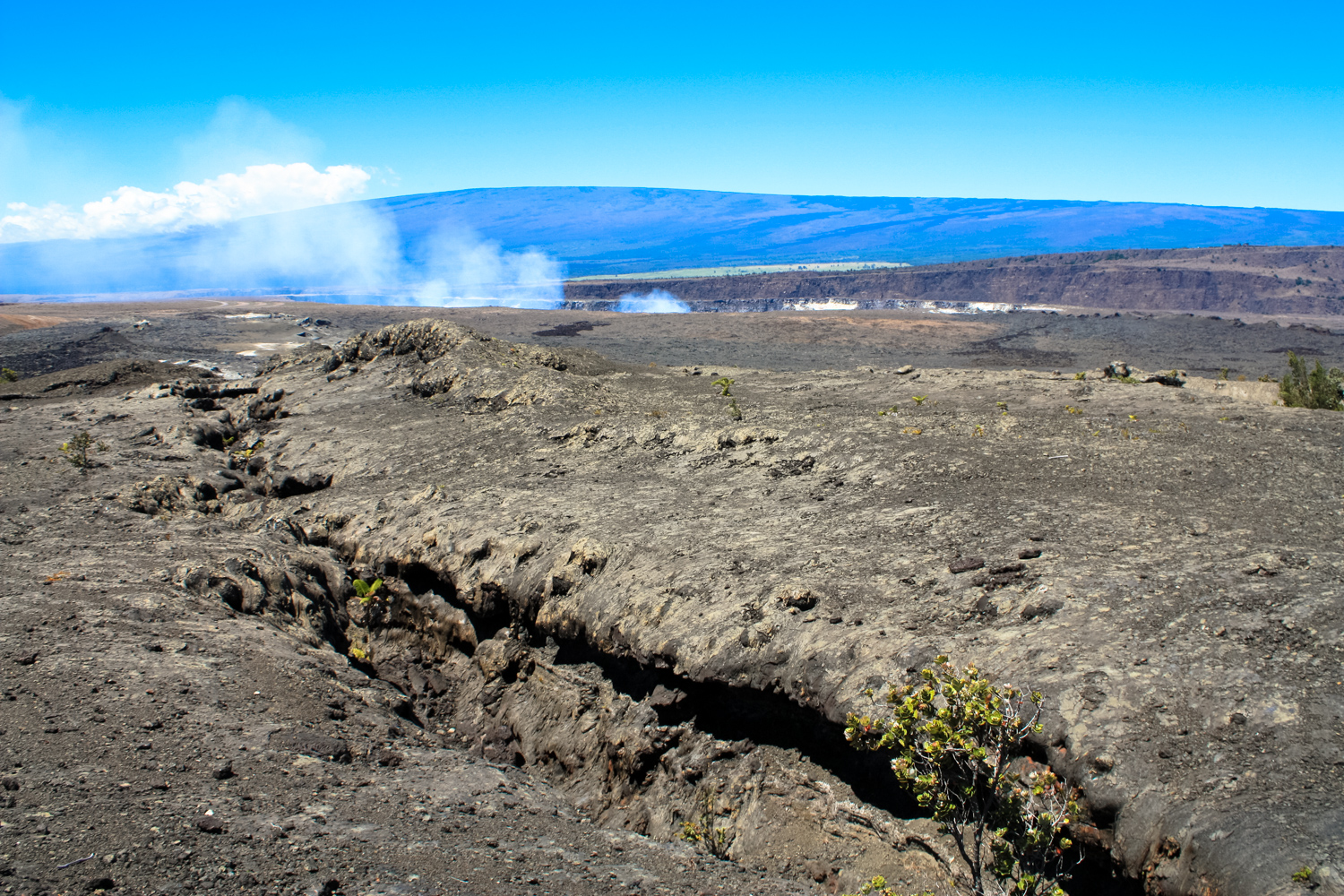 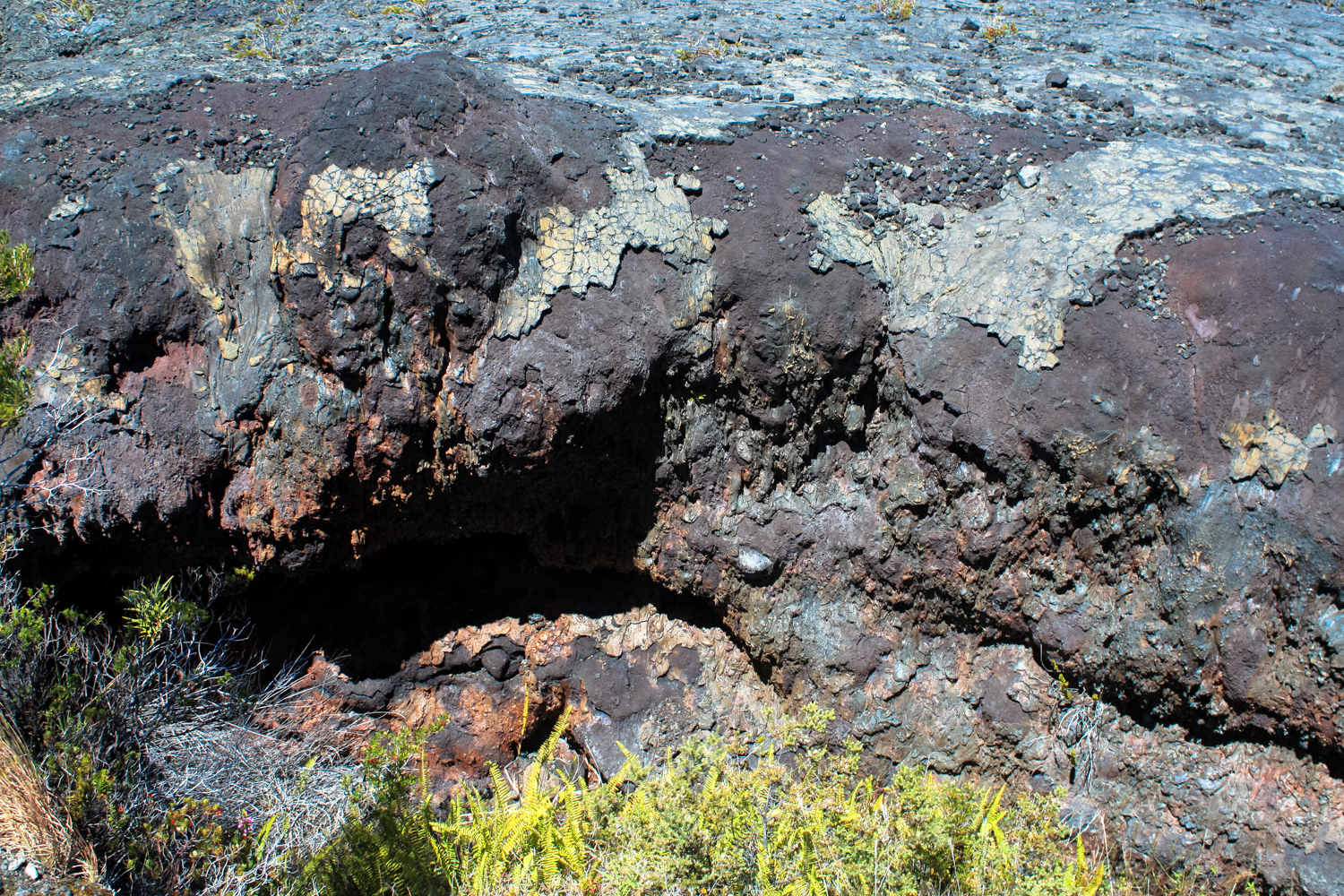 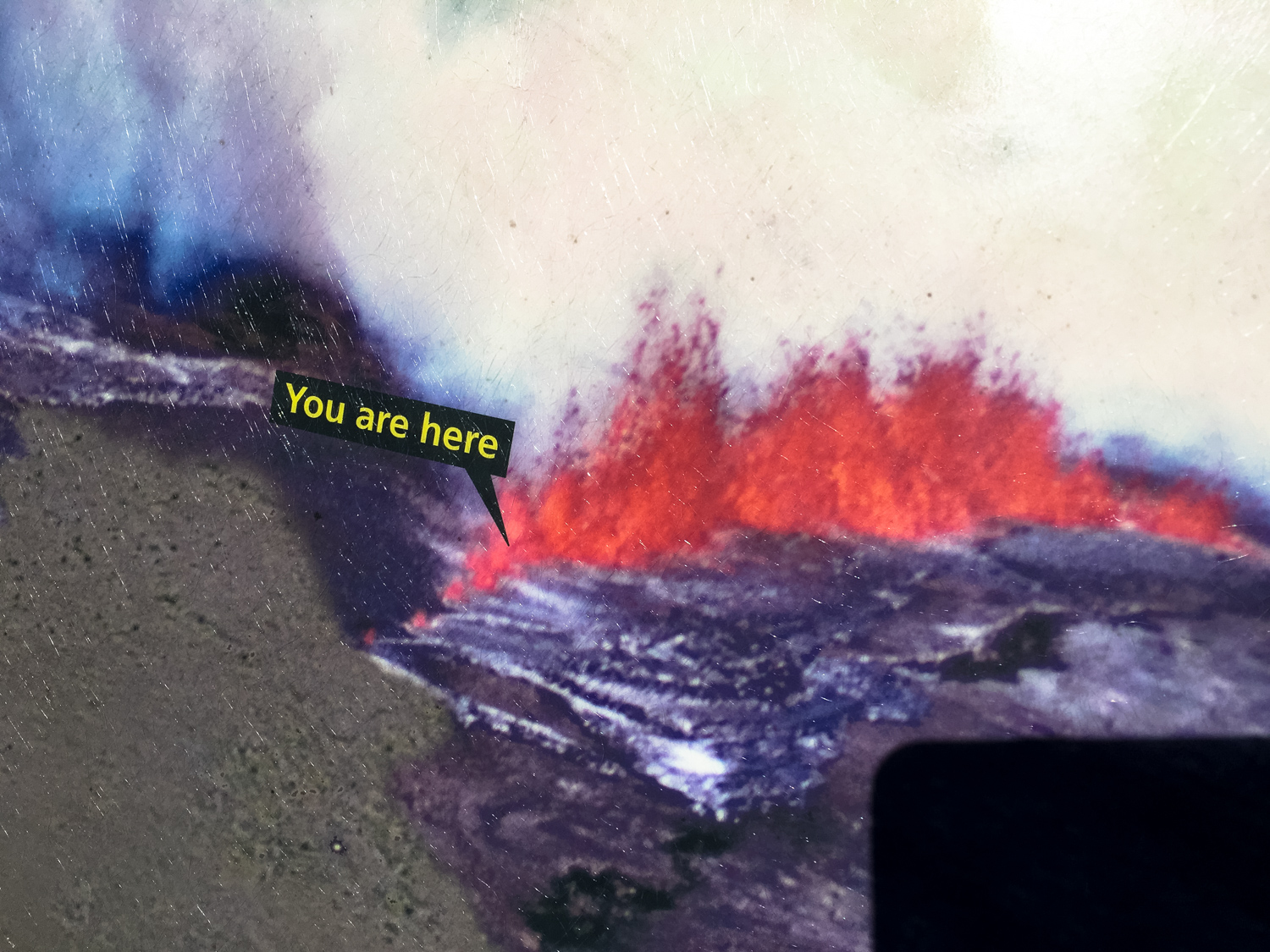 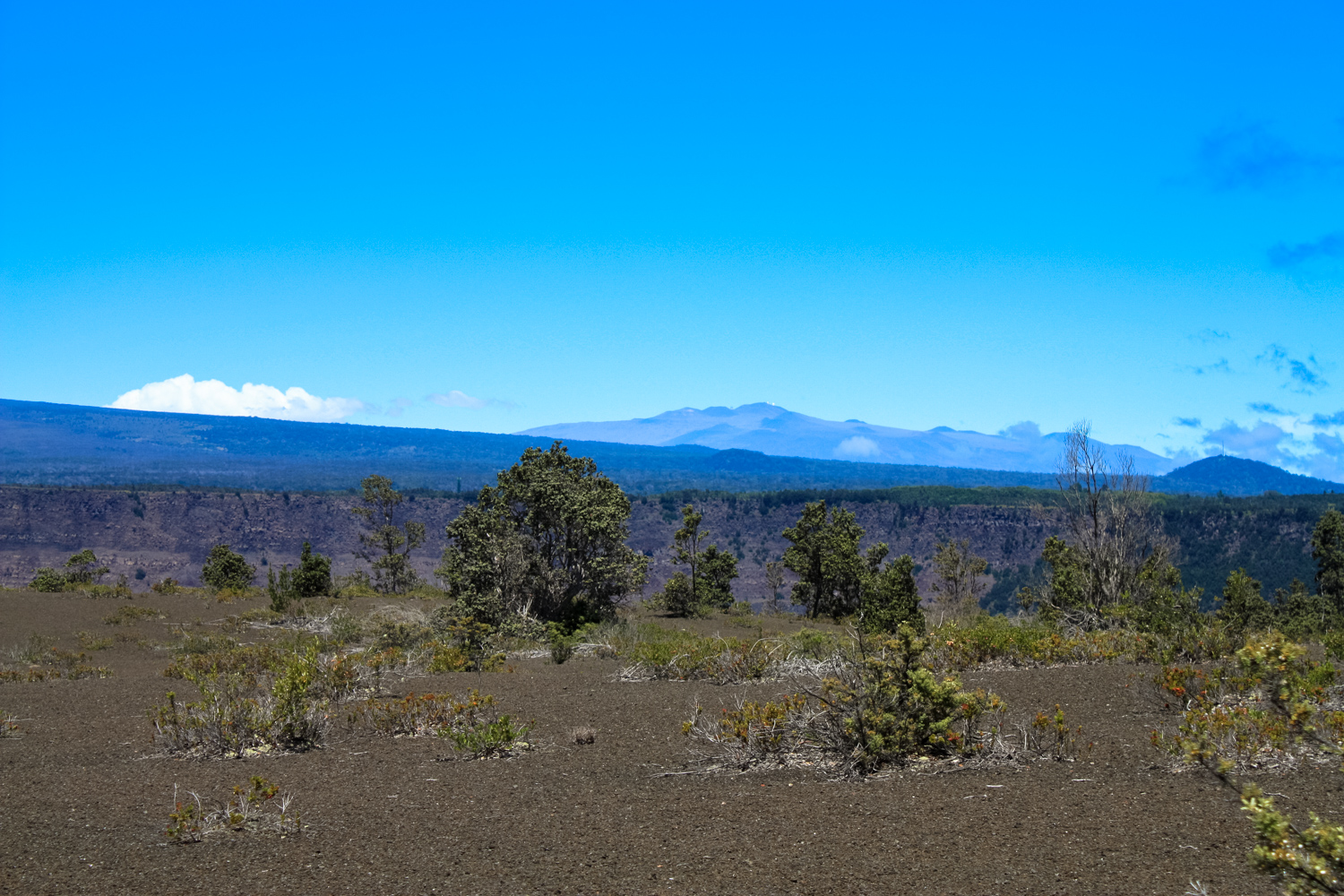 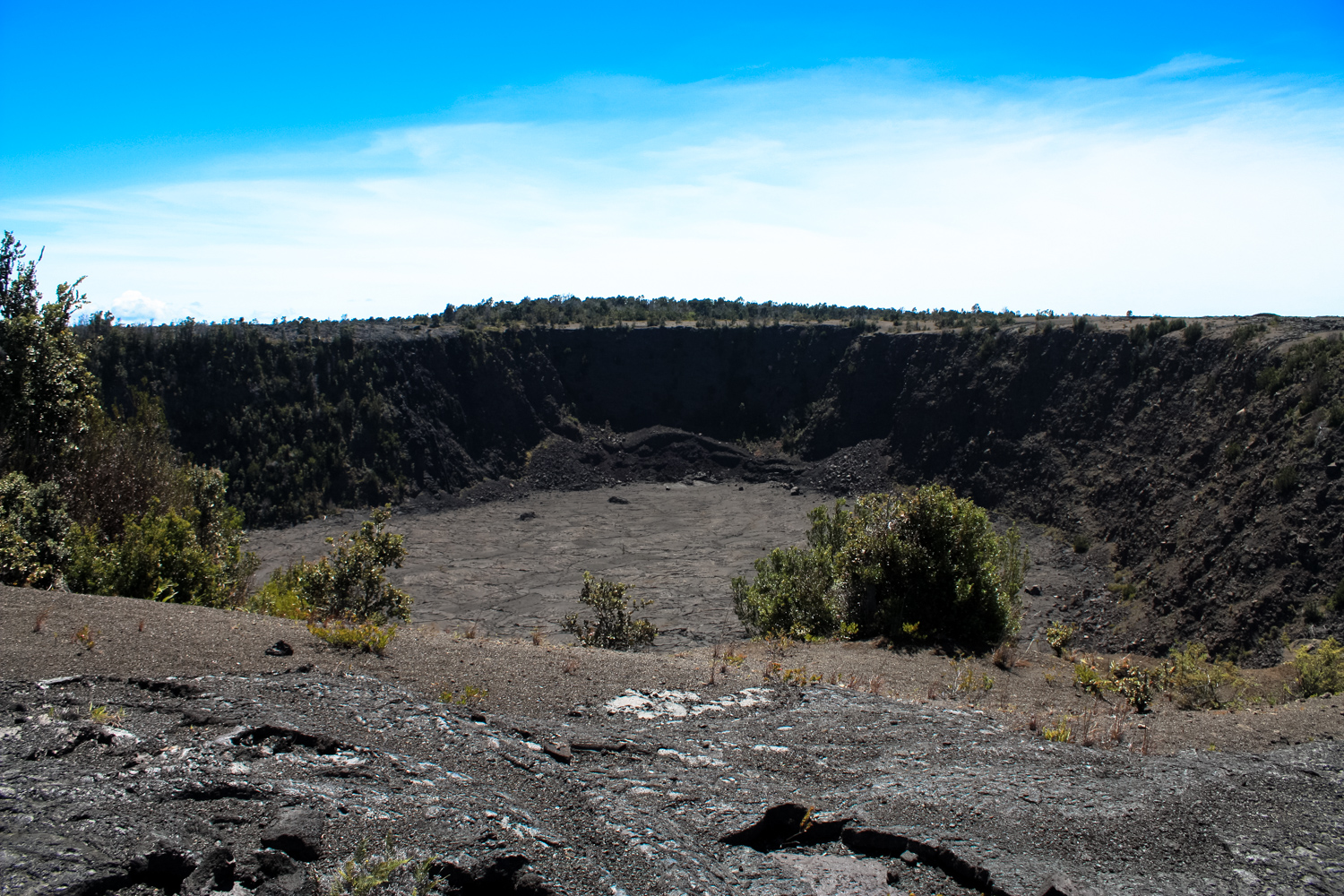 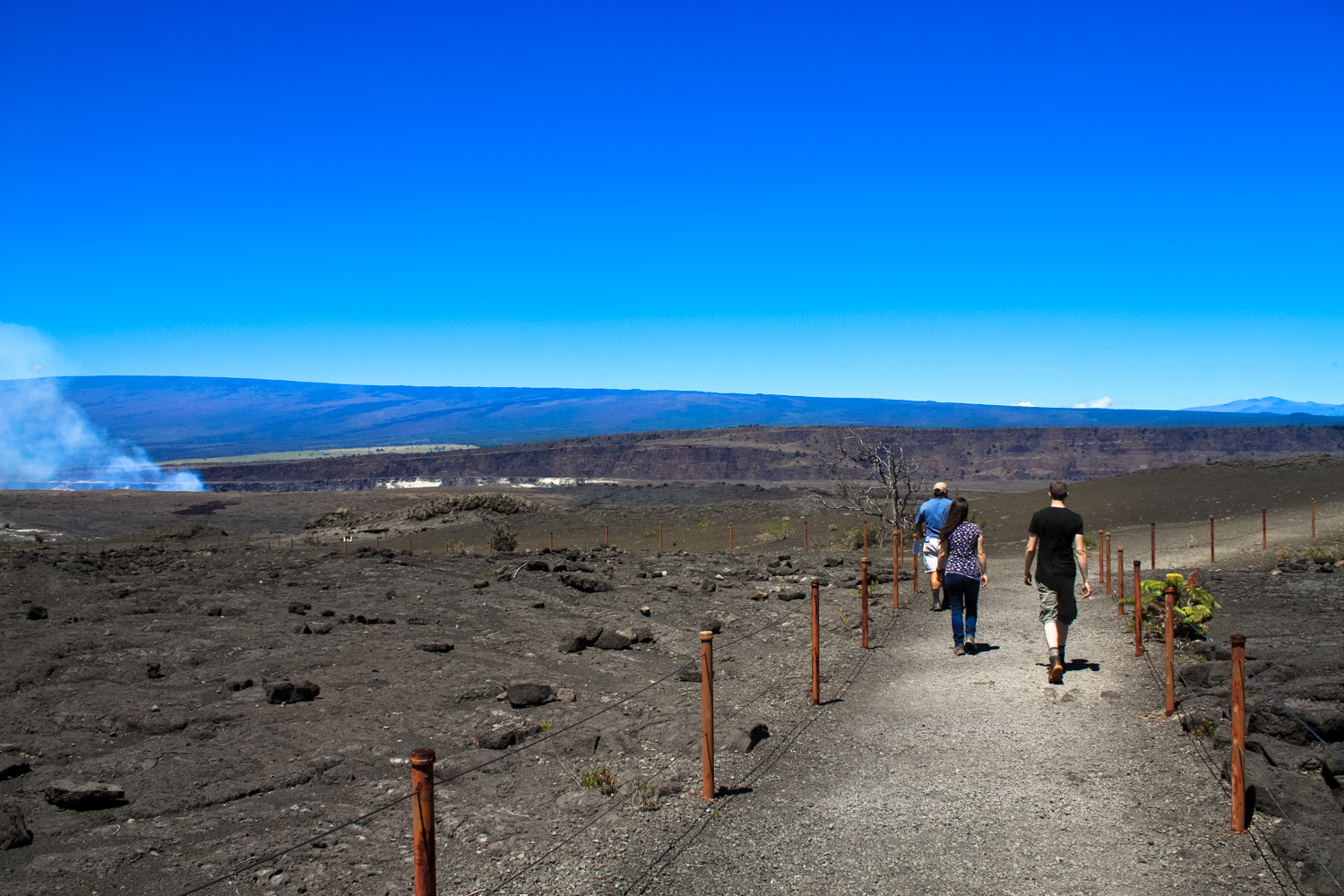 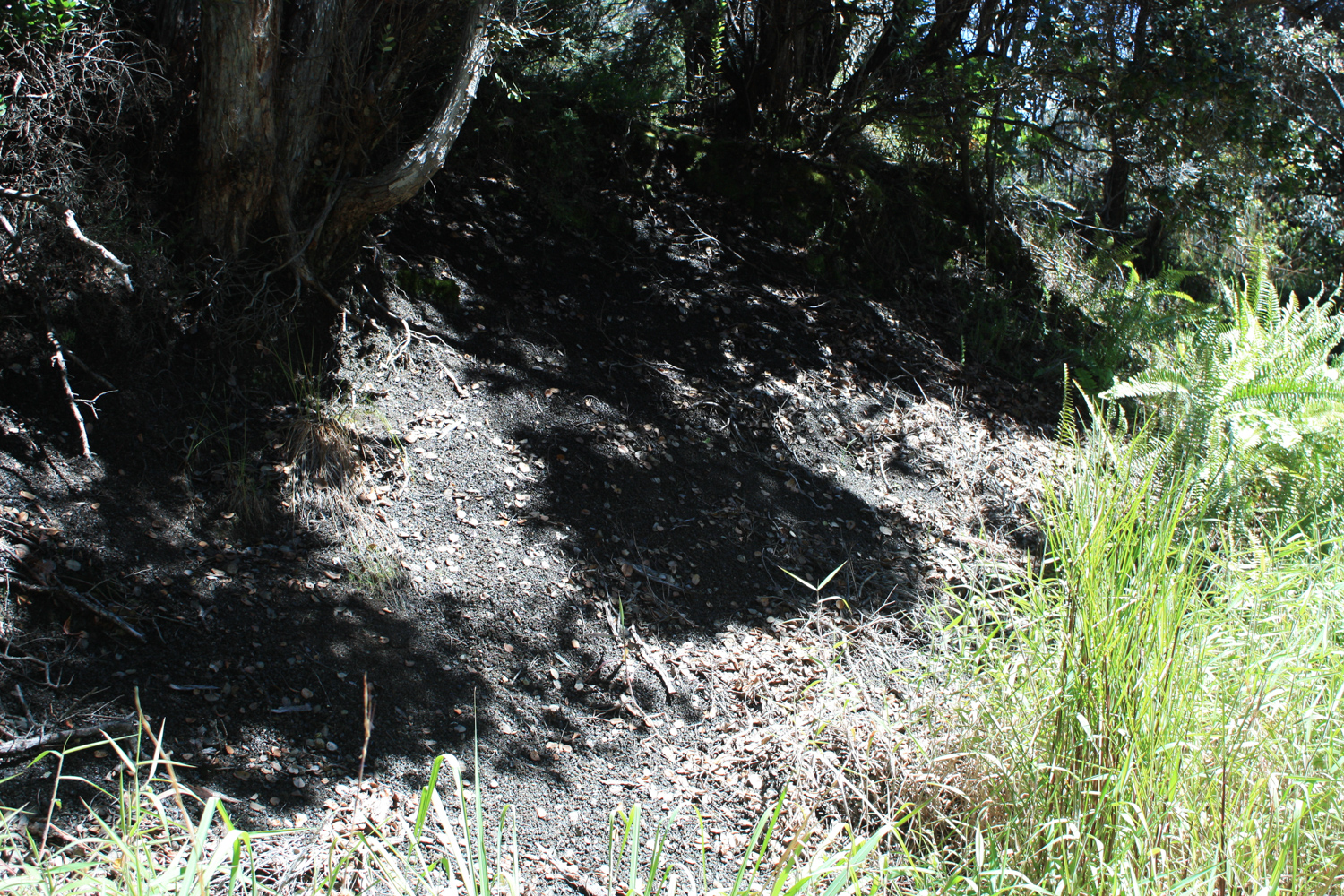 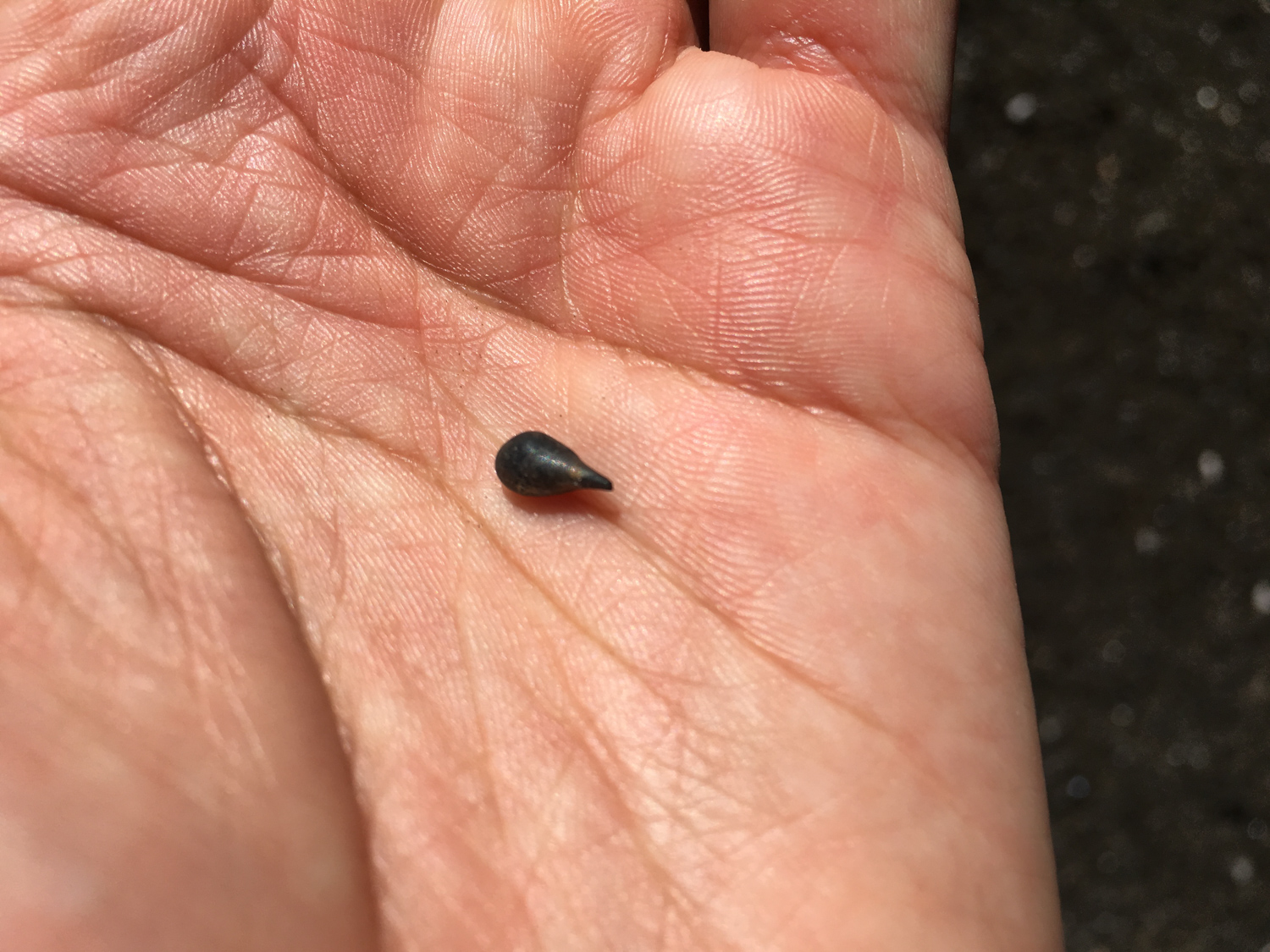 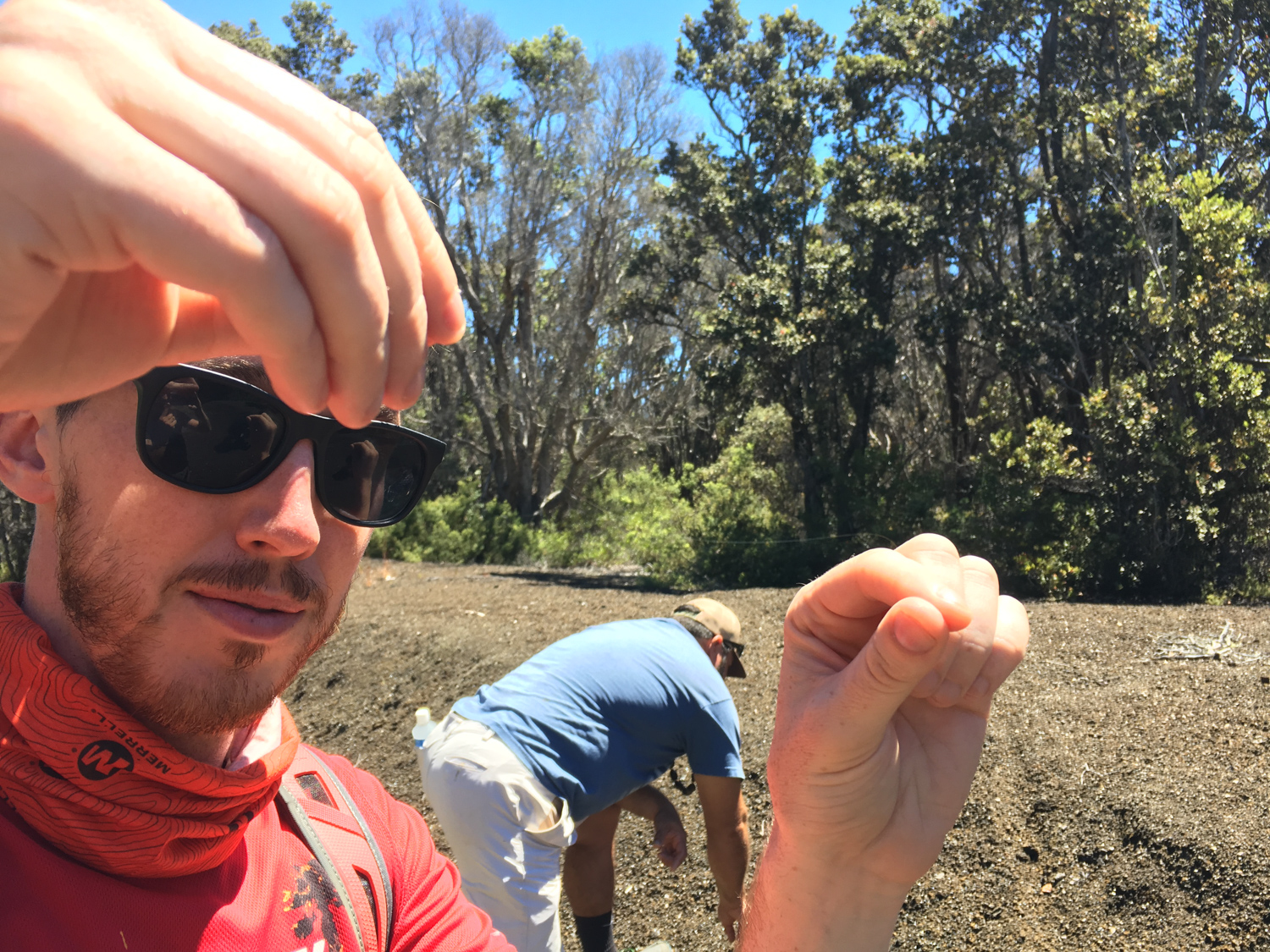 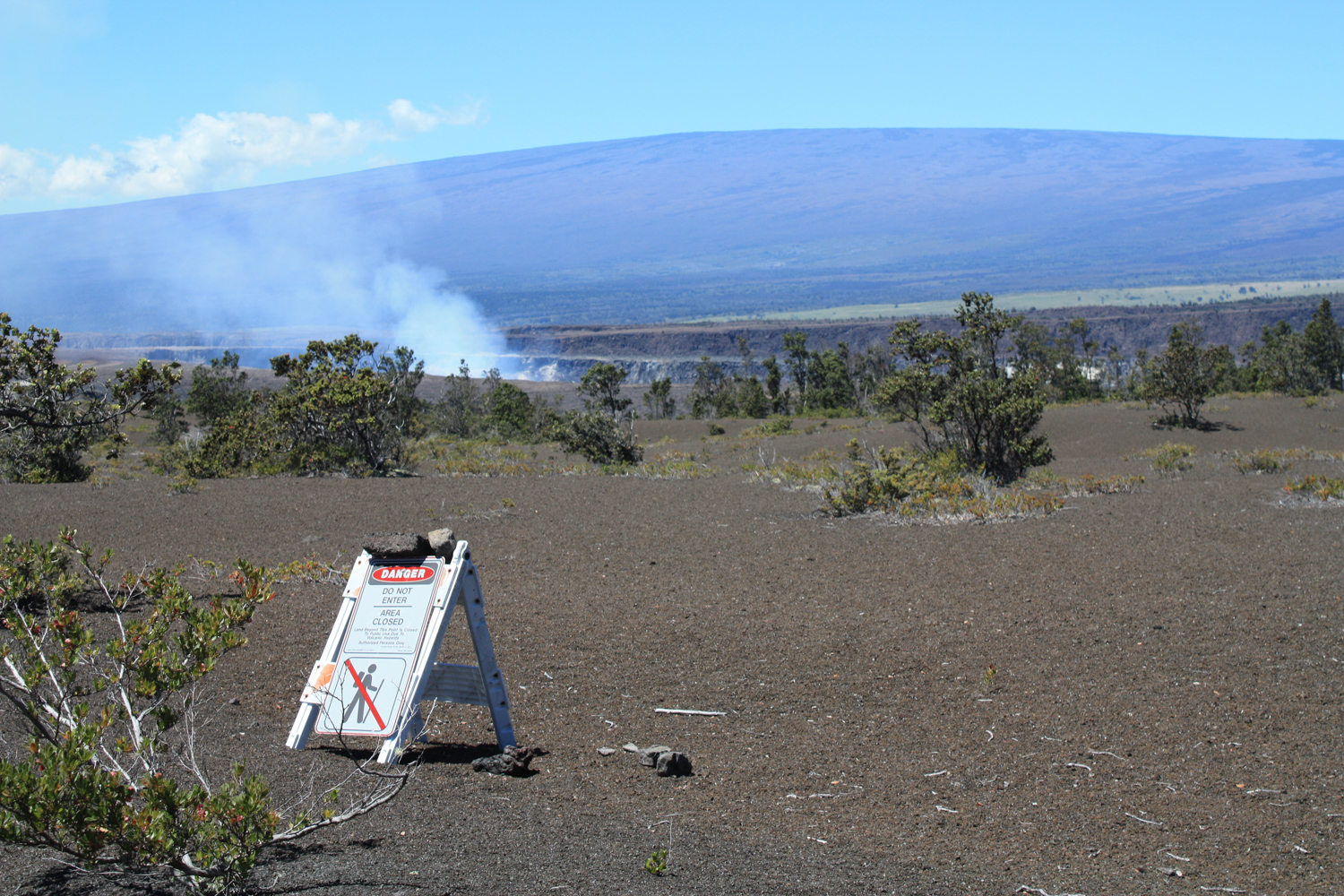 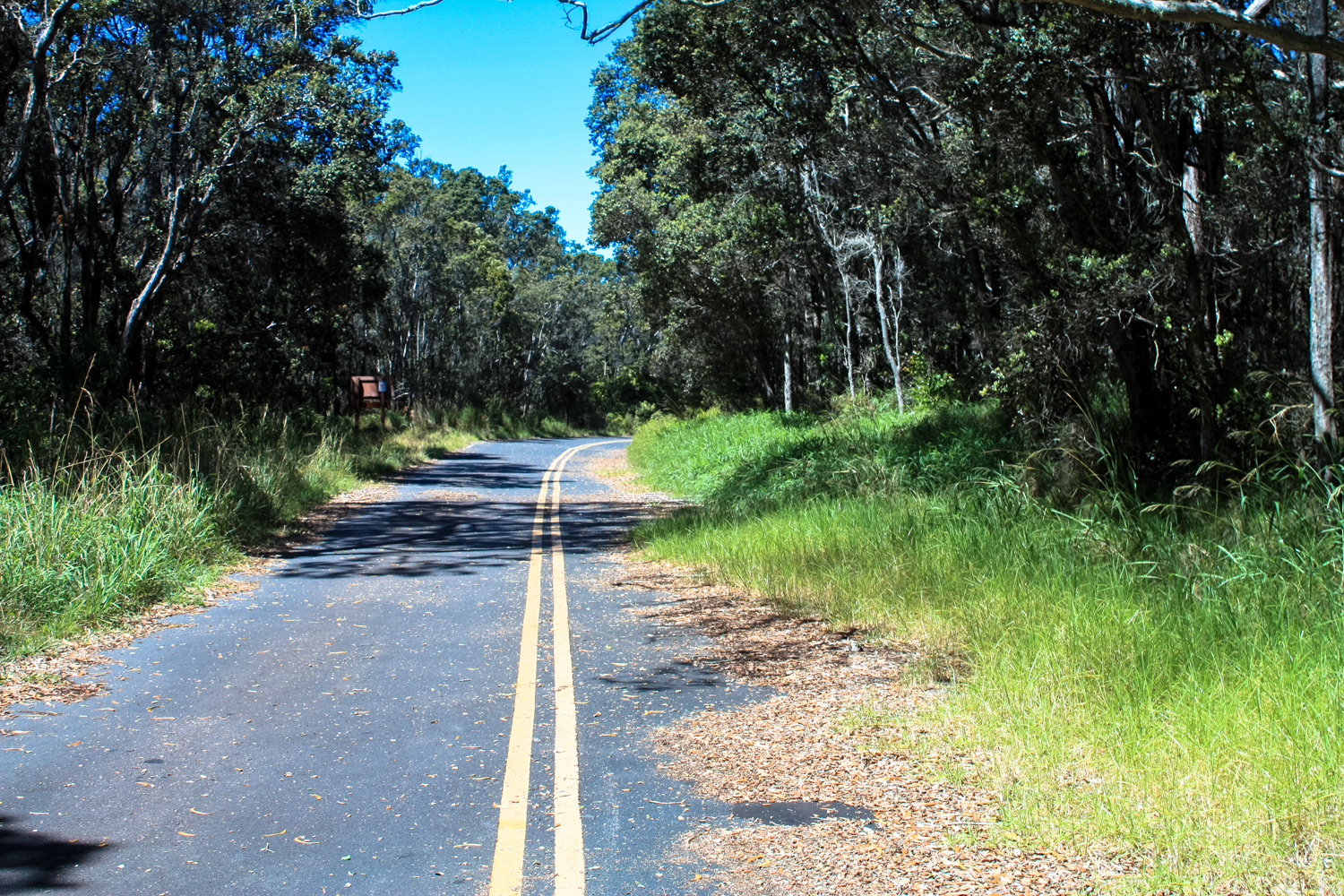 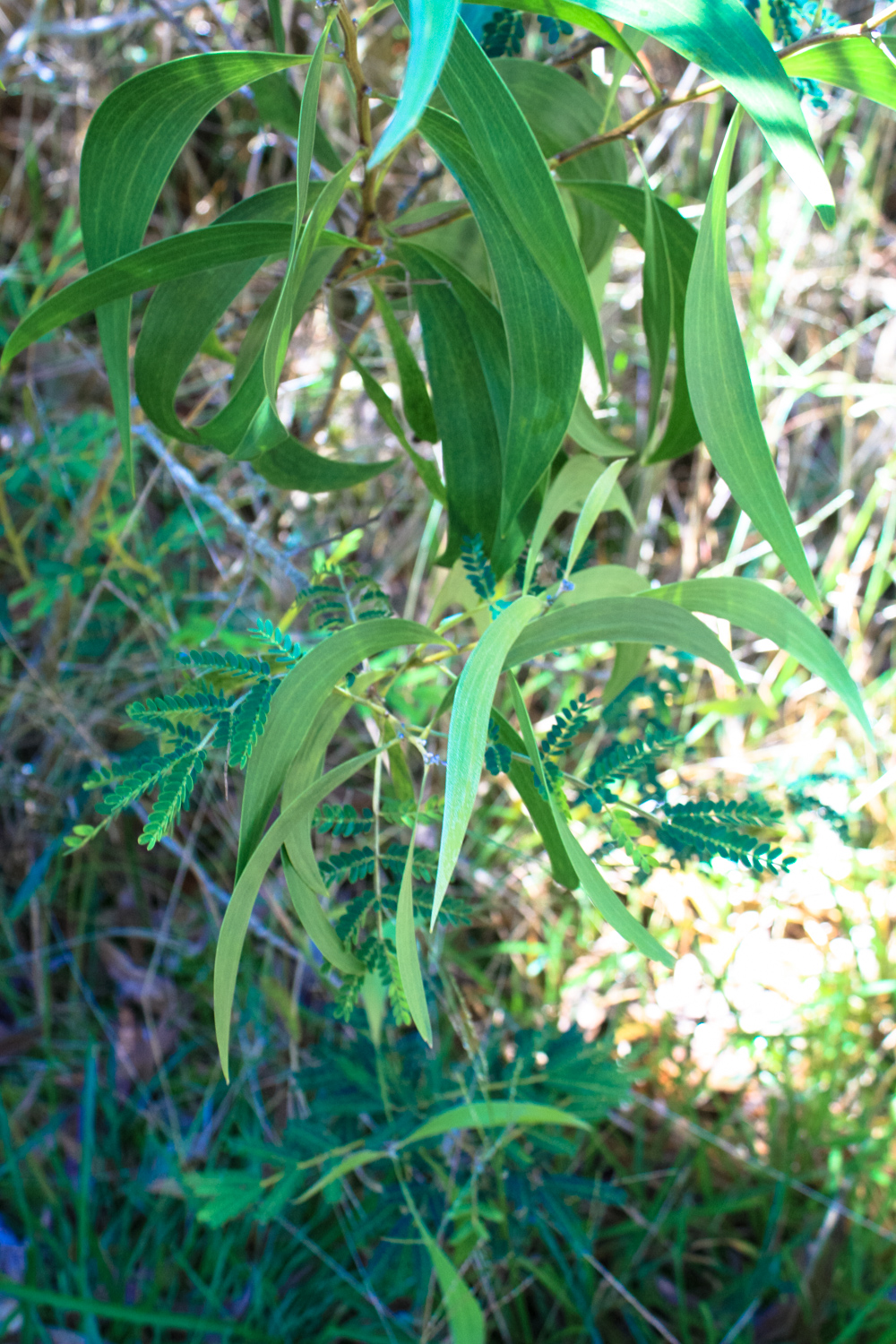 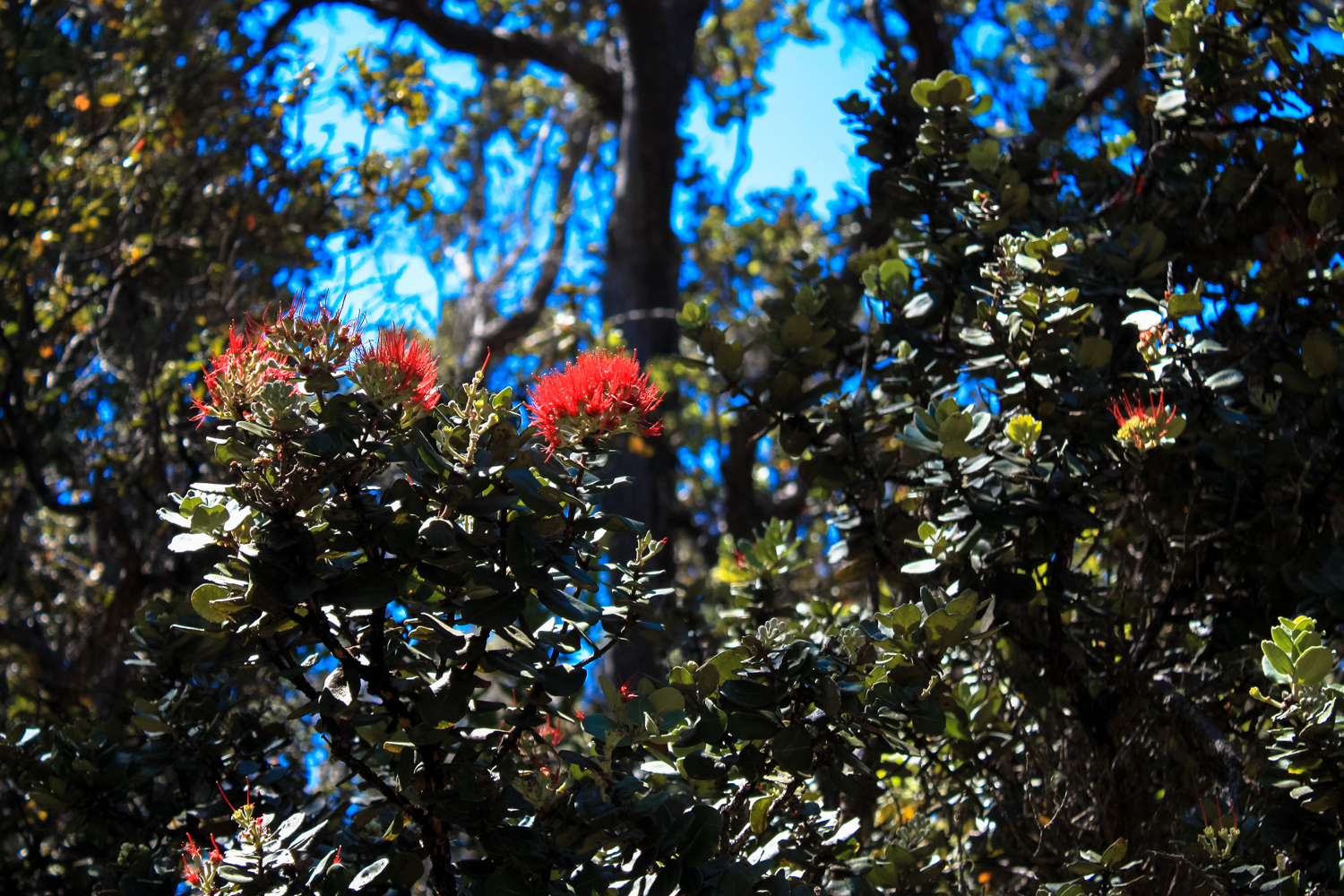 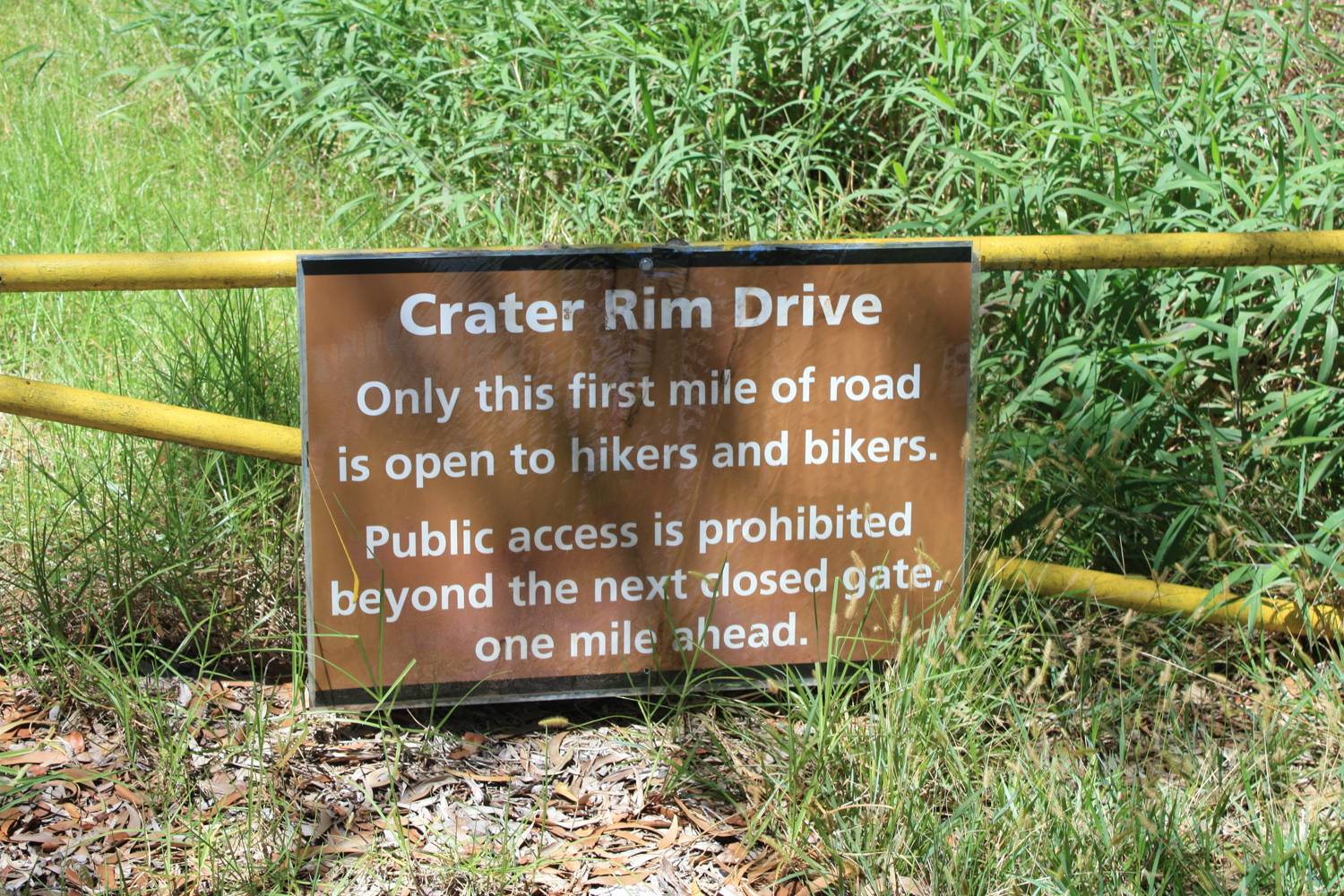 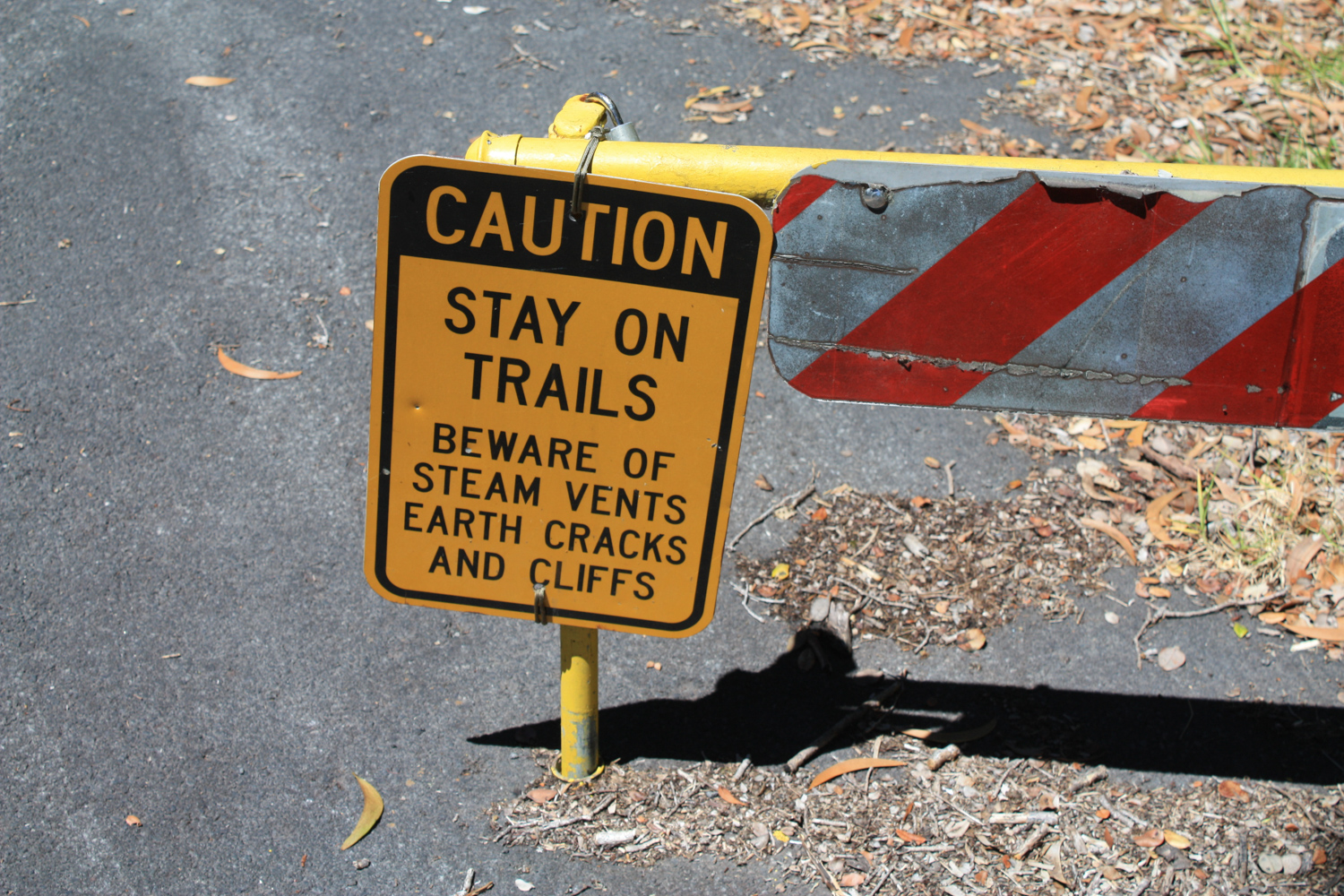 The bulk of this route is on the paved Crater Rim Drive, a road that circles the Kīlauea Caldera but has been closed to motorized travel due to hazardous volcanic activity. The section of the road is open only to hikers and cyclists and is accessible. There is a short, rough footpath at the end of the open section of road for hikers only.

There are no campgrounds close to this trail, although there are many camping options inside the park.