The Cavern Point Loop trail on Santa Cruz Island allows hikers to walk atop one of the largest sea caves on an island known throughout the world for those features. Although you won’t be able to see inside the cave itself, you will have sweeping views of the California coastline that on clear days stretch all the way from Point Concepcion to the Palos Verdes Peninsula. You’ll also pass historic Scorpion Ranch and the main campground for the island. Cavern Point also offers westward views and is close to the campground, making it an exception place to watch the sunset if you’re enjoying an overnight in Channel Islands National Park.

Book your way to the islands via the fine folks at Island Packers then disembark at the Scorpion Anchorage with most of the rest of your boatmates. If you haven’t had the chance yet, I highly recommend also booking a sea cave kayaking tour with the Packers — Channel Islands is a maritime National Park, and while the hiking is beautiful, if you don’t spend some of your time on or in the water here, you’re doing yourself a disservice.

When you’re ready to check out the Cavern Point Loop, head toward the anchorage point. Just west of the dock near some of the historic ranch’s old tool sheds (and its ranch visitor center), look for a narrow path cut in the hill to the north. That’s your climb upward. 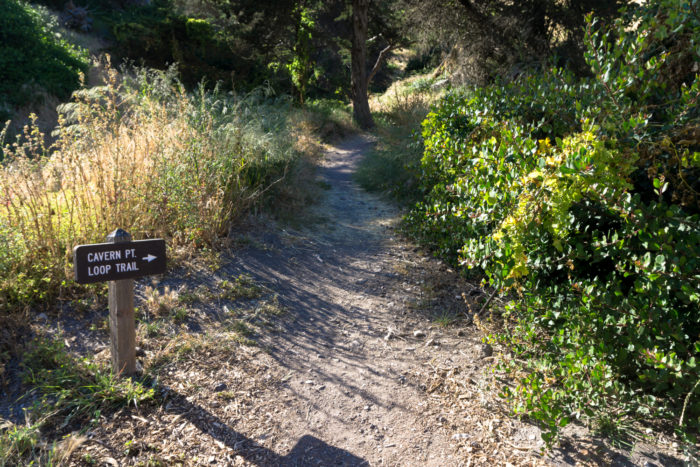 It’s a short but steep route — you’ll make almost your entire elevation gain in just over 0.3 mile. Like most of the trails on the Channel Islands, it’s also shadeless, although this one is close enough to the coastline that you’re likely to at least get some relief from a nice ocean breeze. If that’s not doing it for you, just soak in the stellar views instead. 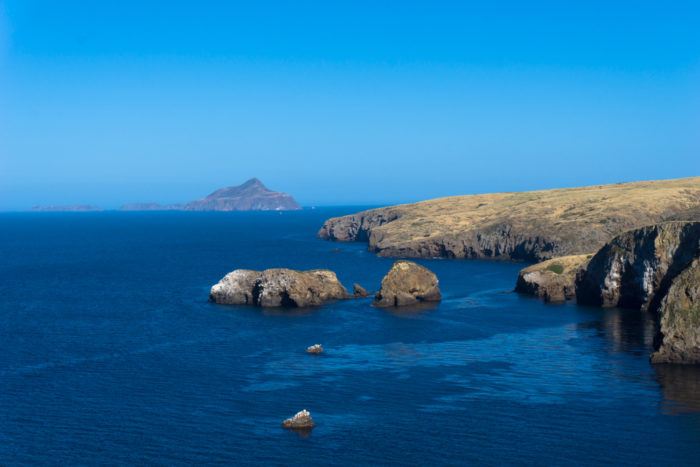 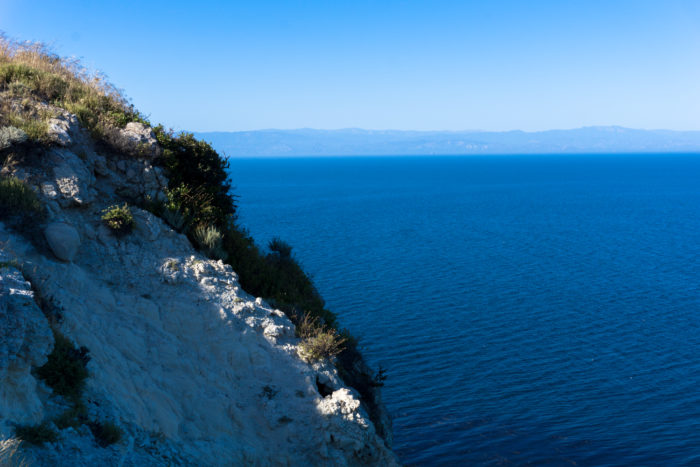 dudleya and buckwheat cling to the chalky cliffs

Once you hit the 0.35 mile mark, the trail reaches a bit of a plateau. There’s only a slight climb until you reach Cavern Point.

From this part of the trail, you’ll be able to see almost the entire coastline from Point Concepcion to Ventura — and if it’s clear you may be able to see the towering spine of Boney Ridge just inland from the mainland, too. Looking toward the interior of Santa Cruz Island, the terrain rolls along in a picture-perfect (mostly) unspoiled vision of coastal California. 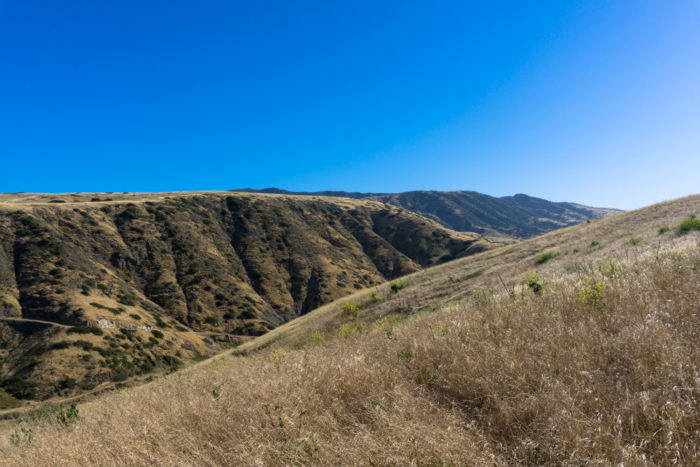 The Channel Islands are home to hundreds of endemic species of plants and animals, but the islands’ former ranching and military uses definitely left their scars. Invasive species had thrown most of the territory into imbalance, almost wiping out several species – including the ridiculously adorable Island fox. Although you will see some invasive ice plants on this part of the trail, you will also see numerous natives making a strong recovery with the help of the Park Service and several conservation groups that work on the islands. 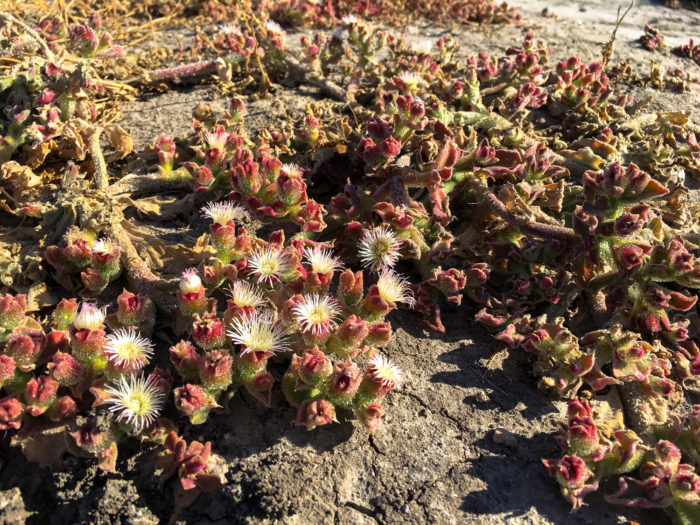 Lovers of the alien-looking dudleya species will have a blast exploring these islands, as the succulents tend to work their way into the most improbable places here. 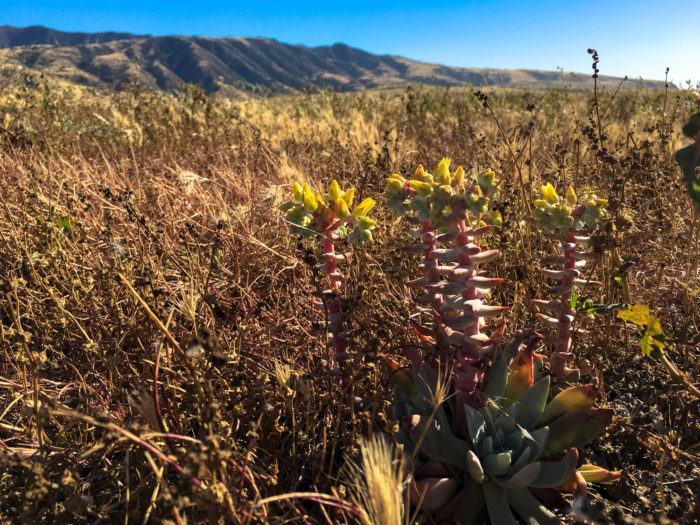 Keep on hiking westward, following the epic cliffside on the coast, and you’ll reach the Cavern Point at 0.8 mile. There’s a rocky outcropping here just above one of the island’s largest sea caves. Again, you won’t be able to see the cave itself from here, but with views like this I don’t think you’ll be complaining: 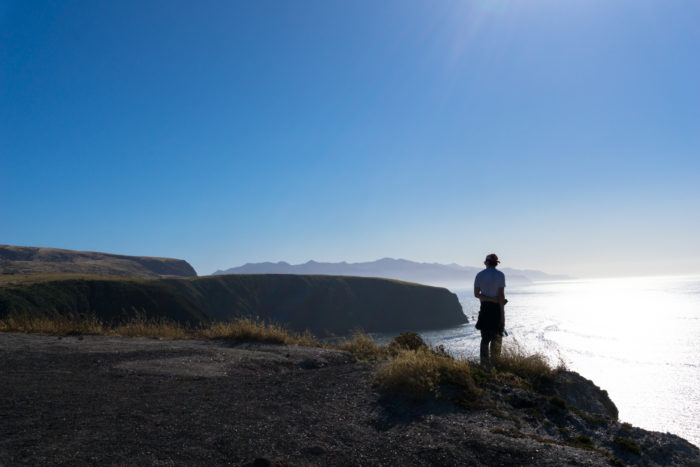 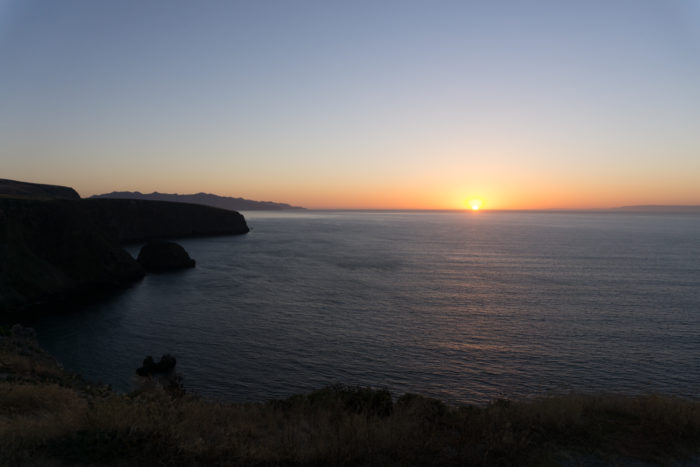 When you’re done soaking in these vistas, continue south through a field of giant coreopsis. At 0.8 mile, keep left to head toward the Campground on a rocky decline. Take care here, especially if you’ve trekked up for a sunset. You’ll reach the restrooms of the Scorpion Ranch Campground at 1.3 miles and you can return to your campsite or continue through the campground back to the trailhead. 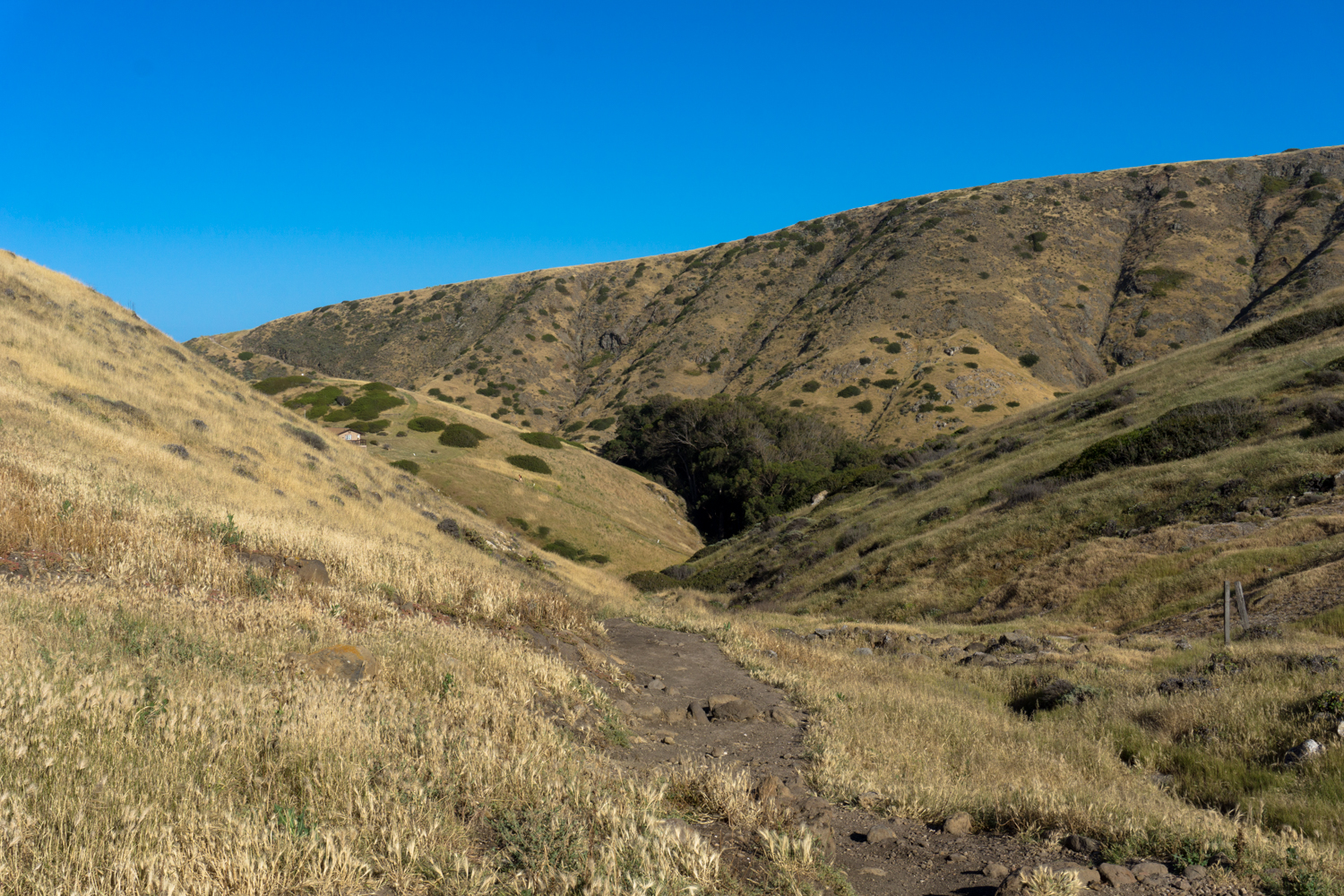 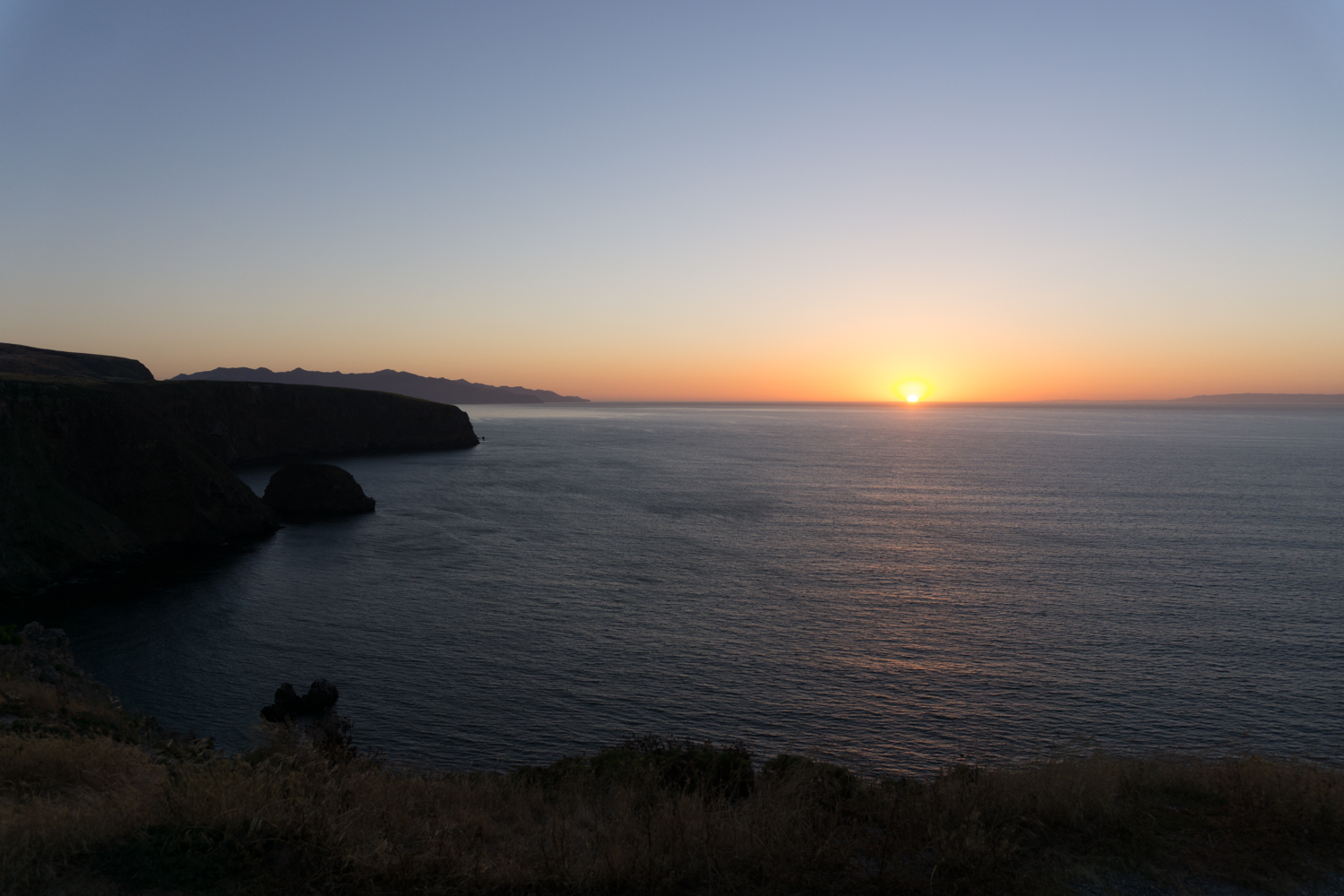 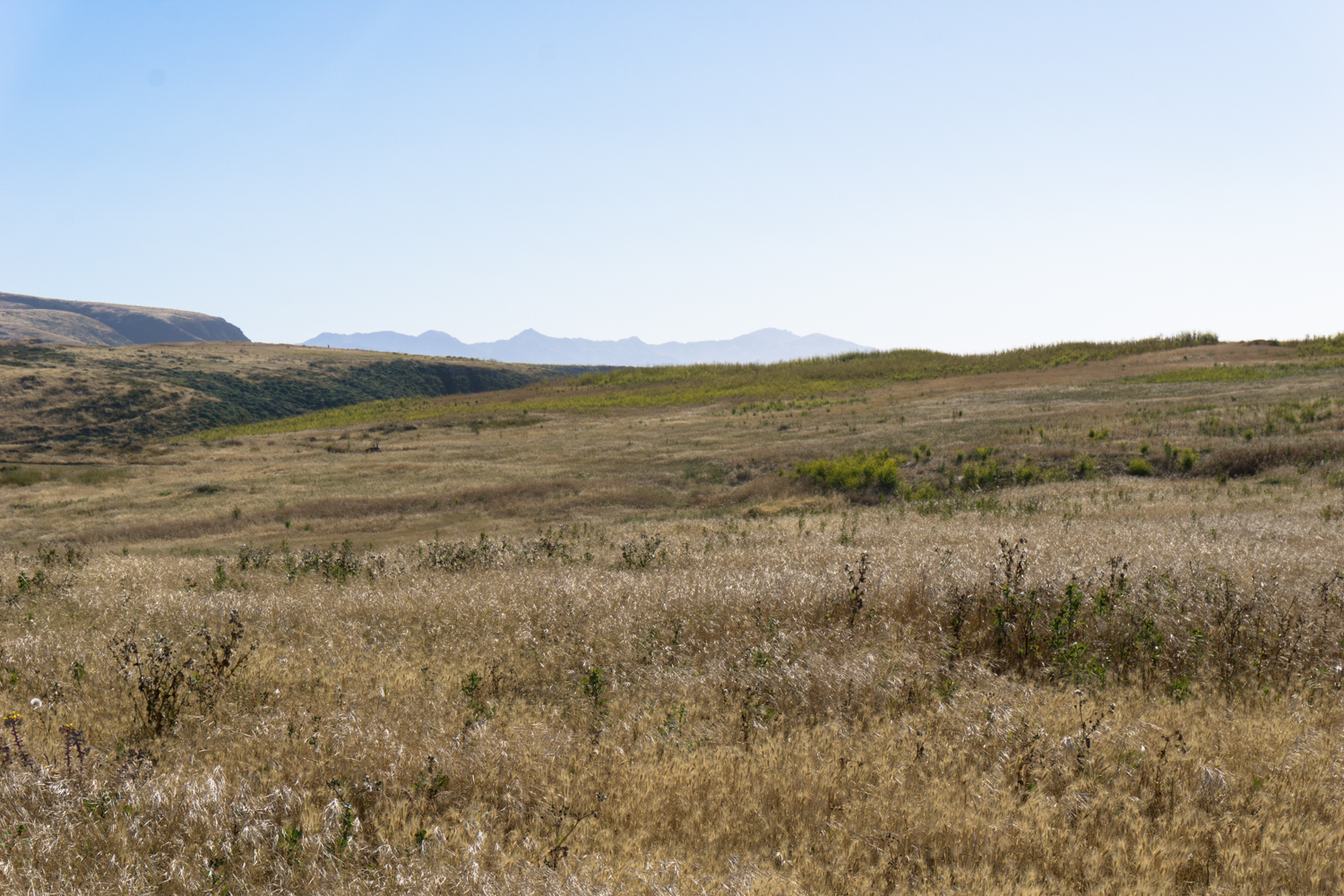 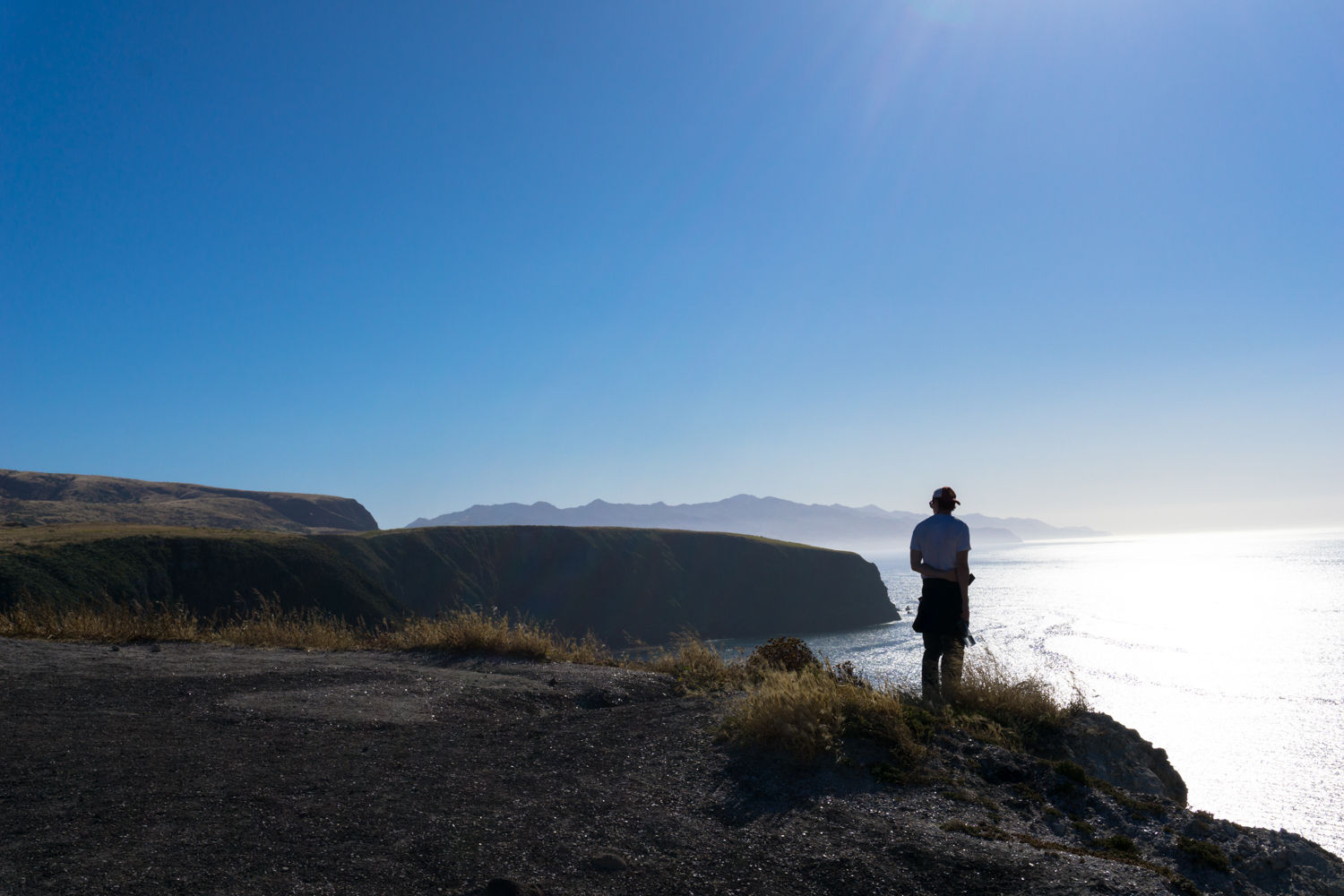 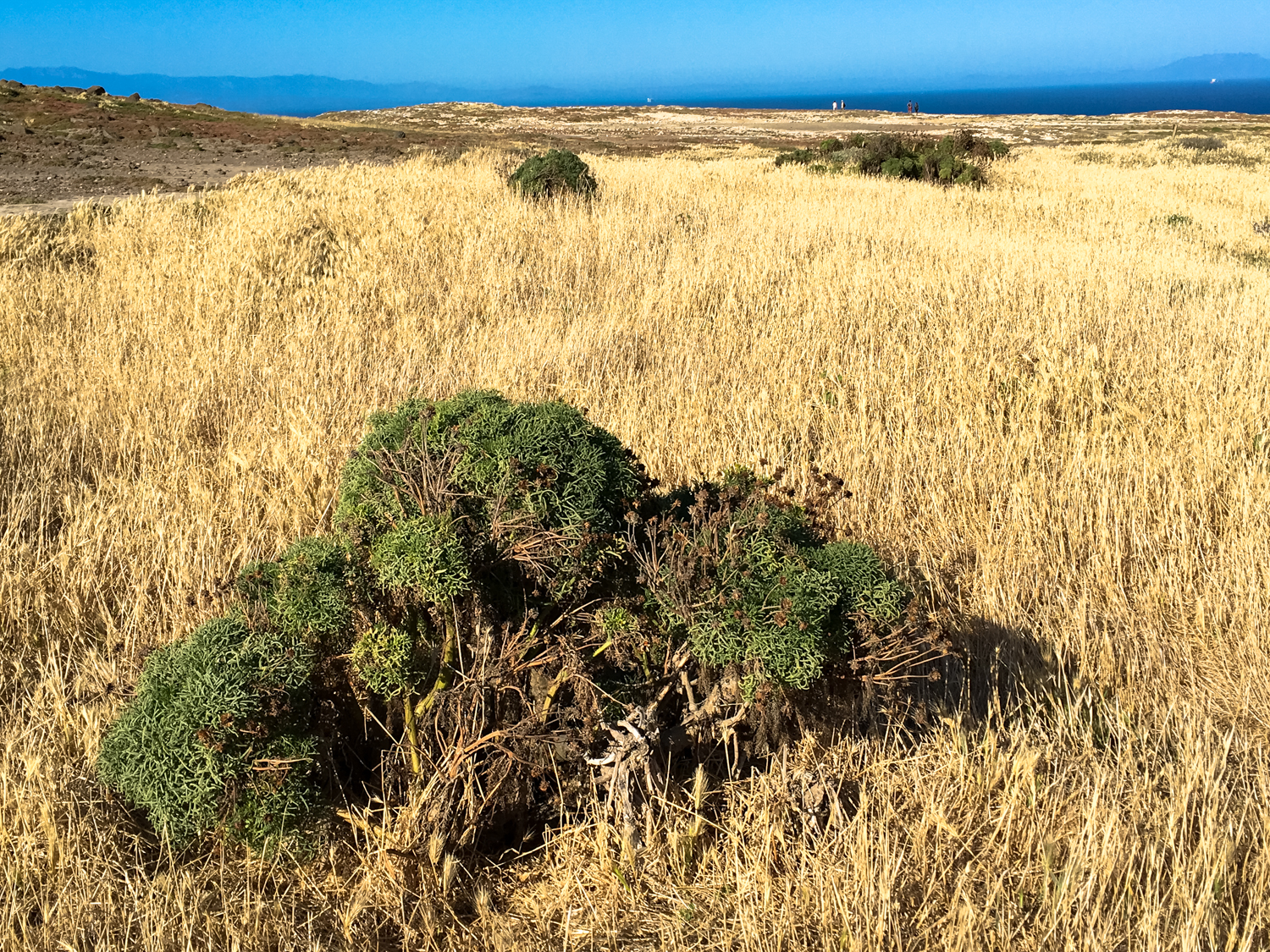 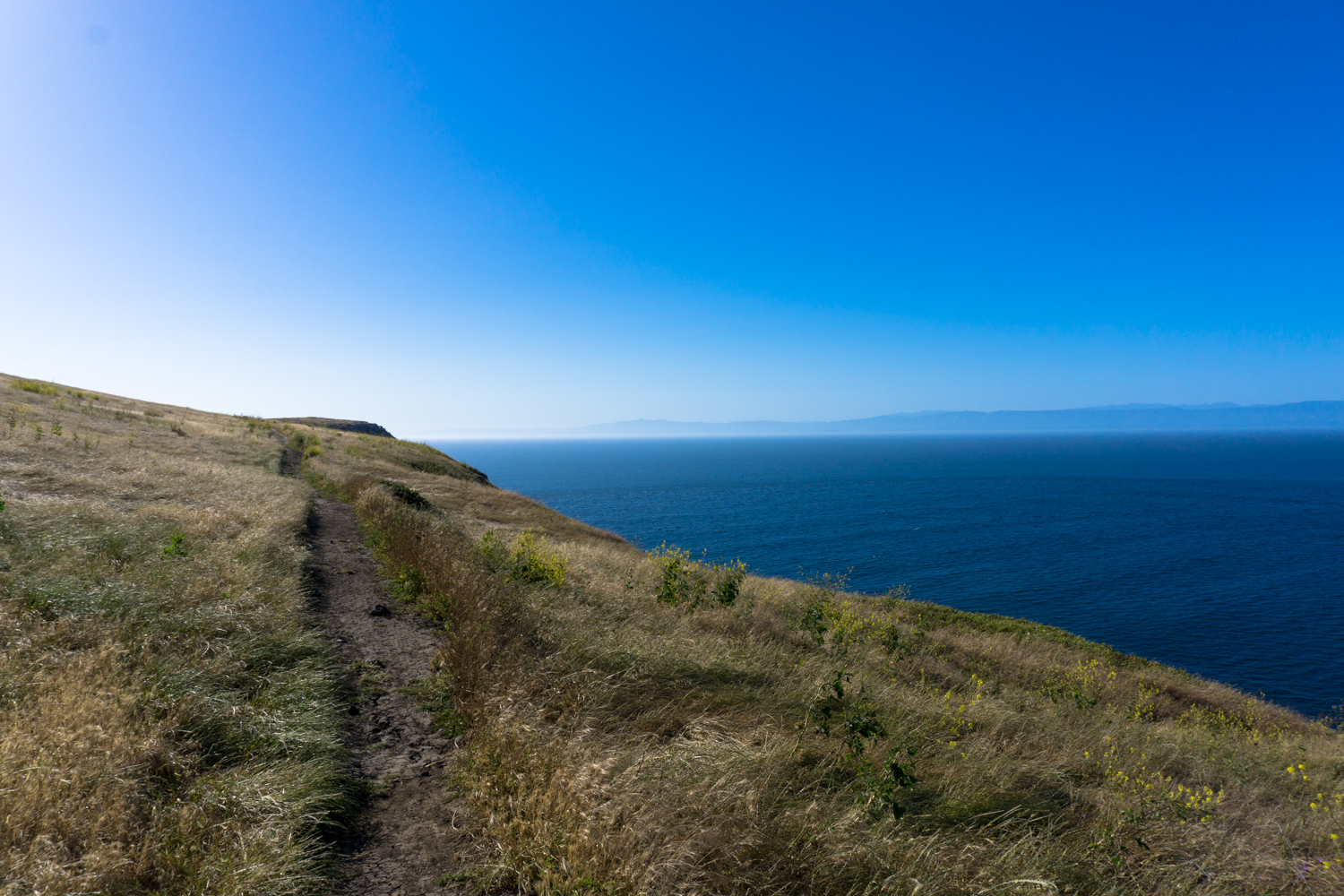 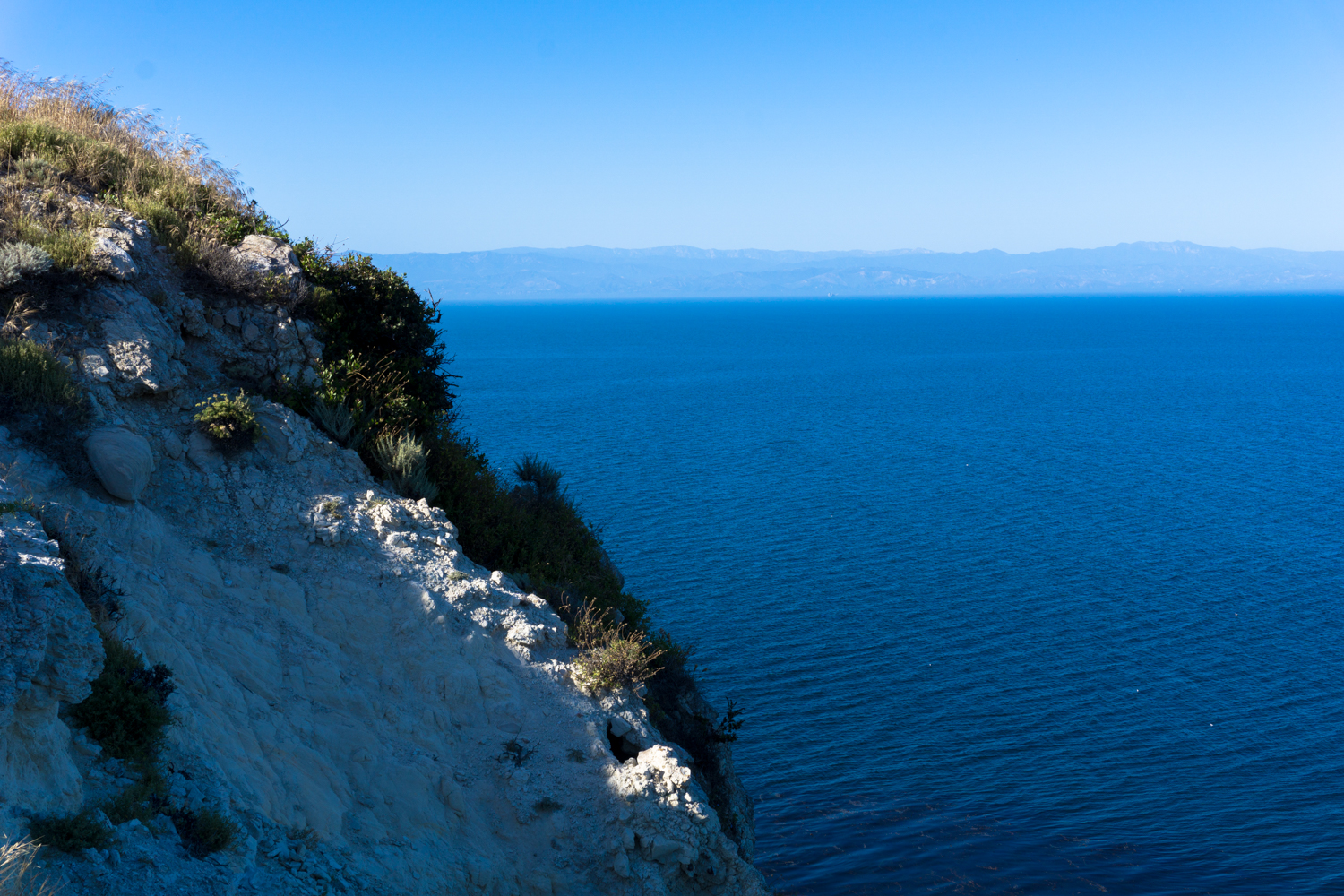 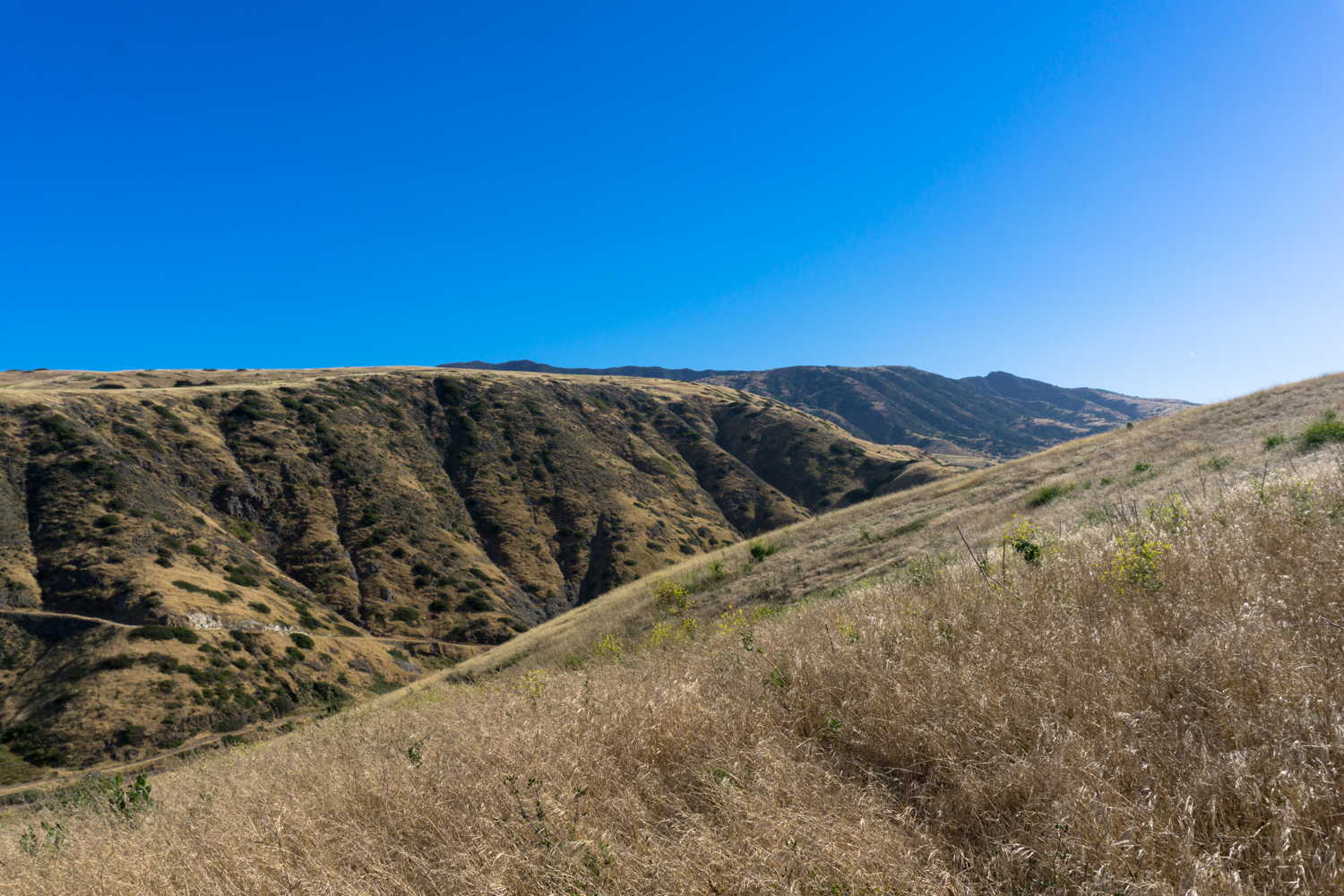 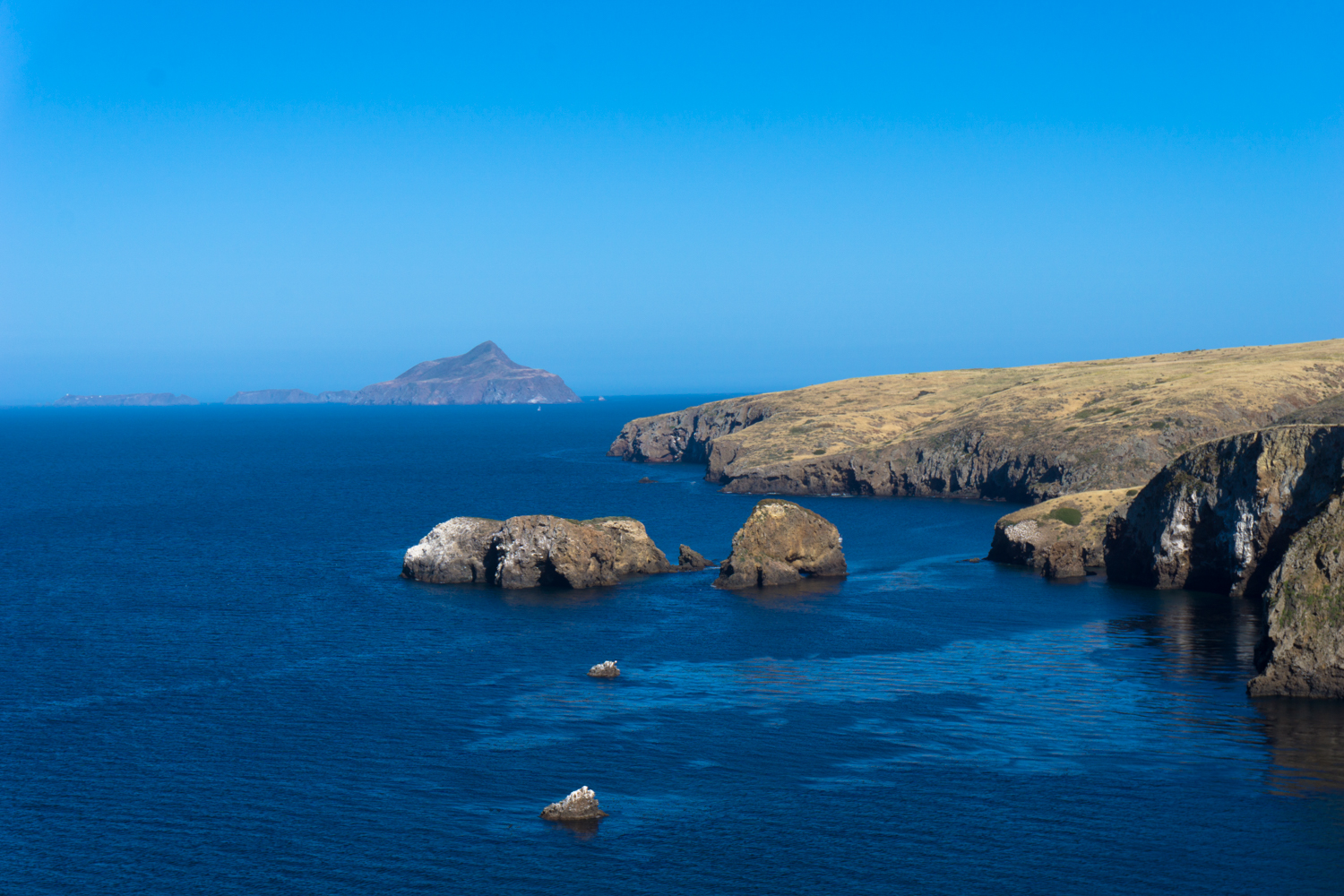 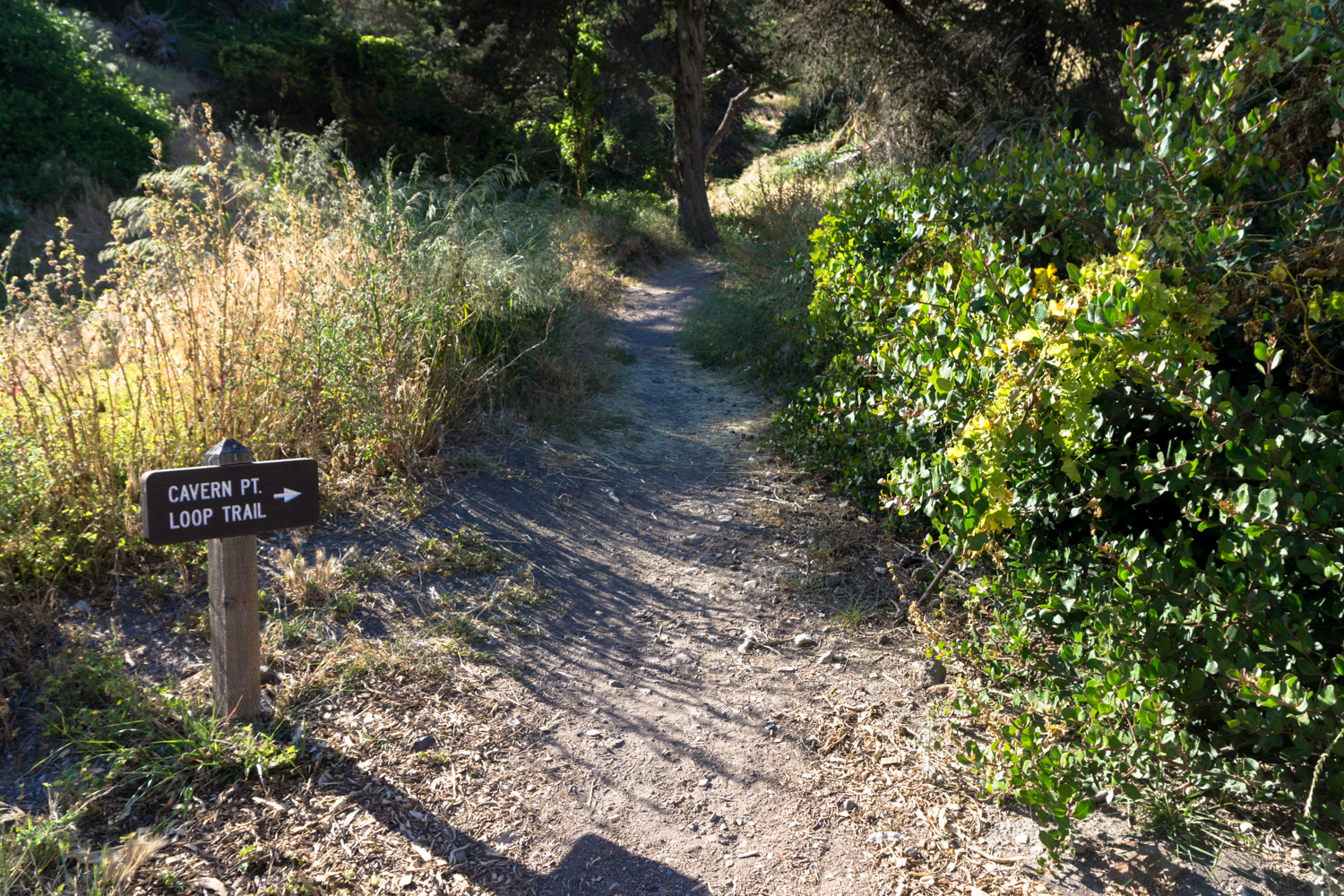 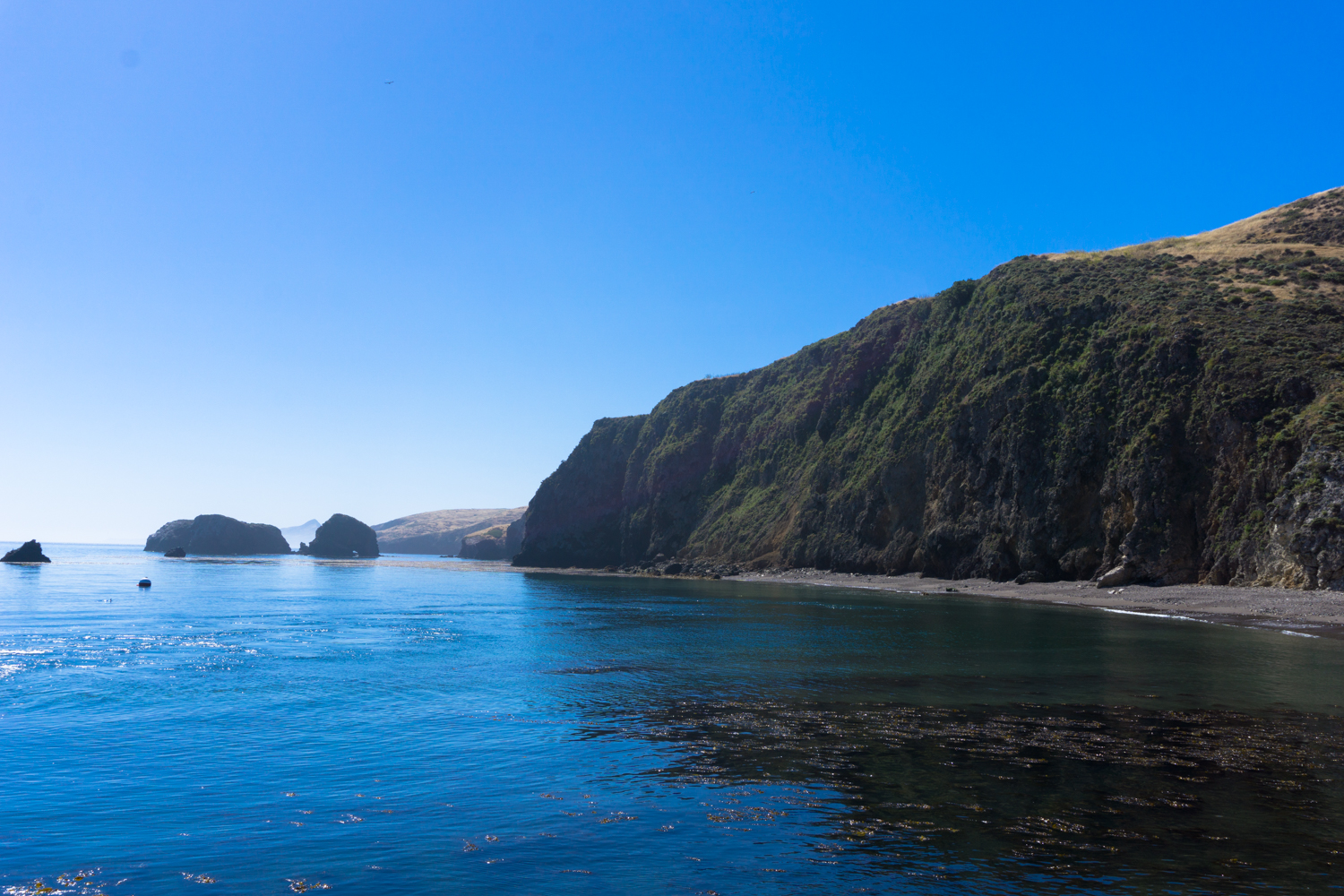 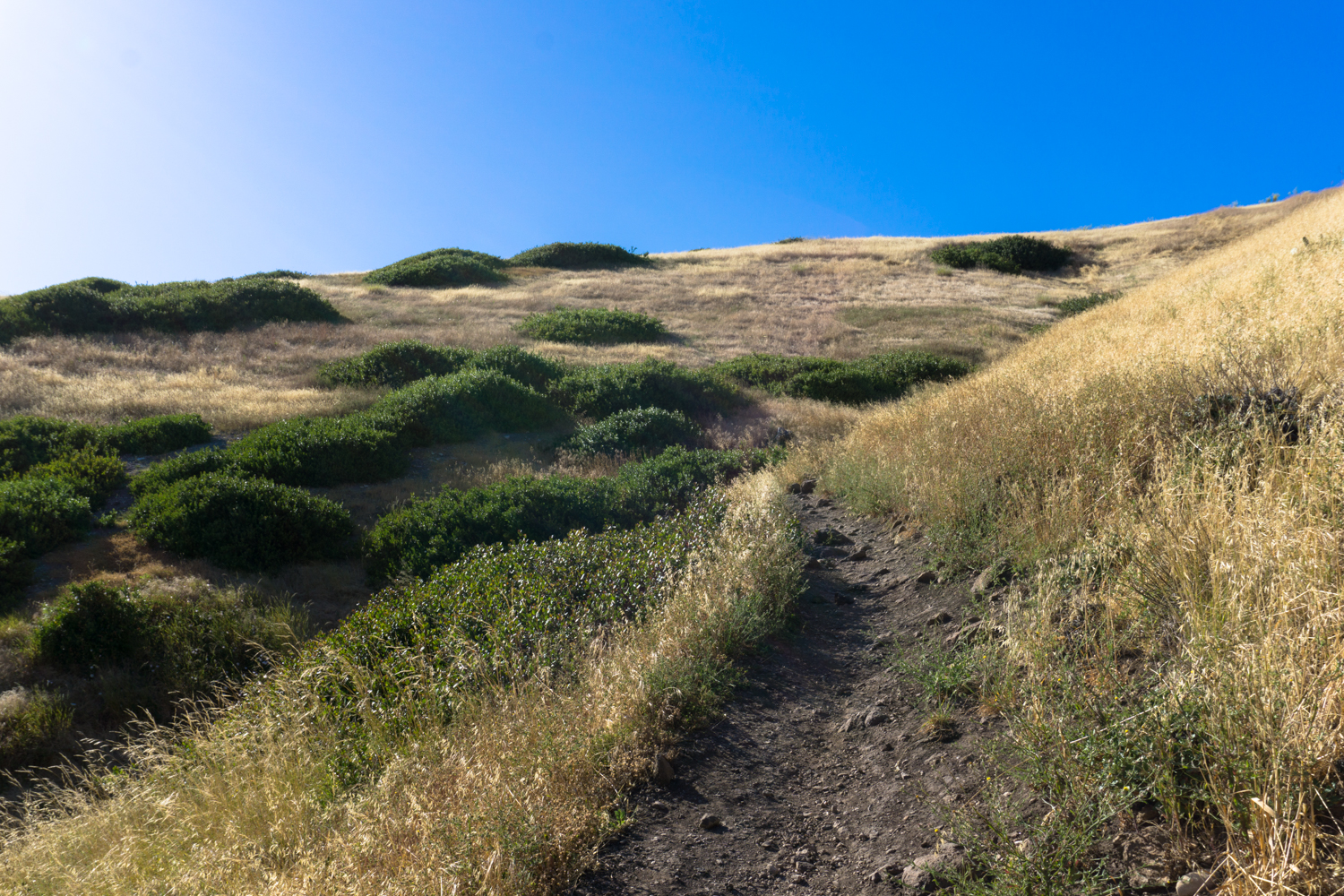 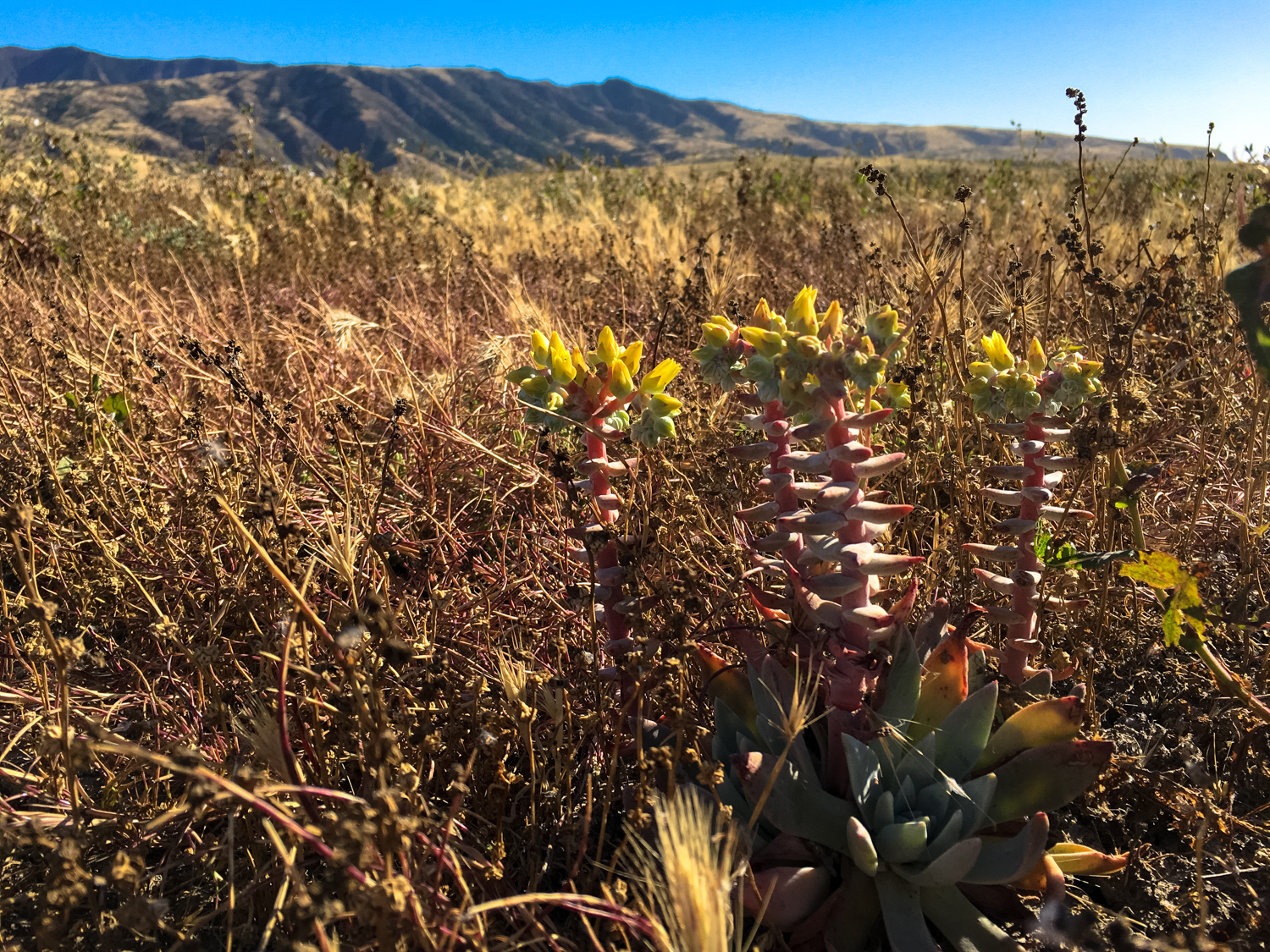 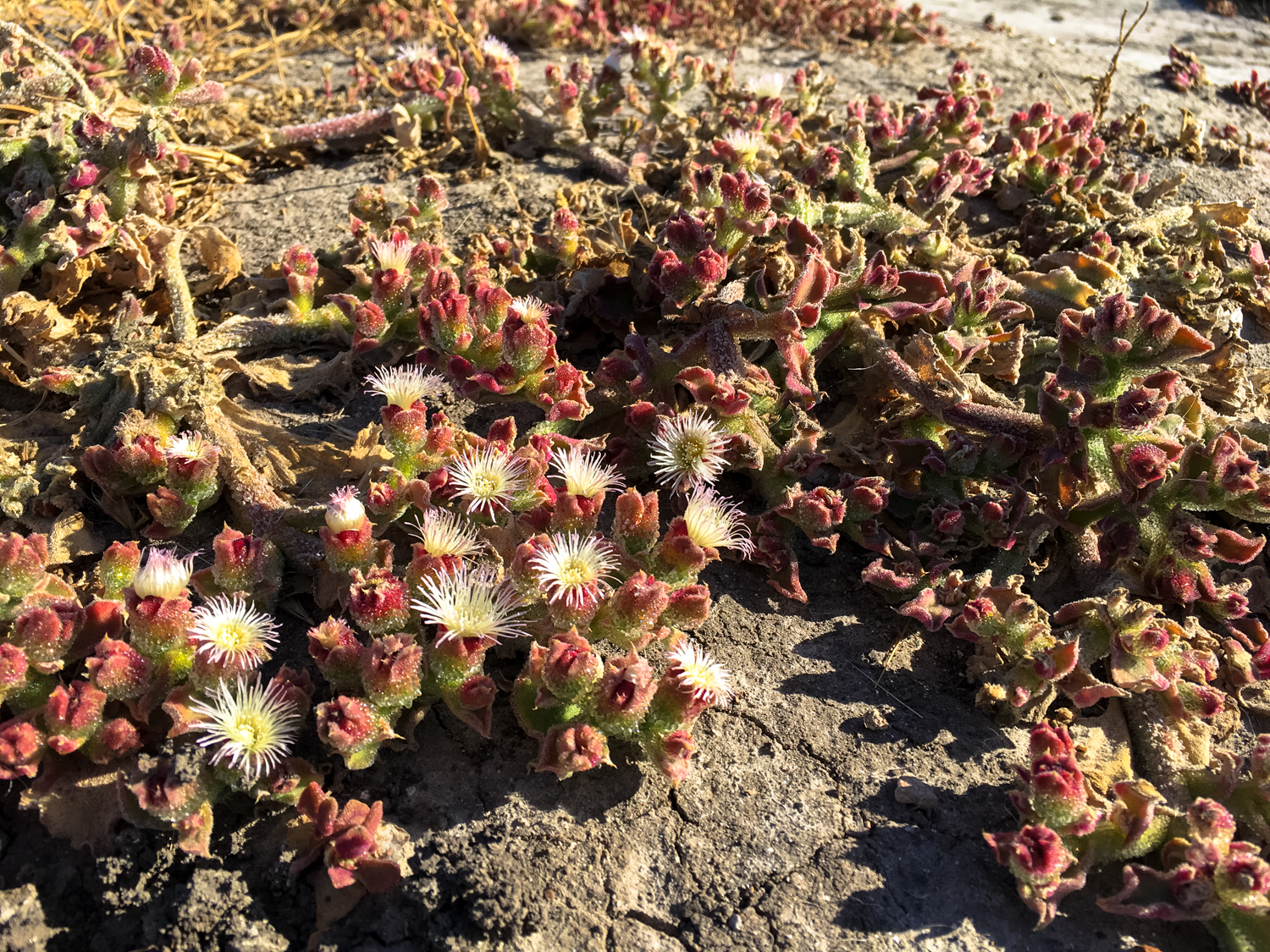 Very good. The trail is mostly well-maintained, although any trail on the Channel Islands that leaves the coast is going to have some decent elevation gain, this is doable for most hikers.

Scorpion Ranch is the largest and most accessible campground in Channel Islands National Park. Campsites are reservable (highly recommended), and Scorpion Ranch has pit toilets and potable water. All trash must be packed out and campers must use fox-boxes to store food -- the Island foxes and ravens can open tents here.

Mainland visitors who don't have their own boats to take them to Scorpion Anchorage must use Island Packers in Ventura to ferry across the channel. From the landing, follow the short trail toward the campground and ranger station to the start of the Cavern Point Trail.