This short loop and additional out-and-back spur trail exploring Big Stump Basin offers a lesson in the brief, but destructive sequoia timber boom as well as a sequoia grove’s remarkable ability for renewal and regrowth. A trio of emerald green meadows set the backdrop for several notable stumps, historic sites, and other curiosities, as well as fine destinations for casual explorations in the Grant Grove area. 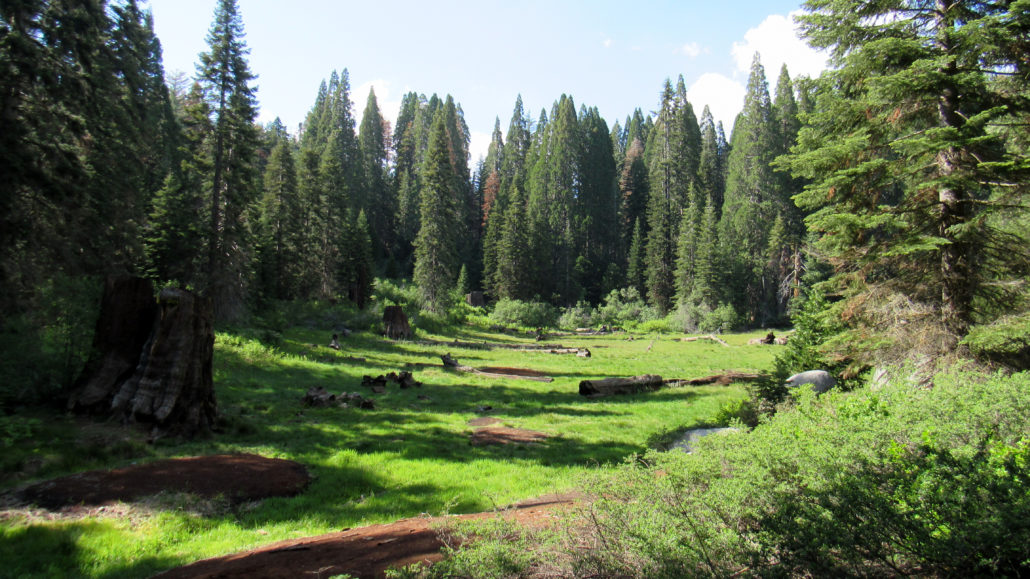 The numerous “big stumps” you will witness in your explorations are the legacy of several decades of rampant timber exploitation that occurred throughout the groves in the upper reaches of the Kings River basin. Unlike the then-rugged and remote Giant Forest in Sequoia National Park, the groves surrounding today’s Grant Grove Village were easy targets for Bay Area lumber barons thanks to the dense, magnificent forests and the ease of access from the Central Valley. While Giant Forest was never logged, most of the sequoia groves outside of Grant Grove and North Grove fell victim to axes, saws, and a convoluted downhill transportation system before a lack of commercial success allowed conservation to gain the upper hand. 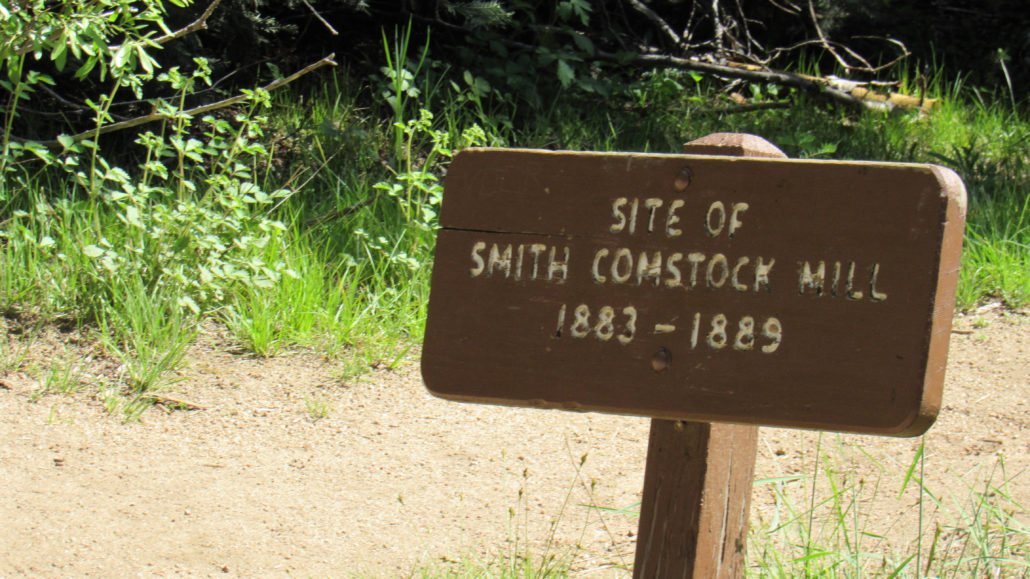 Between 1883 and 1889, the Smith-Comstock Mill, located on the eastern edge of the basin’s largest meadow, engaged in efforts to log the grove. Several curiosities along the way offer a peek into the operating methods of sequoia logging. Given that sequoia trees are so exceptionally large, they tend to shatter upon impact with the earth, which tended to reduce the amount of usable timber from a fallen sequoia to about 25%. You can view an example of a shattered tree on the west end of the meadow. 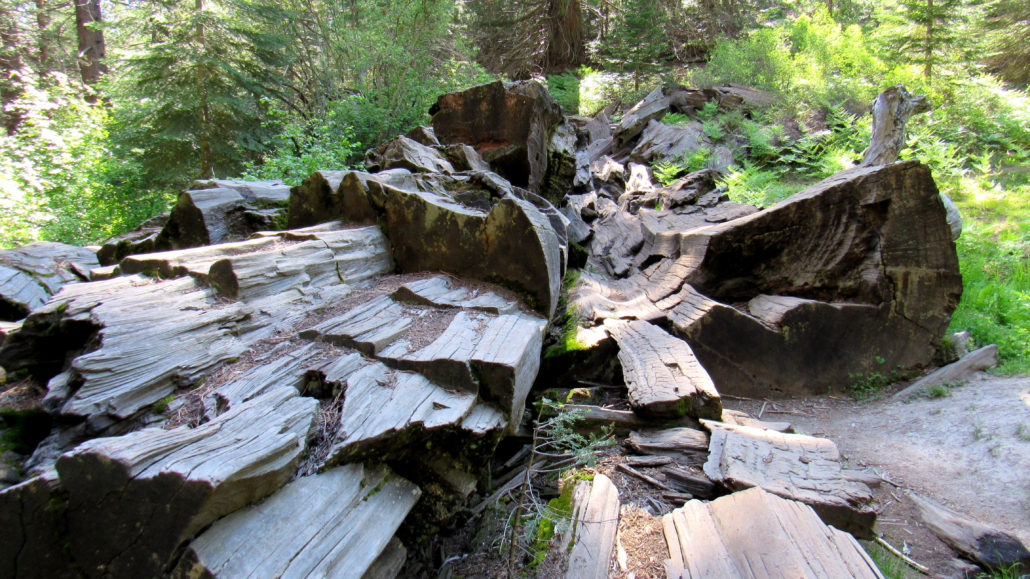 To counteract this tendency to shatter, loggers created “feather beds,” wherein they would dig a deep trench in the place where they anticipated a logged sequoia would land. They would fill the trench with smaller branches, boughs, and softer vegetation in order to cushion the impact of a toppled sequoia. You can also view a set of somewhat difficult to discern feather beds on the south side of the meadow. 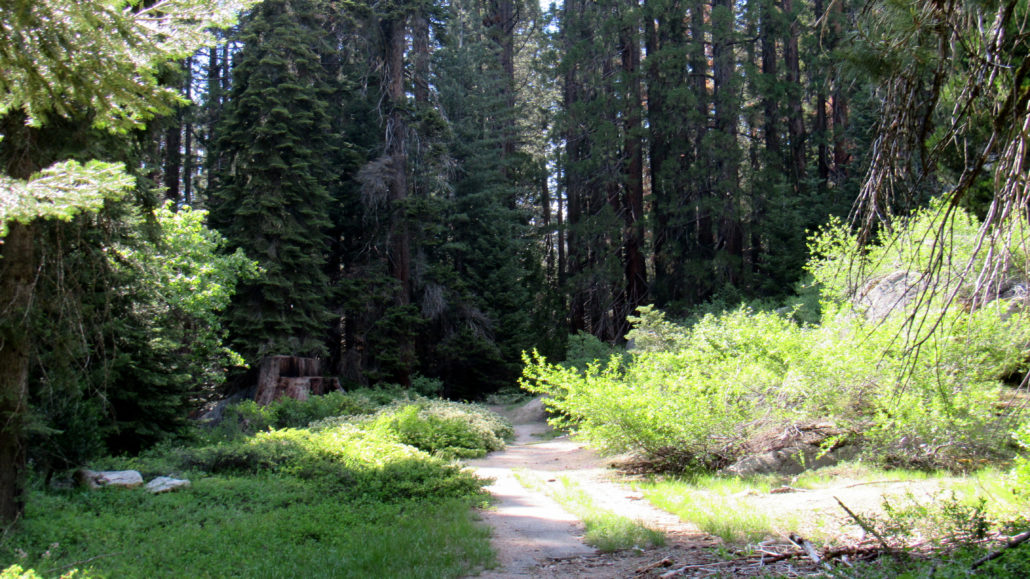 Two other logged sequoia curiosities lies along the route. On the north edge of a meadow abutting Highway 180 just west of the Big Stump Entrance, you will the vast stump of the Mark Twain Tree. Unlike the logged sequoias in the grove, the Twain tree fell for exhibition purposes. Cross sections of the trees were sent to New York and London (the London section remains on exhibition at the British Museum). The large stump is big enough to hold several picnickers, and you can follow a wooden staircase up to the top. Sadly, the remainder of the tree was cut up for grapevine stakes. 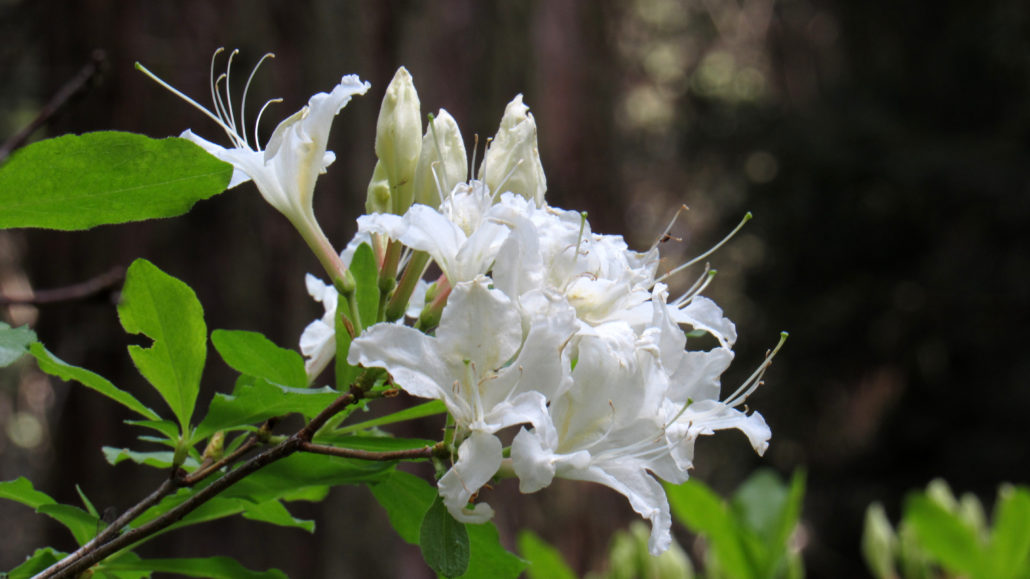 The Sawed Tree on the east side of Highway 180 suffered a different fate. Loggers attempted to saw through the tree and only made it halfway through before throwing in the towel when the tough, resilient tree refused to fall. Despite the deep cut, the tree survived and remains standing today. 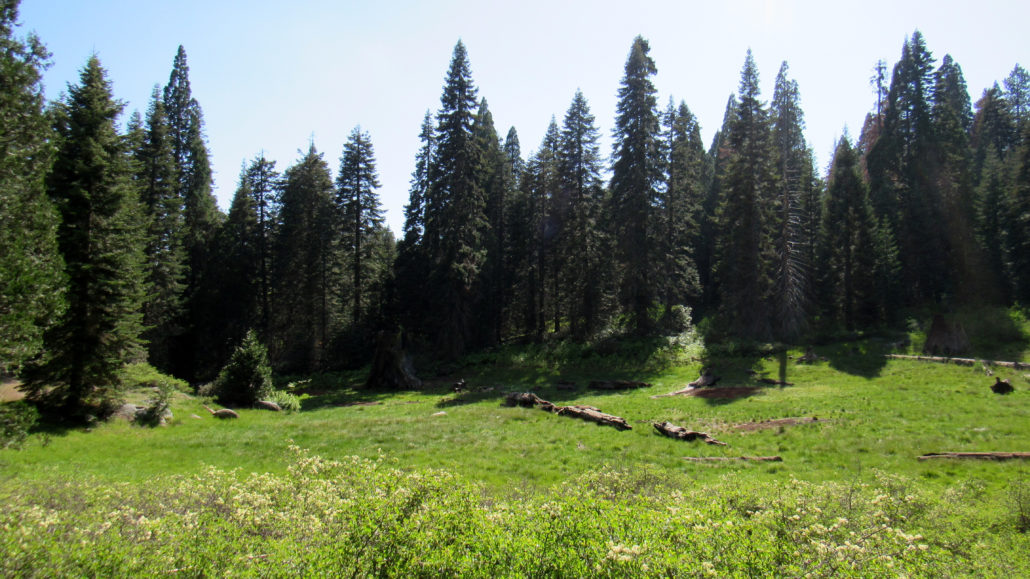 After reading all about the various monuments to a more destructive time, you may be wondering why you would want to hike through destruction and monuments to 19th Century myopia.  Beyond the curiosities, the real attraction in the basin is the natural beauty and the resilience of the giant sequoia. According to research surveying the recovery of logged groves, the density of sequoias in the Big Stump Basin actually increased by 150% over its baseline 70 years from the time of peak logging to 1968. Today, many tall adolescent sequoias ring  a series of lush meadows, offering a glimpse into the grove’s future. The meadows themselves resonate with birdsong and glimmer under resplendent Sierra sunshine. Even if the sight of massive sequoia stumps breaks your heart, the rapid recovery of the grove may give you hope. 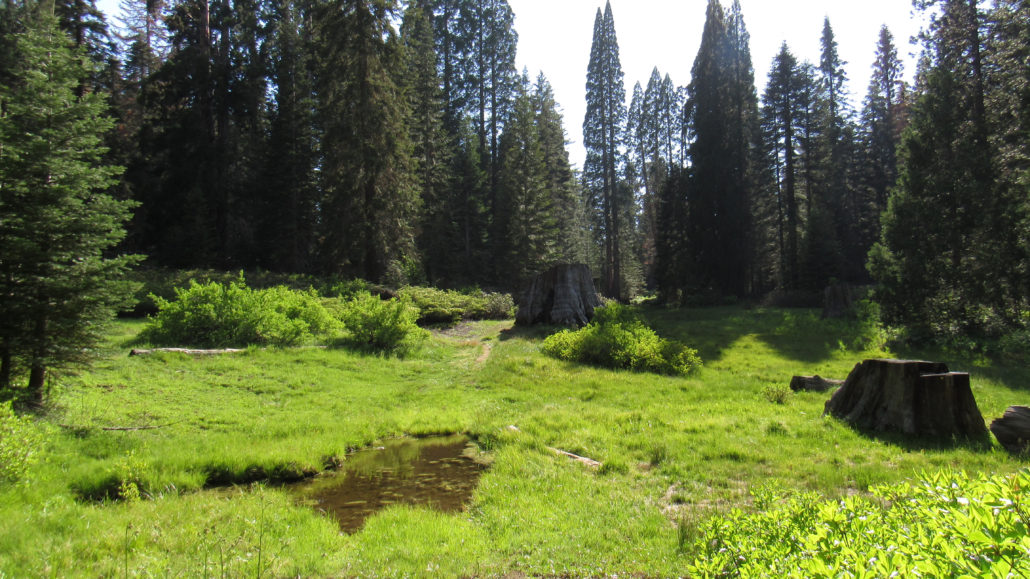 One side trip you may wish to consider from Big Stump Basin includes a short out-and-back walk northwest from the parking and picnic area to Hitchcock meadow. A tributary to Sequoia Creek feeds this meadow, creating a lush blanket of vegetation rimmed by adolescent sequoias. The path between the meadow and the parking area comes alive with thickets of fragrant Western azalea. This is a fine side-trip if time and energy permit. 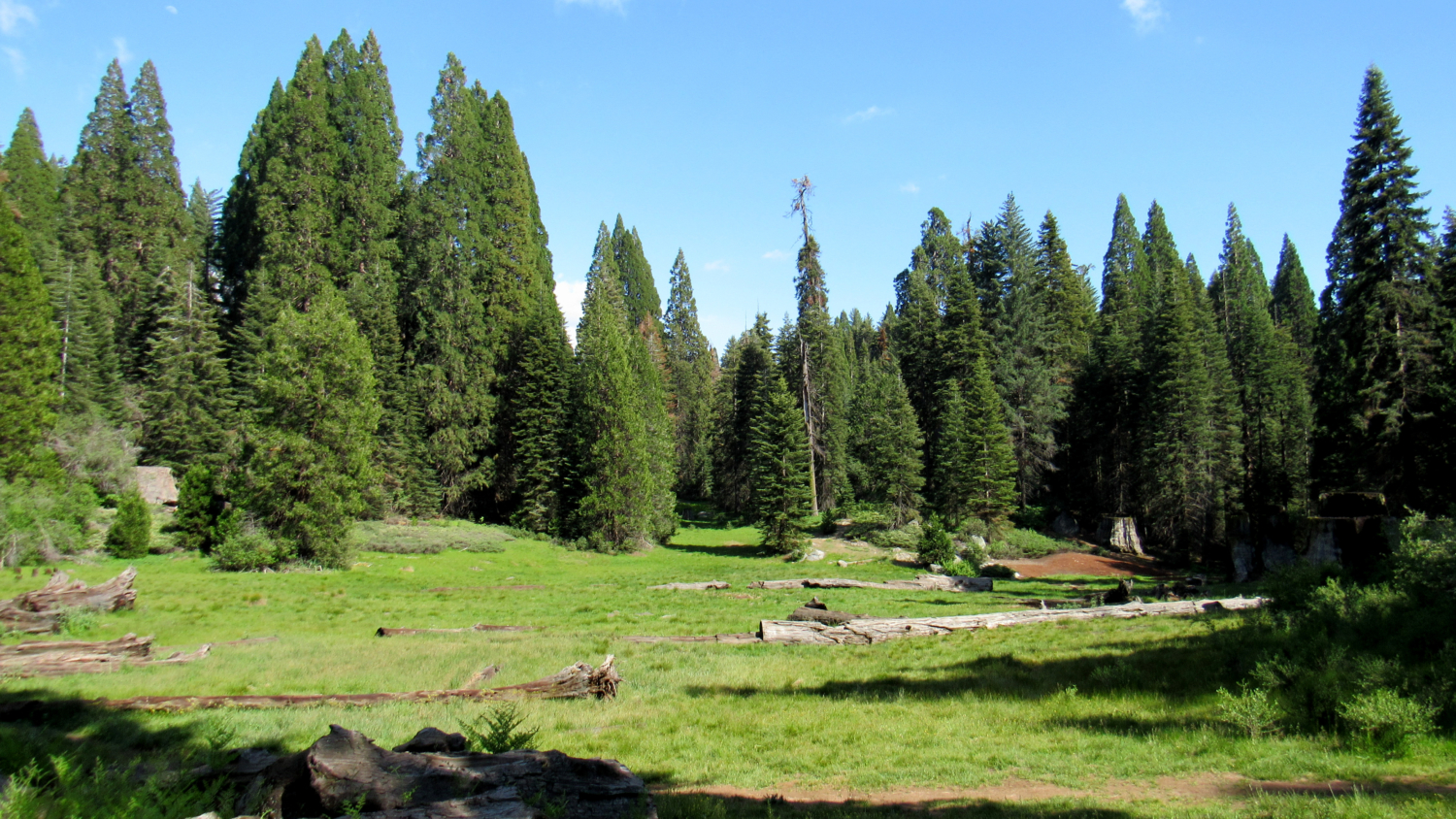 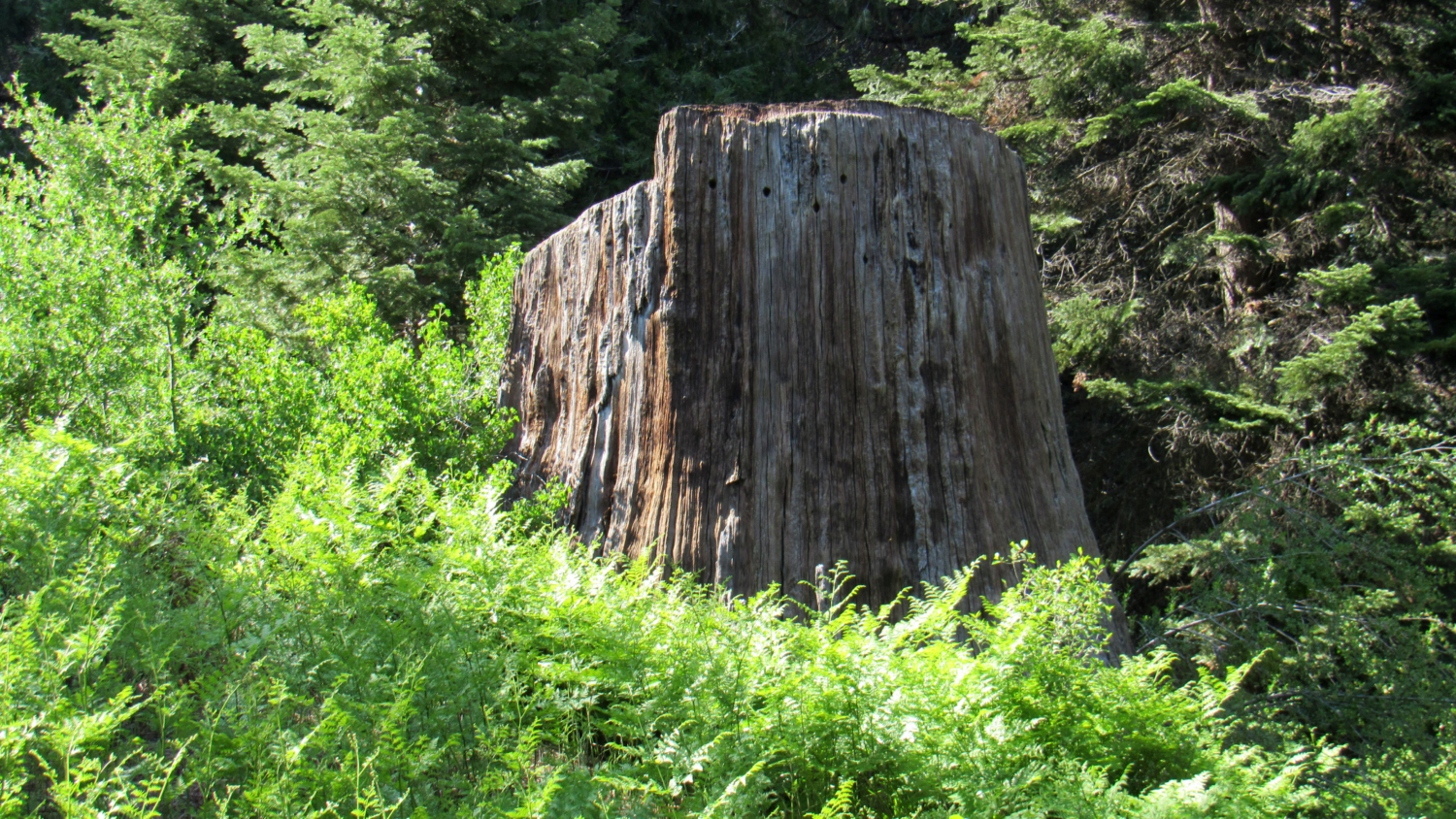 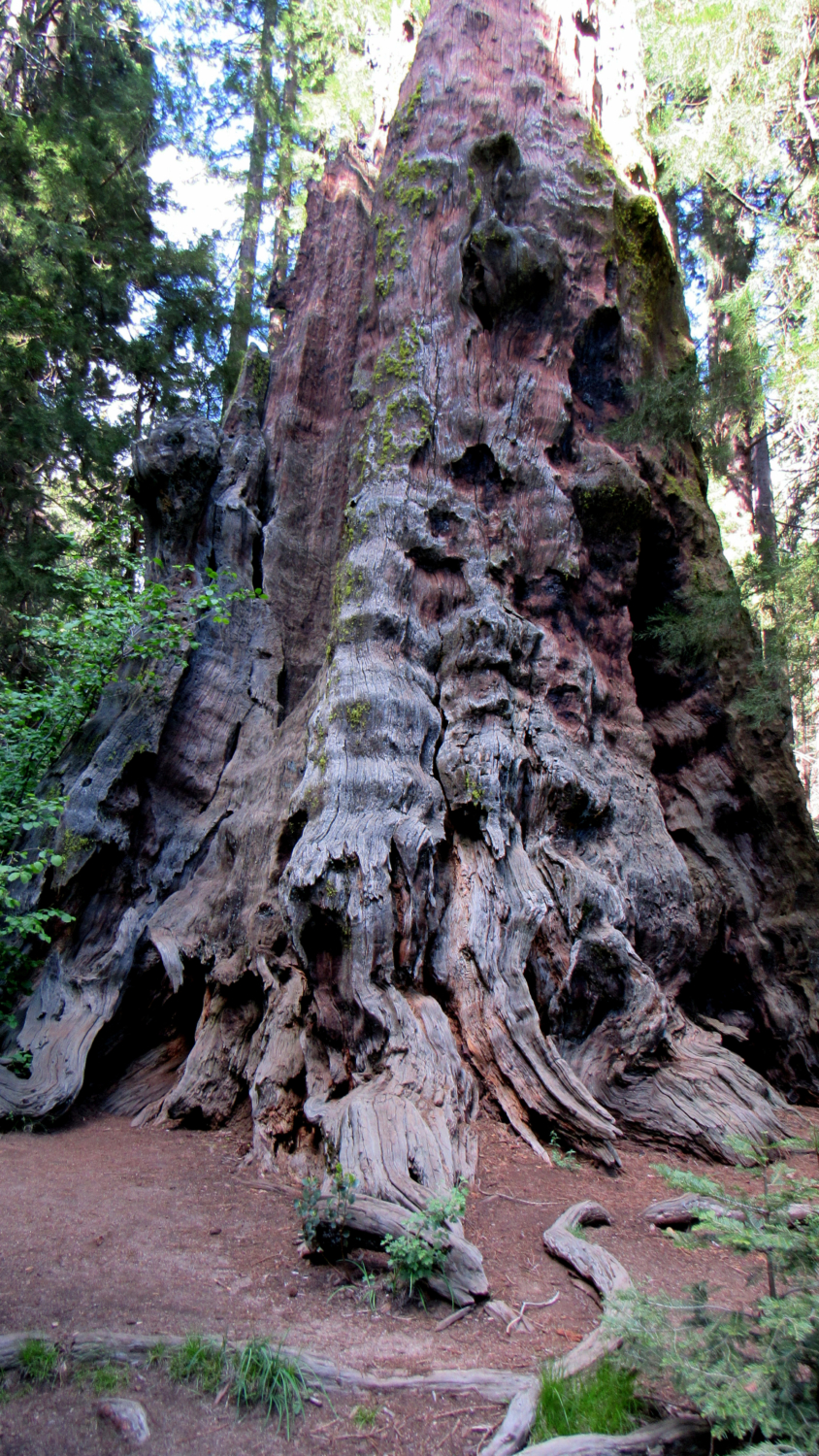 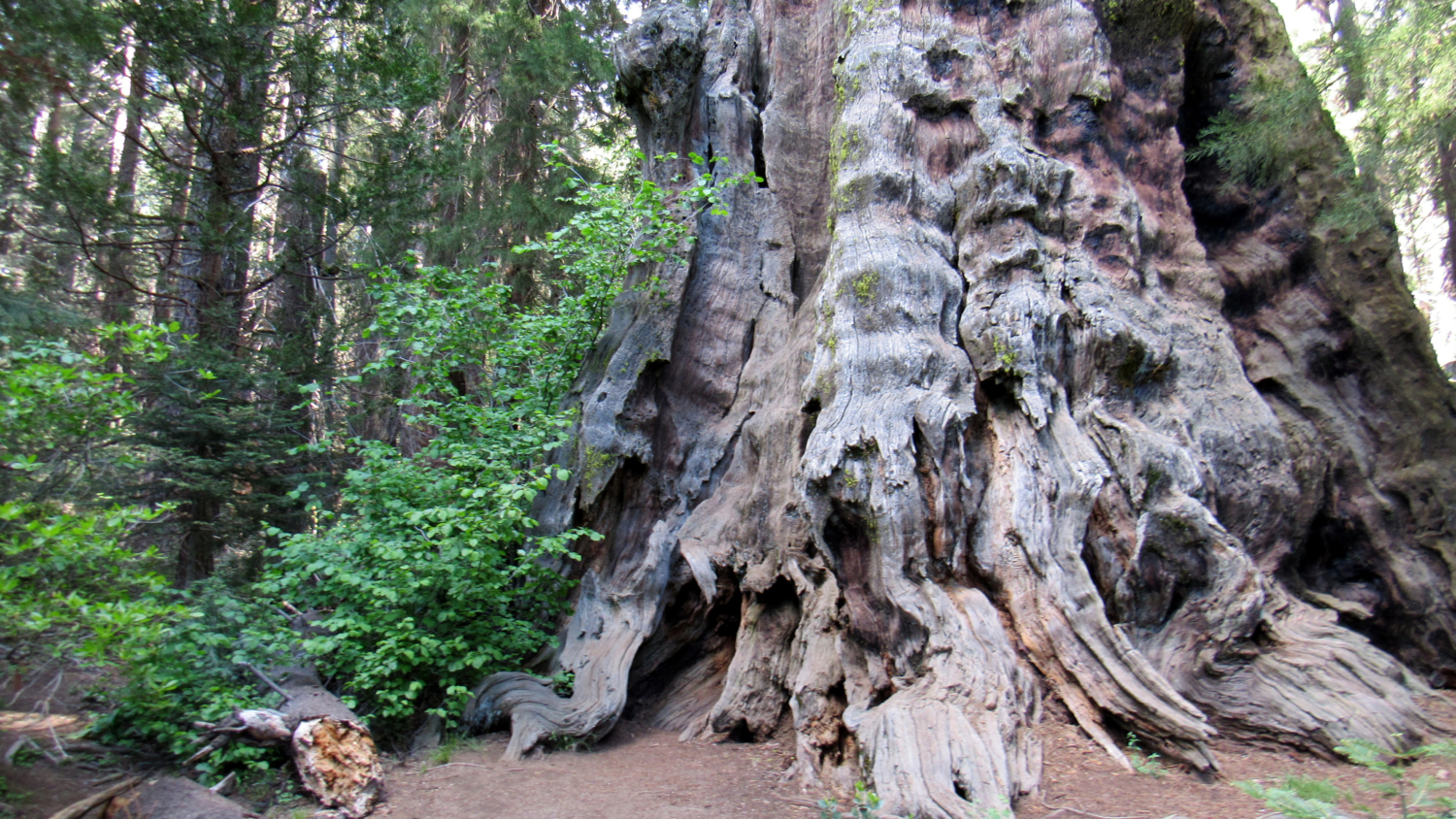 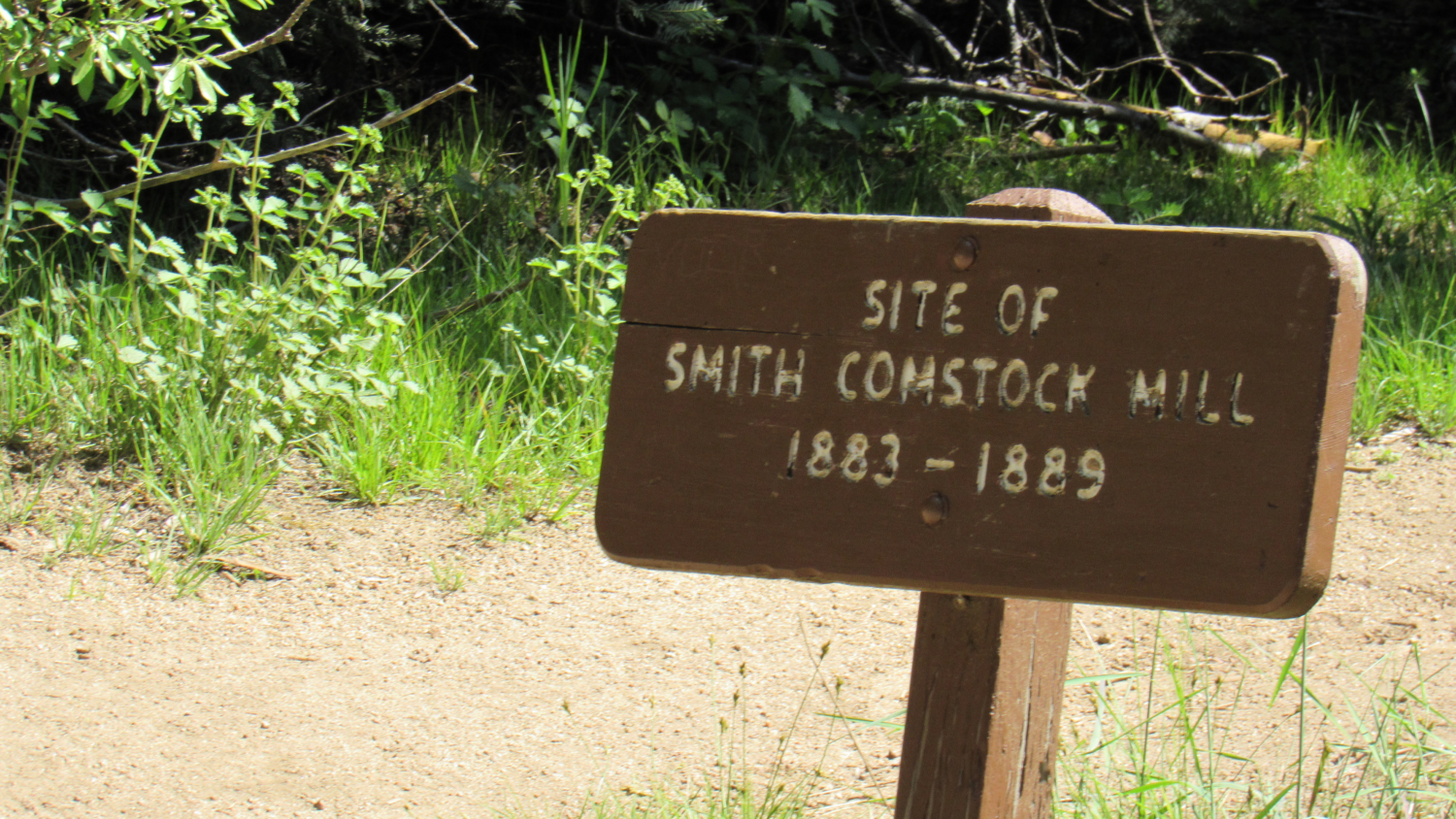 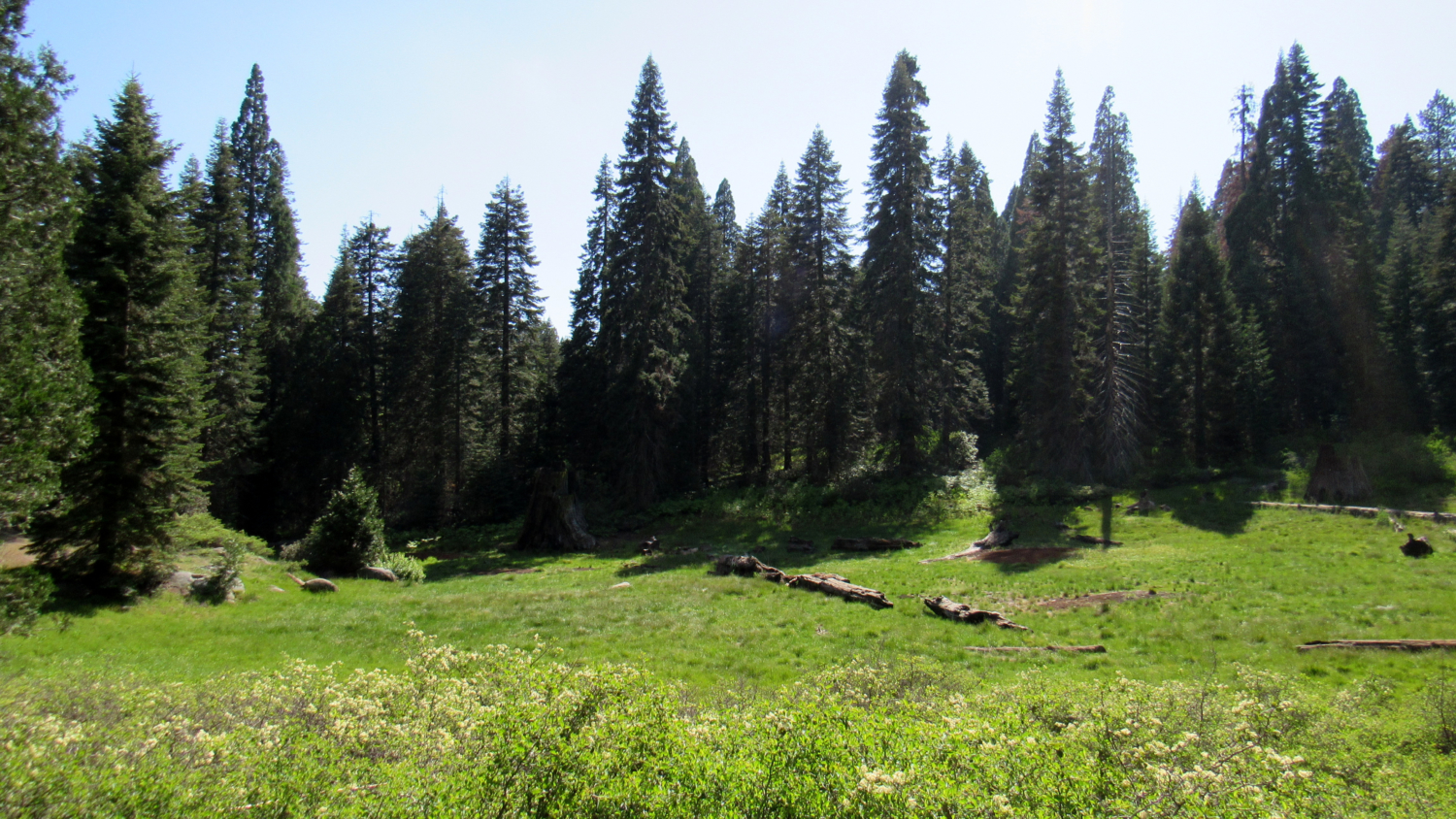 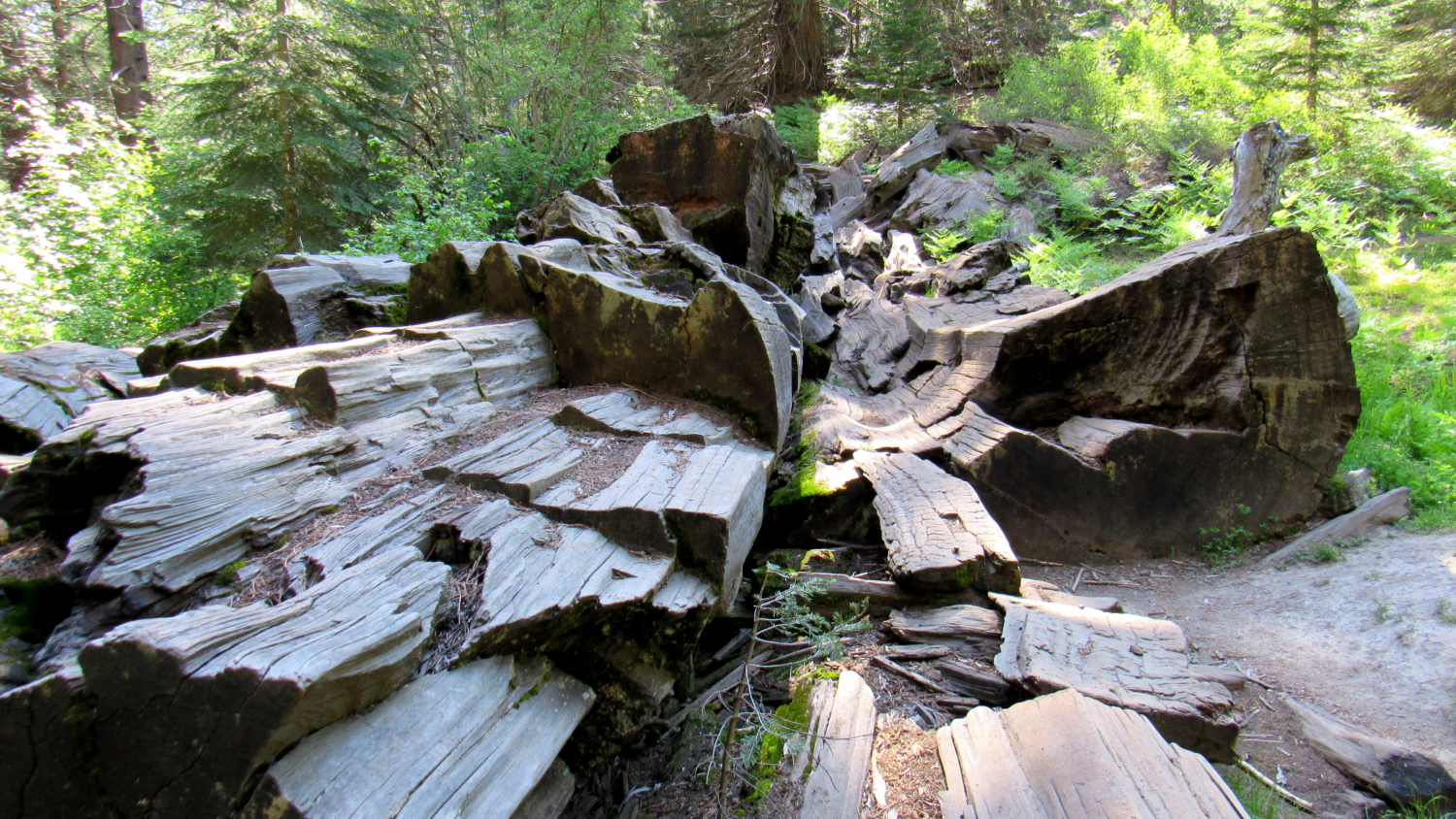 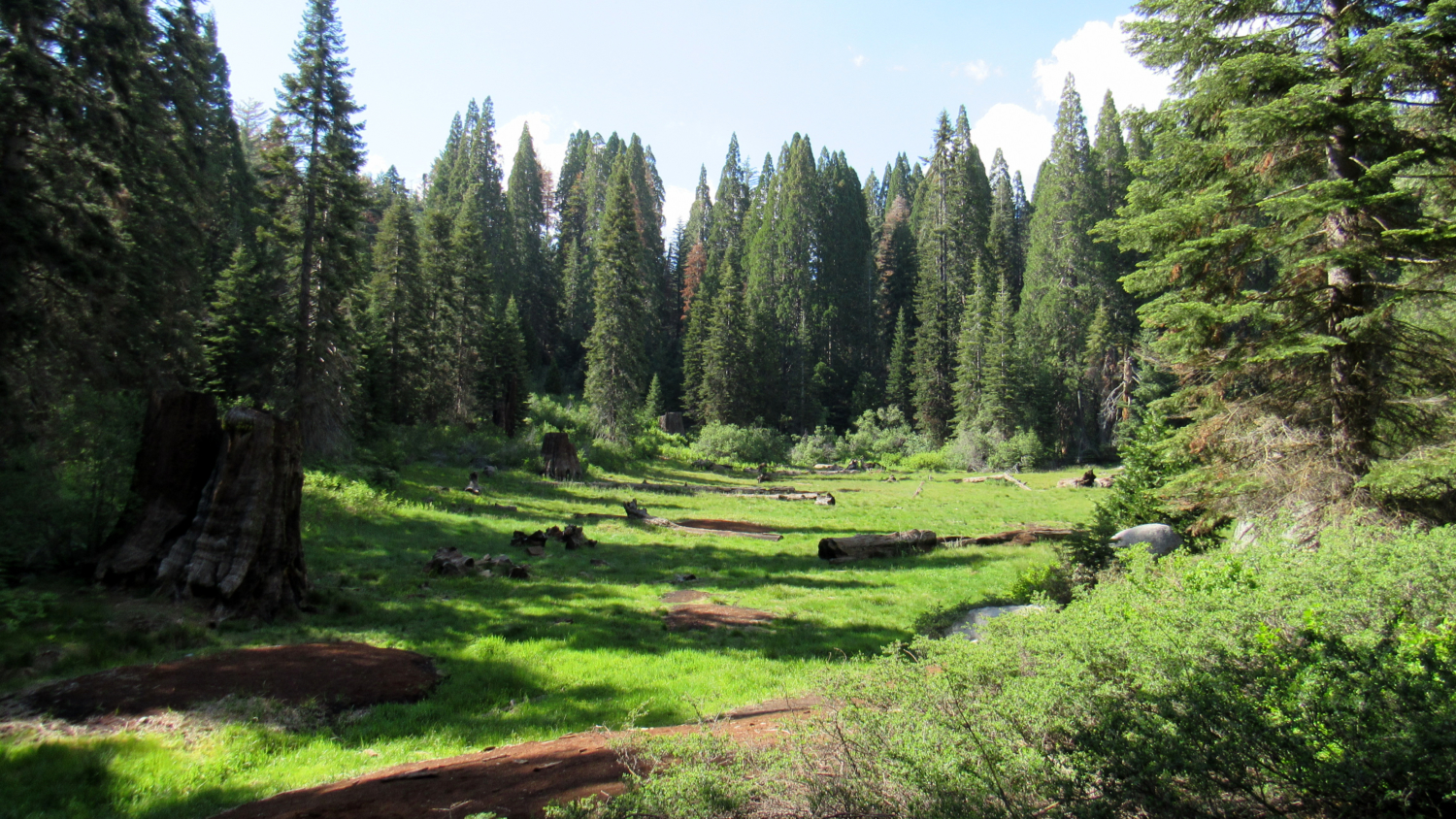 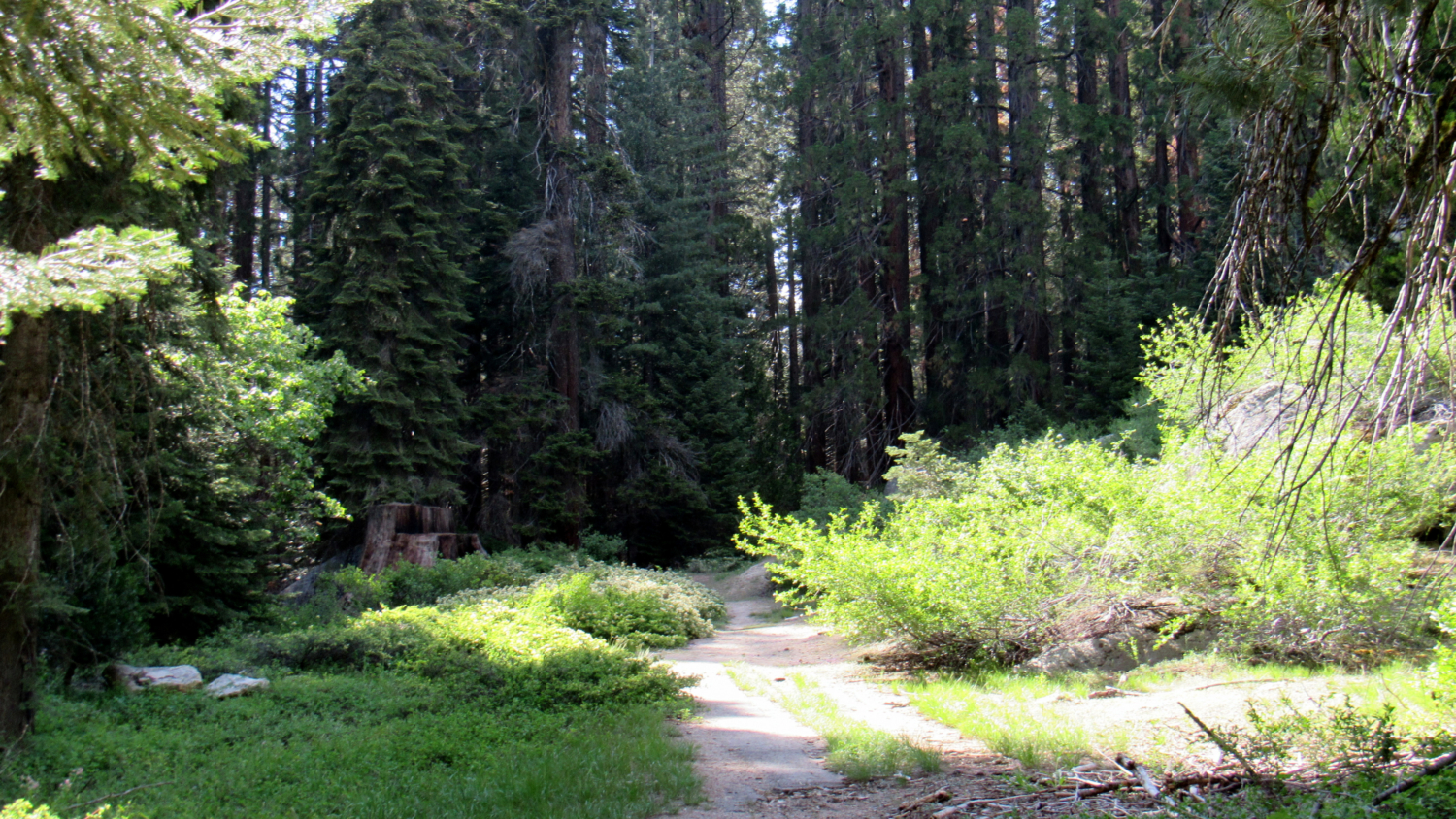 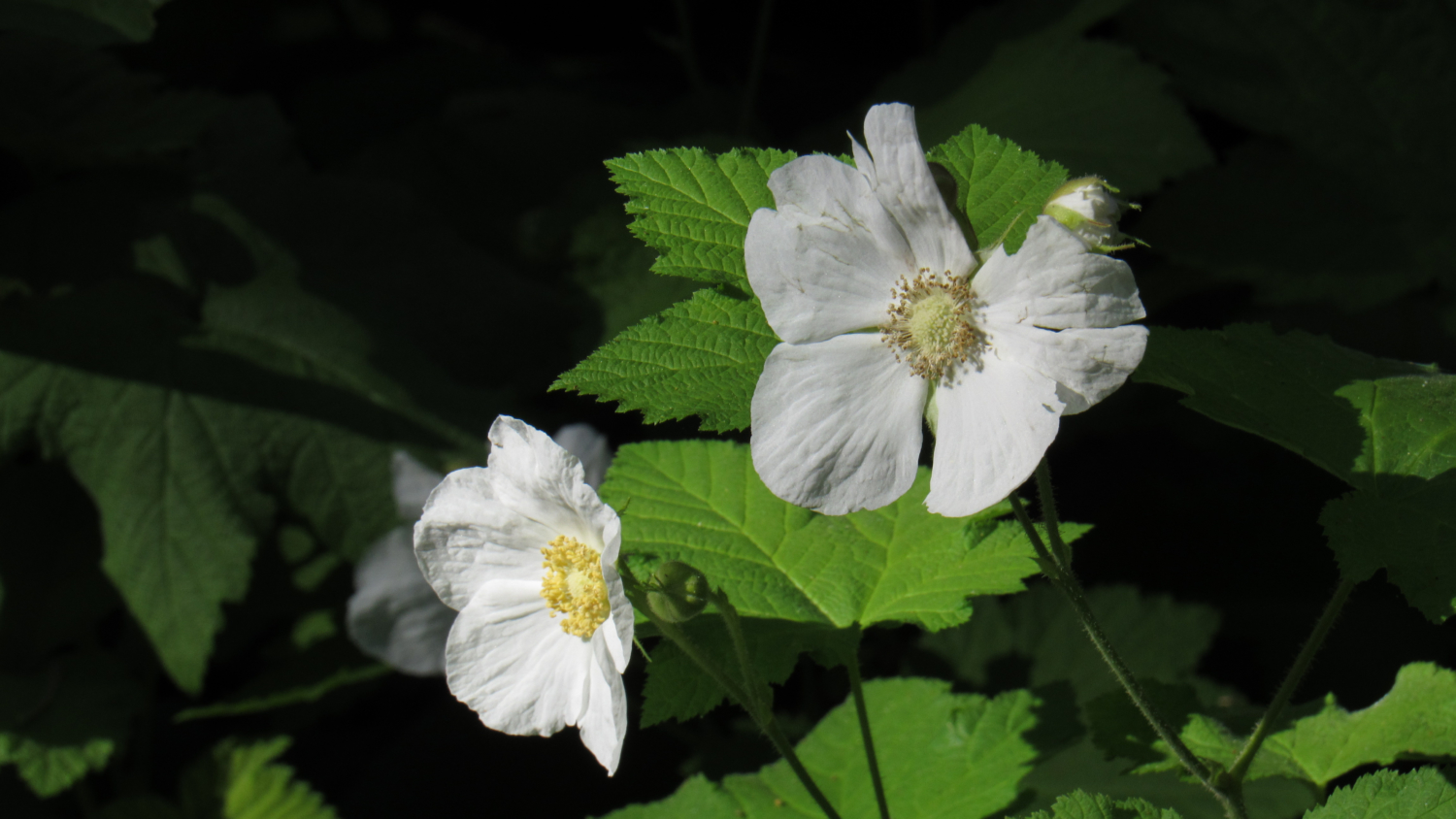 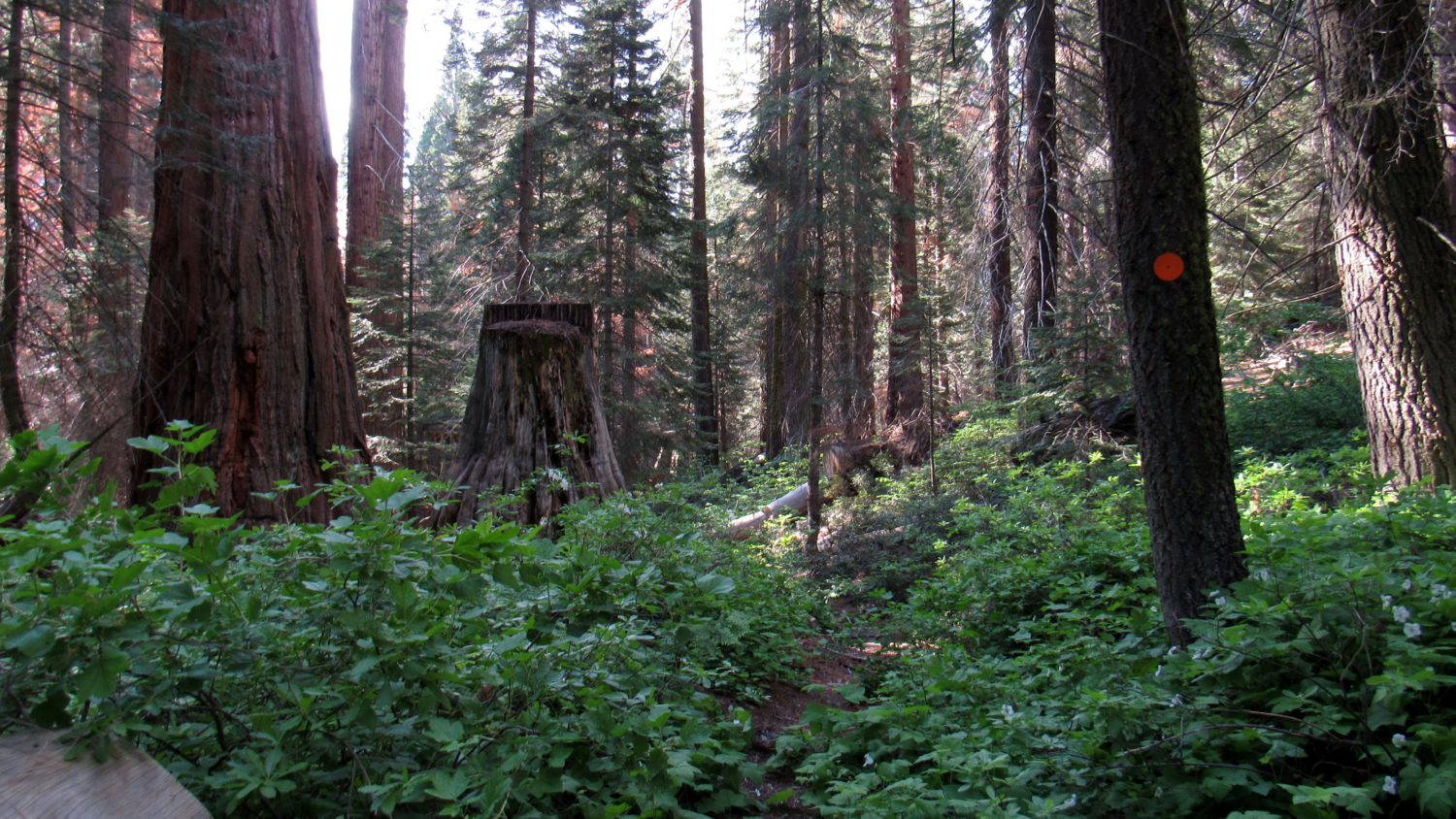 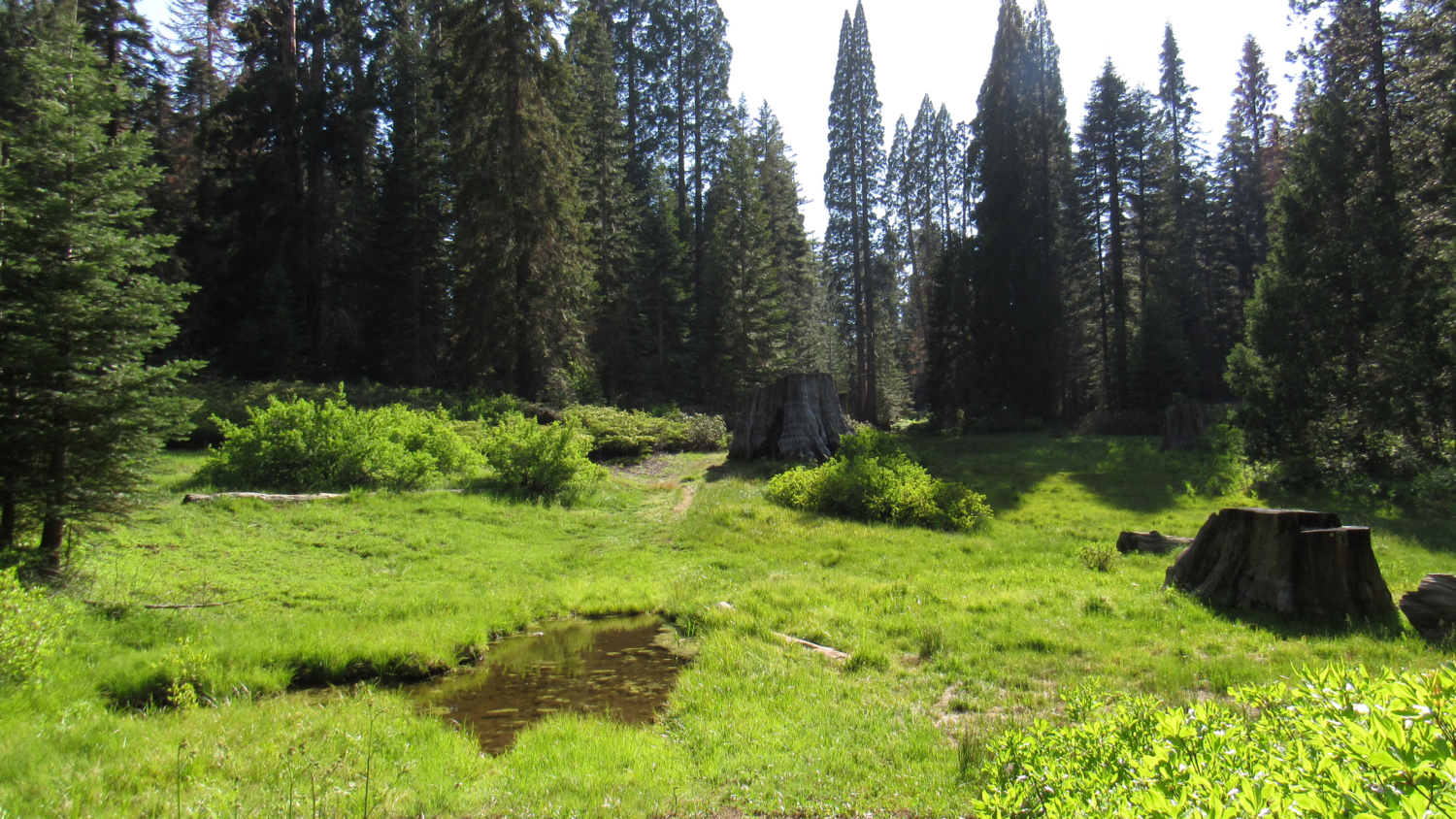 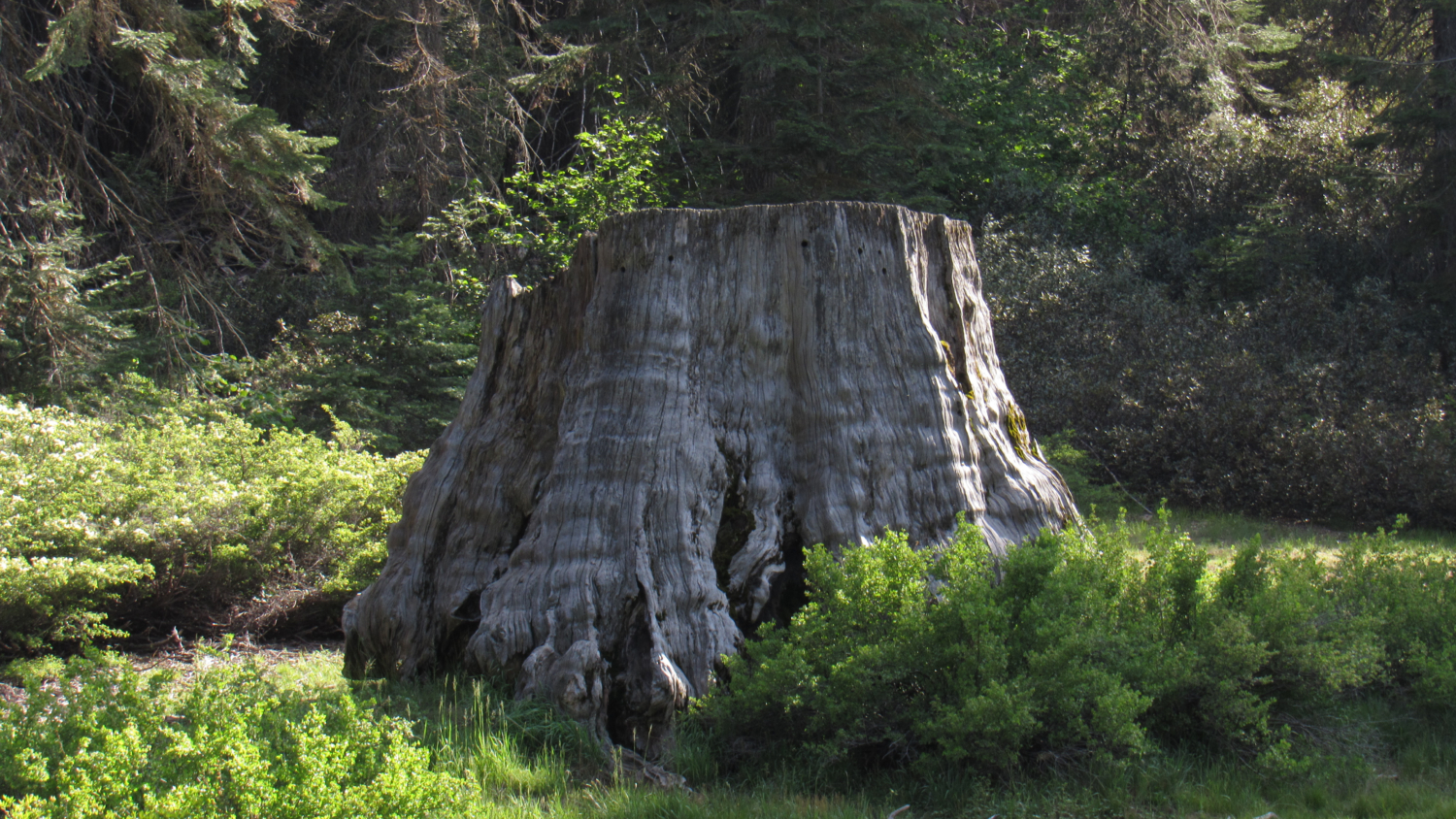 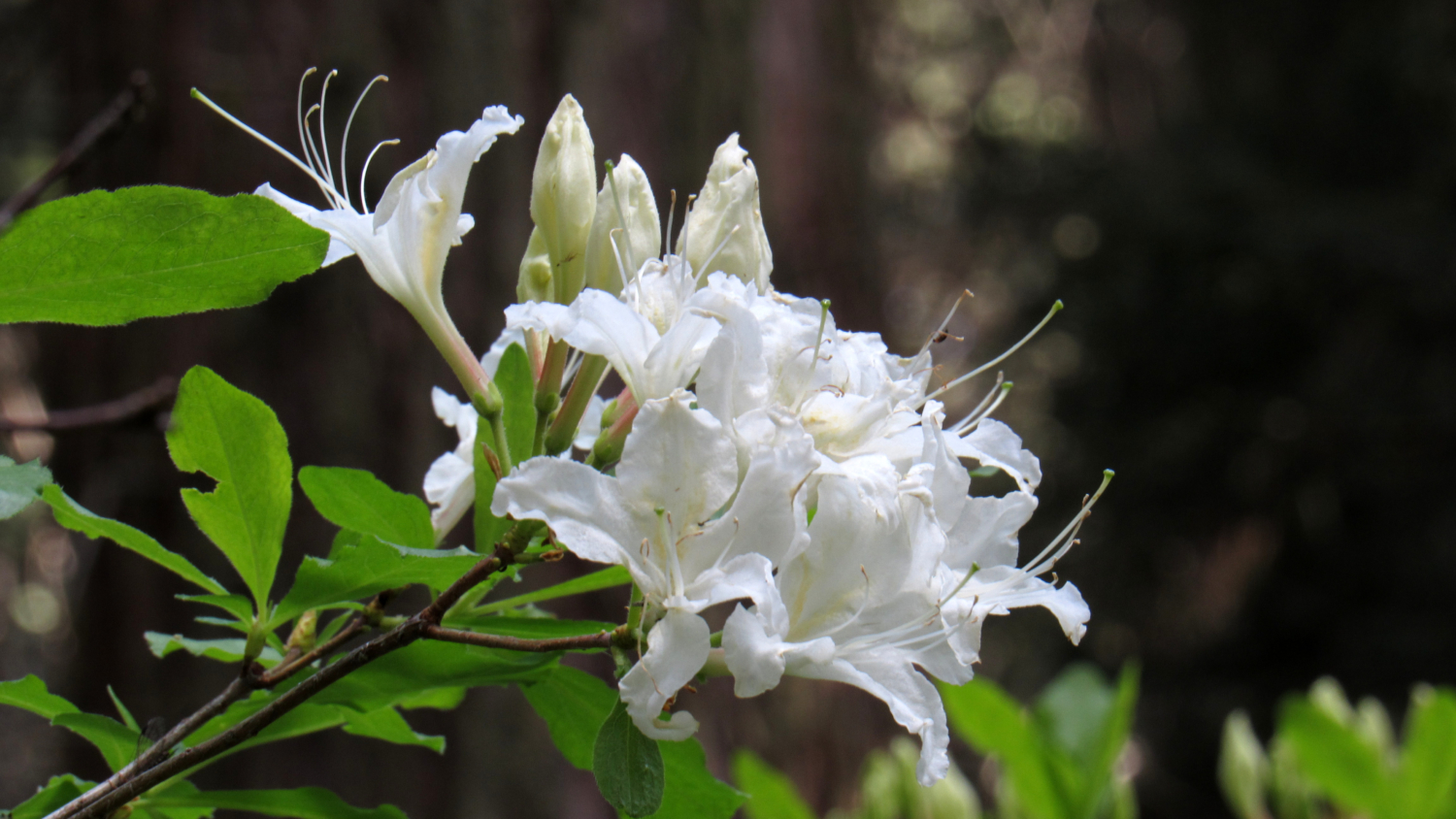 The trail is in good condition and easy to follow. If you're tacking on Hitchcock Meadow, the trail is more overgrown and harder to follow.

Sunset Campground is the nearest available campground, and Azalea and Crystal Springs Campground are both good nearby options

From the junction of Yosemite Freeway (SR-41) and Sequoia-Kings Canyon Freeway (SR-180), drive east for 51.6 miles to the Big Stump Entrance to Kings Canyon National Park. After passing through the entrance, continue for another .7 mile north, and turn left into the signed Big Stump Picnic Area. The trailhead is on the south side of the parking lot. The trail to Hitchcock Meadow departs from the northeast section of the parking area.