Water in the desert – is there any sight or sound quite as sweet to the weary traveler?

If you agree, you’re going to really enjoy the trails at Indian Canyons — many of which follow picturesque and stunning year-round streams cascading down from the nearby peaks. These streams nourish lush oases and palm groves, providing habitat for a huge variety of native plants and animals. Birders will especially enjoy spending time discerning the individual singers in the birdsong chorus here, as will hikers who are accustomed to the more desolate aspects of the surrounding desert.

Andreas Canyon is one of the more popular routes in this region, home to the world’s second-largest California Fan Palm oasis (although California is known for its iconic palm trees, only the Fan Palm is native to the state). 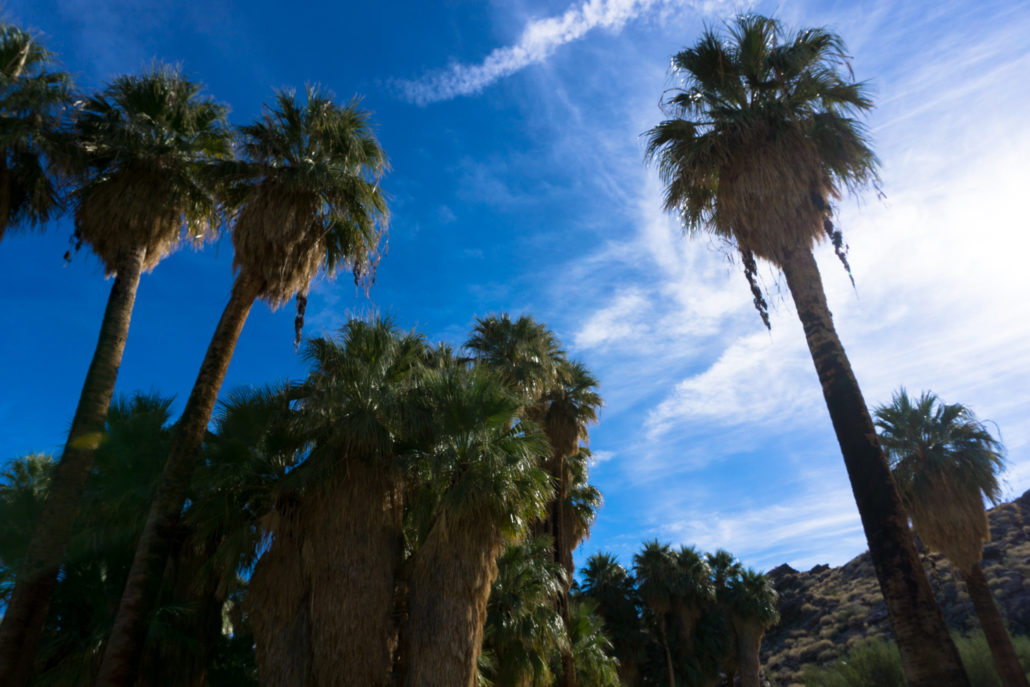 As you might expect from such a wet area of the desert, these canyons were important to the ancestors of the modern Cahuilla Indians who still live here today. Andreas Canyon was the home of the Paniktum Clan (known as the “People of Daylight”), who lived here for generations before the first Spanish arrived in 1824. When the Spanish first saw this region, the Romero Expedition reported seeing extensive irrigation and agricultural works, including fields of corn, beans, squash, and melons.

Nearby Murray Canyon is probably more of a hike than this — and is definitely worth your time — but for those who are just looking to get an introduction to this desert or perhaps have some nearby non-hiking activities planned, Andreas Canyon is a lovely way to spend part of your day.

From the parking area, look for some towering rock formations on the north side of the lot. You’ll see some interpretive signs about the nearby morteros and a trailhead for the Andreas Canyon Loop Trail. 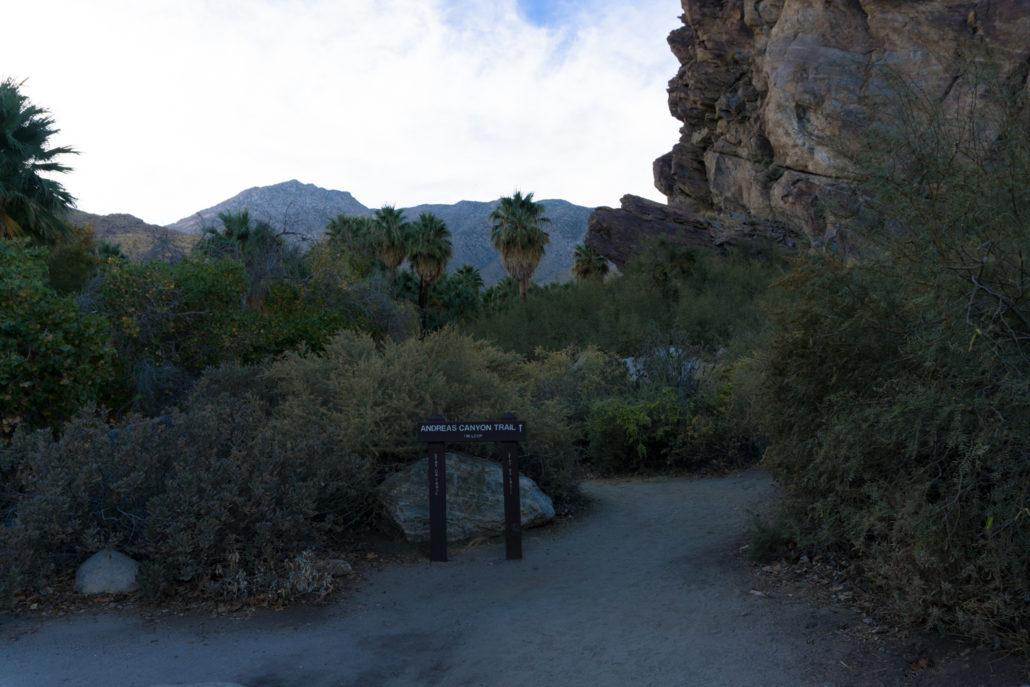 The trail hugs the bed of the creek as it makes its way through a dense grove of palms, cottonwood trees, and other native plants. 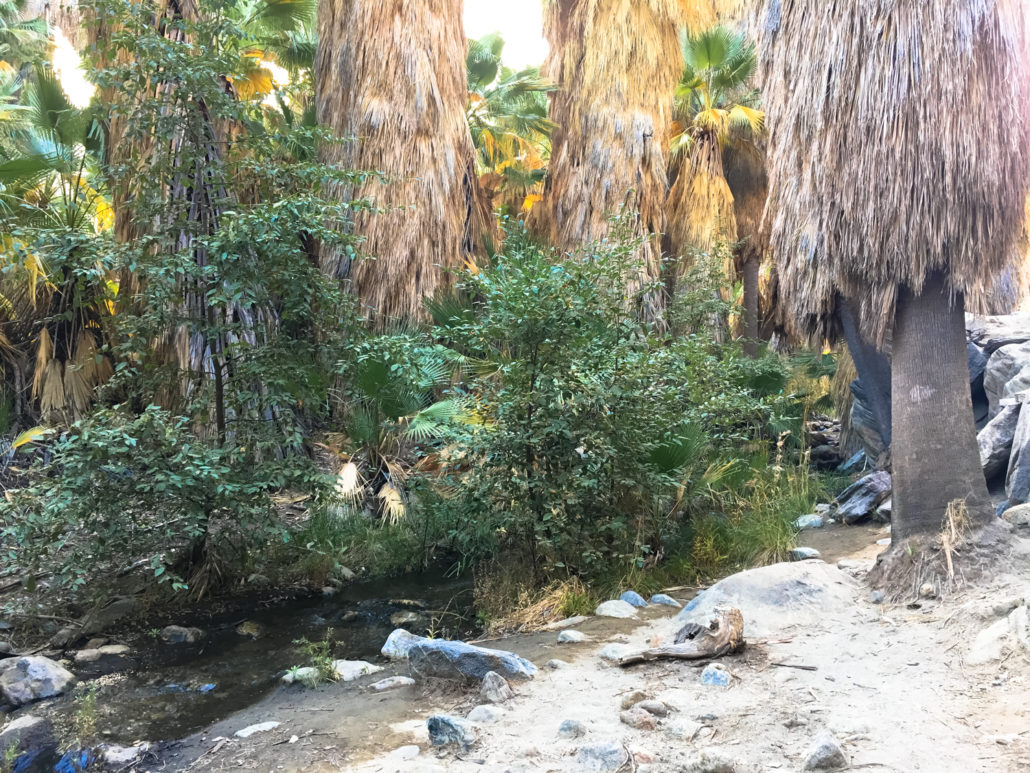 Just a few dozen feet away from the water, it’s all desert — creosote dominates, and up on the rock formations you’ll see cholla reaching toward the sun. 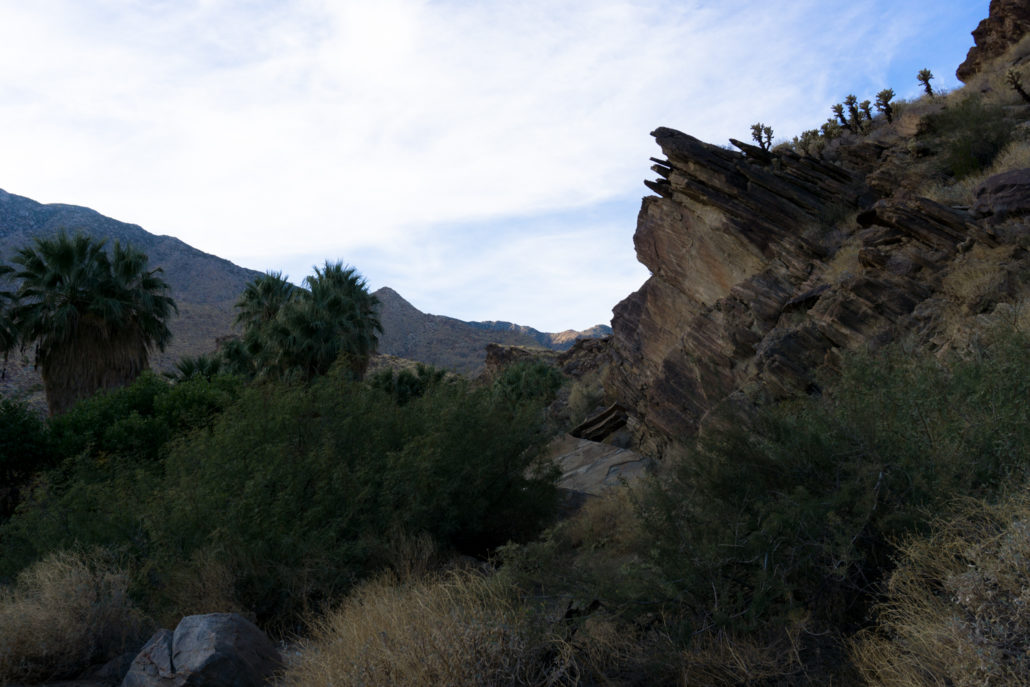 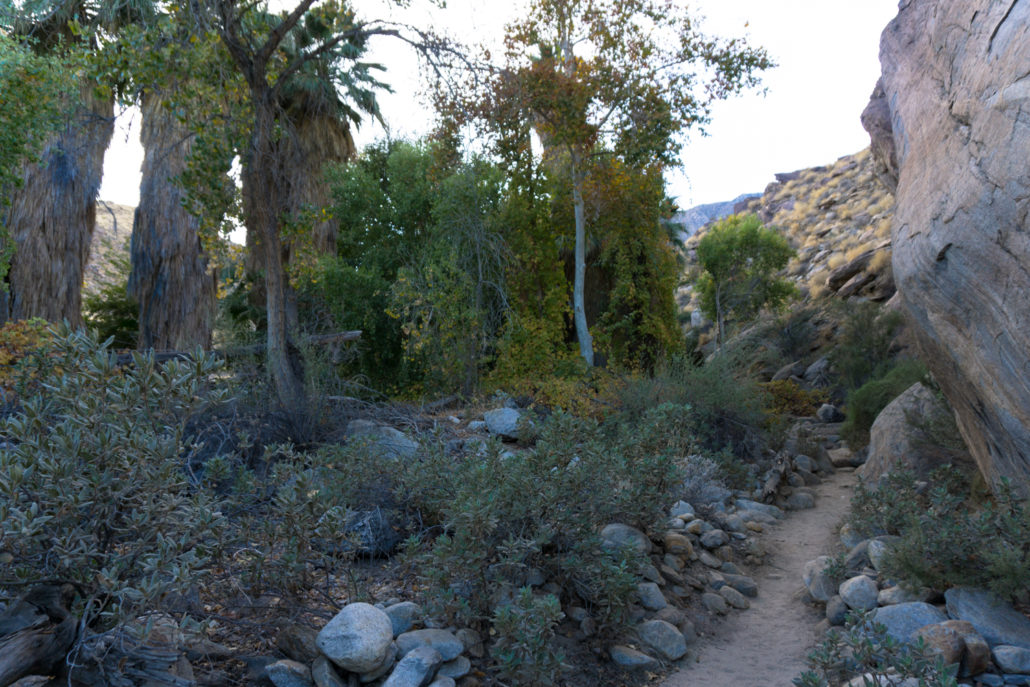 The established trail is well marked (and clear), but you might be tempted to hop off once in awhile to get a closer look at the water or the palms. Otherwise, you’ll reach the back end of the hikeable canyon a bit past the 0.5 mile mark, where you’ll meet a fence and a marker denoting the Andreas Canyon Club — a private inholding of houses that sit on former railroad-owned land. Keen eyes will be able to spot some of the 22 cabins in the Club: 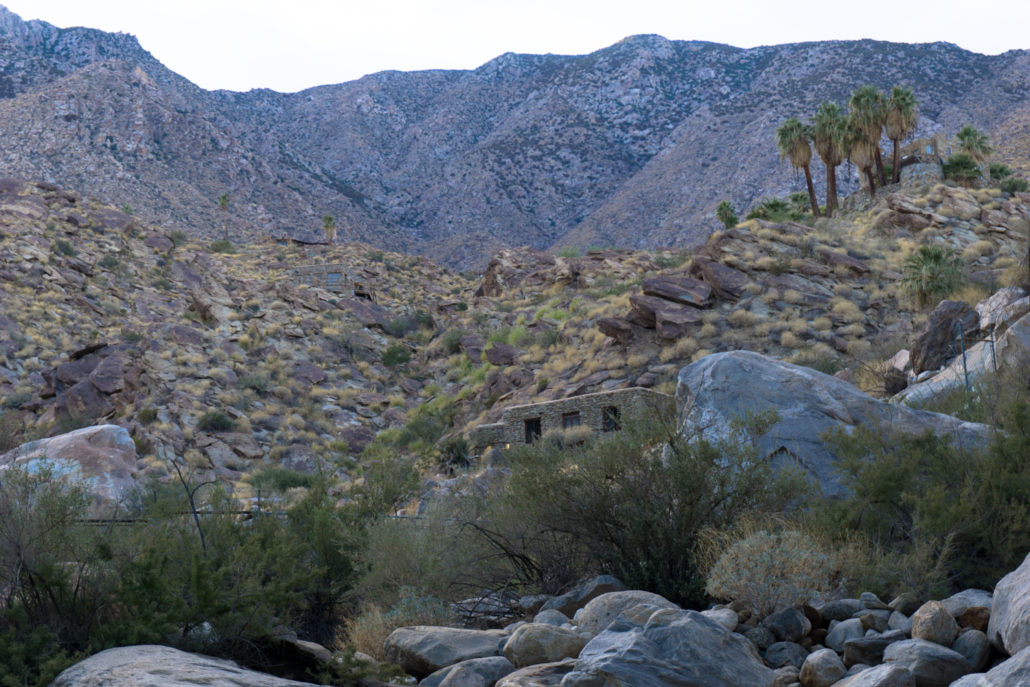 This exclusive housing community is a non-profit corporation founded in 1923 by a group of nature lovers. The 22 cabins and clubhouse are all built with local stones and designed to be as unobtrusive as possible by blending into the landscape. The cabins are all off-the-grid, so members have to bring in their own water and get to use a part of the creek you’re hiking alongside. There are strict rules not to harm wildlife or alter the natural surroundings, and when an owner dies, their deed reverts back to the Club.

A local news report talked to people at the Palm Springs Historical Society, who told them about a time Walt Disney tried to get into the Club and was rejected — so it’s exclusive but not necessarily in the traditional “so how much cash do I have to throw at you to get in there?” sort of way.

At the 0.5 mile mark, the trail hops the stream and returns to the trailhead on the southern bank, which keeps you a bit further away from the palms but also provides some truly spectacular views of the valley to the southeast. 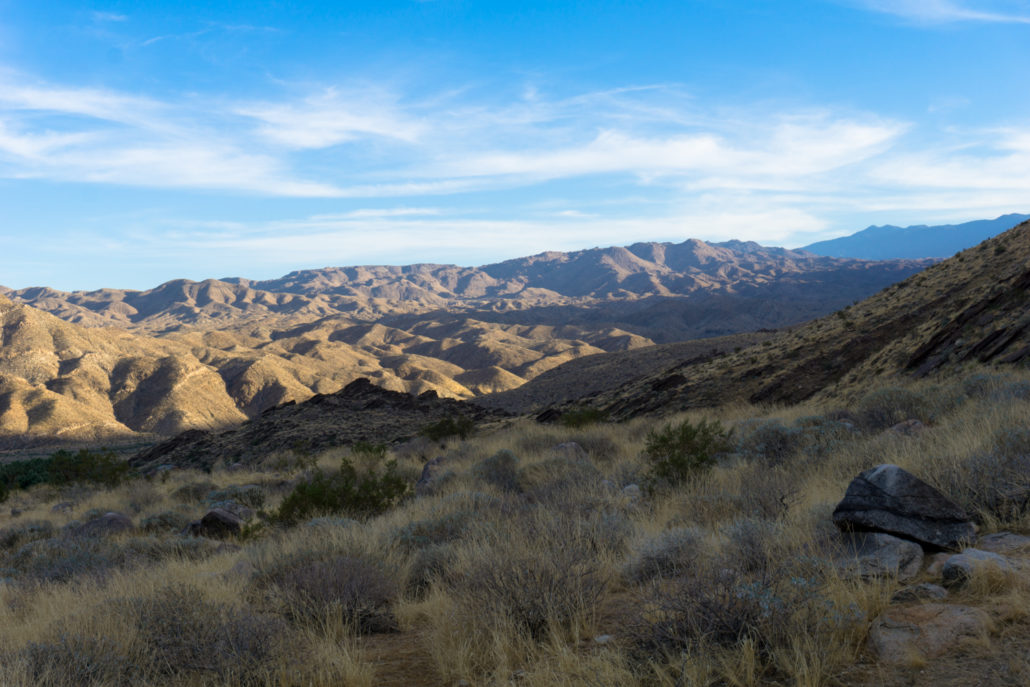 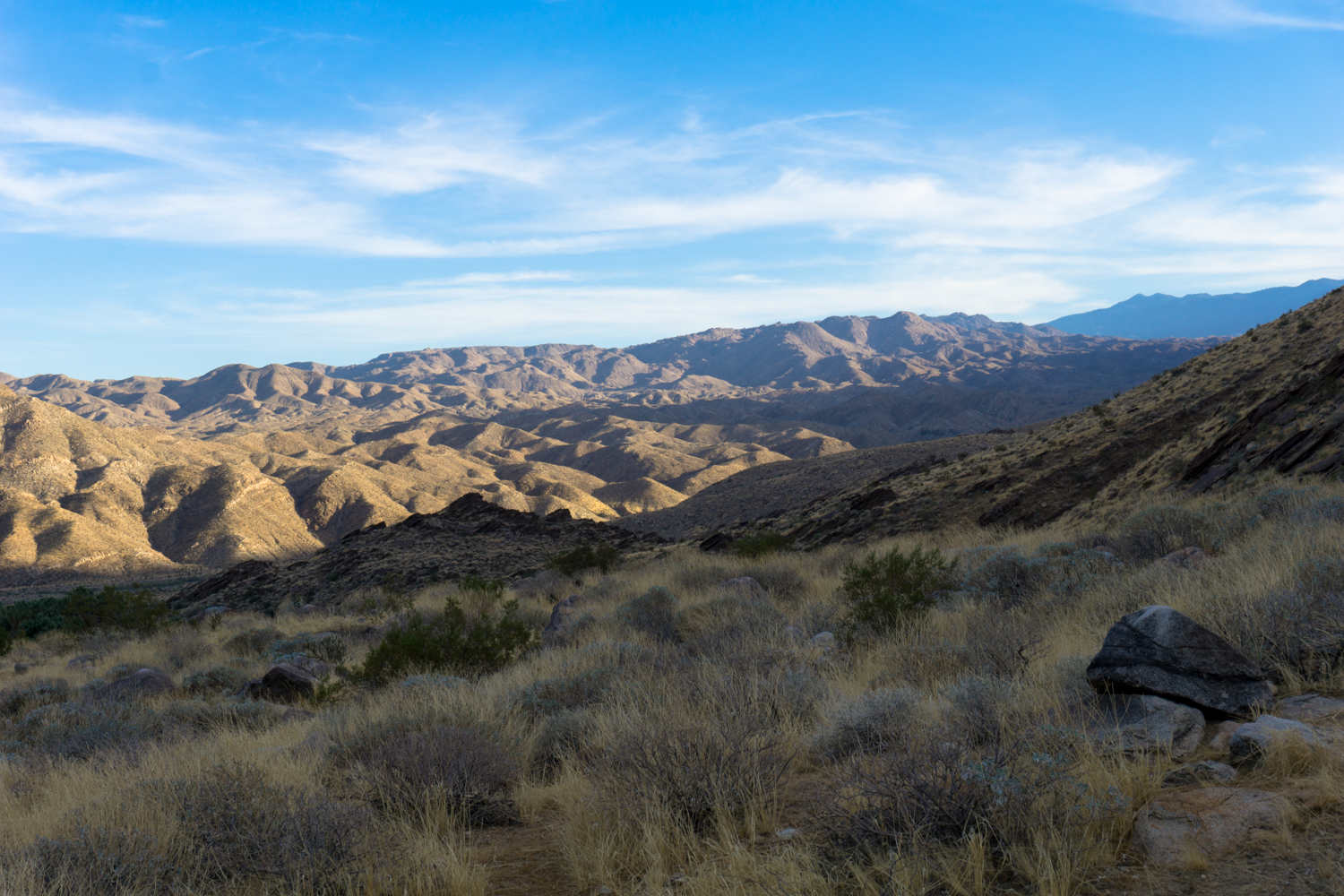 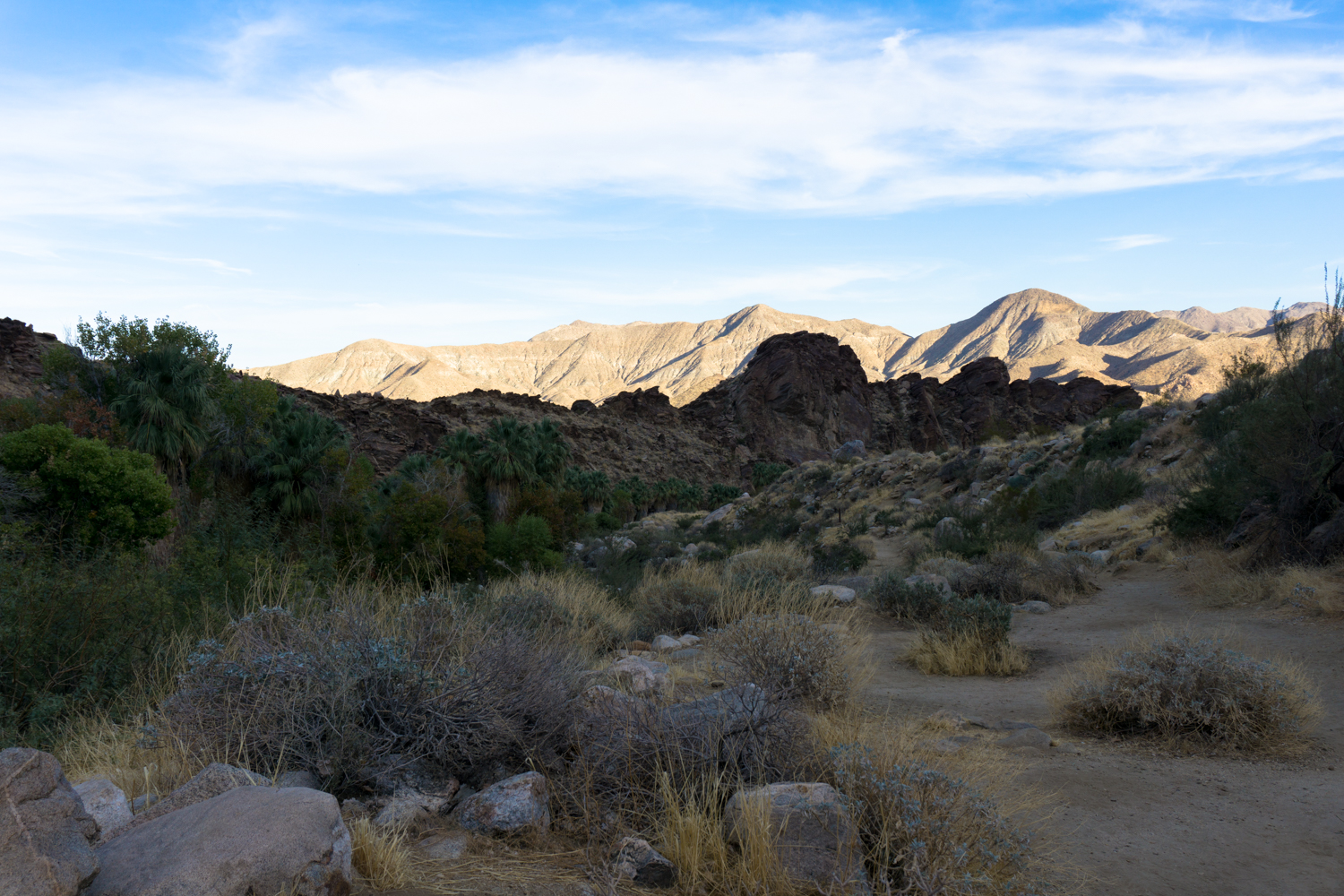 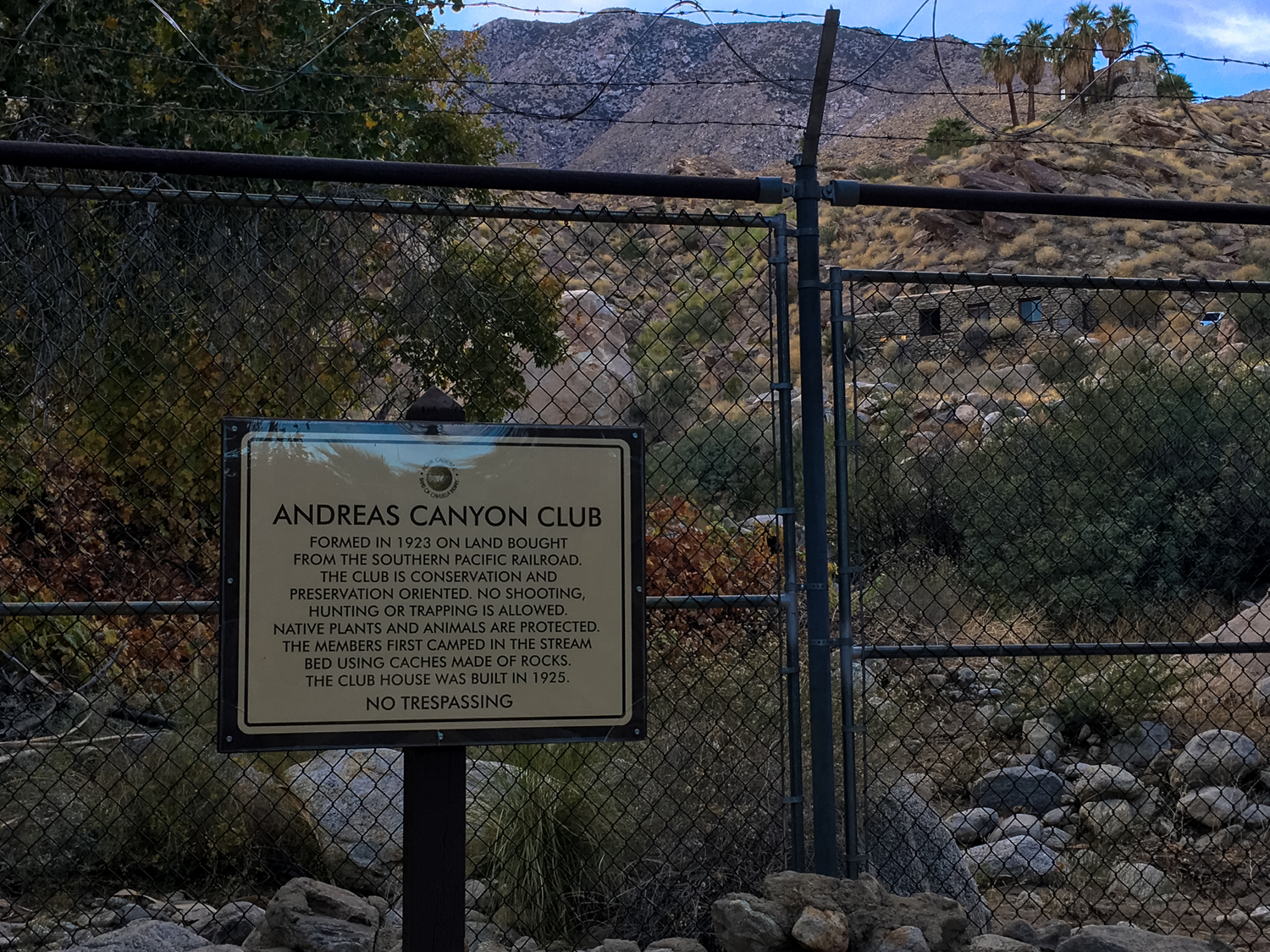 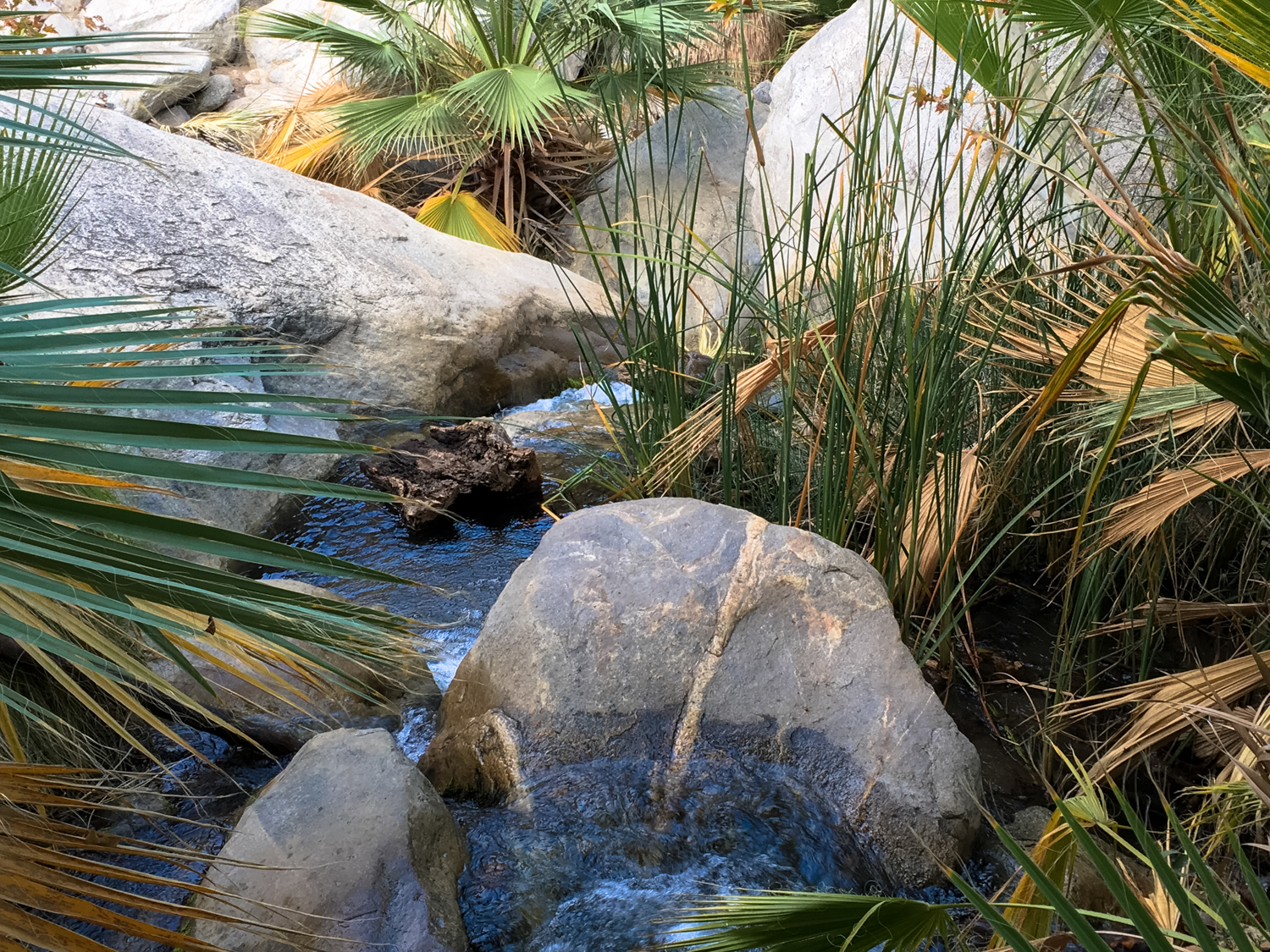 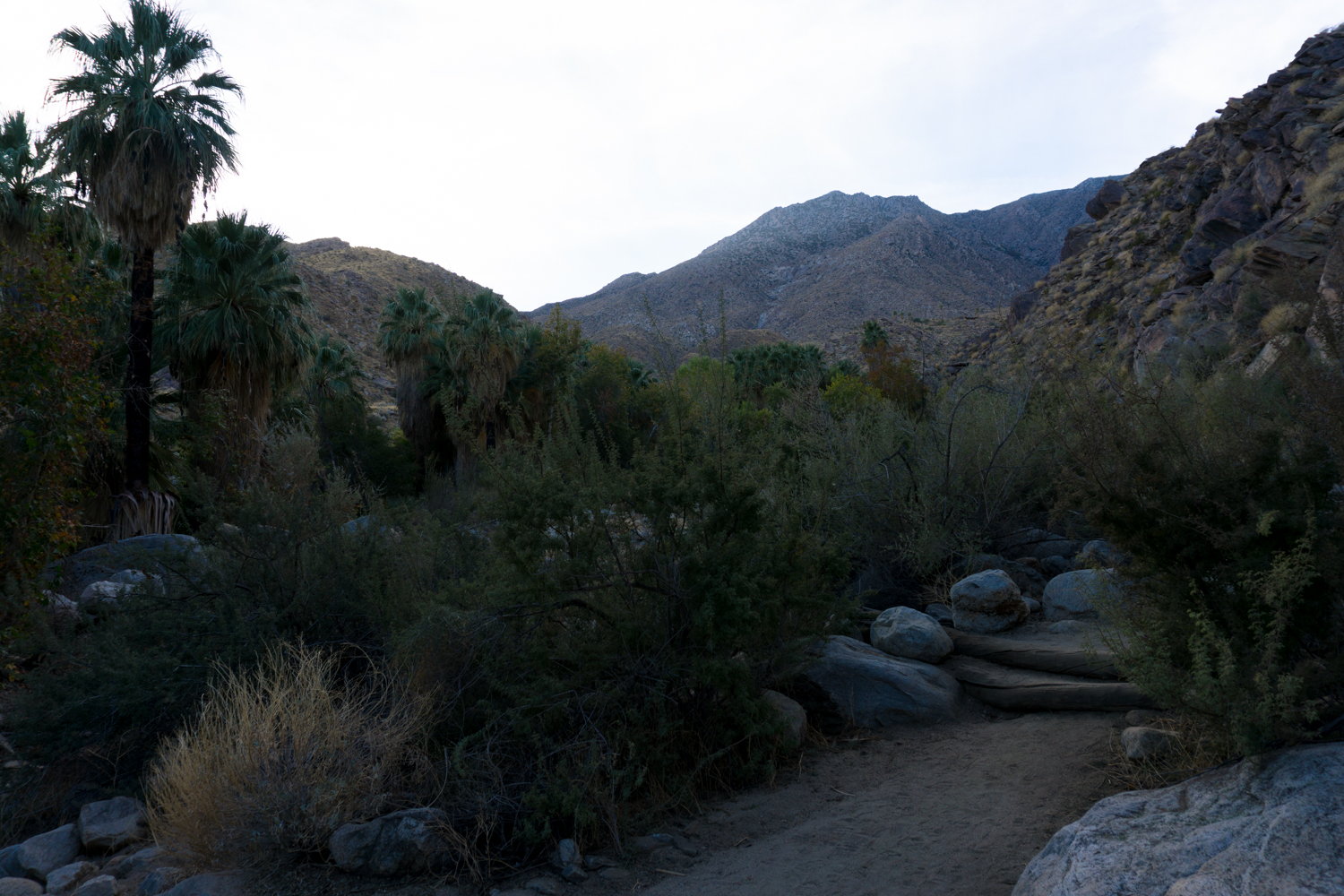 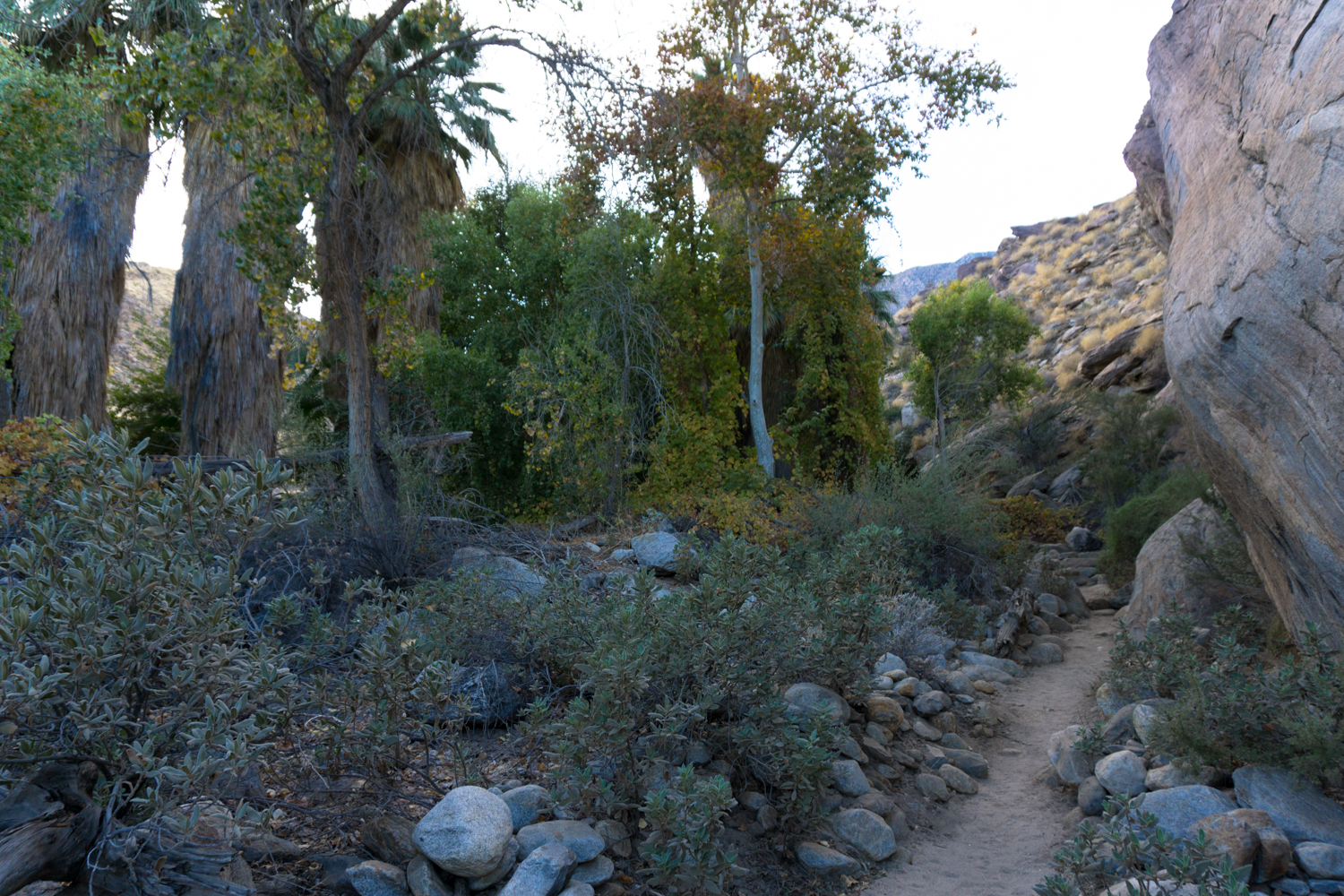 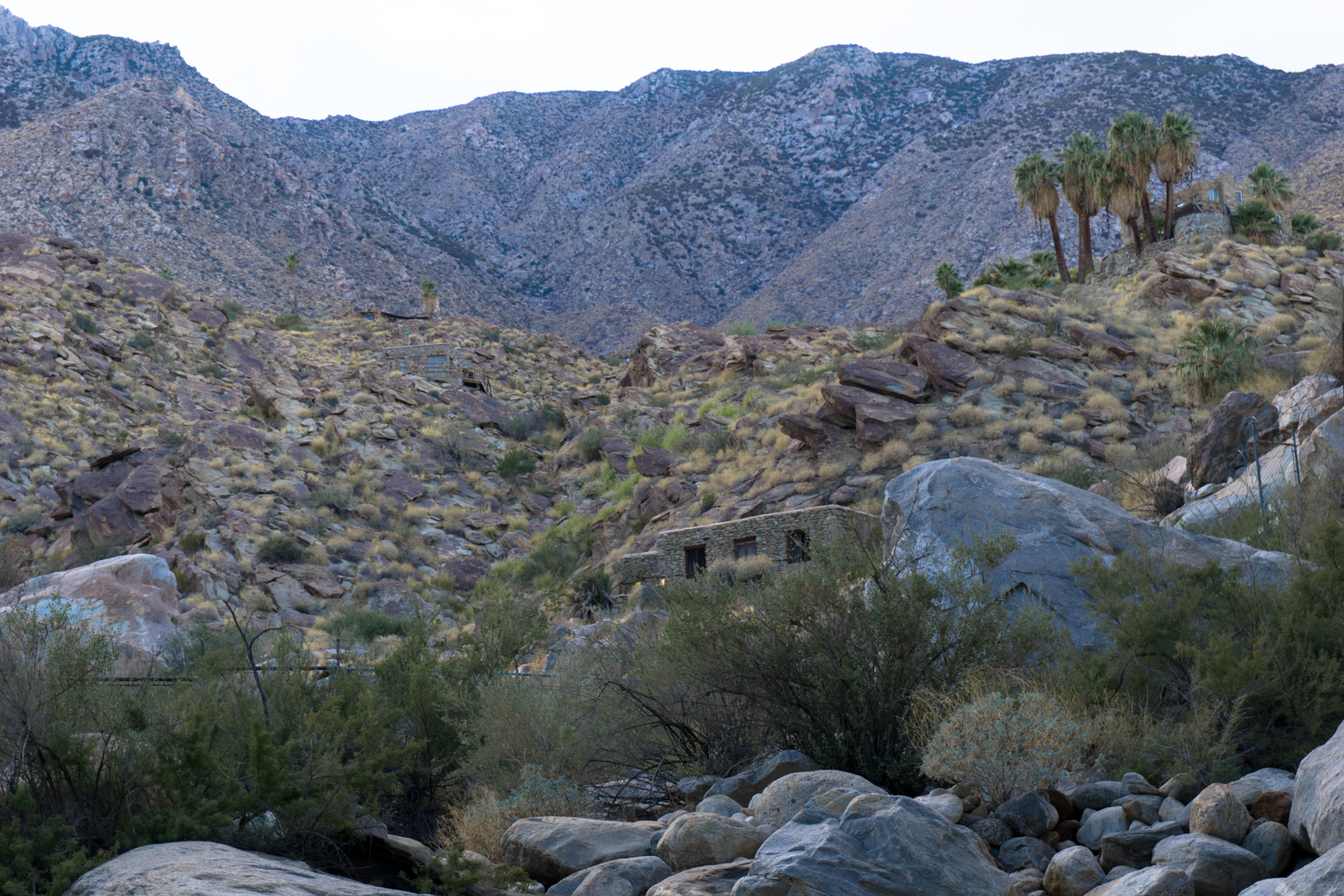 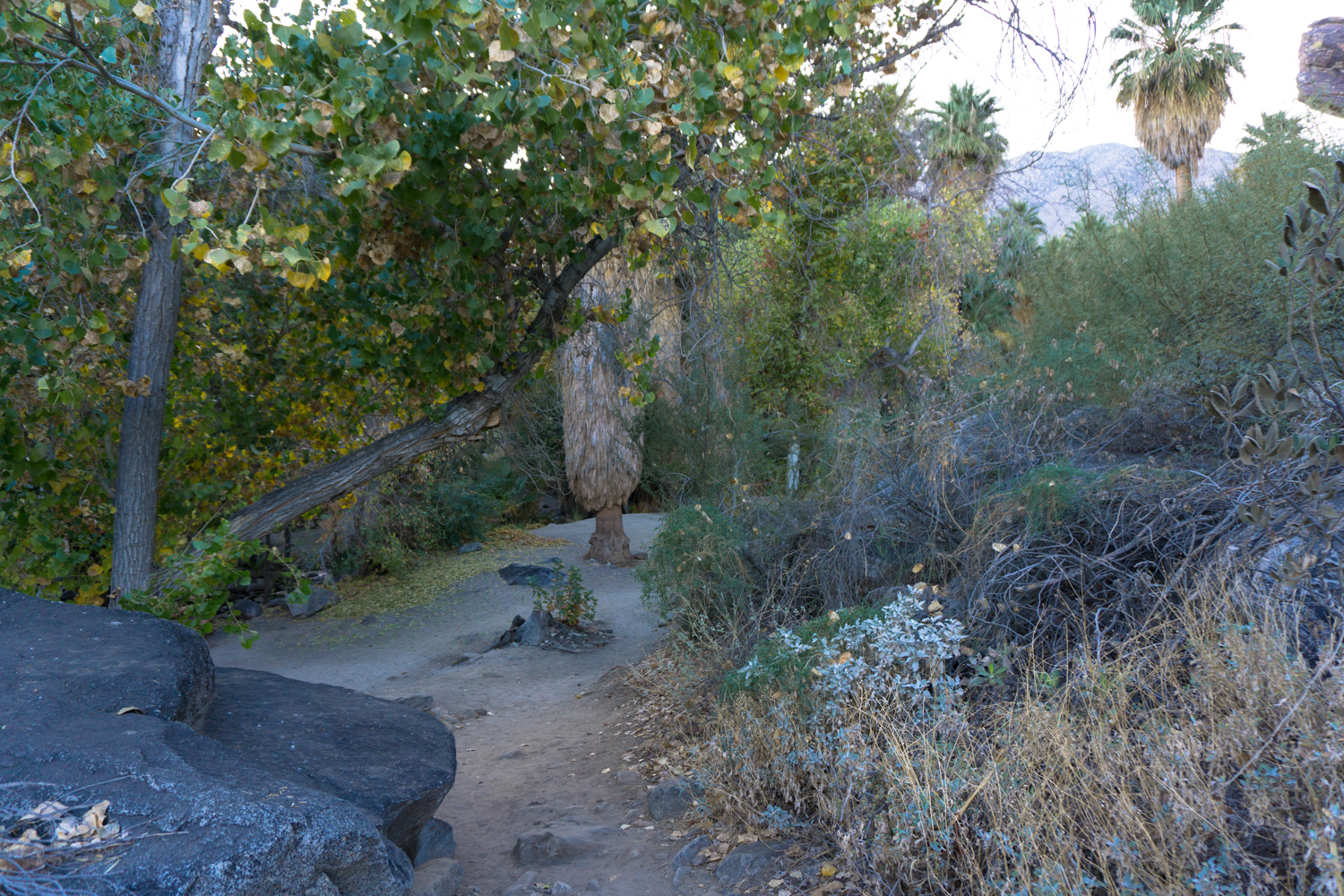 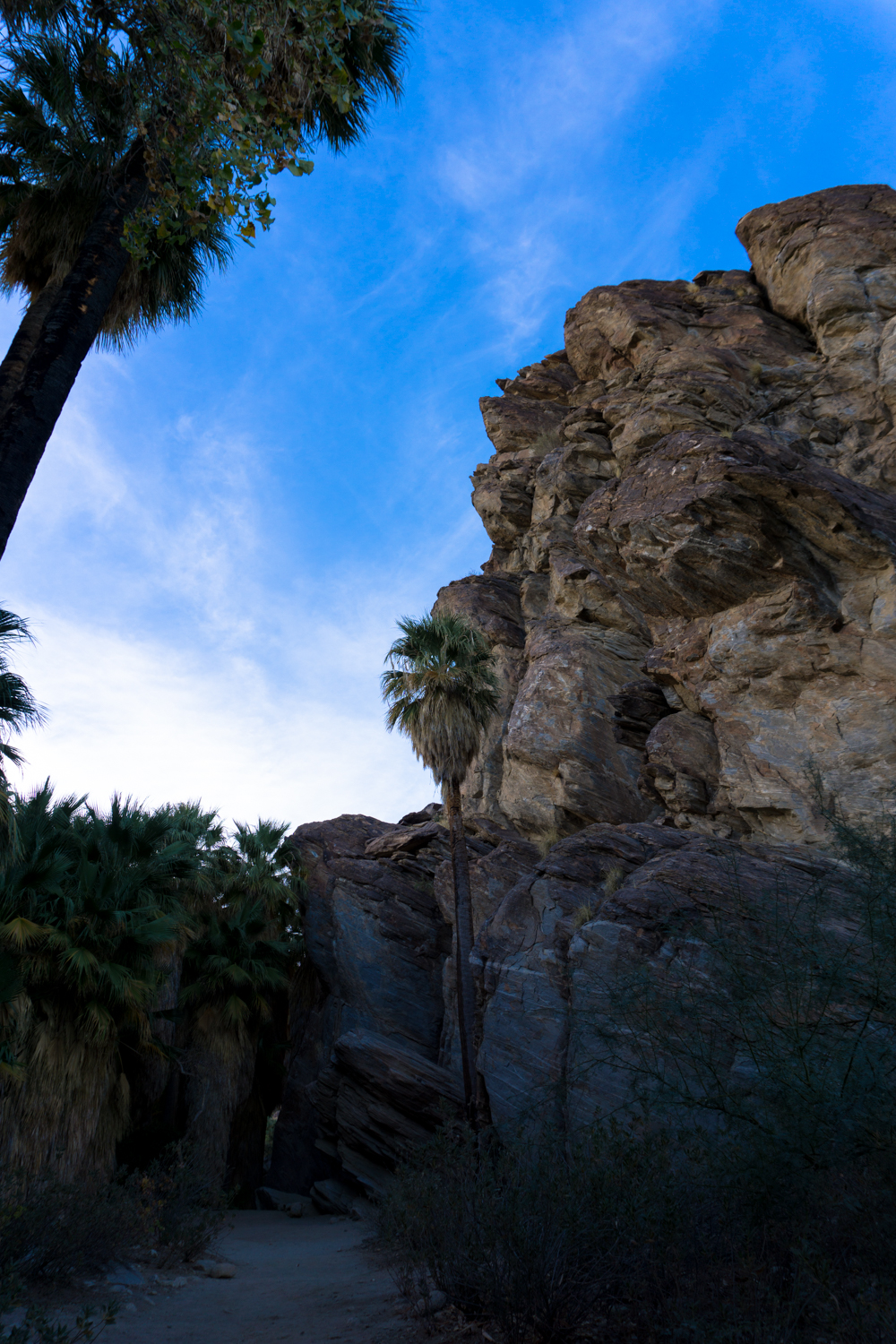 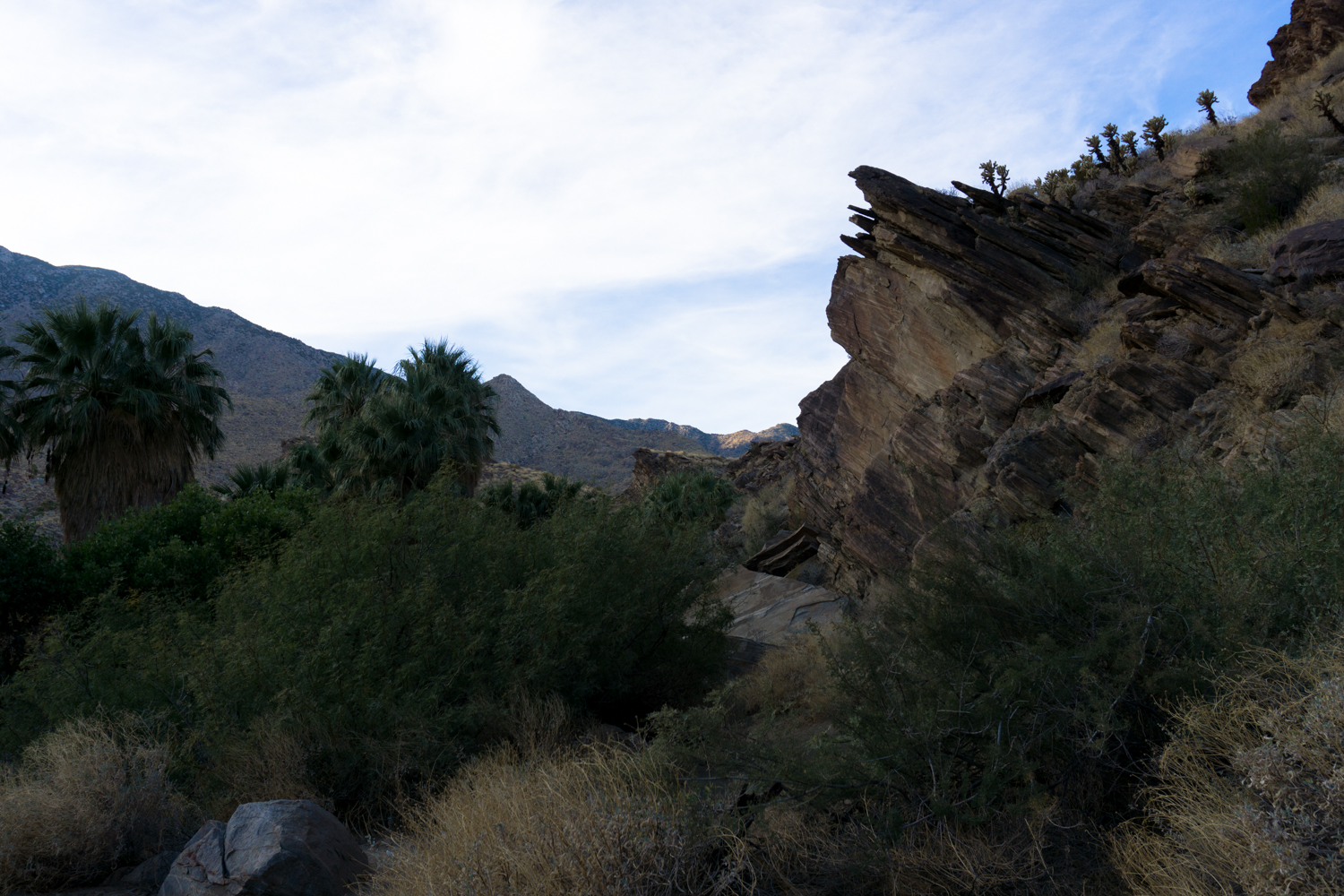 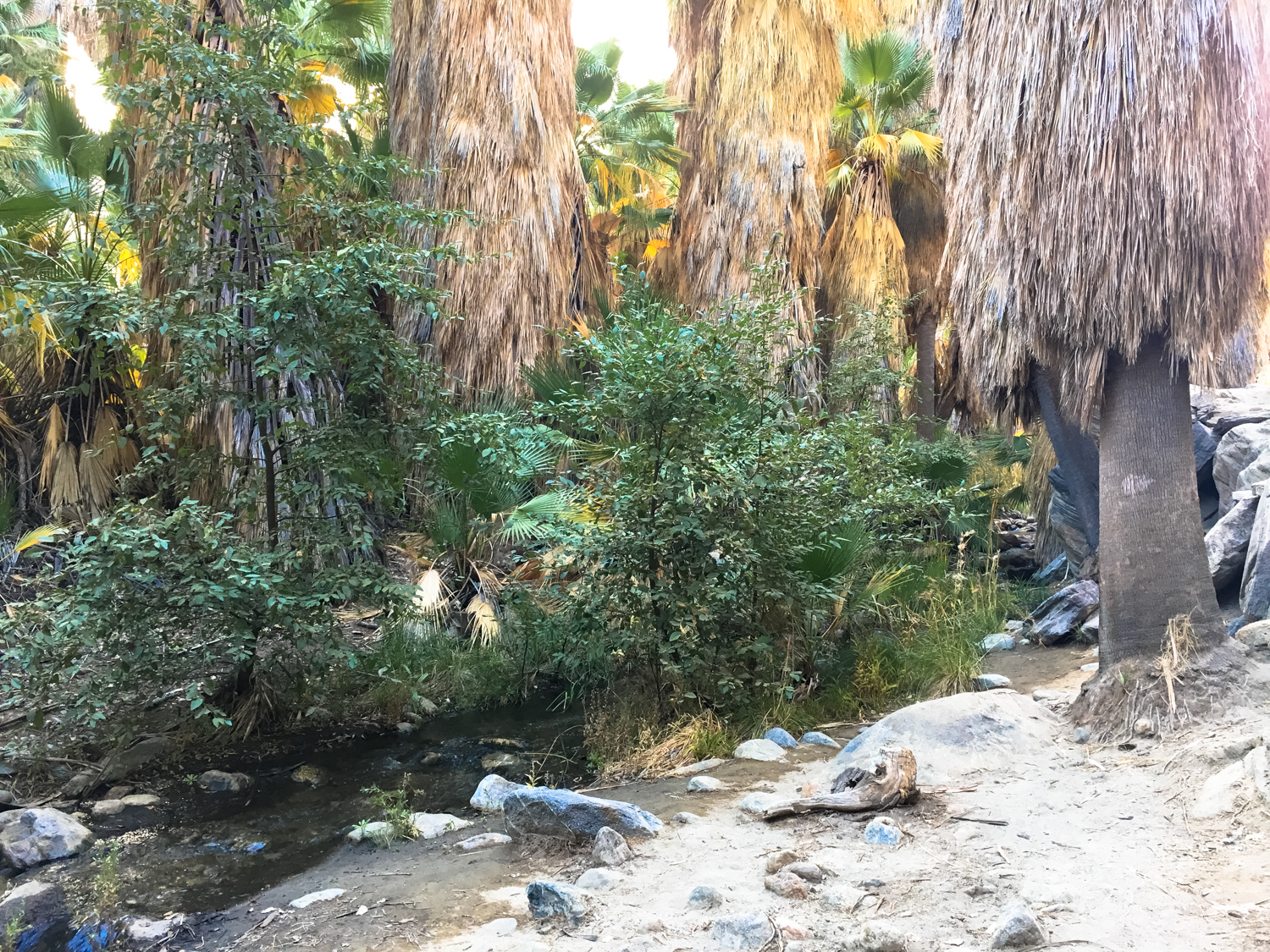 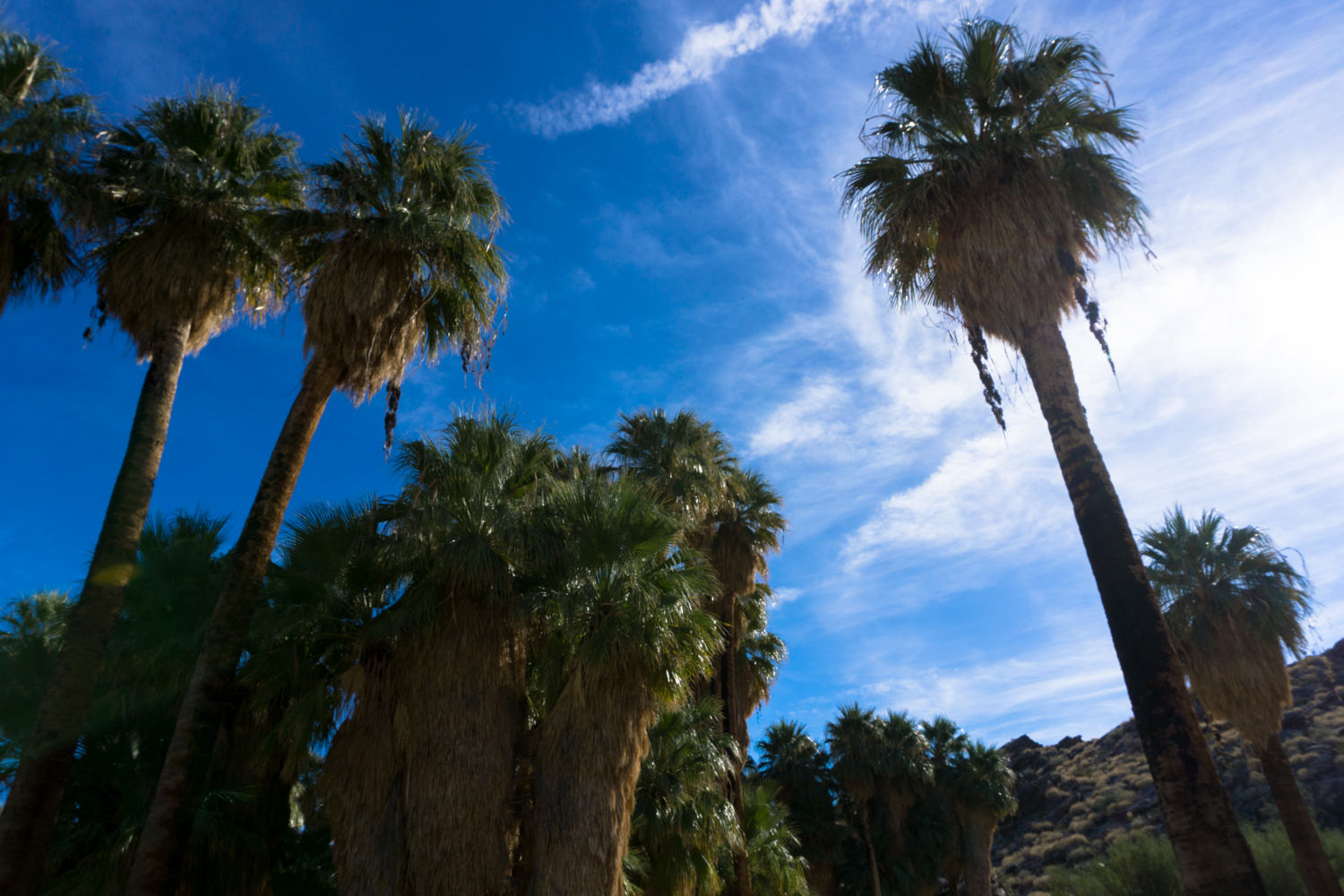 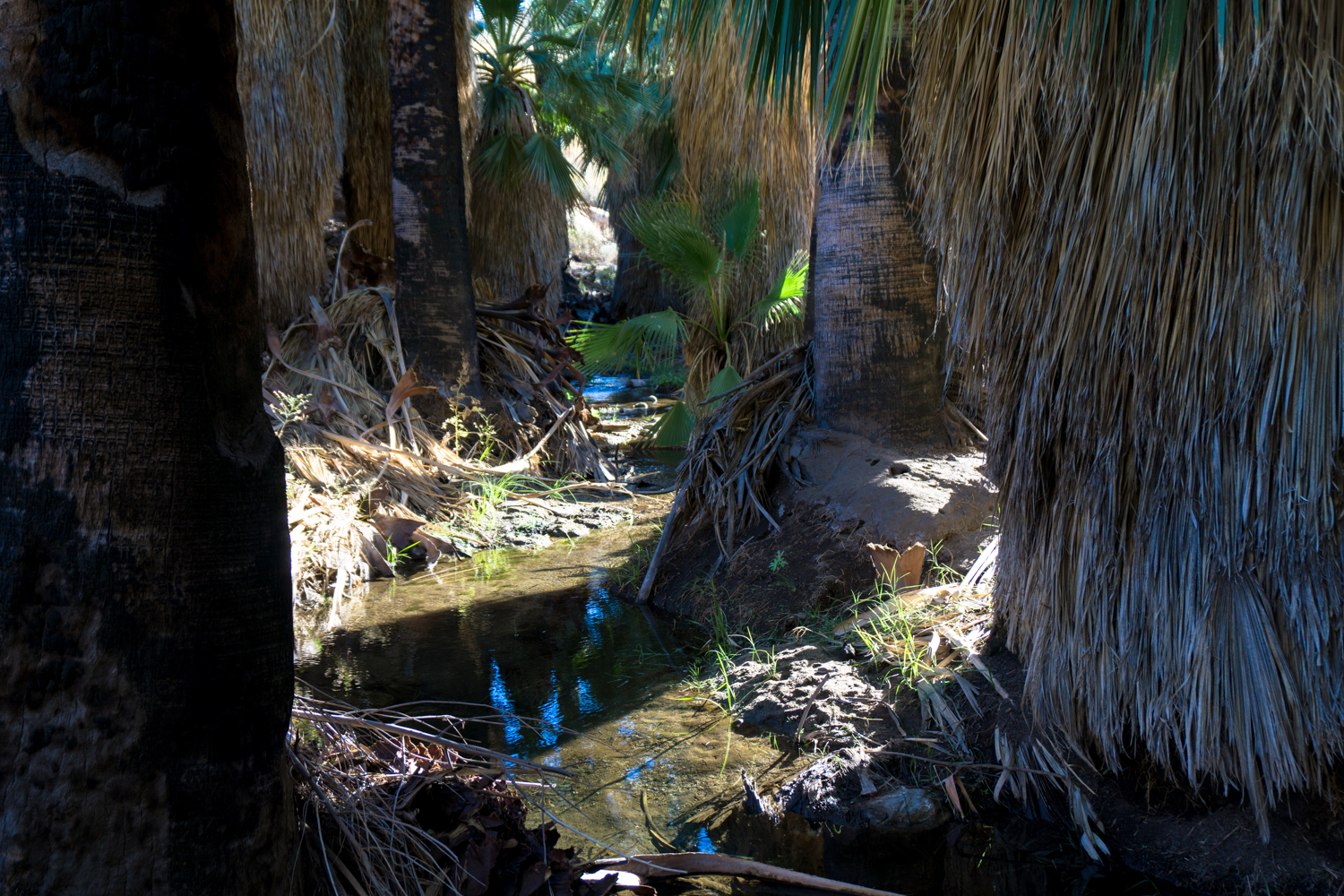 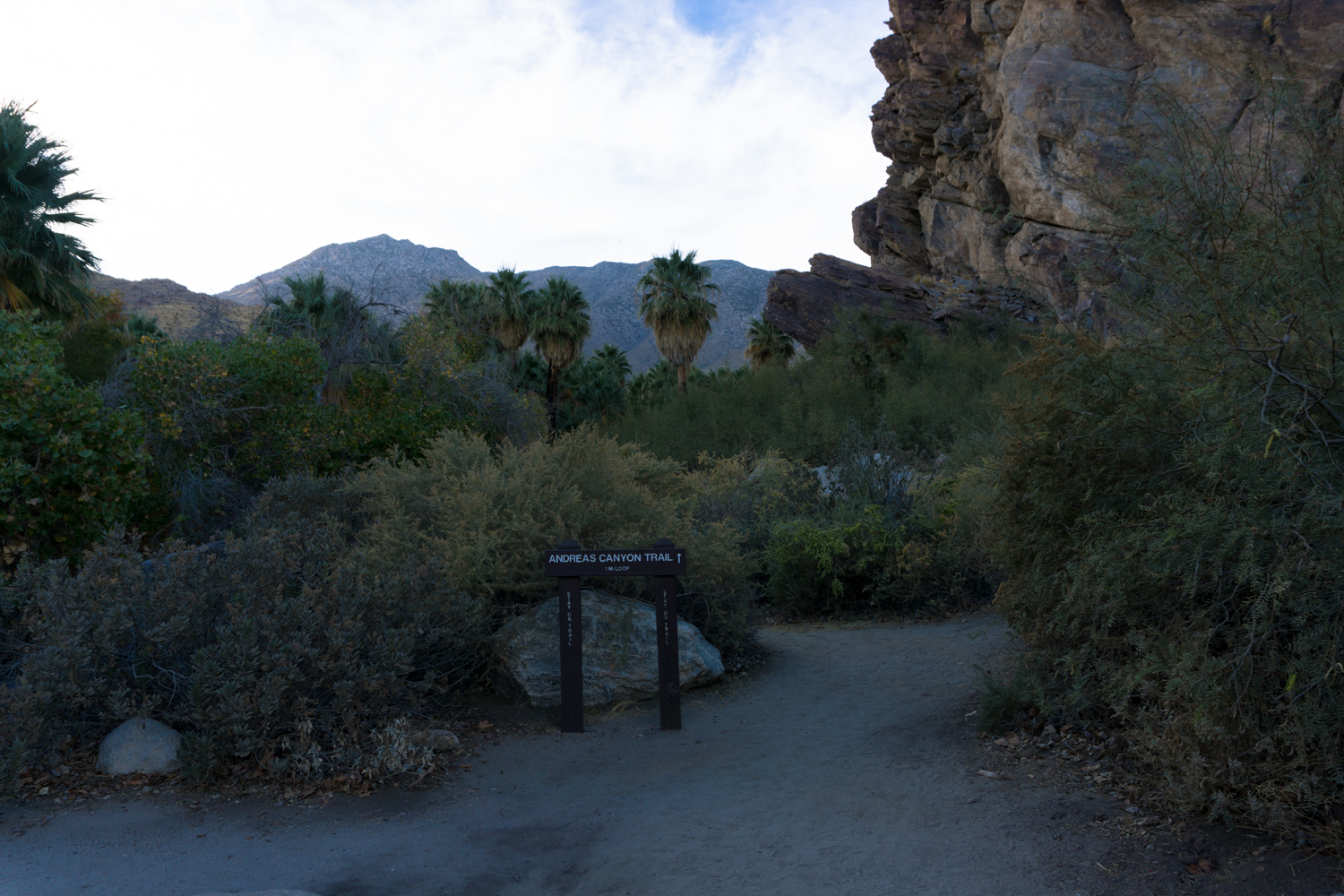 Very good - this is an easy to follow, well-traveled loop trail.

The trailhead lies in the Indian Canyon area, part of the Agua Caliente Band of Cahuilla Indians Reservation. From Palm Springs, head south on Palm Canyon Drive until you enter the Reservation (per-person fee required, $9 as of Dec 2017). Continue south and keep right at the first fork to head toward Andreas / Murray Canyons. Park at the end of the road.