Help Save Murphy Ranch from Demolition

According to the site LAHikes, the Murphy Ranch site in Rustic Canyon is due to be partially demolished by mid-February. The story was picked up by LAist and CurbedLA, who heard from a representative of Councilman Mike Bonin that only some of the buildings were to be demolished, while others were to be sealed with metal plates to prevent trespassing.

In an email, the person behind LAHikes told me he spoke to a ranger who wished to remain anonymous on January 23rd, who told him of the area’s imminent destruction. He also mentioned that a counselor from nearby Camp Josepho was patrolling the fire road in his jeep to keep people out of the buildings. 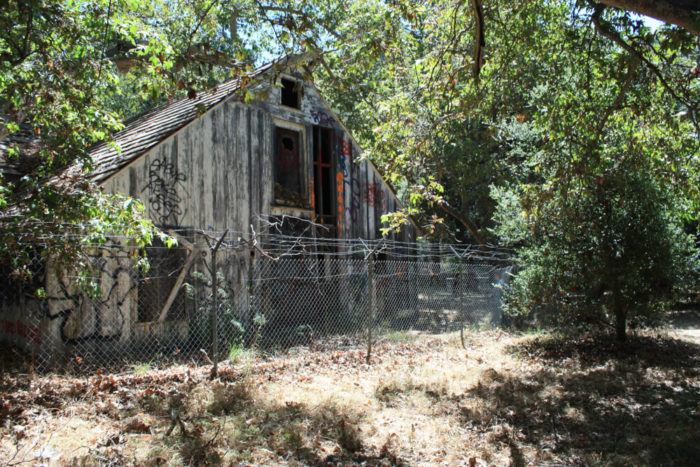 The story is not new – we have reported the site as slated for demolition since 2012 – but the date kept getting pushed back further and further. We saw chain link fences go up (and get cut down) and readers informed us of an occasional ranger patrol that would issue citations to people found trespassing in any of the buildings.

According to the ranger interviewed by LAHikes, “this location has finally became such a annoyance for the city that they have finally decided to tear it down. And looks like they are finally going through with it, despite many past threats to demolish.” The ranger – and many other city officials – frequently cite the canyon’s popularity with hikers, its high (some would say ‘unbelievable’) levels of graffiti vandalism, and the liability dangers of the abandoned buildings as reasons for bulldozing the entire place.

It doesn’t have to be this way. 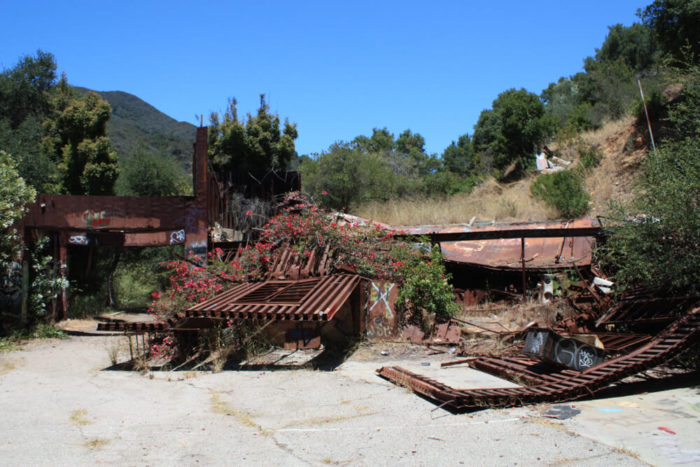 Just a few miles to the west, another canyon is incredibly popular with hikers. Some might even call it overcrowded. Like Rustic, this canyon also houses the ruins of buildings abandoned after wildfire, but that’s where the similarities end. Solstice Canyon has an established trailhead with restrooms, signage for safety and historic interpretation, and frequent ranger-led programs. For the amount of people who hike in Solstice, it has a remarkably low instance of graffiti and litter, and it’s enjoyed by hikers and walkers of all ages and abilities. 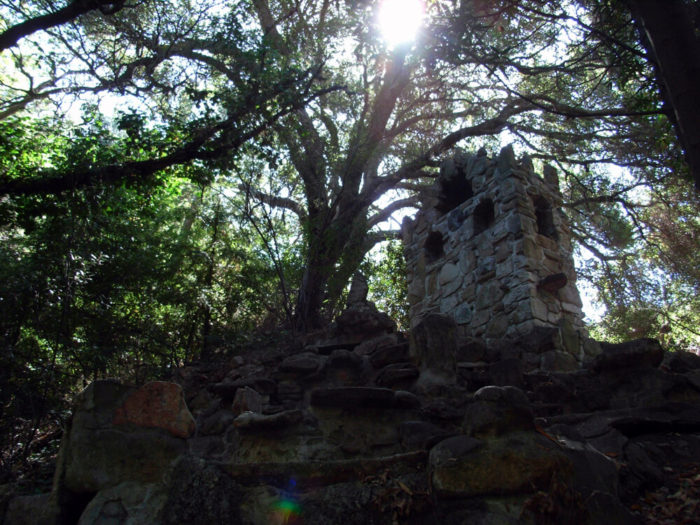 In contrast, Rustic Canyon Park is managed by the City of Los Angeles, which apparently doesn’t care about the compound’s unique history as a former compound for American Nazi sympathizers and only sees it as a “nuisance” – and that is a shame. Despite prevalent graffiti and use issues existing for years, absolutely nothing has been done to improve the park going experience at Rustic, and the lack of a consistent patrol or ranger presence to enforce graffiti and trespassing laws has only encouraged those activities more. 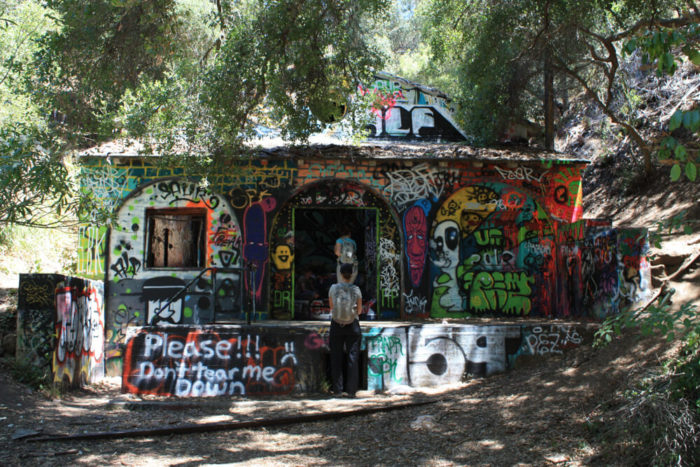 Former power house at Murphy Ranch. This is perhaps the most graffitied building for miles in any direction.

In fact, no one even seems to know who’s in charge of maintaining that land. During the research for my upcoming hiking guidebook, I spent days trying to track down a single human being who could claim responsibility for the park or at least give me a contact number for people to call with updates on conditions. The L.A. Recreation and Parks web site lists Rustic Canyon Park under the Rustic Canyon Recreation Center, which is about a 20 minute drive away (and home to some long-suffering employees who definitely seem tired of fielding questions about the Murphy Ranch).

There is not really a designated trailhead, few trail signs, and zero information available about the site at its location or anywhere on official L.A. park web sites. Not necessarily surprising when you think of other, much larger and higher-profile city parks that suffer the same lack of treatment — Elysian, O’Melveny, and Griffith Park all stand in similarly embarrassing states.

Some concrete steps could be taken to improve the park for both historical preservationists and hikers in general:

Since it is clear the City of Los Angeles has no interest in improving or even preserving this park, it is time the city transferred it to a land manager who does care. The Rustic Canyon Park is surrounded by California State Park land, but can also be transferred to the Mountains Recreation Conservation Authority or even the National Park Service since it falls within the National Recreation Area … but the city has to offer it up first.

If Murphy Ranch remains under municipal control, it’s more likely that all of its history and unique character will be lost forever, crushed under the bulldozer and covered by layers of vandals’ paint. Hasn’t this city already seen enough of that? 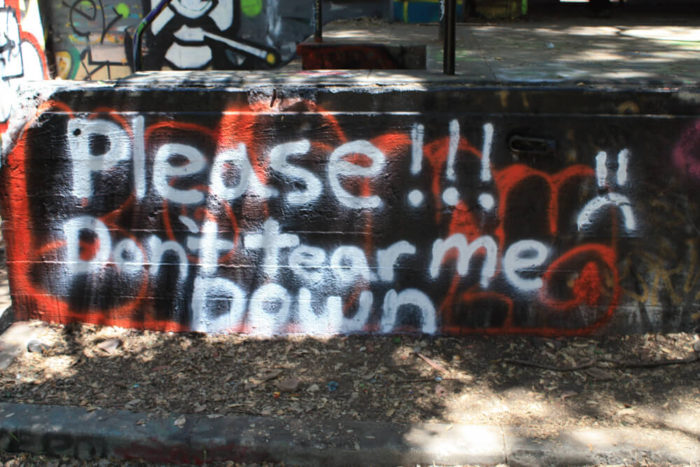 Inquiries to the Los Angeles Department of Recreation and Parks, the Los Angeles Conservancy, and the office of Councilman Mike Bonin were made earlier this week but we have not yet heard back. We will update this story as it develops.

Want to help protect Murphy Ranch? Have a better idea for the buildings? Share your ideas in the comments and – more importantly – let the following people know that Los Angeles parks deserve better treatment than this.

The Jewish Journal did some great reporting on this story and managed to get a statement from Mike Bonin’s office.

“The structures at the site were a hazardous nuisance that generated a lot of concerned calls into my office, [Los Angeles Police Department] and the park manager from people in the Palisades,” Councilmember Mike Bonin, who represents the area, said in a statement. “We worked with the Department to ensure we are preserving historic elements of Murphy Ranch, such as the gates leading into the site, but we need to put safety first and I’m happy the site is being made safe for hikers to enjoy.”

We still feel that Councilman Bonin needs to understand that this park needs and deserves more than metal plates and bulldozers. If you agree, please contact his office and let him know how you feel.