Has The Dyatlov Pass Mystery Finally Been Solved? 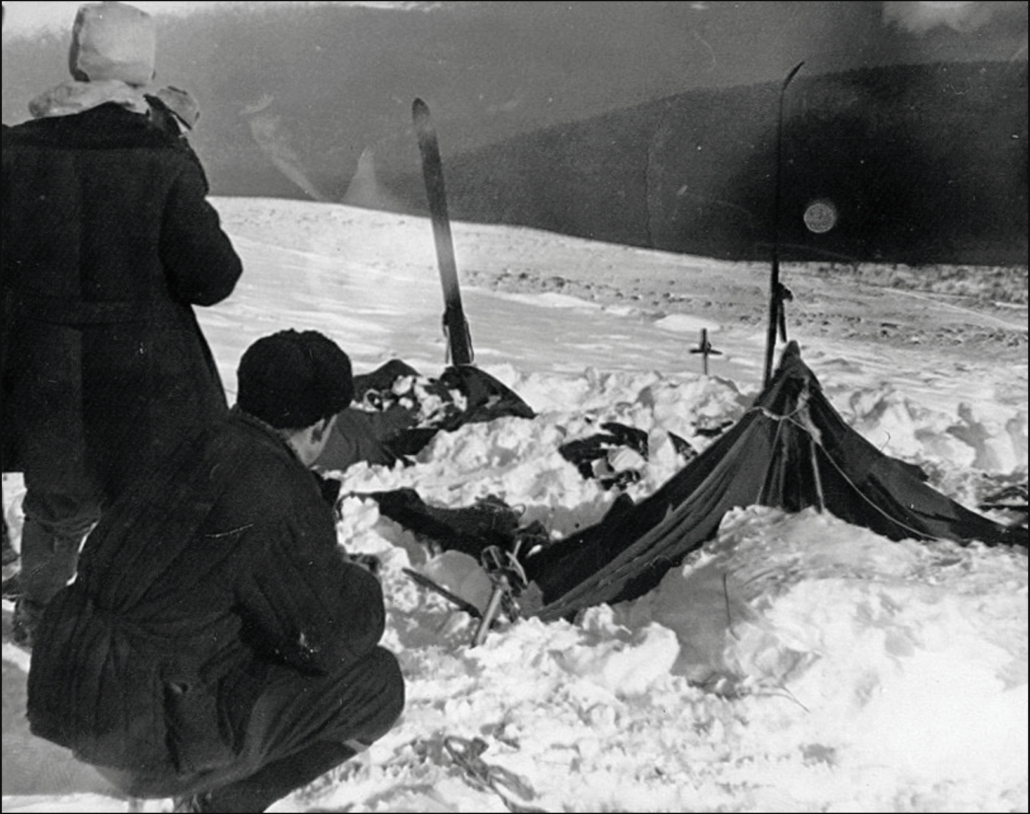 Most experienced hikers have probably heard of the Dyatlov Pass Incident. In February 1959, a group of nine Russian hikers died under mysterious circumstances while cross-country skiing through the Ural Mountains. When their bodies were found, they were scattered and riddled with inexplicable injuries. Some were even unclothed, and their tent was found cut open from the inside. It took months of waiting for the dense snow to melt to even find all nine bodies. At the time, the deaths were attributed to an “unknown natural force.”

In the decades since, there’s been rampant speculation over the odd deaths, including alien abduction, reindeer herders, Yetis, and Russian military experiments. However, the most prevailing theory is that the hikers were killed by an avalanche. There had been no field work, though, to support this — until recently.

Now, we may finally have the answers we’ve been looking for since the fateful incident. Two Swiss scientists, Alexander Puzrin and Johan Gaume, say that the cause of the incident was a rare type of avalanche called a “slab avalanche.”  Video footage from early this year, taken by researches at the site of the incident under similar conditions the hikers experienced, proves that the area is in fact prone to slab avalanches. Previously, scientists had doubted the avalanche theory, as the scene of the incident didn’t leave behind any traces of an avalanche, and the fact that the hikers pitched their tents on too small an incline to cause one. However, research proved the incline to actually reach 30 degrees, the required minimum for avalanches.

Puzrin and Gaume claim that the way the hikers pitched their tent was actually a contributing factor to their deaths, rather than the safe haven the hikers thought it would be. According to Puzrin, “If they hadn’t made a cut in the slope, nothing would have happened. That was the initial trigger, but that alone wouldn’t have been enough. The katabatic wind probably drifted the snow and allowed an extra load to build up slowly. At a certain point, a crack could have formed and spread, causing the snow slab to release.” That slab of snow, falling on the hikers while they slept, would have caused massive trauma to some, and forced the rest to rush out of their tent without proper gear, where they then died of hypothermia.

Purzin and Gaume’s theory is now considered the most plausible solution to the Dyatlov Pass Incident. Although it’s impossible to be 100% certain about what befell the hikers that night, the slab avalanche is the best answer to a 60-year-long mystery that has stuck in the consciousness of hikers everywhere. No, it’s not as exciting as vengeful reindeer herders or secret nuclear experiments, but it is a relief to finally have the answers we’ve been waiting for.