It’s about to get a whole lot easier to get around Griffith Park without a car — now the park has a brand new shuttle bus!

For much of its history, Griffith Park — one of the largest urban wilderness parks in all of North America — has been described as a quintessentially L.A. park “because you have to drive to get around it.”

Yeah, we know L.A. is still hopelessly addicted to the private automobile, but the city is making some serious strides in countering that lately — and the much-anticipated Griffith Parkline is a huge and much-needed step in the right direction. 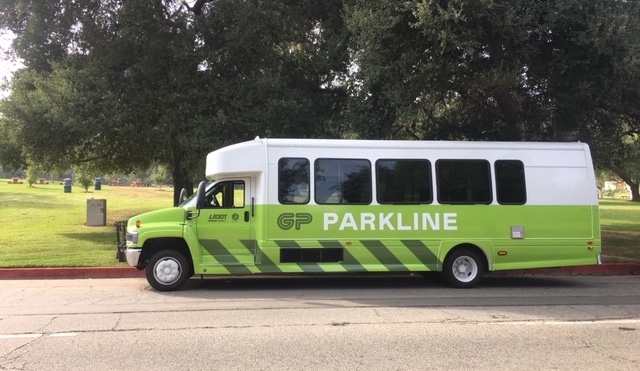 Initially launching on weekends only, from Noon through 10PM, the Parkline shuttle bus will offer FREE rides throughout Griffith Park and connect to other transit options like Metro busses and the DASH Observatory shuttle. Shuttles will be at stops every 15-20 minutes, and each shuttle also has bike racks on the front. Most importantly, the Parkline makes the busy eastern section of the park much more transit-friendly and extends transit options to the north side of the park for the very first time. Parkline riders will be able to get picked up or dropped off at Travel Town, Live Steamers, the Autry and Zoo, Park Center, and the Pony Rides and take that same shuttle to the Observatory and Greek Theatre, too … which really opens up a whole new world of car-free hiking opportunities for its vast network of trails. 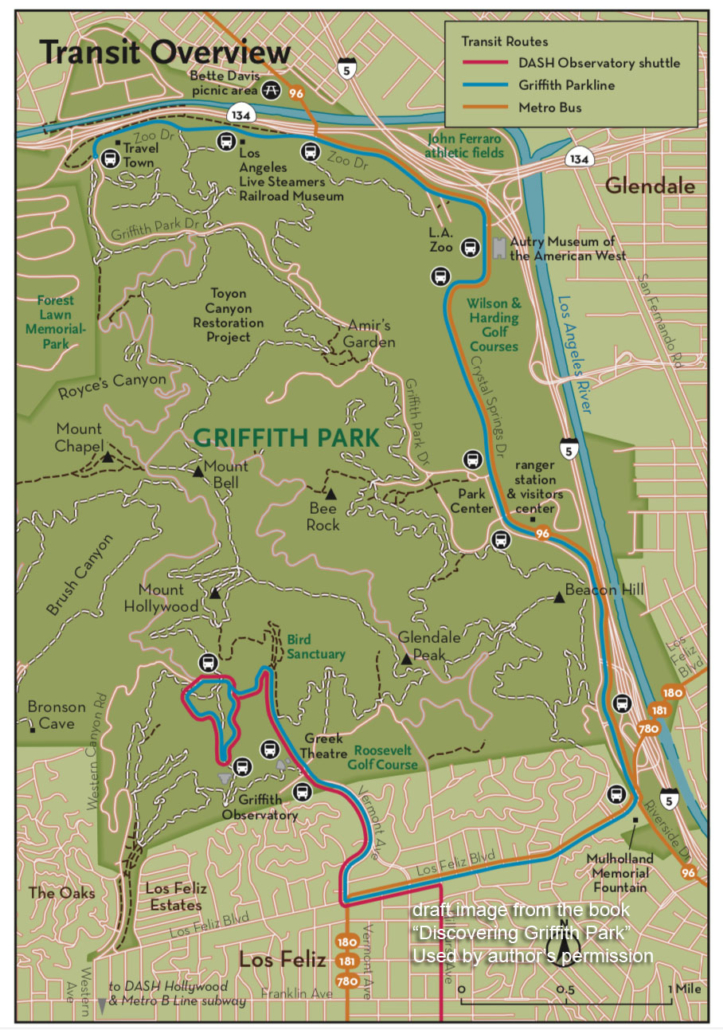 The Parkline officially kicked off at a ceremony on Tuesday, December 3rd at 9AM at Park Center. Rides for the public begin on Saturday, December 7th. 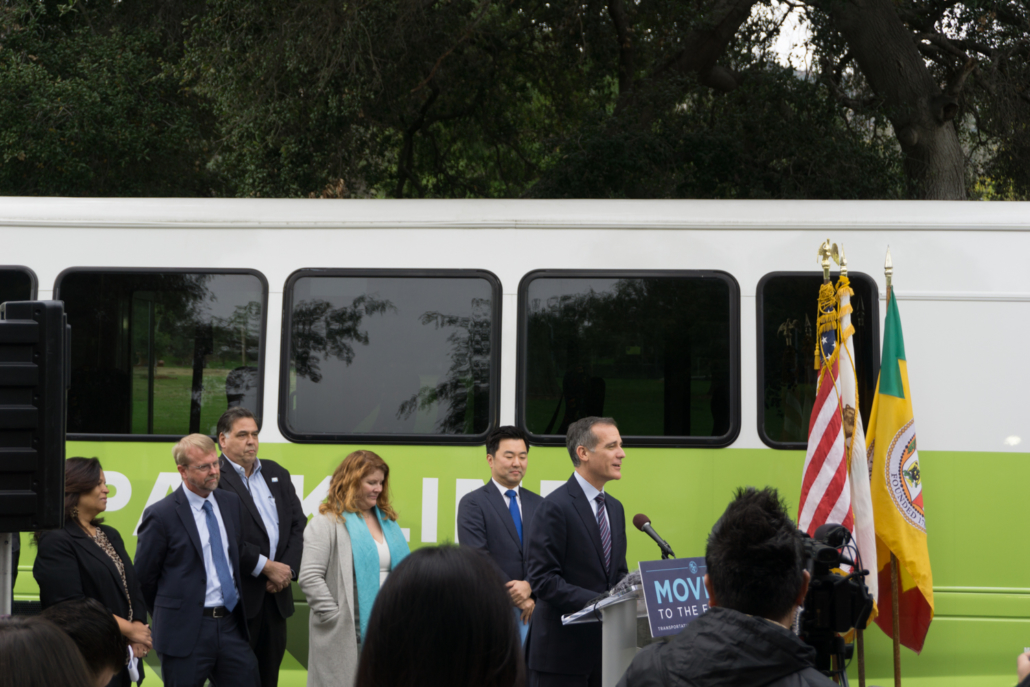 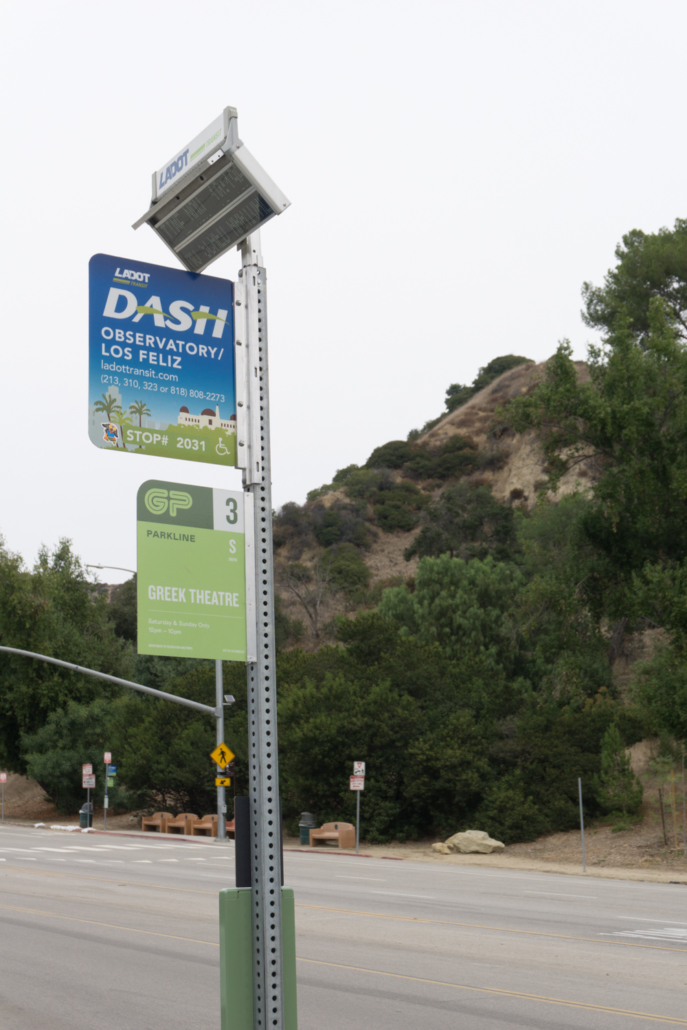 Signs at the Parkline stops are already up!